The Ferry Crossing From Spain To Morocco

A few minutes after crossing back in and out of Gibraltar, we took a relatively cheap (2.15 euros) 30min bus ride from La Linea de Concepcion (Spain’s border town by Gibraltar) to the Spanish port town of Algeciras. 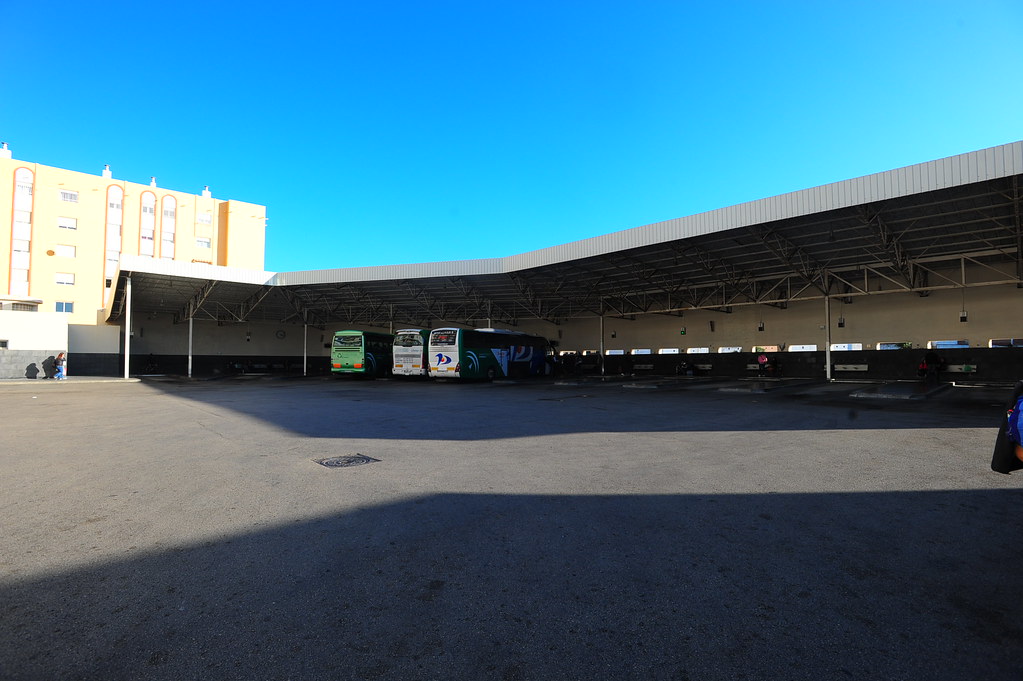 There’s really nothing much to see here. But the whole point of this place is to take the ferry crossing into Morocco. 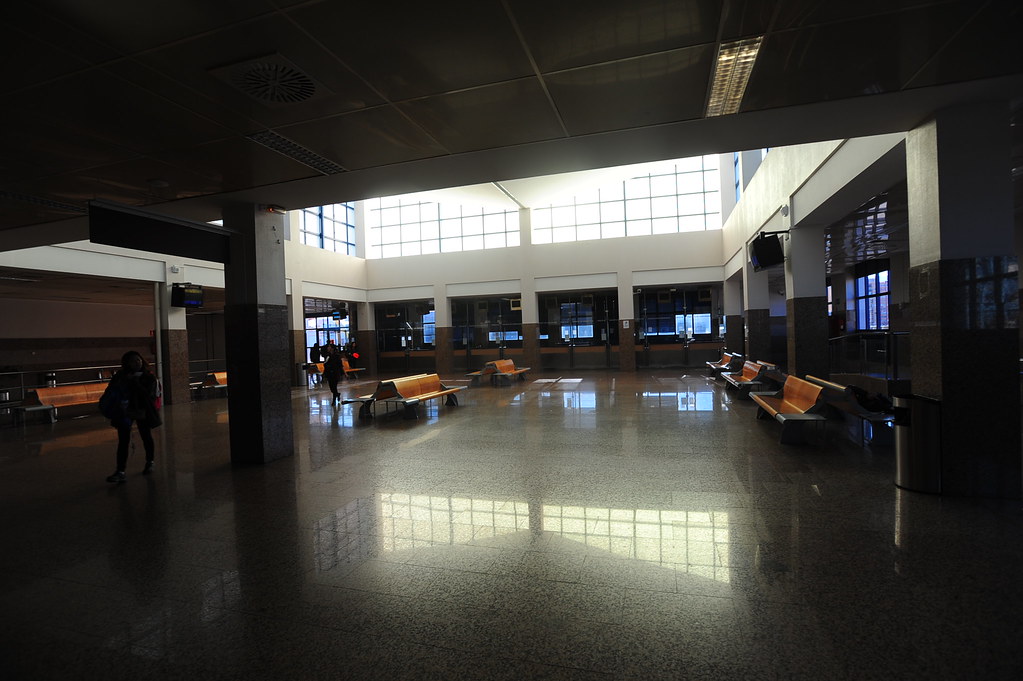 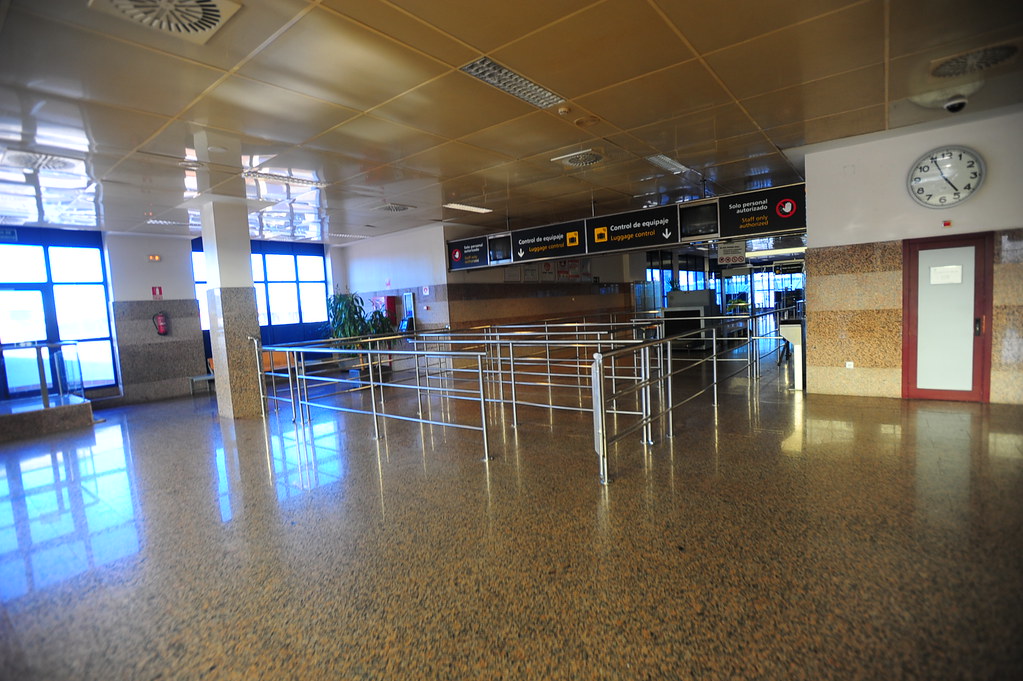 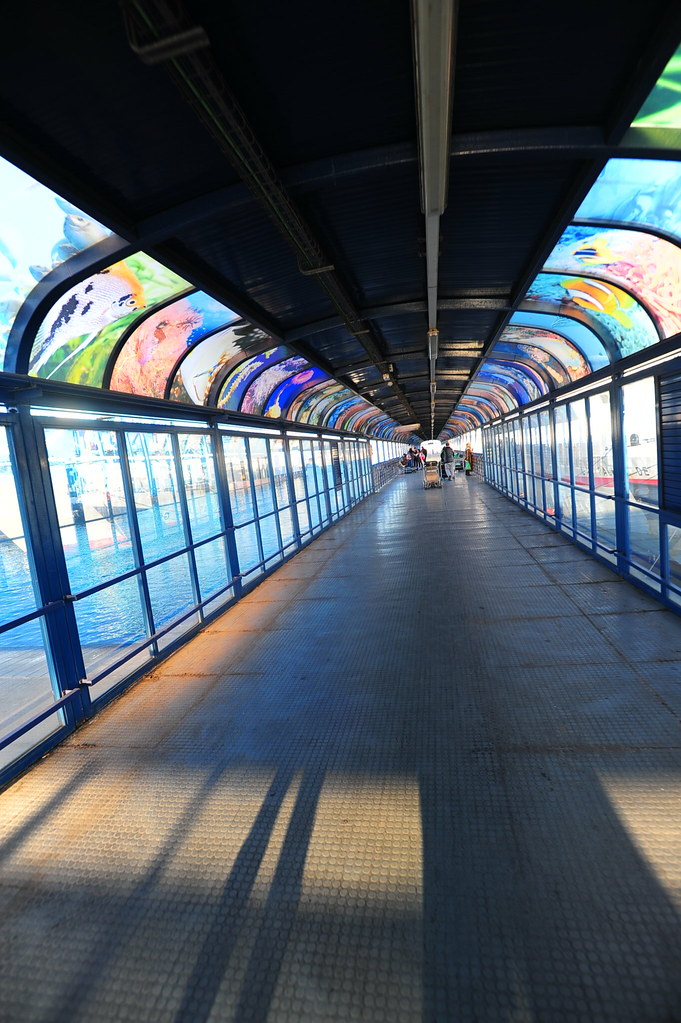 After your passports get exit stamps, head towards the ferry 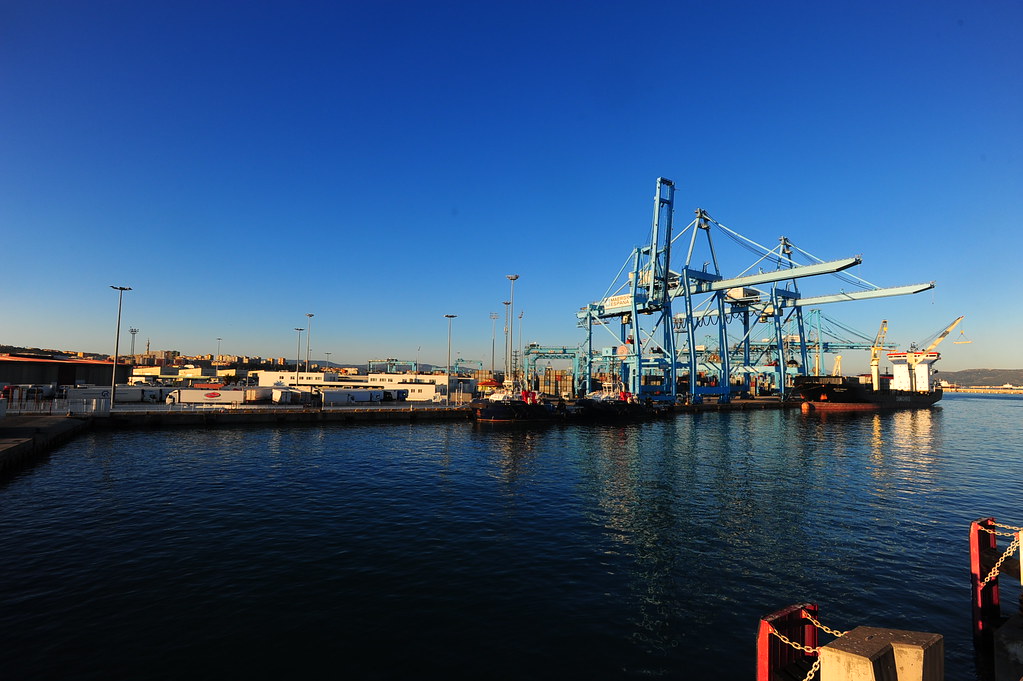 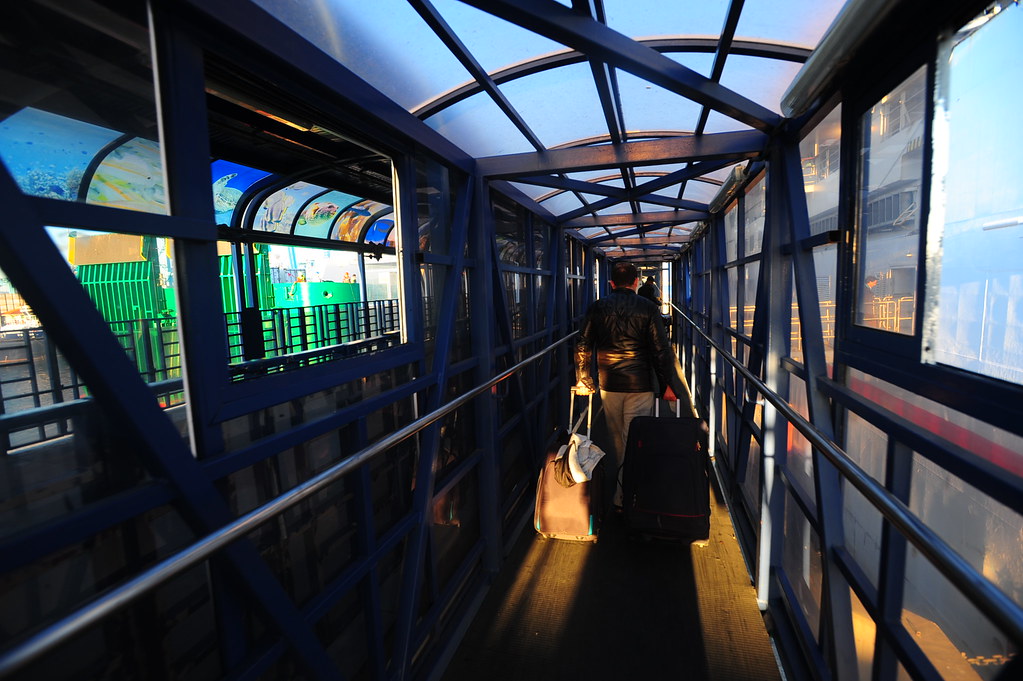 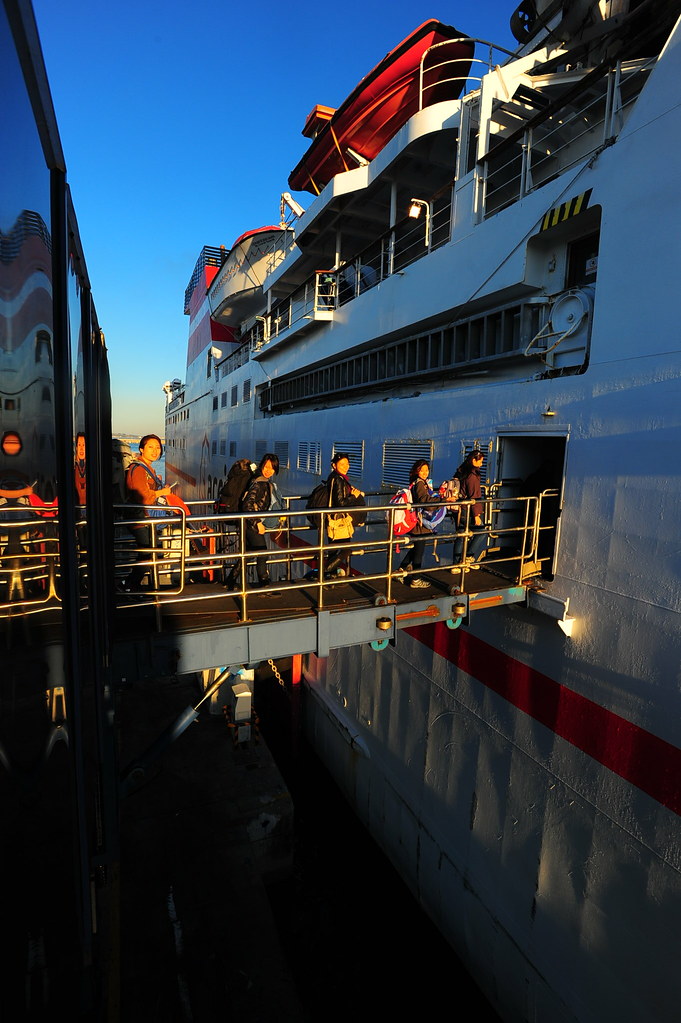 Once you’re on the ship, you’re responsible for getting your Moroccan entry stamp at the information desk on the 3rd floor. They’ll give you forms to fill, and then you wait in line to get it stamped. Simple as that. 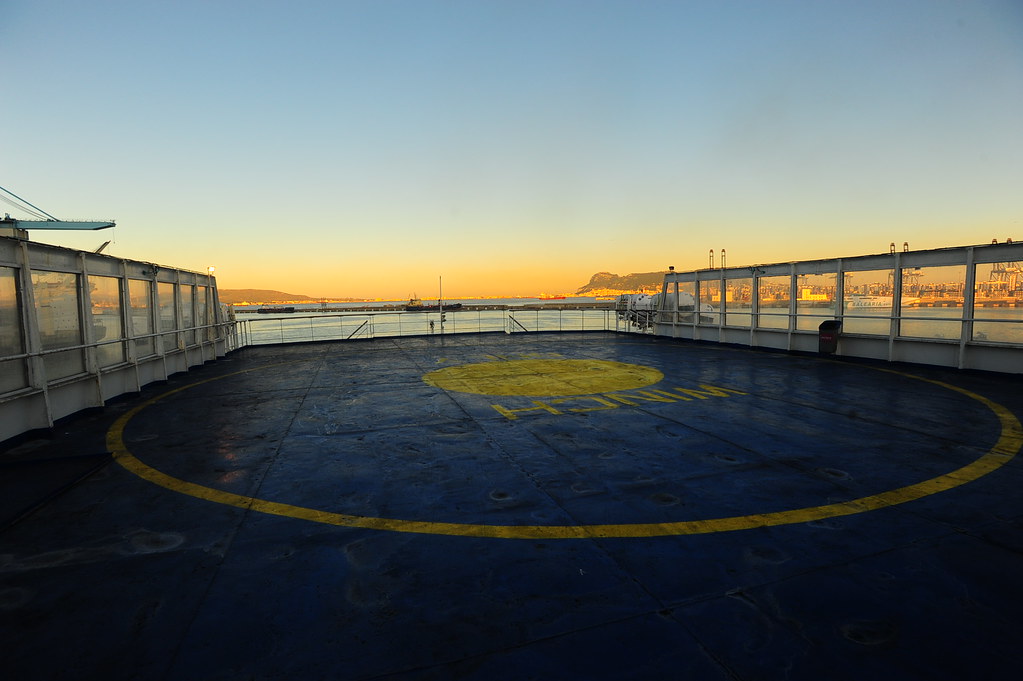 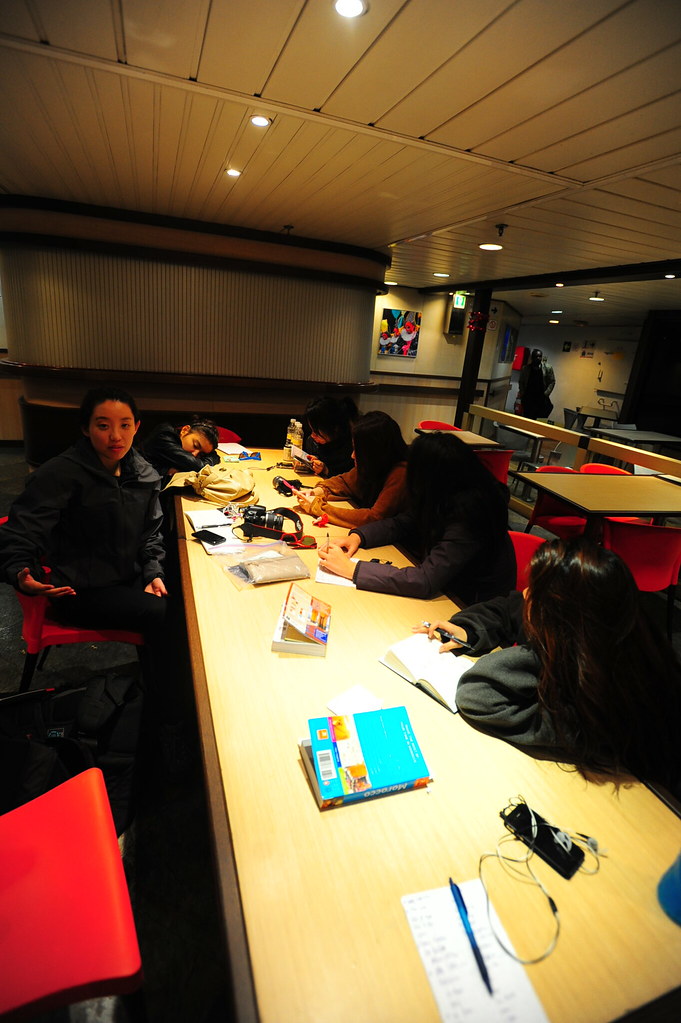 Part of the beauty of taking the 6pm ferry is that you get stunning sunset views over Spain from the back of the ferry, which is quite fitting. So while you’re there taking it all in, give yourself pause to say goodbye to Spain: 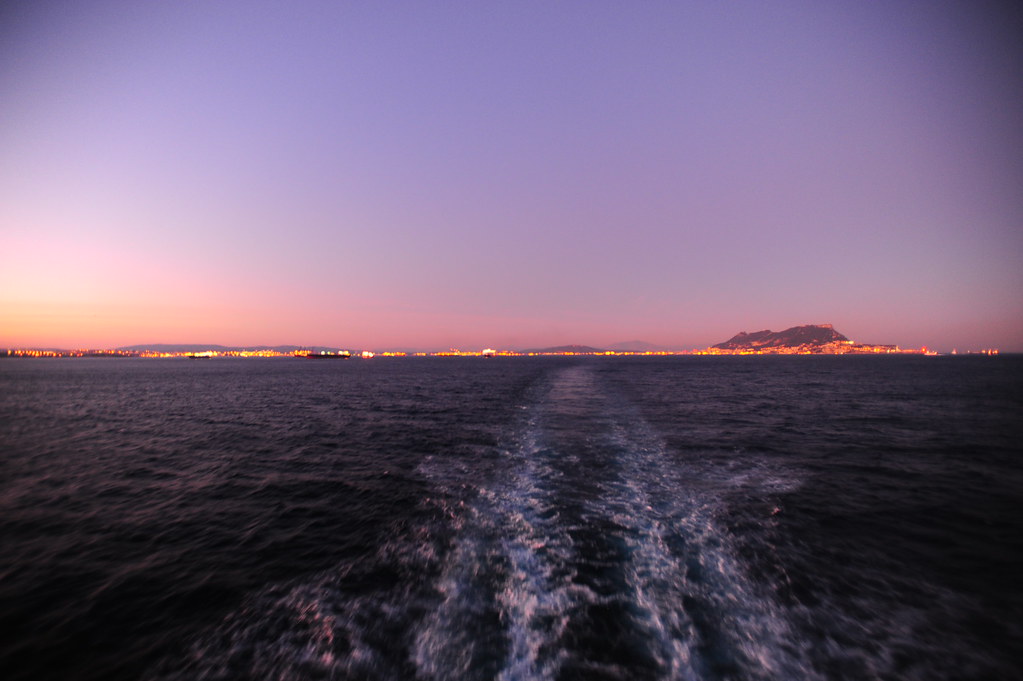 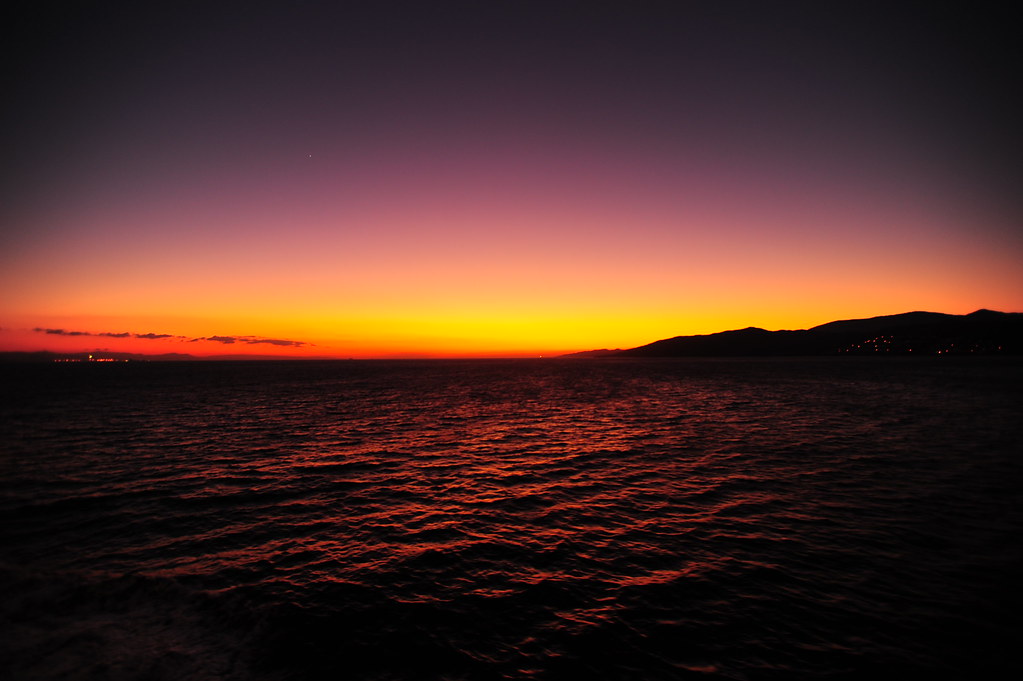 The ferry lasts about 2 hours in full, with about half an hour of it involving the ferry taking its sweet ass time to dock. So take your own time upstairs and don’t wait in the hanger standing around all that time like we did: 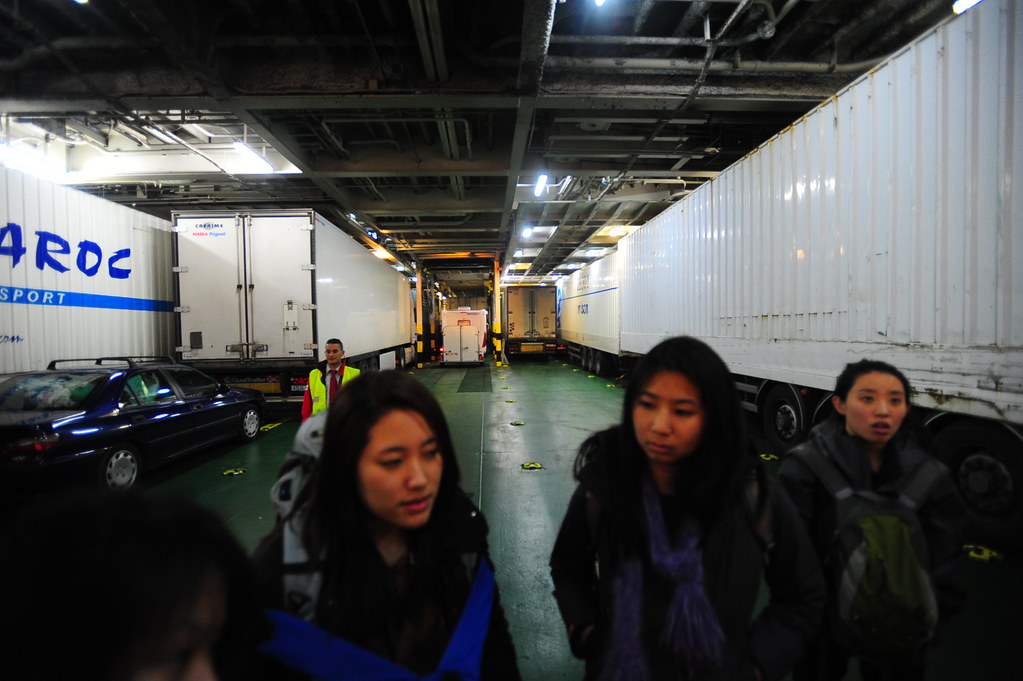 But once the doors open, follow the vehicles out… 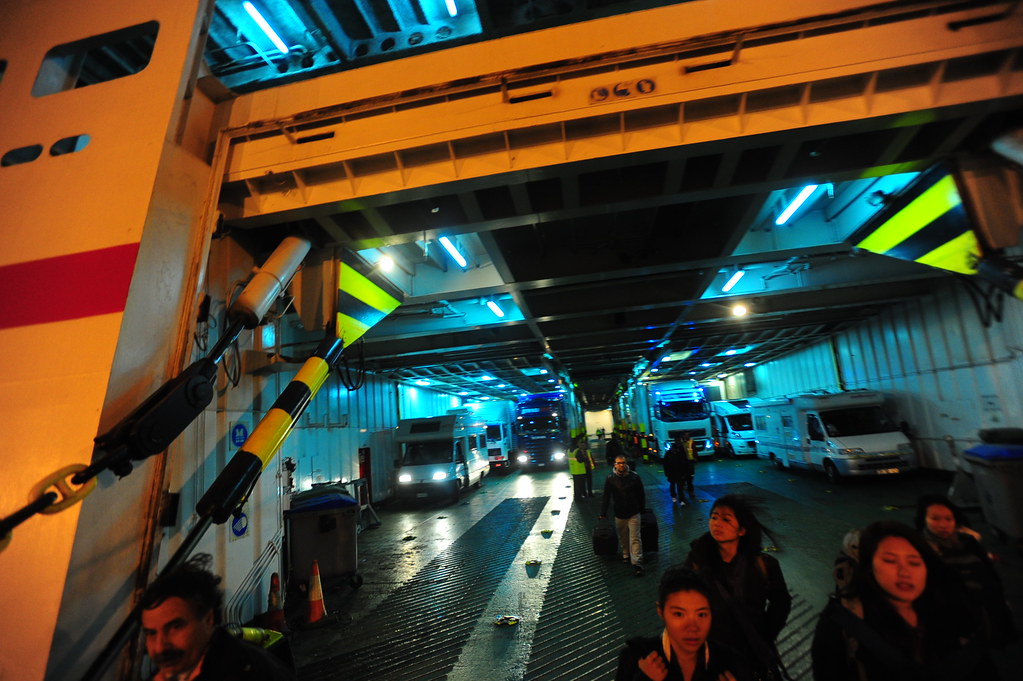 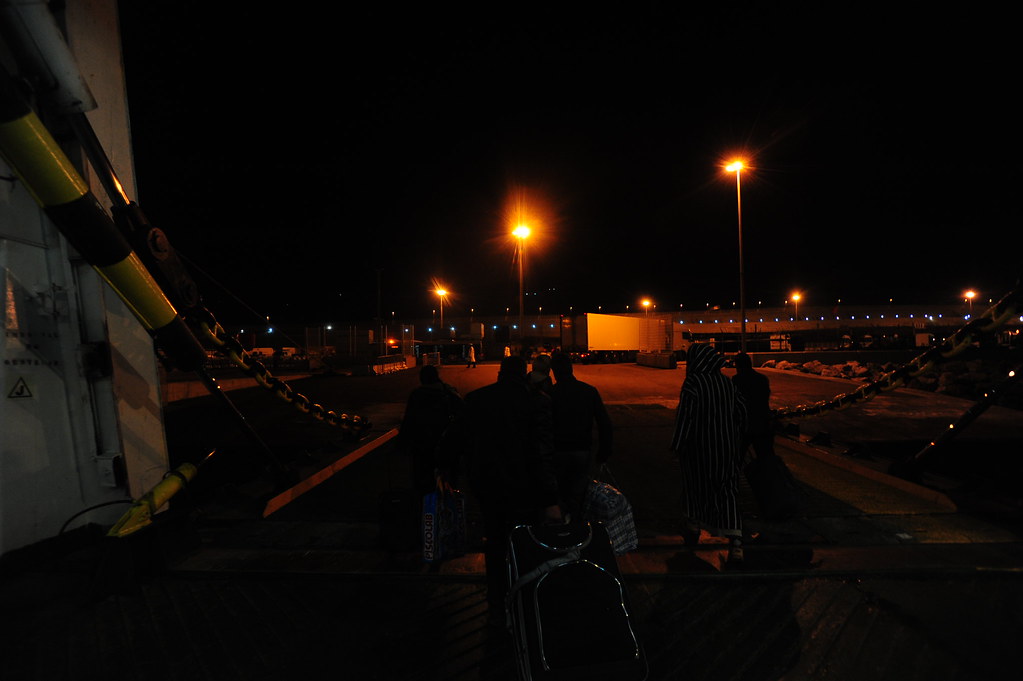 …and then you’re in Tangiers, Morocco. For most of the people in our group, this was their first time in Africa. 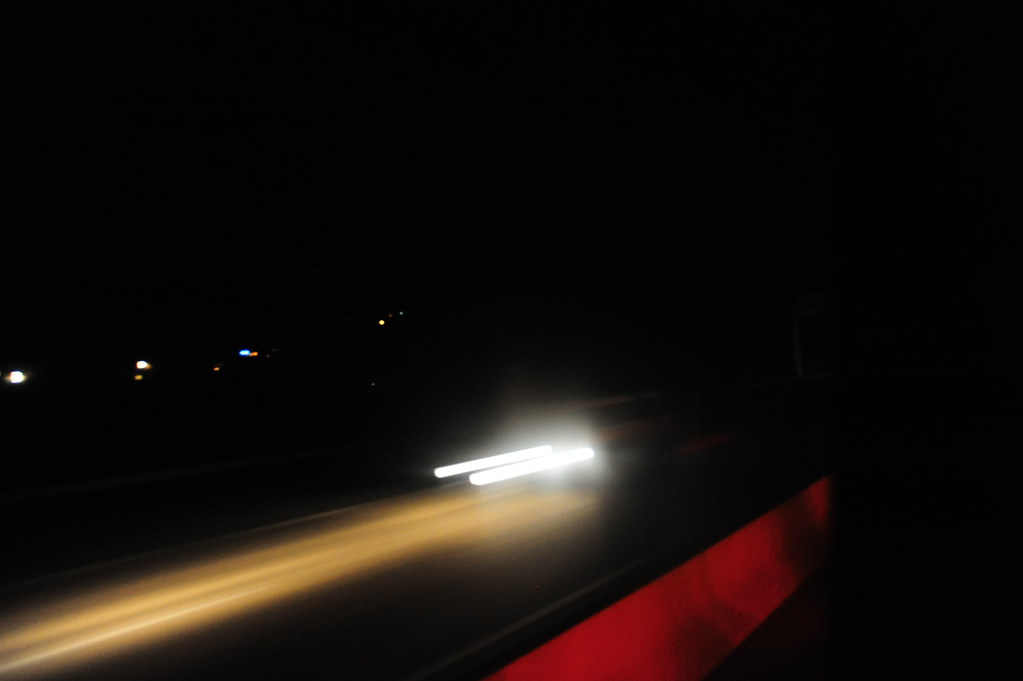 Unfortunately, Lonely Planet says that you can ask your shuttle bus driver to take you as far as the nearby train station after the bus stops at the bus station. For us, this was not the case. This driver kept insisting “this is finished. this is the end.”

So we ended up getting off the bus, dodged pushy taxi drivers and walked 15 minutes over to the train station. 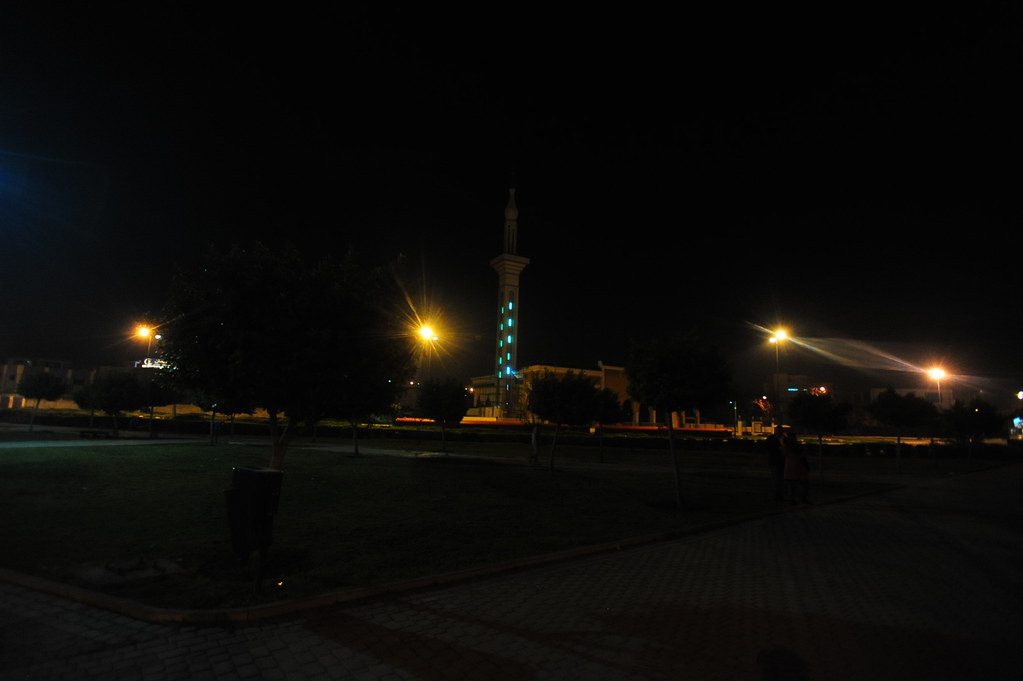 So if you ever find yourself as lost as we were in Tangers, and it’s the middle of the night and you don’t feel like talking to anyone (they probably won’t understand you anyway unless you speak Moroccan Arabic or if you’re lucky, French), simply walk west from the bus station.

It will be on your right like a gleaming jewel; the brightest building of the night. 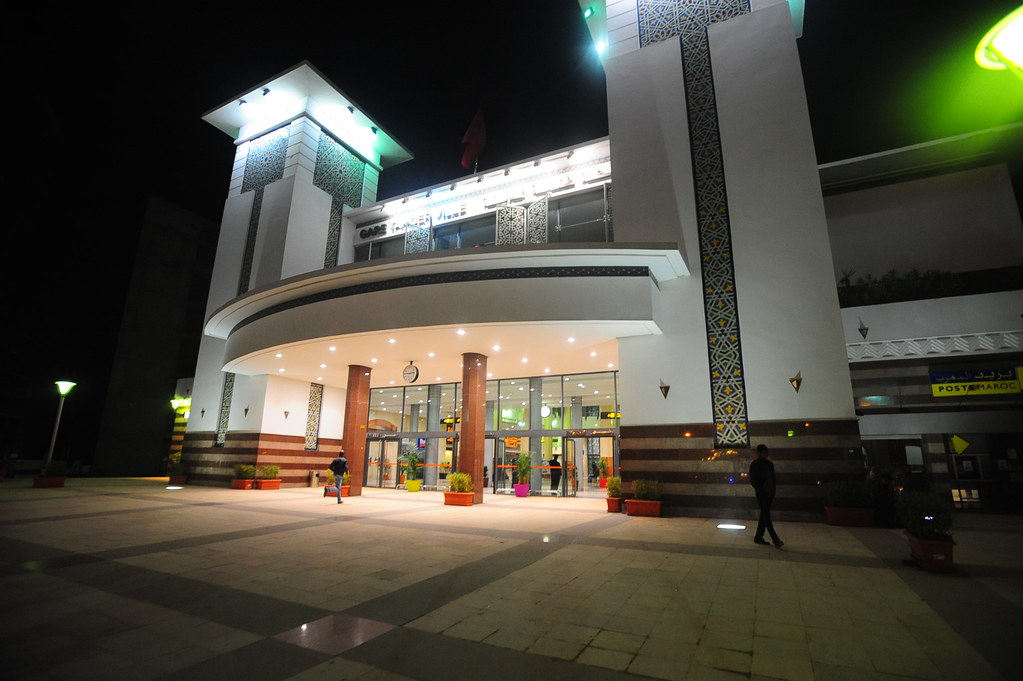 Morocco has this policy that train tickets in Morocco cannot be purchased outside the country. Therefore, we had to buy our tickets immediately upon arrival, which would have been risky for a group of 8 if this was high season or there was a pilgrimage going on.

Once we reached the station, we bought our tickets from Tangiers to Fez about 5 minutes before departure and got on the train as it blew its whistle: JUST IN TIME. We were feeling pretty good about ourselves that moment… 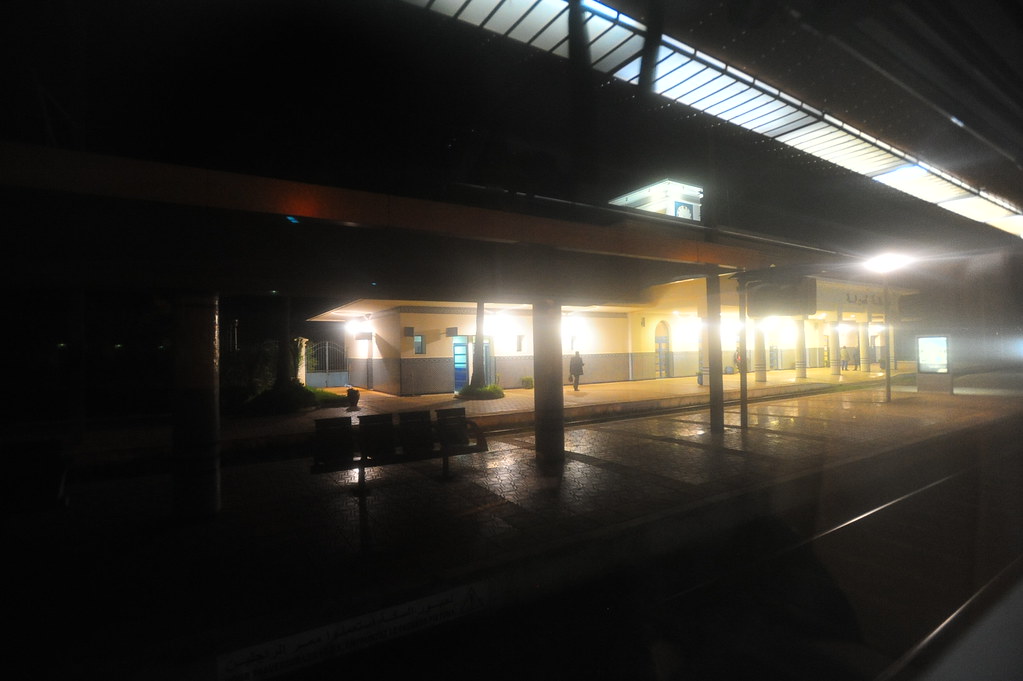 …that is, until we realized we overslept our connecting train and got stuck in a city called Kenitra at 3am in the morning. 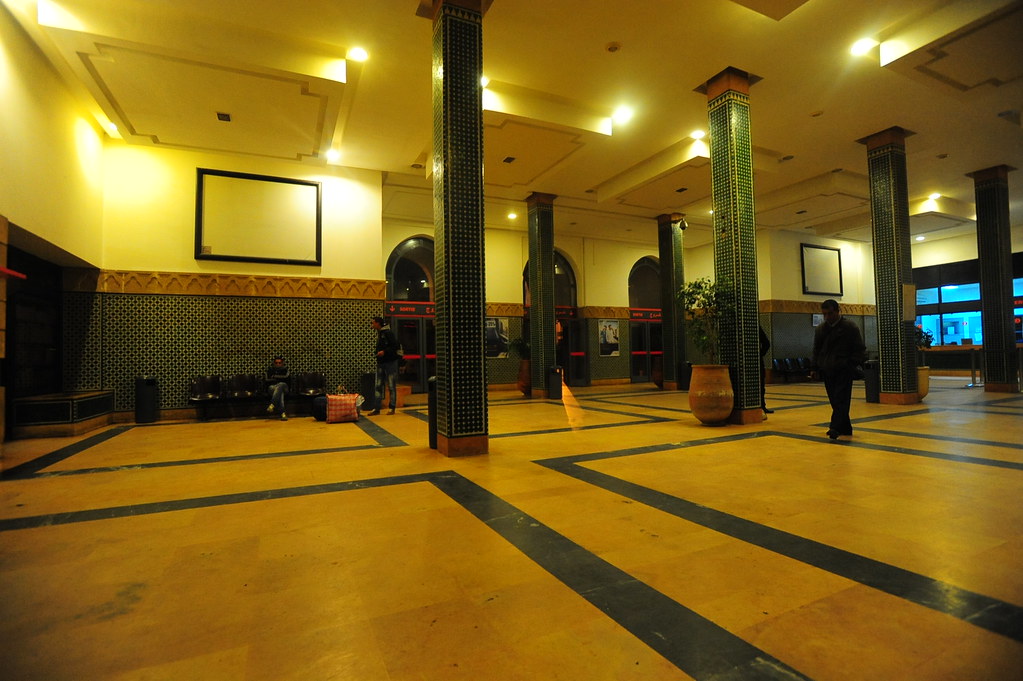 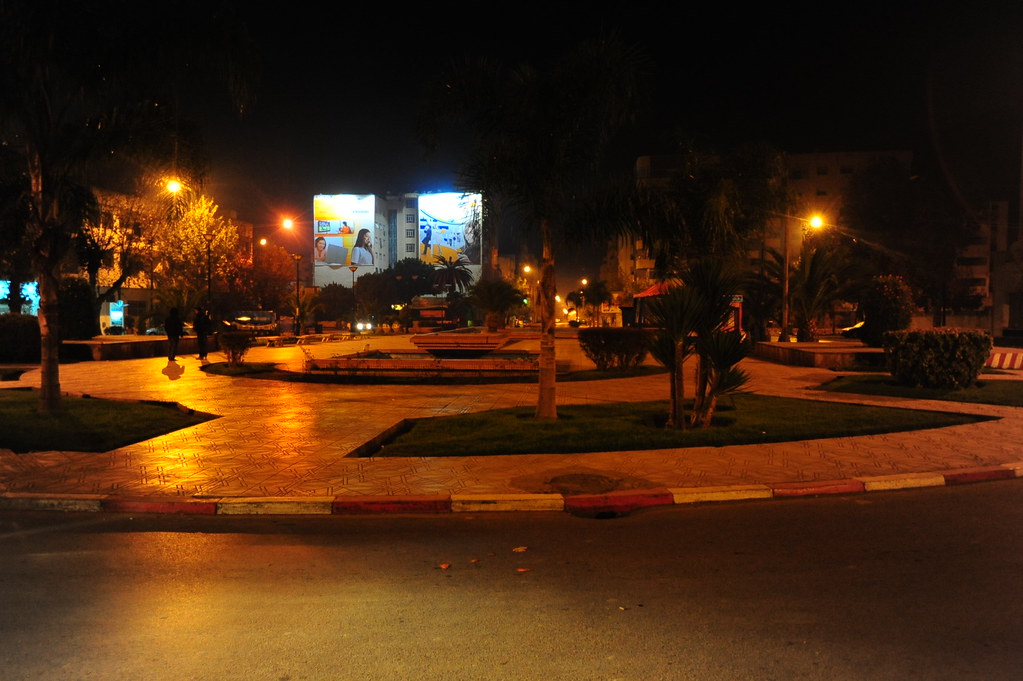 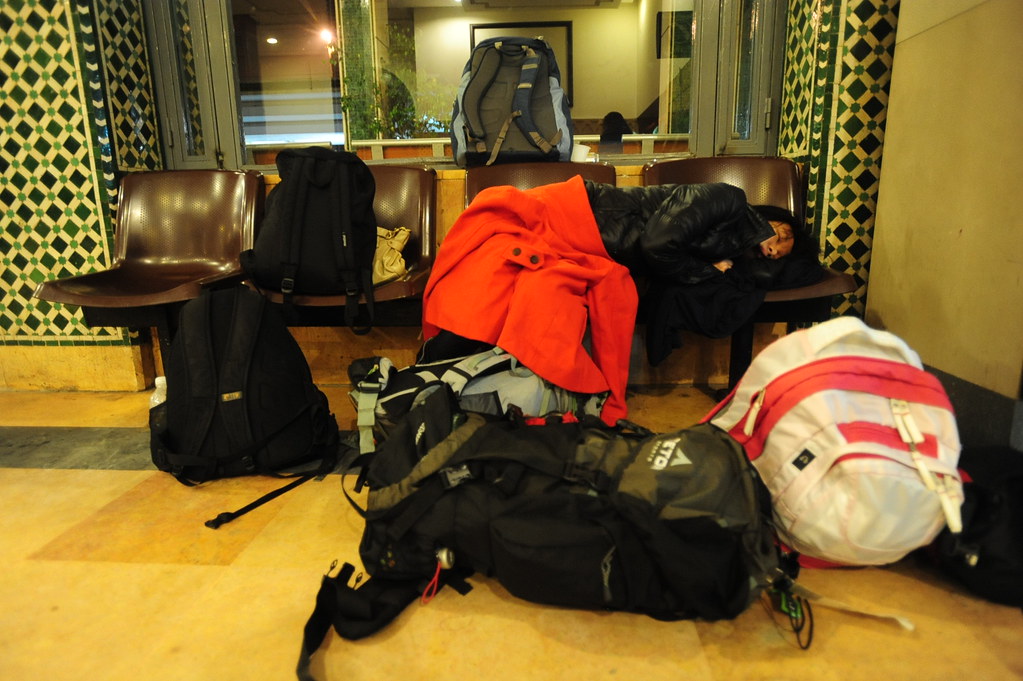