Well someone has their priorities straightened out: 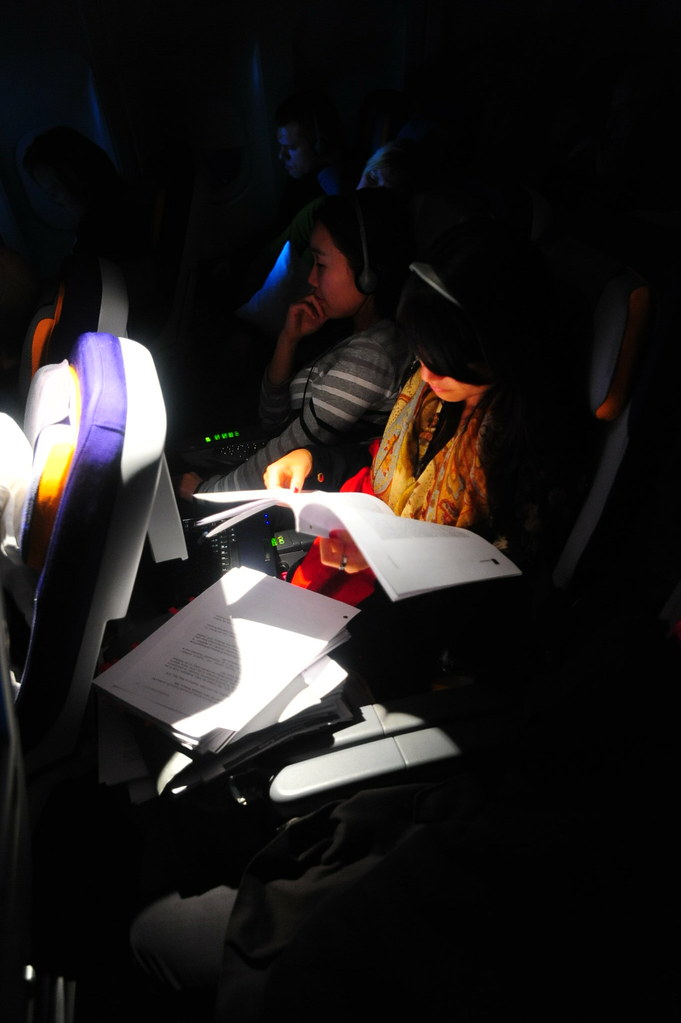 She better get all that done so I can have the satisfaction of dumping all her schoolwork in Iran. 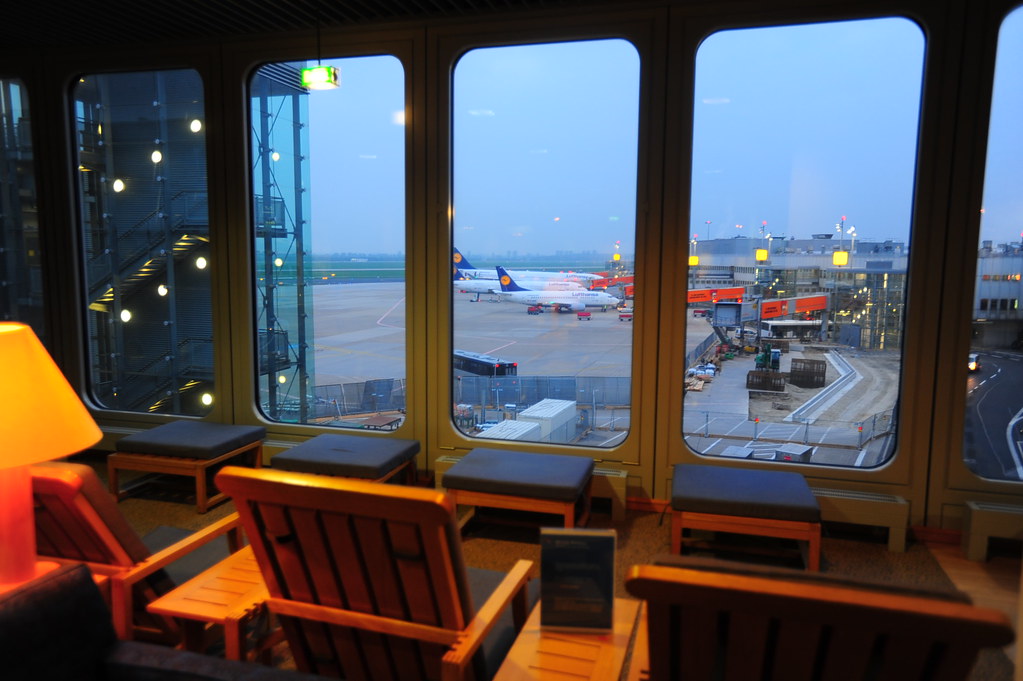 My free access to British Airways lounge: Everything ‘backpacking’ shouldn’t be

All good things come to those who wait.

Given the current “situation” between the political powers of USA and  IR Iran, there’s no convenient one way flight getting to Tehran. So instead of grousing over the number of long layovers needed to get there, I took full advantage of the circumstances and scheduled in 10-15 hour layovers in countries I’ve never been to before (Germany, Switzerland). That way our trip also conveniently includes a buffet-style sampling tour among 3 different facets of Western Europe, which should nicely complement with what we’ll see in Iran.

The narrative of the trip so far begins with my meeting up with Charlie’s Angels (Cynthia, Anna and Nina, who are of the same lineage in Columbia’s chapter of Kappa Phi Lambda) at Newark Airport, and with Sonny joining us shortly afterwards. After landing in Dusseldorf, the four of them immediately caught a connecting flight to Vienna to meet up with Evan and Jing (who were coming in from Washington DC and Los Angeles, respectively), while I had to stay behind for another 3 hours. That said, I decided to milk my free access to the British Airways lounge for all it was worth (free merlot and apple juice!).

When I got to Vienna, I set out by myself to find all of them in the city which wasn’t too hard. 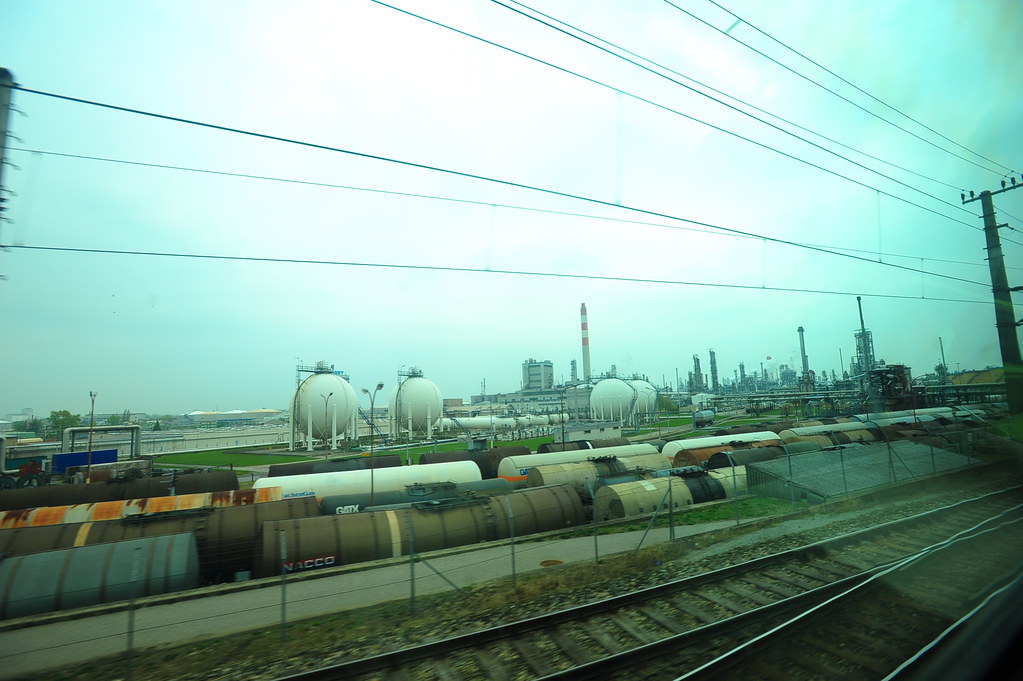 C’mon Vienna, I know you can be prettier than this 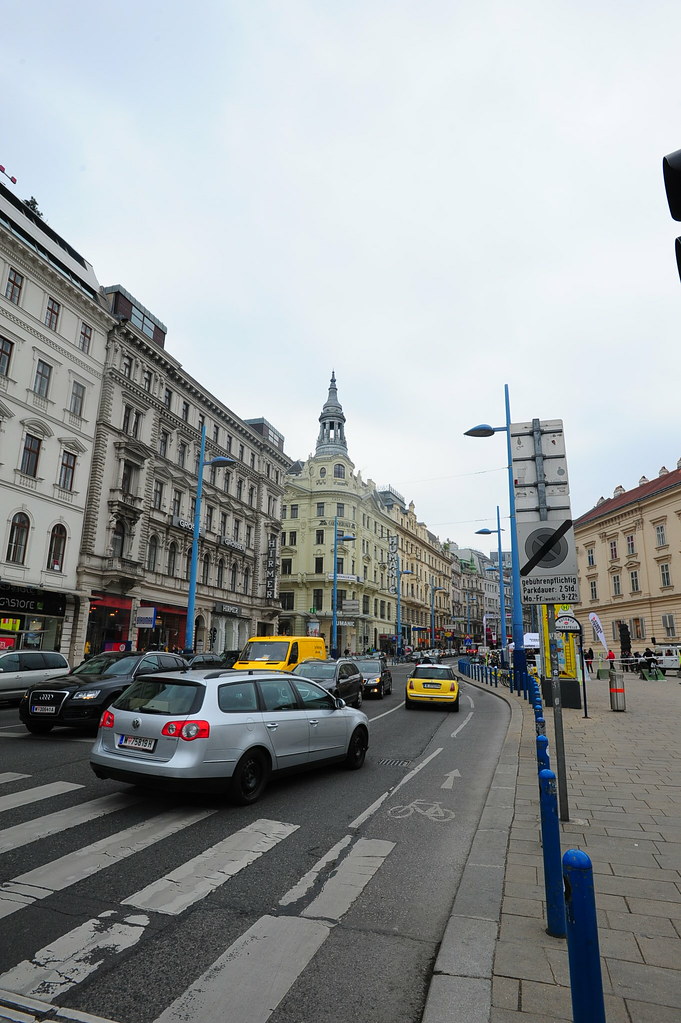 It took me about 16 minutes to get from the airport to the city center via the CAT train (18 euros for a roundtrip ticket) where I met them shortly afterwards in front of the Art History museum.

After a brief bit of introductions, we were on our way. Vienna in 8 hours! 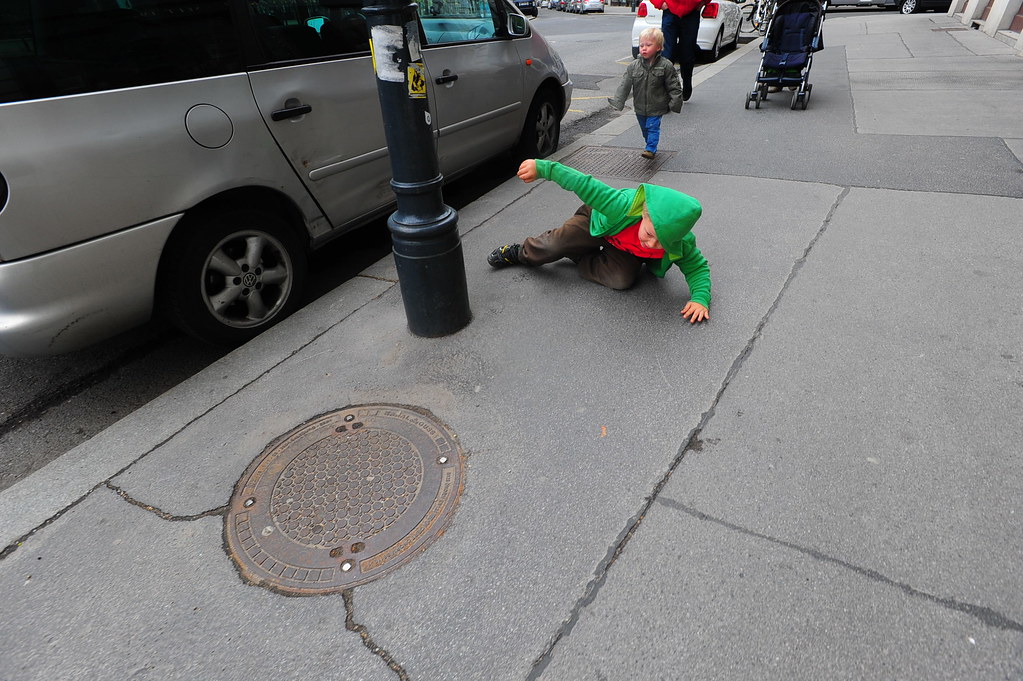 This kid was having way too much fun 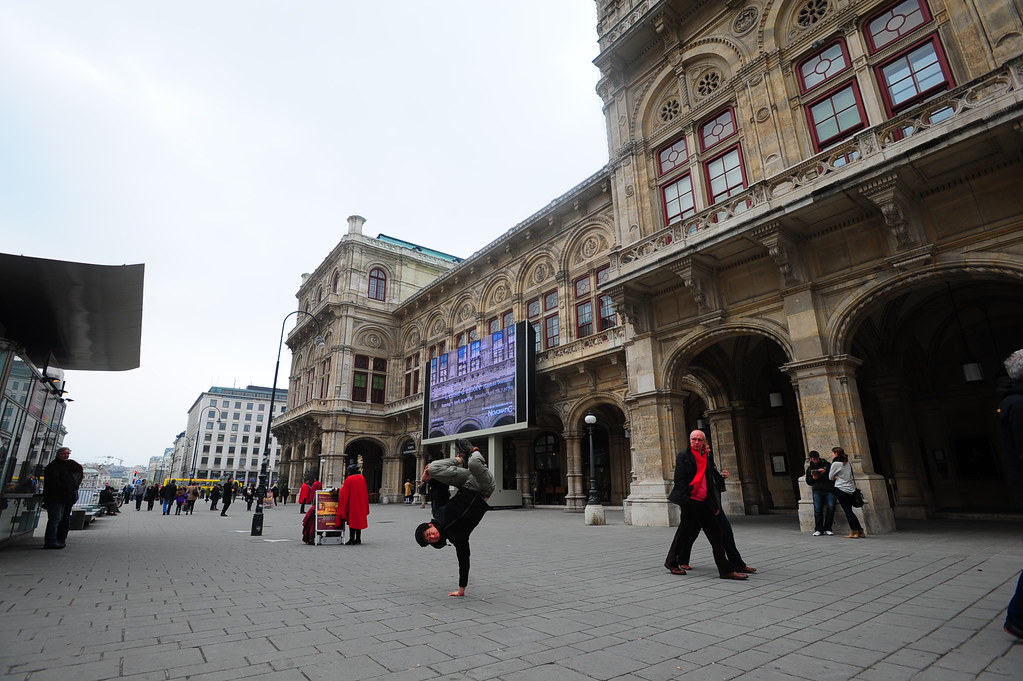 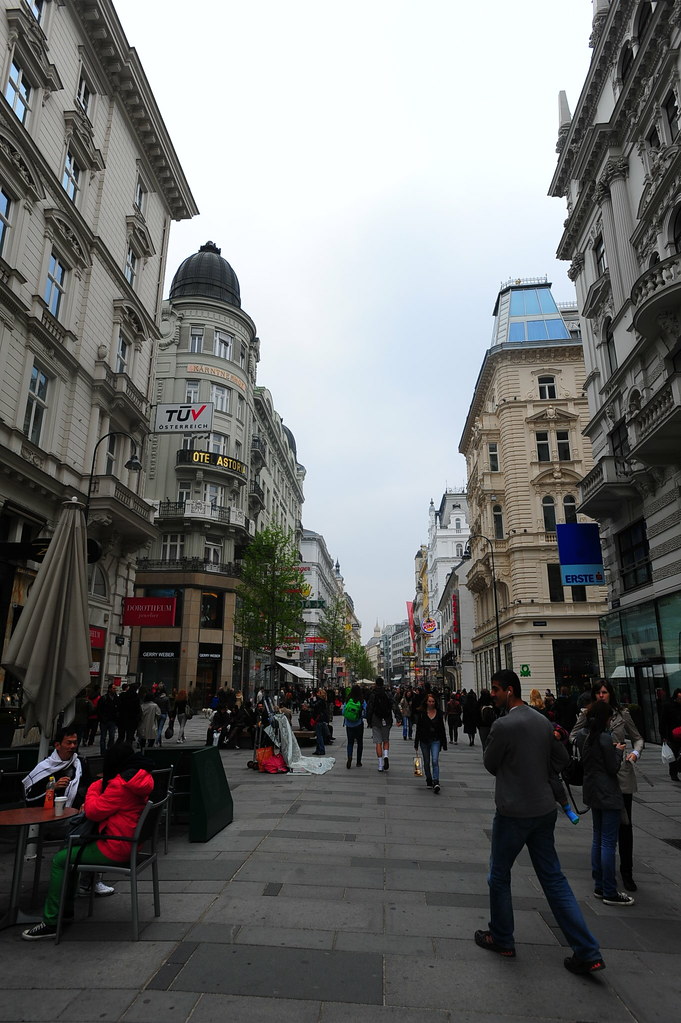 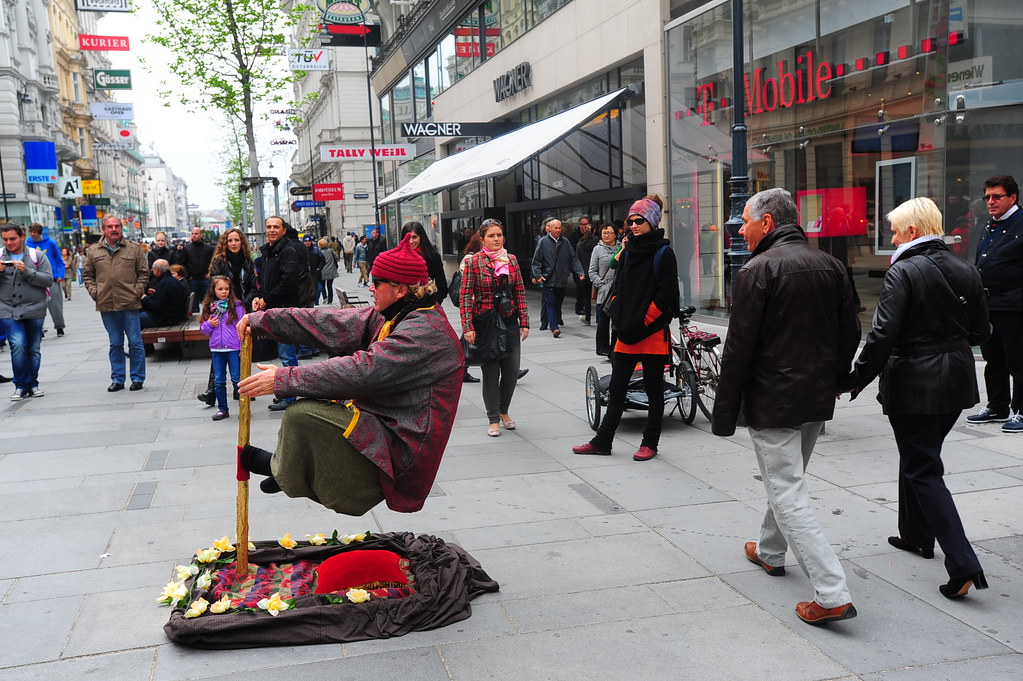 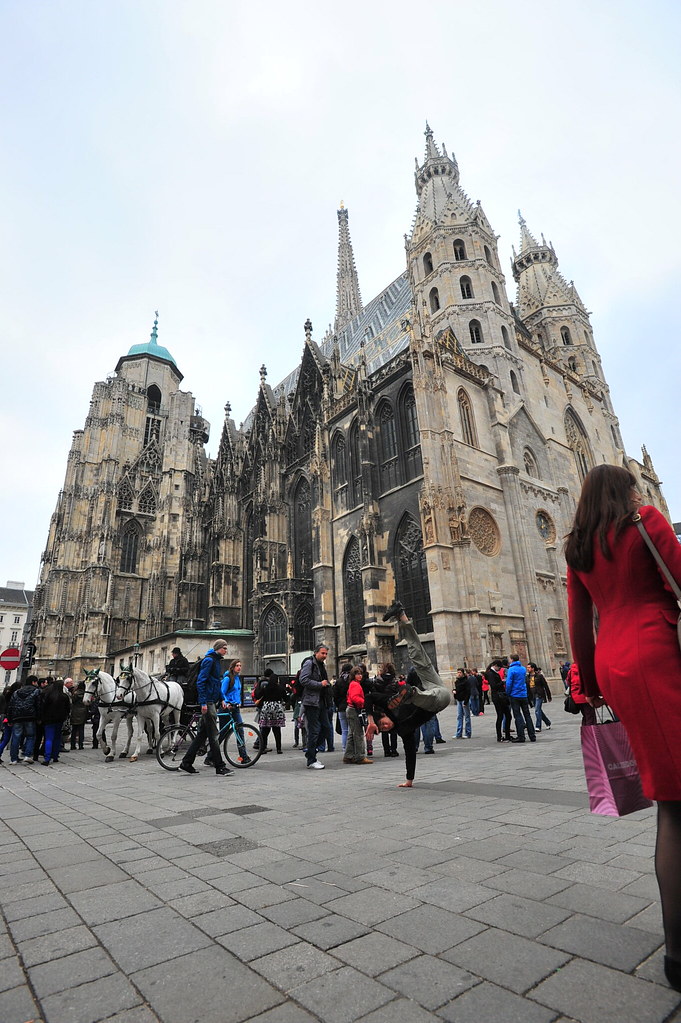 One of the highlights of Vienna was taking them to Schonbrunn Palace, where I had a score to settle.

Somewhere in my old marble notebook journals, I have this embarrassing photo of me where I’m posing on the steps of Schonbrunn as an 11 year old, wearing an ugly oversized plaid shirt (swear to god that picture is the reason why I avoid plaid) and ridiculous noodle-bowl haircut.

So I promised myself that I would one day come back to Schonbrunn and take another picture, but this time with me looking a little more badass. So 14 years later… 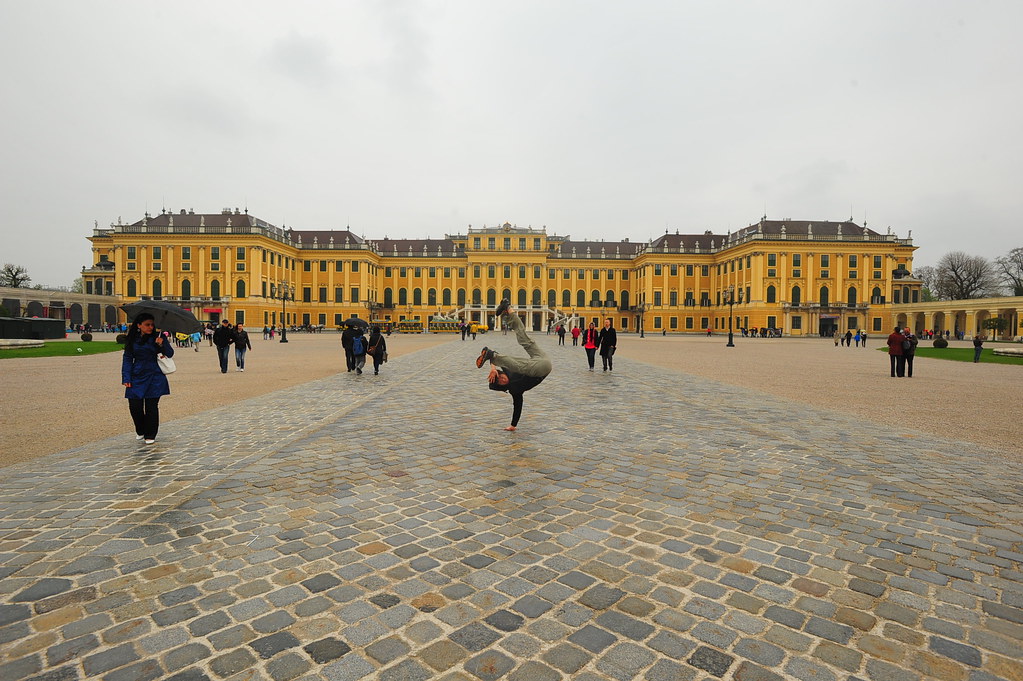 I keep my promises. 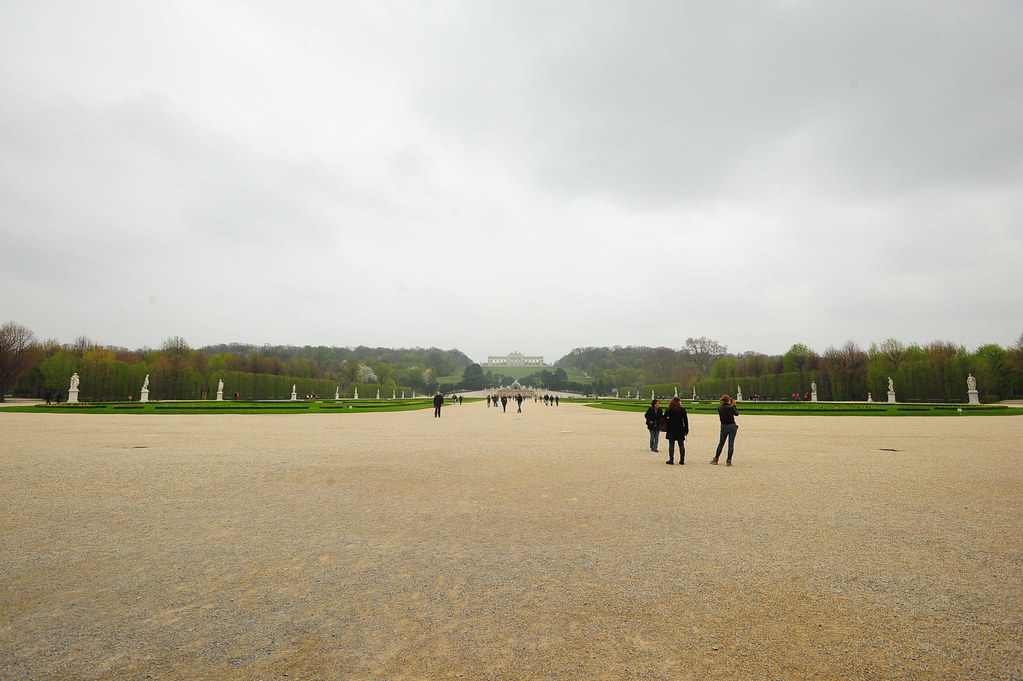 And somewhere near the end of the day, we realized that much of Vienna is capable of wifi. Not even a full day after leaving stateside, and look what happens to people with iPhones: 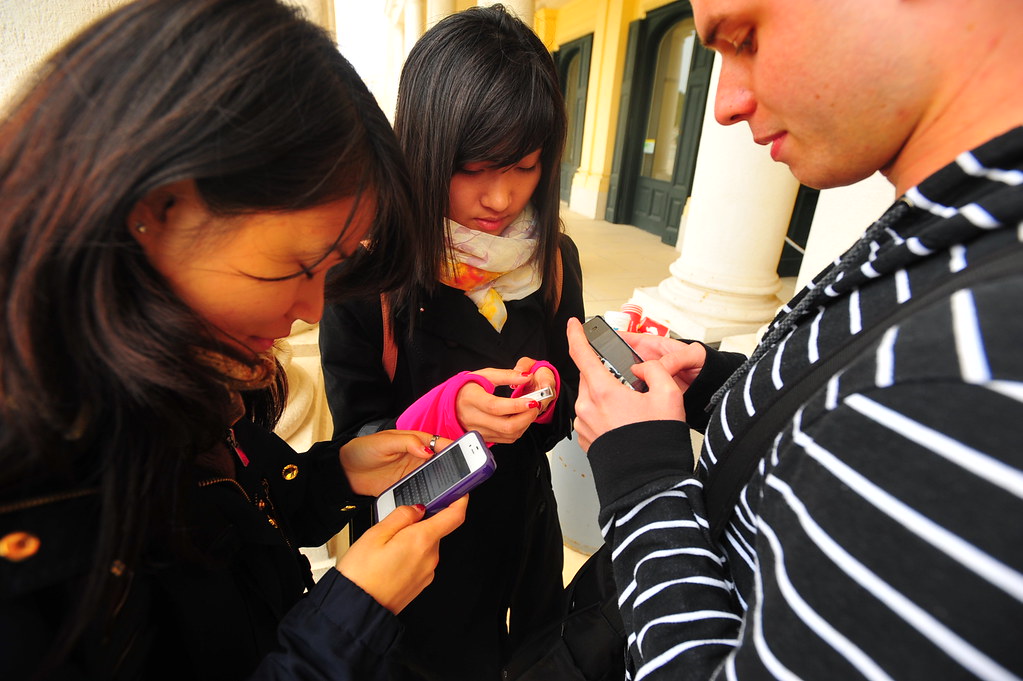 Oh well. At least we’re not eating at a McDonald’s.

We’re now back at the airport, waiting on our flight to Tehran. I’m hoping that we’ll get internet there, or else this might be the last entry you’ll be getting from us for the next 5-6 days. Fingers crossed!