To See Half The World: Esfahan 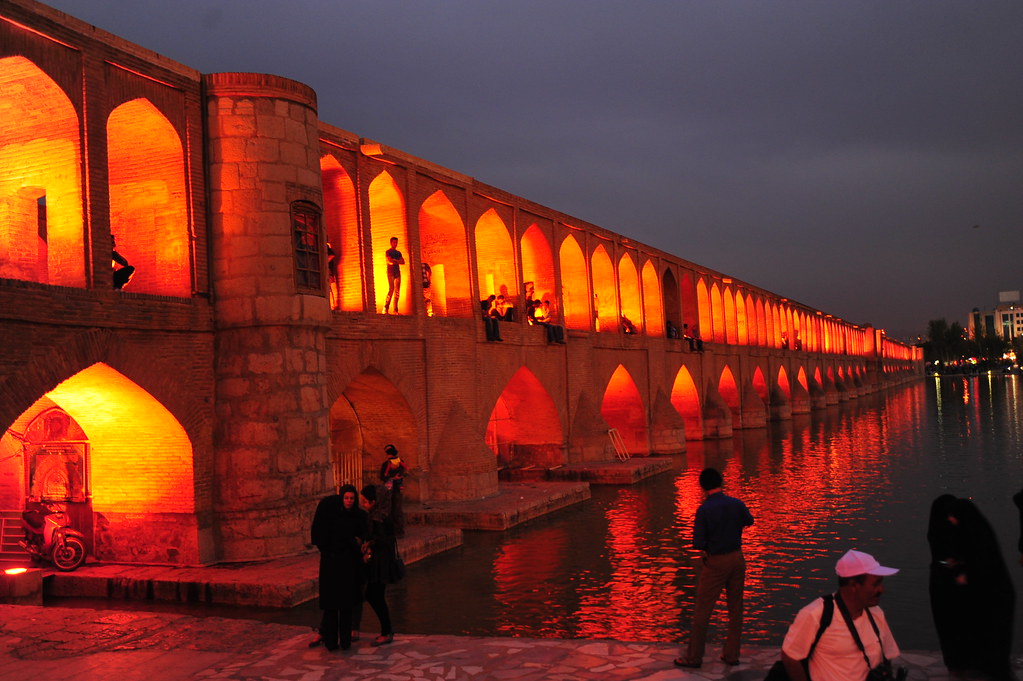 They call my hometown New York City “the city that never sleeps.”

They call Petra, “The Rose city, half as old as time.”

They call Luang Prabang, “The Pearl of the Orient.”

They call Uganda, “The Pearl of Africa.” (thanks Shivani!)

And they call Chiang Mai, “The Rose of the North.” 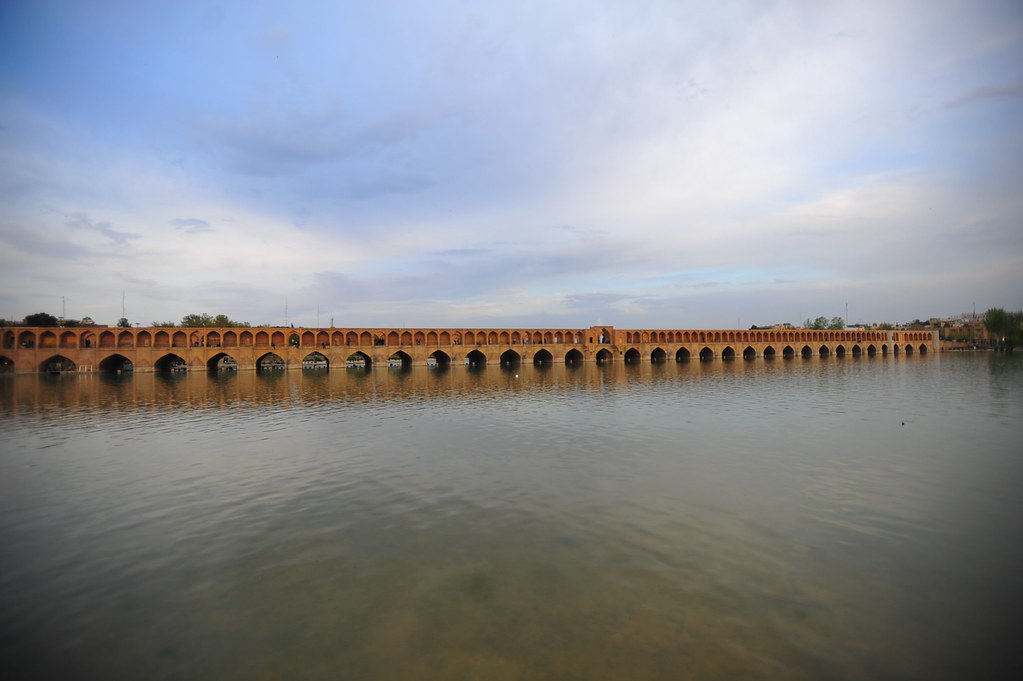 Esfahan, “The Half of The World.” 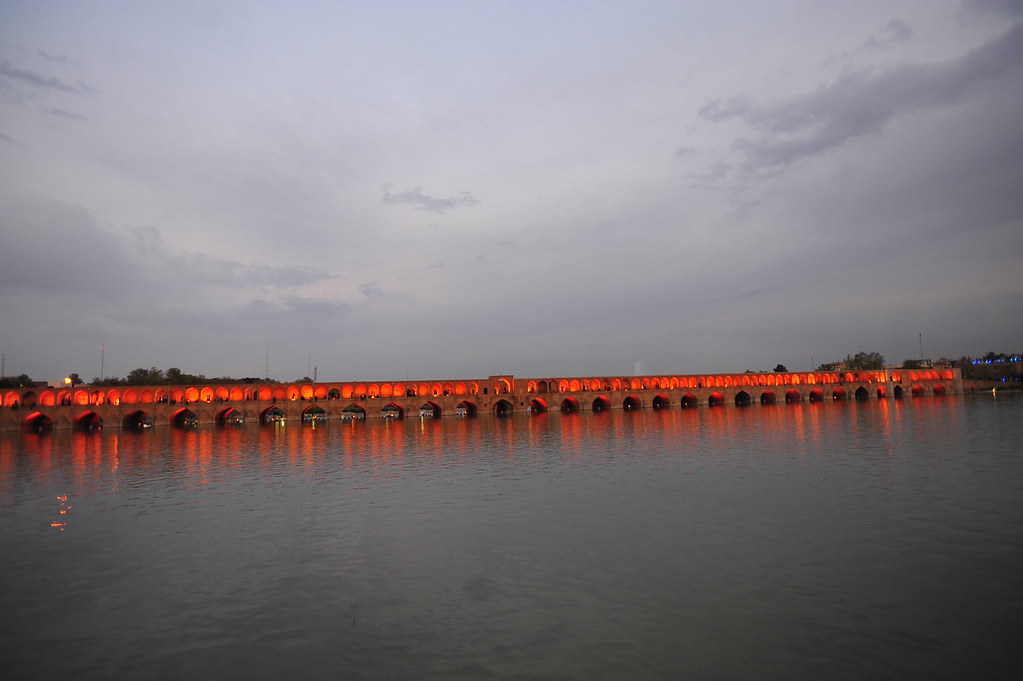 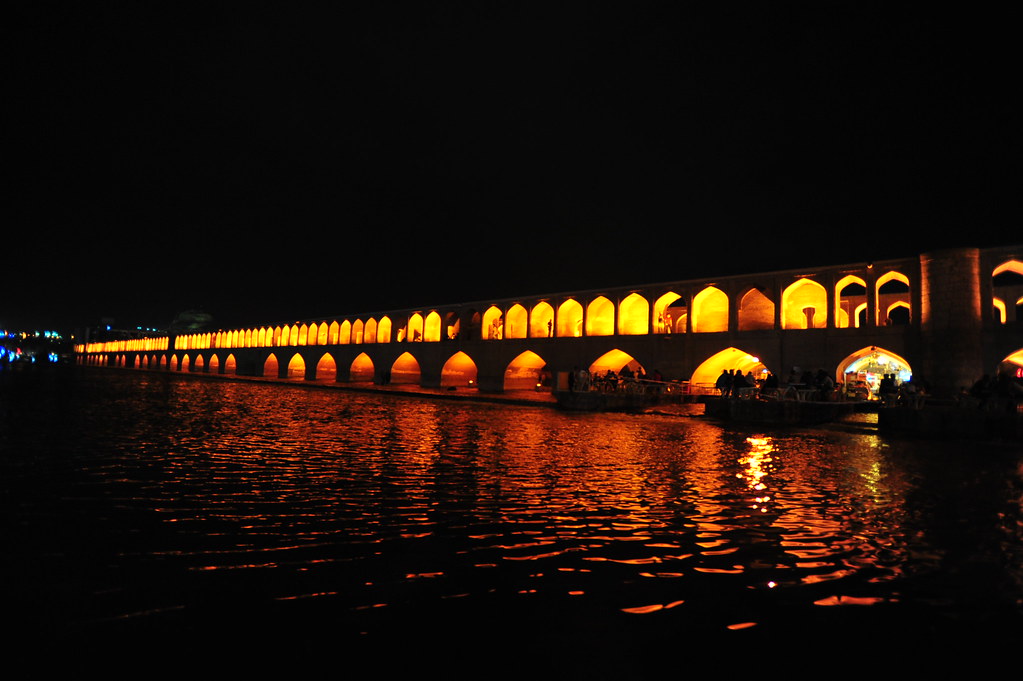 Taglines for cities must be more than a gimmick; they have to come from somewhere. So you can understand how my expectations were raised when arriving into Esfahan, knowing that I was about to see a city that the Persians regarded so majestic they would call it Nesfe Jahan (“half of the world”). 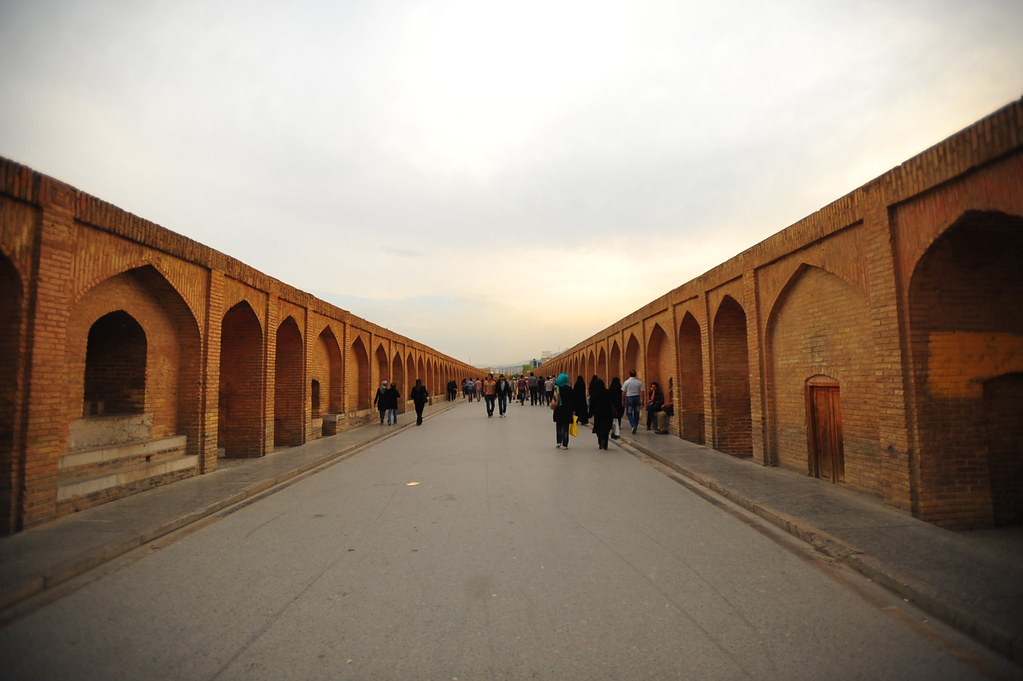 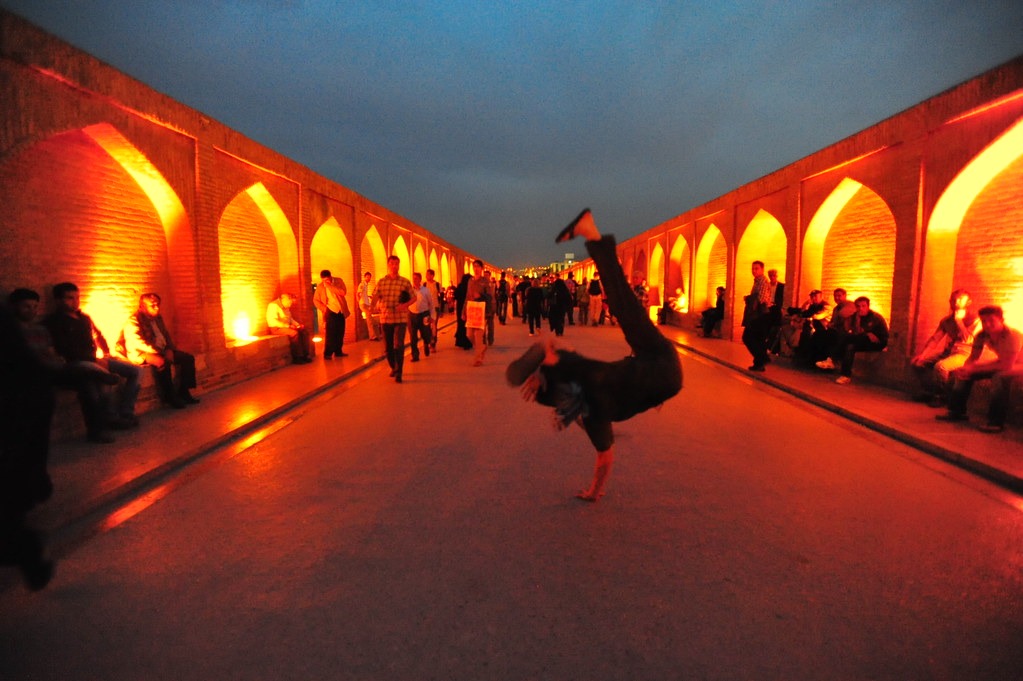 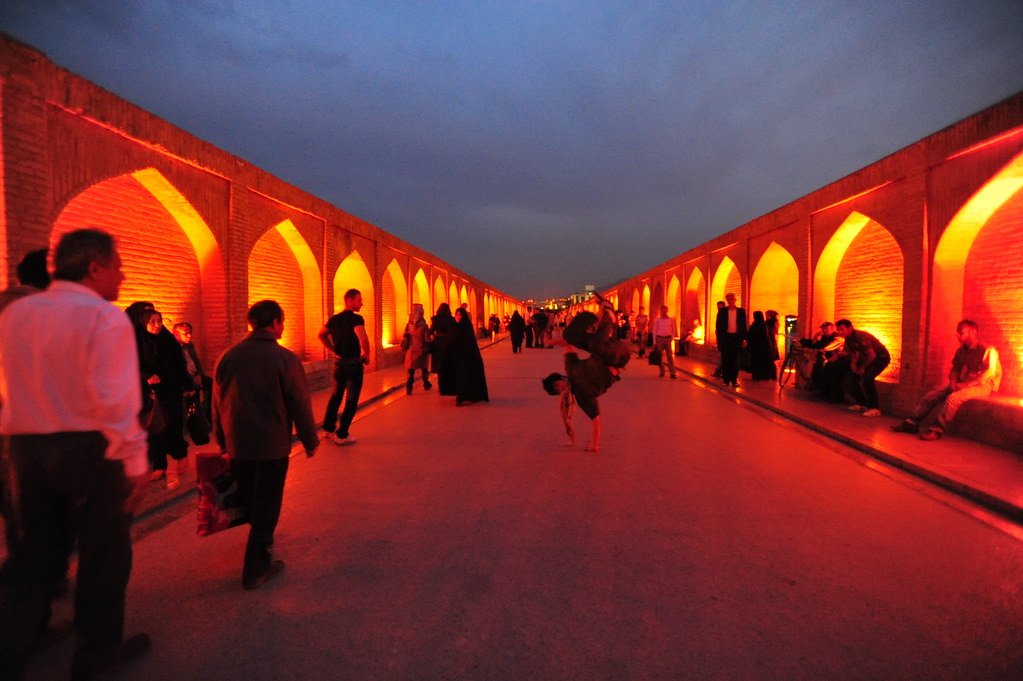 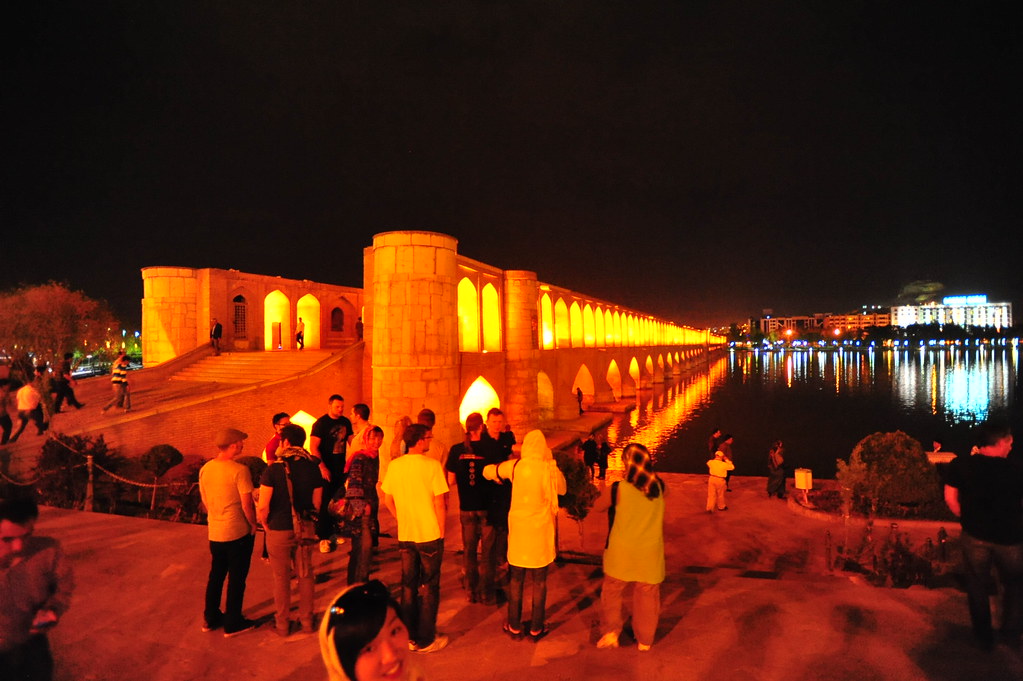 With the glorious and iconic Si-o-seh Bridge lightning up at sundown, this is the breathing life force of the city, with countless students and families migrating here to stroll along the river, ride on some paddle boats, spread out for a picnic, smoke the shisha, or simply taking in all the energy of the city.

It’s the perfect place to people-watch. 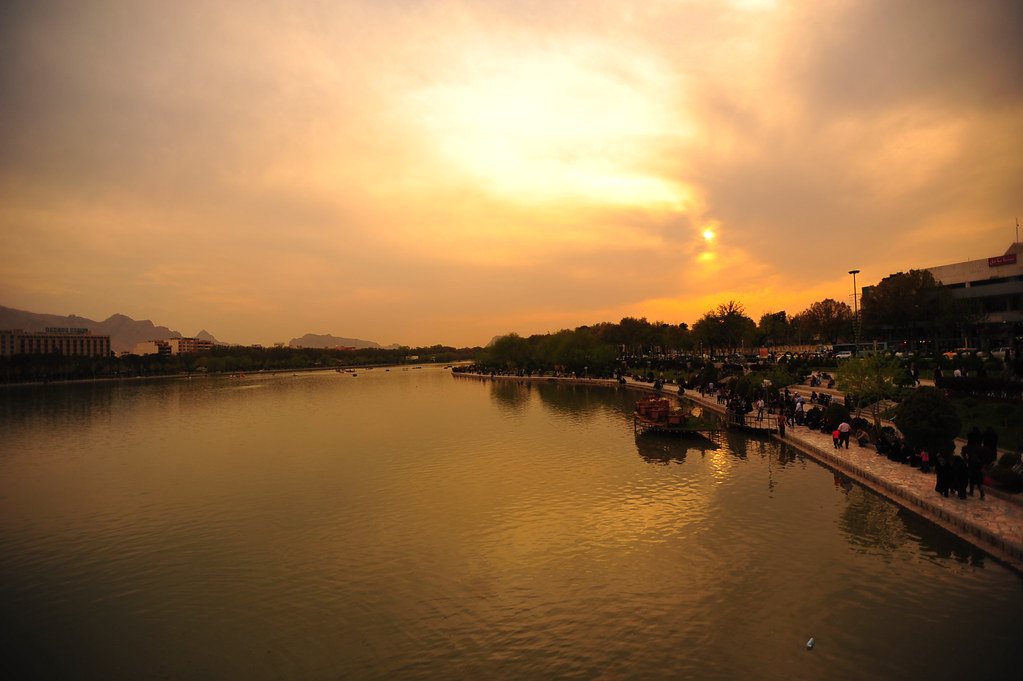 We were one of those families. 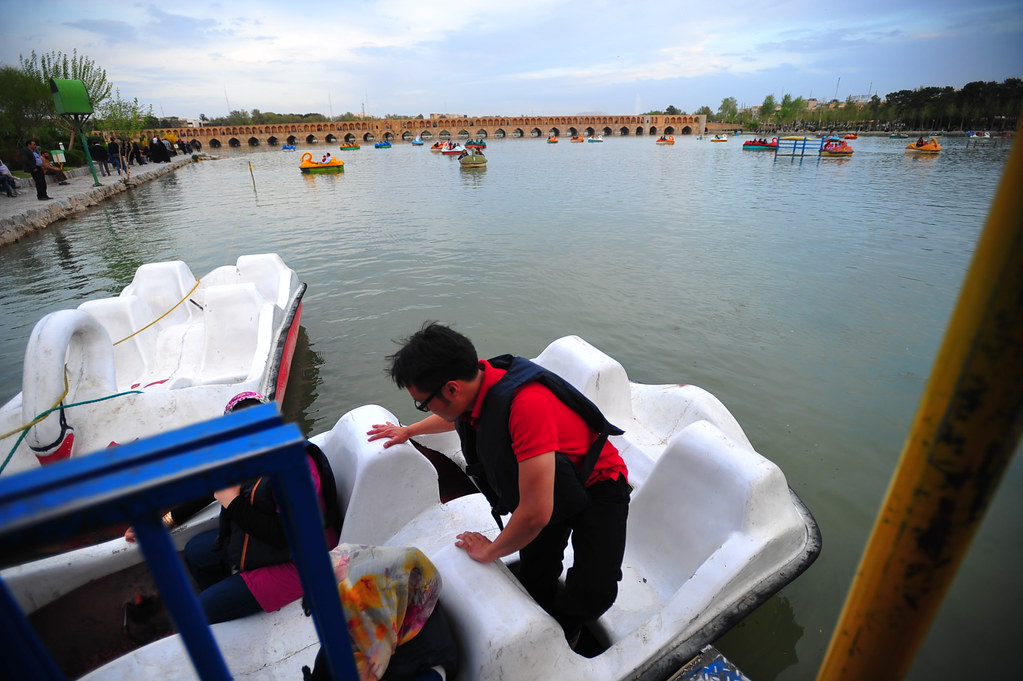 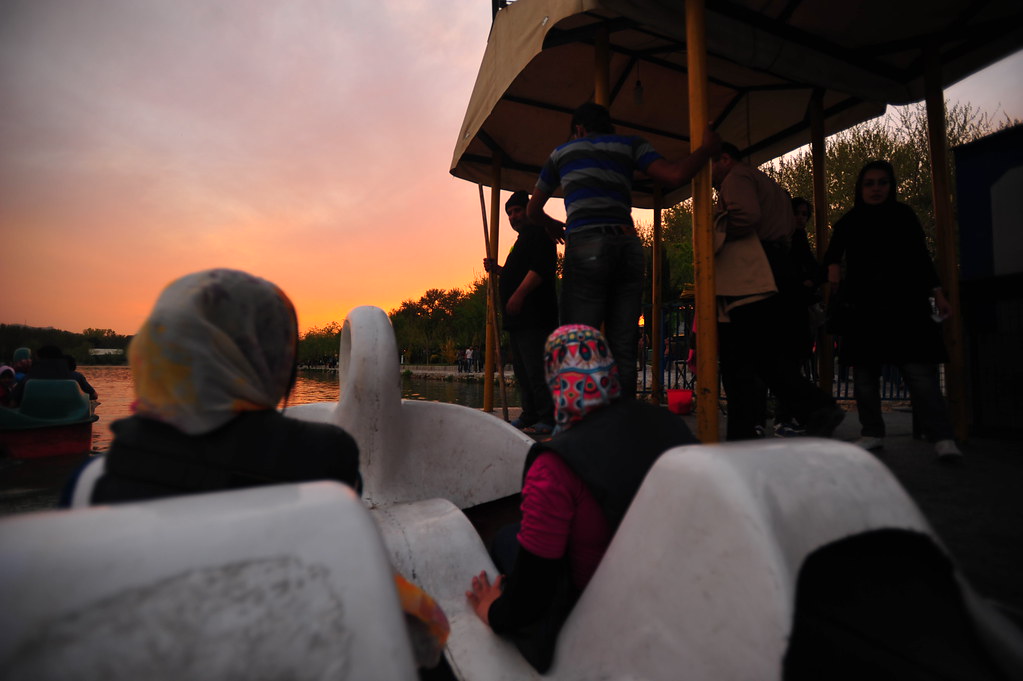 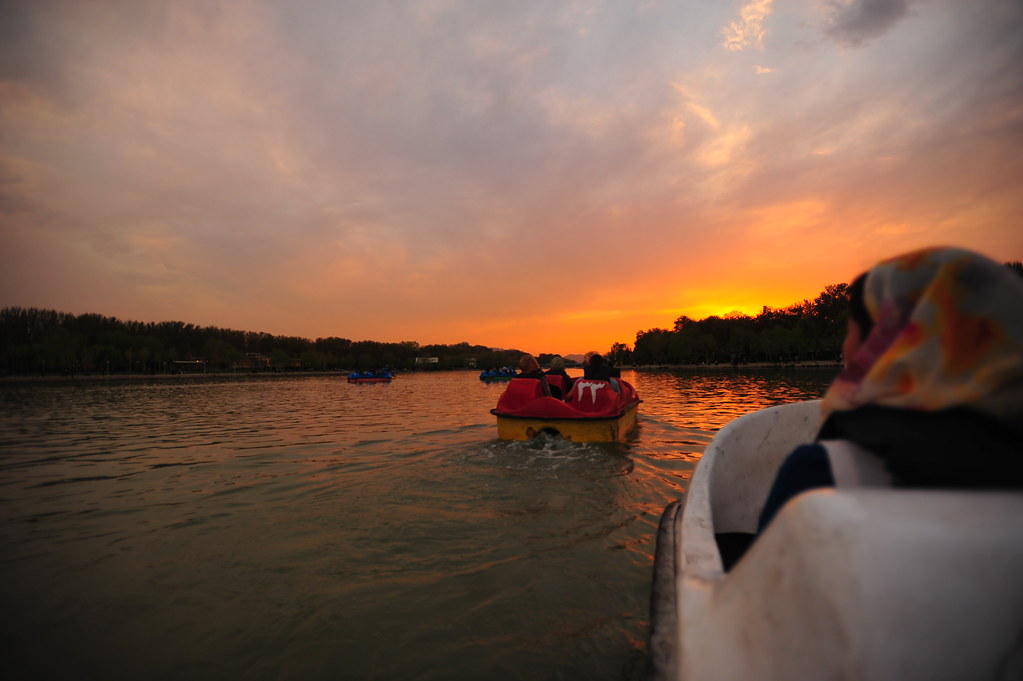 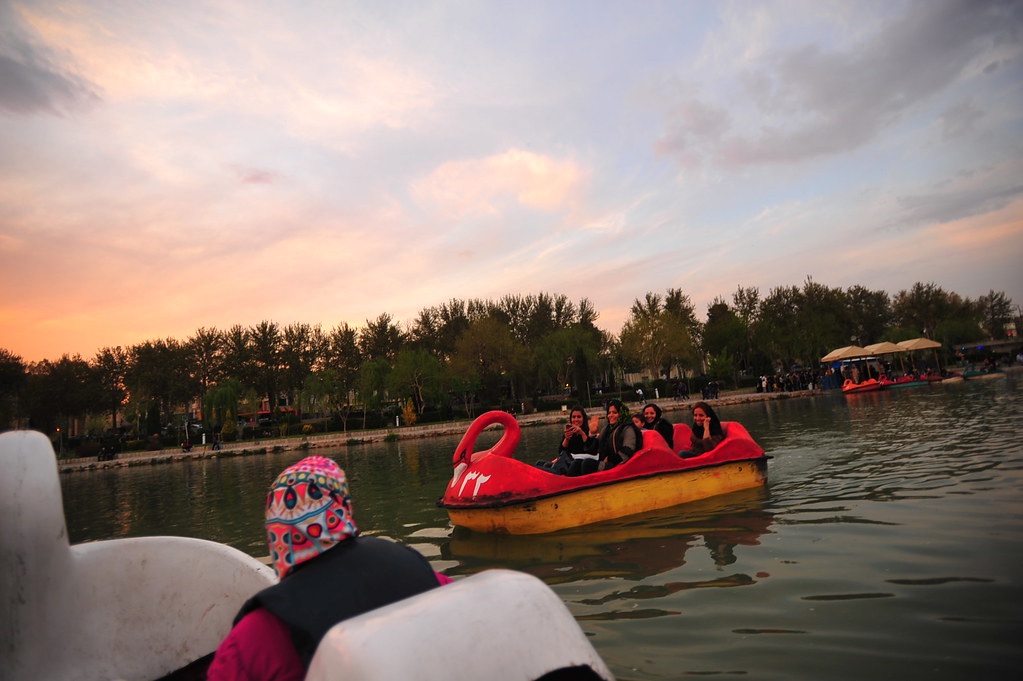 The locals notice the "foreigner's" boat. We collide with them 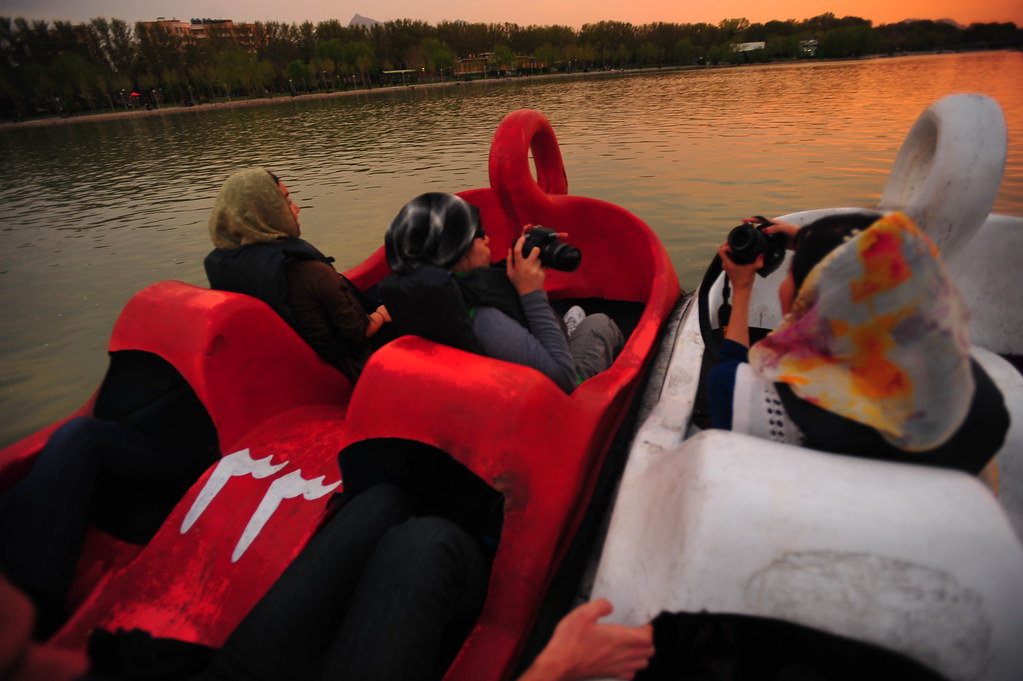 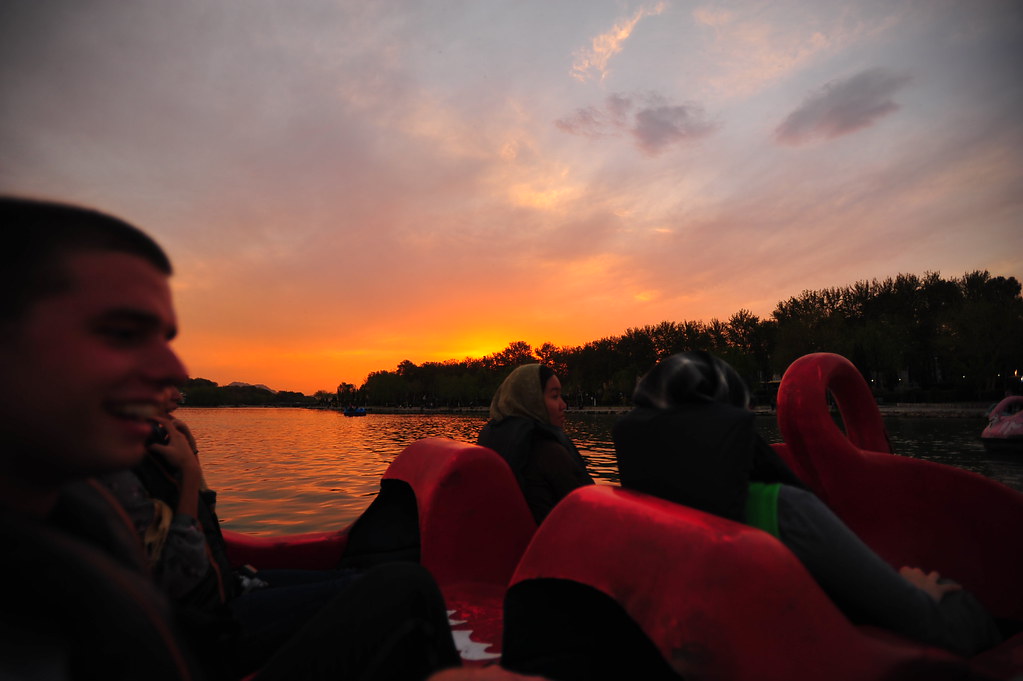 Thanks to a brave 11 year old girl that calmly approached our group and asked if we wanted to know a famous Persian poem about a famous flute-player, we ended up striking a wonderful conversation with her and her father, whom eventually took us on a ride on the paddle boats. 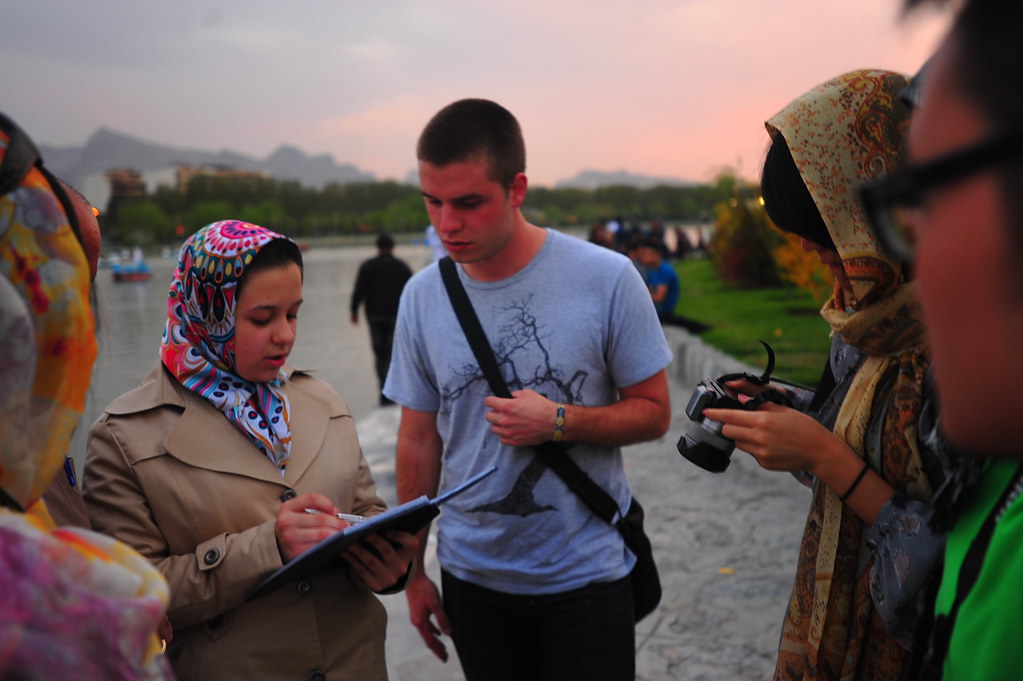 And if the Si-o-Seh Bridge is the heart of Isfahan, then the legendary Naqsh E Jahan Square is its soul. 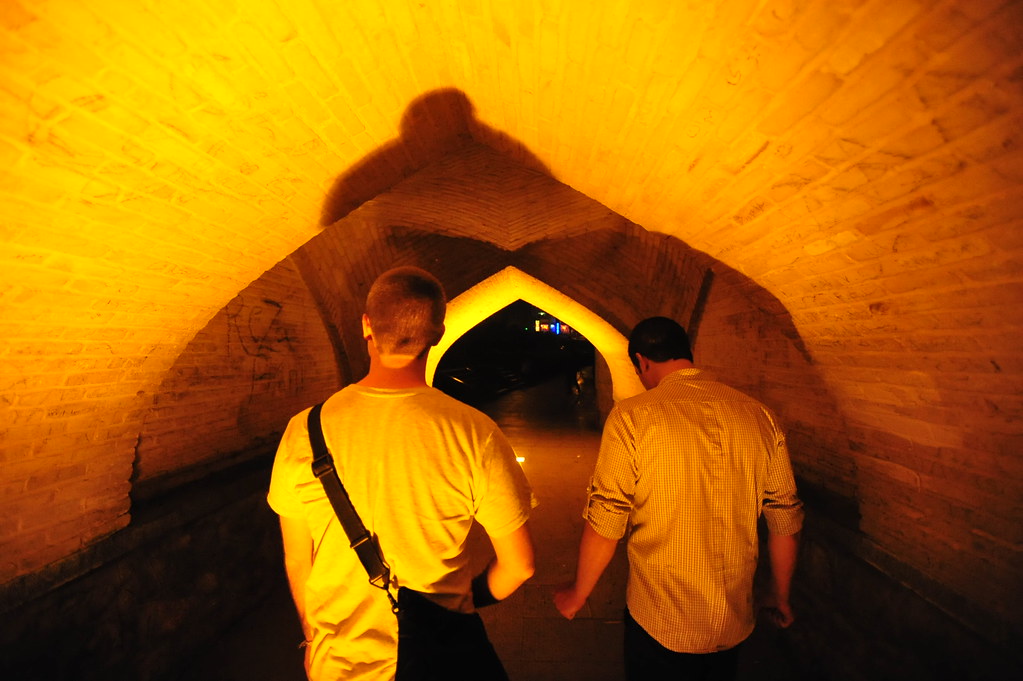 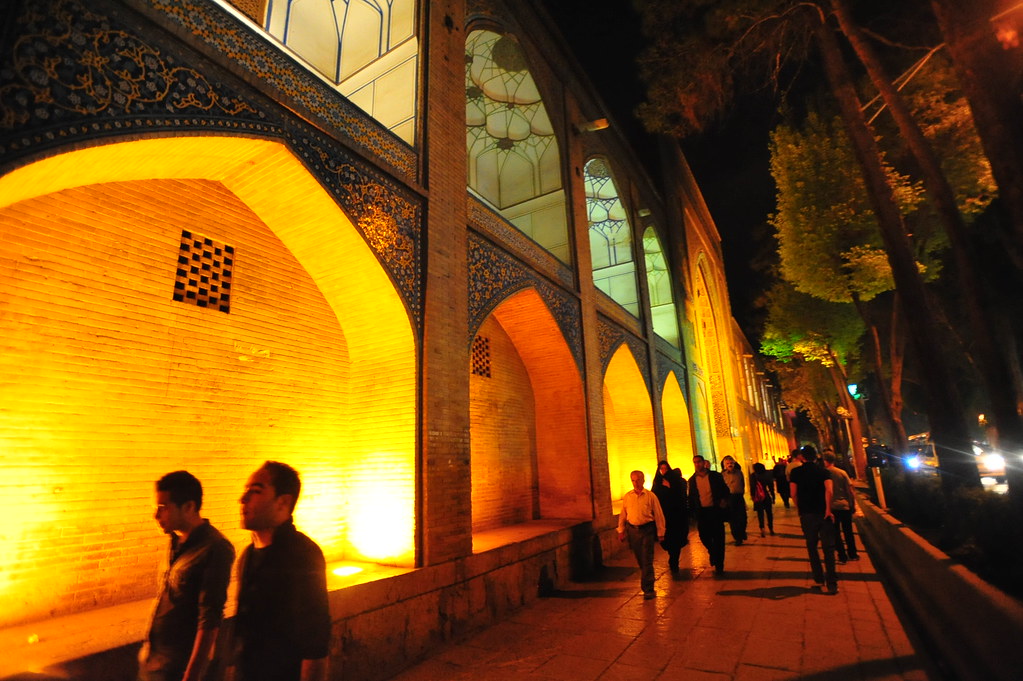