The Soul Of ‘Half The World’: Esfahan 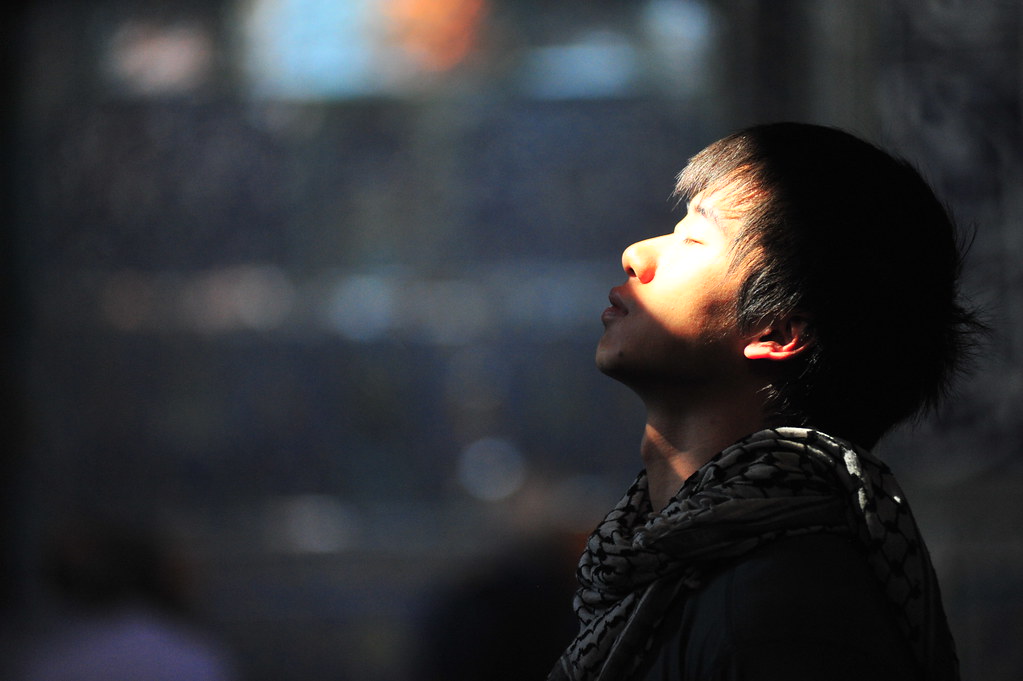 The next morning we made a bee line to Naqsh E Jahan Square, which the Persians are proud to call it the 2nd largest square in the world (the first being Beijing’s Tianenmen Square).

The truth, according to Wikipedia, is that this is the world’s 12th largest and Tianenmen Square is the 3rd largest. 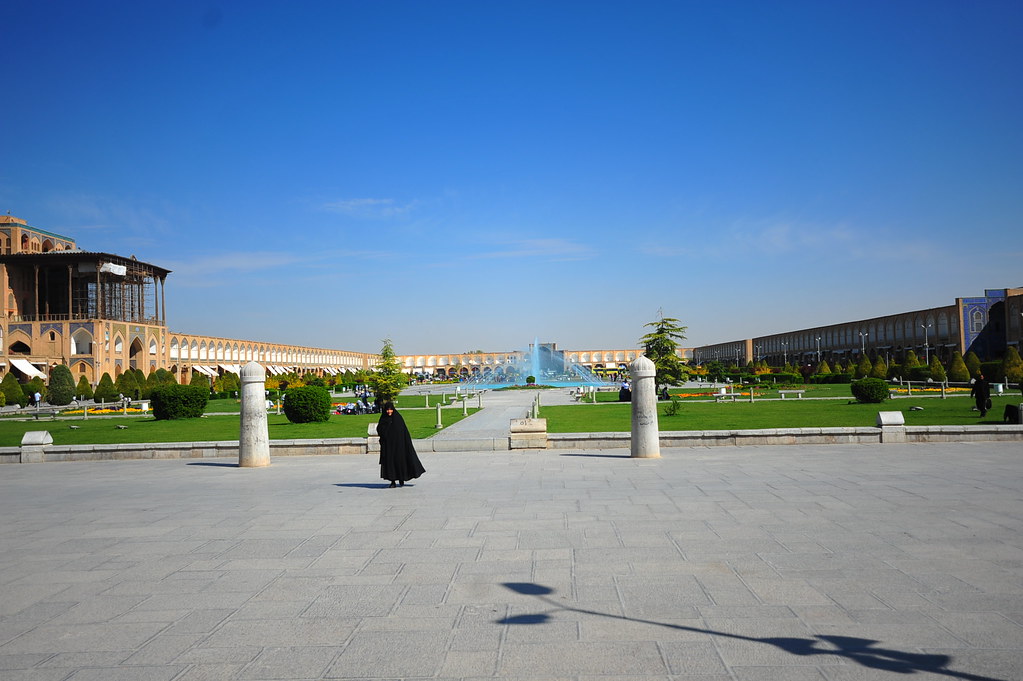 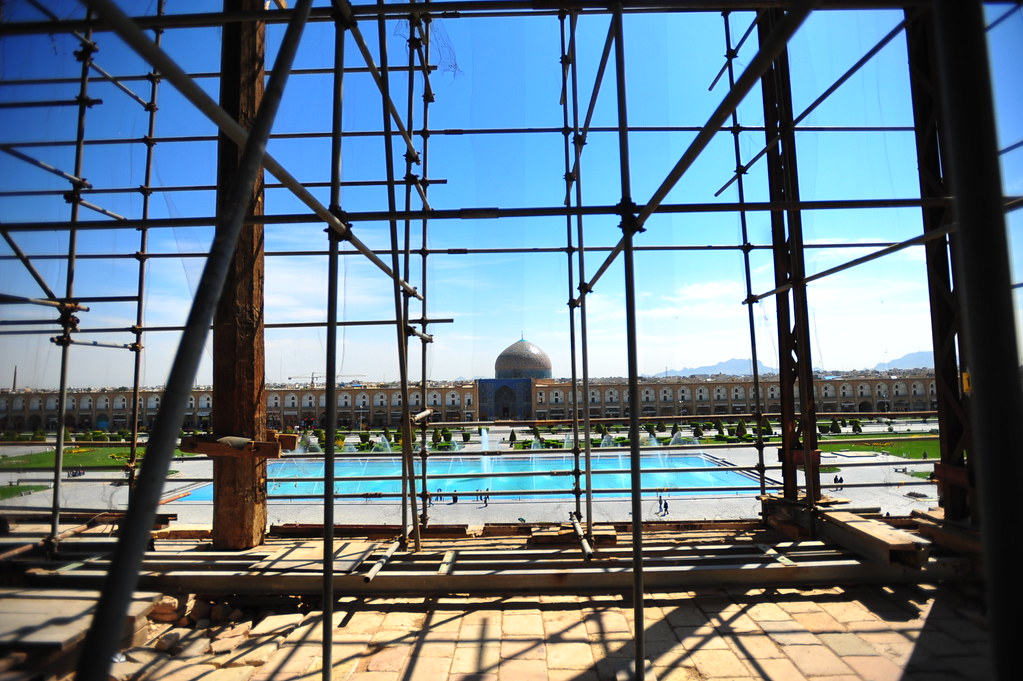 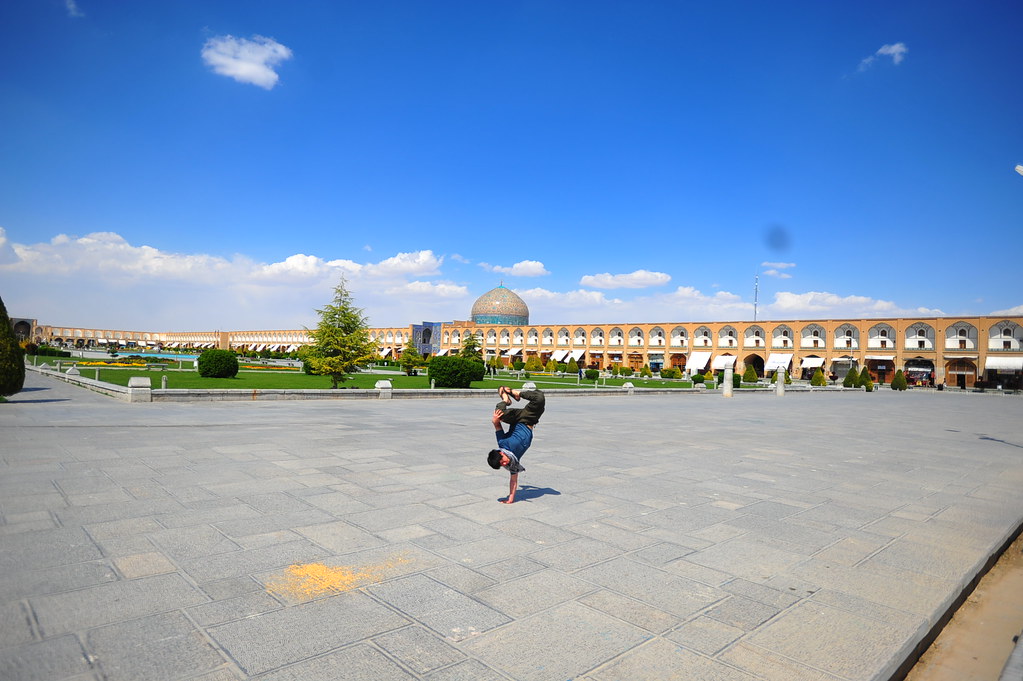 Ranking aside, there is something breathtaking about walking into this square. It’s incredible serenity demands reflection. Iran’s relative lack of tourists prevents the square from becoming like Beijing’s ridiculously overcrowded Tianenmen Square, but its relative normalcy of being a home to numerous shops, bazaars, schooltrips and local businesses contrasts it with becoming like North Korea’s barren Kim Il-Sung Square.

Therefore it strikes a perfect balance of both taking your breath away without being too ridiculously out of this world. 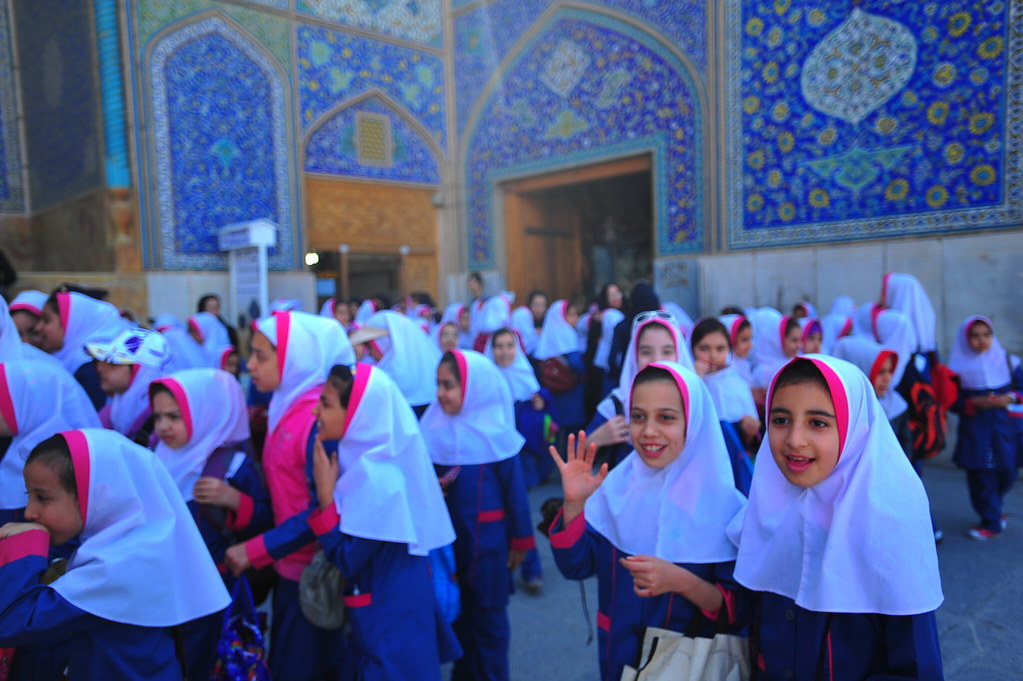 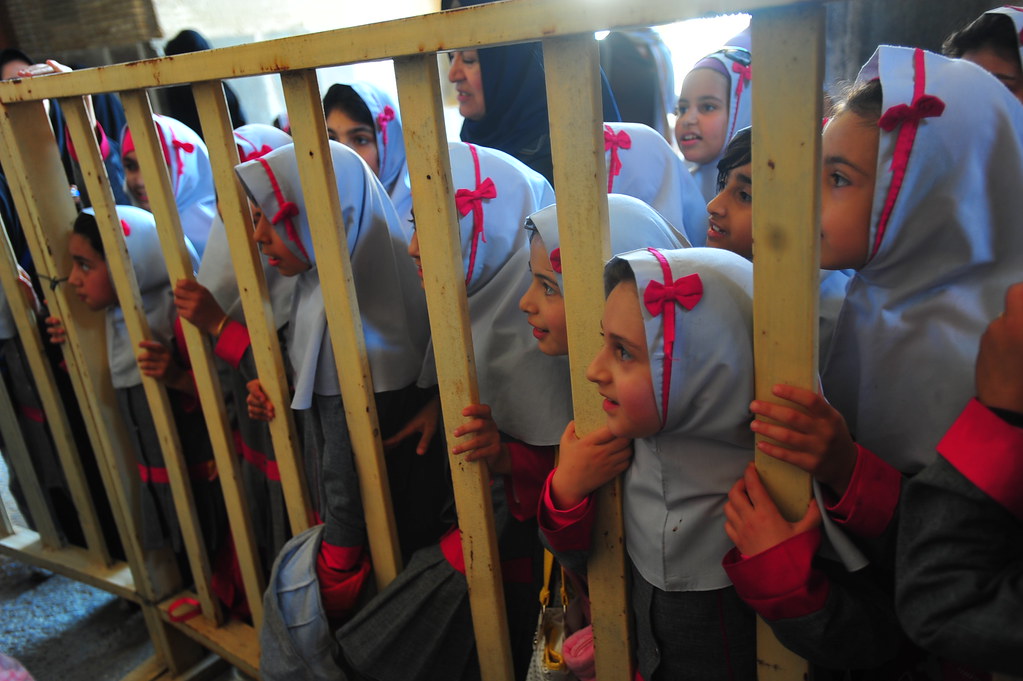 Curiosity for us foreigners 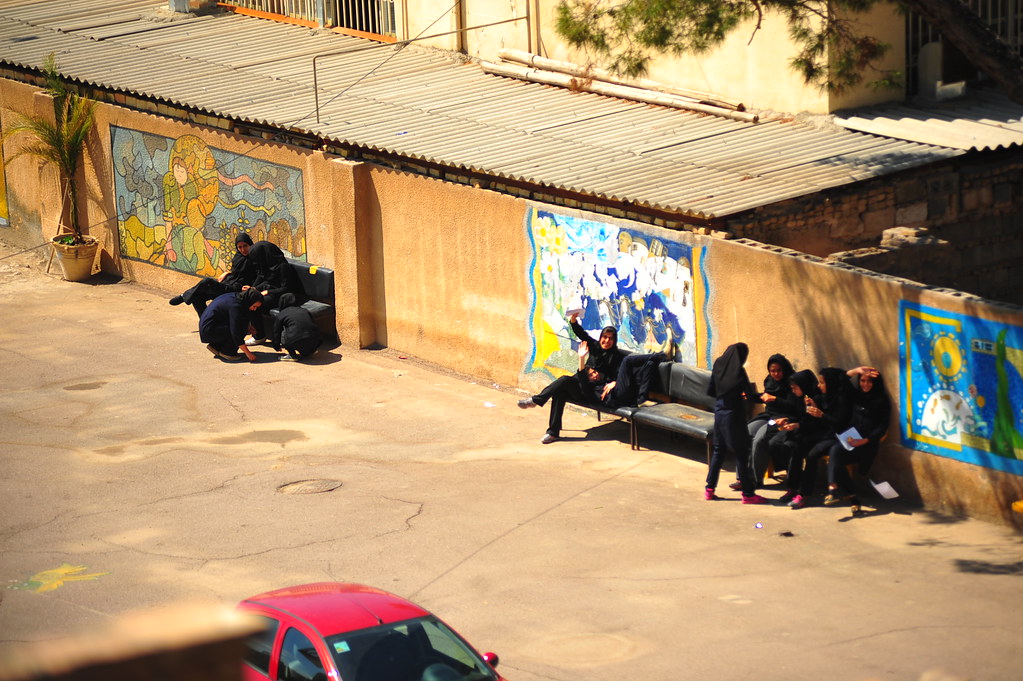 Female students wave hi to us

To the south is the famously picturesque Imam Mosque, which architectural layout is unique to all the other mosques in the world. The challenge was to build a mosque in the South, but to also face Mecca, which isn’t south. Hence the Imam Mosque and its four-iwan style, which one iwan at the south, and the main one facing Mecca. Seeing it speaks for itself. 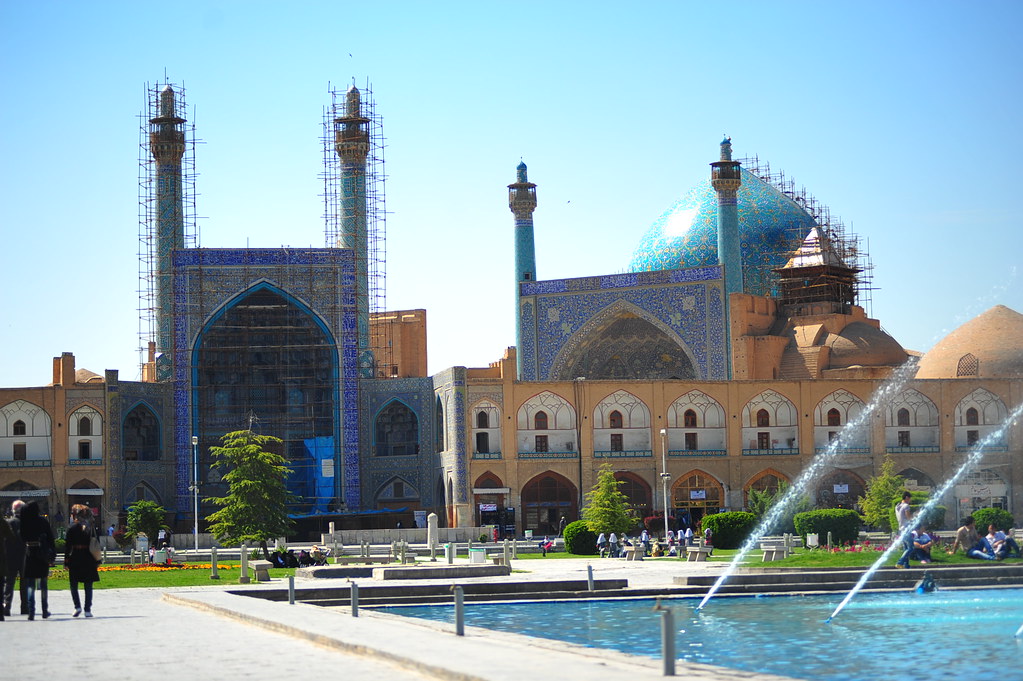 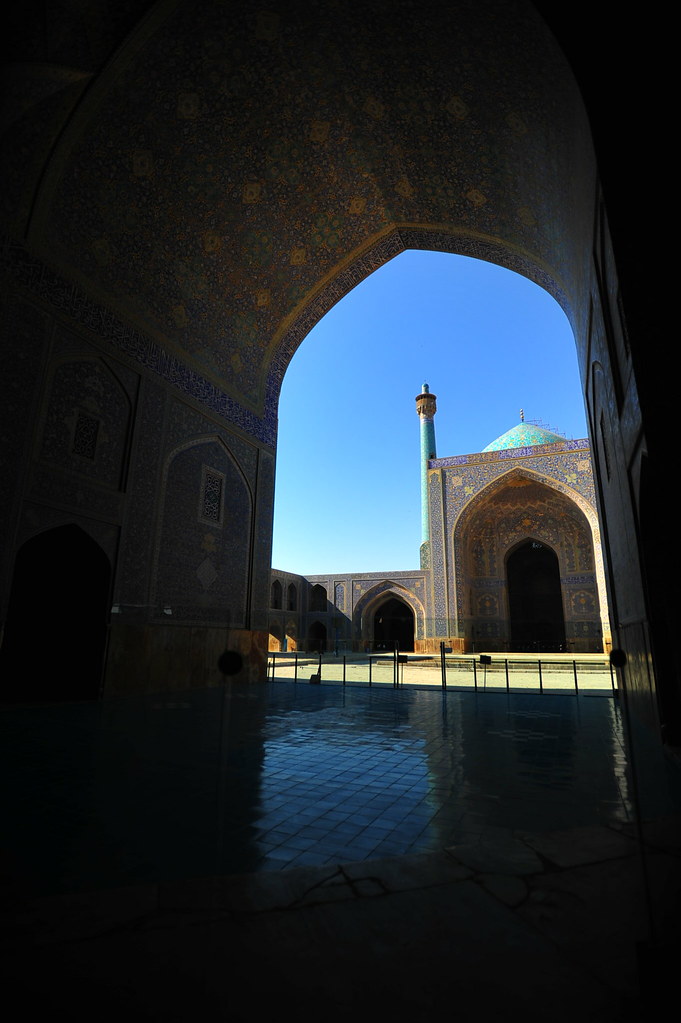 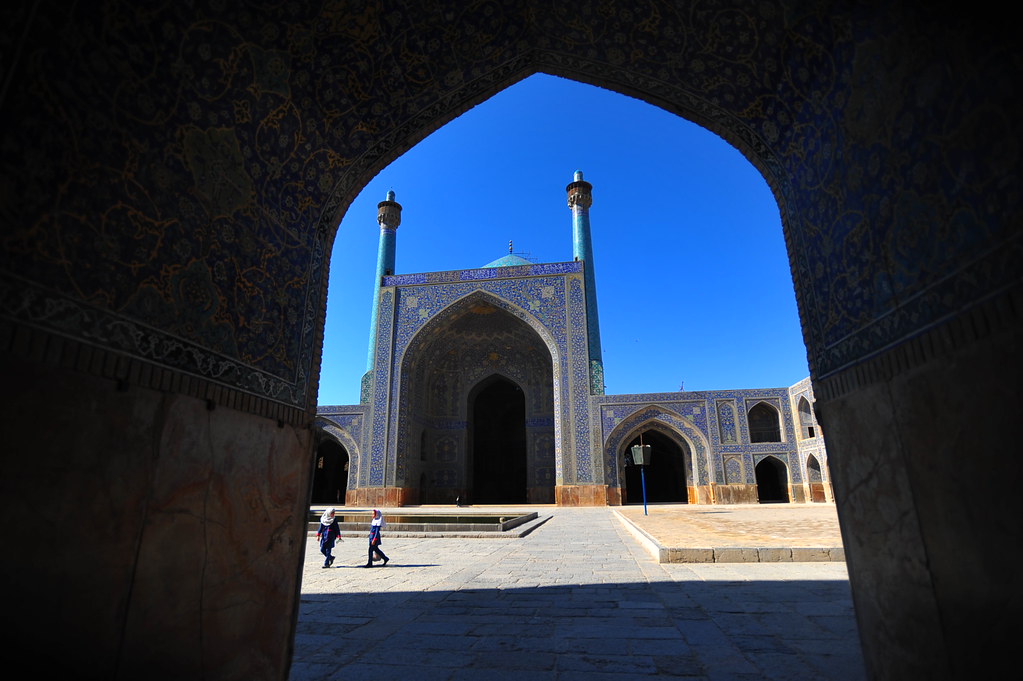 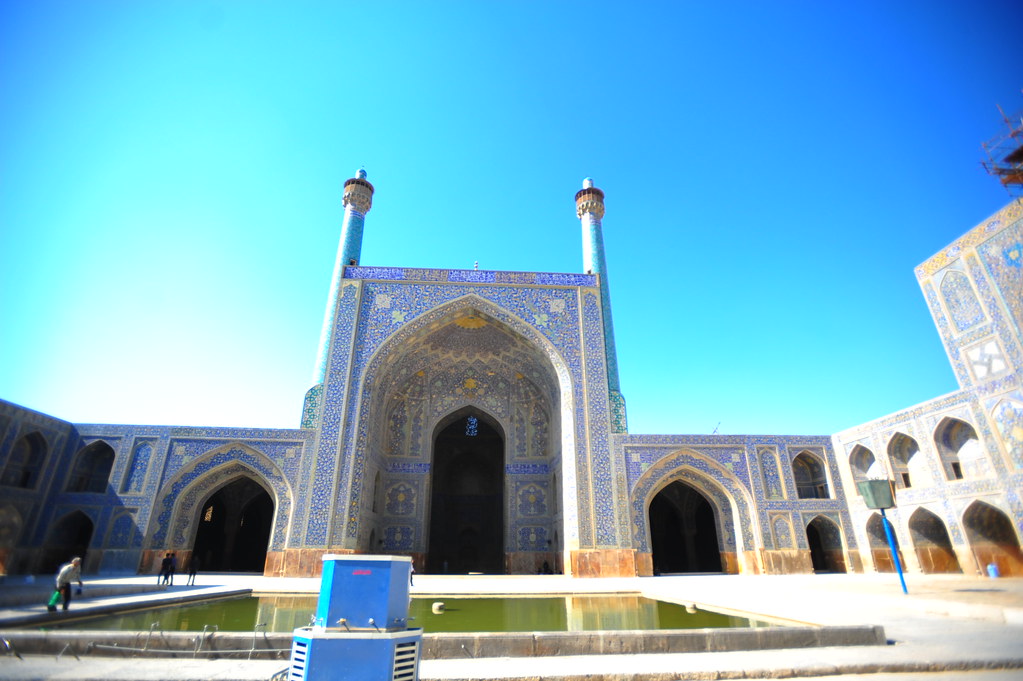 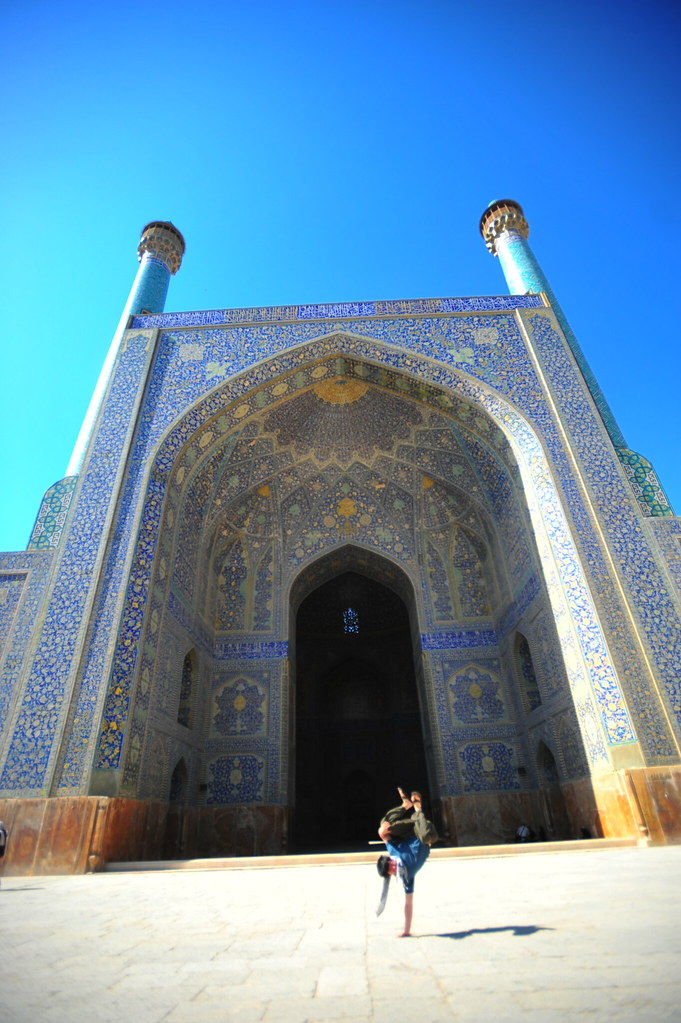 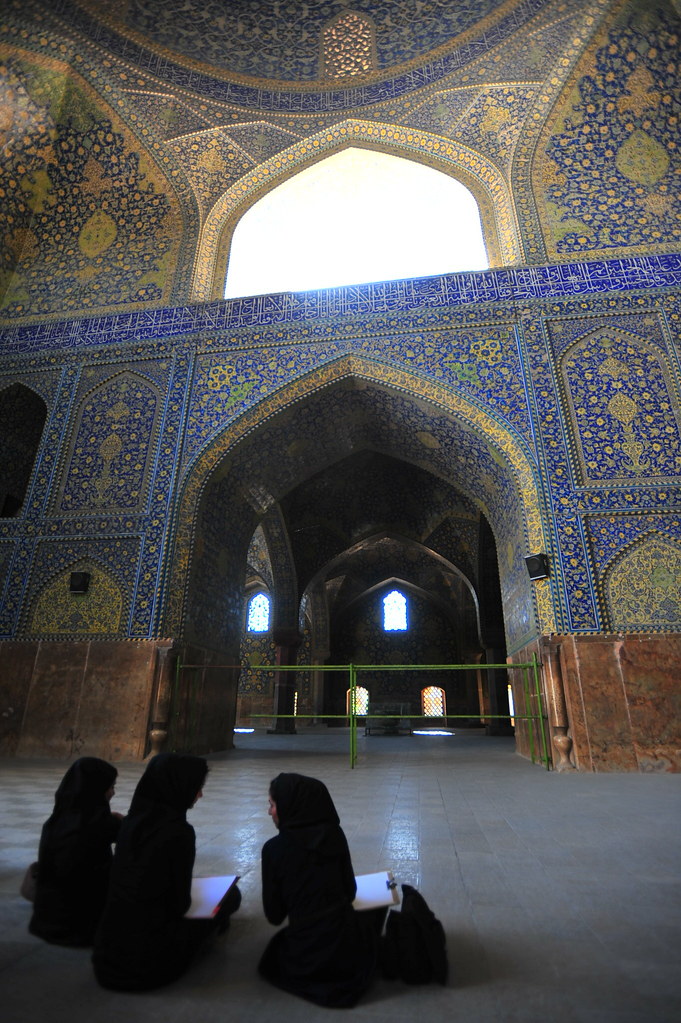 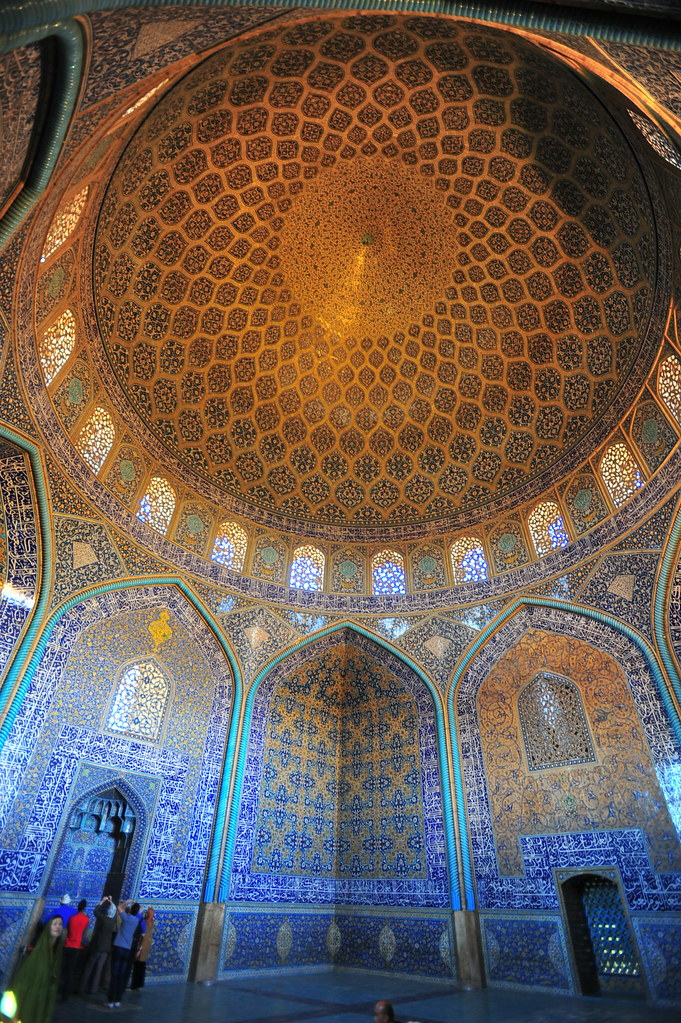 Look at the top of the dome...notice the peacock? 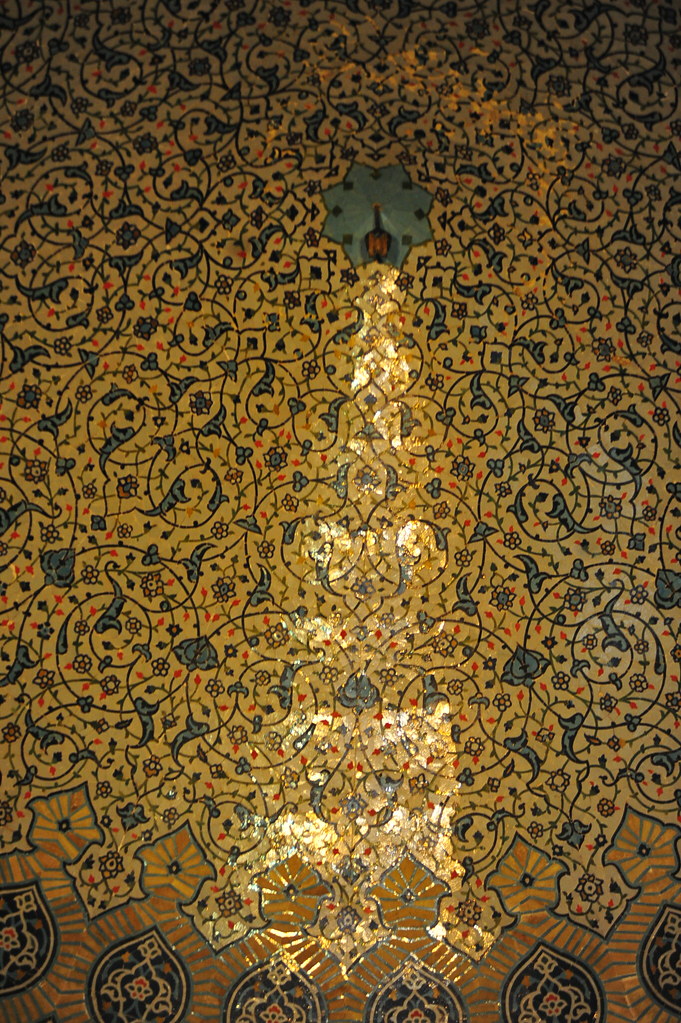 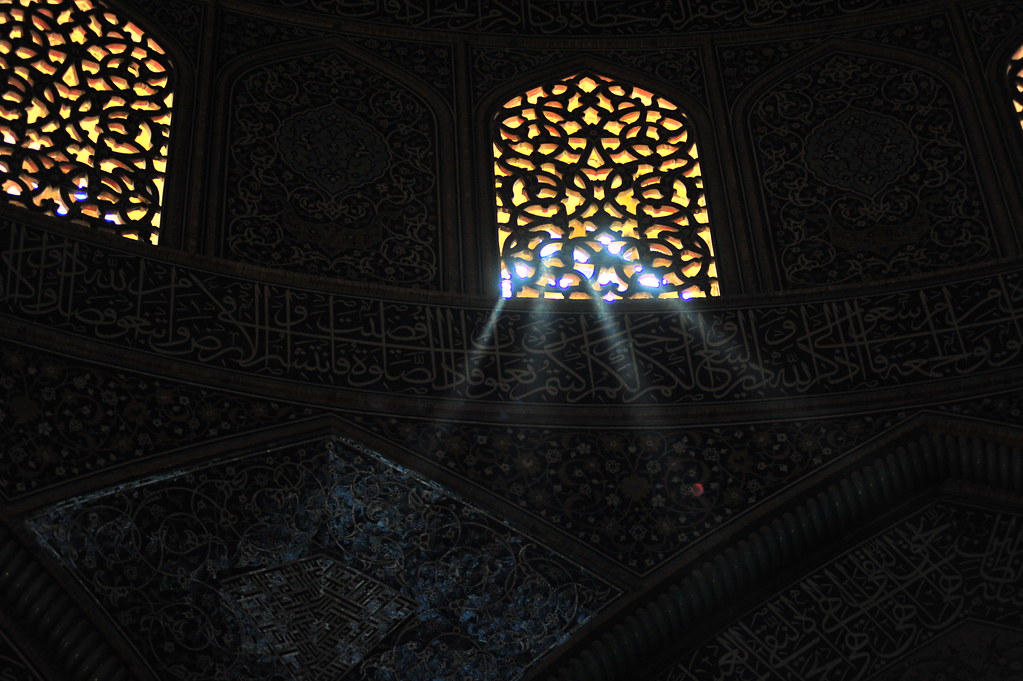 Afterwards we did a bit of shopping and headed to a private family home to take on a Persian cooking lesson. In return, we showed a bit of our Western style cooking: Coca-Cola Chicken. Badass. 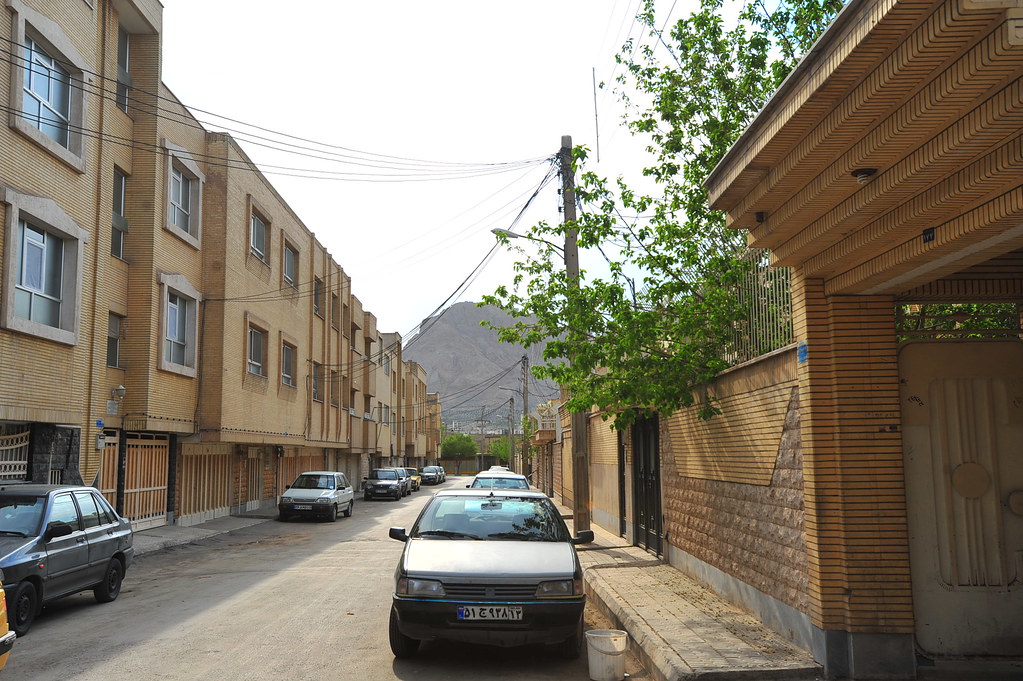 Outside the family home where we ate 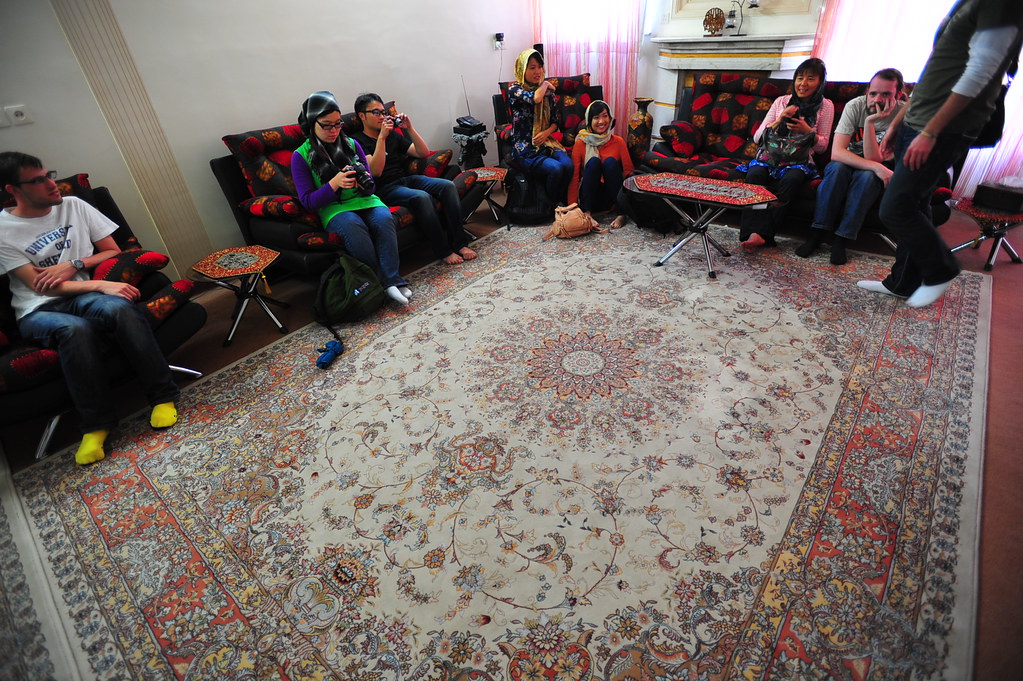 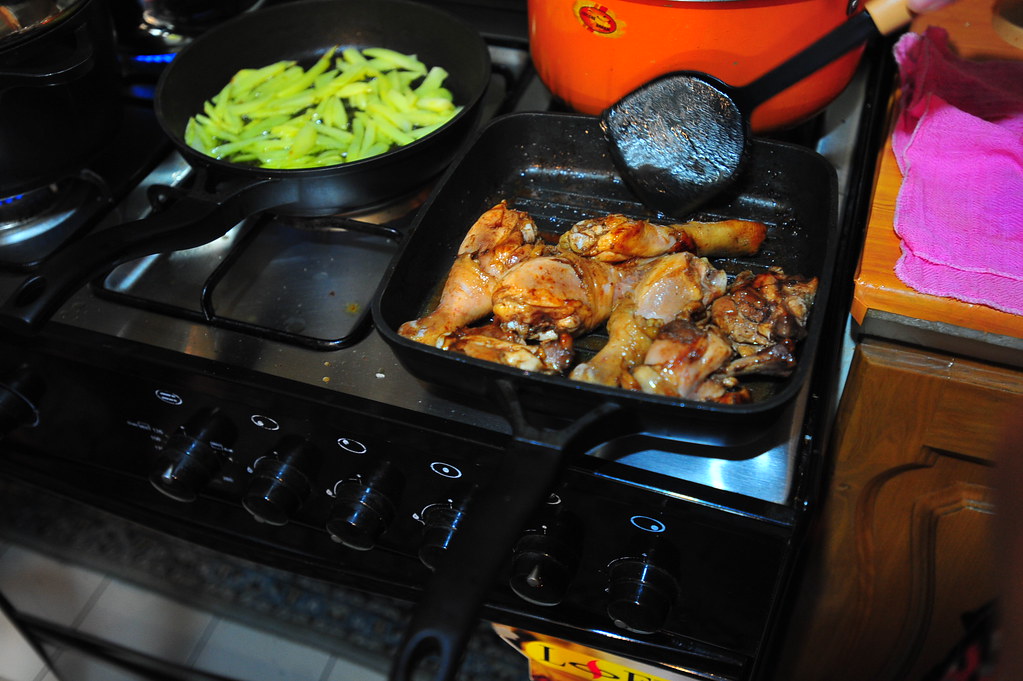 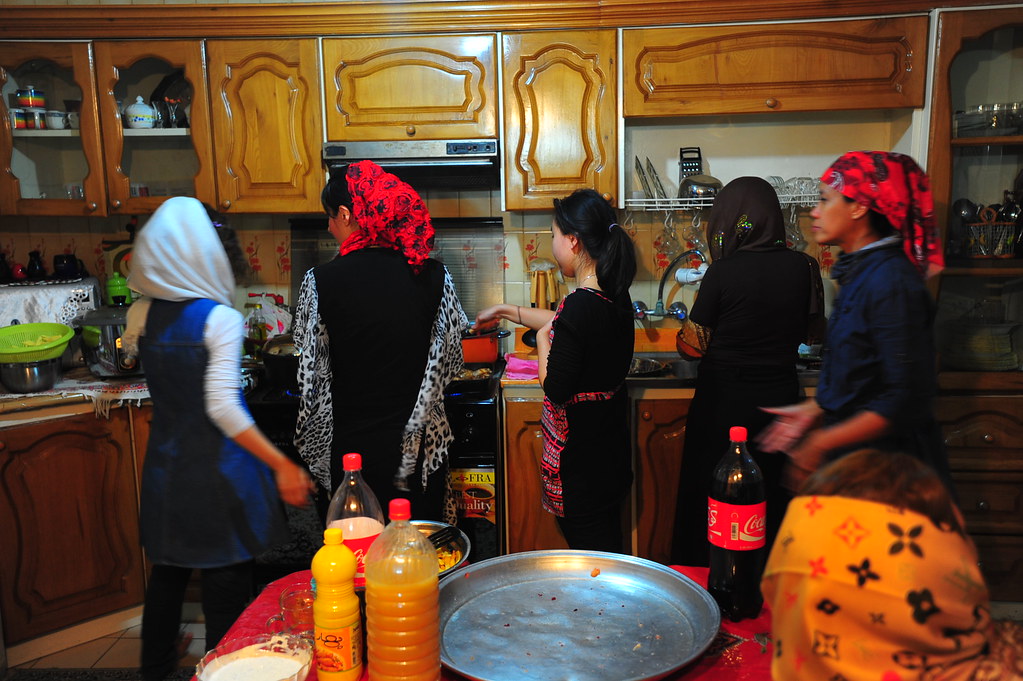 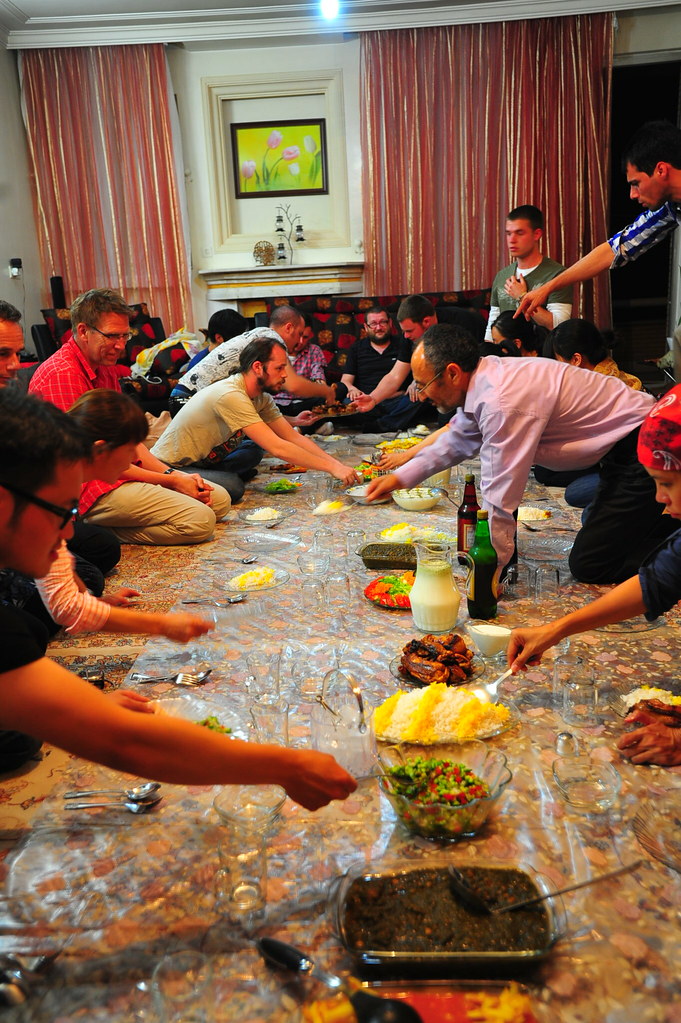