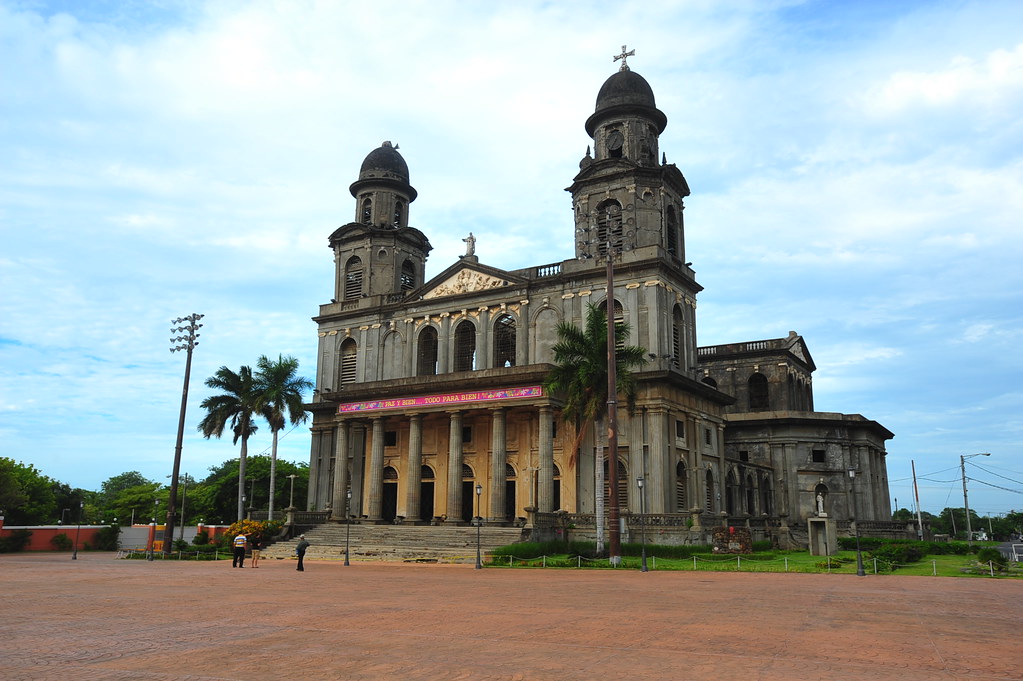 After spending 1.5 hours at the border between Honduras and Nicaragua (most of it waiting around as they processed our passports), we arrived into Managua via Transnica Bus at around 1pm in the afternoon.  From there we did a bit of sightseeing, starting with Loma de Tiscipa; a hill overlooking Managua and a crater lake: 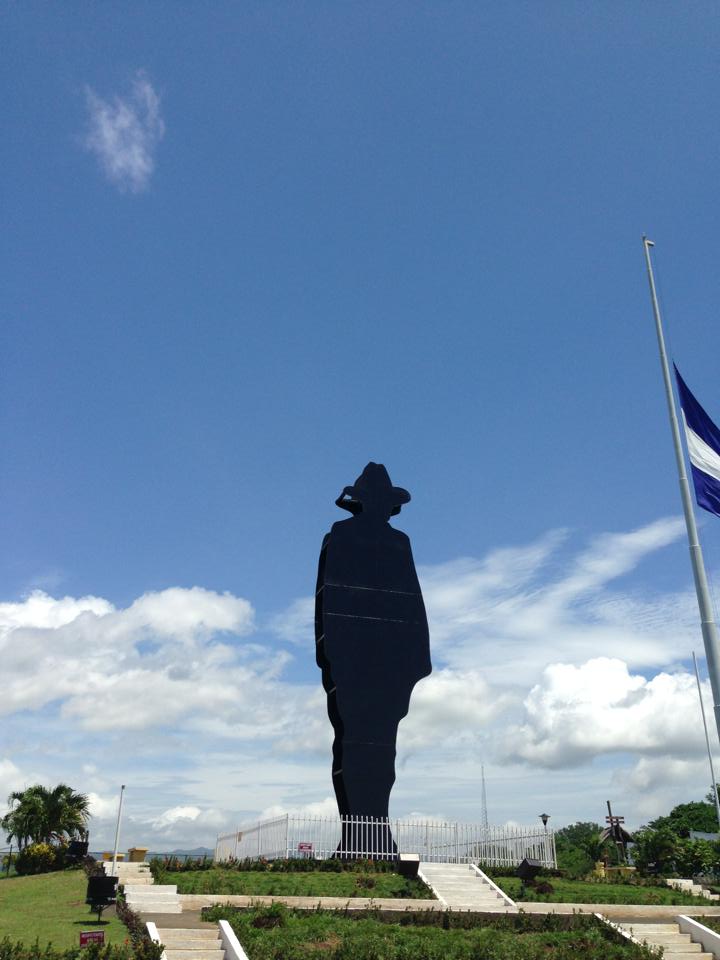 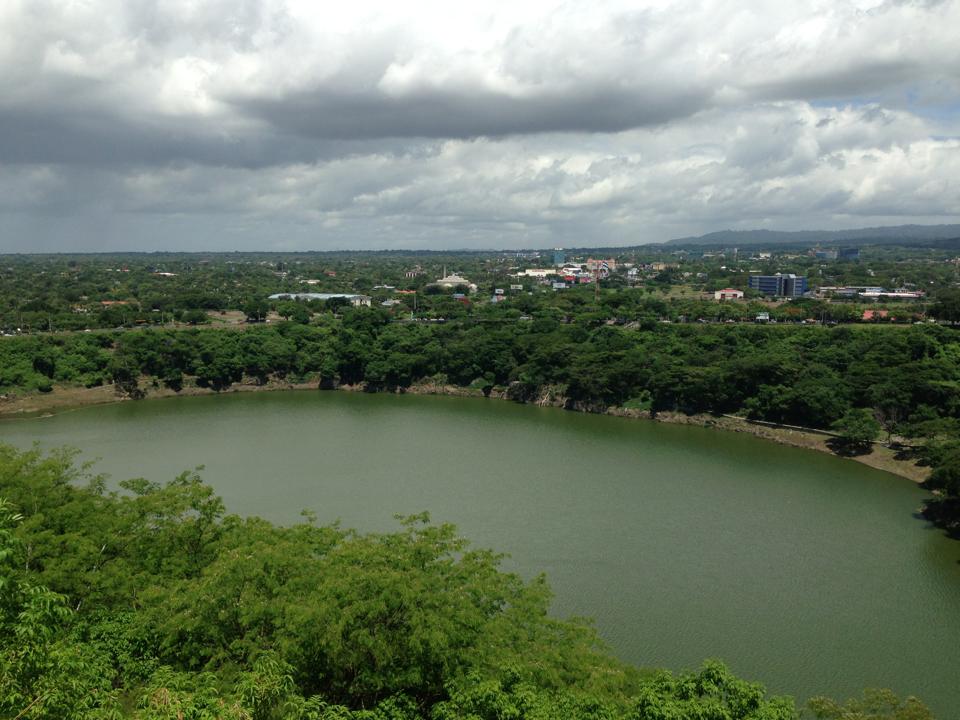 We then walked about Barrio Martha Quezada: 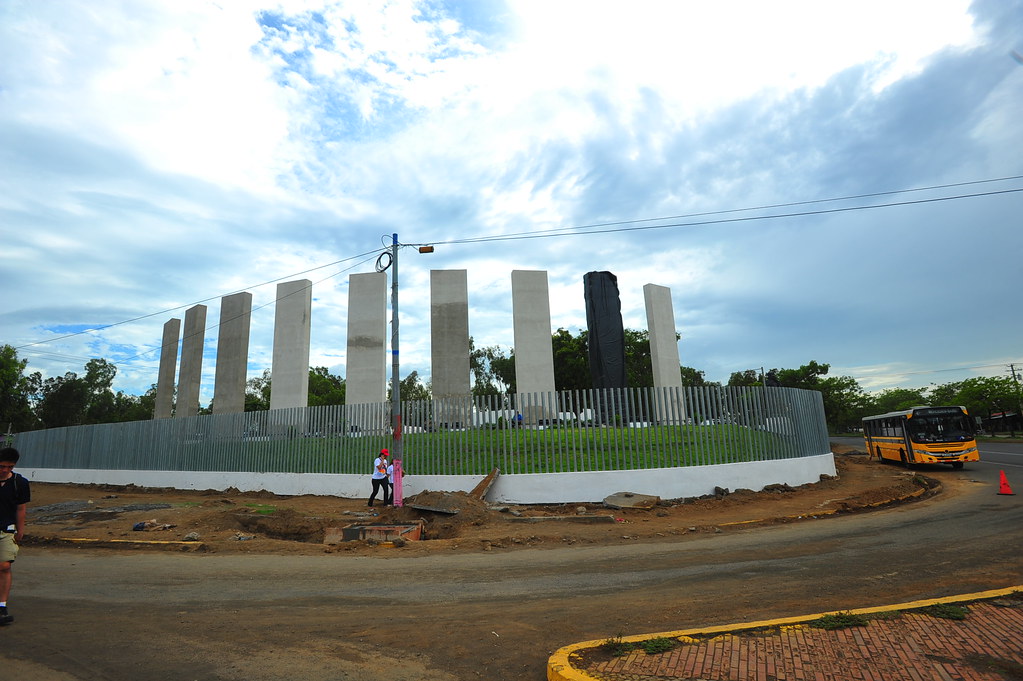 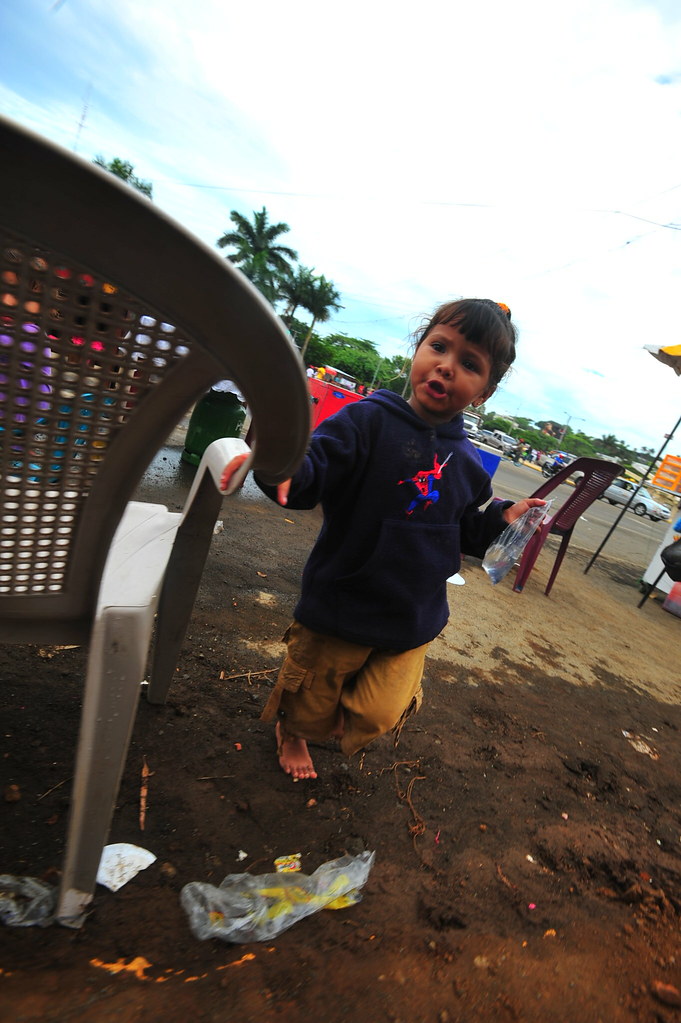 From there we walked up north through the “Peace Park” (Parque de la Paz), which we found out afterwards that it has been a hotzone for frequent muggings. I guess we got lucky, because we thought it was a pretty nice place to stroll through. 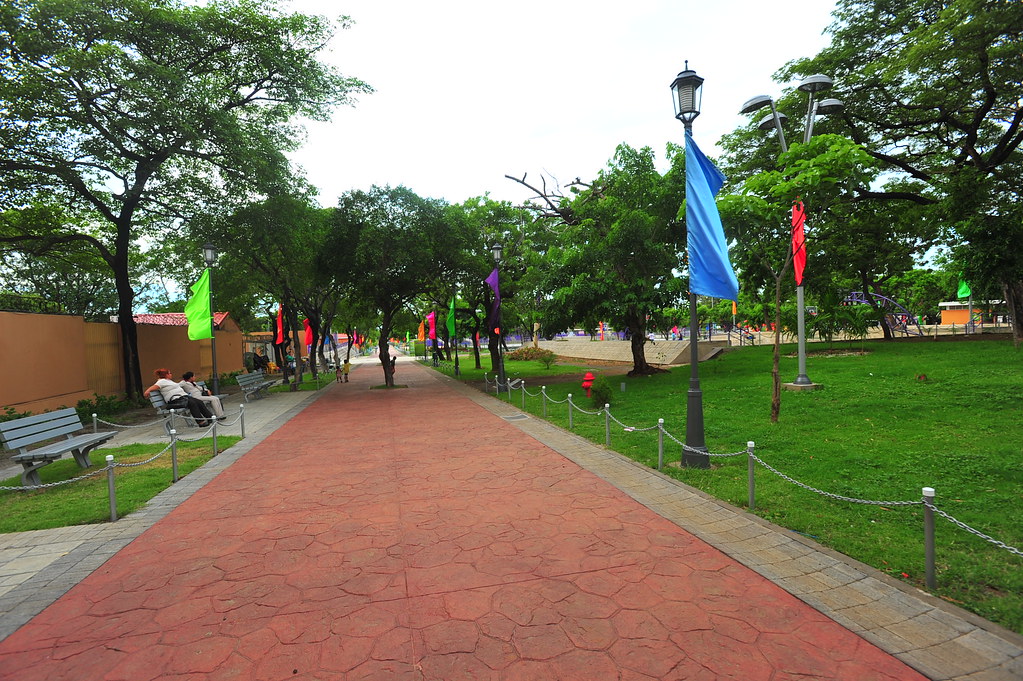 Walking a bit further north we ended upon Area Monumental, a once central location of Managua that was destroyed by the 1972 Earthquake. Ever since then the place has been relatively abandoned, so it felt like walking about a miniature ghost town.

The cathedral of the main “Plaza de la Revolucion” is an awesome sight: the ruins remain standing and the architecture is quite beautiful to behold. The south clock tower still designate the exact hour and minute the earthquake struck back in 1972. 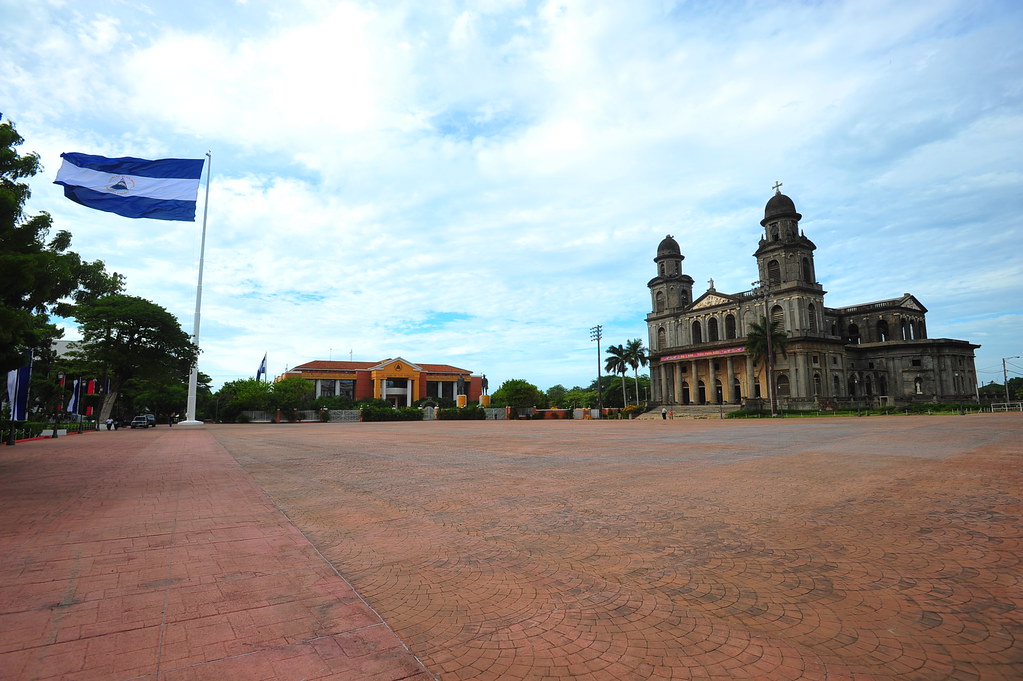 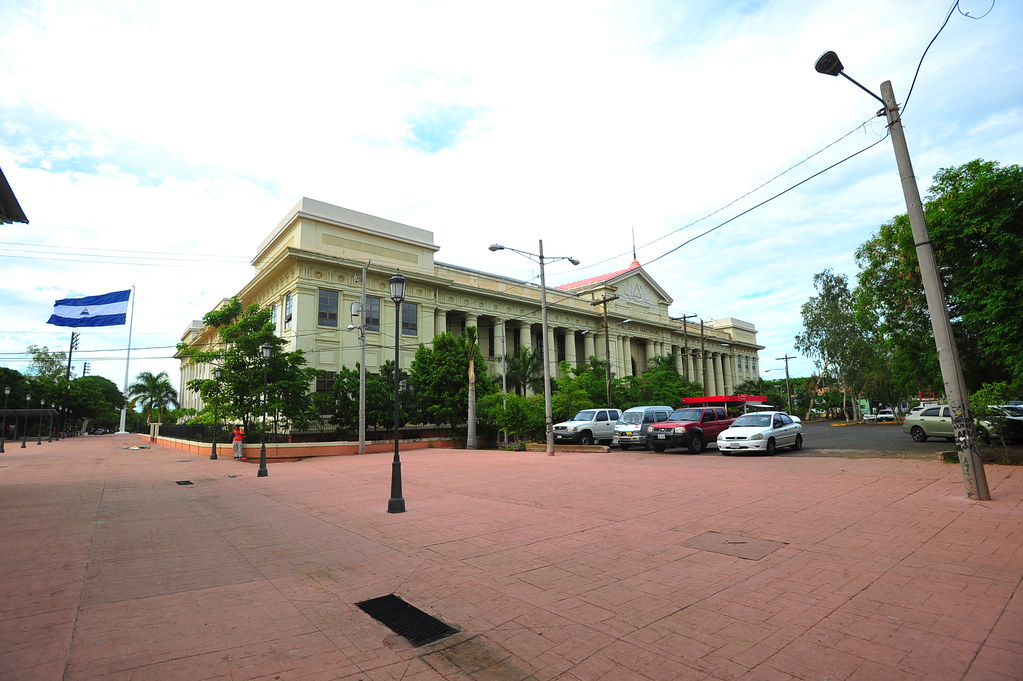 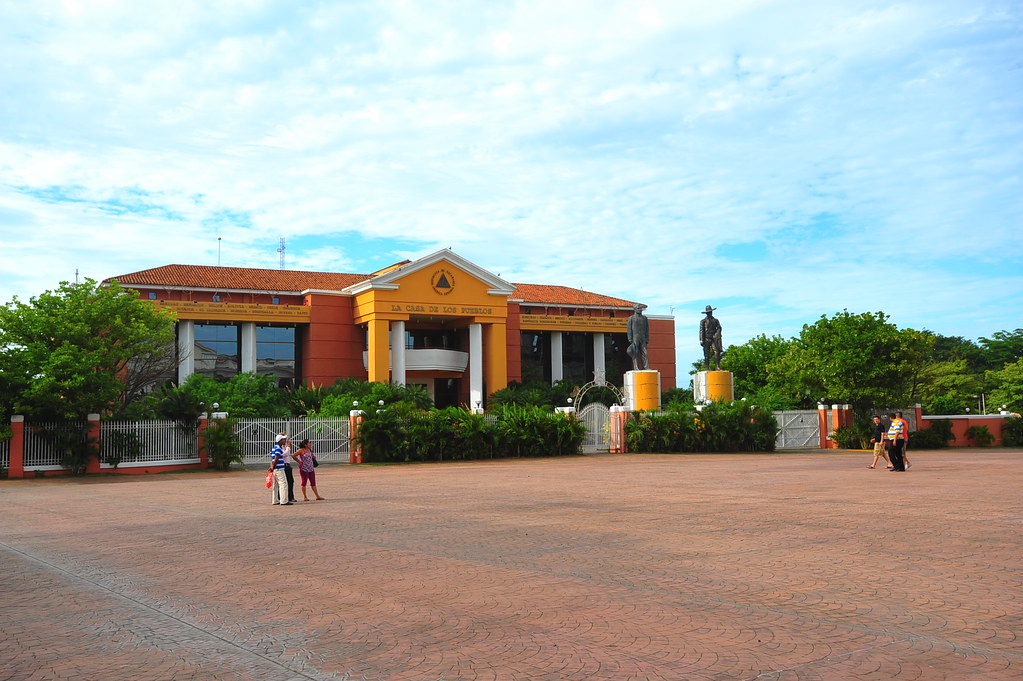 We also walked around the Parque Central in the area, where tombs of prominent Nicaraguan heroes are on display for the public: 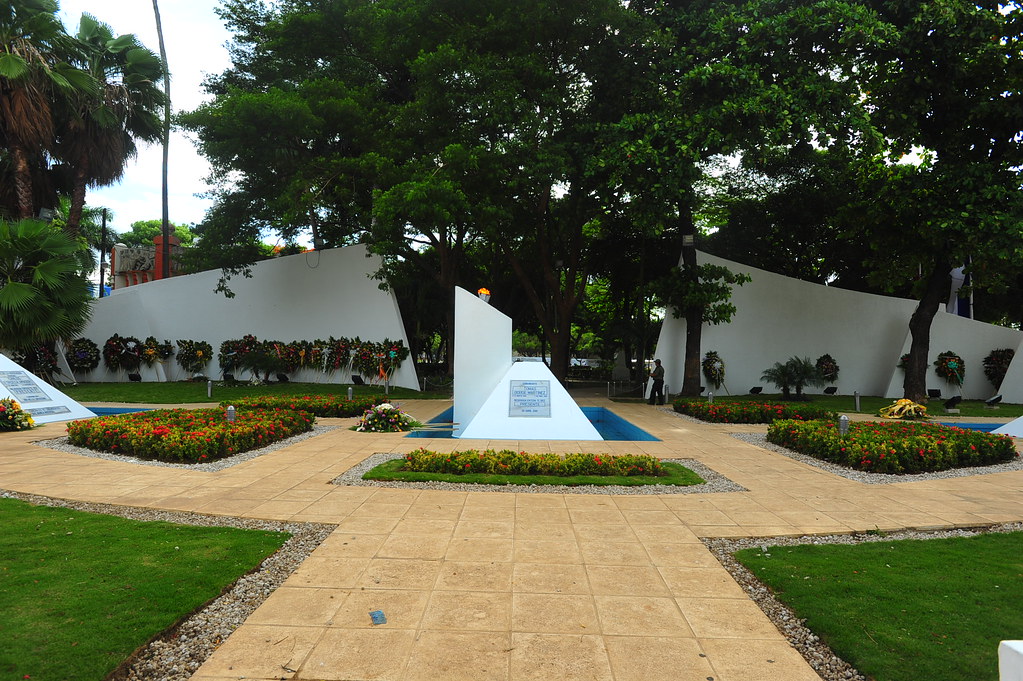 We then walked up north and found an abandoned amusement park: 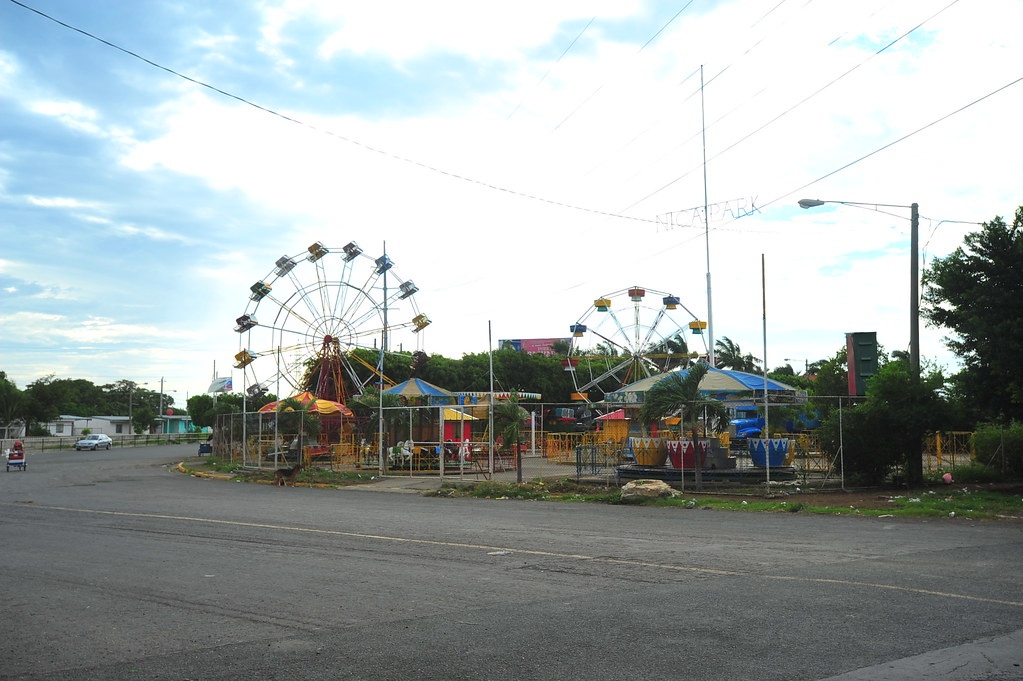 Afterwards we hailed a cab to the Museum of Archaeology, Huellas de Acahualinca, which is known to be one of Managua’s most fascinating attractions: a preservation of 6,000-year-old footsteps of the earliest humans in Nicaragua.

Unfortunately for us, the place closes early at 4pm, and we got there at 4:30pm: 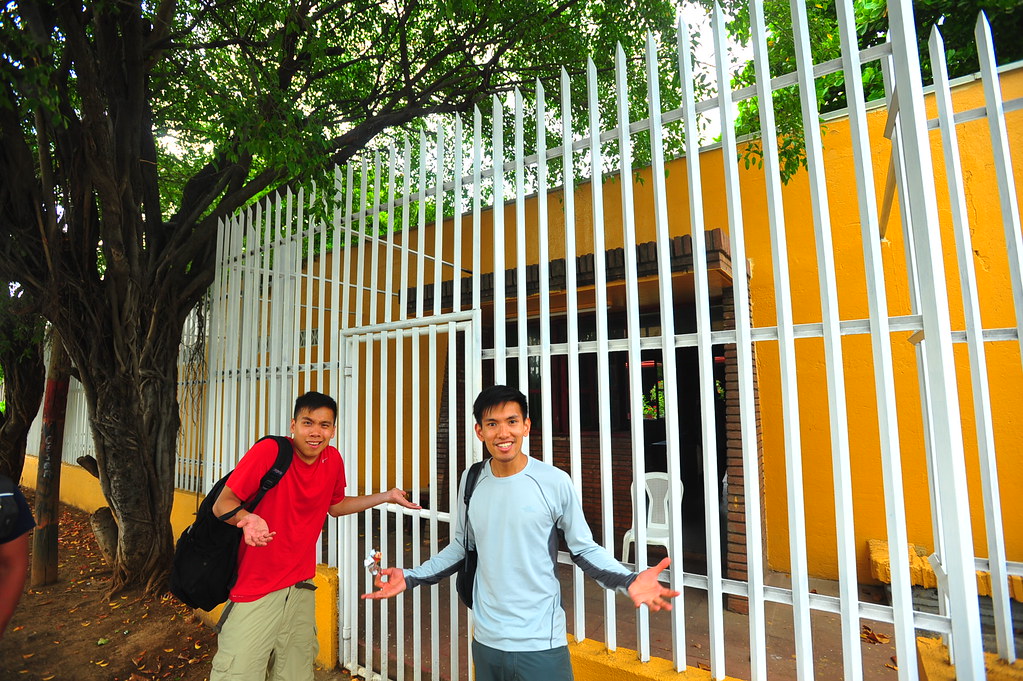 The surrounding area of the museum is also known to be pretty dodgy as we had been warned several times to avoid the neighborhood. Apparently this place is a hotbed of drug trafficking and gang warfare: 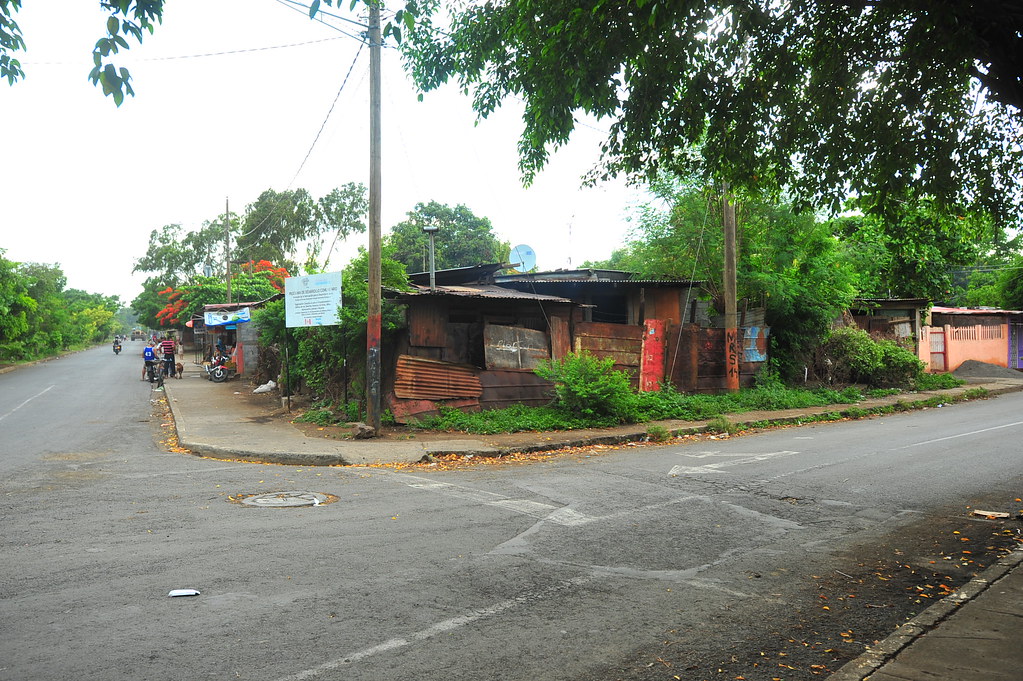 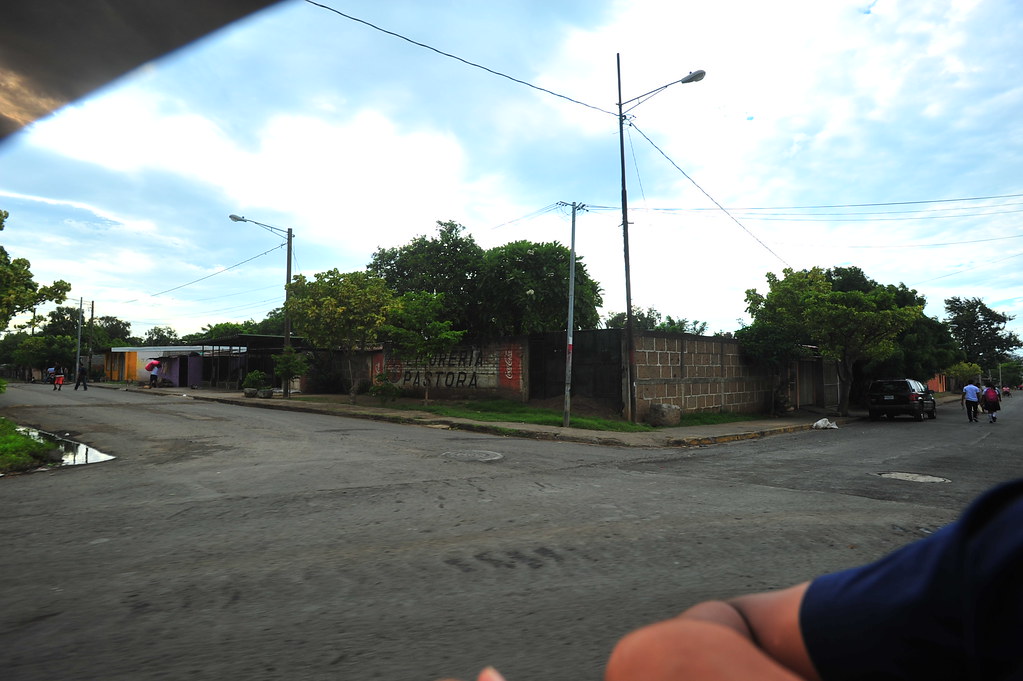 After checking out the block, we took a cab to the University of Central America, where buses across the street take you anywhere in Nicaragua for just $1 USD. We chose the bus to Granada, which takes off every 20 minutes from here: 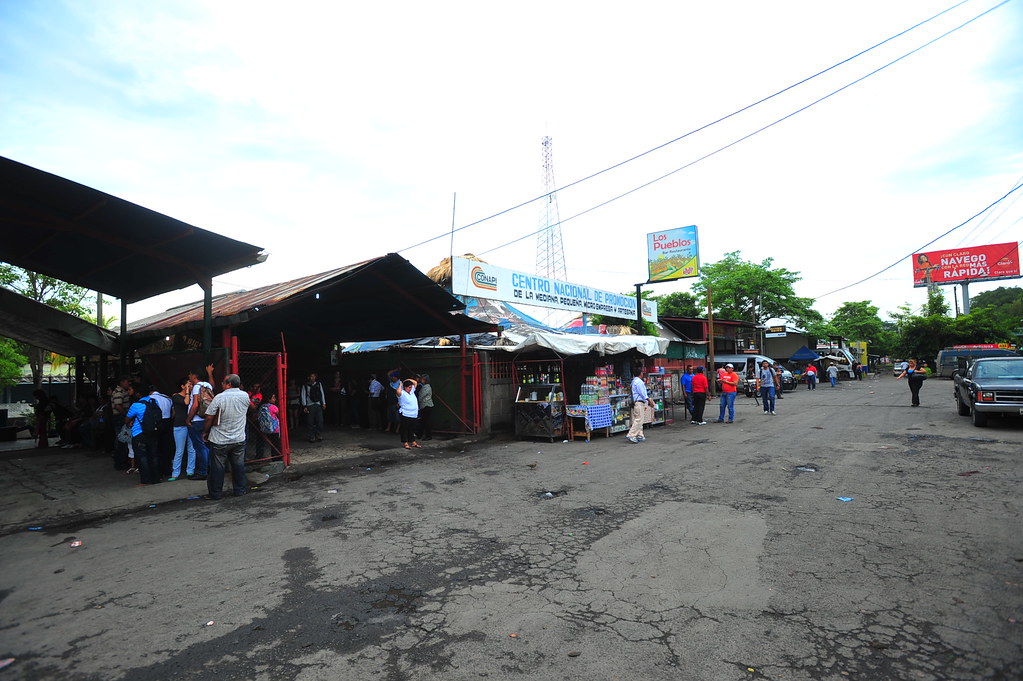 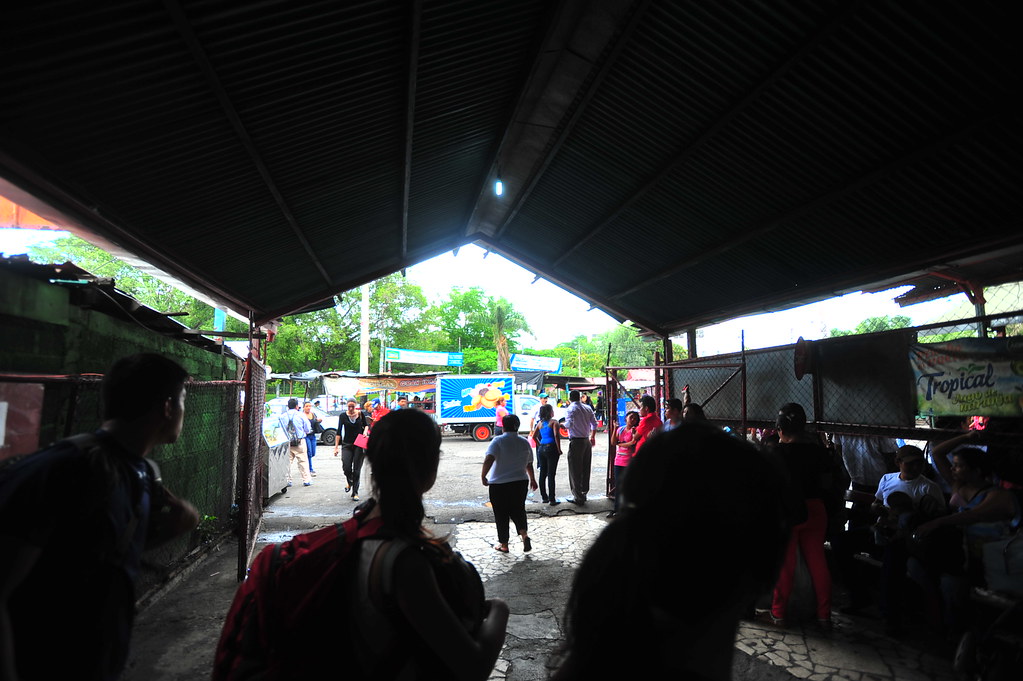 Take care of your belongings while on the bus as it can get EXTREMELY crowded. They pack you in like sardines, to the point of absolutely ludicrousness. Imaging standing without being able to breathe for the 1 hour ride. 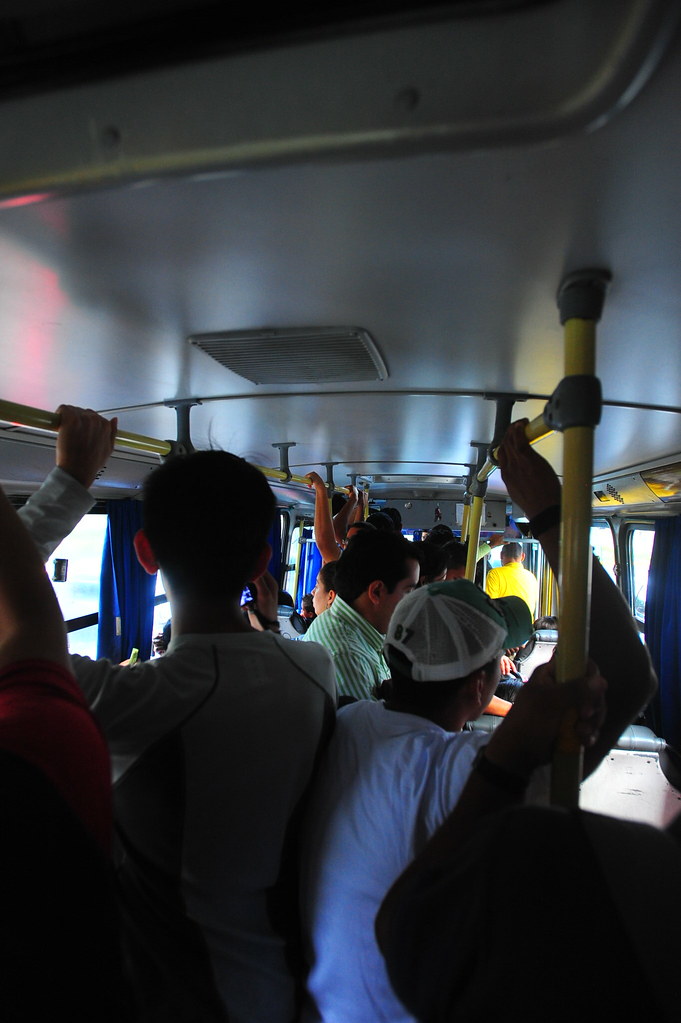 And here we are, in Granada, soaking up its colonial charms: 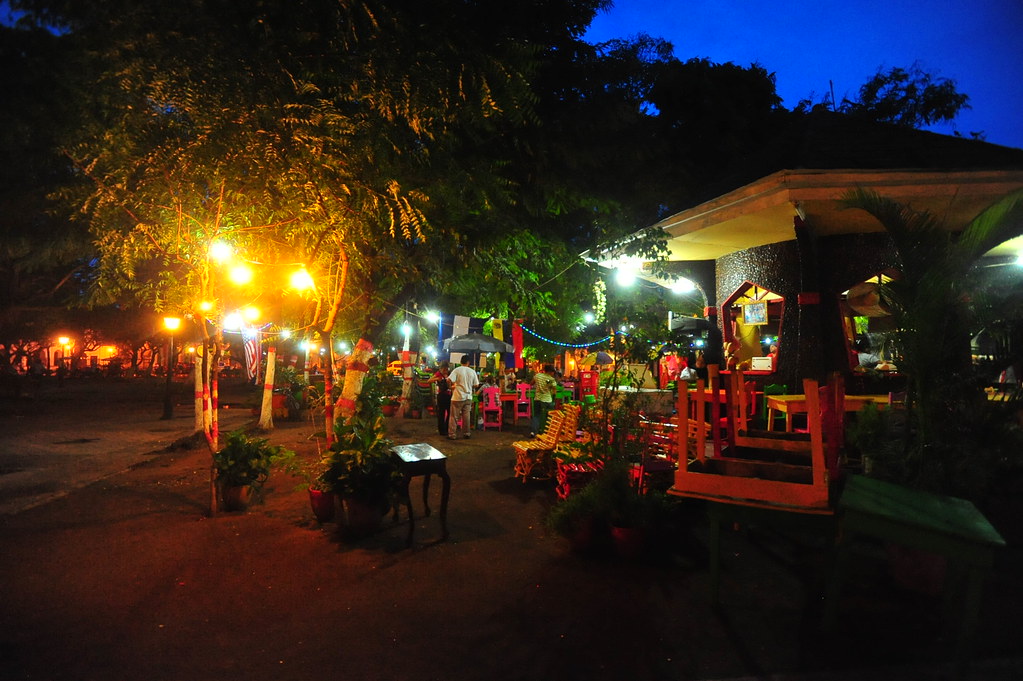 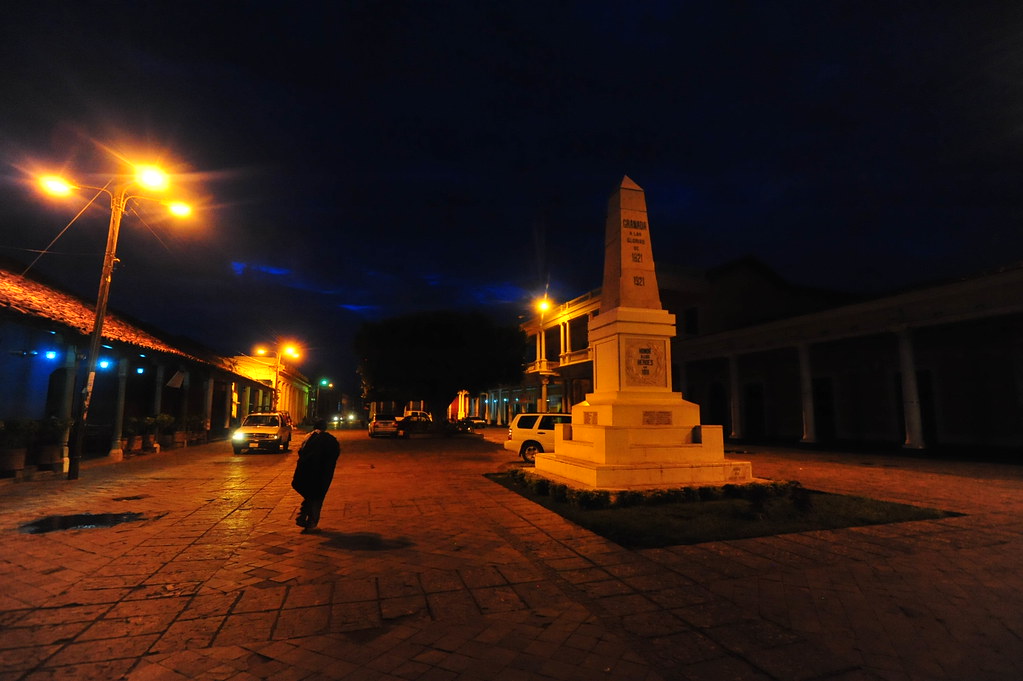 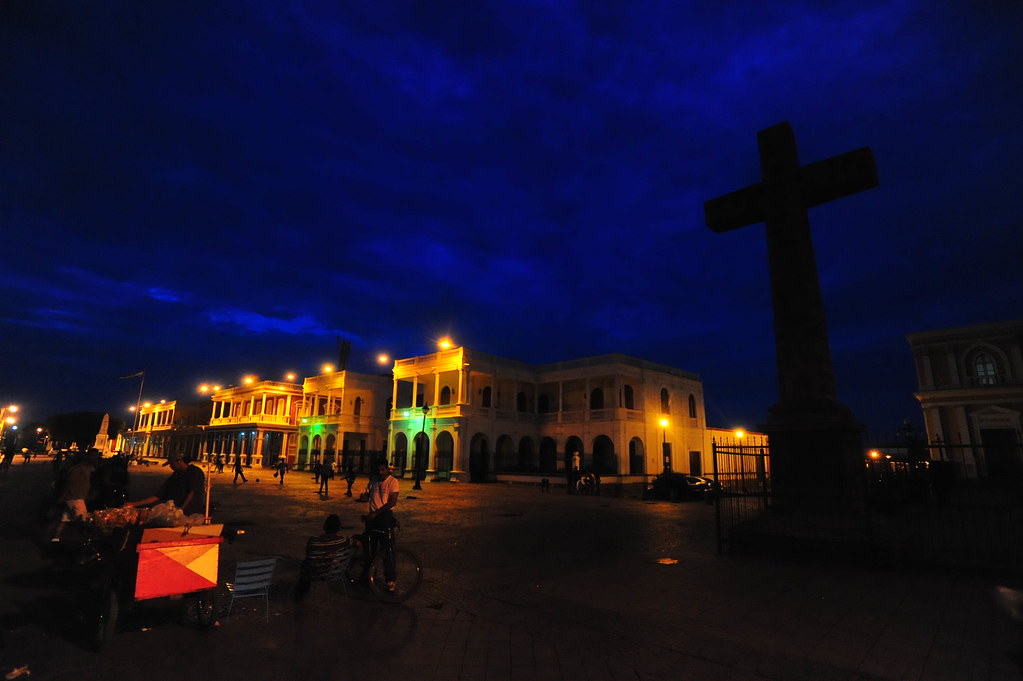 Looking forward to exploring more of Granada in the morning.