Border Crossing From Hell From Costa Rica To Panama

I’ve done quite a few overland border crossings in my travels, but none was quite as bad as the one I just did today from Costa Rica to Panama. This is probably as bad as it gets but today was probably way out of the ordinary and we were simply unlucky to get caught up in some extraordinary circumstances.

1) We began with a 4 hour bus from Manuel Antonio to San Jose, which cost about $9 per person. Afterwards we cabbed it to the Ticabus station and boarded an 11pm bus ($60 per person) for Panama City. We were on the bus for about 5.5 hours before we arrived at the border town of Paso Canoas between Costa Rica and Panama: 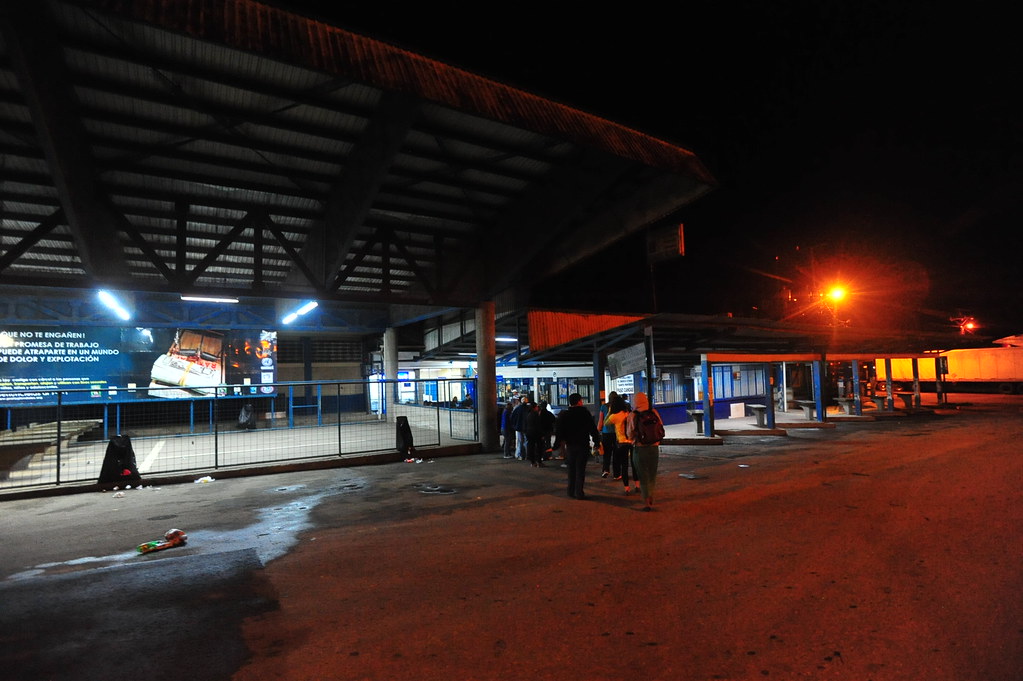 2) It was about 4:30am when we arrived at the Costa Rica border, so you can imagine how sleepy we all are when they wake us up. We were then barked at to get off the bus to get our Costa Rica exit stamps in our passports, after which the bus drives away to the Panama border…and then we find out that the Costa Rica passport office/border post doesn’t open until 6am. So we waited for an hour and half outside in the dark.

Other border crossings would have allowed us to sleep on the bus. So I slept on the floor instead. 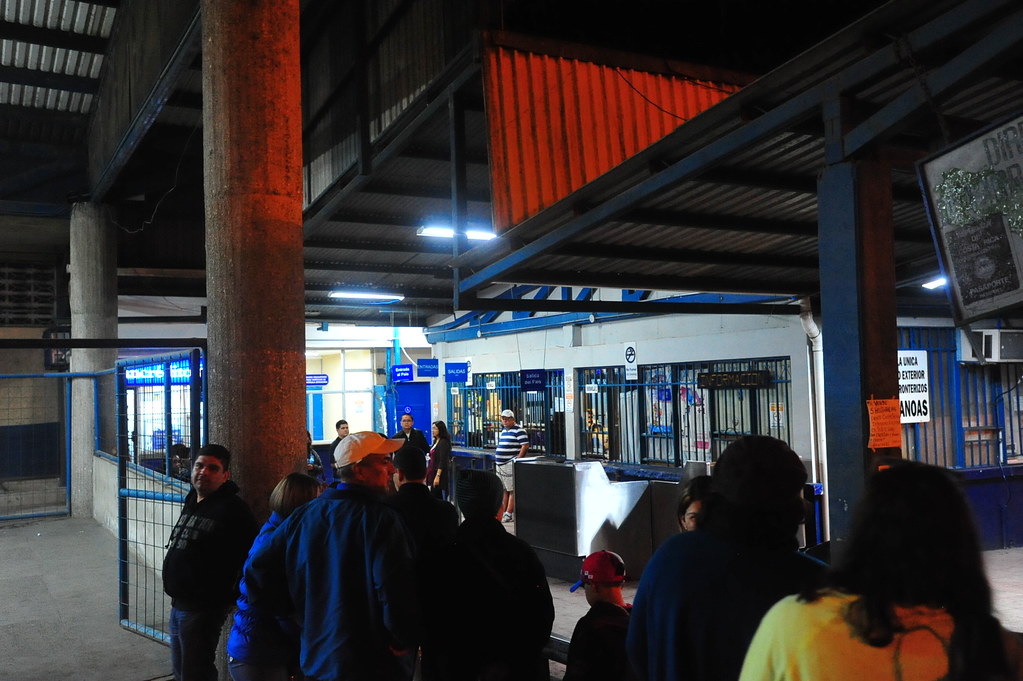 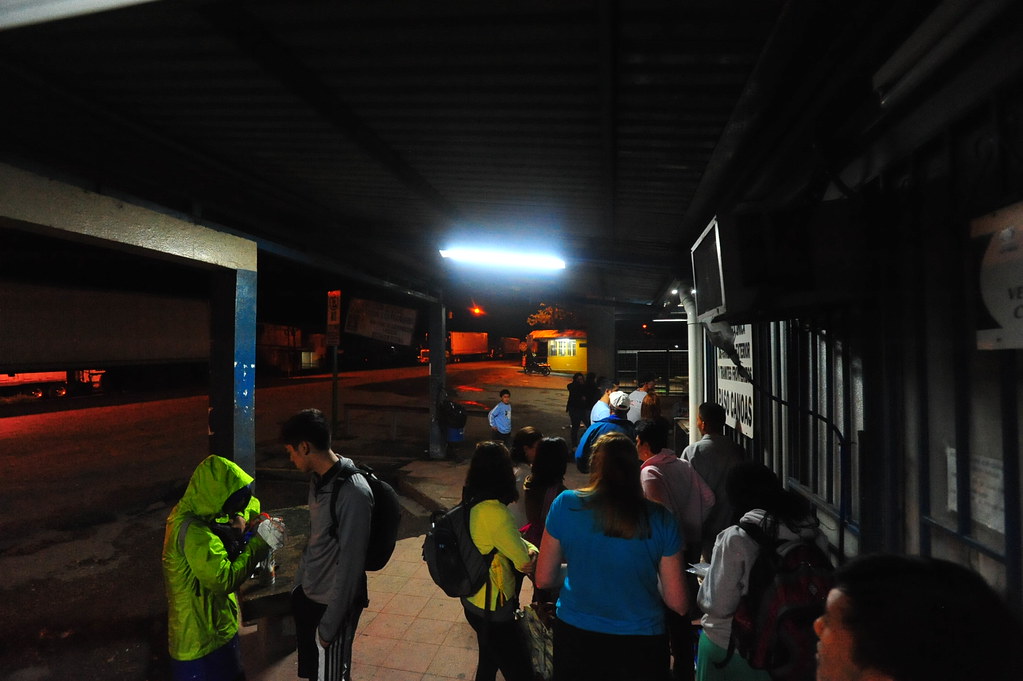 4) At 6am the Costa Rica border post opens, and  thankfully it didn’t take long for them to process our passports. 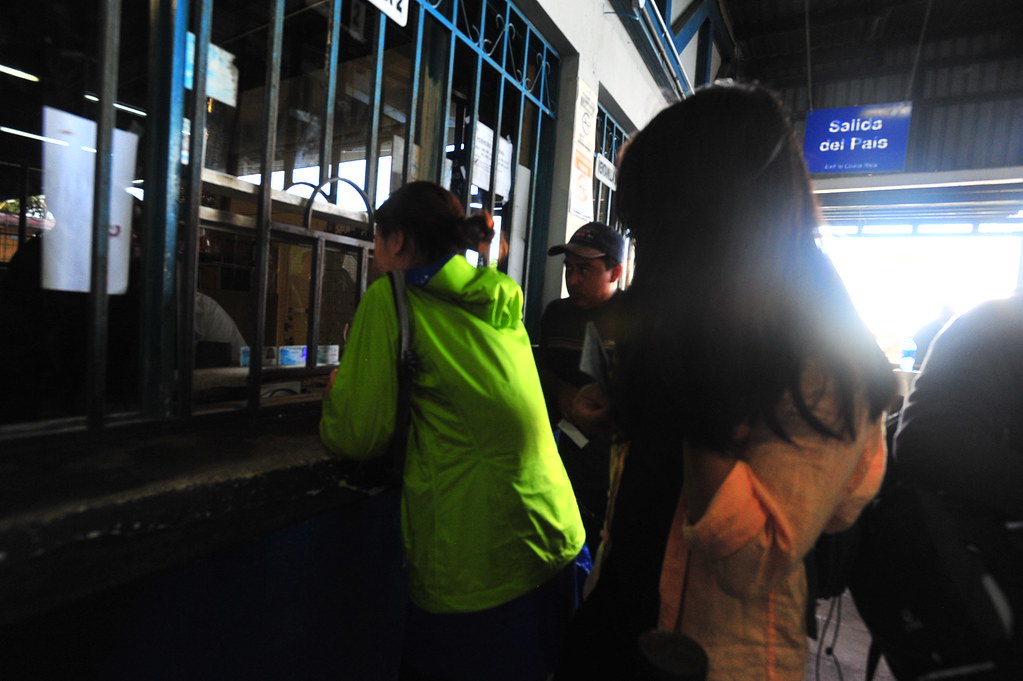 5) We then walked over to the Panama border: 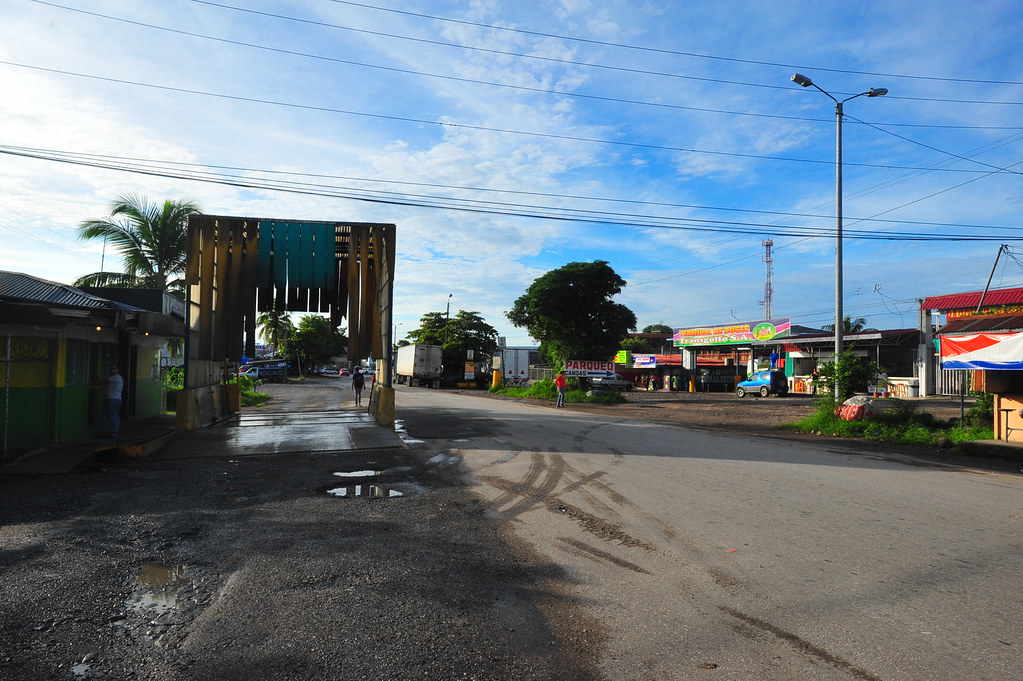 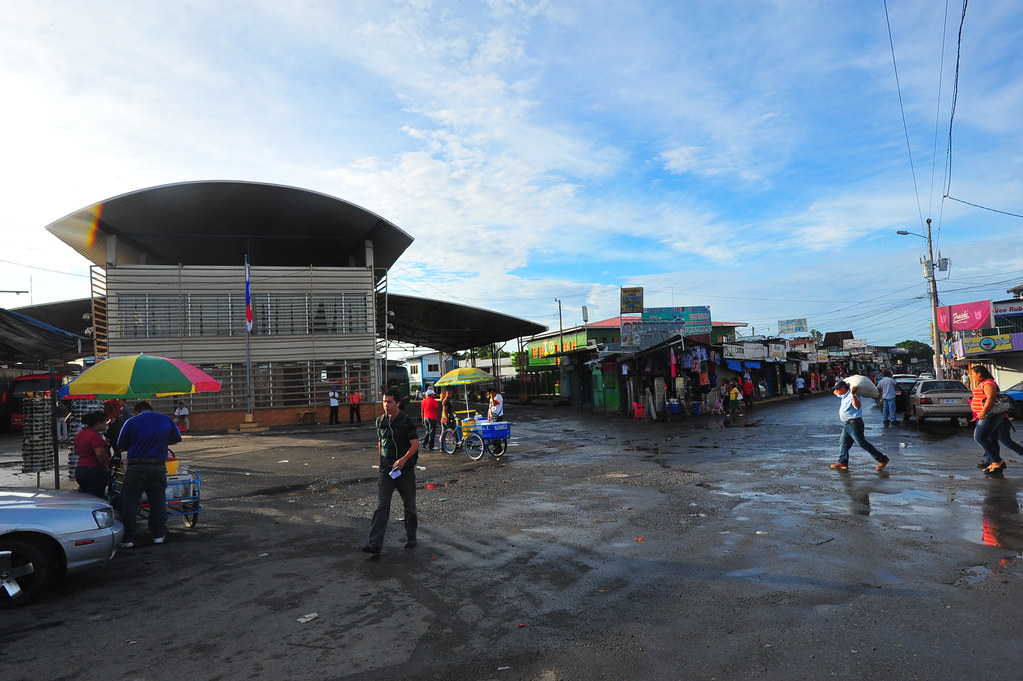 6) However, once at the border entering Panama, we arrived to discover only one person was working for a crowd of over 500 people, one by one in a line, trying to enter Panama. Yeah, right. But really, we wait over 3 hours while moving at a glacial pace.

(We were told later on that today was a holiday which means everything in Panama was short staffed…but no amount of research online afterwards to confirm would yield such information). 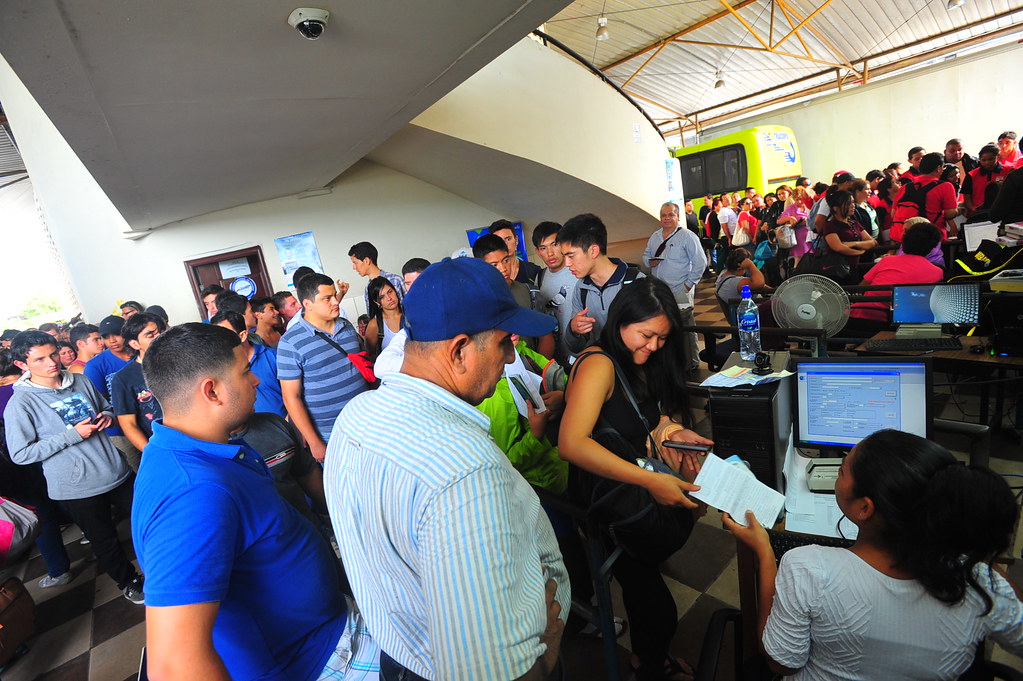 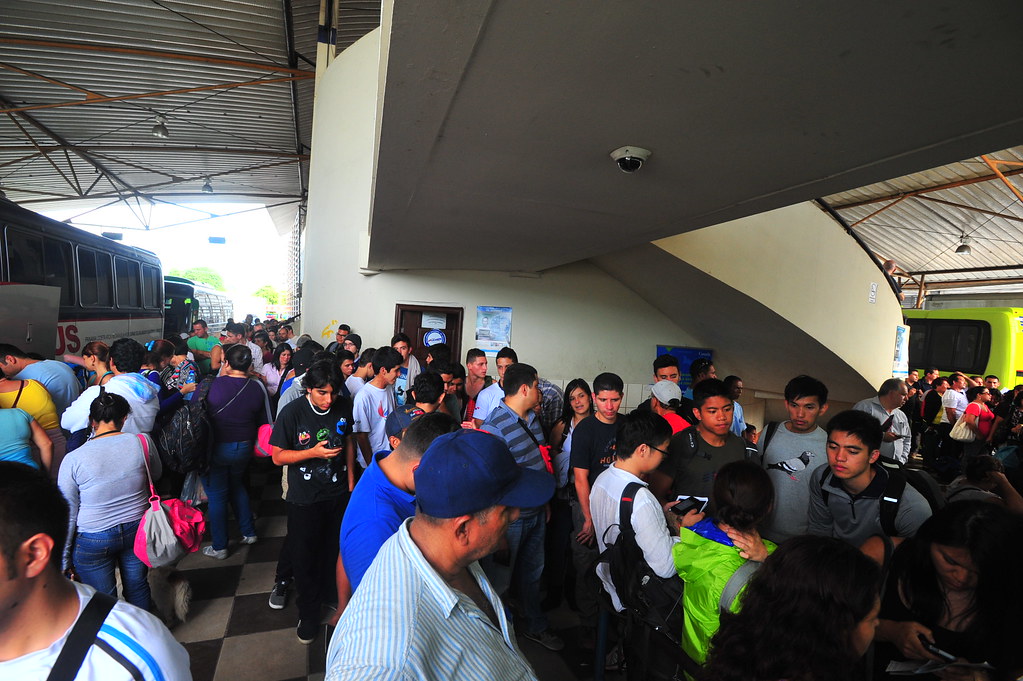 7) After that nightmare was over we were introduced to another: we were made to take our bags from the bus and bring into a customs room, where again, only one person was going to search all 500 of our bags, one by one. 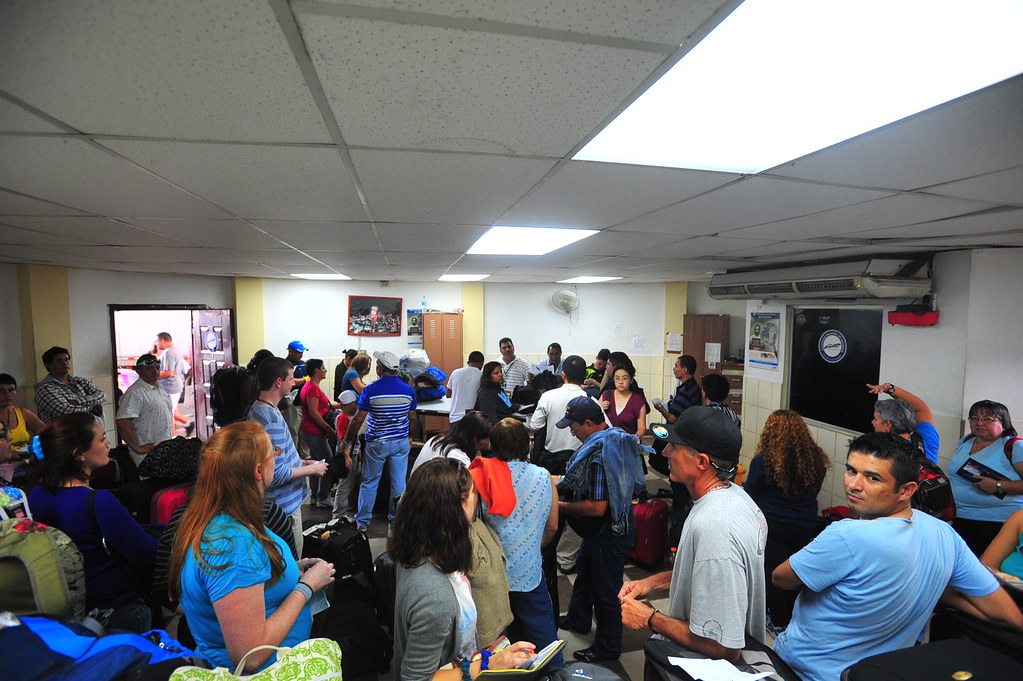 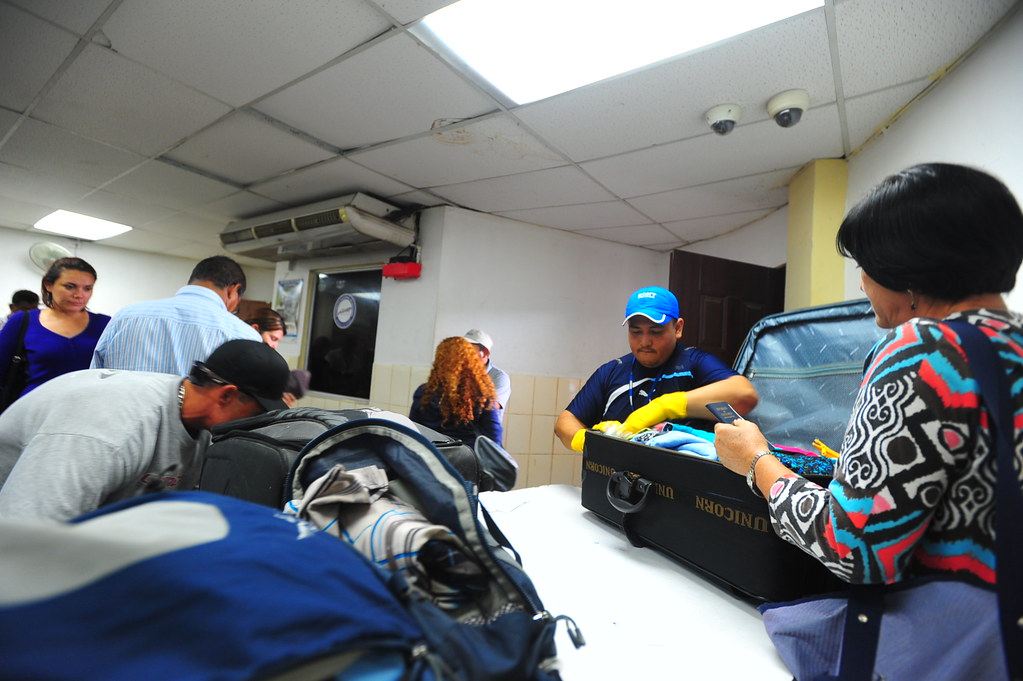 8) After discussing Freud, debating some Kant and deriving the formula for cold fusion, we got back on the bus and made our way to Panama City, which was going to be another 9 hour ride.

It may not seem that bad in writing, but imagine being told by previous travelers that the crossing would take only 30 minutes when it actually took 4.5 hours (9 times as long!).

The bus company felt so bad (because what had happened, they said, was totally unexpected) that it stopped at a McDonald’s for an hour and bought us all chicken sandwiches: 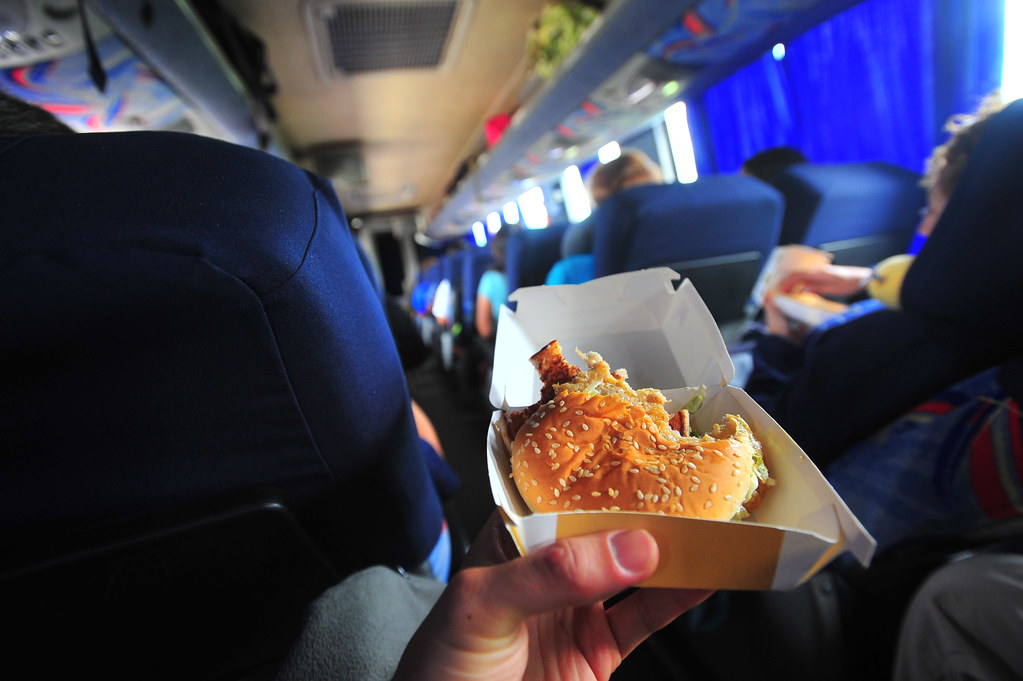 Tica Bus, brought to you by McDonald's 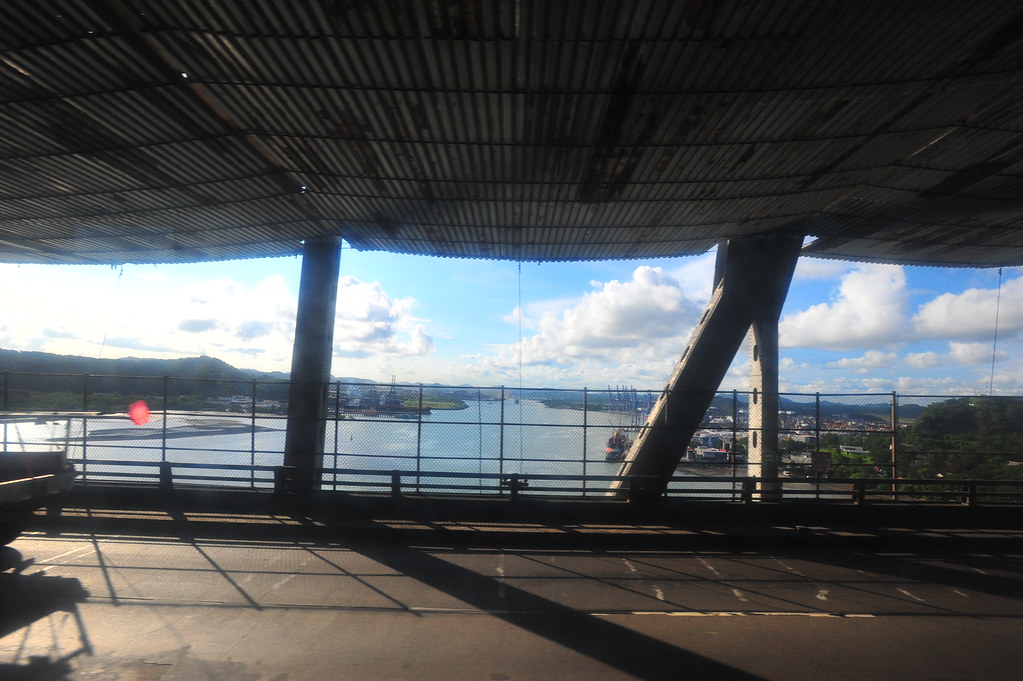 Panama Canal up ahead!

And their Albrook Bus Terminal in Panama City was a welcome sight for sore eyes and cranky limbs: 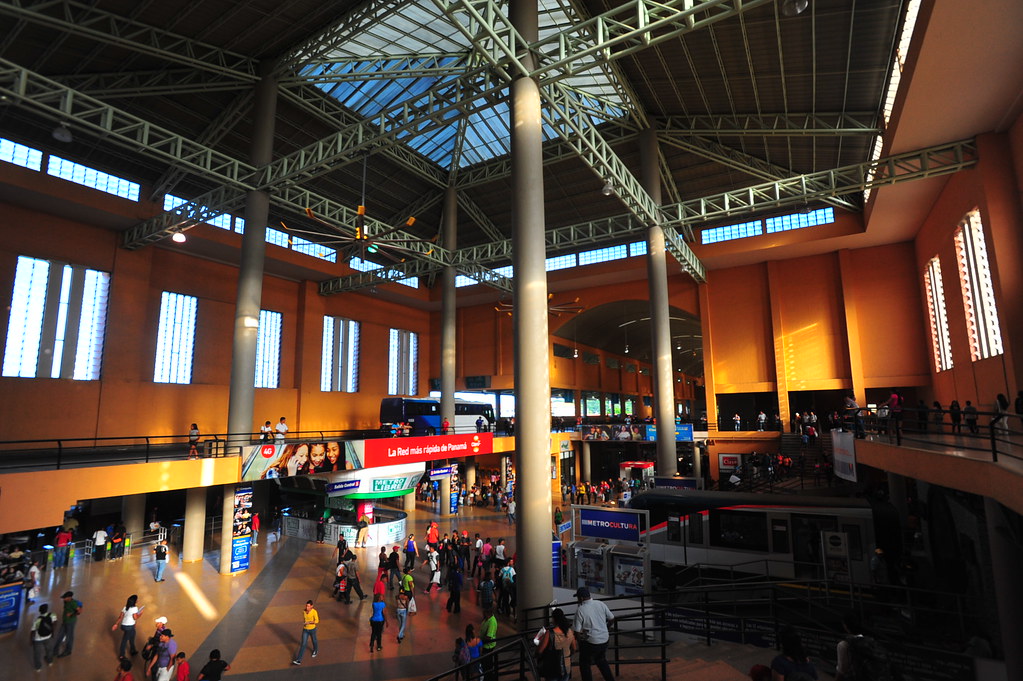