At The Southern Edge Of Civilization: Tierra Del Fuego 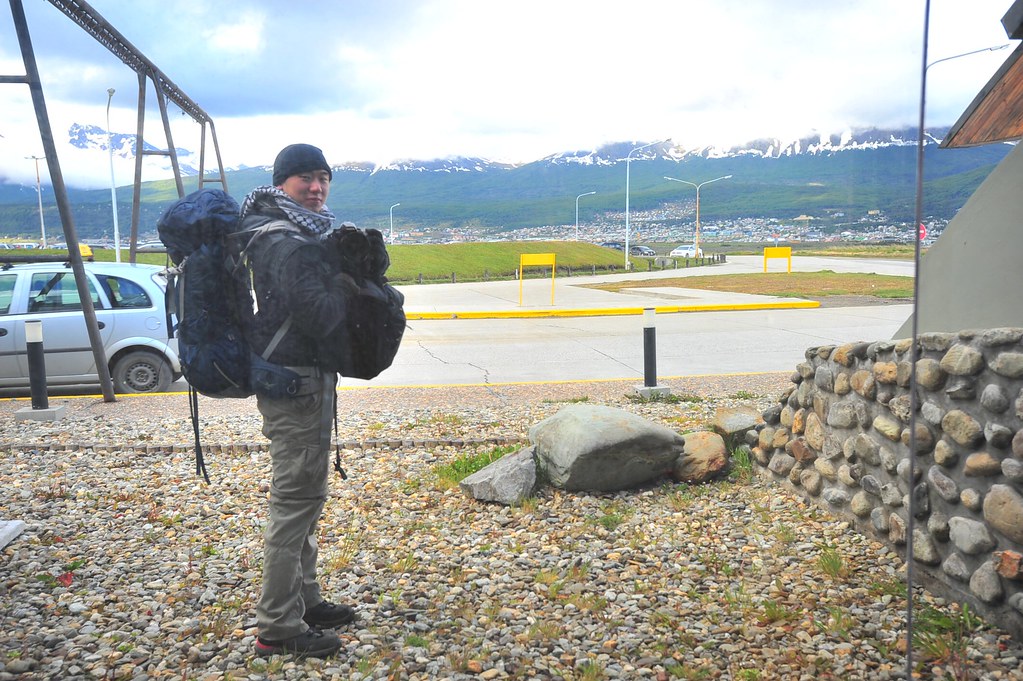 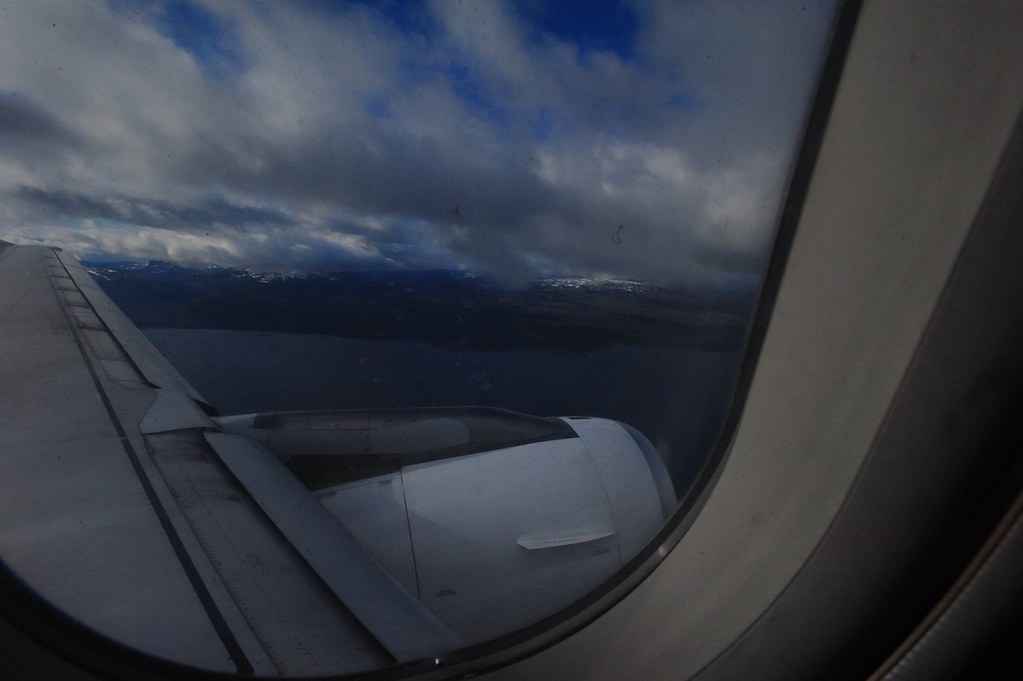 Flying in the early morning

I’ve been dreaming all my life about coming to Tierra del Fuego since the first time I looked at a world map, and now I’m not only here, but one step closer to Antarctica.

We boarded our flight from Buenos Aires to Ushuaia at 4am in the morning: 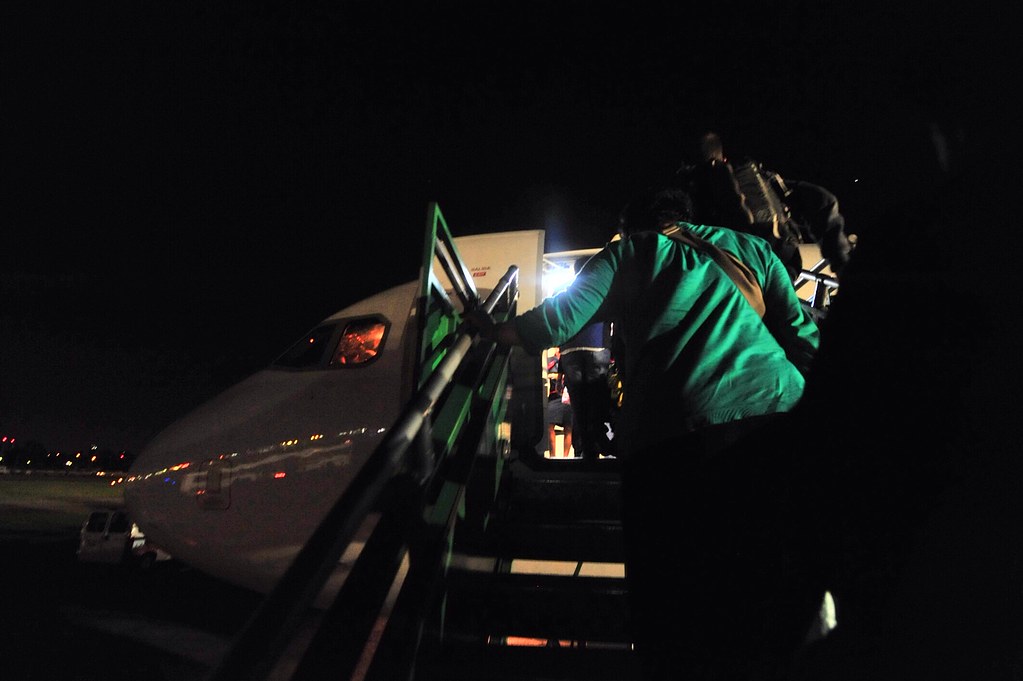 We arrived at around 8am: 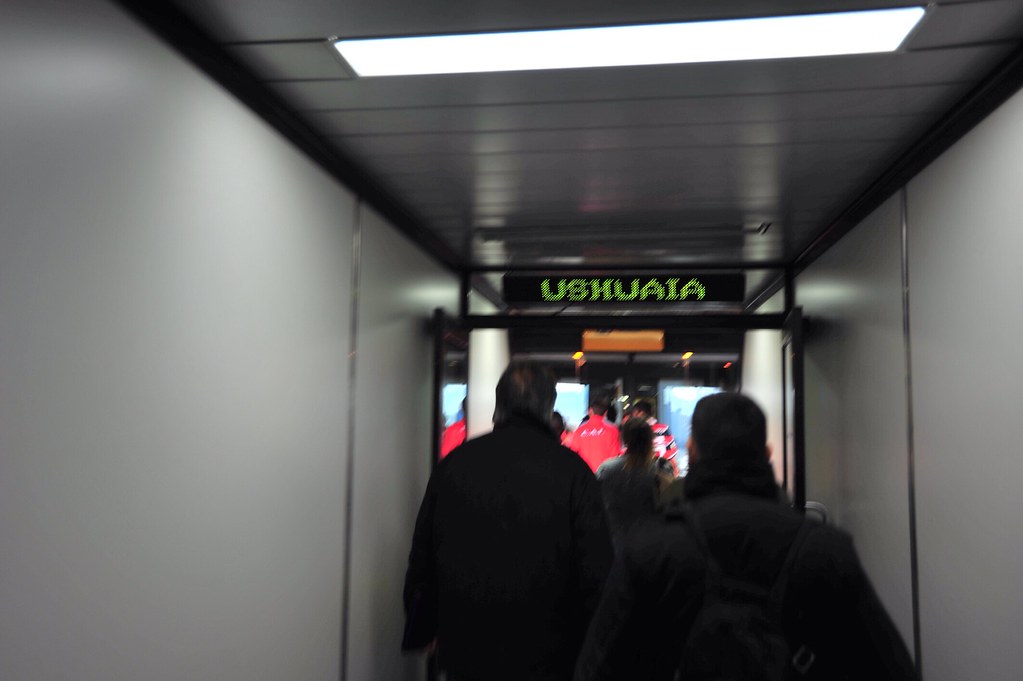 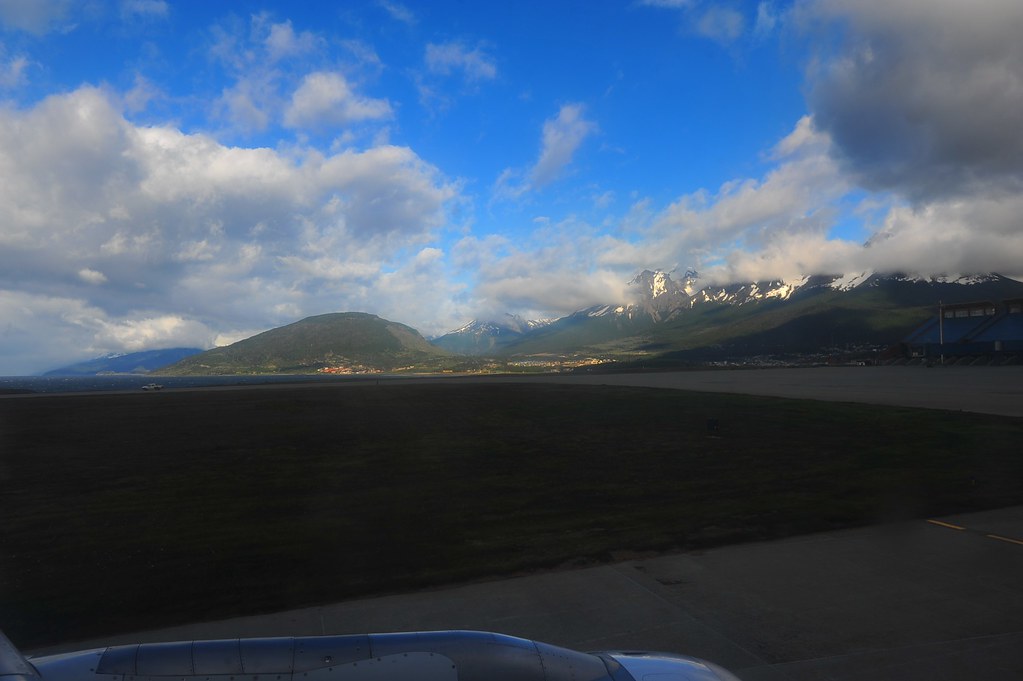 Ushuaia is a dreamscape; a sizable city underneath the backdrop of sweeping snowcapped mountains and mist, with all 4 seasons ready to descend upon you over and over in a day. It’s officially springtime here, but any moment can see rainfall, sunshine, hail, snowfall, fog, and sunshine again all within a span of a single day. When I started this post it was raining. 10 minutes ago it was brilliant sunshine. It’s starting to snow right now.

When you’re this far south of the world, expect weather to behave in ways you can’t expect when you were living closer to the equator. 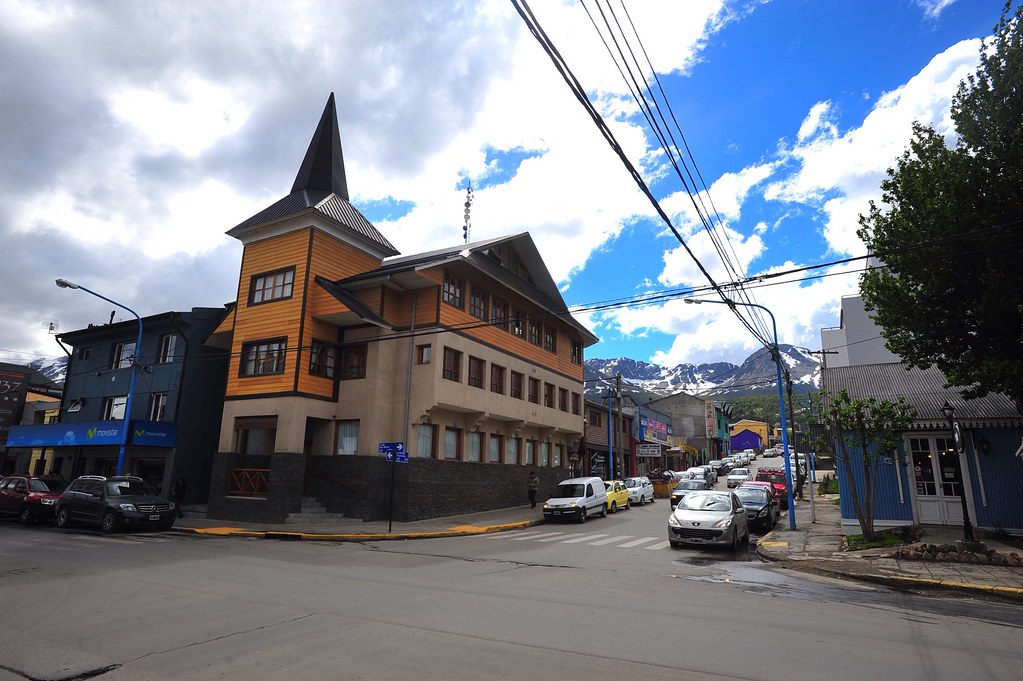 Walking around the city is fairly pleasant, despite the biting cold (around 38 degrees F) and an occasional 5 minute monsoon or two. 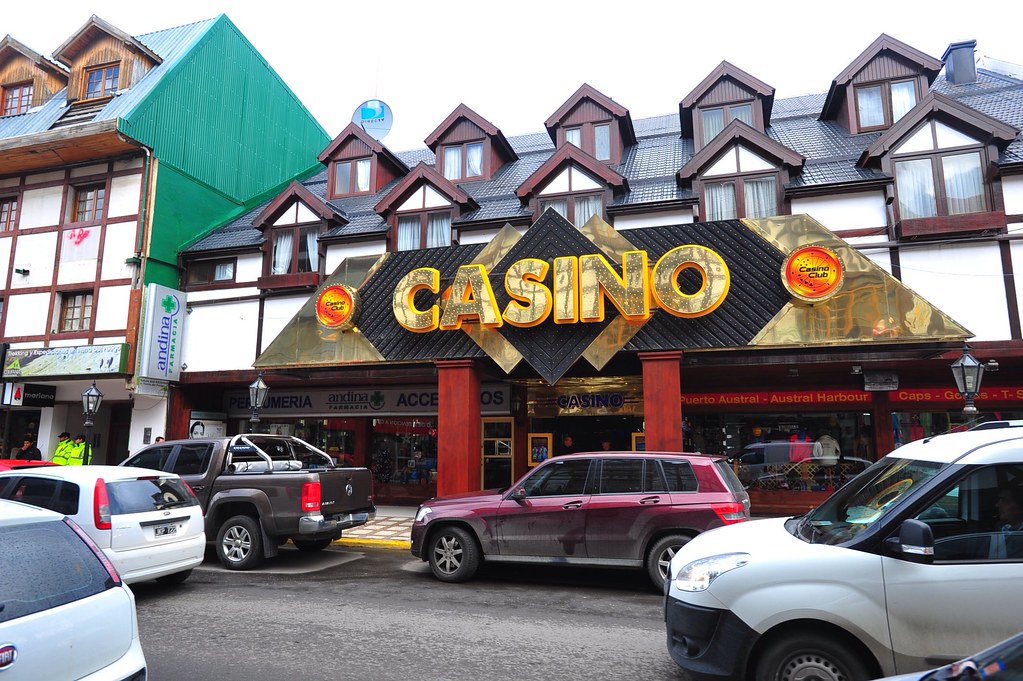 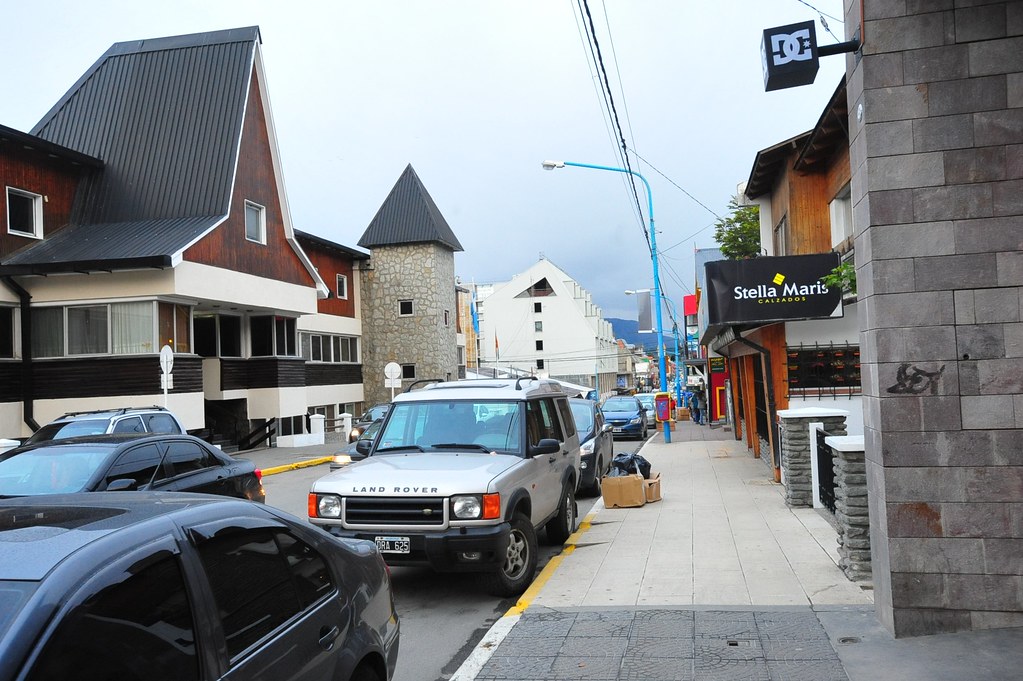 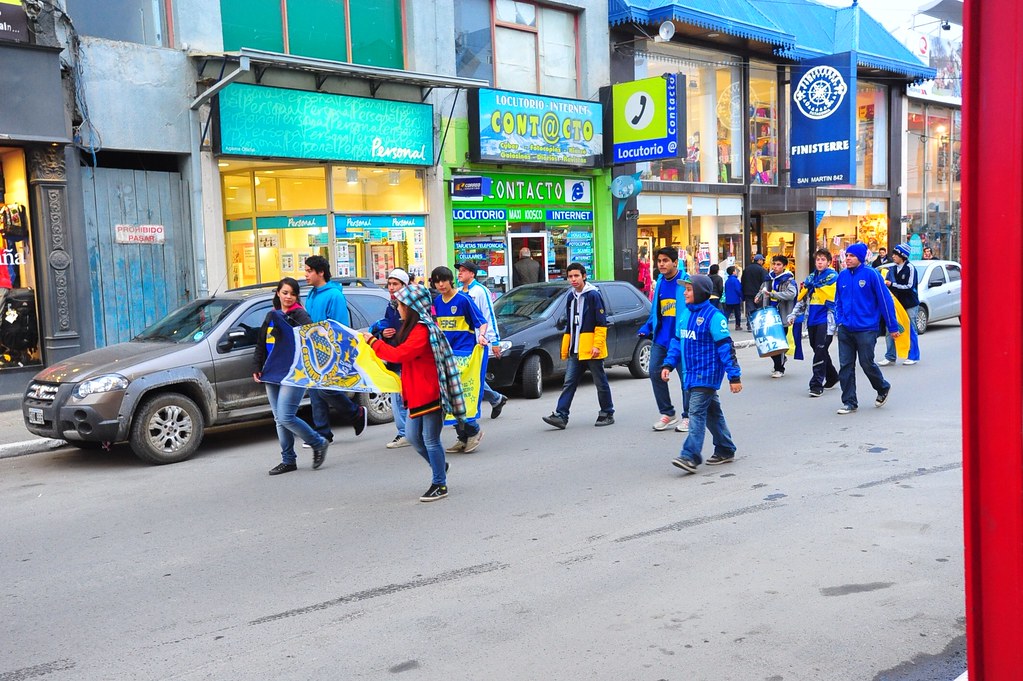 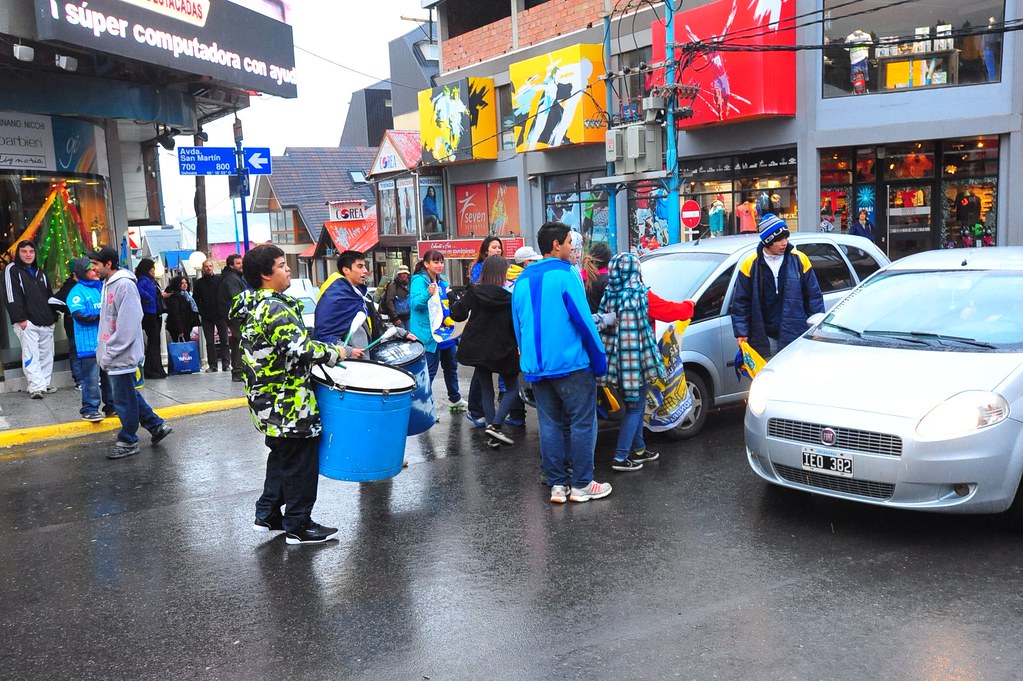 At 6:30pm I held an orientation for my group of 19 travelers at The Galway Bar. We went over logistics of the trip, how being on a ship for a week will be like, and dealing with sea sickness. I was also informed lately that I’ve been assigned as an official crew member; I even got my own walkie-talkie.

My group of penguins that have arrived into Ushuaia for this trip comes from all over: The Netherlands, Australia, India, United Kingdom, United States, Singapore, France, China, Iran, Germany, and Japan. Everyone in our group is pretty young and it looks like we’re going to have a fun group for the next week: 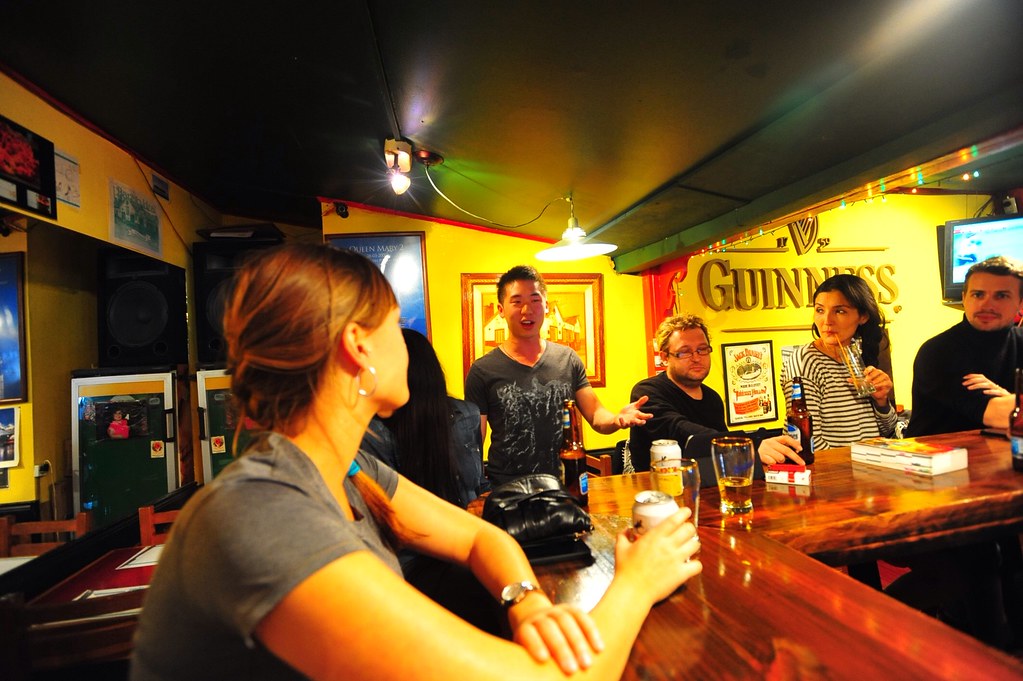 BTW, this is what 10pm at night looks like in Ushuaia: 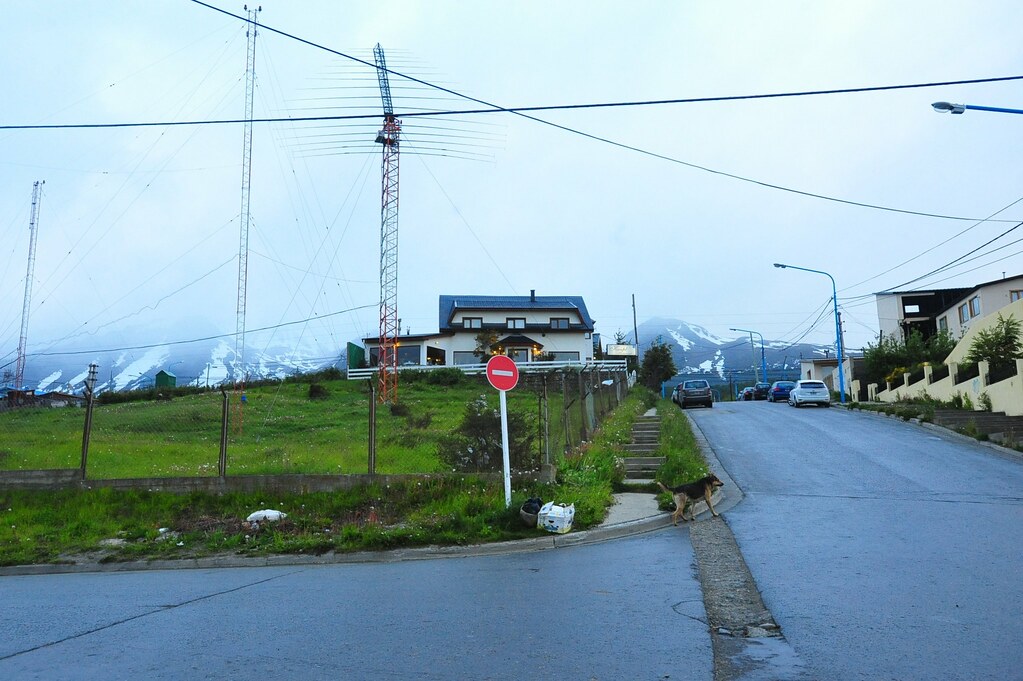 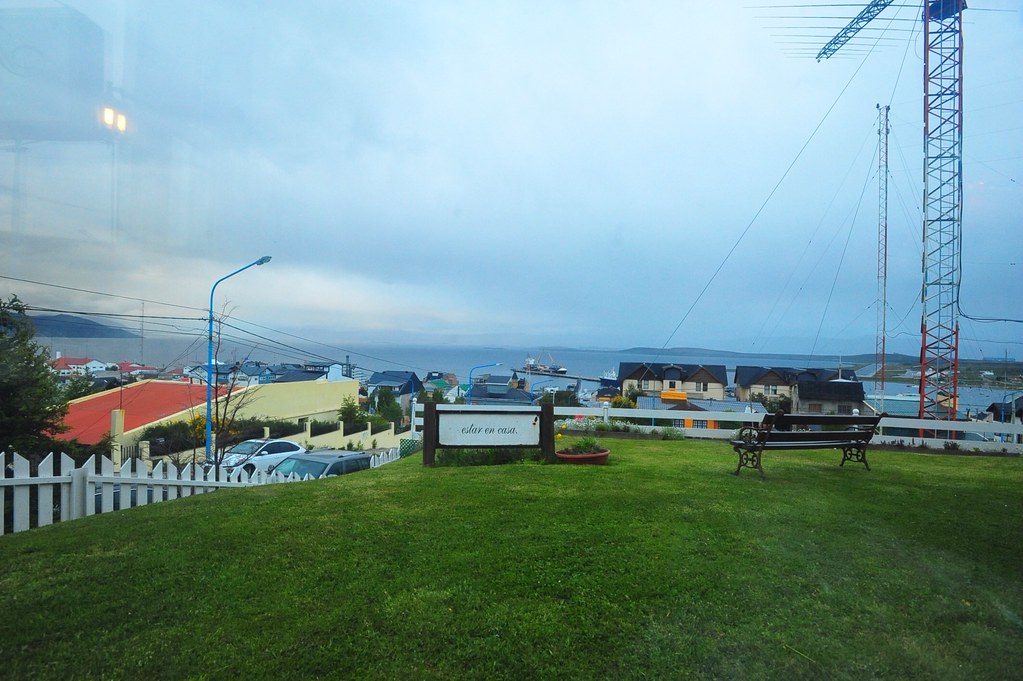 After the orientation and a couple of drinks, we have begun our night with a dinner at Kaupe restaurant, one of the best places to get food in Ushuaia: 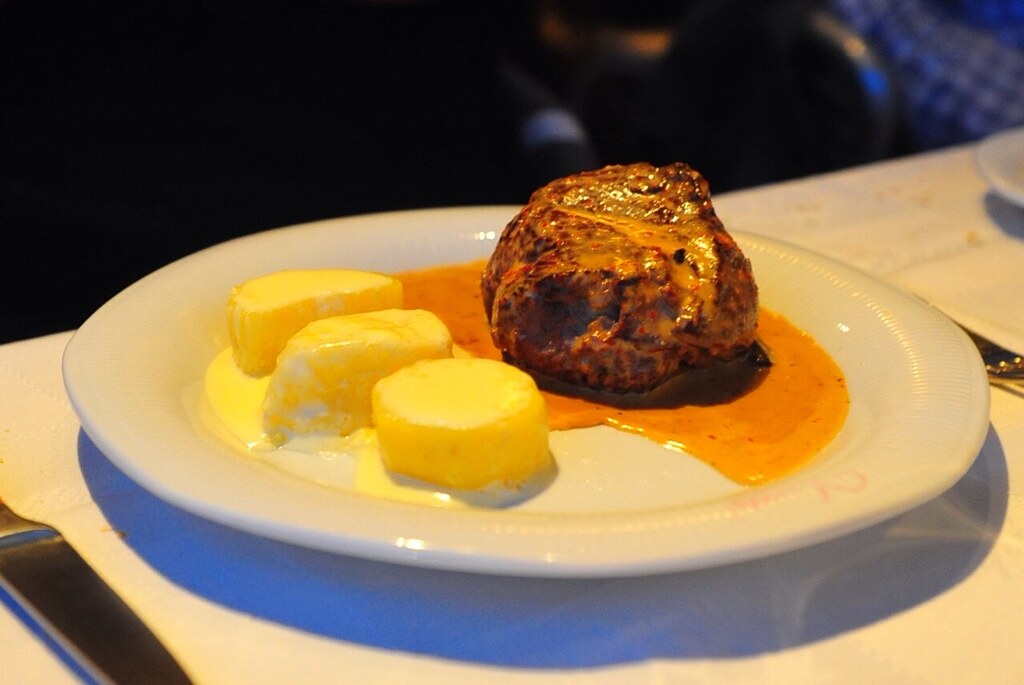 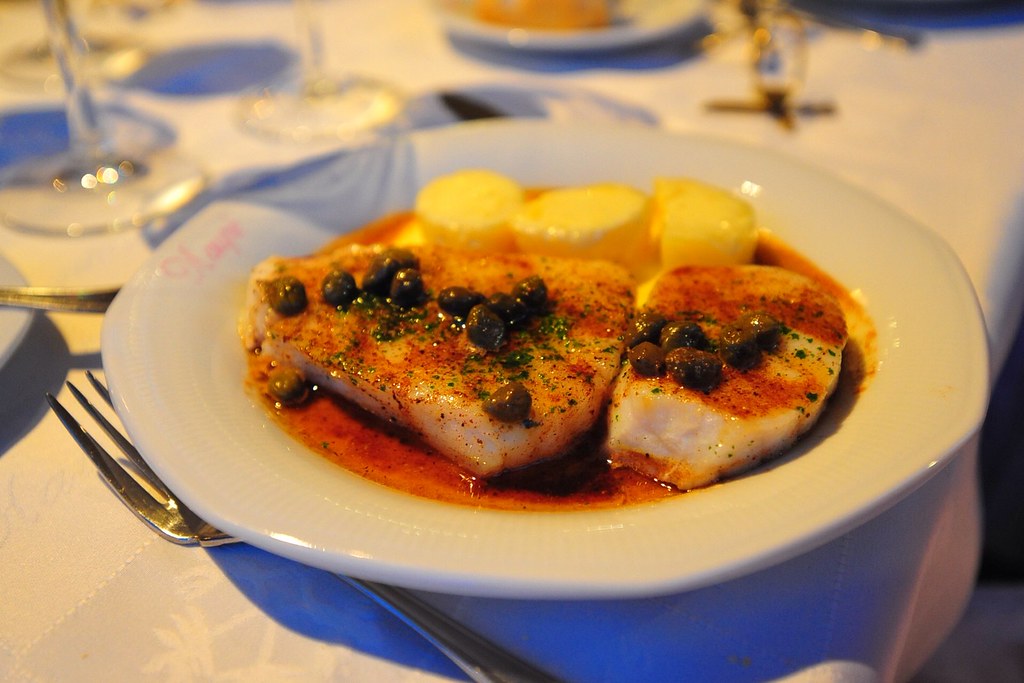 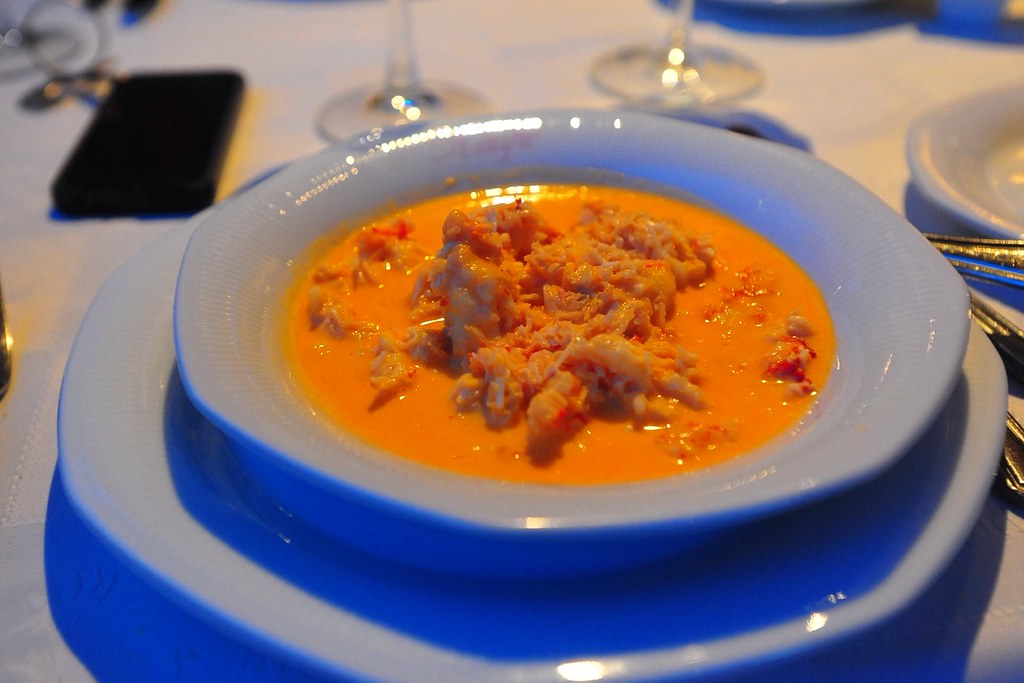 19 people from 11 countries. The group is here. Antarctica begins tomorrow. It’s time to have an adventure of a lifetime. 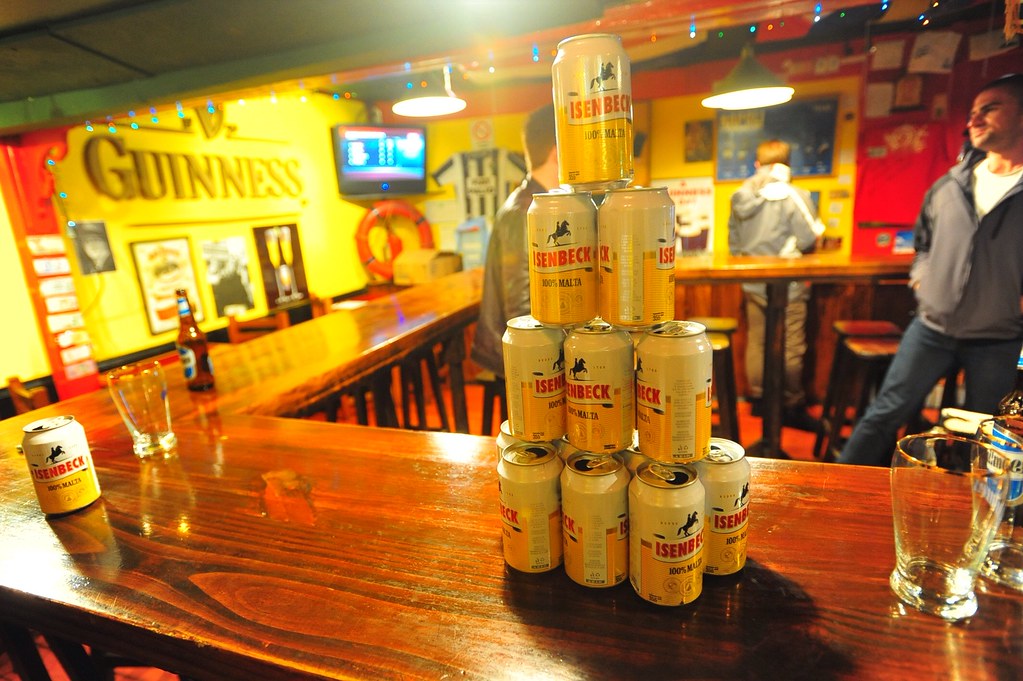