The Fate That Binds Us To Antarctica 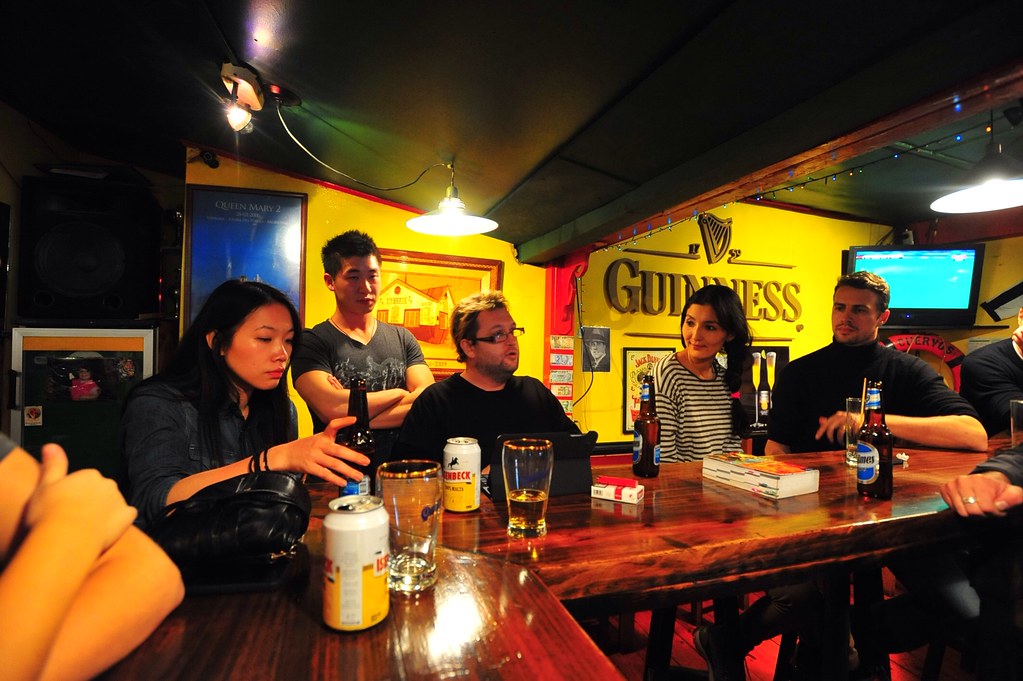 Gareth discusses the itinerary during the orientation 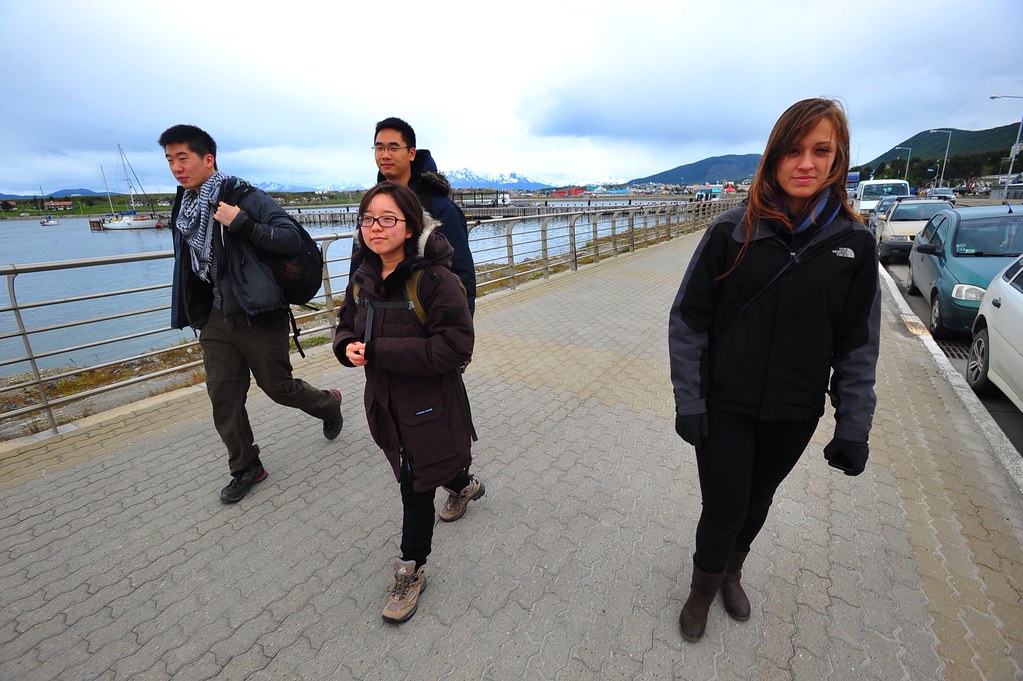 Walking along the docks 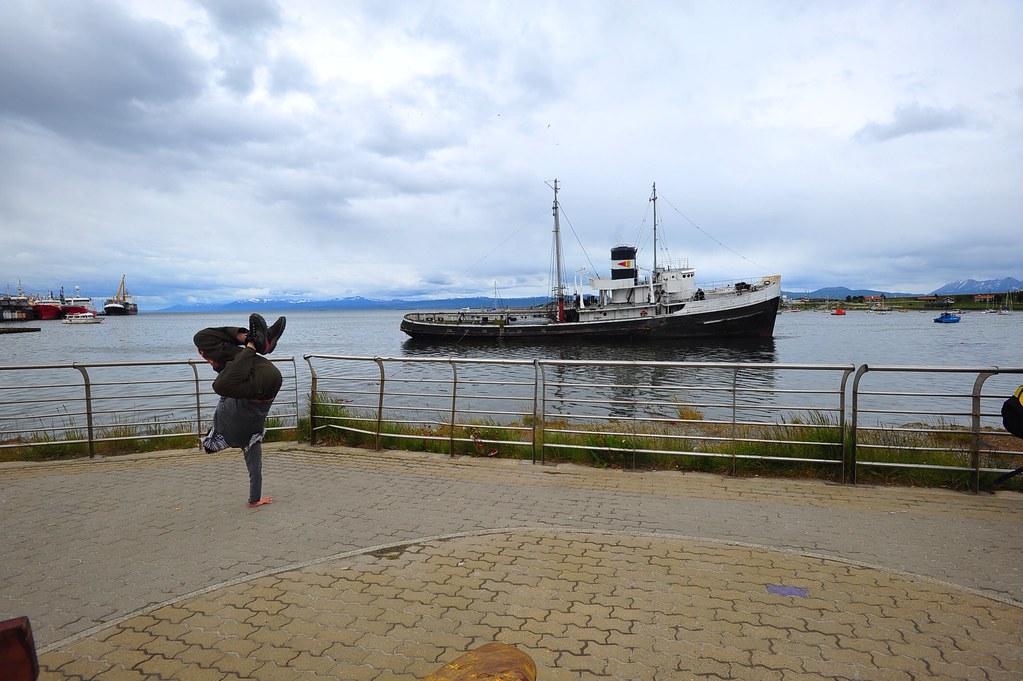 The San Christopher -- an abandoned ship beached on Ushuaia -- and the southernmost city in the world just got served.

We sail in less than 3 hours. Anyone worried that it’s also the Friday the 13th?

As we wait for our ship to be prepped, I look back on 3 years of travel and coincidences, how we got this trip off the ground and how at the age of 27 and within 3 years since my first trip abroad we are leading 19 strangers on our very own expedition to Antarctica.

July 2010: Bangalore, India — I’m hanging out by myself in southern India when I get a message from a friend whom I haven’t heard from in ages. He refers me to a friend of his from Bangalore who might be able to show me around. I meet up with Vineet Deviaiah a few hours later and he takes me out for a quick 30min dinner right before I have to run to catch my onward bus to Chennai. I wasn’t sure if I would ever see him again.

July 2011: Dhaka, Bangladesh — I meet probably the only other backpacker in the entire country while staying at my guesthouse. His name is Alex Lang from Australia and we hang out for 2 days in Dhaka. He talks to me about my upcoming trip to North Korea and how he had done it a few months earlier with a group called YPT, run by a guy named Gareth.

August 2011: Pyongyang, North Korea — I meet a guy named Gareth Johnson, who leads my tour to North Korea. We quickly become friends and for the next 2 years we lead groups to Iran and Chernobyl together.

August 2012: New York, USA — My girlfriend introduces me to her friend from Hawaii, Tabitha Shook. We hang out for the night and she tells me how she loves to travel.

December 2012: Chernobyl, Ukraine — Of the 18 people who came along on this epic trip to Ukraine and Poland — including Gareth Johnson — an old friend whom I’ve known since 6th grade also tags along. His name is Simon Lu and we had only run into each other in Times Square a few weeks prior. We hadn’t spoken in years before then.

January 2013: New York, USA — I look through Alex Lang’s photos and saw that he had just been to Antarctica. I casually ask about that trip and he tells me to speak with a friend he met on the trip named Serena Yuan.

I speak to Serena Yuan with Gareth Johnson and within days we make a deal for a December trip to Antarctica: Gareth and I are to find 16 willing travelers for Antarctica by the end of the year, assuming the responsibility of filling up these cabins while the ship company can focus on other expeditions. In return, we are allowed to sell at a lower cost than the publicly listed price while we go for free as the expedition leaders.

Over the next few months I get 11 people and Gareth’s company gets 6. By late November we’re confirmed for Antarctica.

December 2013: Ushuaia, Argentina — It’s only been 3 years since my first trip abroad and Vineet Deviaiah, Tabitha Shook, Gareth Johnson, Simon Lu, Serena Yuan are now all here together with me about to board m/v Ortelius for Antarctica. 14 others hailing from 11 countries — including mutual friends, acquaintances, people I just met, and participants on Gareth’s previous tours to North Korea — also join us for this trip.

And while there’s this backstory that led to this trip, there’s also the many future trips that will be made possible because of the people I will meet and get to know this week. Looking forward to this expedition and many more to come. 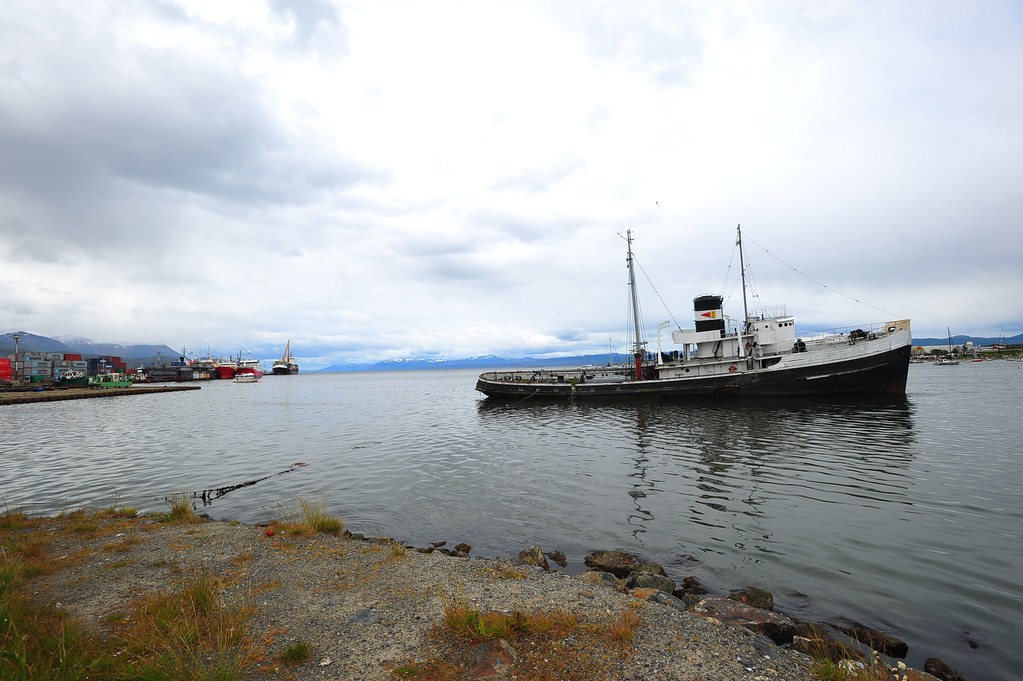 And speaking of “coincidences,” the band Metallica is still on our ship, the m/v Ortelius, for their concert in Antarctica. We’re boarding on the m/v Ortelius right after they disembark, actually, so there’s a high chance of running into them! 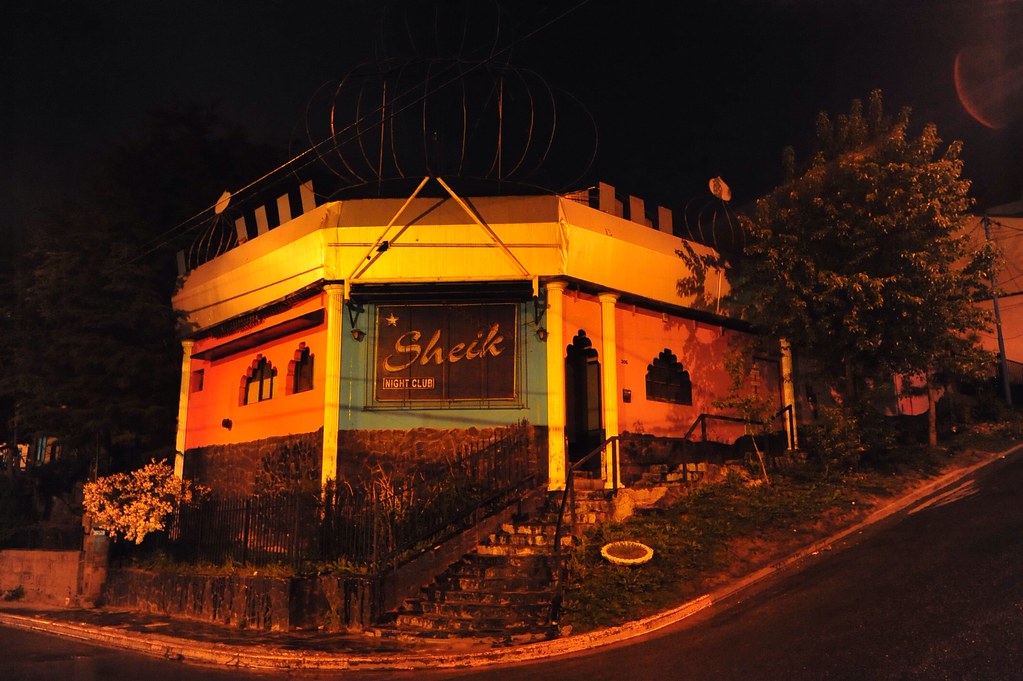 An abandoned looking nightclub in Ushuaia 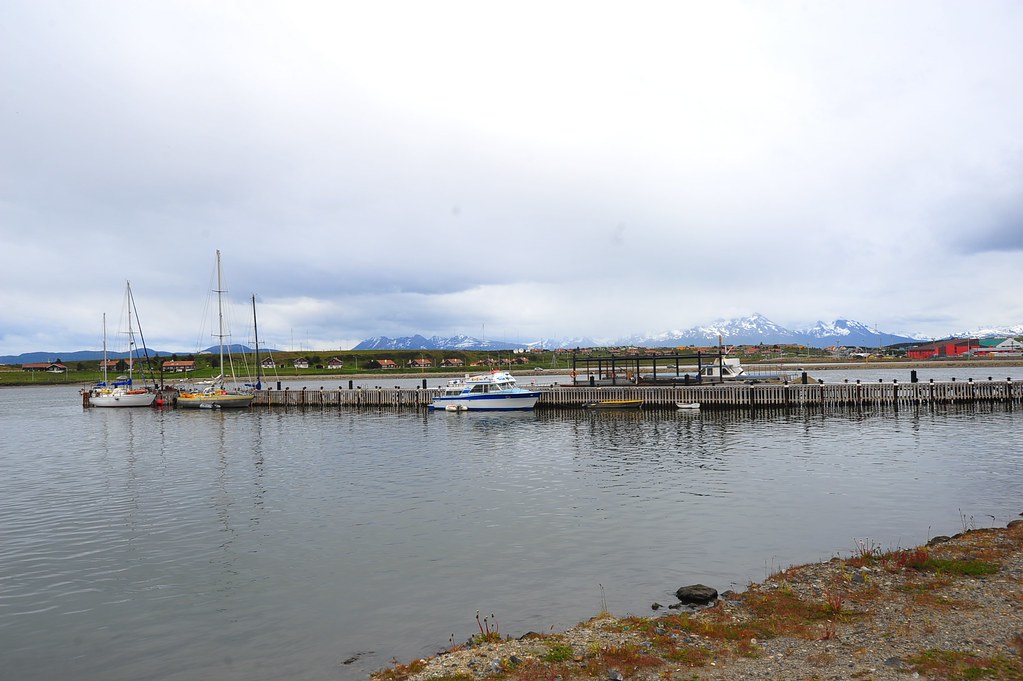 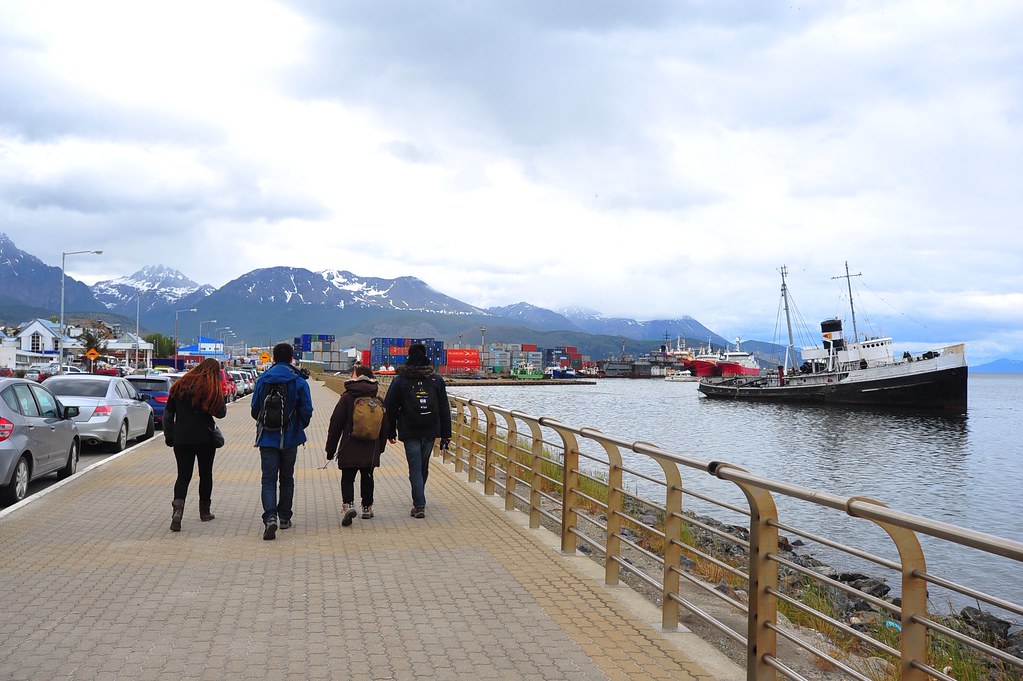 Bags packed. Readers, prepare for the possibility of radio silence for the next 9 days; if that’s the case, see you when we return on December 22nd with (hopefully) lots of unreal photographs.

Let’s board. See you in Antarctica… 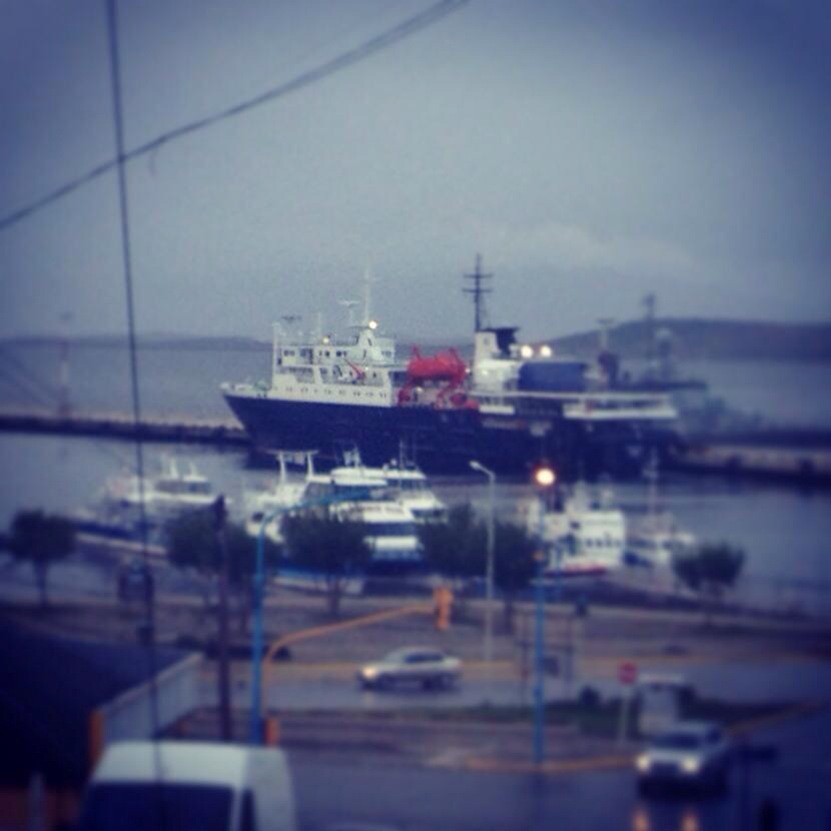 The m/v Ortelius, one of the strongest ice-strengthened vessel sailing in the Antarctic. Photo credit: Serena Yuan