0,0 …are the coordinates of a town 30-40 minutes north of Quito, called “La Mitad del Mundo” or “The Middle of the World” where the coordinates are essentially 0 degrees South x 0 degrees West: the exact calculated point (i.e. the equator) where you can cross between the Northern and Southern Hemispheres. 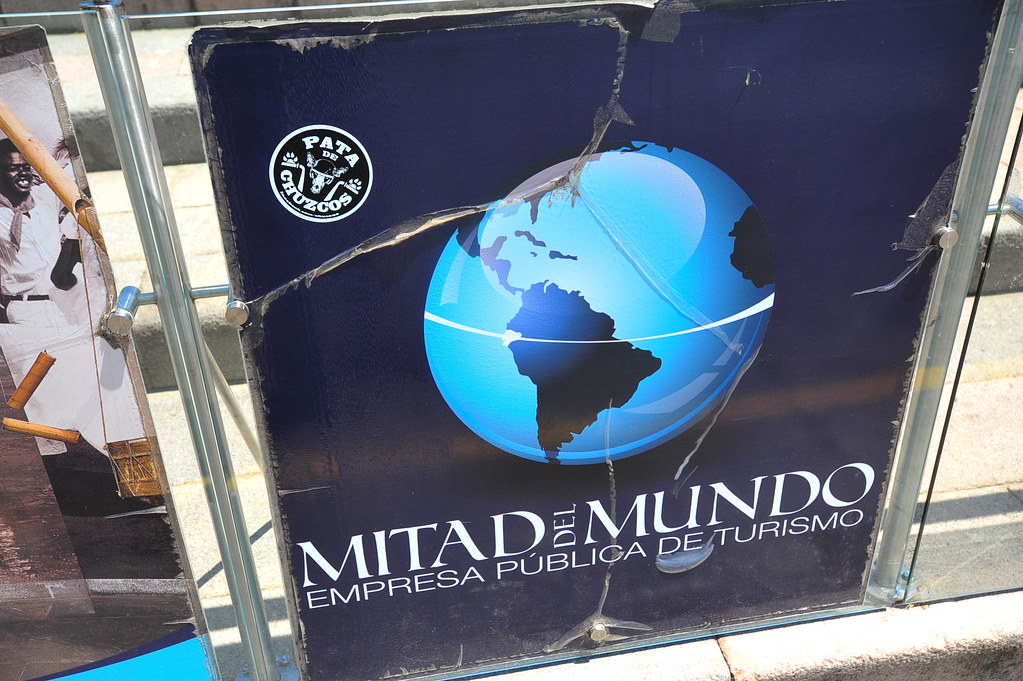 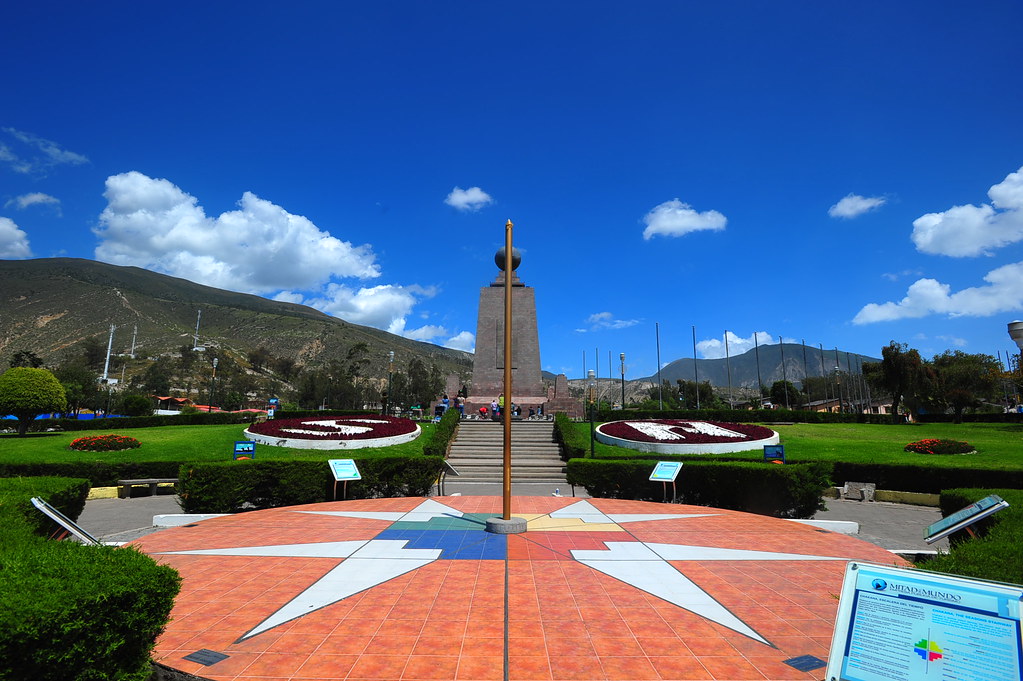 In truth the site has been erroneously constructed 240 feet away from the true equatorial line (thanks to GPS for figuring that out), but it’s still close enough to say that I was able to breakdance in both hemispheres at the same time: 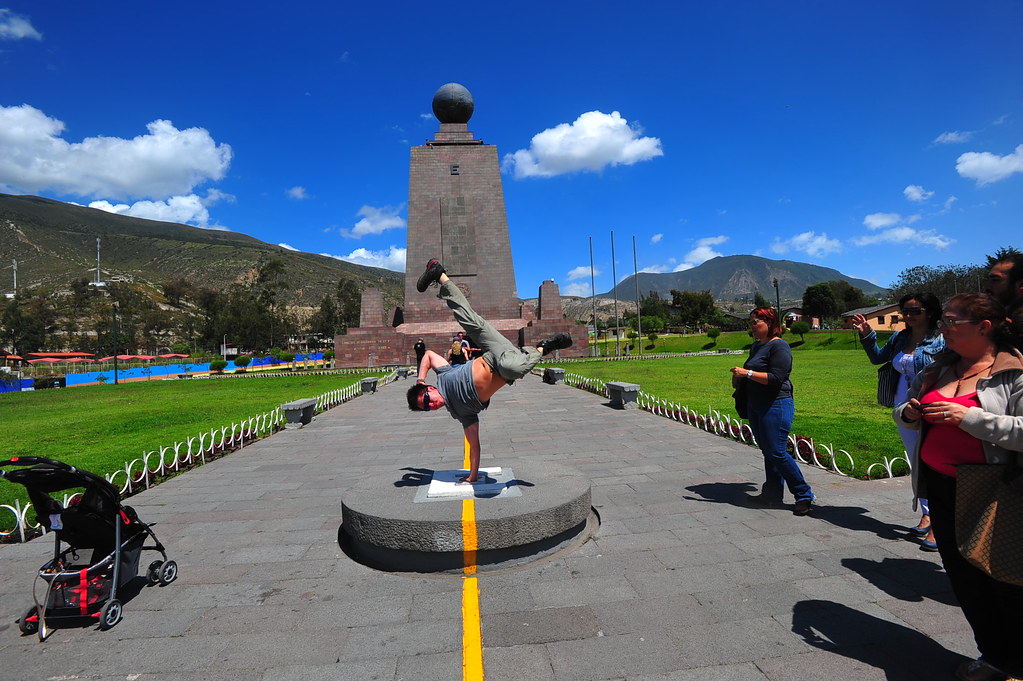 The Northern and Southern hemispheres both just got served

Before getting there, however, I woke up at 7am this morning to see El Panecillo before the clouds set in. This is the site of where the extraordinary “The Virgin of Panecillo” stands, and it was a quick 10 minute, $3 USD cab ride from Parque Alameda: 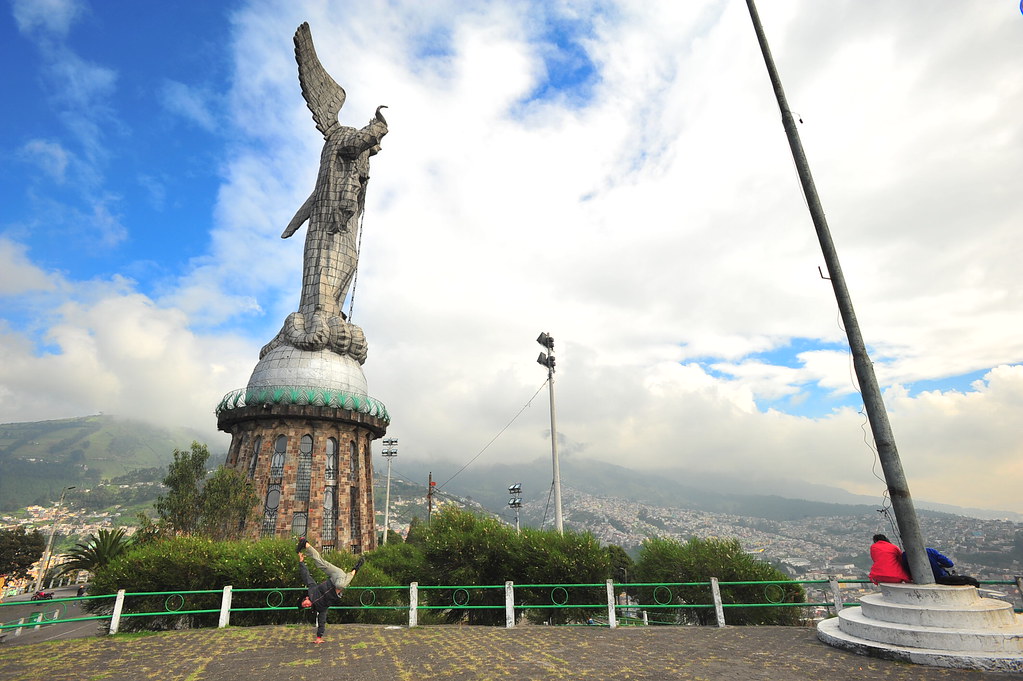 The Virgin of El Panecillo just got served

Everyone recommends that you do NOT attempt to climb El Panecillo hill by foot as the neighborhoods you’ll be walking through can be dodgy (a tourist from my hostel was recently mugged of her purse and passport and stabbed in the leg for resisting). There are also areas on the path where there are little to no sidewalks to walk along, raising the chances of your getting run over by a bus or being choked by diesel fumes from so many vehicles going by. Therefore, the universal advice is: Hail a taxi.

Once you’re there, enjoy the views: 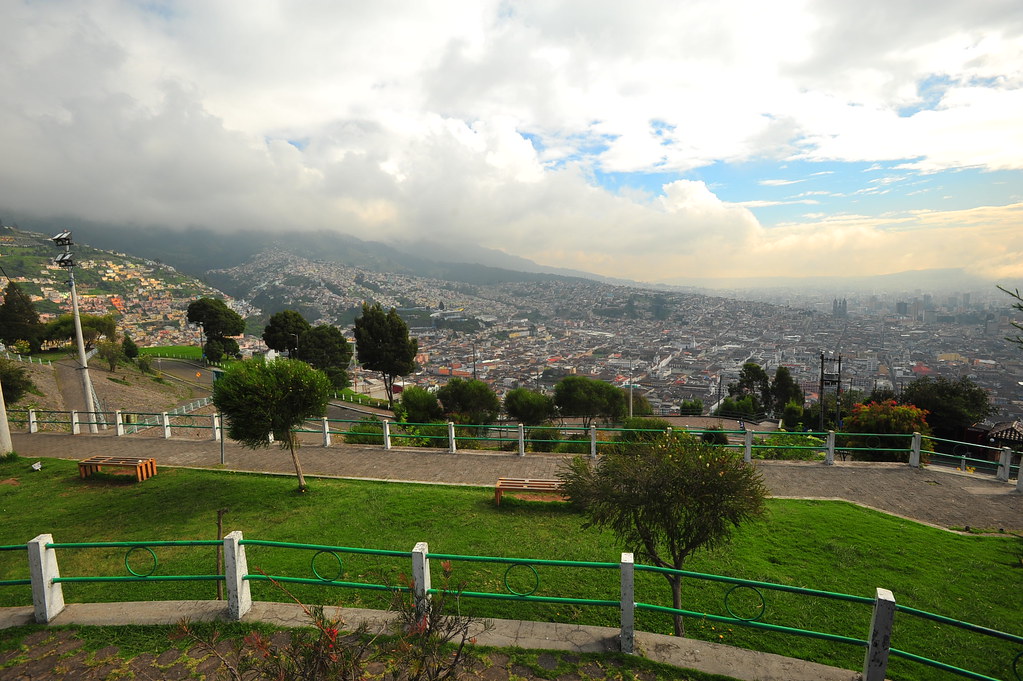 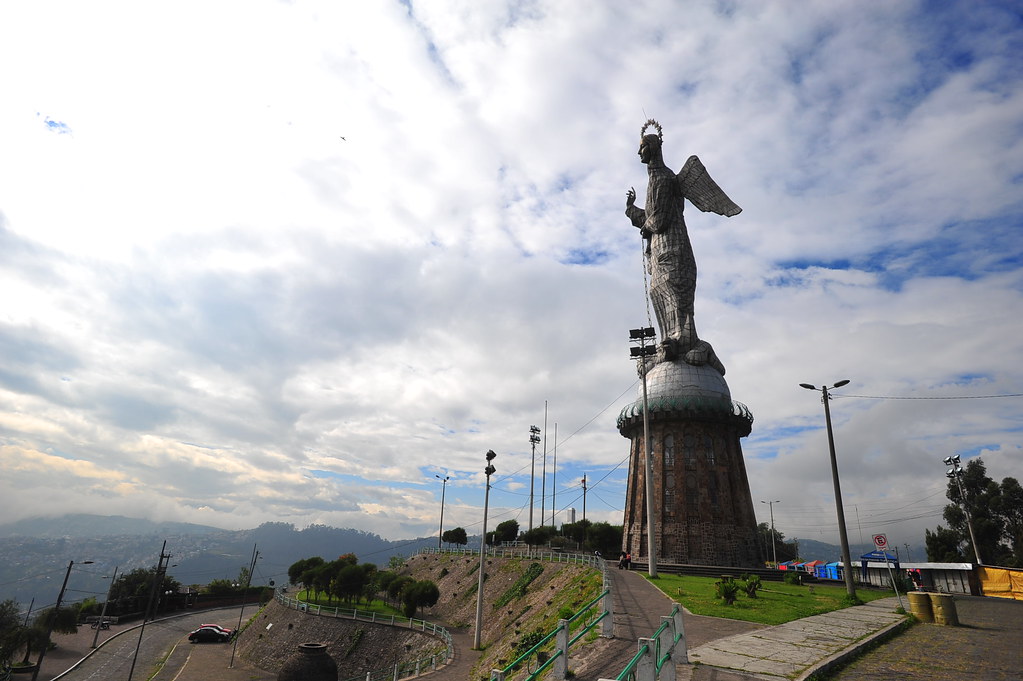 As for the tourist security in the area… 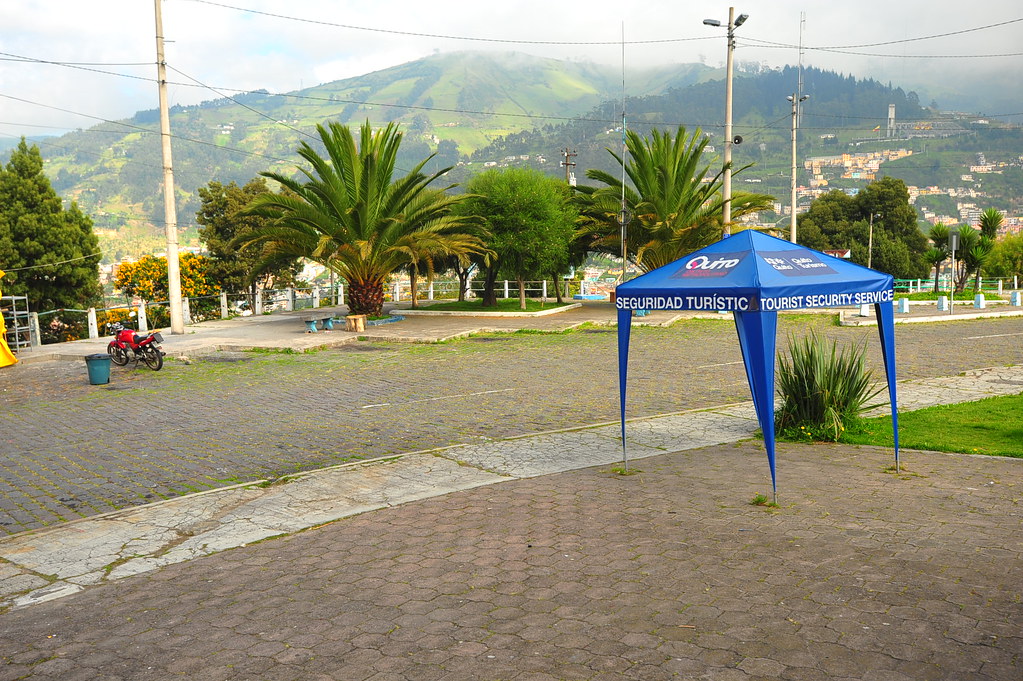 For about $1 USD you can enter and climb up to the mid-length of the statue, which opens at 9am: 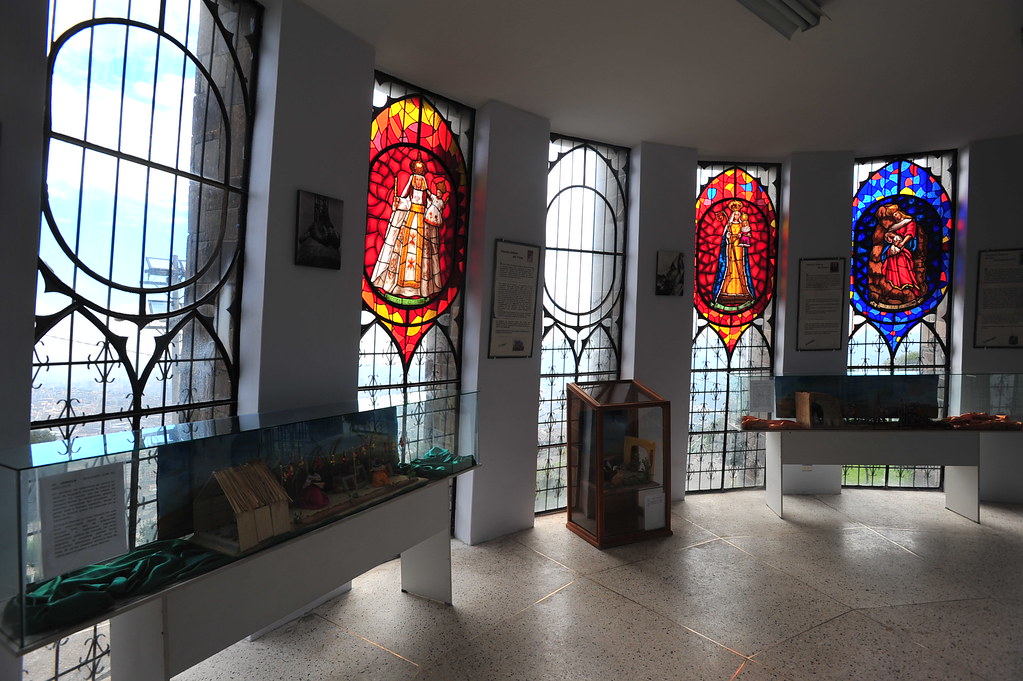 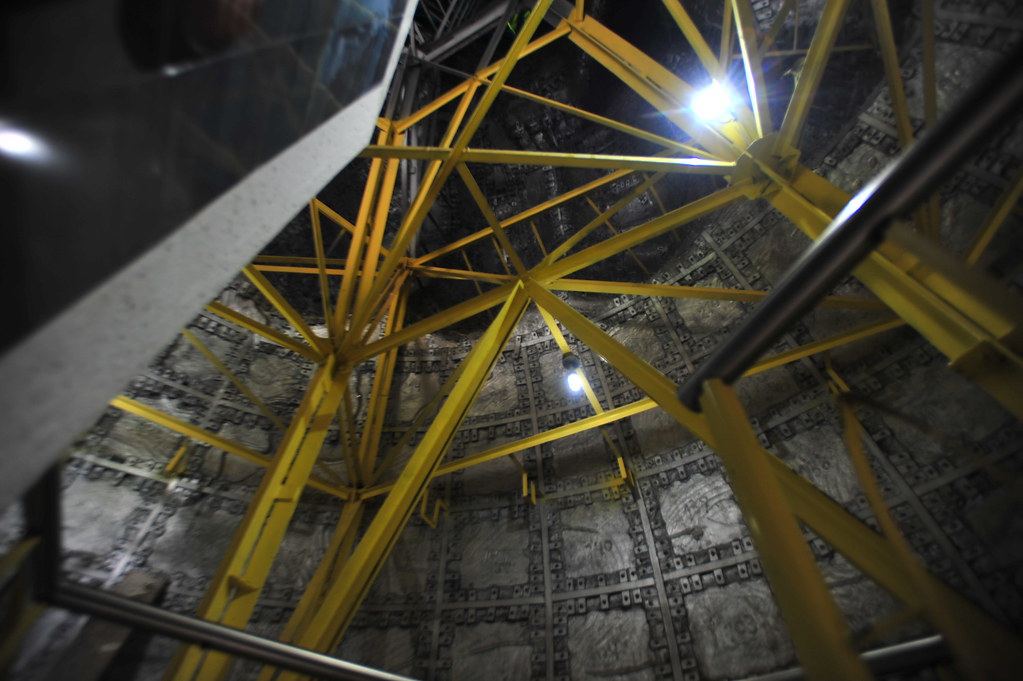 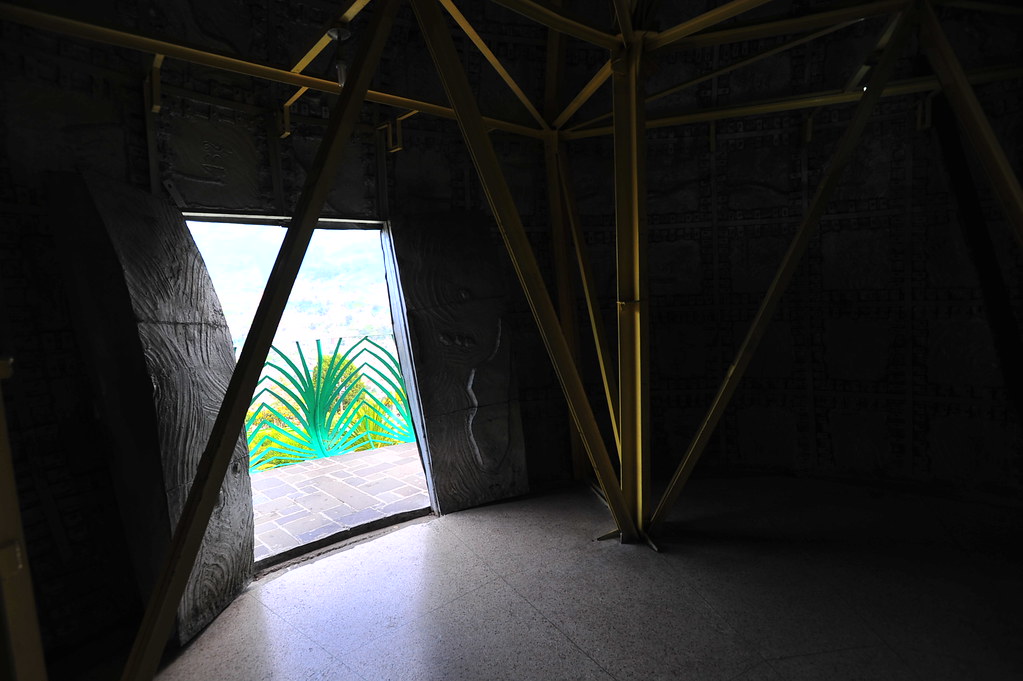 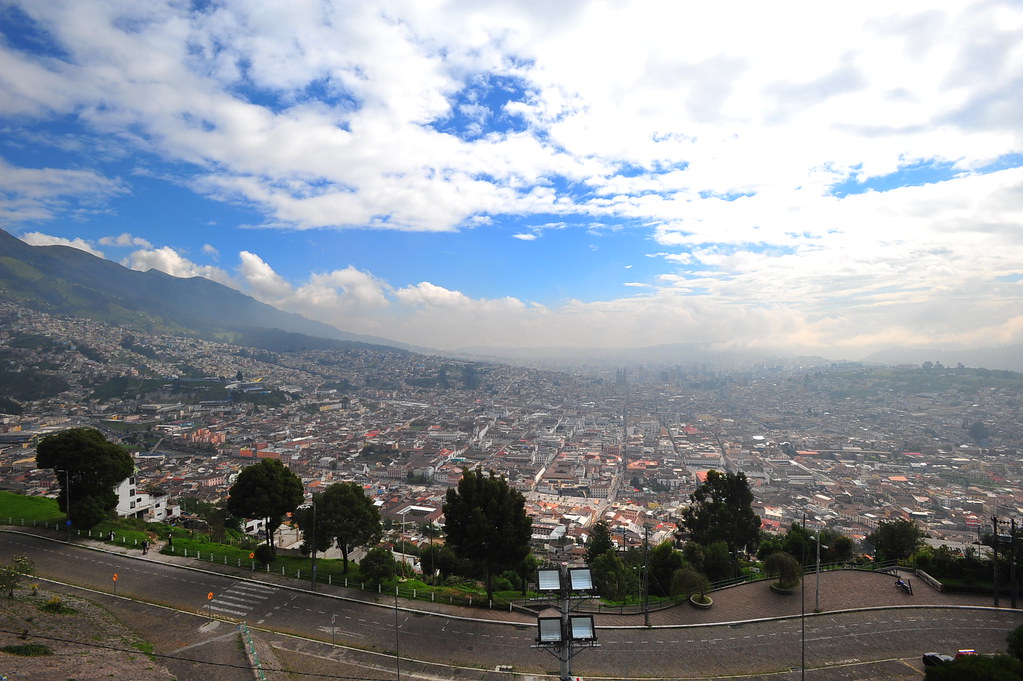 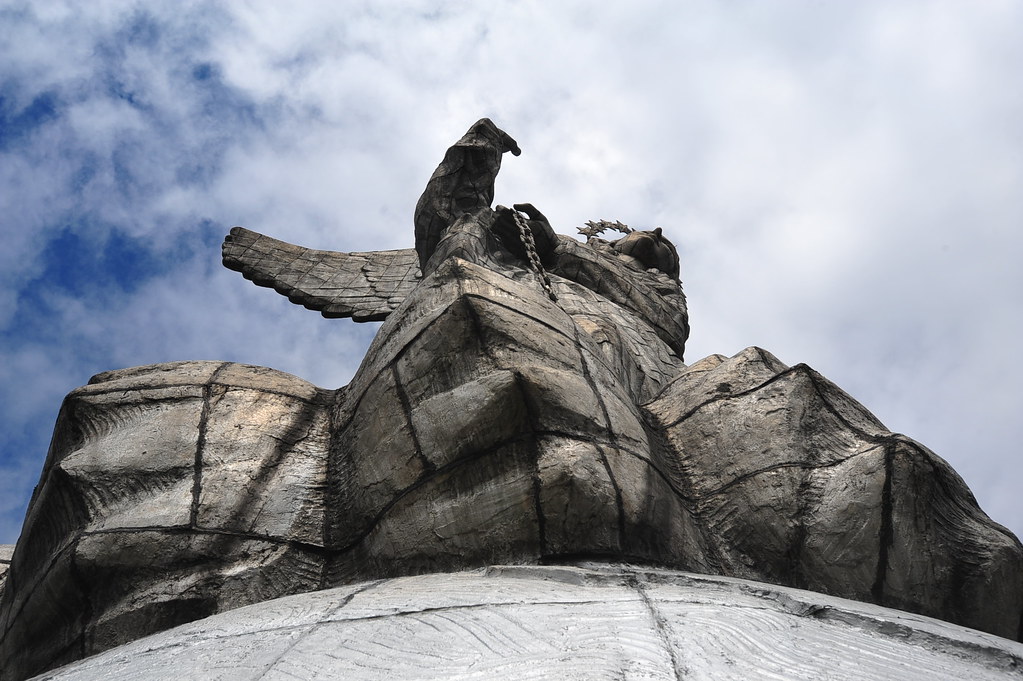 Looking up at the statue

Afterwards, we waited about 10 minutes for a cab to arrive at the top of the hill. There we bargained the driver to about $30 USD for him to take us to the “Mitad del Mundo” complex and back into Quito.

After about a 30-40 minute comfortable drive, we arrived at the complex: 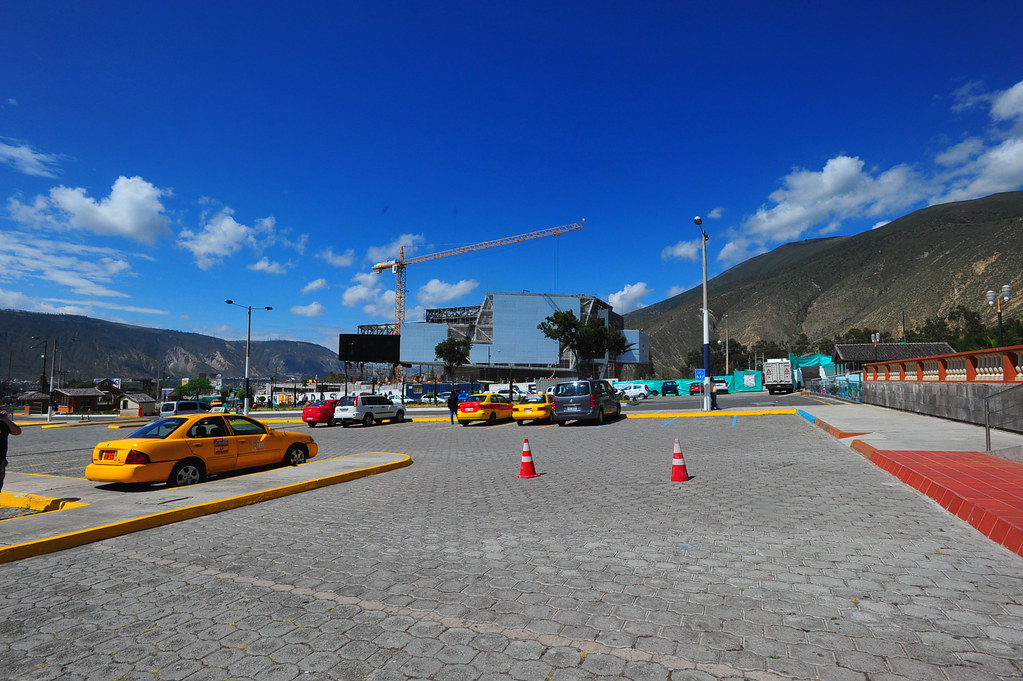 Pay $3 USD for the admission fee: 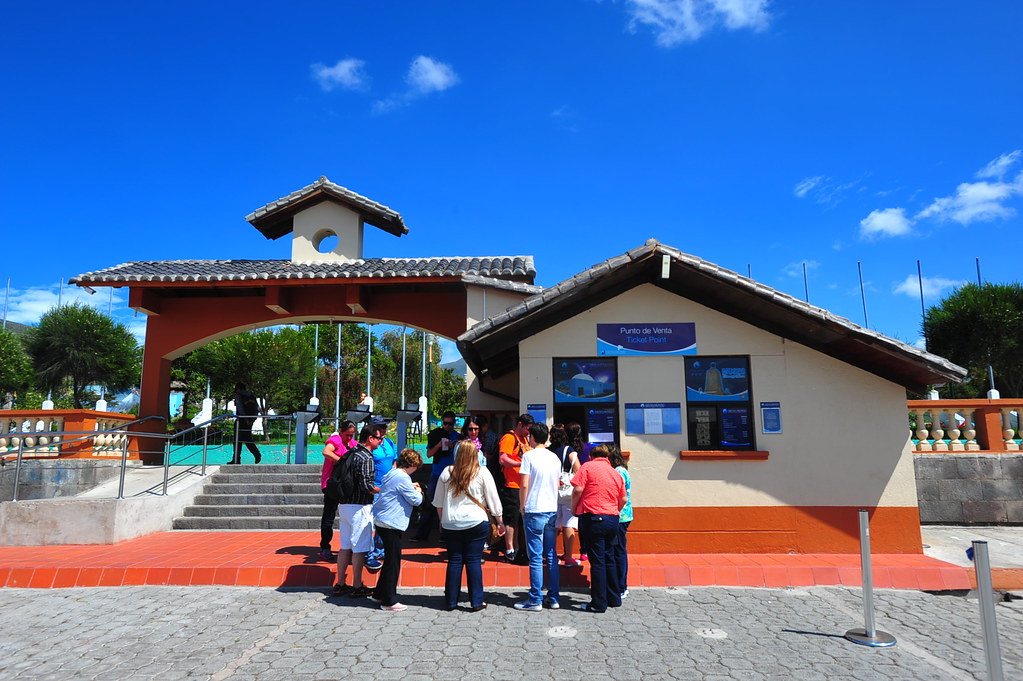 And past the gates, walk a bit north towards the equatorial line: 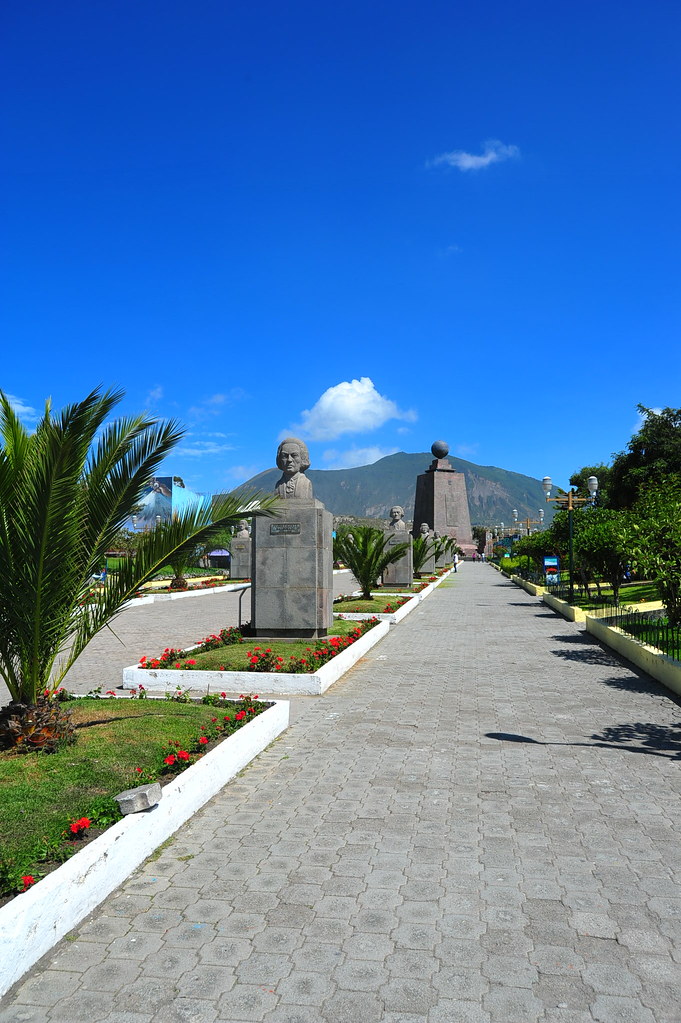 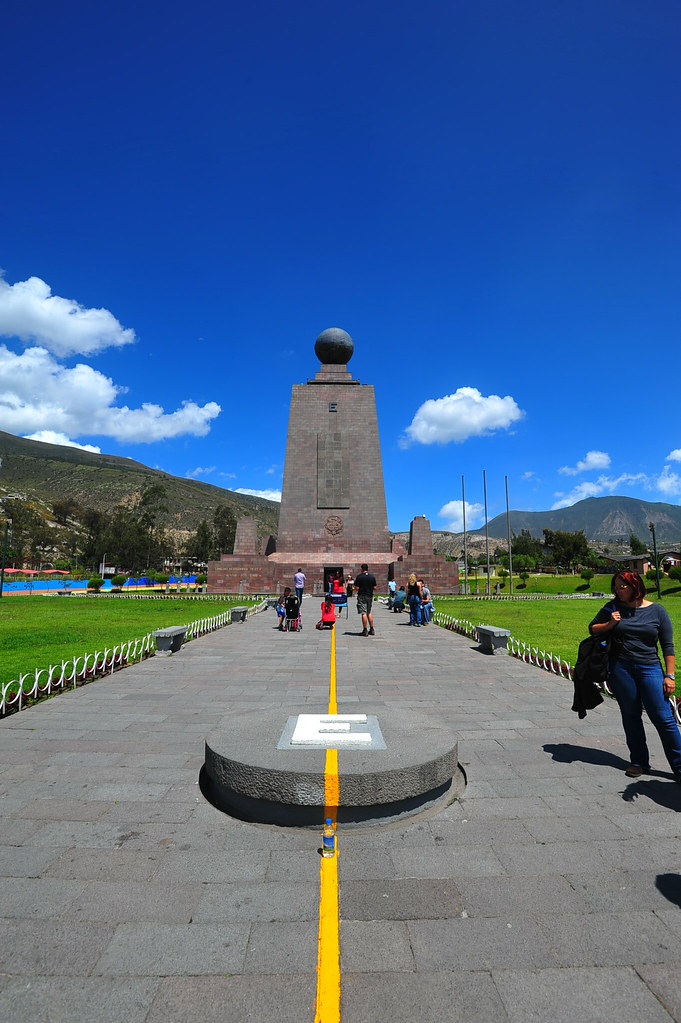 So one second you’re in the Southern Hemisphere: 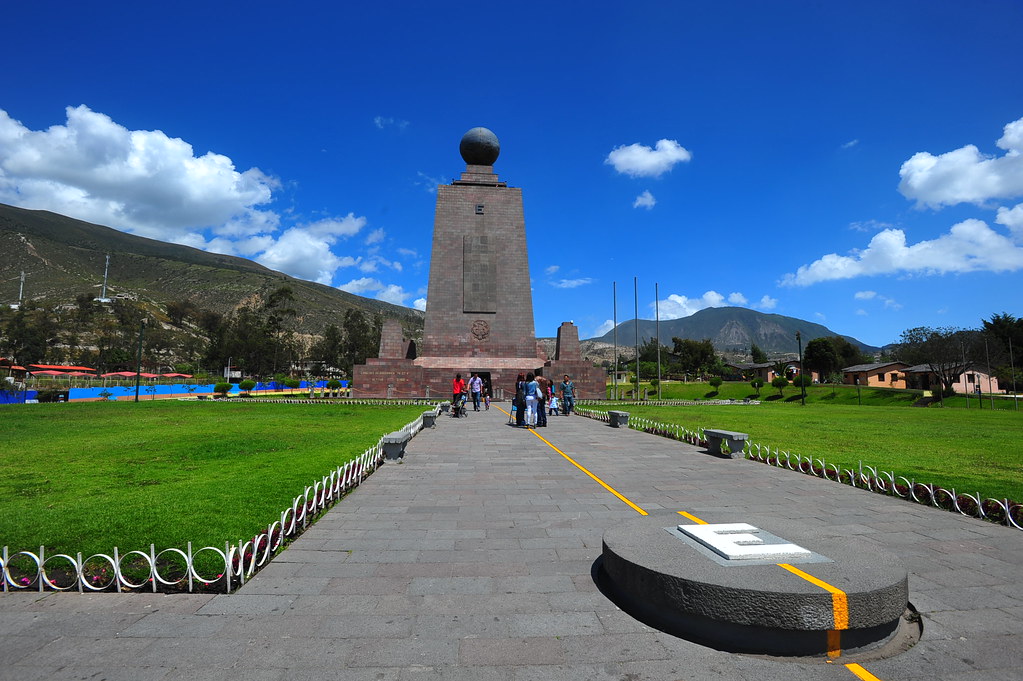 And the next second you’re in the Northern Hemisphere: 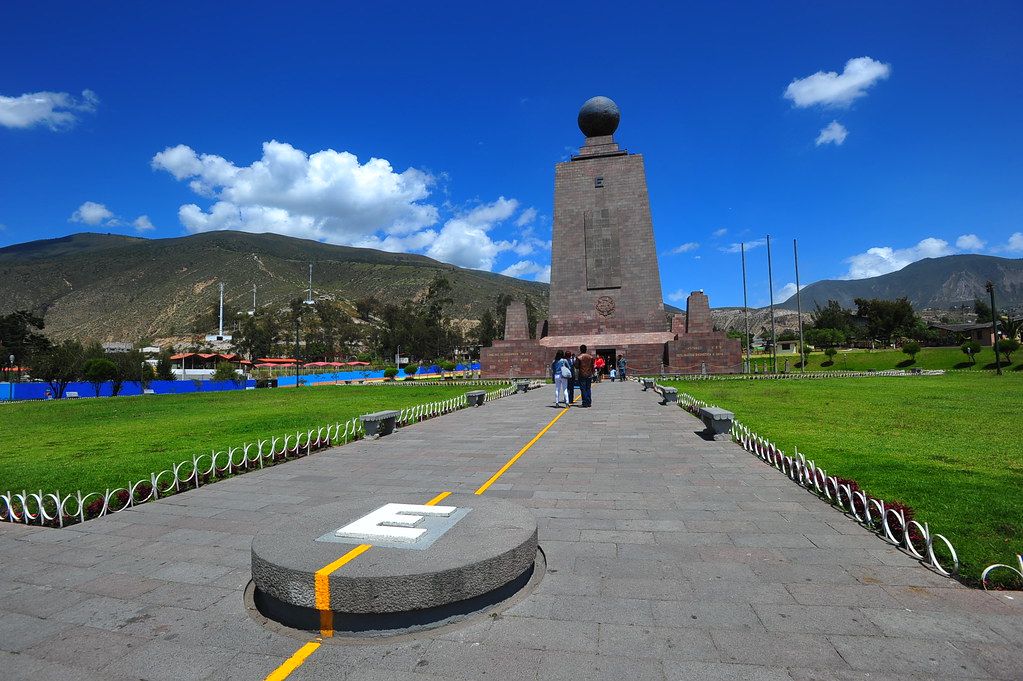 Or you can be in both at the same time: 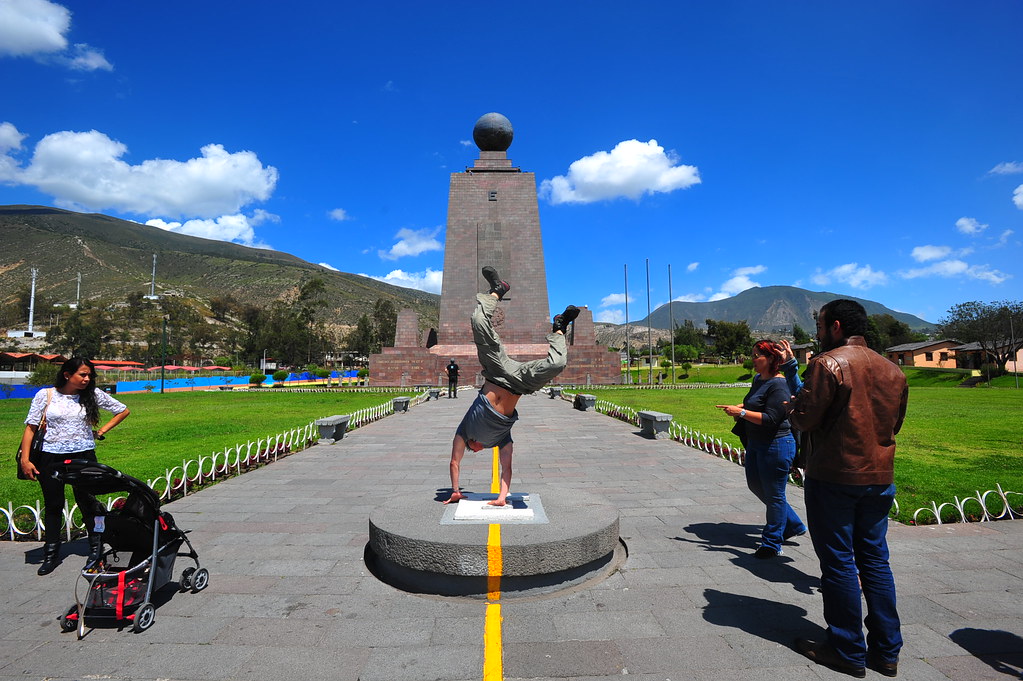