From Croatia To Italy (Dubrovnik to Bari)

The goal was to get from Dubrovnik, Croatia to Bari, Italy via an overnight ship. I found that every Monday, Wednesday and Friday, a Jadrolinija ship departs from Dubrovik to Bari at 10pm. So I got the cheapest deck tickets (by deck, I mean literally on the deck) ahead of time online via Jadrolinija’s website, which was a pretty straightforward and easy process.

Then in Dubrovnik at around 7pm, I stopped by the Jadrolinija office as it opened up for business. There I exchanged printed vouchers that I had bought online for the real tickets.

I then proceeded to the docking gate where I waited for passport control to open up at 8:30pm and then my passports stamped out of Croatia: 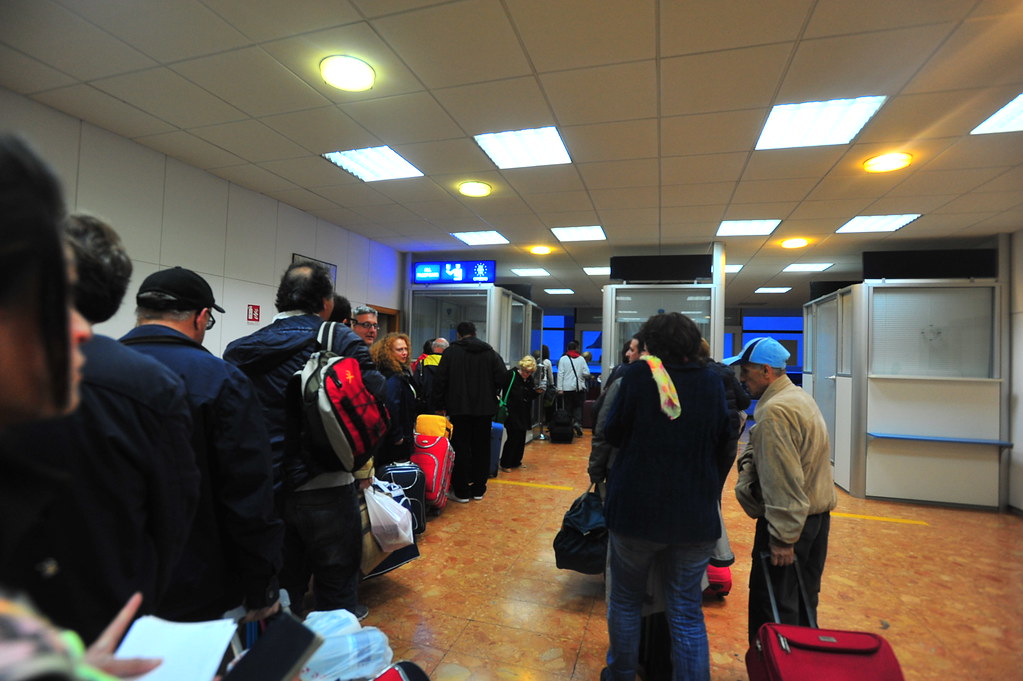 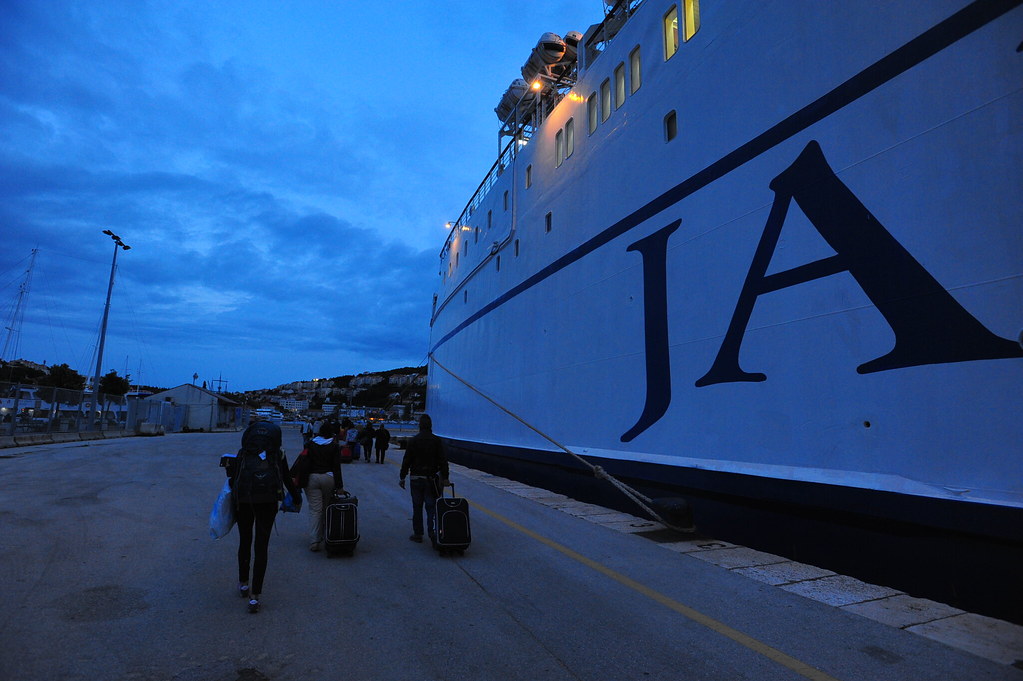 I then quickly boarded before the ship departed at 10pm: 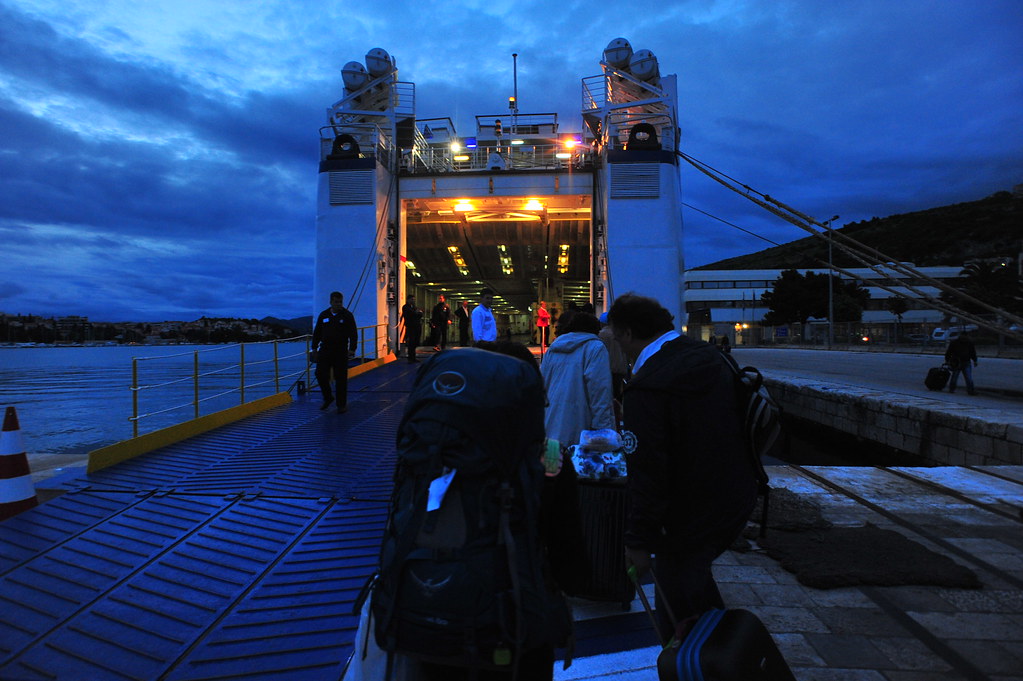 As I mentioned before, since I bought the cheapest “Deck” class ticket I didn’t get a cabin to sleep in but we were free to sleep anywhere else (the floor, couches, etc.). So off I went searching: 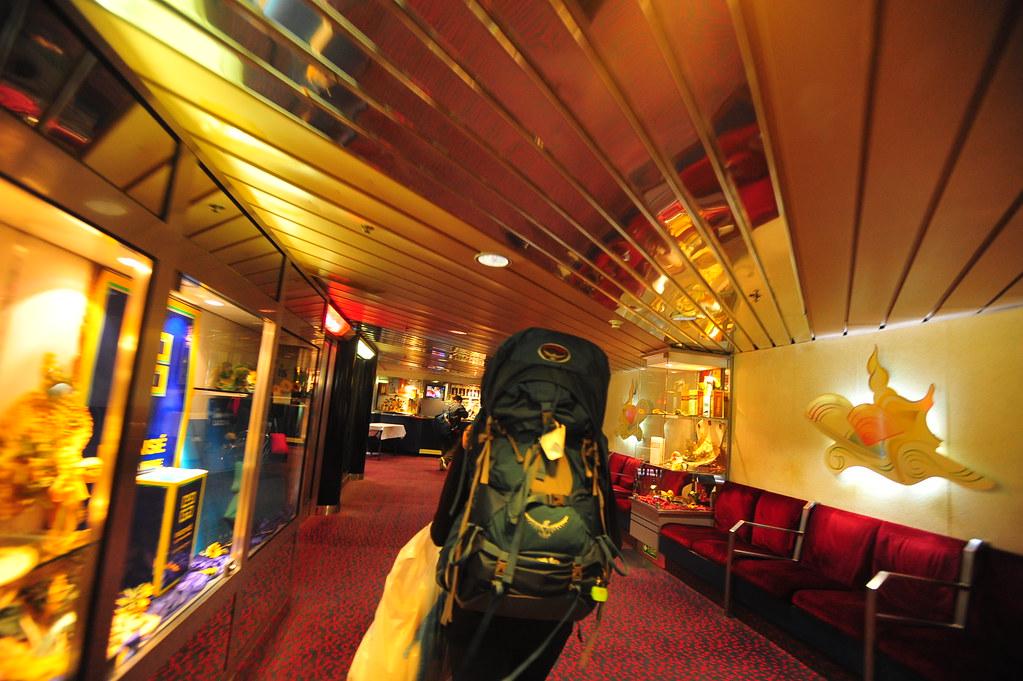 …after awhile, I concluded the best place to settle in the entire ship was in the bar and the hard “couches” there. 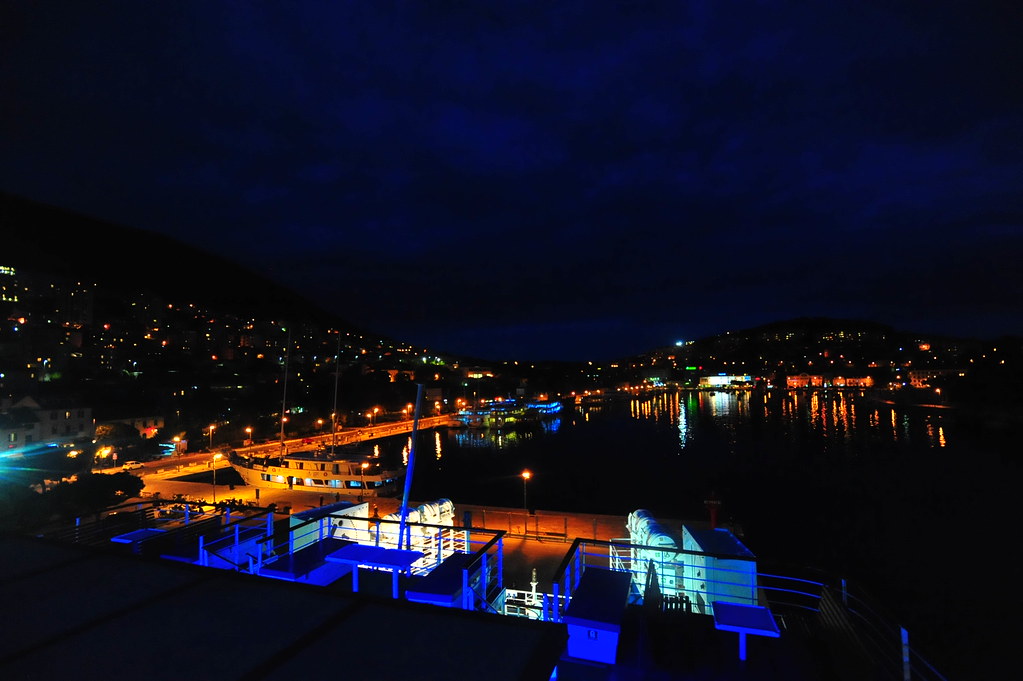 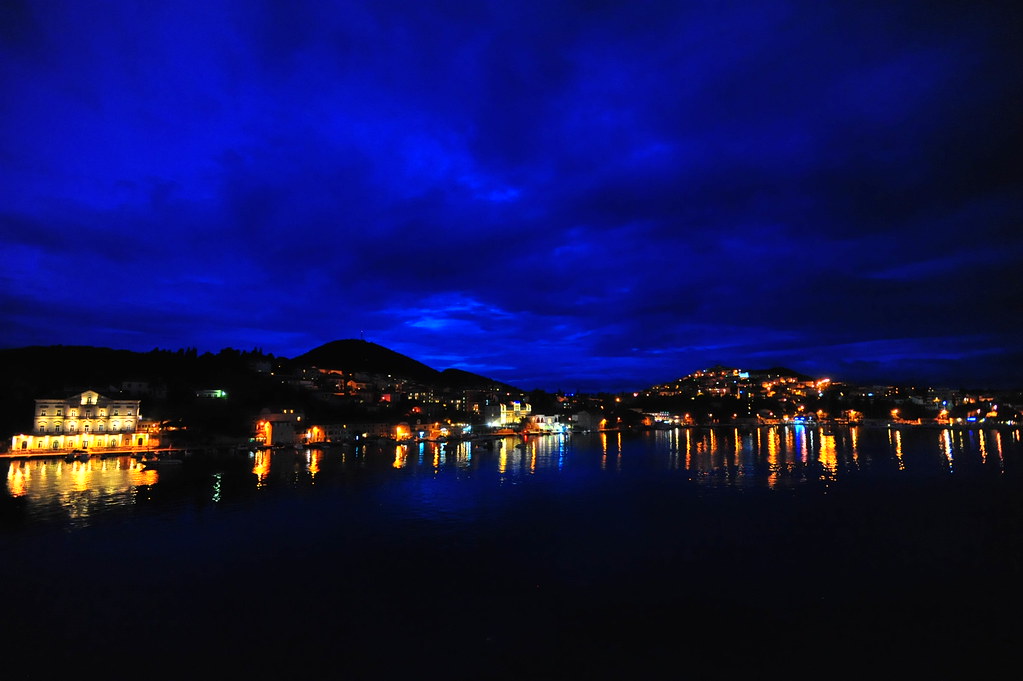 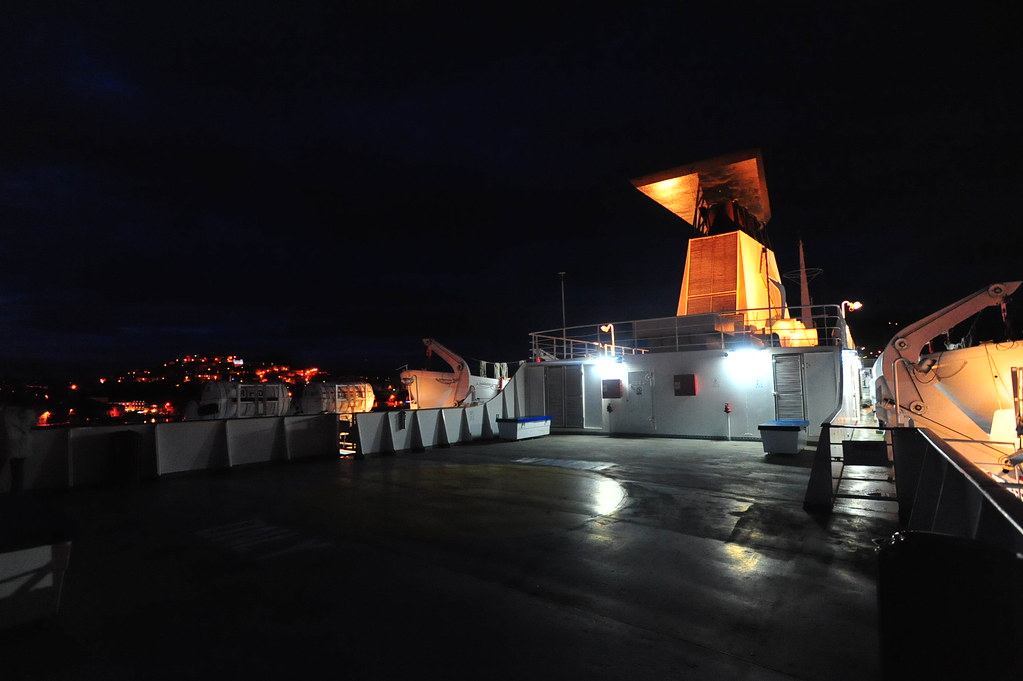 The ship ride was pretty uneventful as I was able to knock out without the need for any Benadryl or Ambien. The next morning I docked in Bari at around 8am: 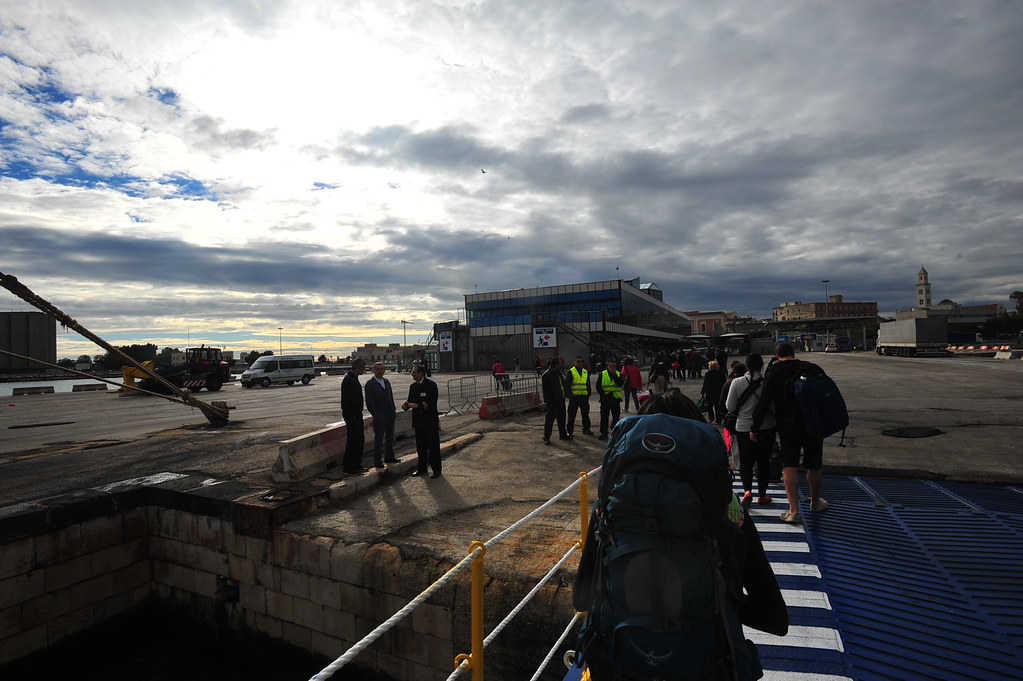 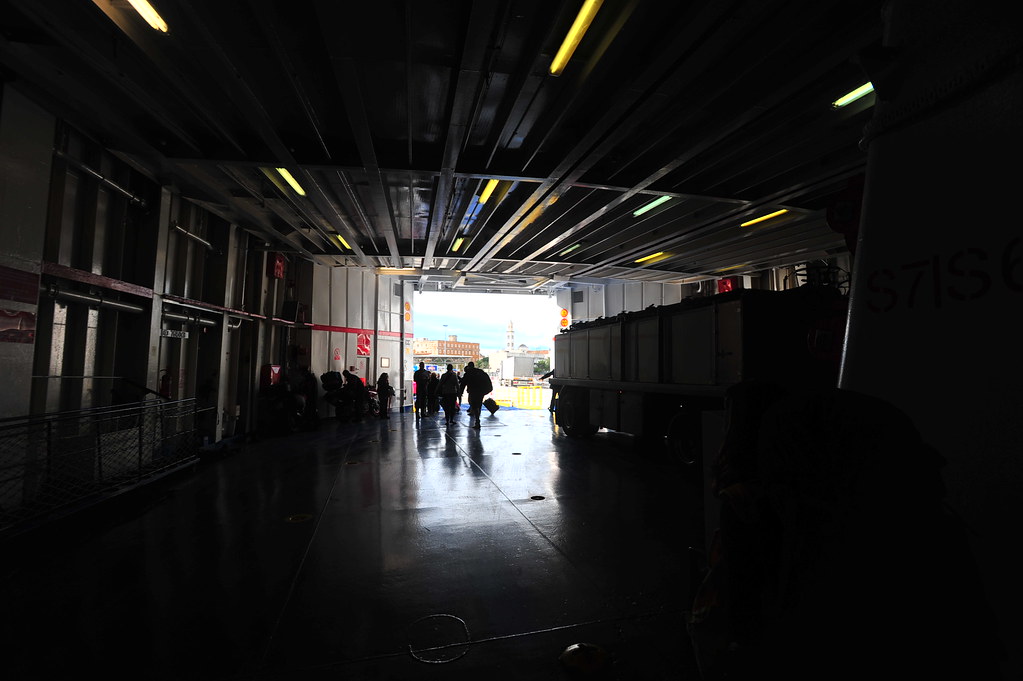 When then, got my passport stamped into Italy: 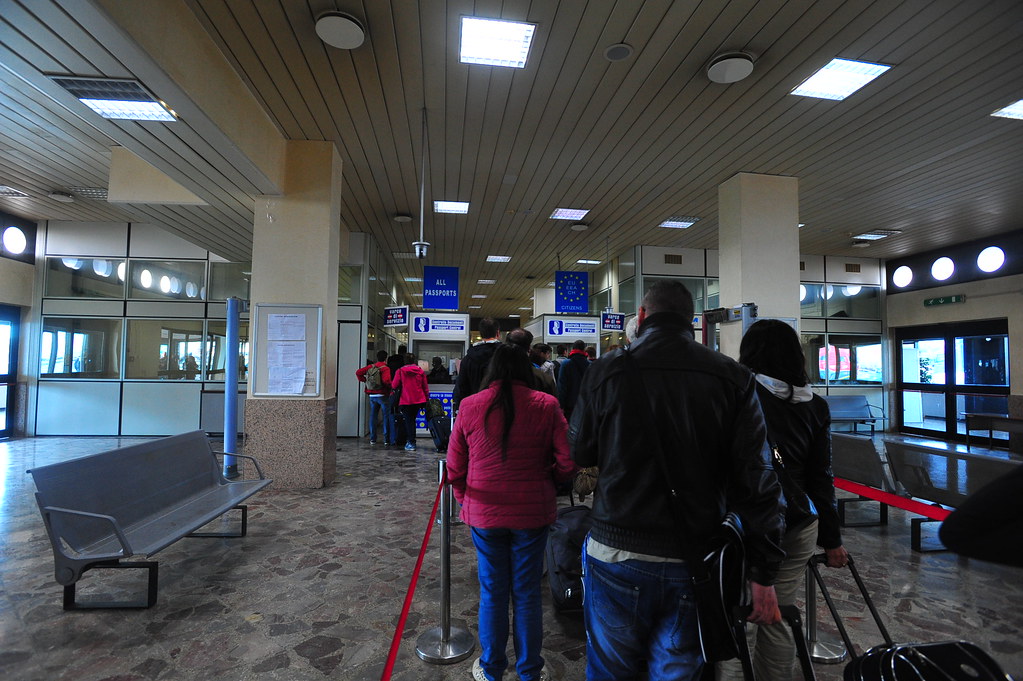 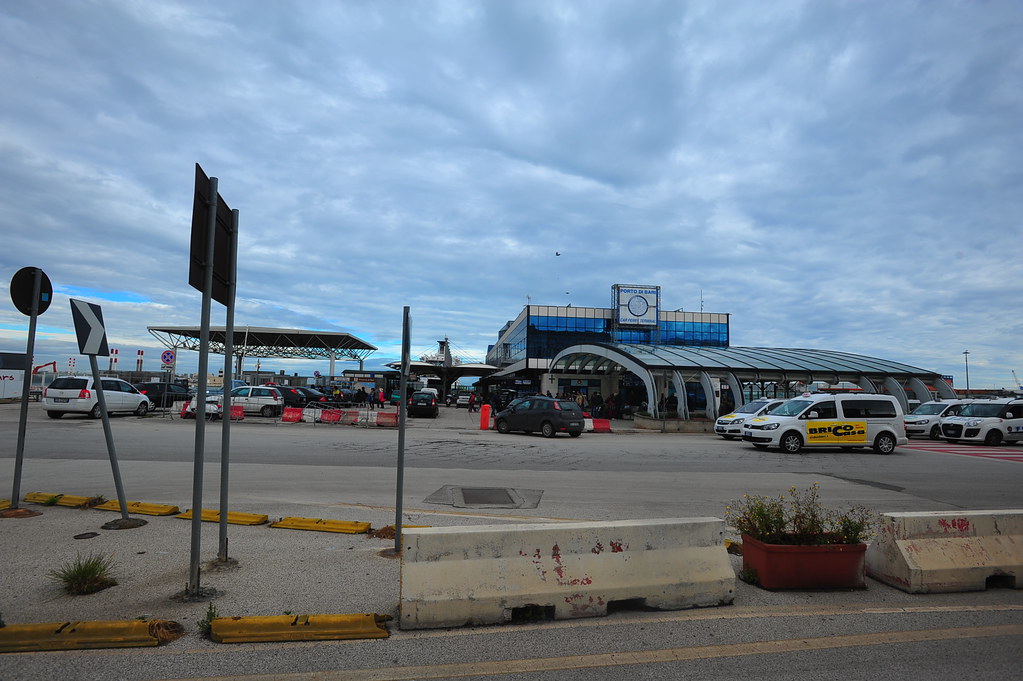 And I went around exploring Bari’s Old Town, which takes only an hour or two to do by foot: 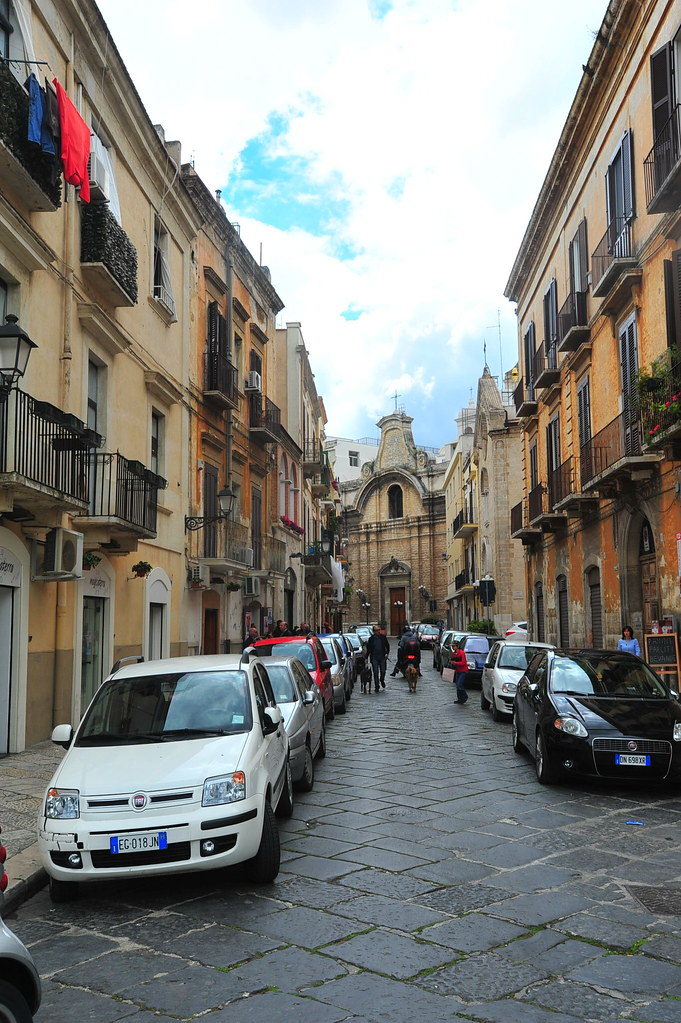 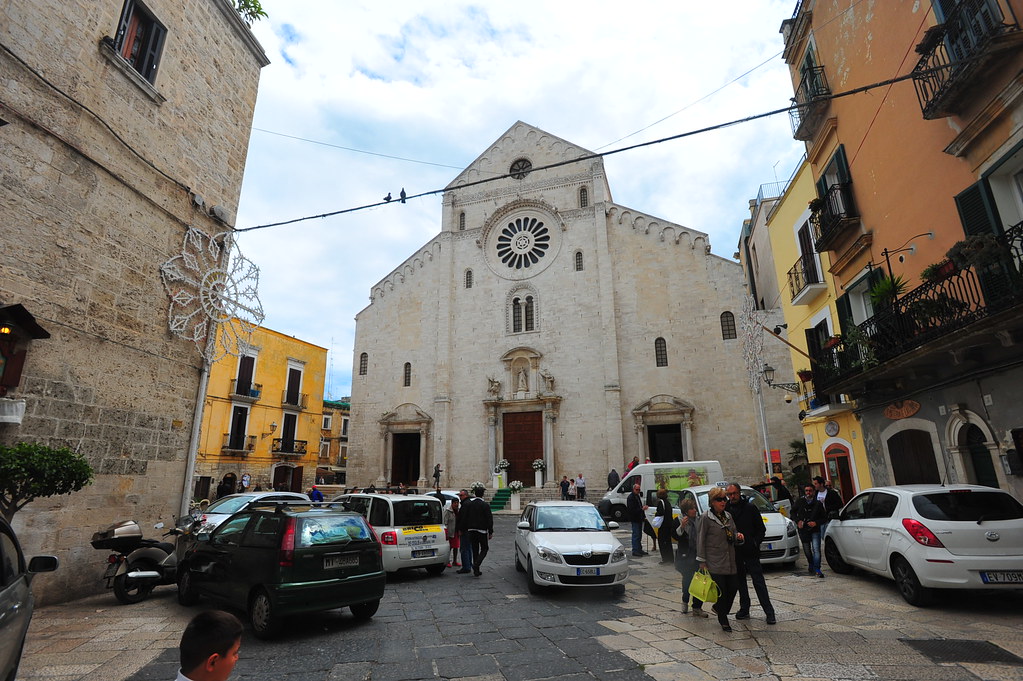 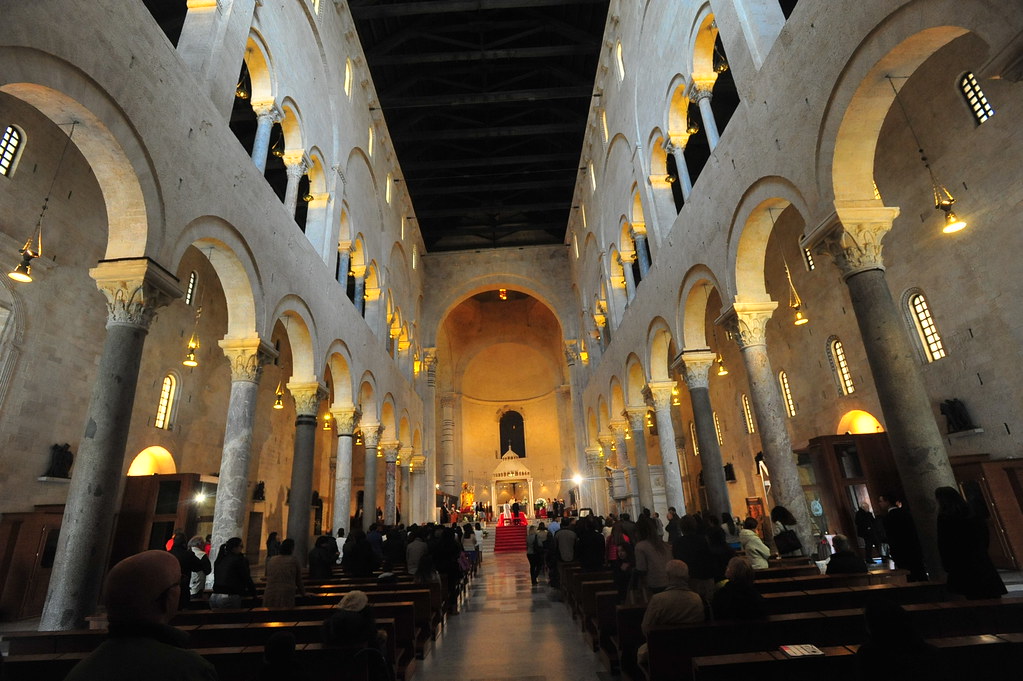 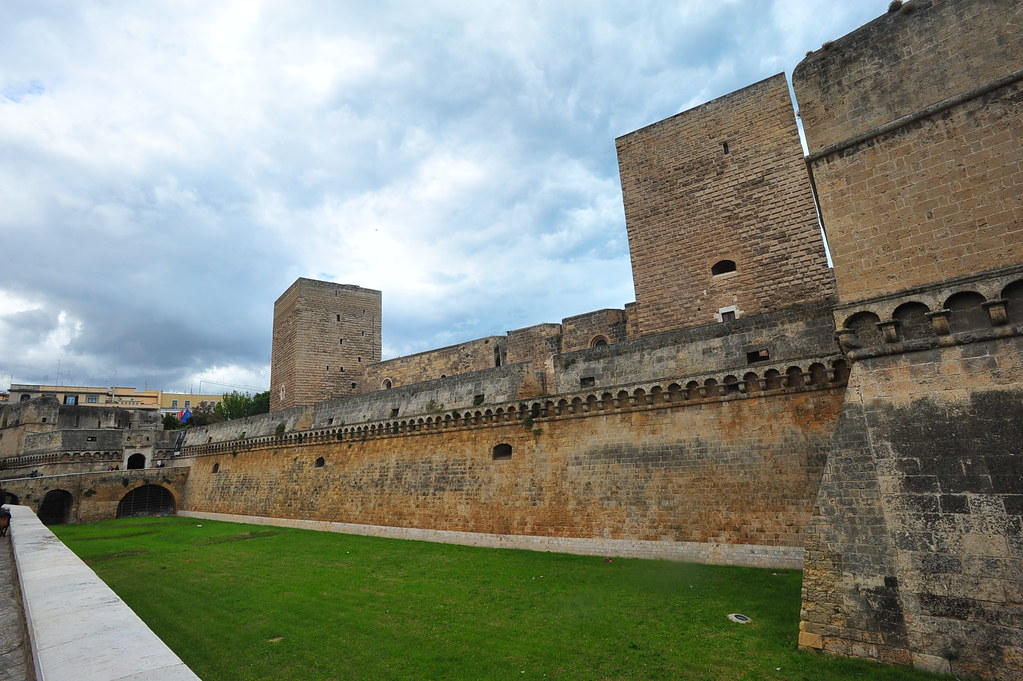 Afterwards I headed to the train station to catch the Trenitalia train to Caserta: 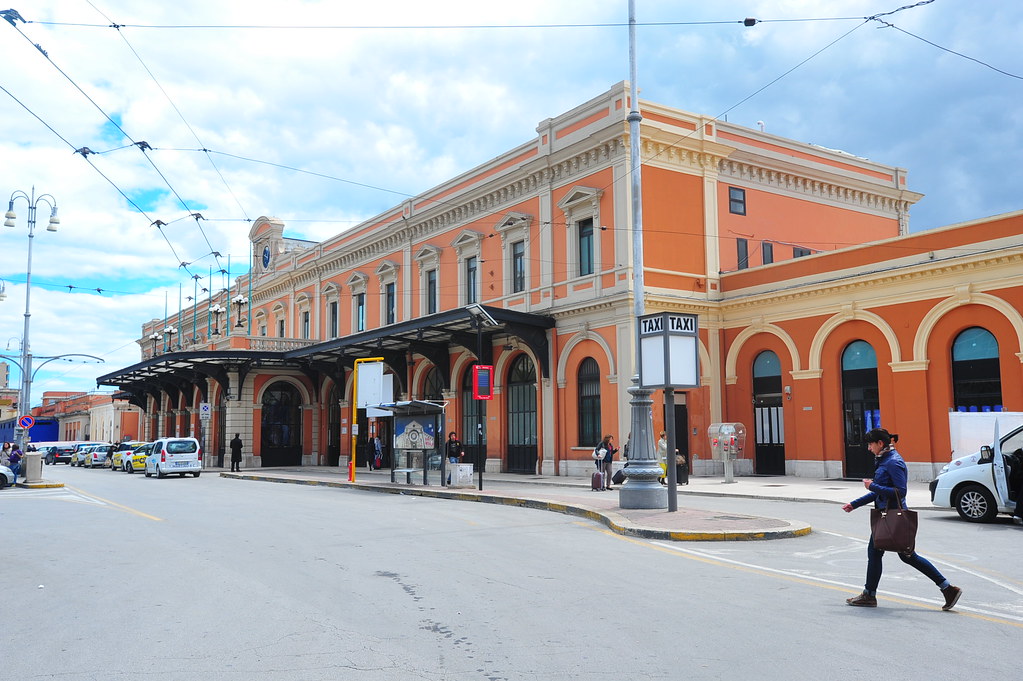