No Typhoon Can Stop The Monsoon: Bali

by Calvin Sun | Dec 8, 2014 | Blitzkrieg!!!, Epiphanies on the Road, Fail, Fit for Foodies, How Did You Do That?, Indonesia, Introspection, Lessons Learned, Mo' Money Mo' Problems, The Philippines, Winter 2014: Extreme SE Asia | 0 comments 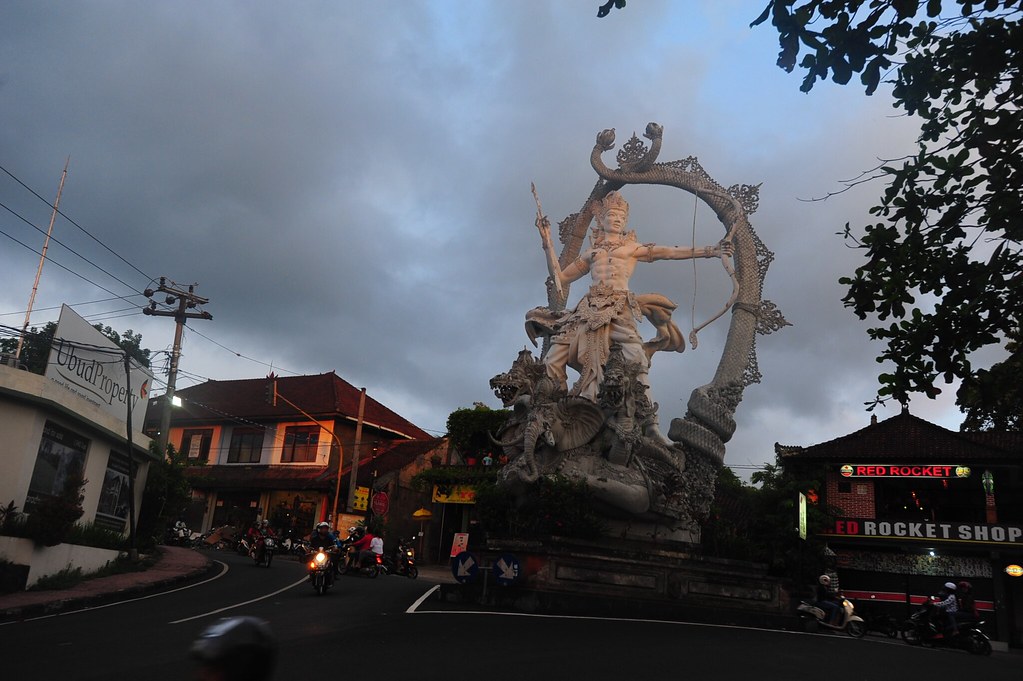 In the last post I described the massive risk we were taking rebooking a flight from the Philippines to Bali after a later flight of ours was cancelled because of the typhoon.

Well, we made it. Not even a typhoon can stop the monsoon! 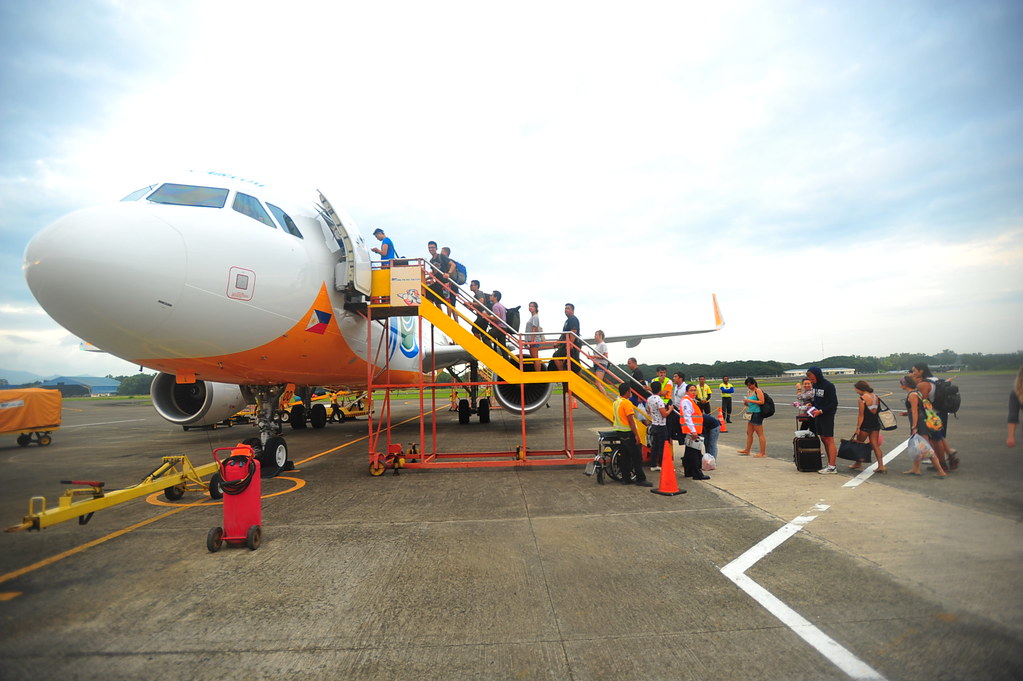 After landing in Manila safe and sound, despite the typhoon being 200 nautical miles away (that’s pretty close for a typhoon), we gathered for one final group picture and hugs goodbye. 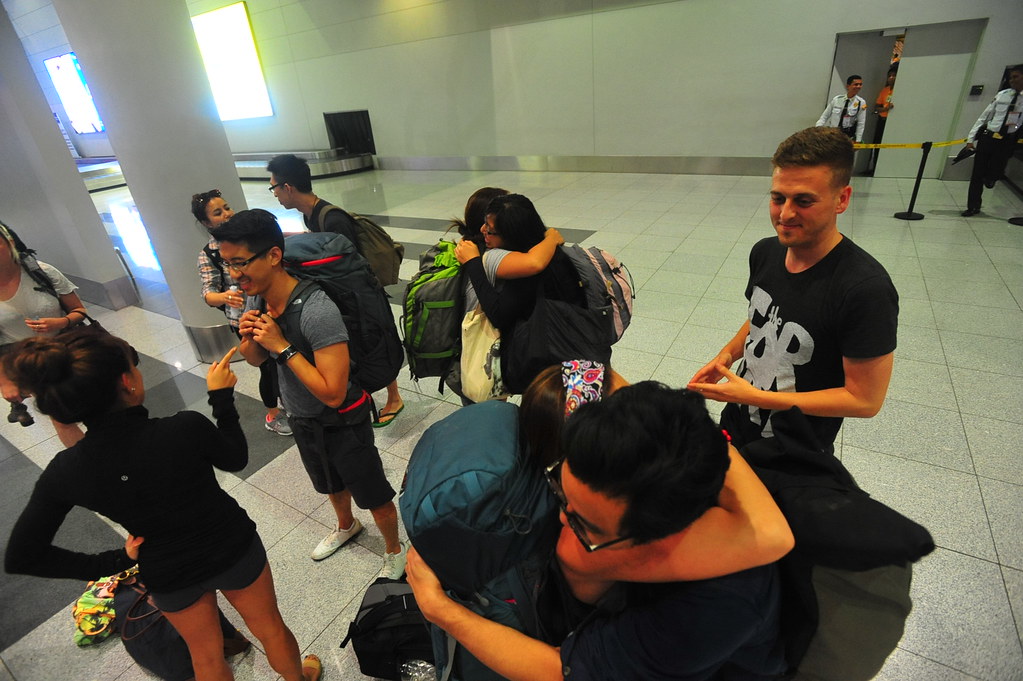 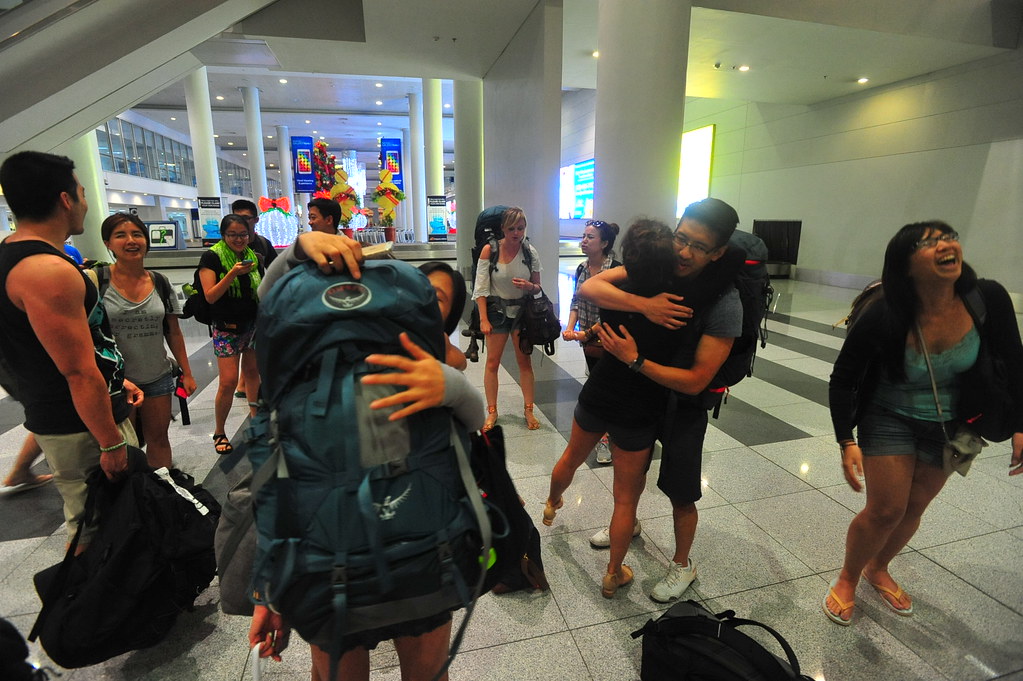 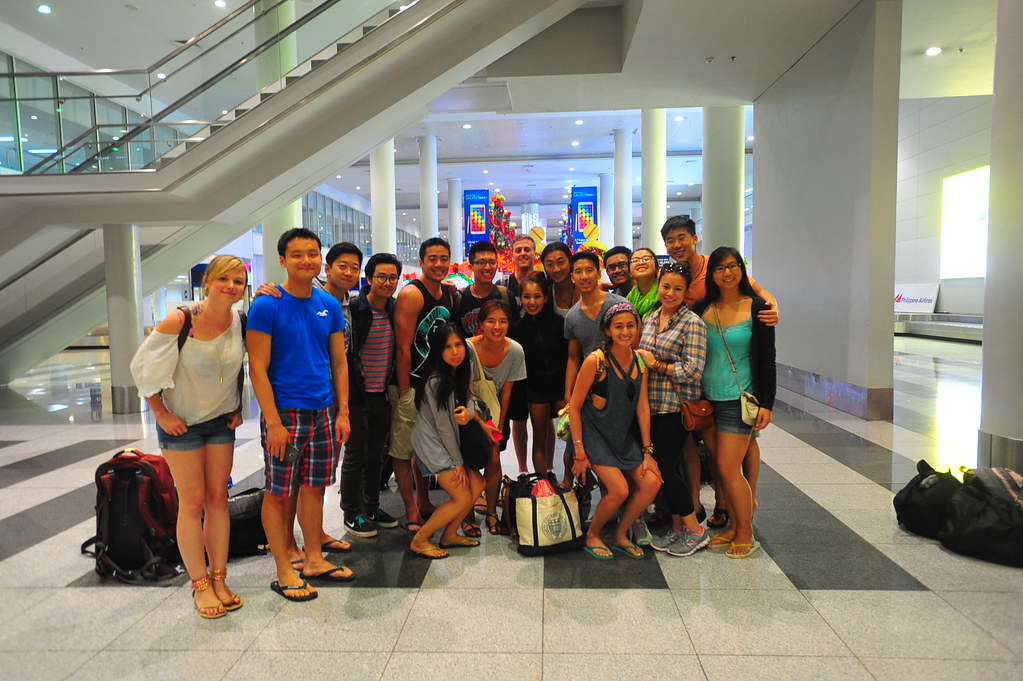 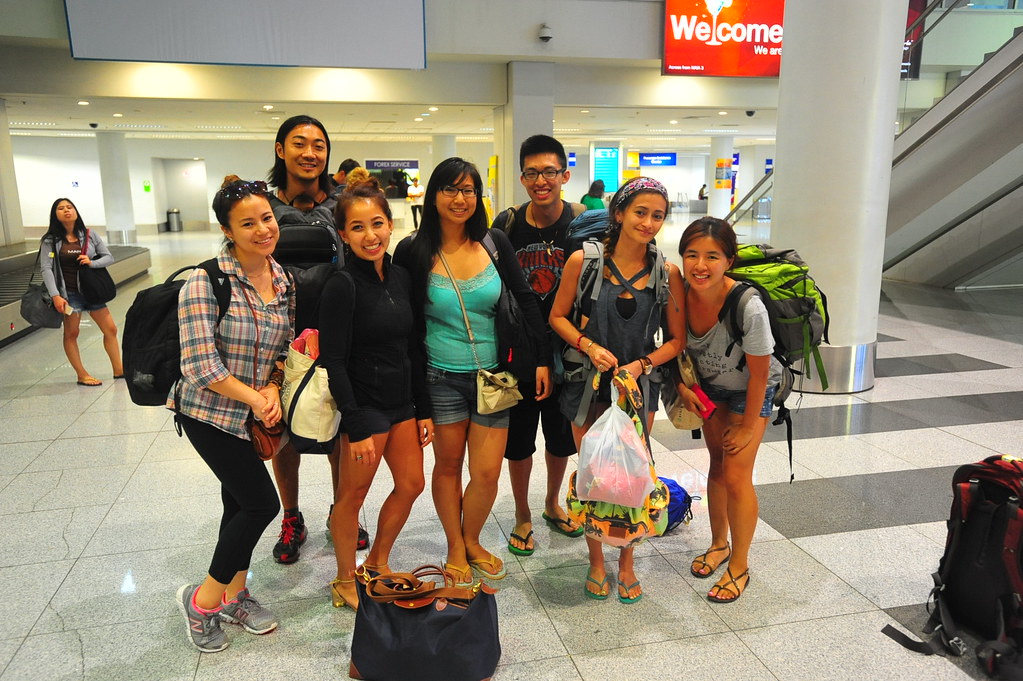 The group leaving us. We'll miss you!

And with that we headed for our flight to Bali to meet up with the crew before a week in East Timor. 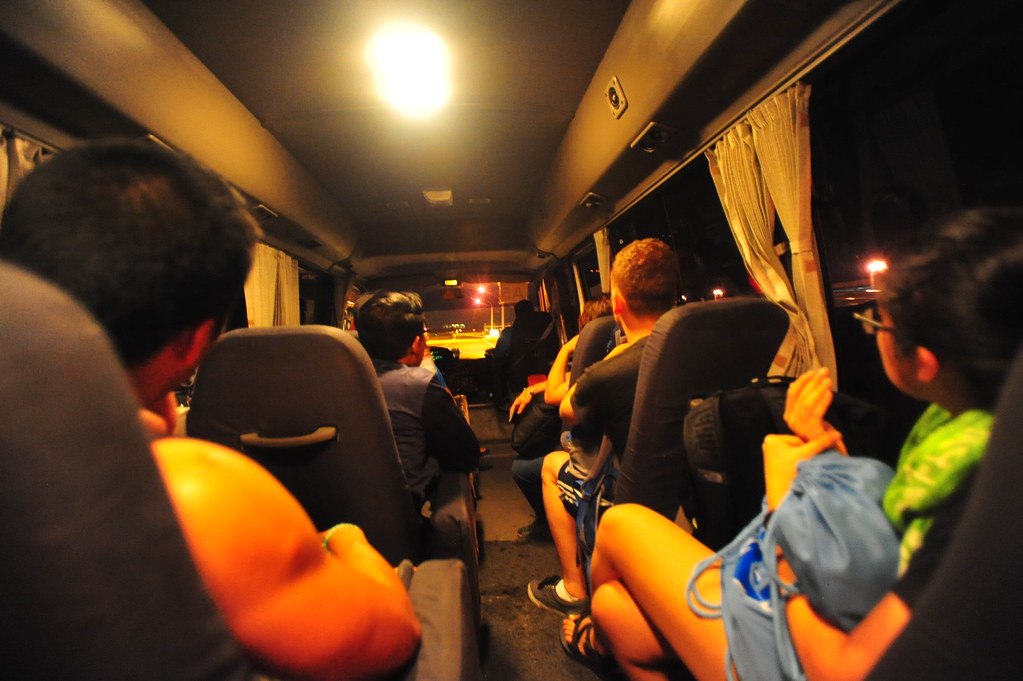 After a 3 hour flight from The Philippines to Indonesia, I let out a long sigh of relief: We did it. Despite the typhoon cancelling a majority of flights today and tomorrow, we still made it to Bali. 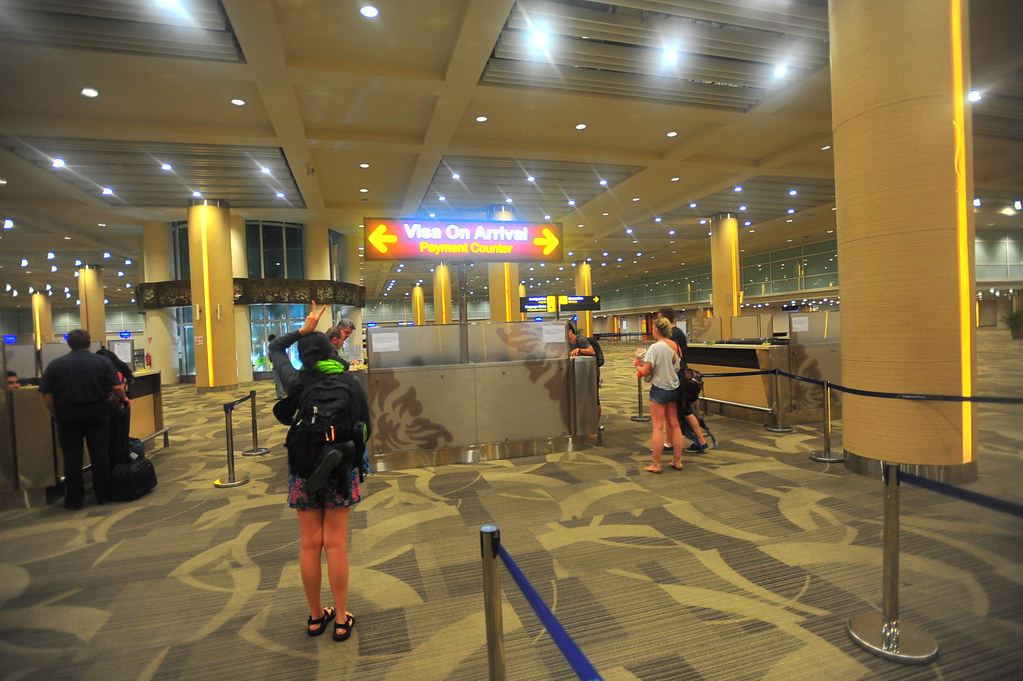 Some things have changed in the last 4 years since I’ve been here. The Visa on Arrival for tourists increased from $25 to $35 USD and the airport got a significant upgrade. Everything has become more flashy and I was surprised to not recognize anything from the last time I was here.

Outside the airport, we haggled 2 vans to take us to the hostel for $35 USD total (from a starting price of $120 USD!) and lo and behold when we arrived at 3am, there were 12 comfortable bunk beds waiting for us in an air-conditioned room by an indoor pool (a hostel with a pool?!). Perhaps our luck didn’t really run out just yet.

But as I looked into my backpack I realized I had lost my small bag of chargers, adapters, wires, and GoPro accessories. Although I still had my phone, cameras, and PC/tablet, I lost everything that could keep them alive. According to one of my monsooners, Anthony, he noticed a small bag being left behind in the overhead compartment as we were disembarking the flight from The Palawan to Manila. In other words, they had fallen out of my backpack during the flight. Then, a few hours later in Ubud, I dropped my Windows Surface, cracking the screen and rendering it unusable.  Aye, we can’t have all the luck in the world.

Perhaps fittingly, experiencing this at the end of a week in The Philippines, I want to take this opportunity to put some things into perspective: These first world problems we are wrestling with. For one, the things I’ve accidentally left behind or broken are entirely replaceable. Second, these typhoons do not affect us backpackers as badly as they have to the people of The Philippines who already did so much to make us comfortable despite the circumstances.

So we instead need to take these moments of supposed failure not to get upset but rather to remind ourselves the heaven and earth already being moved by the intrepid yet warm, hospitable people of The Philippines who ask for very little when they take us into their homes. And even — or especially — in the good moments we also should make the effort and time to be grateful to the local people who try so hard to make our experiences as memorable as they can be; they are the true survivors who brave these typhoons as part of their everyday lives — not us — and for them to make everything possible for our 1 unforgettable week here, means more to me than what any obstacle or difficulty we’ve encountered could ever measure up to. I learned this during the protests in Egypt and I’m still learning how to do that now. This is a place I want and will give back to one day, wishing I could do as much for them as they have for me.

And as this chapter ends, another one begins.

Our 28 hours in Ubud, Bali, Indonesia in a nutshell: 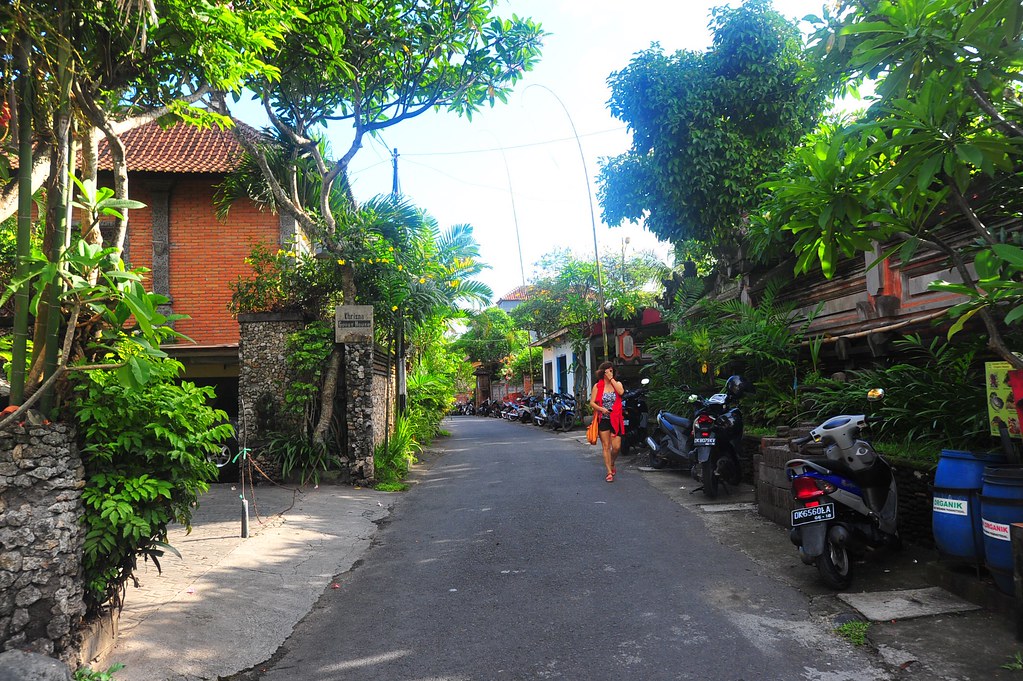 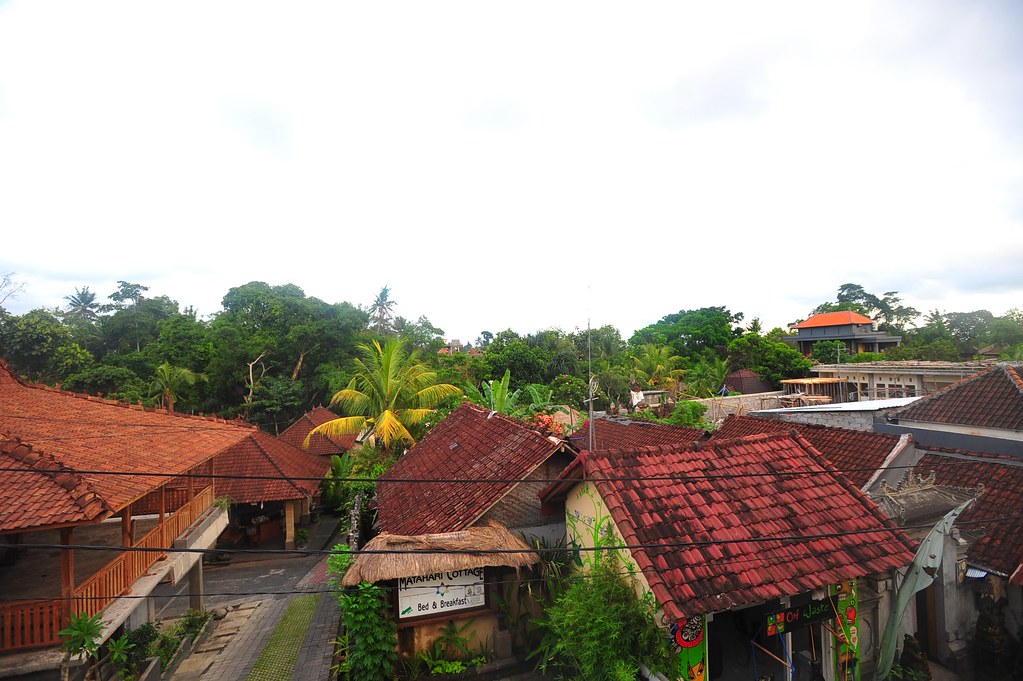 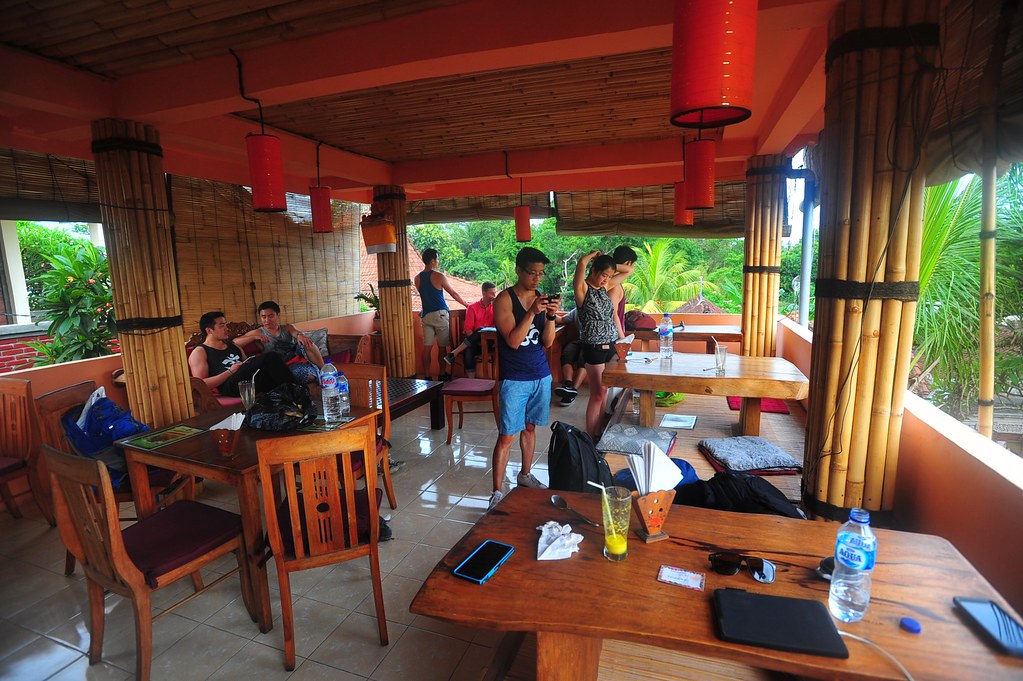 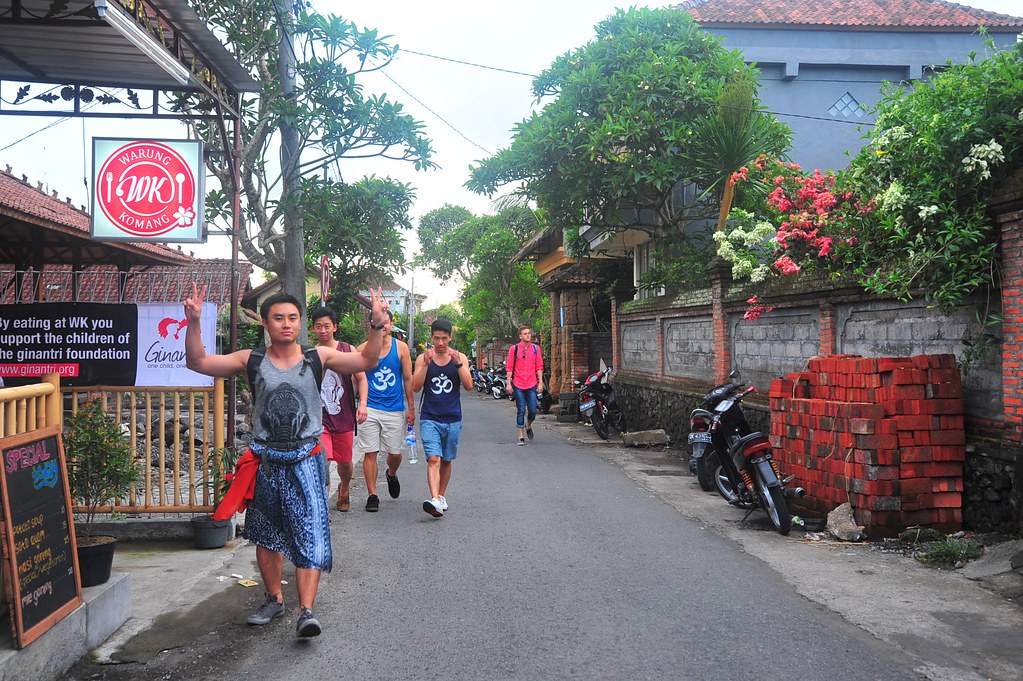 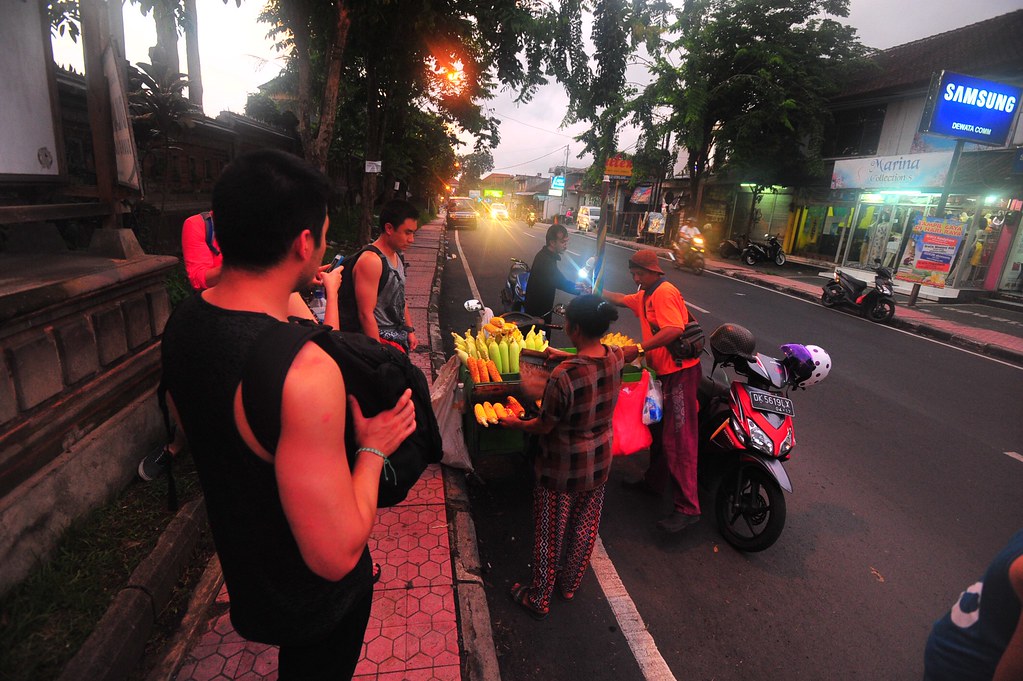 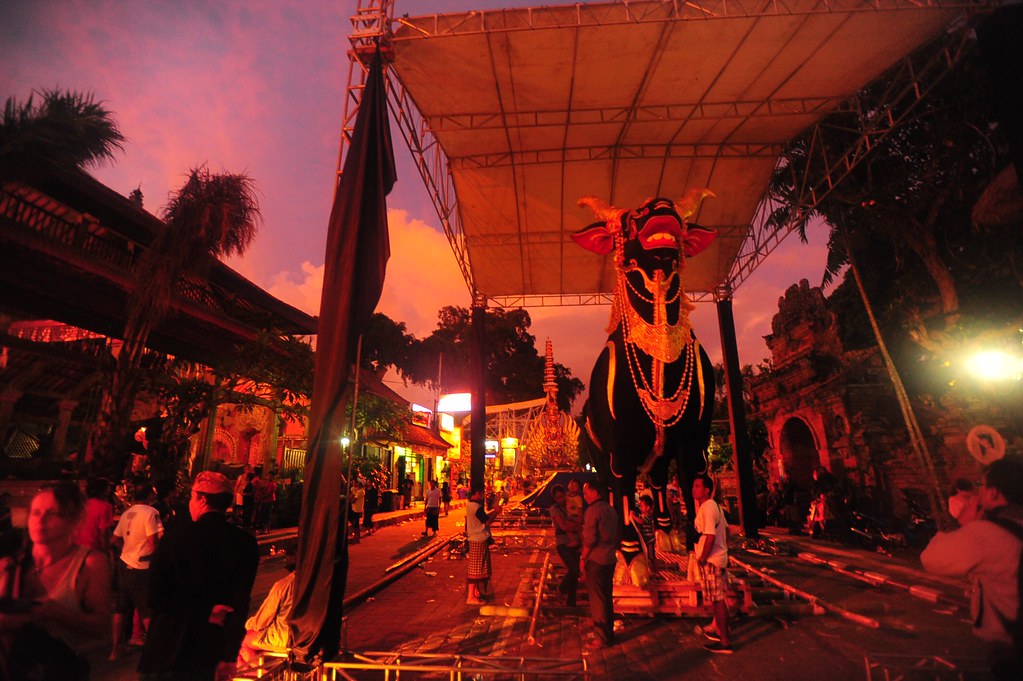 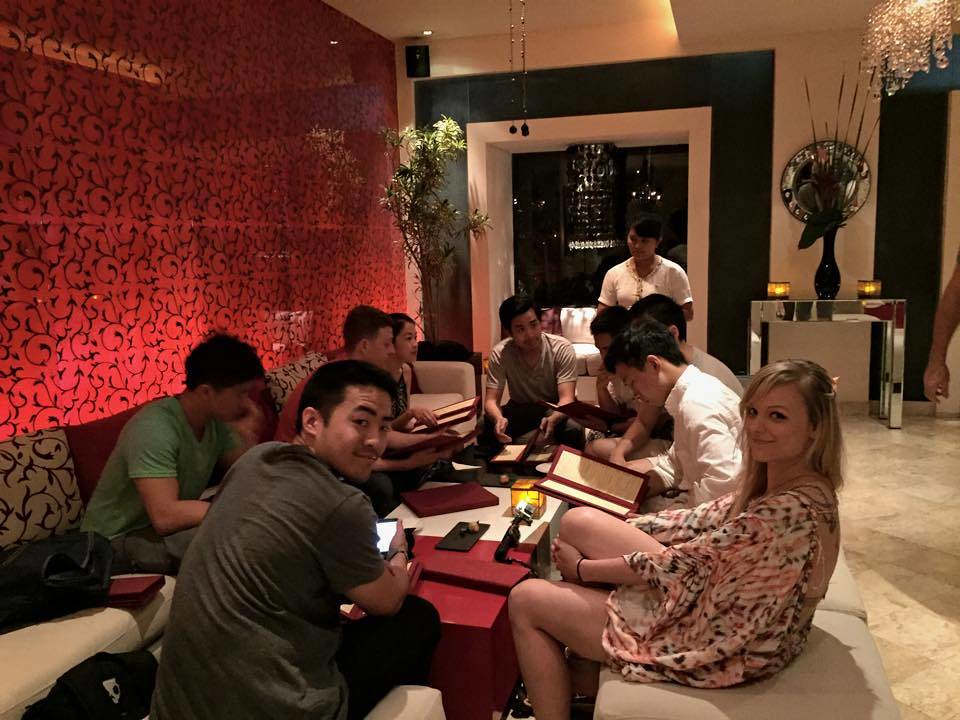 Its executive chef, Chris Salans, is notable for being the head chef of Thomas Keller’s (of The French Laundry and Per Se fame) restaurant Bouchon in Napa Valley. 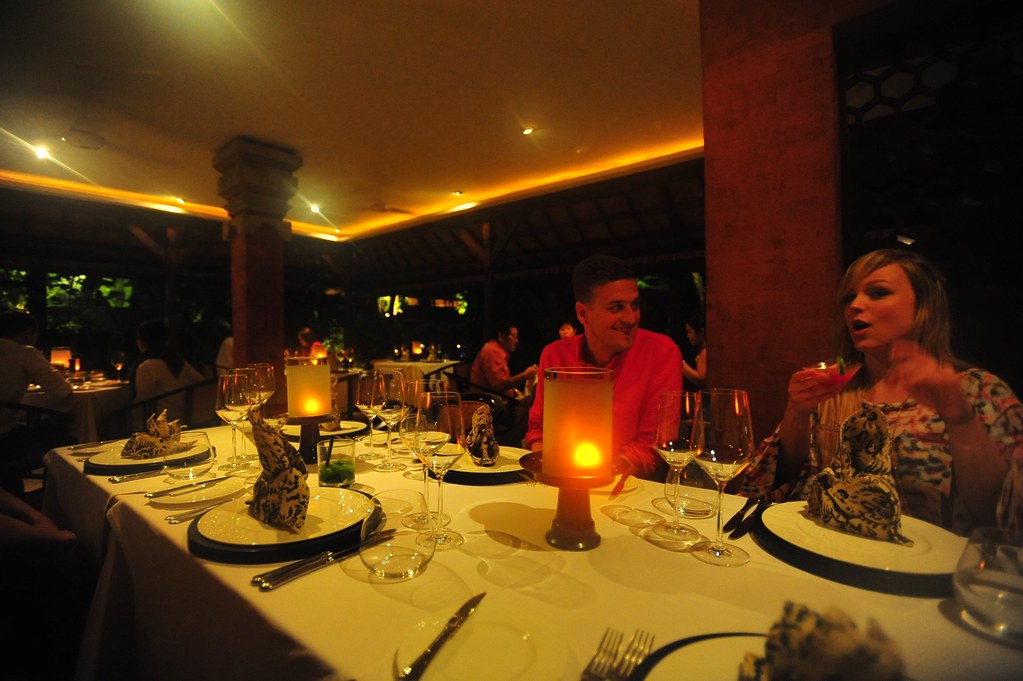 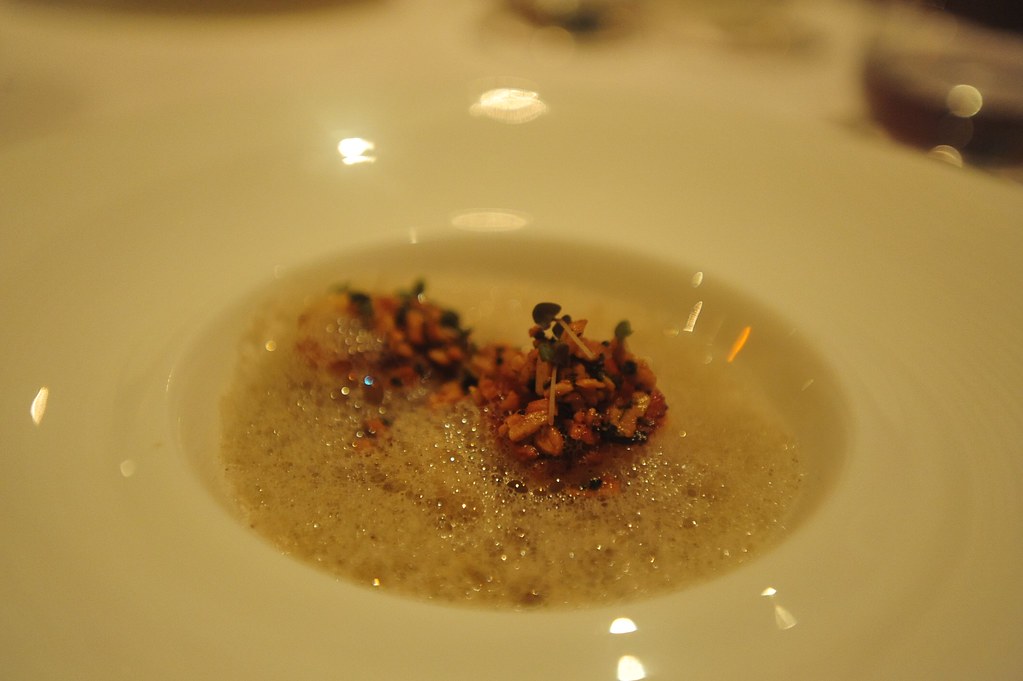 Scallops with fermented soybean and foam 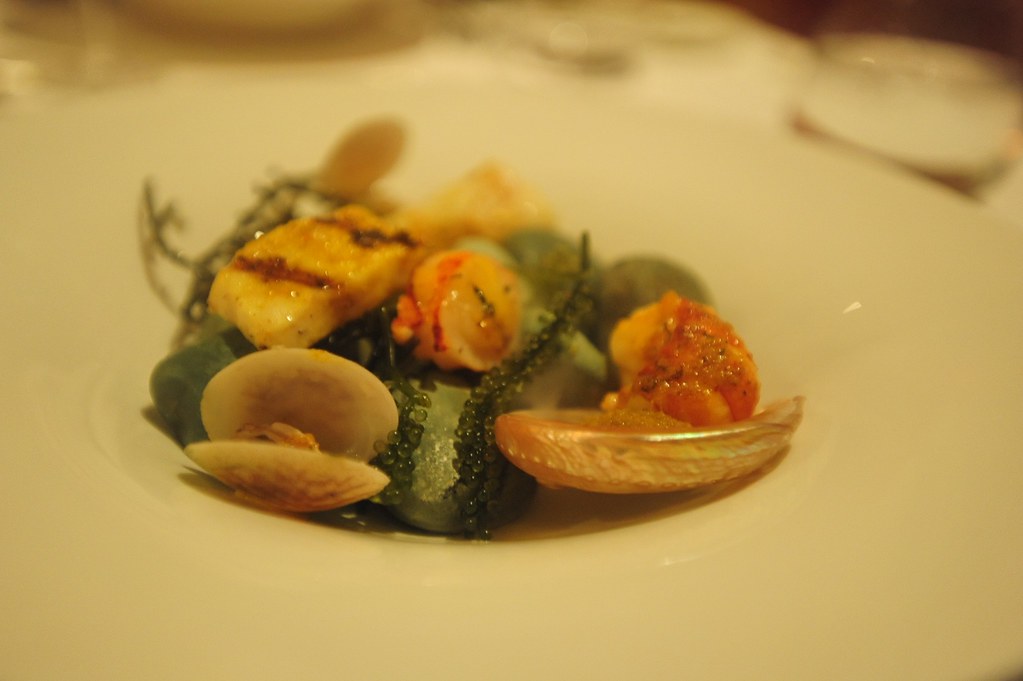 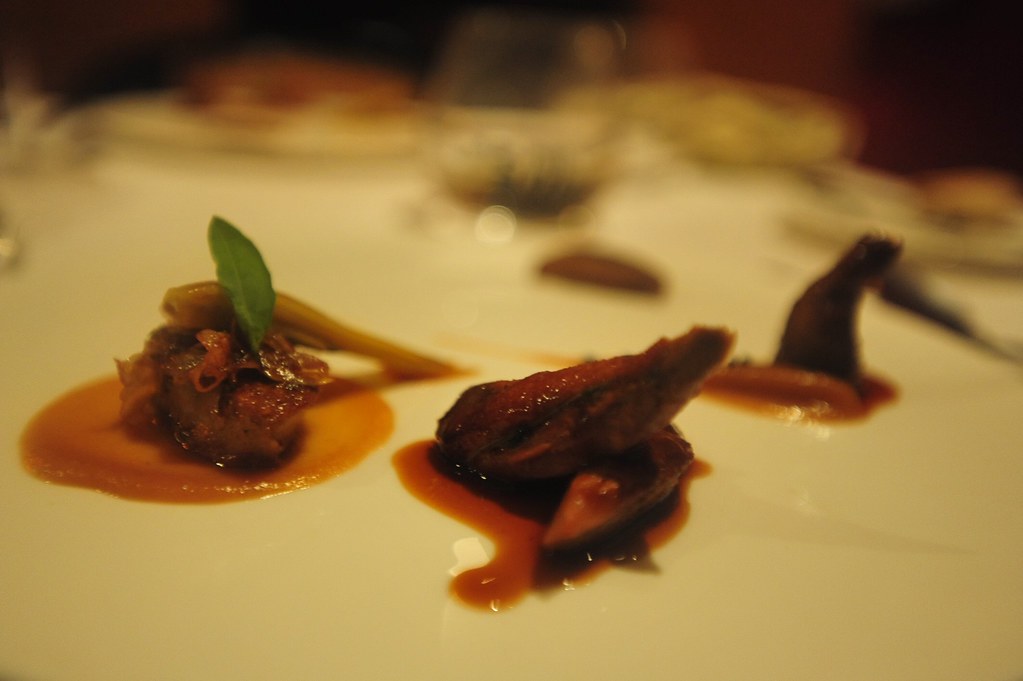 Trio of Pigeon with Foie Gras 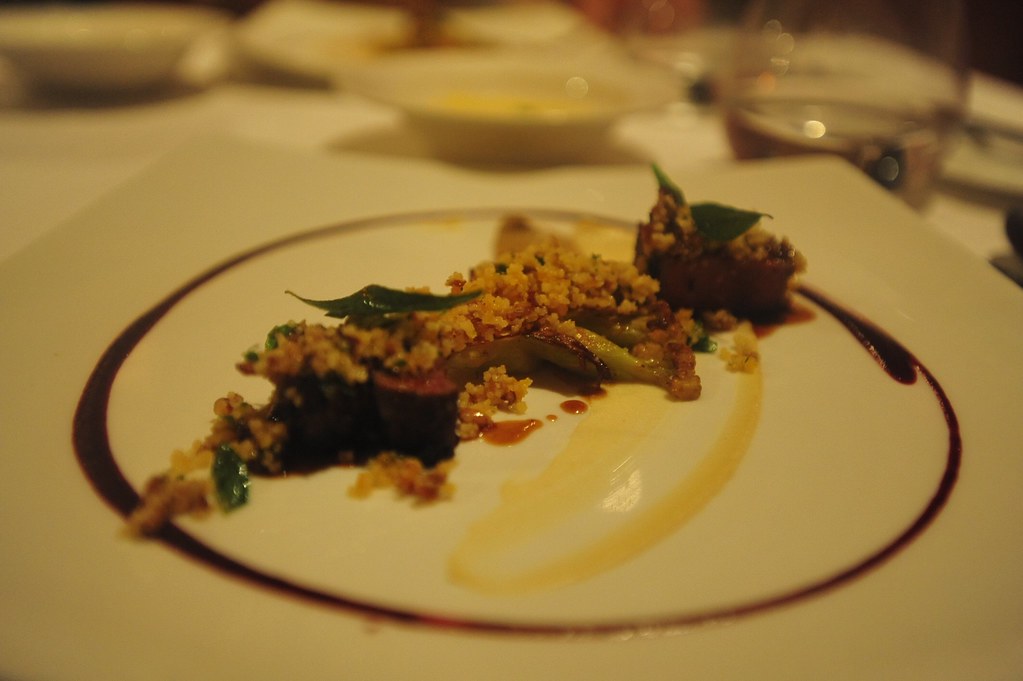 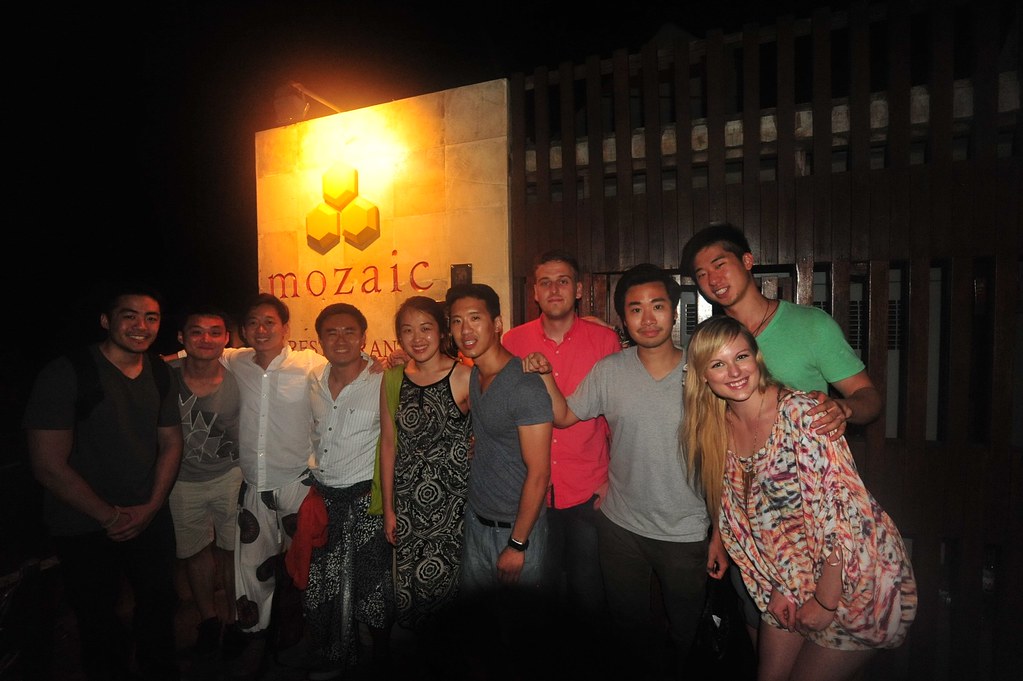 After dinner, we headed out for bit of partying afterwards in Legian. Now we’re pulling an all-nighter waiting for our 5:15am shuttle bus to the airport. We’re embarking on a 7:30am direct flight to East Timor-Leste, the newest stabilized country in the world!