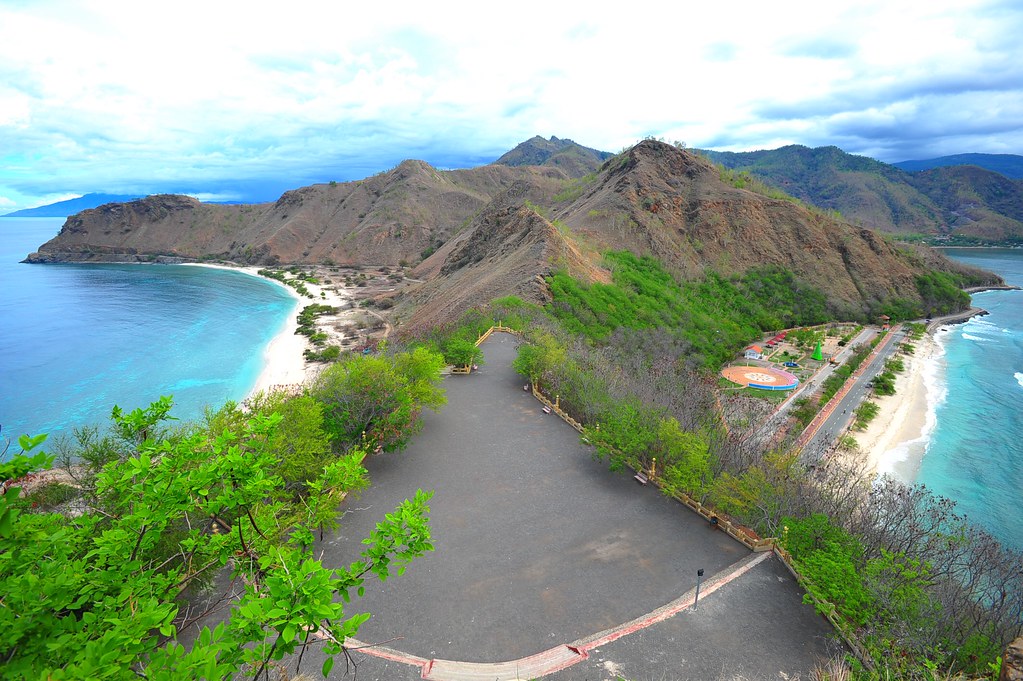 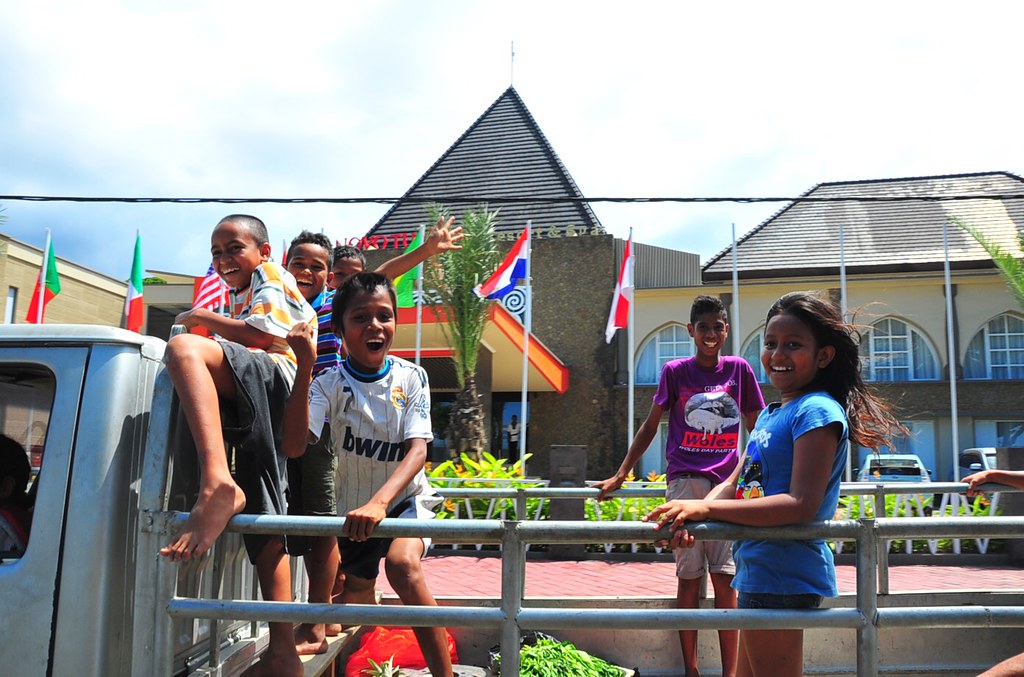 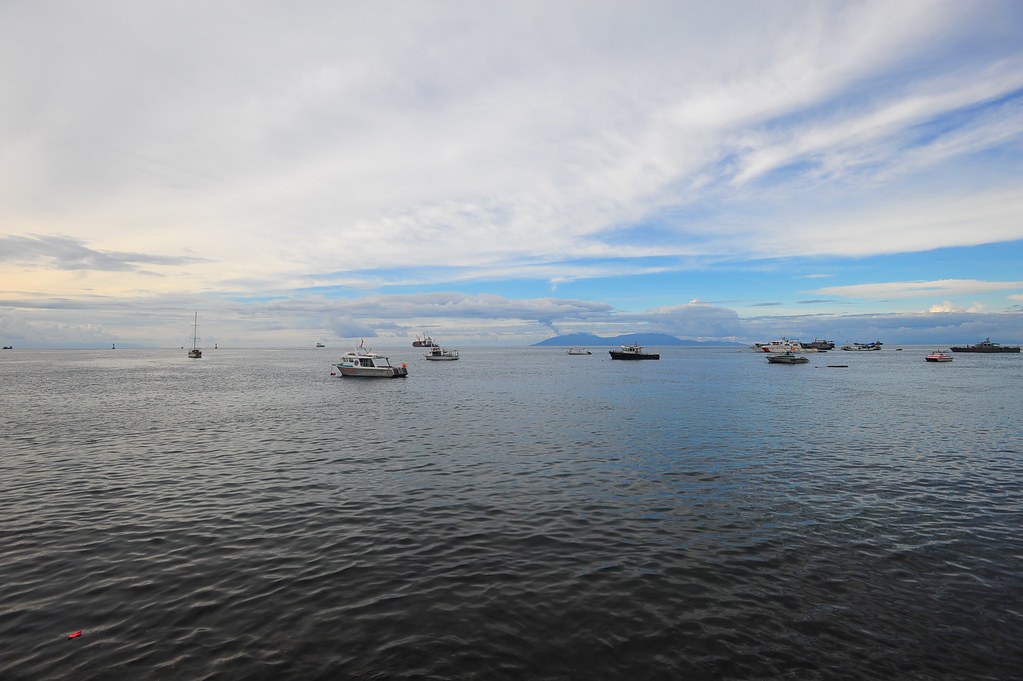 Today the group pulled an all-nighter to catch at 7:30am flight from Bali to Dili, the capital of East-Timor Leste. When we landed, I immediately knew we were in a country unlike most others. 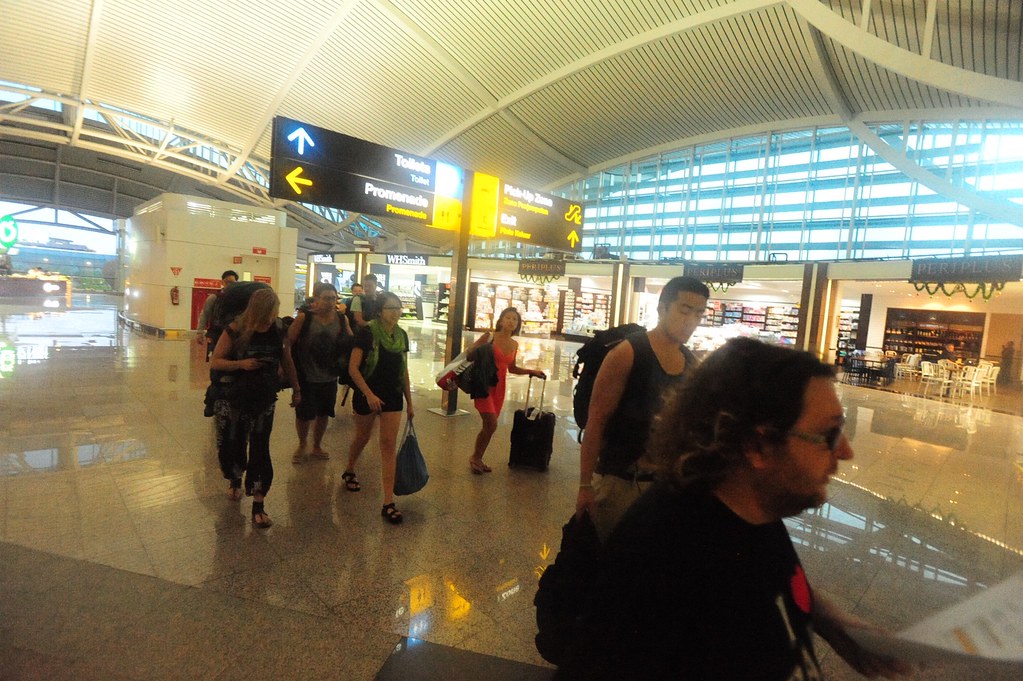 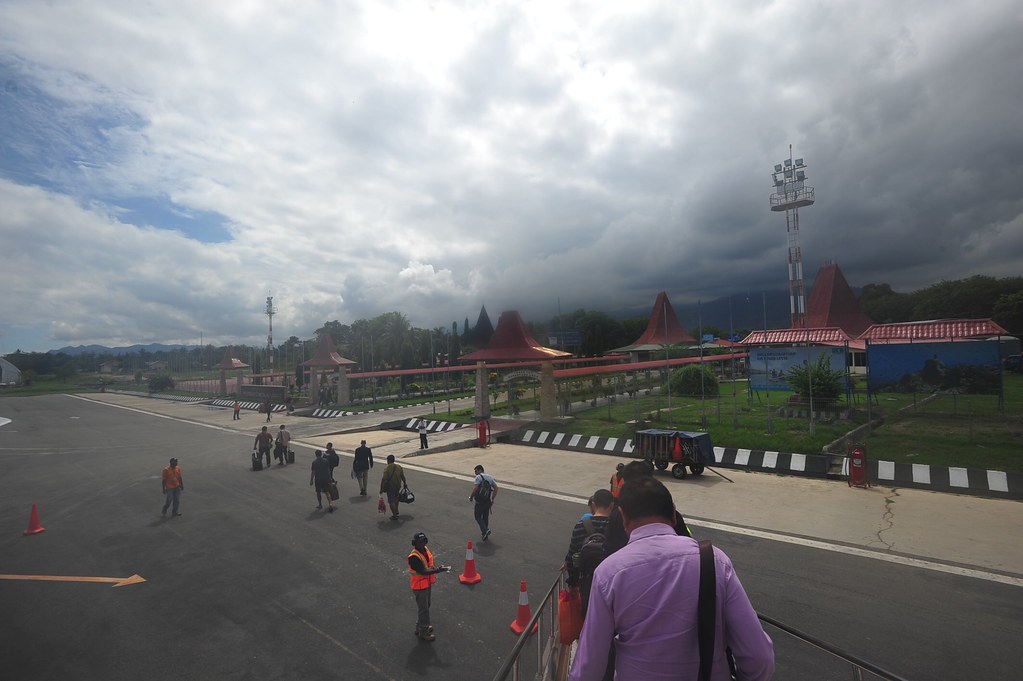 This is travel purely off the beaten track, where tourism hasn’t even begun developing yet. I even think our arrival today immediately doubled the number of tourists in the capital. Commence the long stares from locals, curious to know what brought us here in the first place.

East Timor-Leste, the second newest country on the planet after South Sudan and the newest stabilized country, just recently gained its independence as a former Portuguese colony. That didn’t stop the Indonesian army from trying to take over, but after their massacre of innocent civilians at Santa Cruz cemetery being shown on CNN and the rest of the world, the UN stepped in to ensure the independent will of the East-Timorese people. The UN eventually left the country to subsist on its own as recently as 2012, and to this day the country struggles to stand on its own two feet.

East Timor-Leste, however, because of the Indonesian army’s “pacification” that left more than 250,000 East-Timorese dead (1 in 5 of the country’s population) between the 1970s to the 2000s, still struggles with high illiteracy rates (>50%) and a life-expectancy of 55 years of age.

Sobering, to say the least.

BTW, the internet here in East-Timor is predominantly dial up, so it’s sort of a miracle I can get this blogpost out there. 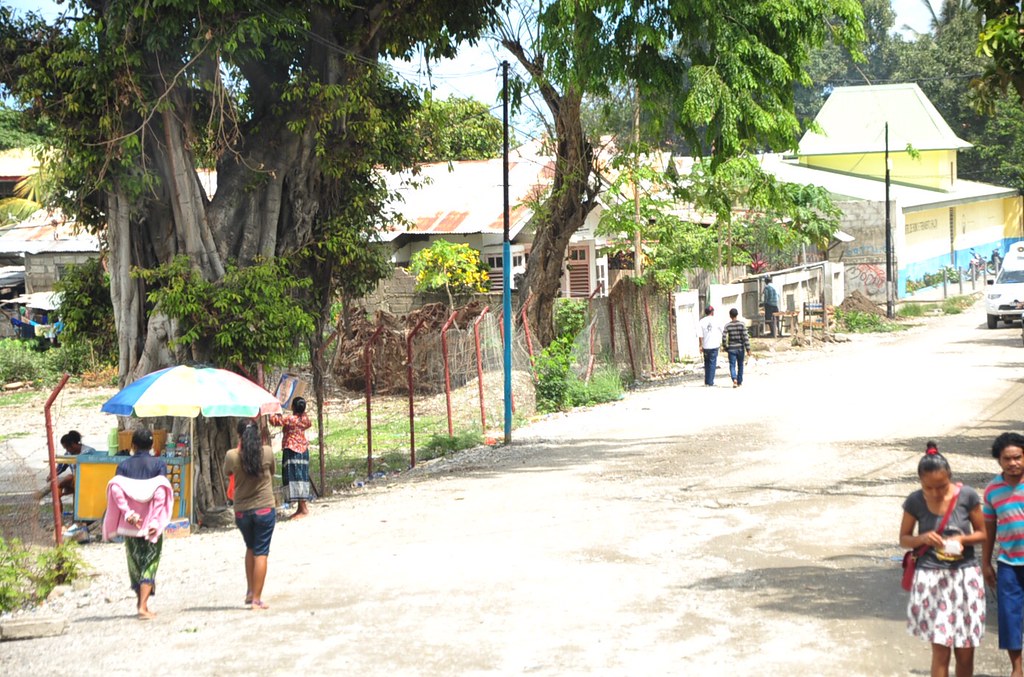 Our group headed to the only hostel in East Timor — East Timor Backpackers — where we freshened up and commandeered an army jeep to carry 13 of us. Plus the driver, making it 14, and yet we were still 1 person shy of breaking the vehicle’s 15 person record. 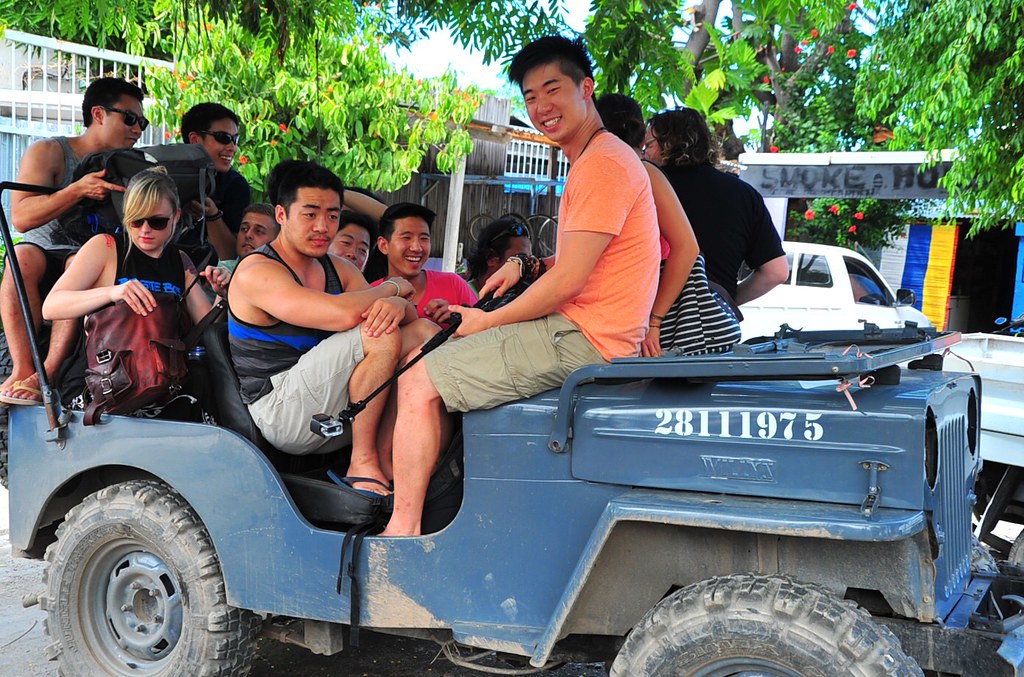 I think the entire city knew who we were by the end of the day. 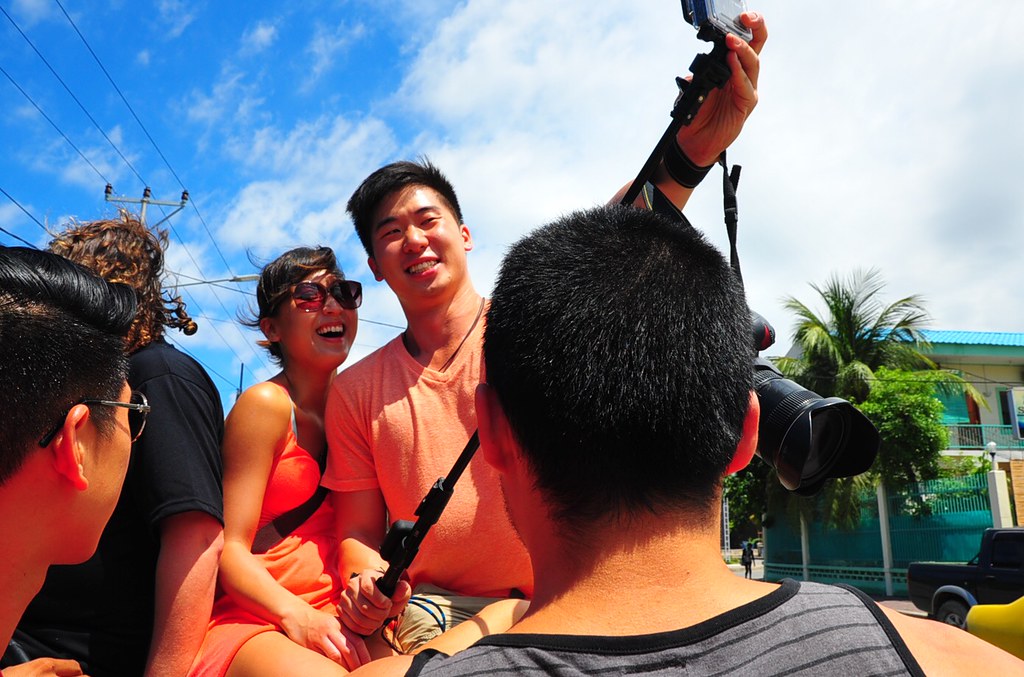 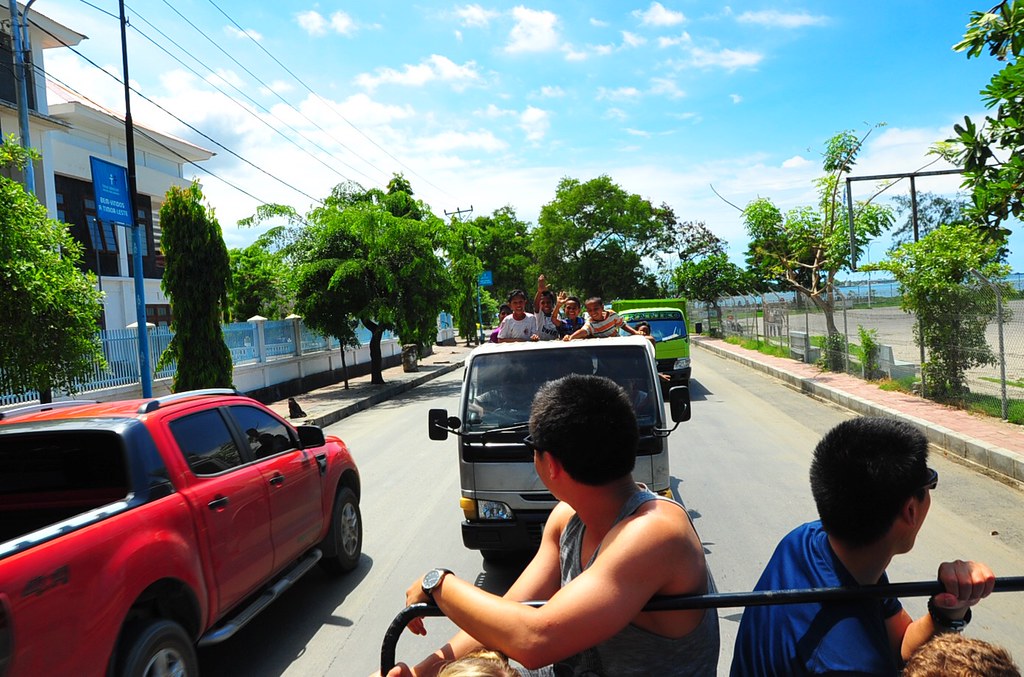 We first drove south 7km to the statue of Jesus Christ facing the city of Dili. 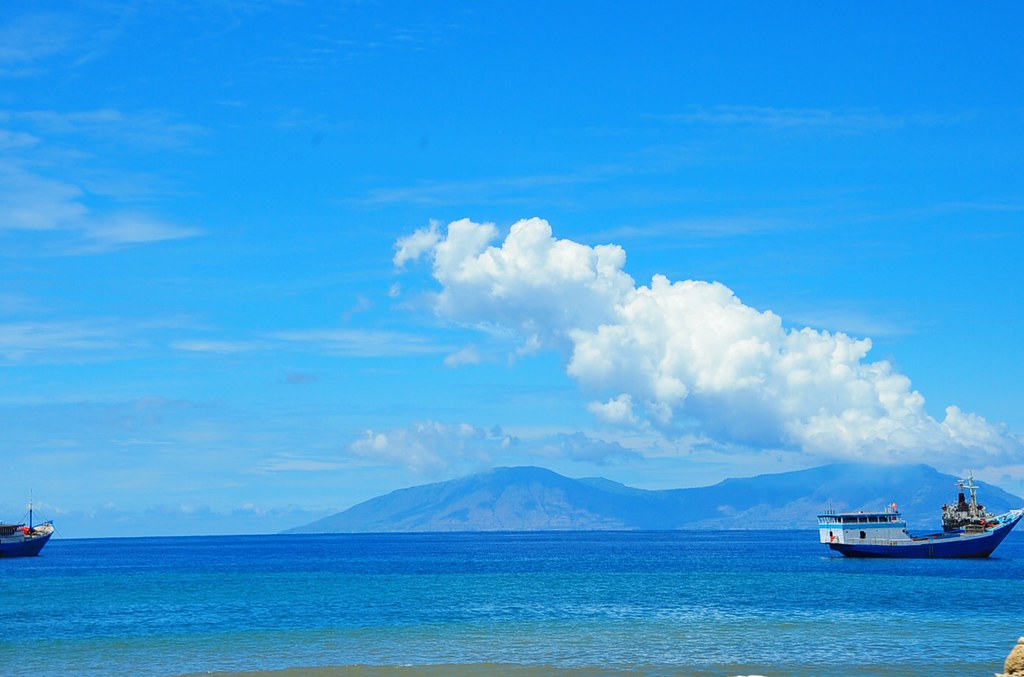 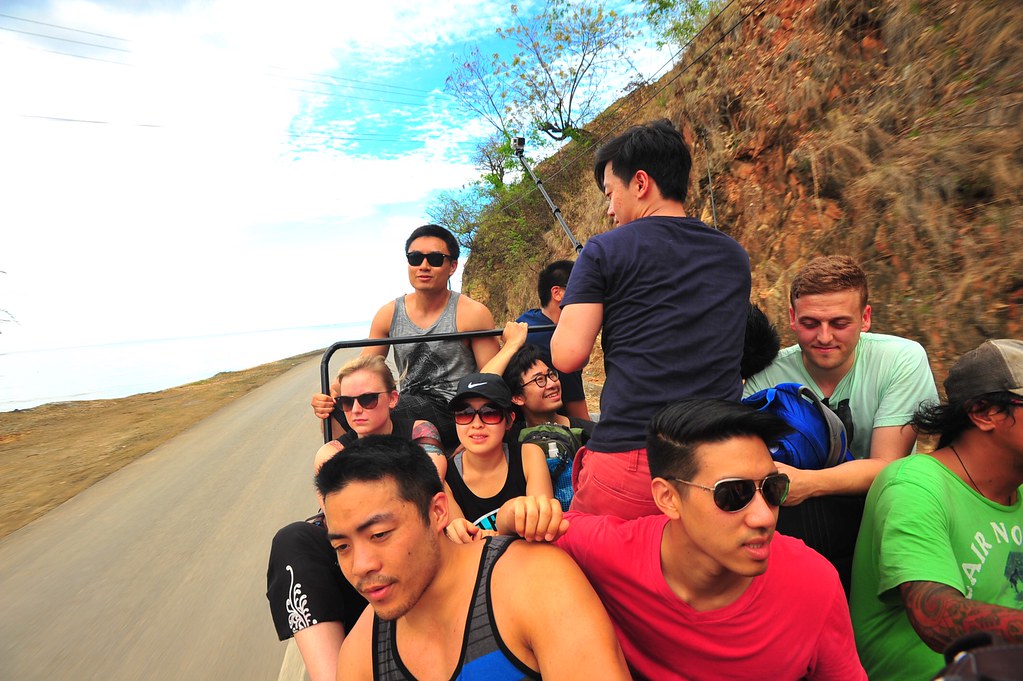 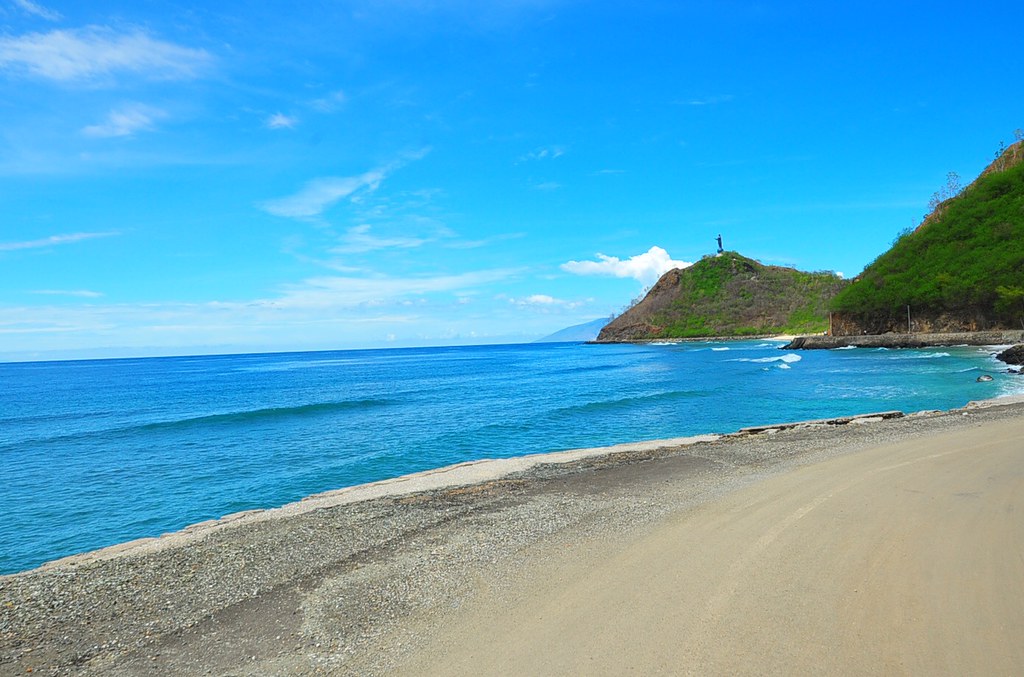 Then we climbed up a long flight of stairs to reach the base of the statue, admiring the views of the bay and the city of Dili from afar. 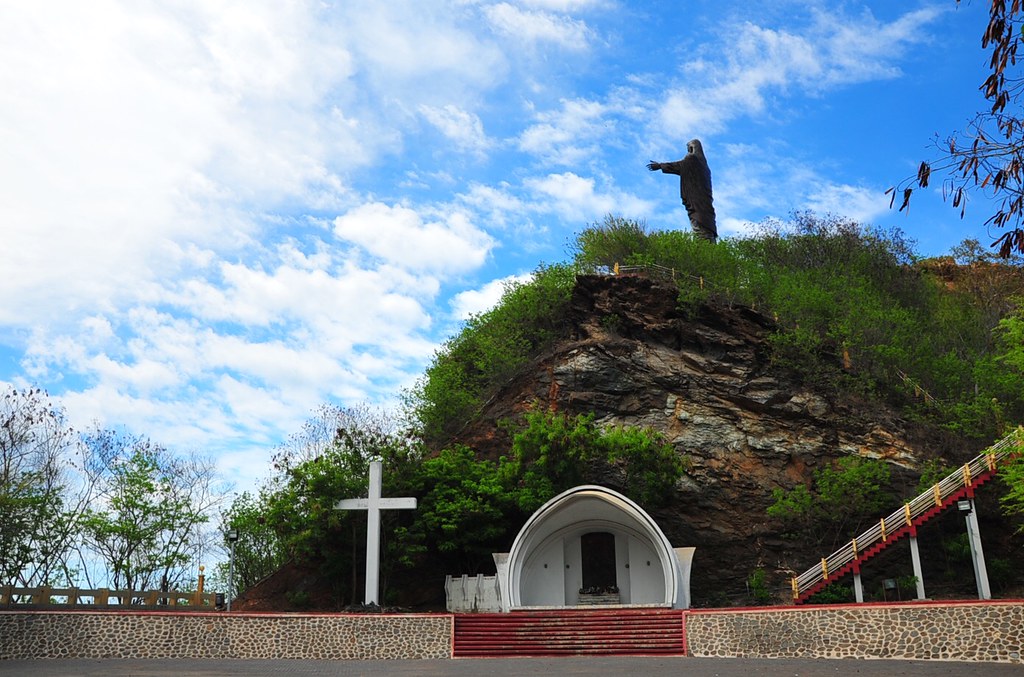 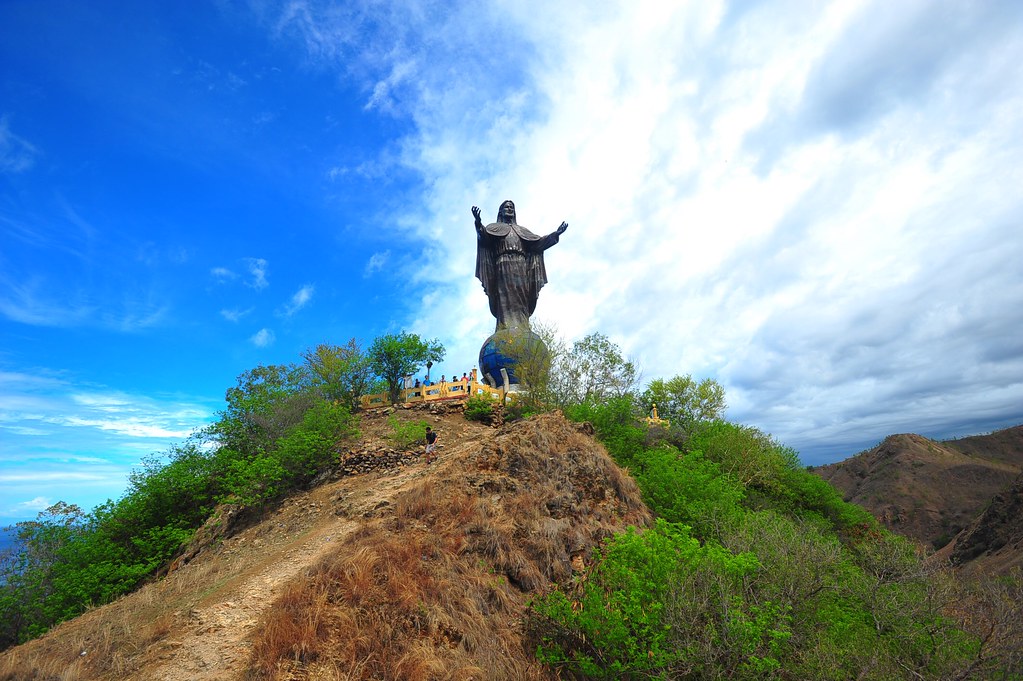 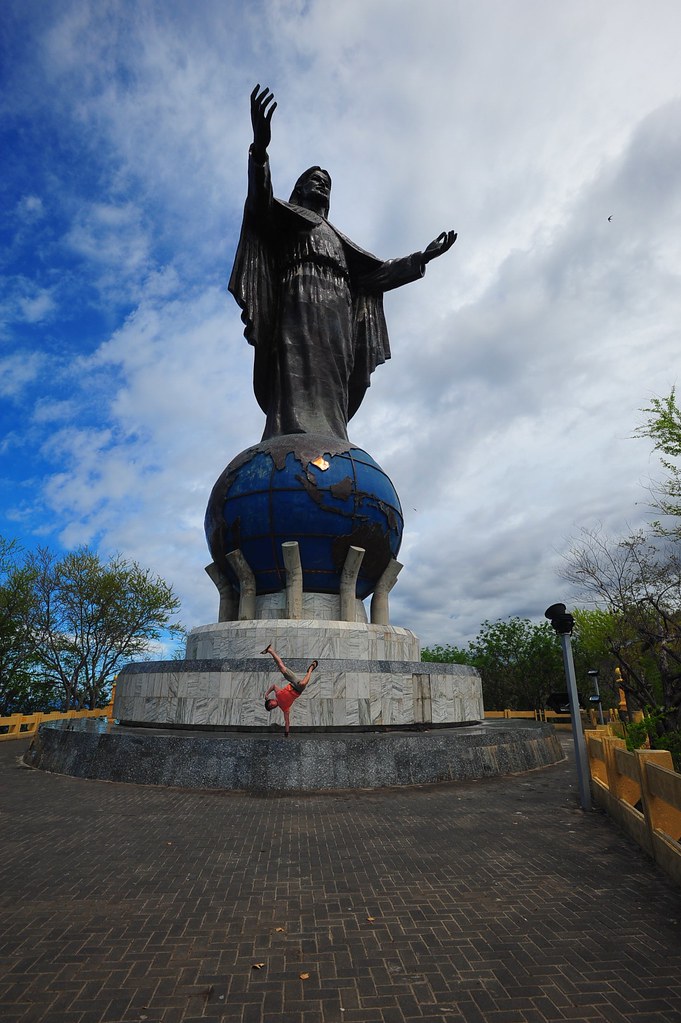 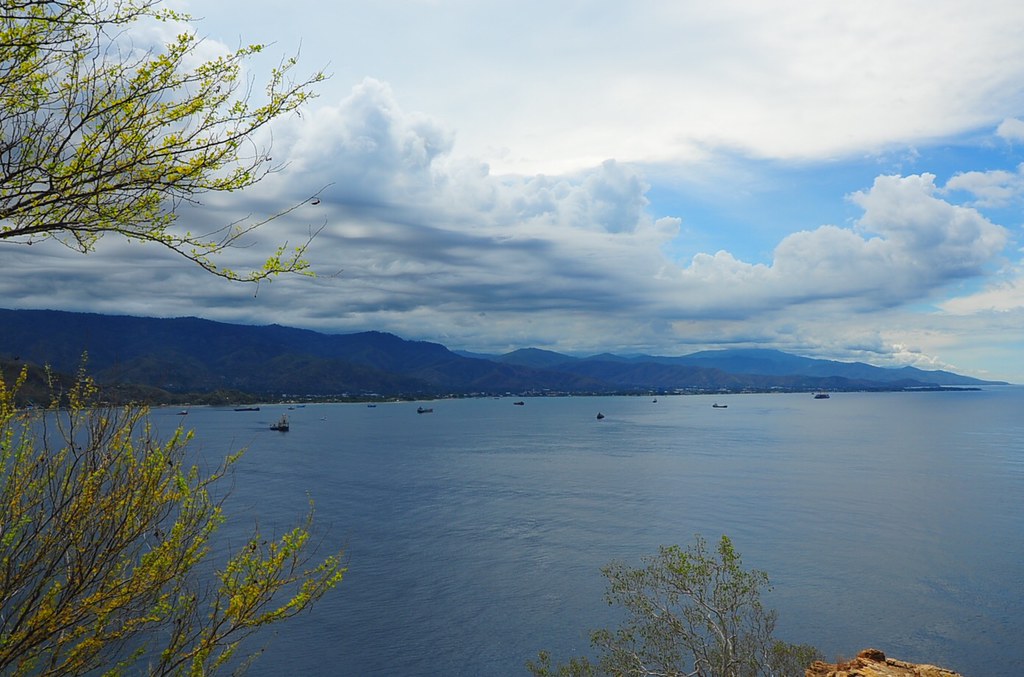 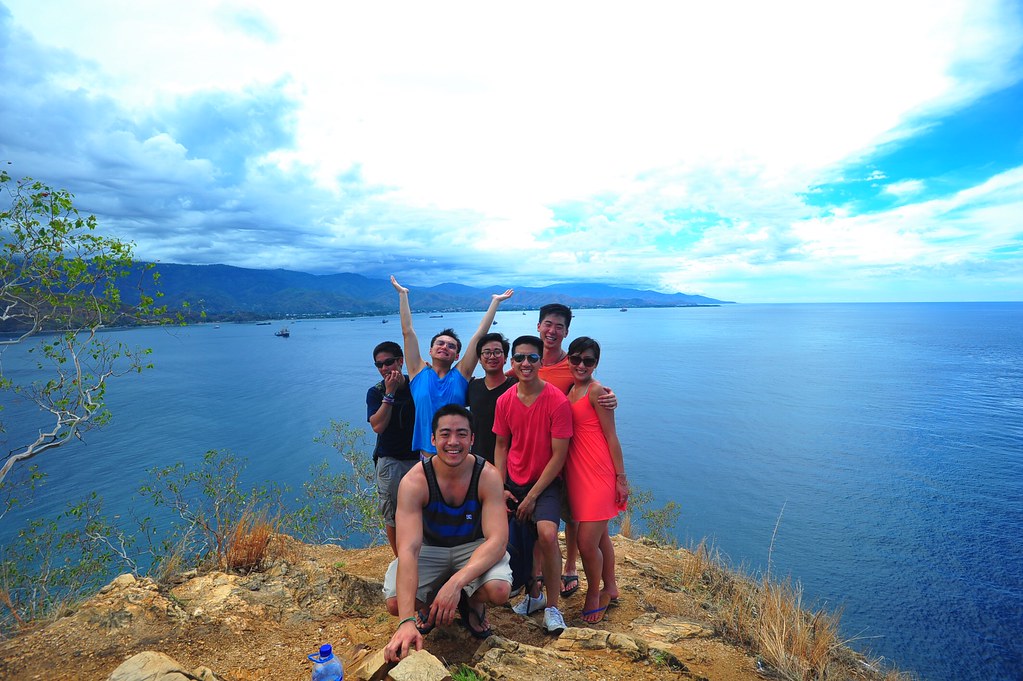 Afterwards, we headed back to the city and grabbed local Timorese food for lunch. 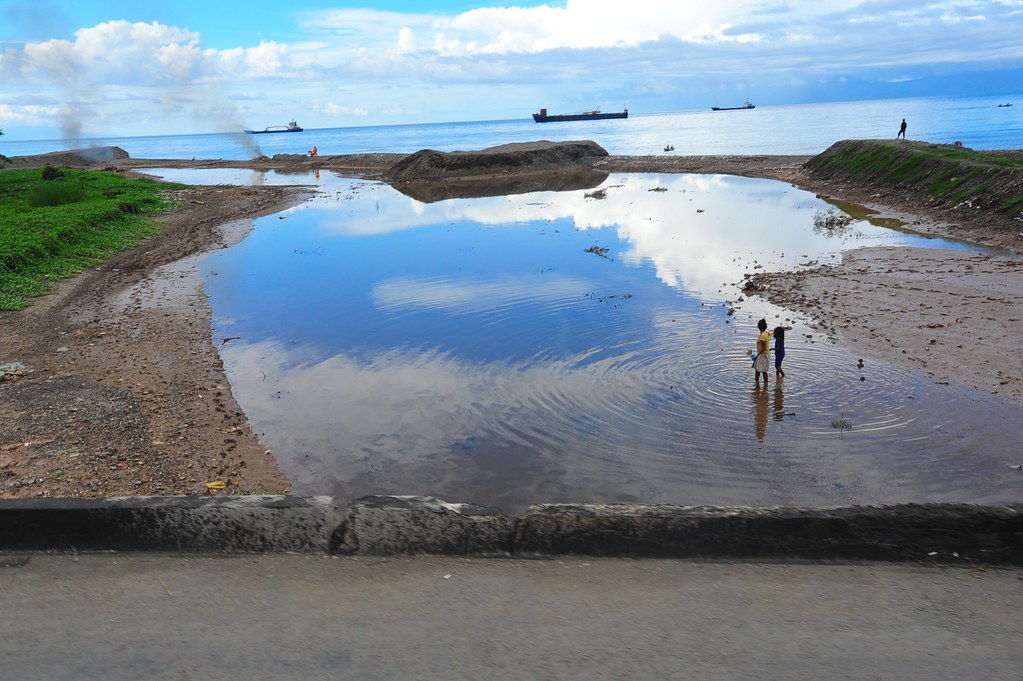 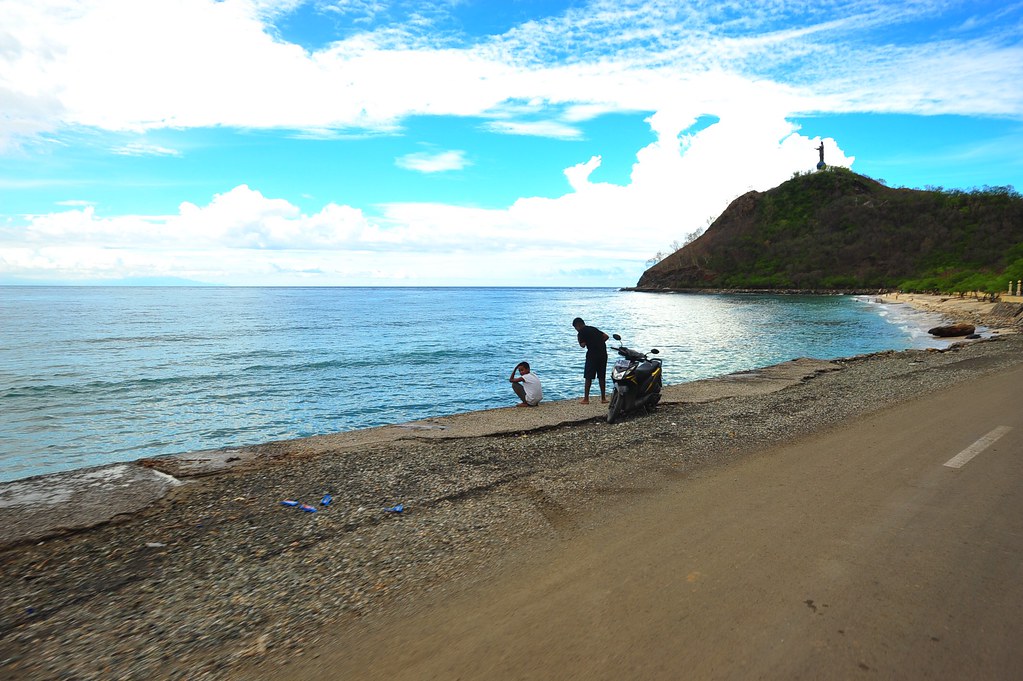 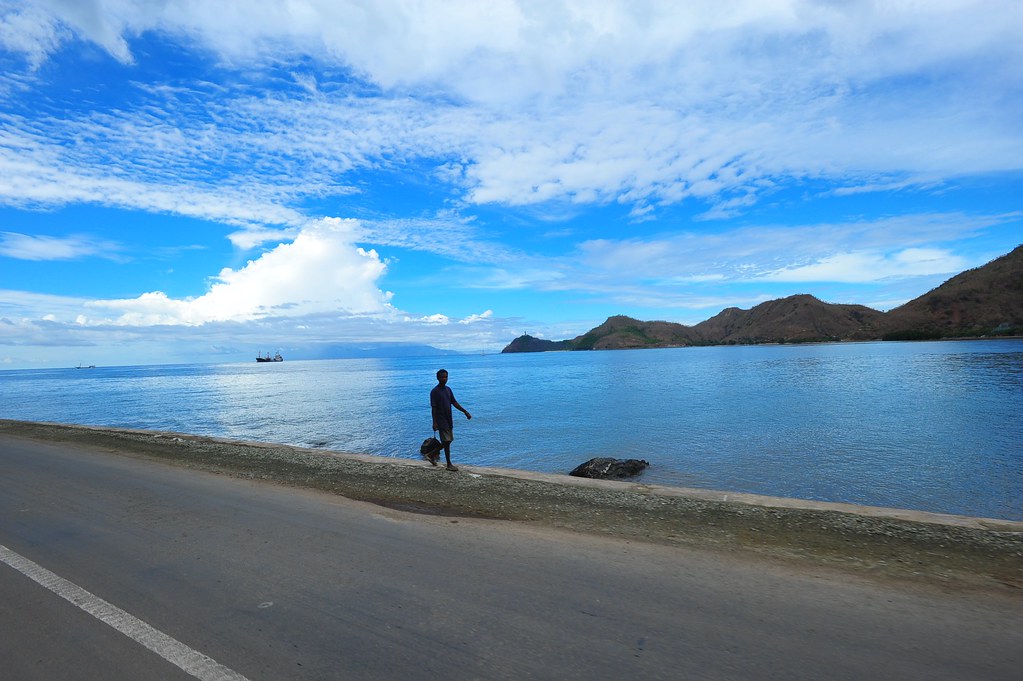 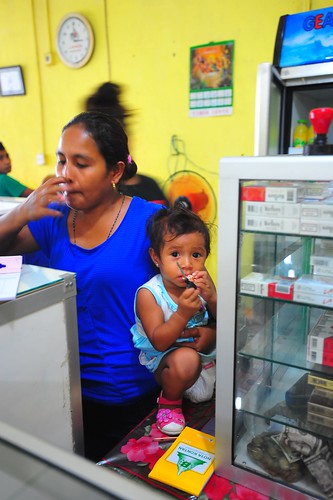 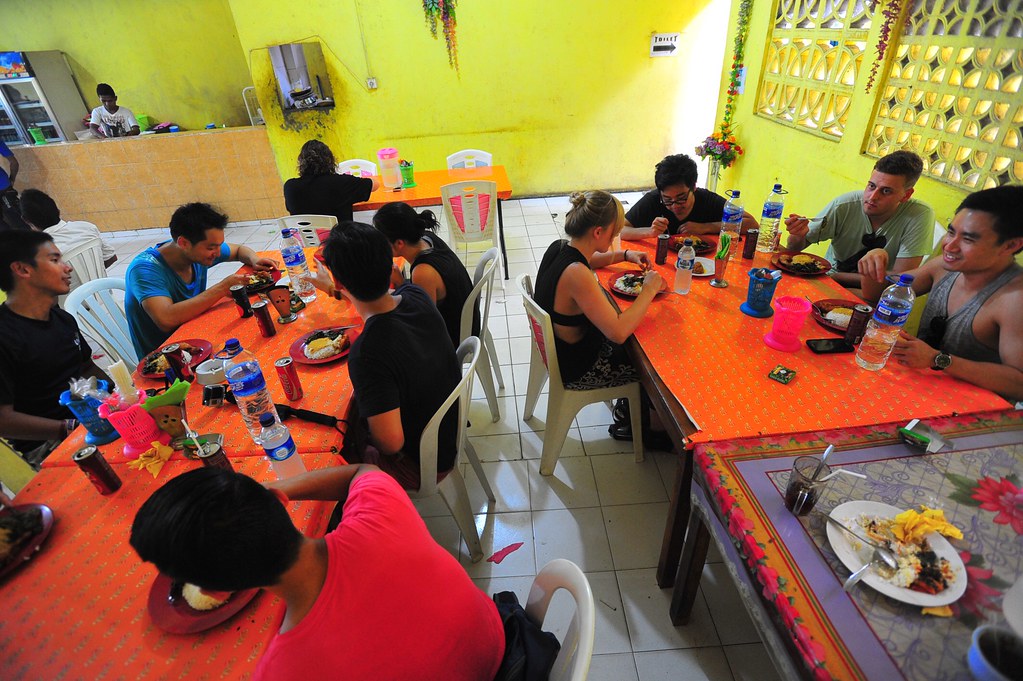 After lunch we did sightseeing at the well-curated Resistance Museum that documented the struggle for independence in East Timor, and then at the “Chengas! Exhibition”: a former prison for political prisoners that used to torture and execute hundreds of people was turned into a museum to remind the world of the horrors of the Indoneisian “pacification.”

After a week in paradise among The Palawan Islands and Bali, this was a sobering wake up call to the bubbles we’ve been living in. Back to the kind of travel I was meant to do. 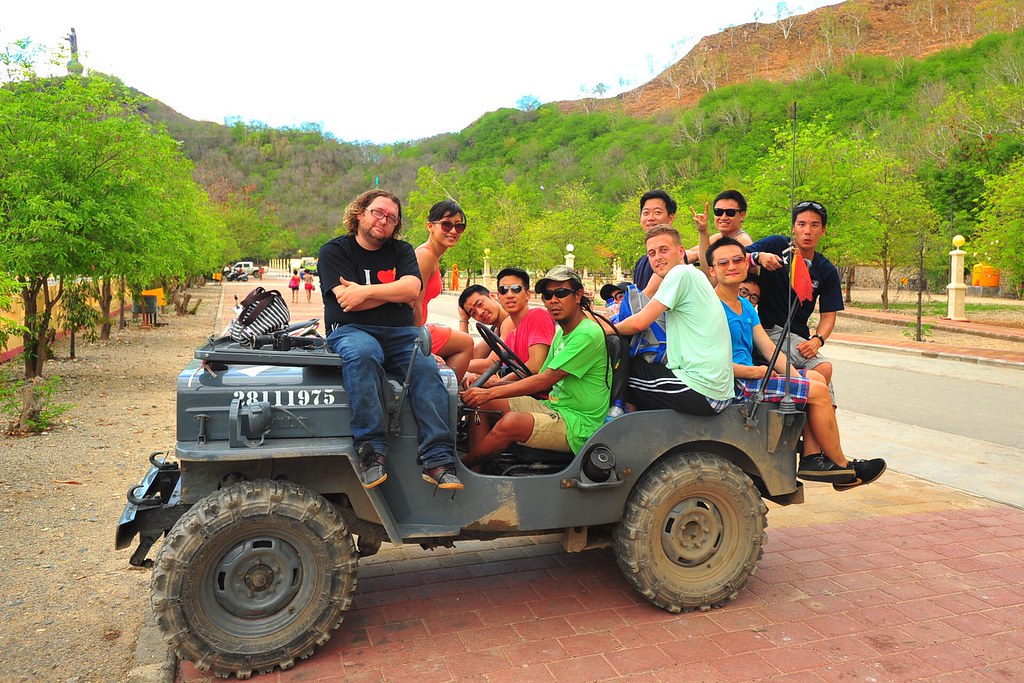 After the museums, we strolled along Santa Cruz cemetery itself, the very place where 380 unarmed civilizans, while assembling at a funeral procession for an activist championing East Timor independence — were shot and bayoneted to death by the Indonesian army without warning. It was the footage of this massacre, smuggled out of the country and shown on CNN shortly afterwards, that awakened the world to the very existence of East Timor and its struggle for self-determination.

It was here that led to the turning point of the Indonesian’s army withdrawal from the country and the UN stepping in to end the violence and occupation. 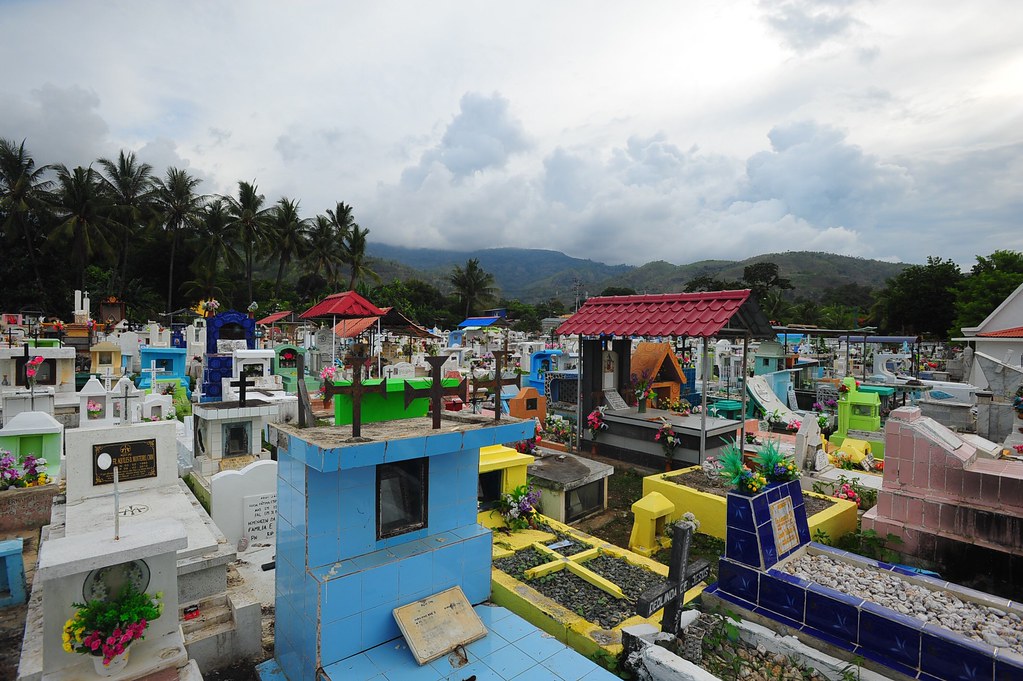 Afterwards, we checked out the seaside and headed back to the hostel. Tomorrow, we head to Baucau. 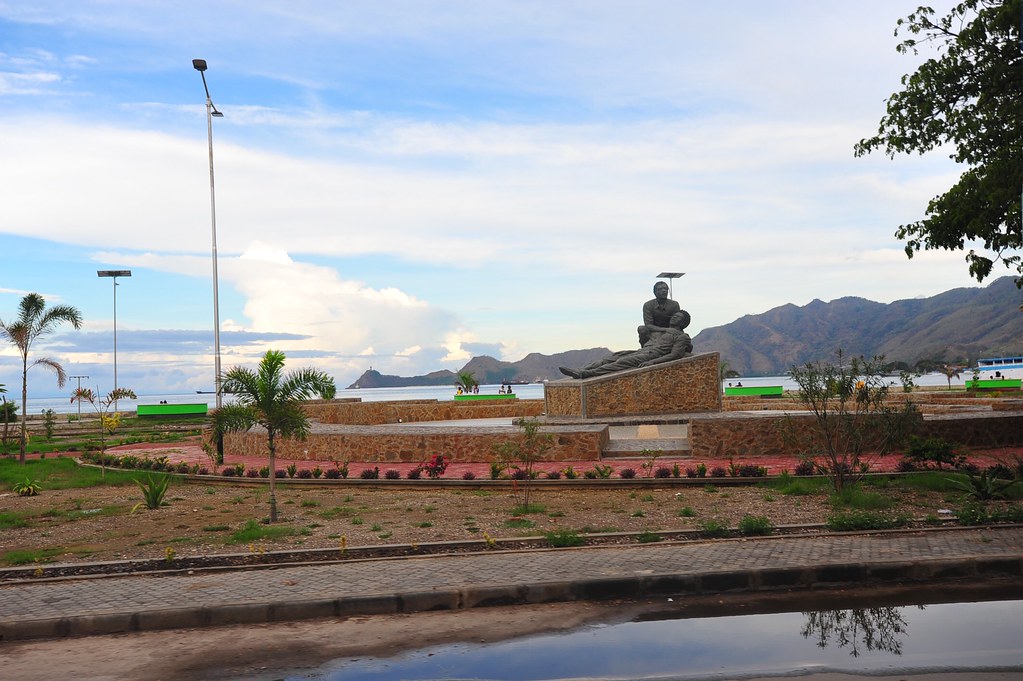 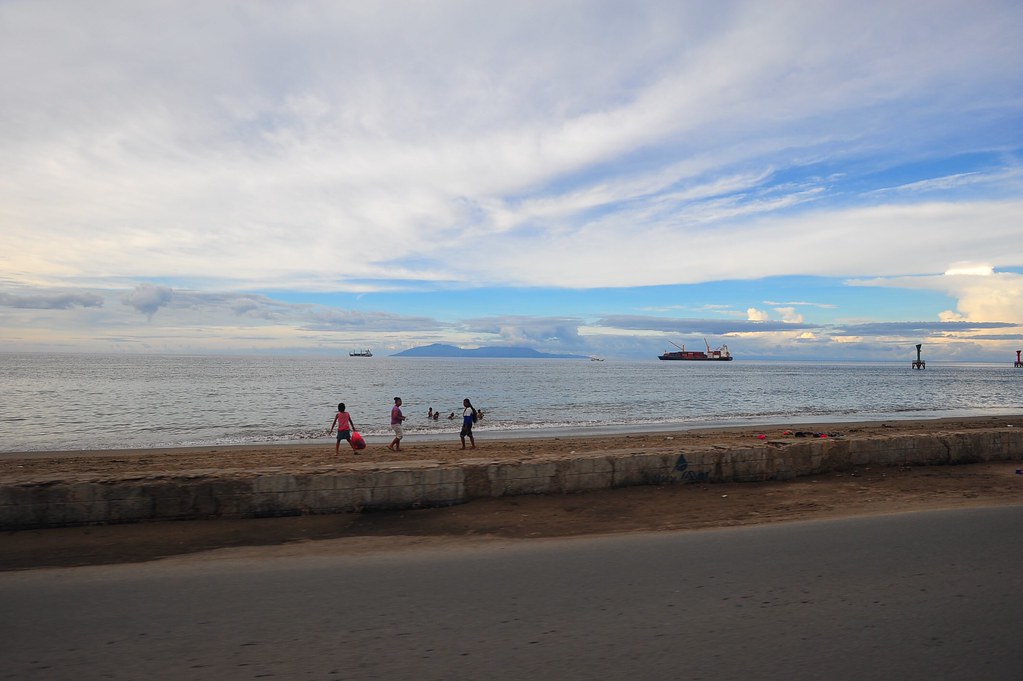 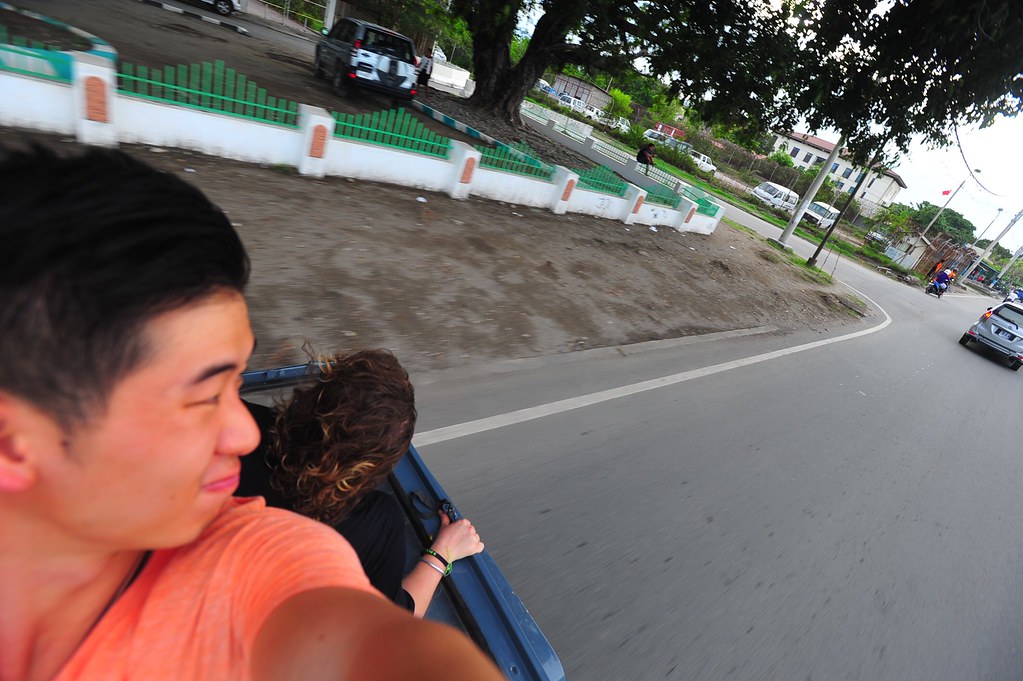