“I Must Go Now, Gotham Needs Me”: Chicago, IL

The official start of Route 66 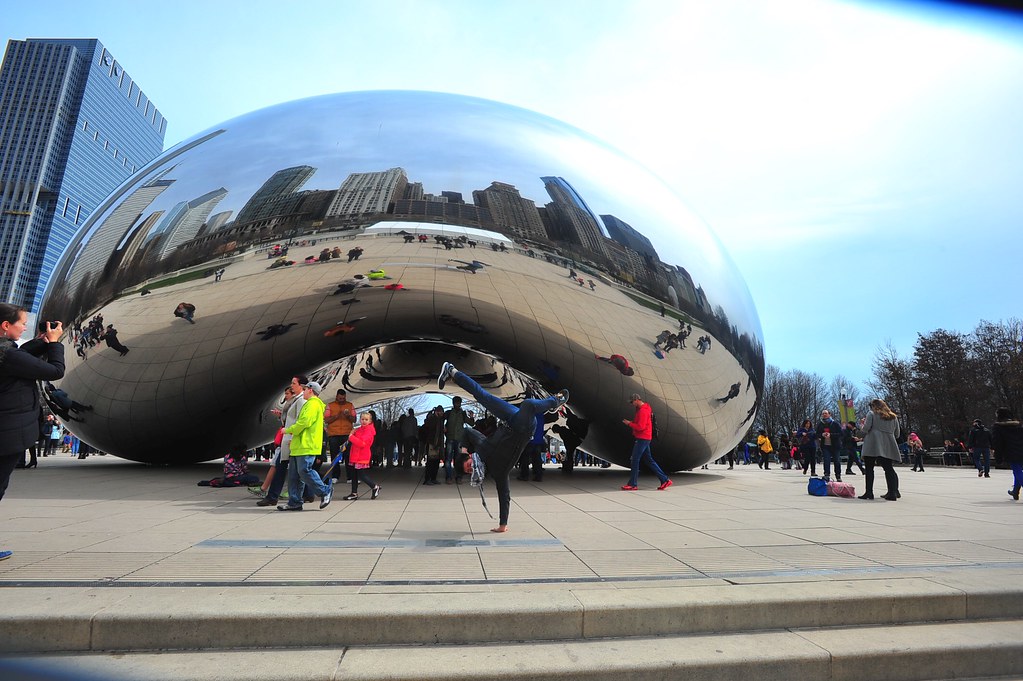 The Cloud Gate just got served 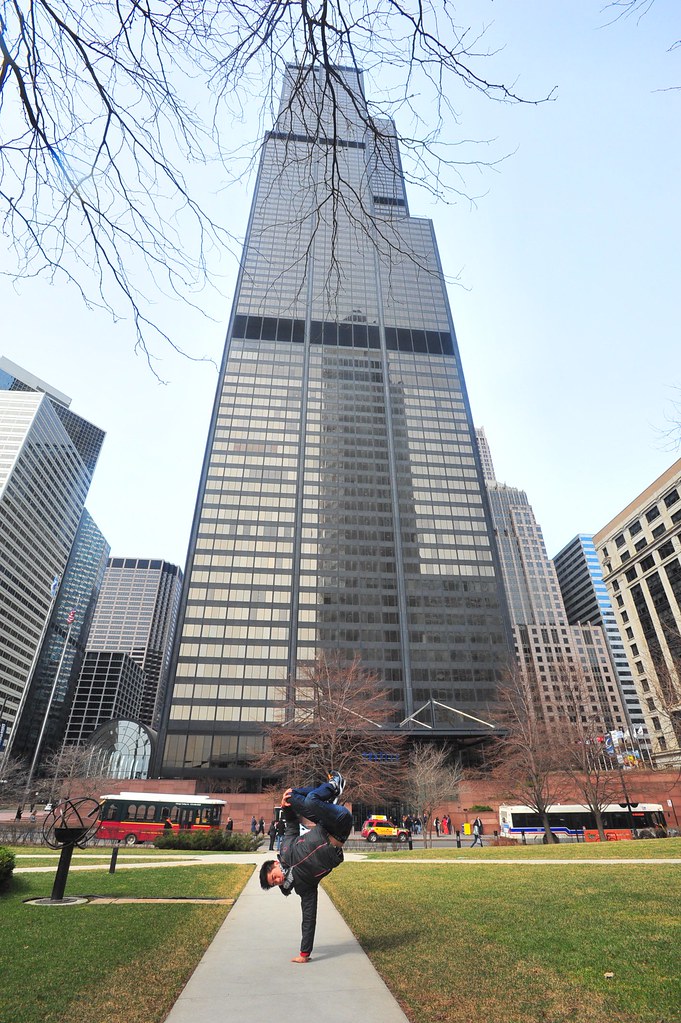 The Willis/Sears Tower just got served

Despite American Airlines delaying our 6am flight to 9am and then canceling it due to unknown reasons (they literally said “we don’t know what’s wrong with the flight”), we were moved quickly to a 9:30am flight to catch up with everyone else in our group. After all my travels, this would be my first experience ever with a cancelled flight.

Jenn and I landed promptly at around 10:50am and blitzkrieg’ed it to drop off our bags at the hostel. We then briskly walked up through Millennium Park. 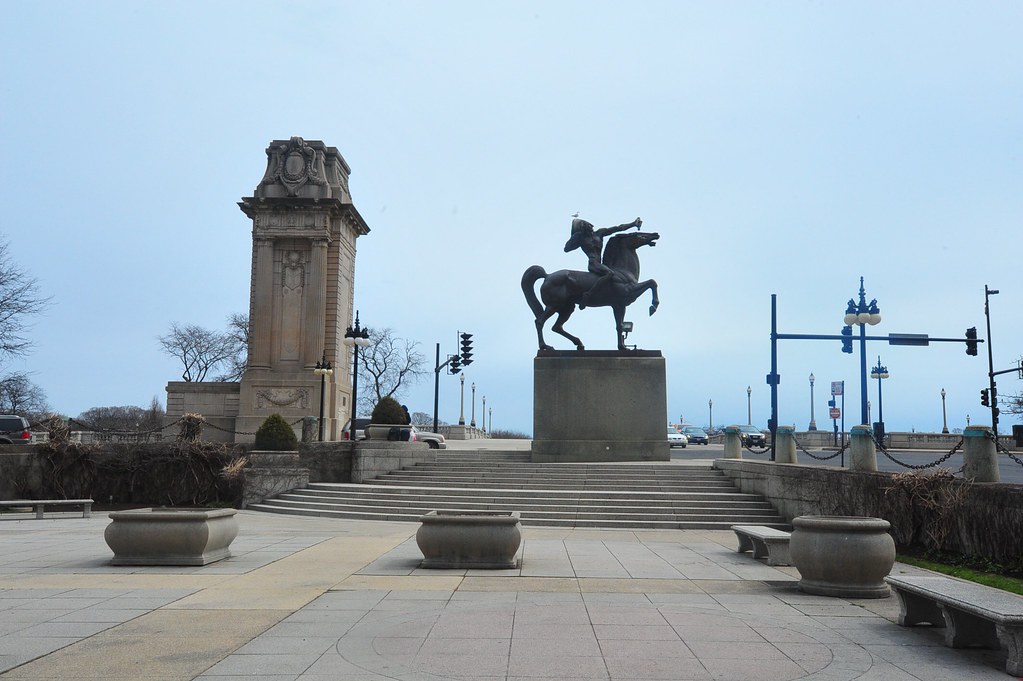 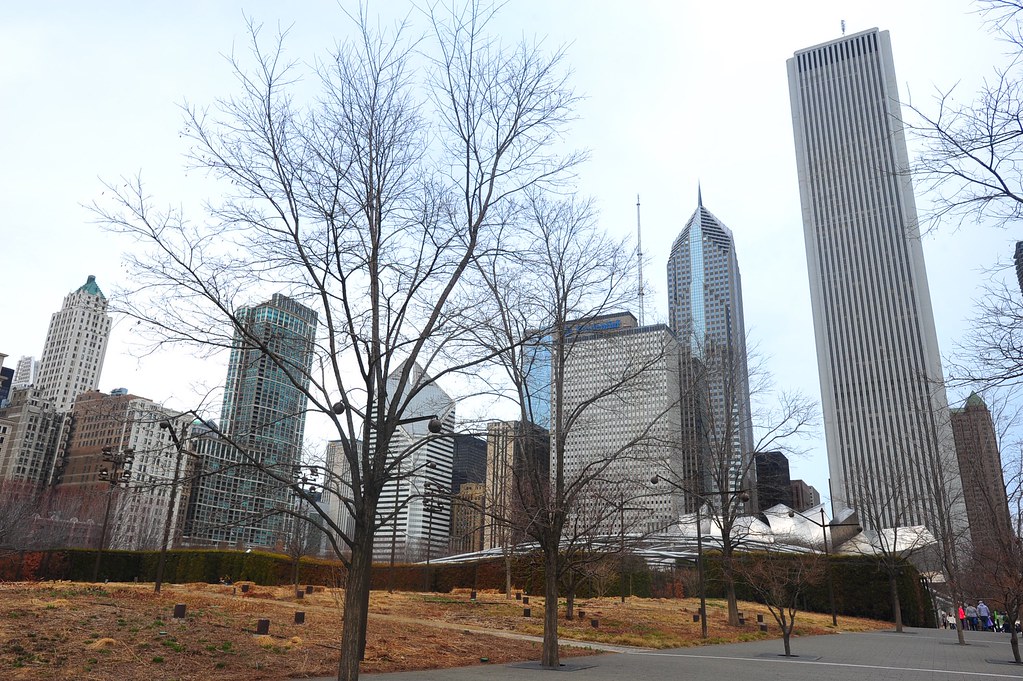 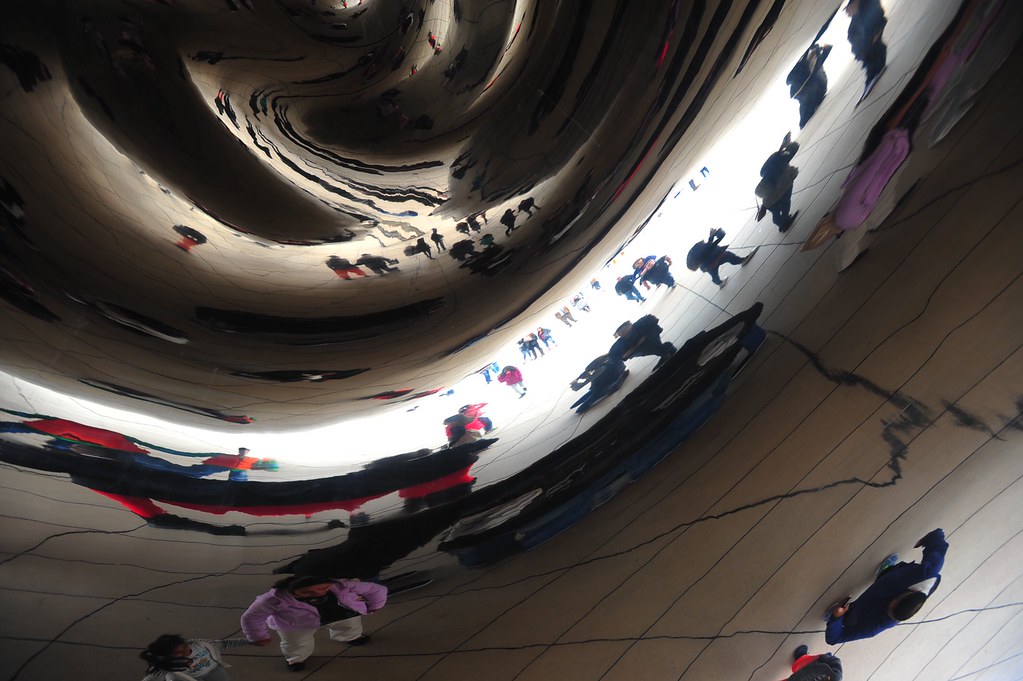 With the majority of the group reunited at Millennium Park, we then walked down Michigan “The Magnificent Mile” Avenue to the official start of Route 66 at Adams Street.

Then we took a subway down to The Bongo Room, where we had their highly recommended brunch: 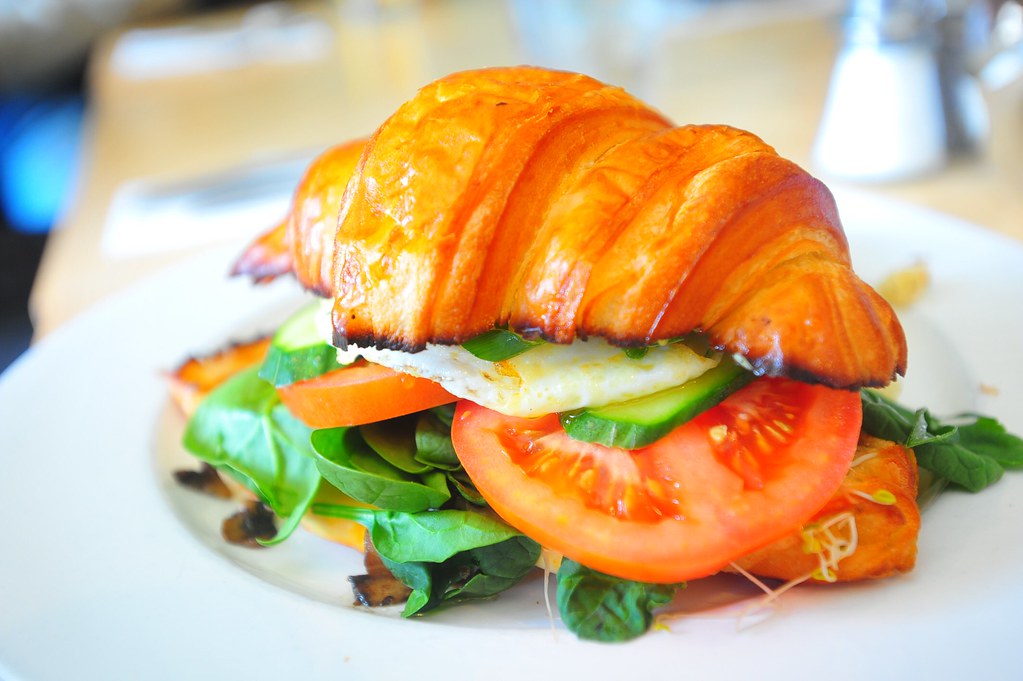 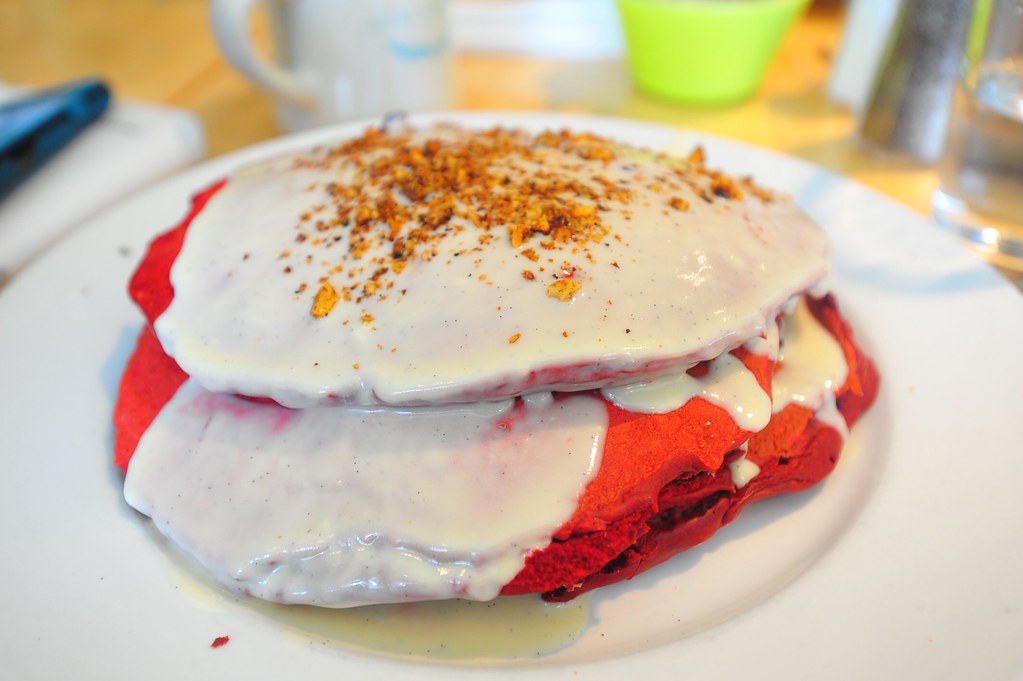 Afterwards, we headed back up to the original and legendary Garrett popcorn shop on South Jackson: 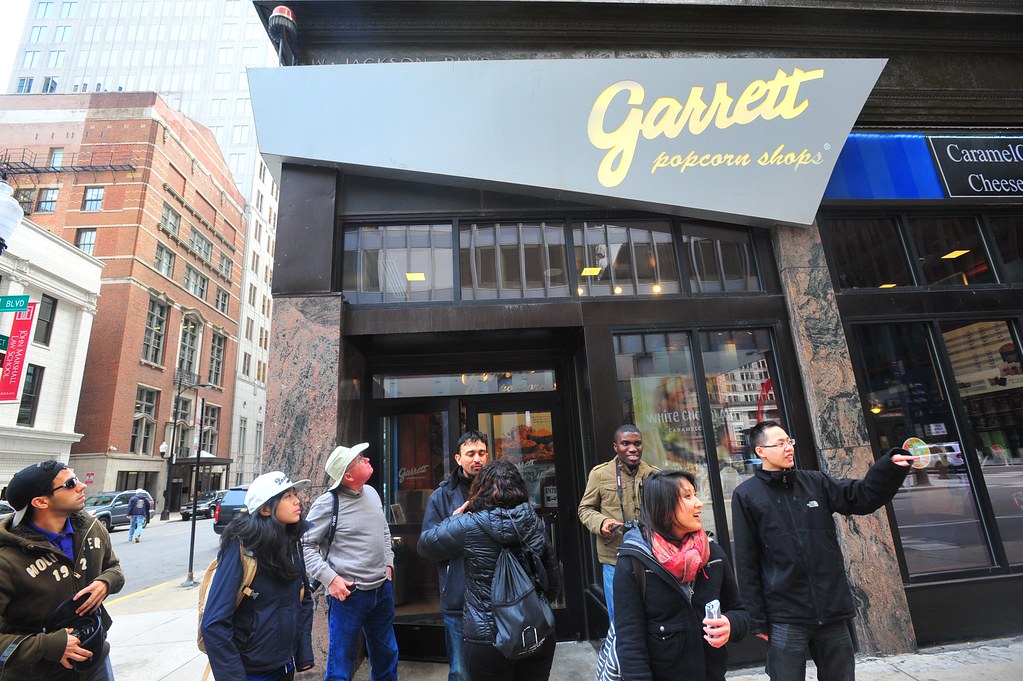 From there we walked 5 minutes westwards to the formerly tallest building in the United States, the Sears/Willis Tower: 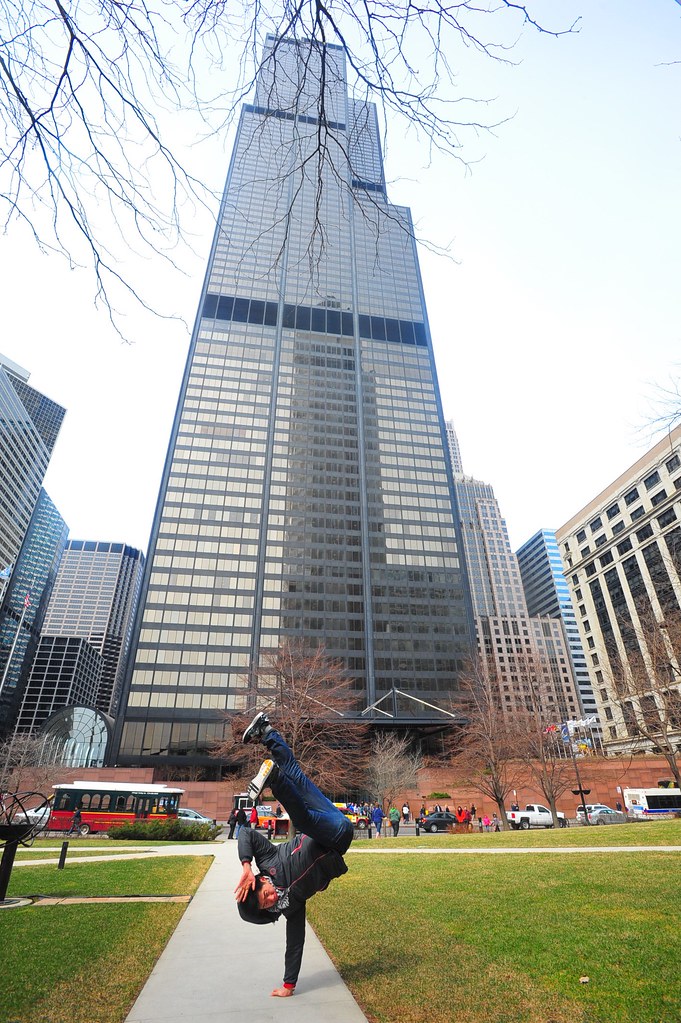 From the Sears Tower we walked north up along the river to Chicago’s redeveloped and photogenic RiverWalk. 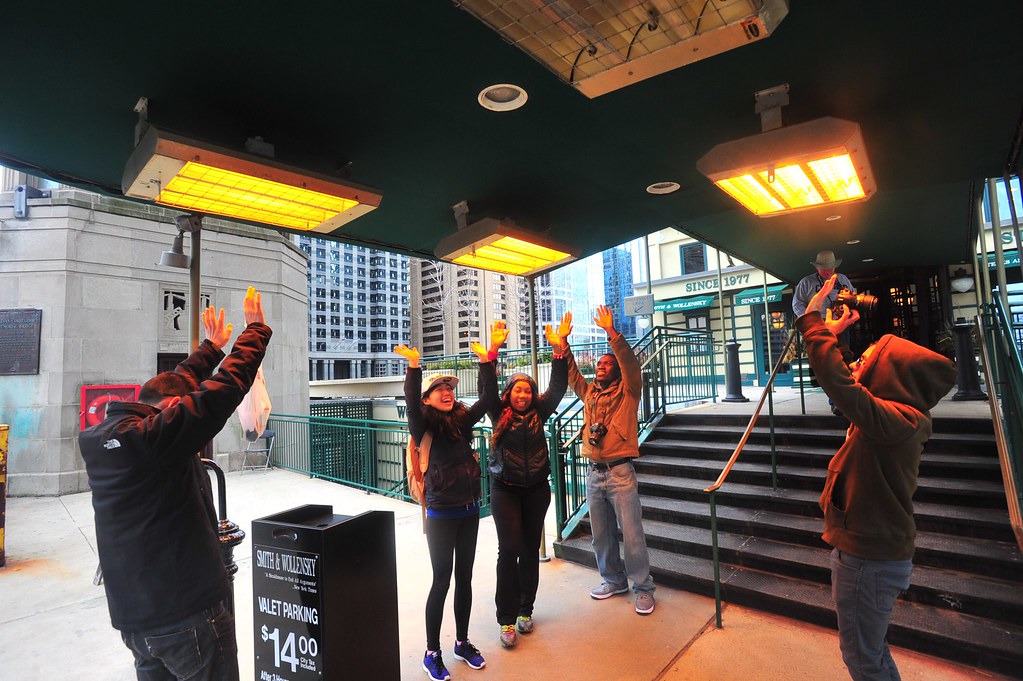 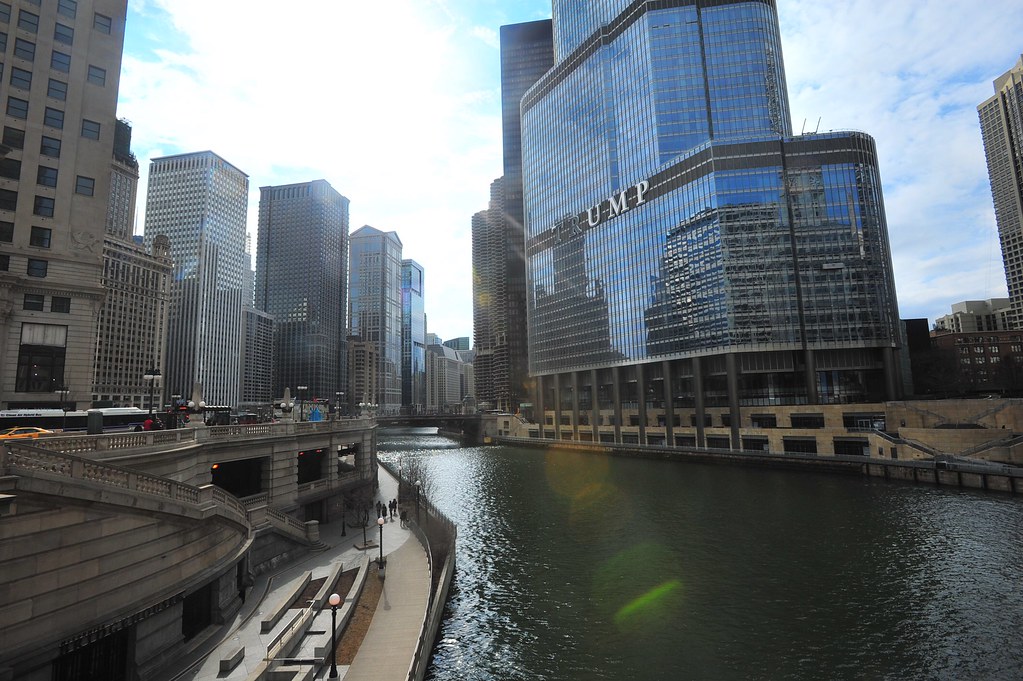 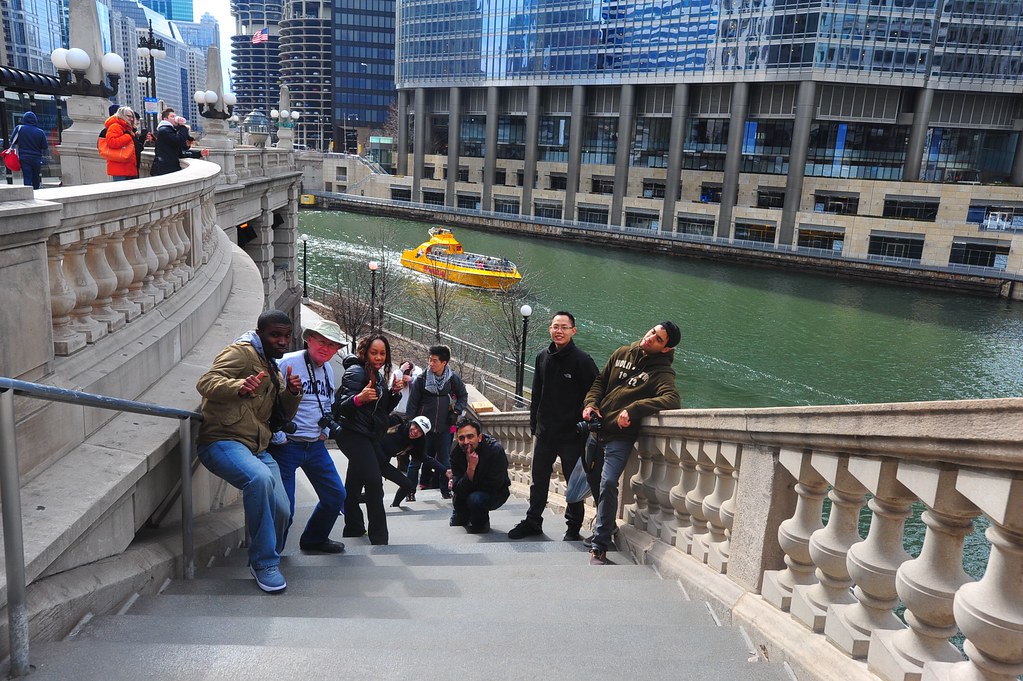 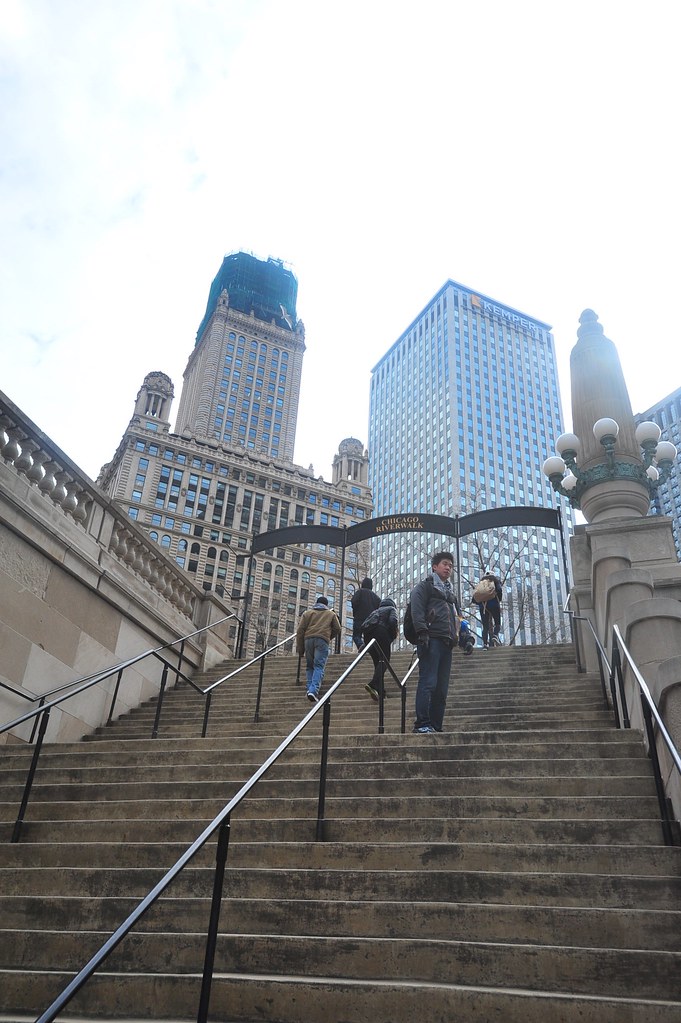 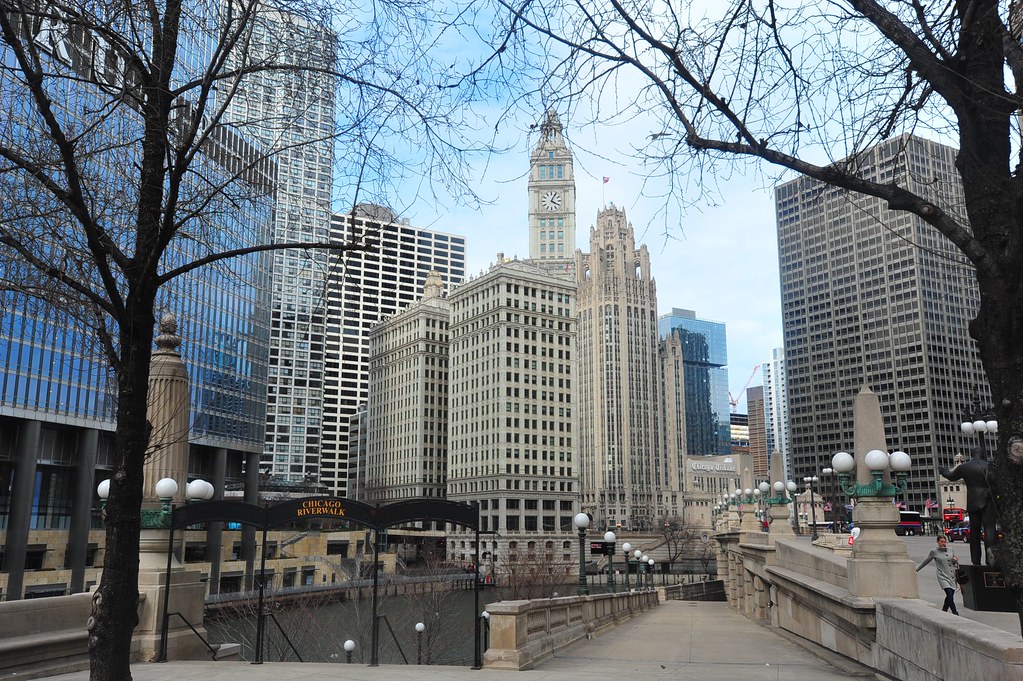 After about 3-4 miles of burning the Bongo Room’s pancakes from our system, we stopped by Portillo’s for their famous sausage and hotdogs. 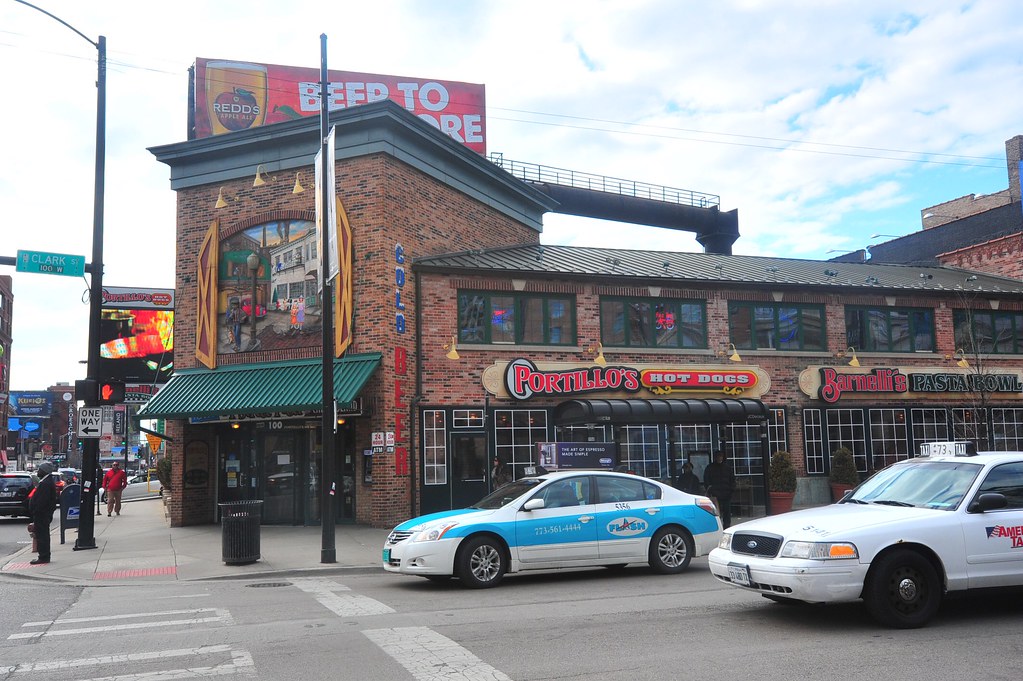 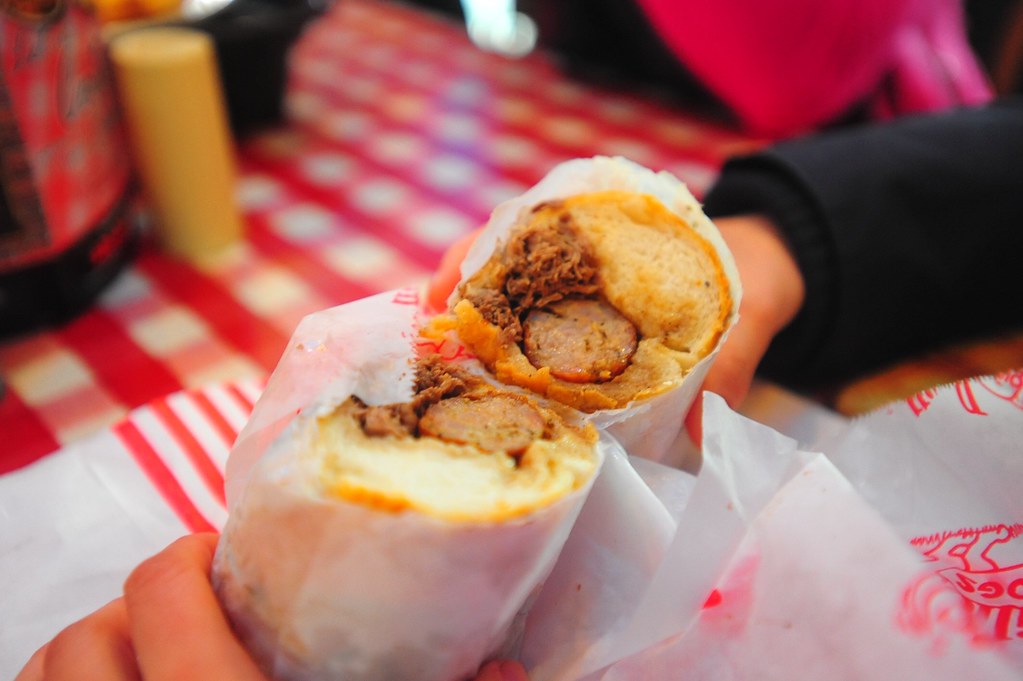 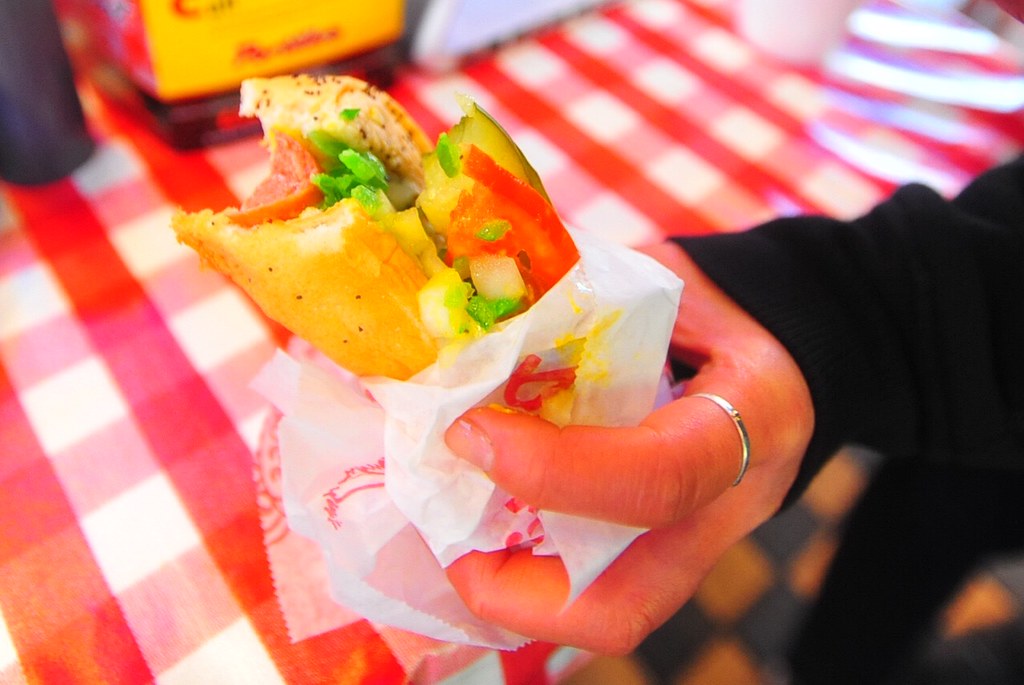 All of this, by the way, wouldn’t have been possible with our dear friend and local Chicagoan, Norman Chen, who provided all the recommendations for the places we’ve seen (and in order!) today. Portillo’s was one of them (along with what to order: “hot dog? Hell no. Get the big combo”). Norman himself then stopped by to meet us at Portillo’s after work to see how we were doing. From that moment on, I let him take over (I’ve never been to Chicago before!).

With Norman’s guidance, we walked northeast to complete our day at the Signature Lounge, located on the 96th floor of the John Hancock Tower (the 2nd tallest in Chicago). There, we ordered a few drinks and watched the sun set over the Chicago skyline. 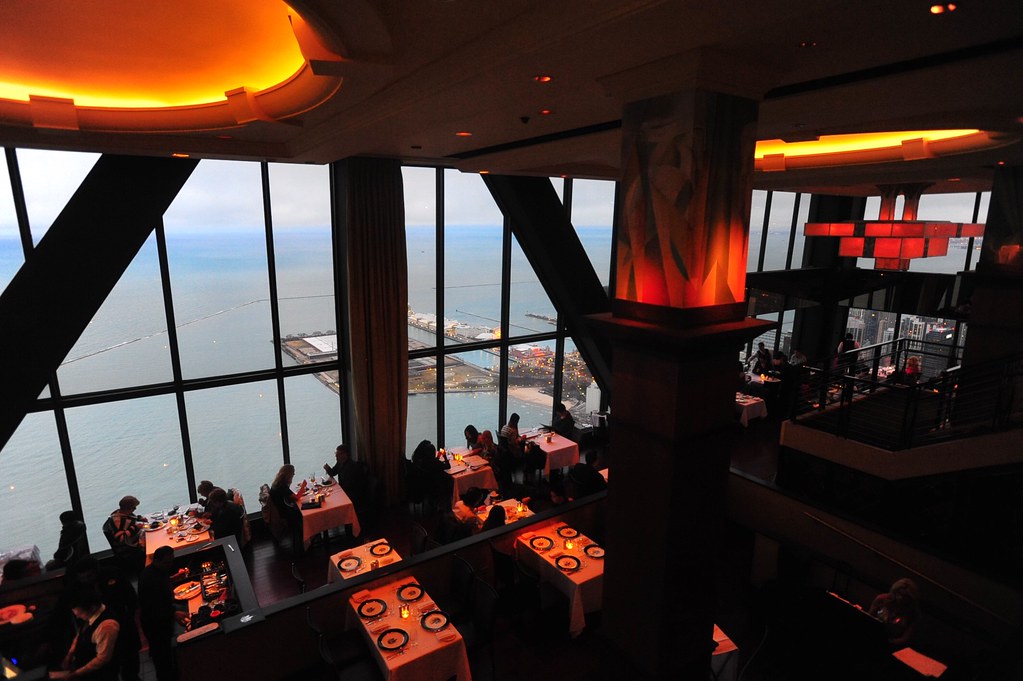 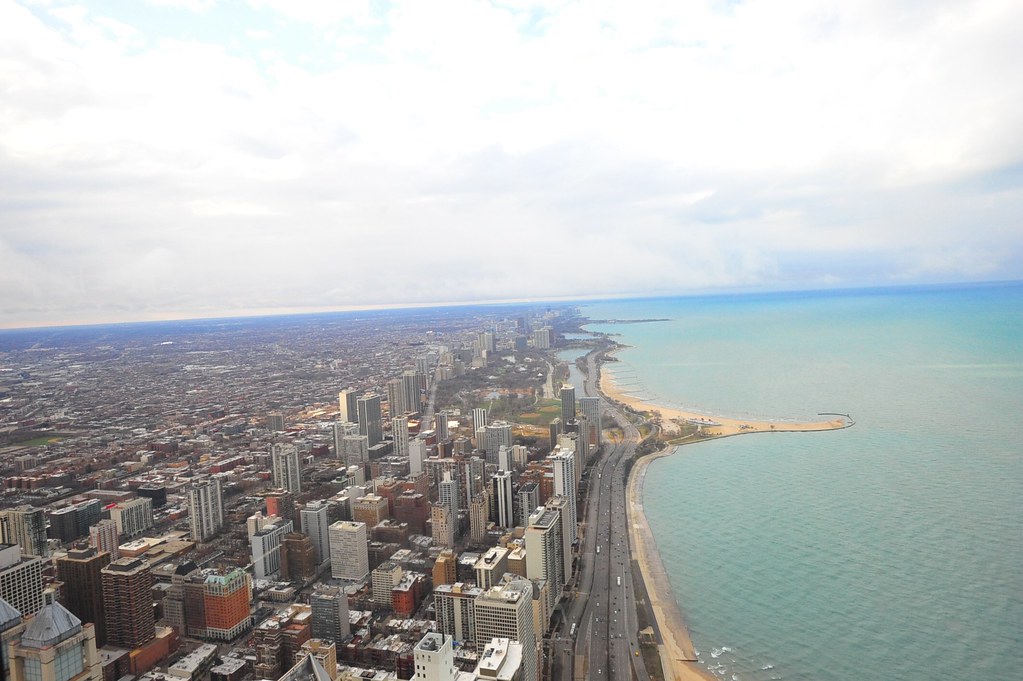 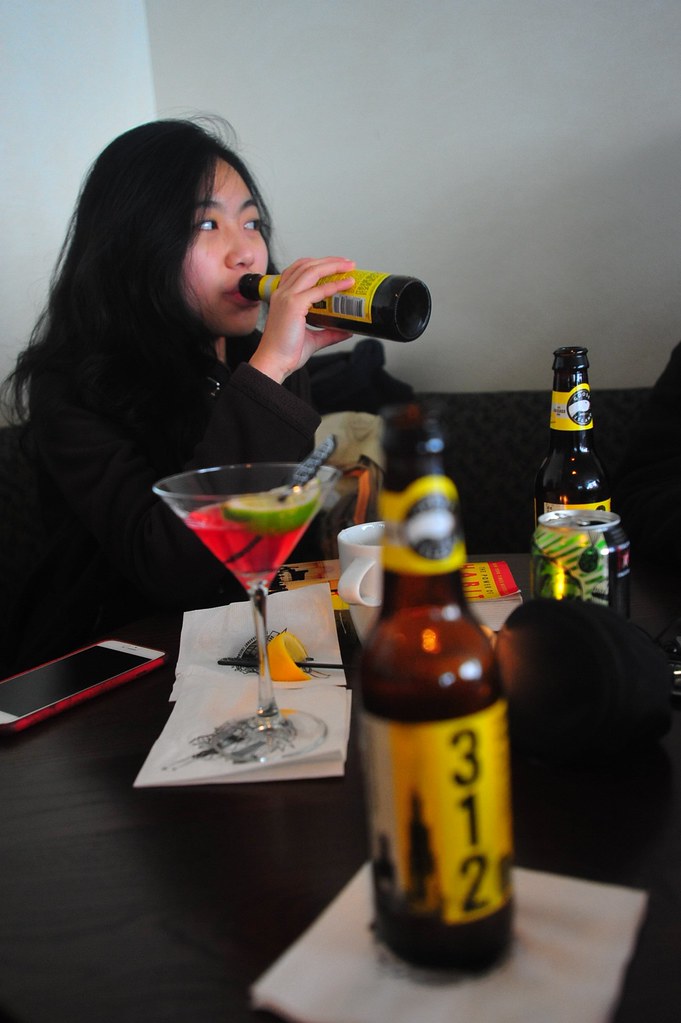 Taken by Jenn Li of Map&Move.Me

Taken by Jenn Li of Map&Move.Me 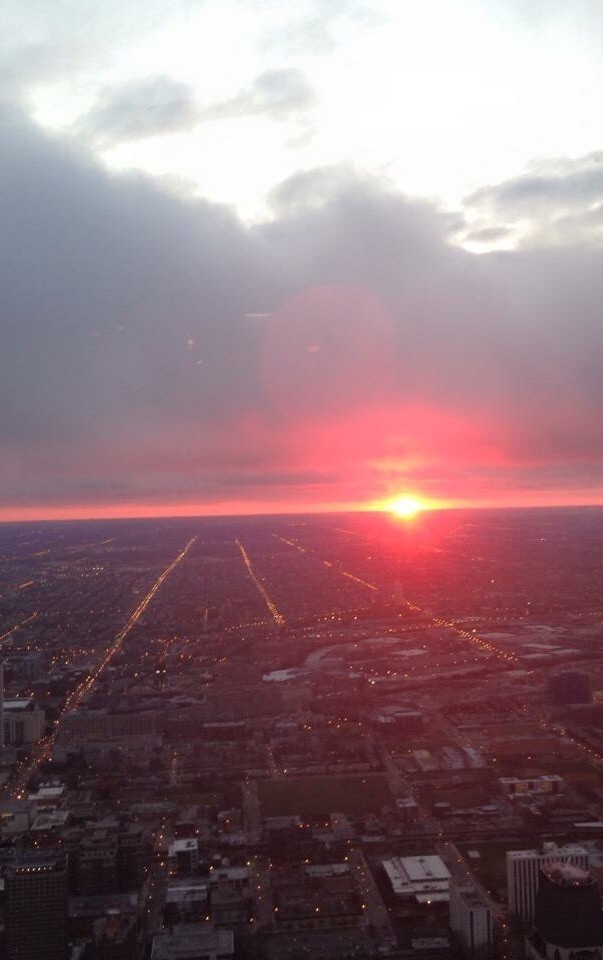 After that I said goodbye to the group as I bolted to hostel to pick up my bags and head back to the airport. There I would catch my 10pm United Airlines flight back to NYC where I would fly in at 2am and begin working my 7am day shift in the ER.

At around 9pm, however, I got a text announcing that my 10pm flight was cancelled due to “not enough crew members to staff the plane.” WTF.

That makes two cancellations in a single day. In all my travels, I never had a flight cancel on me until this morning, and now it was happening twice in a row, on the same day in 2 different states on 2 different airlines. Ironically, I would be rebooked on a 9:50pm American Airlines flight (the same airline had cancelled on me earlier this morning), which got me into Newark Airport at 2am.

I promptly made it to my ER shift at 7am, with a minor sleepless-associated headache. I am now to work for 2 days in the ER before rejoining the group wherever they are on Monday. 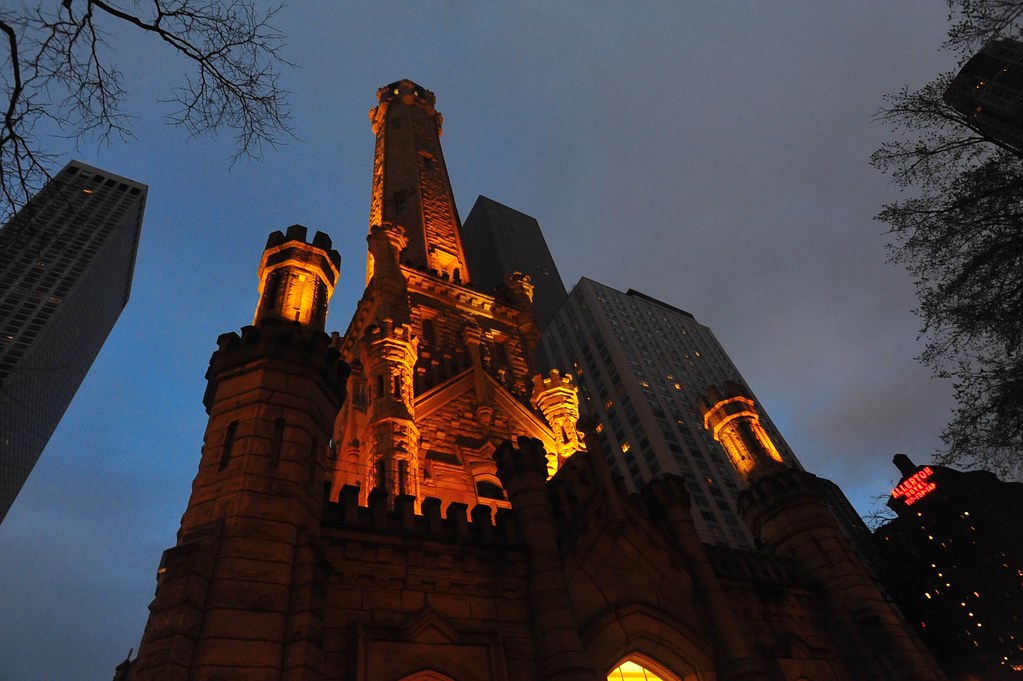 The group would quickly forget about me and go on to eat classic Chicago deep dish pizza without me. Jerks.

But thanks for showing them everywhere and everything, Norman. This day wouldn’t have been possible without you.

Norman second from the right. Photo taken by Kelvin Sage