We landed in Caracas where, thanks to mutual friends, we got ushered to the front of the line and had our passport stamps processed for us fairly quickly in the Diplomats section. 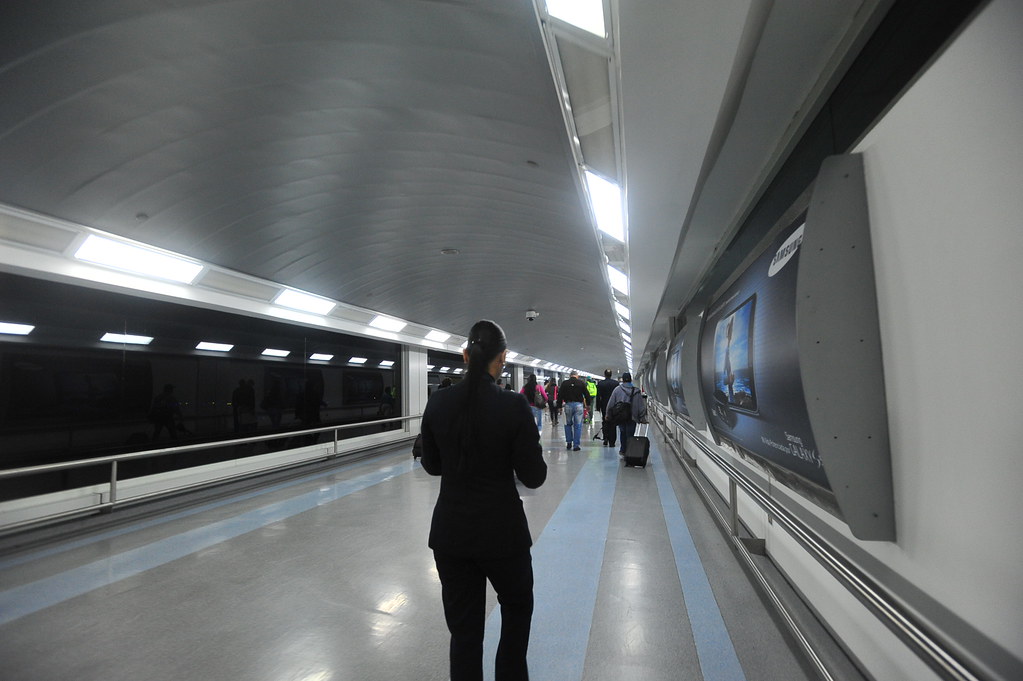 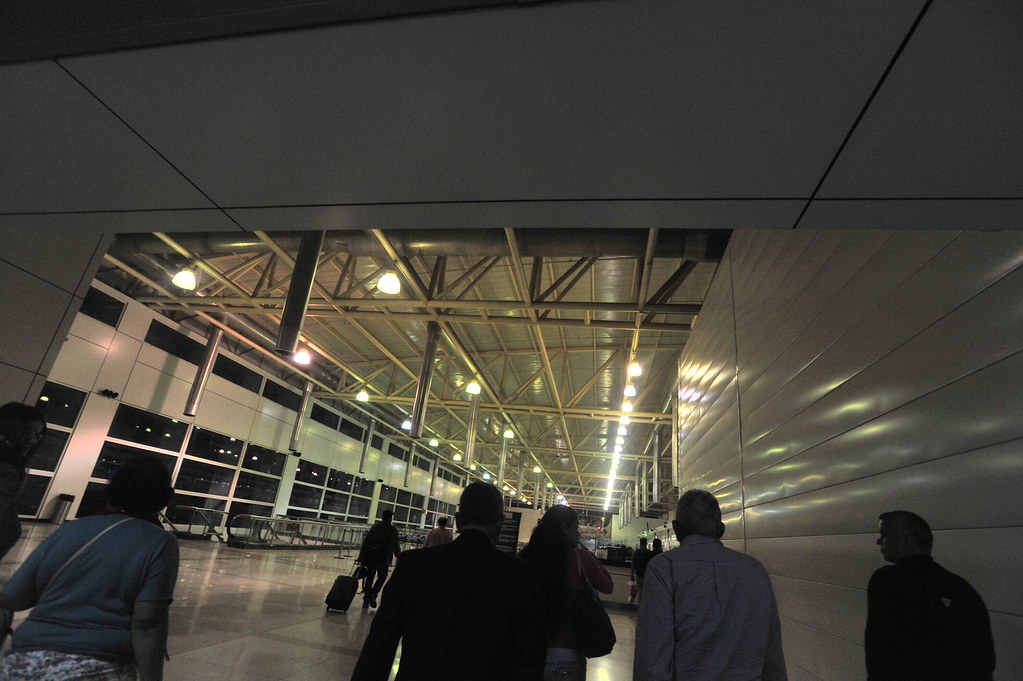 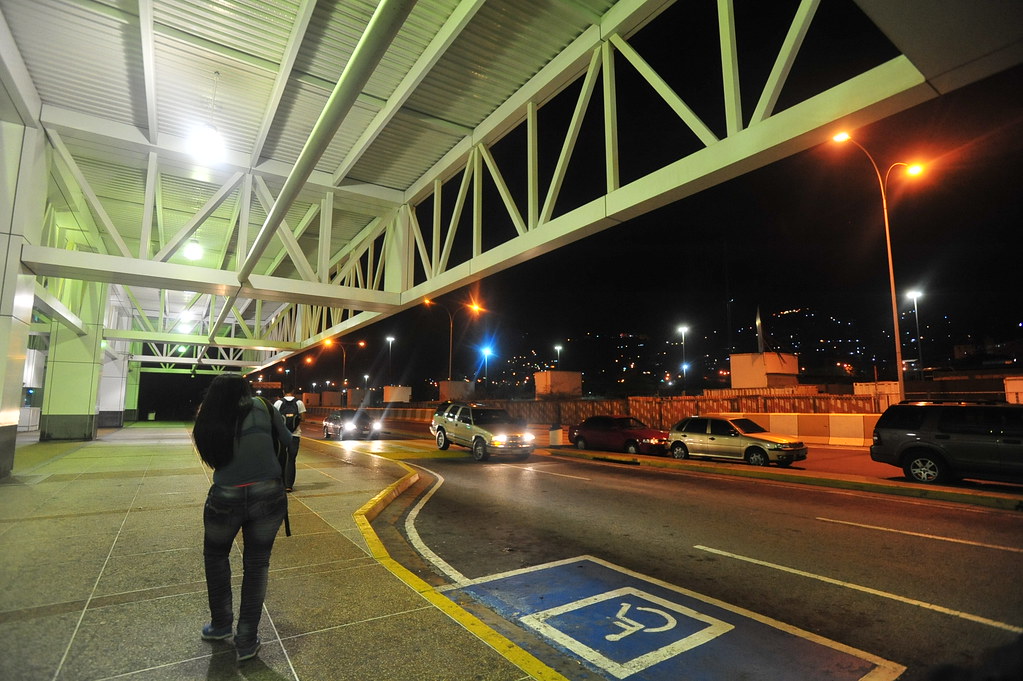 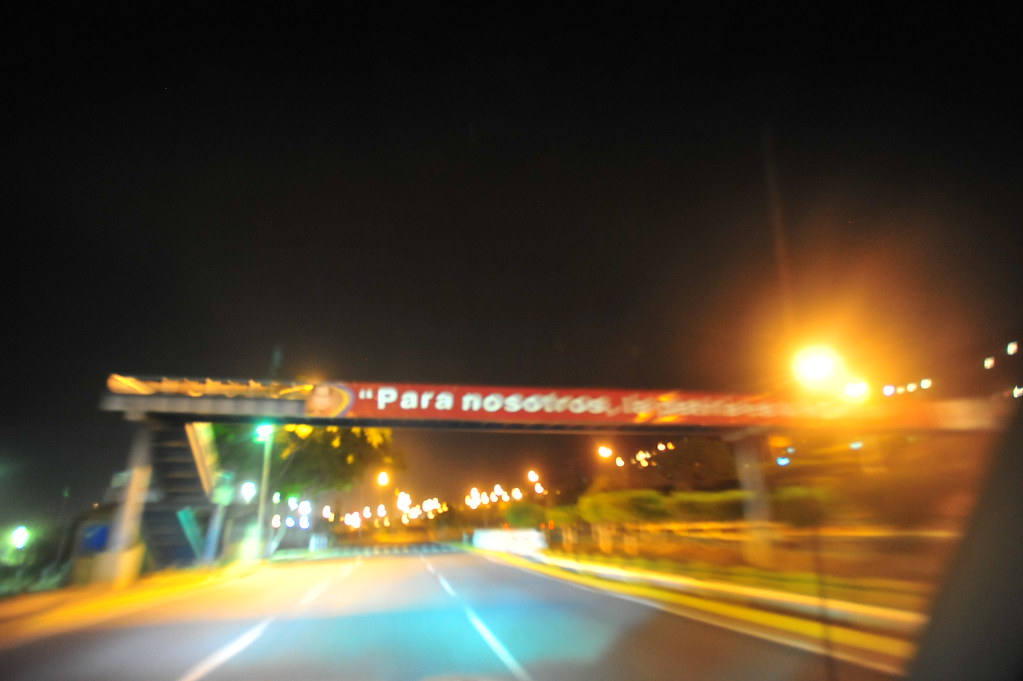 We then took a car into the city where we hung out for a few hours before getting on our overnight bus to Ciudad Bolivar to reunite with the rest of the group, who already have explored Caracas the last 3 days. Thanks to guest contributor Lei Zhao, we have his firsthand account of Caracas below. . . .

Prior to departing for this trip, I had gotten all sorts of warnings about Venezuela and how dangerous Caracas was. I also came with my preconceived notions of what this country would be like. I wasn’t all that excited about the Caracas leg of the trip, to be honest, but three days in the city gave me a small glimpse onto Venezuelan society that I wouldn’t have experienced had I bypassed this city of 8 million.

One of the first things that struck me about Caracas was the abundance of public murals that are scattered throughout the city. The majority of these unsurprisingly extolled the virtues of the Chavez regime, or were attacks against the United States and other “imperialist” influences.

In solidarity with Palestine

They're not fans of the US right now

A common phrase was “Obama, deroga el decreto!” – Obama, repeal the decree! – in reference to the recent executive order from the White House that labeled Venezuela as a national security threat. This is a procedural step to implementing a raft of economic sanctions.

Plaza Bolivar in the heart of El Silencio, one of the main downtown areas of Caracas. You can see Maduro addressing a conference of leaders from the Americas - this was being broadcast live to an audience in the square

Our guide, the affable “Yesman”, and a self-avowed “critical Chavista”, informed us that there was a fairly sharp divide in Caracas between western and eastern districts. The western parts of the city are predominated by impoverished barrios, where houses are constructed on top of each other in defiance of the local geography. This is revolutionary, “Chavista territory,” as Yesman explained it.

Some of the barrios around Caracas

A colorful barrio with a water tower bearing Chavez's image - standing vigil over the community. "Chavez eyes", literally stencils of his eyes can be found painted on high standing objects across Venezuela, creepy, just a bit?

Caracas is flanked on the north by a chain of coastal mountains, which have been preserved as a park

In fact, Chavez’s final resting place lies in the heart of one of these barrios, atop the Cuartel del Montaña, a fortress from which Chaveze attempted an abortive coup in the early 1990s that led to his arrest and imprisonment. His legacy runs strong in these parts.

Yesman explained that for these barrio dwellers, Chavez was a god-send, pouring money into improving basic infrastructure and housing. According to him, before Chavez, entire poorly constructed neighborhoods could be washed away by mudslides each rainy season.

The tomb of the late Comandante Chavez

The outside of the Cuartel del Montana

An actual roadside shrine to Chavez near the Cuartel

The eastern district of Altamira stands in contrast to these rolling hills of colorful brick barrios. You can see office towers branded with Xerox, HP, and the like in and around Plaza Altamira. It was here that the administration predating Chavez had aspired to build a new vision of Caracas for the 21st century. It is this neighborhood that also saw the bloodiest protests against the Chavez regime in 2012. My understanding is that these are the people whose wealth was redistributed by Chavez, or as Yesman calls them, “rich kids who want to start trouble”.

A makeshift memorial still stands in honor of those who perished in the violence of the protests.

The Virgin Mary watching over images of the dead

Caracas, as a modern city of 8 million people, shares some commonalities with New York. It has the feel of bustling metropolis, pulsating with the aspirational energy of average citizens hustling to make a living. However, it is noticeably dingier, poorer, and less organized – a high-rise core nestled amidst an agglomeration of unplanned barrios – and in these respects it bears a much closer resemblance with any number of developing world capitals.

It was an intriguing place to visit, as one wonders if its potential would be better fulfilled with or without the influence of the Chavista socialist experiment.

Orange juice, made in socialism. Admittedly a bit watered down...

And to end the post, some delicious chorizo arepa