One Day In Trinidad & Tobago

What ended up was that I not only saved 25 euros by choosing the shared shuttle, I was also the only passenger, essentially a private taxi anyway. The only downside is that even though the journey took 45 minutes without traffic, I arrived at the airport 4 hours before departure, and 2 hours before I could check in.

I never seen an international airport of a capital city that was literally shut down (ie. no staff, no activity, utter ghost town). 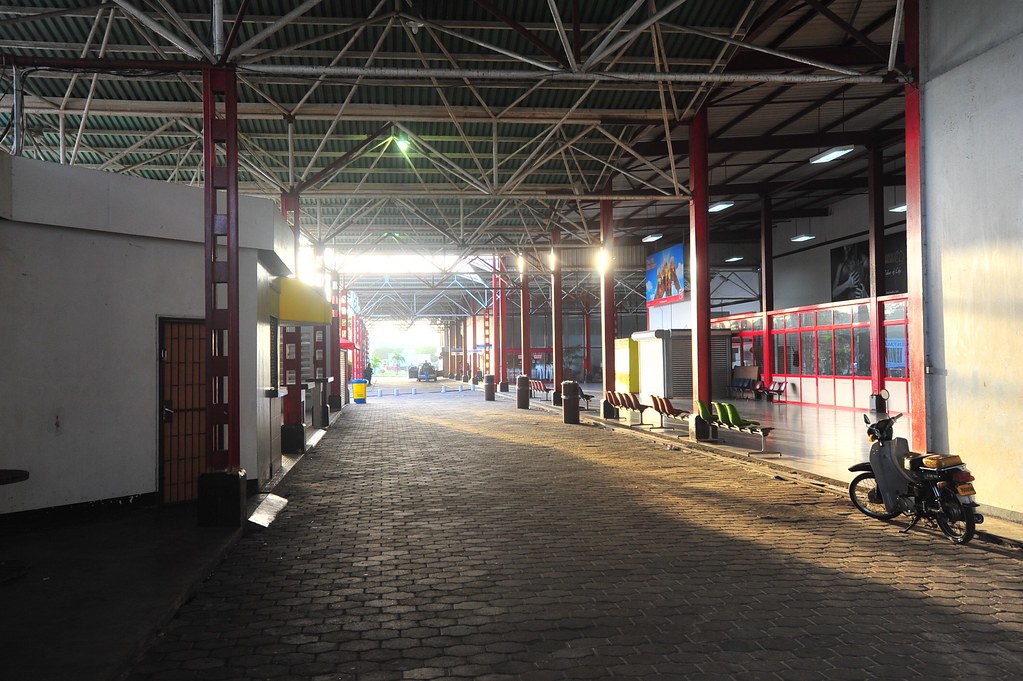 Luckily after you check-in and go past security, they have ample electrical plugs (and USB ports) and the fastest reliable wifi I have yet experienced on this trip. And they only have one gate.

Once arriving in Port of Spain, Trinidad and Tobago, I quickly dashed out of the plane to be first in line as I was informed by my friends that passport control and customs can boast excruciatingly long wait times if you’re not near the front of the line. 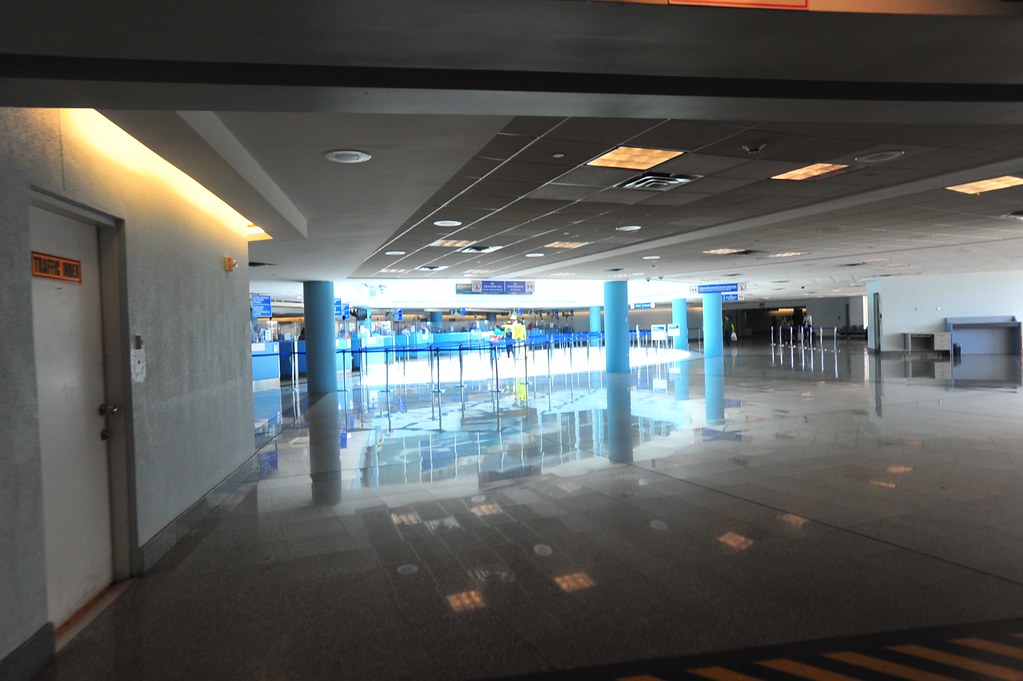 After getting out of the airport, I hired a cab driver for the day to take me on a quick city tour of Port of Spain before returning for my flight back to NYC. I had about 4-5 hours.

The official rates are $30 USD each way to and from the city. With the added wait time and tip for the driver, it ended up costing me $80 USD for the whole day. 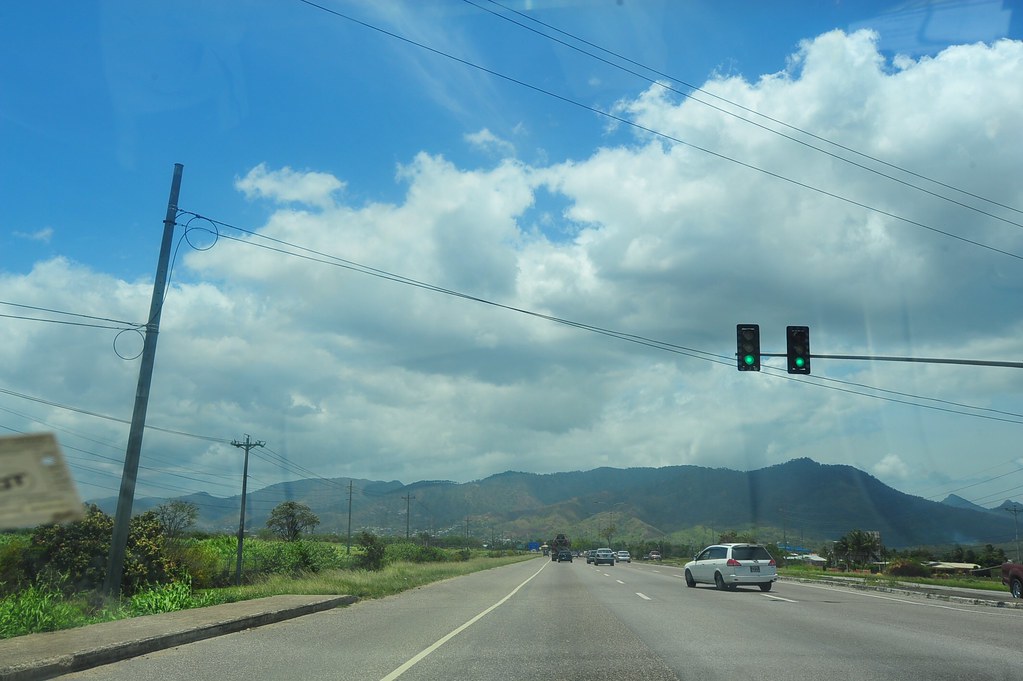 Heading into Port of Spain

So off we went, and we first stopped by the Lady Young Road lookout point that oversees the entire city. 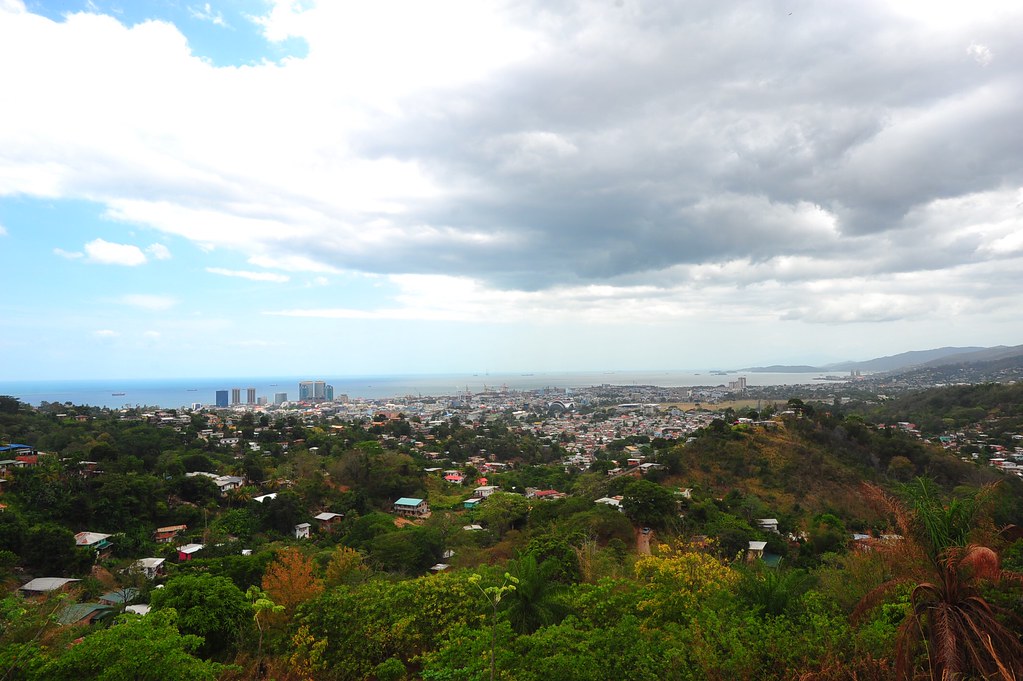 We then stopped by the National Academy for Performing Arts, a controversial structure commissioned by the previous government administration to be built by the Chinese in exchange for an exorbitant amount of money and partial rights to the country’s salt.

Accusations of corruption surrounded the construction of this building, with many being upset that so much money would be used for a place that was only going to be used a handful times a year by a fraction of the nation’s wealthy elite instead of something that would have been more useful, like a highway or public transportation system. 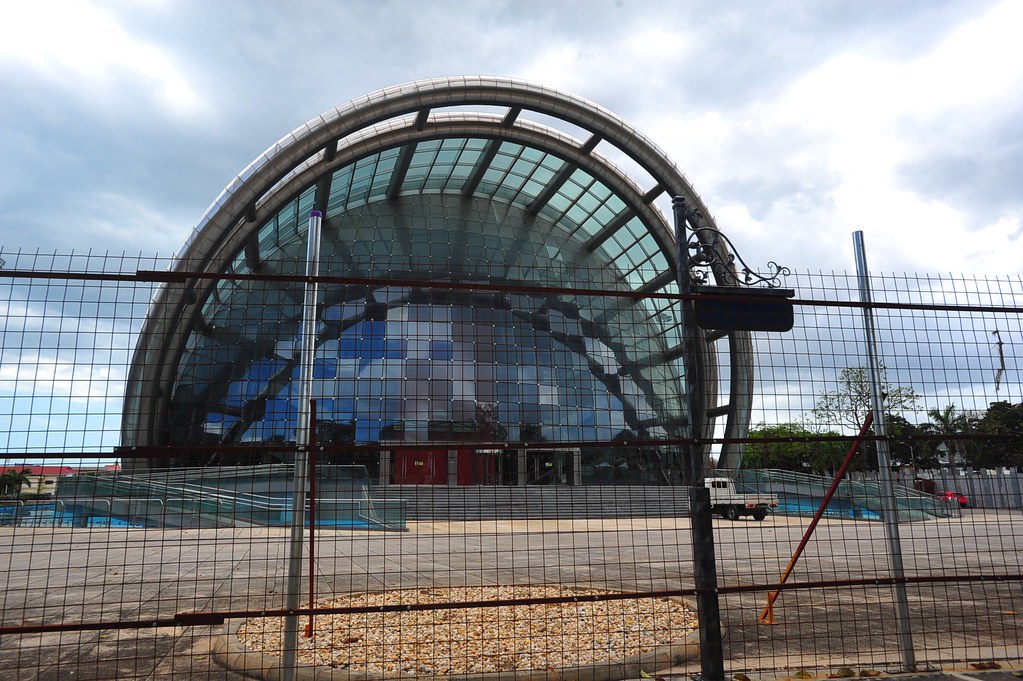 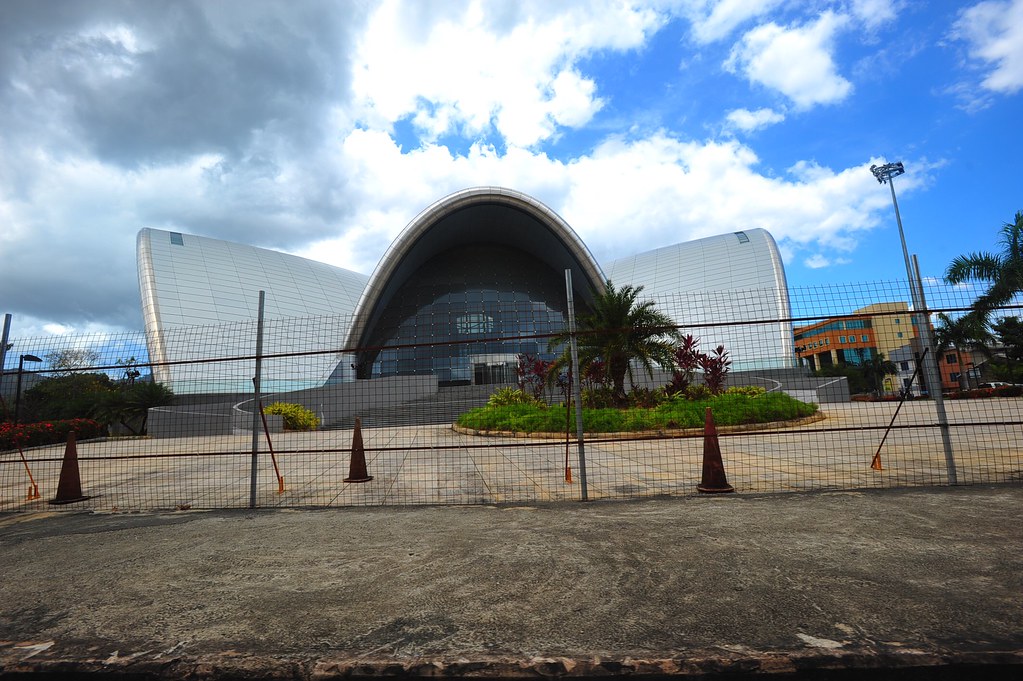 We then drove around Queen’s Savannah, a central “park” where the public gathers for informal cricket games during the dry season (which is now) and soccer matches during the wet season.

Lining across the park are a series of old colonial buildings, known as “The Maginificent Seven”, that are currently (still) being restored. 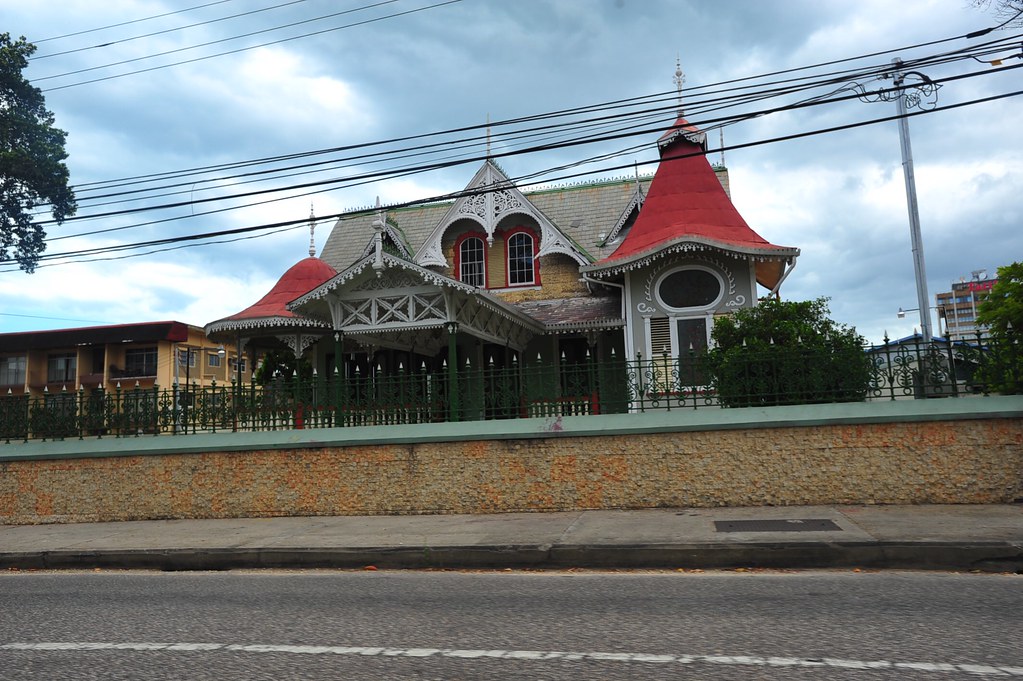 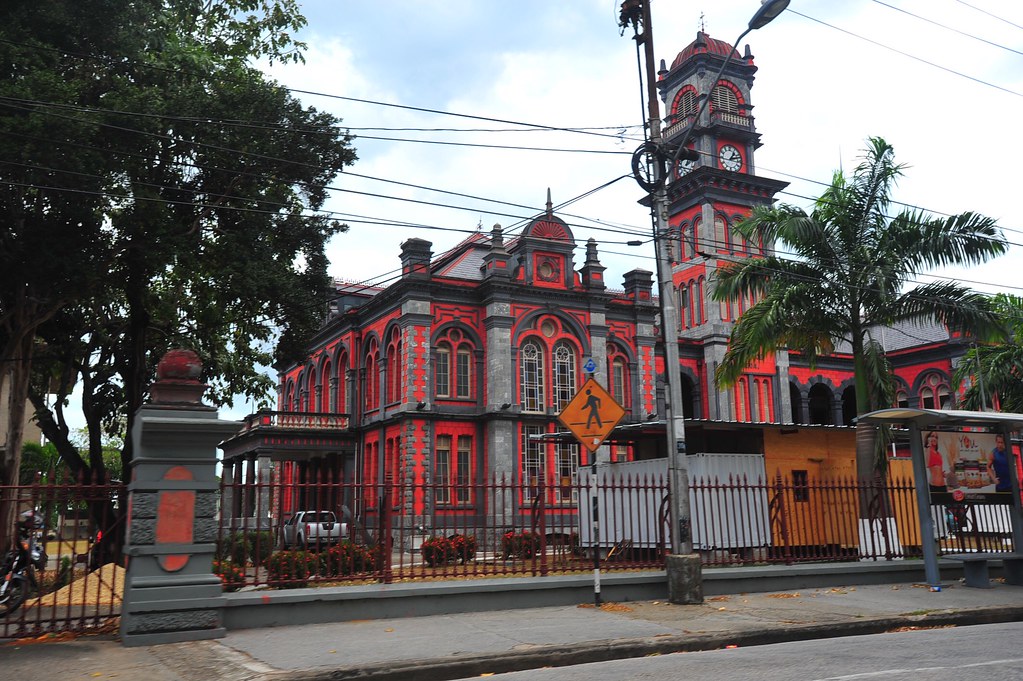 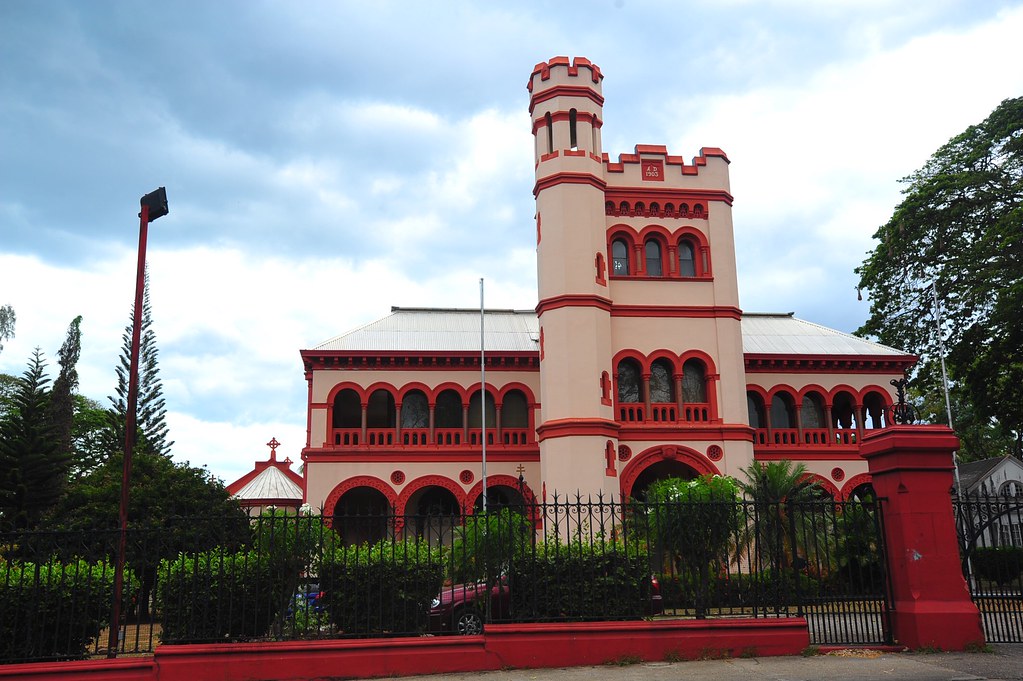 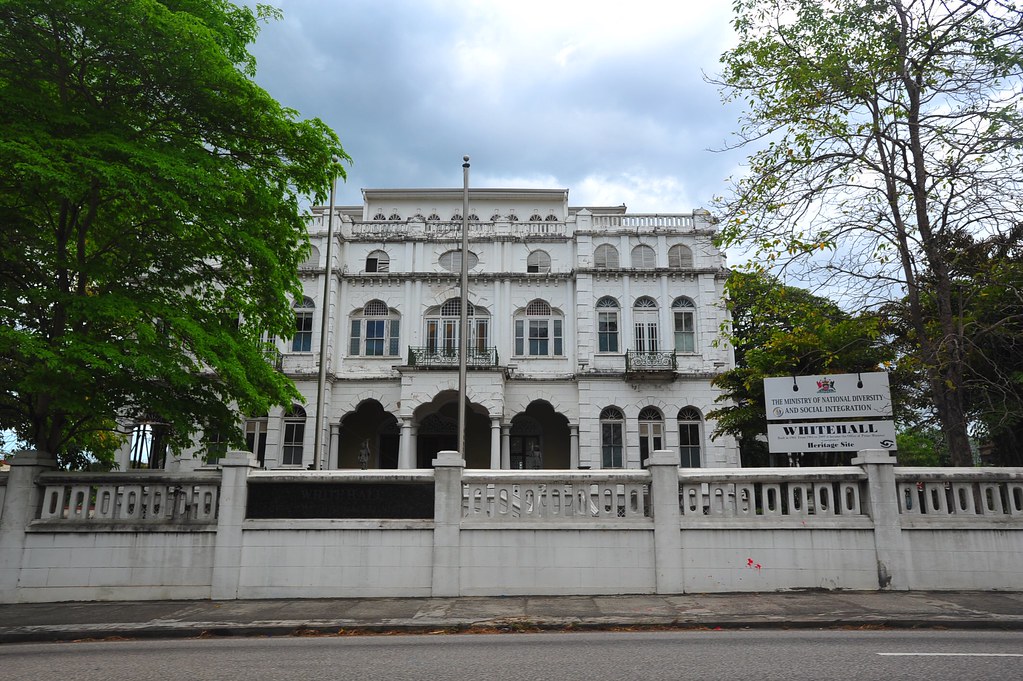 Whitehall: The current residence of the Prime Minister 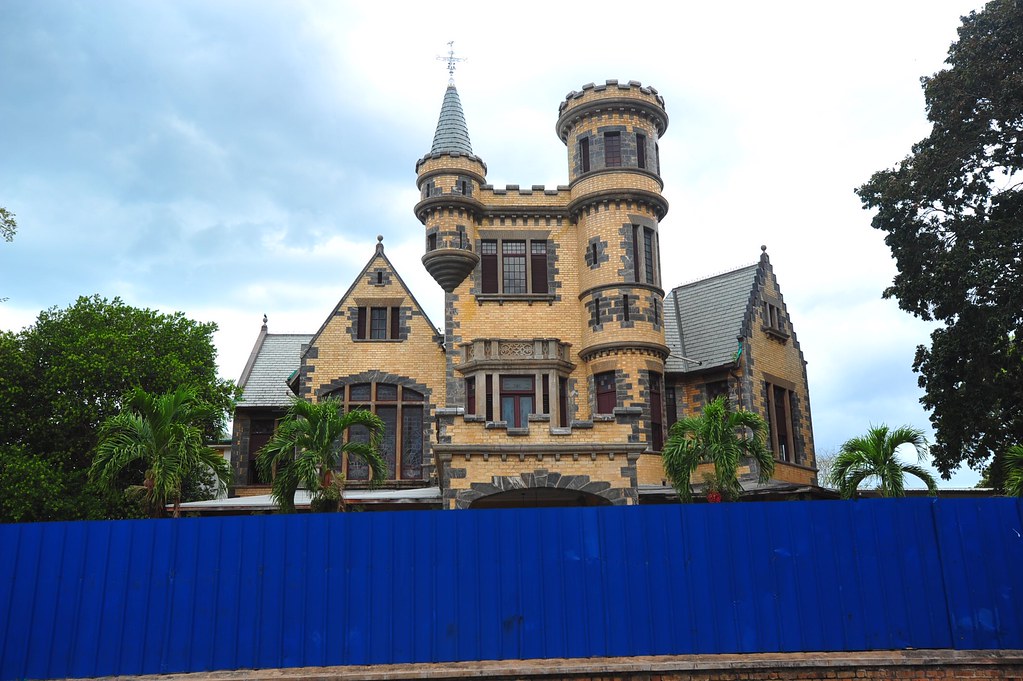 We then headed towards the International Waterfront Center, a major development area aimed to revitalize the city’s waterfront by building more skyscrapers.

This is the only part of the waterfront that can be accessed by the general public. 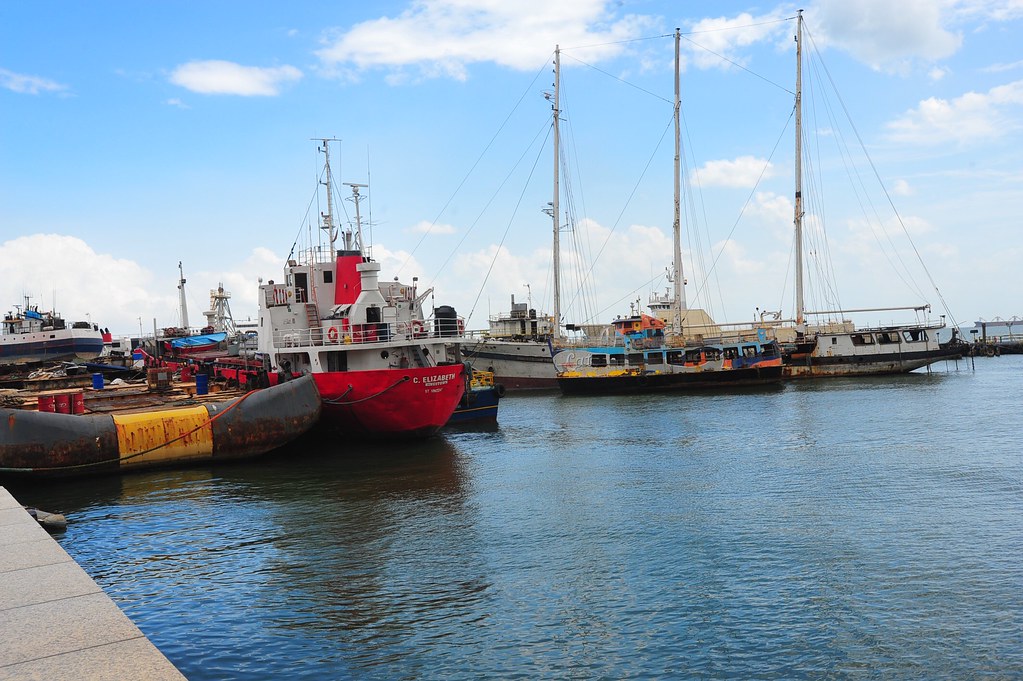 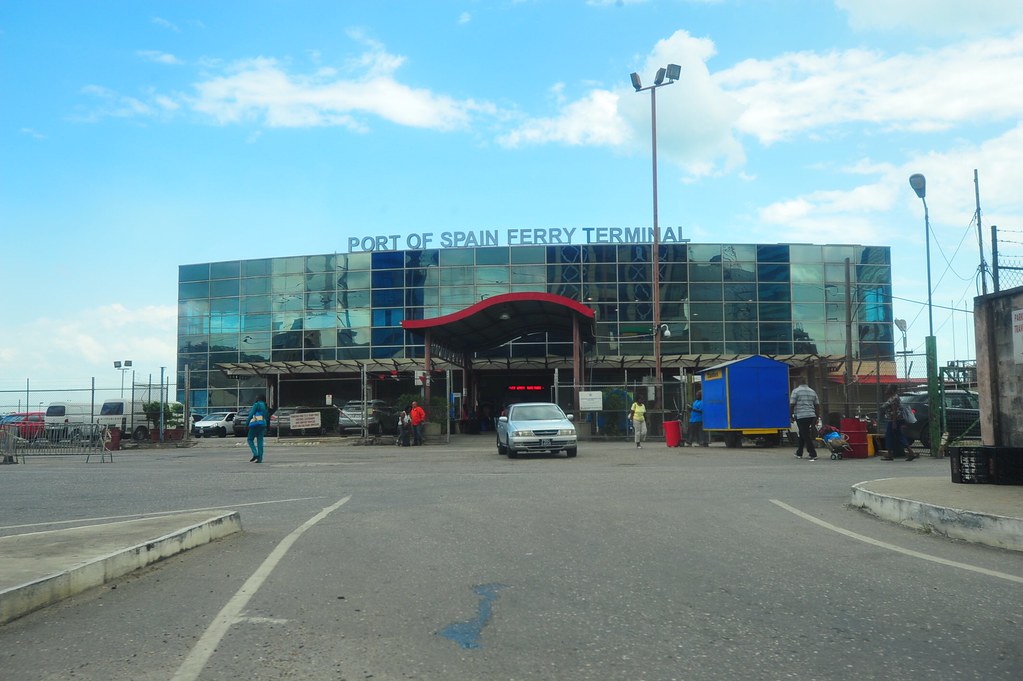 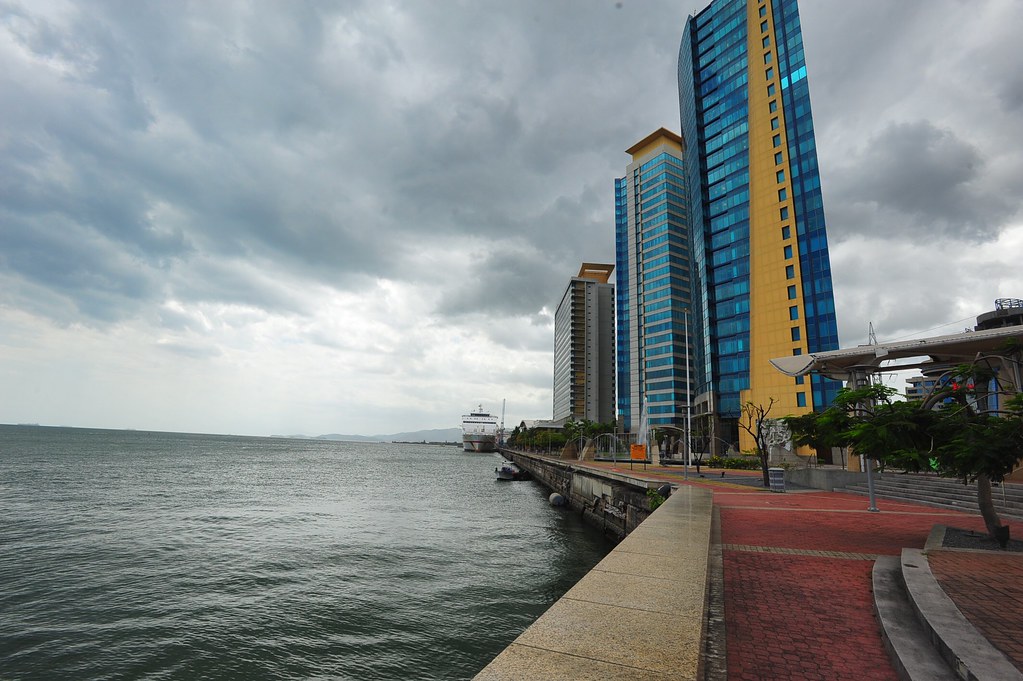 We then headed back to the airport, but not before I grabbed some local food, one of which is famously known as “Doubles”, a local flour and chick peas delicacy. 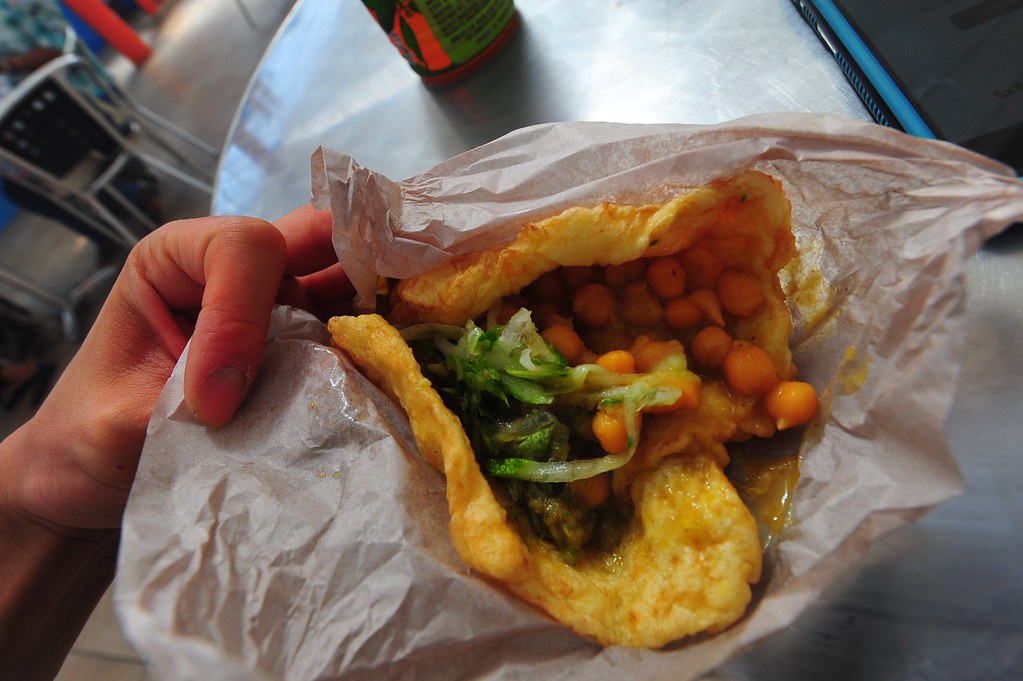 There’s also a drink called Mauby, a sweet “fruit” drink which is not really made of fruit but tree bark. It had the most unique aftertaste out of anything I’ve ever tried in recent memory. 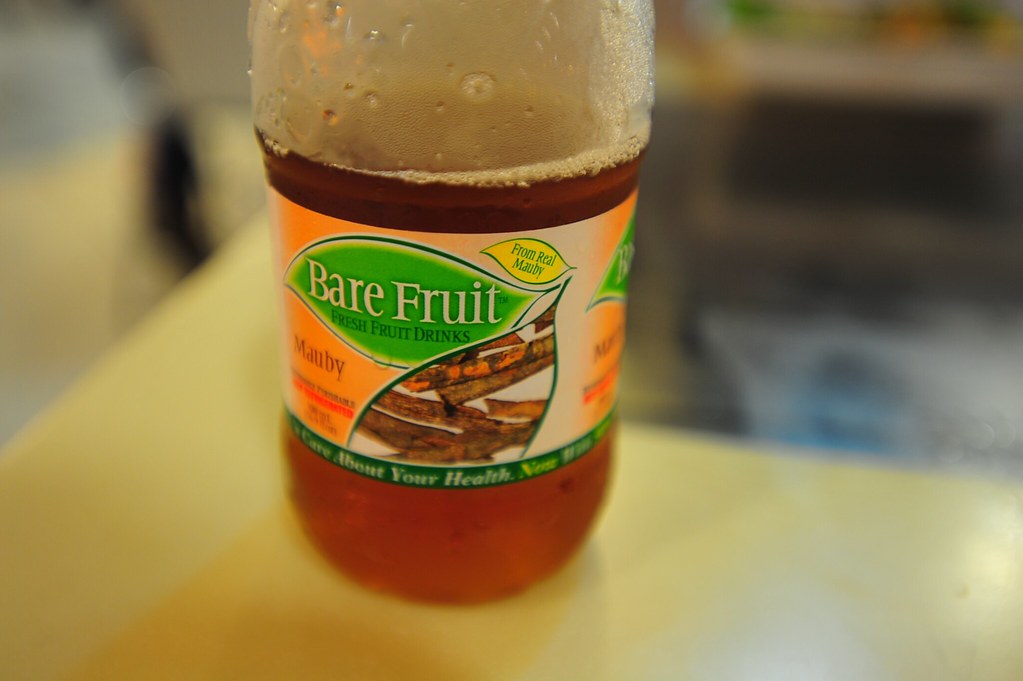 You can get both right outside of the airport if you’re in a hurry. 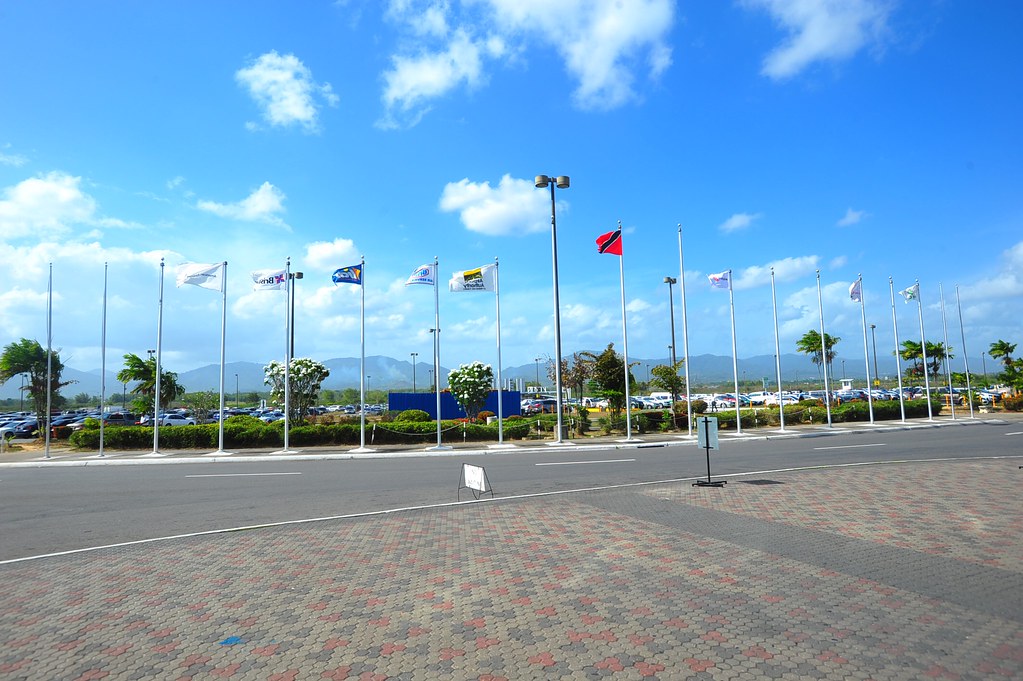 Although my cab driver was quite friendly, he was listening to the Grenada Cricket match the whole time between England and West Indies, so I didn’t want to bother him. Ah well, I wish we had gotten to talk more.