From Copenhagen To Oslo By Sea 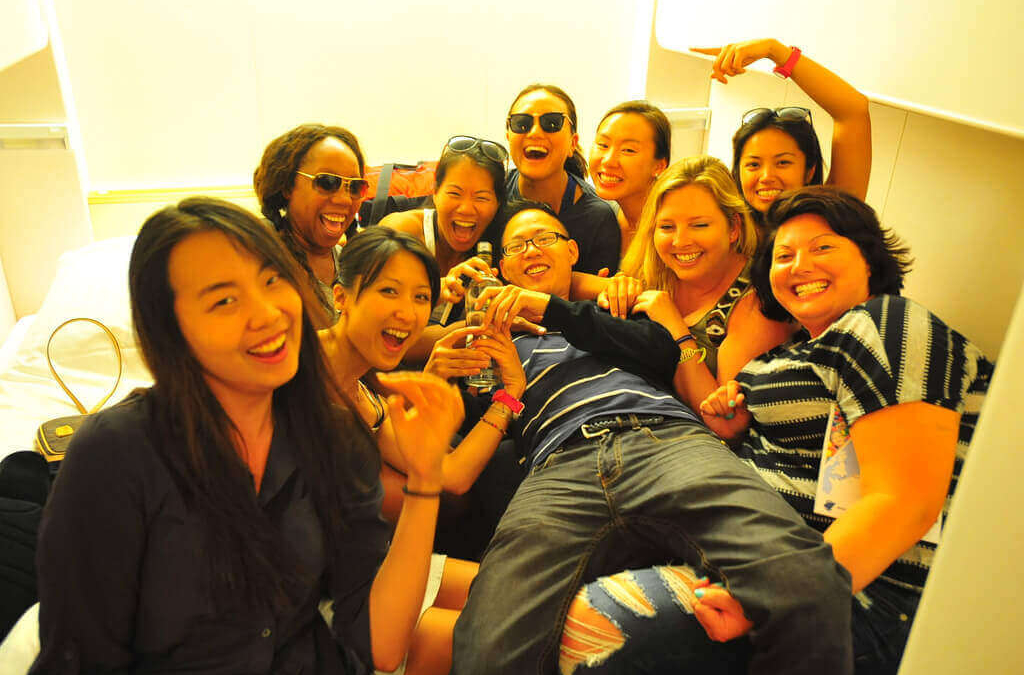 Views from the top of Von Frelsers Kirke 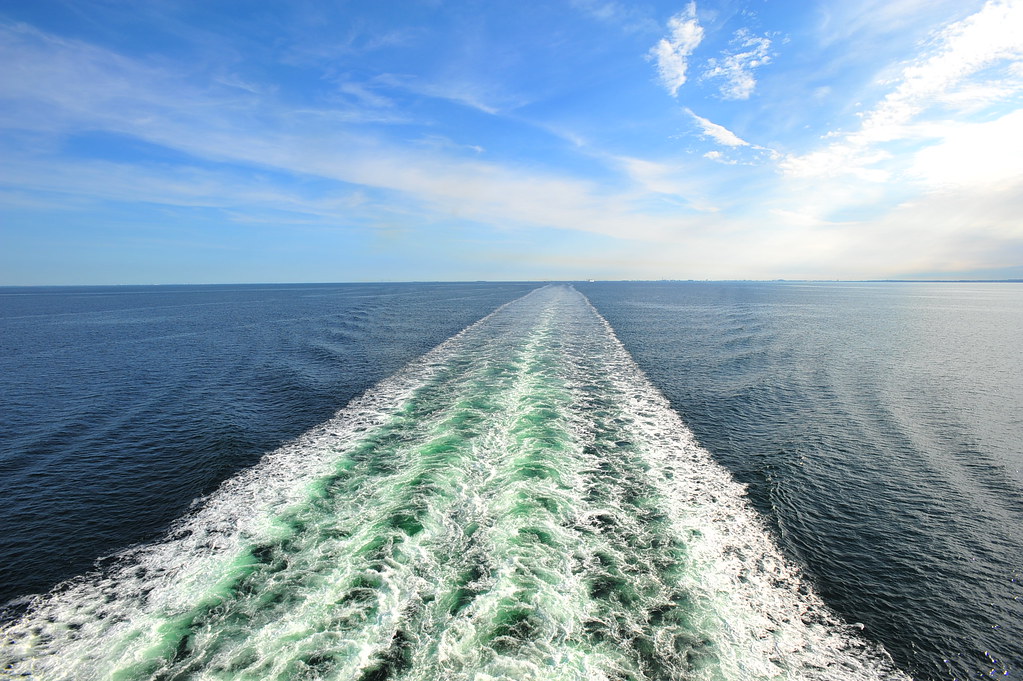 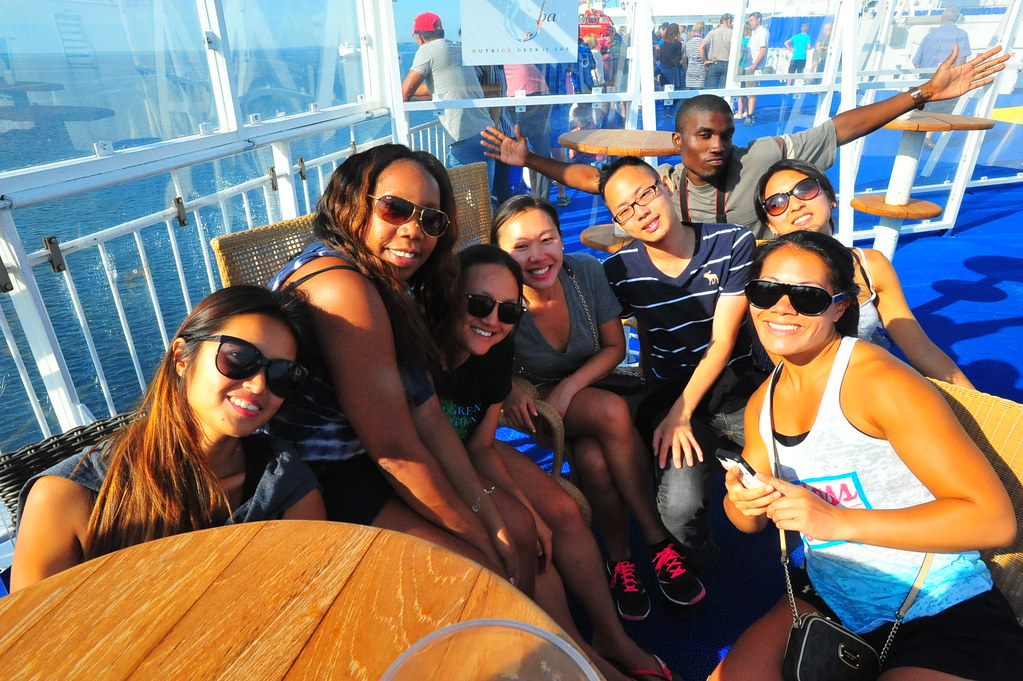 Our 3rd day in Copenhagen led us to the eastern Christianshavn side of the city. Directly across Danhostel is Islands Brygge Havnebadet, an outdoor pool complex in the city’s main canal and a place to see and be seen. Complete with lawns, a diving deck, BBQ facilities and eateries during the summer, it also comes with thermal pools and saunas in the winter. 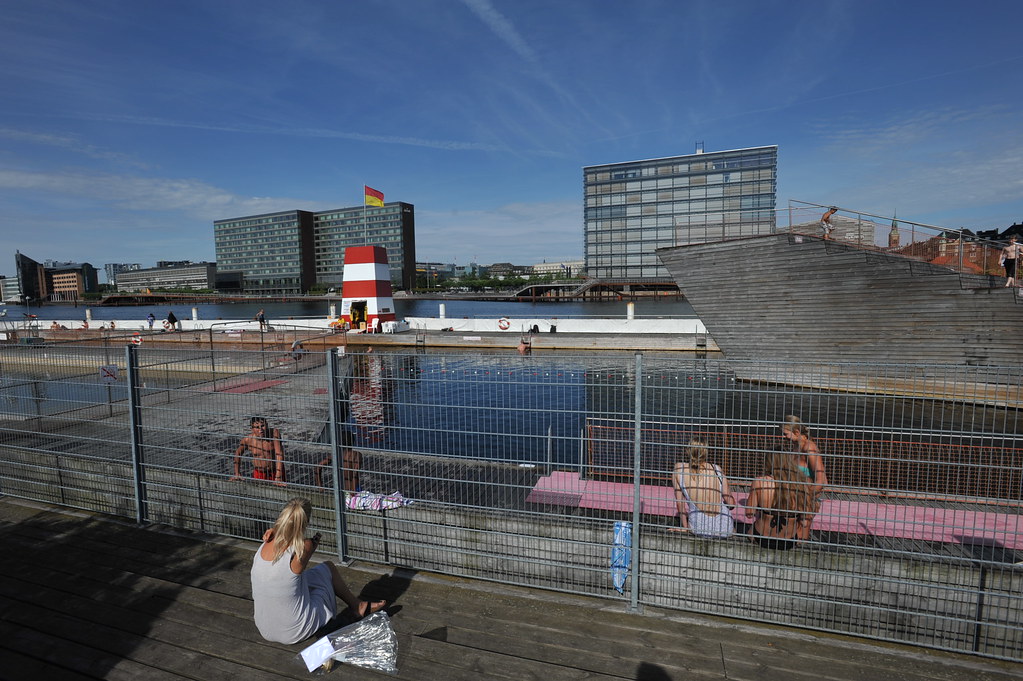 We then headed to Von Frelsers Kirke, a 17th century church famous for its 95m high spiral tower and the 400 steps it takes to get to its golden globe at the top. 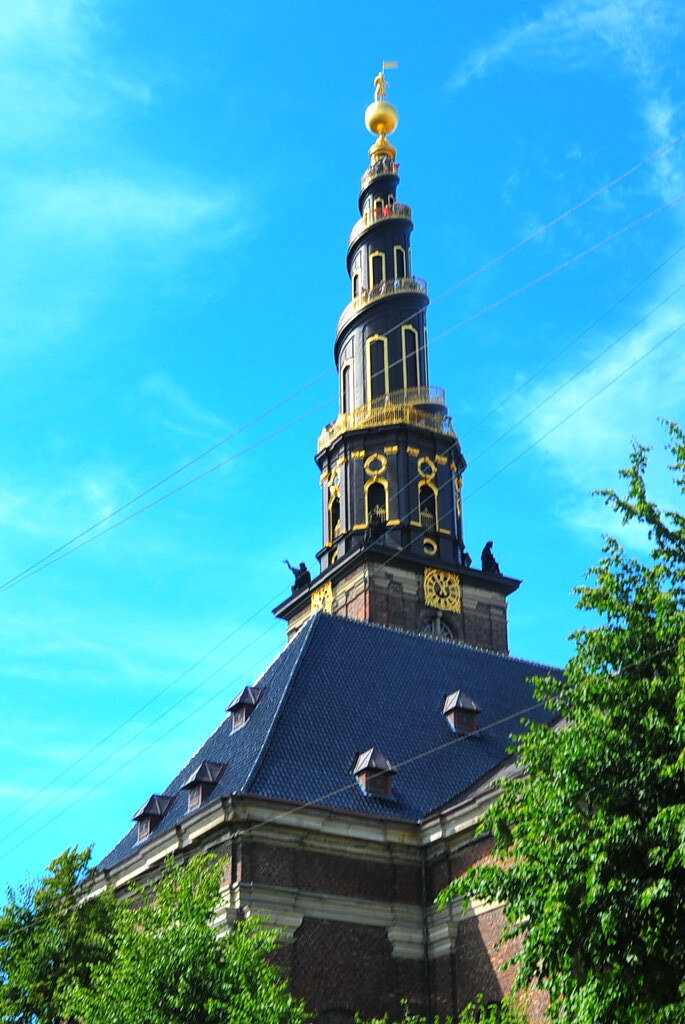 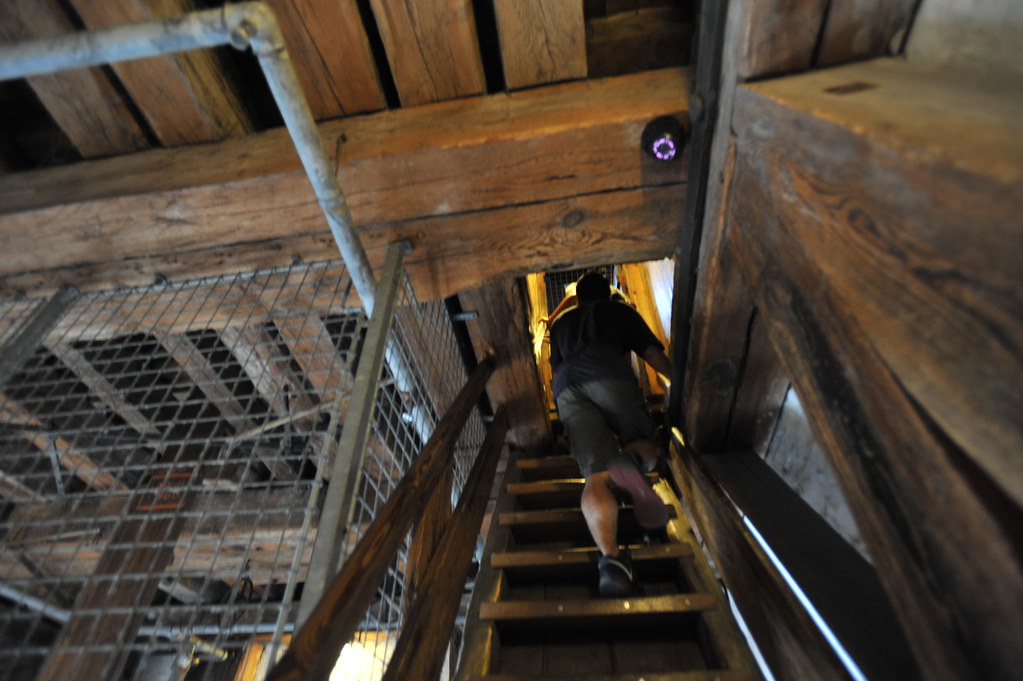 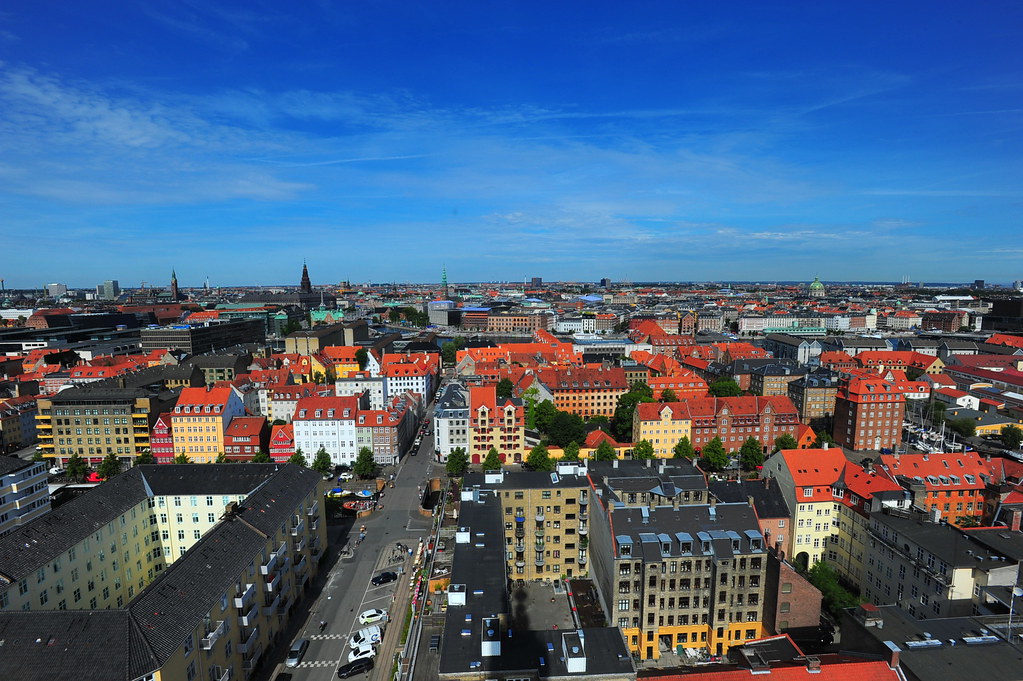 Views from the first observation deck of Von Frelsers Kirke 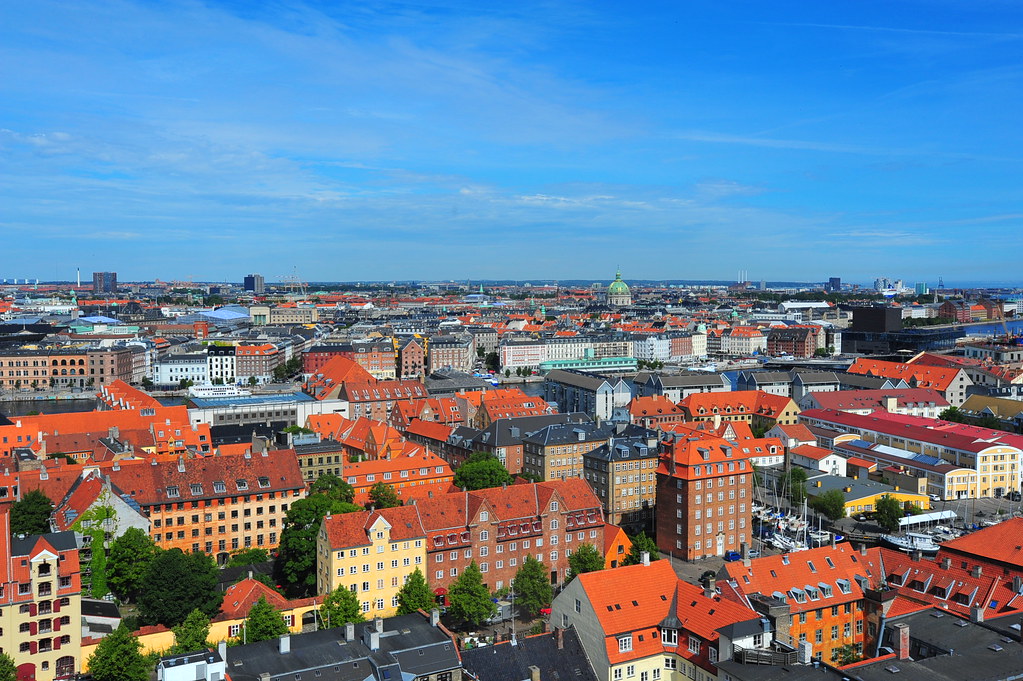 Climb the last 150 steps outside of the tower, which get narrower and narrower up to the point you can’t fit. There’s literally no end in sight. 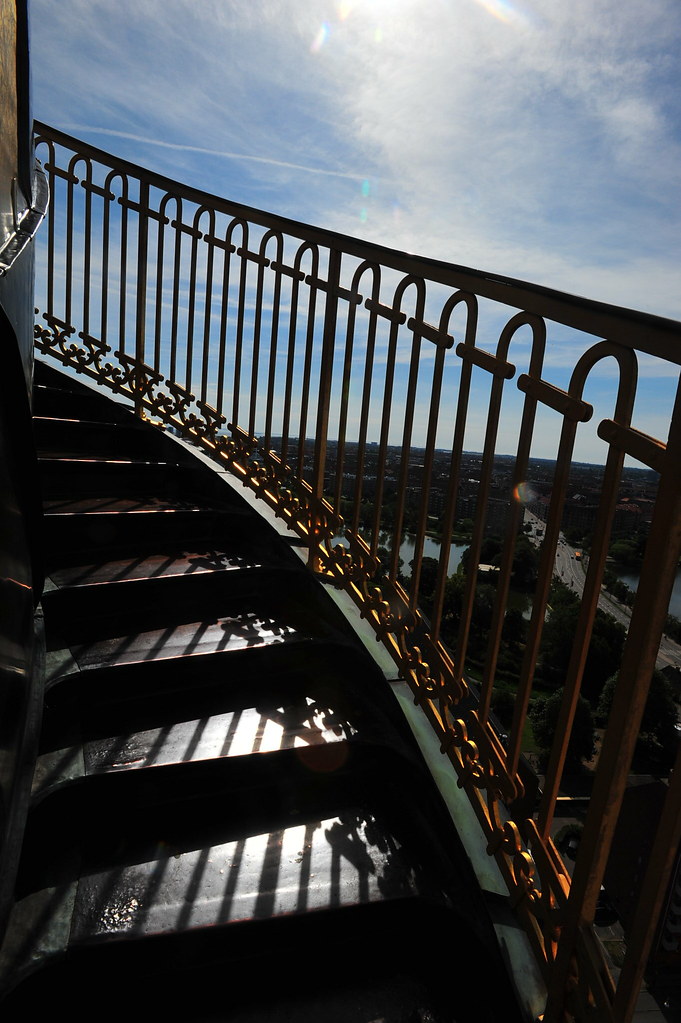 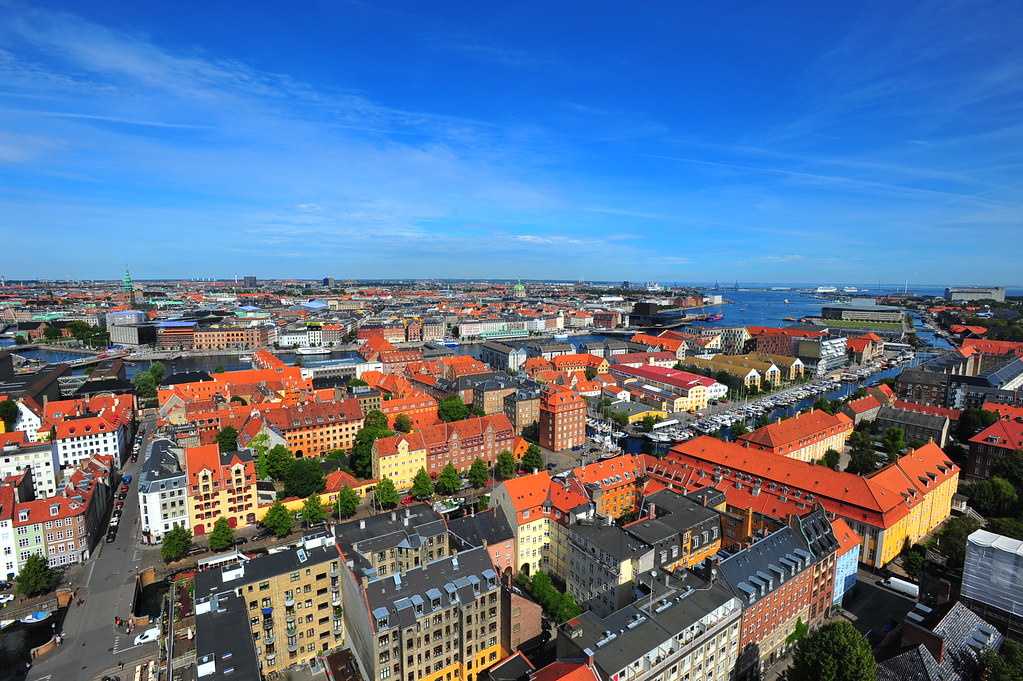 Views from the very very top of Von Frelsers Kirke

At the bottom is there beautiful pipe organ constructed in 1698 and baroque altar. 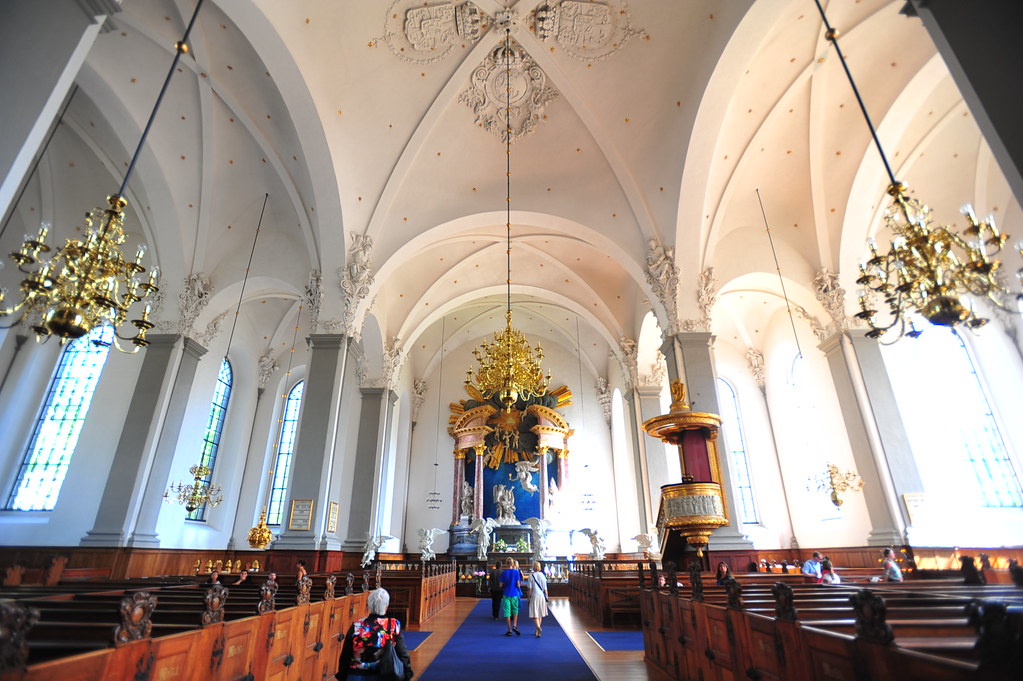 A few blocks northeast of Von Frelsers Kirke lies Freetown Christiania, a hybrid neighborhood-collective that’s become a mecca for counter-culture enthusiasts attracted to the concepts of communal living and collectivism. They’re very very particular on the “no photos” rule here, to the point they’ll stand with you demanding to either cap the camera, take out your battery, or stuff it in your bag until you leave. 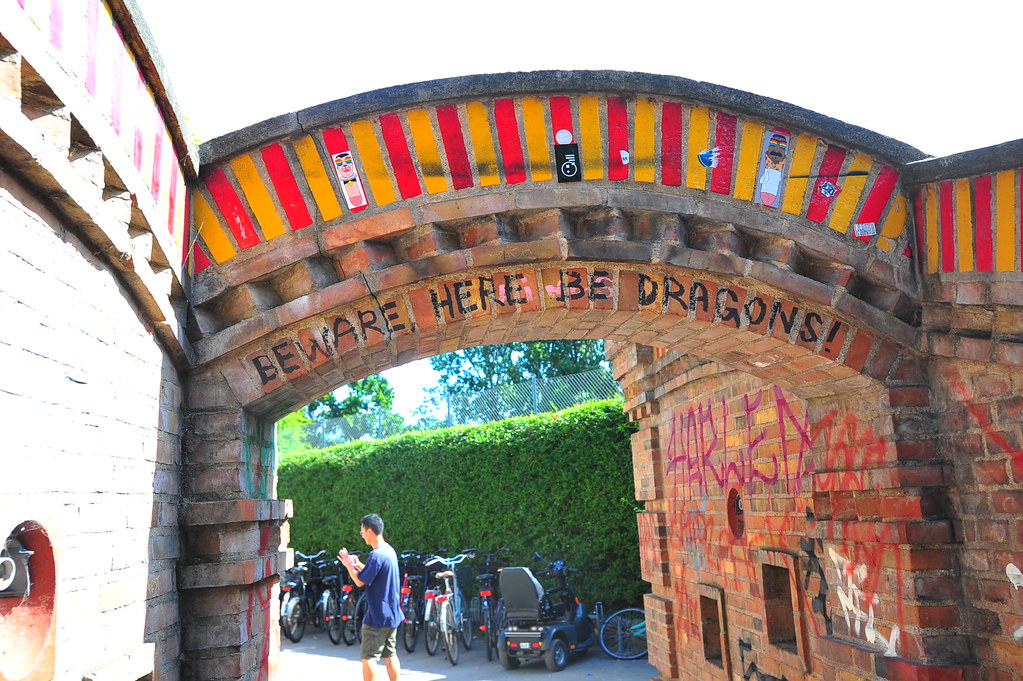 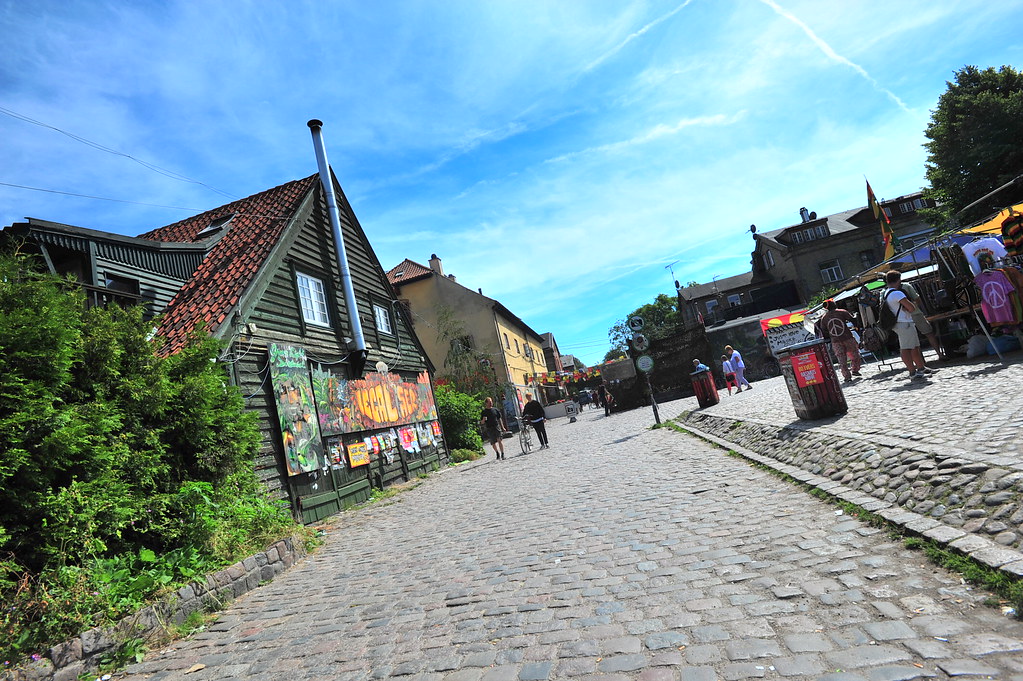 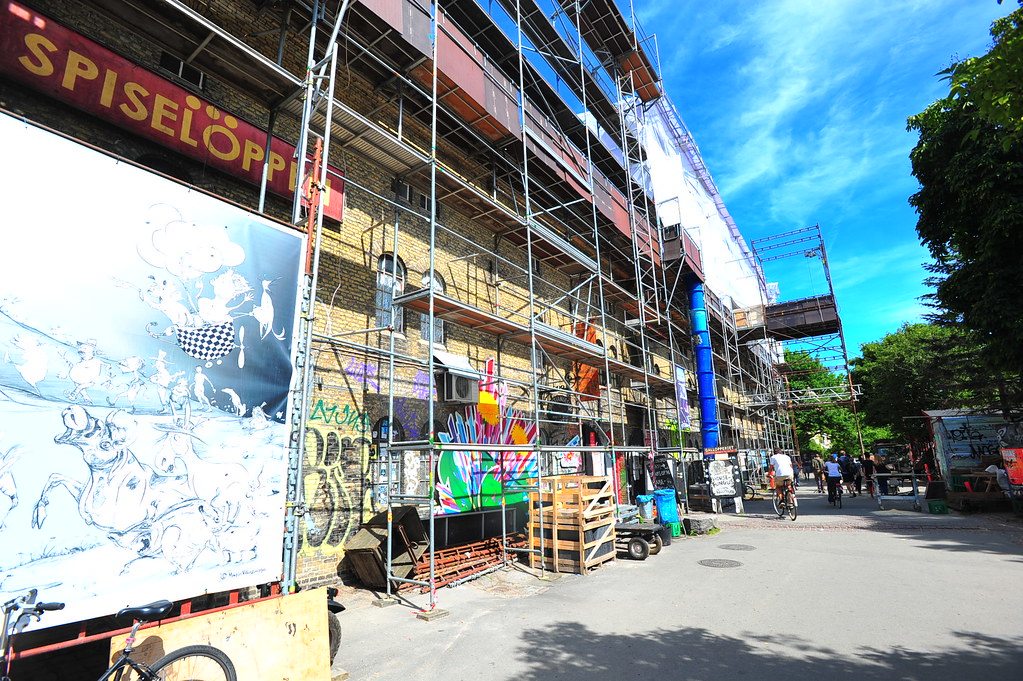 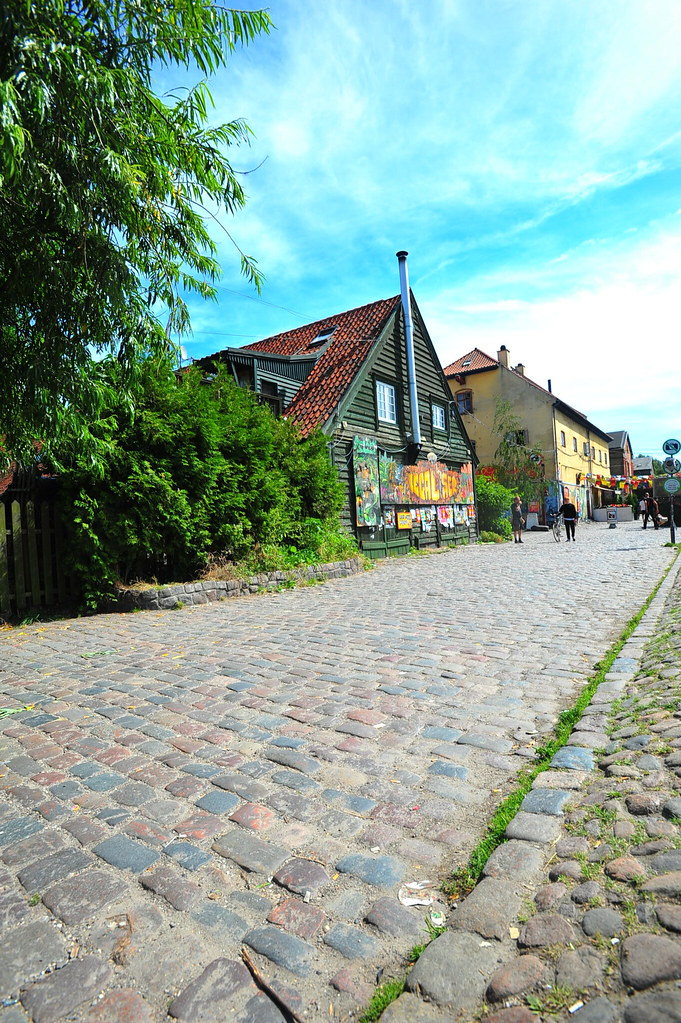 We then headed back to the hostel, where the 16 of us gathered our bags and took a 15 minute, 300 DKK cab to the DFDS Shipyards Dock, where our overnight DFDS ship would depart from Copenhagen to Oslo. 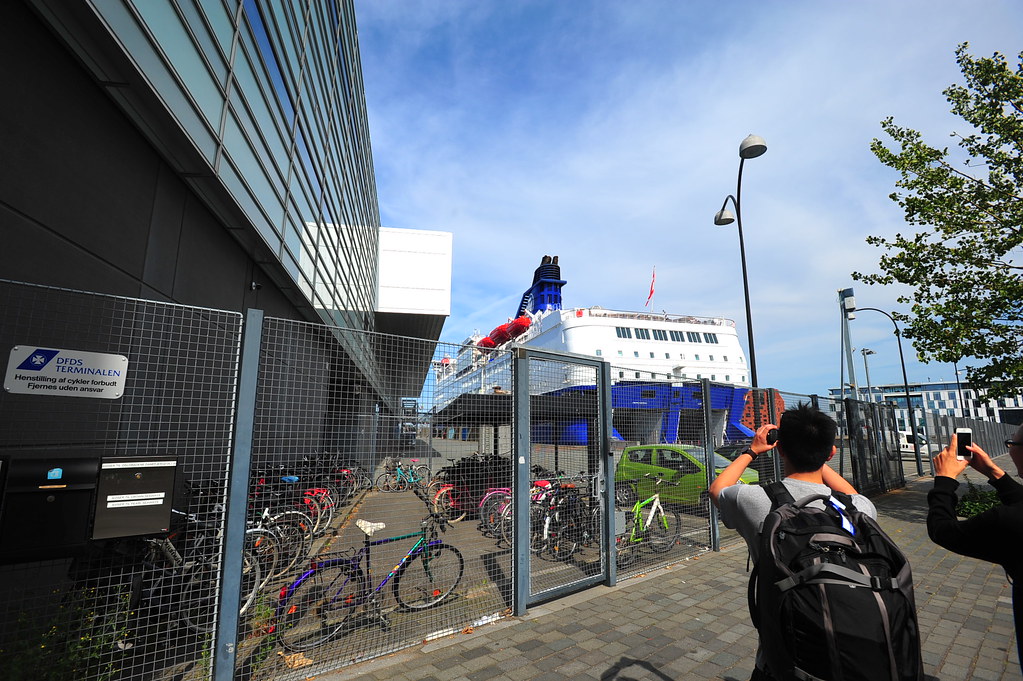 It’s a very straightforward process, as if you were boarding a bus. There are self-service kiosks to get your tickets, which doubles as your keycard (or if you’re in a group, you can pick your tickets up at the front office) and then you simply present that and your ID (they don’t even ask for a passport if you’re a US citizen), and you’re on your way! 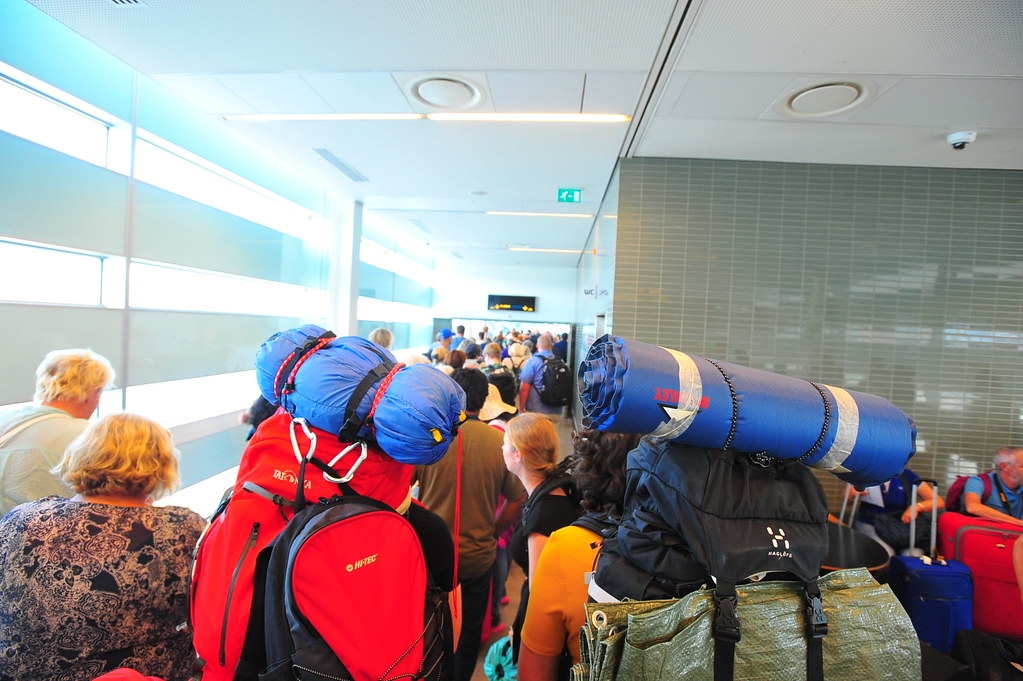 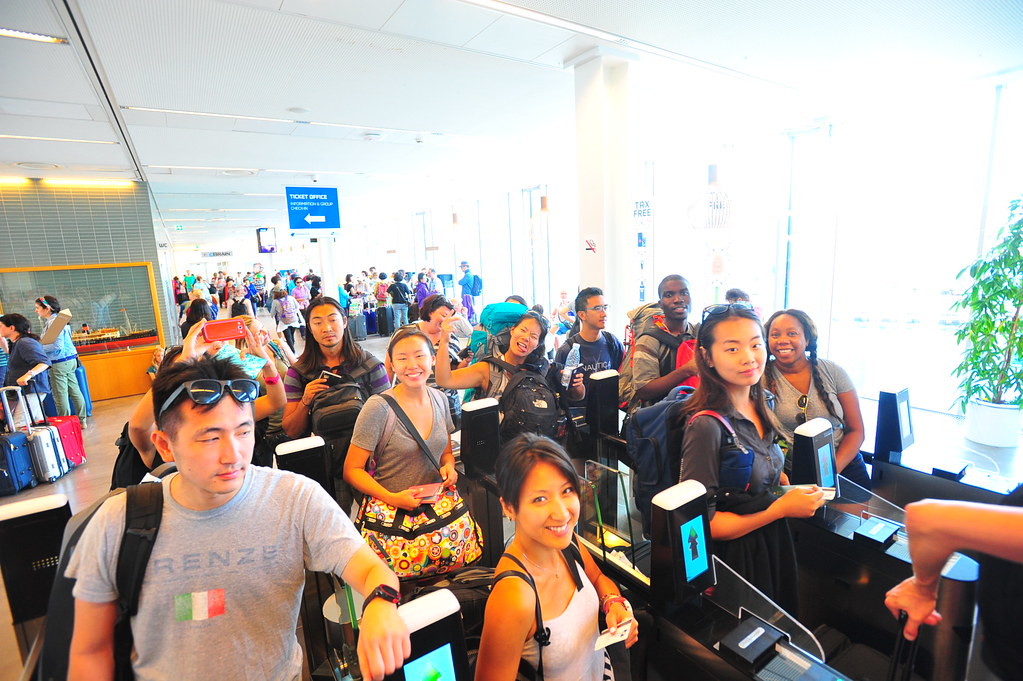 Much to our surprise when we boarded, the ship isn’t the same basic ferry we took to Antarctica, but rather a fully equipped, fully tricked out cruise: 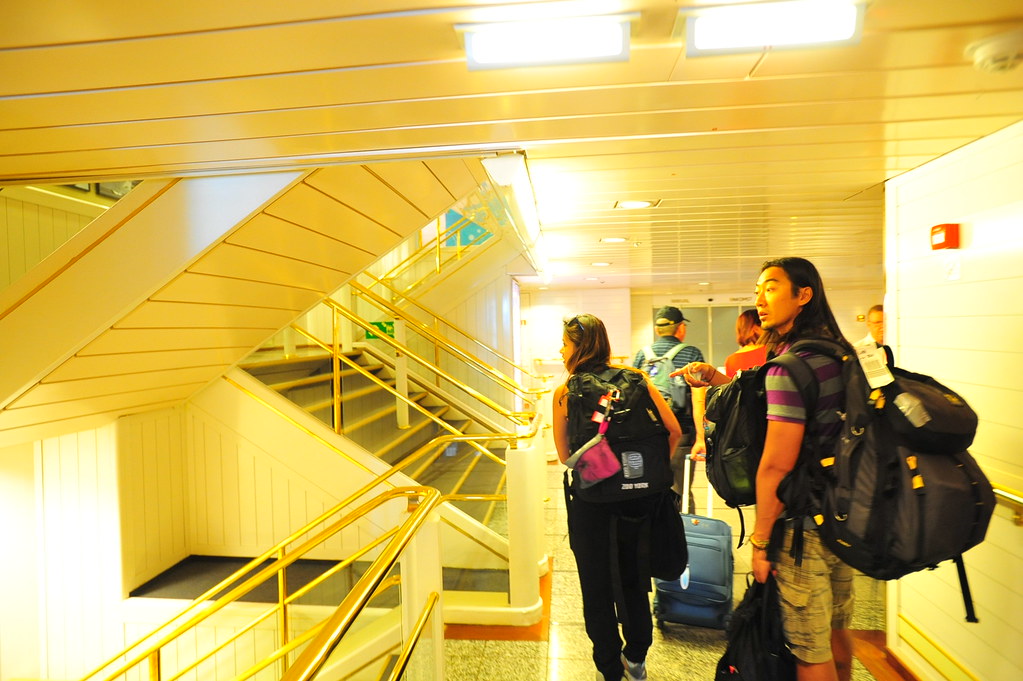 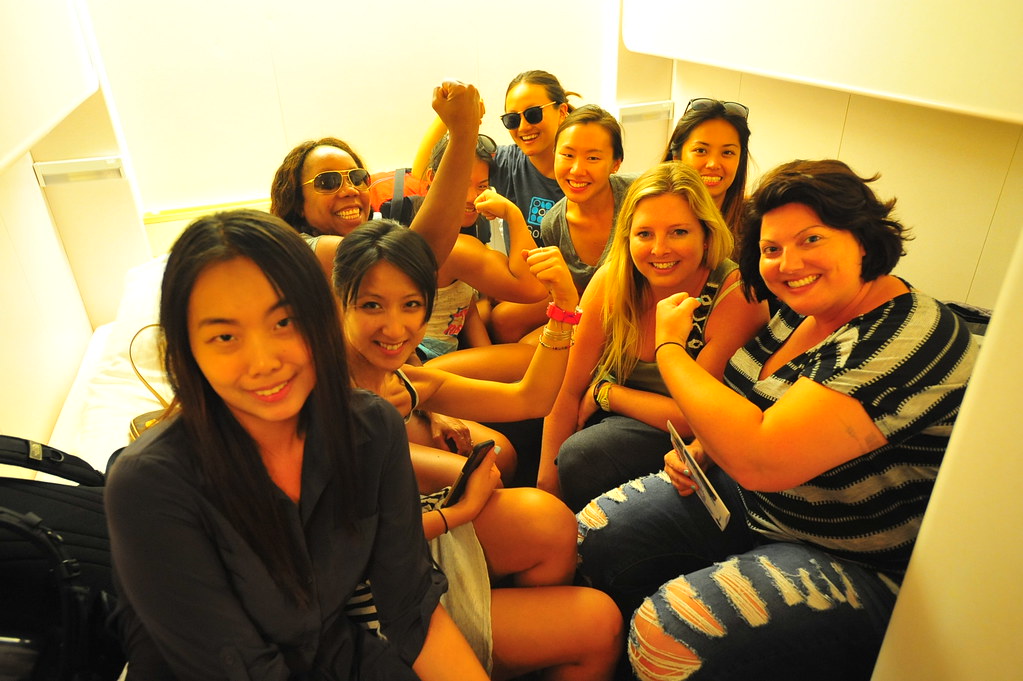 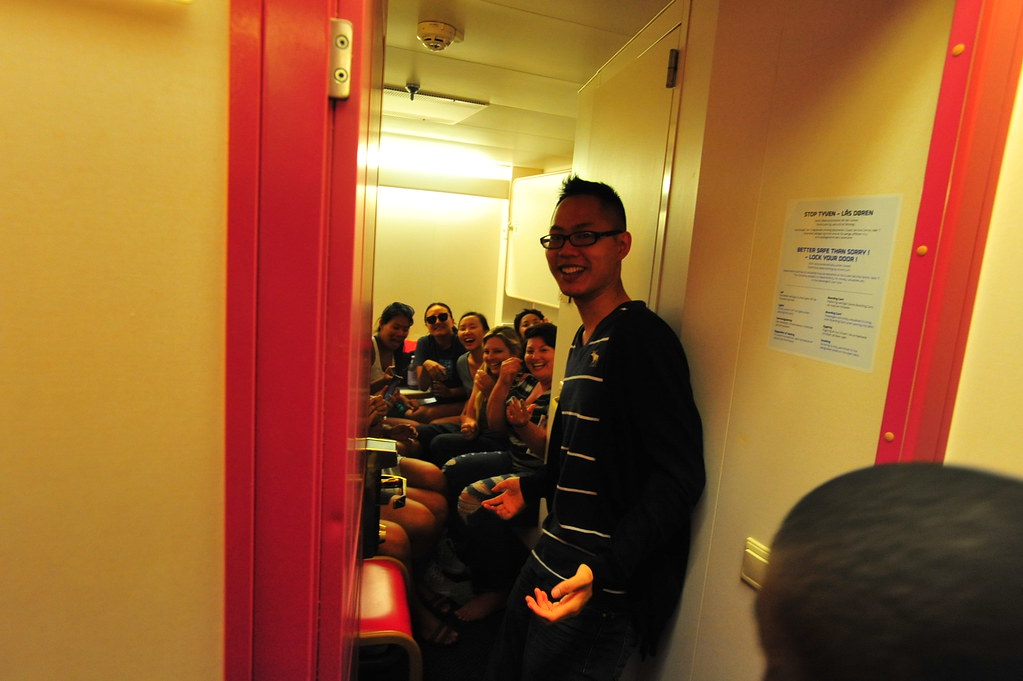 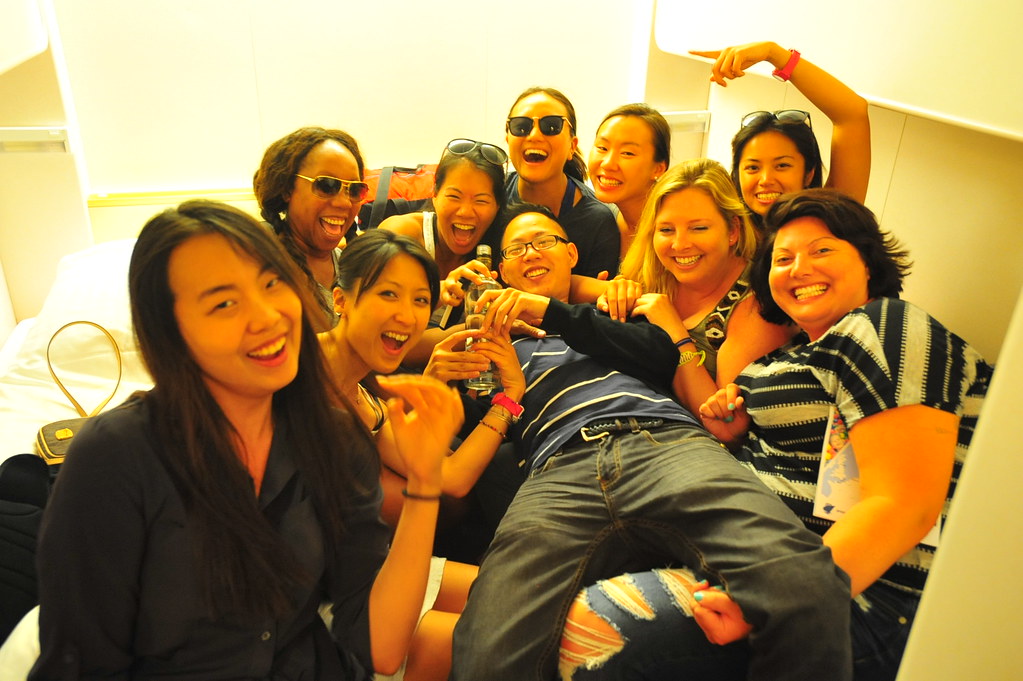 The emancipation of William Lau 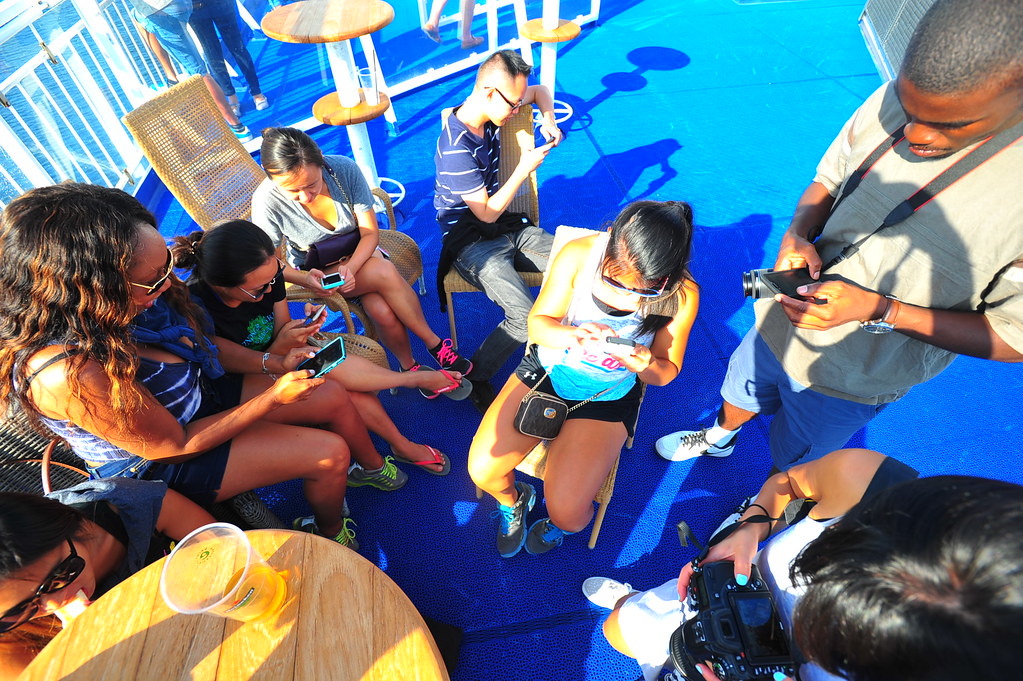 …they ditched the phones and ate well: 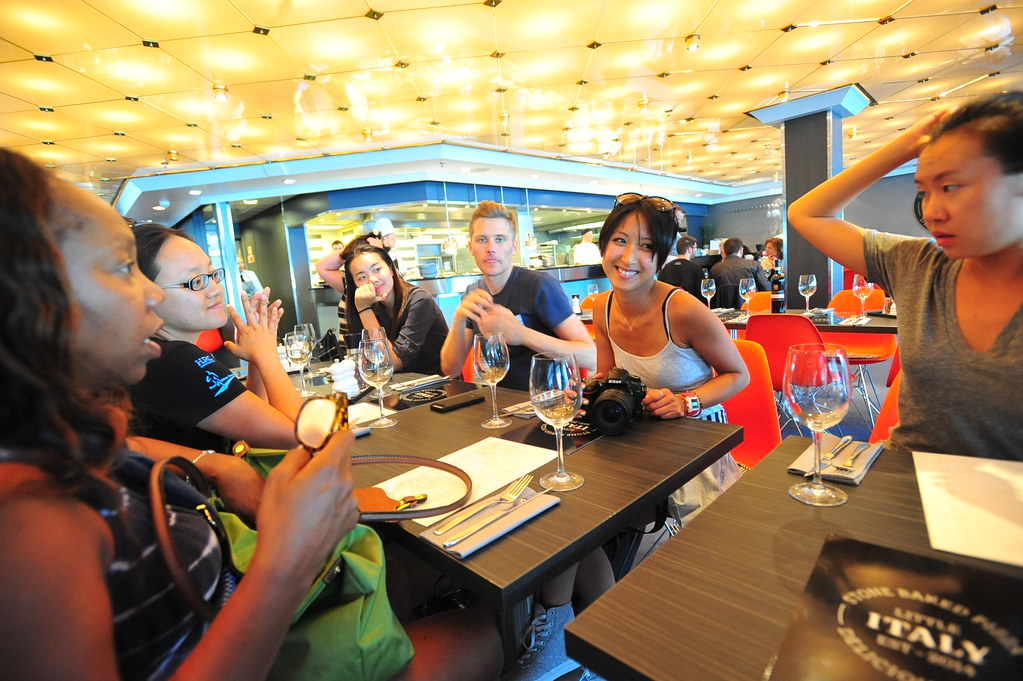 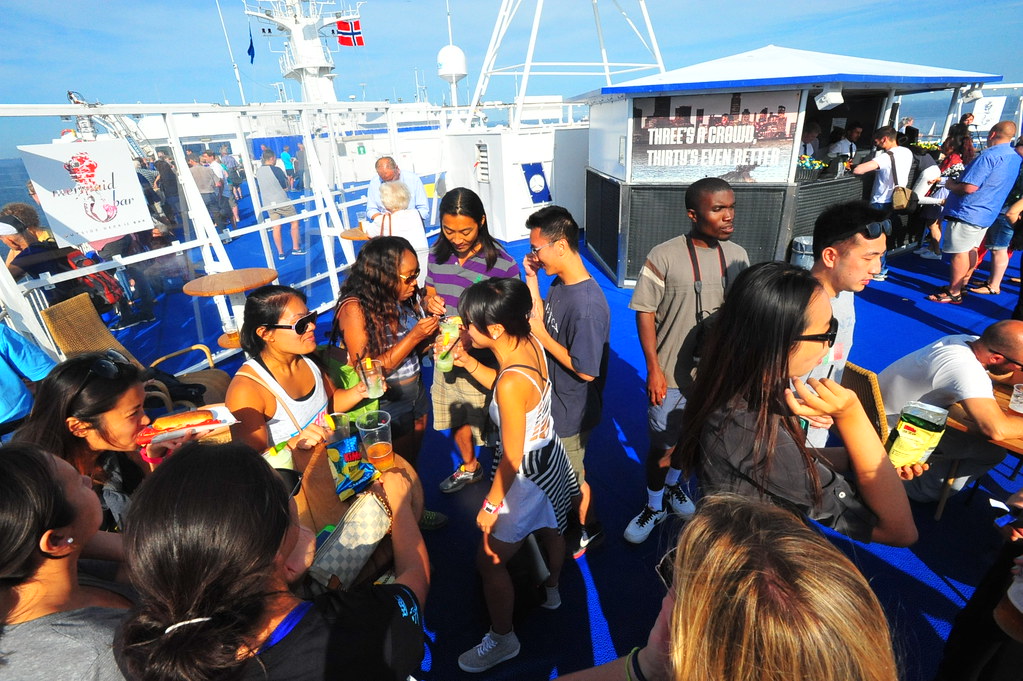 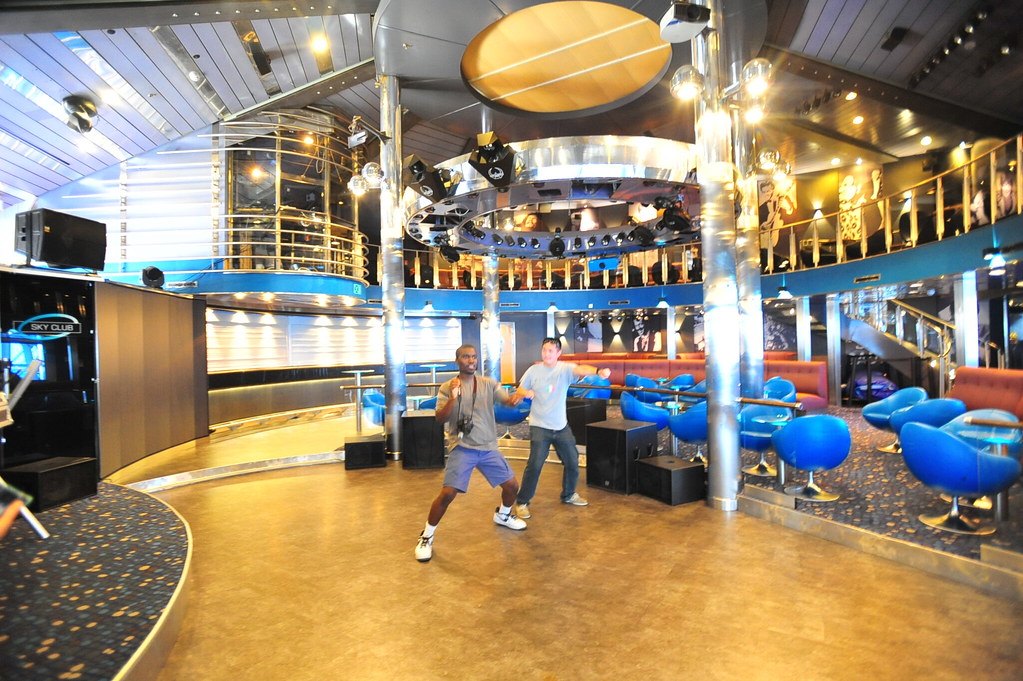 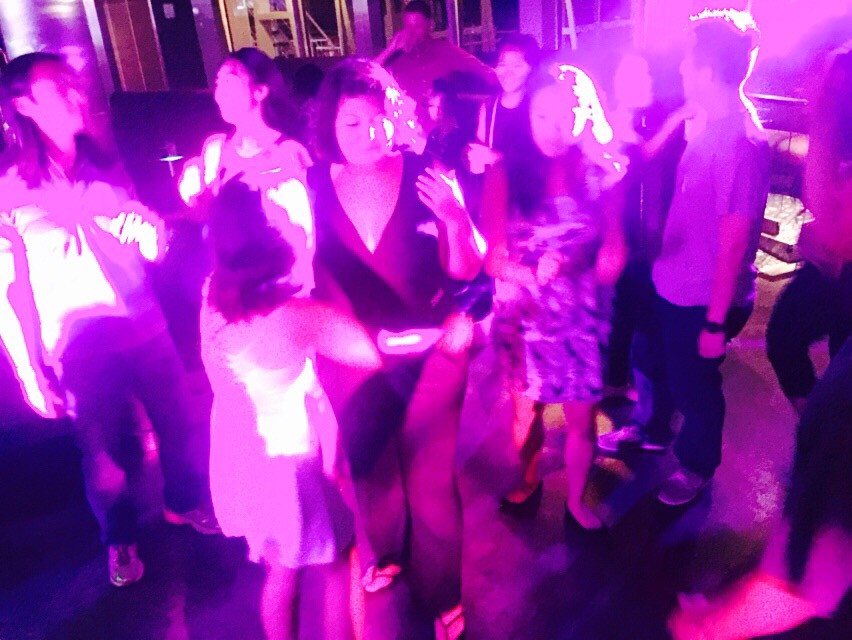 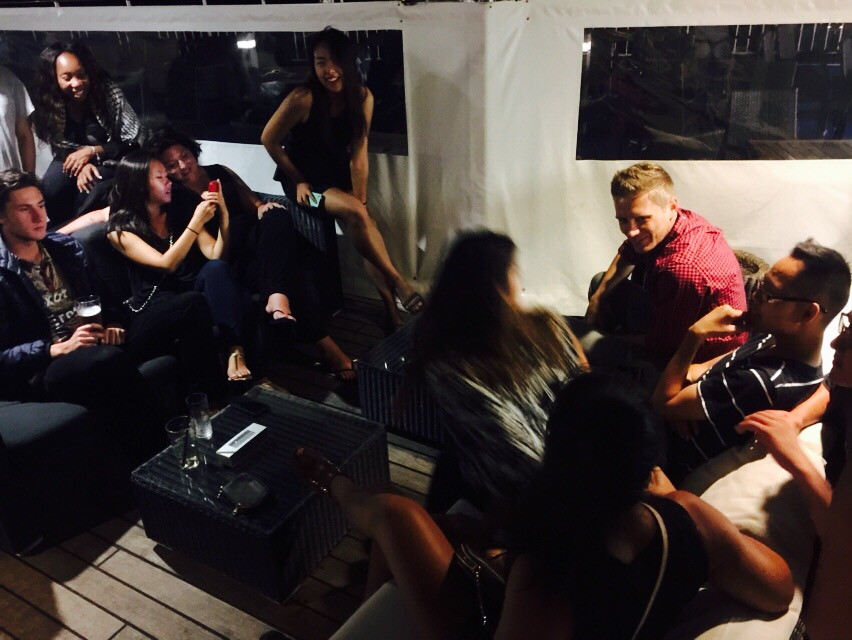 We woke up around 8am the next morning to witness the arrival of the Norwegian fjords. 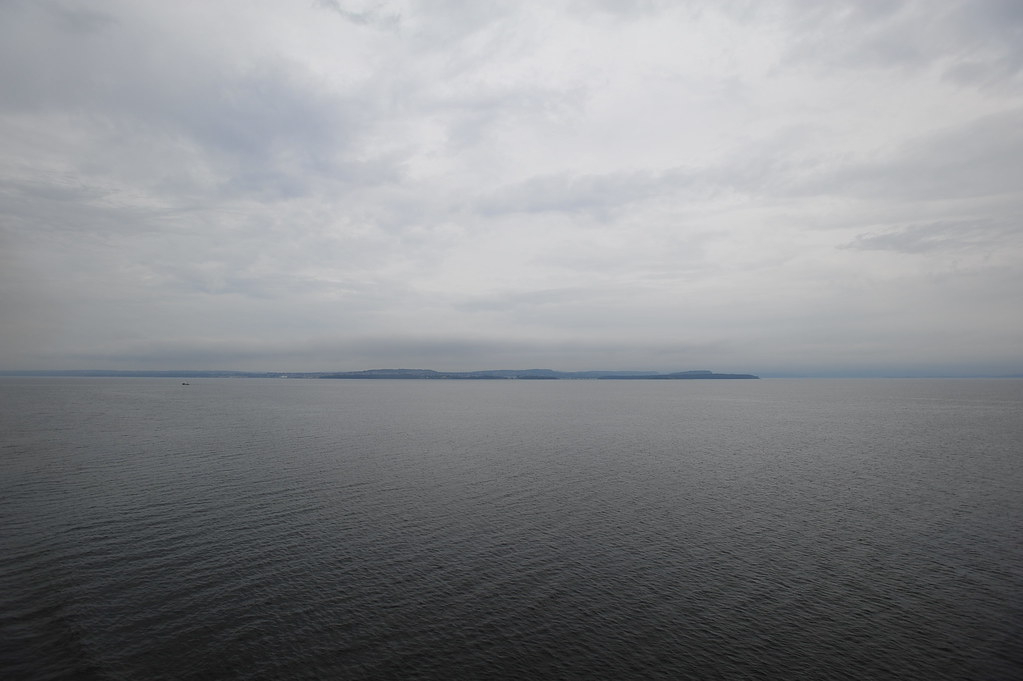 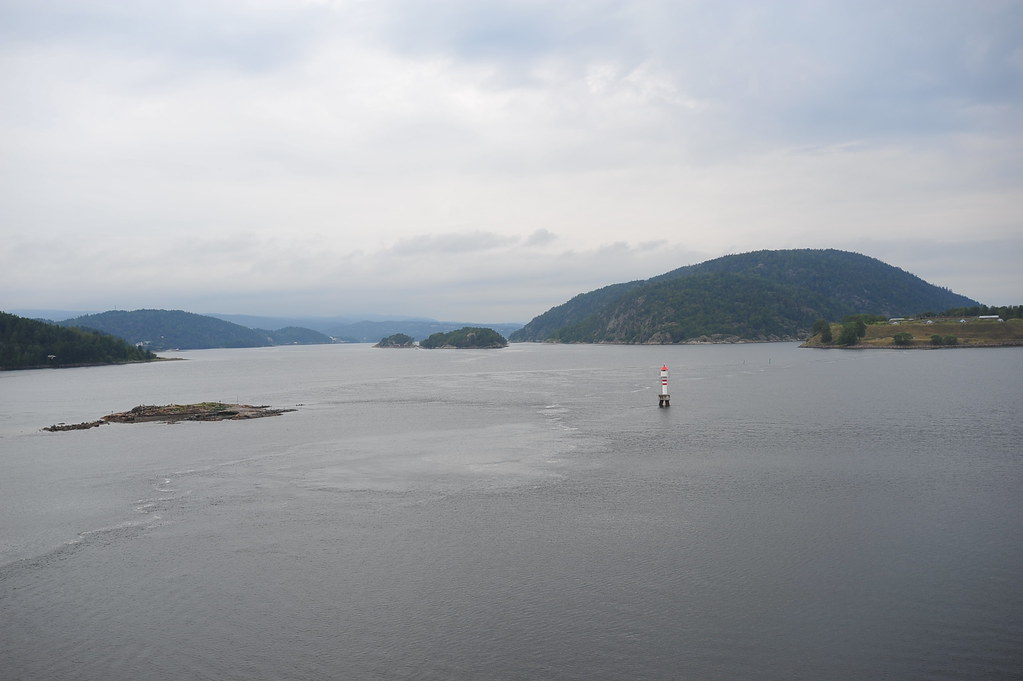 Unfortunately, there were 5 of us who opted out for the 8pm overnight Swebus from Copenhagen to Oslo. Although they got an extra 5 hours each in Copenhagen and Oslo, they ended up missing out on an experience none of us were expecting when we signed up for the “ferry.” They get a free dinner(s) on me while all of us will suffer tonight on the overnight bus as it should be. Live together, die alone.

One of our loyal monsooners and videographer, Melissa, had an unforgettable experience of her own on this exact same cruise!