The Journey To Tibet

Struggling with 3 consecutive nights of 5 hours of sleep each night, we all got up again at a ridiculous 5:15am to catch a 5:30am car service to take us to the airport for a 7:40am direct flight from Xi’an to Lhasa. The Xi’an airport was unexpectedly crowded, so I would advise arriving an hour or two earlier as we all almost missed our flight.

While at check-in, security, and just when you arrive, you’ll be asked to produce your Tibet permit. Ours is pictured below. 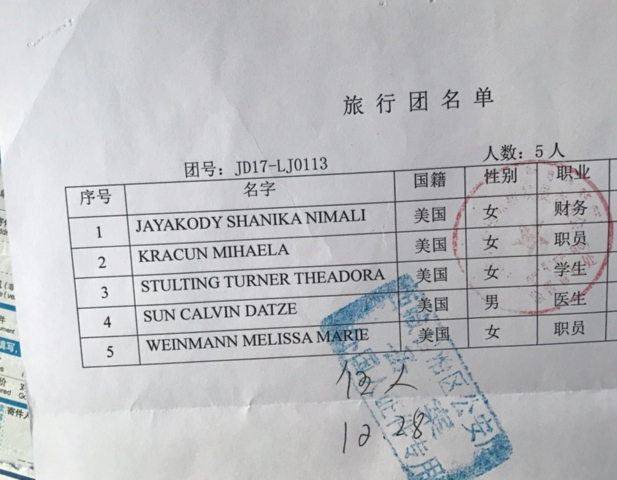 You can easily get a Tibet permit if you sign up for an official tour with a guide, which is what we did. The reality we got instead in Tibet was a lot of free movement without our guide constantly watching us.

I once again passed out on my flight, waking up 3 hours later when we landed at Lhasa at 10:50am. I was so happy to have finally arrived here after a rough past 48 hours, that this then happened: 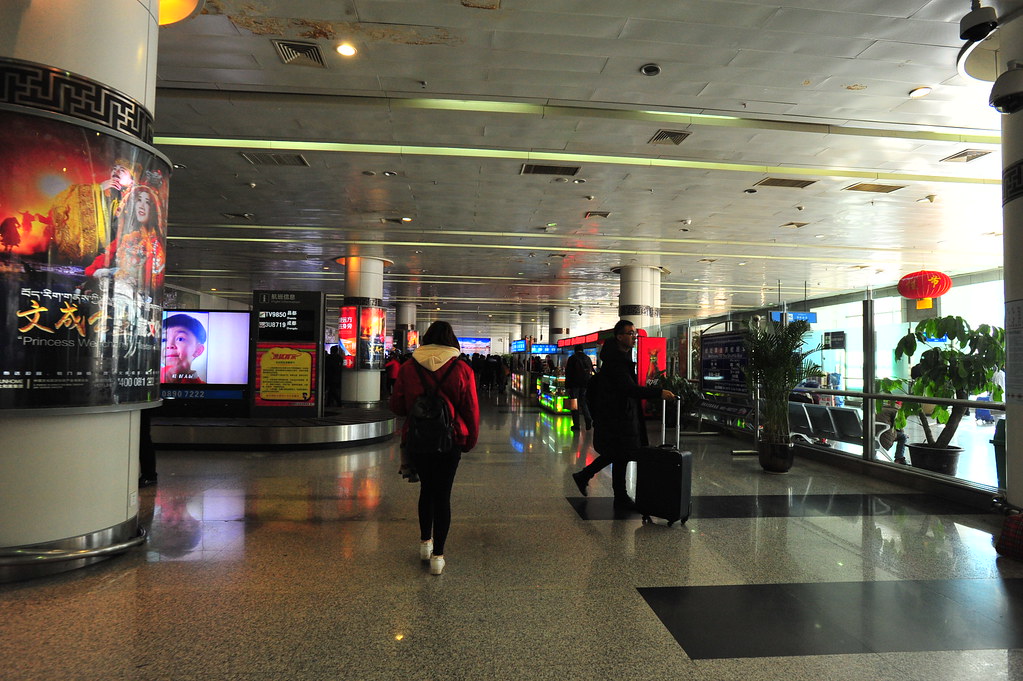 Enjoy the scenery of what seems like stepping into another world: 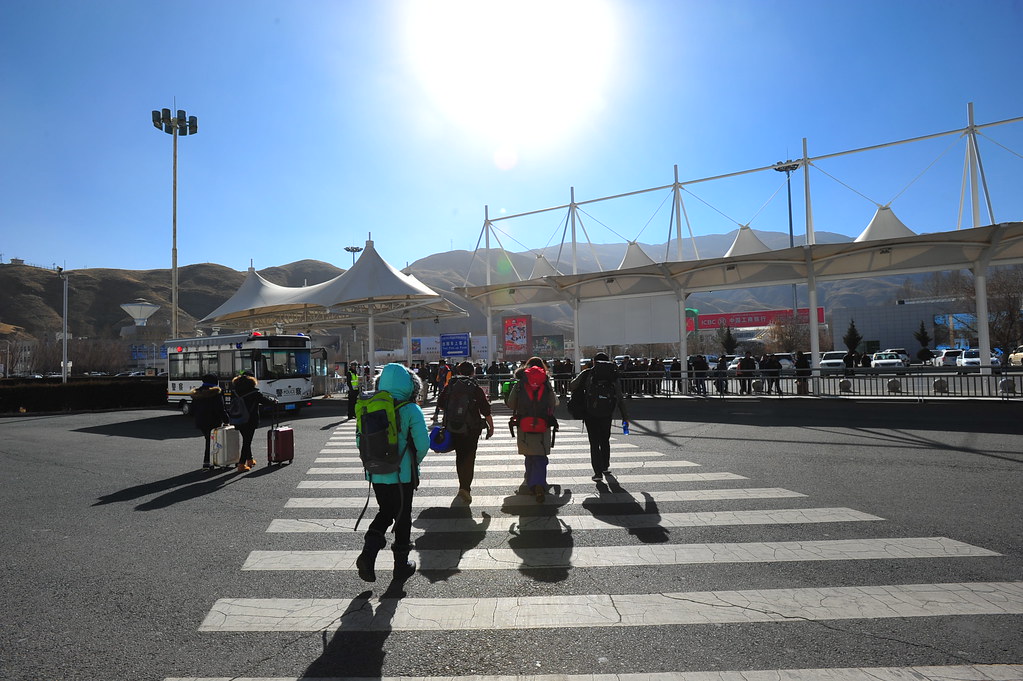 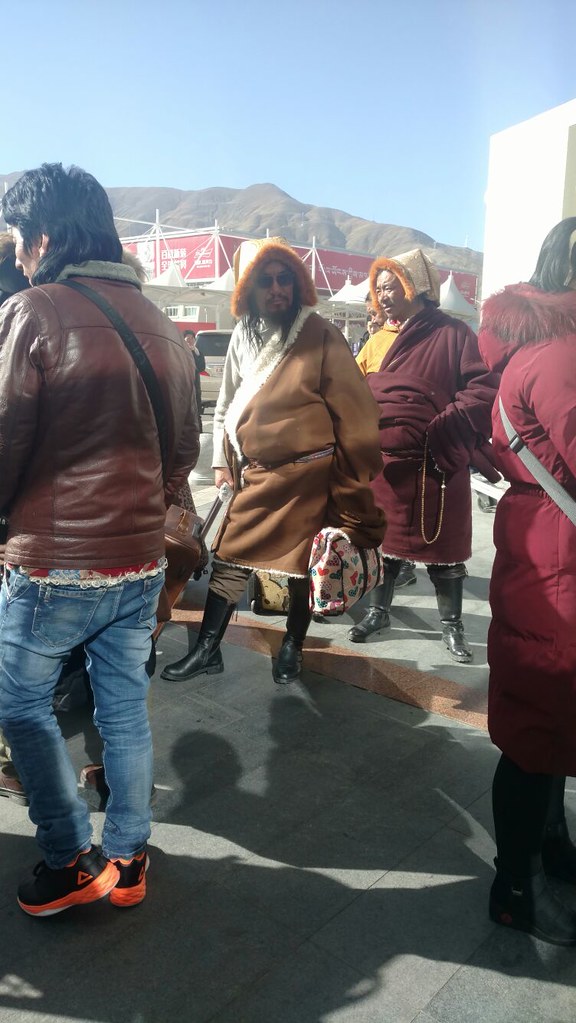 After showing our permit again to finally exit the airport proper, we were picked up by our guide Kendan before taking the one hour drive to Lhasa from the airport. 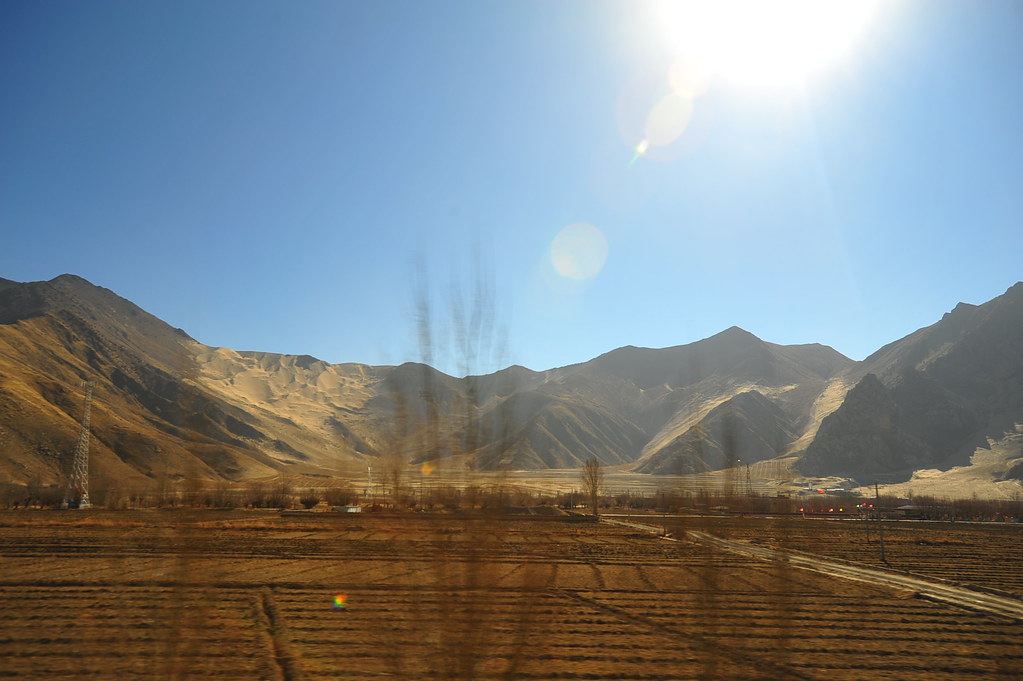 Lhasa is a bustling, congested mass of humanity set against a gorgeous valley backdrop on an elevation of 11,995 feet, for which we’ve been popping acetazolamide (Diamox) 125mg every 12 hours since yesterday as a prophylaxis for altitude sickness.

The regimen for altitude sickness prophylaxis with Diamox is to start taking it twice a day before ascent and for 3 more days afterwards. Besides the occasional increased urge to pee as one of the side effects of this carbonic anhydrase inhibitor and diuretic, so far we’ve been doing okay — some headaches, bouts of nausea and dizziness but it was nowhere as bad as how we felt when we arrived in La Paz 4 years ago. 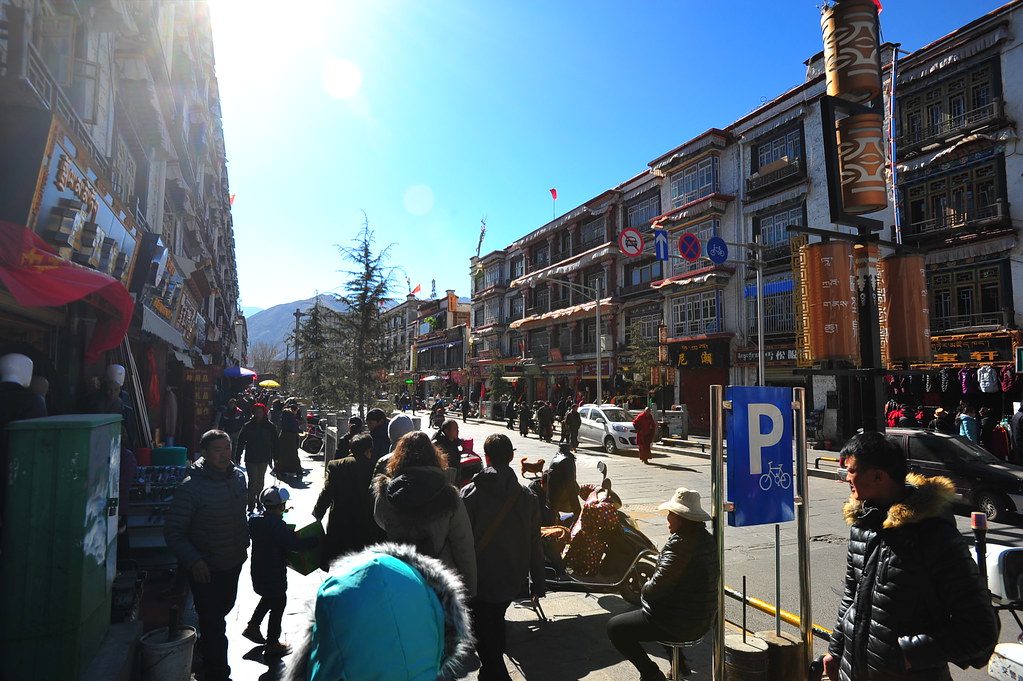 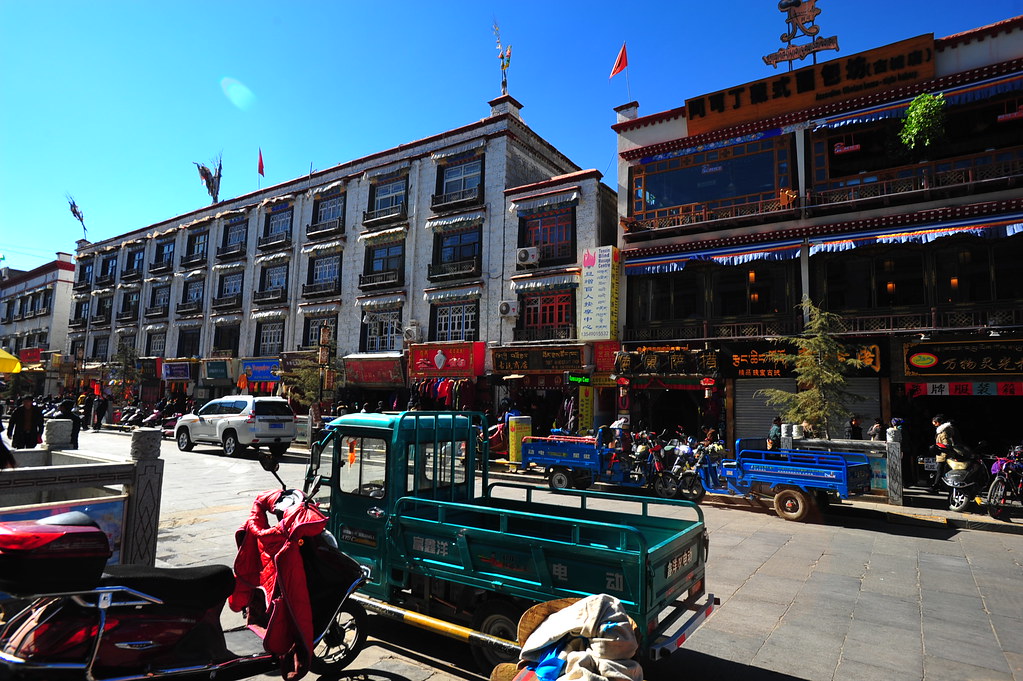 We first settled in our digs at Yak Hotel, located in the eastern part of Lhasa where more ethnic Tibetans live as opposed to the predominantly Han Chinese of western Lhasa: 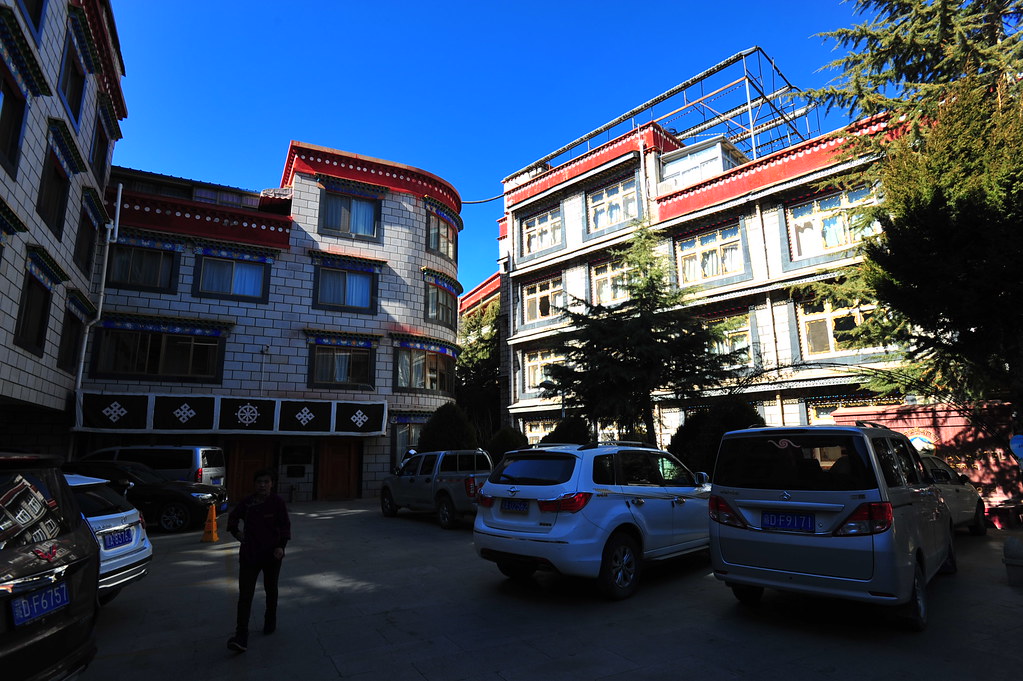 We then walked towards Barkhor Square, the beginning of Lhasa’s oldest street (Barkhor Street), where we had lunch at Lhasa Kitchen: 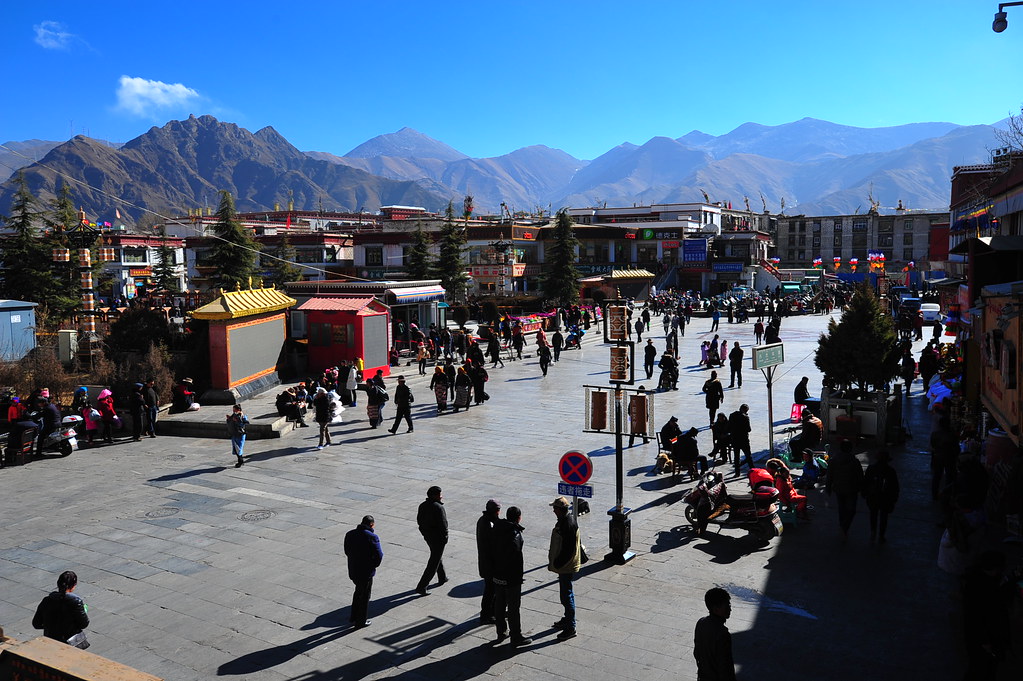 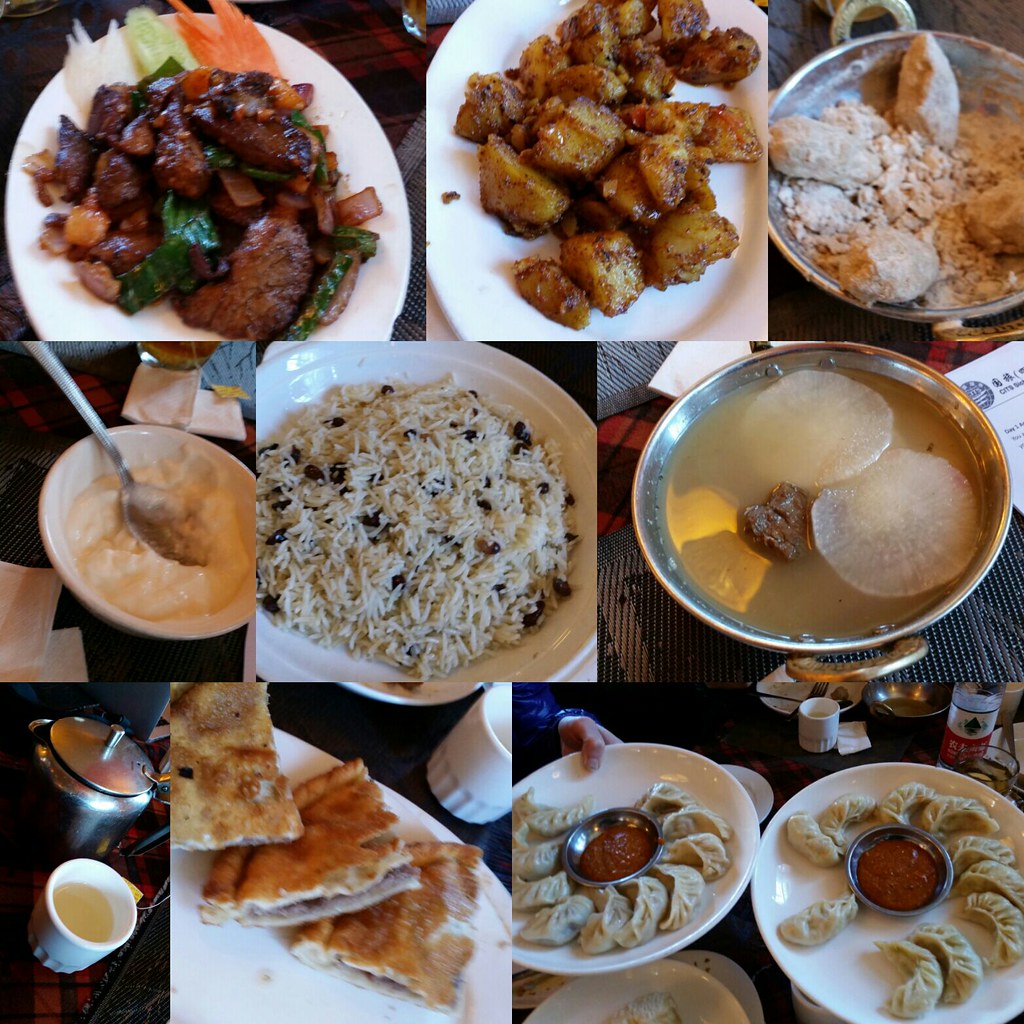 After lunch, we crossed through a round of security checks to get to Jokhang Temple, arguably the most important temple in Lhasa — The king Songsten Gampo built Jokhang Temple during the era of the Tang Dynasty to welcome his Chinese wife, Princess Wencheng, allowing for the the union of Tang China to Tubo Tibet. 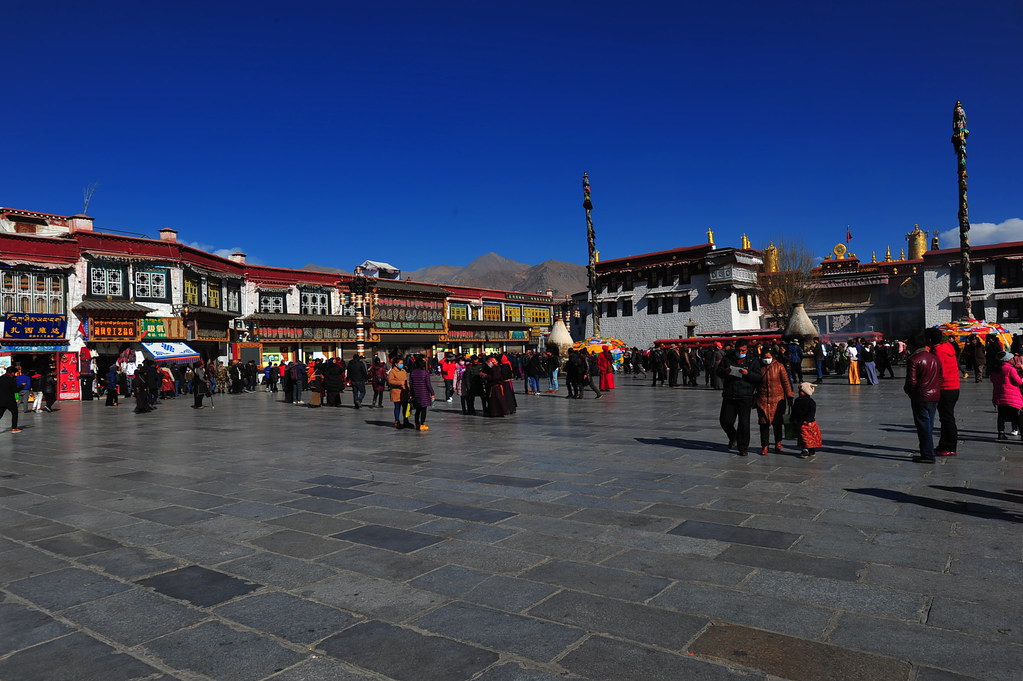 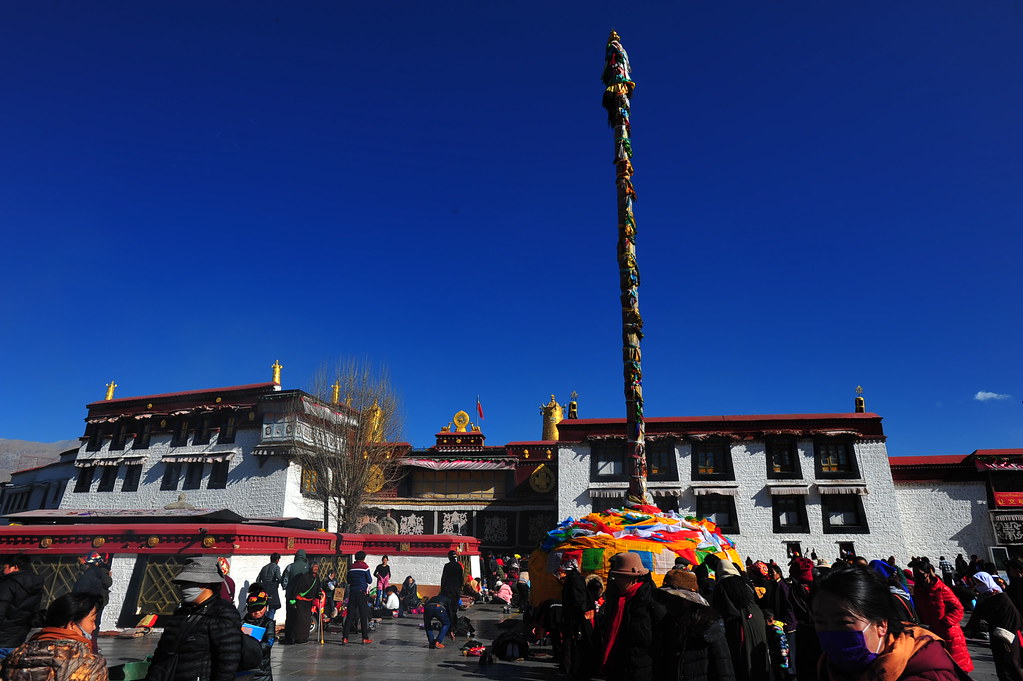 We passed by the hundreds of worshippers in front of the temple: 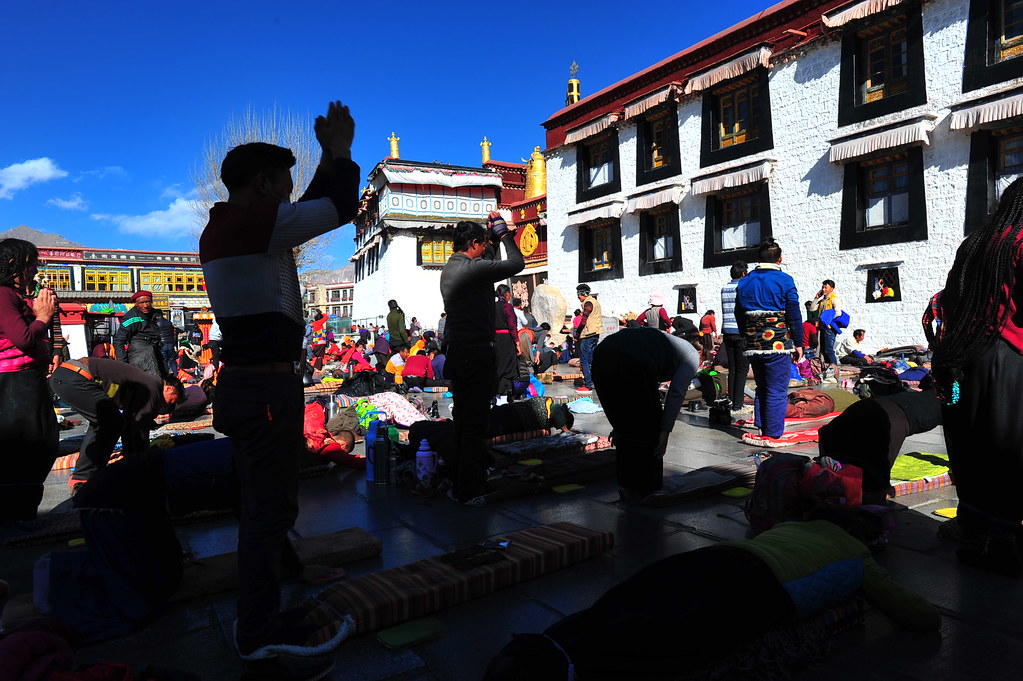 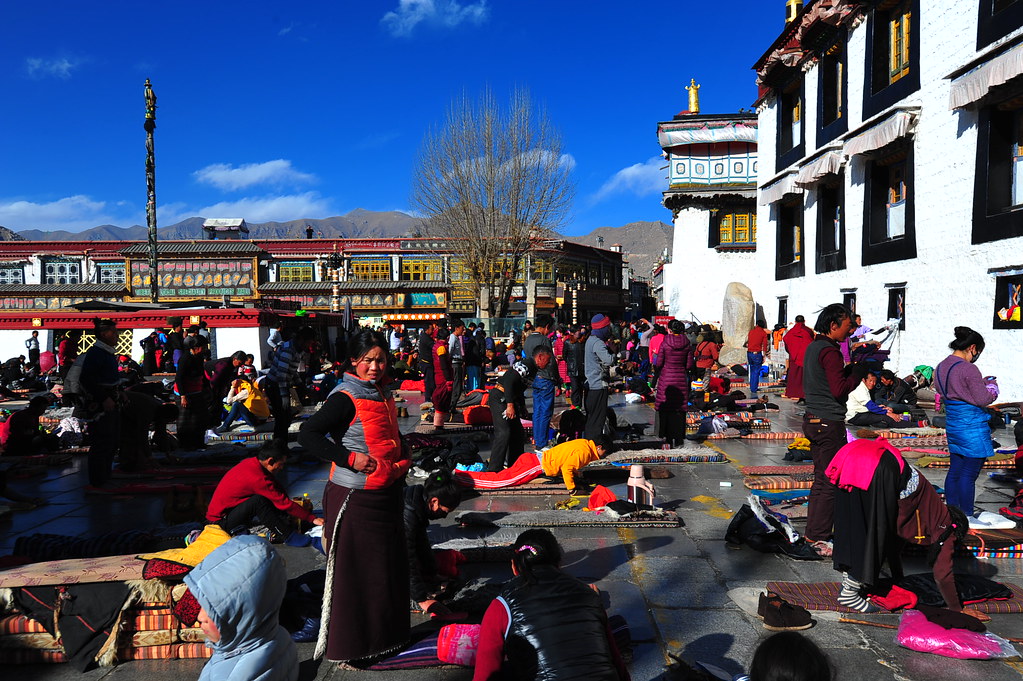 Once you enter it’s a quiet haven of calmness remarkably different from the outside. 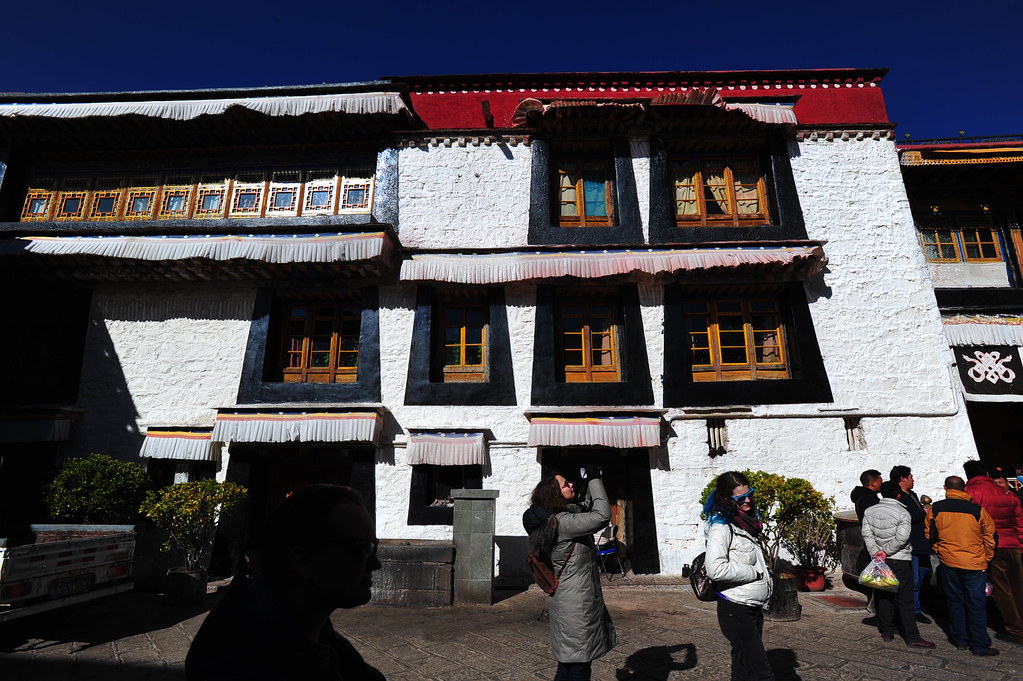 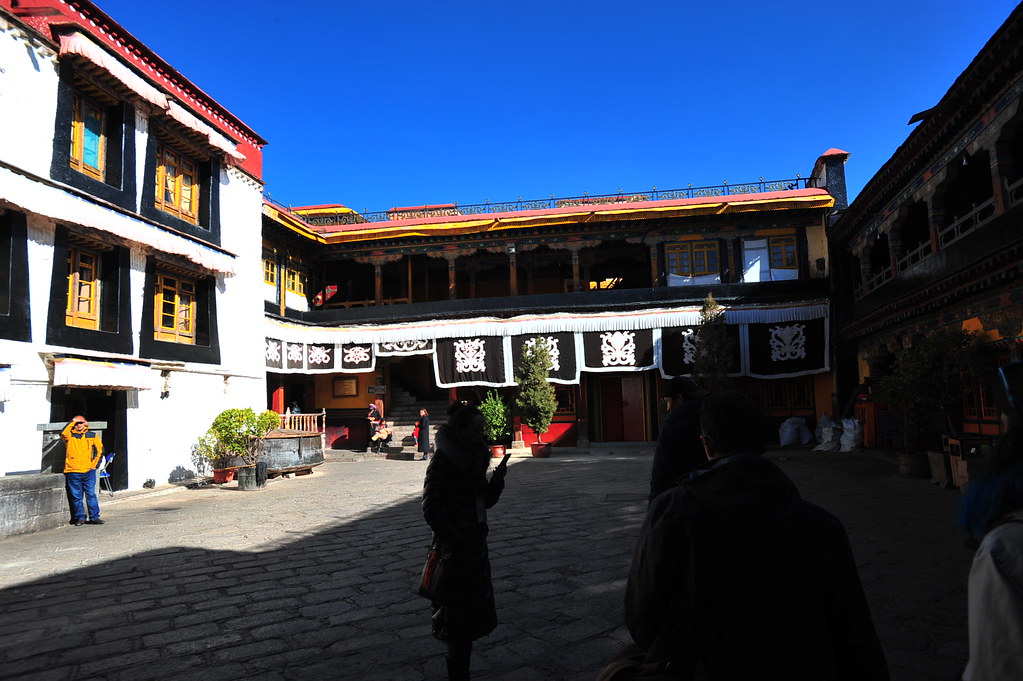 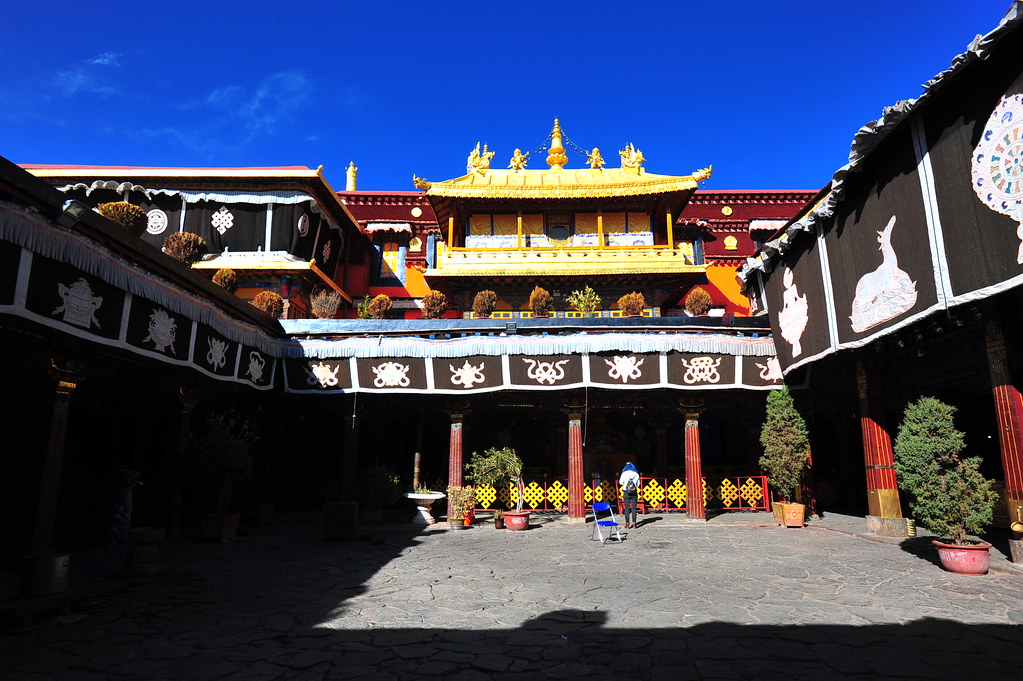 Photography is forbidden inside, but enforcement of such rules was pretty lax: 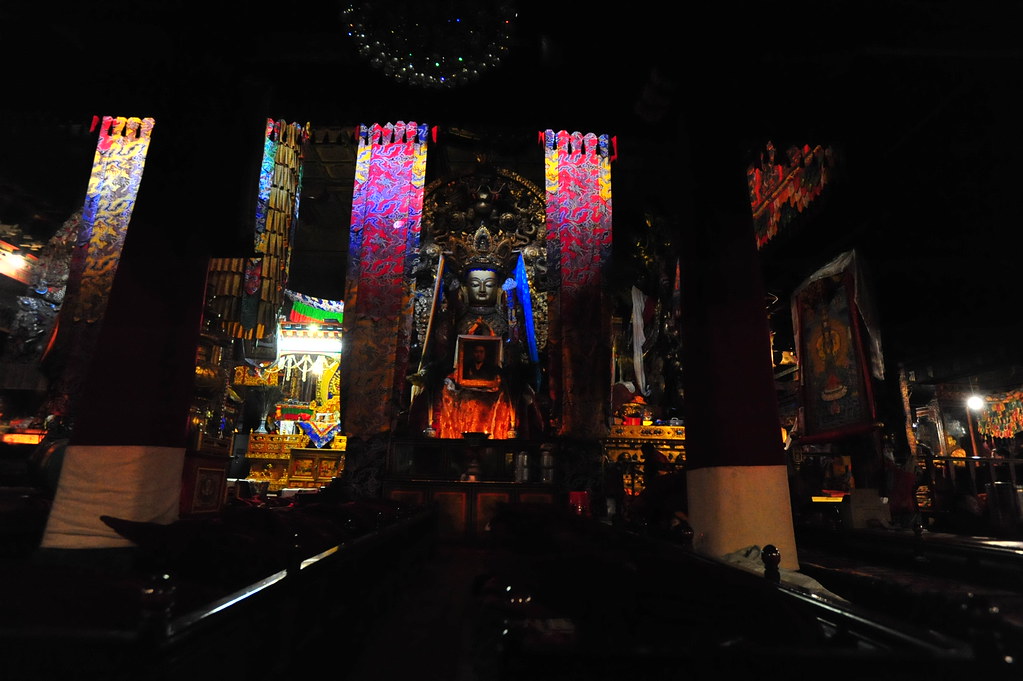 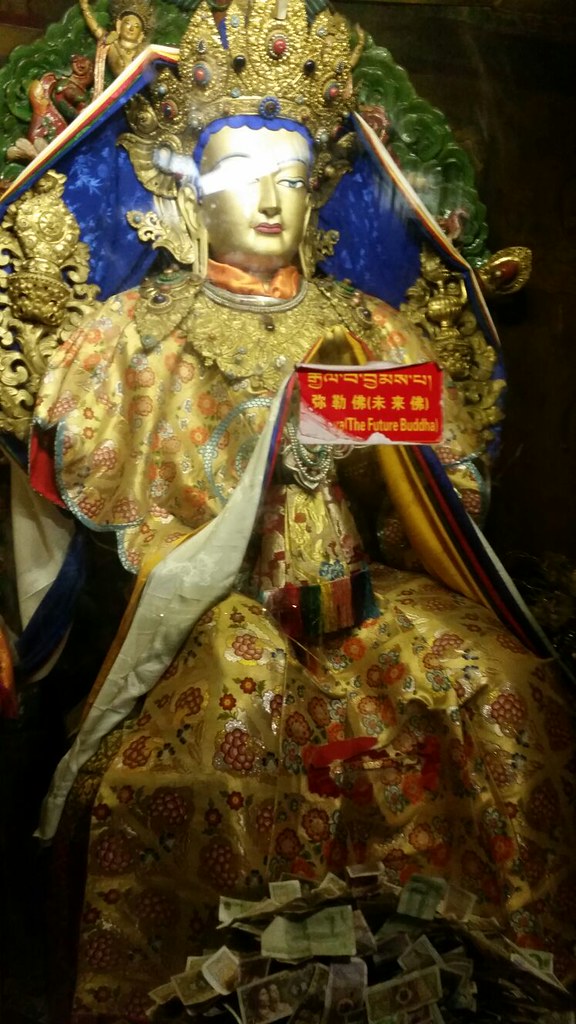 Climb to the top of the temple to get your first look at Potala Palace in the distance: 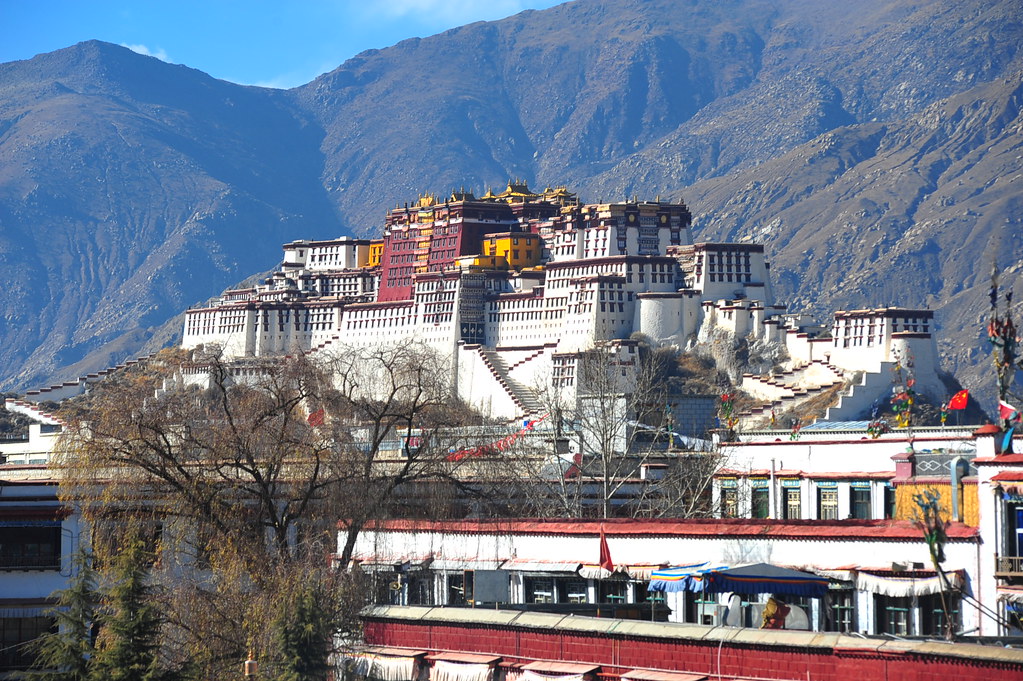 …and the square below: 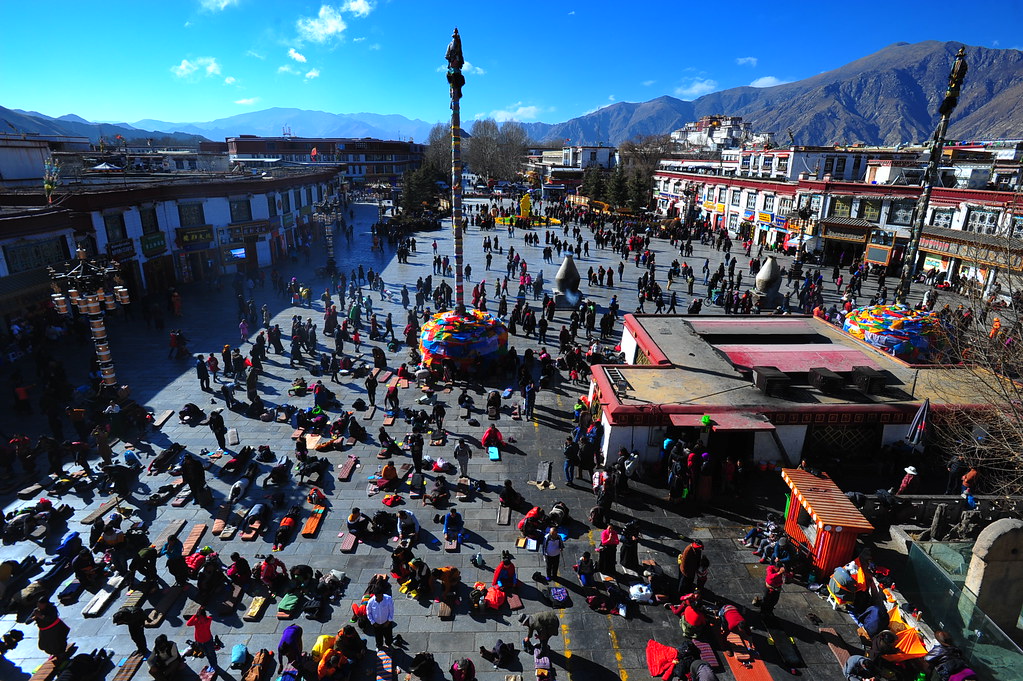 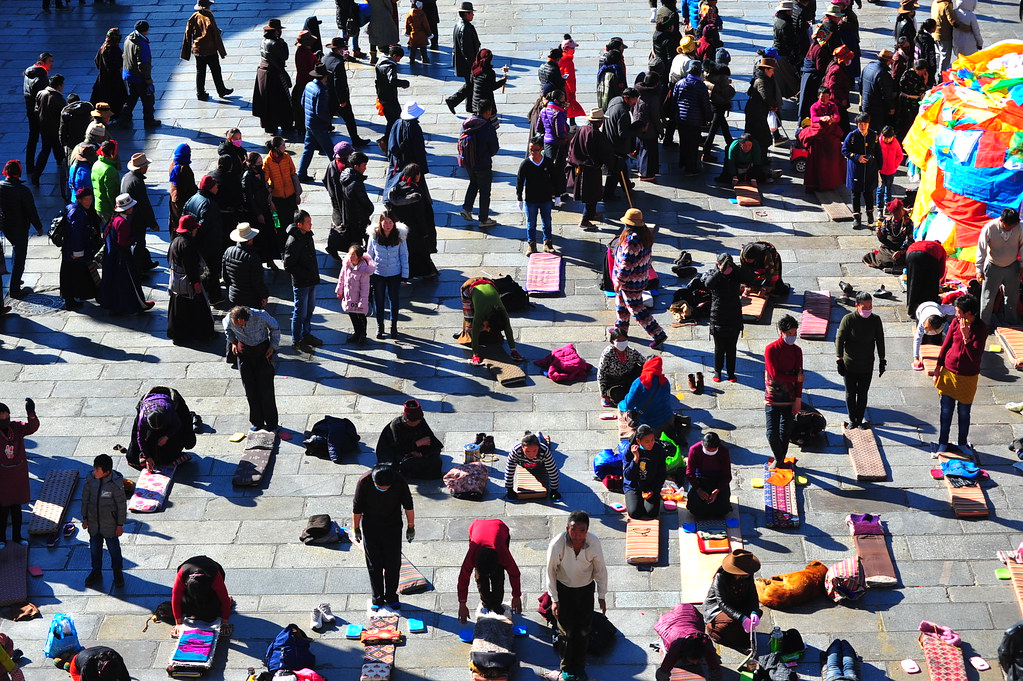 Afterwards we decided to take it easy for the rest of the day, walking around Barkhor Street for some haggling (genuine Tibetan goods that cannot be found anywhere else in the world are sold here) and people watching: 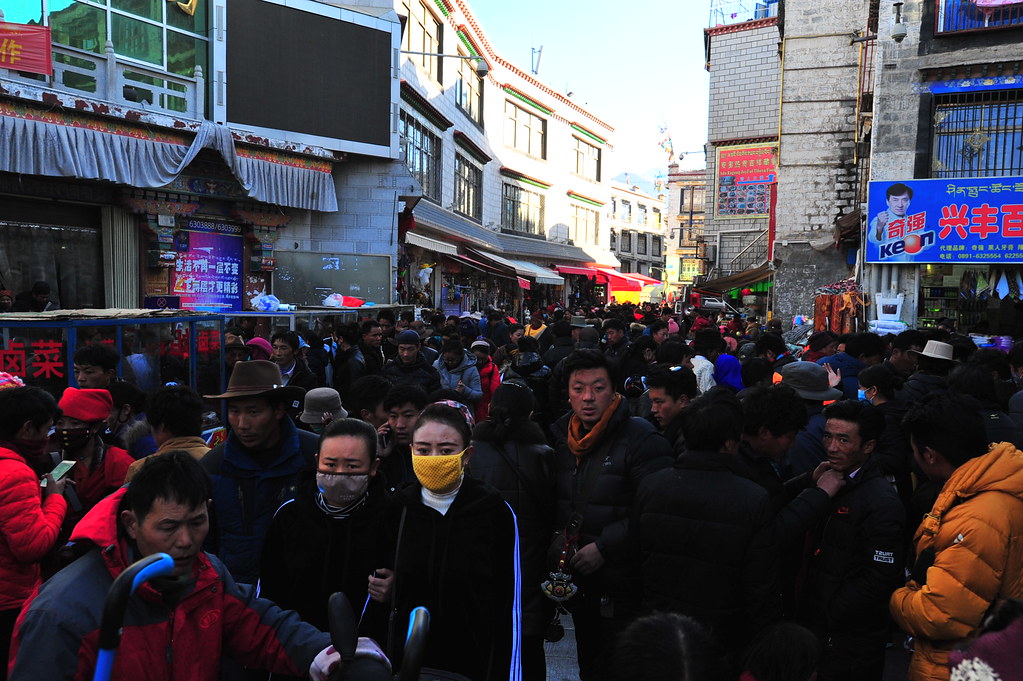 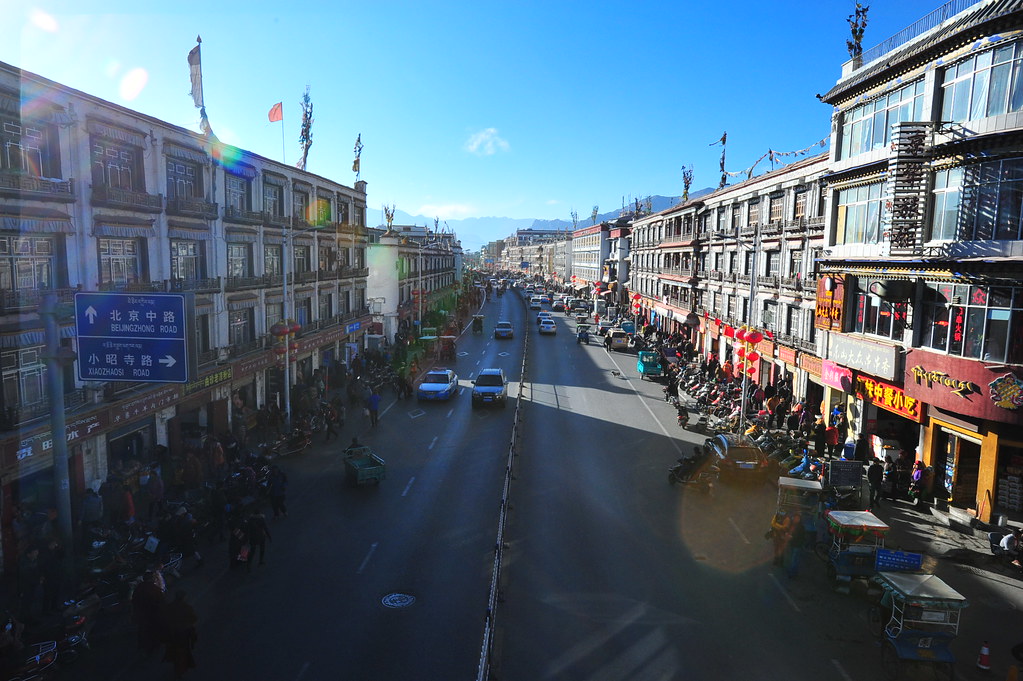 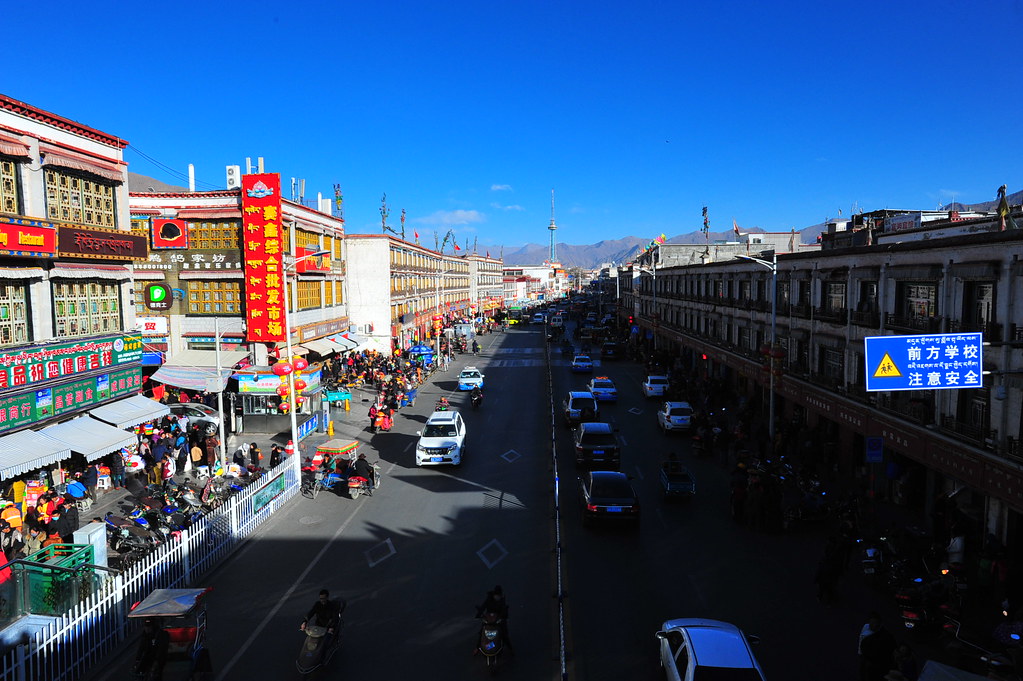 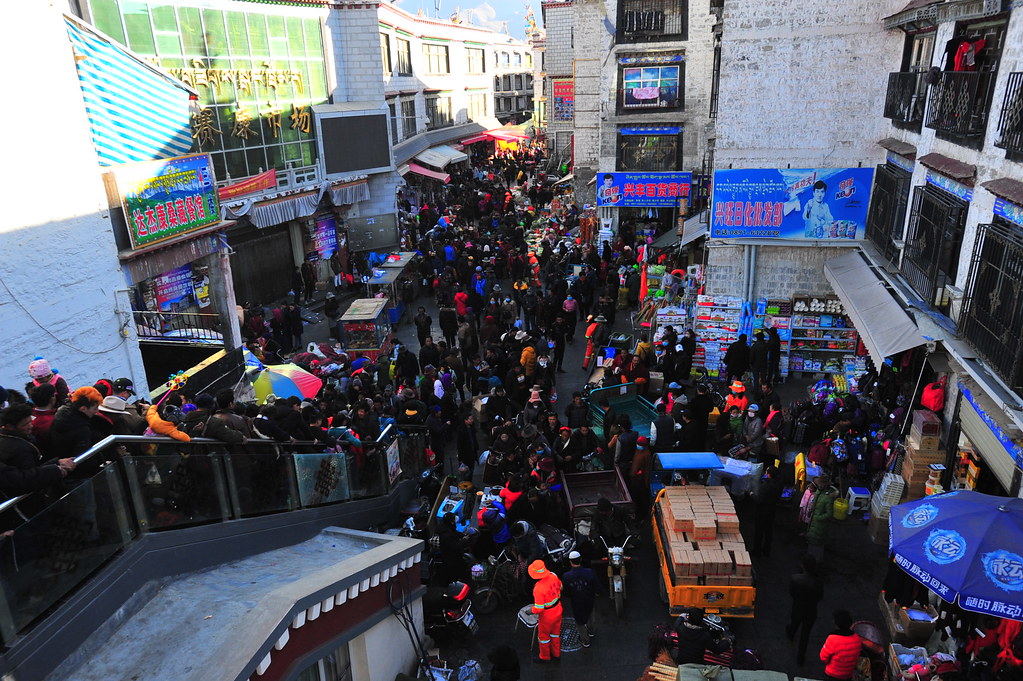 Now having dinner with yak meat at a hole in the wall tonight before we turn in and allow for our first night (hopefully of many) of full, restful sleep: 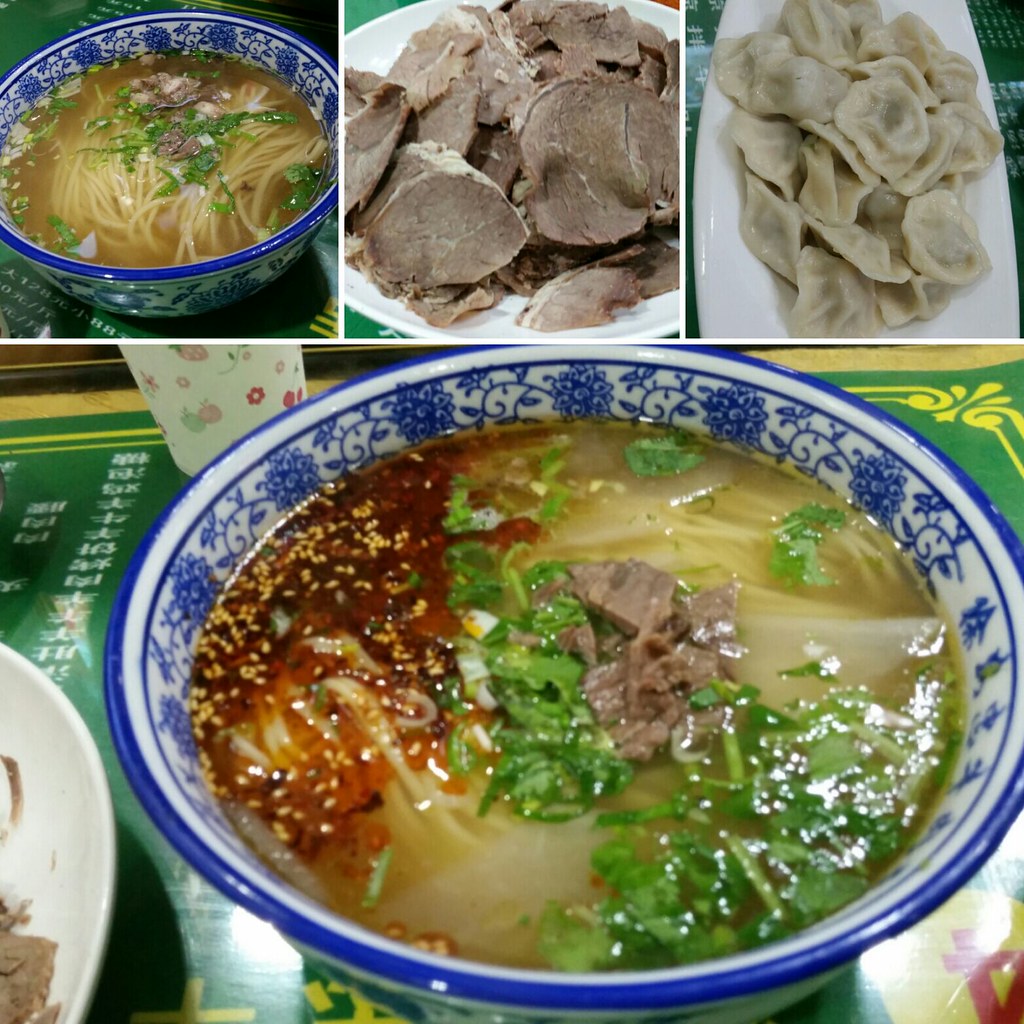