It’s another weekend on the road. Fresh off the heels from 2 months of speaking engagements that had led me from North Carolina to New Jersey, New York, and Michigan, I finally jumped on my first open weekend in months to take a group of previous monsooners to the capital of Scotland, Edinburgh.

Getting on a $300 Thursday 6:35pm WOW Air flight leaving from Newark, I popped some melatonin and slept like a baby for the next 6 hours, after which I spent a 2 hour layover in Reykjavik, Iceland.

It was good to be back in this well functioning Icelandic airport. 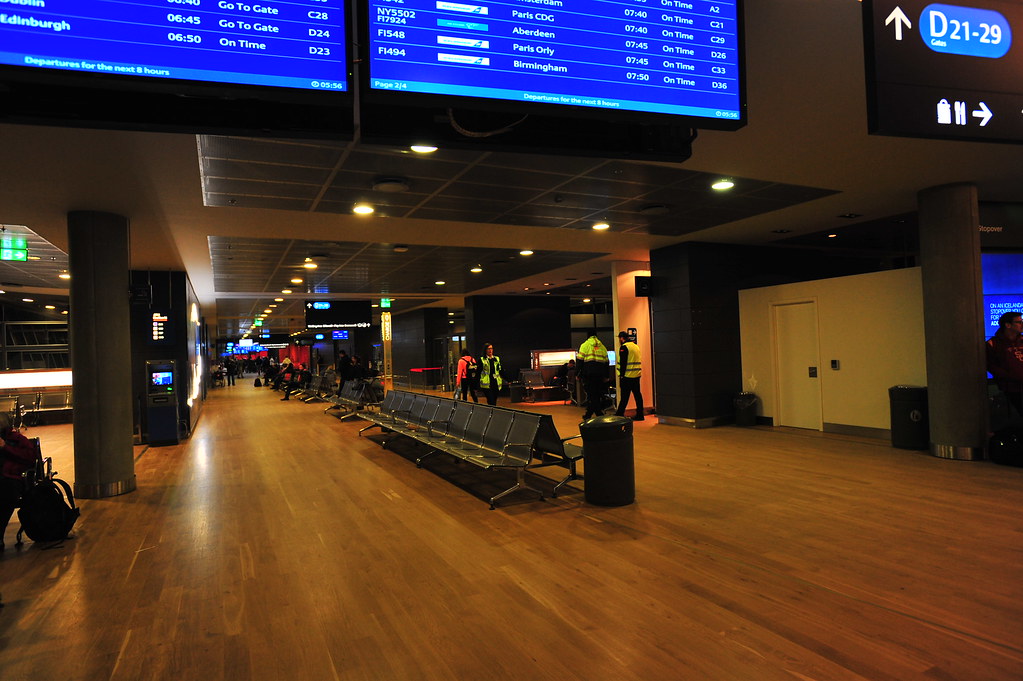 After delectably consuming some much needed Skyr (Icelandic yogurt) and getting by with some not-so-great chocolate-licorice candy bars, I then passed out again on my 2 hour flight from Reykjavik to Edinburgh, Scotland, landing at 9am Friday morning. 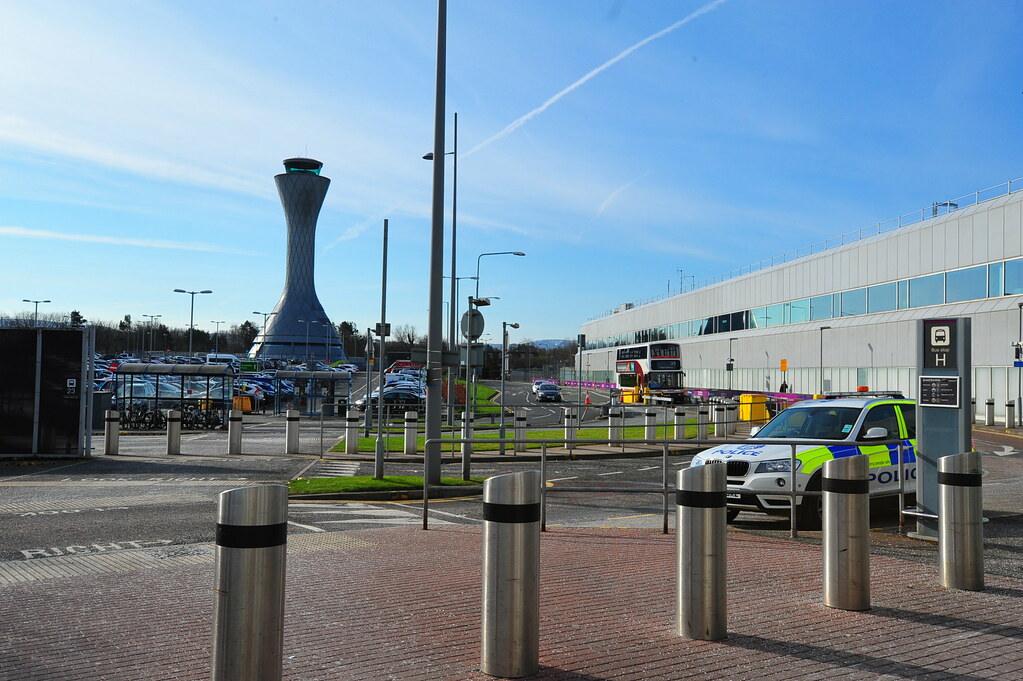 I then joined with Ambrose at arrivals, from where we took a 4£ Airlink Bus directly to the city center within 35 minutes. 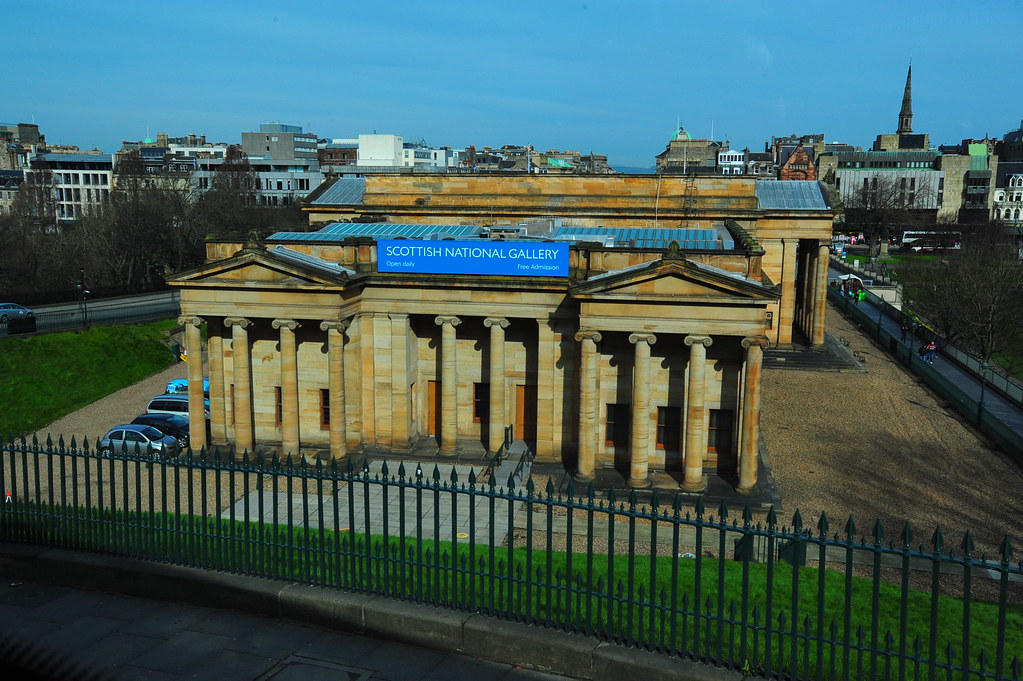 After reuniting with Mihaela and Taylan at 10am and dropping off our bags at Budget Backpackers Hostel on Cowgate, our first stop was to climb down Victoria Street, supposedly to have served as an inspiration for Harry Potter’s Diagon Alley. 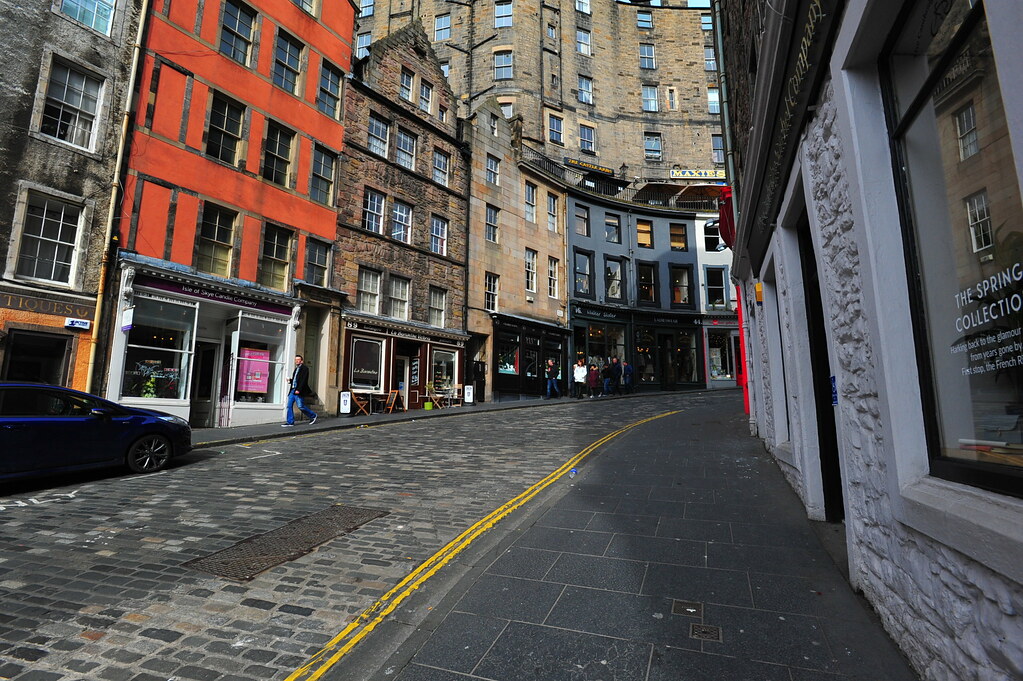 Then we linked up on The Royal Mile along High Street and headed west to Edinburgh Castle. 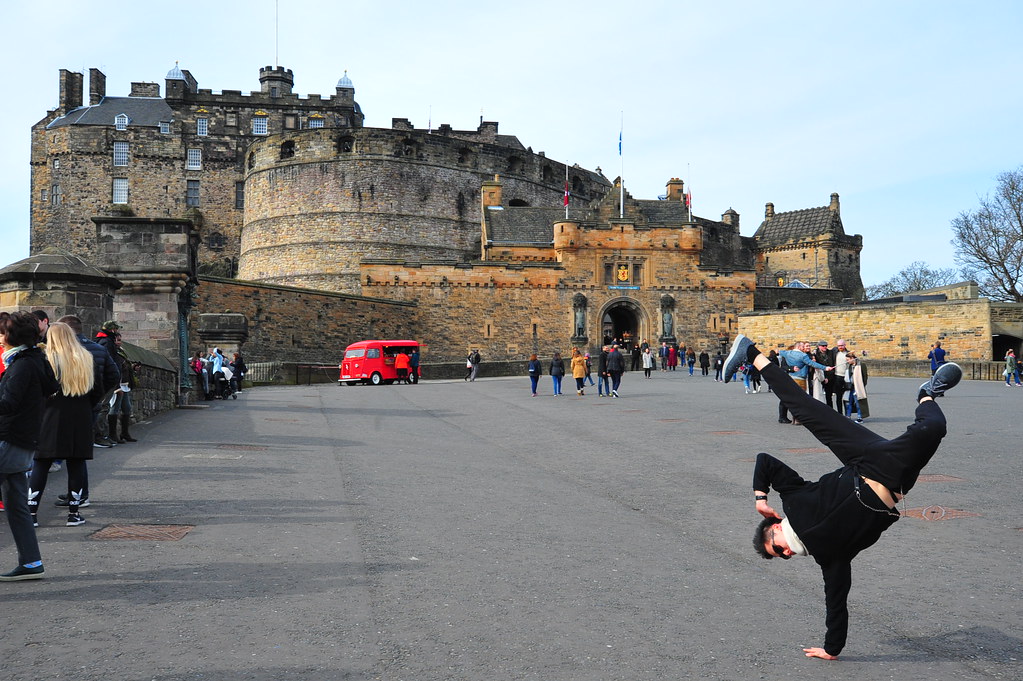 The castle costs about 17£ per person to get in and is home to the Edinburgh Tattoo. Situated on one of the highest points in the city, this royal fortress remains in pristine condition despite its continuous use for over a millennia. 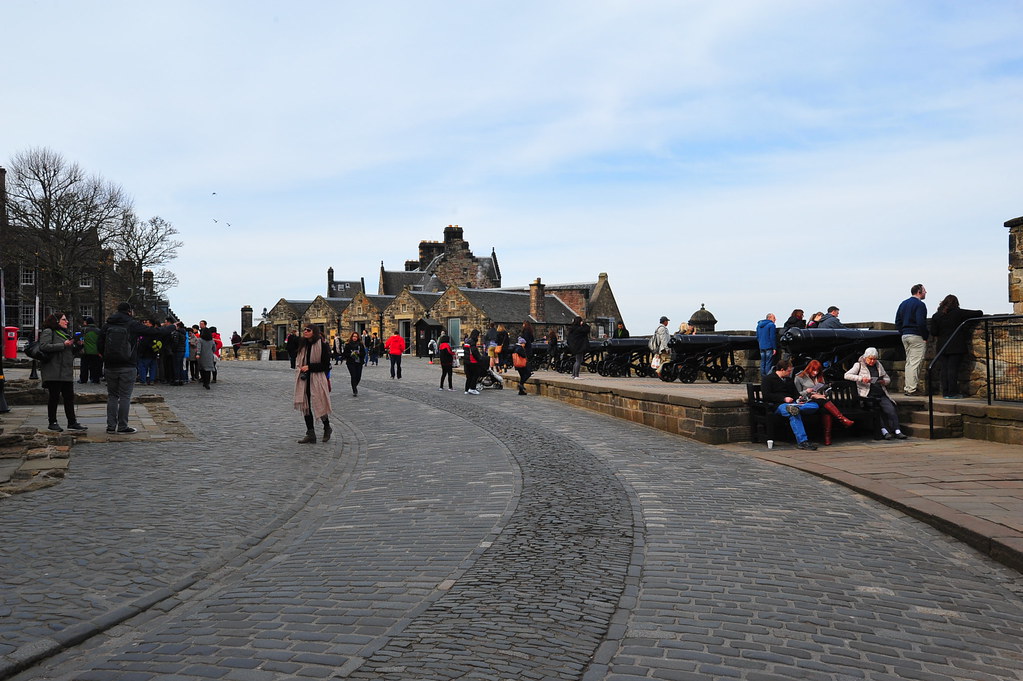 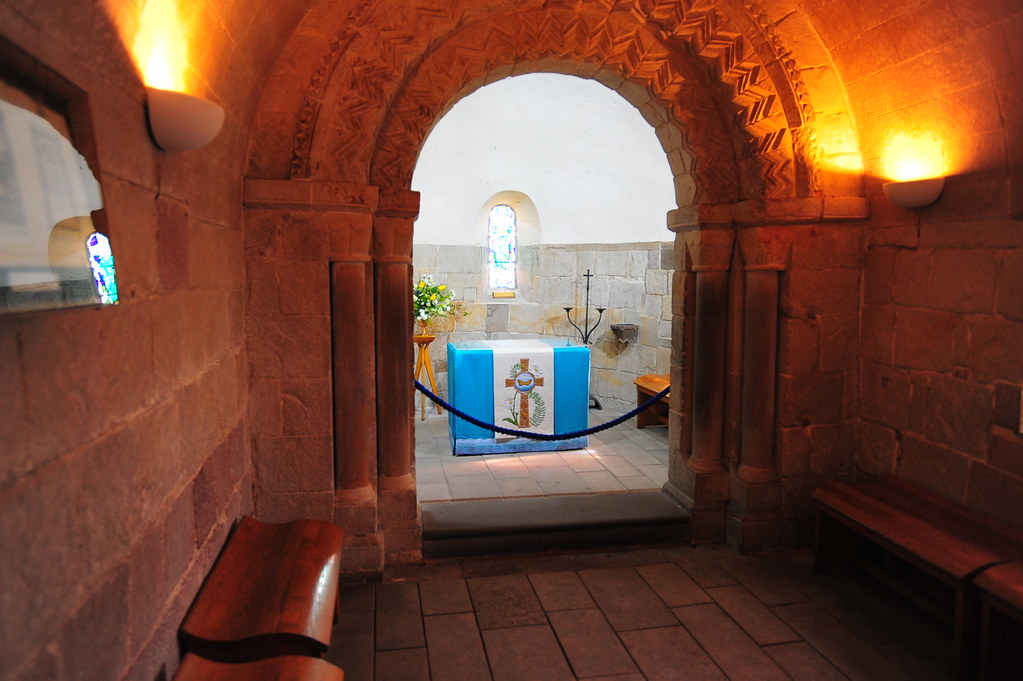 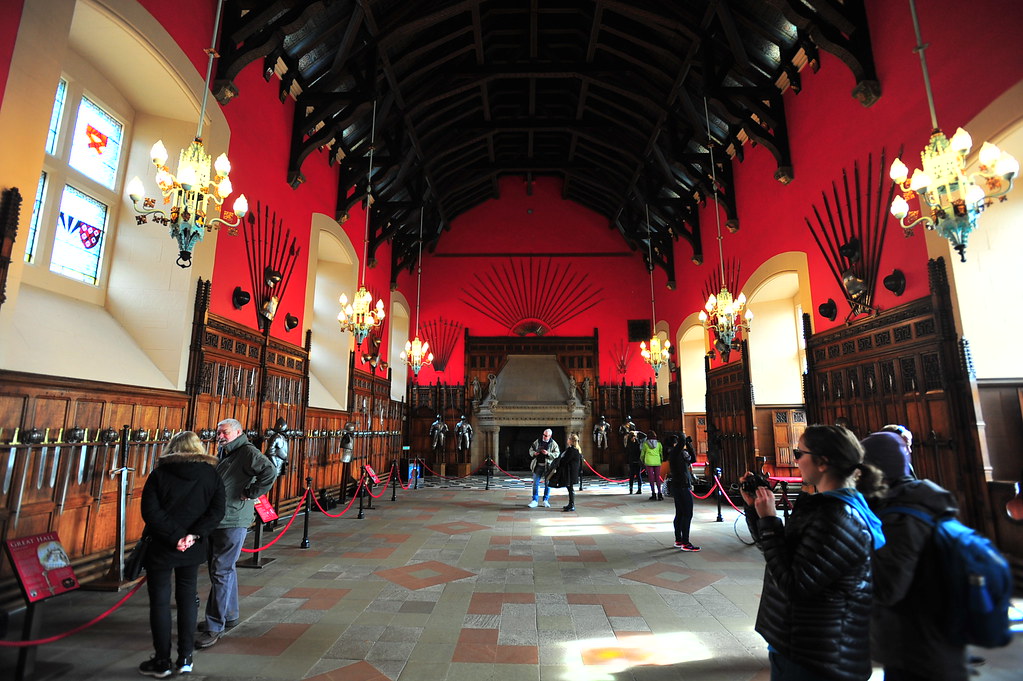 The best part of the castle are its views over Edinburgh: 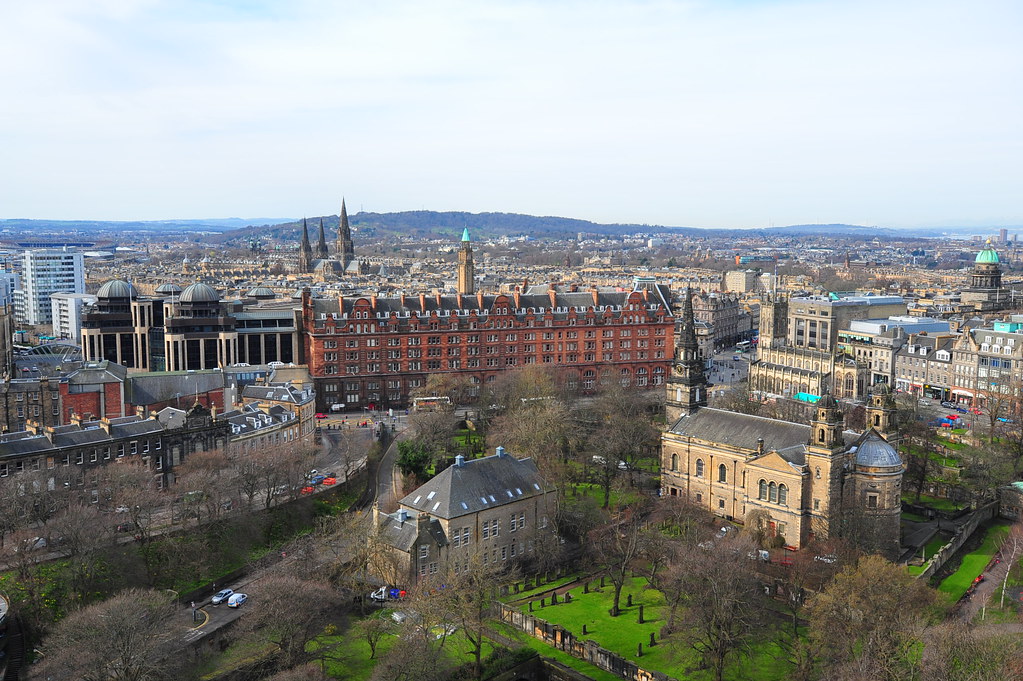 After an hour exploring every nook and cranny on the castle grounds, we headed back down to the Royal Mile and walked east towards St. Giles’ Cathedral: 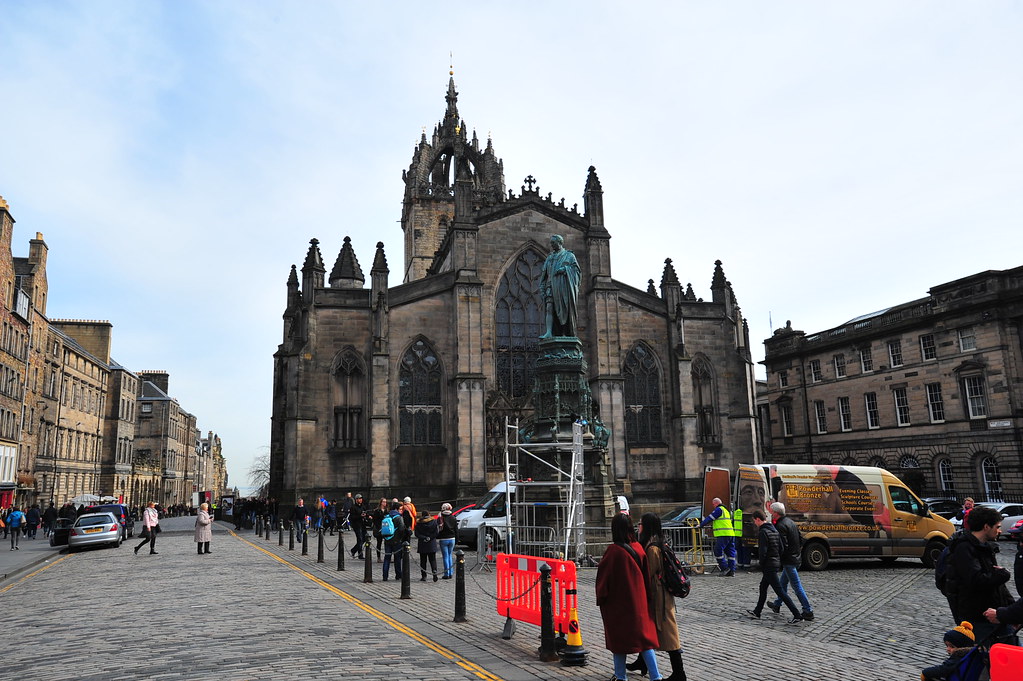 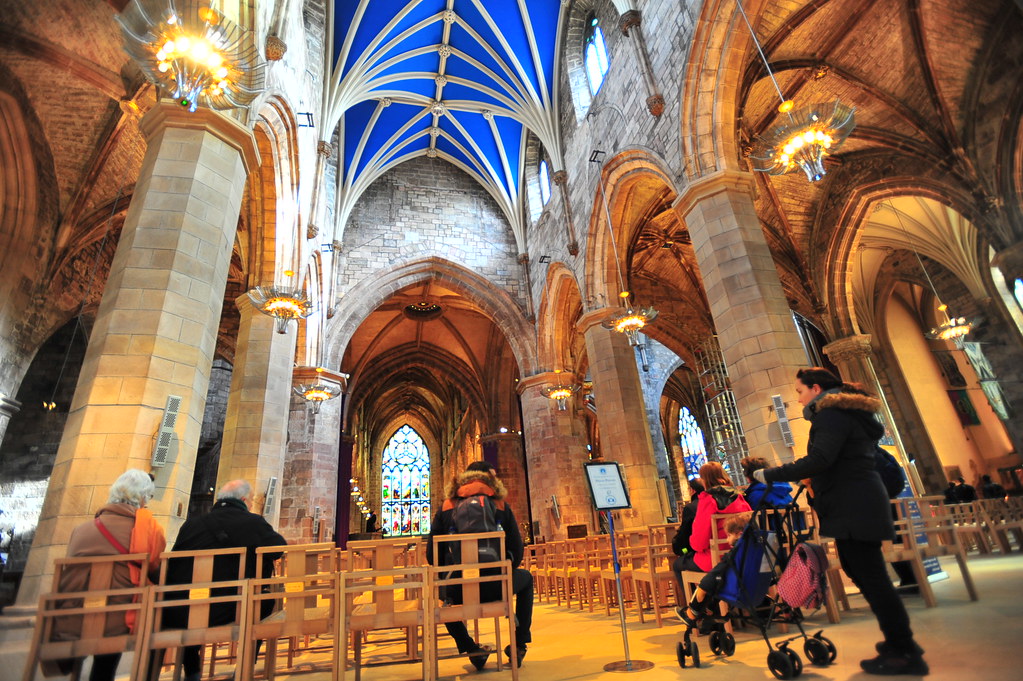 Imagine The Royal Mile as the spinal column of Edinburgh’s old city, while cramped streets (aka closes) serve as ribs that protrude outwards into the rest of the city.

It is along these cobblestones of The Royal Mile where Sherlock Holmes, The Encyclopedia Britannica, and Harry Potter were all conceived. 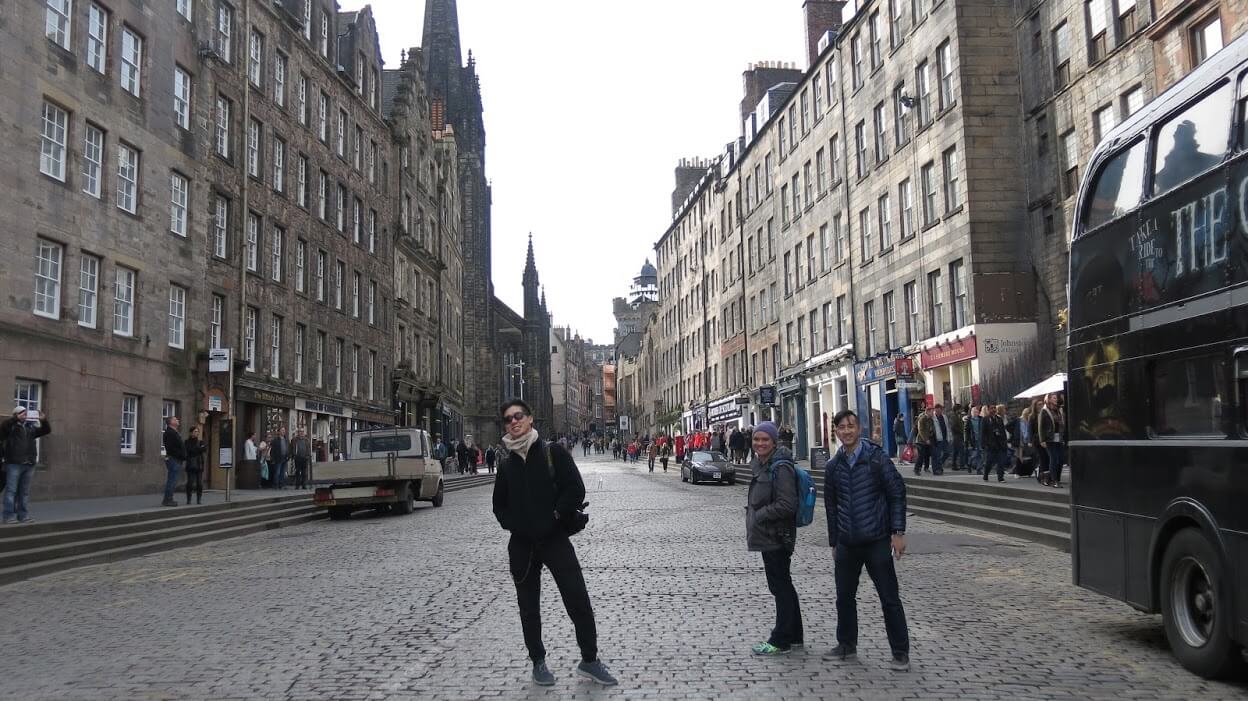 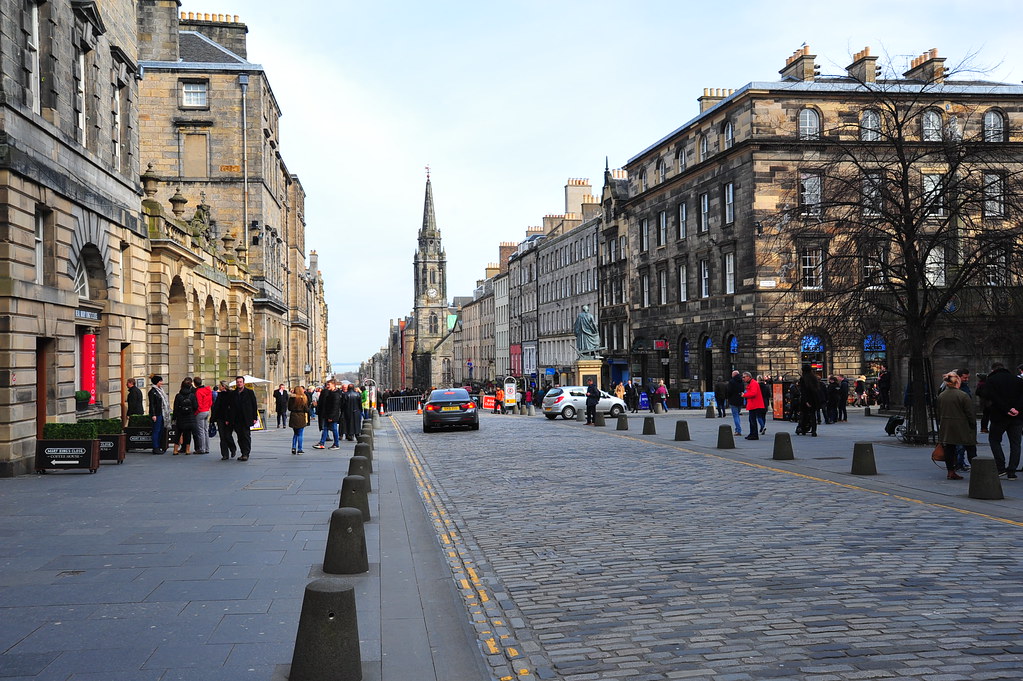 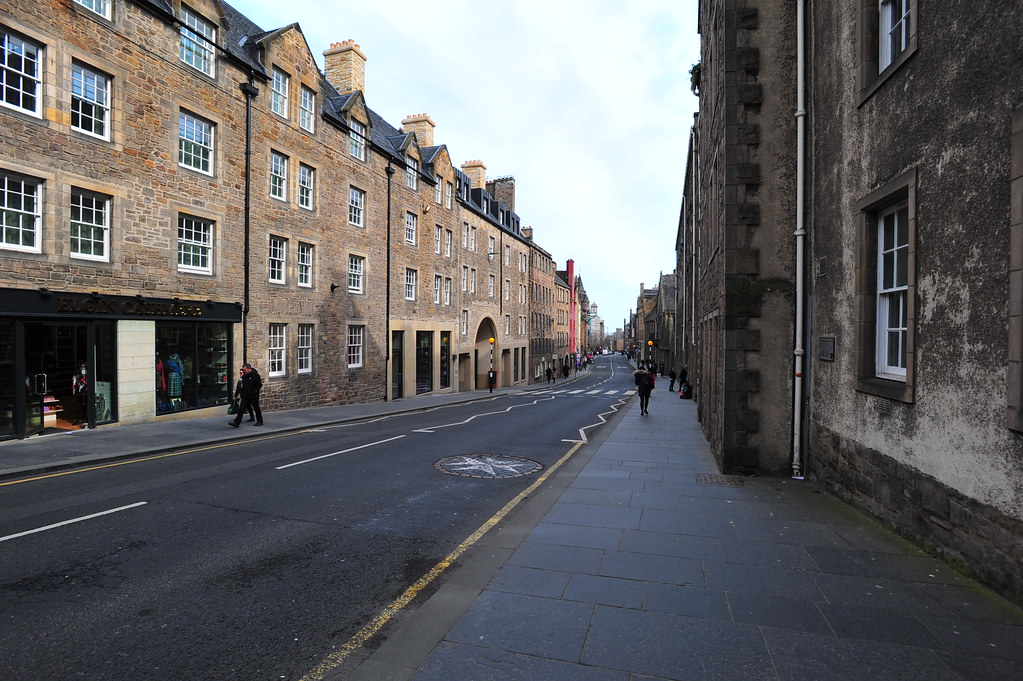 Many of the streets are still haunted, so watch your step! 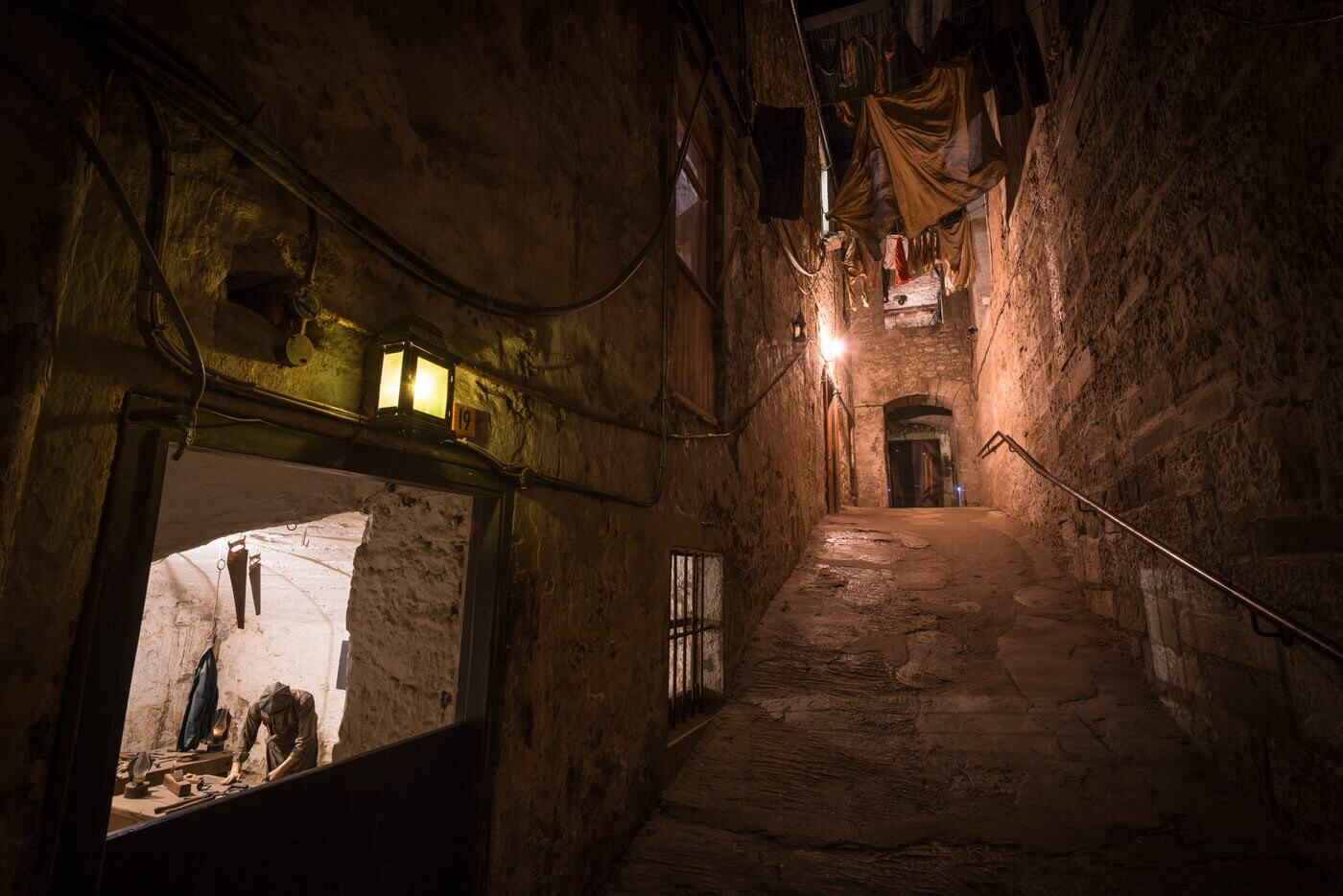 Then it was a much needed lunch at hotspot Oink, where you get a mouth watering pulled pork sandwich served with all types of Scottish sauces and toppings. 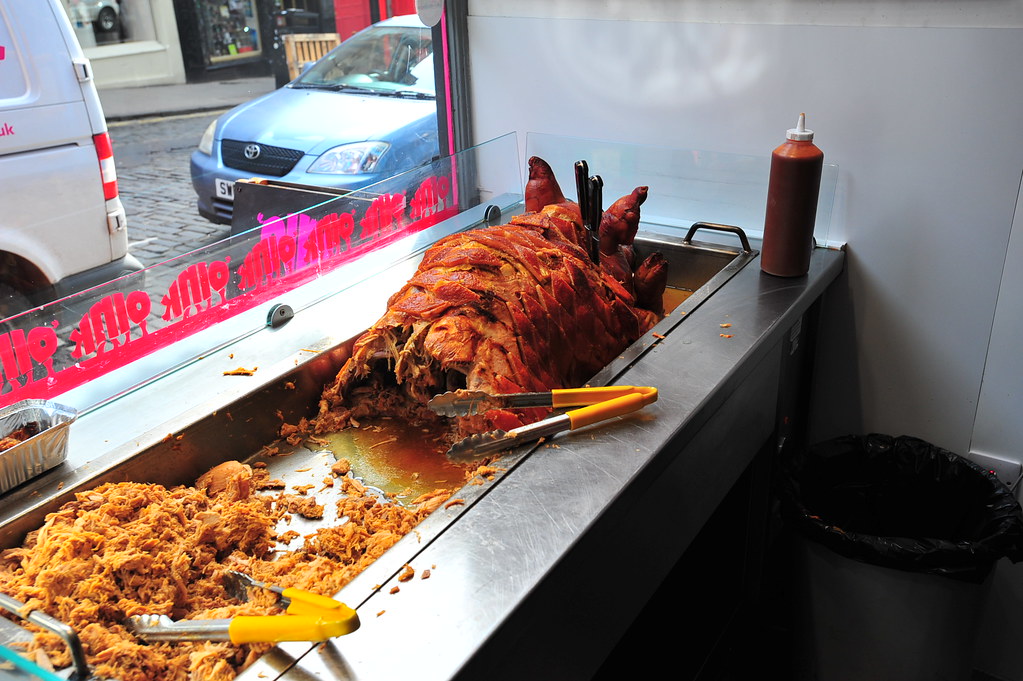 Head up to the edge of New Town for the glimpse of the impressive Scott Monument, which was built in 1846 to commemorate the life of Sir Walter Scott. You can climb it for 4£ for 200 ft tall views of the city centre. 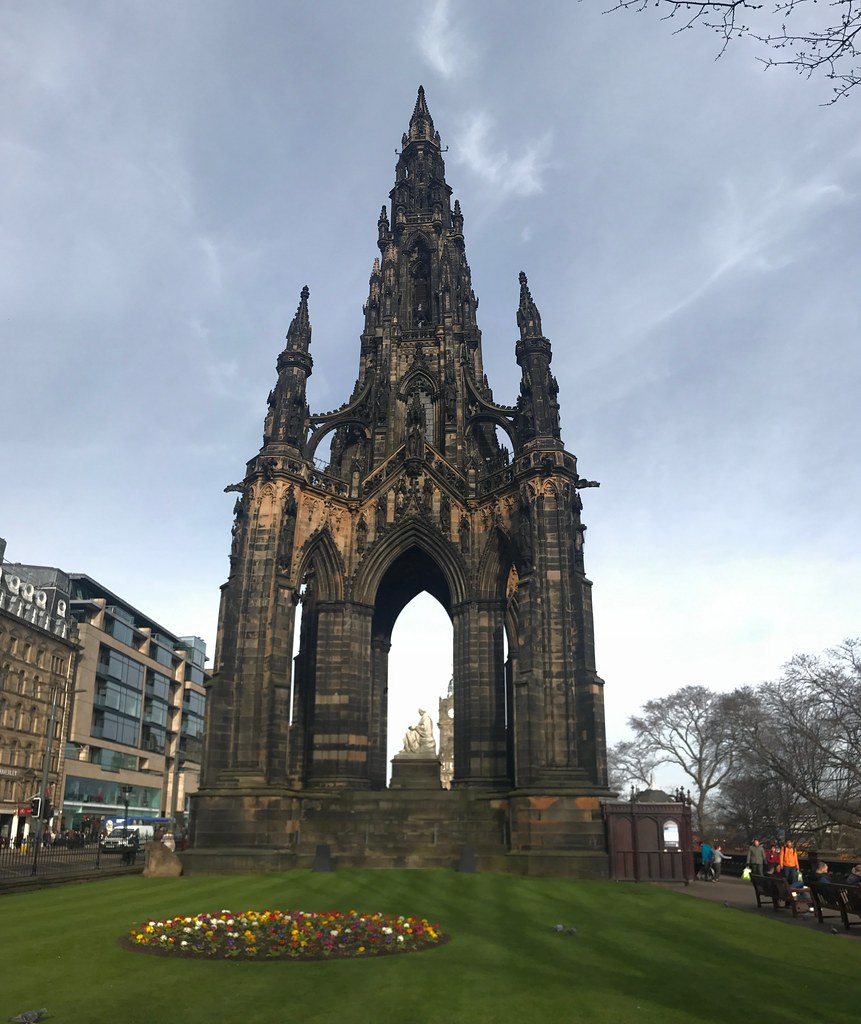 Afterwards we rested a bit with some shisha on a perfectly situated balcony overlooking Victoria Street at Hanam‘s. 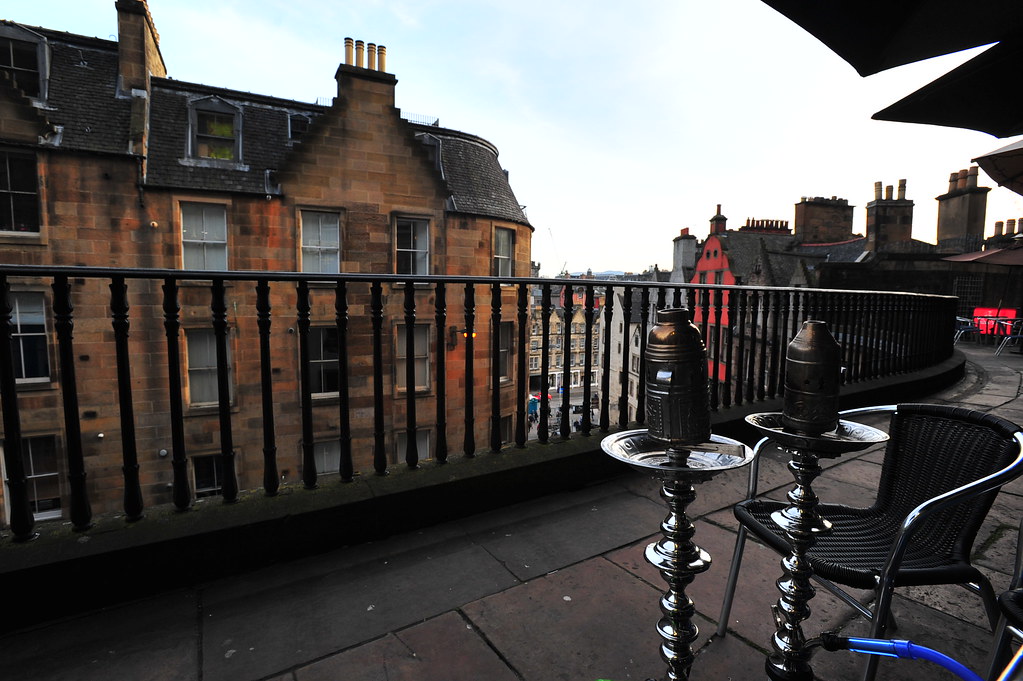 Then at around 6:30pm, Ambrose’s work friend from JP Morgan and a Edinburgh local, Eve, met up with us after work to take us out to her side of the city.

We swung by Greyfriars Kirkyard, famous for Disney’s Greyfriars Bobby, the loyal pup who stood guard by his deceased master at the cemetery until he became a permanent resident himself… 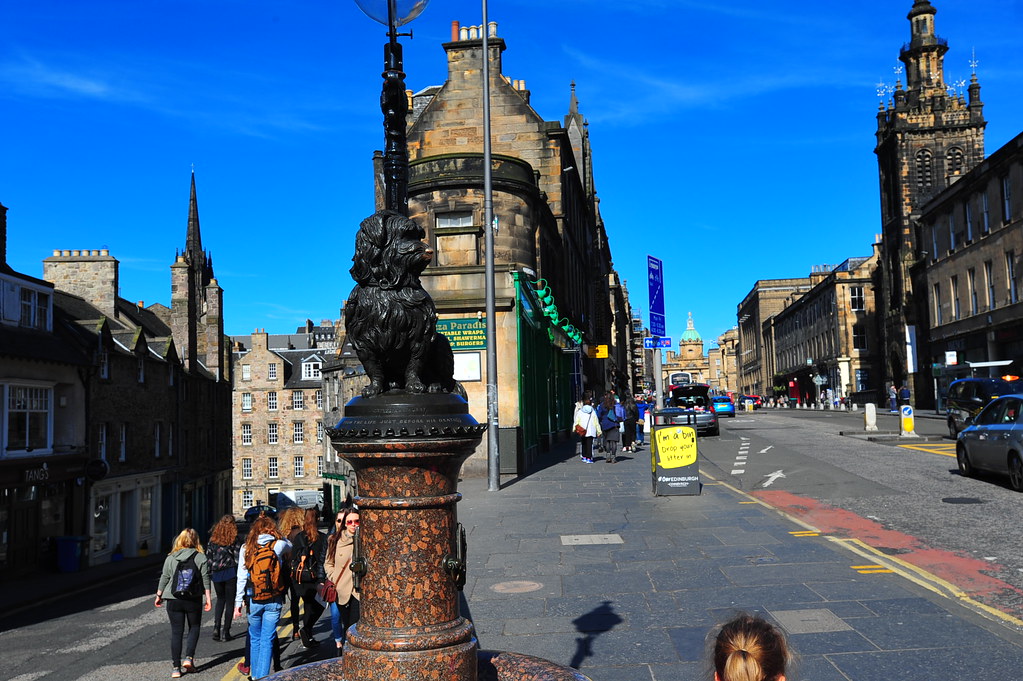 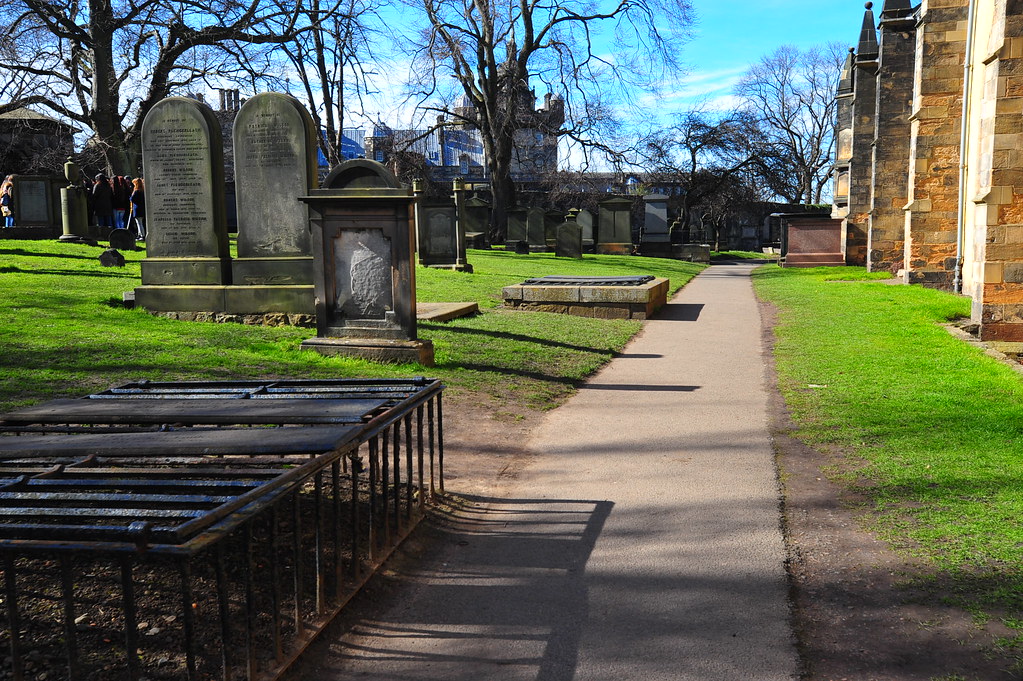 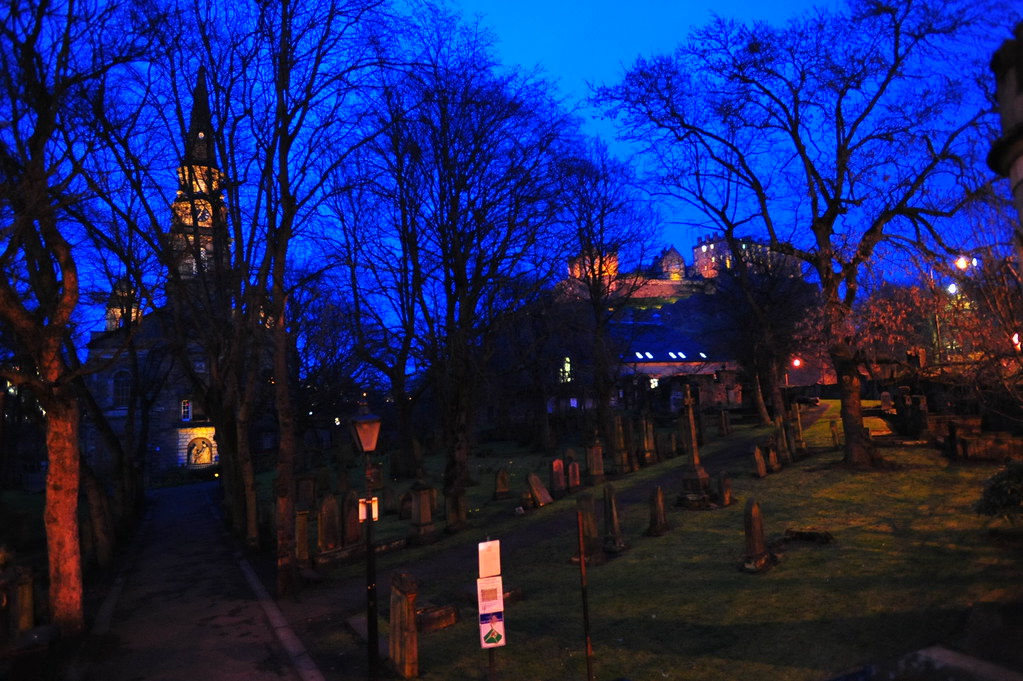 And headed up north to meander among the charming and eeriely calm residential upper crust streets of New Town. 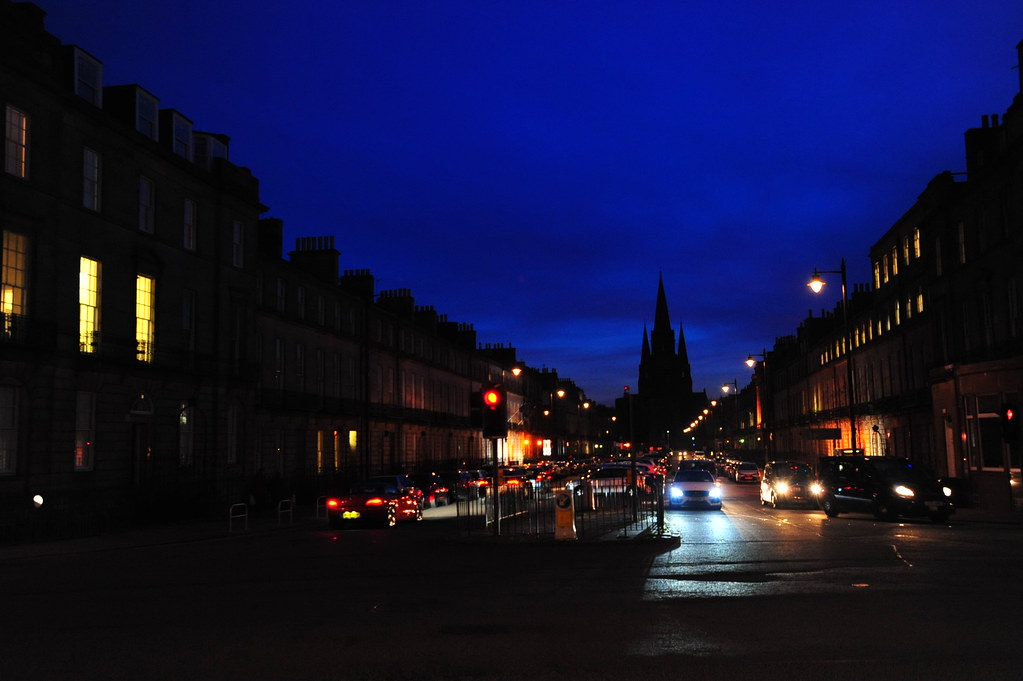 Far from the bustle of Old Town are infinitely lined frescos of New Town and dynasty-ruled properties owned by family lineages that probably stretch back as far as the 1800s.

This was a completely different aspect of Edinburgh we’ve experienced, and a much appreciated one as we wouldn’t have found them without Eve to guide us. 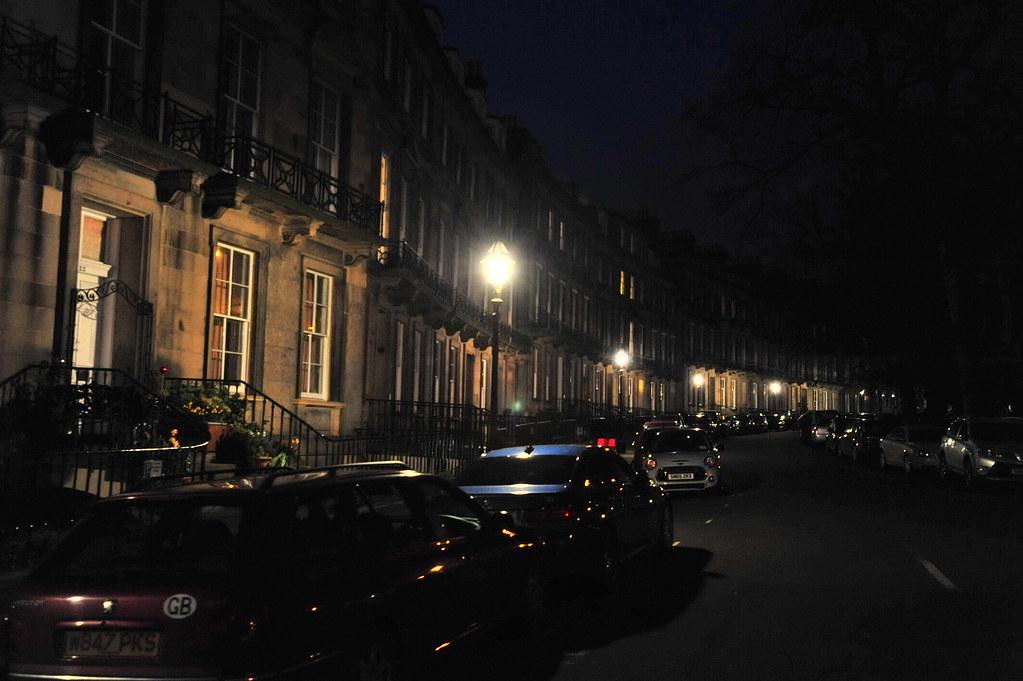 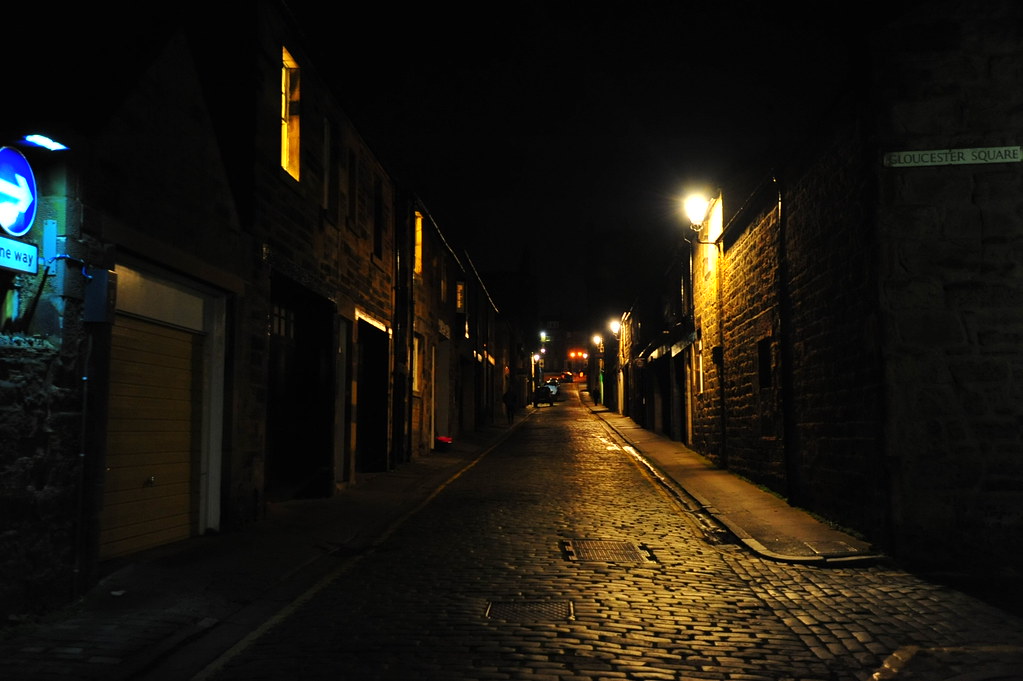 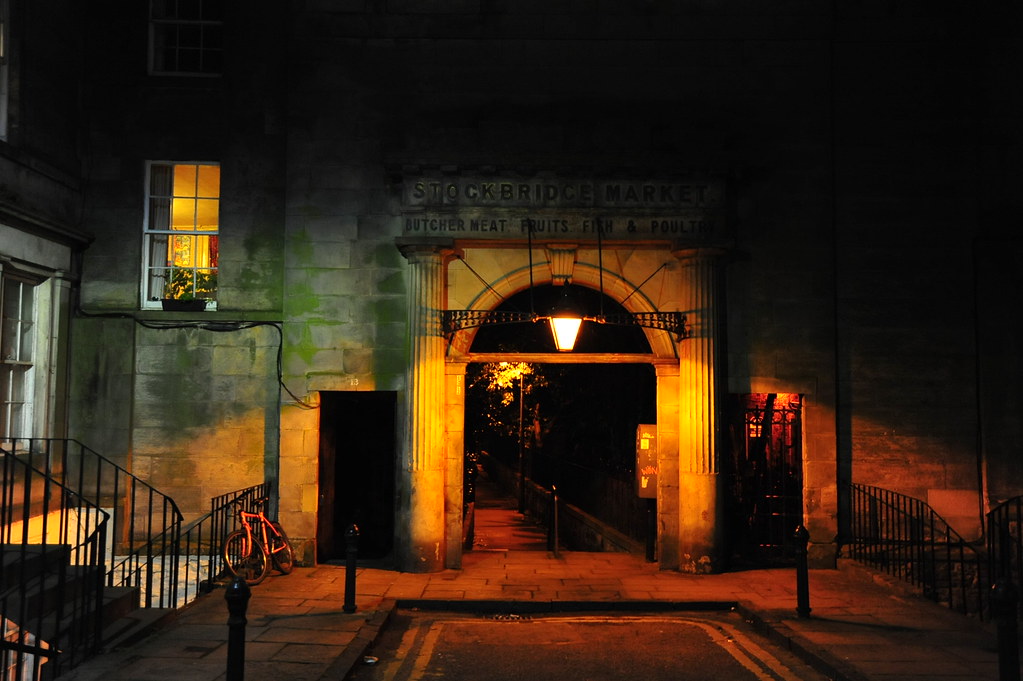 Then from here Eve and the group took a 10 minute cab ride onwards to her current home in Leith.