After a brief detour in Sidi Bou Said (and head to that post if you want information on the public transportation we took to get there from Tunis), we walked 10 minutes south along Rue du Maroc towards Carthage: the historic capital city of the ancient Carthaginian empire that was founded by Queen Dido.

This very city ruled the Mediterranean during the first millennium BC before it was conquered and wiped out by the Romans in the 3rd Punic War in 146 BC. It eventually was rebuilt as Roman Carthage which became the focal point for the Roman Empire’s affairs in North Africa.

Heading along Rue du Maroc, one of the first things we passed on our left walking south were the ruins of Basilique de Saint-Cyprien. 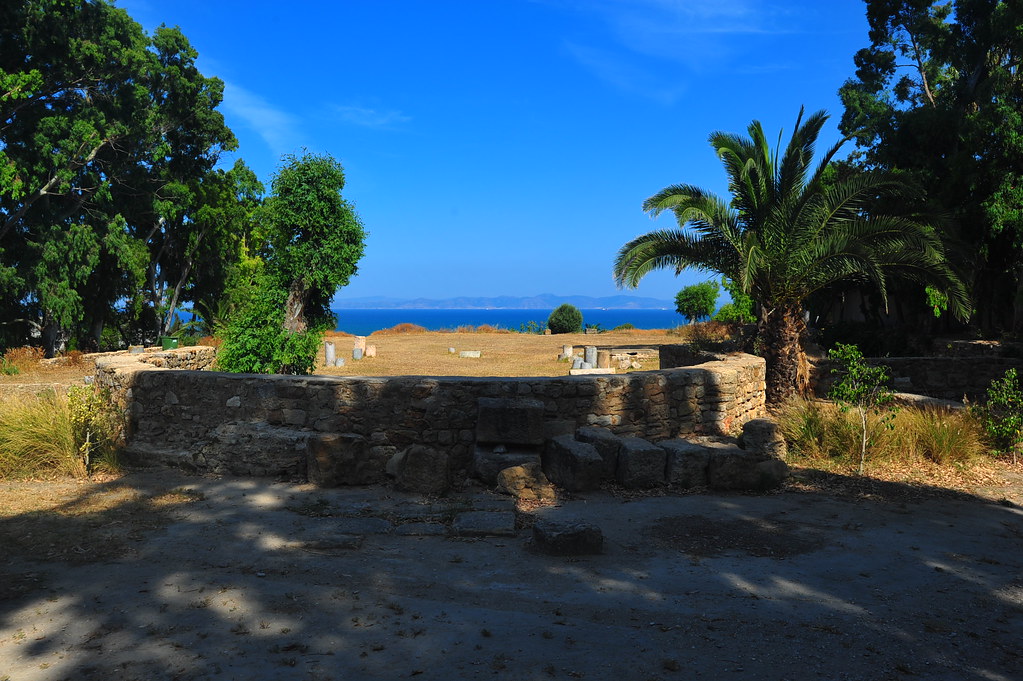 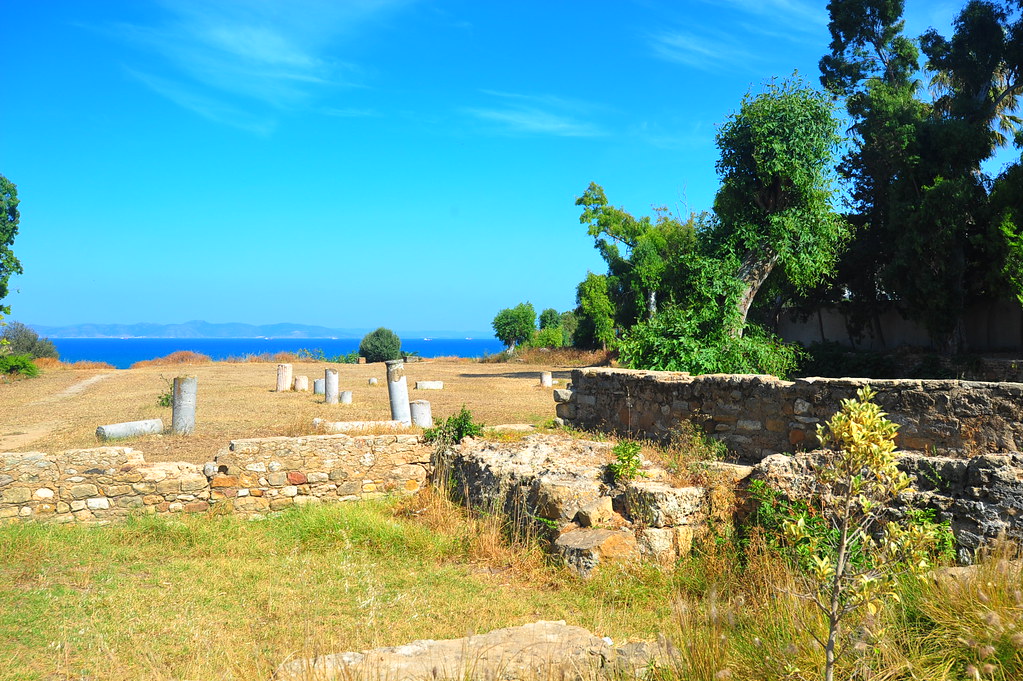 Then getting back on Rue du Maroc, we walked by a very very long Presidential Palace complex, of which photo-taking were not allowed (thanks to multiple armed guards and policemen who took excruciating pains to remind us that along our stroll). 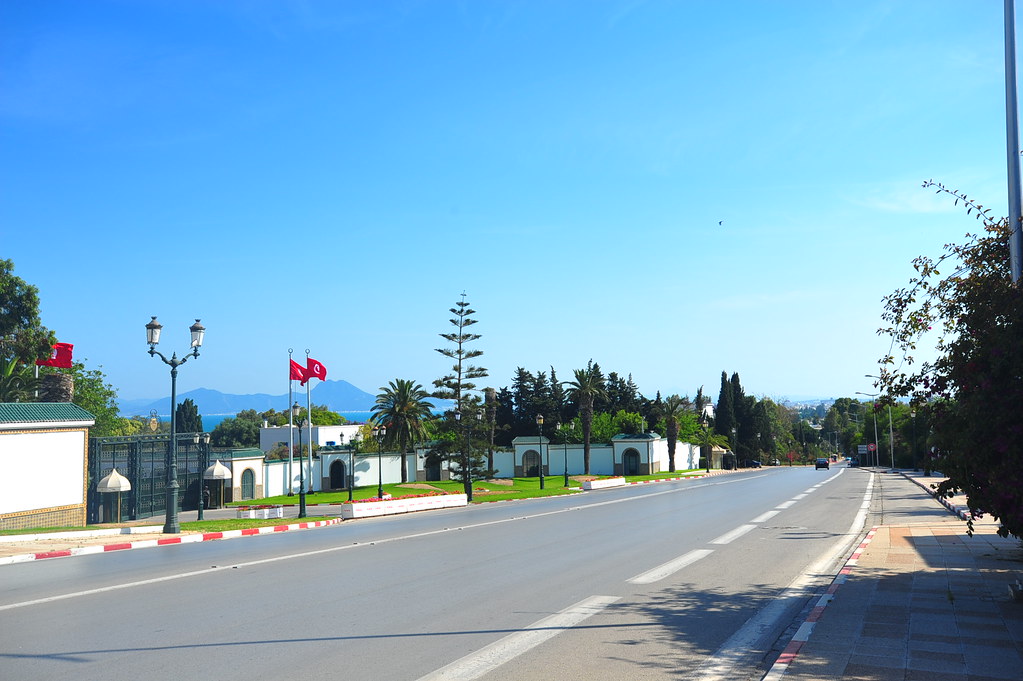 We then headed down further and made a left towards the entrance to the Antoine Baths. 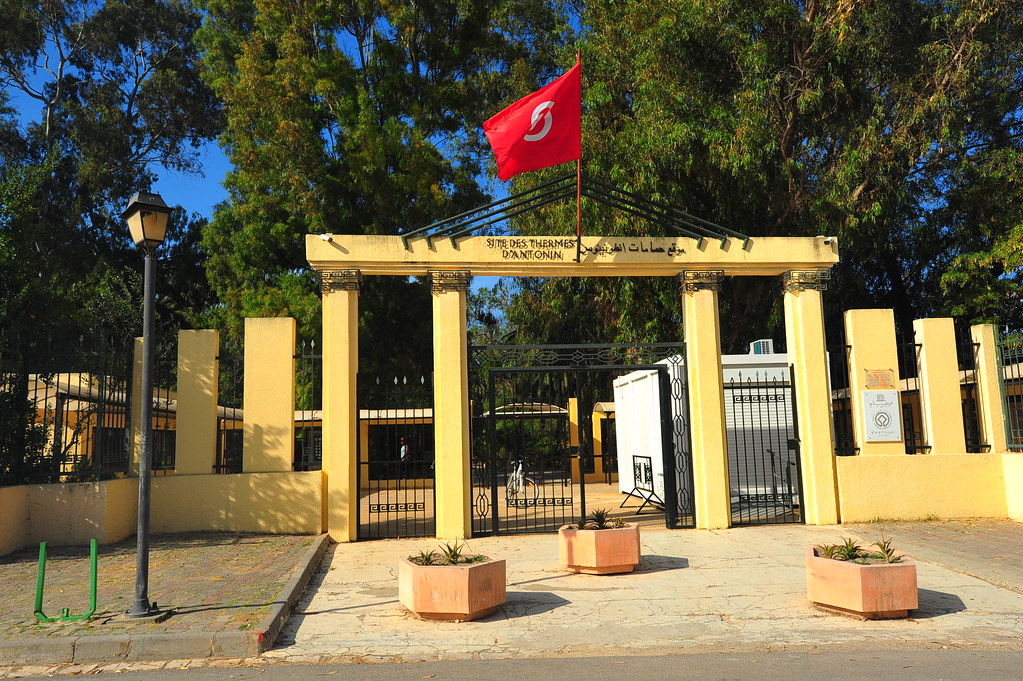 Here for 10 dinars a person you can buy a ticket to all the ruins in Carthage, namely the Amphitheater, the Villas Romaines, the Theatre Romain, the Musée Paléochretien, the Musée de Carthage, Tophet de Salambo, the Antonin Baths, and the Quartier Magon. Just make sure you use it before 5pm as all the sights close by then.

The best one of all of them to see, if you had time to see only one, is the Antoine Baths, built by Emperor Antonine Le Pieux in the 2nd century BC where only the boilers and wooden reserves remain. It was one of the largest baths of the ancient empire (the largest being the Baths of Diocletian, which I actually visited 2 weeks ago when starting this trip in Rome) The 15m tall column otherwise gives an idea of the size of the actual baths. 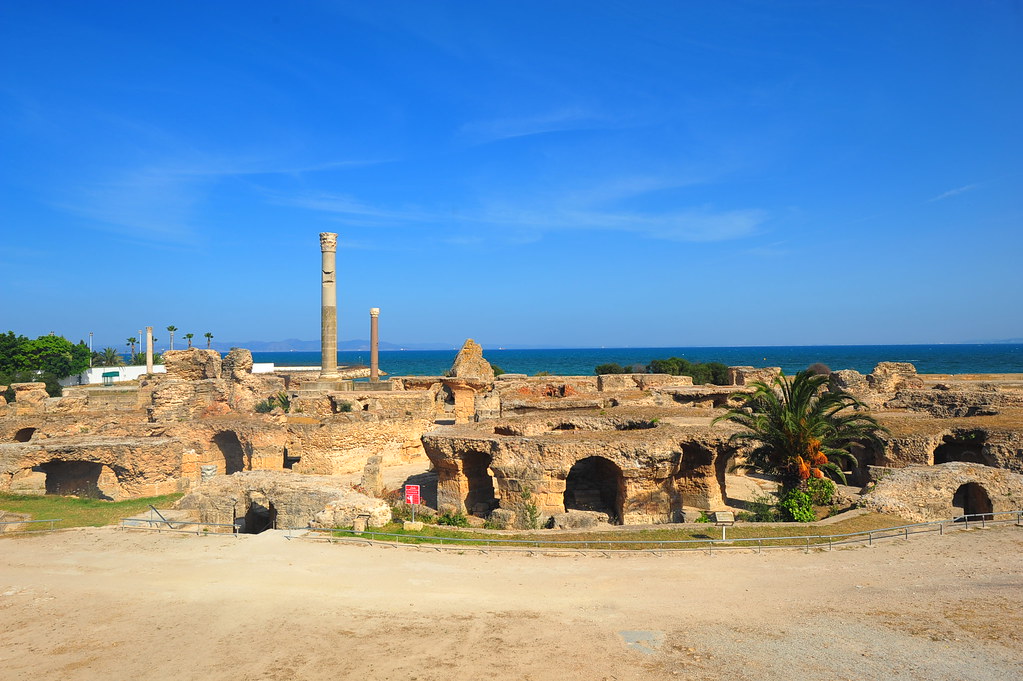 Although this place is a UNESCO World Heritage Site and one of the most important tourist destinations in Tunisia, you’re allowed to climb down into the actual ruins and explore them up close with nary a tourist, or anyone for that matter, in sight.

Just don’t be a dick by touching or taking things with you because there’s literally no security watching you here. 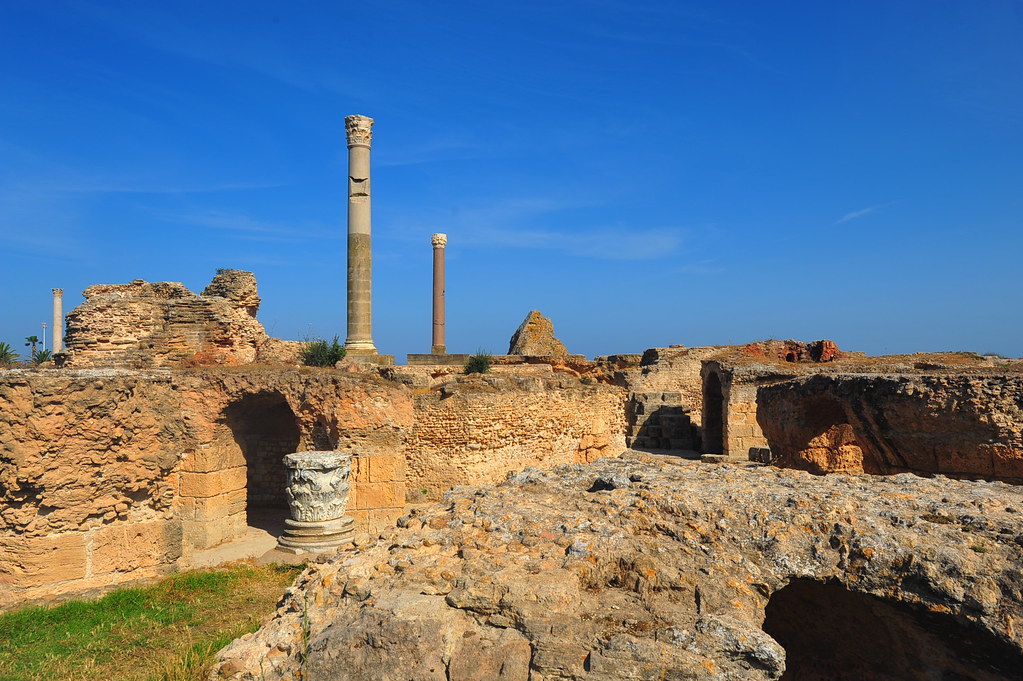 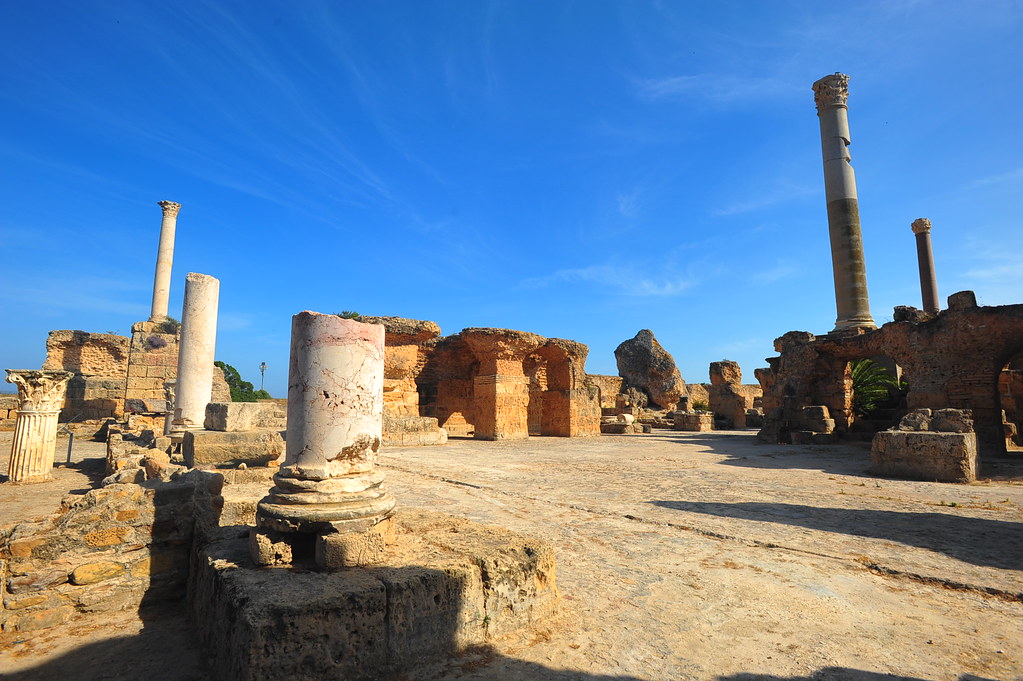 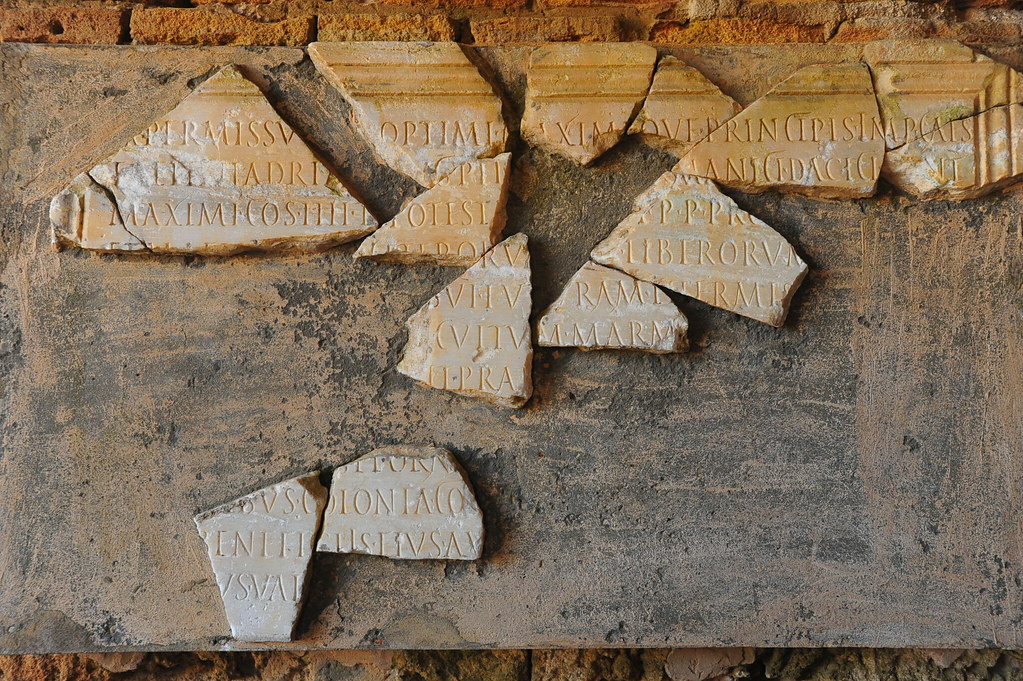 After about half an hour here we headed back out and walked a few streets west to the ruins of Villas Romaines, a Roman country house: 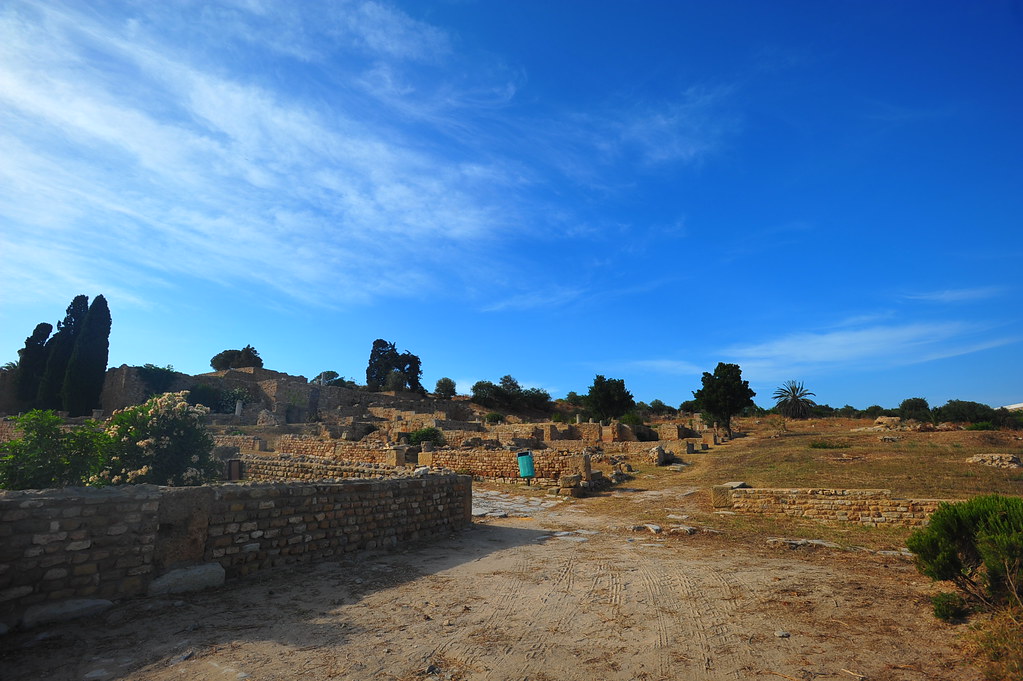 At this point, especially after a morning at the hammam, we were getting tired of walking and decided to hire 2 cabs for 10 dinars a person to show us around the rest of Carthage’s ruins and then take us back to the Tunis medina. The cab drivers would also call the ticket offices ahead to keep the ruins open for us past the 5pm closing time. Not a bad deal!

So our next stop was up the hill to Saint-Louis Cathedral on top of the Byrsa hill. Built in 1884, it is now a cultural center for Tunisian classic music concerts. 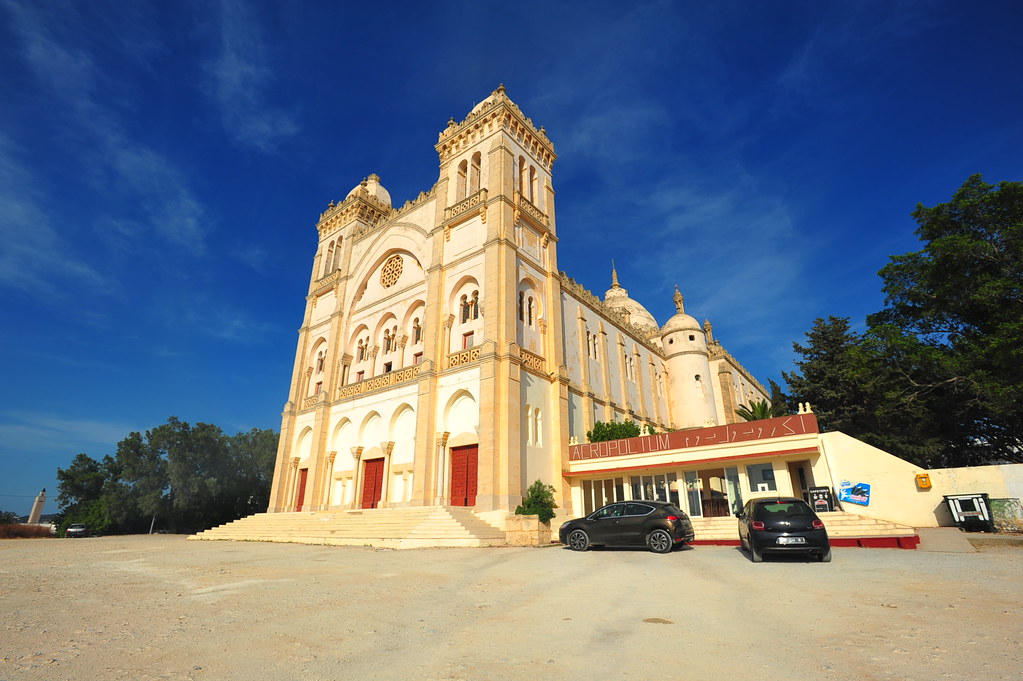 Afterwards we were taken to the ruins of an old Roman amphitheater:

And then the old Roman aqueducts and cisterns (Quartier Magon or Cisterns of La Malga) that used to ferry and hold nearly 51 million liters of water from up to 90km away. These are the largest known surviving cisterns from the ancient world.

Then driving towards the coast we took photos of the Punic Ports of Carthage, which was once a military harbor and trade port built in the 2nd century BC and housed up to 170-180 ships. 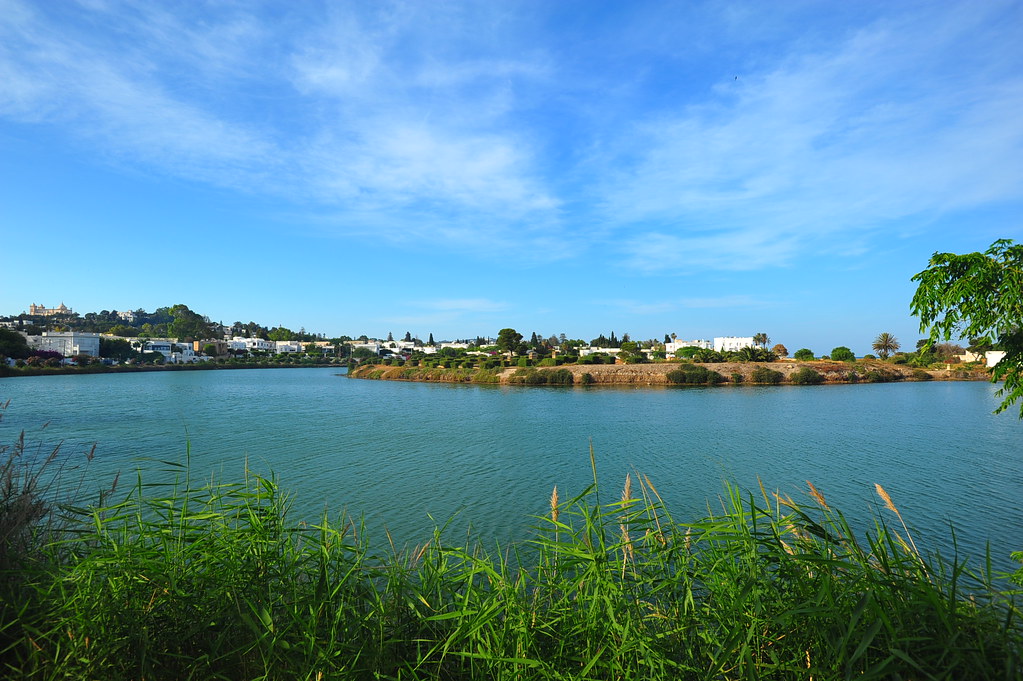 And with that we returned home, washed up, and had one final group dinner together back at where we had our morning hammam at Palais Bayram. 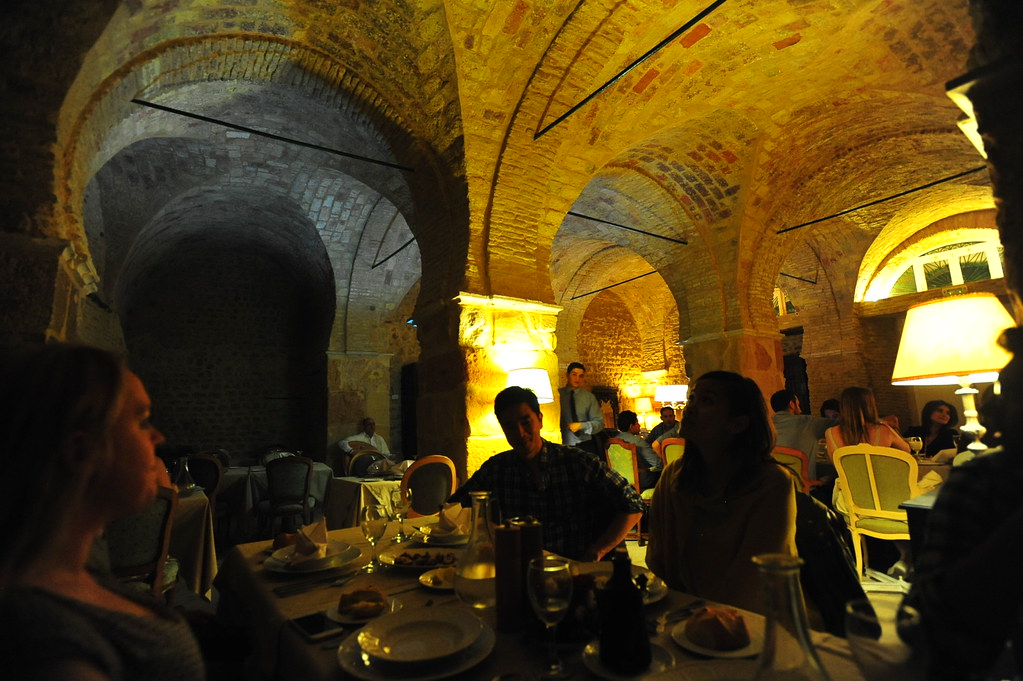 It was pretty surreal to watch this group of 10 strangers come together so cohesively after a whirlwind 6 days together through 3 countries, especially when the nervous ones even admitted how wonderfully and unexpectedly surprised they were with their time in Tunisia.

It’s sad to say goodbye, but after nearly a week together on the road, it’s time to go home. 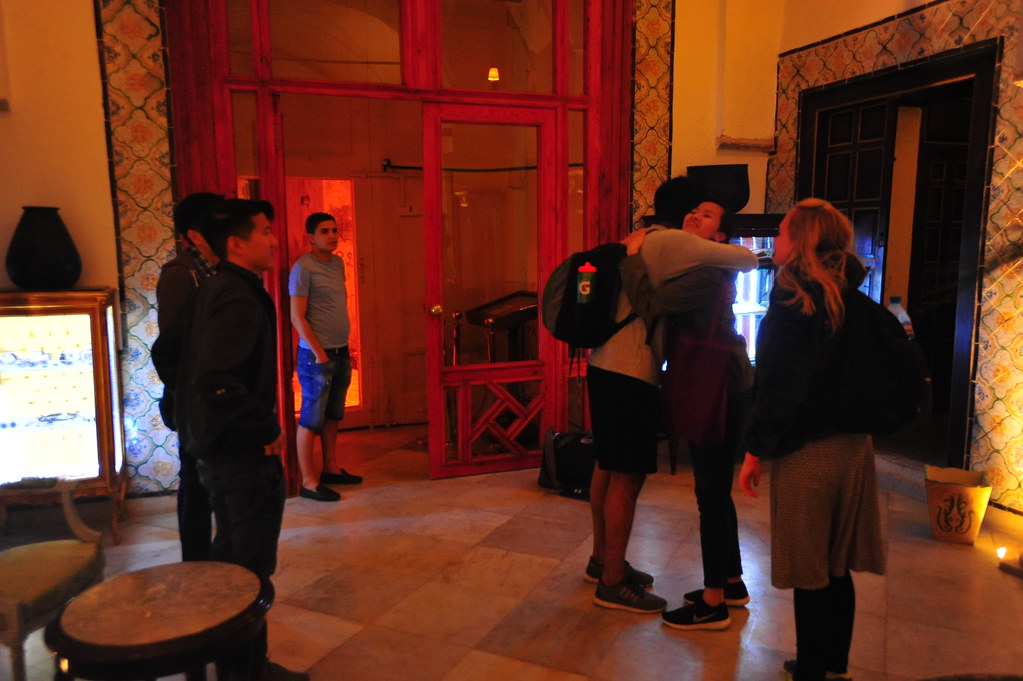