After taking it easy on Club World business class via British Airways, I landed in Zagreb at noon, where I would have a 9 hour layover before my onward flight to Belgrade. However, the international airport at Zagreb (Croatia’s capital city!) has NO left luggage storage facilities or lockers if you want to store your larger bags and do a day trip around the city. Therefore, my only option was to head into the city and lock my bags away at the train or bus station.

Given that the main train station would be closer to the city center, I hailed a $14 USD Uber ride there, which took about 15-20 minutes. 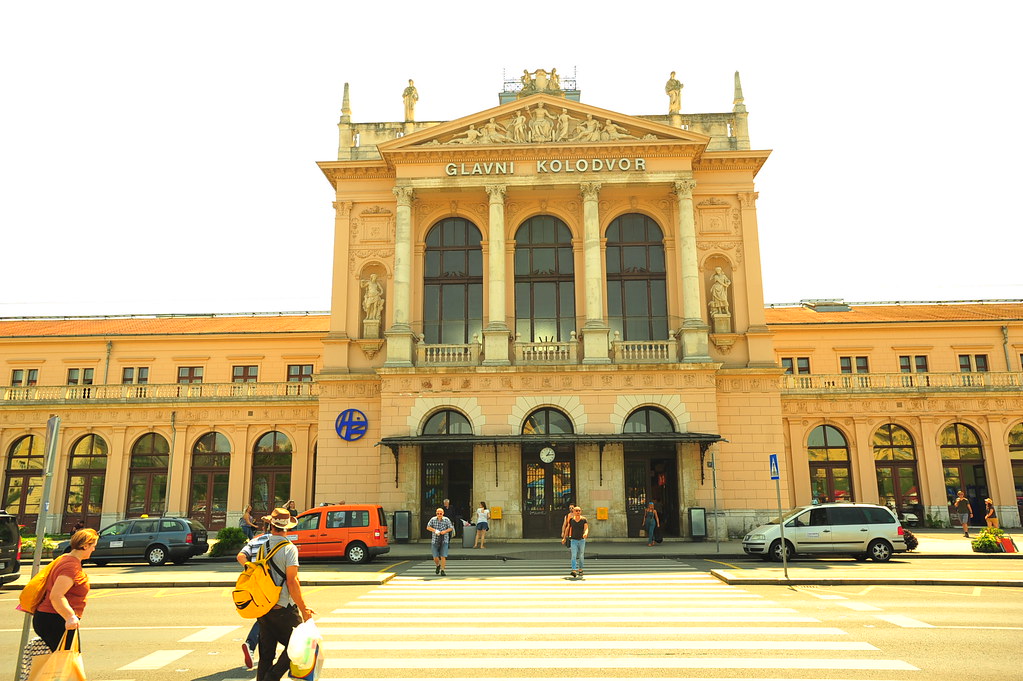 The train station has ATMs and adjacent room where you can exchange bills for coins, with which you can then deposit for a locker outside (with removable key for you to keep for the day) for 15-20kr depending on the locker size. It was pretty simple.

After storing away my big bag, I walked north 10 minutes into the city center. 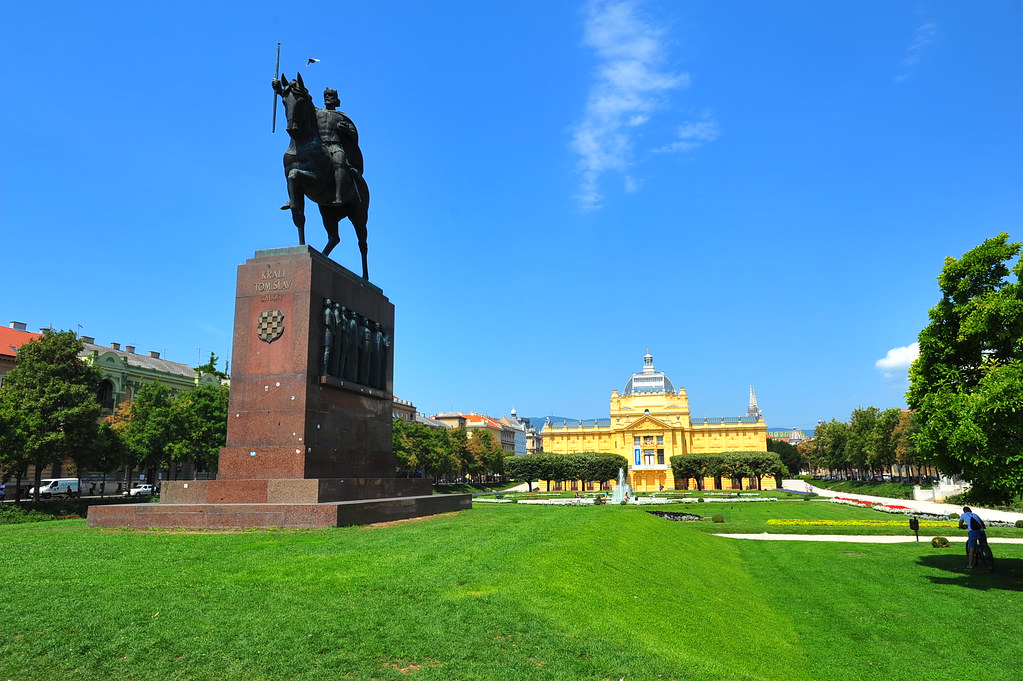 Once you reach the center, you’ll find another charming pedestrian-only wonderland that’s typical of European capital cities. One of the more recognizable landmarks is a piece of vandalized street art known as Grounded Sun, which has seen better days. 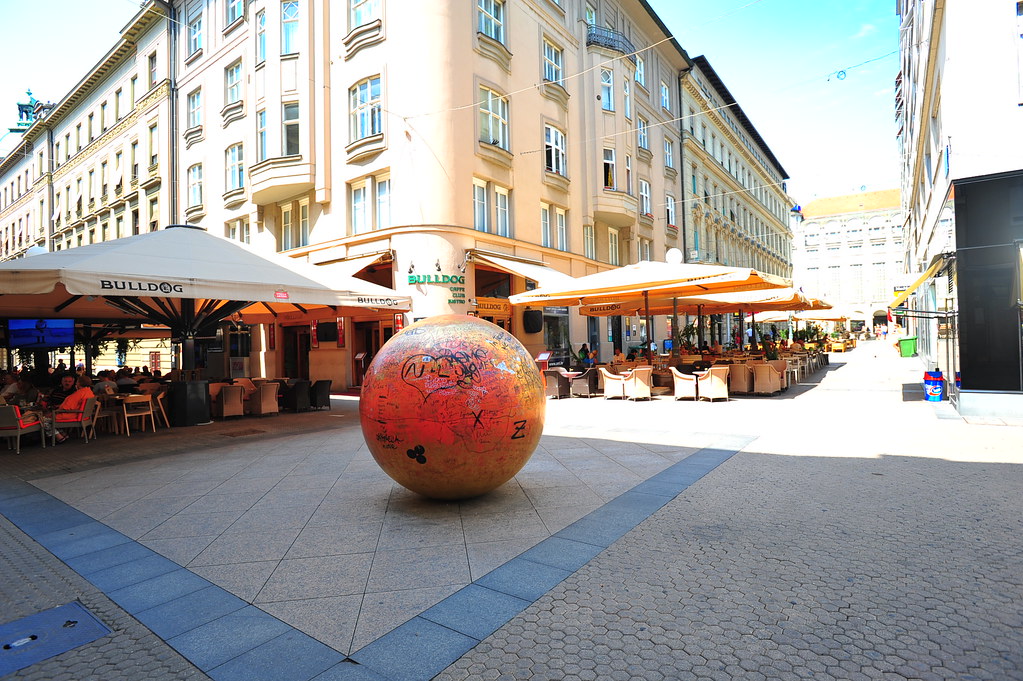 Otherwise this whole place feels like another quintessential bite-sized European capital city to which you can escape from all the crowds. 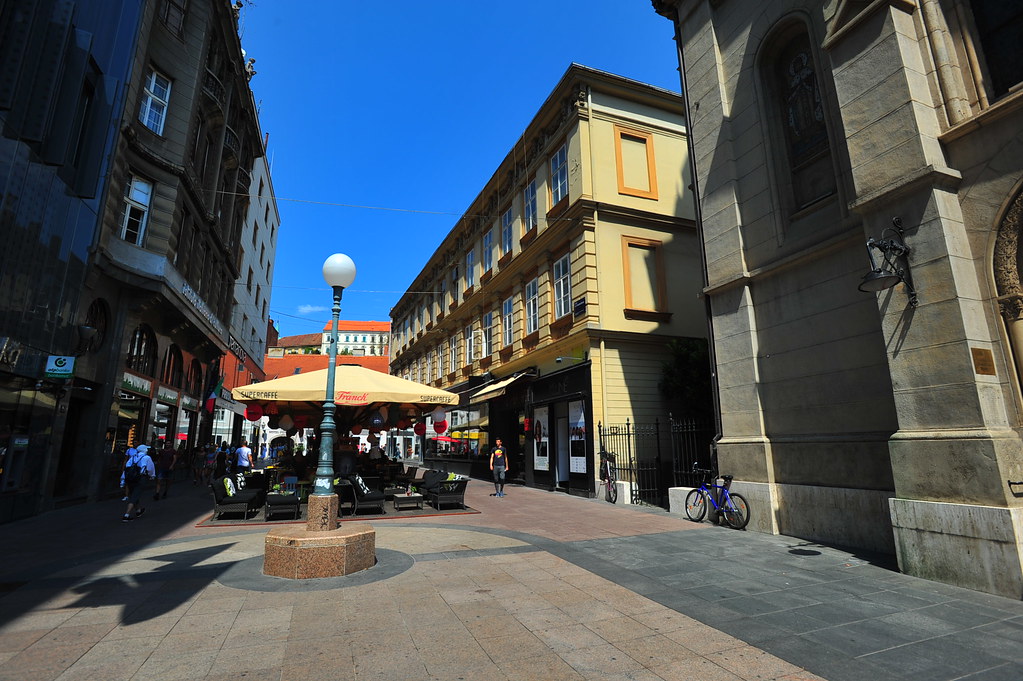 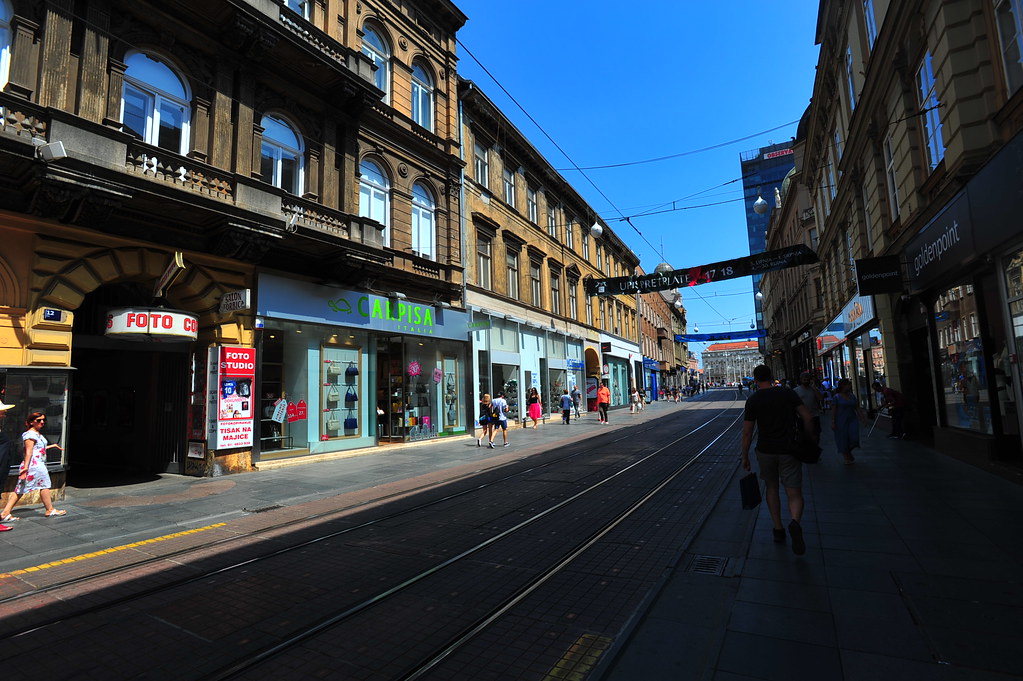 A block west of Grounded Sun is the Cathedral of the Transfiguration, which was closed when I visited. 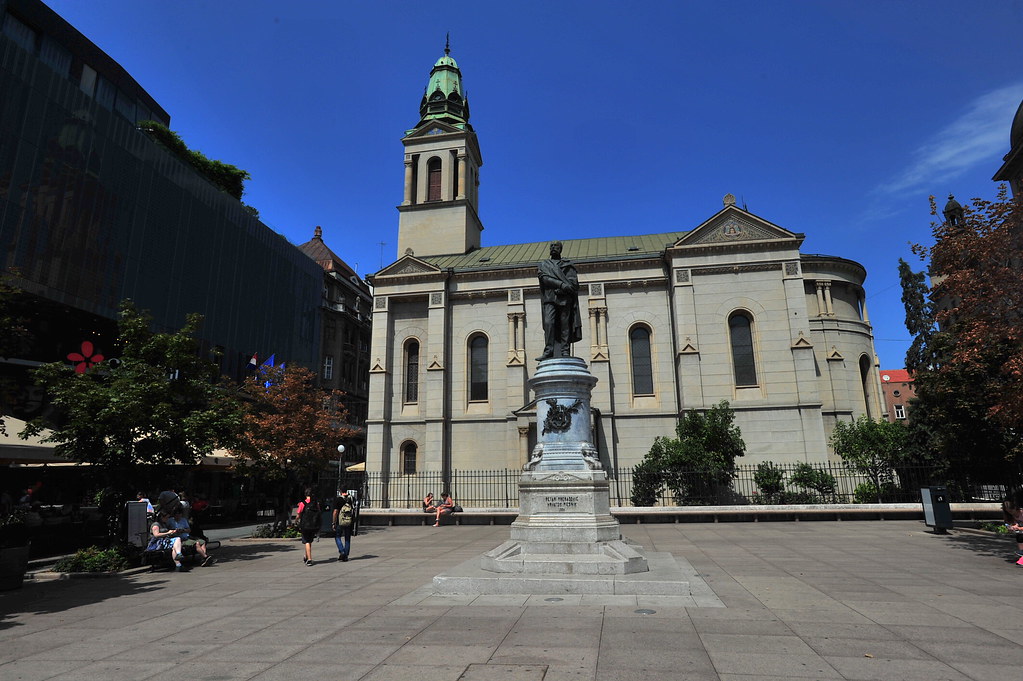 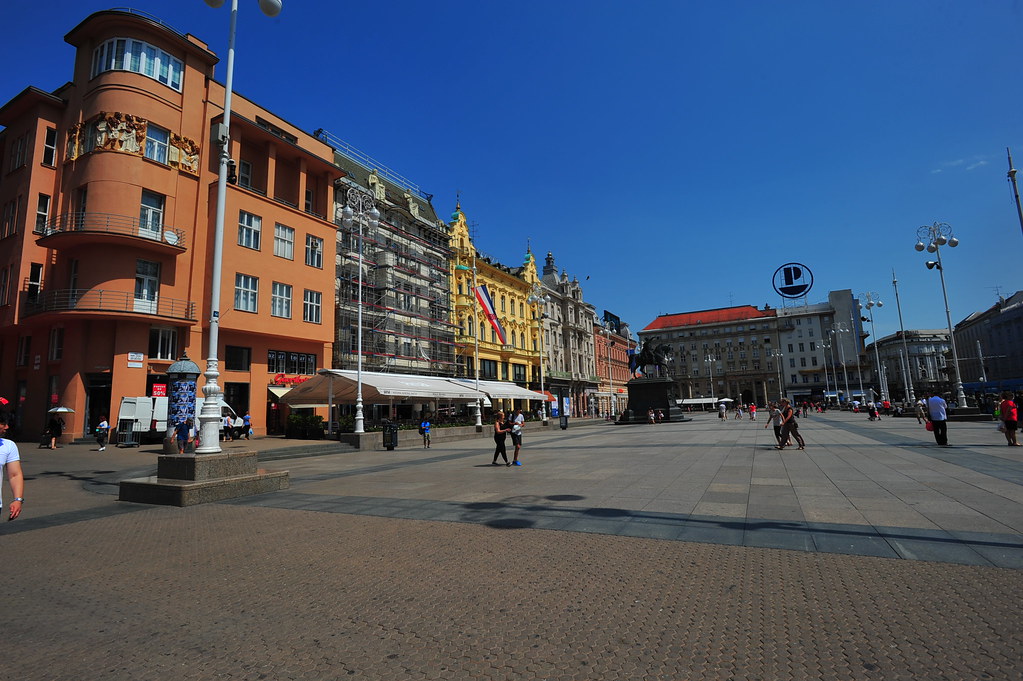 Head north from here up a flight of stairs and you’ll reach Dolac Market, the most well known central farmer’s market in Zagreb. 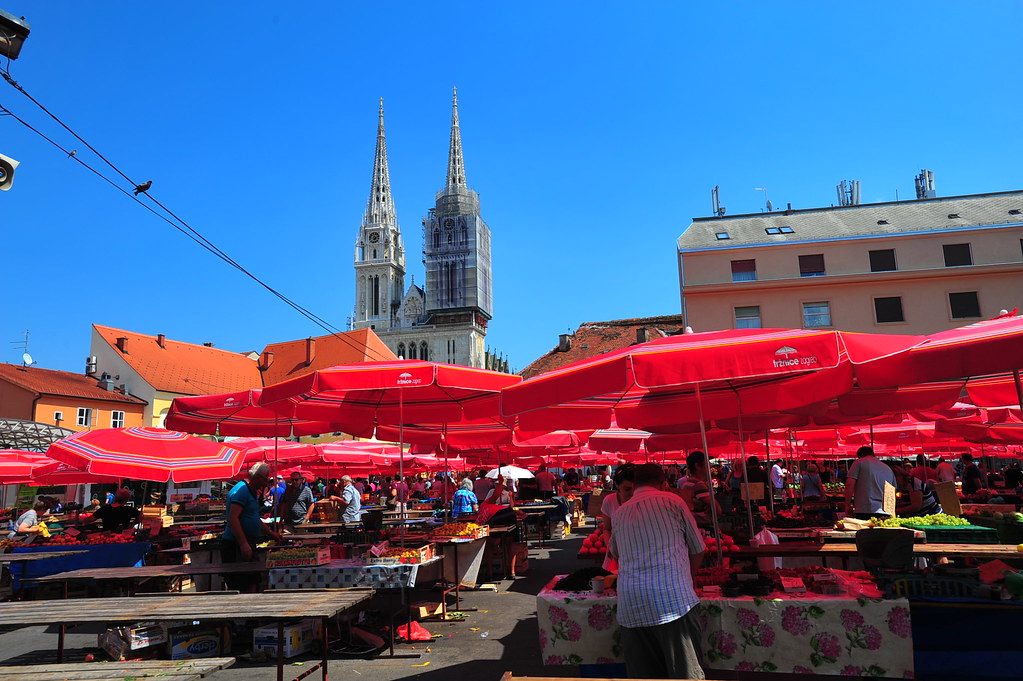 They even have an underground lot for cold meats: 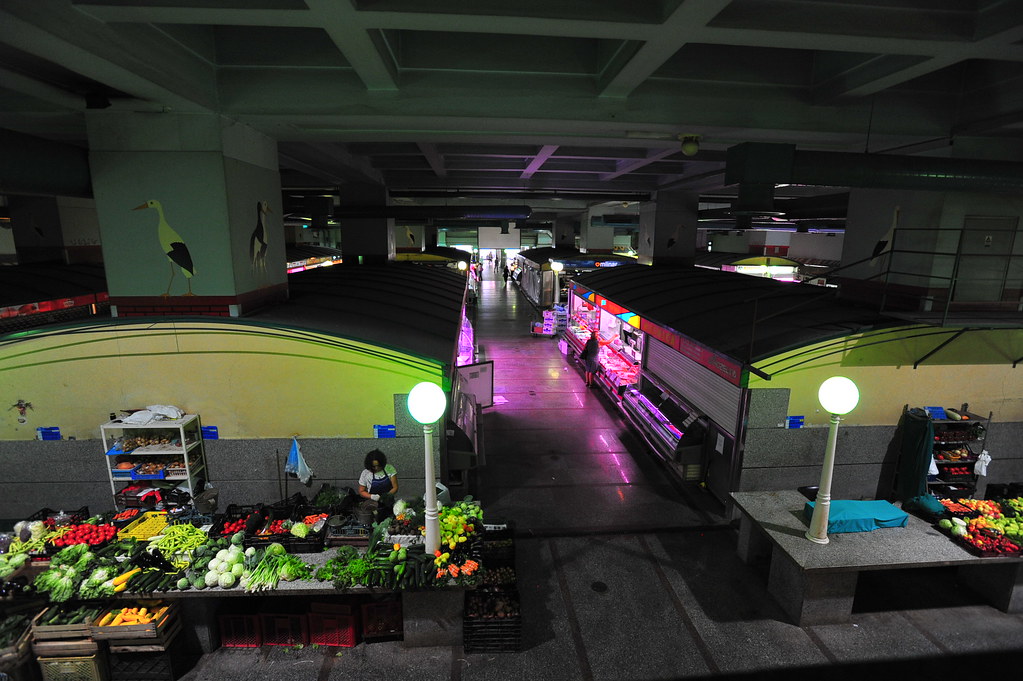 If you chase that tall, giant building looming outside over the market, that’s the Cathedral of Zagreb. 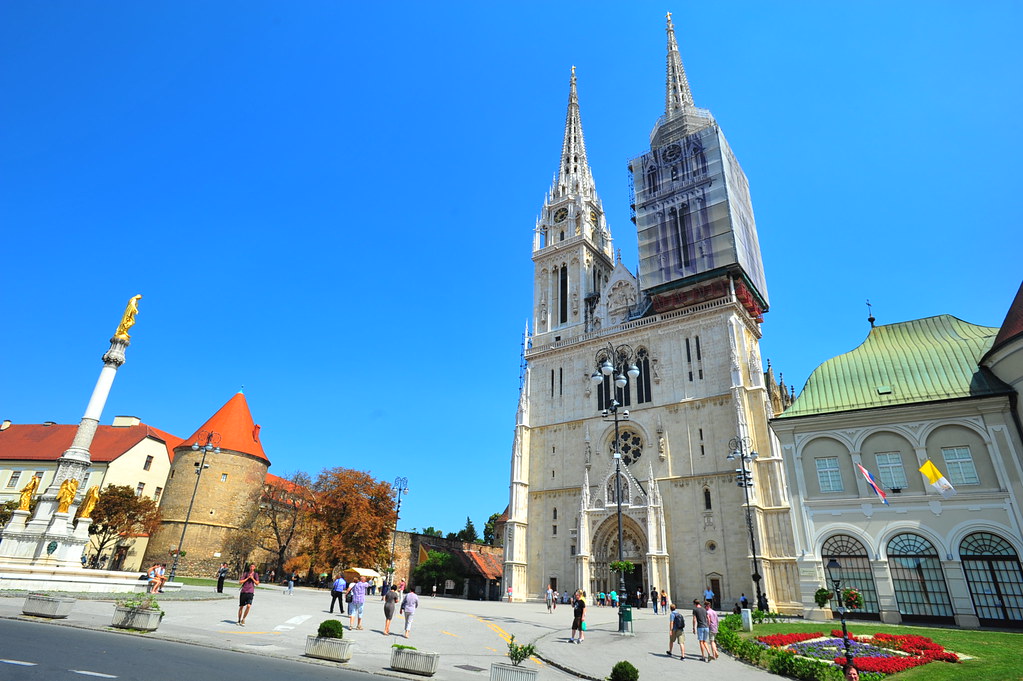 This cathedral is fee to enter, and free to take photos: Zagreb is SO CHILL. 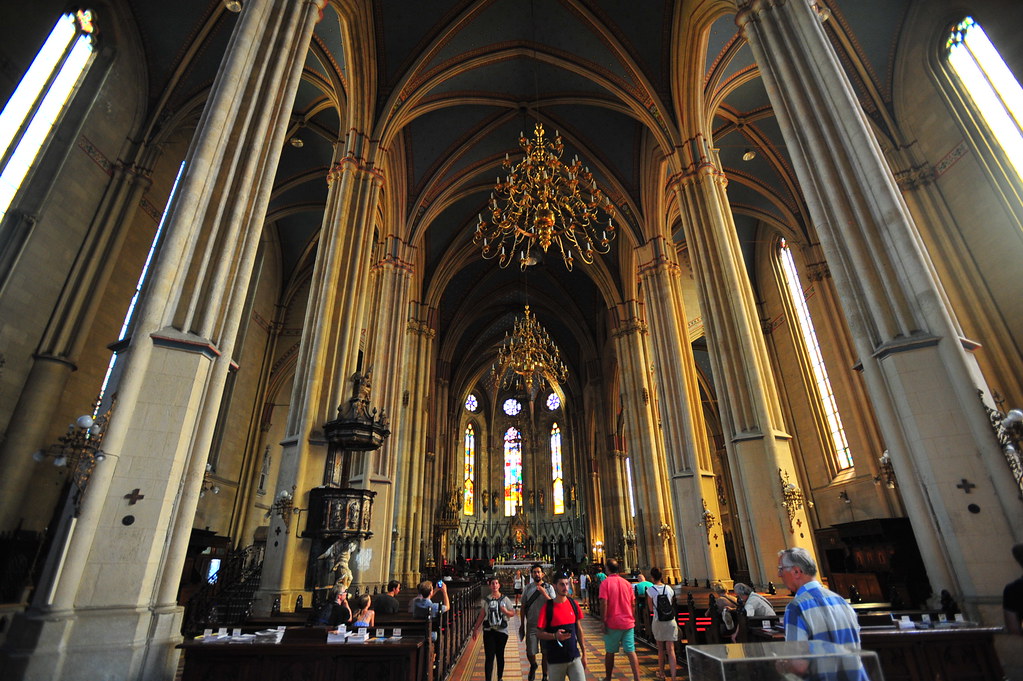 Afterwards, I headed back south to the main street of Trg bana Jospia Jelačića and headed west, reaching Tomiceva ul street, which is the entrance to the Uspinjaca funicular. 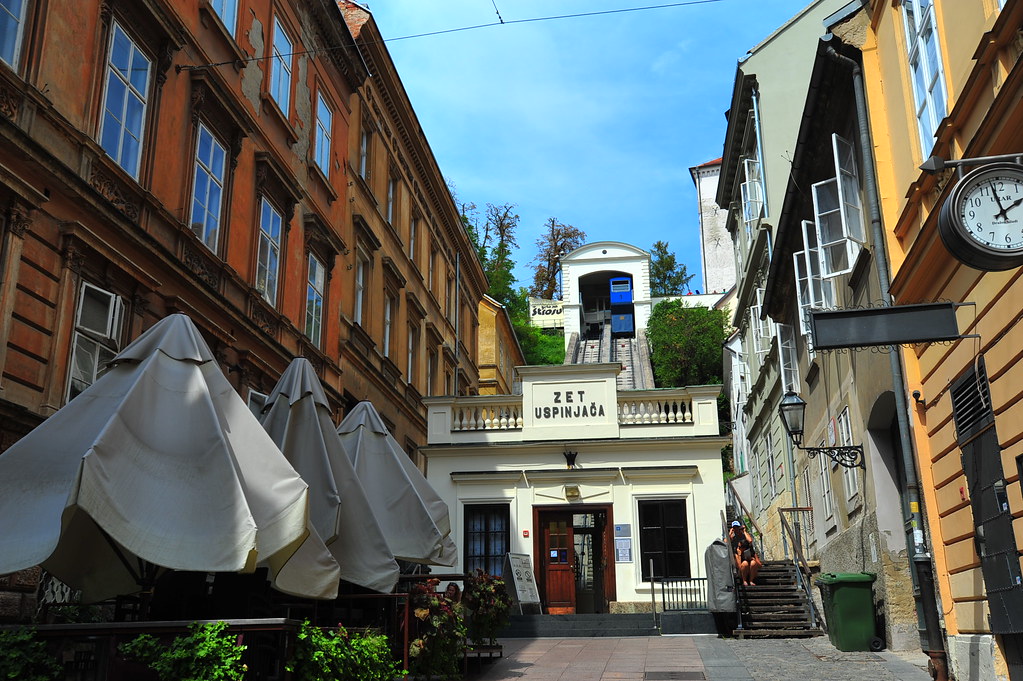 For 4kr head on up to upper town Gornji grad, the medieval center of the city. Your views from here: 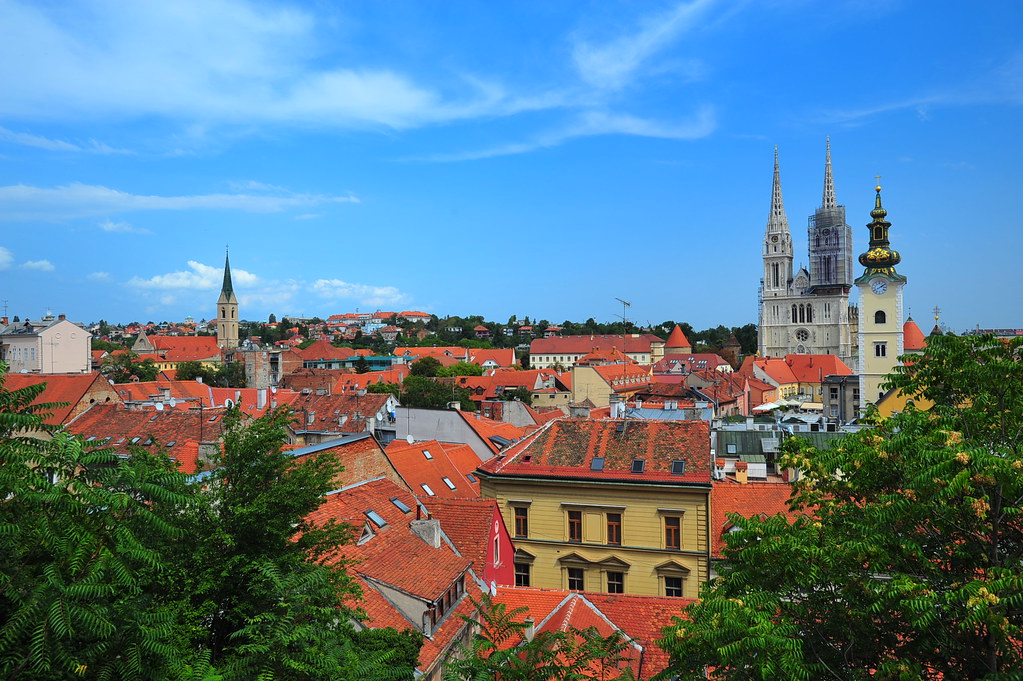 If that’s not enough, for 20kr you can climb up Lotrscak Tower (immediately facing you once you step out of the Uspinjaca Funicular) for even better views:

North of Lotrscak Tower is Saint Catherine of Alexandria, which was also closed when I visited: 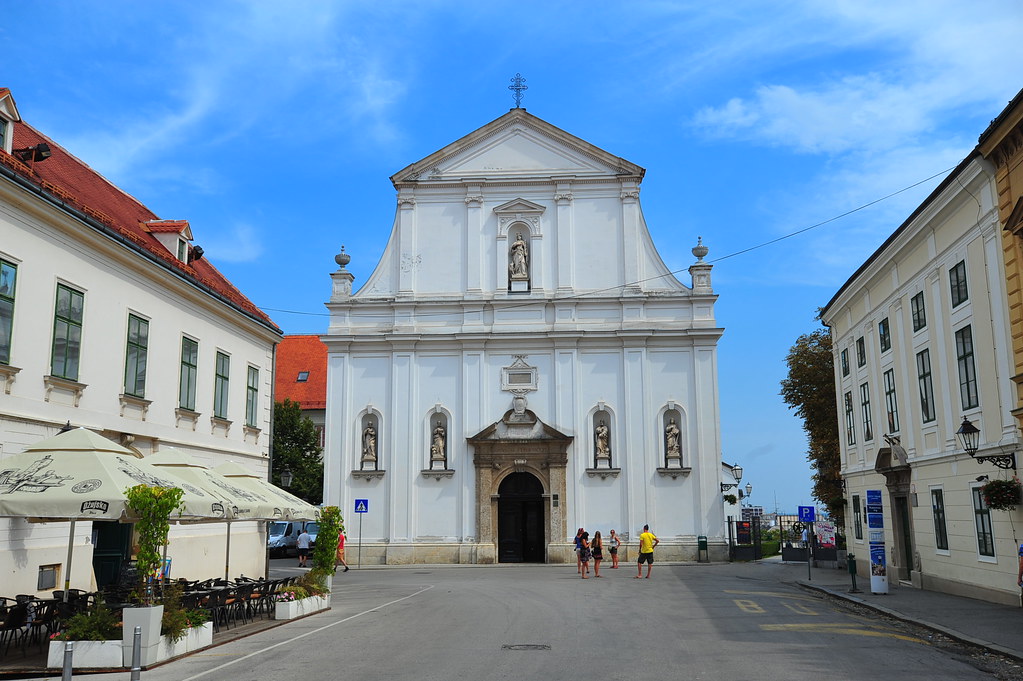 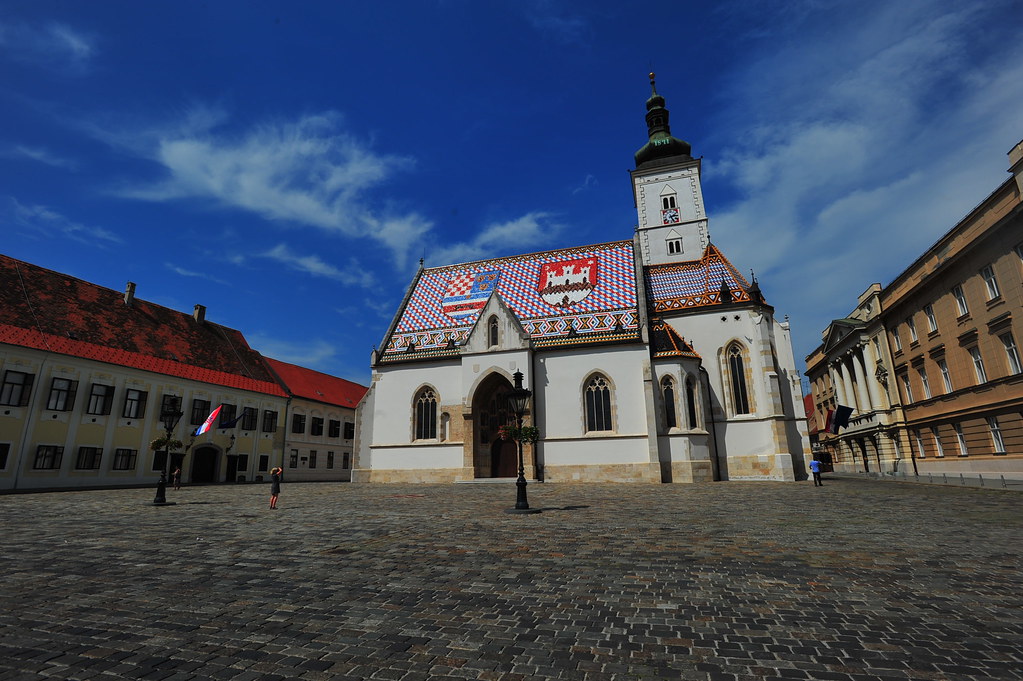 More notably and immediately to the west of St. Mark’s Church down Kamenita ul. is medieval-era Stone Gate, famous for its enclosed Virgin Mary shrine which miraculously (hence, its shrine status) survived a blazing inferno that otherwise had engulfed everything else around it. 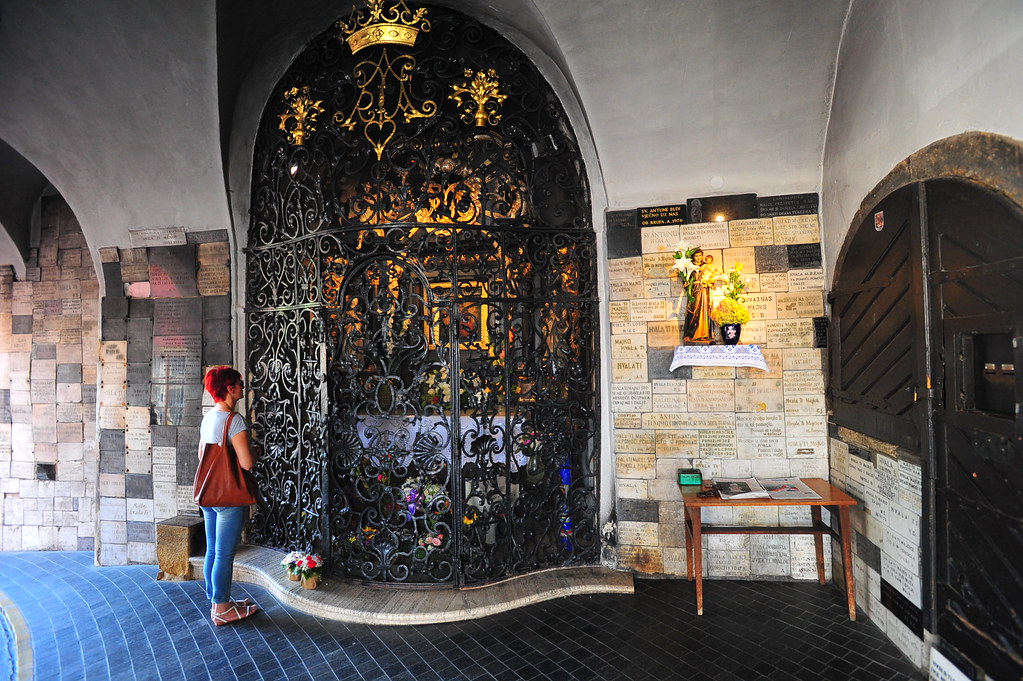 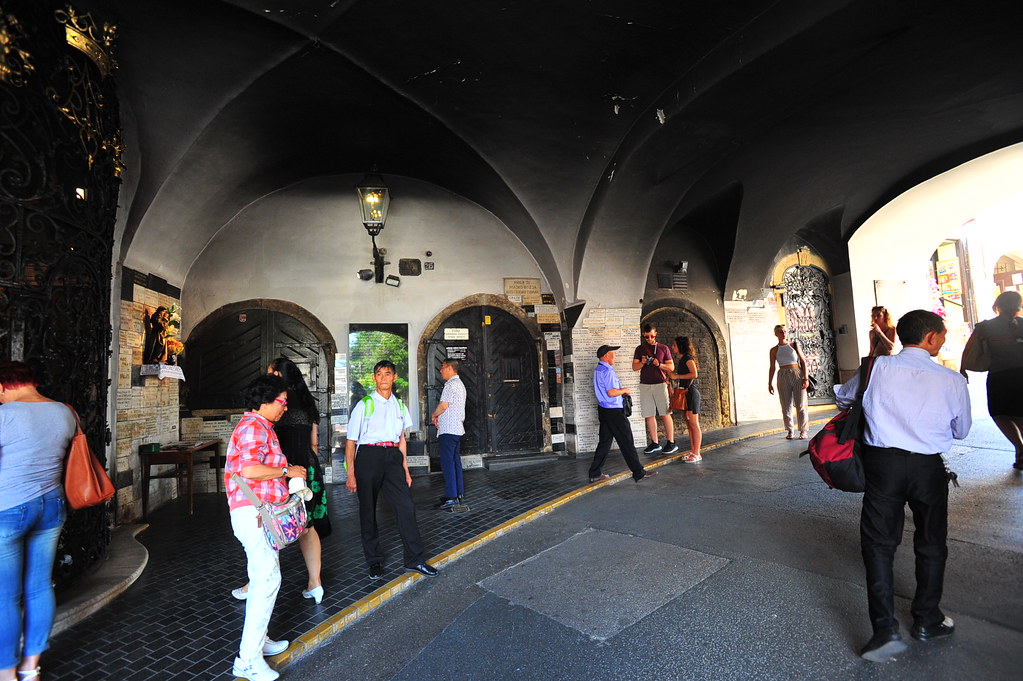 However, I think the biggest draw here in Upper Town is the world-famous Museum Of Broken Relationships, which is fitting given my penchant/knack for rather unbelievable (but true!) meet-cute stories and missed connections.

Furthermore, the last time I was in Croatia engineered the beginning of the end of a long-term relationship (eep!).

I found the museum to be otherwise a cute, small, and quirky place that functions like a “post-secret” book, displaying anonymous submissions from all over the world with stories of people trying to get over their lost loves. 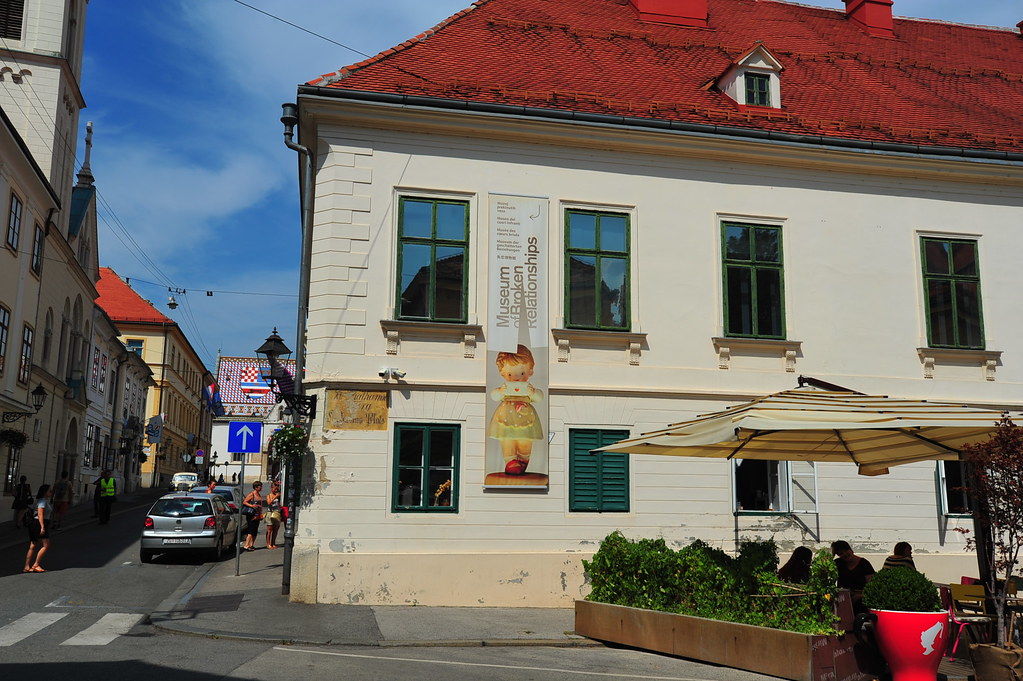 The admission fee is 30kr and sometimes there’s a 20-30 minute wait to get in since it can get really crowded (mostly young college-age backpackers). There’s also a café inside where you can pass the time over coffee and free (and fast) wifi.

The museum itself features 4 exhibition rooms and a small hallway filled with letters, trinkets and random everyday items from all over the world that symbolize a couple’s story, each accompanied by a written vignette that attempts to touch upon the faded passion for “someone we used to know” — a few revolve around the familiar innocence-lost of young love, while others evoke stories of war, betrayal, death and disease.

Call me jaded, but I resonated with alas, only a handful, as most of the stories on display (at least when I went) were playing themselves out on the typical “We met, we fell in love, and oh BTW I found out later that he/I had a wife/kids and then shit got real” pattern.

Gosh, wait, when did I become this cynical? I bet those of you who know me might say that if had an exhibition room all to myself, it would sell out QUICK (you jerks).

Nevertheless, here were the ones that I liked the most: 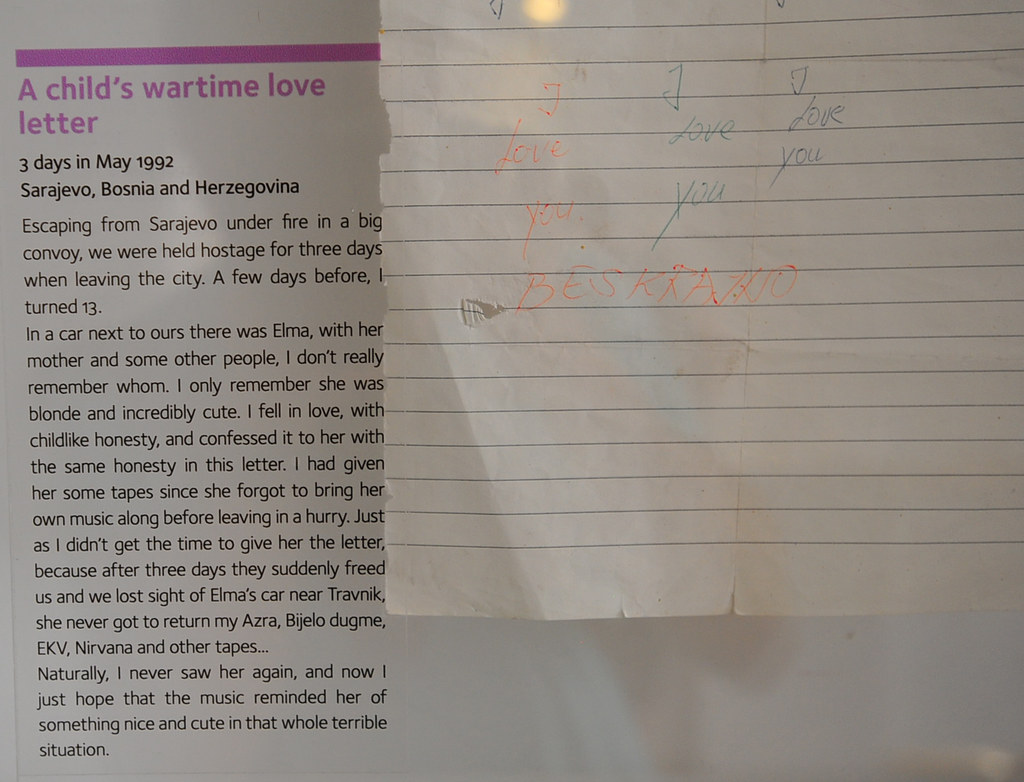 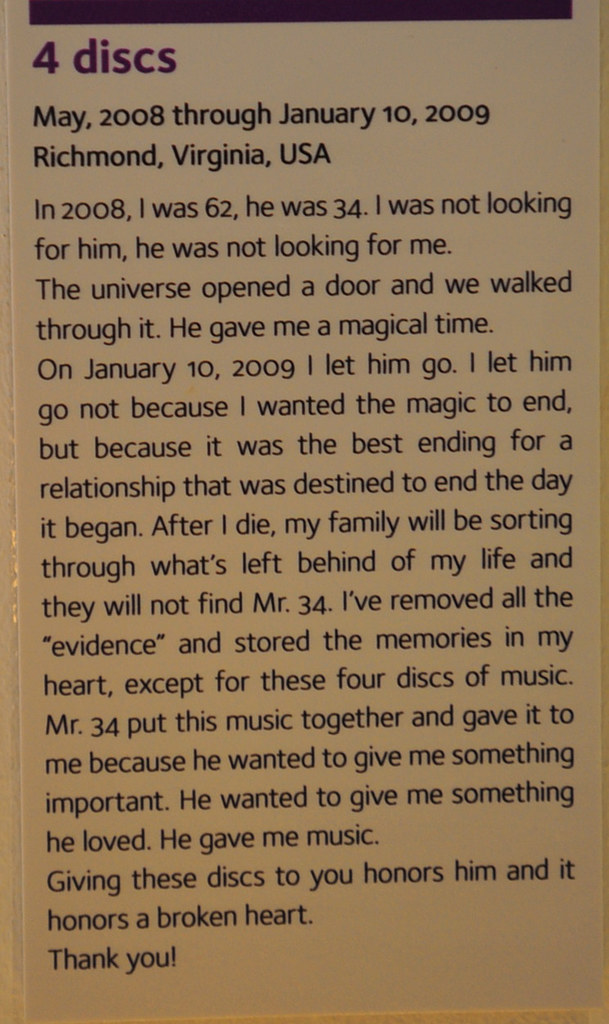 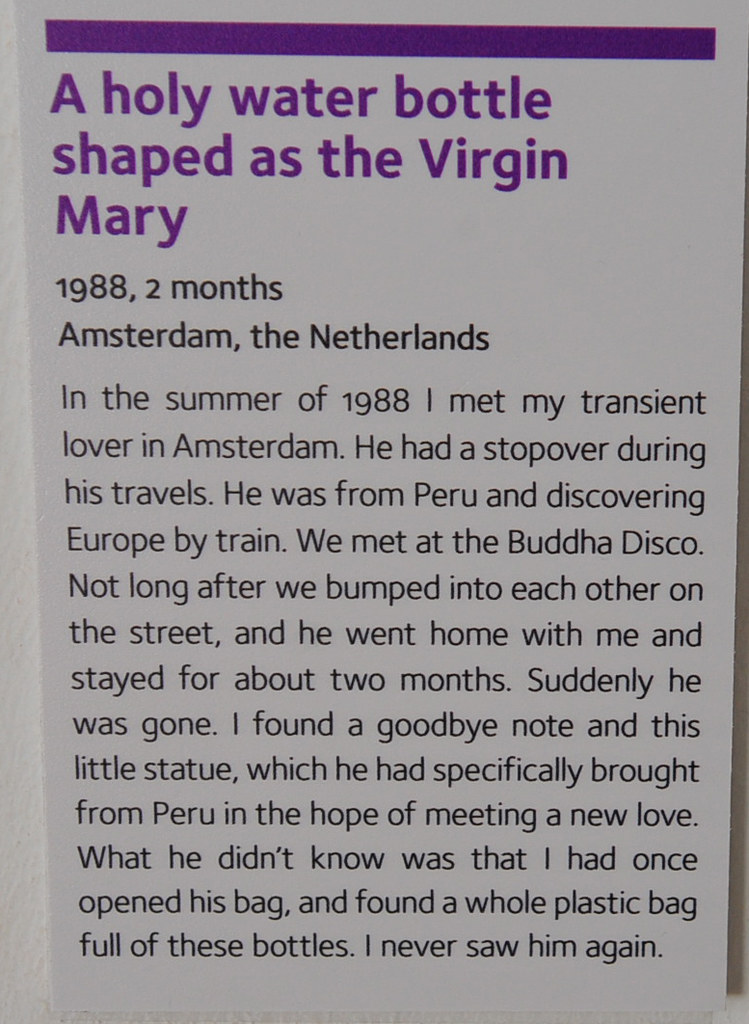 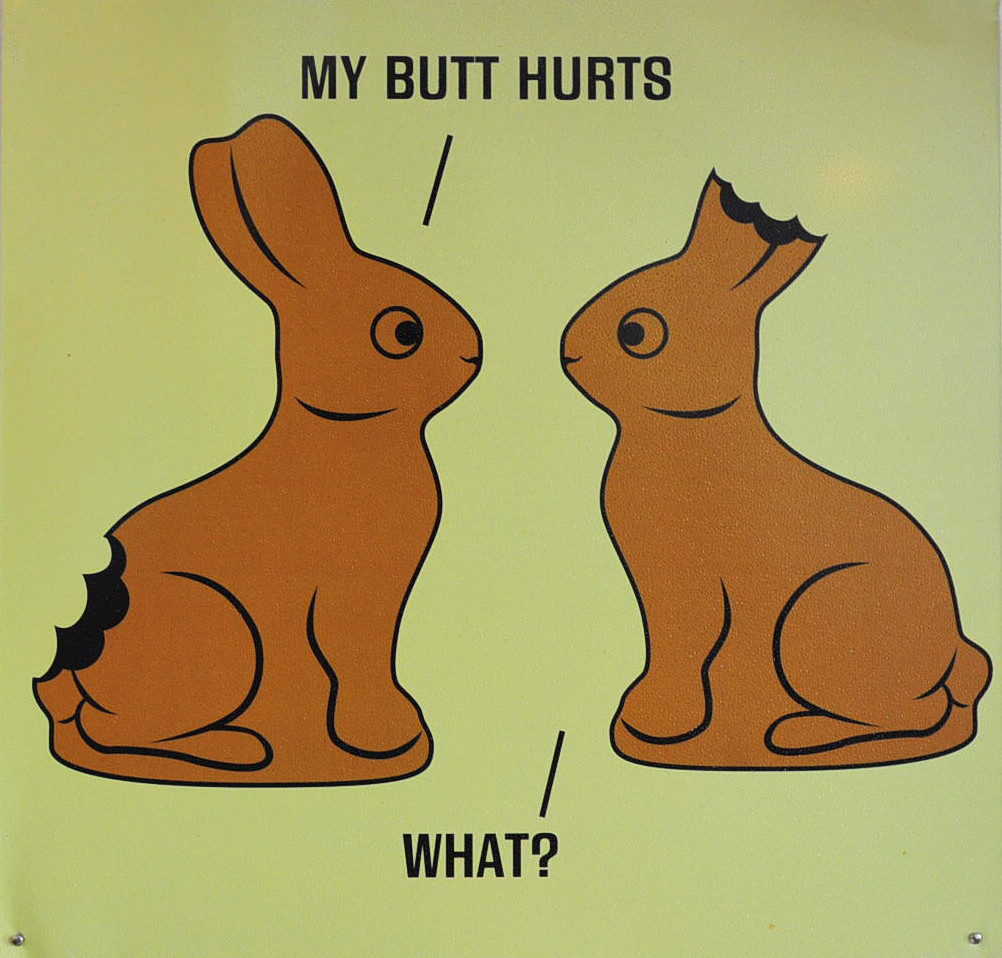 After about an hour at the museum, I headed back down to lower town and hailed an Uber 15 minutes north to Mirogoj Cemetery, arguably one of, if not the most atmospheric, evocative, and beautiful cemeteries in Europe. 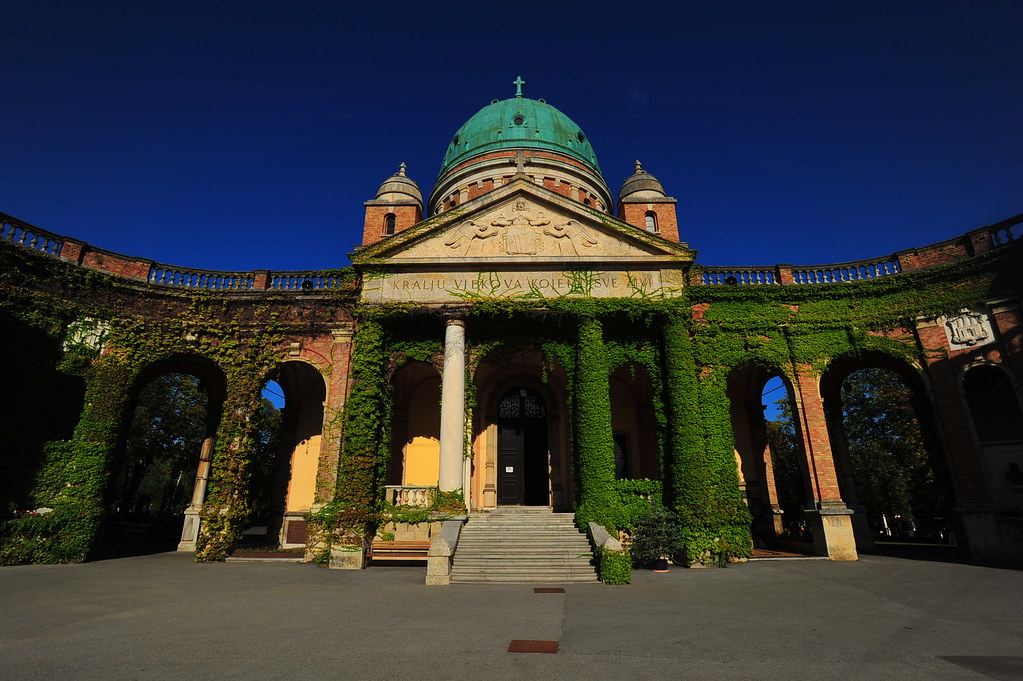 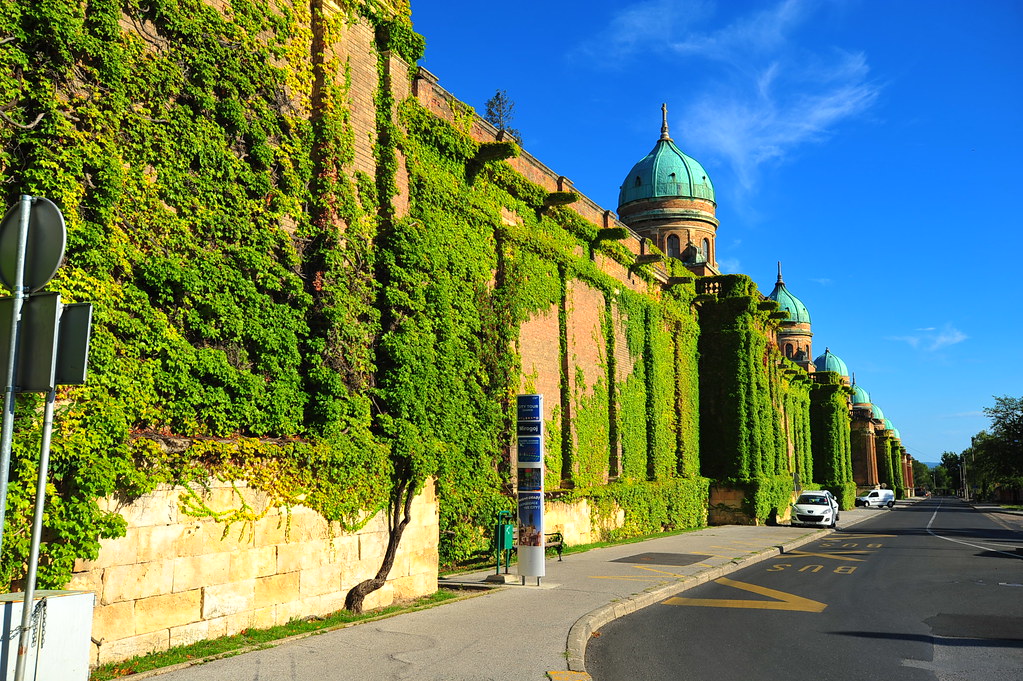 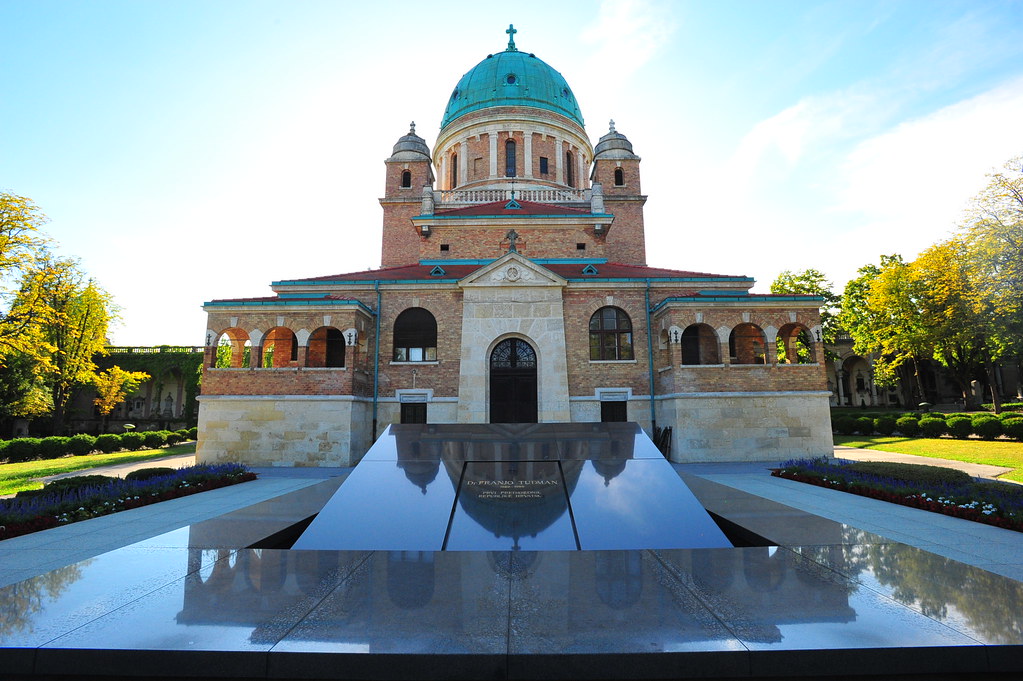 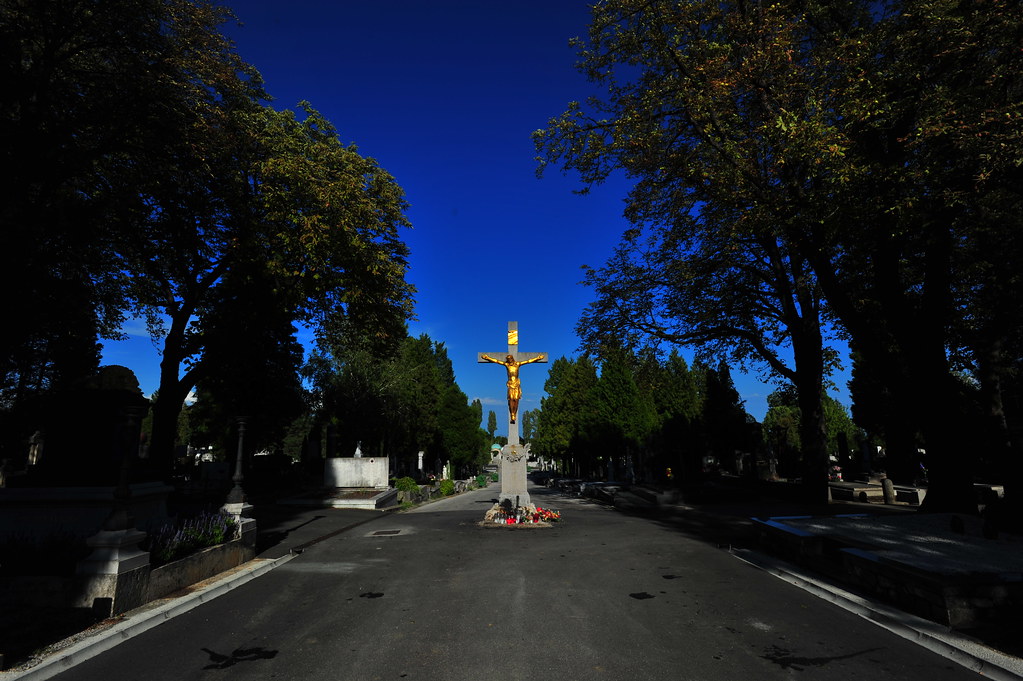 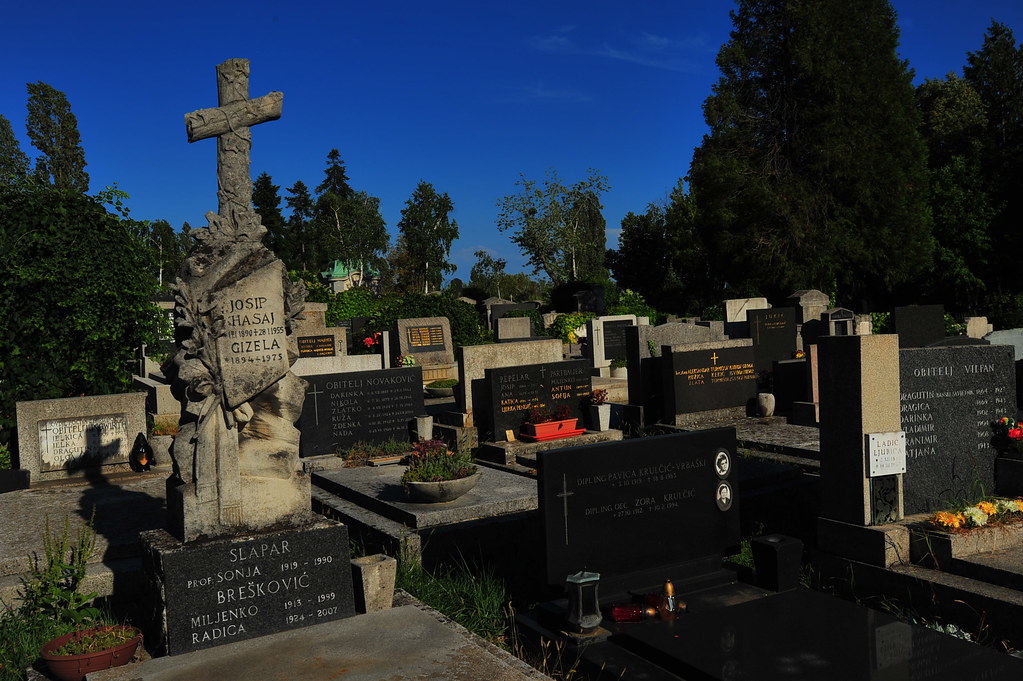 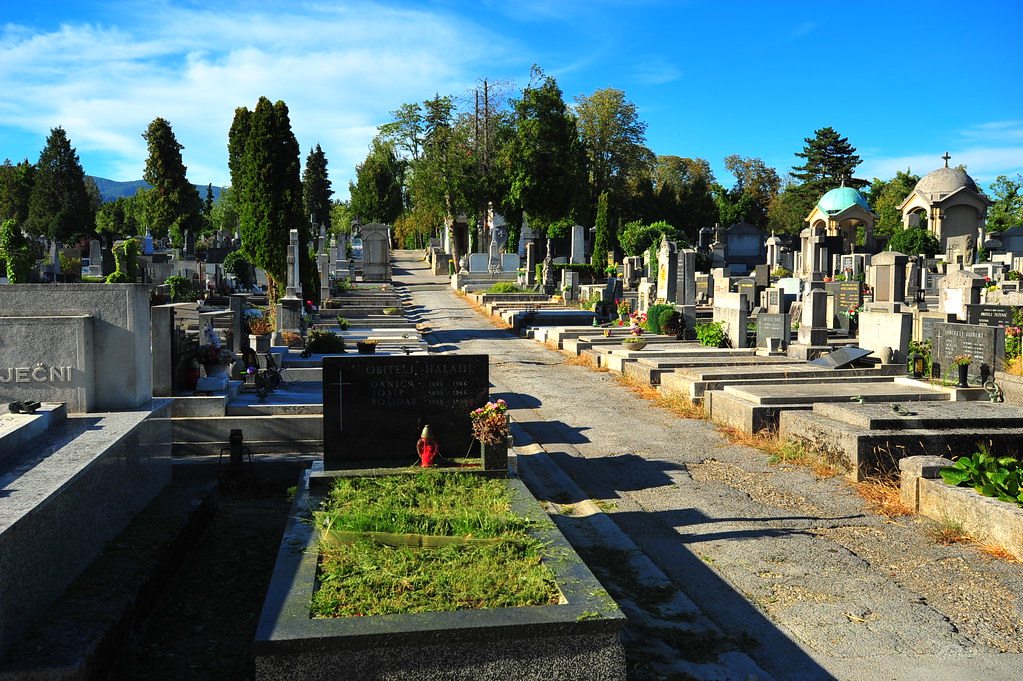 After spending about half an hour lingering here (felt like I had the whole place to myself) and taking it all in, I then took an Uber south back to the train station to pick up my bag and then another cab back to the airport.

Now checking into my 9pm Air Serbia flight from Zagreb to Belgrade, Serbia!