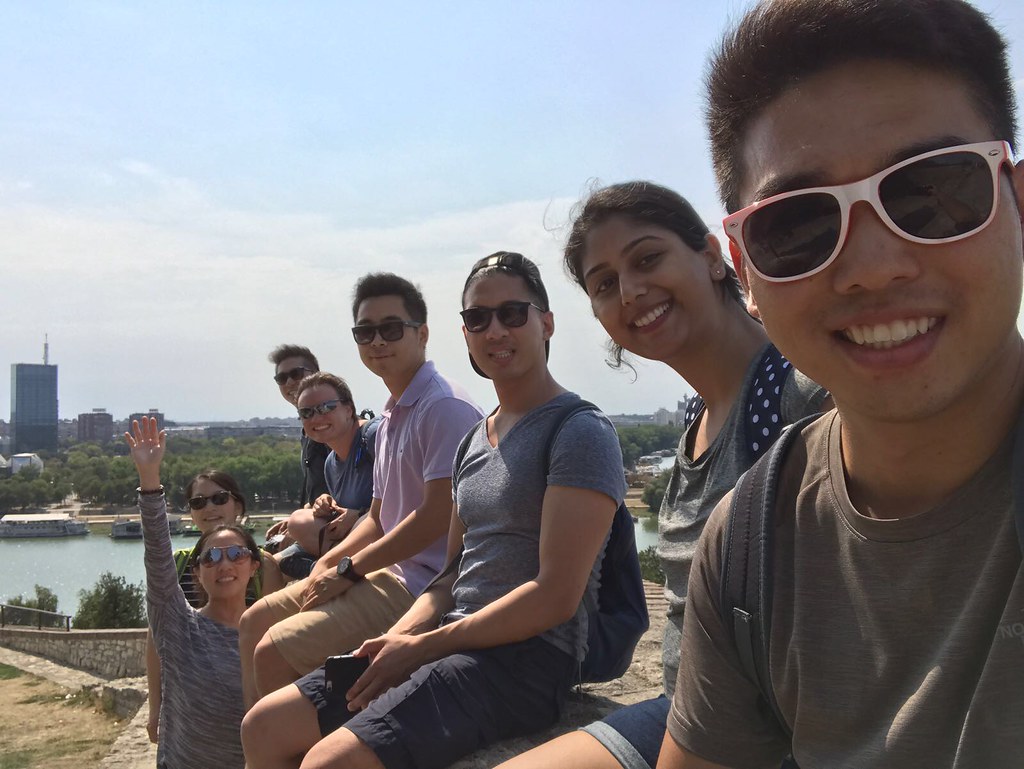 I was debating whether to do an extra post on Belgrade as we saw everything required in the city center yesterday, thunderstorms be damned. But then I realized there were a few other things in its outskirts that were worth mentioning.

We woke up to a late morning, walking 15 minutes south of the city center to Pekara buregdžinica (Бурегџиница Сарајево on Google) for reportedly “the best burekas in Belgrade”). 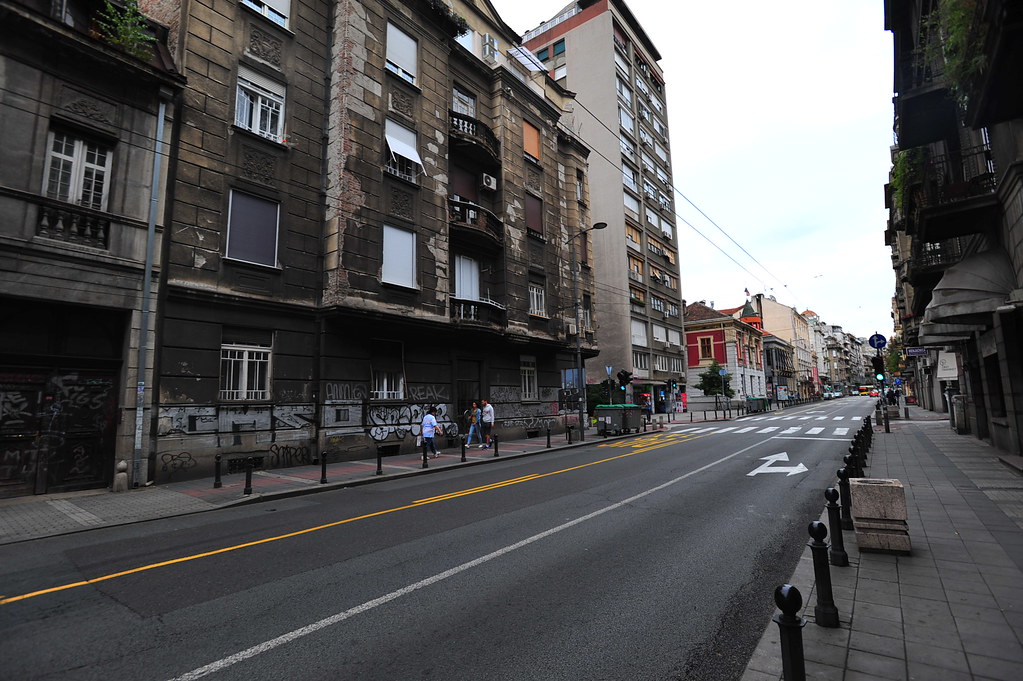 Burekas are baked filled pastries made of a thin flaky dough and can be divine when done right. 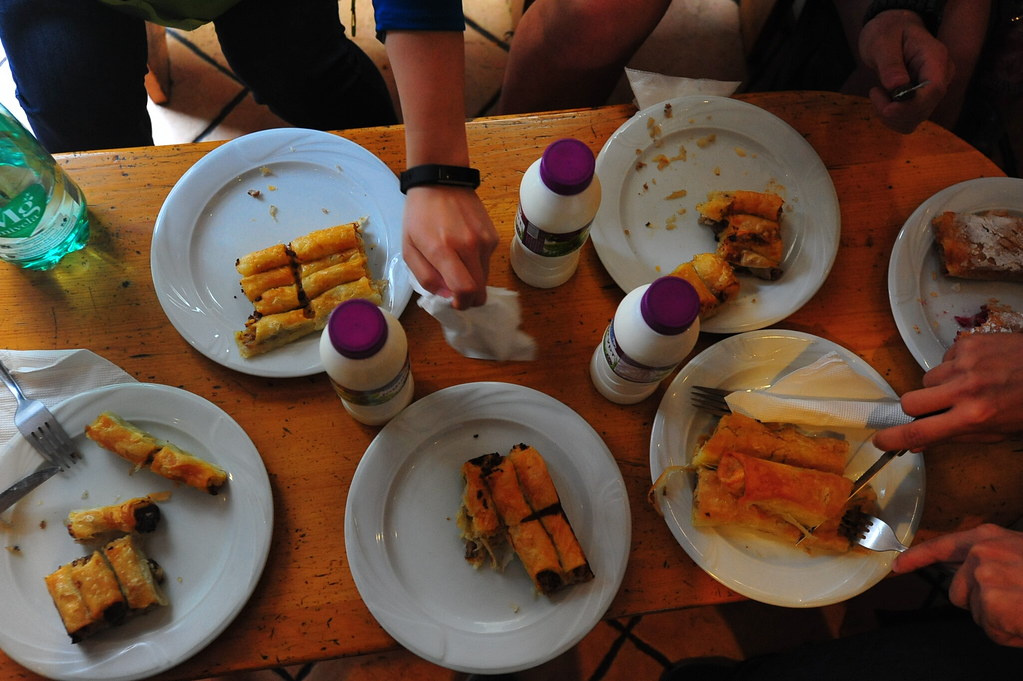 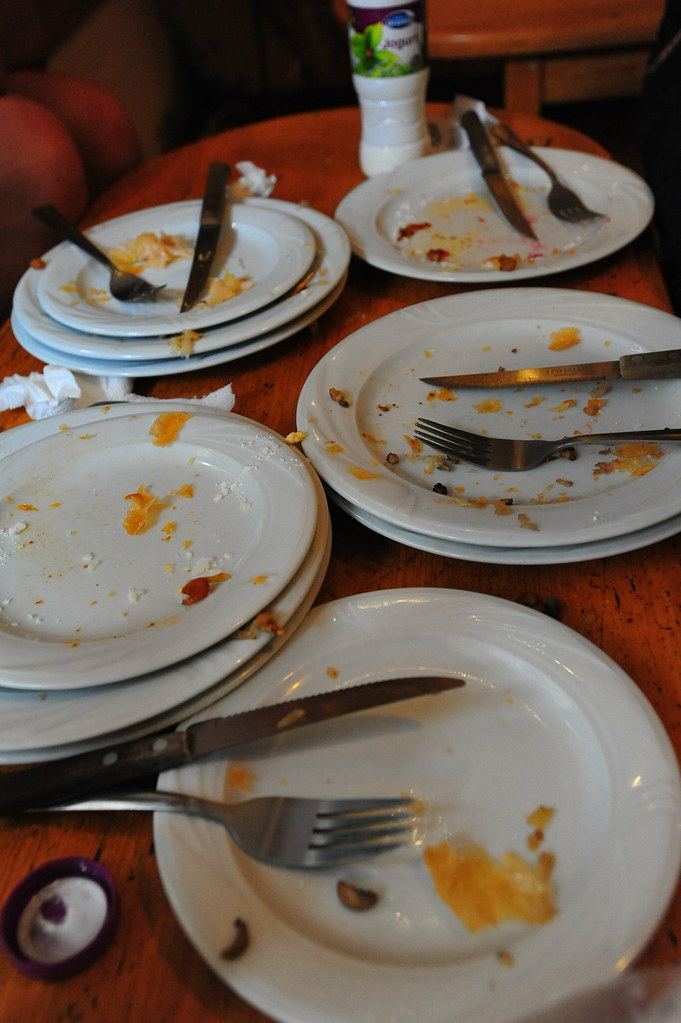 Afterwards we walked 15 minutes further south to revive our inner nerds at the Nikola Tesla Museum: a small, single-floor exhibit hall dedicated to only a handful of the experiments conducted by the well-know enigmatic physicist, inventor, and futurist who became responsible for discovering the AC current. 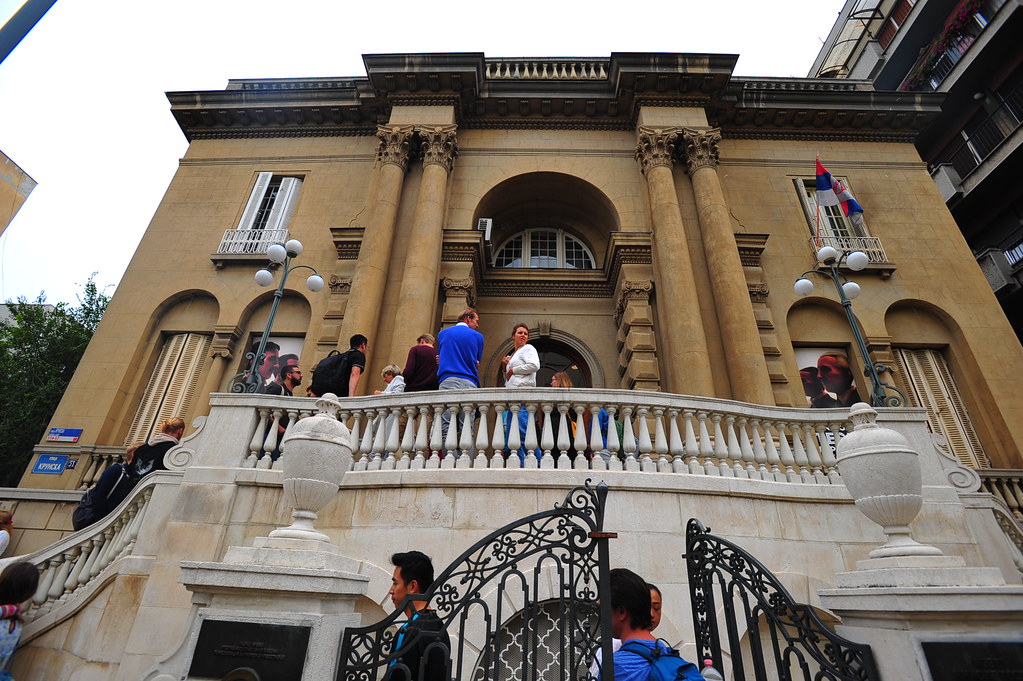 The staff will lock the doors and peek out only to tell you to book ahead or wait outside for these designated “tours” that are spaced out every few hours as without being on one, you could miss out on the cool experiments the guides can demonstrate for you…but you can also fight this and remind them that being on a tour is not mandatory (it really isn’t).

We ended up winning this battle and was let inside immediately instead of waiting the next 2-3 hours for the next tour. 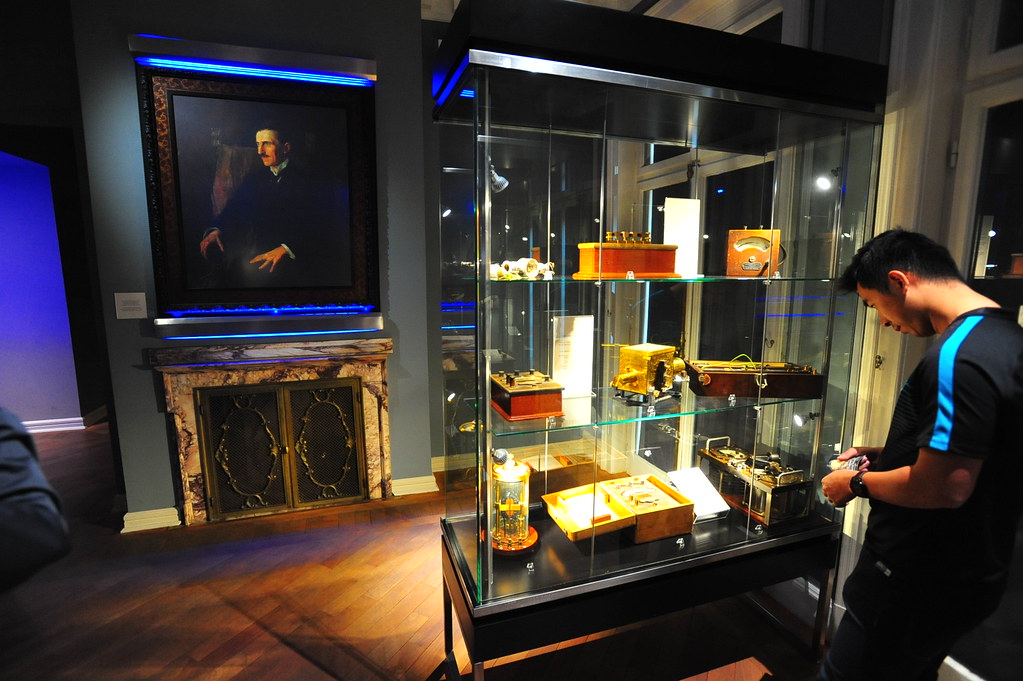 The museum really is that small as you can walk around it entirely in 5 minutes. However, we were lucky enough to sneak in near the end of a movie on Nikola Tesla’s life as well as seeing the Tesla Coil in action.

What is a Tesla Coil? It’s his eponymous electrical resonant transformer circuit that produces a high-voltage, low-current, high frequency alternating-current electricity, which entertainingly can power these gas-filled “lightsabers” we were holding around it. 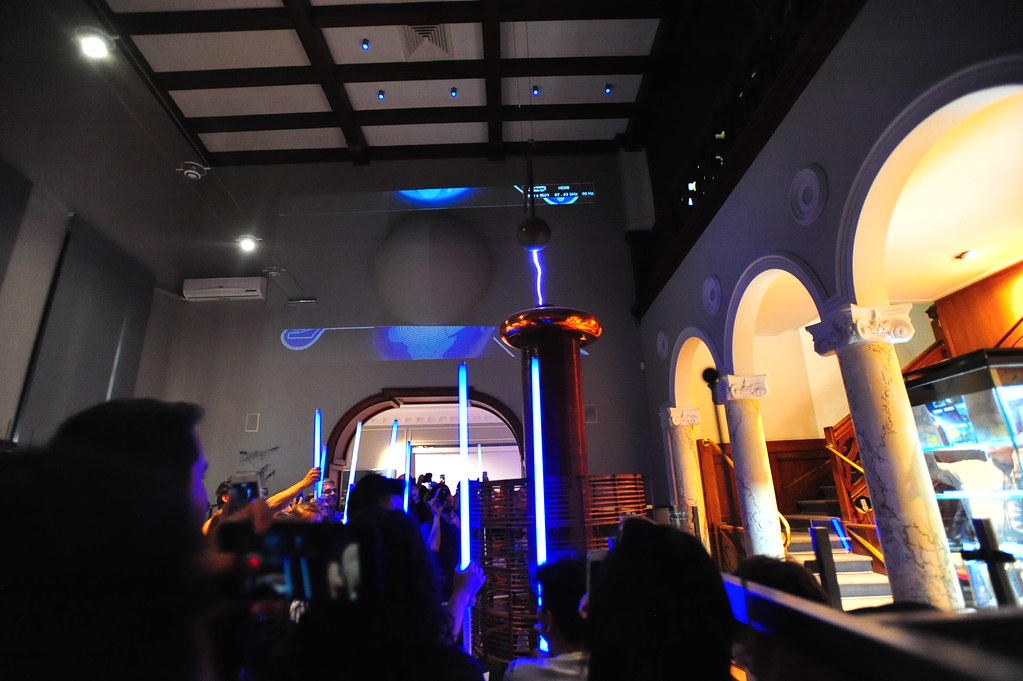 Afterwards we had Calvin Hom, flying in one day late, join our group as we headed onwards to Tito’s Mausoleum, aka The House of Flowers on the southwestern outskirts of Belgrade. 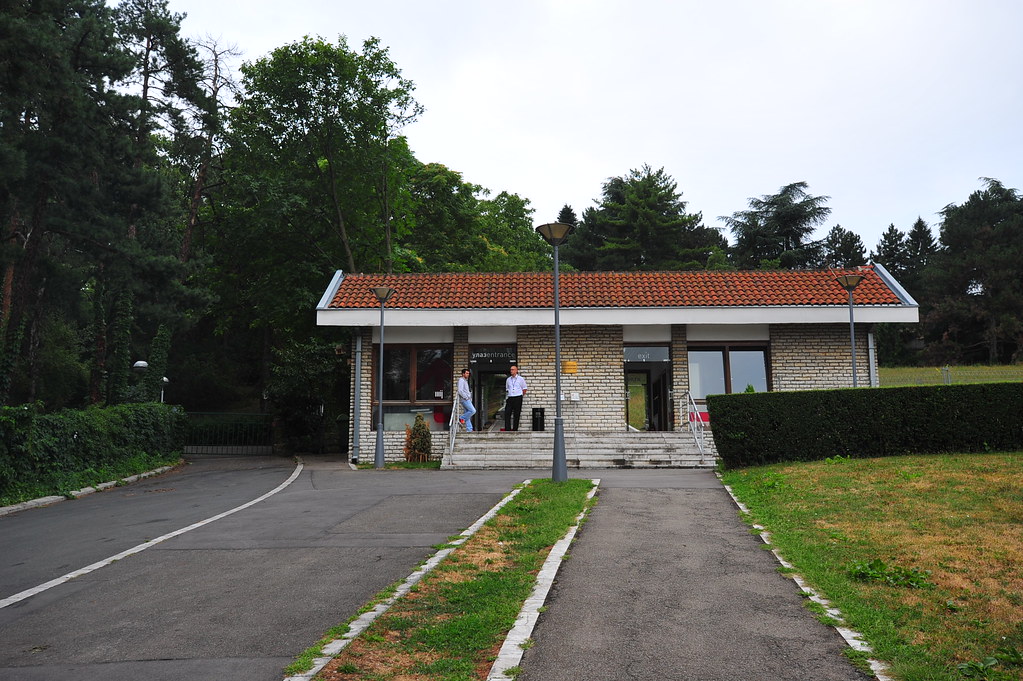 After getting tickets at the adjacent administrative building across from the entrance to the House of Flowers, we headed up a small hill to check out the old Museum of Yugoslavia inside as well as the final resting place of Tito, the communist revolutionary and benevolent dictator of Yugoslavia that first rose to power as the leader of the Partisans, often regarded as the most effective resistance movement in occupied Nazi Europe.

After the fall of fascism in the years following World War II, Tito was able to unify the many bickering nations that would become Yugoslavia, and continuing to maintain their peaceful co-existence until his death in 1980 (shortly thereafter Yugoslavia broke apart without him). Finally, he was revered for breaking away from Stalin and the influence of the Soviet Union’s Iron Curtain, leading him to become the chief leader of the Non-Aligned Movement. 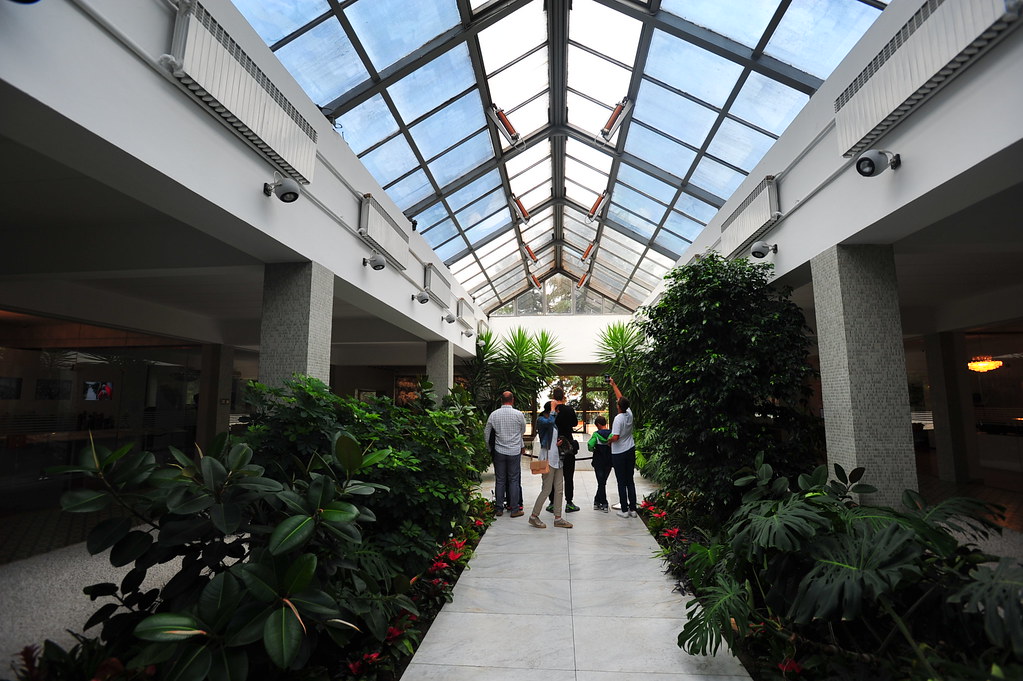 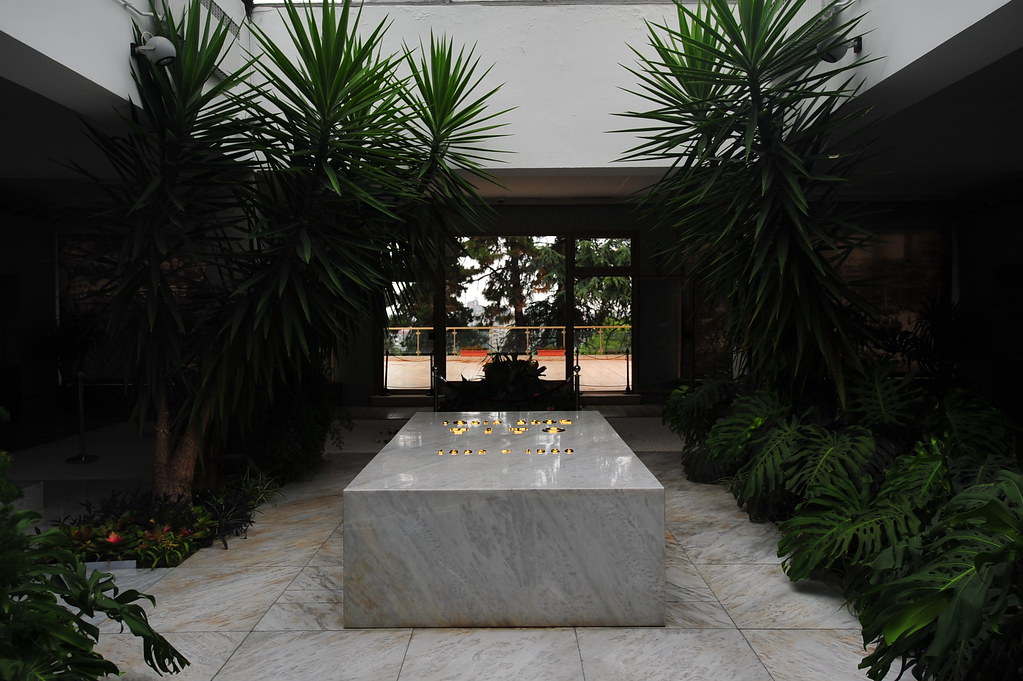 After about half an hour here, we hiked 20 minutes through leafy Hajd Park to stop by at Monahina Teodora Monastery (Манастир Ваведење Пресвете Богородице), a nearby, serene monastery that was in the area and I figured we could check out…because why not? 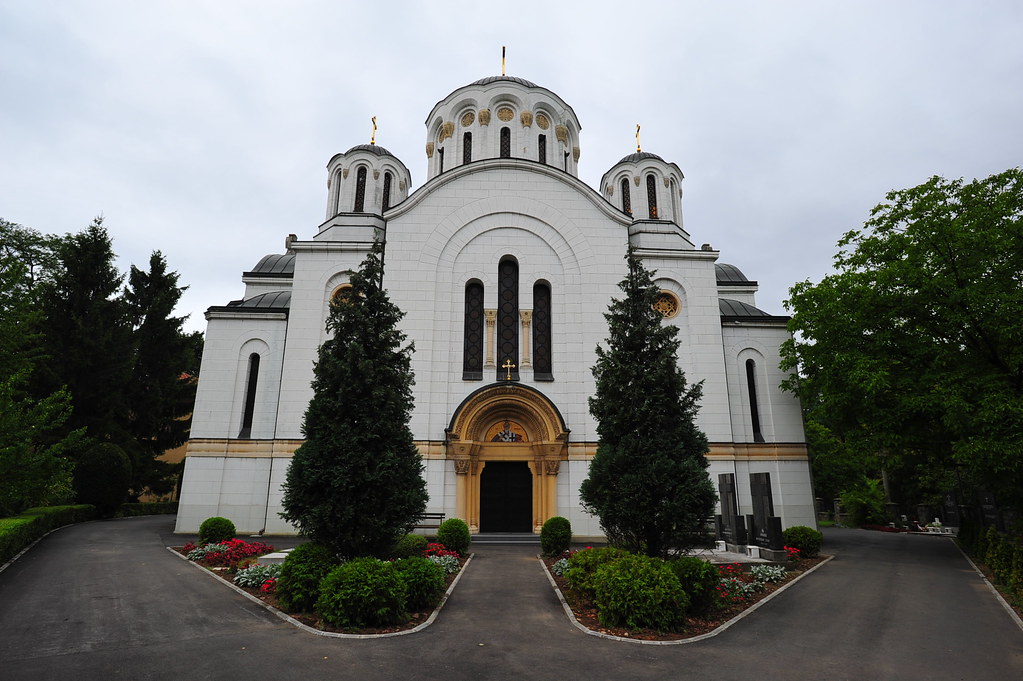 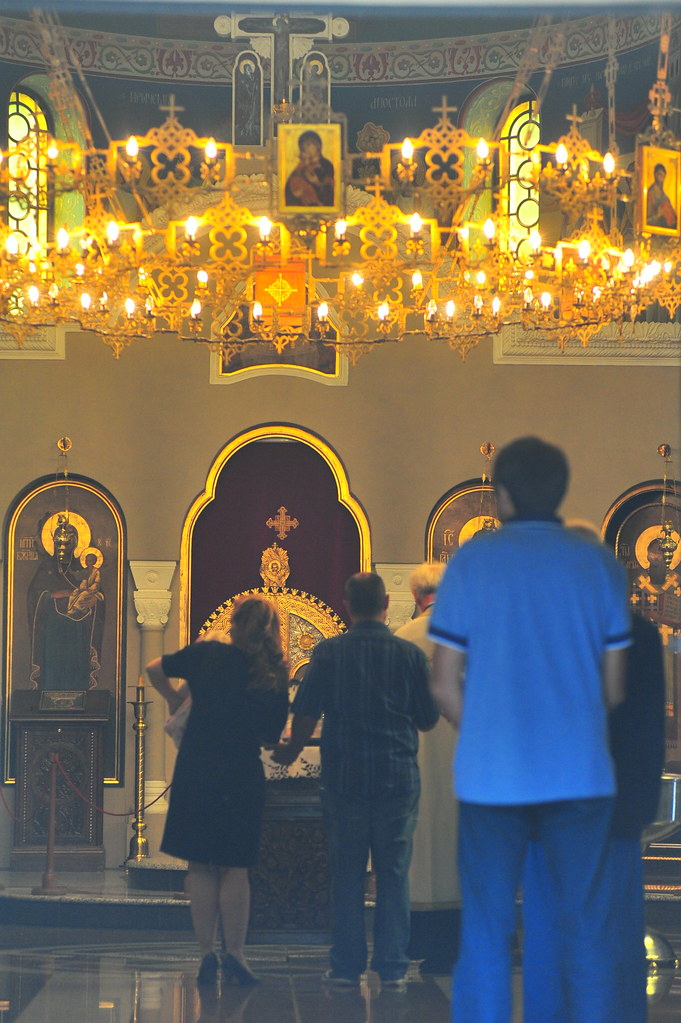 After about 10 minutes here the group collectively took 3 Ubers back up to the city center, stopping at the Farmer’s market “Zeleni venac.” 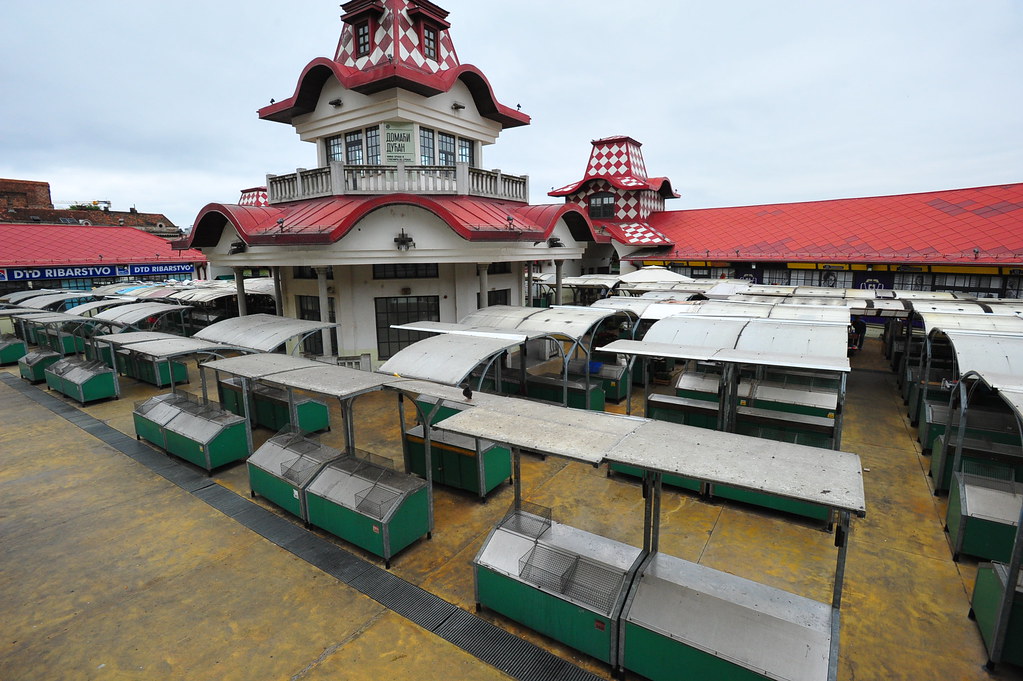 Guess Sunday is not the day to go shopping. 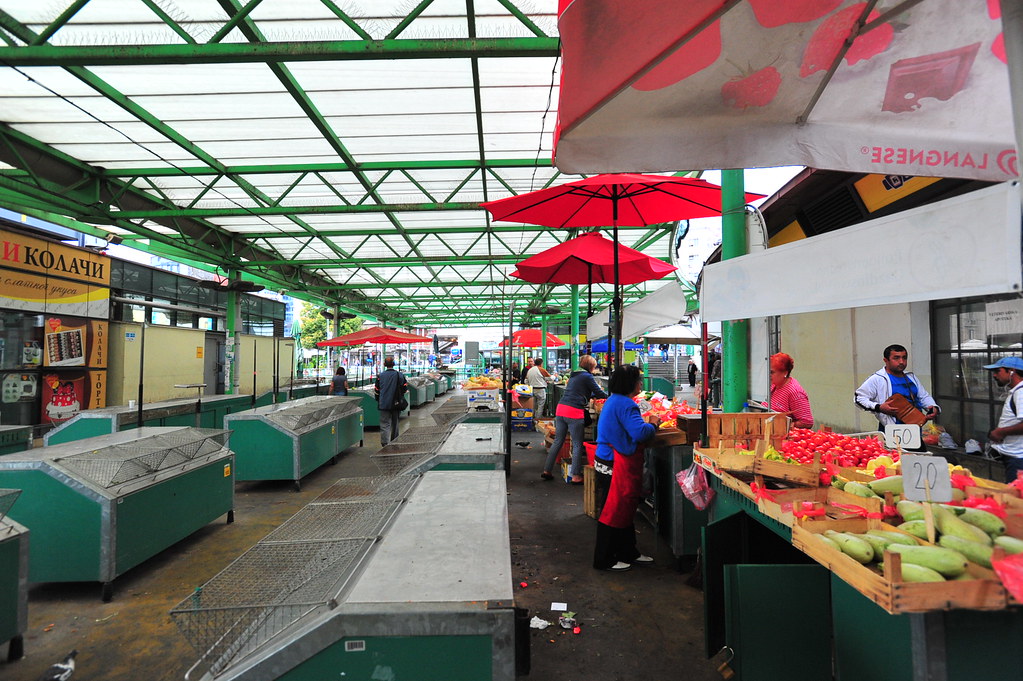 Then it was free time as the group dispersed to do their own thing.

We returned at the hostel at 6:30pm for a 7pm dinner at Two Deer Restaurant on Skadarska Street (remember that charming little cobblestone path yesterday?) with a local mutual friend named Vladana, who grew up in Serbia and is family to one of my most badass monsooners, Mihaela (who FYI, joined on the Trans-Siberian Railway, Tibet, Scotland, and Luxembourg all within the past 6 months!). 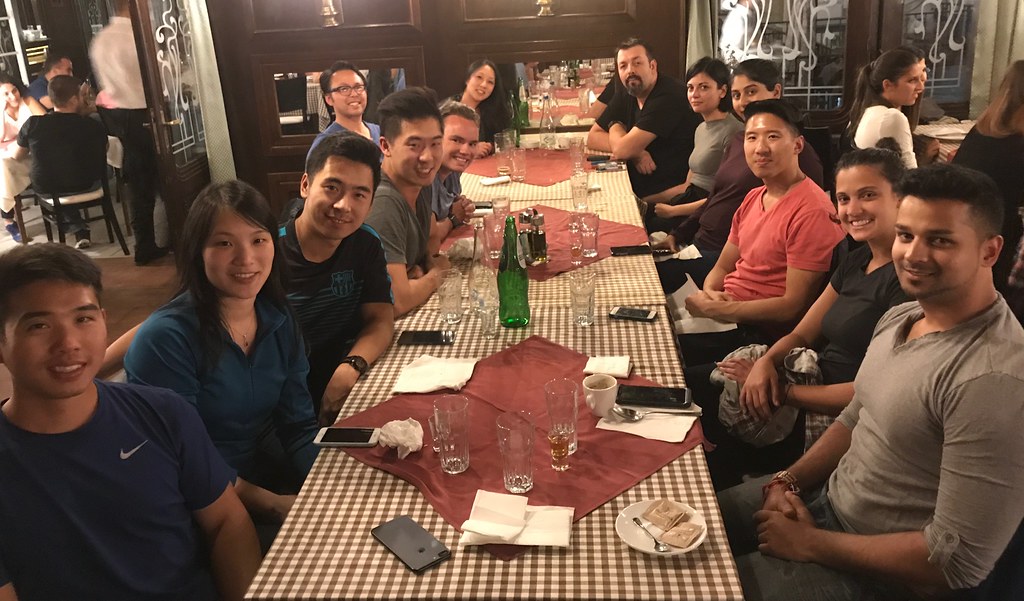 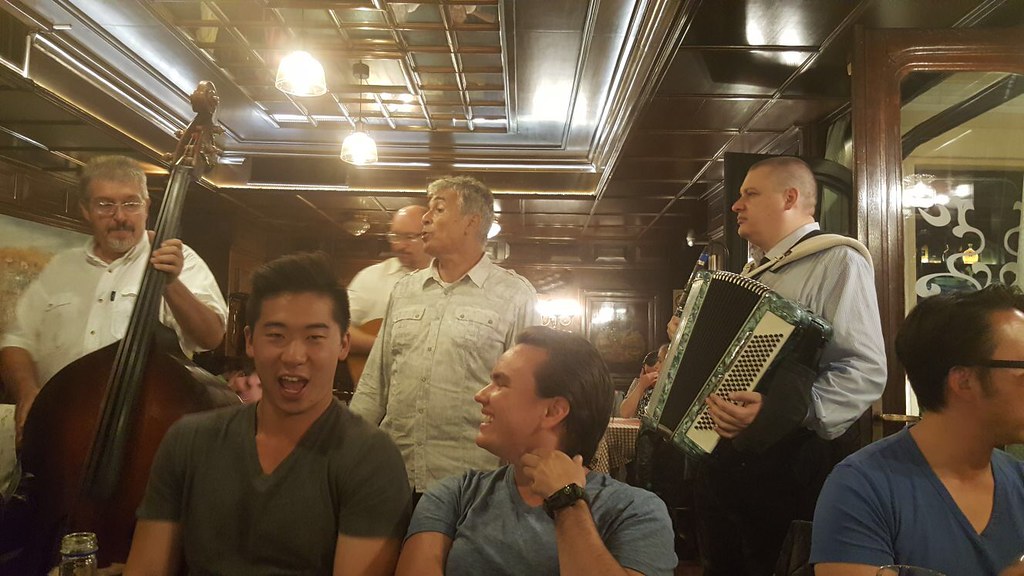 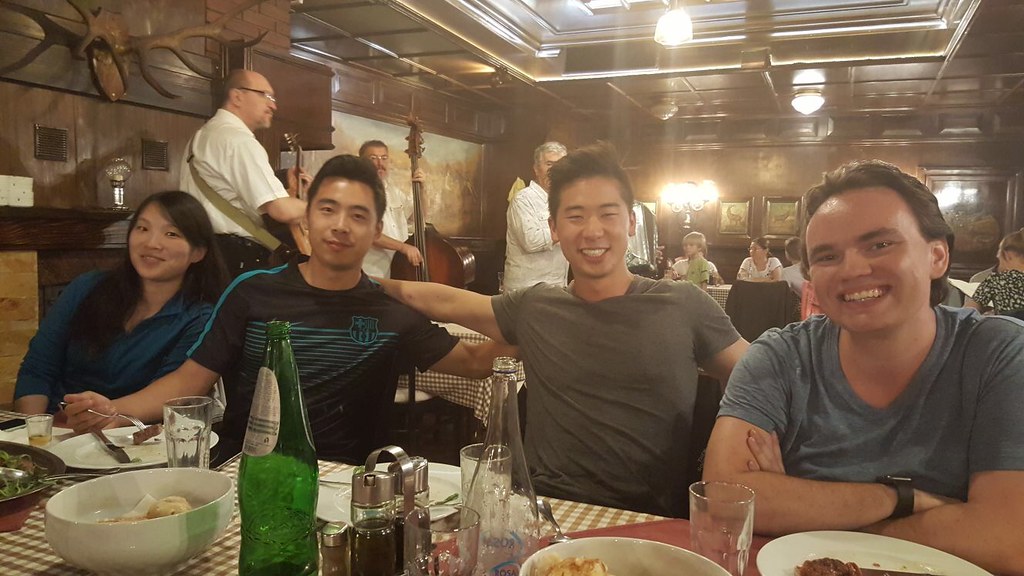 Technically if you want to be specific, Vladana is the daughter of Mihaela’s mother’s maiden of honor, which in Serbian tradition counts as close as being sisters. 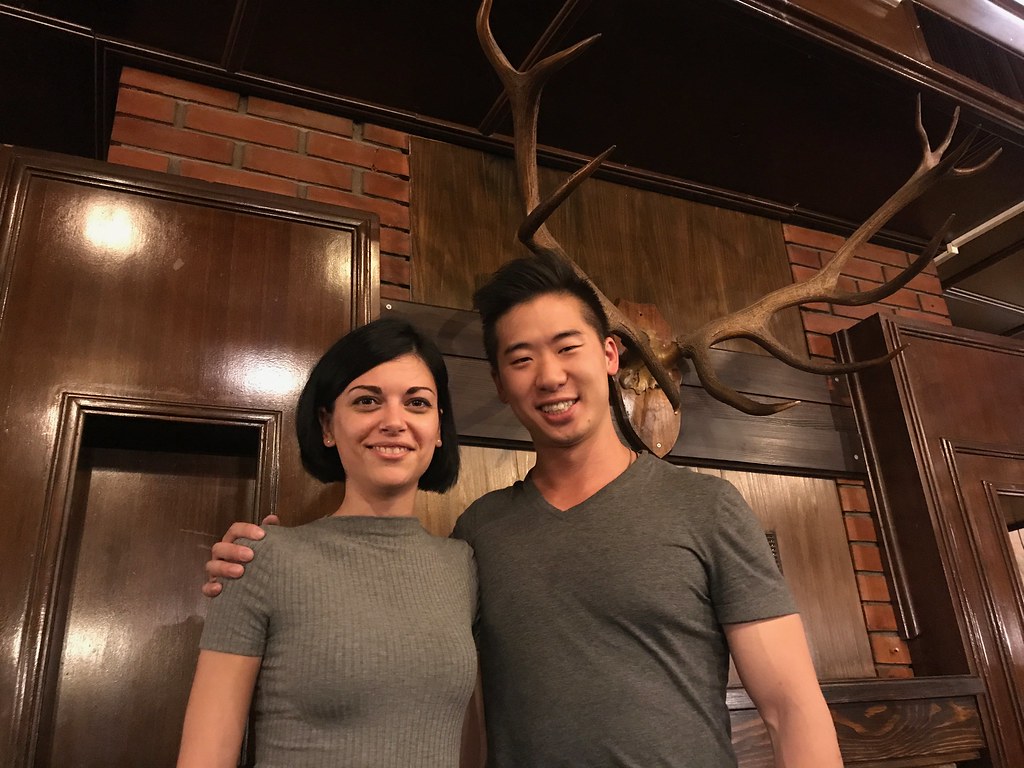 And just to add to the spontaneity, Mariana, a girl from Brazil who just quit her job to travel the world for a year, joined us as well after only 10 minutes of conversation at our hostel (even though she had a midnight bus to Bulgaria to catch!) 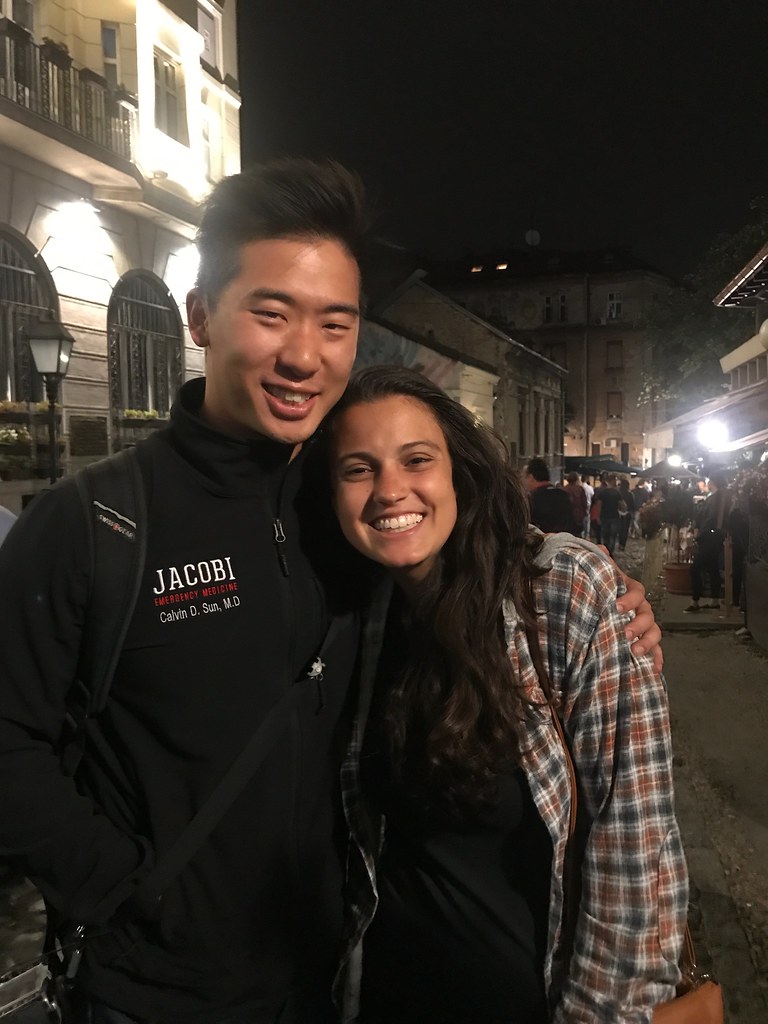 Once again with travel, It’s not about where you go, but who you meet: 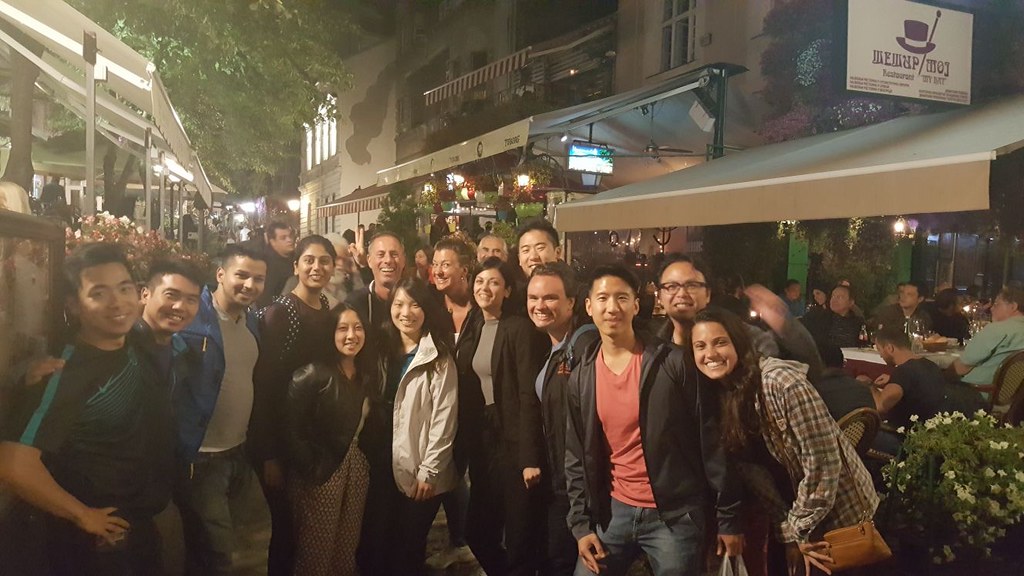 After saying our goodbyes to Vladana, who had to wake up early for work, and Bulgaria-bound Mariana we ended our night at a former beer factory and current hybrid parking lot (aka a central watering hole for an array of Serbian pubs). 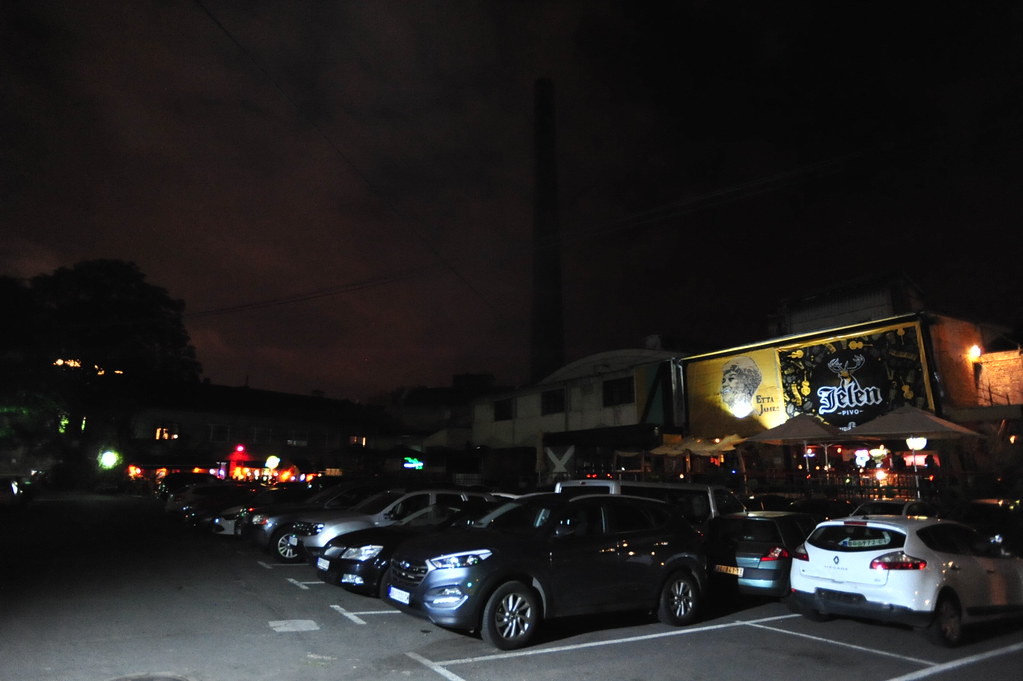 Tomorrow we wake up at 9am to catch a private 9:30am bus to Sarajevo!