From Belgrade To Sarejevo Via Srebrenica: Memories Of A Massacre

I had first heard of the Srebrenica Massacre back in 2005, when I was a college freshman and busy running the first national undergraduate film festival at Columbia University (CUNUFF). One of our first film submissions was a short film and documentary that highlighted the Srebrenica Massacre, and in response we created an entirely new award category — The Outreach Award for best community service film — to honor that film. To this day I have been unable to forget the impact that film submission had on me, and I knew that one day I would have to go visit Srebrenica.

And today would finally be that day.

For those of you who don’t know, in 1995 Srebrenica was the site of Europe’s worst mass murder since the Holocaust of World War 2, where over 8,000 Muslim Bozniaks — mostly men and boys — were systematically massacred at the hand of the Bosnian Serb Army of Republika Srpska (VRS) under the command of General Ratko Mladić.

Although the UN had declared the area of Srebrenica as a “safe area” under UN protection, UN PROFOR’s Dutchbat soldiers stationed in Srebrenica failed to prevent the town’s capture and subsequent destruction by the VRS.

Although Serbian President Tomislav Nikolić officially made an apology for the massacre in April 2013, he stopped short of calling it genocide while the Netherlands was found responsible in its own supreme court at The Hague for failing in its duty to protect the populace. Therefore to this day it remains controversial among the Serbian population whether the massacre actually happened, and if it did, that the Serbians would be responsible. Therefore it took an obscene amount of effort to find a bus company that would be even willing to take us to Sarajevo from Belgrade that would include a controversial of a stop as Srebrenica.

Nevertheless, the same rockstar monsooner Mihaela who had e-introduced me to her Serbian sister Vladana yesterday had somehow found a legit bus company Firma Traveler (Iznajmljivanje Najam Rentiranje Zakup Autobusa) who was able to agree and send over a professional driver to pick us up from our hostel at 9:30am, take us across the Serbian/Bosnian border, with a private stopover at Srebrenica before continuing onwards to drop us off at our hostel in Sarajevo.

And although I was a bit nervous that a Serbian bus company would actually follow through on this, Mihaela and her referred company delivered splendidly. 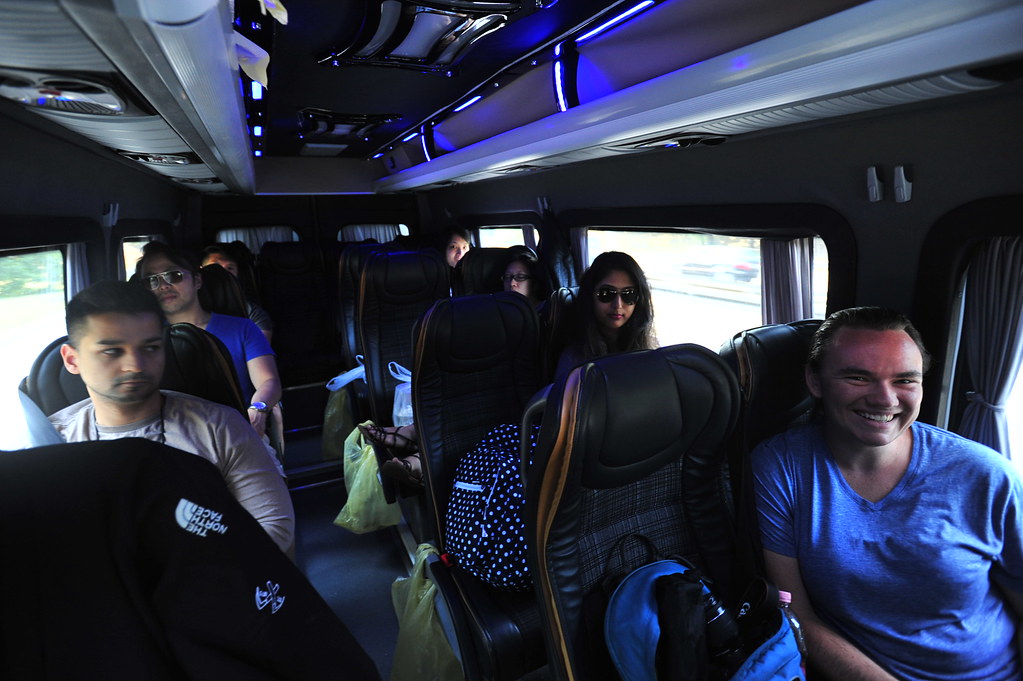 And away we went, arriving at the border at around noon. 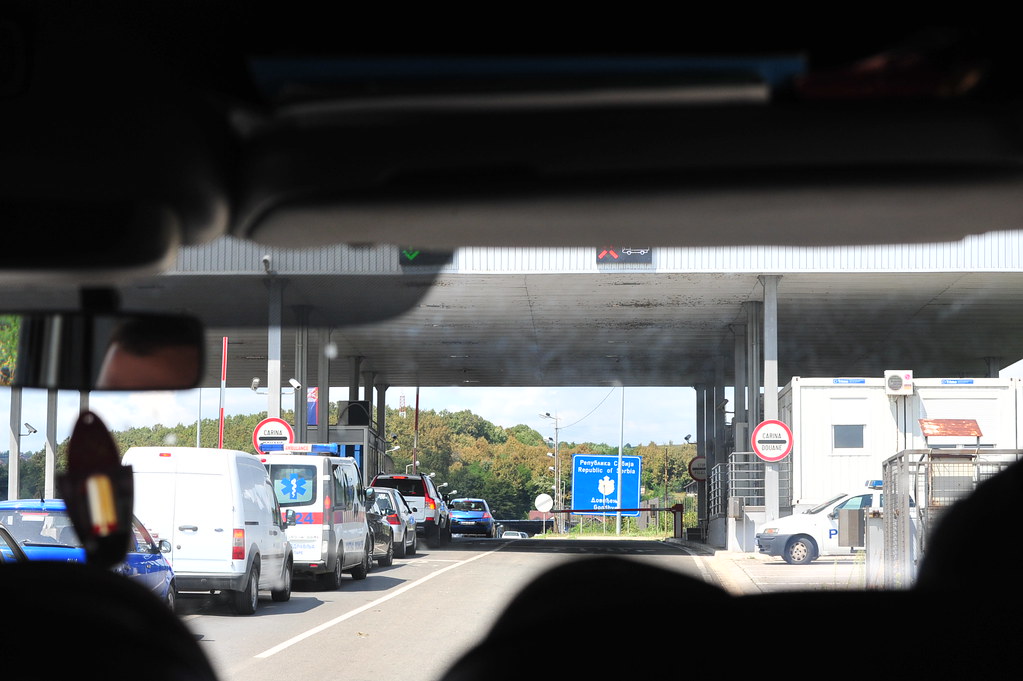 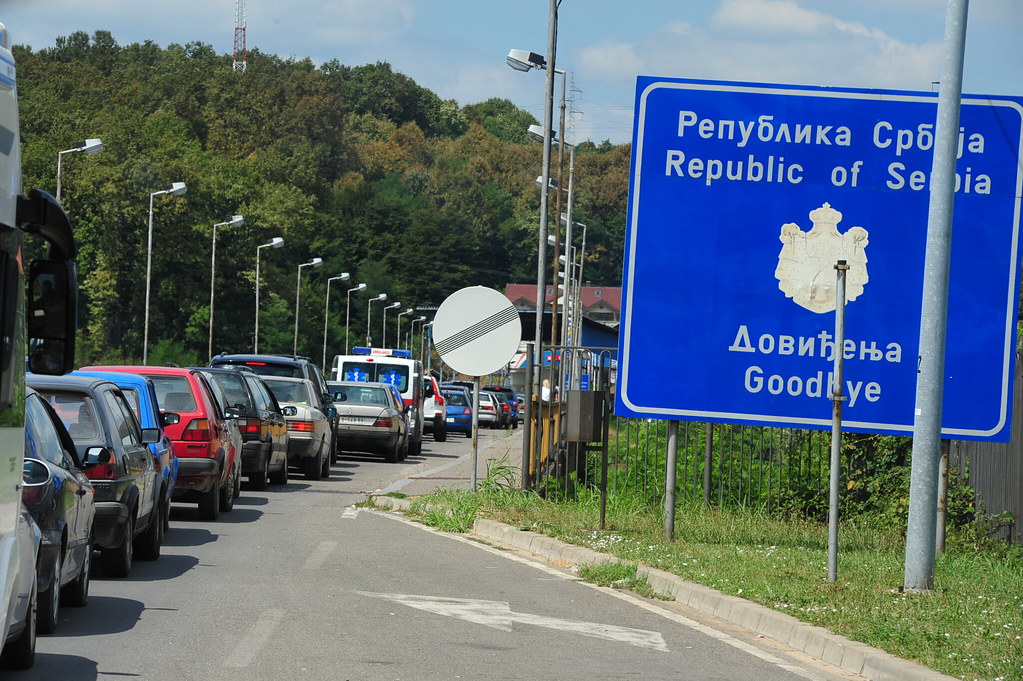 While waiting in traffic, we gave our passports to a border officer so we could be stamped out of Serbia. We then got them back about 10 minutes later and we went on our way across the border along Drina River. 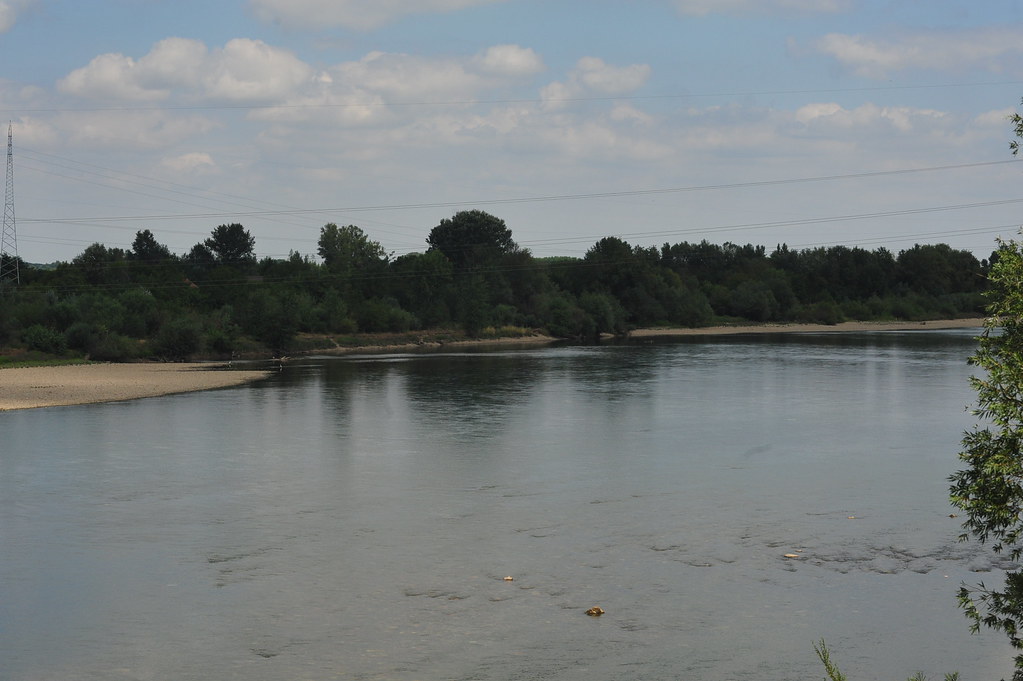 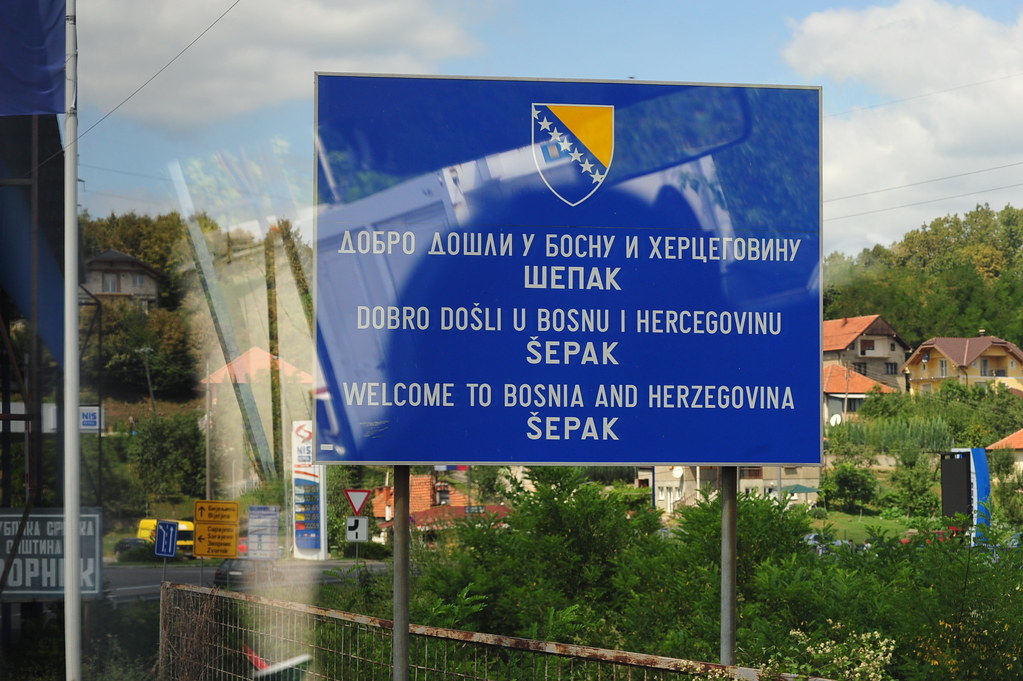 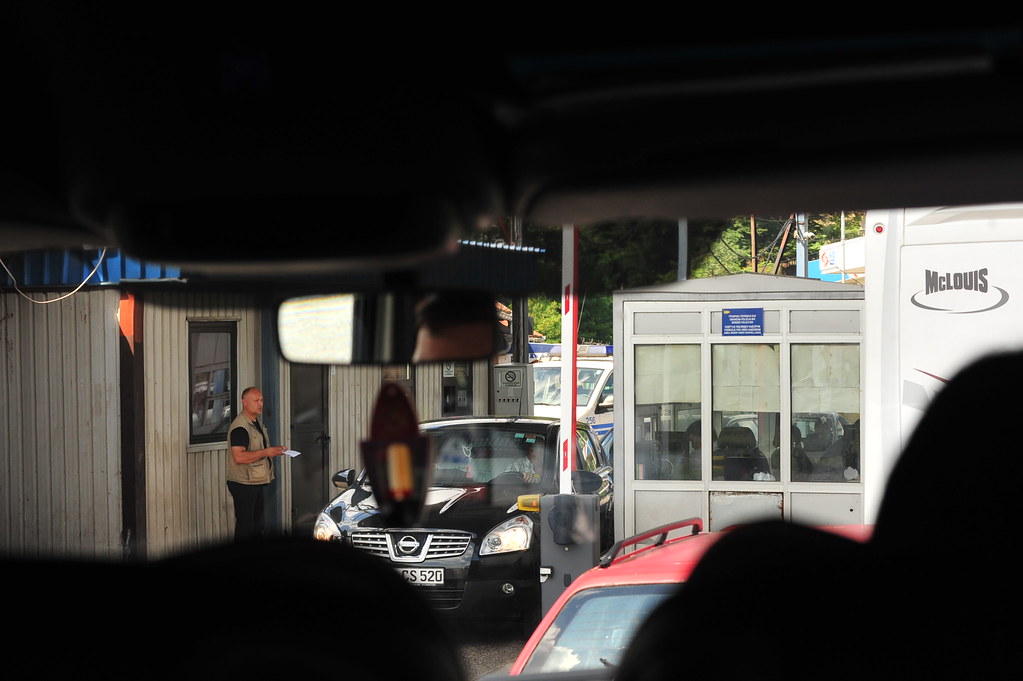 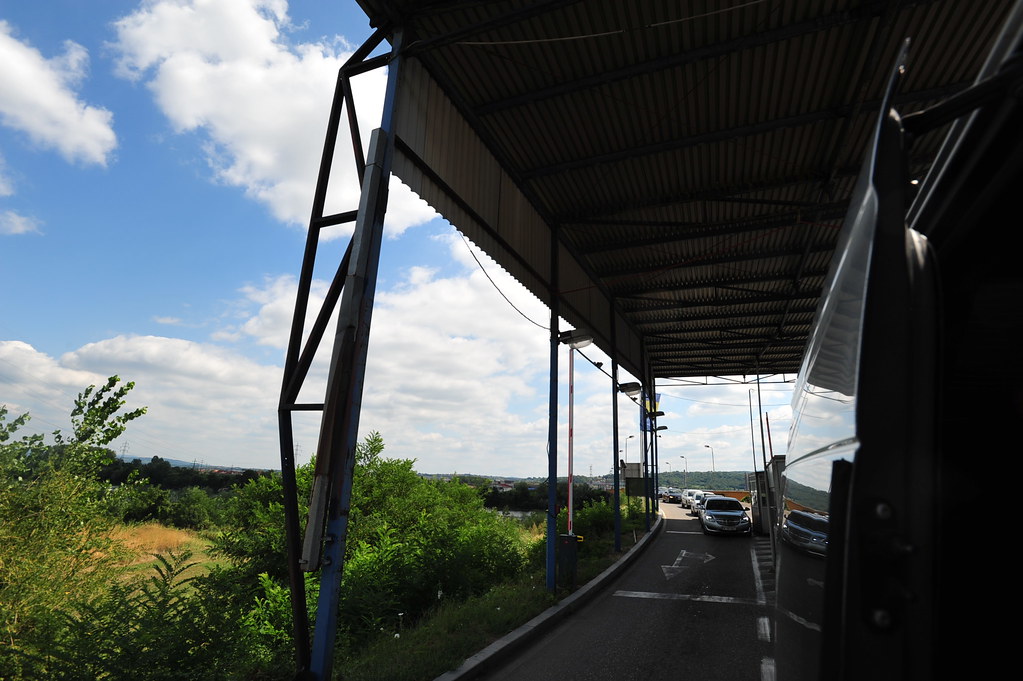 We then stamped back into Bosnia & Herzegovina and continued onwards another 2 hours south to Srebrenica, passing by a row of bombed out houses littered with bullet holes before arriving at the Memorial Site at 2:30pm. 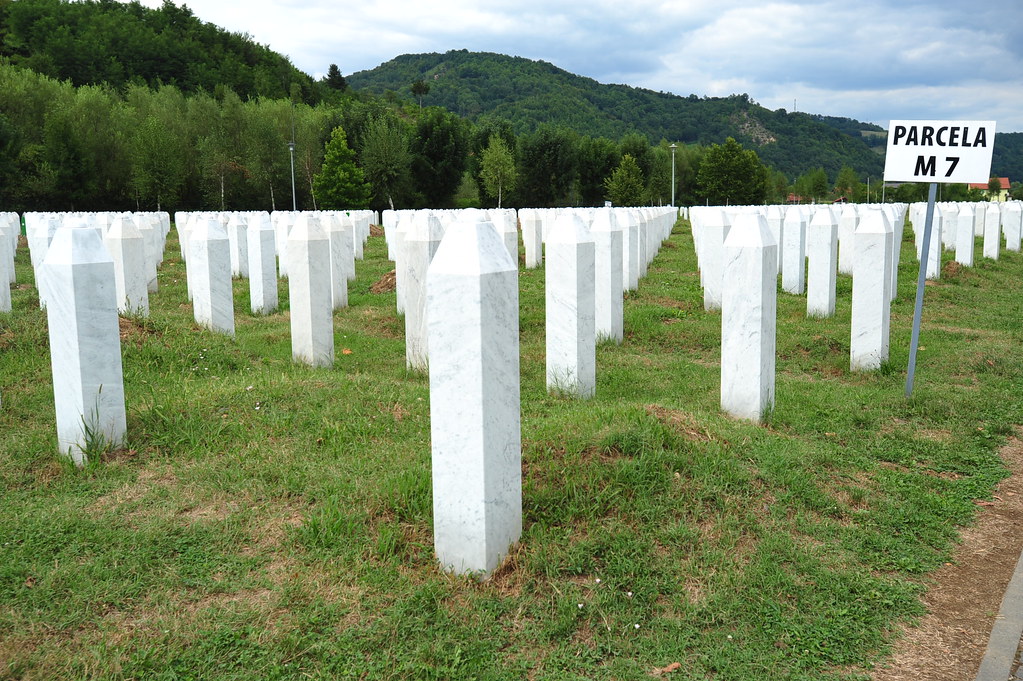 The place is a somber, humble place with tombstones marking the 6,938 genocide victims that so far been identified through DNA analysis from the remains that were found in the dug-out mass graves here. It was opened in 2003 by then US President Bill Clinton. 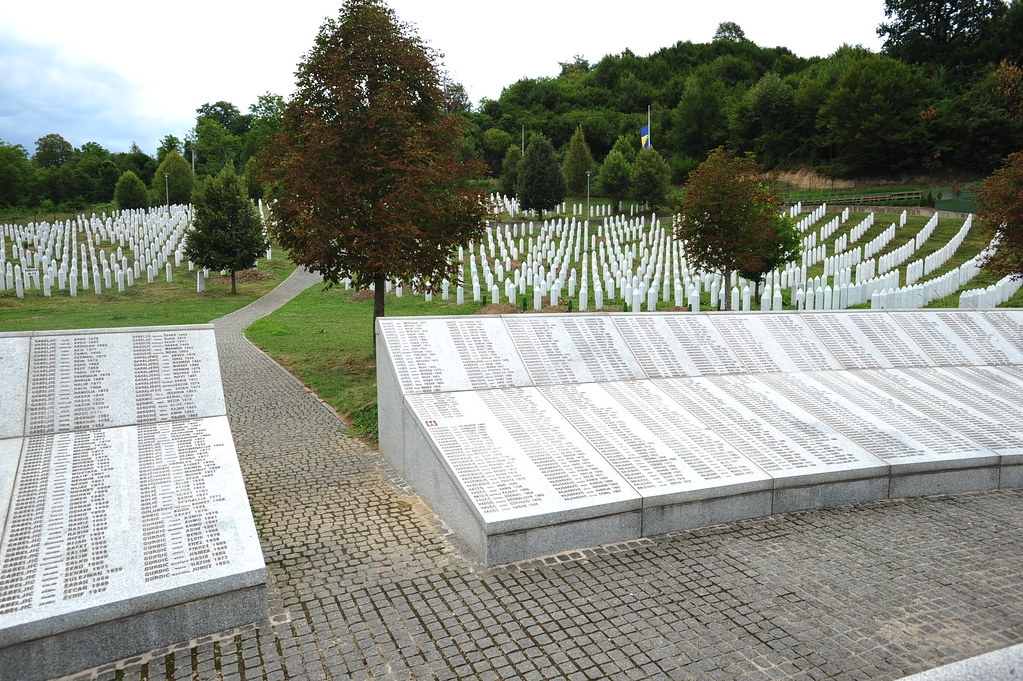 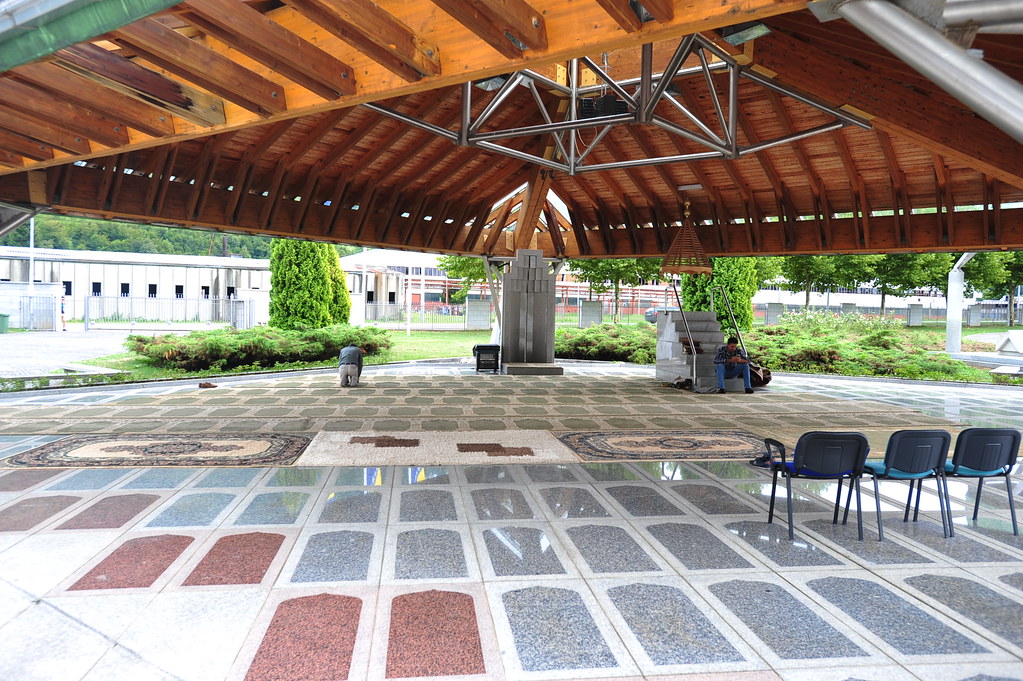 On the opposite site of the road is the Srebrenica Memorial Room, a large abandoned complex that now houses exhibits providing context and background to the massacre. 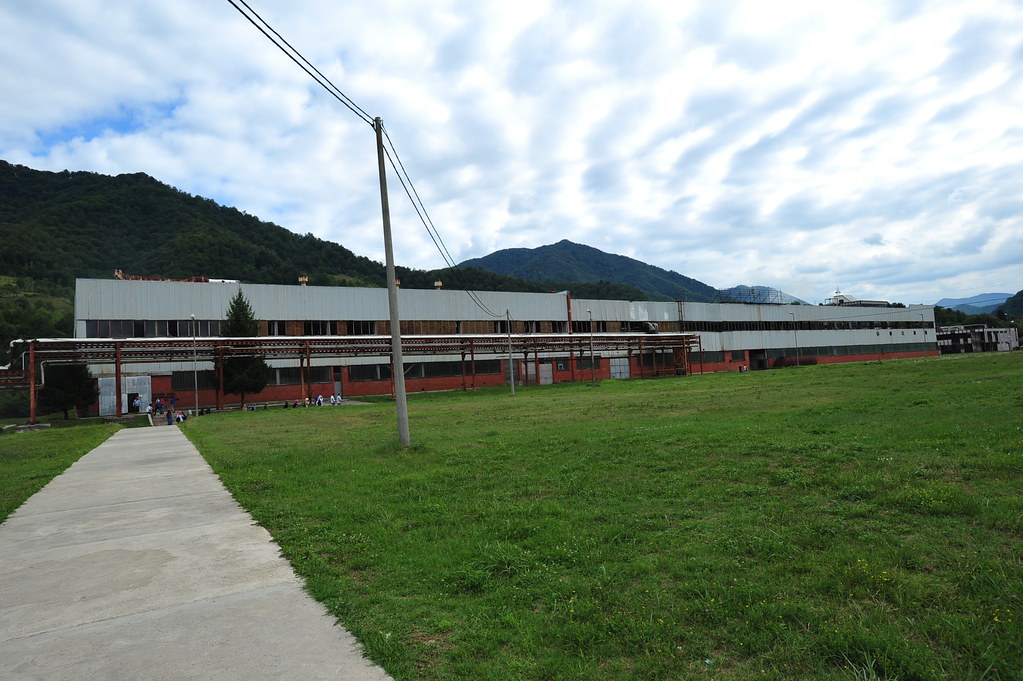 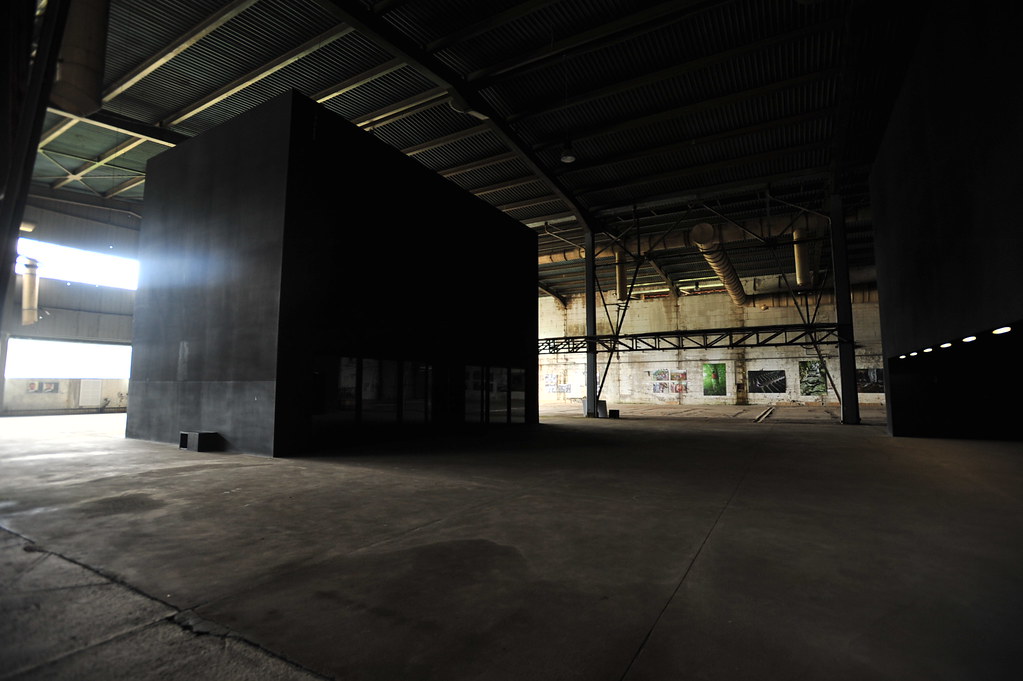 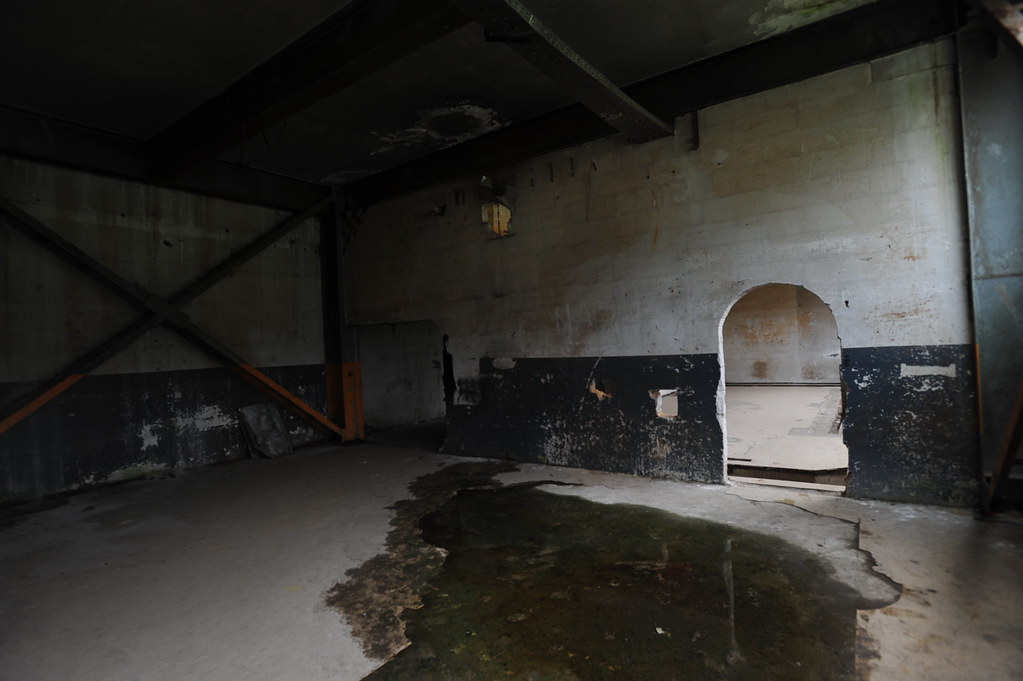 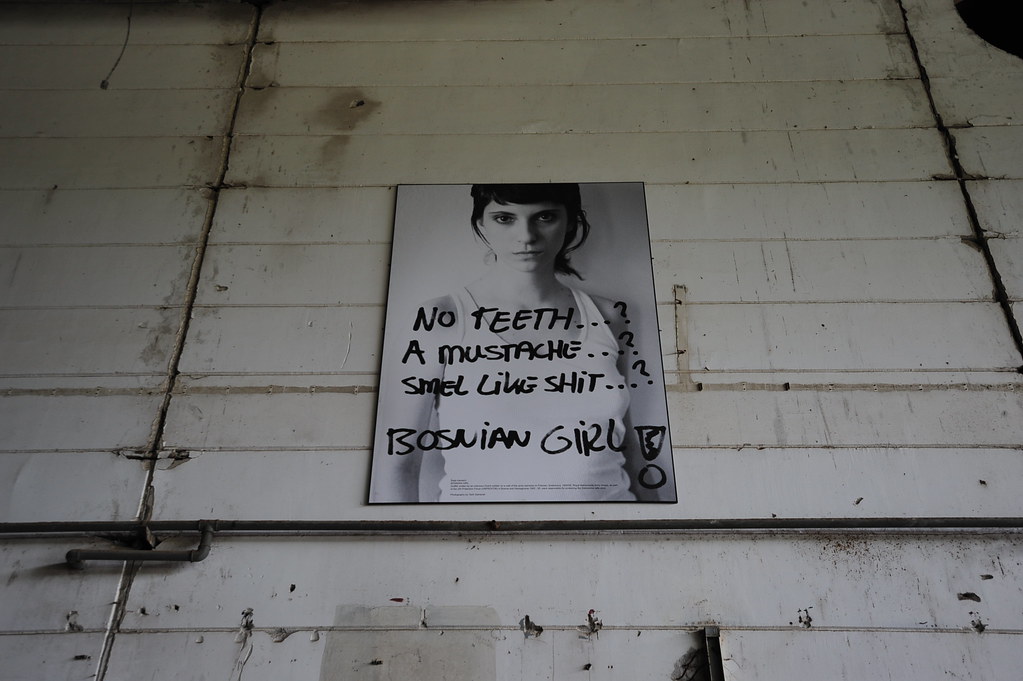 After about half an hour here we returned to our bus and continued onwards to Serbia.