What we just did today:

After a morning in Lake Bled and an early afternoon at Predjama Castle, it was finally time for the big finale of our day: The Postojna Caves. Spanning 24,340m long and carved by the Pivka River over the course of 2-3 million years, this impressive cave system houses the world’s only underground post office, boasts a concert hall that can fit up to 4,000 people, and is home to the olm, the world’s largest troglodytic amphimbian/salamander.

Arriving at around 3:30pm to make it in time for the last tour of the day at 4:00pm, we were split up into 2 large groups based on language preferences (English or German). 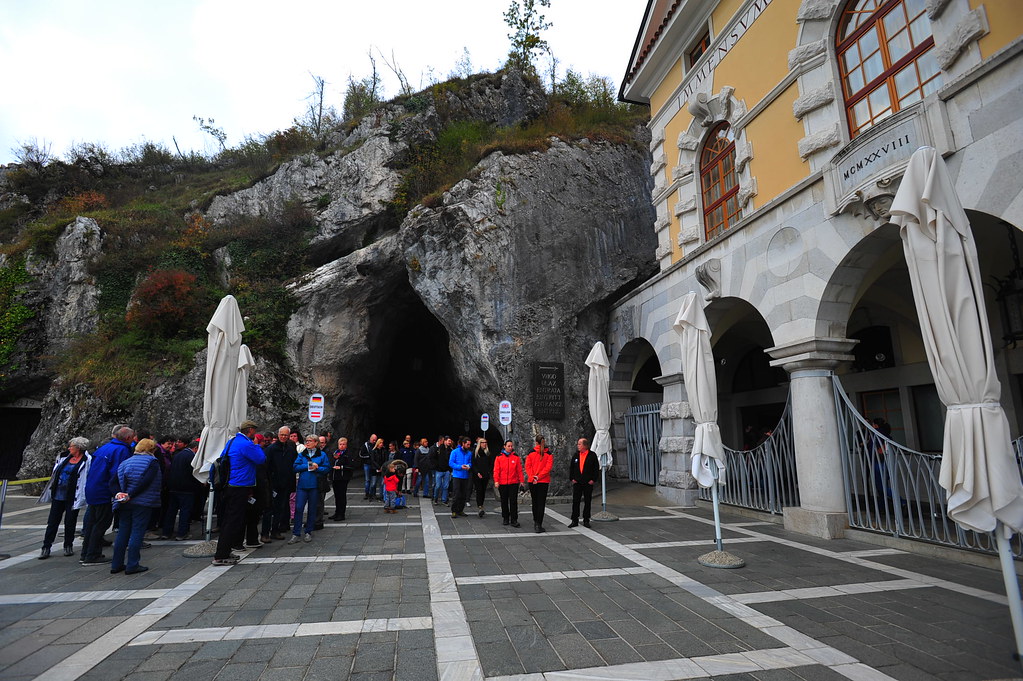 We then were guided to the famous train ride that takes you deep deep within the cave system. 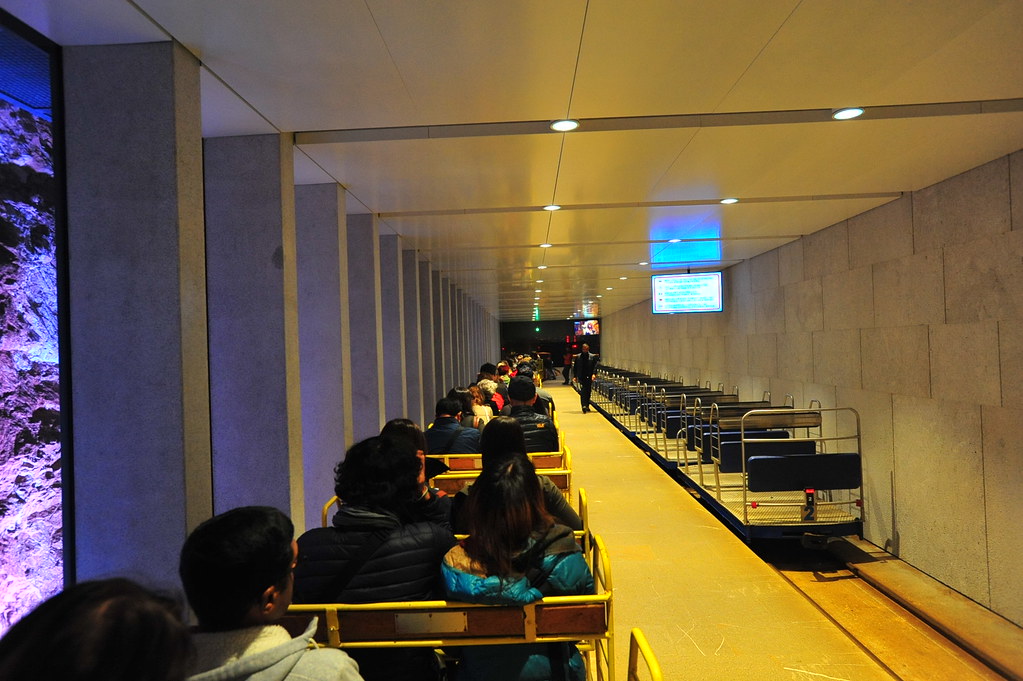 Watch your head! If you haven’t yet seen the video we posted at the top of this entry, this train goes fast and is no joke! 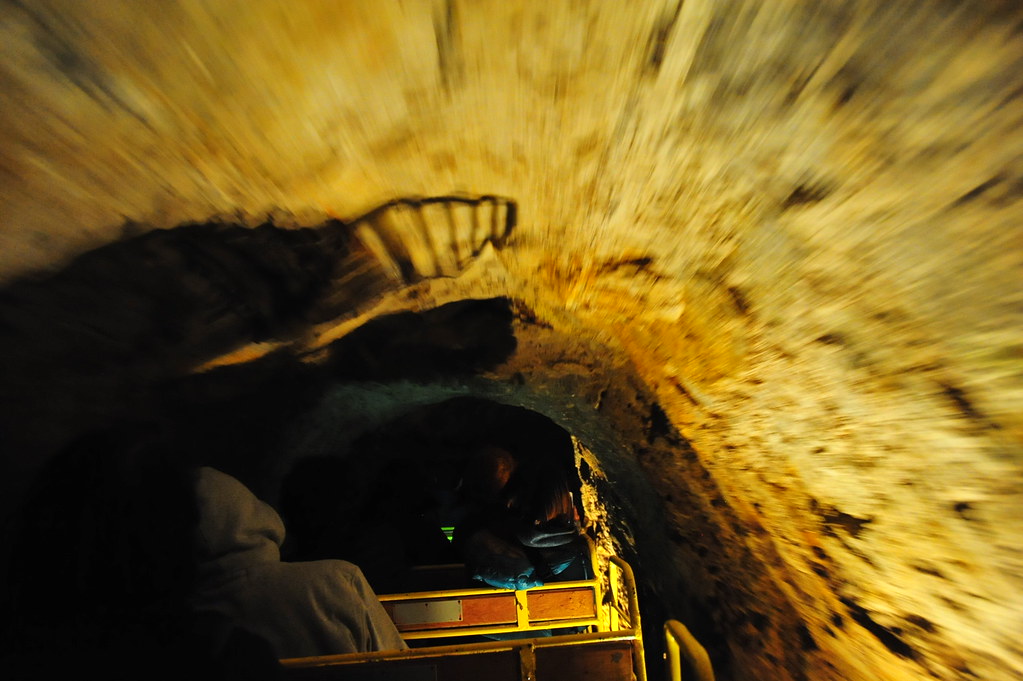 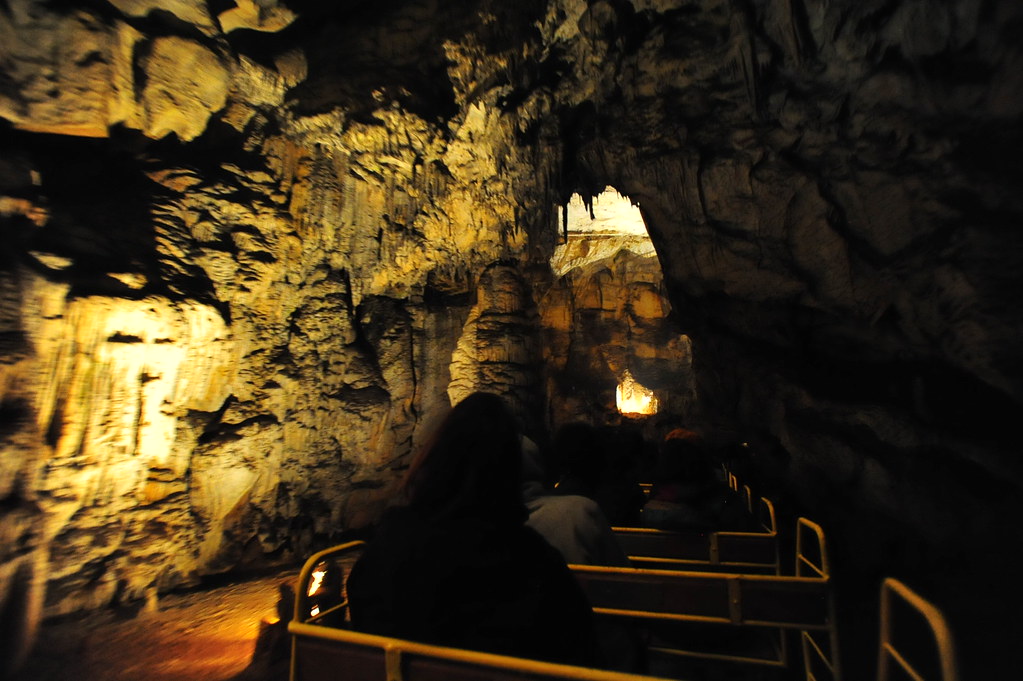 After about a spirited 10 minute train ride, we finally stopped for the obligatory hour and a half guided walking tour through the caves. 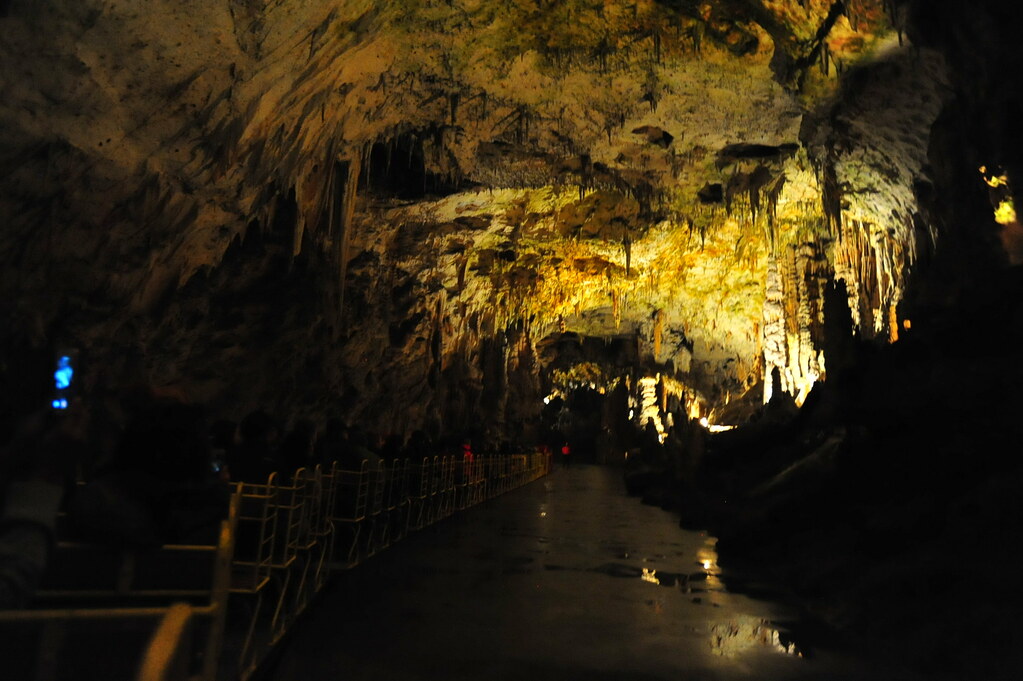 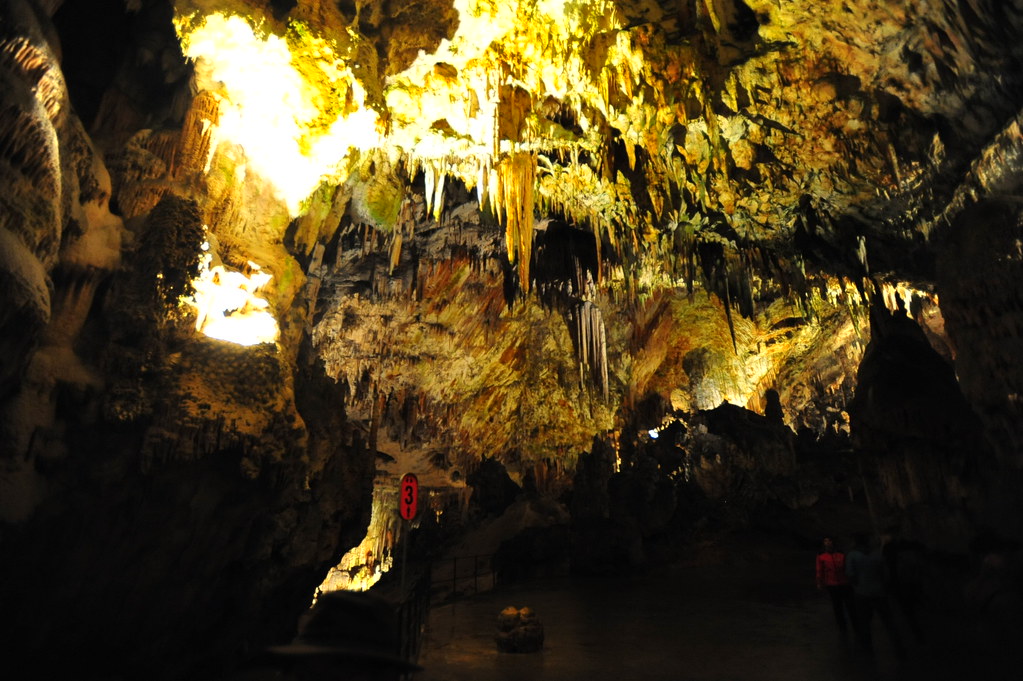 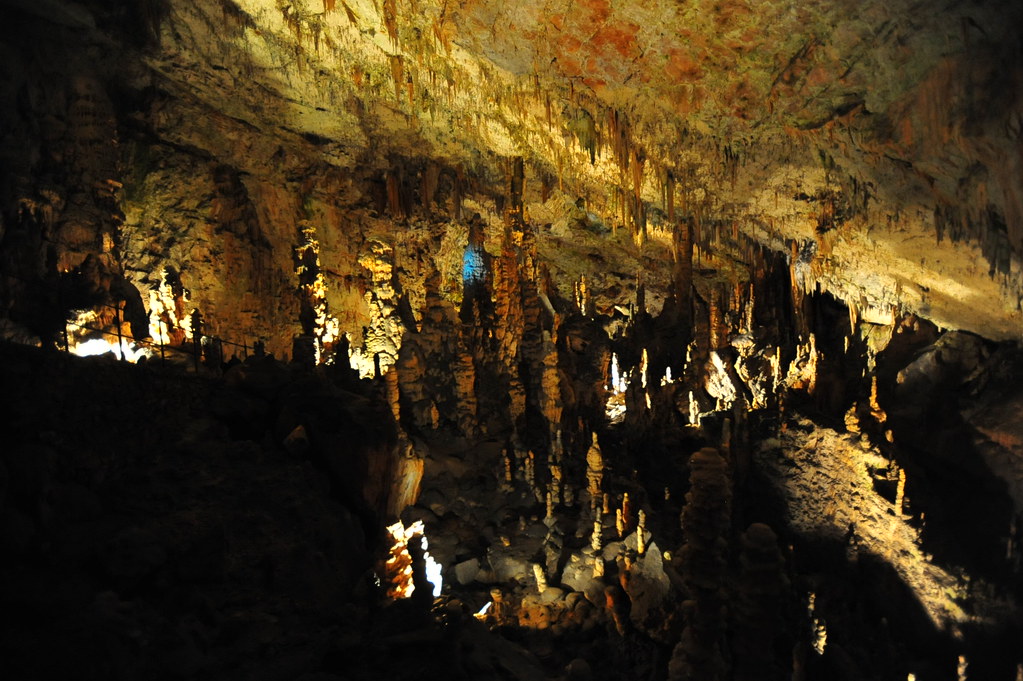 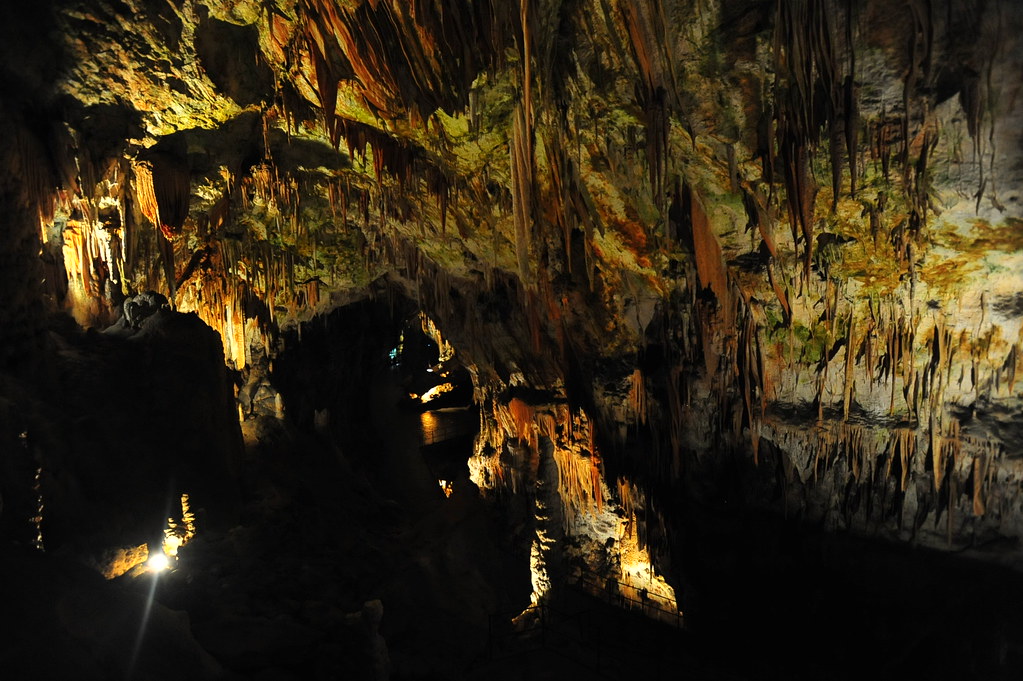 Definitely take your time to ponder the formation of these amazing stalagmites all around you, created slowly over millenias by tiny drops of water carrying limestone and other minerals from the flowing Pivka River above.

It takes an entire century to form a single centimeter of these structures. 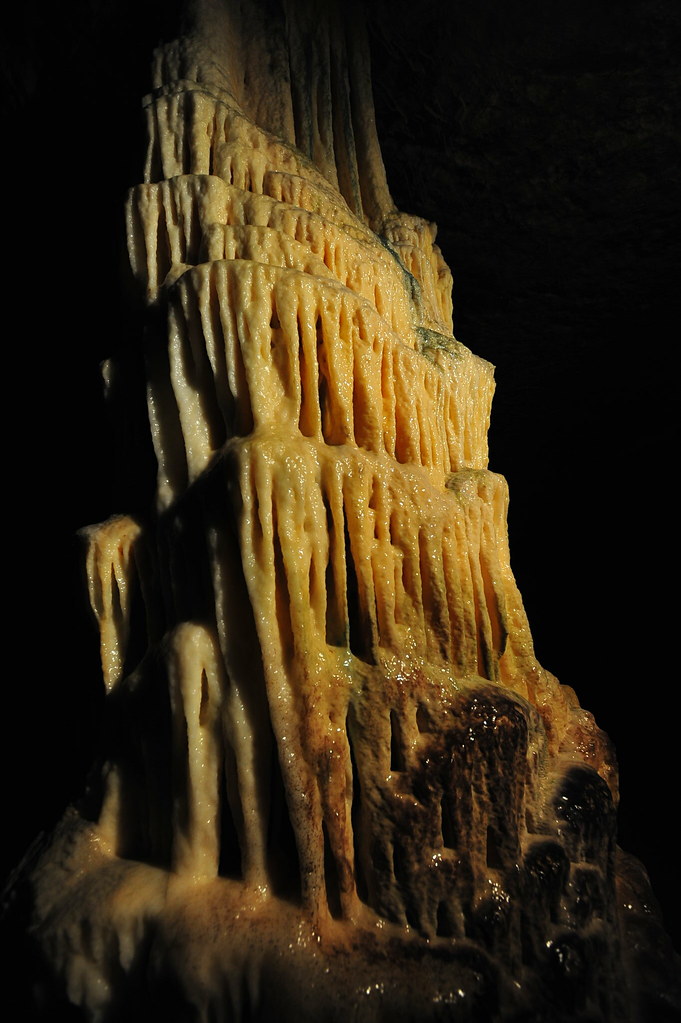 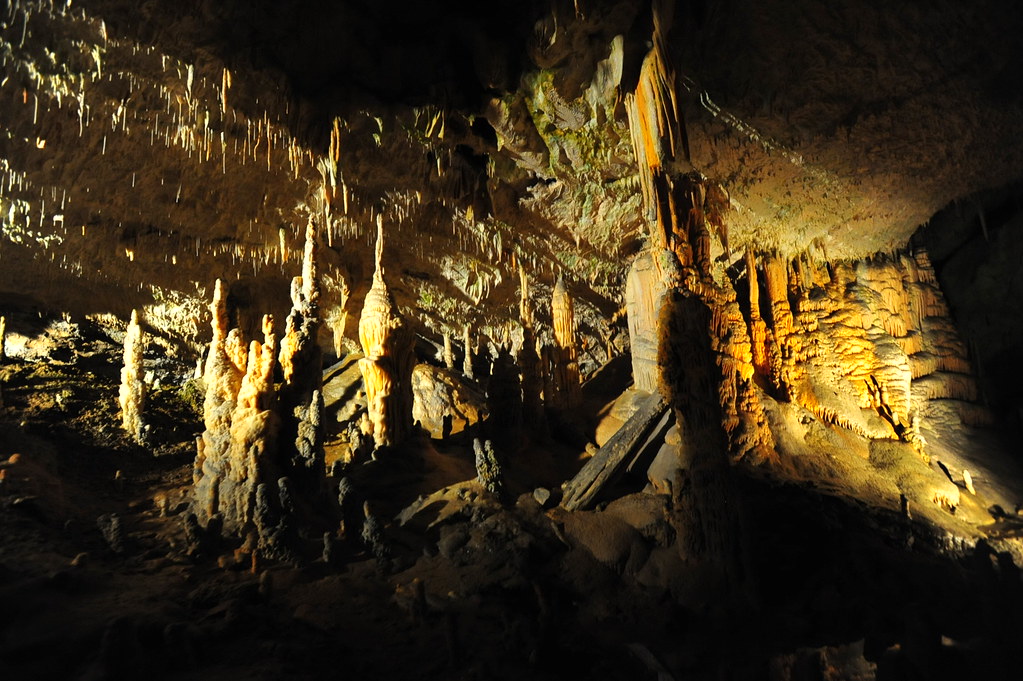 At some point you’ll cross the Russian Bridge, named for the Russian prisoners of war during World War I who constructed it. 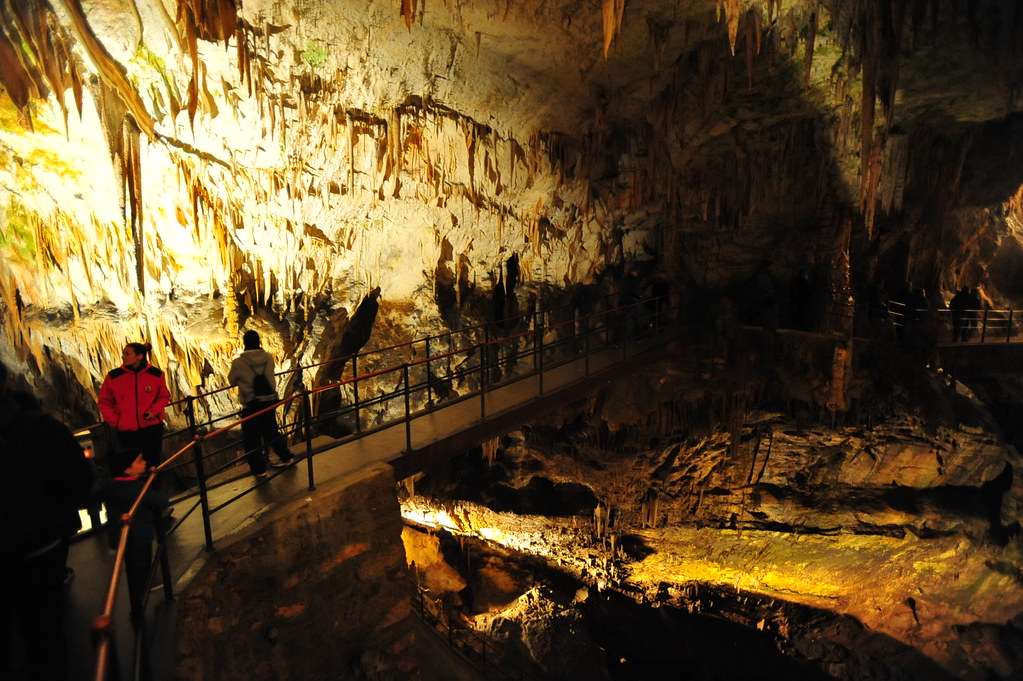 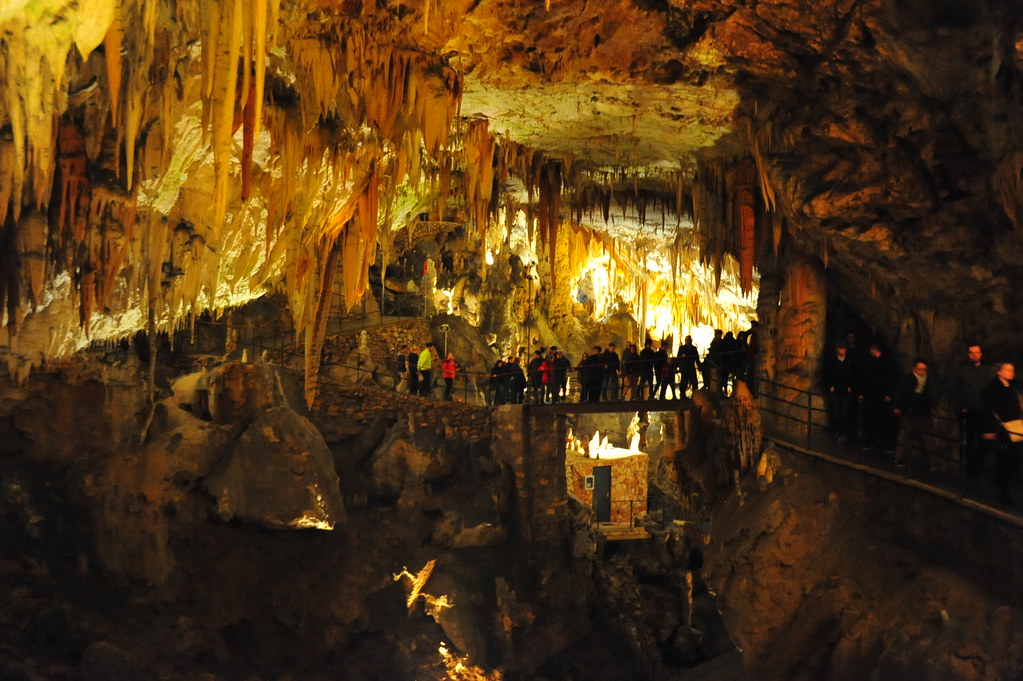 You’ll then be led through 3 chambers that are arguably the best part of the cave system. The first is Spaghetti Hall, known for its spaghetti like stalagmites that hang from the roof. 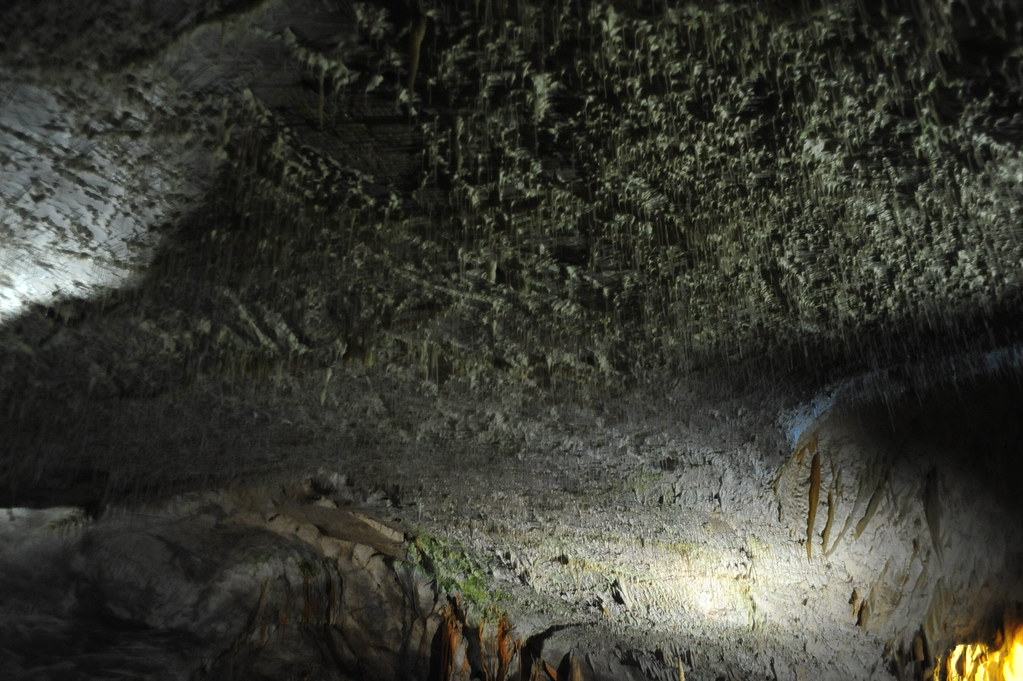 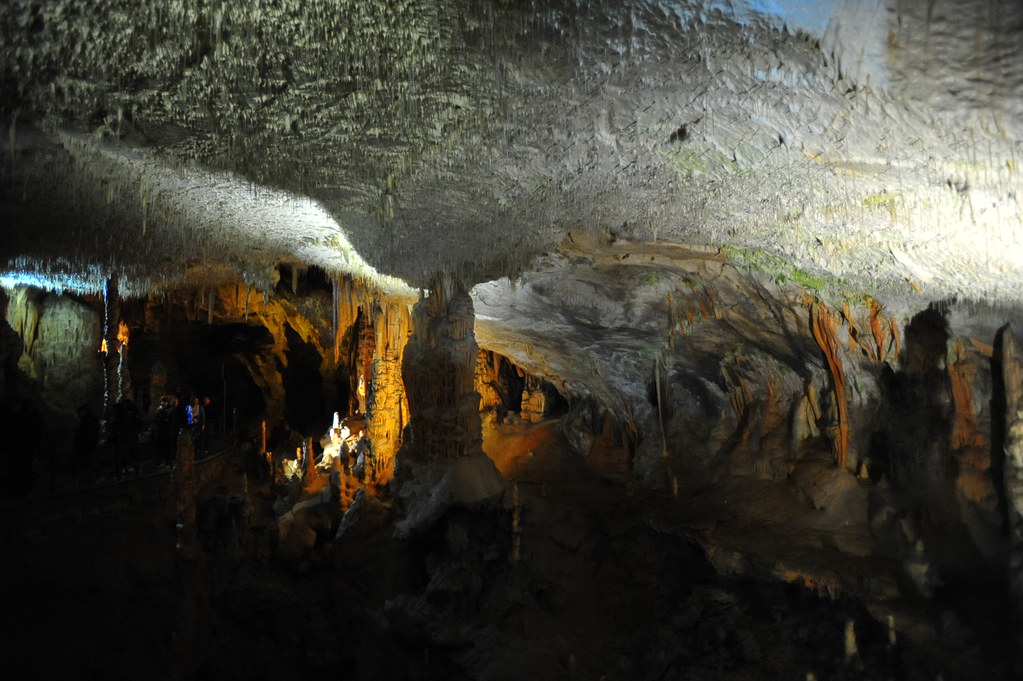 Second is the White Hall, named after its beautifully white calcium carbonate stalagmites. 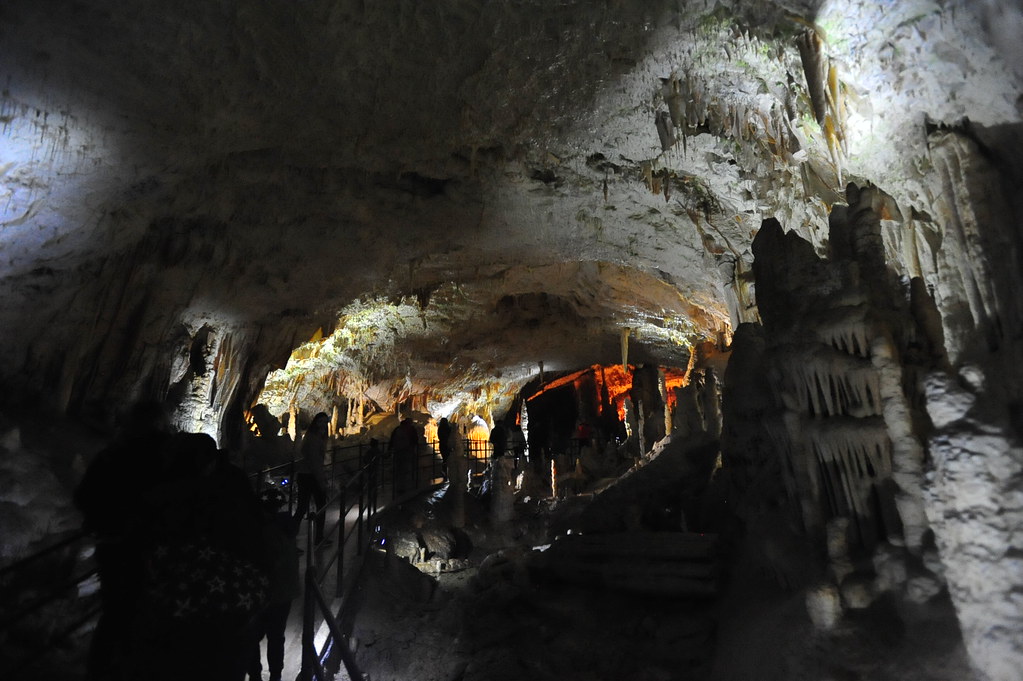 Finally the last one is the Red Hall, obviously named for its reddish stalagmites. 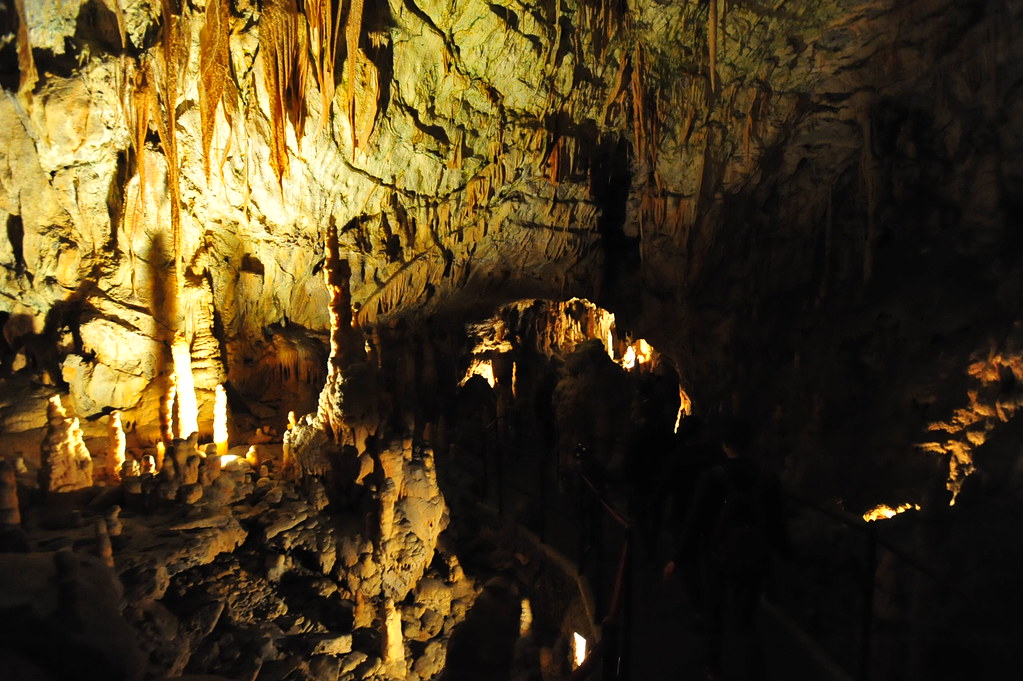 Then go forth and take a photo of Brilliant, the unusual pair of white and red stalagmites that have become the official symbol of the Postojna Caves. 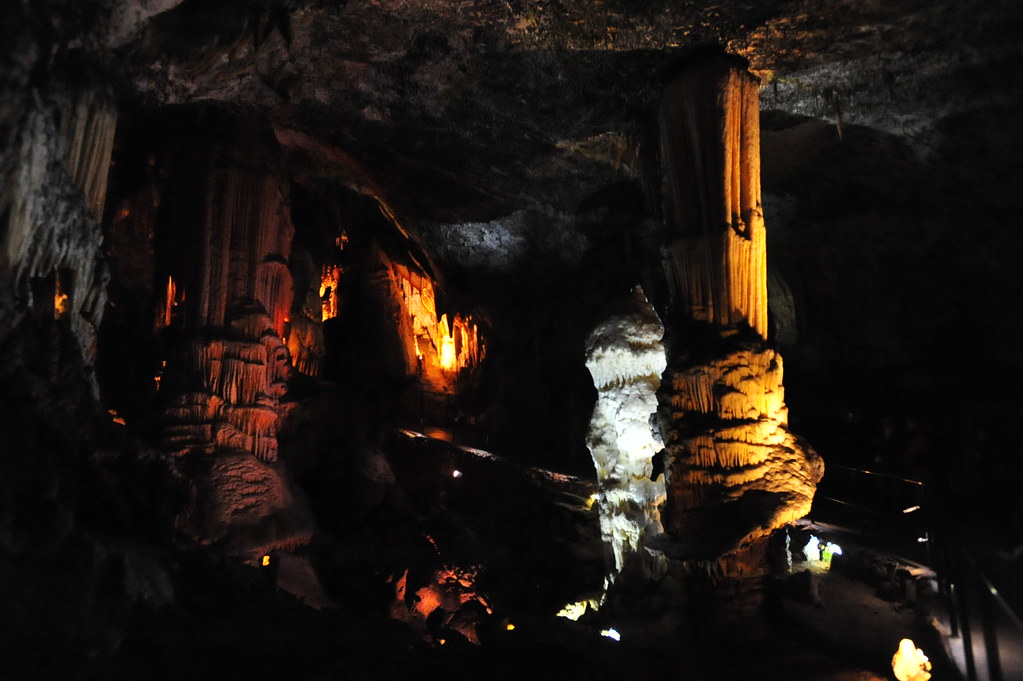 Next you can get a  glimpse of the olm on a live-camera (for the babies that just hatched last year) and at the nearby aquarium. These creatures are remarkable for its lifespan of 100 years, having evolved to this point within the forbidding Postojna Caves, and even being able to live for 5-6 years without eating. 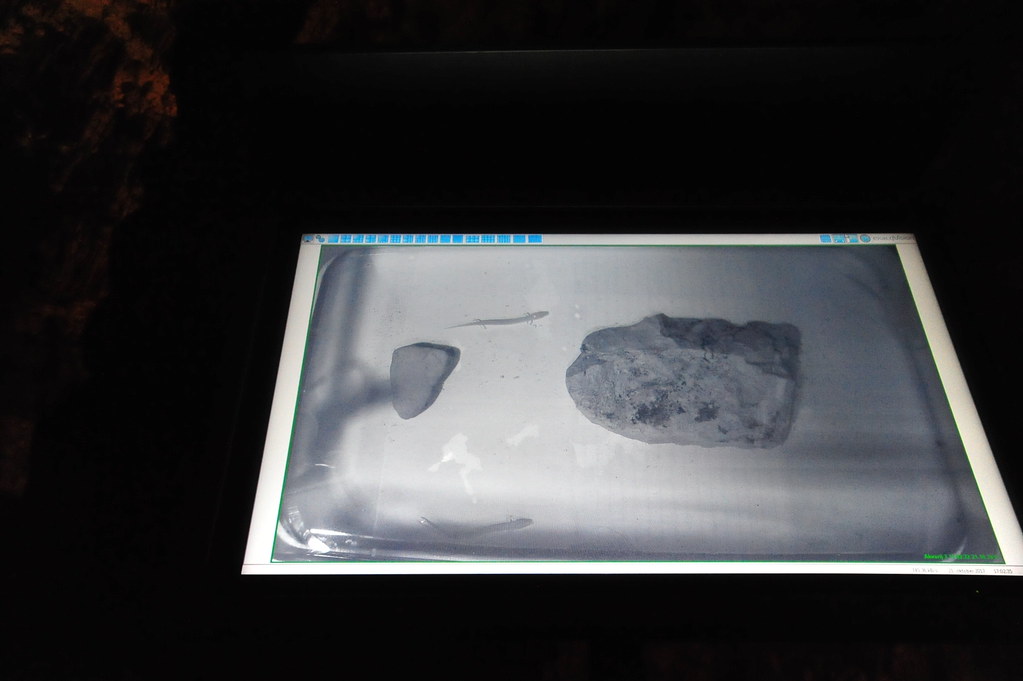 Afterwards, test out your singing voice with the remarkable acoustics of Postojna’s concert hall, which can fit up to 4000 guests. 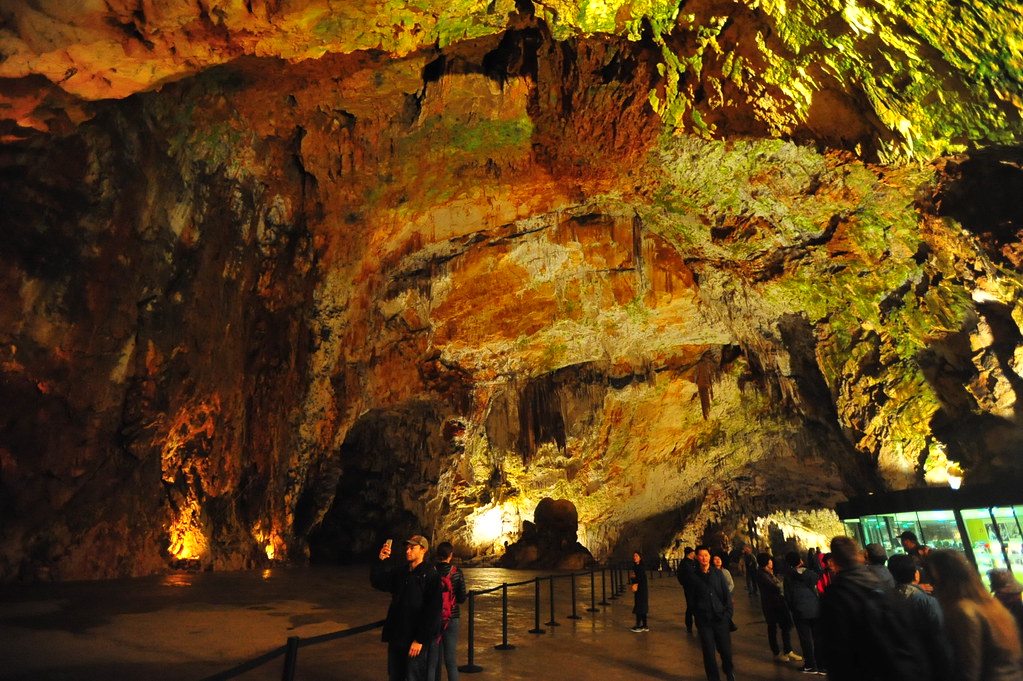 Here you can mail a postcard out from the world’s only underground post office, before boarding your train back to the entrance/exit. 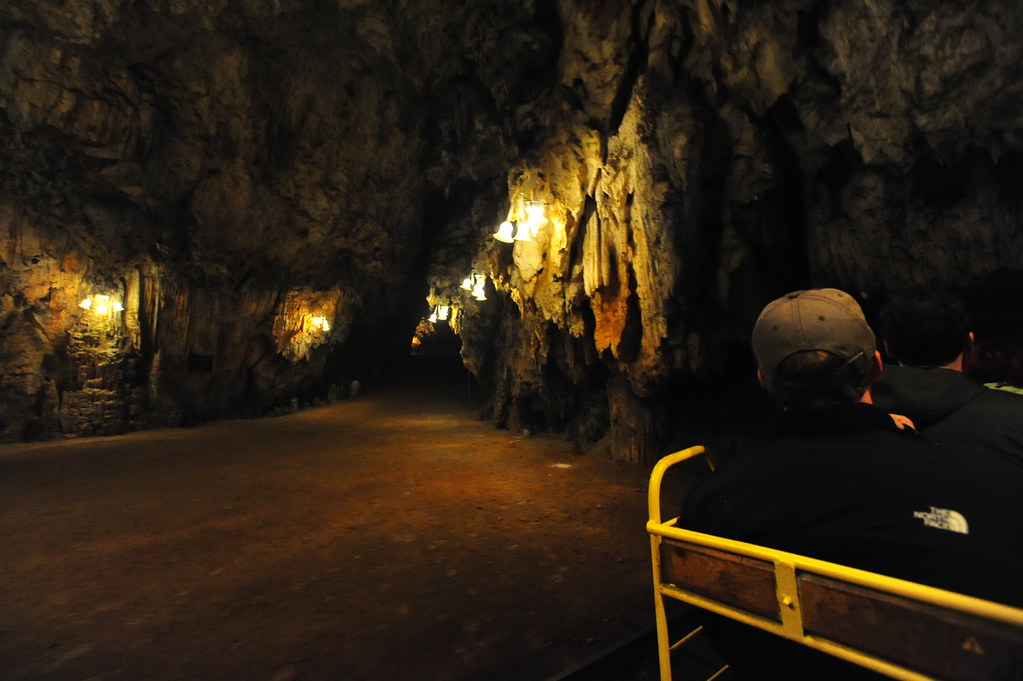 After getting off the train, take a peek over to your left to see the actual culprit responsible for this entire cave system: The Pivka River. 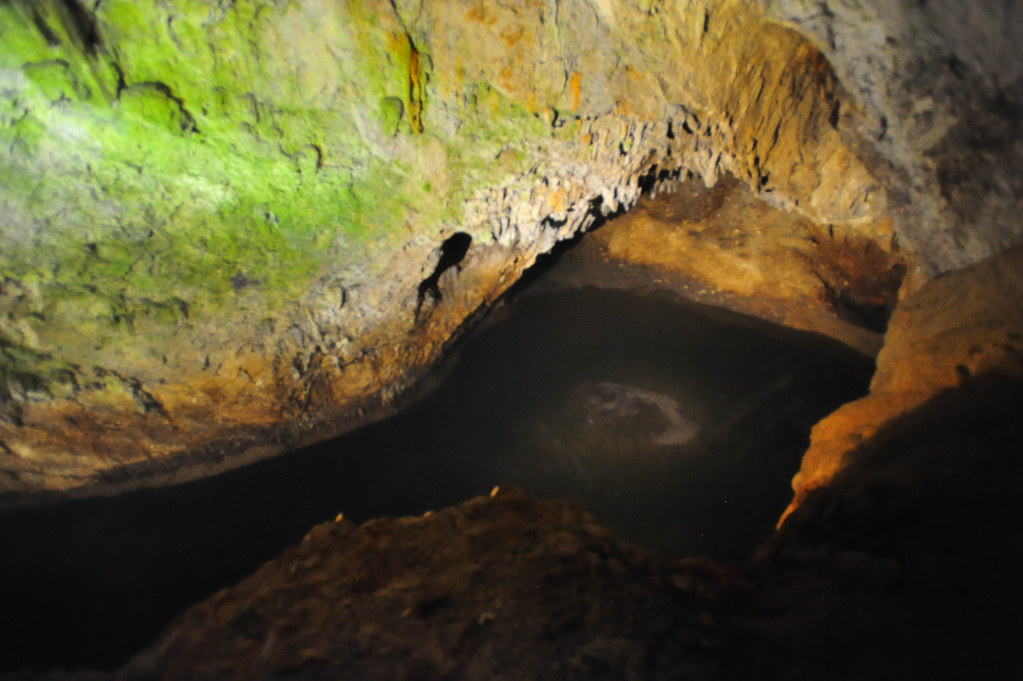 With that, we headed back to Ljubljana and arrived into the city by 7:30pm. Instead of getting off at our hostel, however, we asked instead to be dropped off at Ljubljana Castle so we could check it out and its views over Ljubljana before it closed at 8pm. Our adventure continues: Click here for our monsoon of Ljubljana Castle. 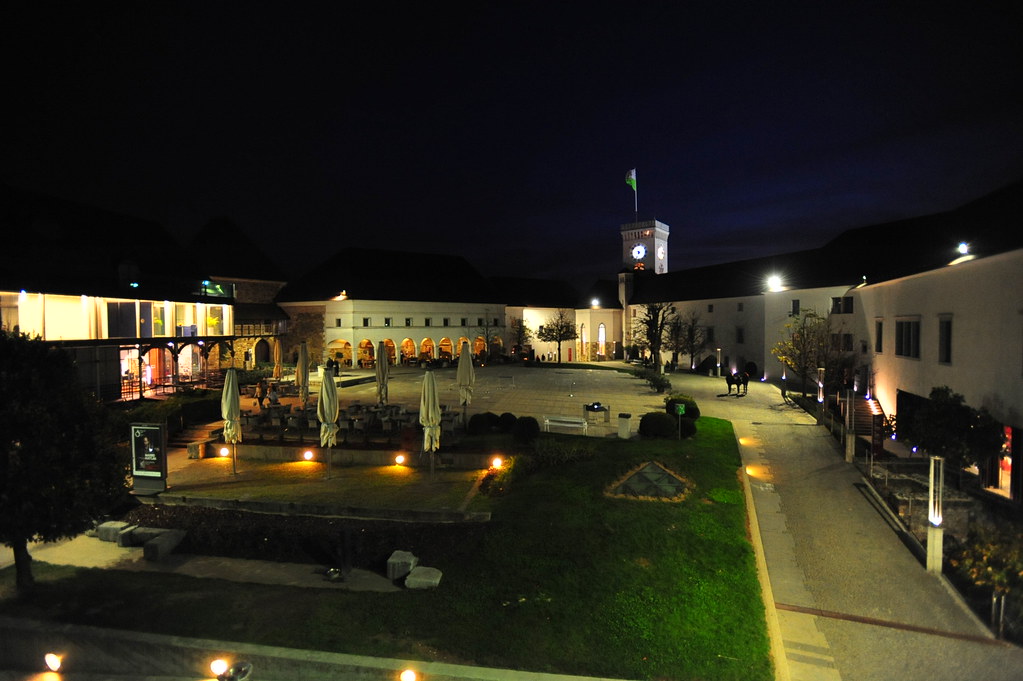 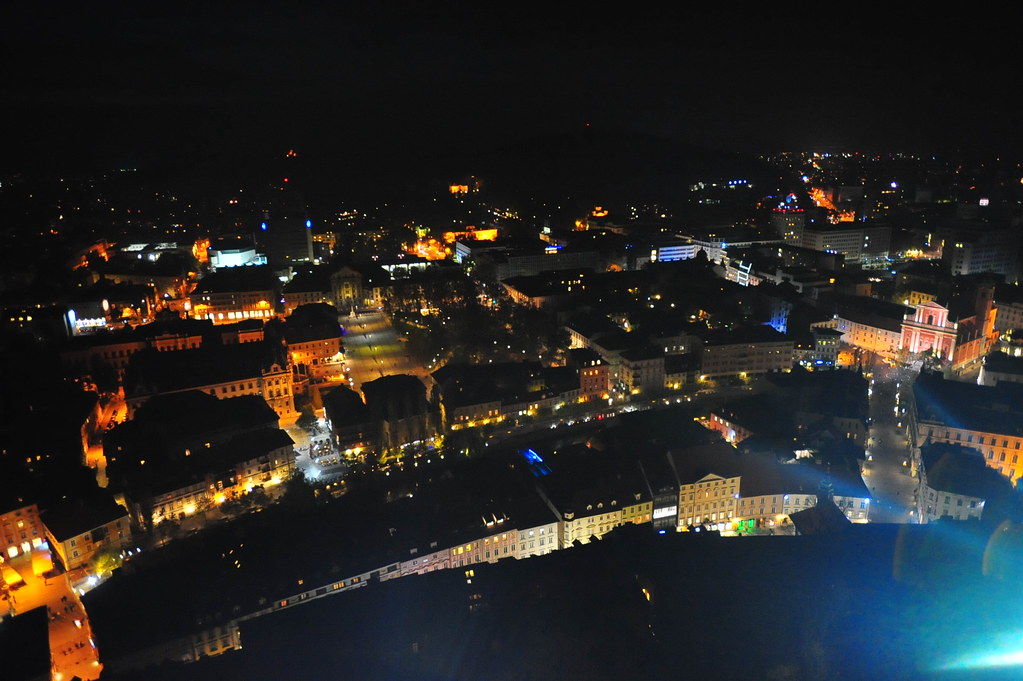