Getting in a healthy 7 and a half hours of sleep, I decided to leave with the first group of 5 monsooners at 7:30am to make sure their direct 9:30am flight to Cairns turned out okay. Sarah, who with me was supposed to leave on the later 10:35am flight to Brisbane for a connecting flight to Cairns, joined along as well.

Because Sarah and I arrived extra early to the airport, Qantas moved us free of charge to the 8:30am flight to Brisbane, giving us an unexpected 5 and a half hour layover in Brisbane. Might as well make the most of it then!

When we landed in Brisbane an hour and a half later at 9am local time (10am Sydney time), we took a 20min Uber ride into the city, beginning our walking tour at Saint Johns Cathedral, an Anglican church and cultural heritage site featuring Gothic Revival architecture & wood carvings. 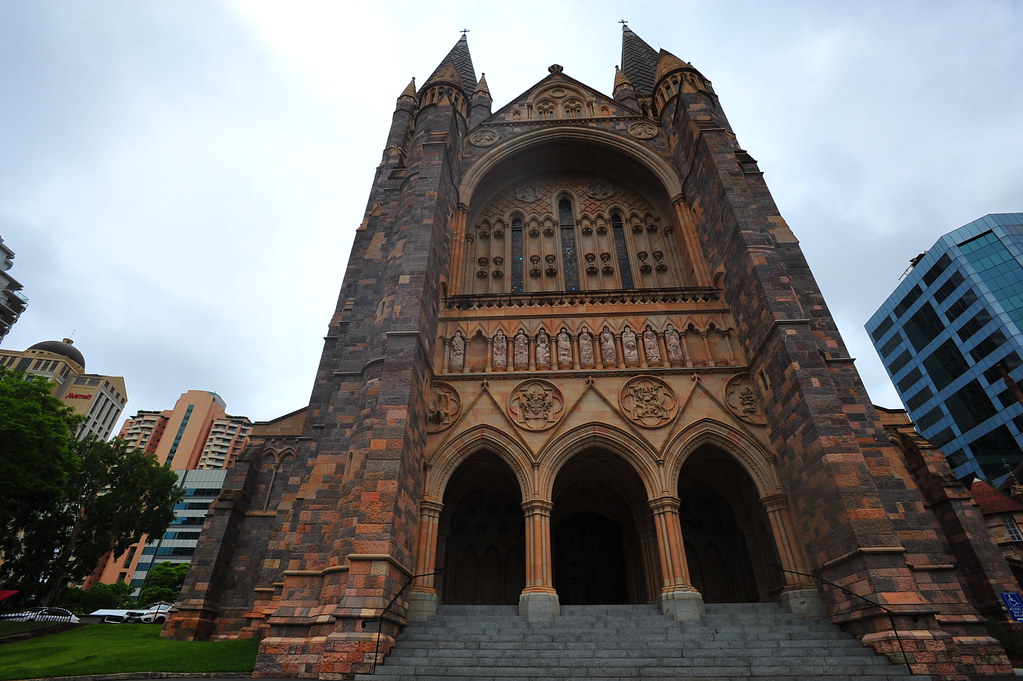 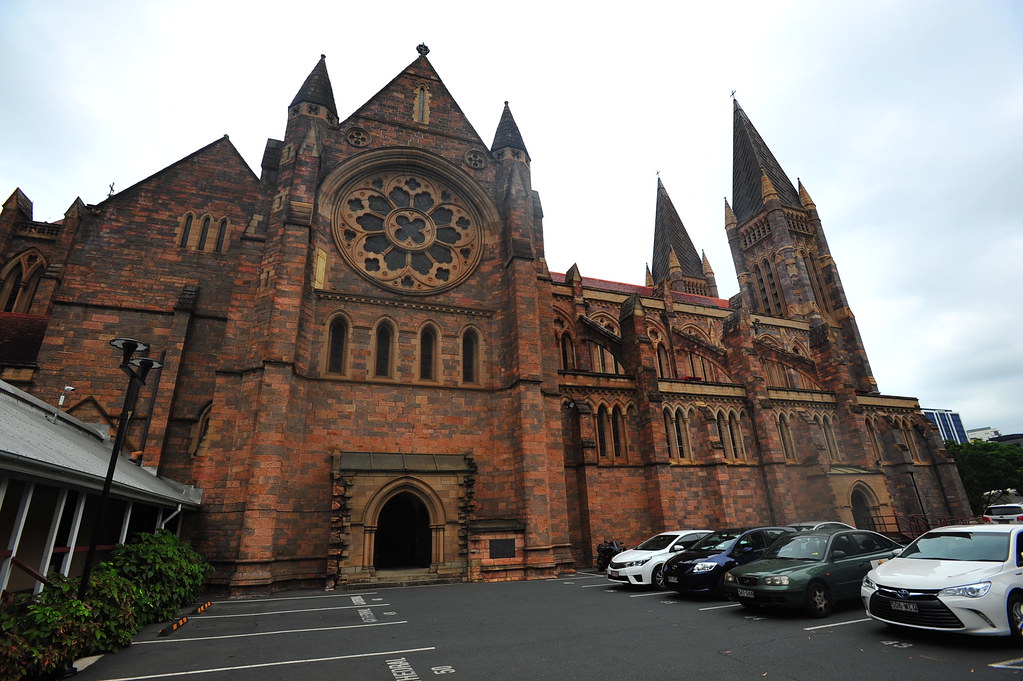 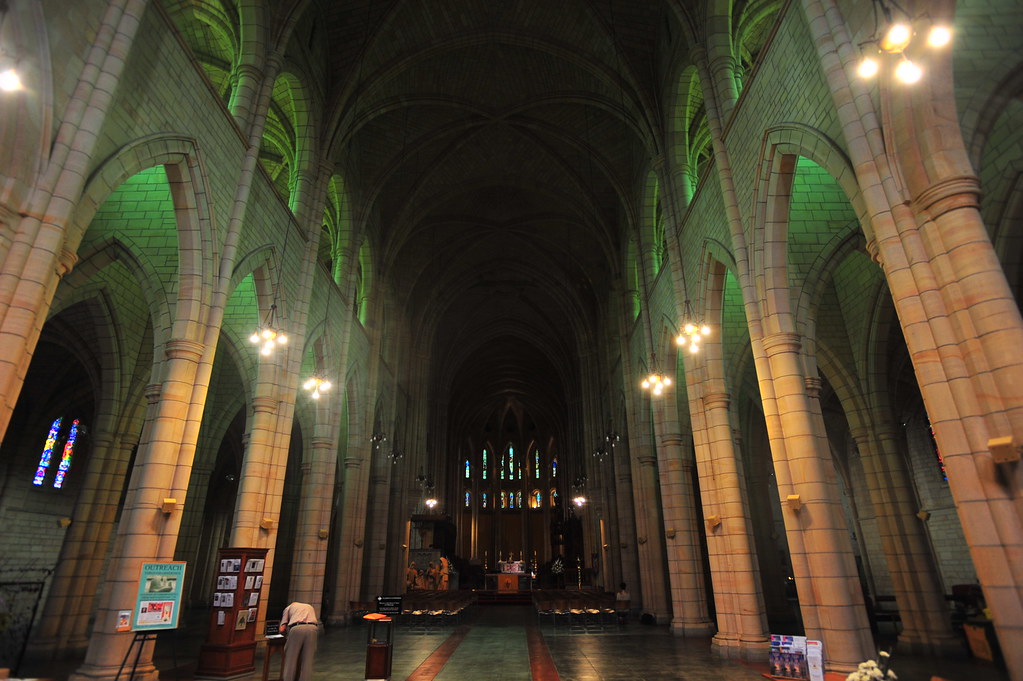 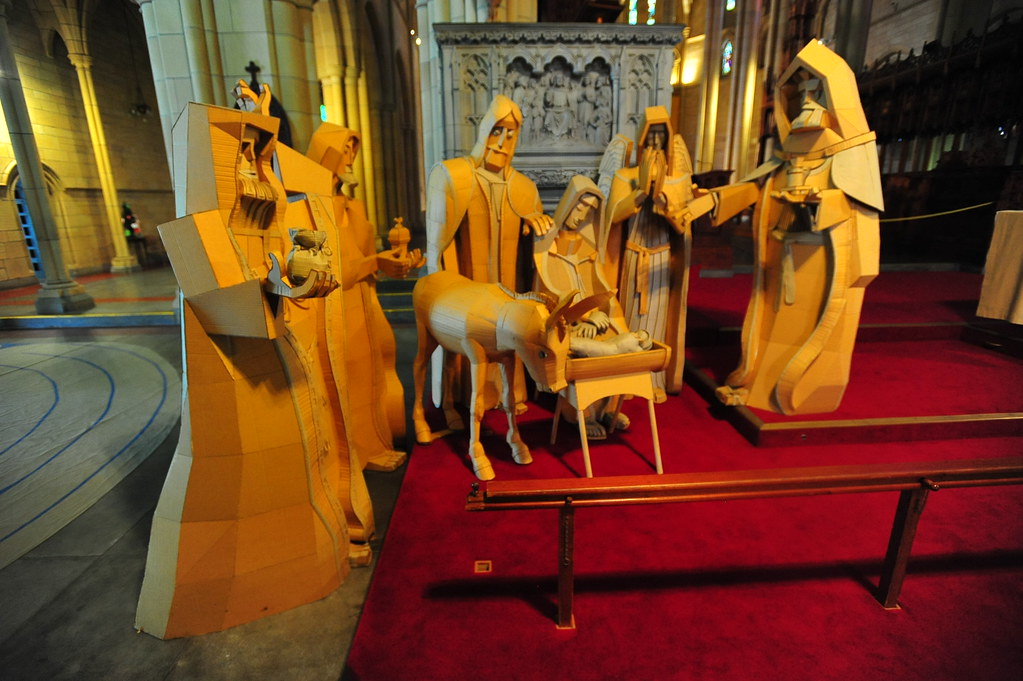 From here we walked south 2 blocks on Ann Street to reach Central Station: 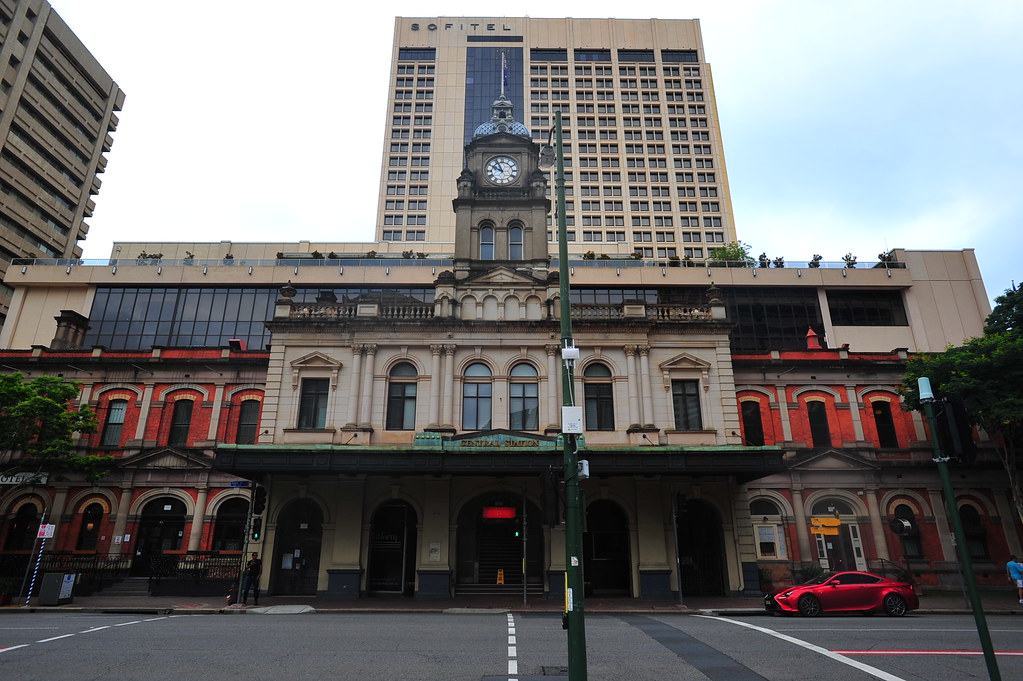 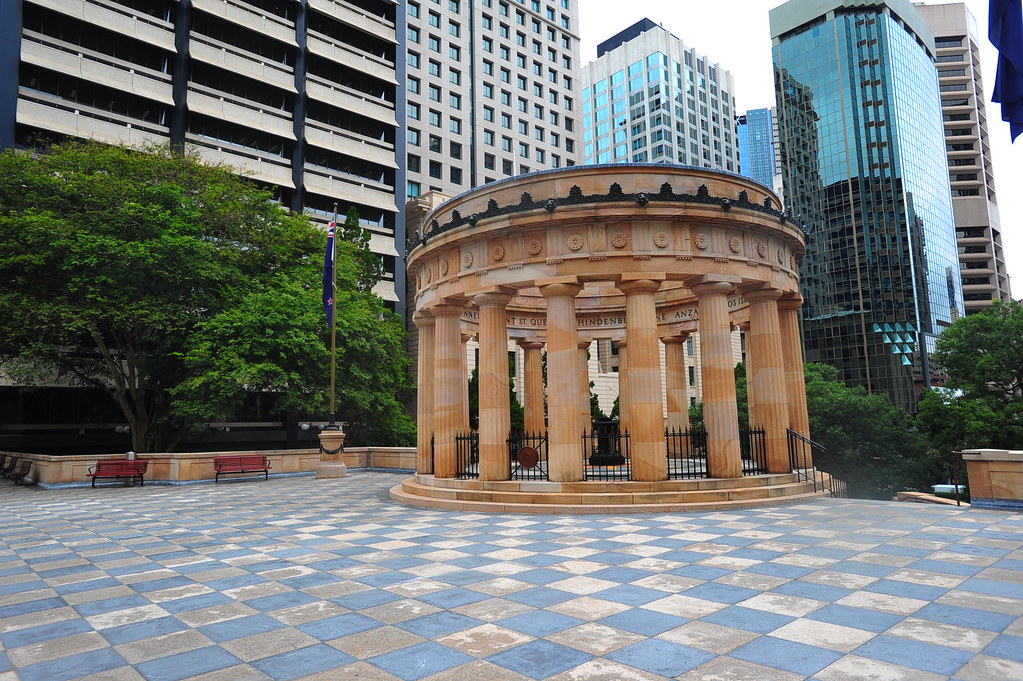 We then walked through the park towards the Post Office Square. 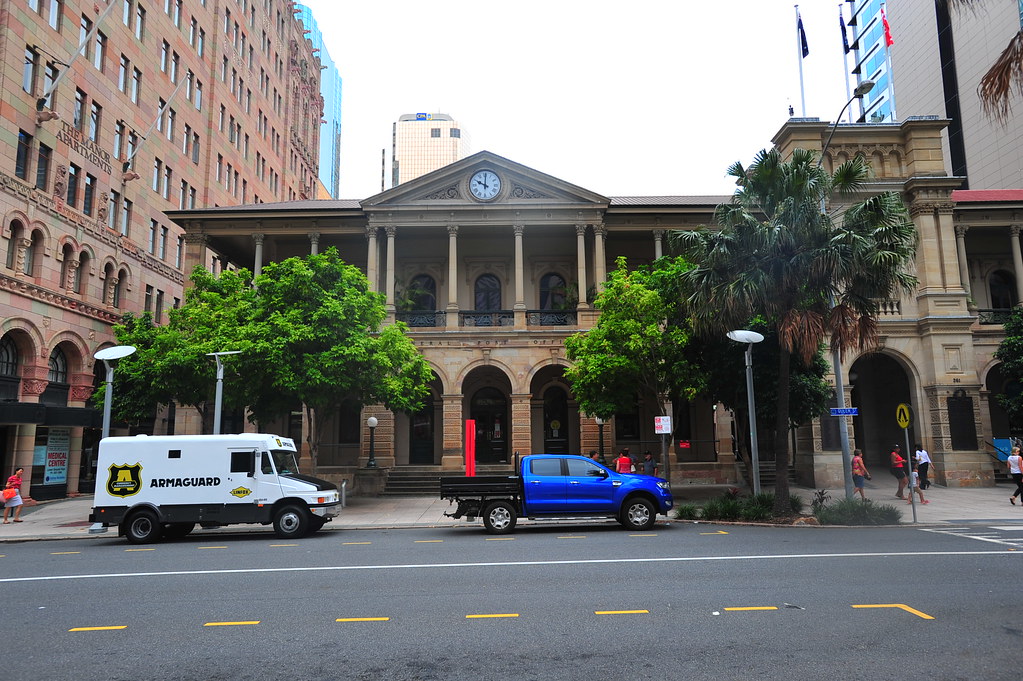 Past Queen Street and Elizabeth Street is Saint Stephens Cathedral, the seat of the Archbishop of Brisbane. 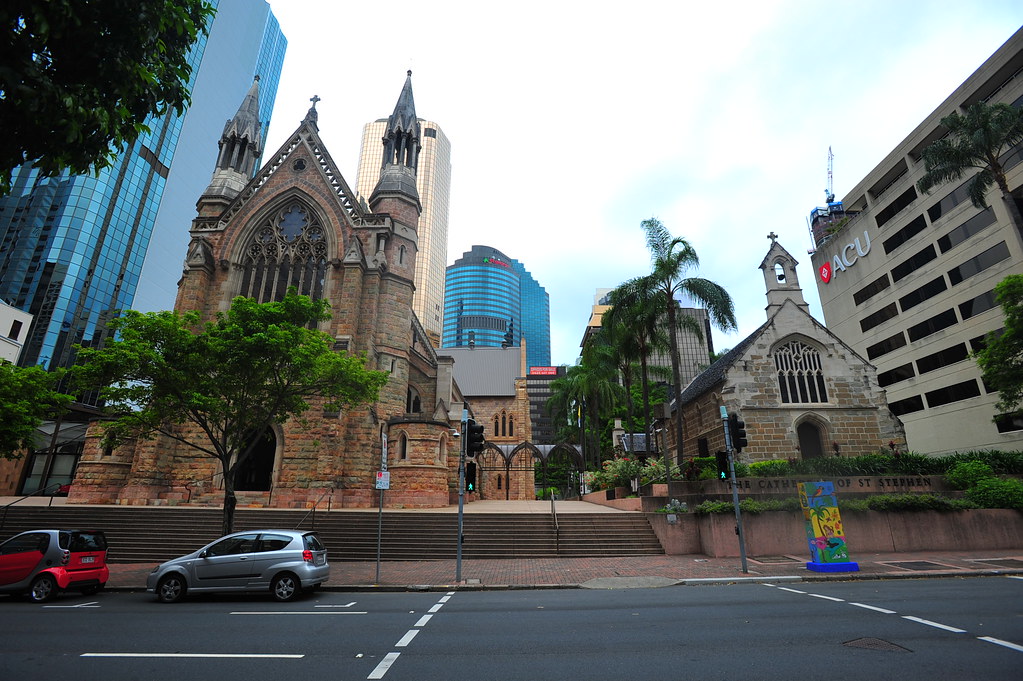 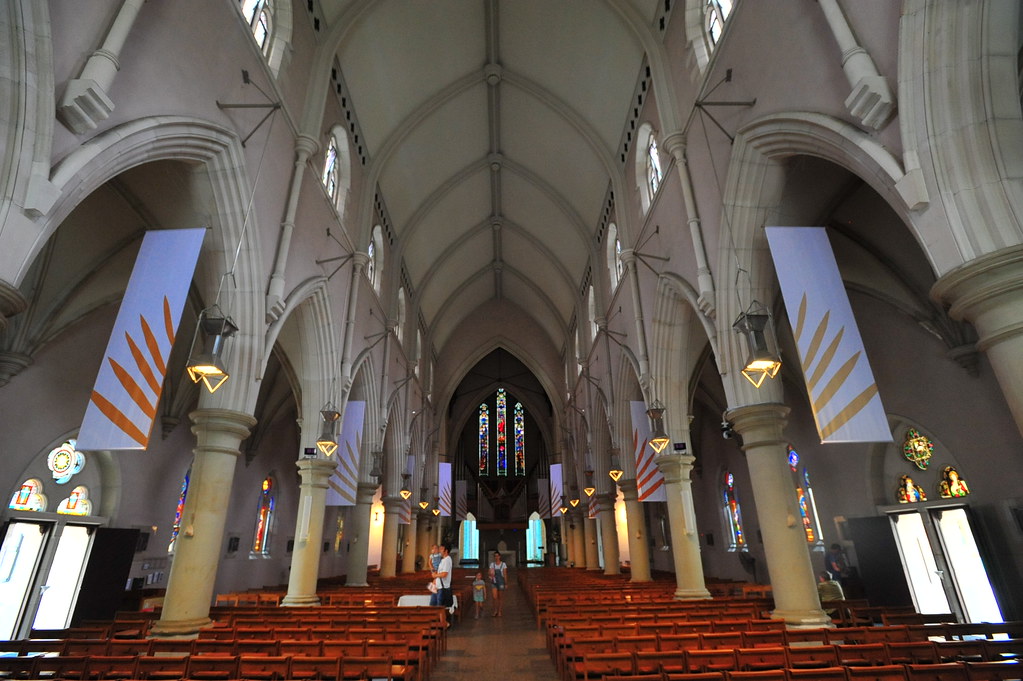 Old Saint Stephens Church is the structure adjacent to the cathedral, which is the oldest church in Queensland. 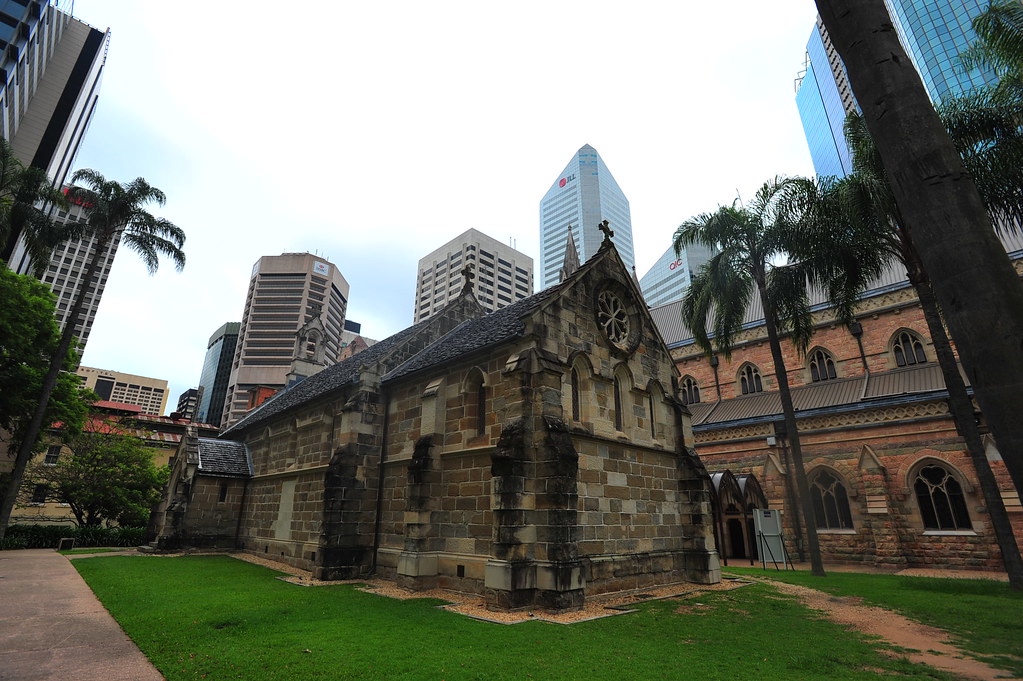 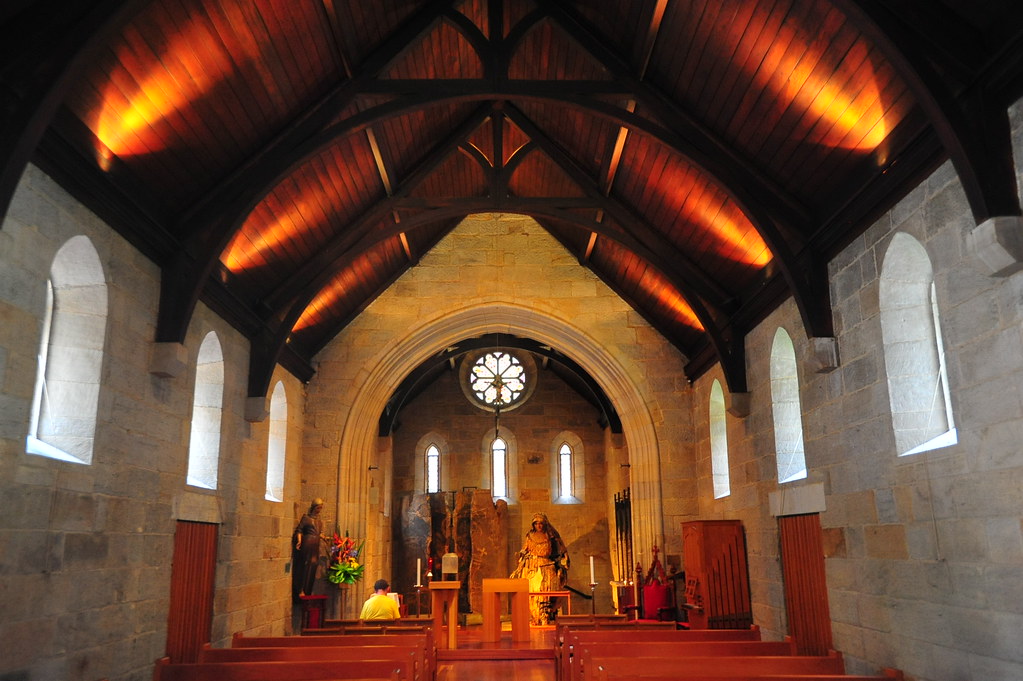 We then returned onto Queen Street where we ambled along the commercial heavy Brisbane Arcade. 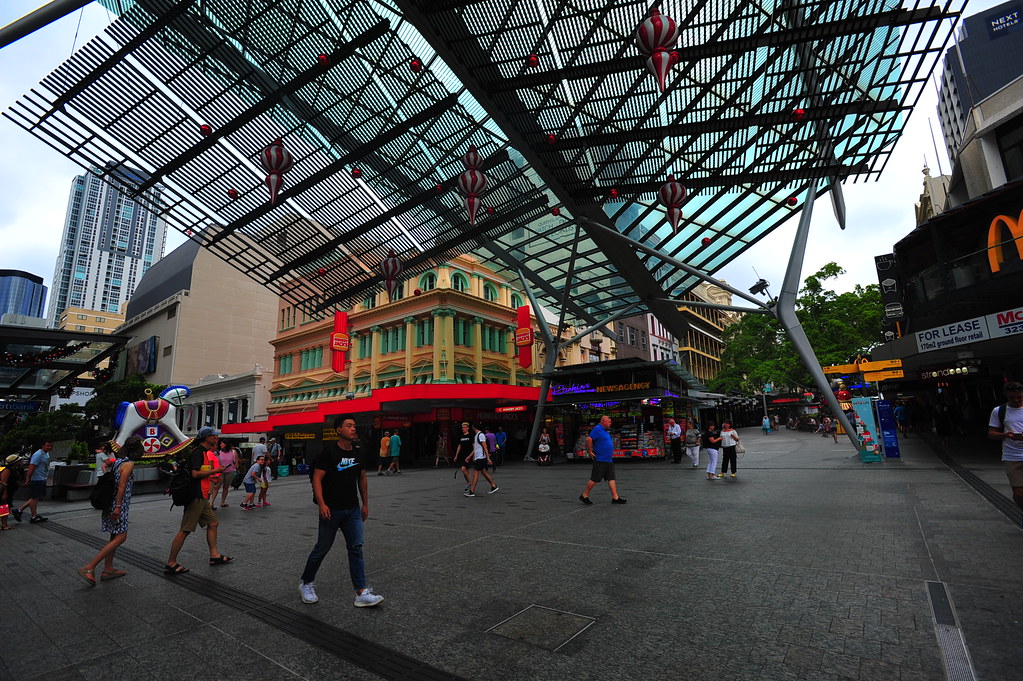 We then turned right on Albert Street for King George Square, the site of Brisbane City Hall: 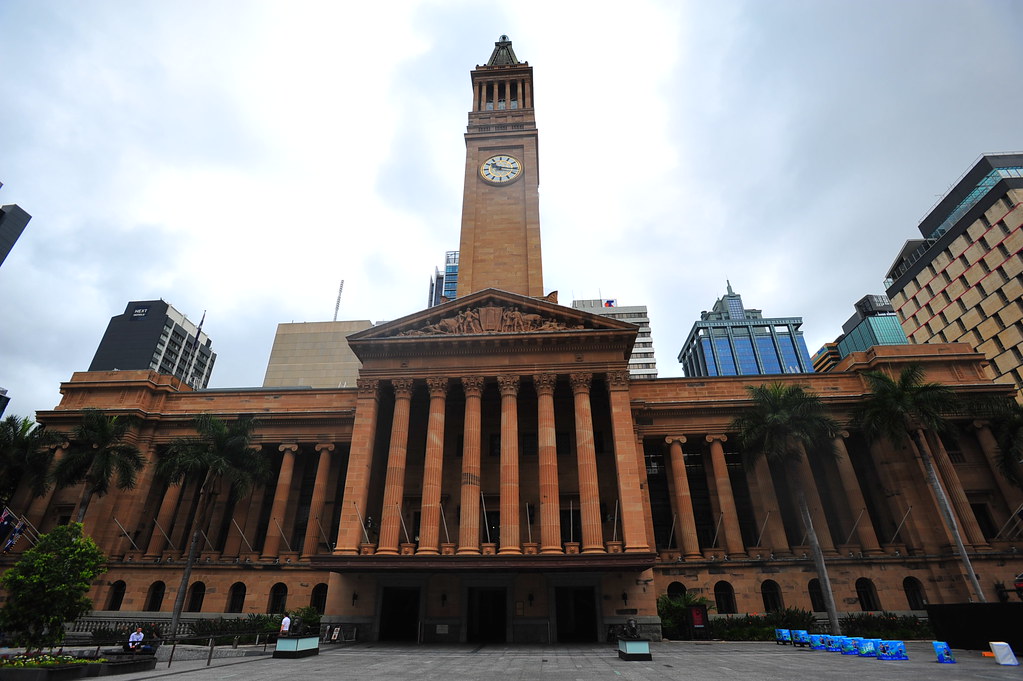 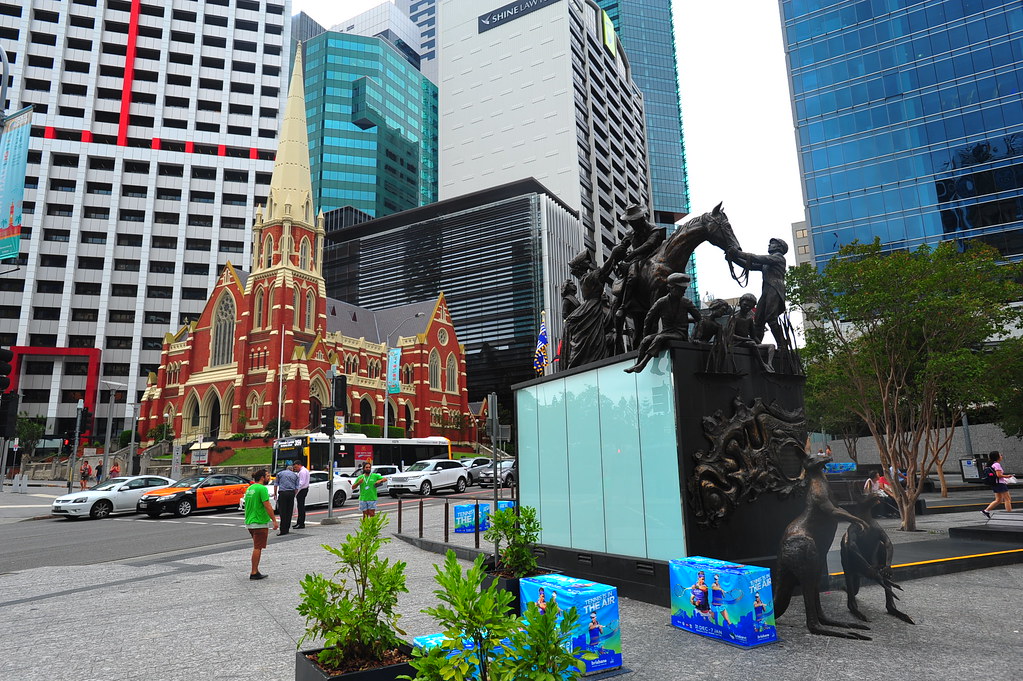 Getting hungry, we then stopped for an hour’s worth of brunch at outdoor Cafe Brisbane, after which we then walked across Victoria Bridge across Brisbane River to take a peek at the Wheel of Brisbane. 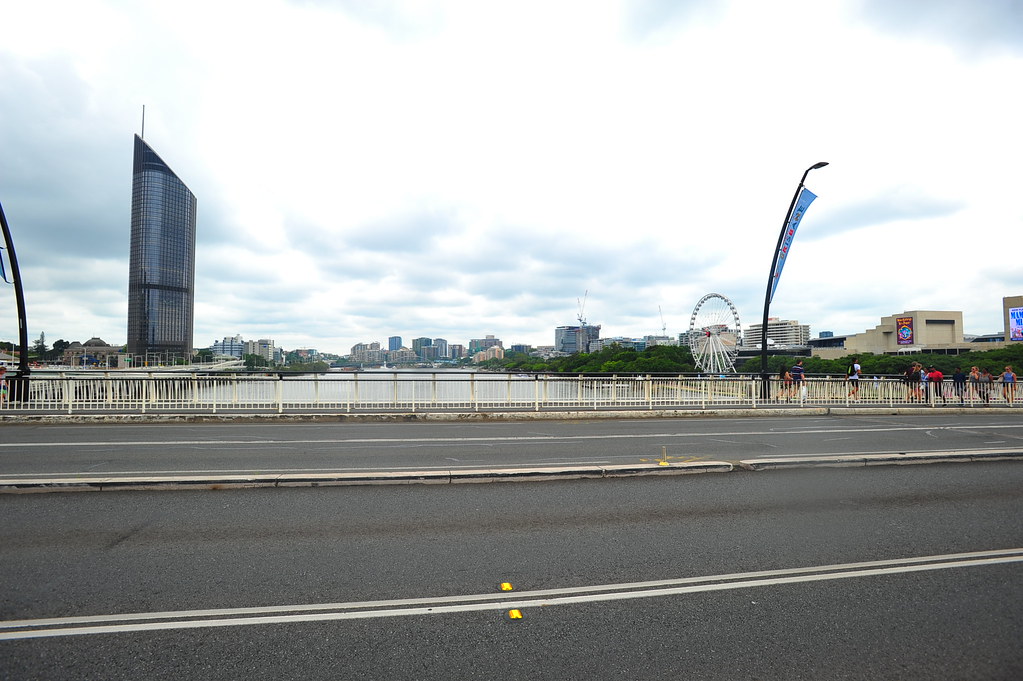 Other than the Koala Sanctuary outside the city, that’s pretty much it for a walking tour of Brisbane’s city center/CBD area! As Bryce and Sarah called it: “It’s like Buffalo, NY but with better weather.”

In total, including an hour doing brunch, Sarah and I spent about 2 hours here before deciding to take a 20 minute cab ride back to Brisbane Airport to rejoin the rest of the group who had already arrived on the later 10:35am flight from Sydney to Brisbane.