A New Year In Sydney

Unlike our marathon 14 hour wait for the fireworks last night at Mrs Macquarie’s Chair, today was a bit more productive.

Waking up at around 10am, some of us headed out into the city on our own while others first stopped by for brunch at The Fountain (nearby recommended Joseph Hyde was too packed). We all reunited at around 3pm at Bondi Beach, one of Australia’s most iconic beaches, in the eastern suburbs.

Here year-round you can surf on Bondi’s reliable waves, or swim laps at Bondi Iceberg’s 50 meter ocean pool for $7 AUD.

The main draw for us was to hike an hour along the scenic, cliffside Coastal Walk from Bondi Beach. The path begins behind Bondi Iceberg, leading all the way to Coogee Beach. 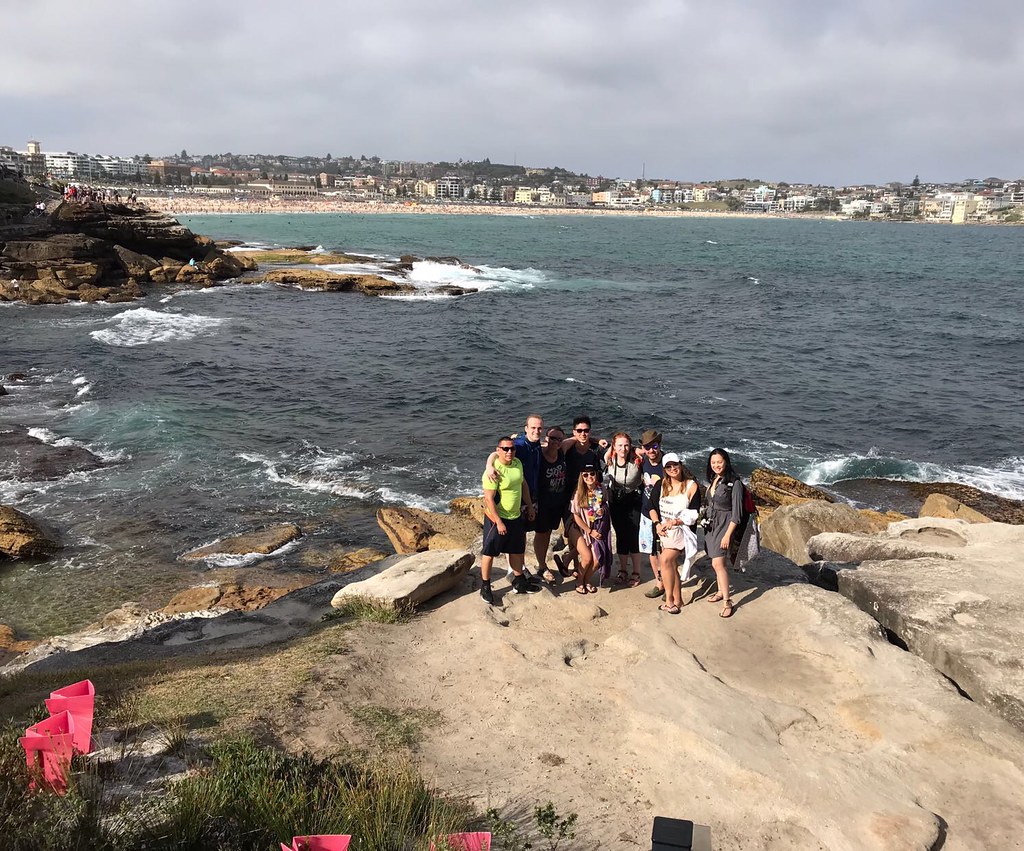 After 30 minutes along the cliffs, you’ll reach Tamarama Beach.

Curve past it and 10 minutes later you’ll reach Bronte Beach.

Afterwards, it’ll be Coogee Beach, where you can either head back to Bondi or return back to the city center. We chose the latter, beginning our tour of the city center at Anzac Memorial — a commemorative military monument — located in the south of Hyde Park.

We then walked north along the western side of the park towards Saint Mary’s Cathedral:

We then walked back east through the northern part of Hyde Park, facing the Sydney Tower Eye.

Don’t forget to turn around and appreciate Saint Mary’s size from here.

Leaving the park, we turned south along George Street, heading towards the Chinatown area of Hay Market.

We passed by the Town Hall on our right.

And eventually, we reached Darling Harbor, where we had dinner at Pump House, a hideaway outdoor beer hall and one of the few places open on New Year’s Day serving Australian food (everything else that was open in Sydney’s city center was in some way an Asian restaurant).

We were greeted by a gorgeous full moon after sundown.

Rounding out an otherwise relaxing first day of the year, we lingered along the majesty of Darling Harbor until it was time for bed.

Tomorrow morning the group splits into 2, with 5 folks heading on a 9:30am flight for Cairns and 7 others on a 10:30am flight to Brisbane, connecting on an eventual flight to Cairns. There we’ll be greeted by our own private little planes to take us on a flight overlooking the Great Barrier Reef!