After a wonderful evening recovering our weary legs at Polynesian Spa in Rotorua, we boarded our 12:35am bus from Rotorua to Wellington where we were treated to 180º flat beds the whole 7.5 hour bus ride. However, our happiness didn’t last as the bus’s too-good of an air-conditioning system kept some of us awake; although they do provide pillows, you still have to bring your own sheets!

We arrived into Wellington the next morning at around 8am on Bunny Street, in front of the McDonald’s facing the Train Station. The group freshened up and got back up to speed at that McDonald’s, aka our new symbol as an international refugee camp for backpackers. 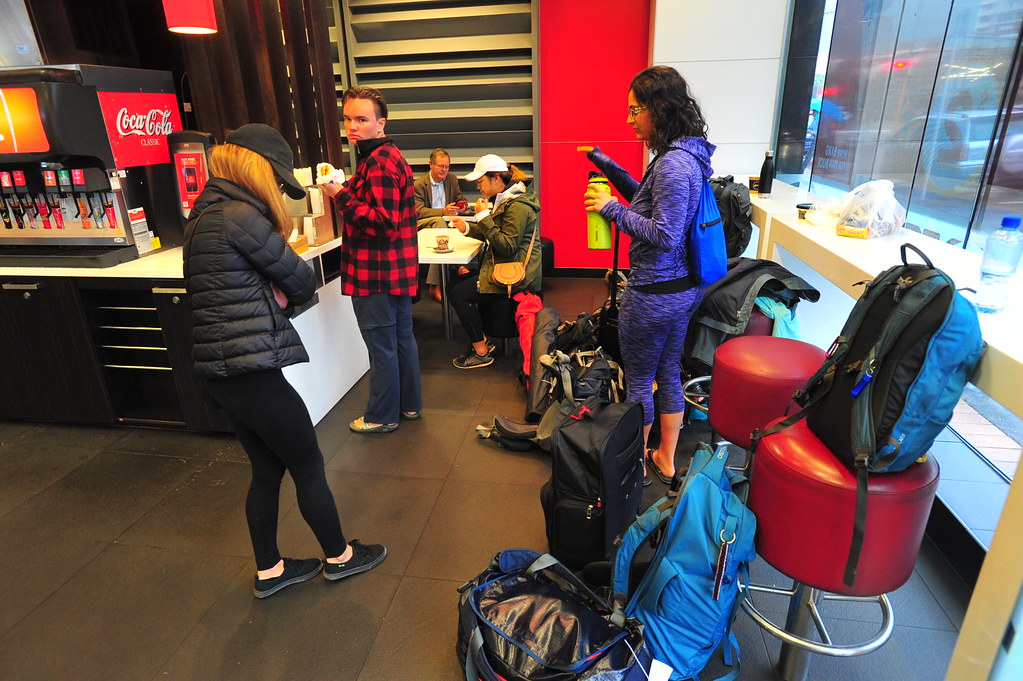 Needing a place more secure than McDonald’s to store our stuff, we attempted the Wellington Train Station across the street where we discovered that it oddly doesn’t have any left luggage facilities! Instead, we were directed to nearby lockers at Hotel Waterloo for $4 NZD/locker (at an 8 hour limit).

From there we began our obligatory walking tour of Wellington, making our first stop at the Victoria University’s Pipitea Campus, home of the Victoria Business School and the Faculty of Law.

It was once one of the largest wooden structures in the world (as rock and quarry was hard to come by here) and is still famous for its “hanging” wooden staircases. 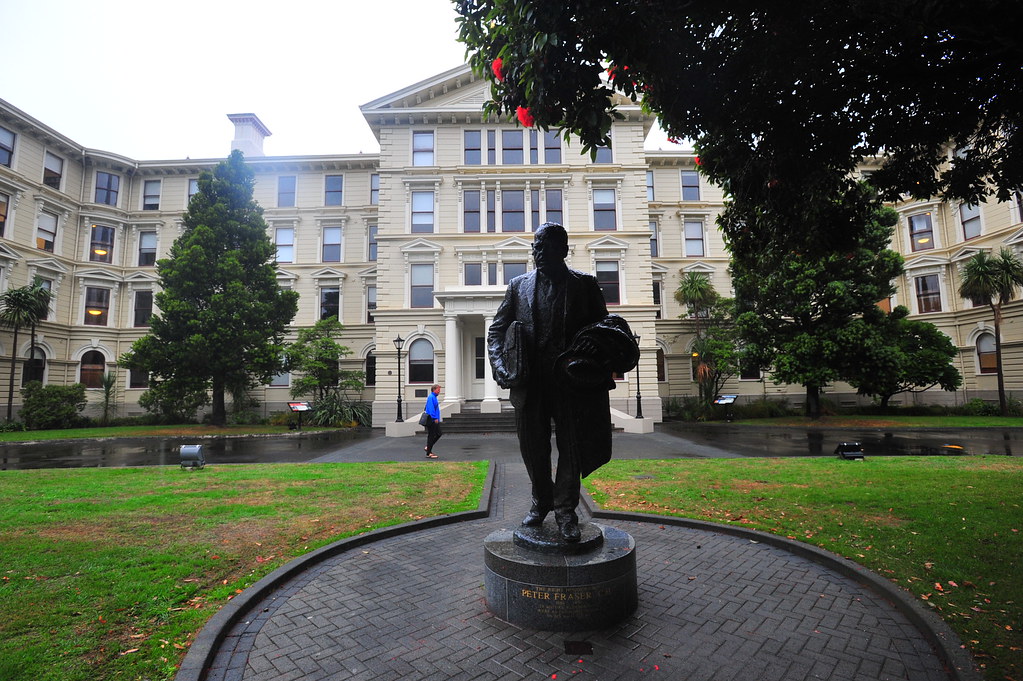 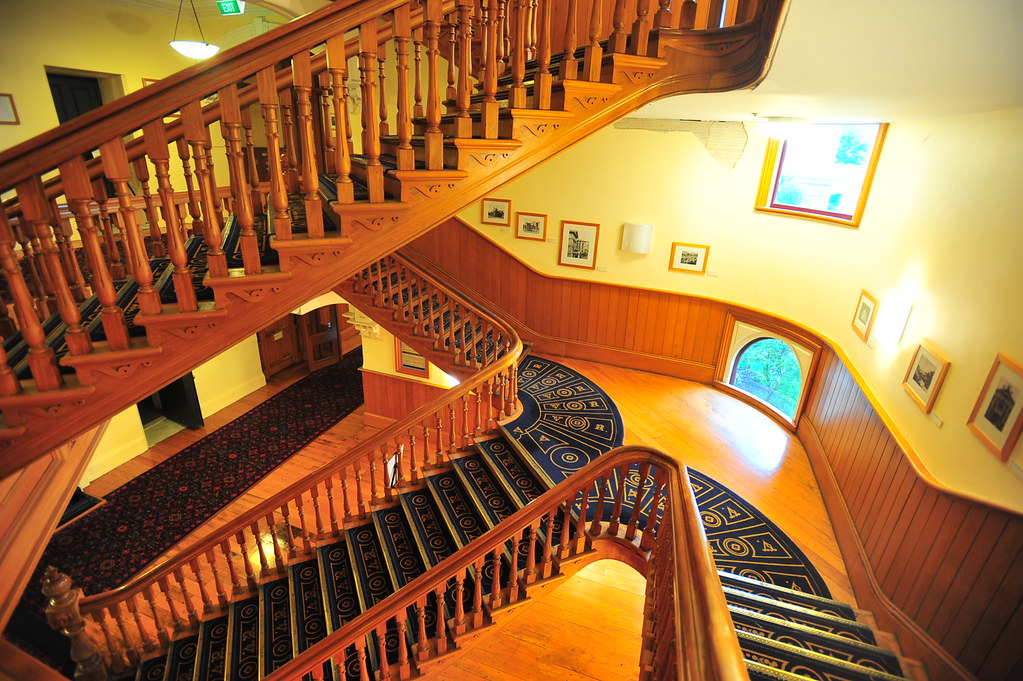 We got into our best prom poses: 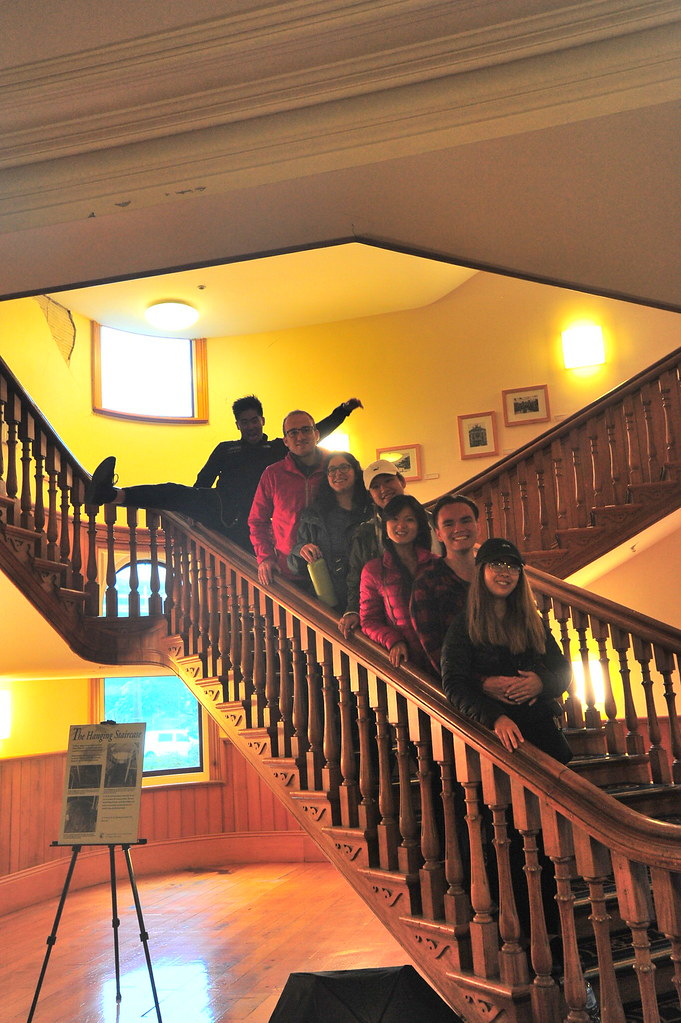 We then walked across the street where Wellington’s Cenotaph faces the campus. Military memorials are held here every April 25th for Anzac Day. 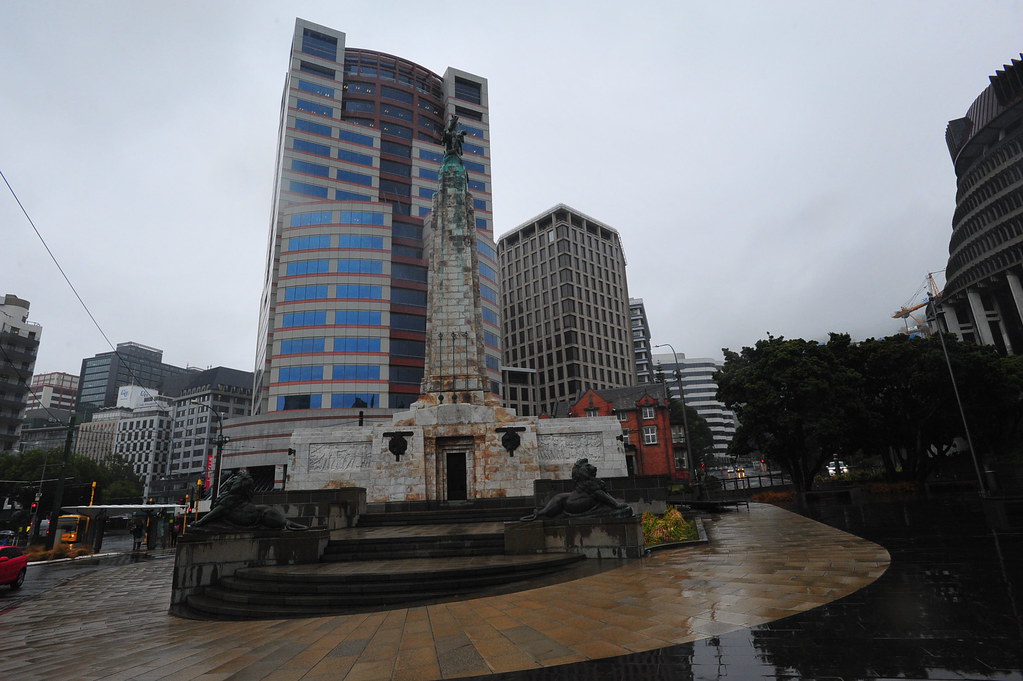 Opposite of the Centaph is the historic Turnbull House, once the residence of Alexander Turnbull and his collection of books, maps, and documents that later formed the beginnings of New Zealand’s national library collection. It sticks out prominently (and awkwardly) among surrounding high-rises. 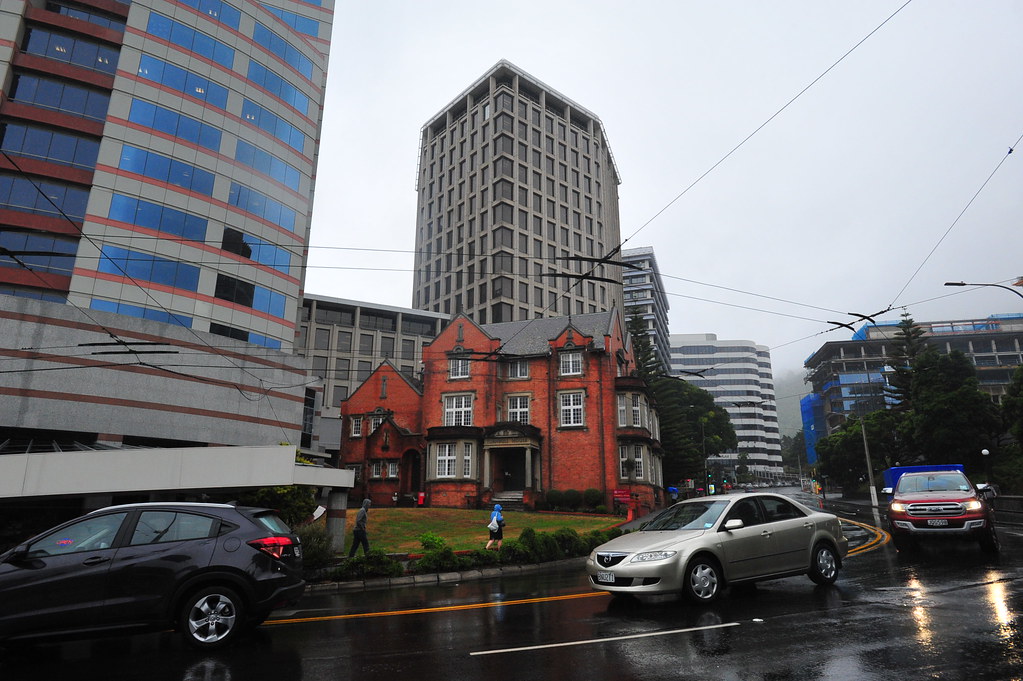 On the same street as the Cenotaph is the Beehive, the Executive Wing of New Zealand’s Parliamentary building complex that resembles …take a guess…a beehive. 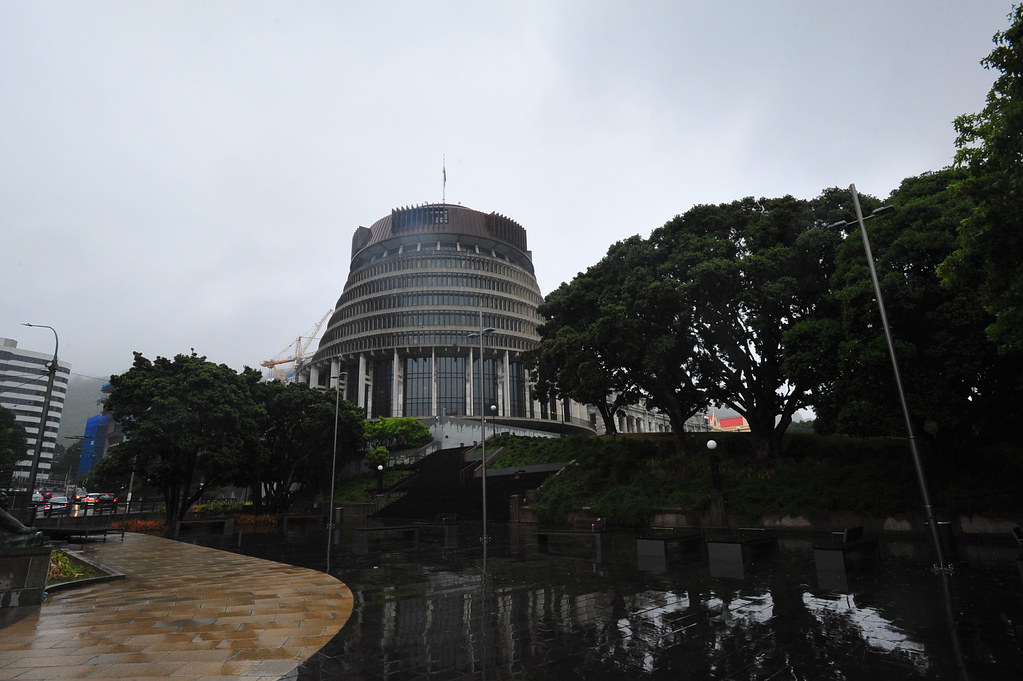 The New Zealand Parliament Building connects with the Beehive via a skybridge: 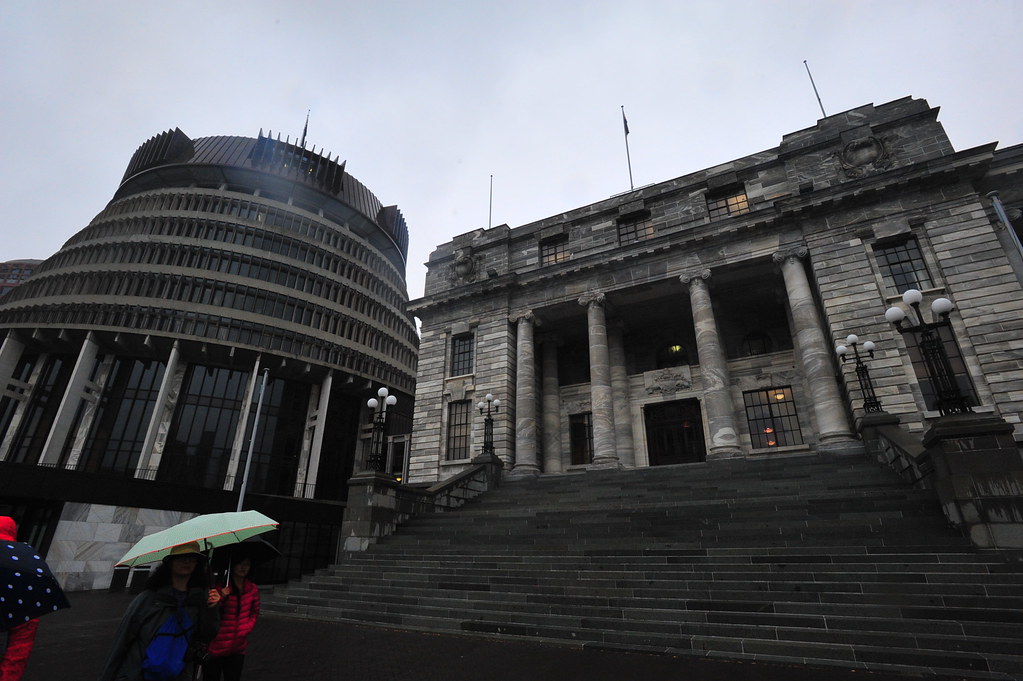 A few paces away is the Parliamentary Library: 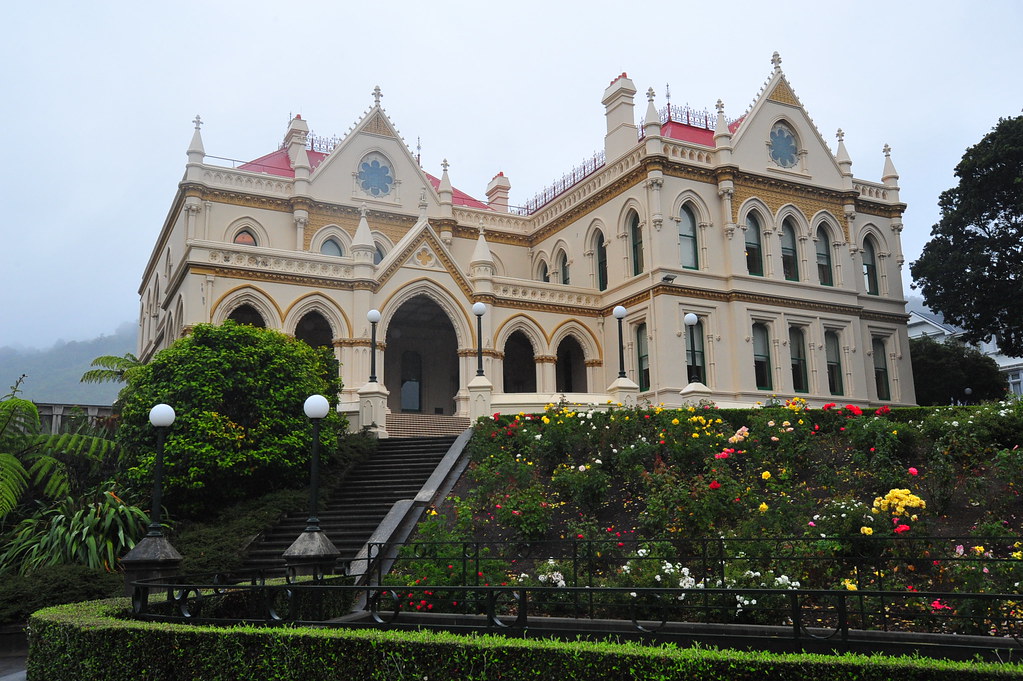 We then recharged for a few minutes at the National Library (located directly opposite of the Parliamentary Library) before taking a peek at Saint Paul’s Cathedral the next street over. 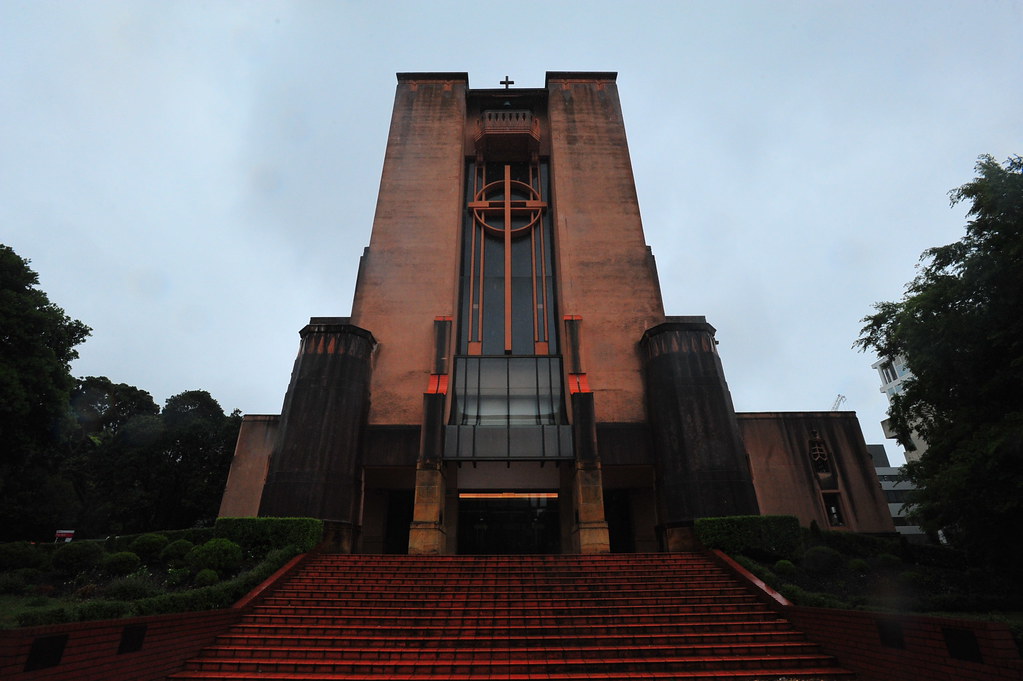 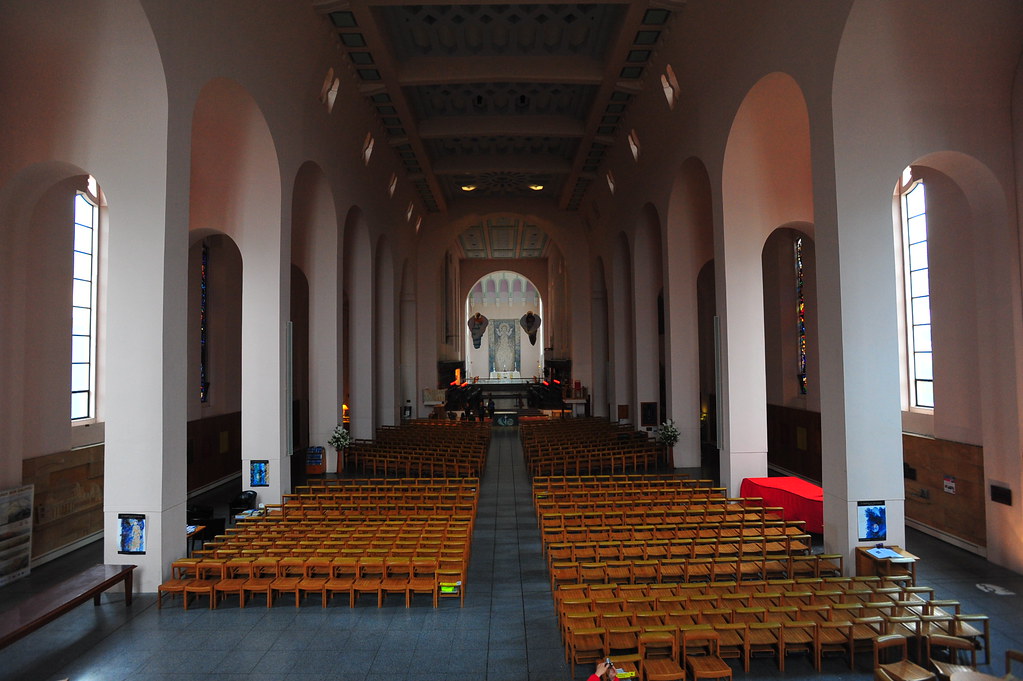 There’s a hidden chapel in the back behind the high altar: 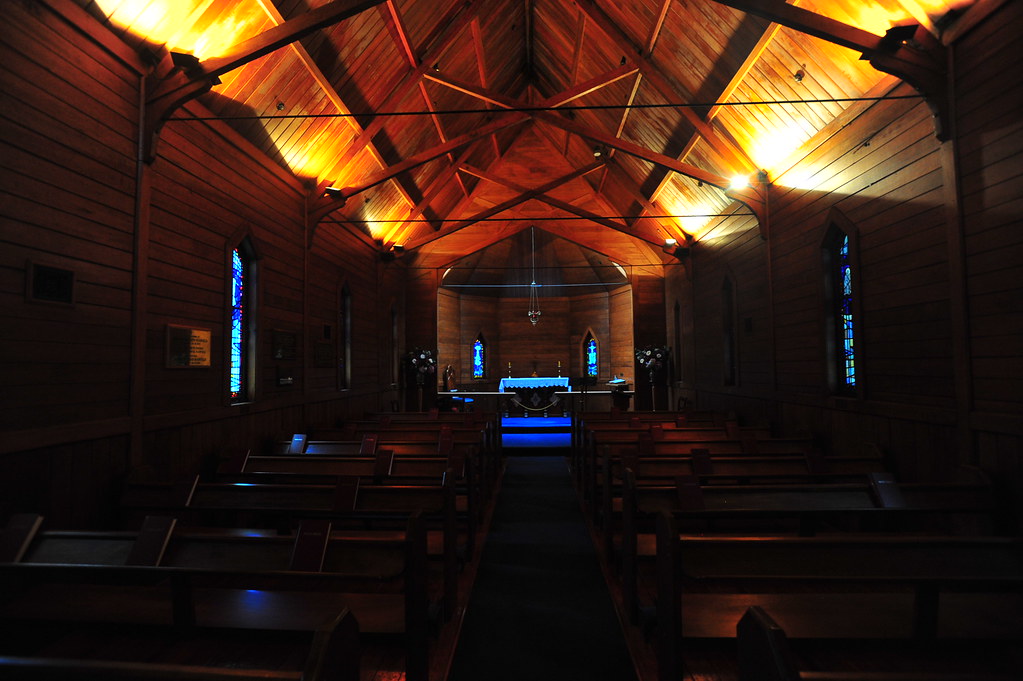 We then walked around the Pipitea Street to Mulgrave Street to visit the completely wooden Old Saint Paul’s Church: 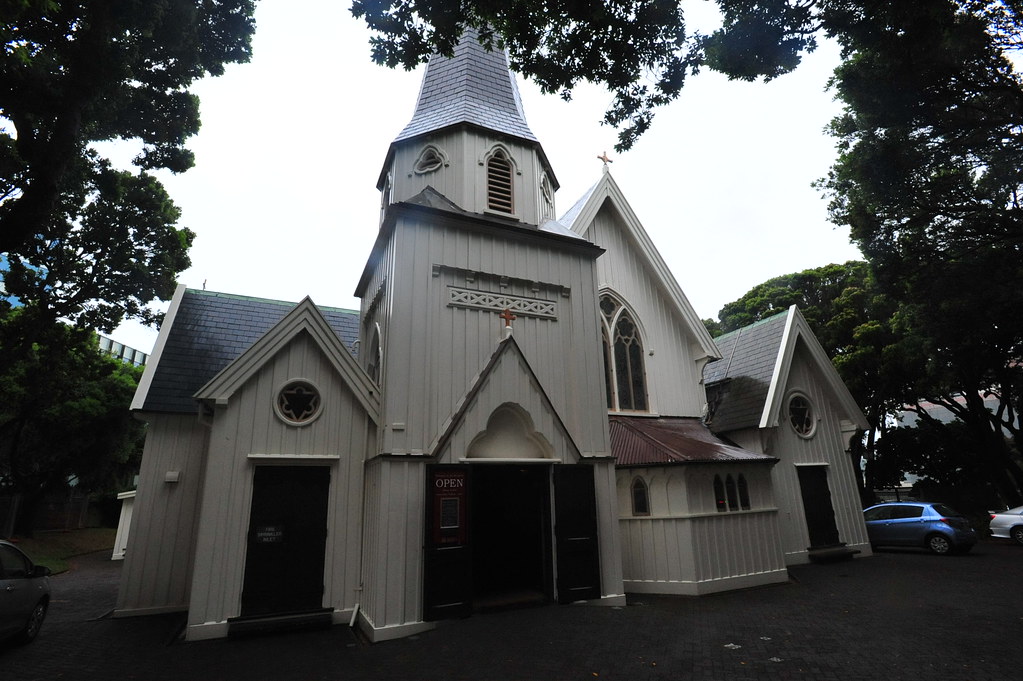 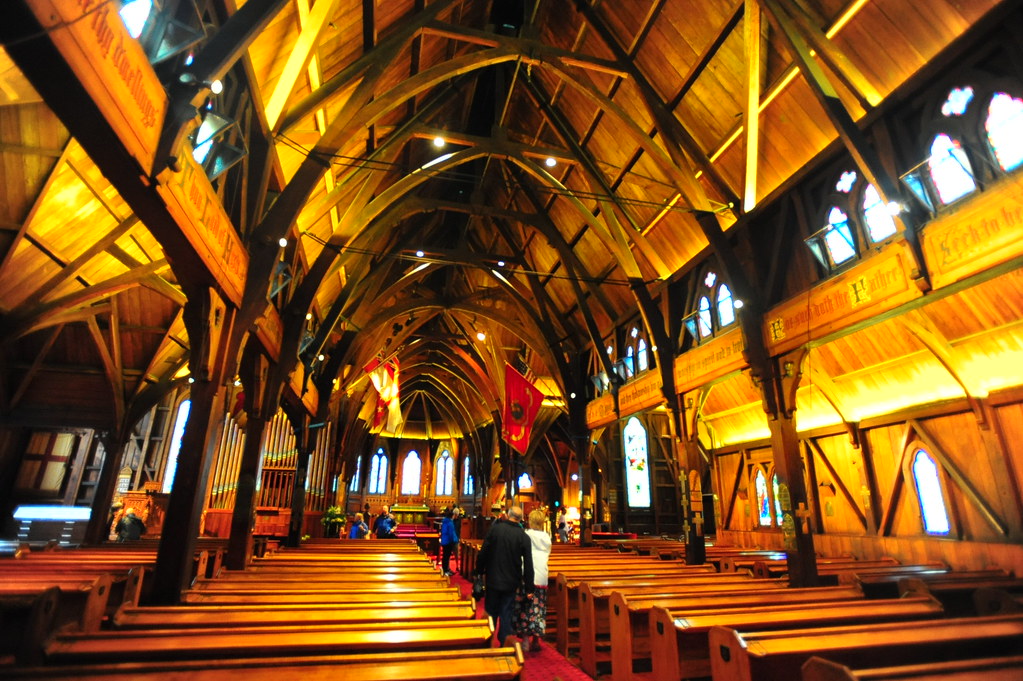 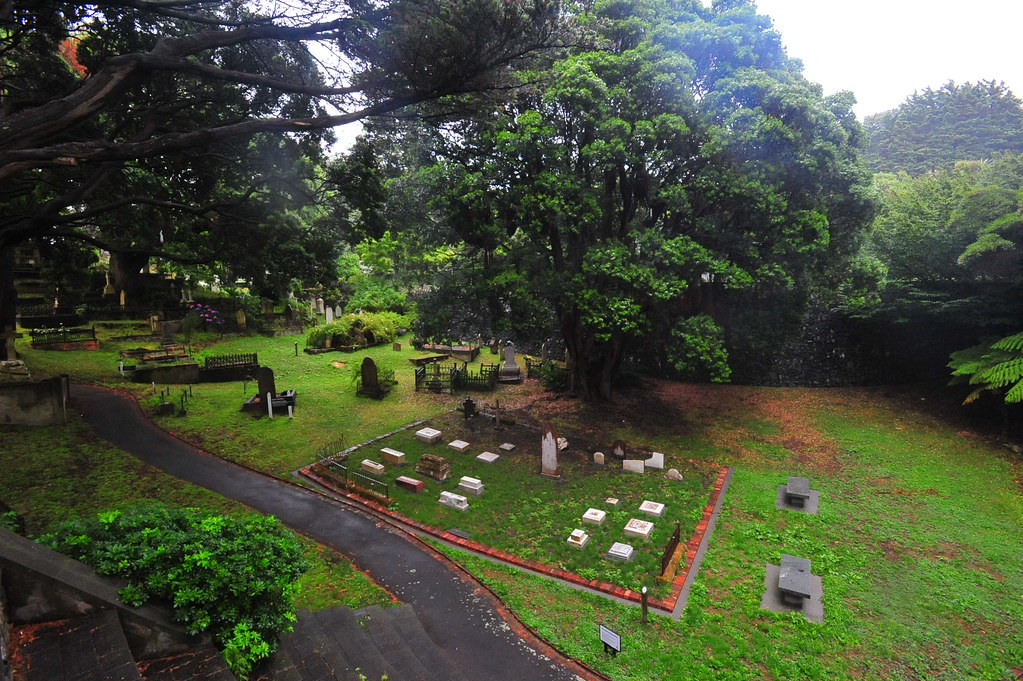 Looping back, we retrieved our bags from Hotel Waterloo and headed downtown to our lodgings at YHA Wellington to check in and drop off our bags. As they were still getting our beds ready, some of us hailed a 10 minute Uber up to Zealandia Eco-Sanctuary, a 225 acre wildlife preserve that seems like a whole another world away. 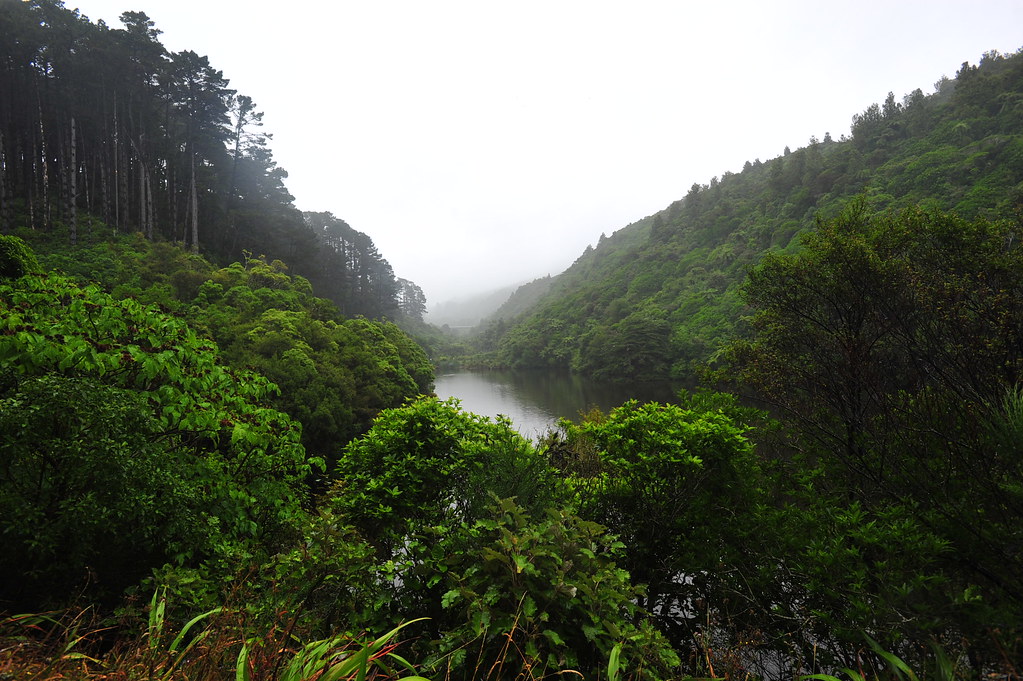 For around $20 NZD/person you can snag some great photos of native flora and fauna if you’re into that sort of thing. 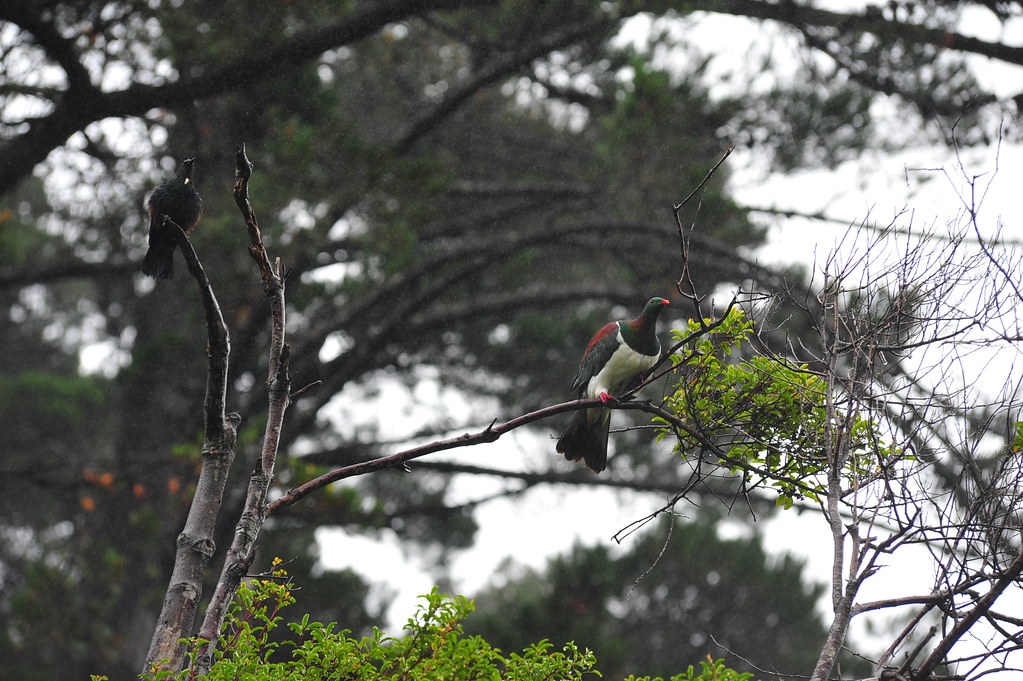 After a quick brunch here. . . 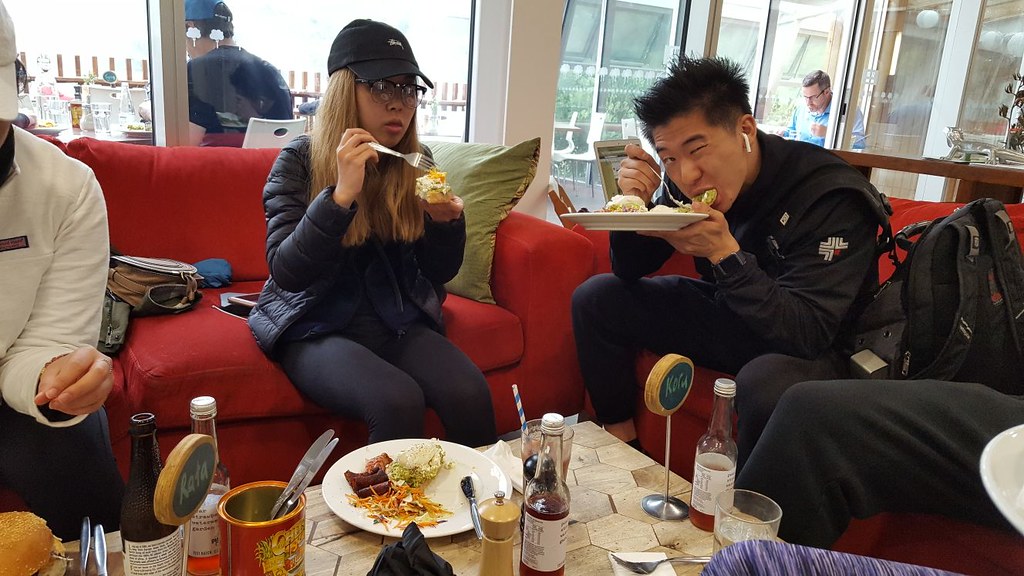 . . . and an hour’s hike around the eco-sanctuary, we hailed a cab back to the city center to check out the remains of The Inconstant (aka Plimmer’s Ark), located at the bottom floor of a shopping arcade that was formerly the first Bank of New Zealand.

A wooden full-rigged sailing ship built in 1848 at Cape Breton, Nova Scotia, it played an important role in the development of Wellington, New Zealand and which hull is preserved here today as an important archaeological site. 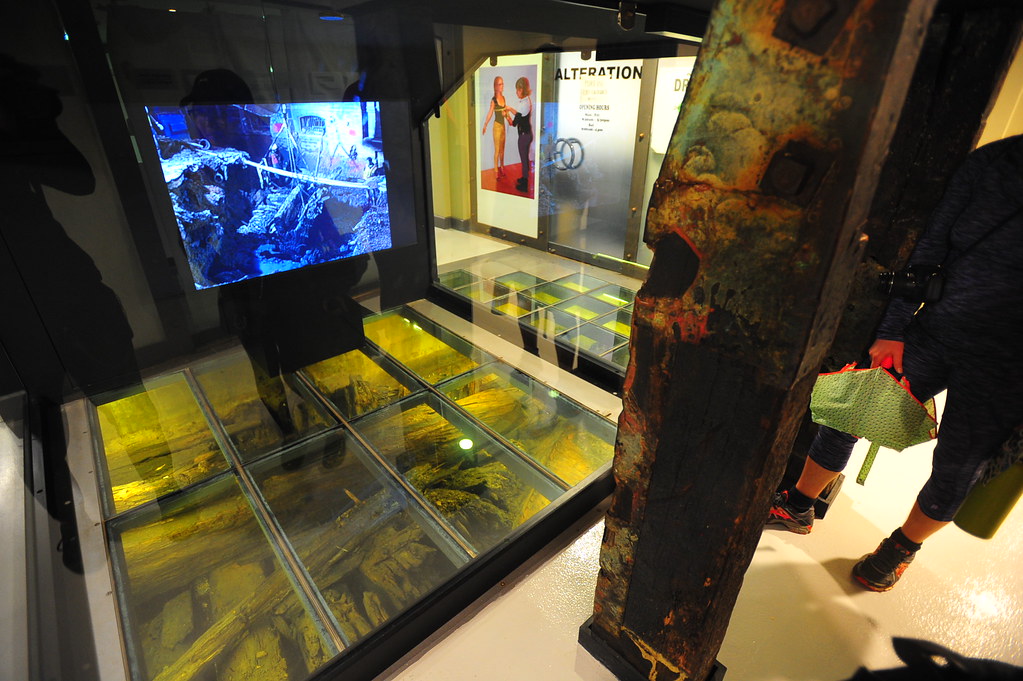 From the arcade we walked another 10 minutes downtown to arguably Wellington’s top free site, the Museum of New Zealand Te Papa Tongarewa. 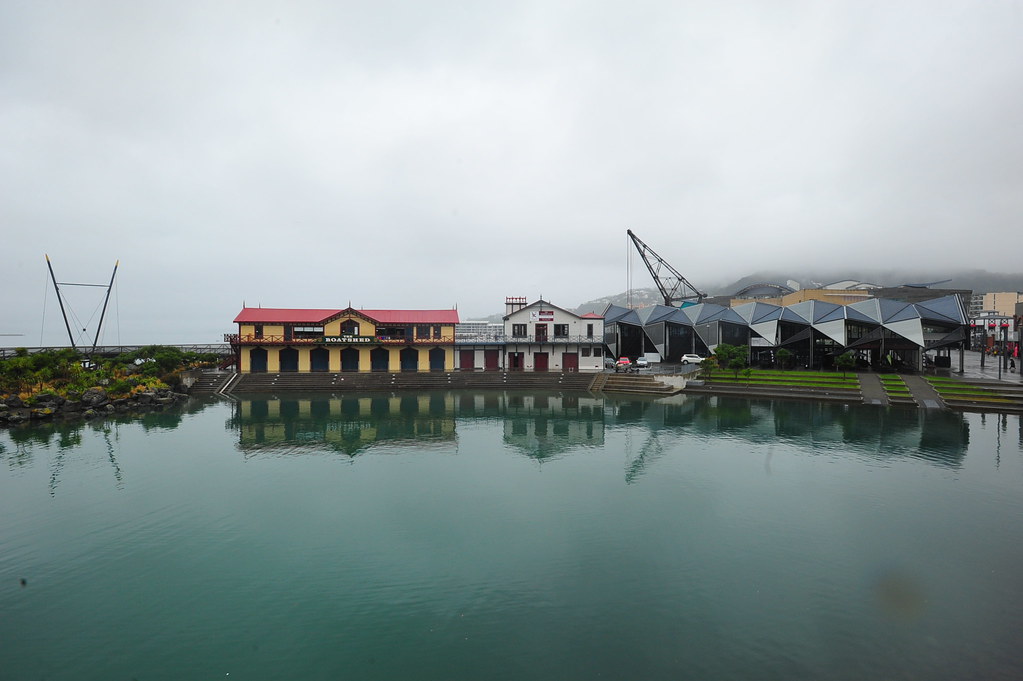 Yes: it’s really free to enter! And yet there’s so much amazing stuff here you wonder how this could all be funded without charging admission fees. 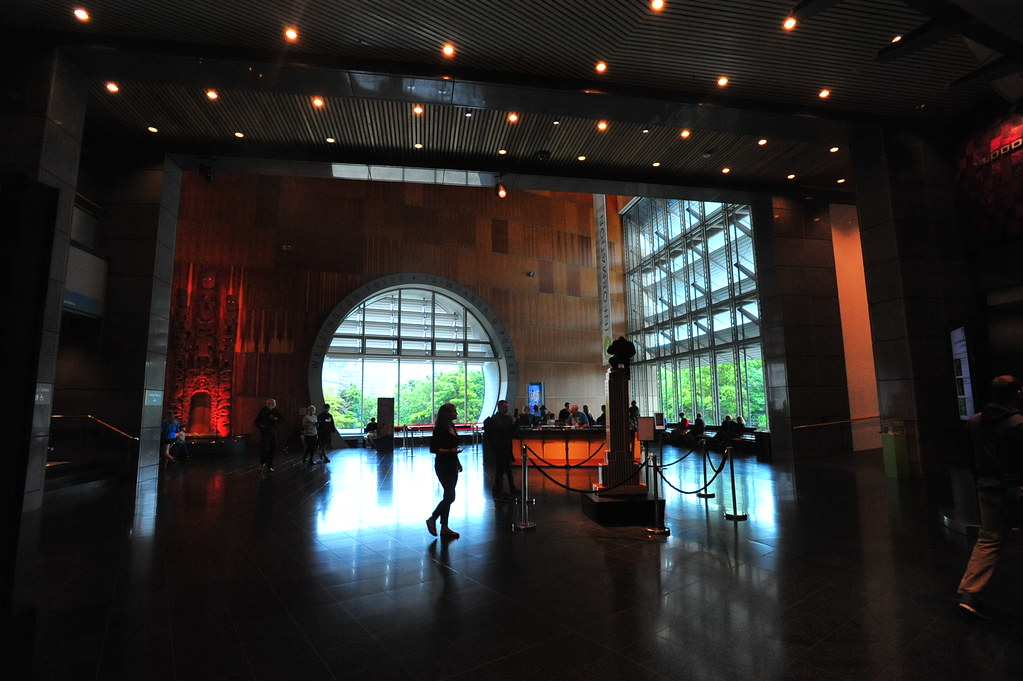 They’re mostly famous for housing the world’s only public display of The Colossal Squid, the most massive invertebrate on the planet: 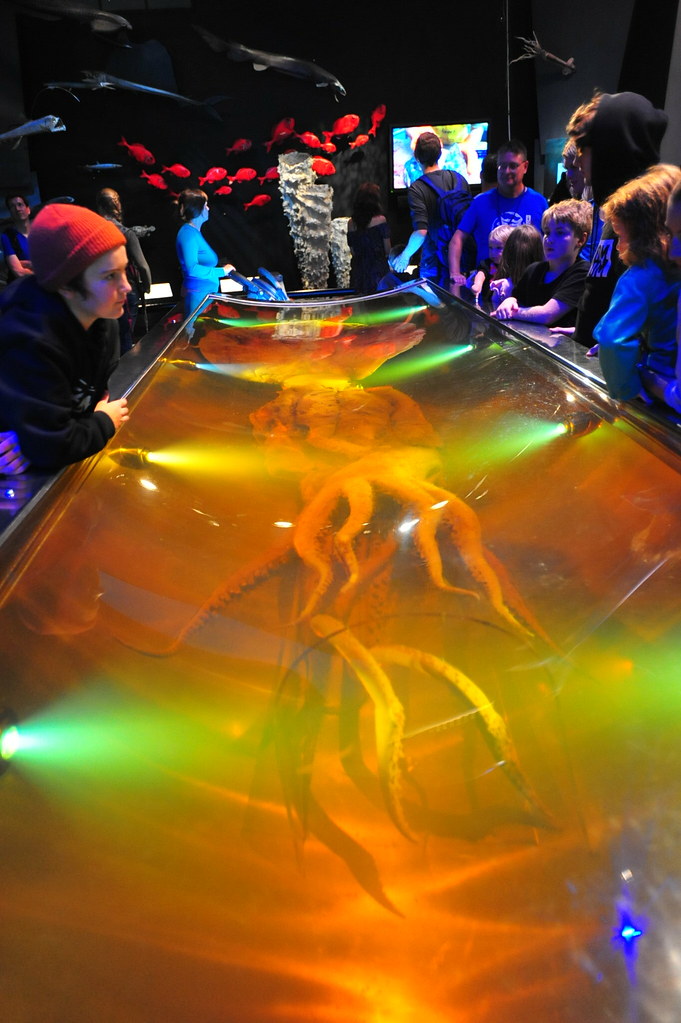 The museum also has a pretty decent roofdeck terrace (without a bar, sadly) on the 6th floor: 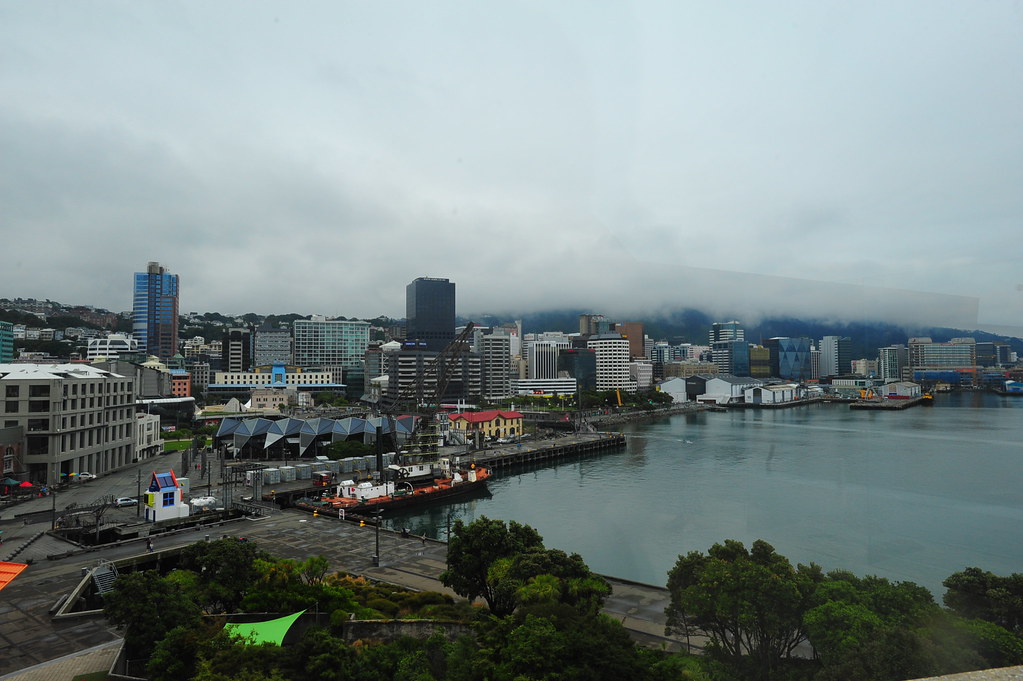 As the museum started to closed, we returned back to YHA and checked into our hostel, while Rachel was kind enough to brave the fog and see Wellington from Mount Victoria’s peak for herself. 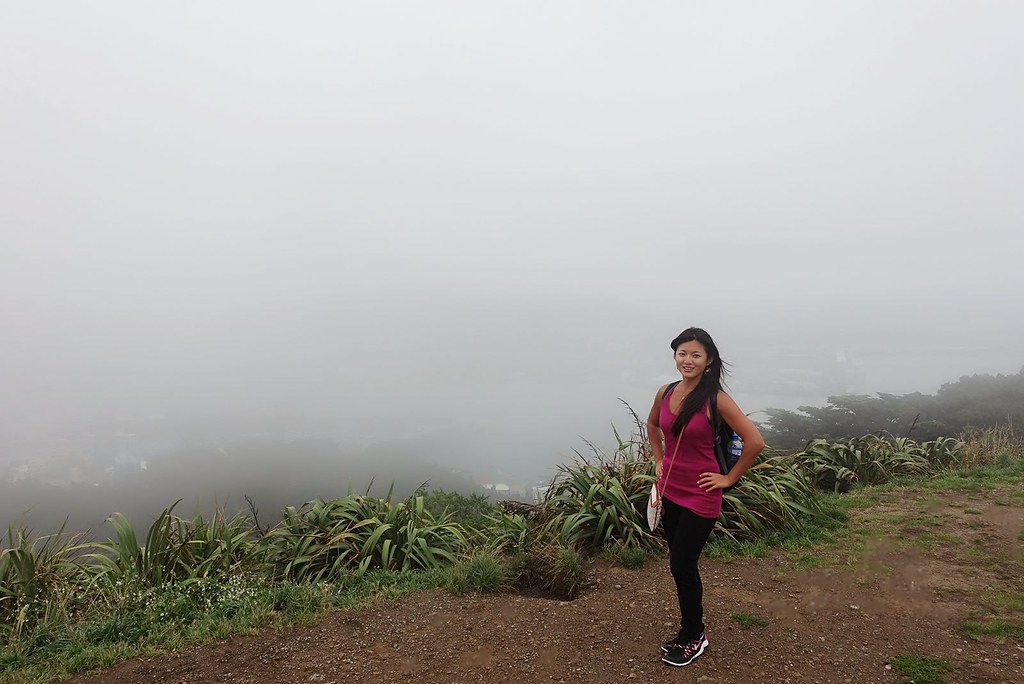 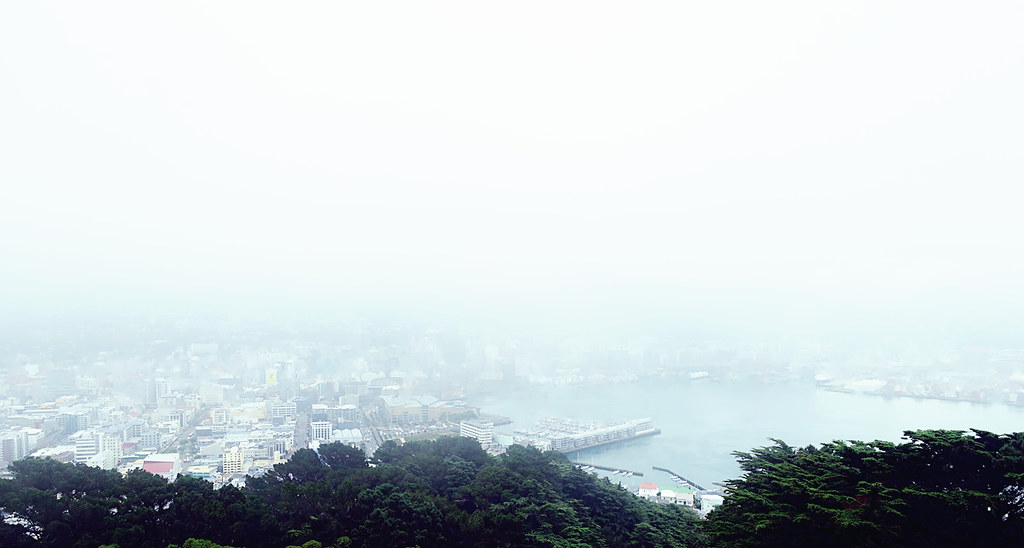 Meh, “it’s about the journey, not the destination.”

Tomorrow we board our morning 9am Interislander Ferry for New Zealand’s South Island!