« « Who Jumps Out Of A Perfectly Good Airplane?
You’re Going To Miss…The Down Under » »

Flying ANA Business Class From Sydney To NYC Via Tokyo 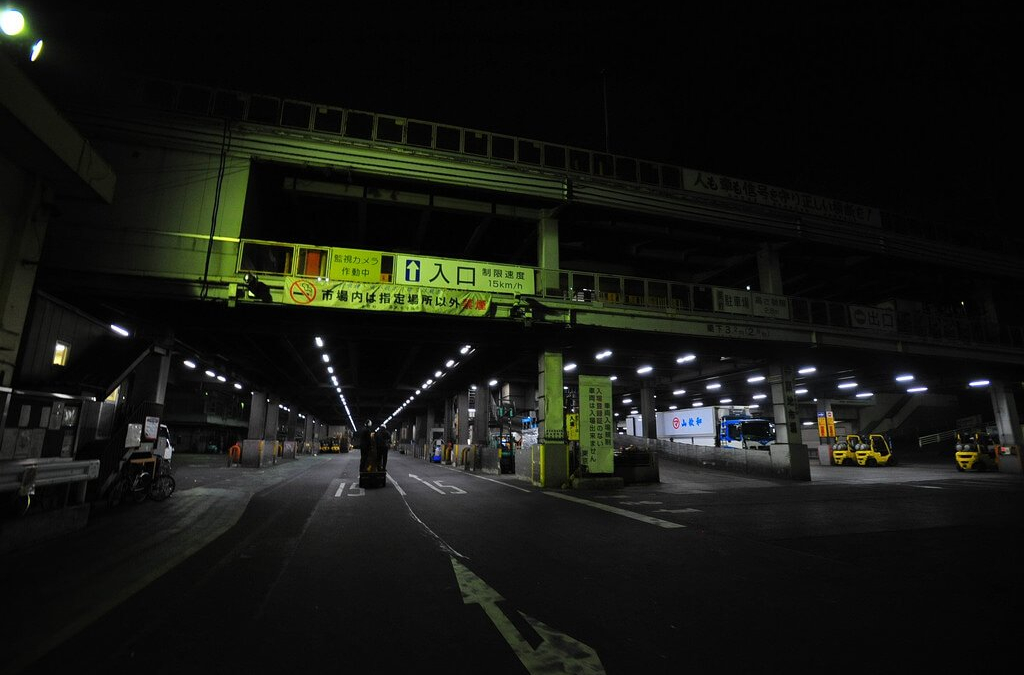 Time to end this trip with class, business class that is — since I’m due to work an overnight shift in the ER 4 hours after I’m scheduled to land in JFK, I might as well be as rested as possible.

Transferring 90,000 Chase Ultimate Rewards points I acquired through spending with my Chase Reserve Card (with 3x the points for every $1 spent on travel and dining) to become 90,000 United Miles, I was able to snag a Sydney to Tokyo to JFK on Business Class via ANA Airlines, one of the handful of Skytrax’s elite 5 Star Airlines.

My journey home begins with access to the Air New Zealand lounge at Sydney Airport: 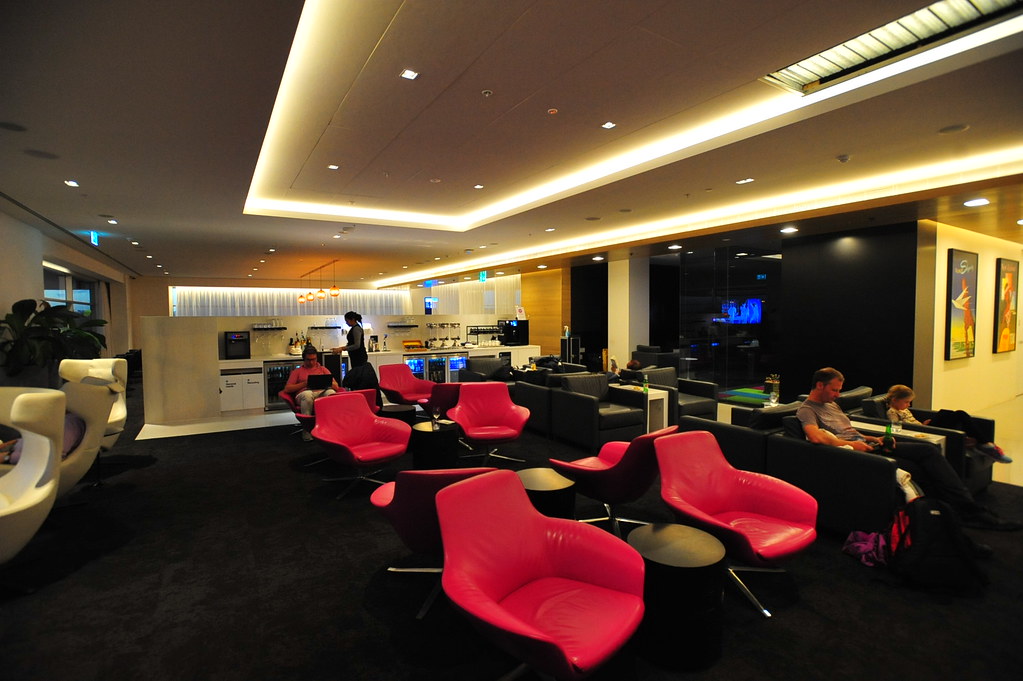 Promptly boarding my flight at 9:30pm, ANA’s business class arrangement from SYD to HND is in a 1-2-1 configuration, which is unique for providing  you with an ample flat space on your side to place personal belongings on. 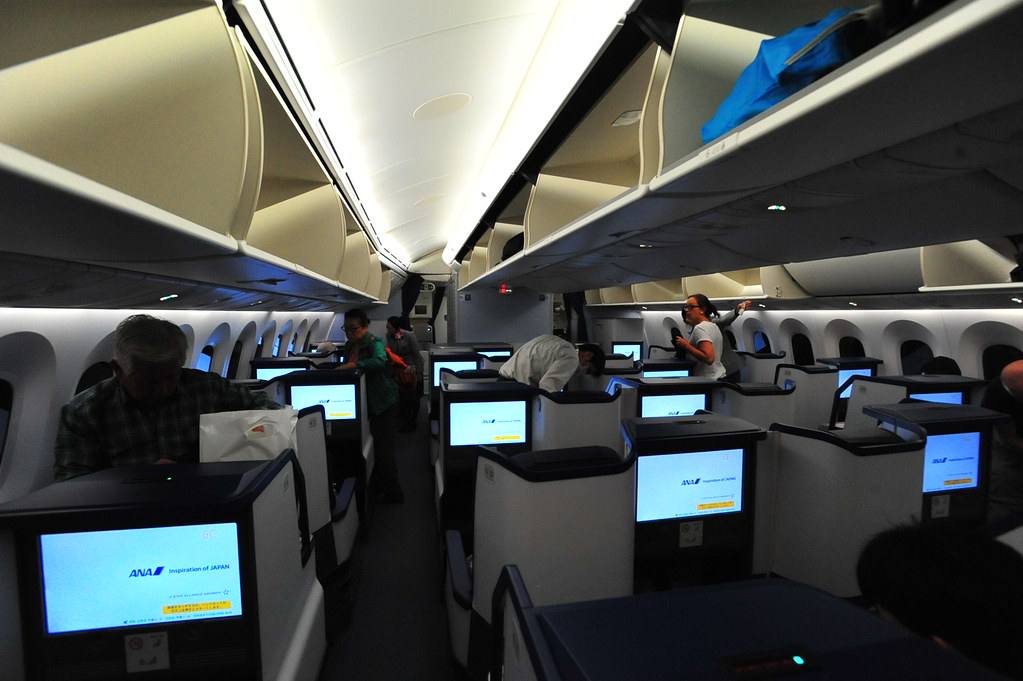 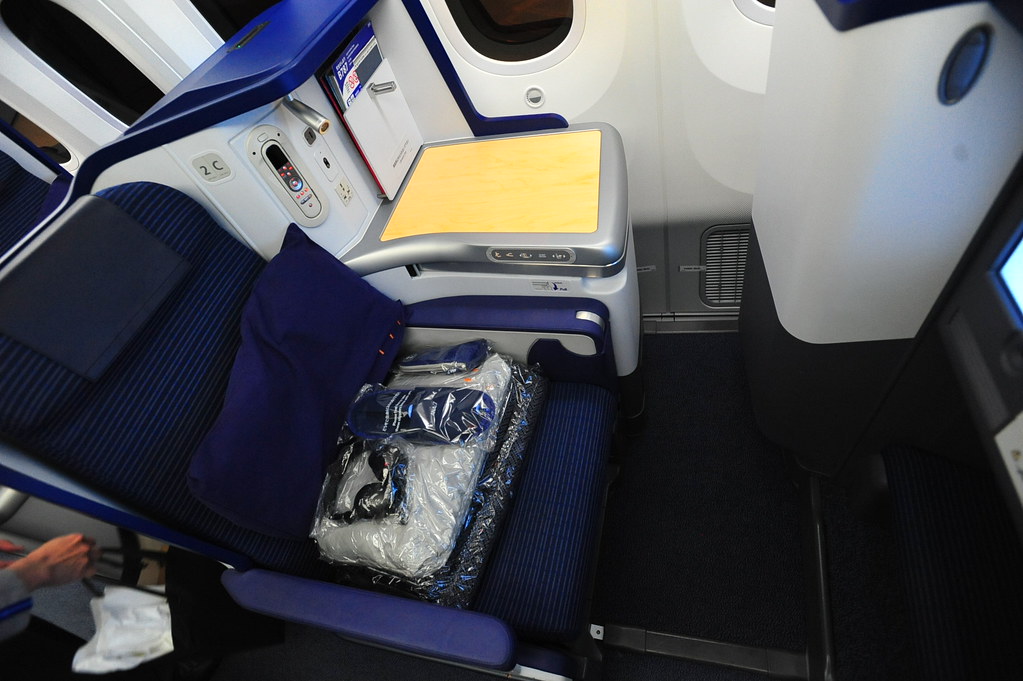 Your basic amenities kit is already waiting for you in your seat: 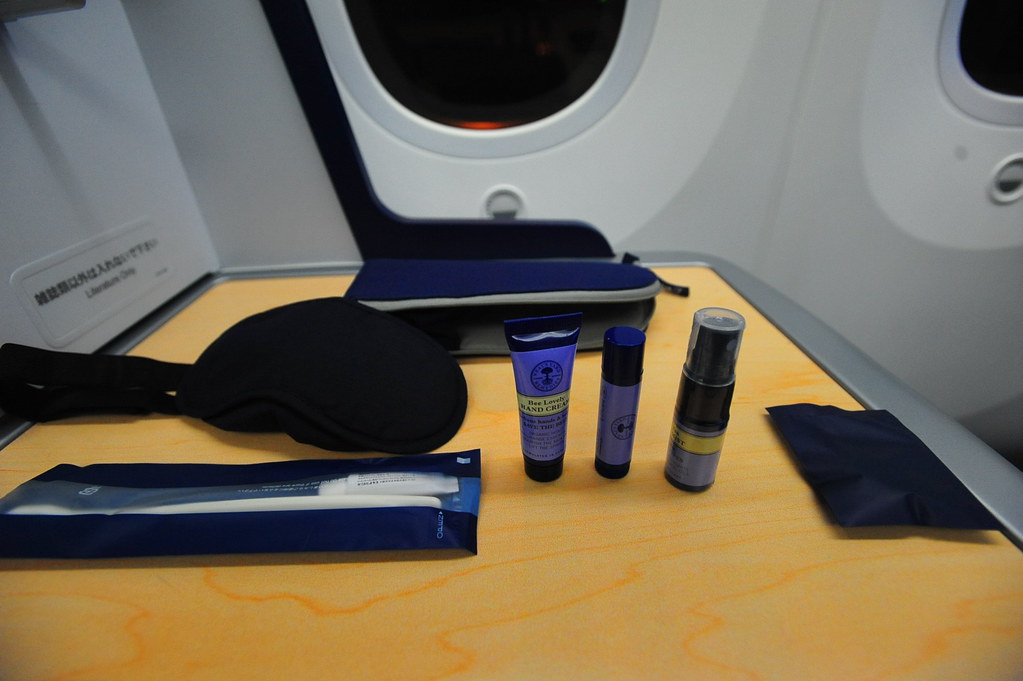 Your food options is a choice between a Japanese cuisine or an international one: 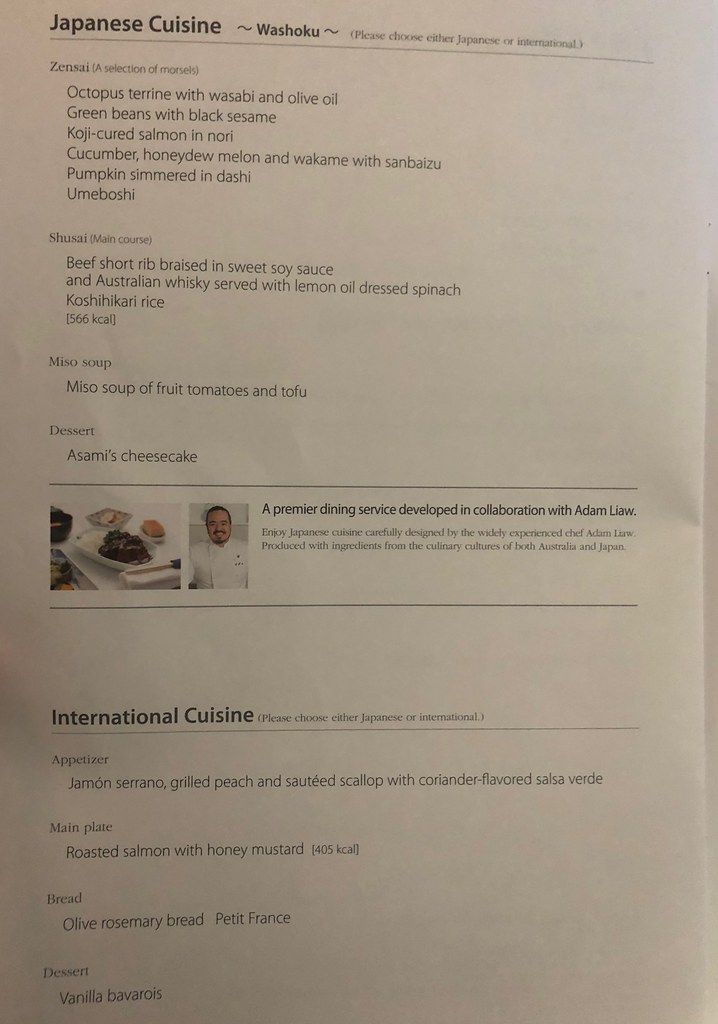 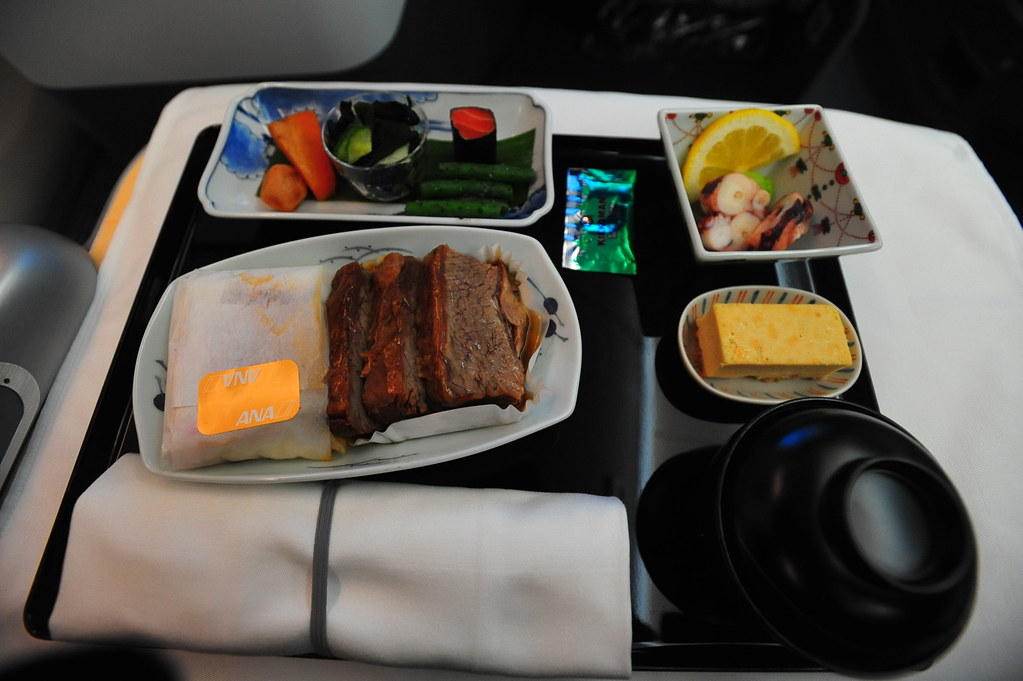 After the meal I totally crashed after spending the last 3 days with less than 5 hours of sleep. 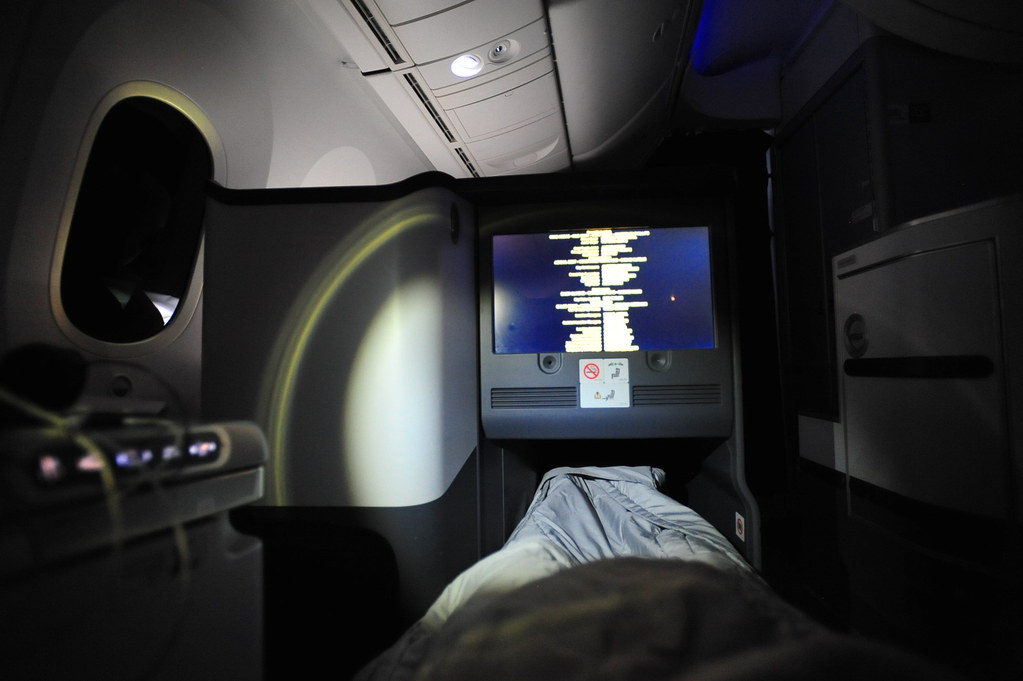 I got in a more reasonable 6 hours in before I was woken up for a simple breakfast of fruits and cheese: 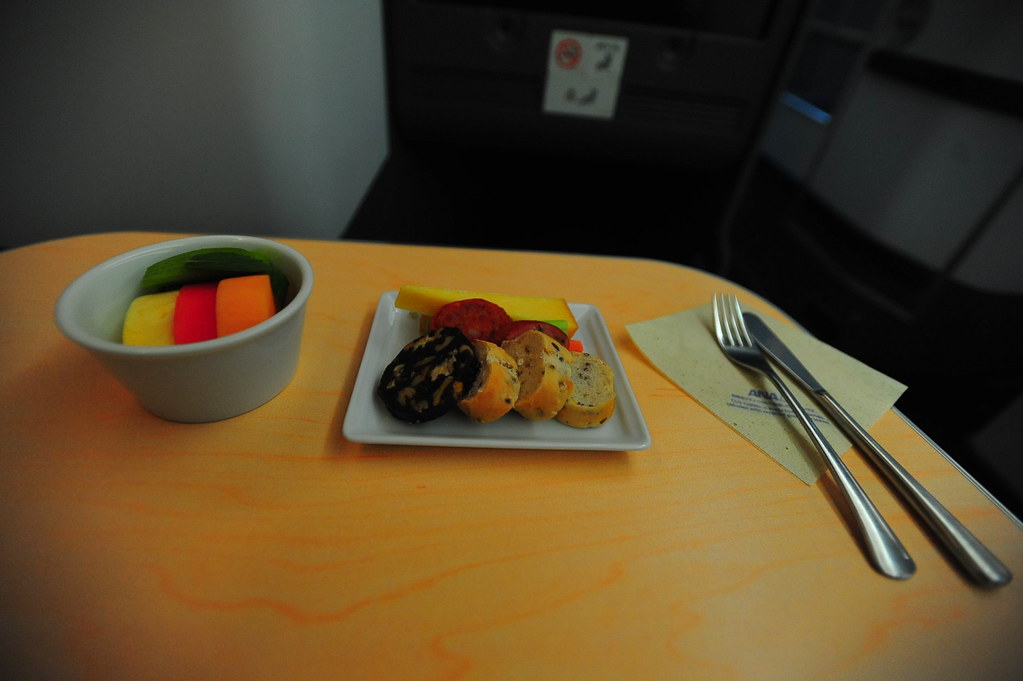 We landed on time in Haneda Airport at 5am, right on schedule. I quickly breezed through immigrations and headed to Tsukiji Fish Market to see if I could snag a table at Sushi Dai, which opens at 6am. 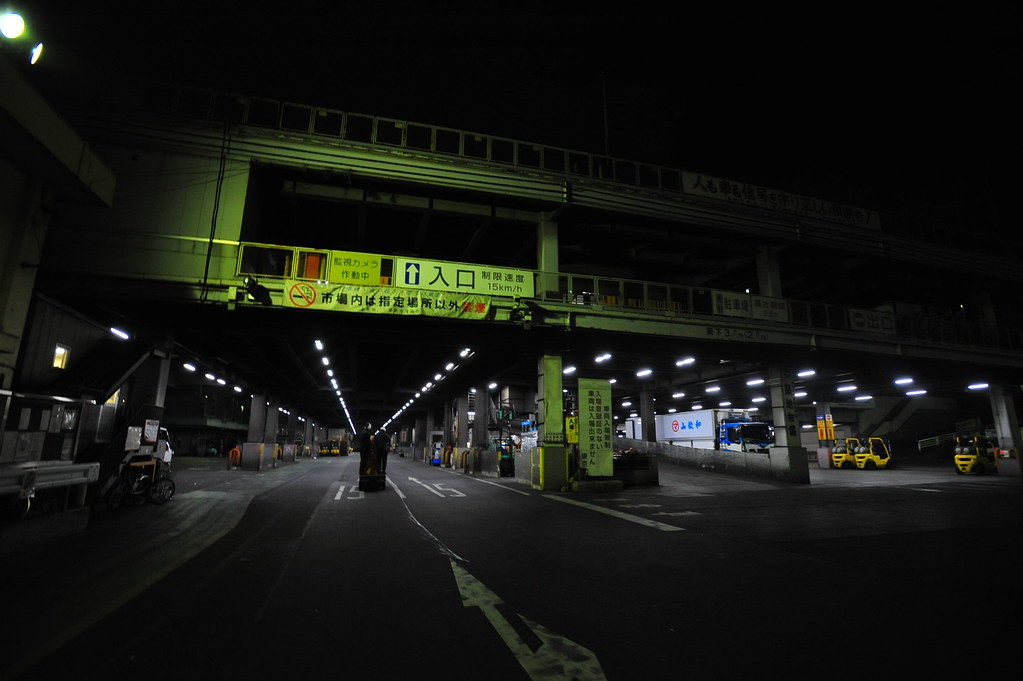 Sadly, the entire fish market was inexplicably shut down — yes, everything was shuttered! 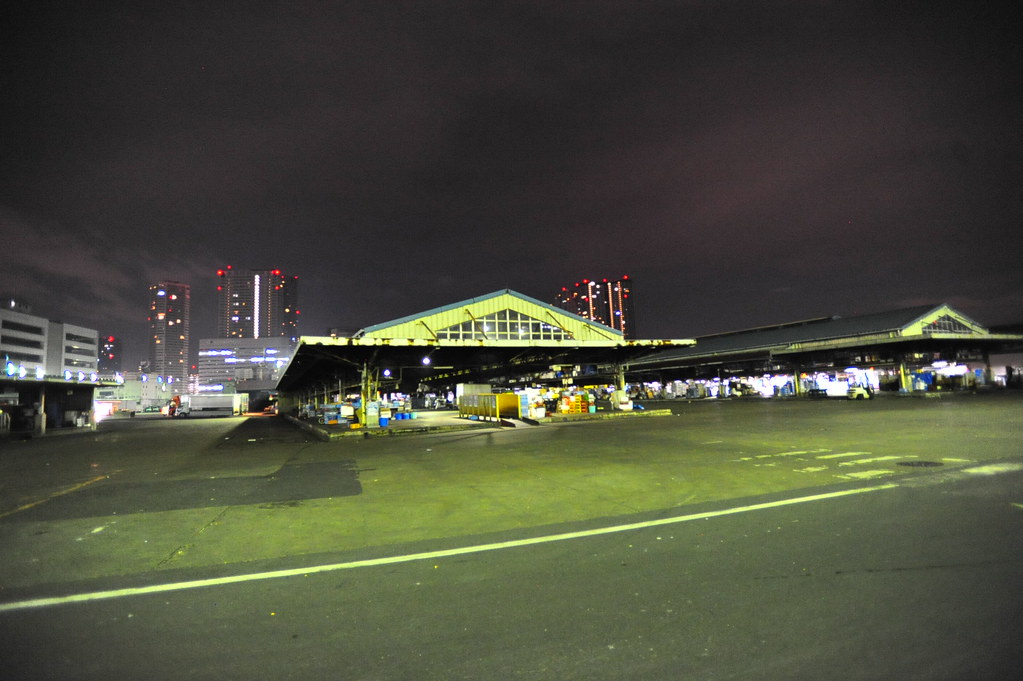 Dejected, I decided to head up to Ueno Station to store my bigger backpack for the day (there are left luggage lockers at every train station, costing at most 700 Yen for the whole day), planning ahead as I would take the Skyliner Train directly from Ueno to Narita Airport for my 4:40pm ANA flight to JFK Airport. 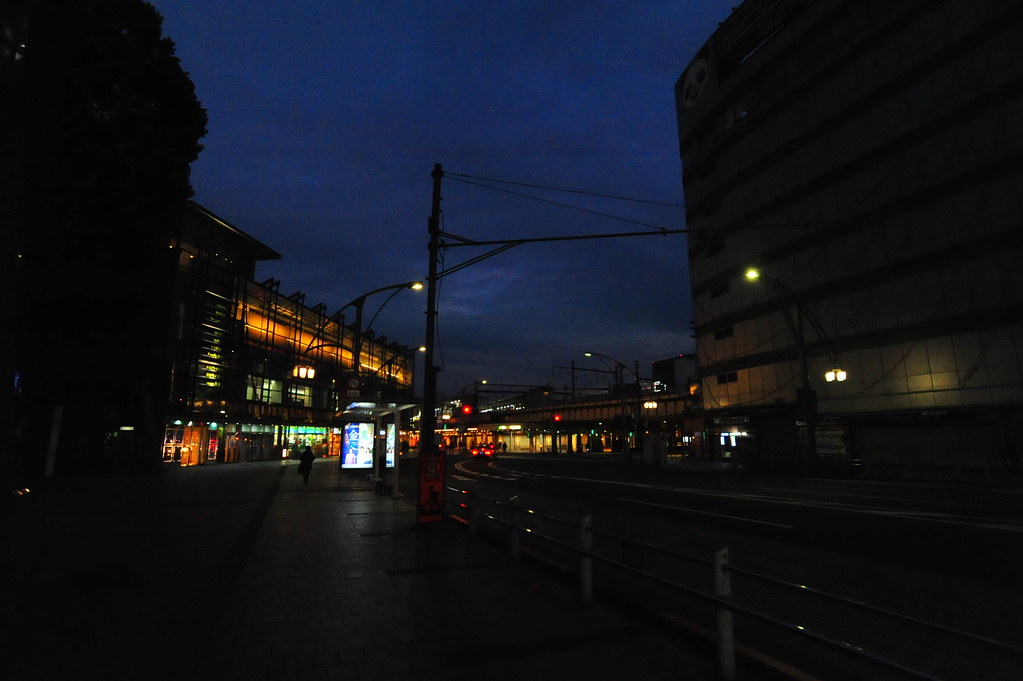 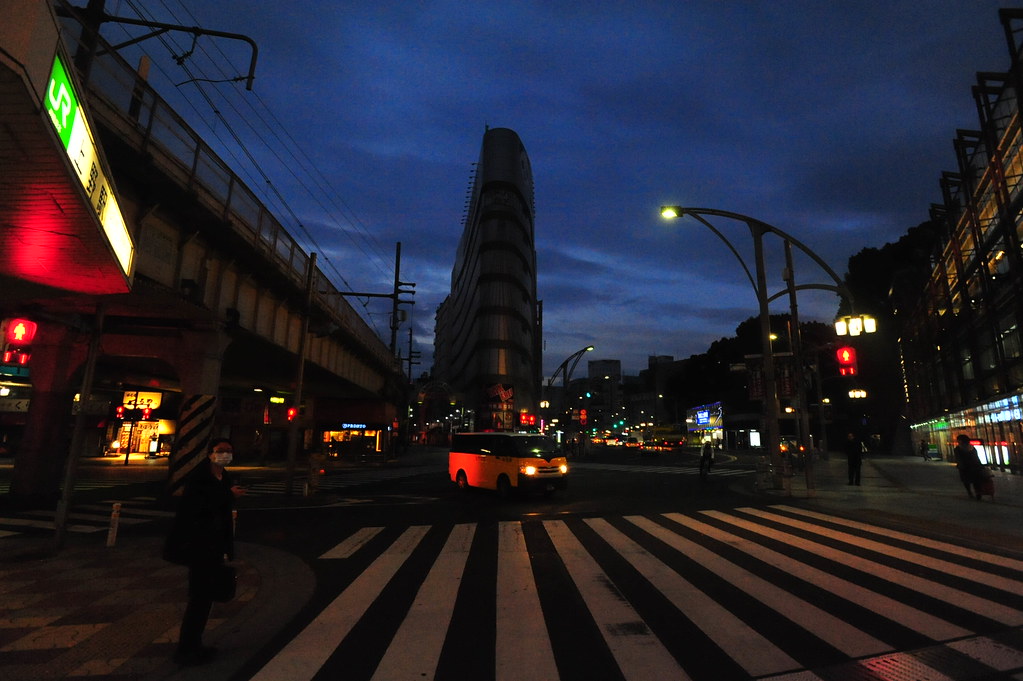 I then walked over in a chilly 50ºF morning to catch up with my college friend/roommate Todd Spitz for an hour before he had to go to work. 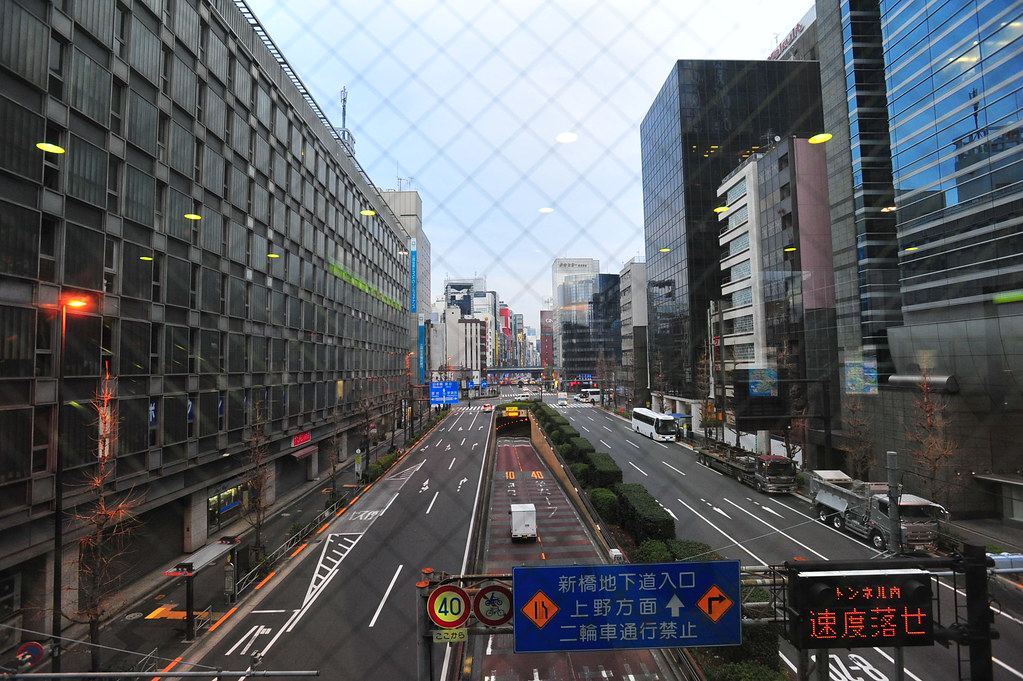 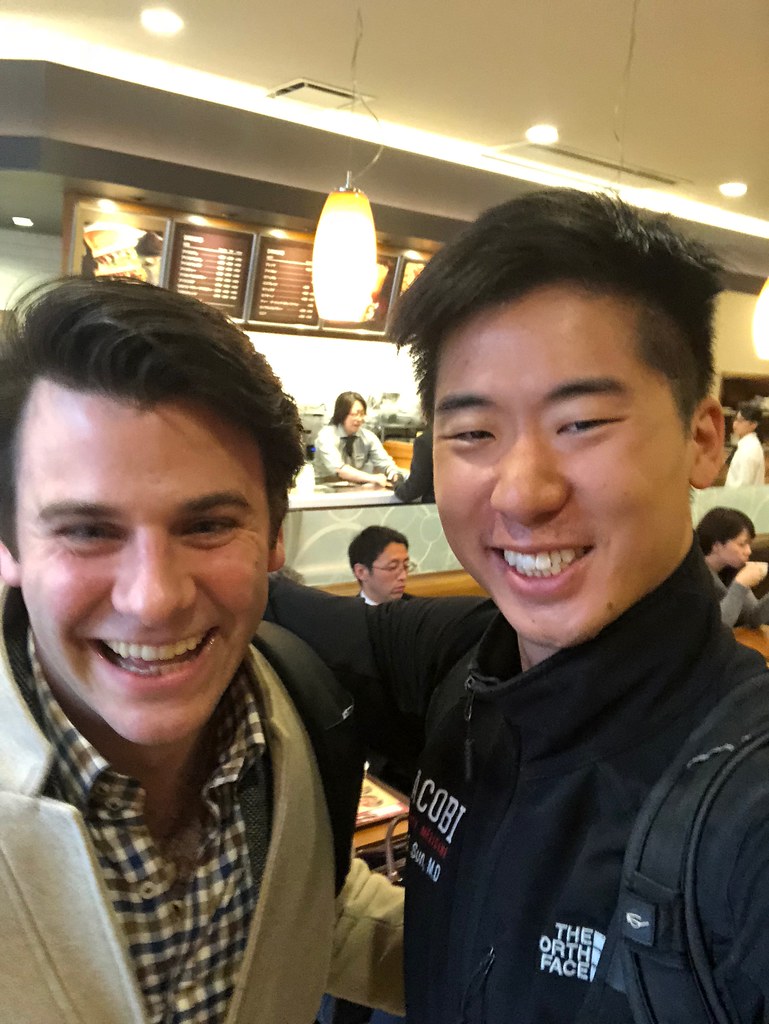 I then headed over to Tokyo Station to meet up with Shirley Qin, whom I haven’t seen since I spoke at NYU back when she was in college 6 years ago. 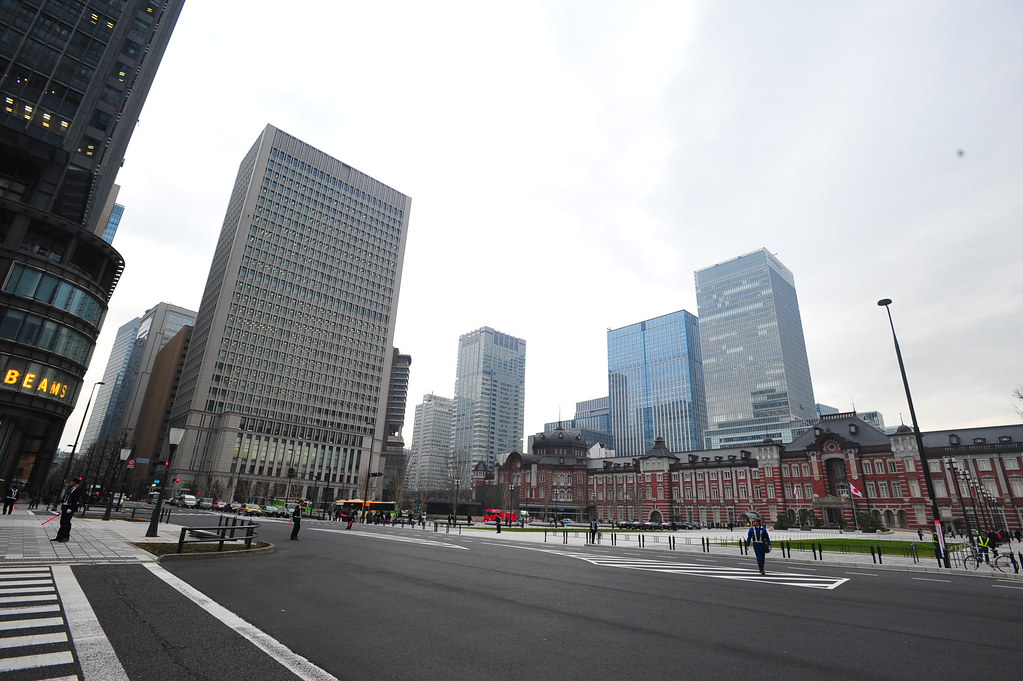 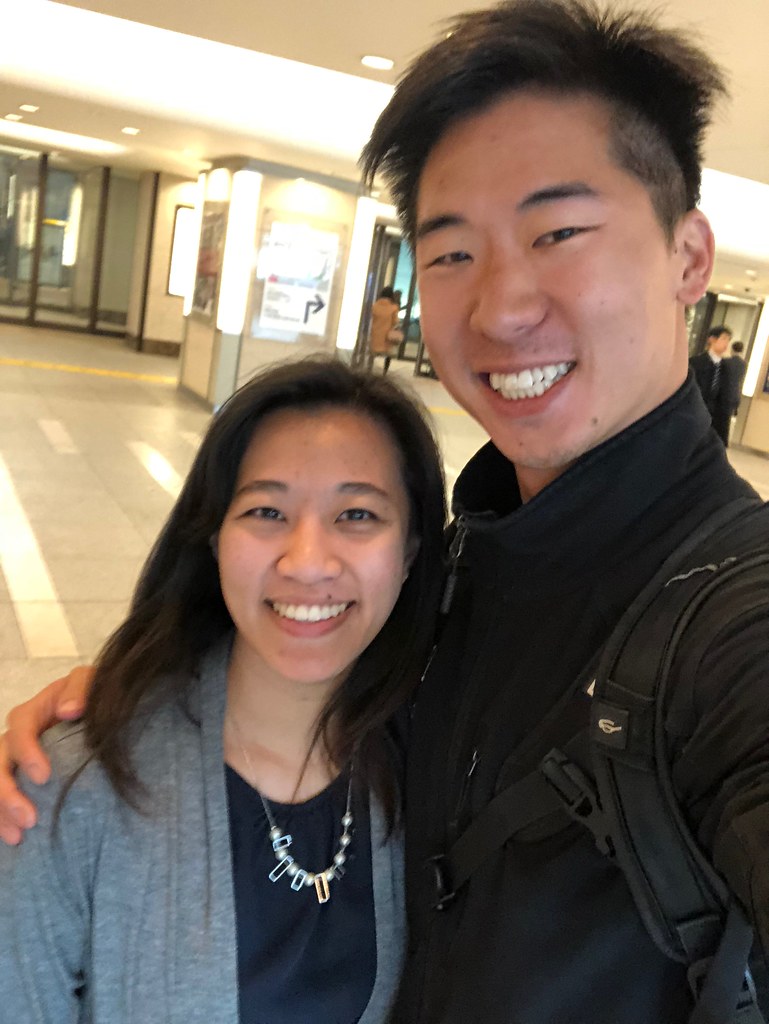 I managed to accidentally stumble upon the Ceremony of the Presentation of Credentials on the way to meet Shirley, which I found out later is when ceremonial horse-drawn carriages welcome and convey newly appointed foreign ambassadors from the Meiji Seimei Kan Building to the Imperial Palace South Porch. 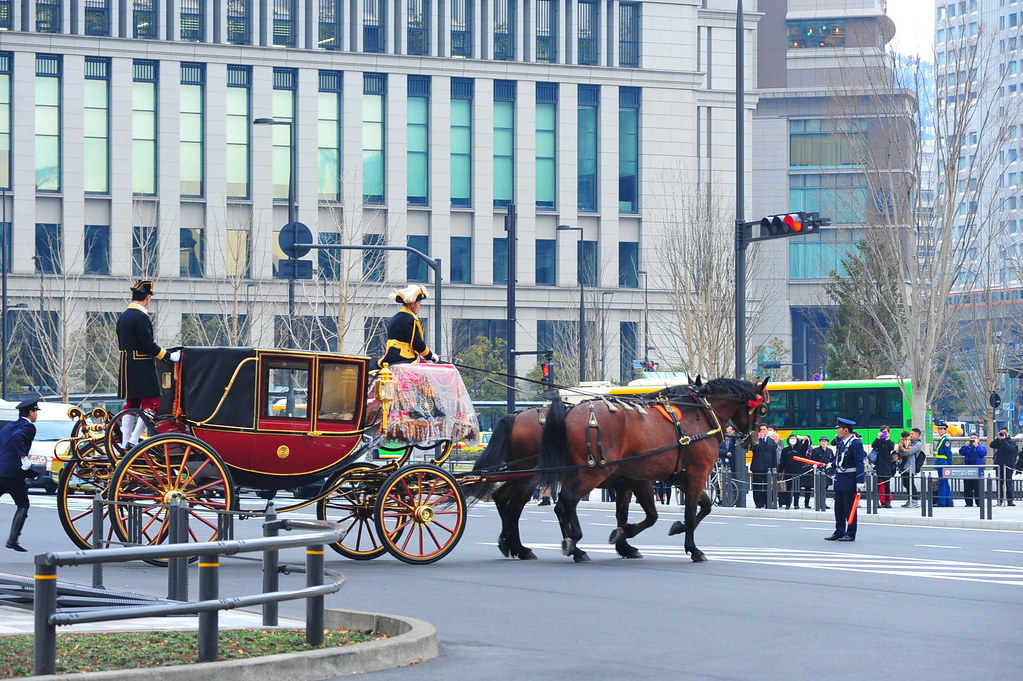 After getting a quick bite to eat, I recollected my stuff at Ueno Station and took the 45-minute 1:40pm Skyliner Train to Narita Airport, arriving there at 2:30pm. My business class ticket grants me access to the ANA Lounge there, where I was able to take a much-needed shower. 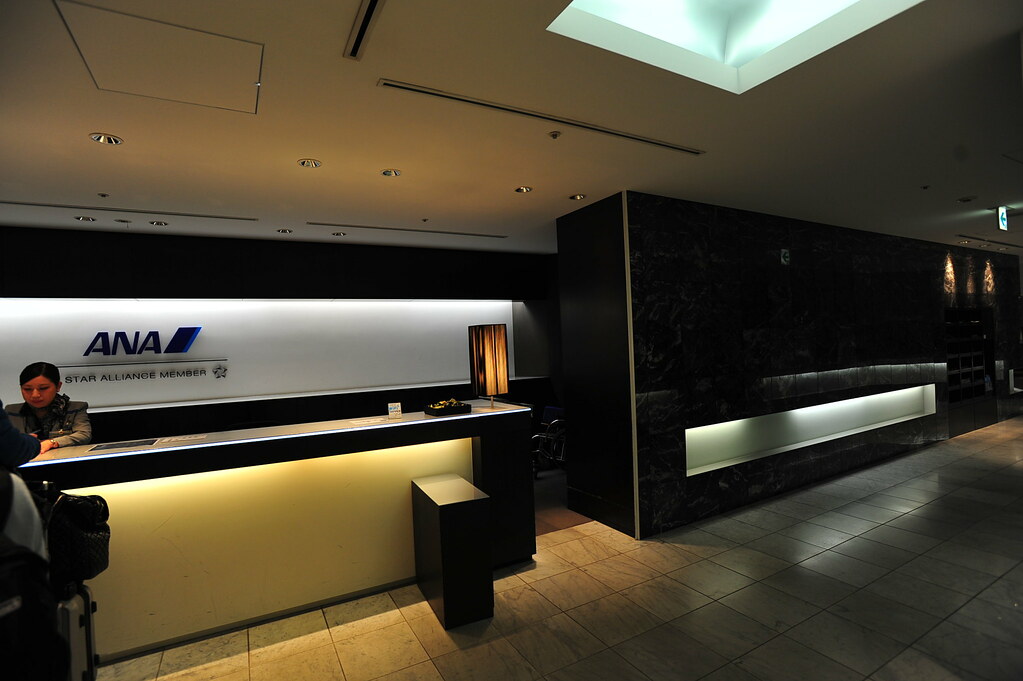 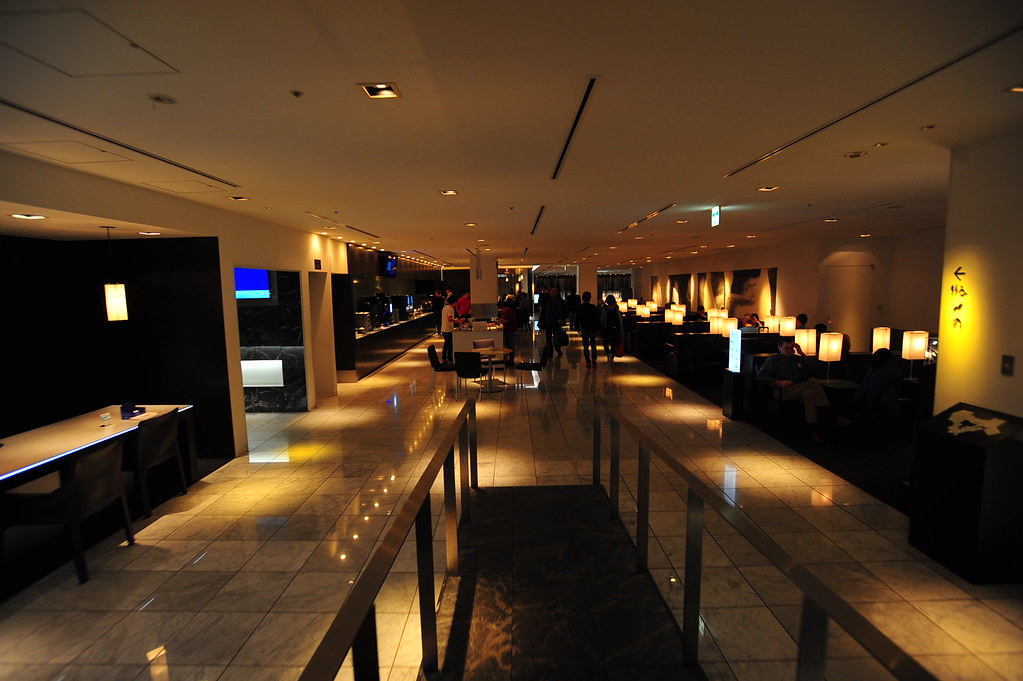 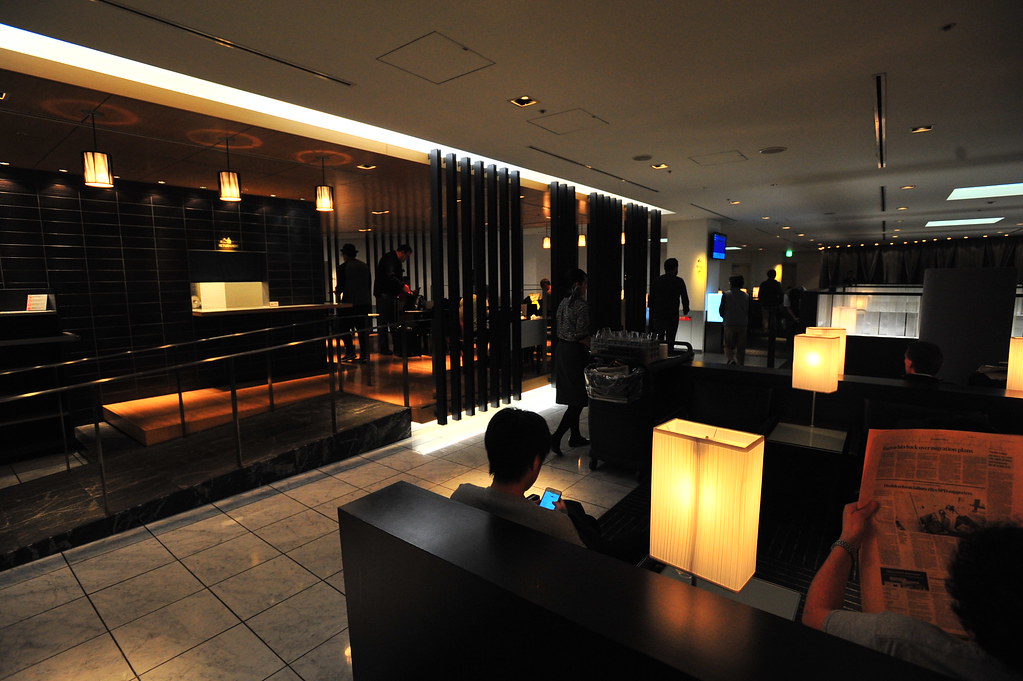 Finally at around 4:10pm, I was ready to board my flight home to JFK.

Unlike Thai Airways’ huge difference in business class offerings depending on the route, the ANA business class setup was almost identical to the one I just had. The only difference was that I had an extra small compartment on my flatspace to put small items (that little suggestion-box looking thing on the flatspace), and that the electrical ports were under my TV screen instead by the flatspace area. 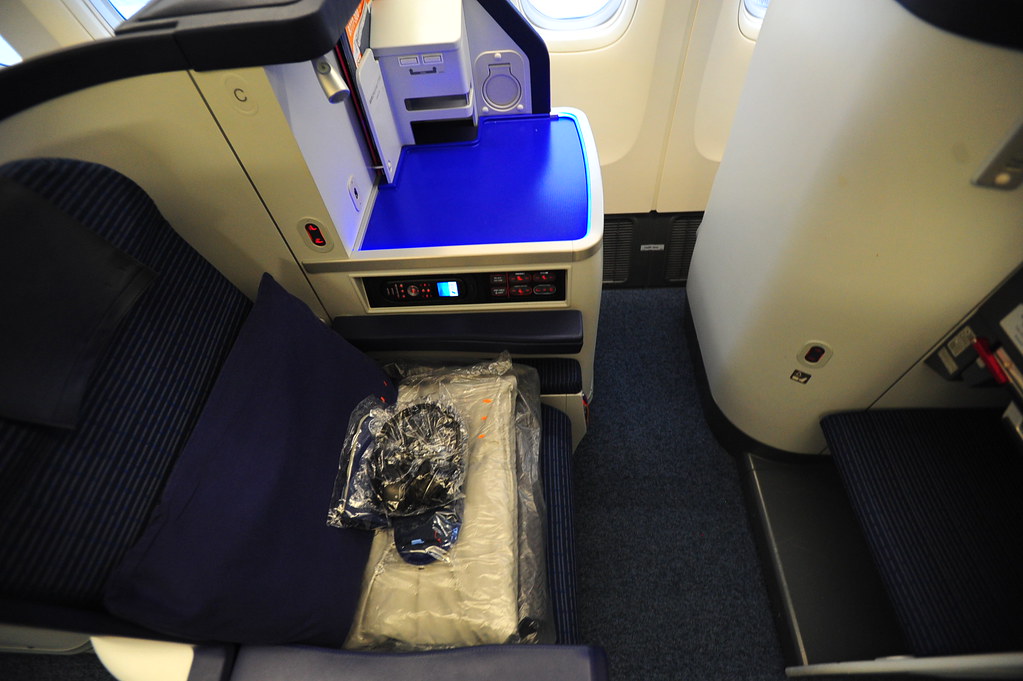 The food was equally as good: 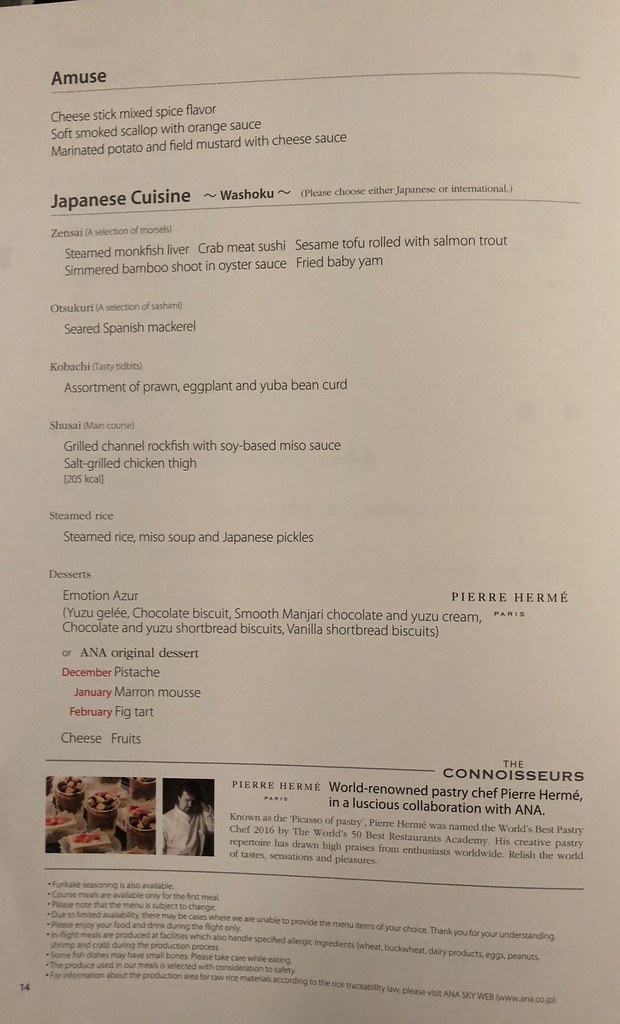 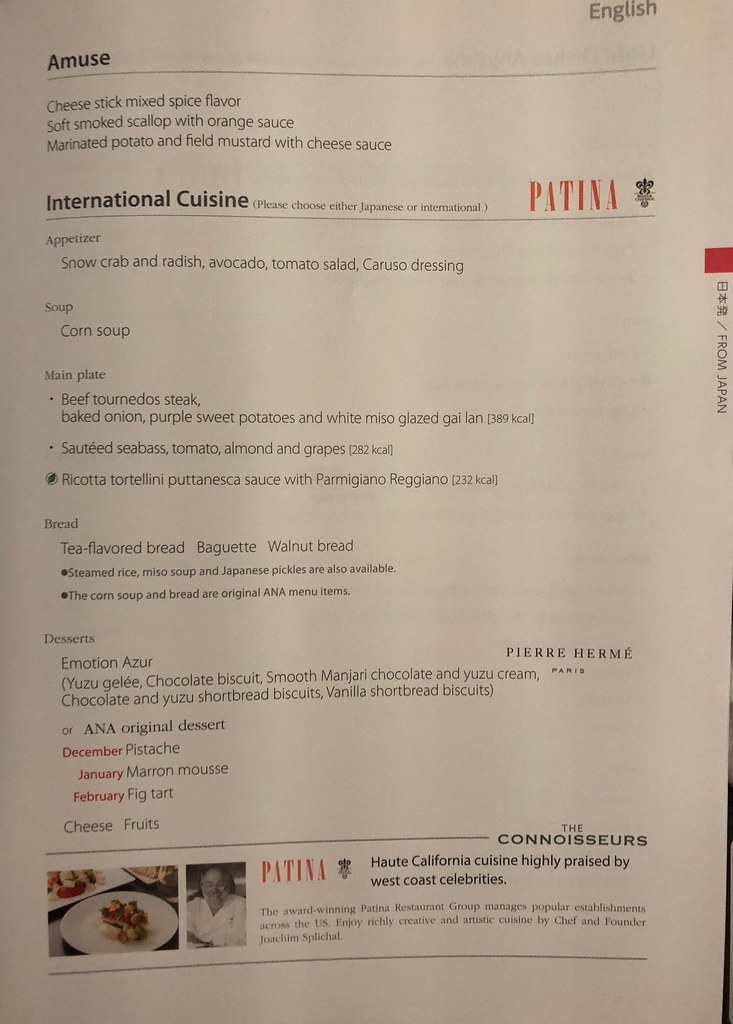 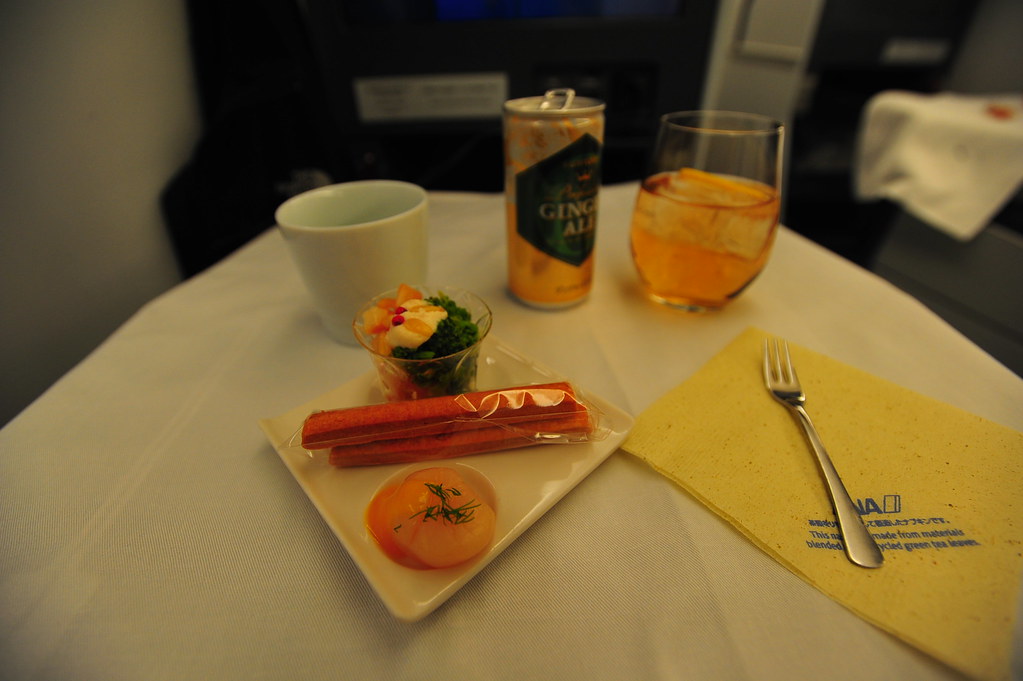 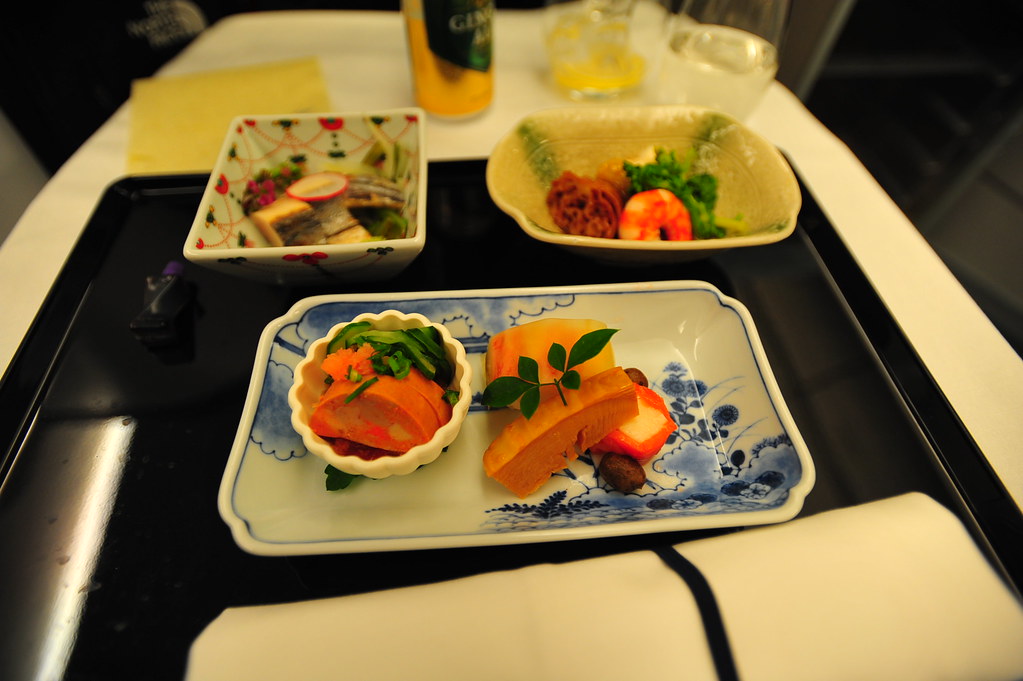 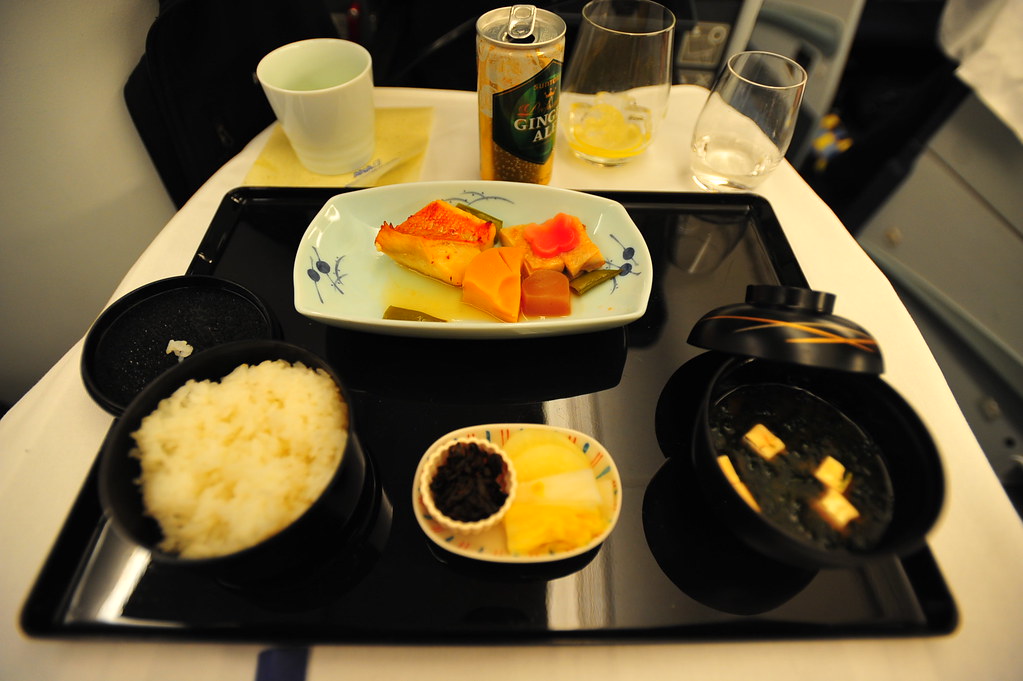 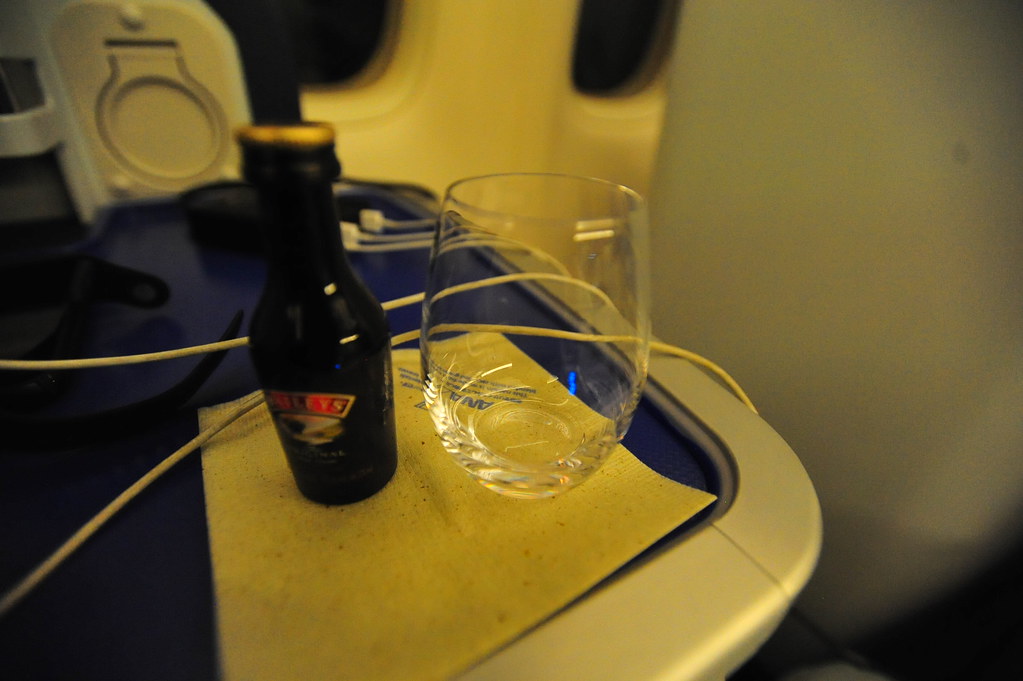 I got in a solid 7-8 hours of sleep in before being woken up for a quick breakfast: 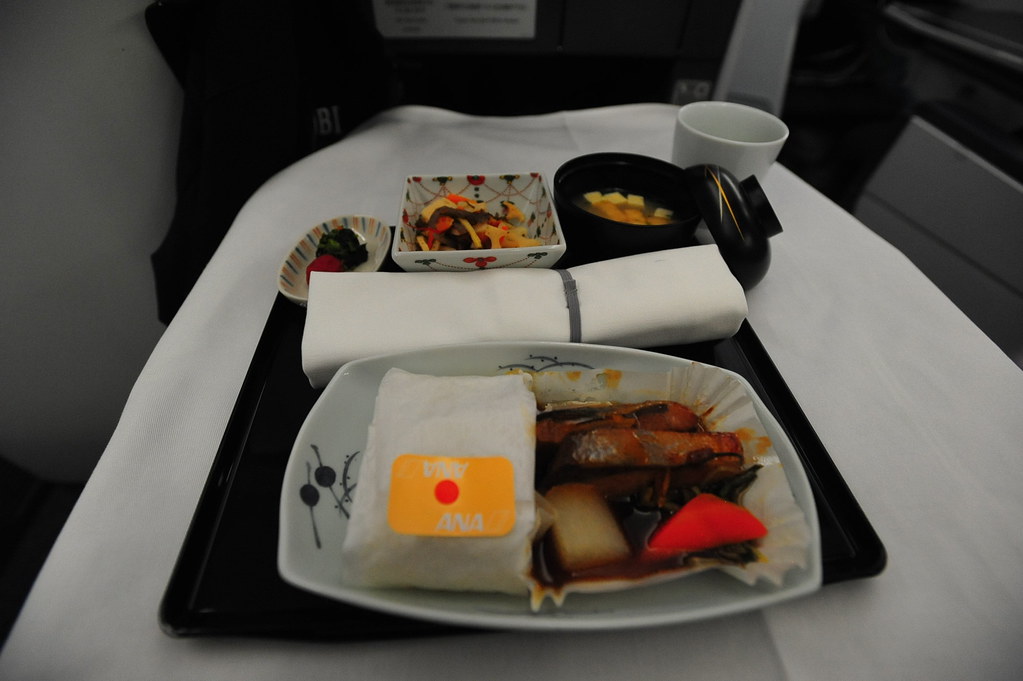 We landed on time at 3:10pm in the afternoon, giving me a good 4 hours before I needed to report for my overnight shift in the ER — time to go to work now!

« « Who Jumps Out Of A Perfectly Good Airplane?
You’re Going To Miss…The Down Under » »