Trying to escape the thunderstorms that were about to overtake the site of the Battle of Gaugamela, we drove north towards Lalish. 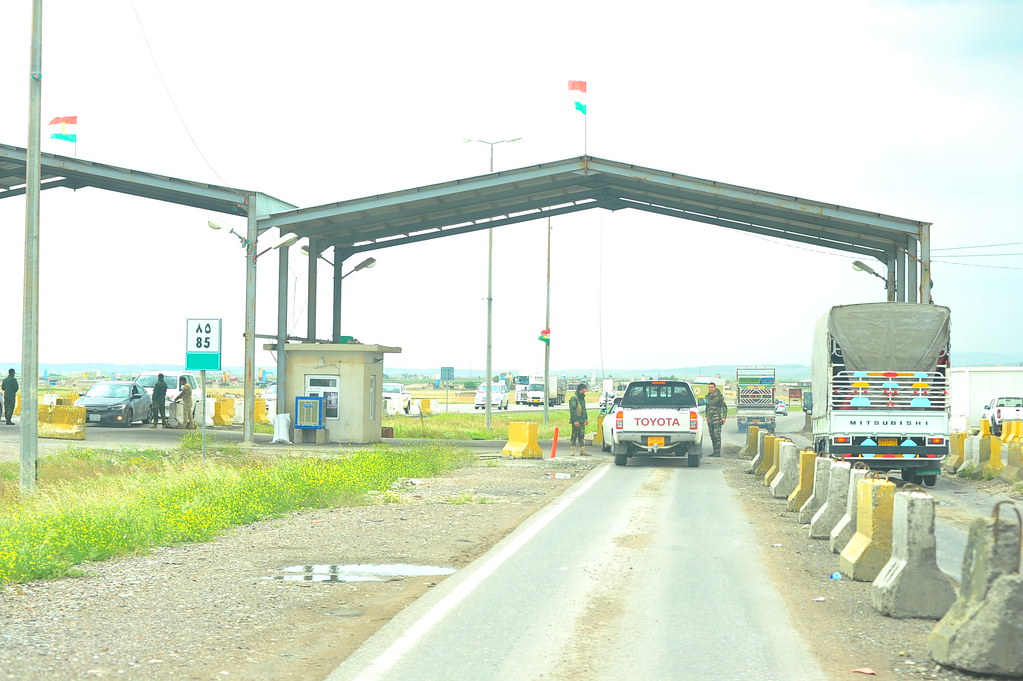 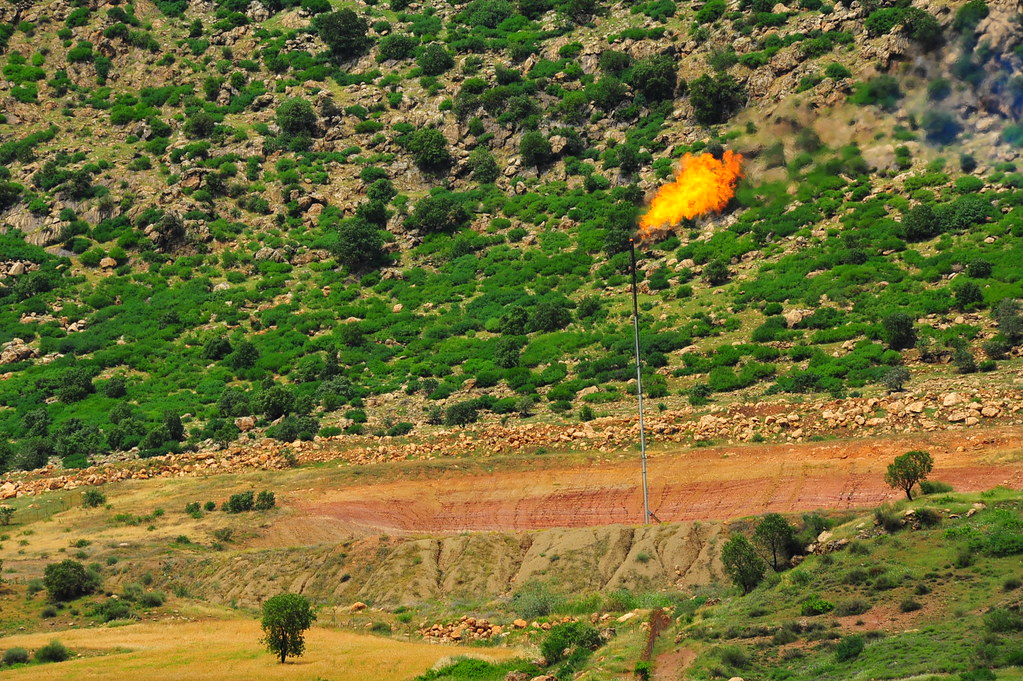 After a few checkpoints we reached a quiet area up in the mountains to reach the Yazidi village. 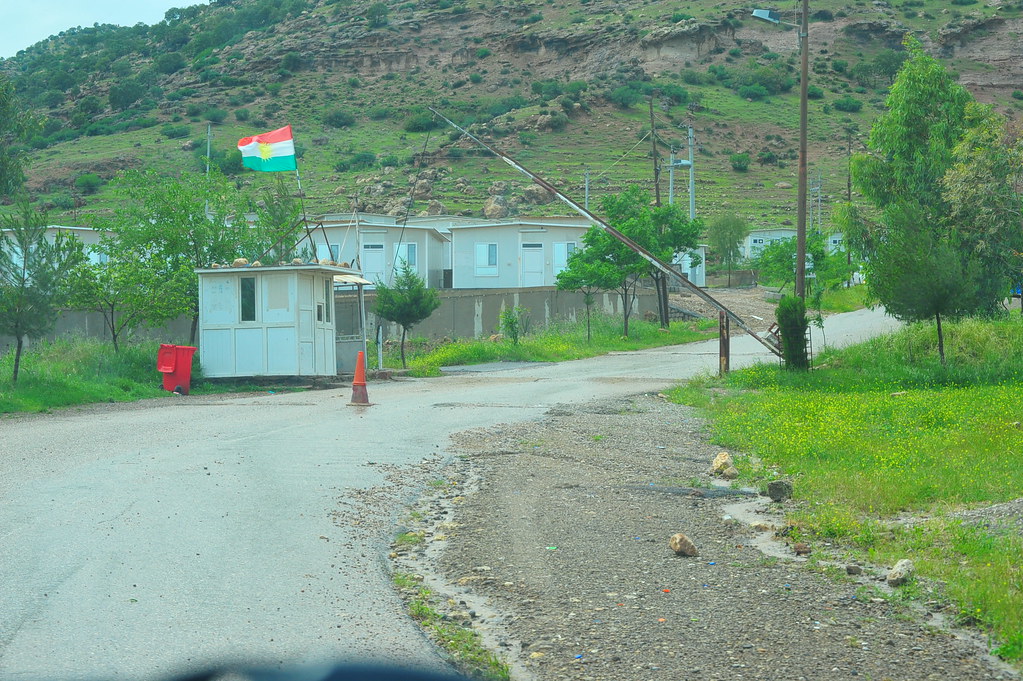 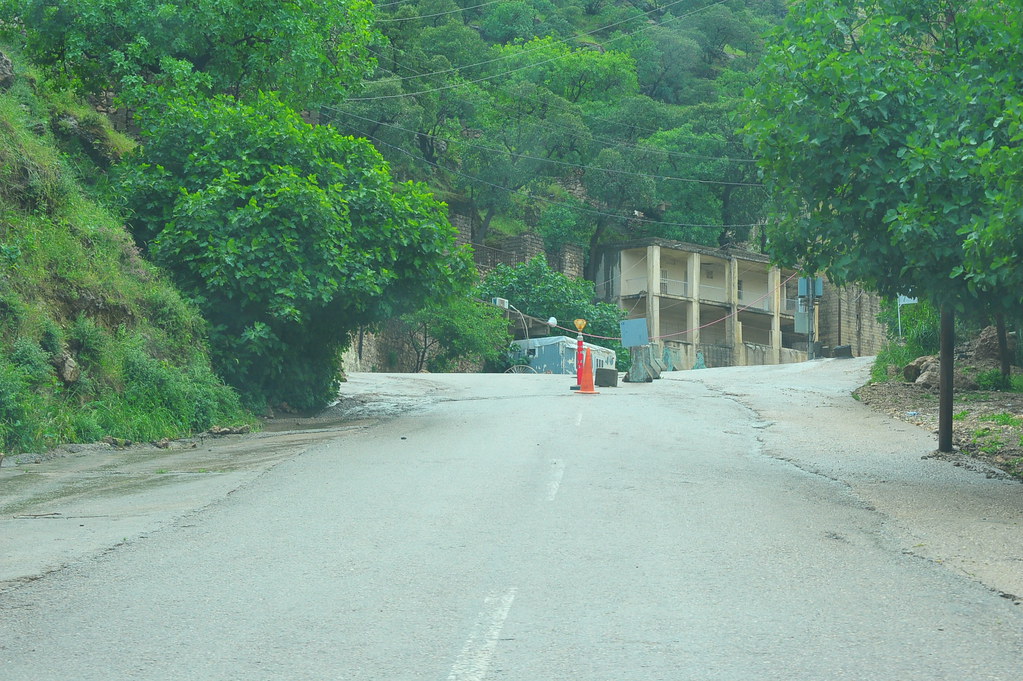 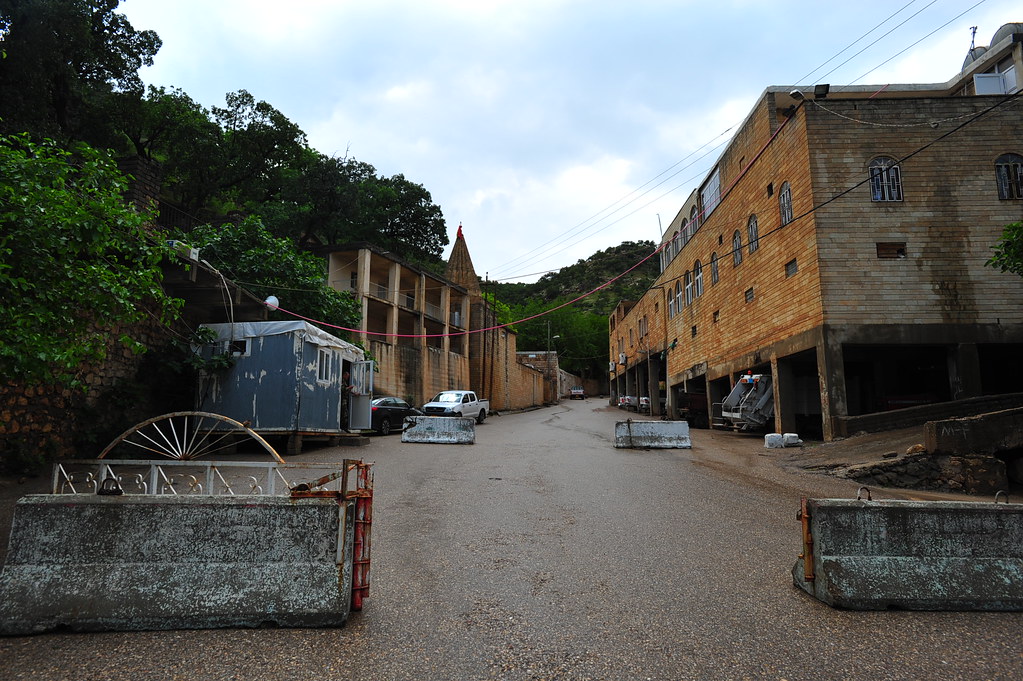 The Yazidis are a group of people who believe in Melek Taus, a benevolent peakcock angel part of an ancient gnostic faith. However, ISIS/ISIL/Daesh and some members of the Islamic community view the peacock angel as an interpretation of Lucifer (aka Satan) thusly considering the Yazidis to be “devil worshippers.” As a result they have been targeted as part of a systematic genocidal campaign by the Islamic State leading to countless refugees fleeing the nearby city of Sinjar in 2014-2017 from persecution. Although thousands have been killed or taken in as sex slaves, many surviving Yazidis would arrive here in Lalish as part of a last stand for survival.

Of all the people that ISIS fought, the militants were particularly vicious toward the Yazidi, one of Iraq’s most mysterious religious minorities, who were massacred by the thousands.

The Yazidi allow no outsiders to convert to Yazidism and the contents of their holy text, the Meshef Resh or Black Book, are only for other Yazidi. In the most general of terms, they believe in one god and that the angel cast from heaven in Christian faiths is now the reconciled leader of all angels, and takes the form of a peacock. Some Yazidi don’t wear blue.

Lalish itself is a tiny (like the size of 2 city blocks), 4000-year-old mountain valley village in northern Iraq 36 miles from Mosul, and located above the town of Shekhan, which had the second largest population of Yazidis prior to the genocide committed by ISIS/ISIL/Daesh. It is also home to the holiest temple in the Yazidi faith, dating back to the 25th century BC, from the time of Sumerian and other ancient Mesopotamian civilizations. Later the temple became location of the tomb of Sheikh Adi ibn Musafir, a central figure of the Yazidi faith.

At least once in their lifetime, Yazidis are expected to make a 6-day pilgrimage here to visit the tomb of Şêx Adî and other sacred sites.

The faith holds that every Yazidi should take a pilgrimage to the center of their world, or Lalish, a lovely mountain village about 30 miles southeast of Duhok. The Yazidi believe that Noah’s Ark came to rest here after a snake used its body to plug a hole in the boat, thus saving all of creation. 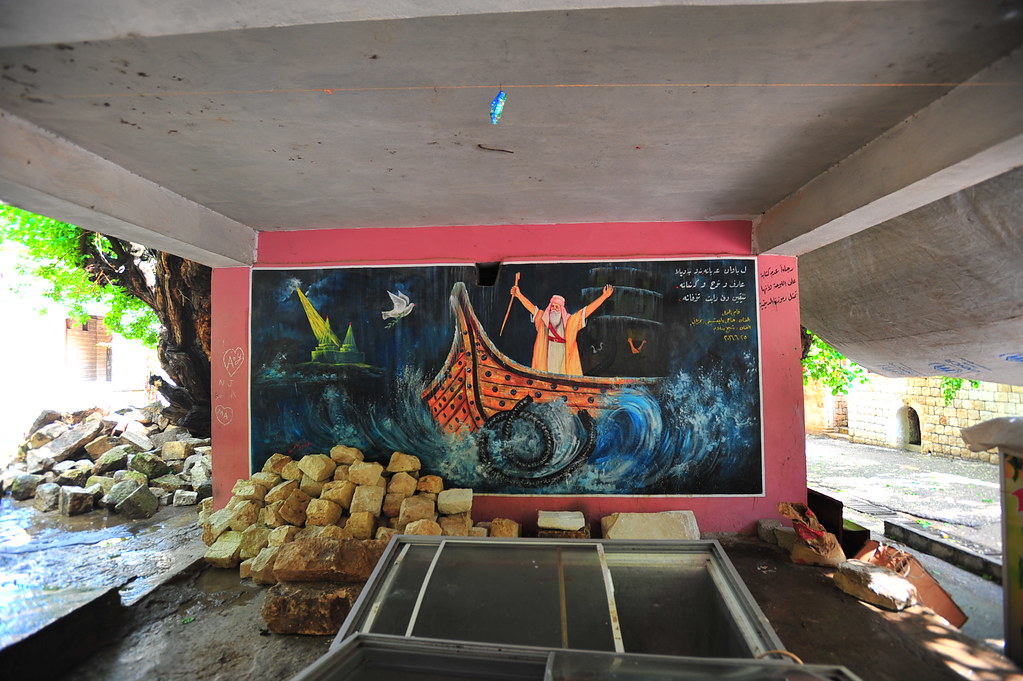 Take off your shoes here as you enter as shoes aren’t allowed in Lalish. 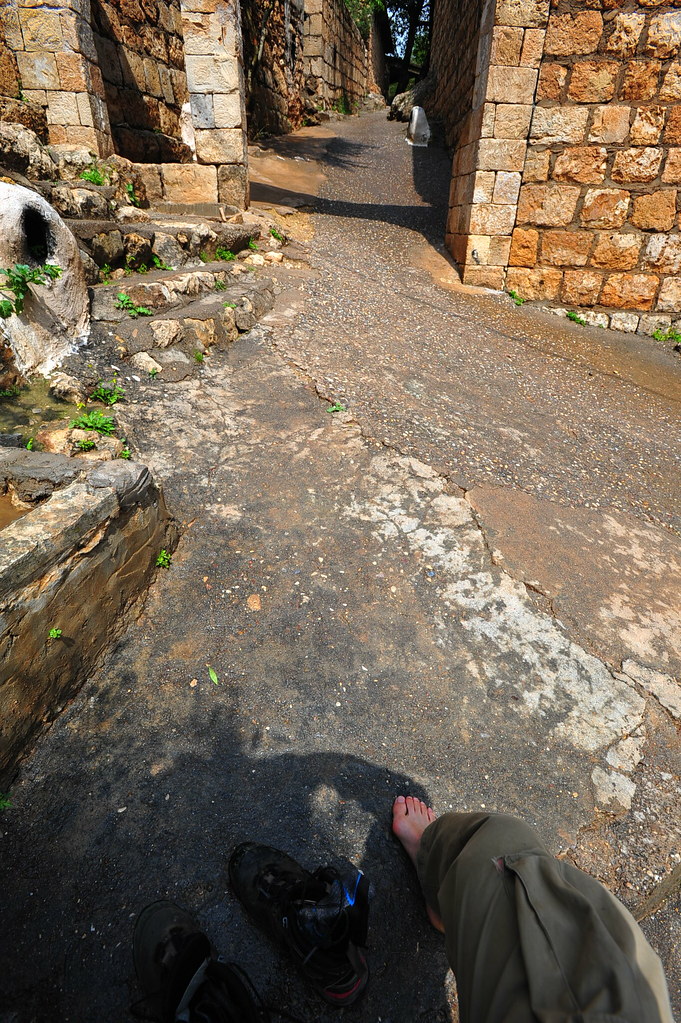 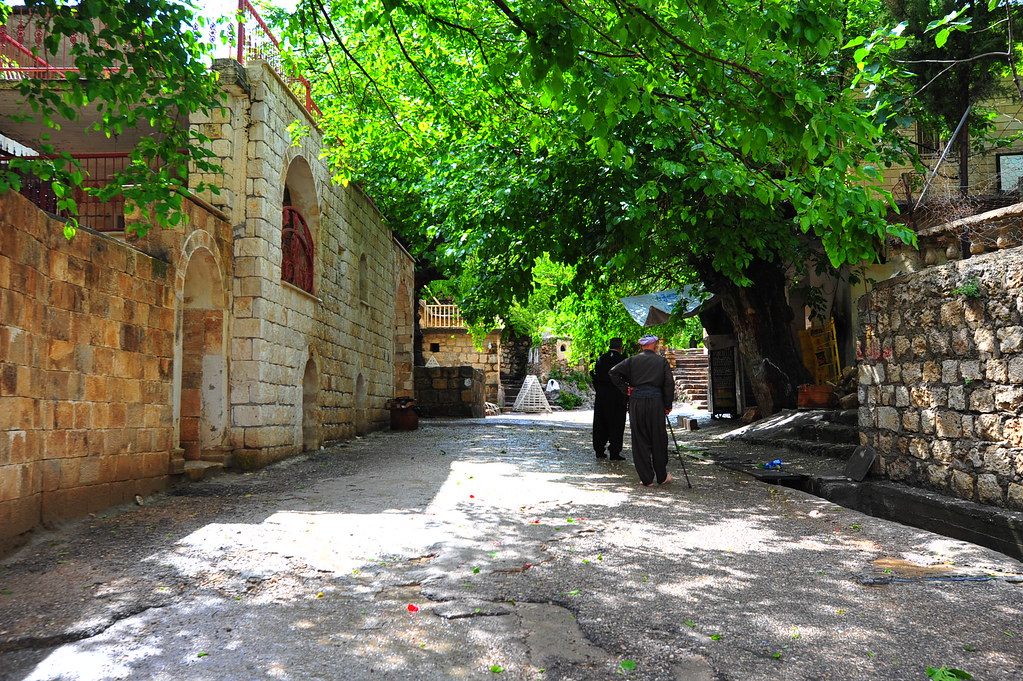 Since I came in right after a thunderstorm, barely anyone was around when I arrived to visit. However, my friend Rik was able to get this photo of a more bustling village only 3 days ago: 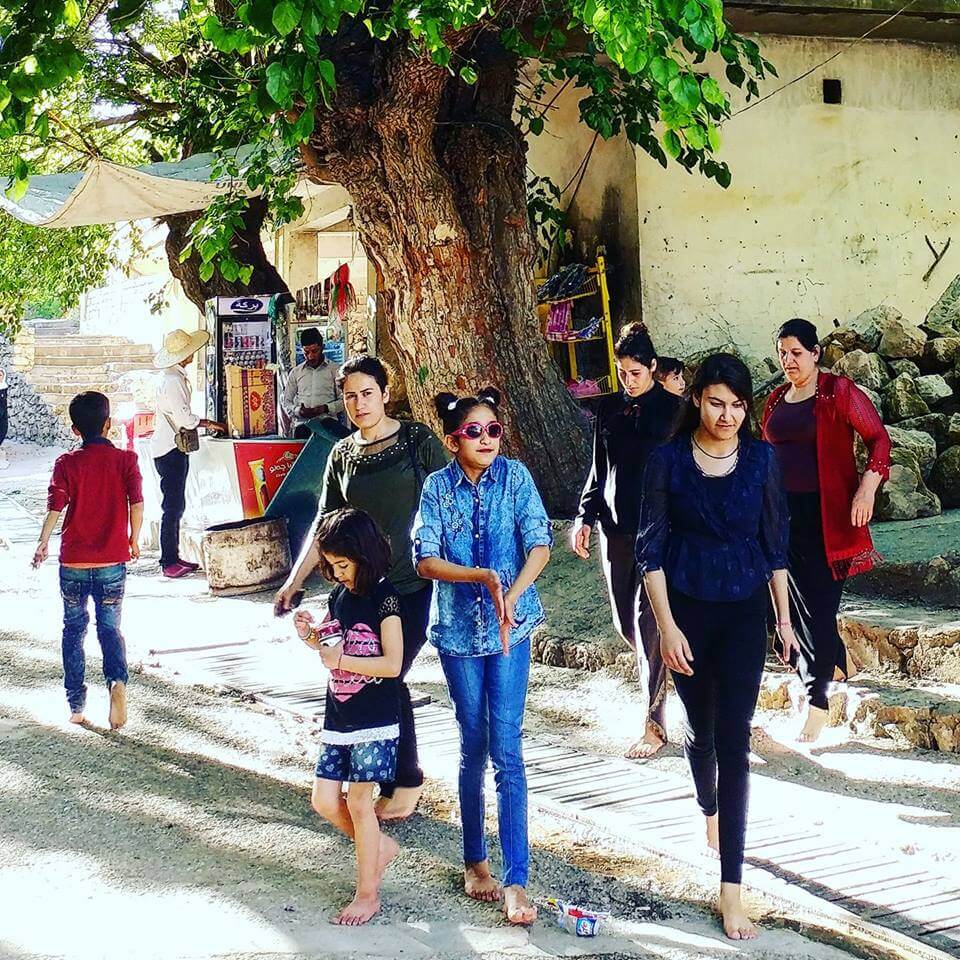 As you get deeper into the village, it becomes hard to believe this was once home to a refugee crisis in a time of war only a year before. 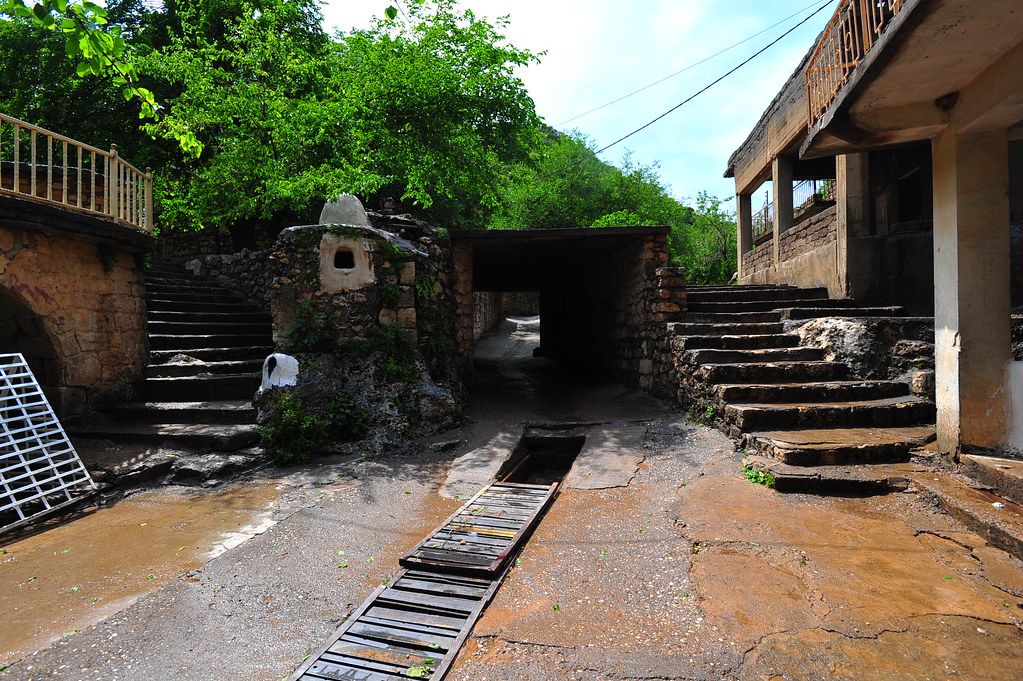 Eventually we came upon the entrance to the temple. When you enter, don’t step on the threshold as the Yazidis believe that angels rest in doorways. 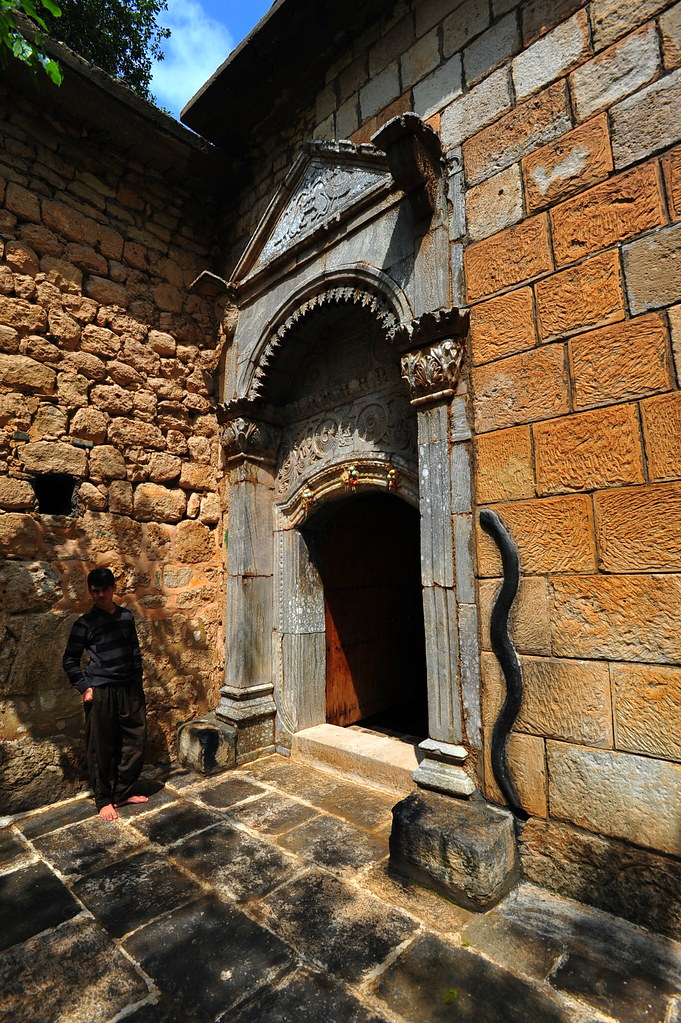 Within a few paces past the doorway, you’ll reach a room full of oil lamps used from previous pilgrimages. 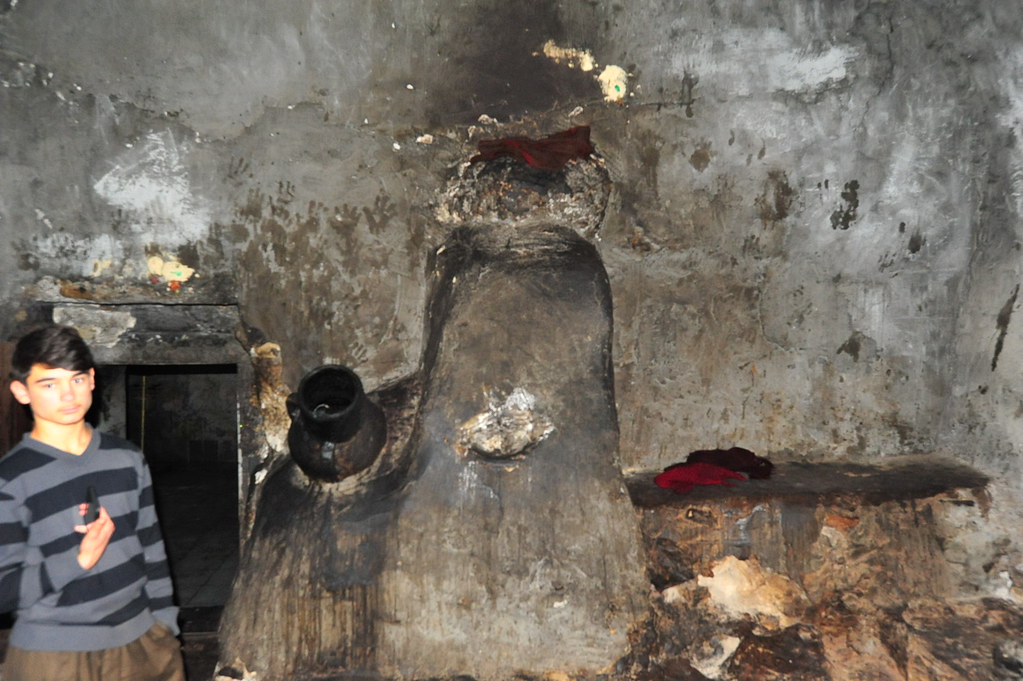 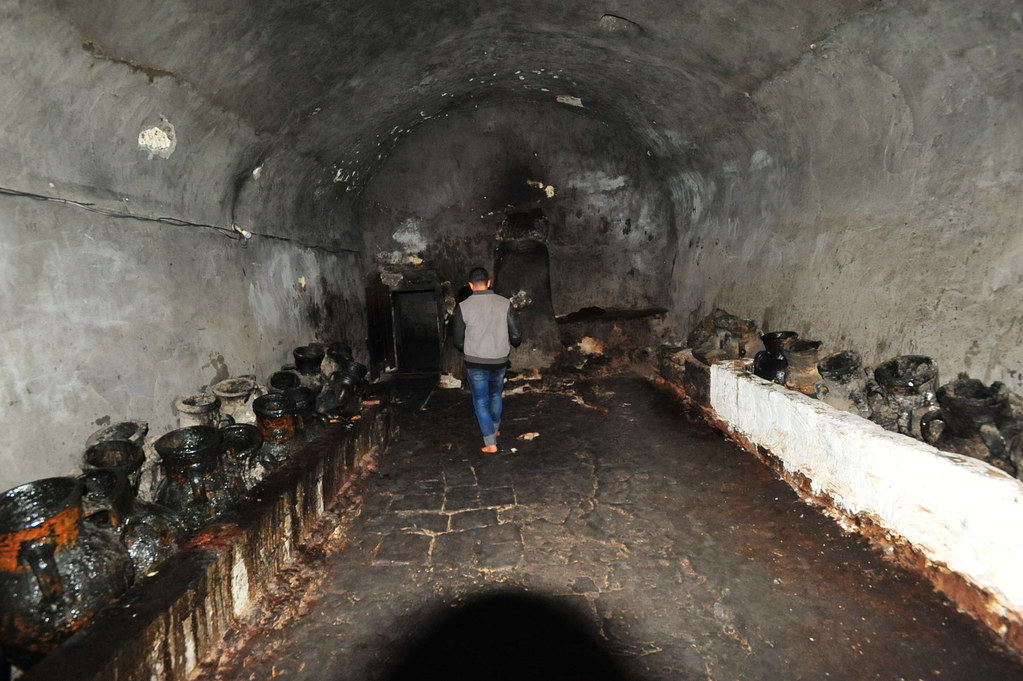 Inside the air was cool and moist. A woman pressed her forehead against a threshold, kissed it and mumbled. Others walked around Adî’s tomb, chanting; holy water burbled up from deep within the mountain. In one room I found two holes in the floor. One went to heaven, the other to hell, but no one would tell me which was which.

Accompanied by a helpful Yazidi boy that was marking my way with the flashlight from his cell phone (there is otherwise no light here), we were able to reach the sacred tombs within seconds of entering the temple. 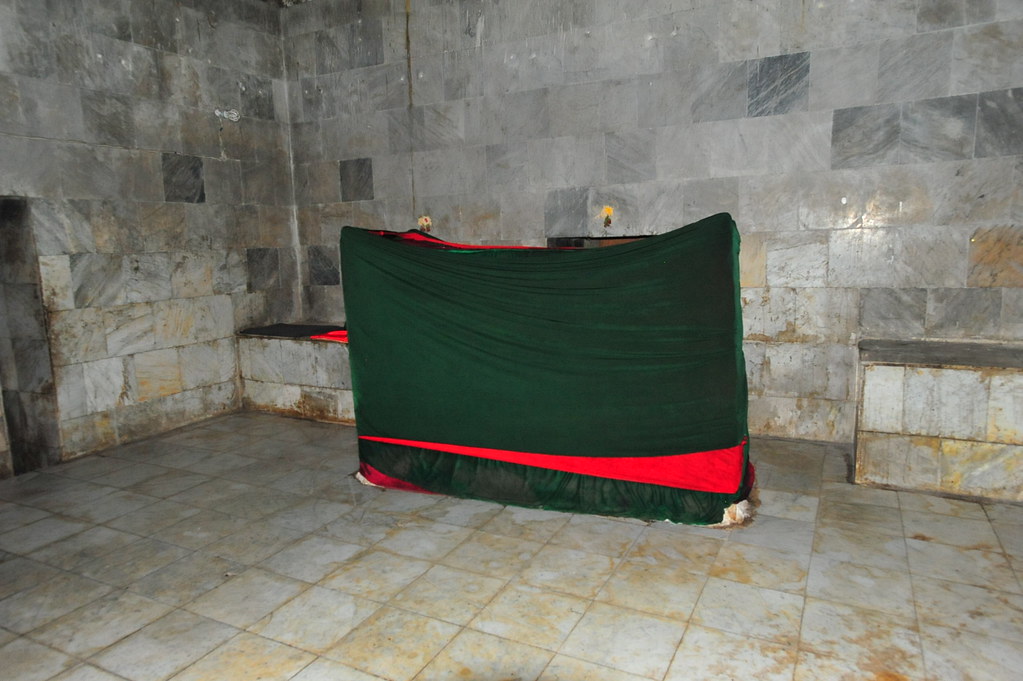 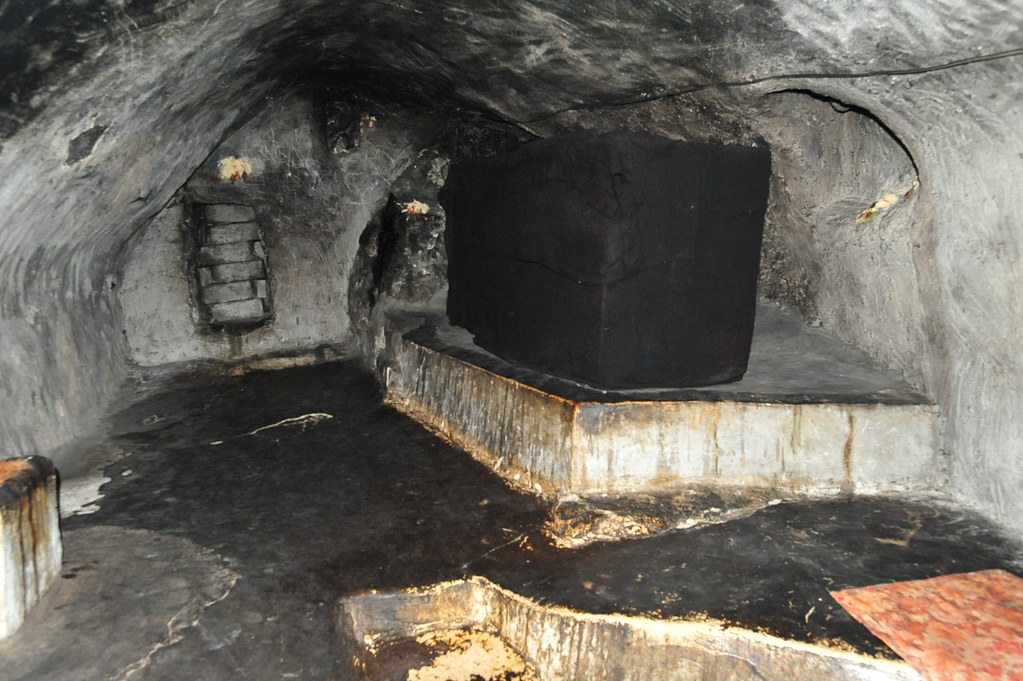 After about a few minutes here in the darkness, we headed back out into the village and up to the top for views of the conical roofs characteristic of Yazidi sites. These roofs signal to Yazidid pilgrims that they’ve arrived to the tomb of Şêx Adî. 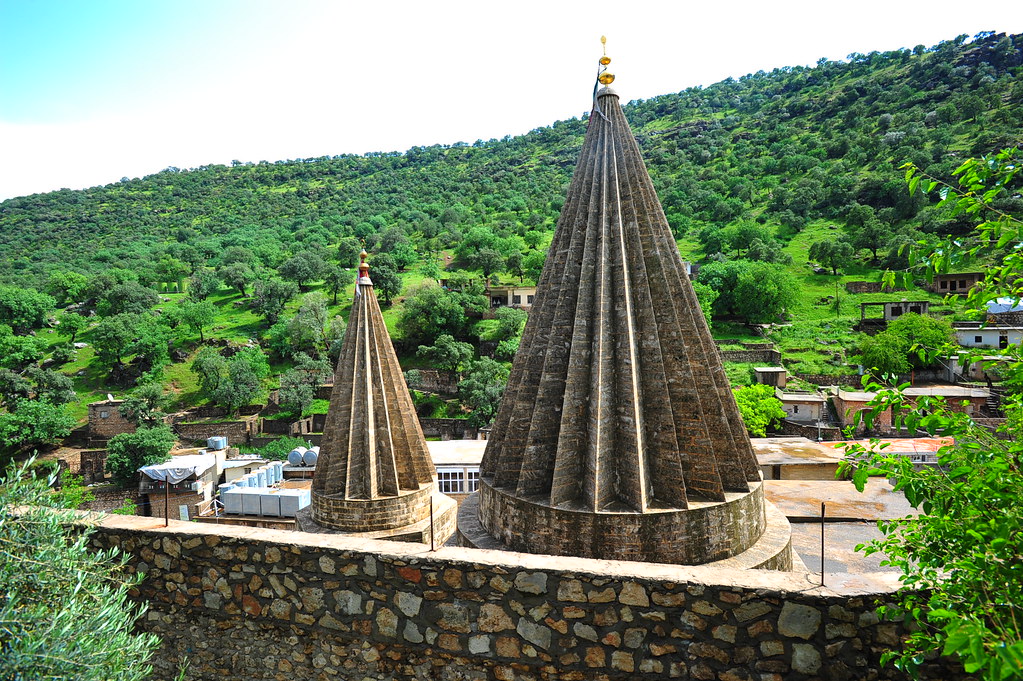 You can climb up further to see more houses in the villages. However, all the people I saw were Pershmega soldiers (with their boots respectfully removed as well) guarding the place. 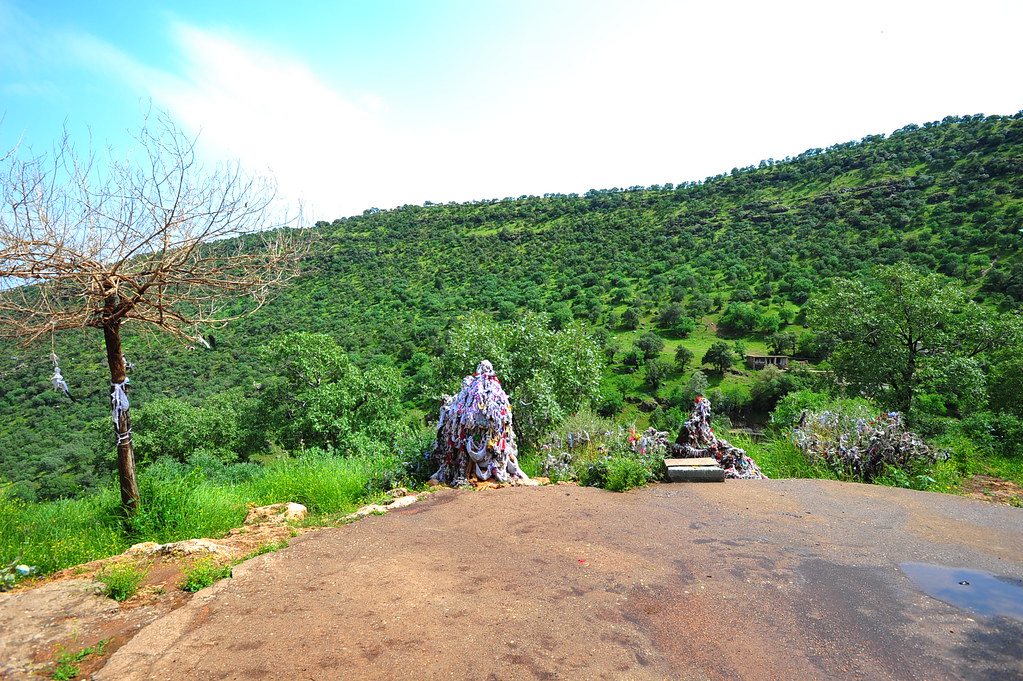 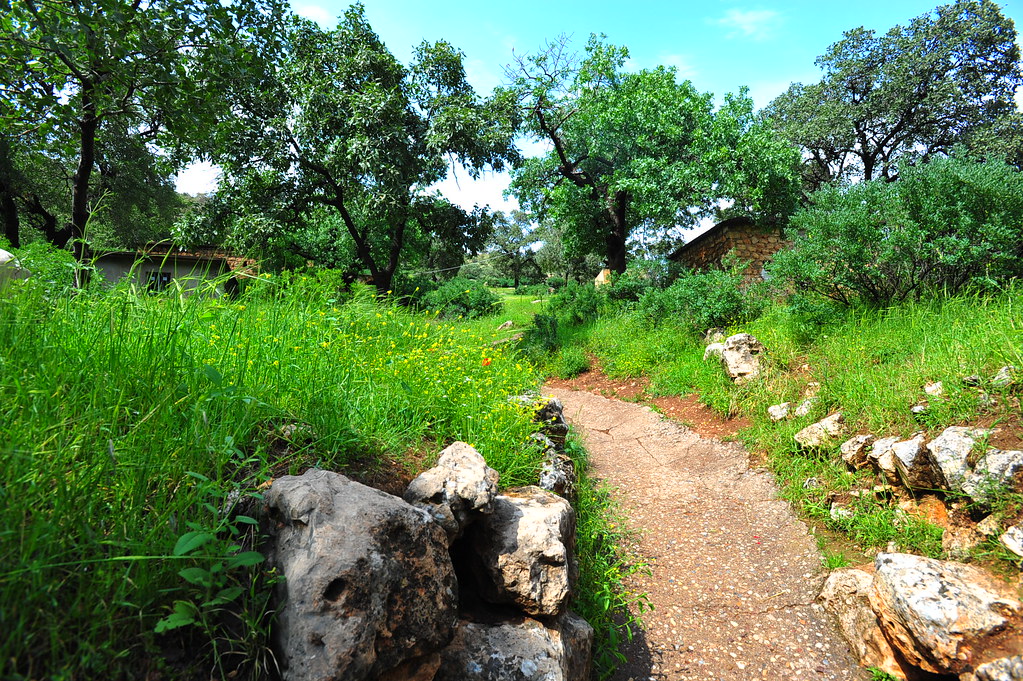 After about 45 minutes here we drove out for a much needed lunch at Niroj Restaurant. 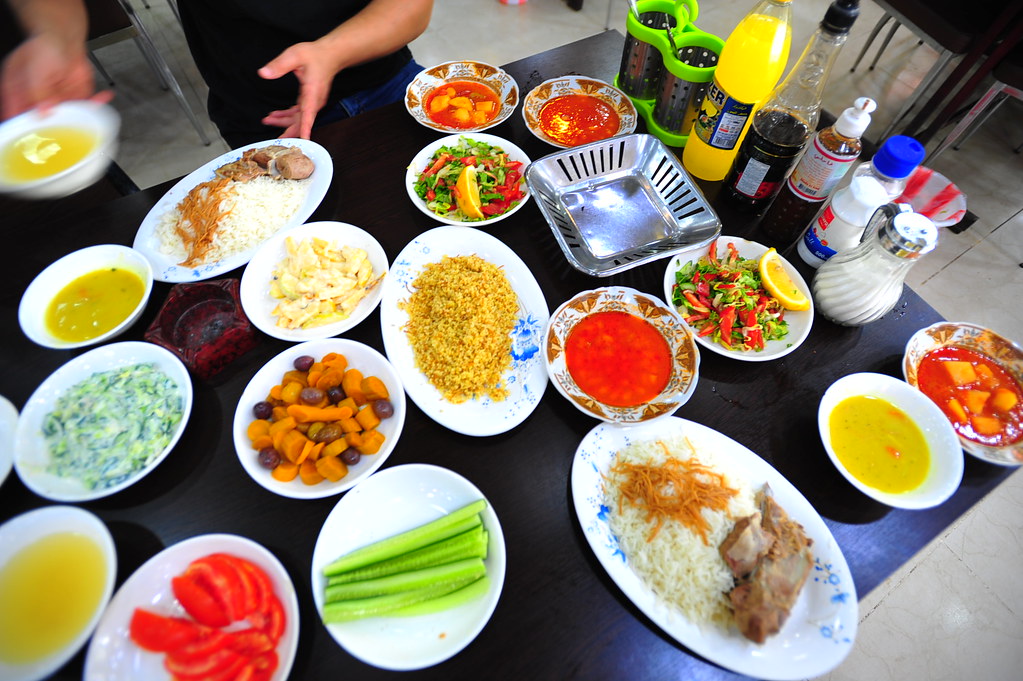 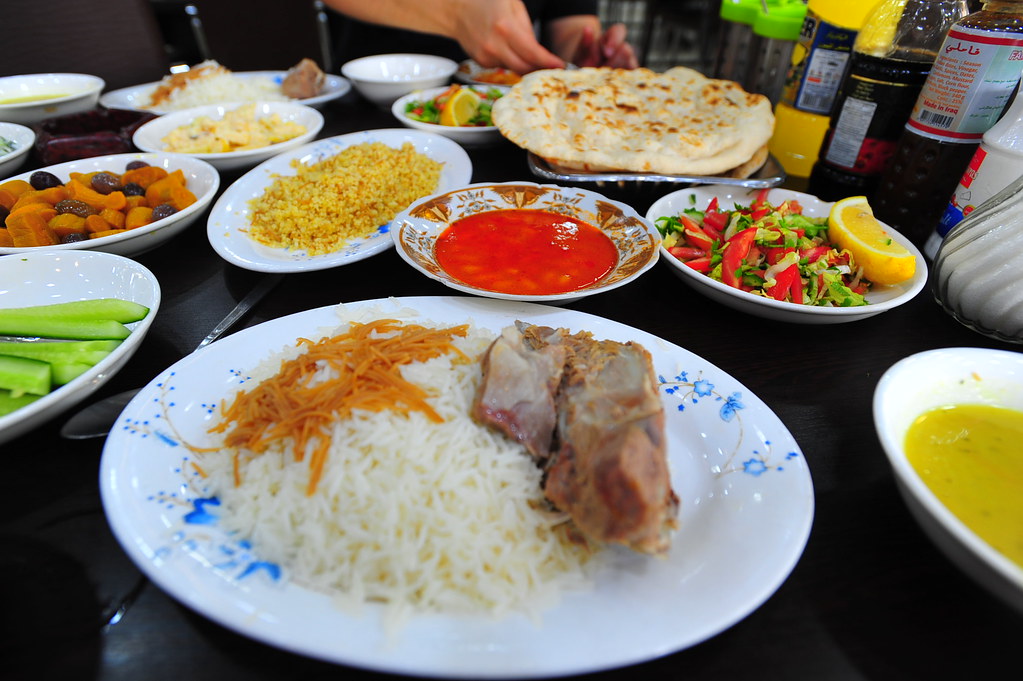