Finding The Battle Of Gaugamela

Driving from Mar Mattai/Saint Matthew’s Monastery and closer towards the besieged city of Mosul, we reached the fabled site of the Battle of Gaugamela. 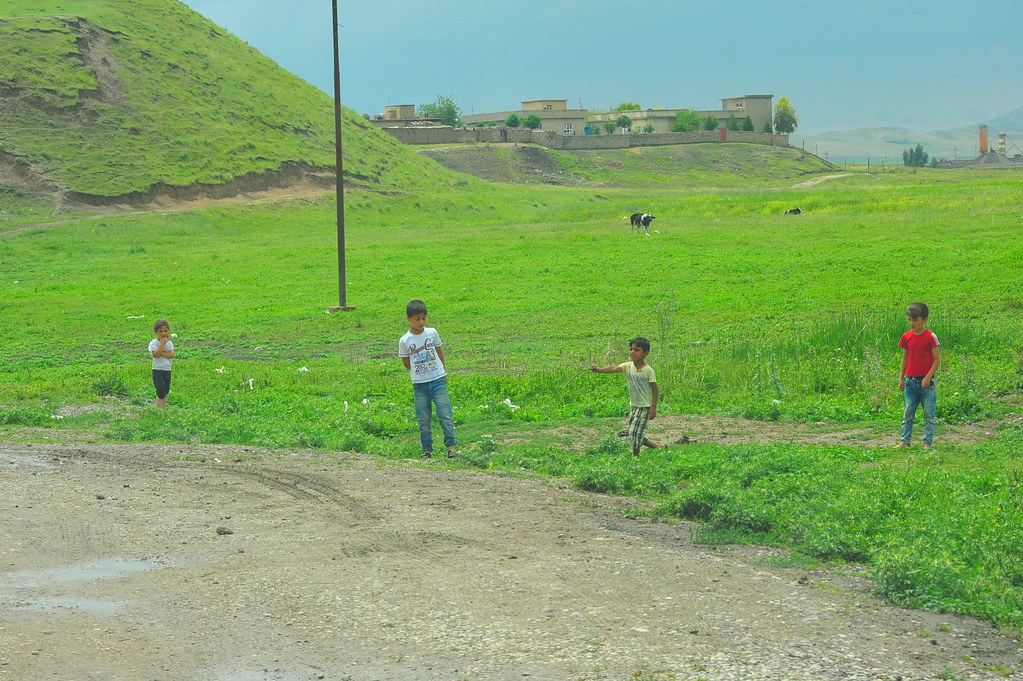 Also called the Battle of Arbela, here lies one of the greatest military victories in history and the decisive battle between Alexander the Great and Darius III’s Persian Achaemenid Empire. In 331 BC Alexander’s heavily outnumbered army (31,000 to Darius’ 1 million) emerged victorious due to his superior military tactics and brilliant deployment of light infantry. His victory at the Battle of Guagamela would thusly ensure the fall of the Achaemenid Empire.

Climb to the top of the mound here to get a sense of this immense battlefield that saw up to 90,000 casualties, where only a mere few hundred of them belonged to Alexander The Great’s forces. 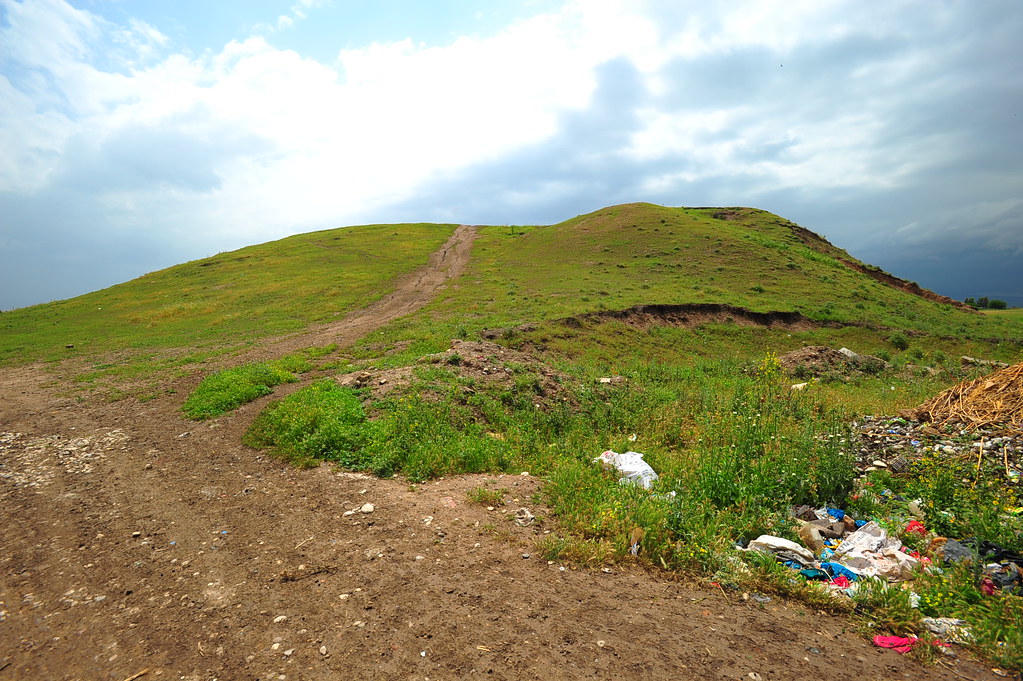 With Mosul only a few miles away, it appears that peace on these lands continues to remain elusive. 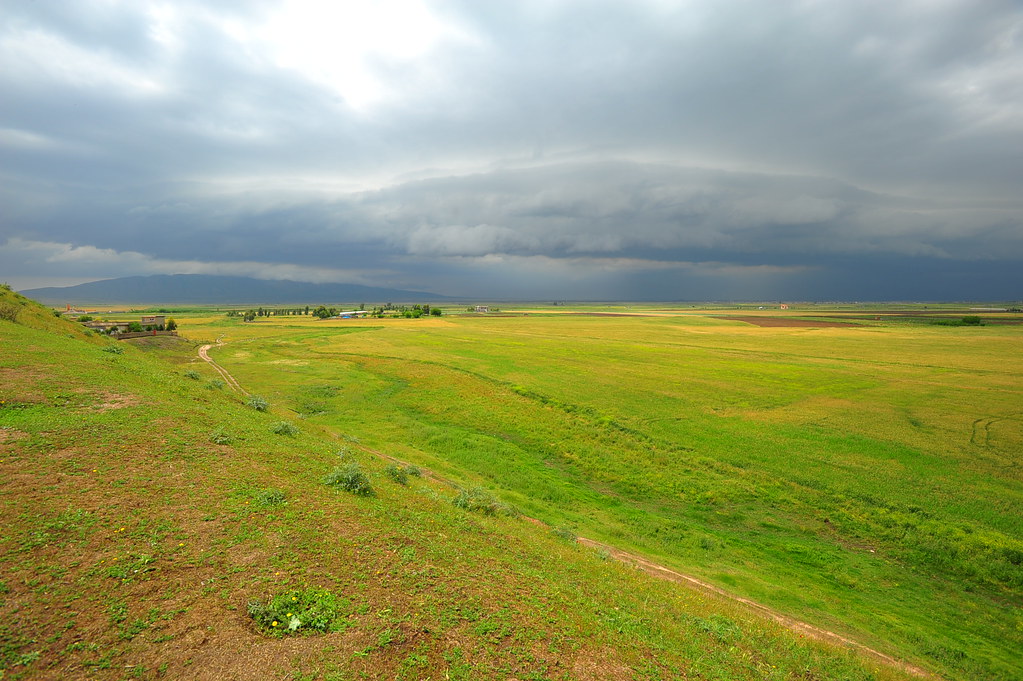 In 331 B.C. the Persian king Darius III picked this now peaceful place to face Alexander the Great of Macedonia once and for all. The ensuing fight, the Battle of Gaugamela, saw Darius’s far greater force suffer such horrific losses that soon the Macedon kingdom would stretch from Greece to Pakistan. The battle counts as one of the most important military victories of all time, Mr. Schute said.

“Can you feel it?” he asked, as he imagined the war elephants, the scythed chariots and the tens of thousands of soldiers lining up to hack each other to bits. “I get here and I can feel it.”

Having an impending thunderstorm blowing in your face as you’re witnessing this and hearing the story kinda helps you “feel it.” 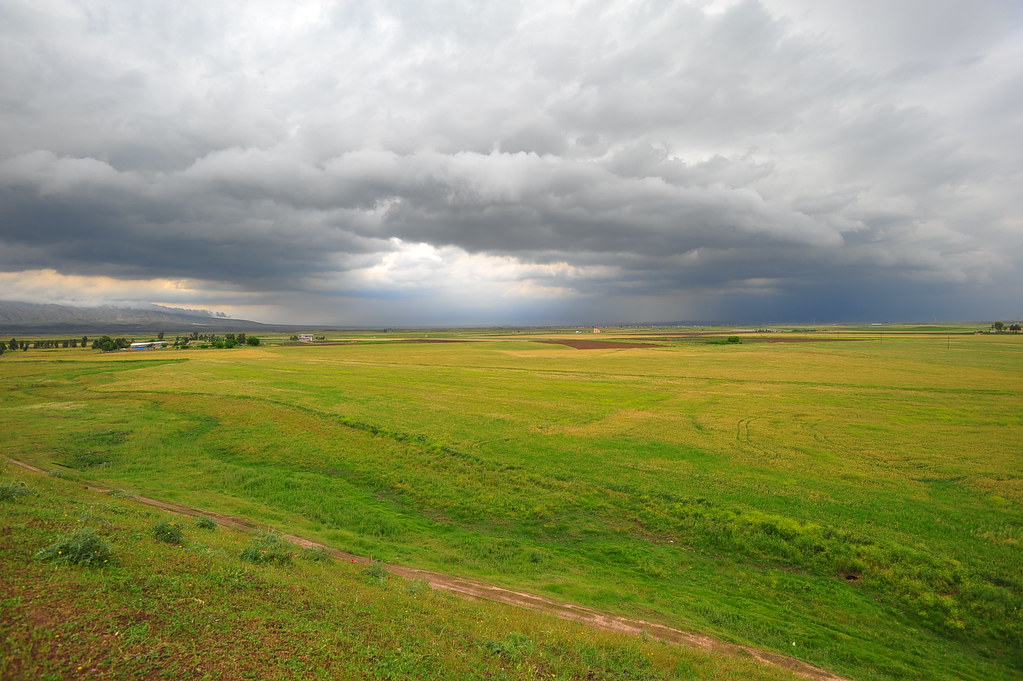 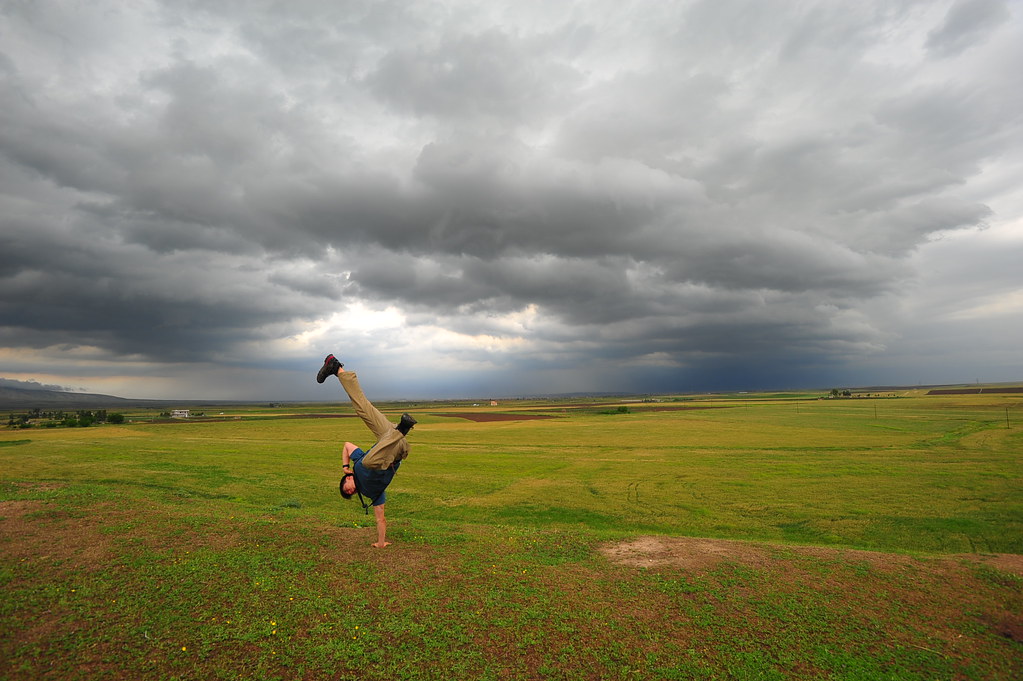 As we were taking this in, the gales of winds began to overwhelm us as storms approached in our direction. We quickly got back into our car and drove up north towards Lalish.