Darvaza/Derweze: The Gates Of Hell

After taking a naked dip and lunch at Kow Ata, we headed into the desert to visit the infamous gas crater of Darvaza/Derweze, arguably the country’s most famous tourist attraction.

Approaching the gas craters, we first stopped by a desolate village to grab some supplies and drinks for the overnight stay: 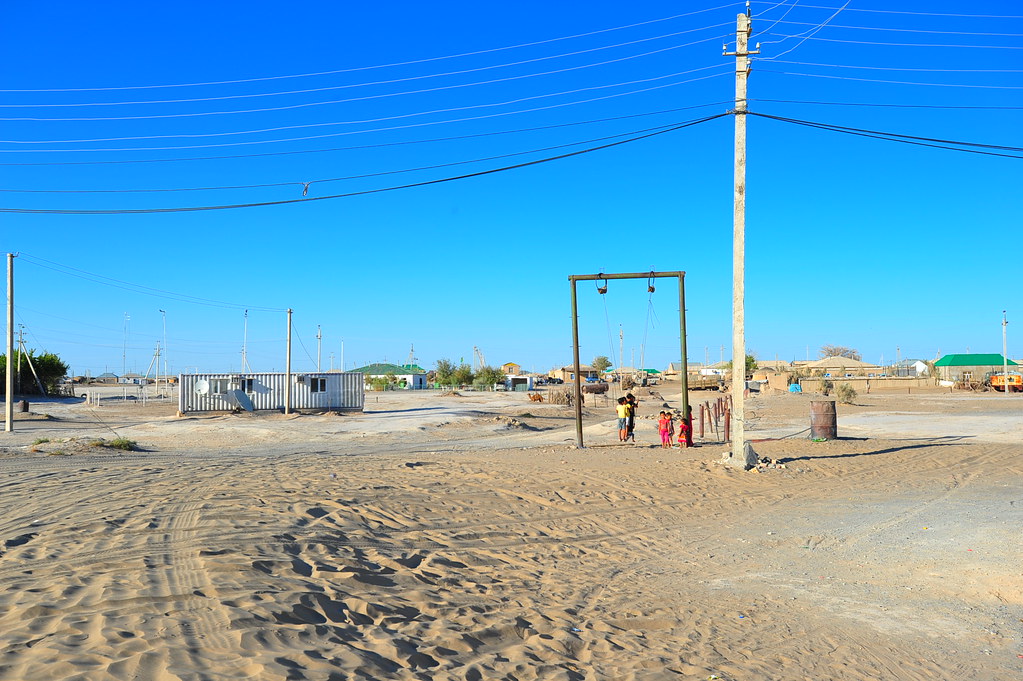 The gas crater was accidentally formed in 1971 during the Soviet construction of a gas pipeline. After Soviet geologists tapped into a cavern filled with natural gas, the ground beneath the drilling rig collapsed, creating this 70m wide gas crater.

After odorless gas fumes from the crater led to the asphyxiation and deaths of 2 shepherds who camped out nearby, the Soviets decided to set the entire thing on fire, thus giving its look as “The Gates Of Hell.”

Geologists had hoped the fire would burn up all the fuel in a matter of days, but the gas is still burning more than 40 years later today. 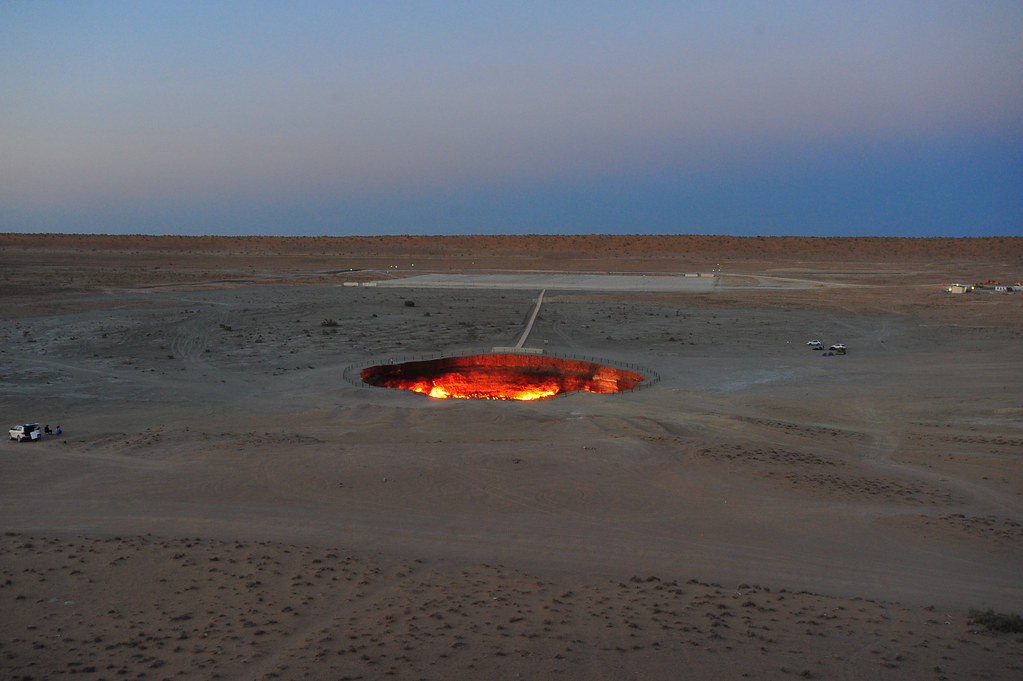 Given that there are billions of gallons of natural gas in the area, it is believed that the crater will burn for at least another couple of centuries before any thought of this natural phenomenon will go away.

Although the president of Turkmenistan had once made 2 efforts to close the gas crater, it seems that the country has made an about-face; the gas crater has now been prominently featured it as the front page of an international tourism marketing push. 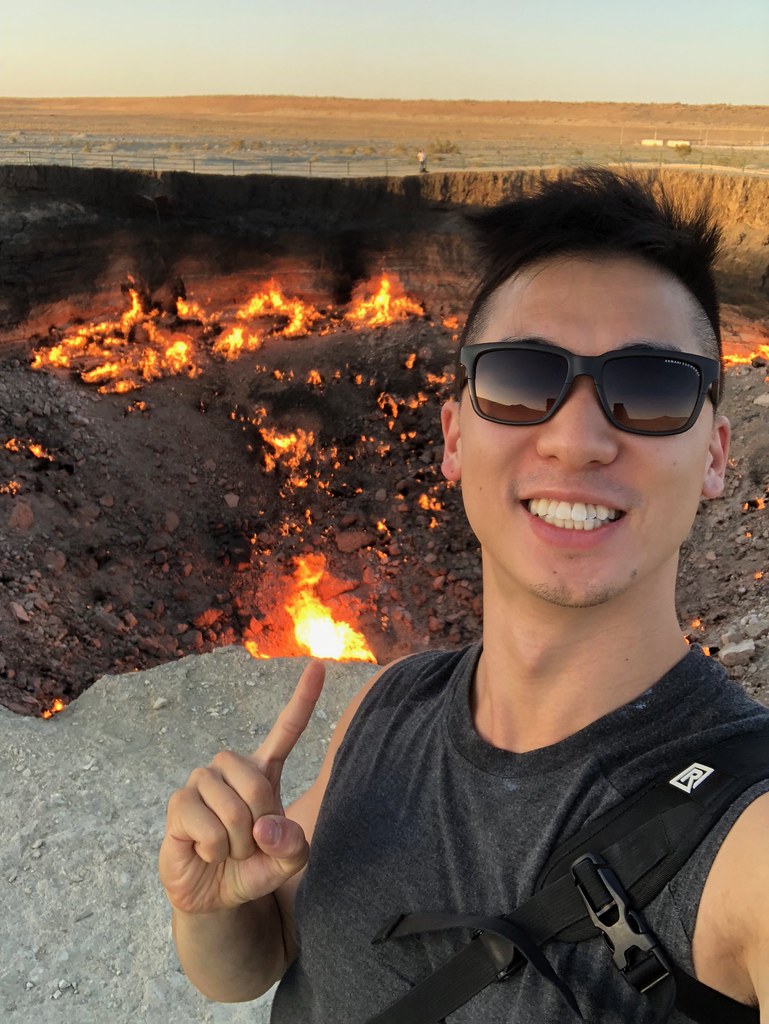 Linger here as the sun begins to set and just take it all in. 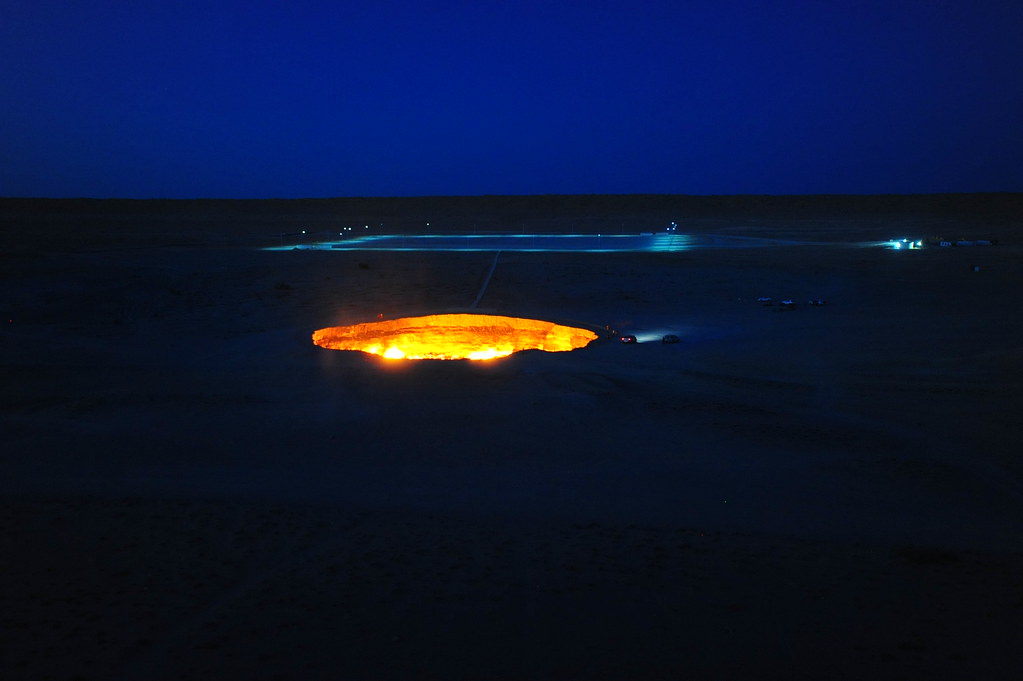 It gets better later at night when you see the glow from afar. 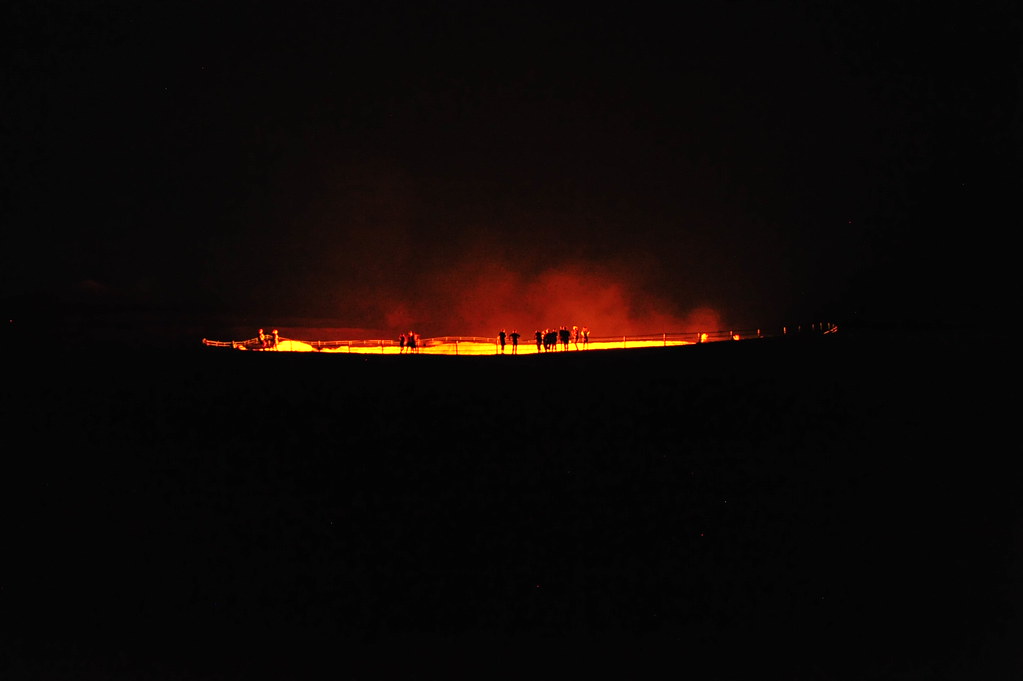 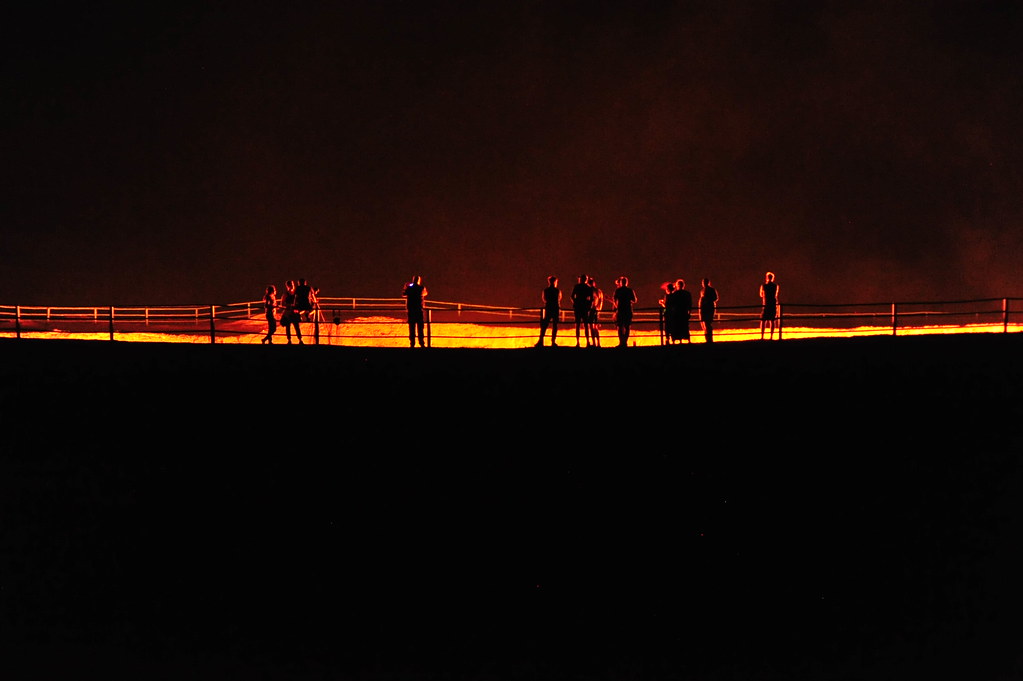 And if you’re feeling a little cold, move a little closer so the heat from the craters can keep you warm throughout the night: 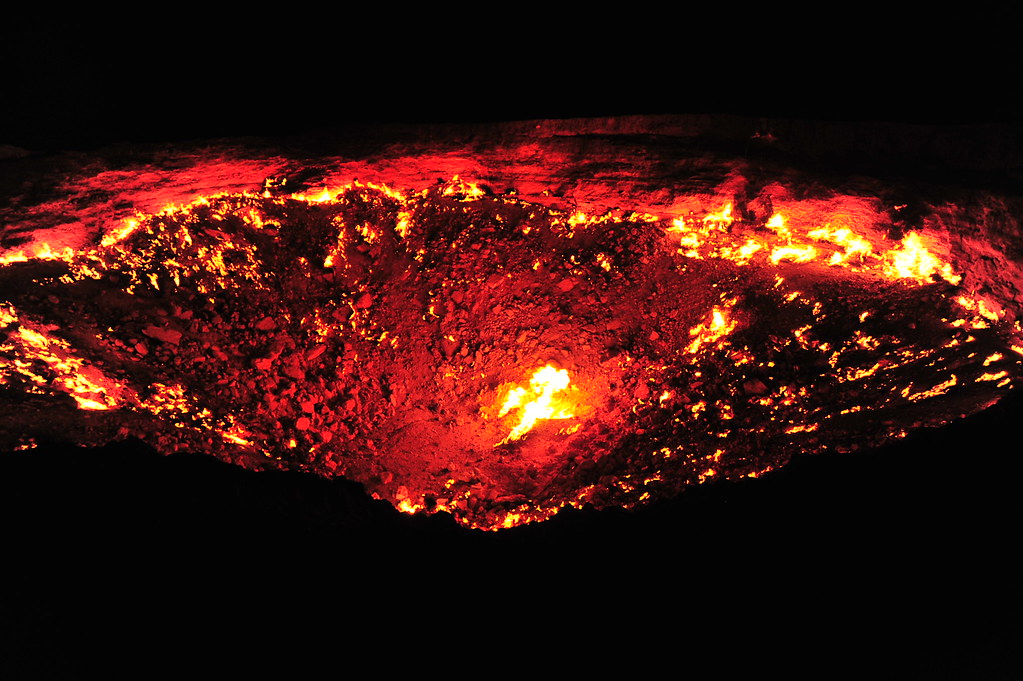 We had a DIY dinner where we prepared and cooked some shashliks by open fire. 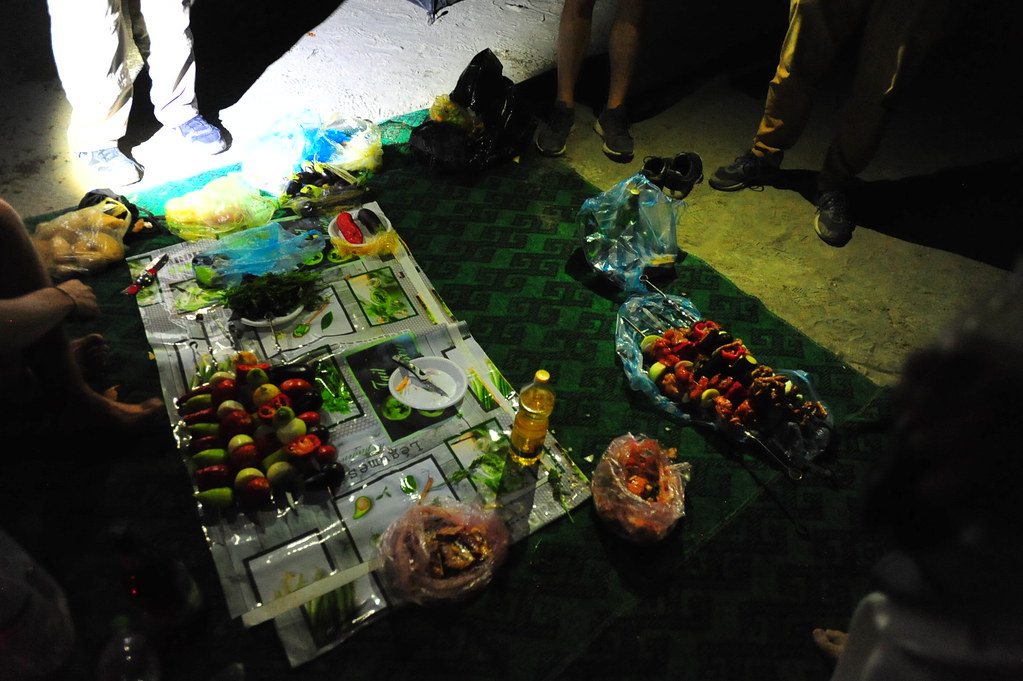 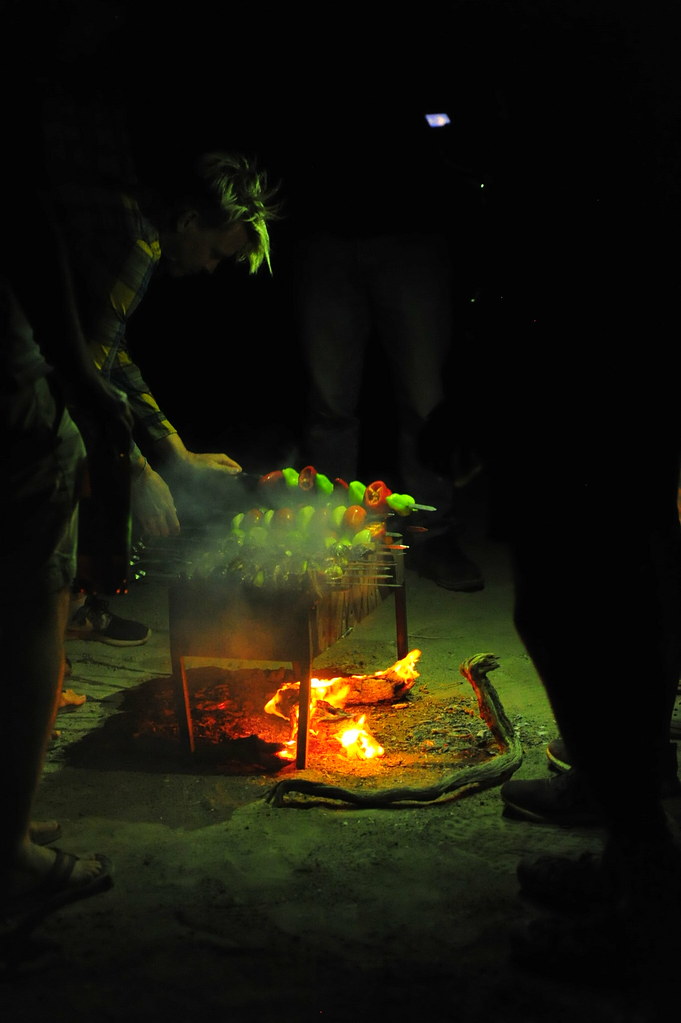 And if you can camp out here overnight like we did, you can say that you survived a night at the gates of hell. Har har.

After a few hours of sleep we woke up at 7am for a quick and perfunctory breakfast: 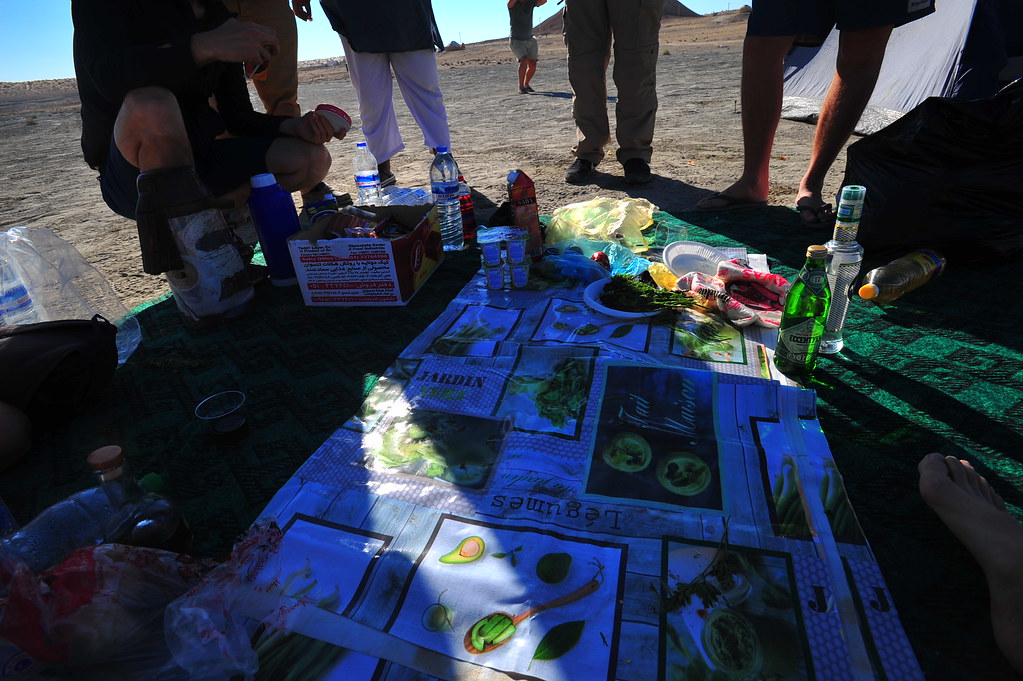 Then we took one last look at the craters in the morning light: 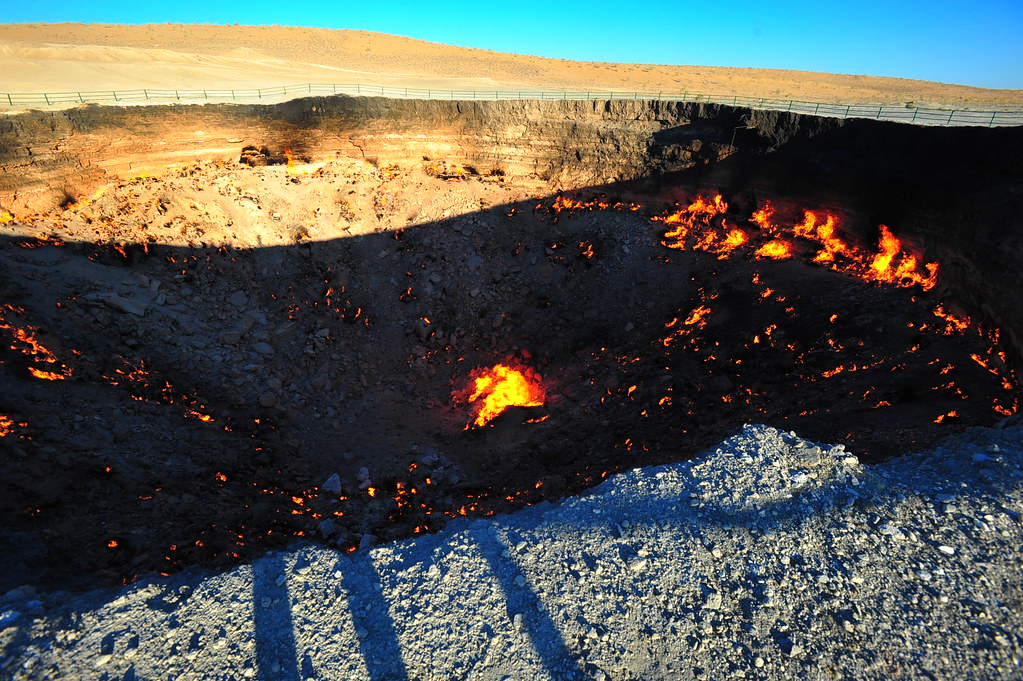 …before heading back to Ashgabat.

If you’re keen on geological oddities, there are 2 other but less impressive gas craters in the vicinity: 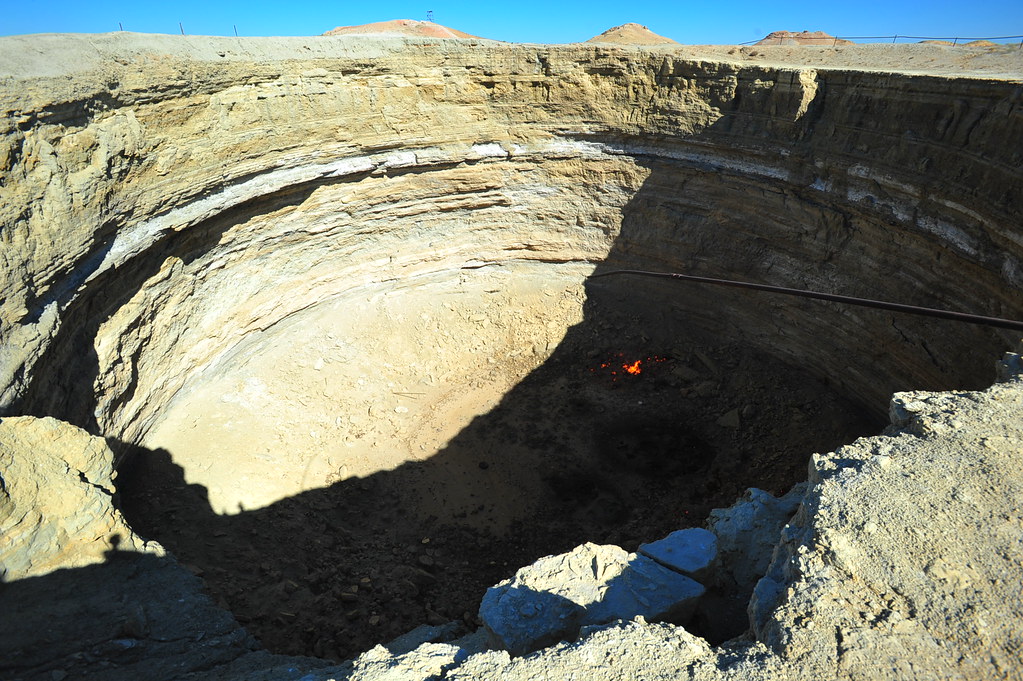 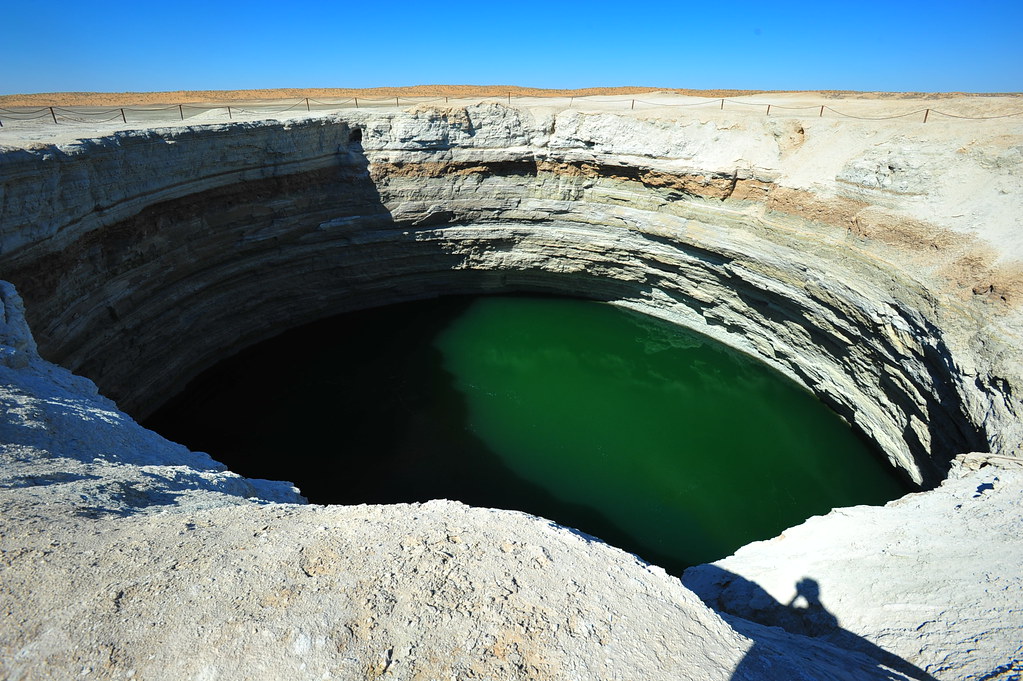