After camping out overnight at Darvaza, we returned to Ashgabat in the afternoon for a few hours at ultra-hipster and swanky Berkarar Shopping Center.

Presenting itself as such a stark contrast to the rest of the country, Berkara holds itself up to international standards with world class food courts, high-end fashion, and grocery supermarkets. This is where we recharged after a night out in the desert. 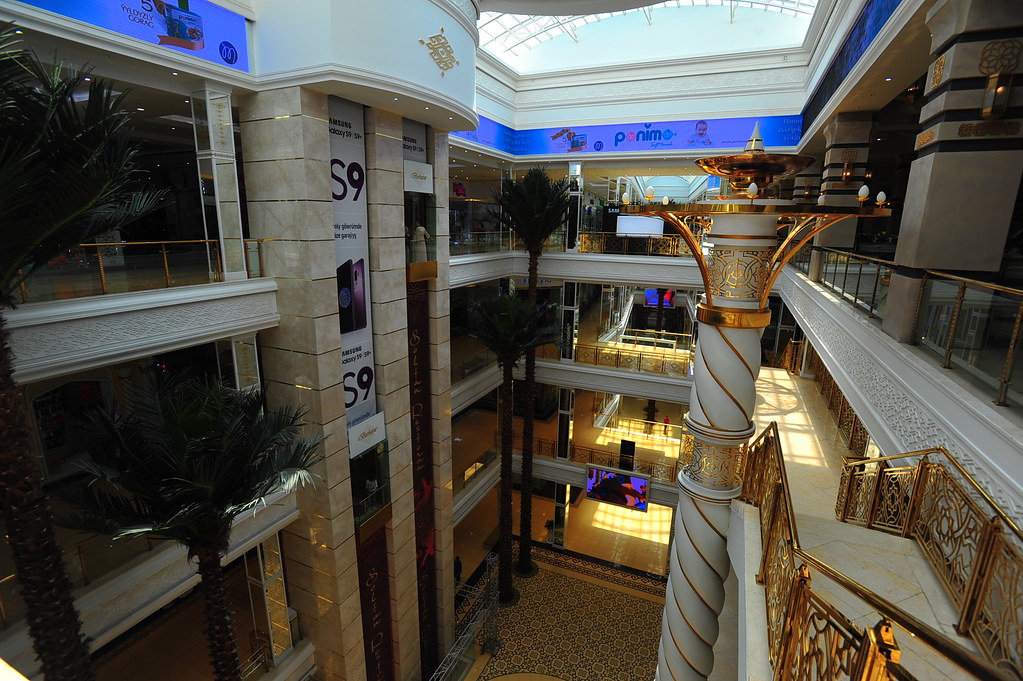 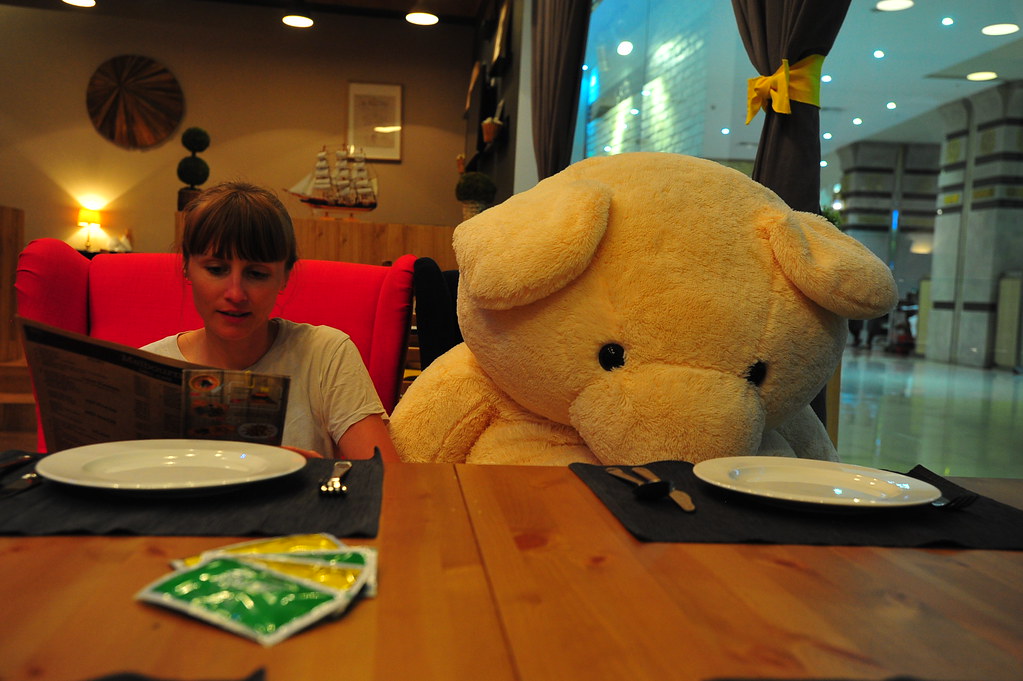 We then headed out at 6pm to the Ashgabat Train Station. 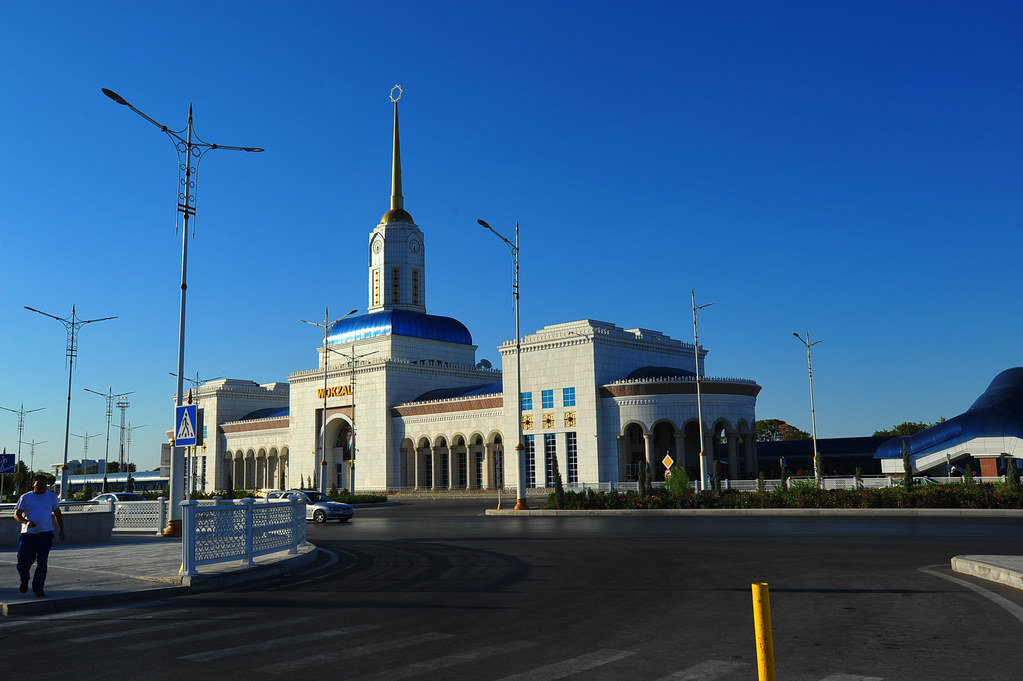 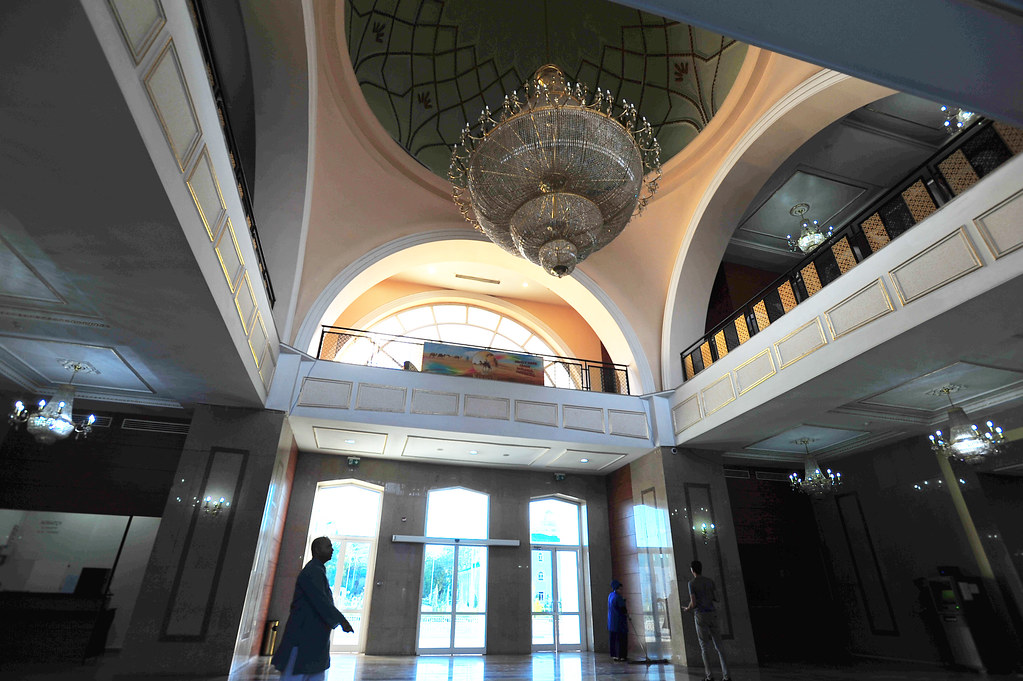 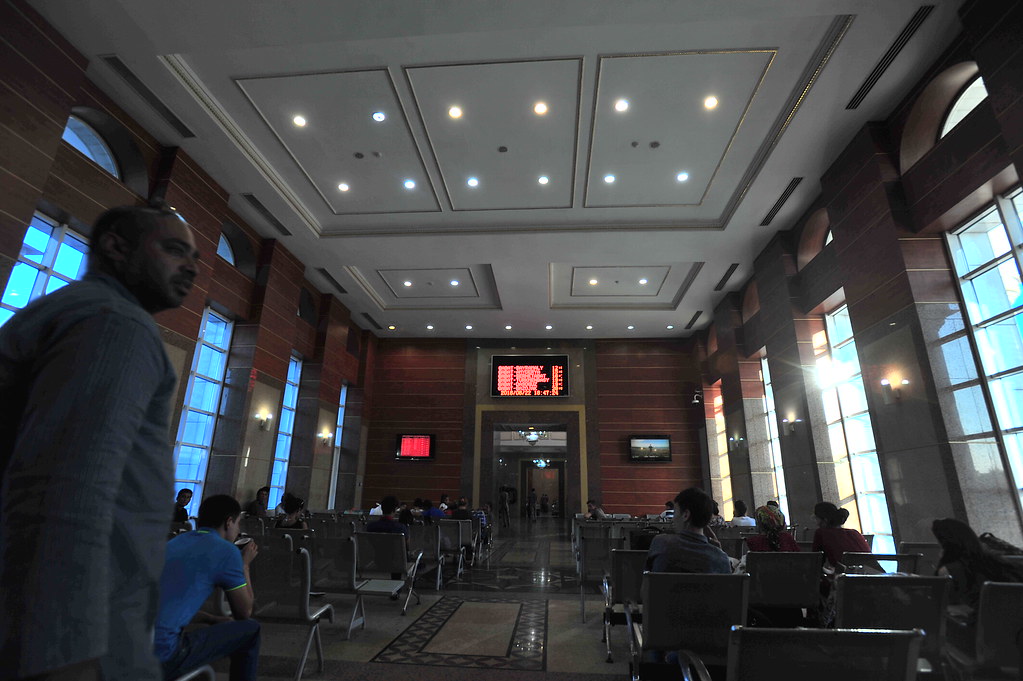 Everyone on the platform was curious to our presence: 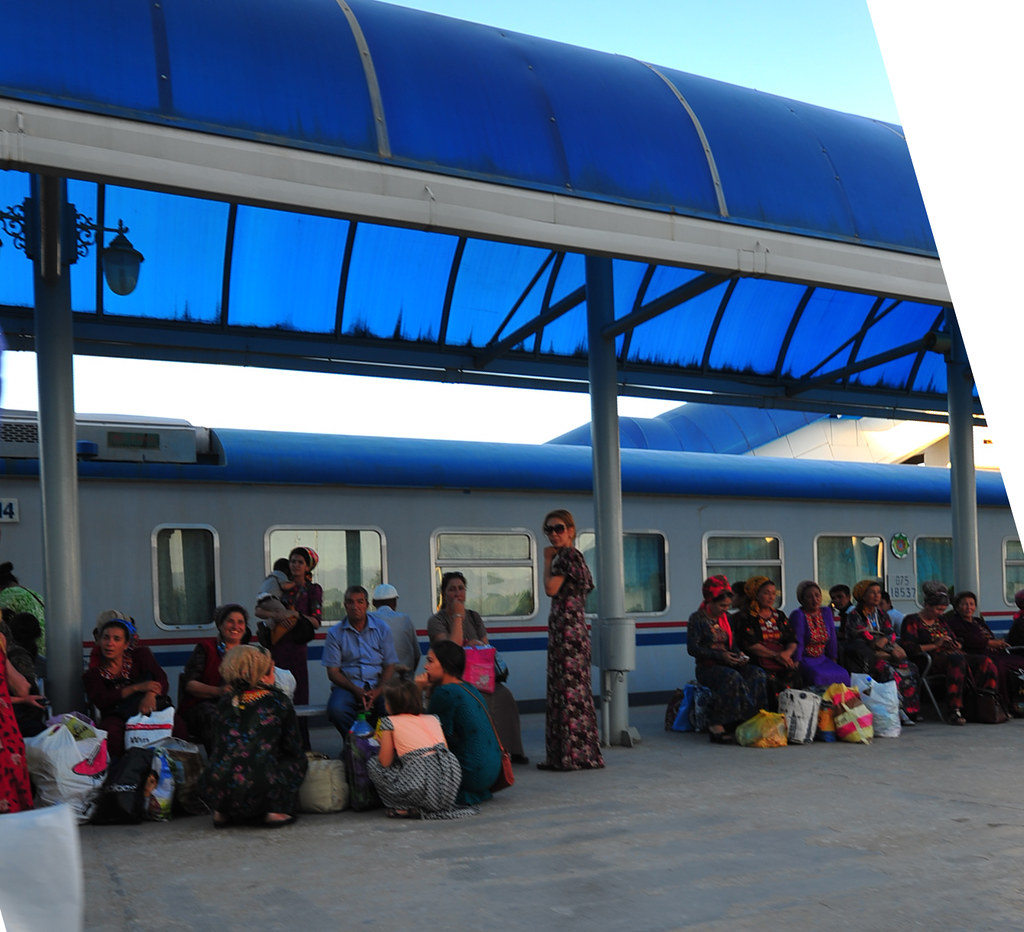 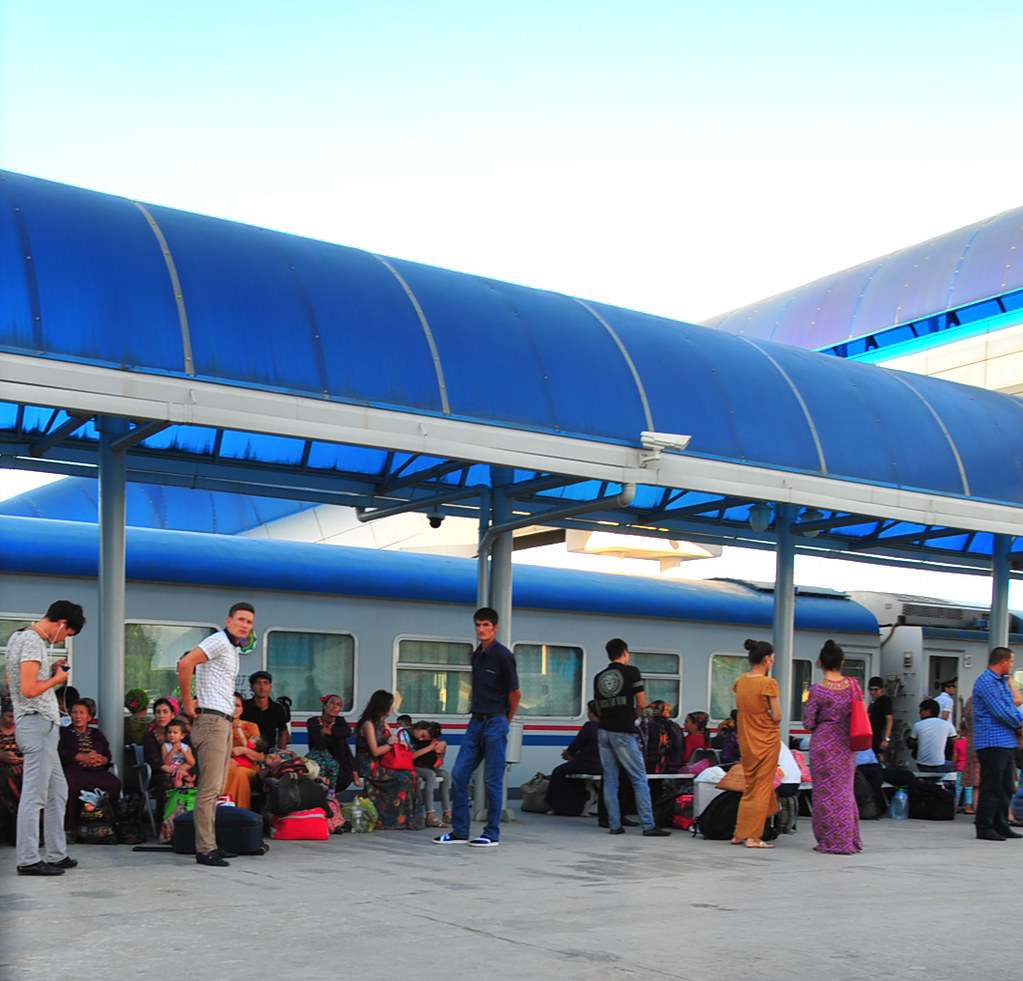 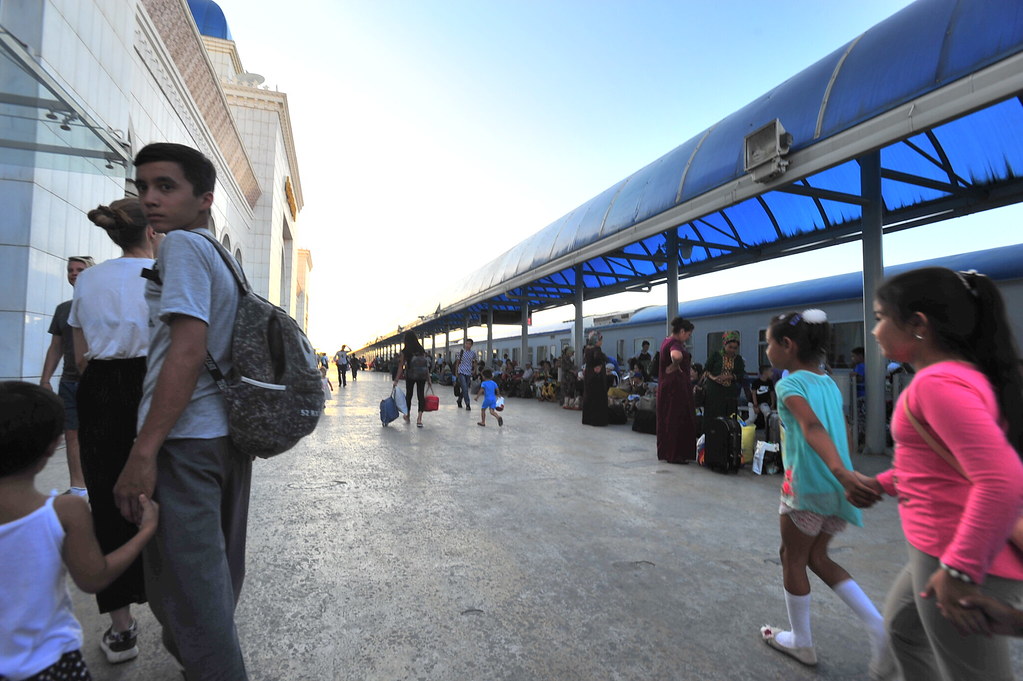 Boarding an overnight 7pm train to Balkanabat, we hung out for a few hours chatting before settling in by 9pm. 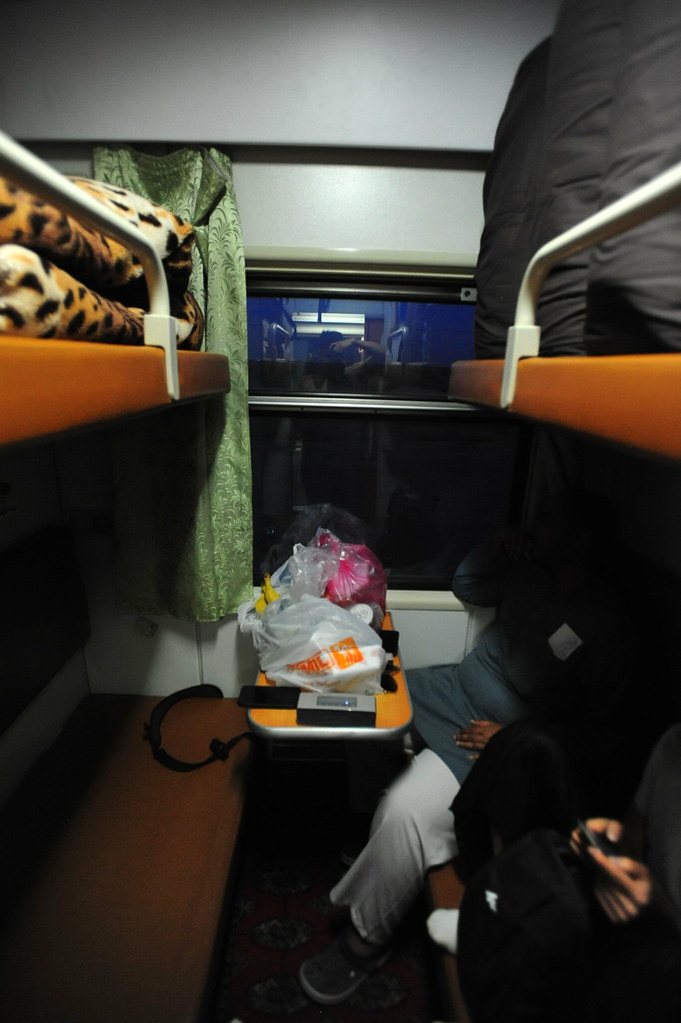 We arrived the next morning at Balkanabat train station by 5am: 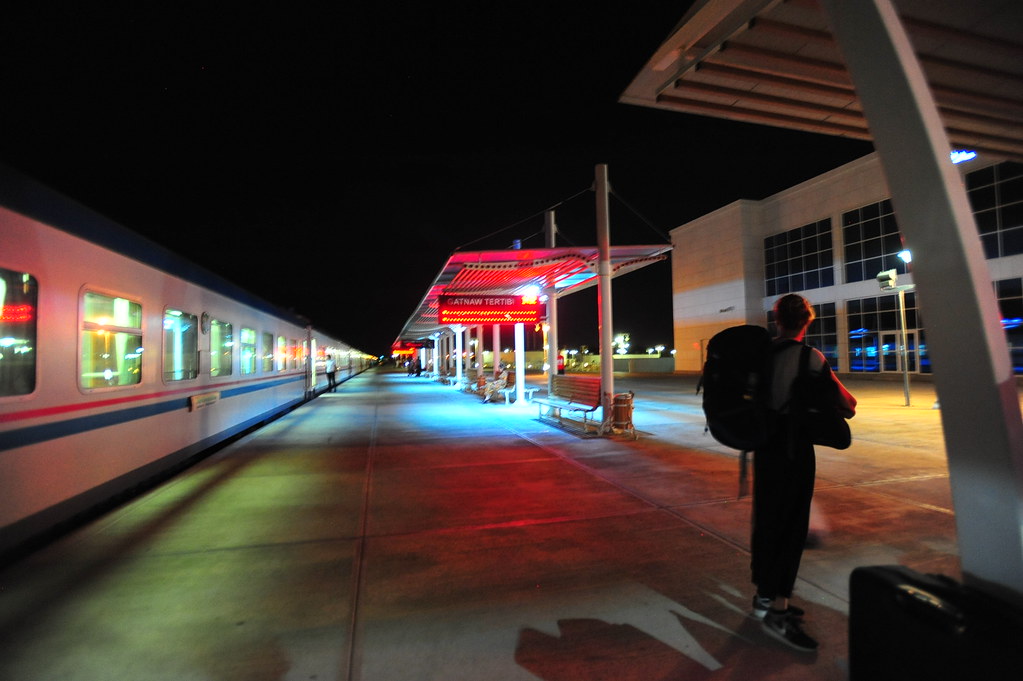 We were picked up by 4 cars, after which we made a long, bumpy 3 hour drive to Yangykala Canyon. Here layers of pink, red and yellow rock splash across the sides of steep canyon walls; Yangykala is one of the most spectacular natural attractions in Turkmenistan.

Given its solitary isolation in the desert, few Turkmen are even aware of its existence. 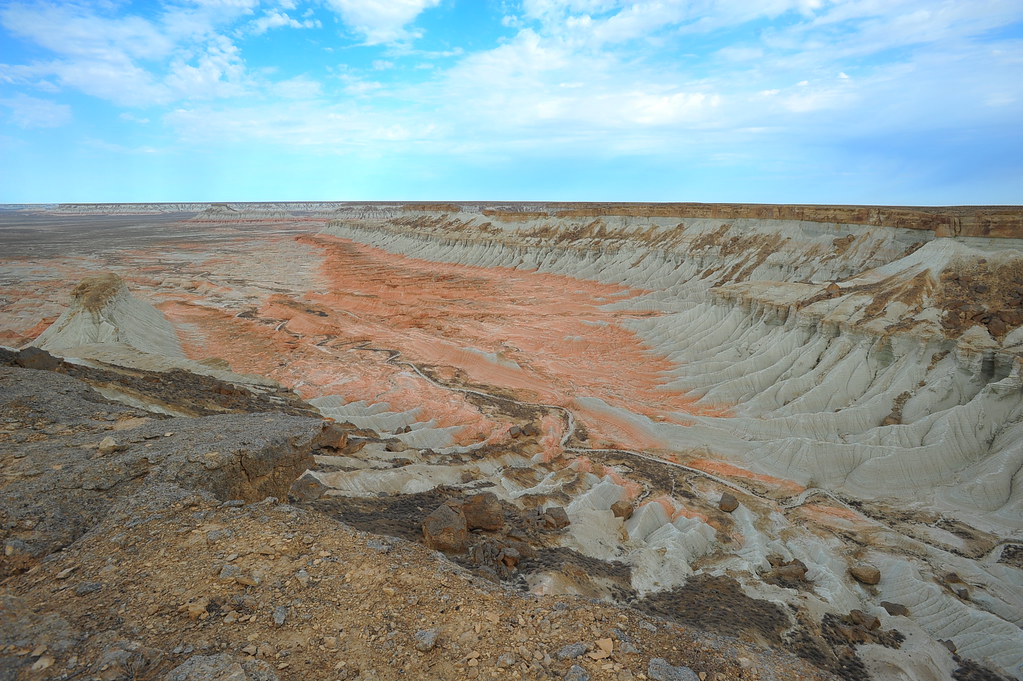 Get a shot of yourself doing your best balancing act at “The Crocodile” – if you dare! 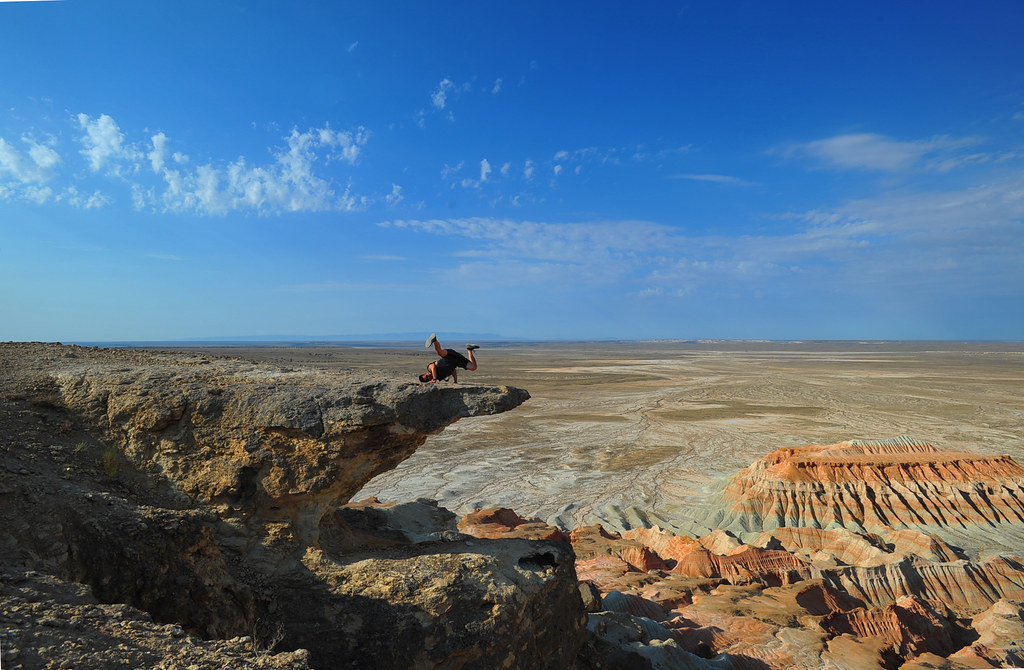 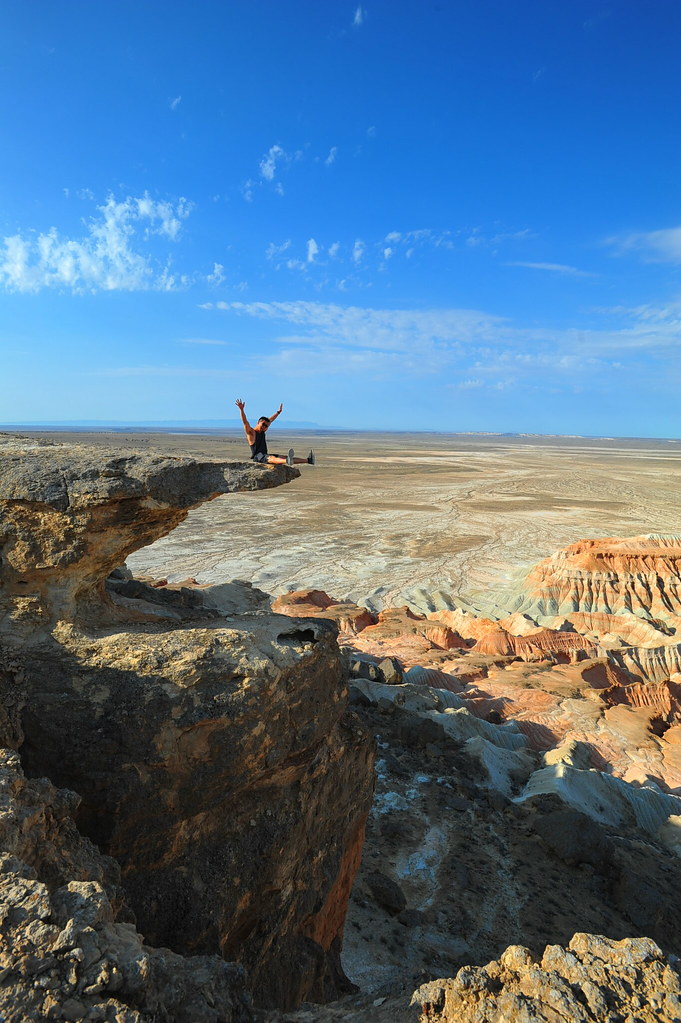 Climb down to the 2nd level for an extra layer of danger: 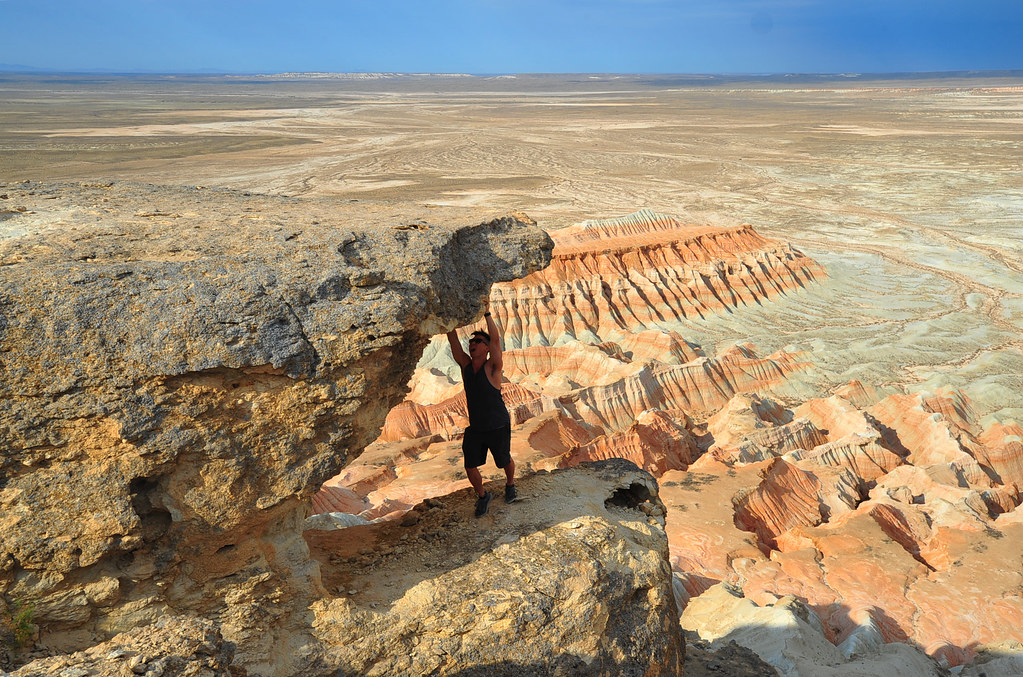 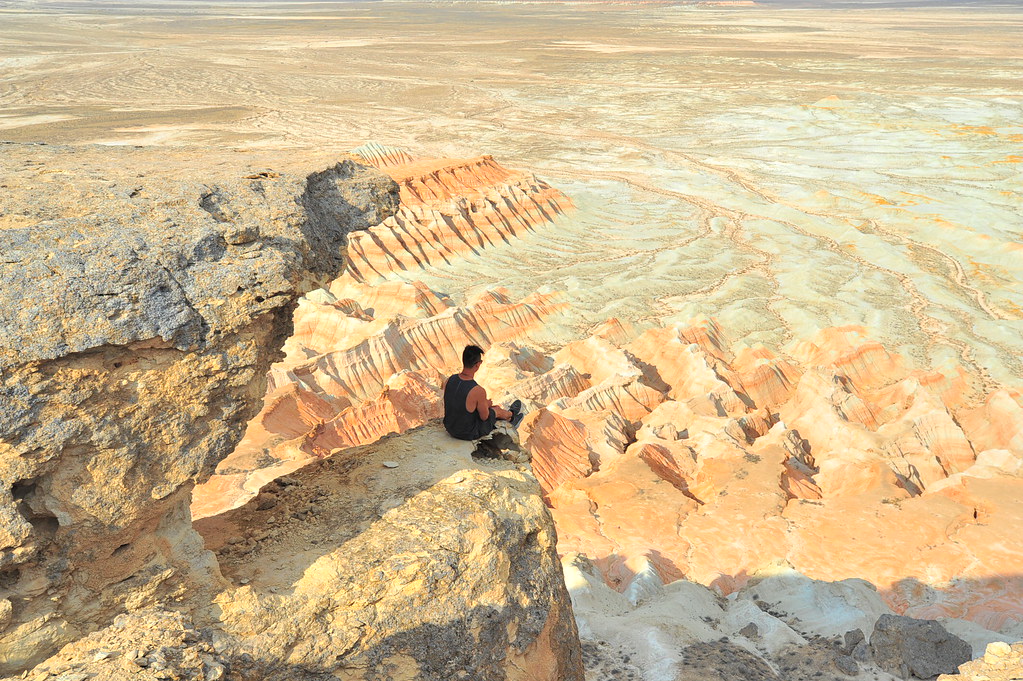 After about an hour driving around and taking photos, we headed onwards to Türkmenbaşy.

Don’t forget to stop by to admire some random desolate bus stops from the days of the USSR along the way: 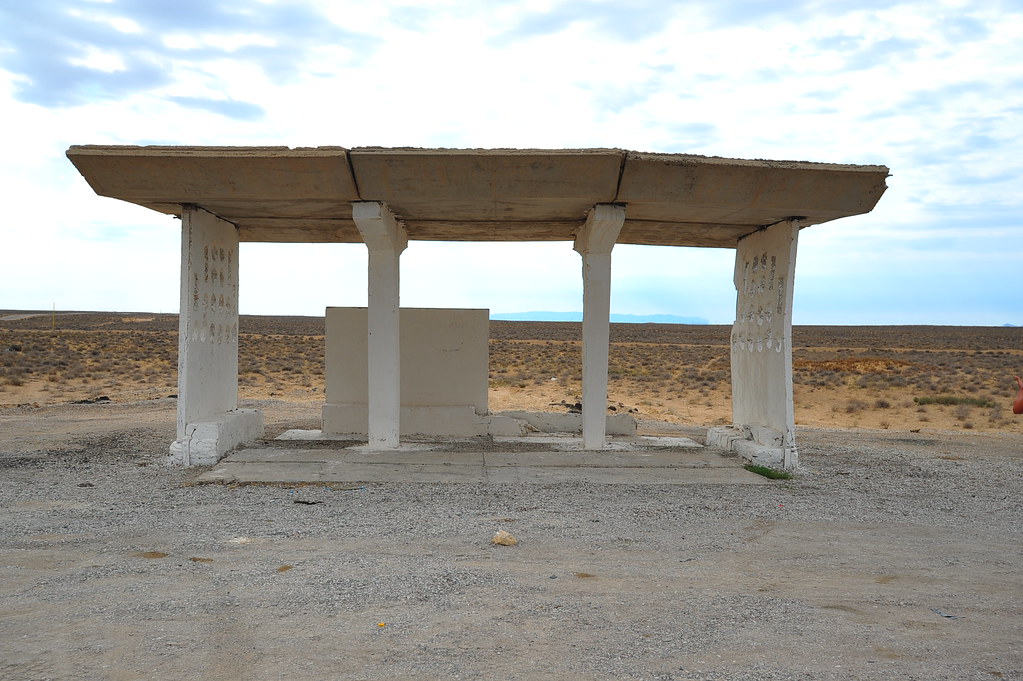