After a morning driving through the splendor of Yangykala Canyon, we arrived at the city of Türkmenbaşy, named after Turkmenistan’s first president. 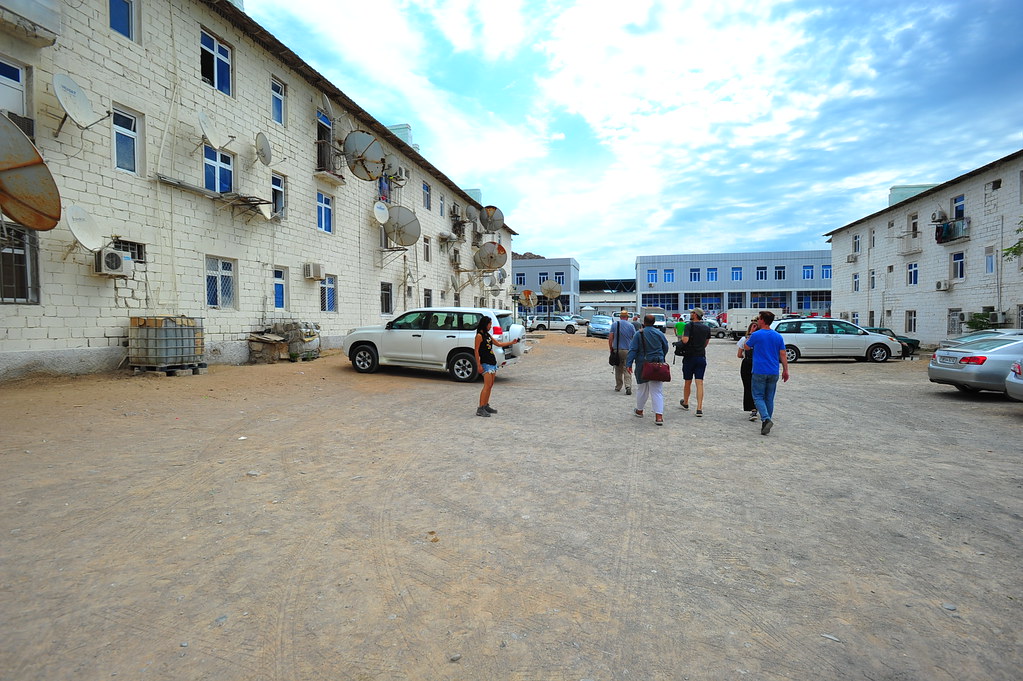 Satellite dishes are banned in Turkmenistan due to its potential for receiving feeds from outside countries, but some places are doing well fighting back: 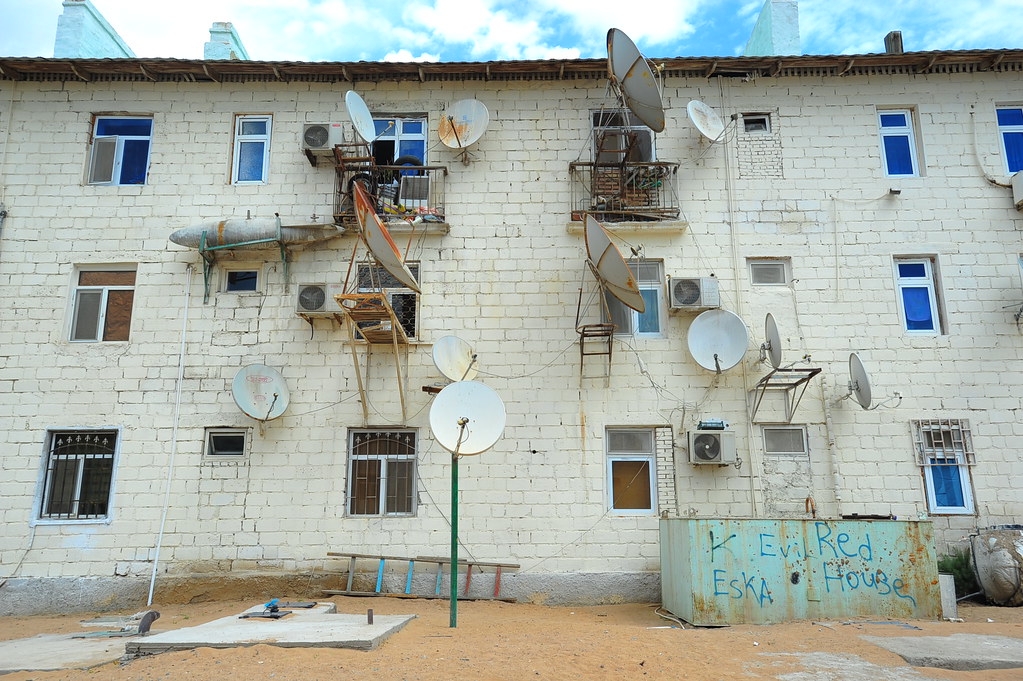 We grabbed lunch at the local bazaar and meandered around for an hour. 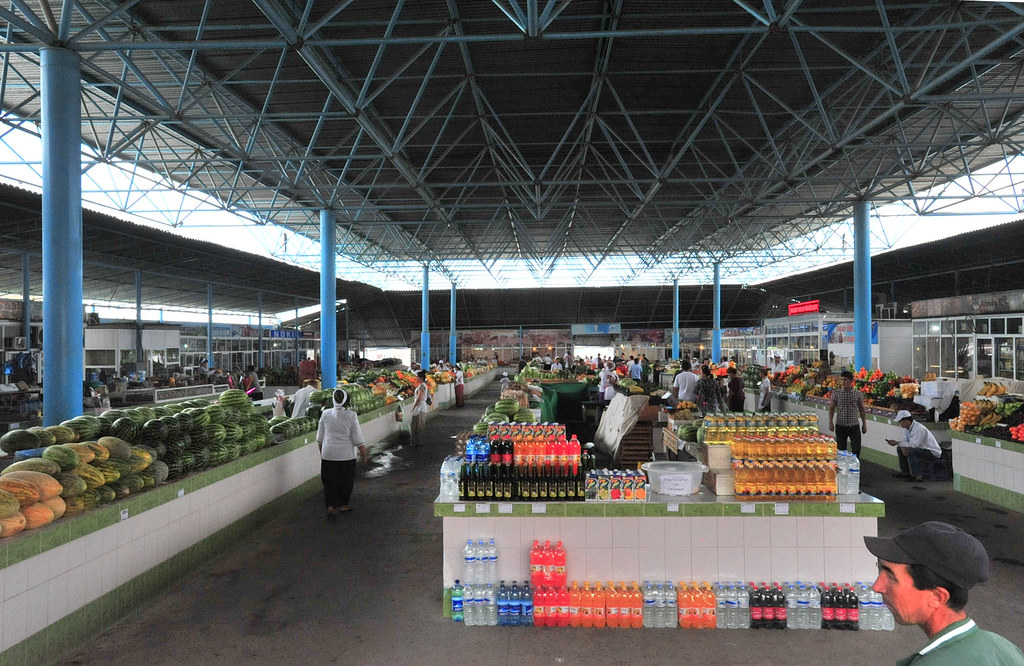 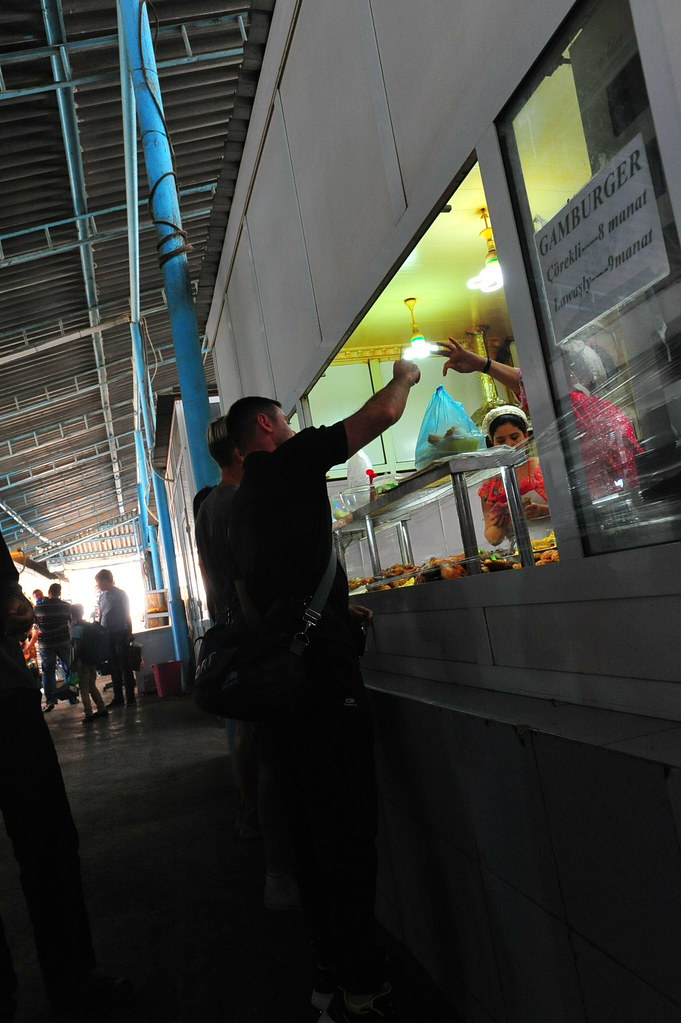 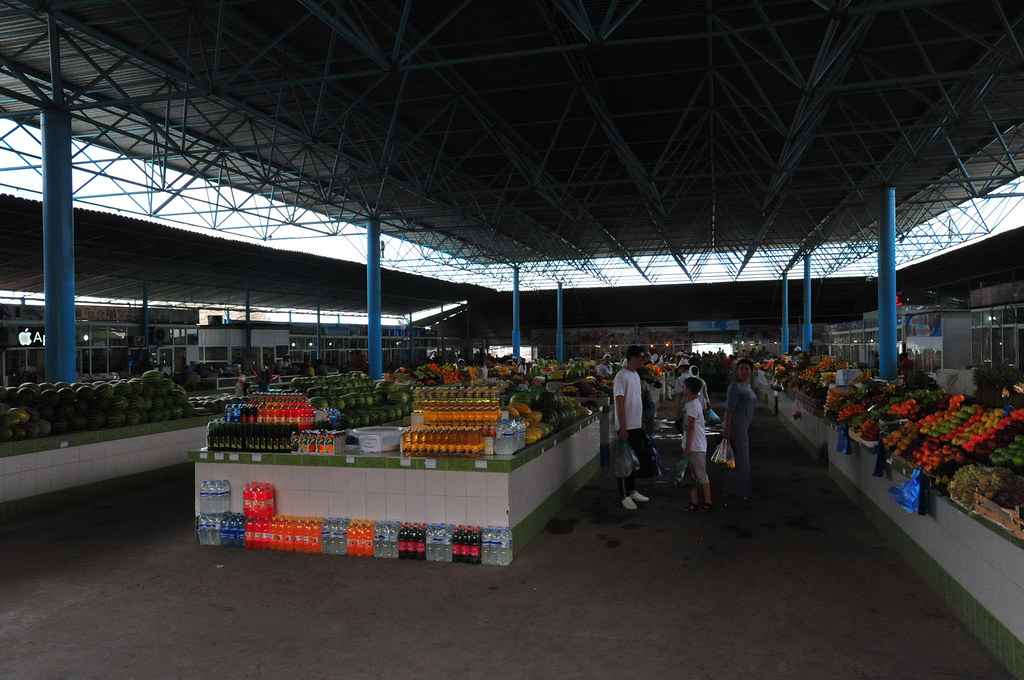 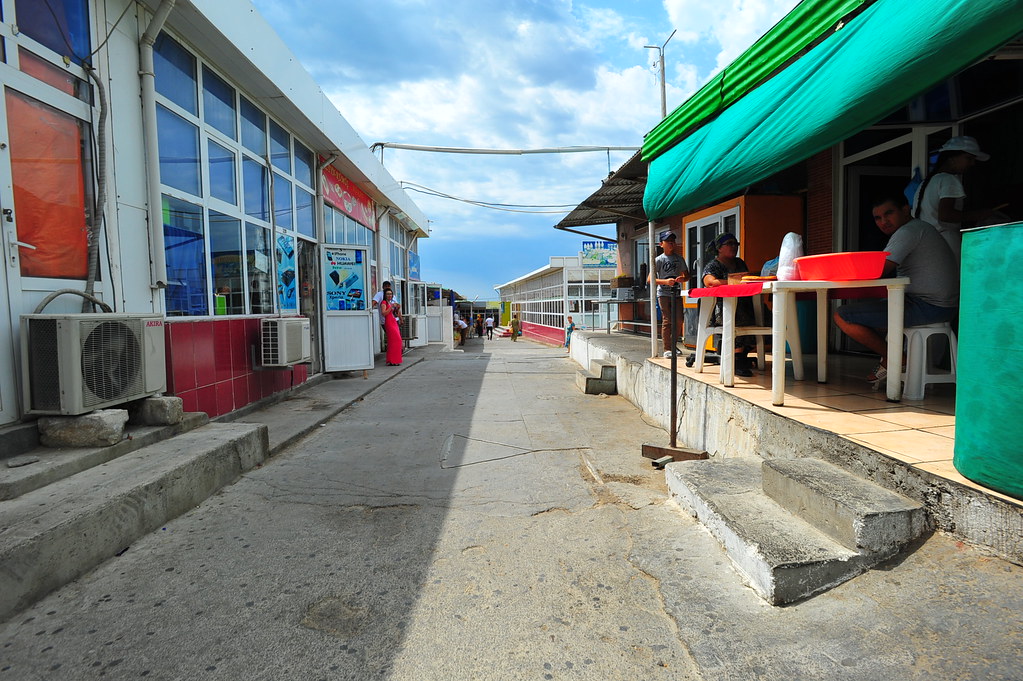 After that we dropped ourselves off at the parking lot leading to Awaza, a zone “dedicated to tourism” in Turkmenistan.

Located at the east side of the Caspian Sea, 12 km west of Turkmenbashi city, the existence and aspiration to be the next Dubai was soon criticized by the British Daily Telegraph as “ill-conceived.” And you could see why. 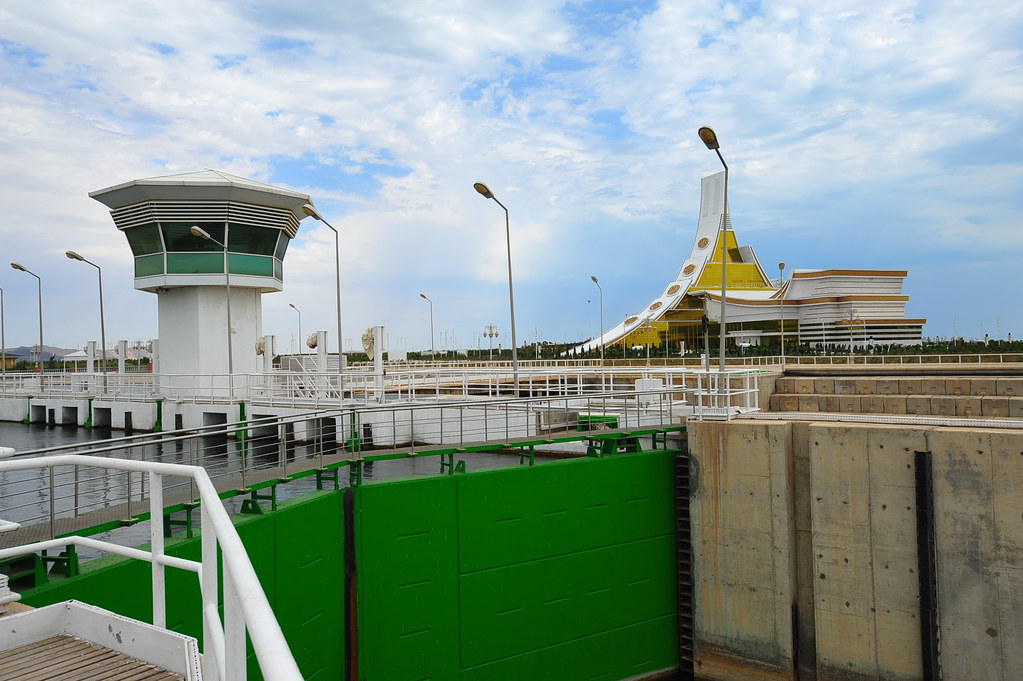 To this day since its inception, it remains to be a total ghost town. We found this out the hard way when we waited for nearly half an hour under the sun for a bus that no longer existed (our cars did not have these “special permits” to enter Awaza), moved back and forth by government officials who had no idea how to get inside the resort.

We then took over a random bus at the last minute, only to be dropped off at a few sites to take photos before we camped out at the resort’s only restaurant for 3 hours as the rest of the resort suddenly became on “lockdown” soon after we arrived. 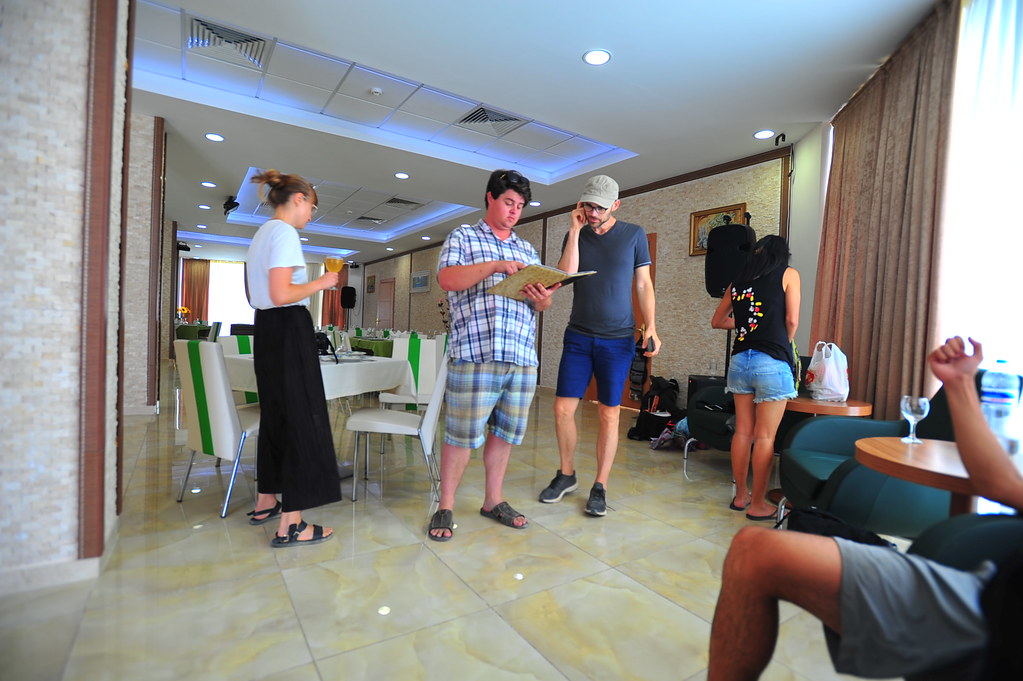 We were initially worried that we wouldn’t make our evening flight back to Ashgabat as being on “lockdown” meant we couldn’t get out and nobody could get in, but then we were informed it would be lifted for another hour as we finished our early 6pm dinner. 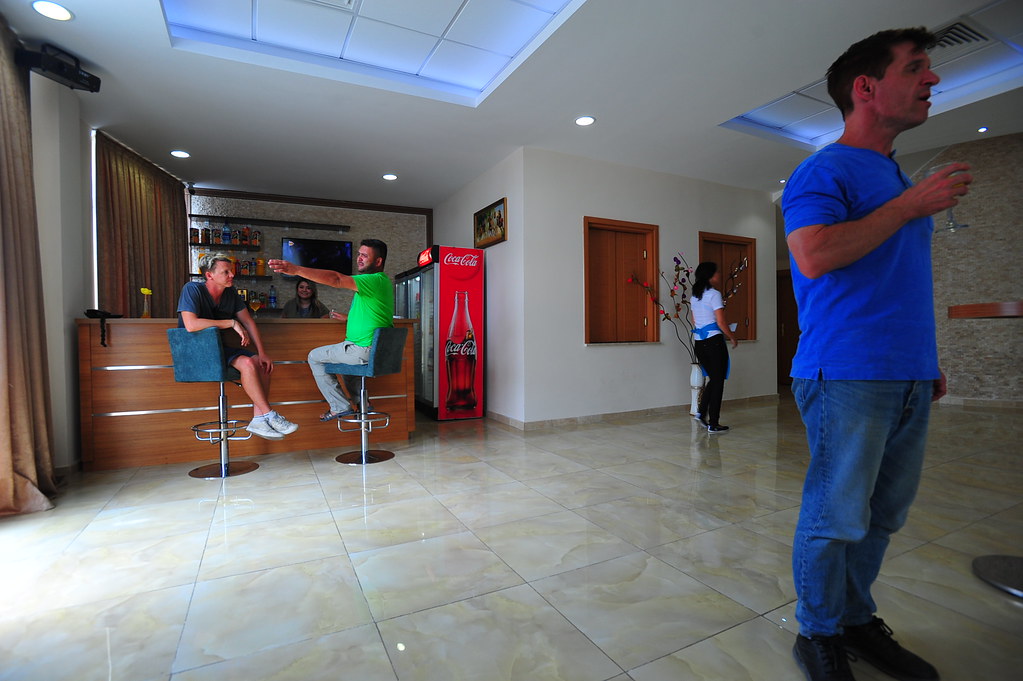 We rushed out of Awaza via random taxis to get into Türkmenbaşy, after which we had to get into random locals’ cars to get to the airport as you also need special permits to get inside the airport complex. Hm. 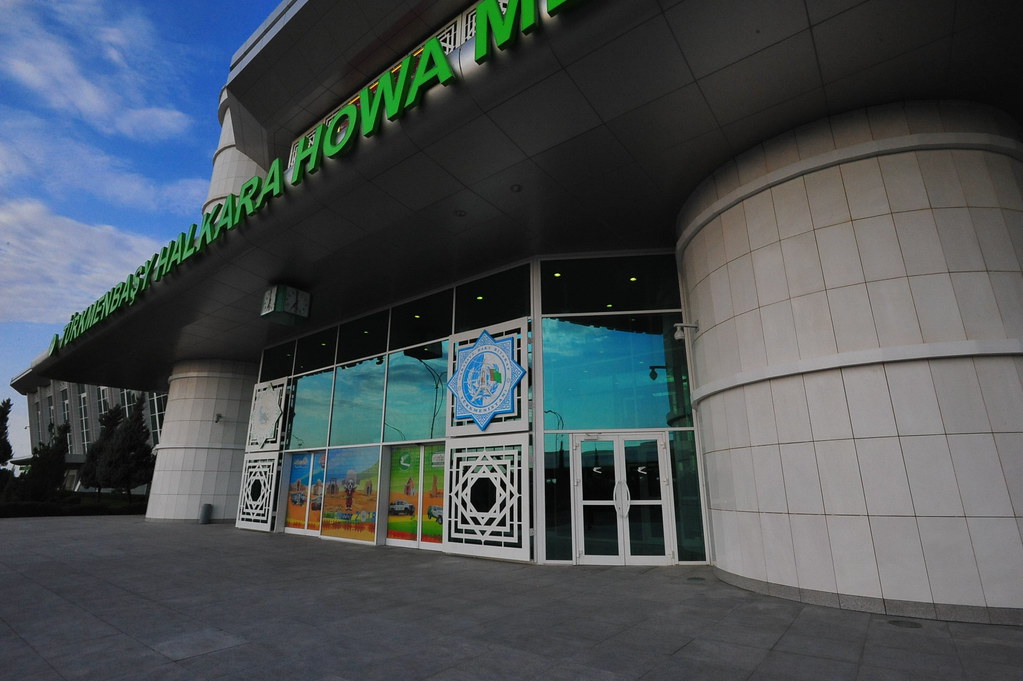 We then arrived at the airport 3 hours early as our 9pm flight would be delayed by another 1-2 hours. 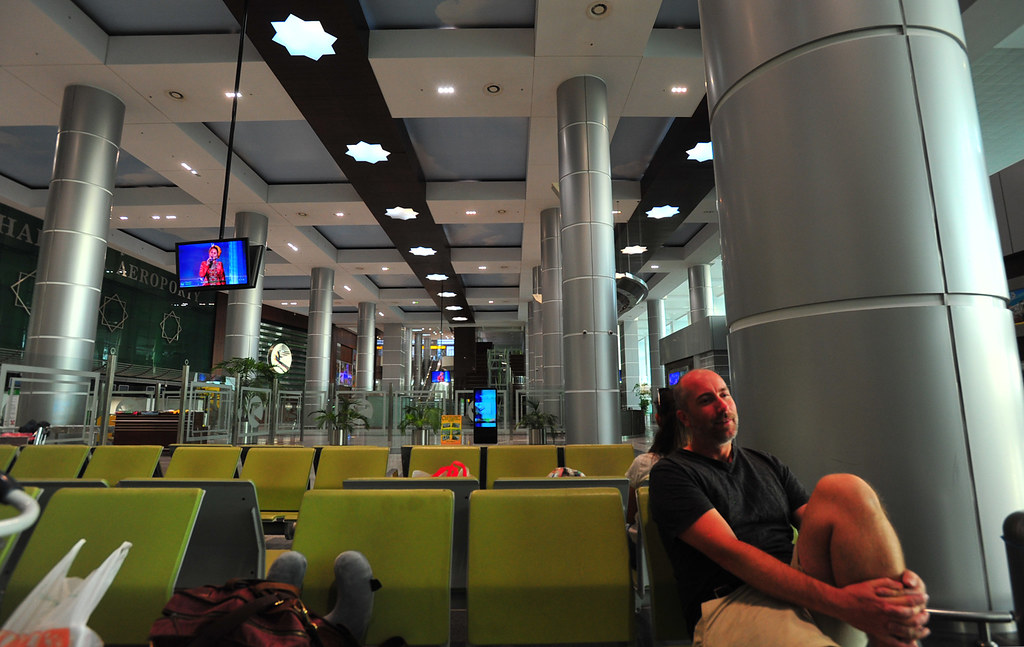 But the drama soon ended as we boarded our 10:30pm flight and returned to Ashgabat by 11:30pm. By midnight I said my goodbyes to the rest of the group and turned in for a 4:30am wakeup call for a 6am flight the next morning to Mary.