Like many of my trips before, a day in Barbados wasn’t really planned to happen. But things that happen are meant to happen right? I dare say this one was from the old habit of having 2 consecutive days off and wondering: Where’s the next place I can go next?

Well, after considering my options with Barbados being one of them (especially with the flights costing about $300 round trip), I pondered that with the weather warming up back home in NYC I could save such a warm destination for winter weekend getaway instead.

But then Evan Danek, who had just joined me for my last 3 trips to Prague, Budapest, and Pakistan, jumped at the offer (while it was still in its early brainstorming stages!) and bought his tickets without much of a discussion. And who was I to give an excuse and flake on him? Never done that in the past and I don’t intend to do it now.

And so 4 days ago I bought mine and found myself on my way for a 36 hour trip to Barbados. 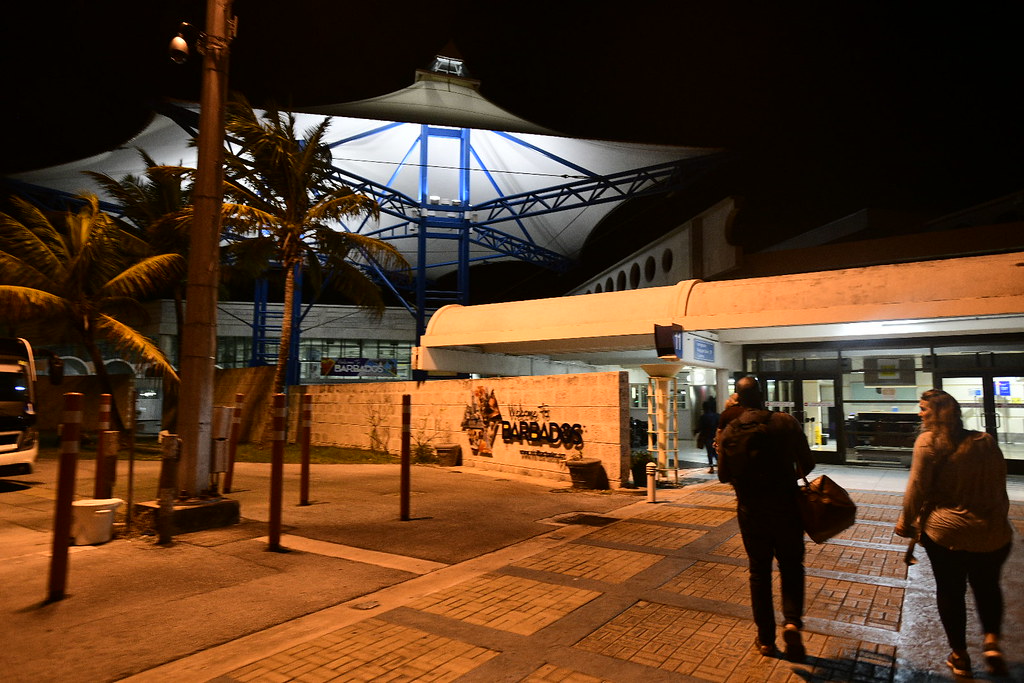 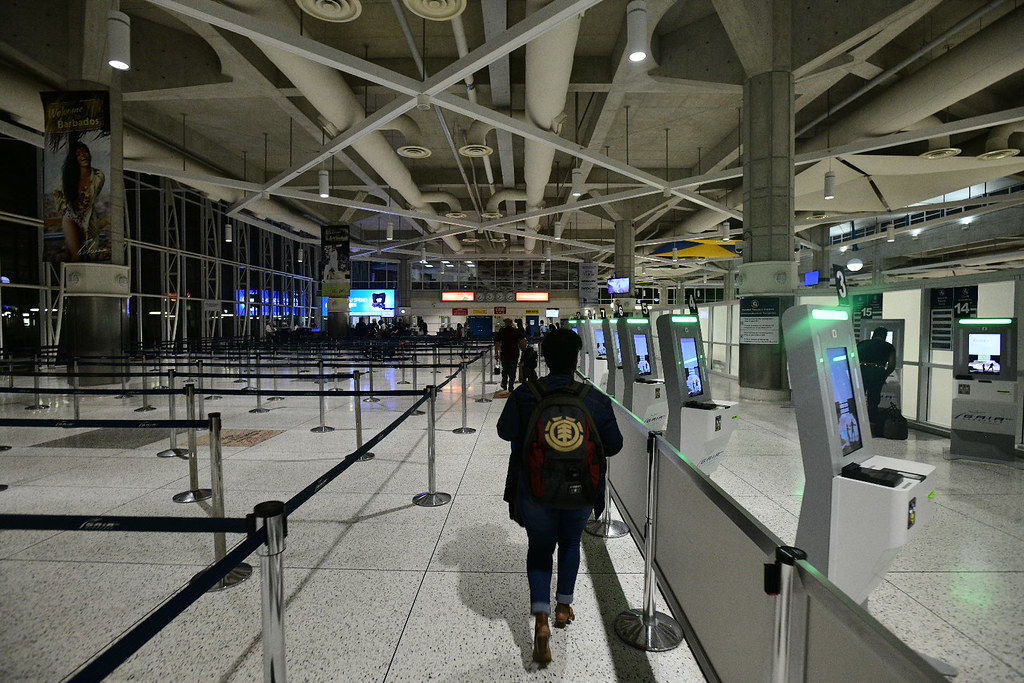 After passport stamping, I was picked up outside by the hotel’s complimentary car service for my first night’s lodgings at Coconut Court Beach Resort. I had picked there only because Evan used his Marriott points for a free night stay across the street at the Courtyard by Marriott the next evening.

So I turned in at 11pm while Evan arrived the next morning on the 11pm-5am direct JetBlue flight from NYC. After he waited another hour for me to wake up, we rendezvous’ed at my hotel at 8am to begin our trip.

If you’re new to Barbados, a great starting point would be at the Charles Fort in the Historic Garrison area: 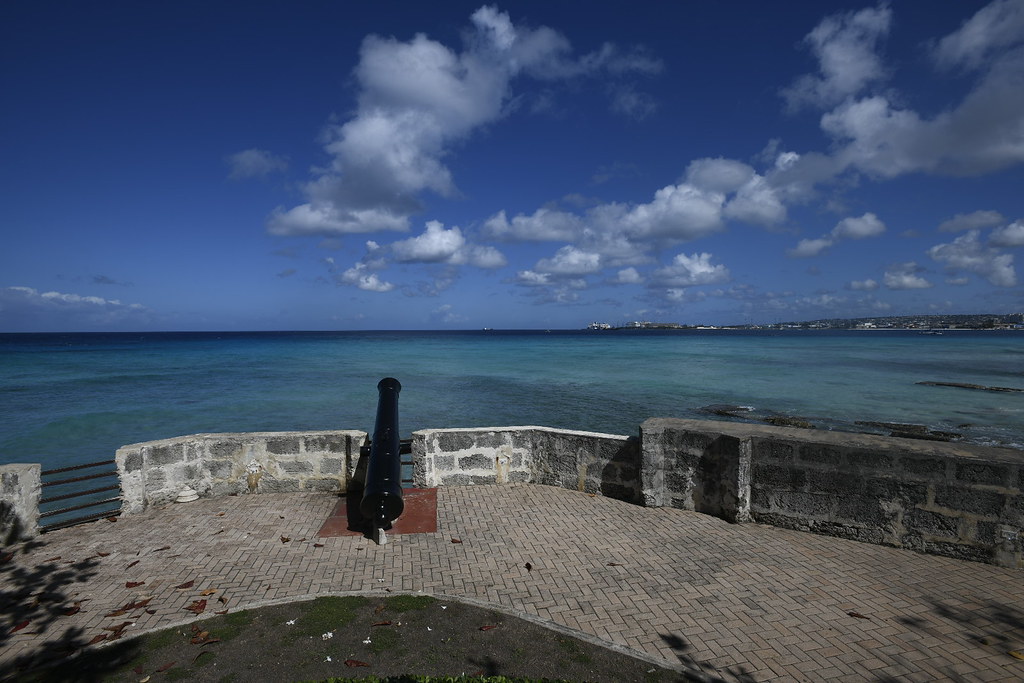 To reach it, the fort is located inside and part of the Hilton Barbados Hotel & Resort property on the southwest-most point of Barbados. That said, if I was bringing my girlfriend, the Hilton would be my primary choice to stay as you immediately start your walking tour with a well known sight. 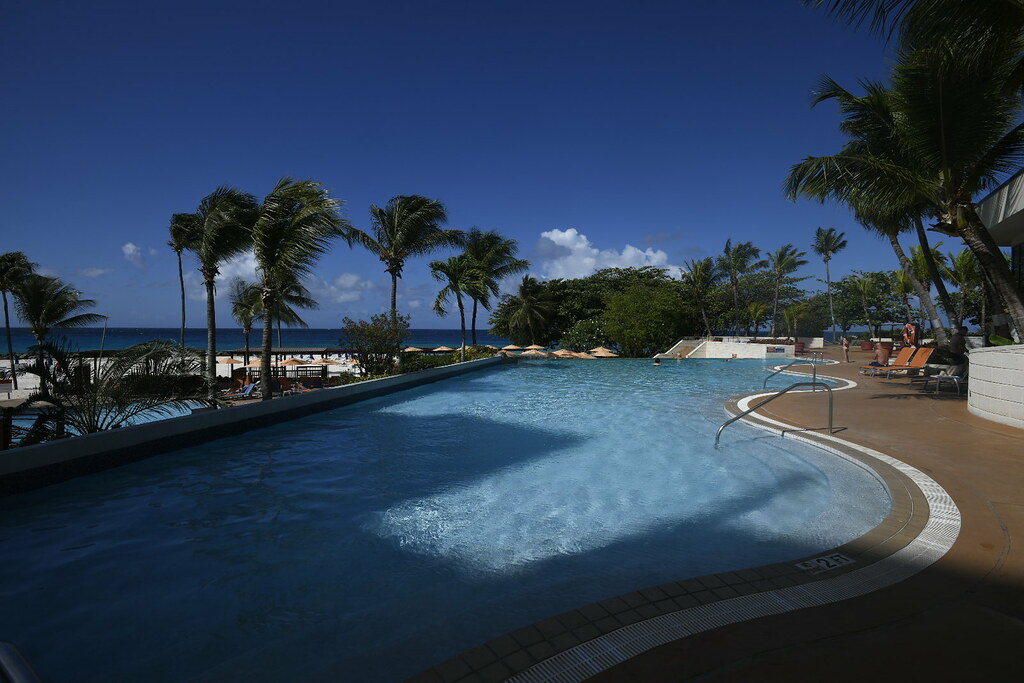 The fort is tiny and seems more like an alternative event space for Hilton, so after 5 minutes here we hopped in Evan’s rental car and drove into the center of Barbados’ capital city, Bridgetown, and oriented ourselves at the Parliament Buildings. 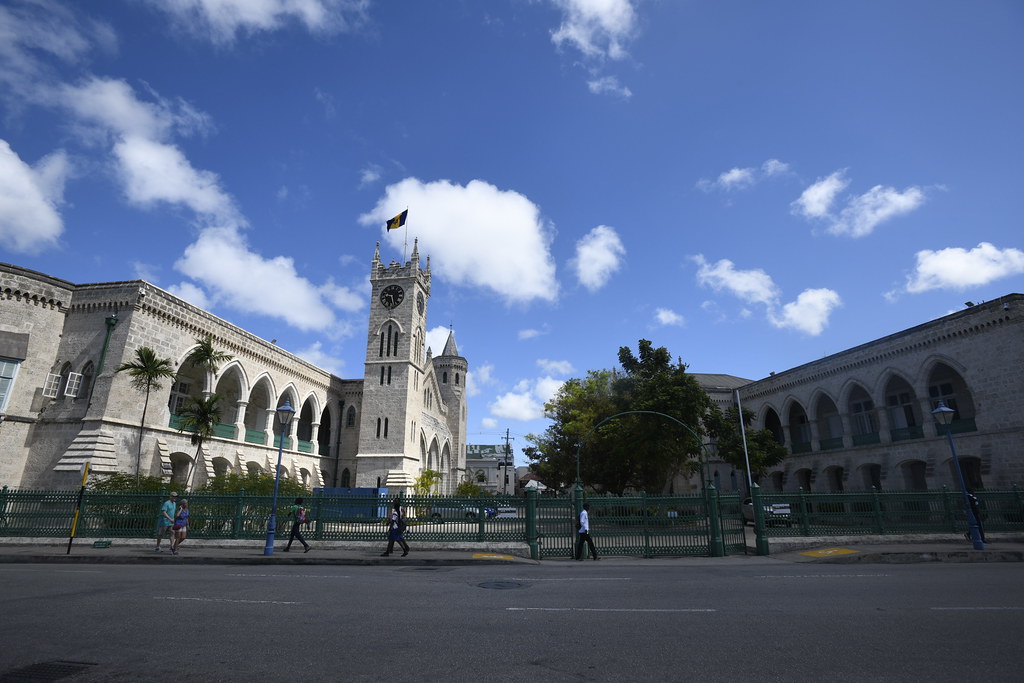 Across the street is the National Heroes Square, a popular central meeting point for locals and tourists. 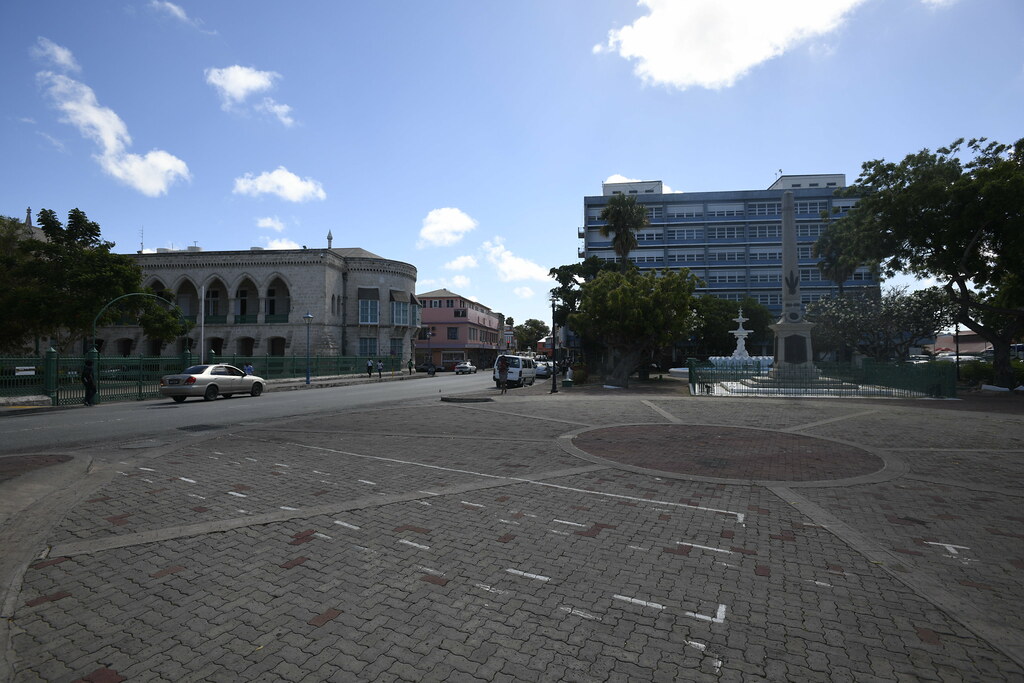 If you’re feeling a little peckish like we did, we crossed the bridge over the canal for the restaurants by the waterfront. 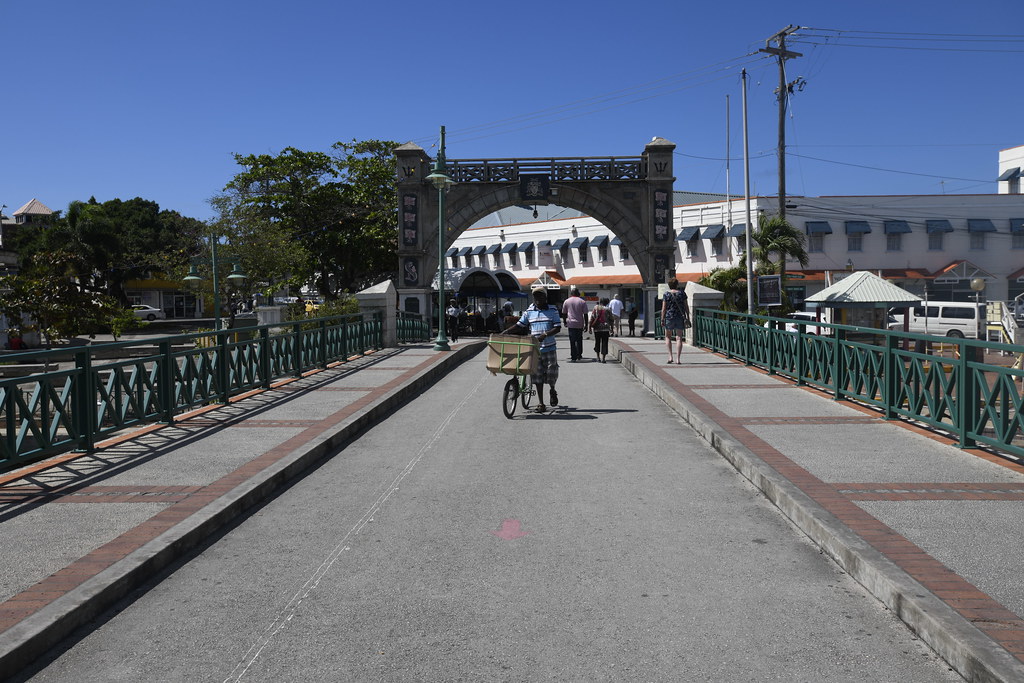 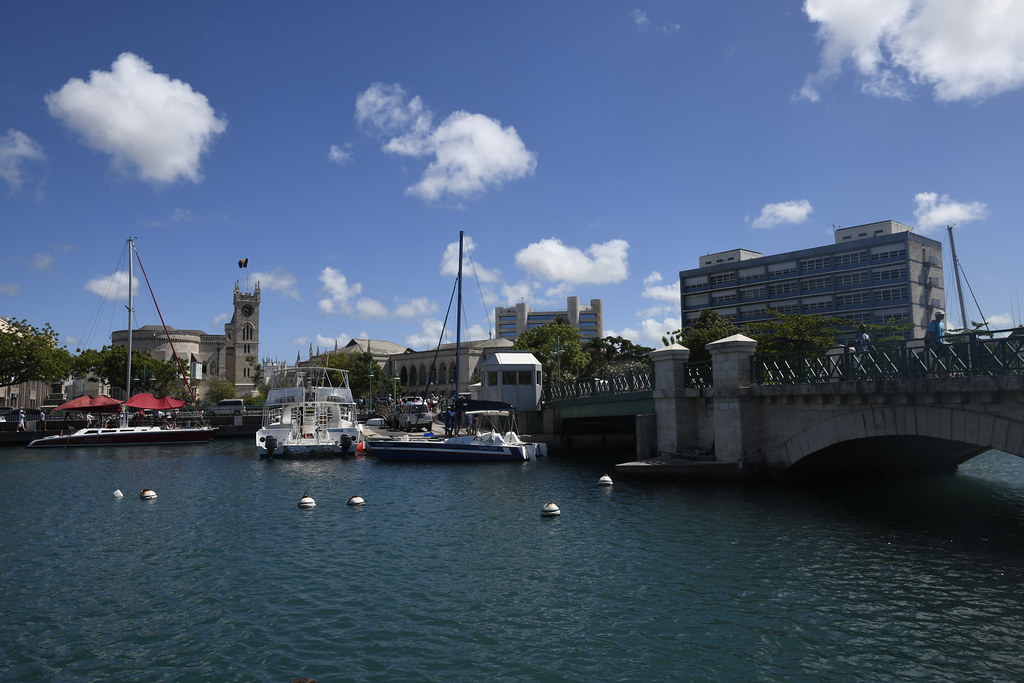 The most popular joint was Waterfront Cafe. 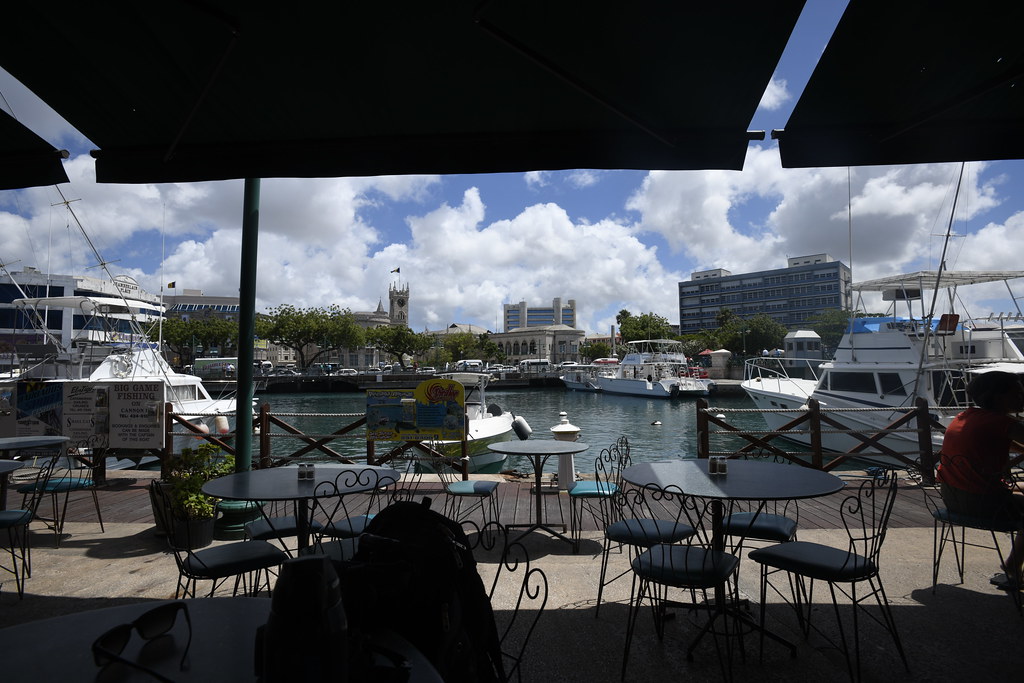 We then strolled for 15 minutes or so around town. 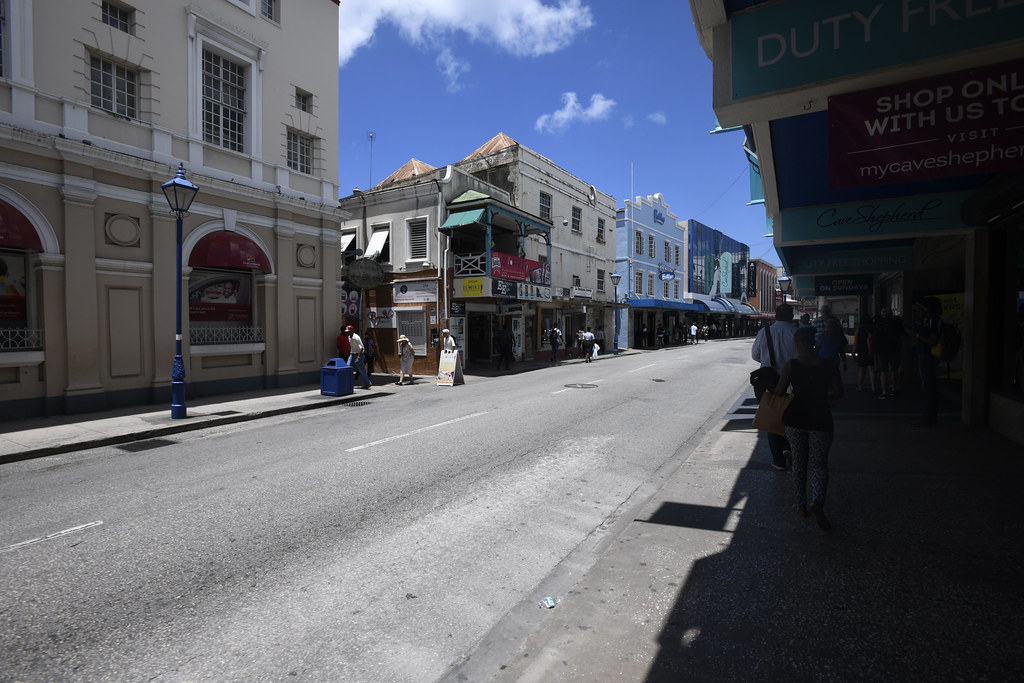 …and then drove 20 minutes up north to Harrison’s Cave. 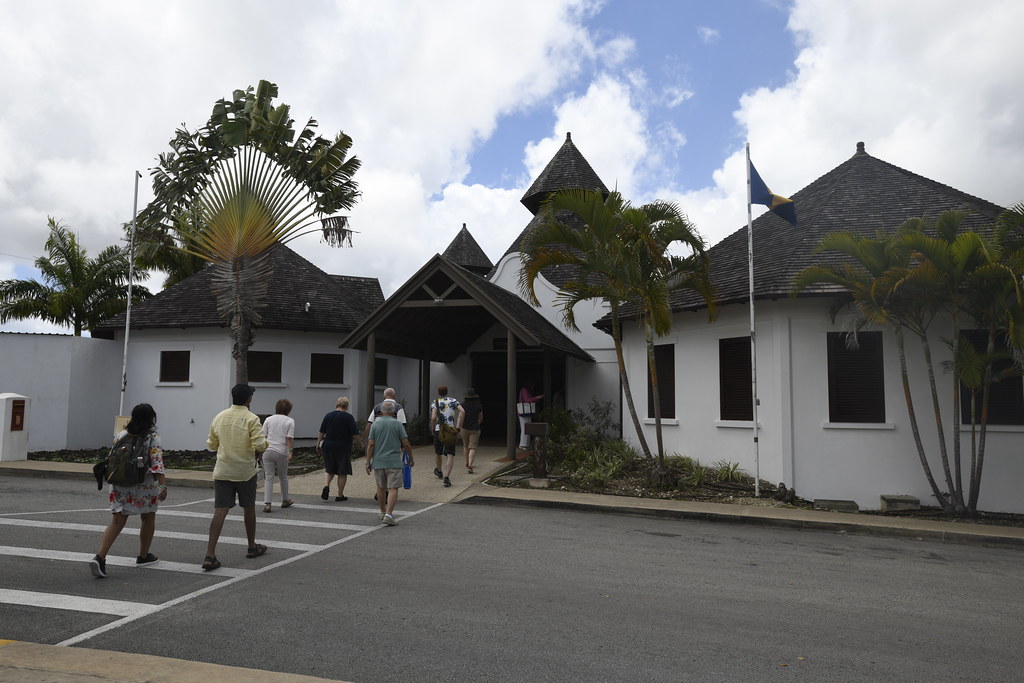 The entry fee is $30 USD ($60 Barbadian Dollars) for a 45-minute guided tram tour of the mile-long cave. You can also take a 3 hour “wild tour” that involves hiking and getting chest-deep in cave waters. 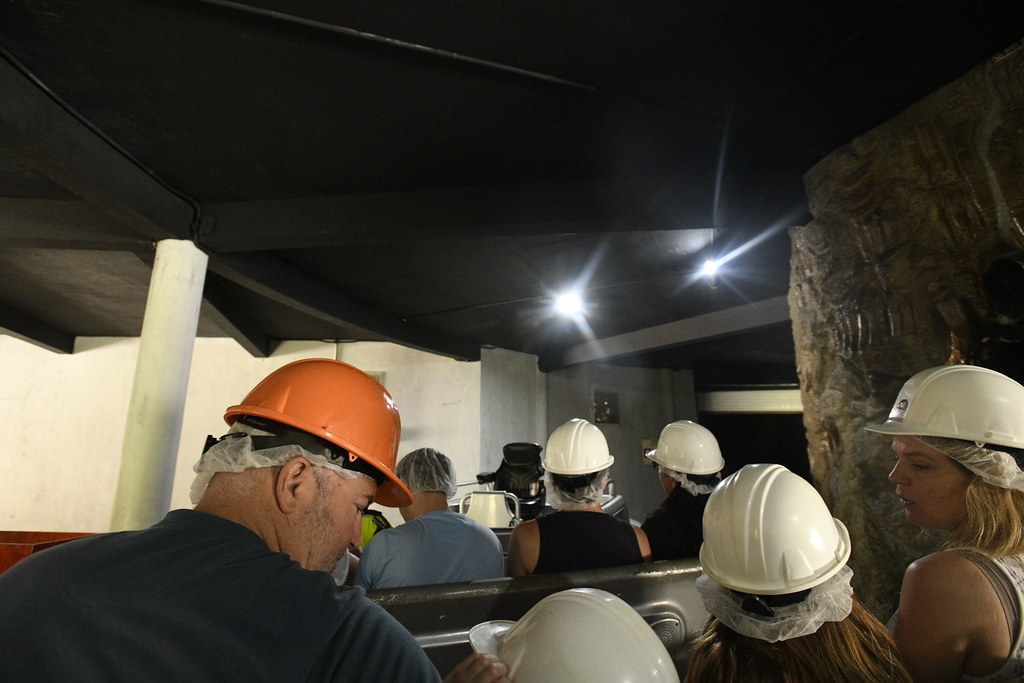 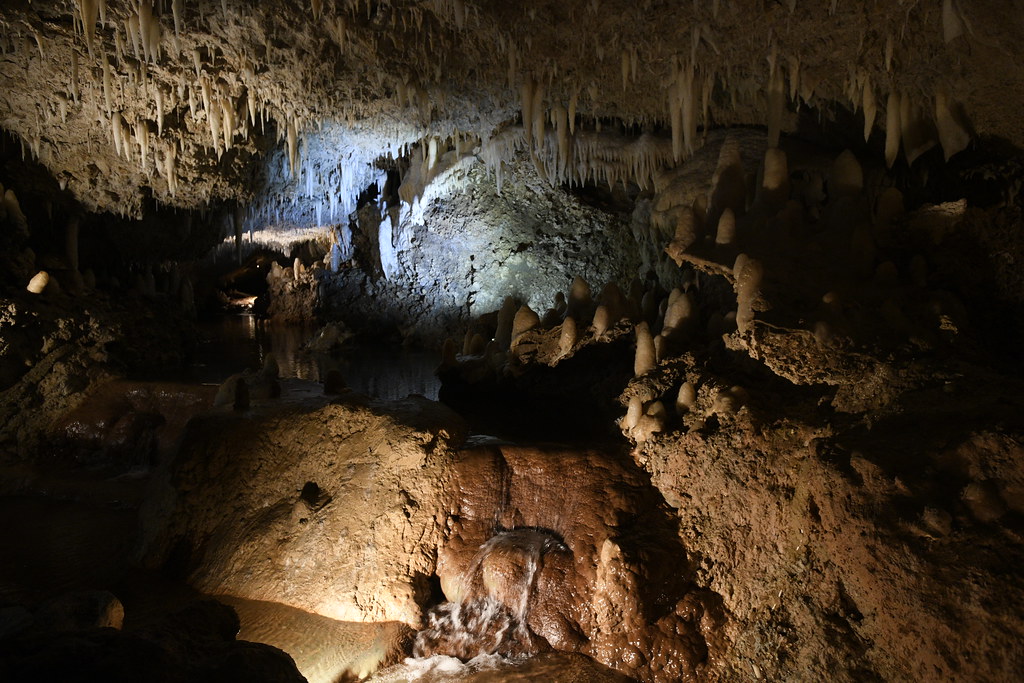 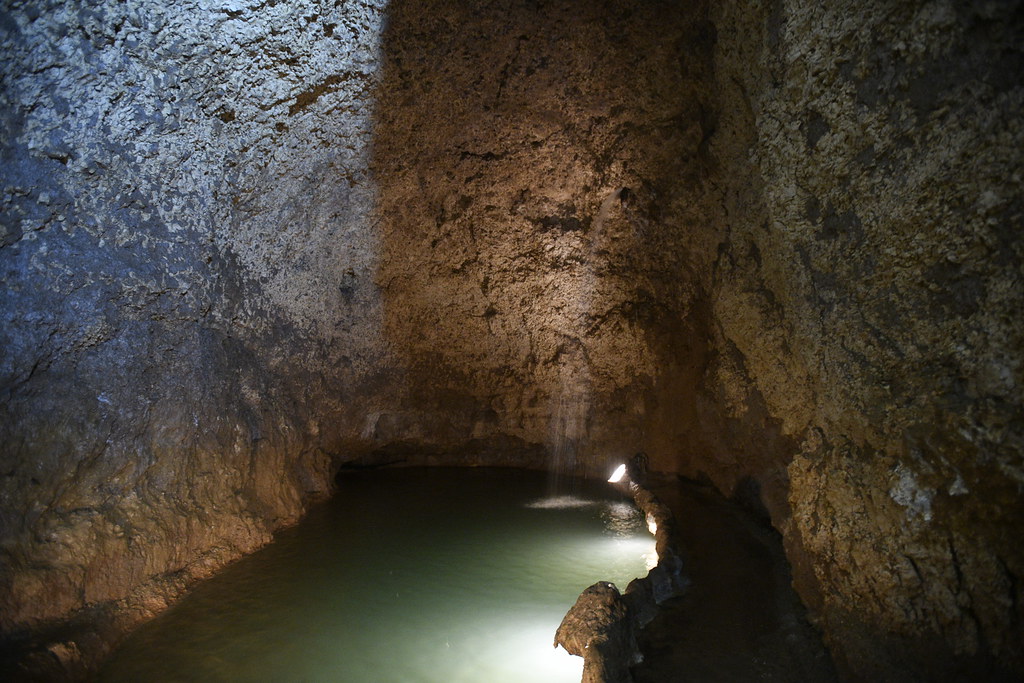 For those of you who want to go on an even further extended adventure, we then drove up another 25 minutes to the extreme north of Barbados to the Animal Flower Cave. It costs $12.50 USD ($25 Barbadian Dollars) to enter and it includes a 15 minute guided tour. 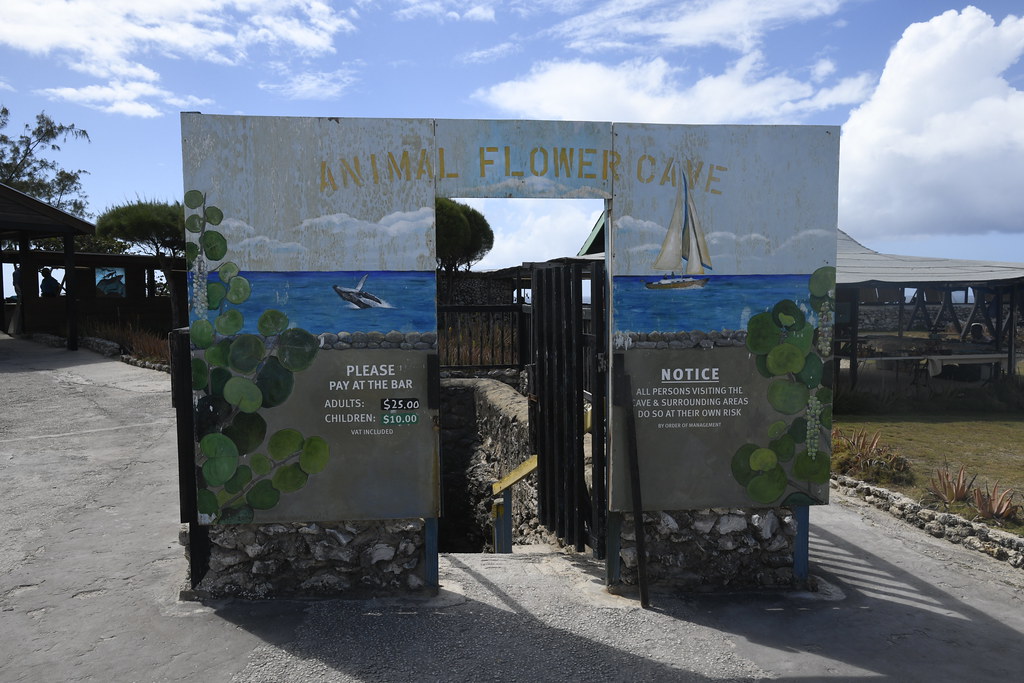 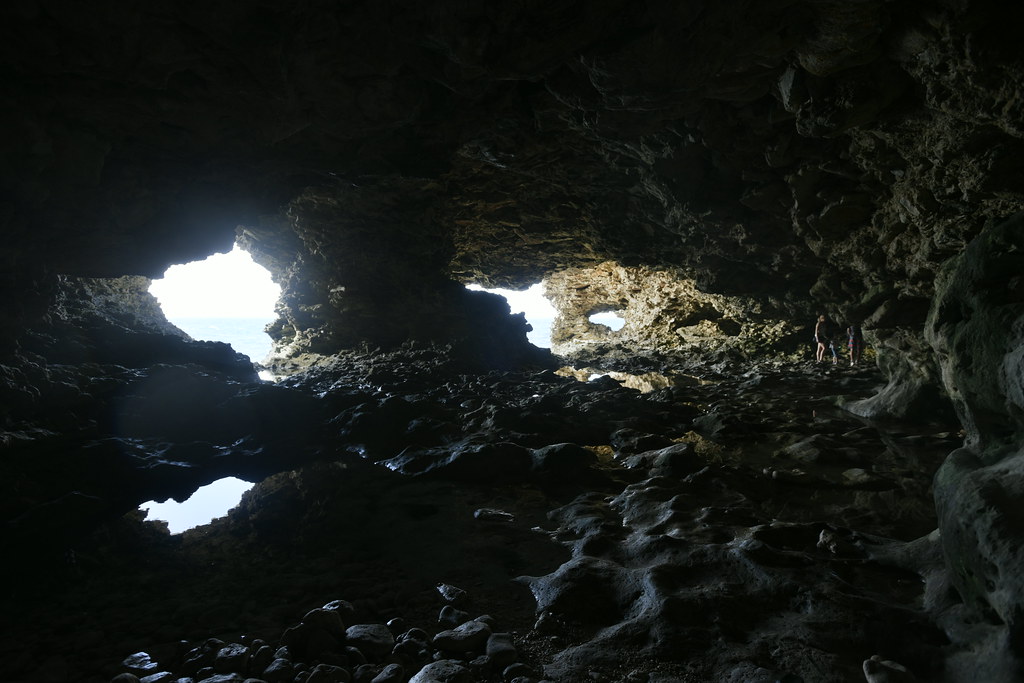 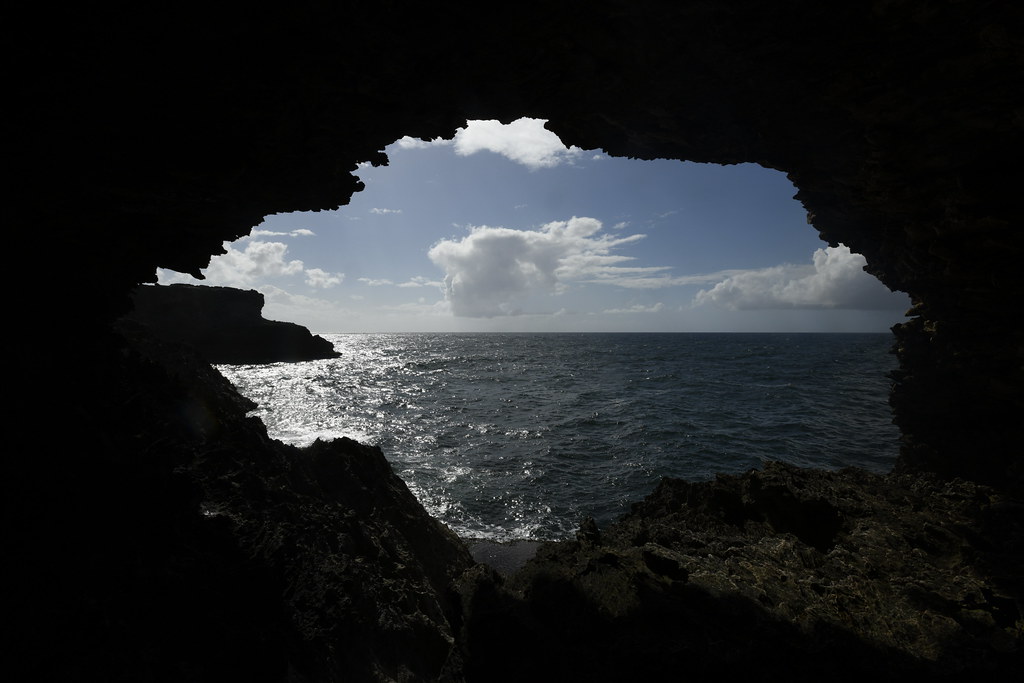 In another part of the cave, you can take a dip for 10-15 minutes after the tour. It can get up to 8 feet deep near the edge. 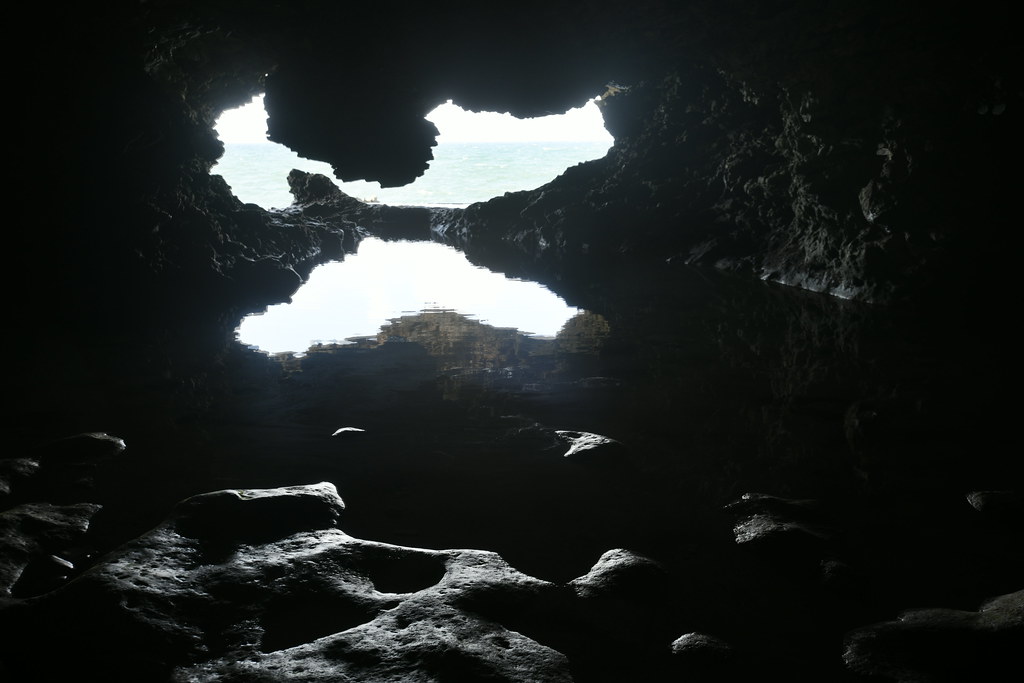 Afterwards you can dine at the outdoor restaurant just above the cave that boasts great views of the Atlantic Ocean. 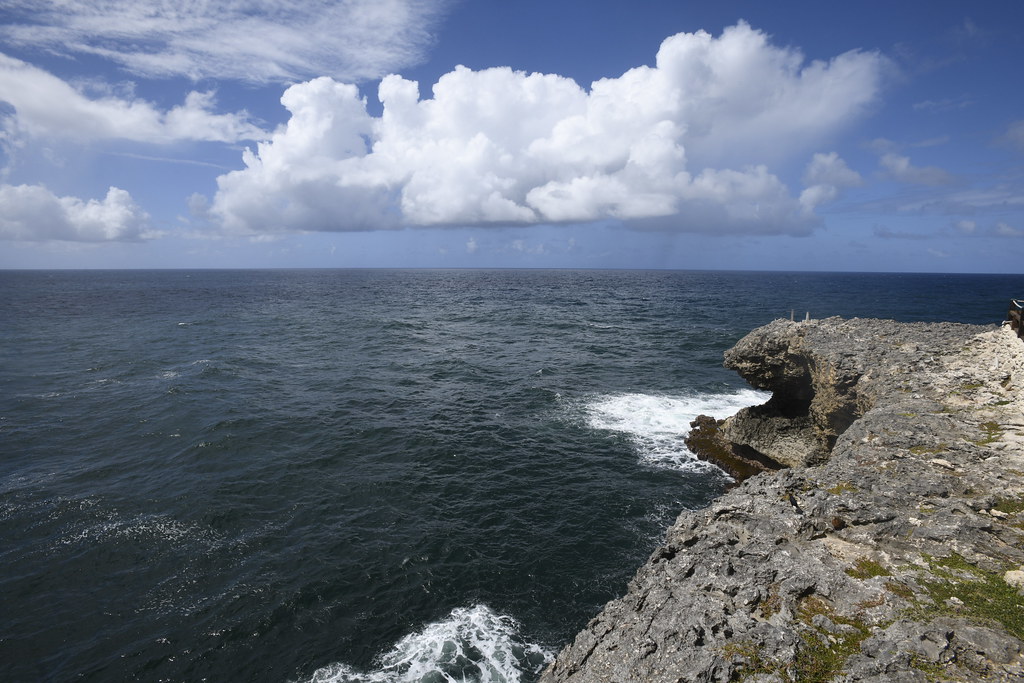 Afterwards we drove back south for a quick peek at Hunte’s Garden on a spur-of-the-moment recommendation by my friend Tamara (who was happening to be following my Instagram Stories). 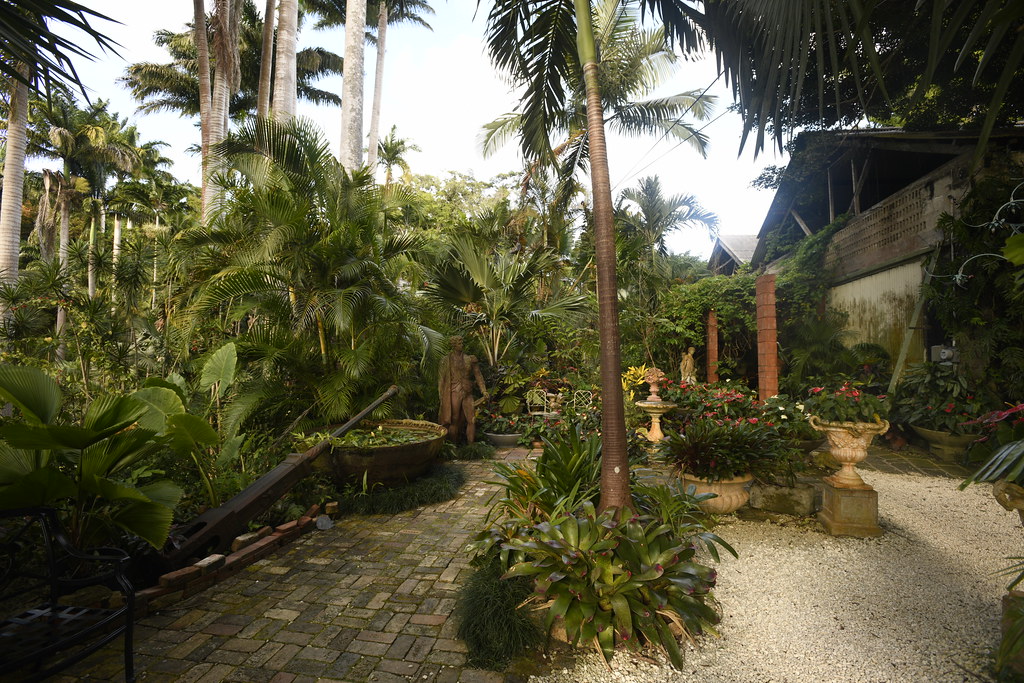 We then checked in at the Marriott and then beached it: Miami, Bath, Accra, Crane, Gibbes, Silver Sands Beach… you can’t go wrong here. 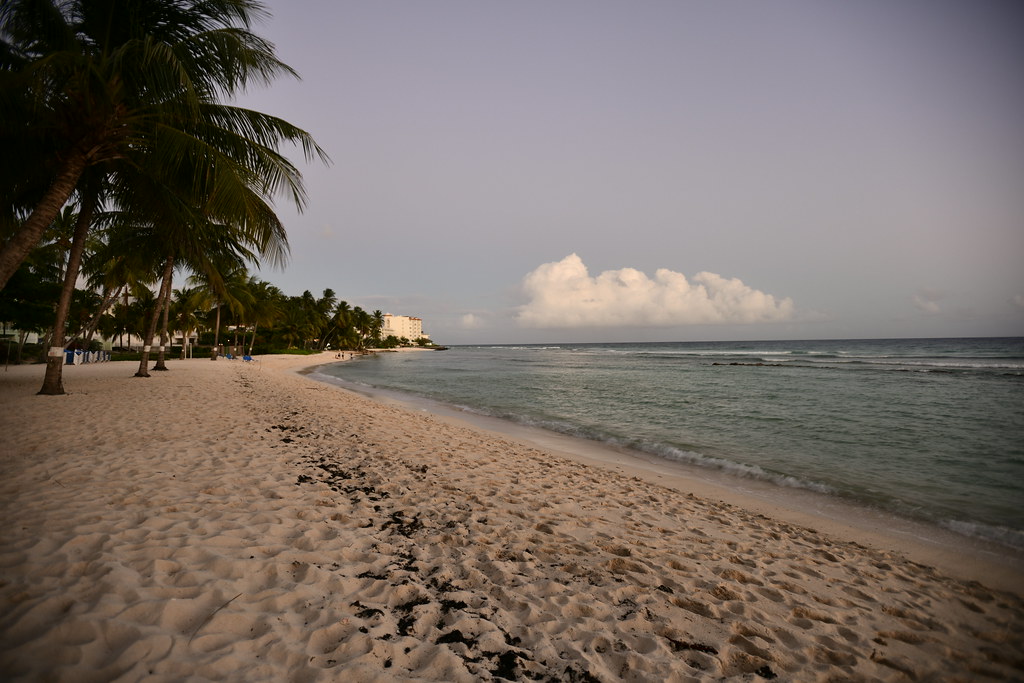 For dinner we treated ourselves with a view at Champers: 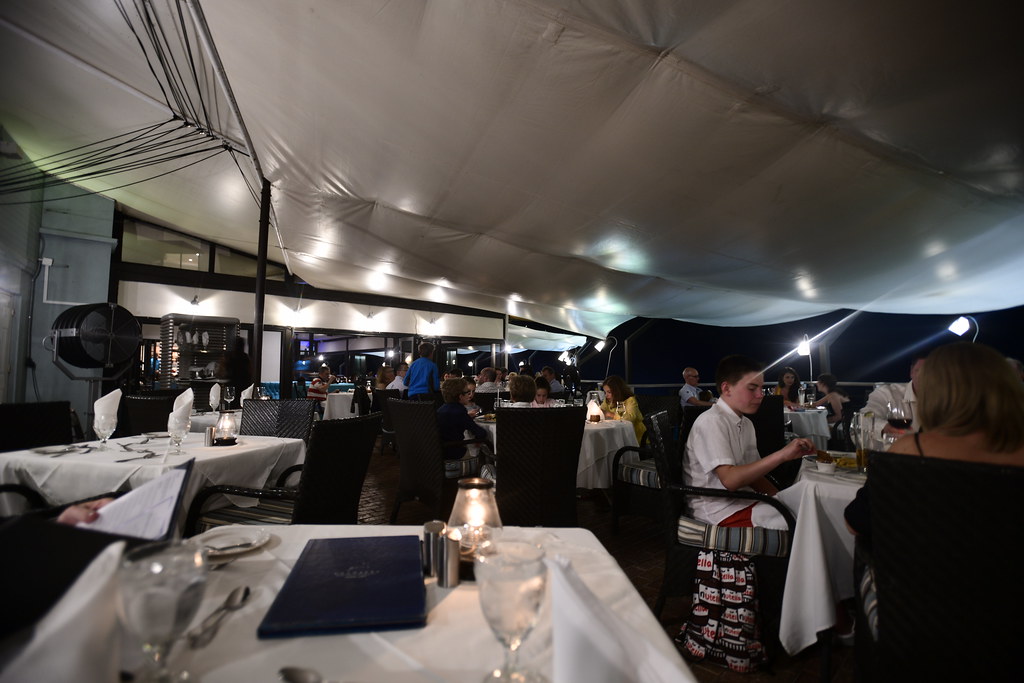 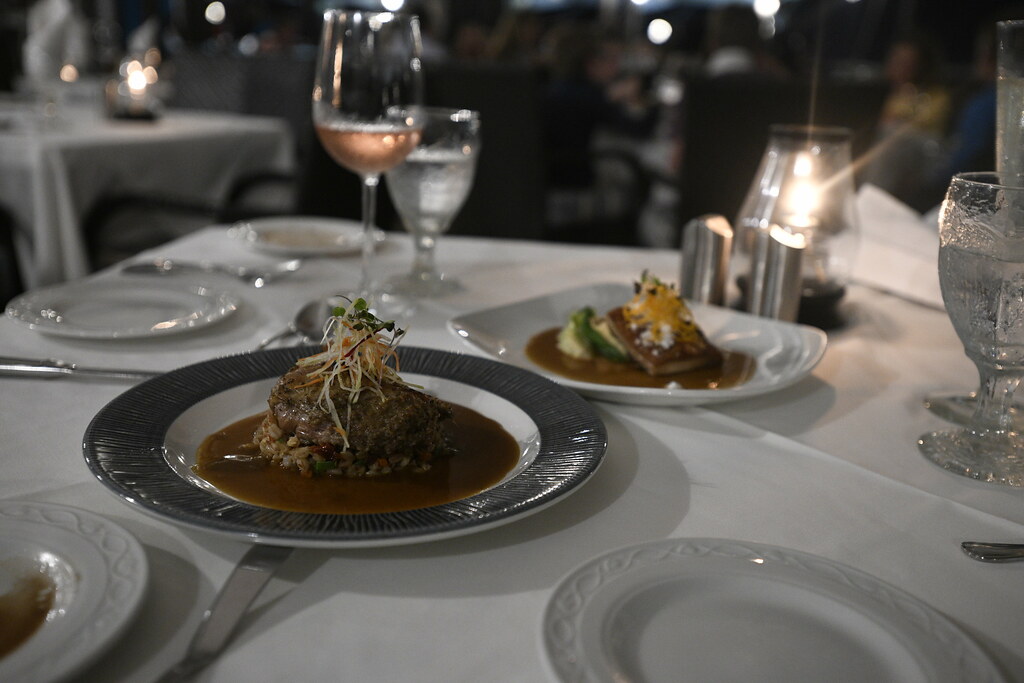 And to finish off our whirlwind tour of Barbados, we drove by the bar scene at St. Lawrence Gap (aka The Gap) only to determine it dead on arrival on a Thursday night.

Not much else to do here, but if you’re in a place like Barbados, why do anything else?