We Czeched All The Boxes But Left Hungary For More

Special thanks to my newly christened co-guide Ann for inspiring not only this trip, but also this blogpost title!

After 50 hours in Prague, 11 out of 16 of us continued onwards for a day in Budapest. 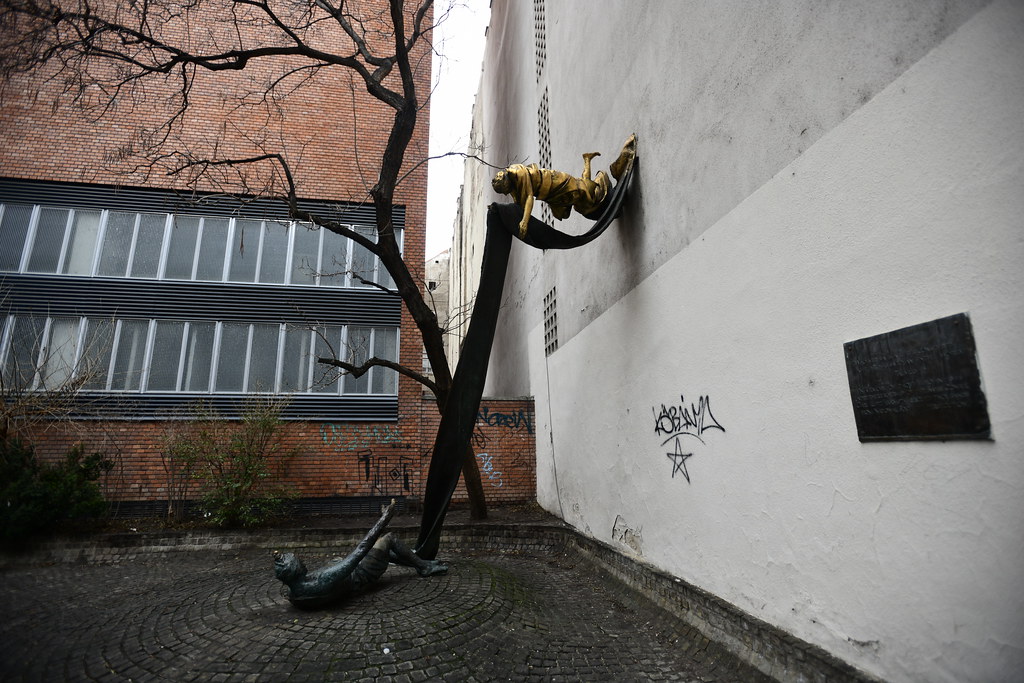 Seeing that this would be my third time in Budapest the past 2 years, there’s no need to rehash here the walking tour that I have come to know so well for my favorite European city. If you need one at the moment it’s all here: Budapest By Night and Buddha With The Best In Budapest.

What I will point out in this post is the unique litany of experiences and company that serve as proof of the magic of this city. After convincing Ravi last night to change his flight to continue onwards with us and saying our goodbyes to Daniela, Anthony, Li Li, Aggeliki, and Sidian, the 11 of us caught the 12:00pm noon flight out from Prague to Budapest.

We landed on time at 1:25pm in BUD airport, where we hopped on the public bus back into the city center and checked into our digs at Hostel One Budapest. 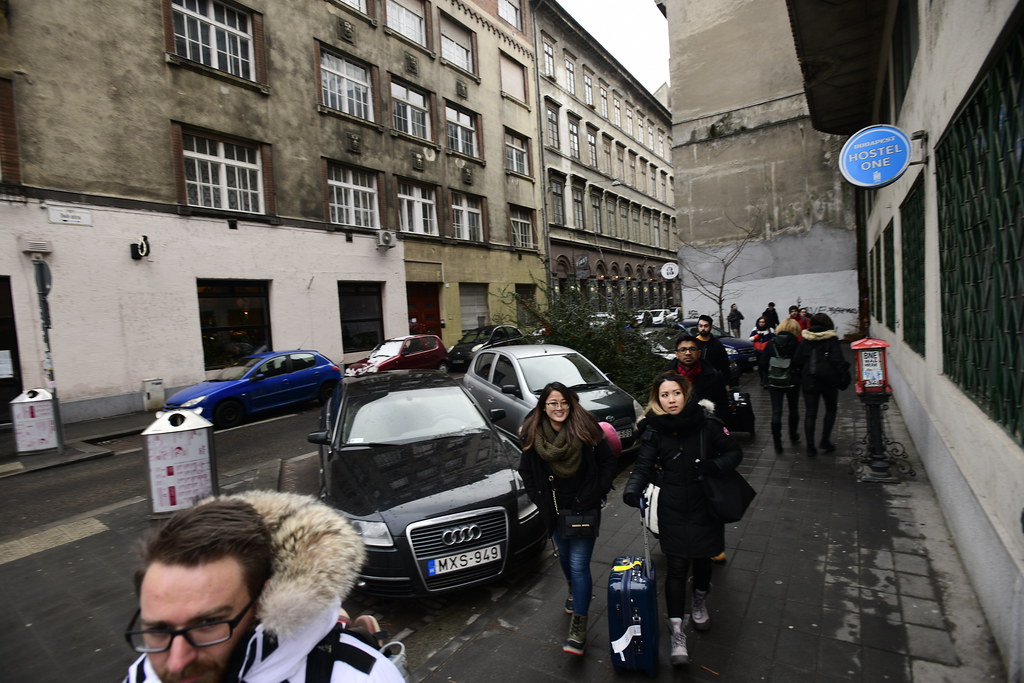 After half an hour checking in and freshening up, half the group went in search for sausages while the rest of us kicked it with some locals over Hungarian/Israeli fusion fare at the popular ruin bar, Mazel Tov. 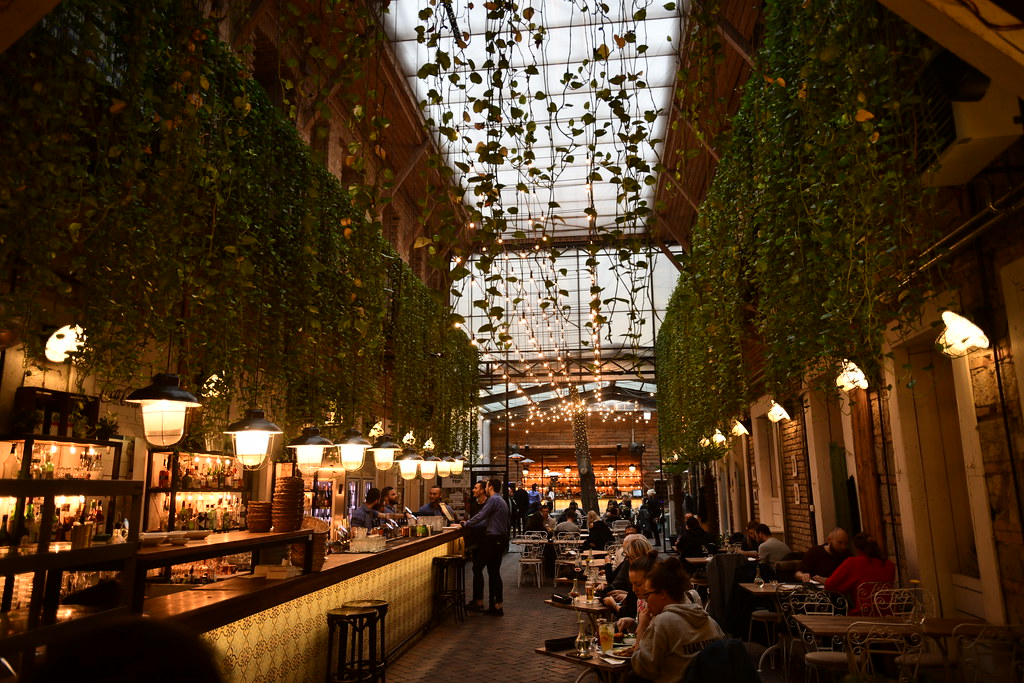 Afterwards we went on our walking tour of the city, beginning with Saint Stephen’s Basilica, which I’ve probably been more times than I can count at this point. 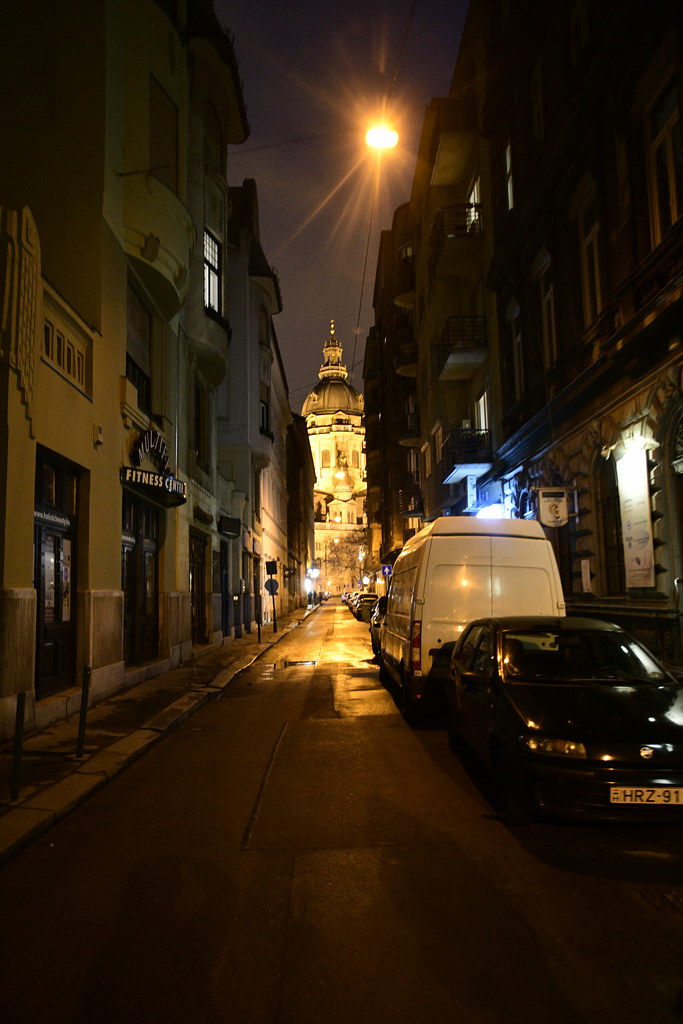 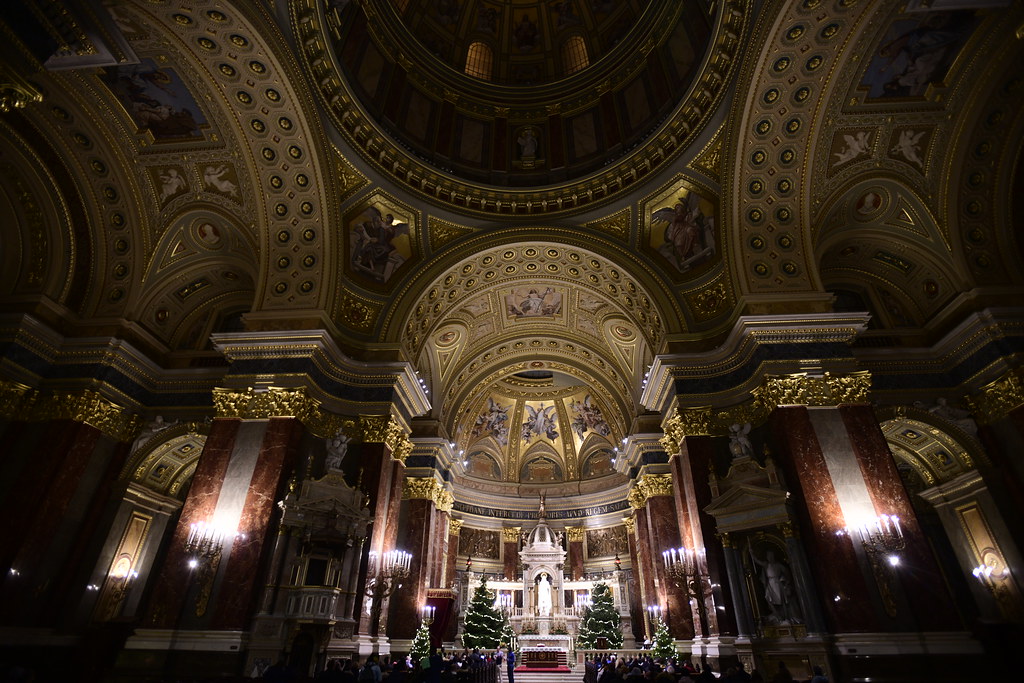 We then passed the Hungarian Opera House, the Synagogue, and crossed the Szechenyi Bridge before taking a cab into the magic wonderland of Fisherman’s Bastion. One of my favorite cab rides ever.

Afterwards we then hopped back in the same cab for the highlight visit to the Szechenyi Baths, where I got to rendezvous with Elisabeth, an old college buddy I haven’t seen since 2006!

Did I ever tell you that Elisabeth is one of the best people you can ask for when it comes to group photos? 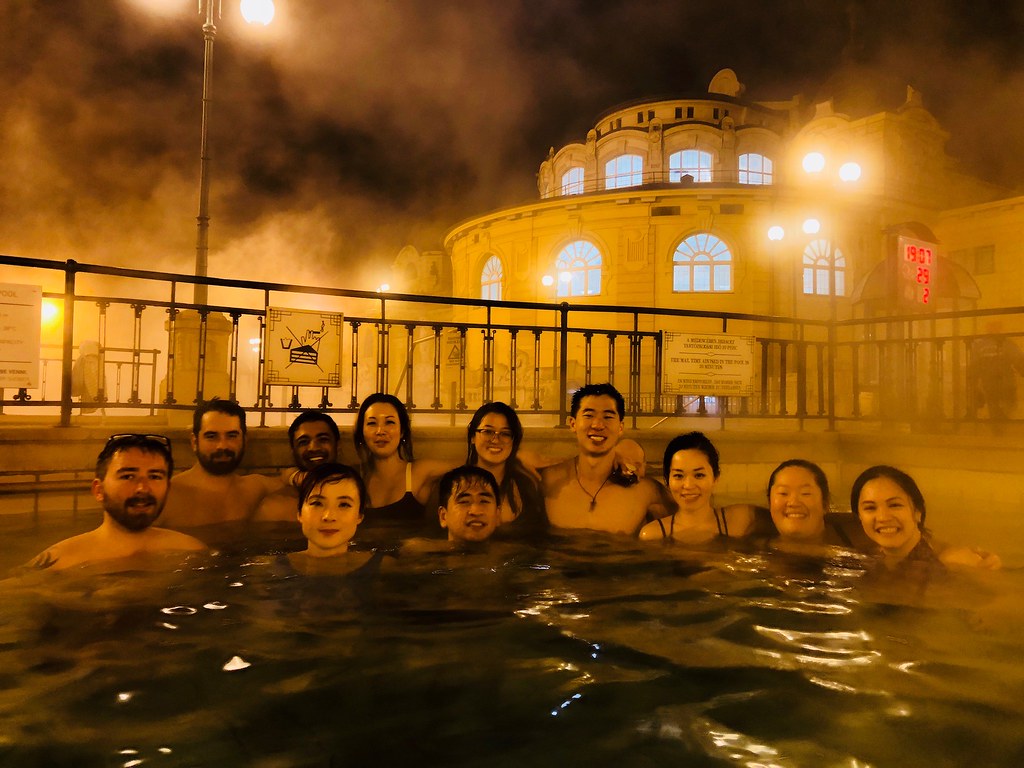 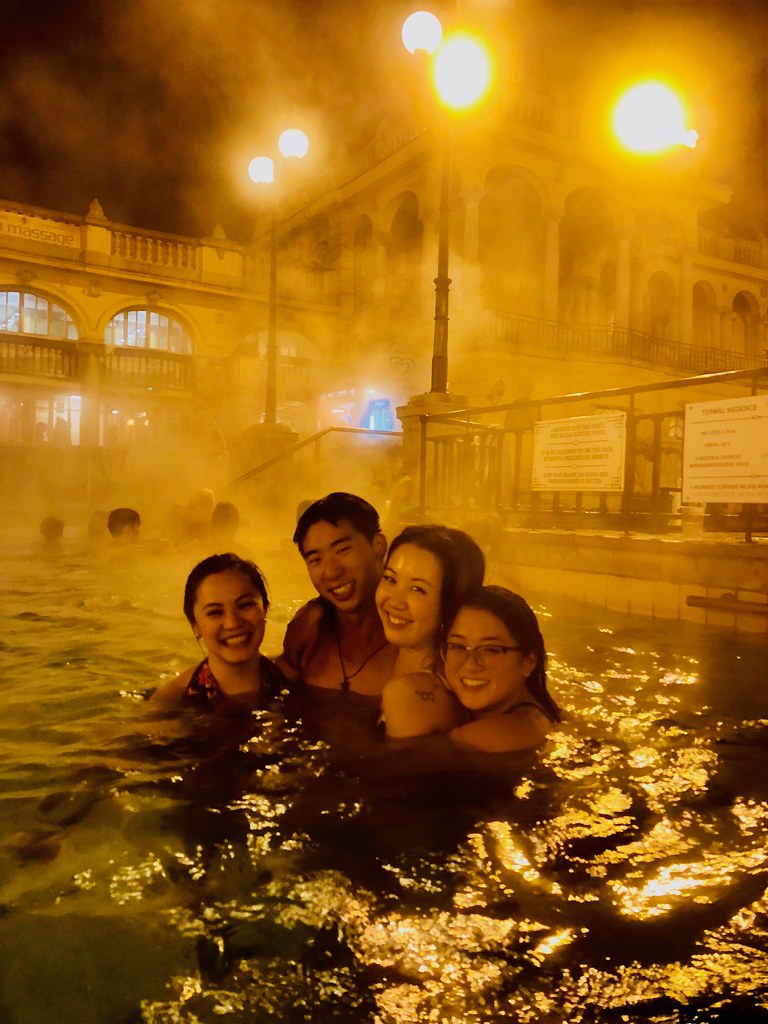 After 2 hours at the baths, we then congregated for dinner at legendary Kiosk, where I dined only 10 months ago, also with another group of wonderful monsooners. I might make this an annual tradition! 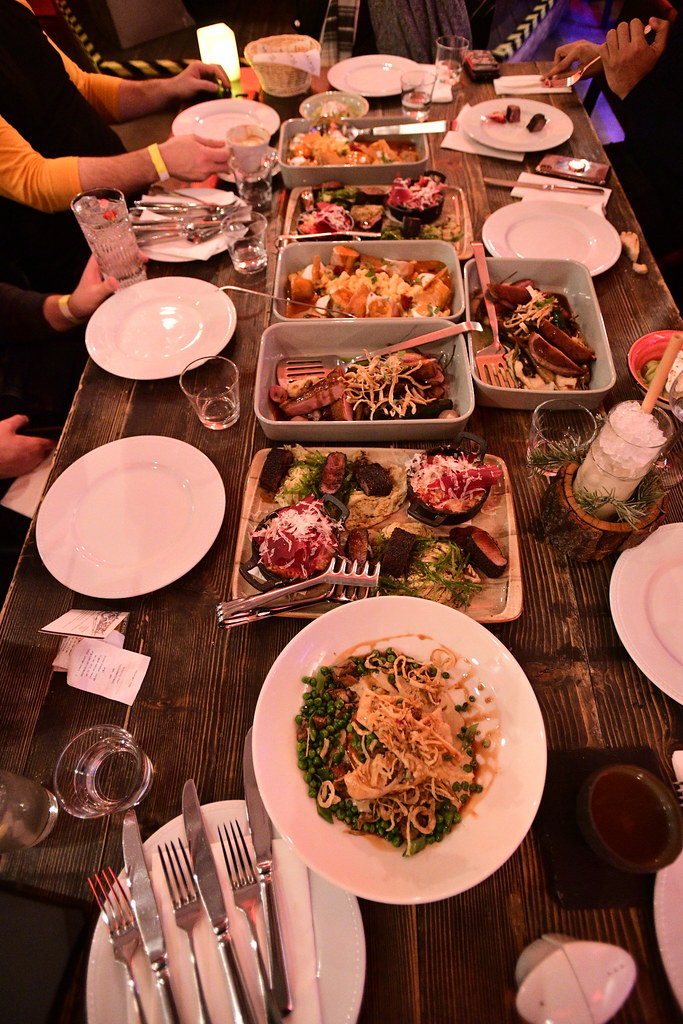 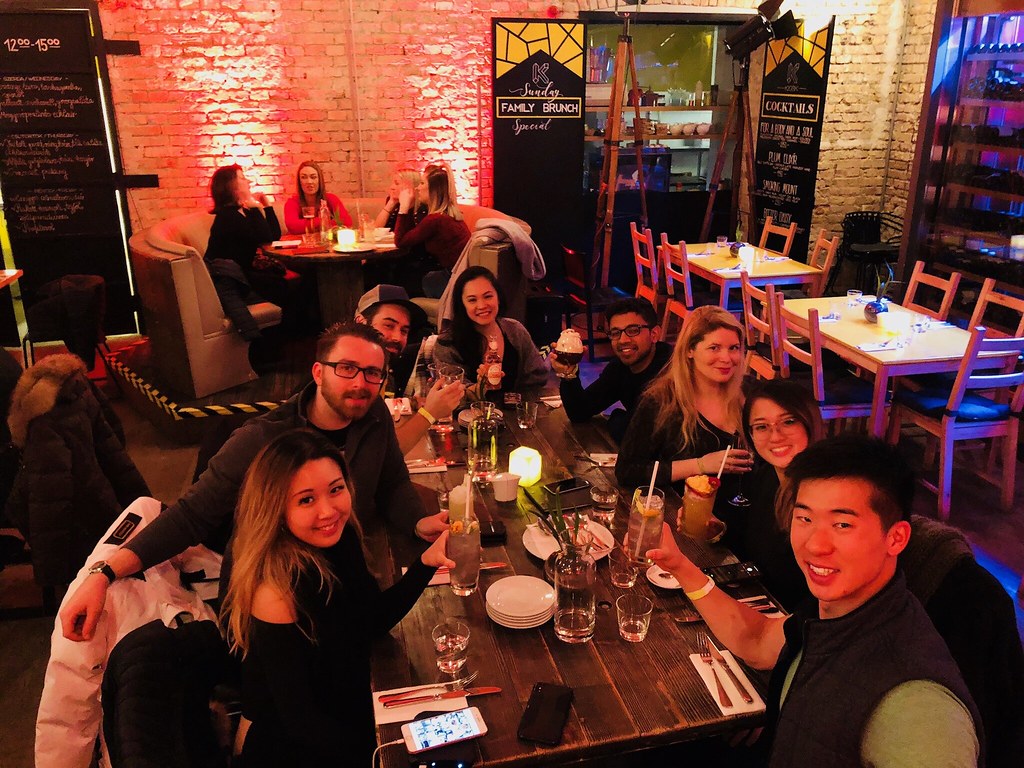 And how would I ever forget their Poppy Seed Ice Cream served over the world’s richest Poppy Seed Cake? This ranks as one of the best desserts I ever had. 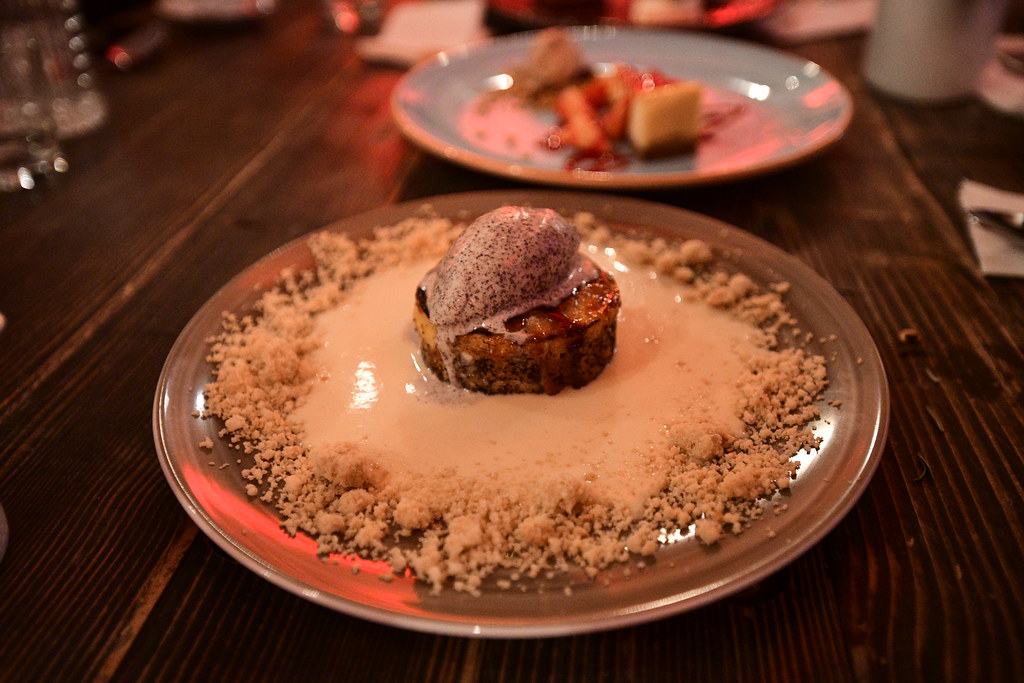 Afterwards we took the scenic river walk along the Danube back to our hostel, after which we rallied one final night to one of my favorite bars in the world, Szimpla Kert. 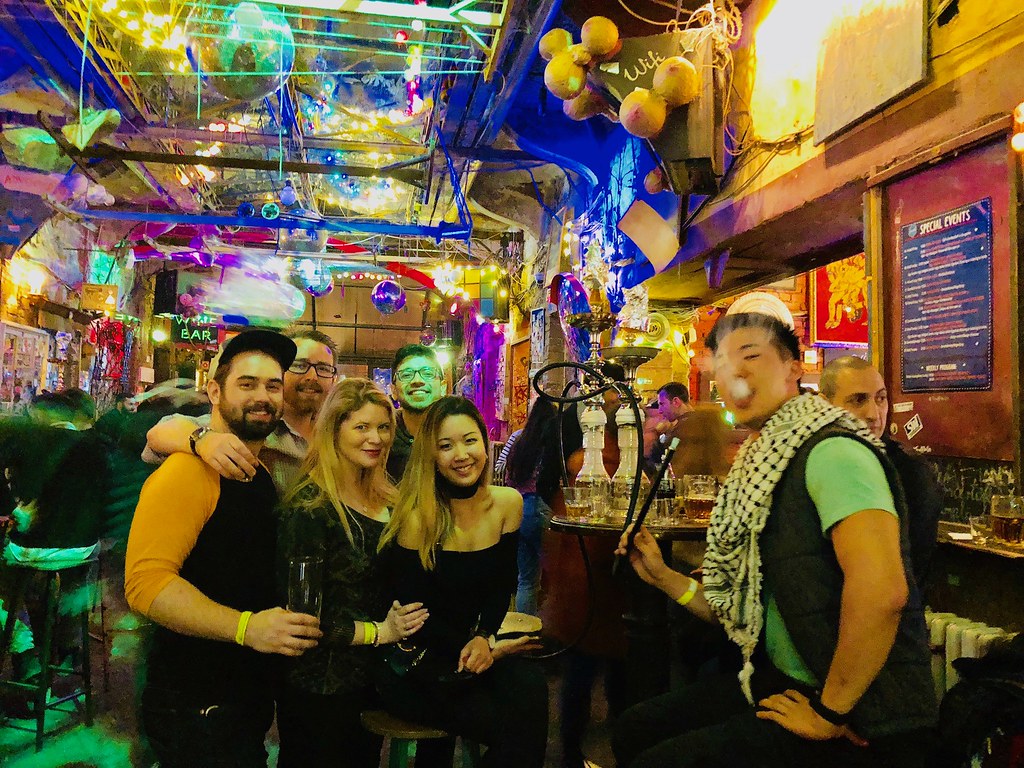 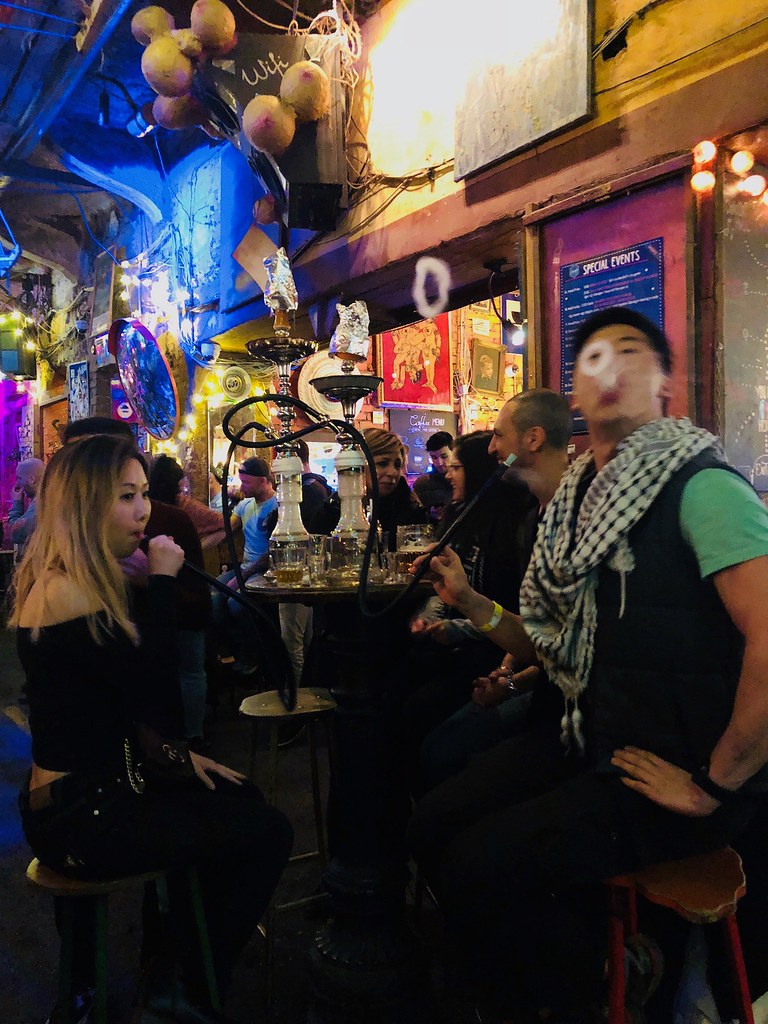 At this point while everyone else continued to rally onwards to the nightclub at Instinct, I began to fade and decided to turn in earlier at 2am to make my morning flight back home.

After nearly a month on the road, it was finally time to head home and get back to work the next day. It’s been real.