“I’m Not Gonna Cook It, But I’ll Order It From ZANZIBAR!” 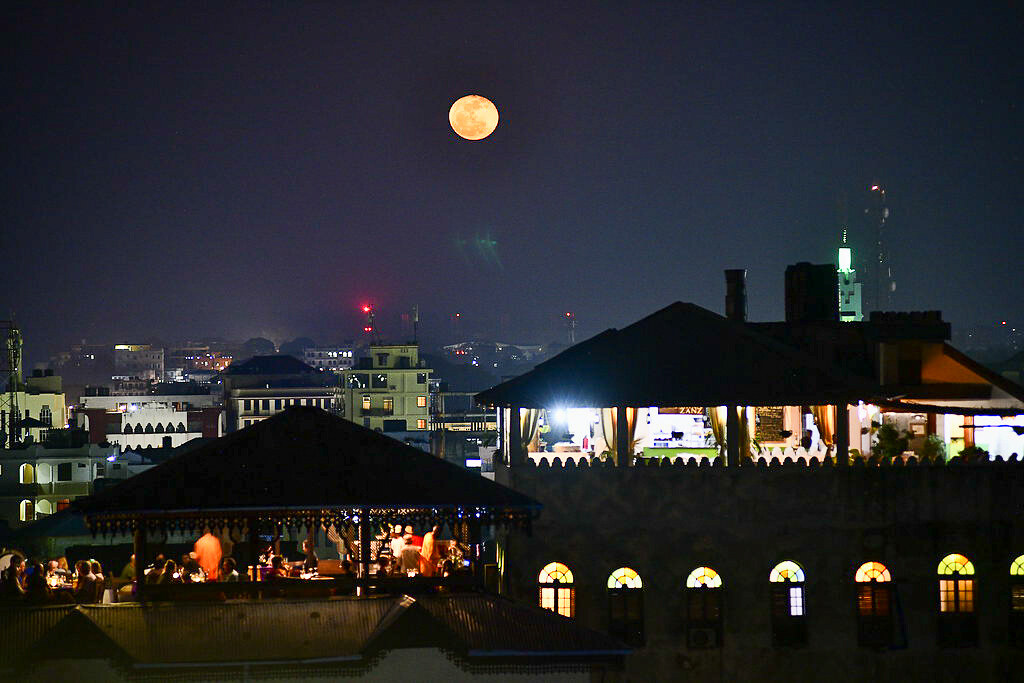 We just arrived in Zanzibar!

Cathy, Bryan and I had a 9 hour layover in Doha where I got to show them around Souq Waqif and kicked back at a few rooftop clubs and lounges afterwards. 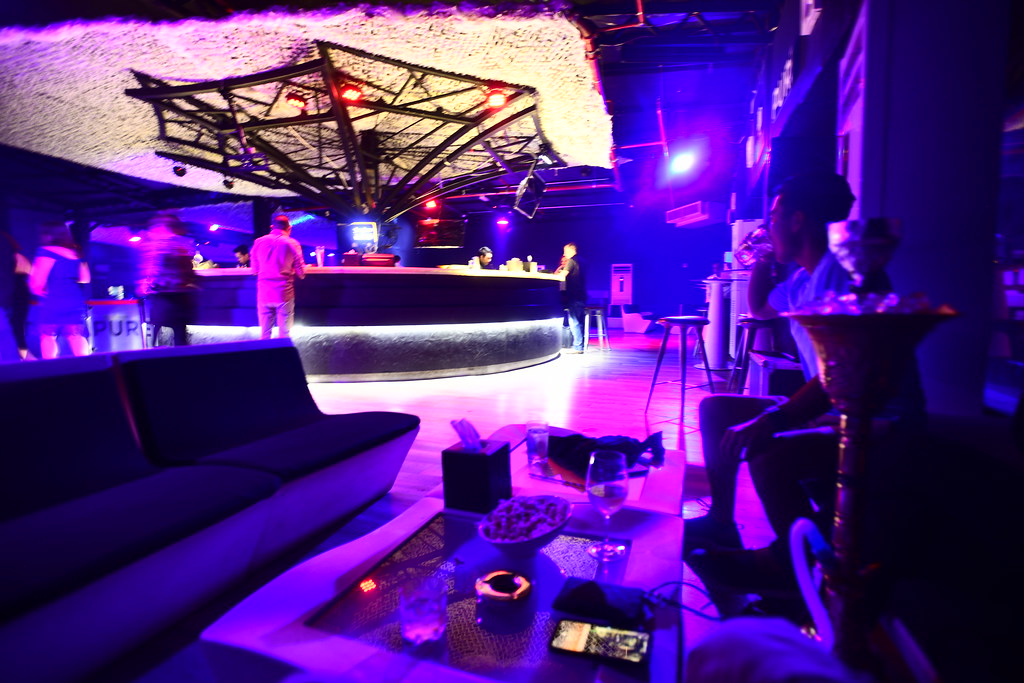 When we returned to Doha Airport, I sneaked access to their first class lounge having just gotten upgraded to OneWorld Platinum today, taking advantage of a recent American Airlines Status Challenge I had joined via FoundersCard. 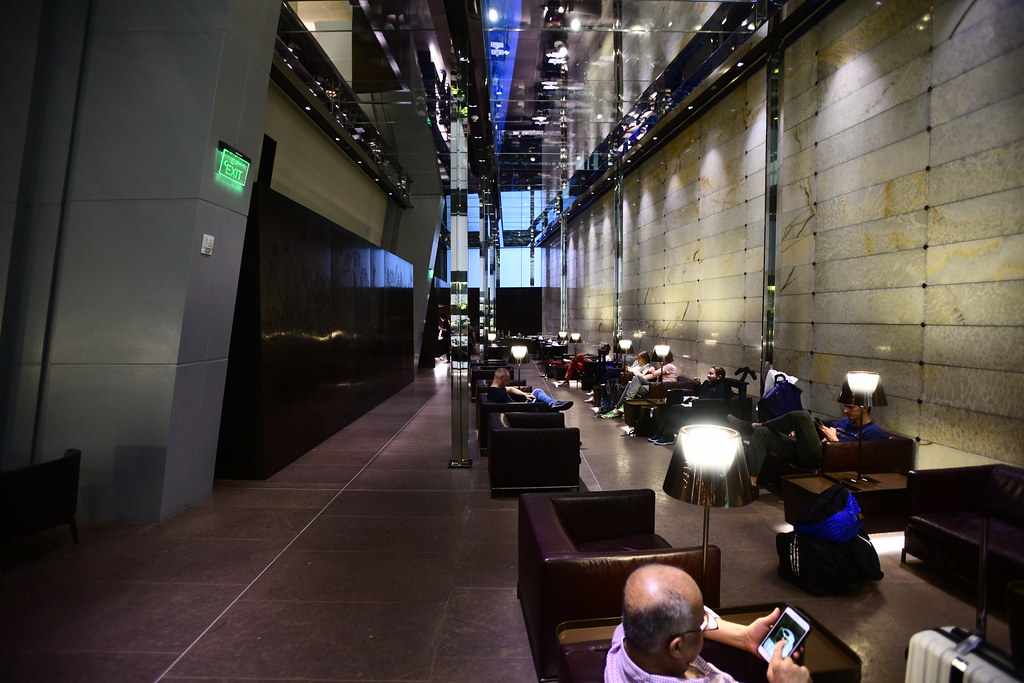 We then boarded the 1:55am Qatar Airways flight from Doha to Zanzibar, landing at 8:30am in the morning. 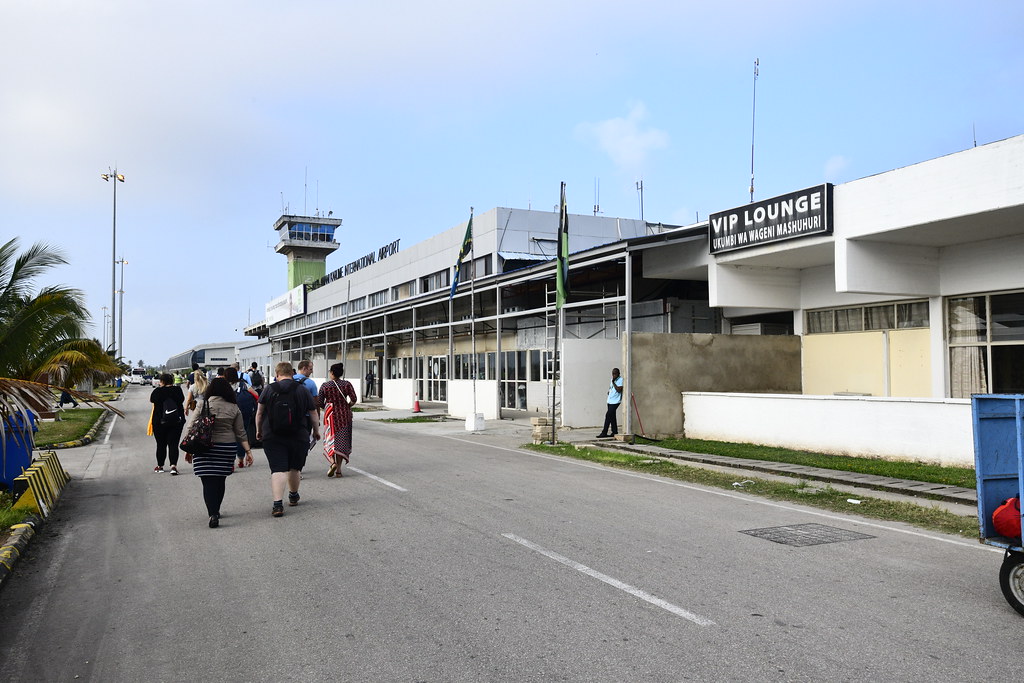 Passport control was relatively straightforward, having taken advantage of the Visa Grant offered on the Tanzanian Government website and arranging everything beforehand, including the $100 USD visa fee.

All we had to do was print our papers beforehand and get stamped through. 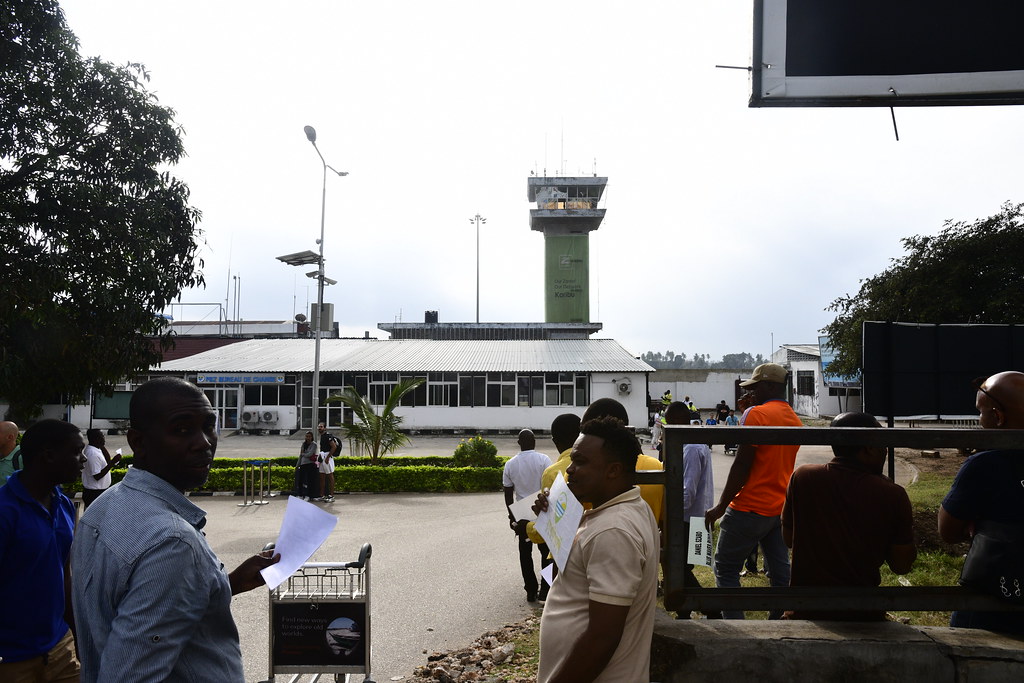 Once outside, we were picked up by our driver from Lost & Found Hostel for the 20 minute drive into Stone Town, where we rendezvous’ed with Bessie, Ines, and Brandon who had arrived on an earlier 4:50am flight via Emirates.

Sarah would join us later at 1pm and Ravi at 4pm. 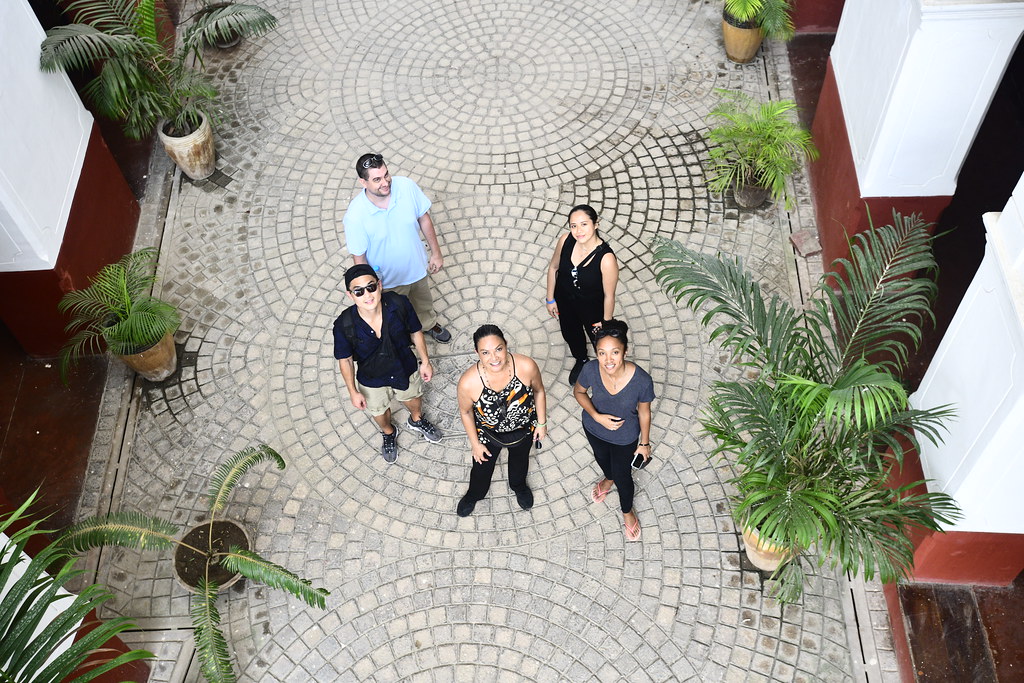 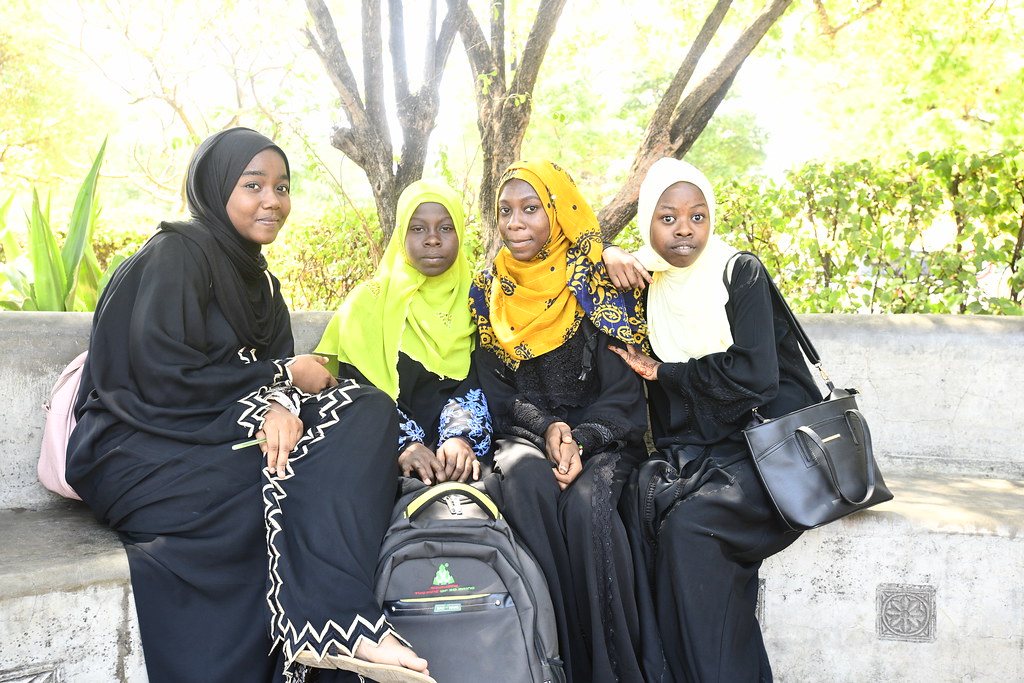 The heart of Stone Town mostly consists of a maze of narrow alleys lined by houses, shops, bazaars and mosques and is a sight to behold in of itself. 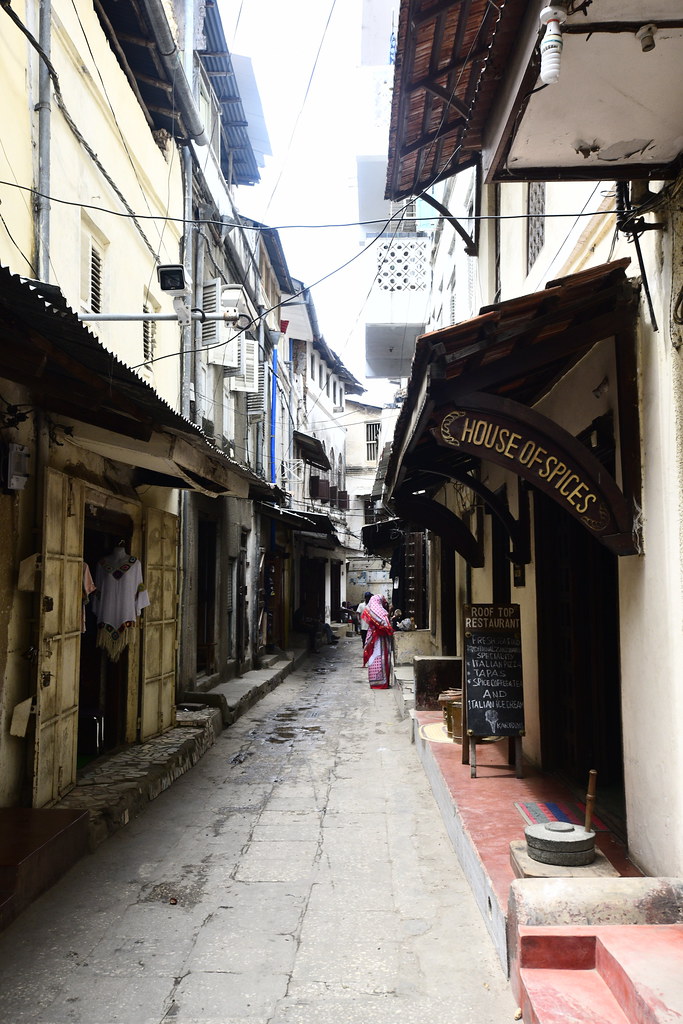 After everyone arrived in the morning, we started from our home base at Lost & Found Hostel and visited the following in order:

Freddie Mercury’s House: Did you know Freddie Mercury of Queen was born in Zanzibar? Well our hostel is right across the street facing it: 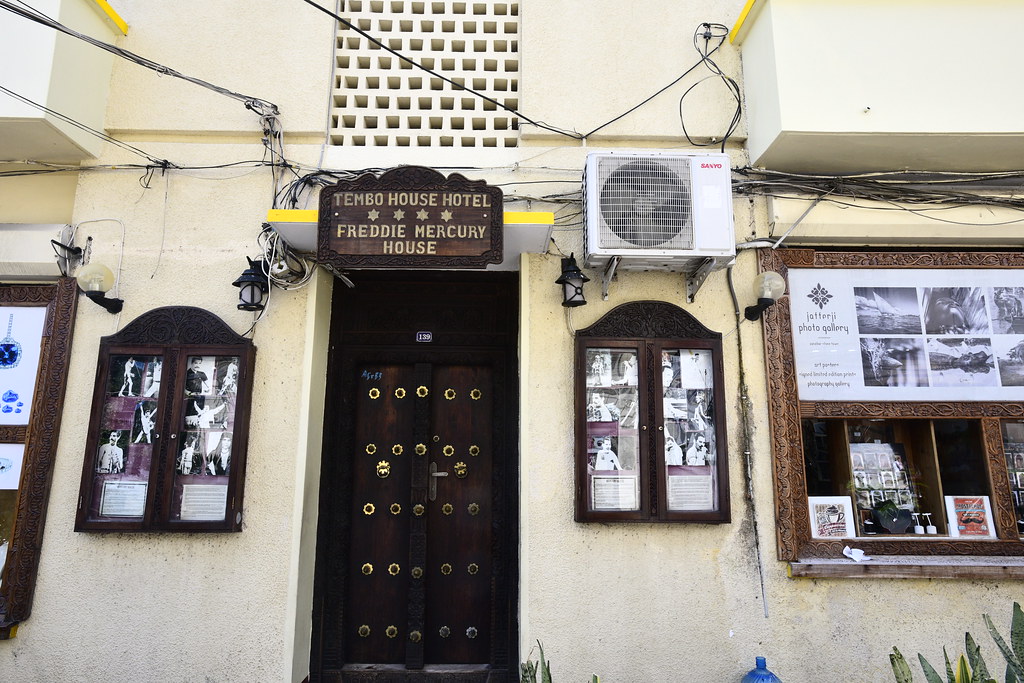 Old Fort: a 17th century stone fortress built by the Omani that now serves as a a cultural center with shops, workshops, and a small stage where live dance and music shows are held daily in its courtyard. 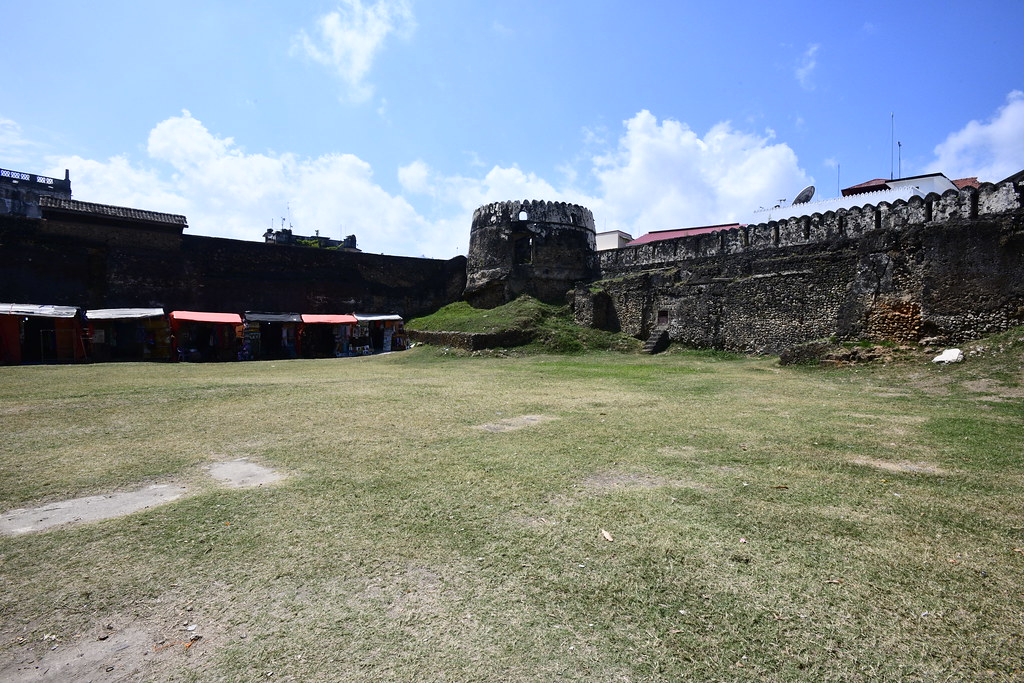 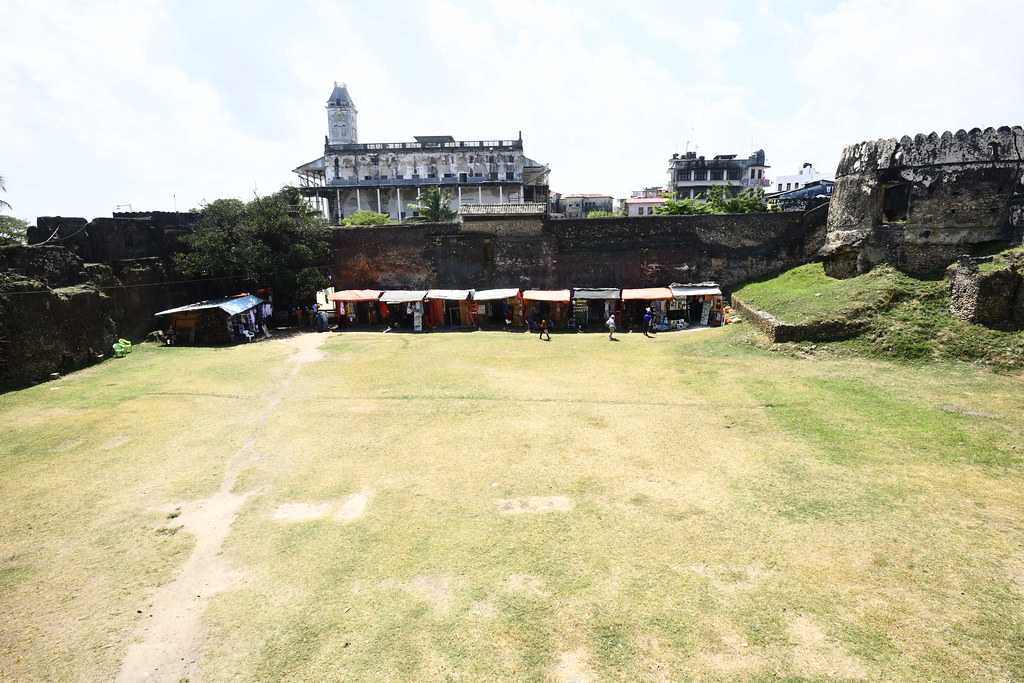 House of Wonders (aka “Palace of Wonders”, also known as Beit-al-Ajaib) is the most well-known landmarks of Stone Town. Built in 1883 and restored after the Anglo-Zanzibar War of 1896, it was the former Sultan’s residence before becoming the seat of the Afro-Shirazi Party after the revolution. It is know to be the first building in Zanzibar to have electricity as well as the first building in East Africa to boast an elevator.

It also played a role in the world’s shortest war at only 38 minutes long, when the British fired upon the island in 1896 after Khalid bin Barghash seized the throne after the death of his cousin and the ruling Sultan at the time.

Since 2000, it has been reconverted to a museum on Swahili and Zanzibar culture. 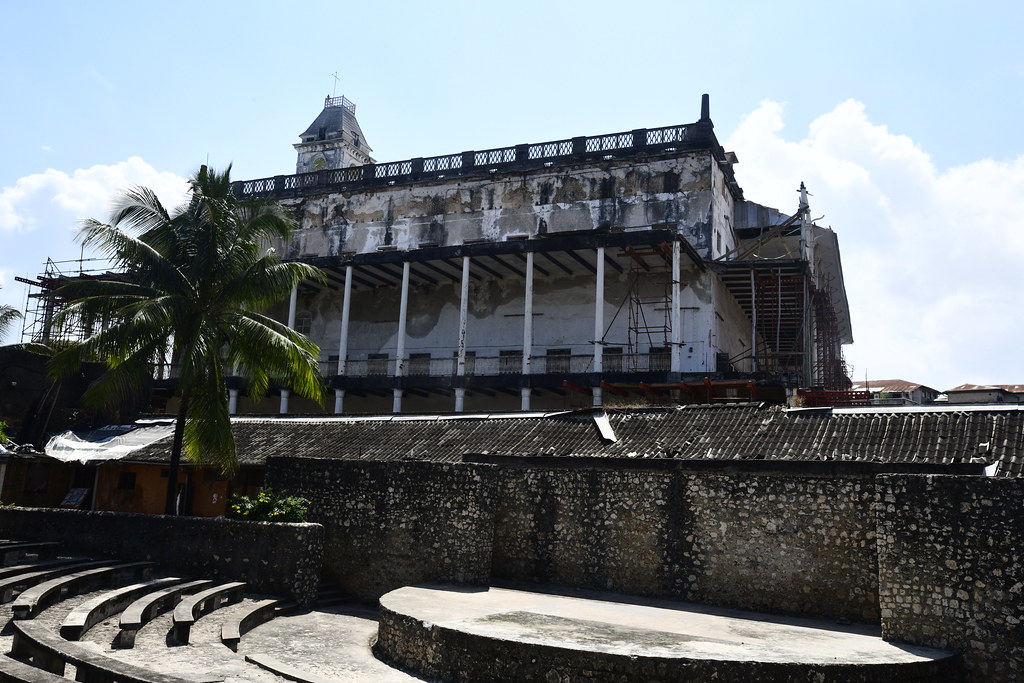 Palace Museum (or “Sultan’s Palace” aka “Beit el-Sahel” in Arabic) is the other former sultan’s palace located on the seafront and north of the House of Wonders. Built in late 19th century, it too has been converted into a museum about the daily life of the royal family, including items that belonged to Sayyida Salme, a former Zanzibar princess that fled to Europe with her husband 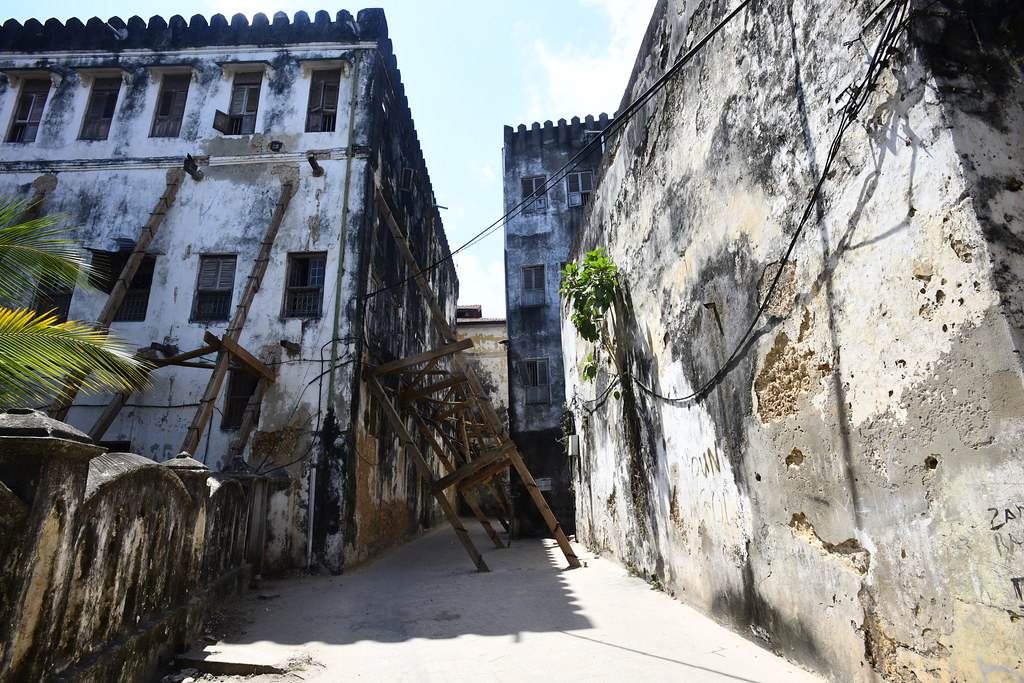 Then back north by the seafront we found the charming Old Dispensary. Built in 1894 as a charity hospital for the poor by Indian architects, it was later used as a dispensary. 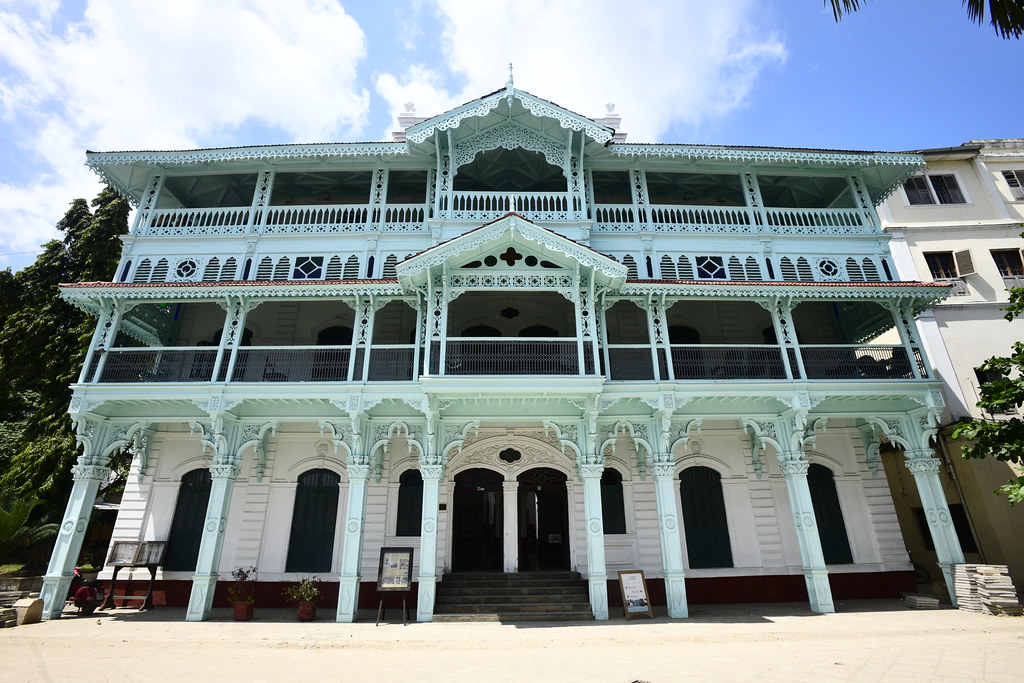 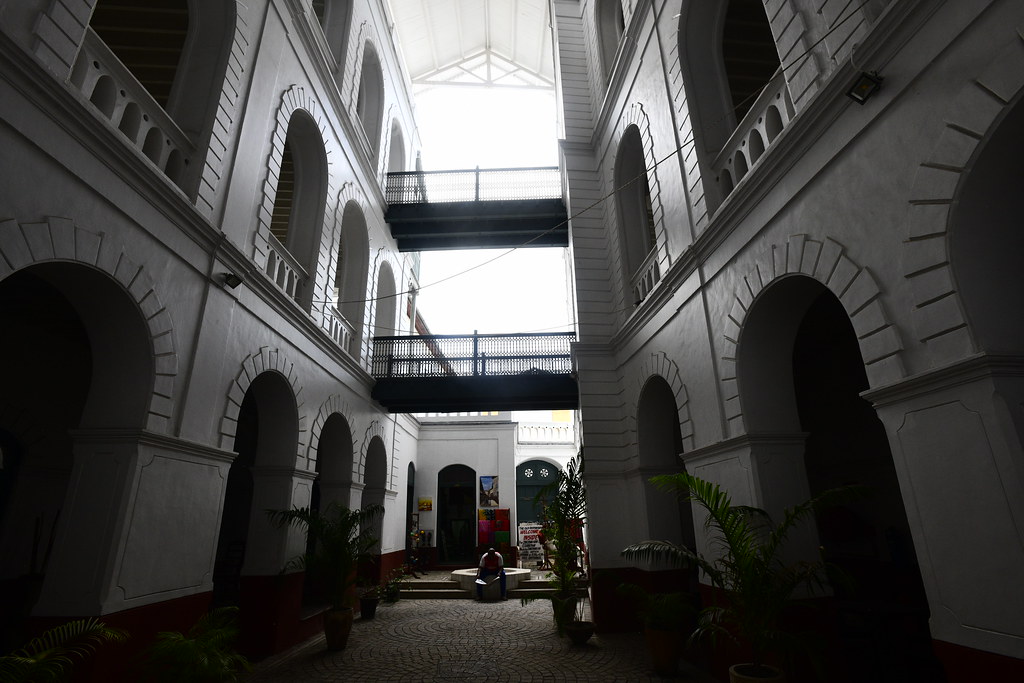 We tipped the front guard for a sneak up the rooftop and views over Stone Town: 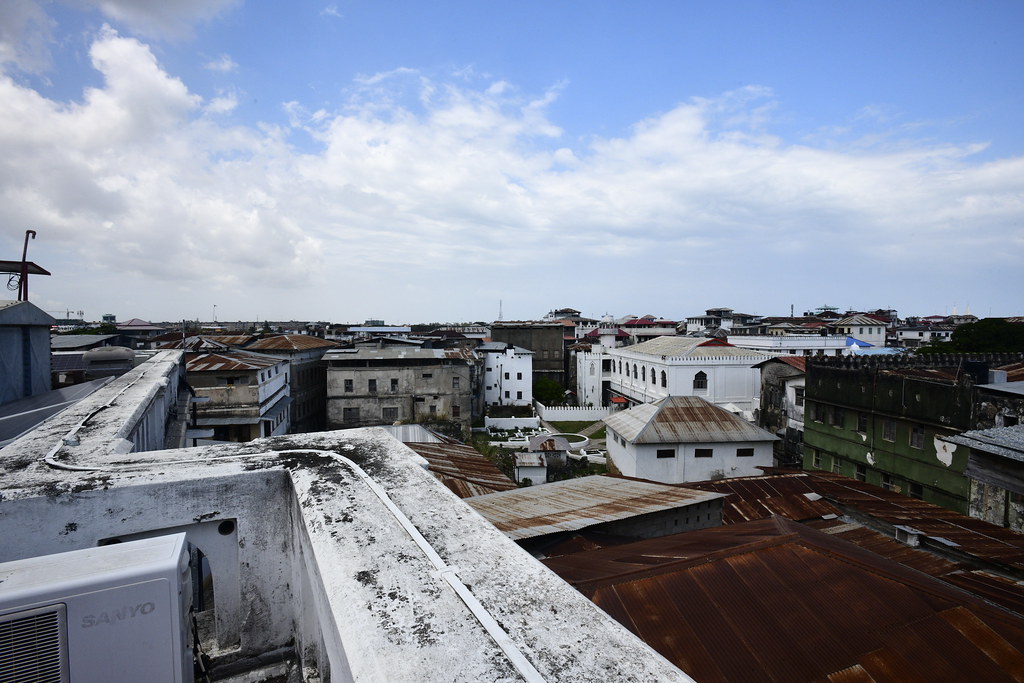 We then headed back into the maw for the Anglican Cathedral, which sits atop the world’s last slave market with the altar built over the market’s whipping post. $3 admission. 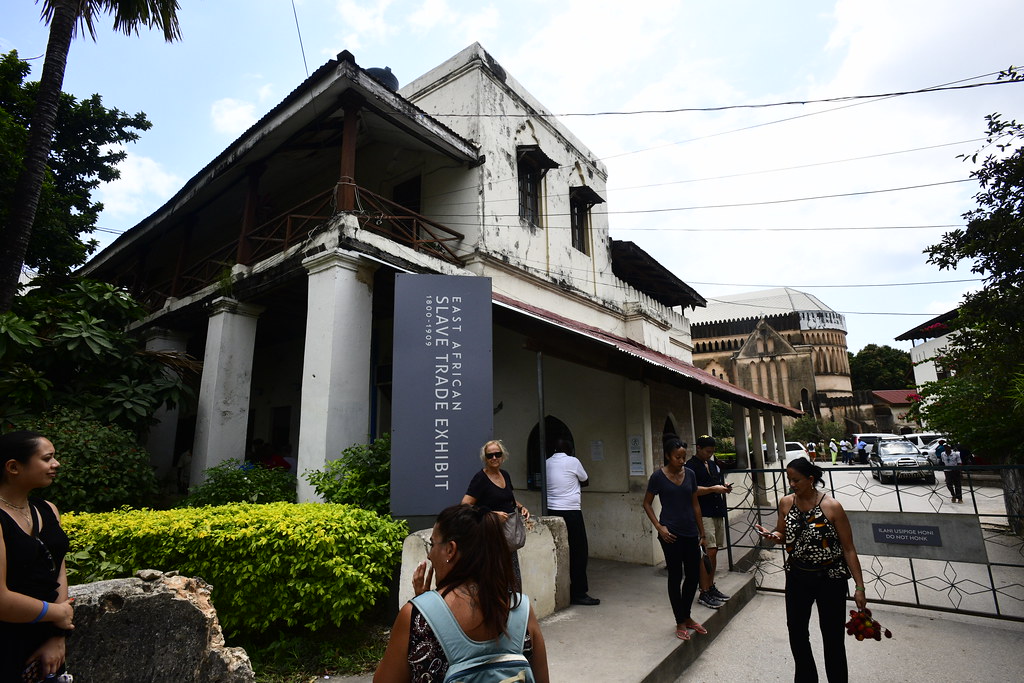 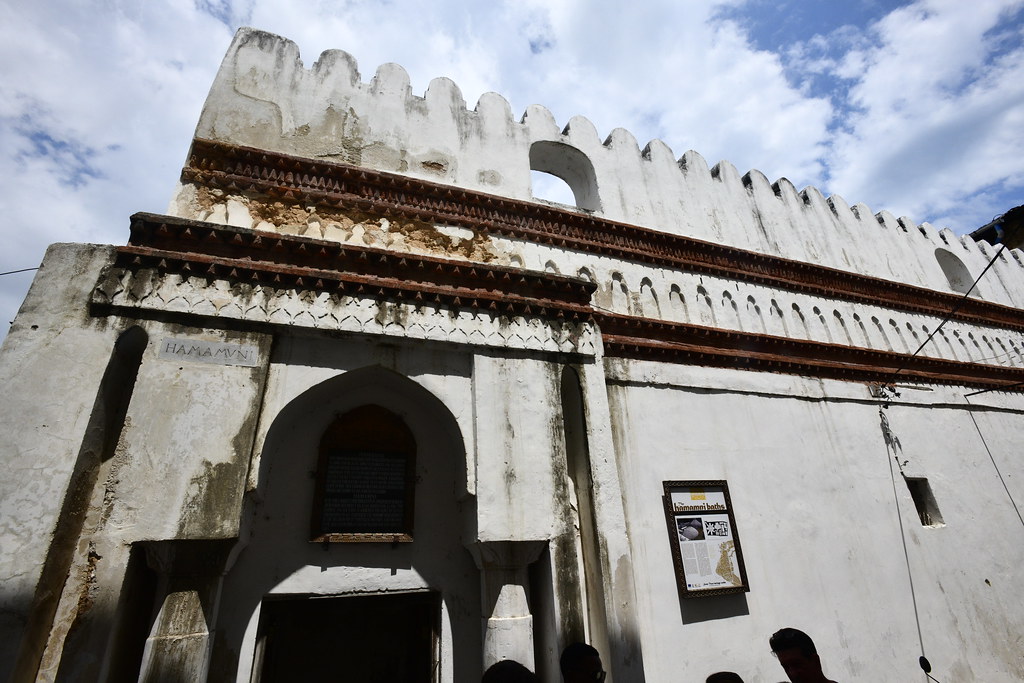 International phone calls are only allowed for tall people here (think this is a public art installation): 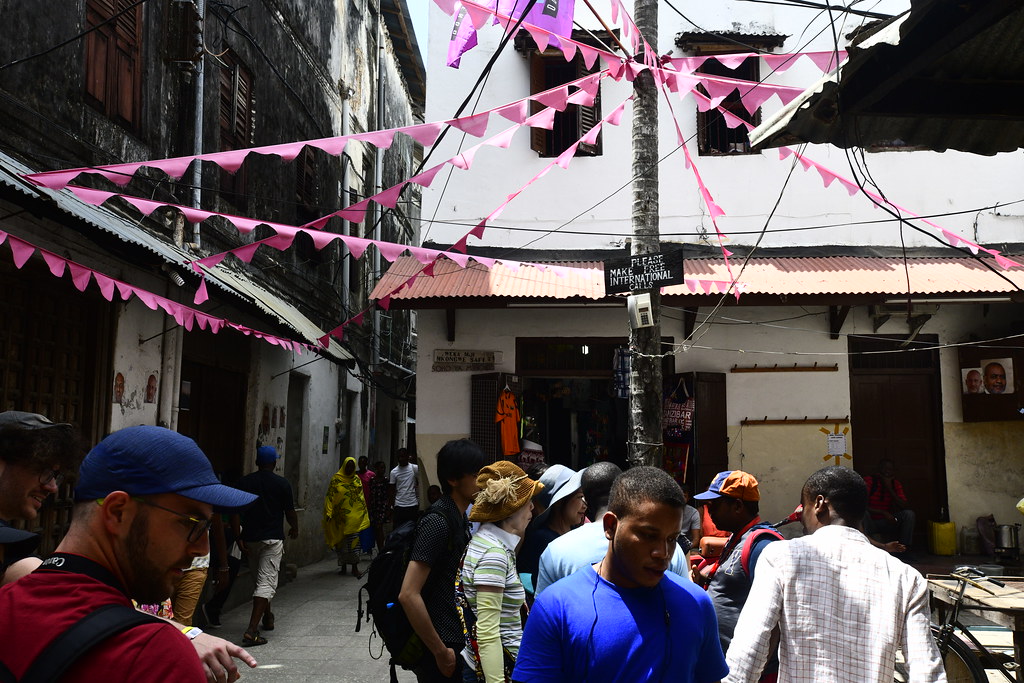 St Joseph’s Cathedral, unique for being a Christian site in a predominantly Muslim city. Although we found the front gate shuttered, we were able to sneak in through the backdoor via the parish and school entrance. 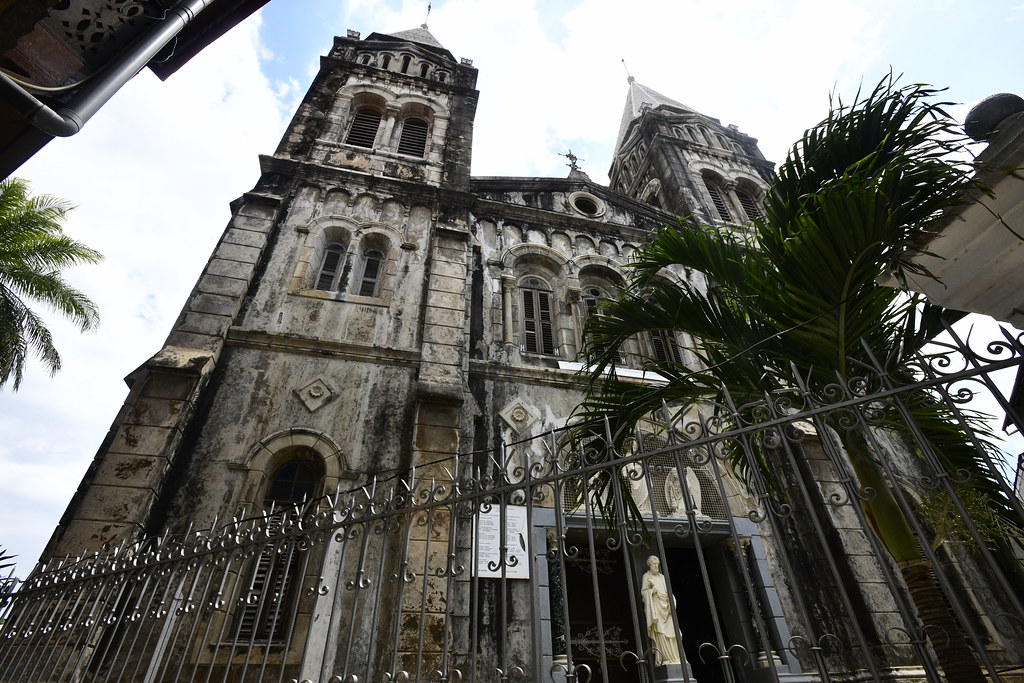 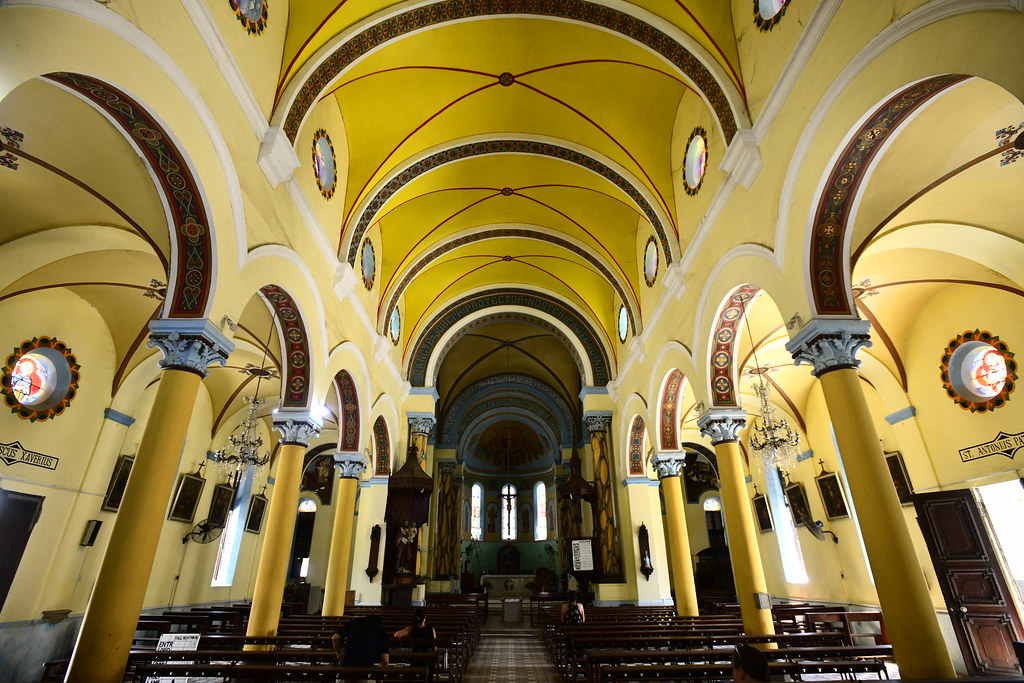 Tippu Tip’s House, home to one of East Africa’s richest and most powerful slave traders. 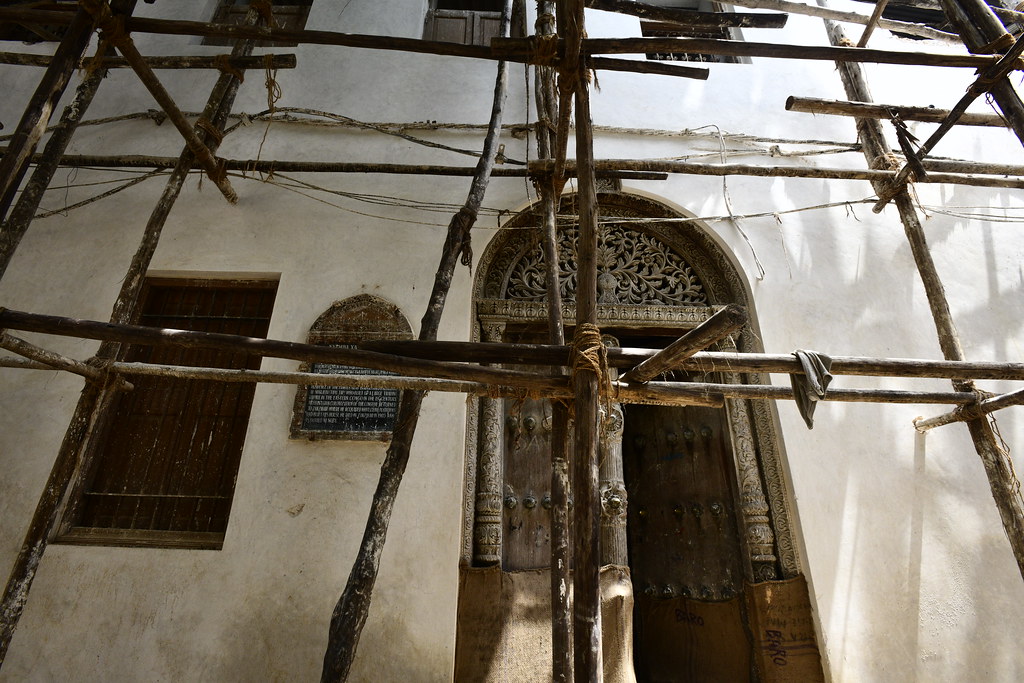 And if you’re hungry head to Forodhani Gardens, a small park located on the main seawalk of Stone Town, right in front of the Old Fort and the House of Wonders. Every evening after sunset the gardens host a popular, tourist-oriented food market filled with stalls selling grilled seafood and other Zanzibari delights. 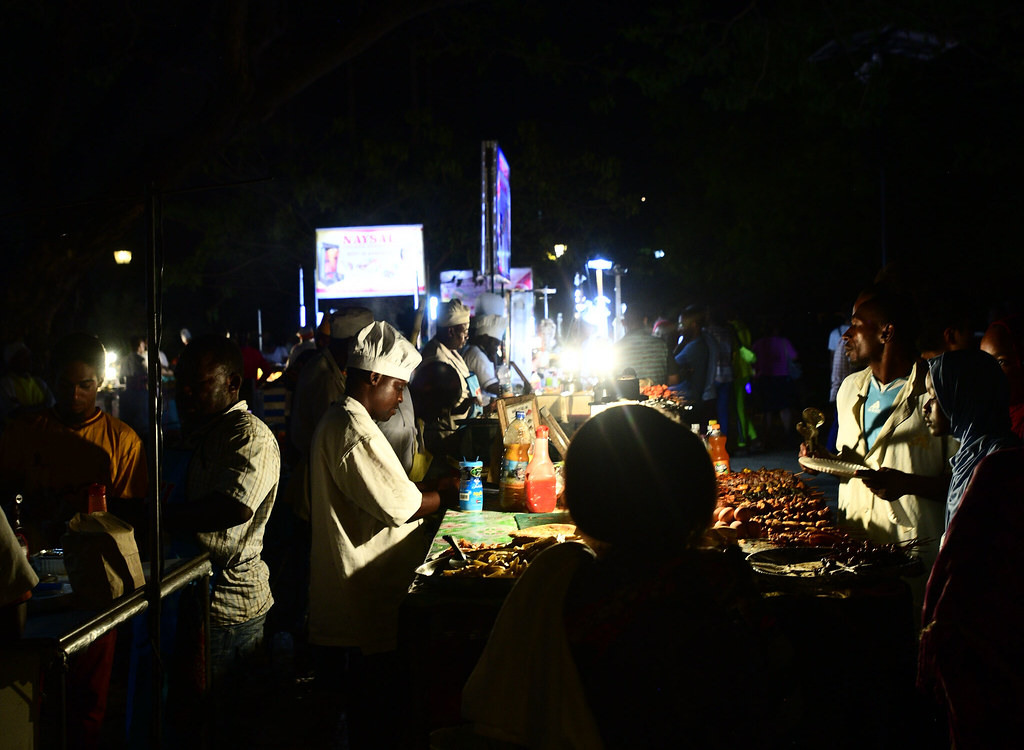 Feeling a little fancier? For our first night and thanks to Sarah’s sleuthing skills, we were able to dine at arguably the #1 restuarant in Zanzibar: The Rooftop Tea House Restaurant at the Emerson on Hurumzi. Come at 6pm for the sunset though: 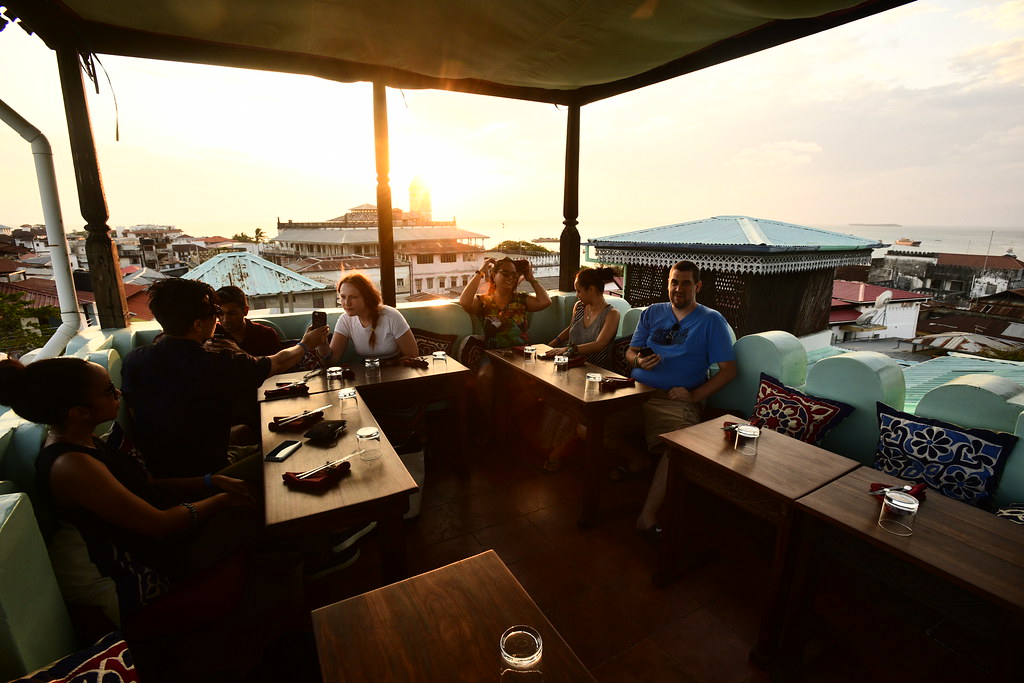 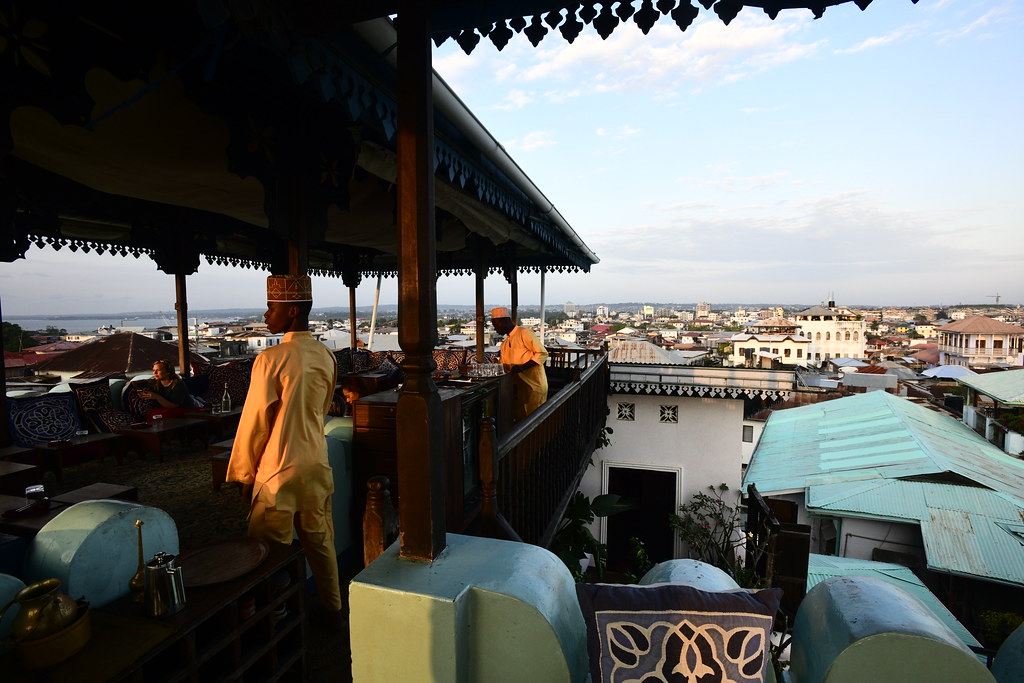 Serving local Zanzibar cuisine every night at 7pm, the restaurant serves a 3 course set menu for $35 per person with a required $10 per person deposit ahead of time. 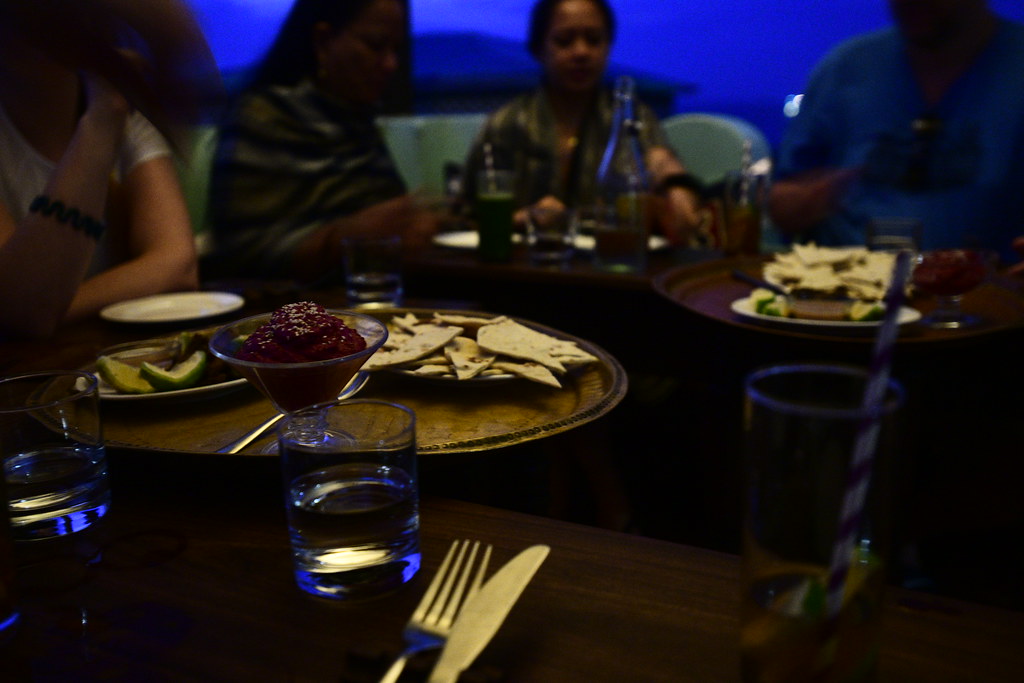 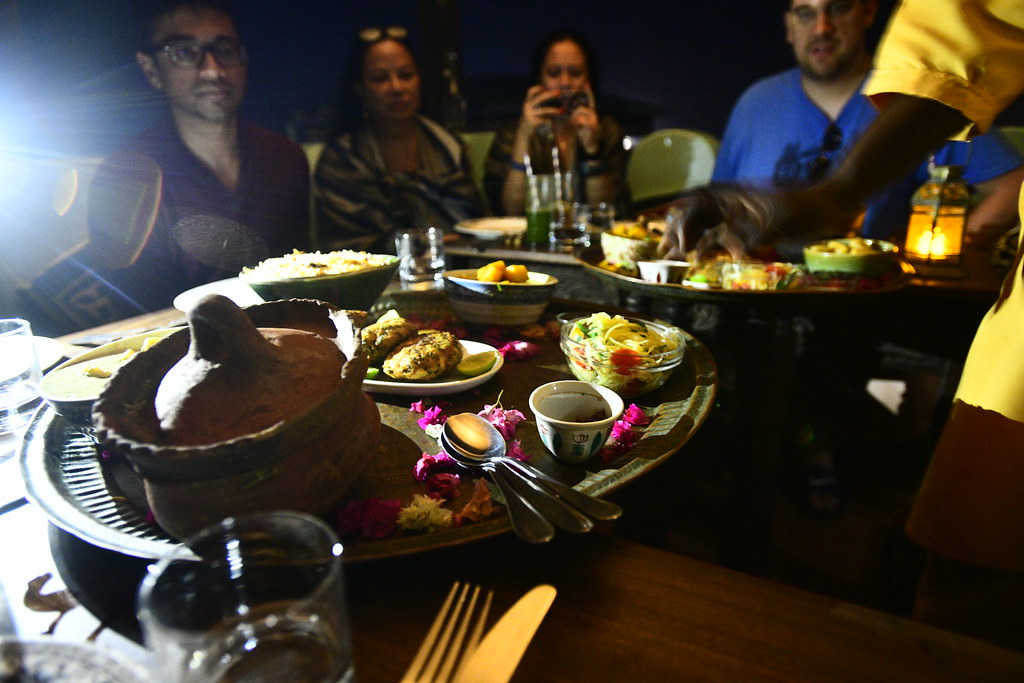 The whole thing takes 3-4 hours and is an experience not to be missed.

Stone Town: One of the best beginnings to a trip I’ve had so far!