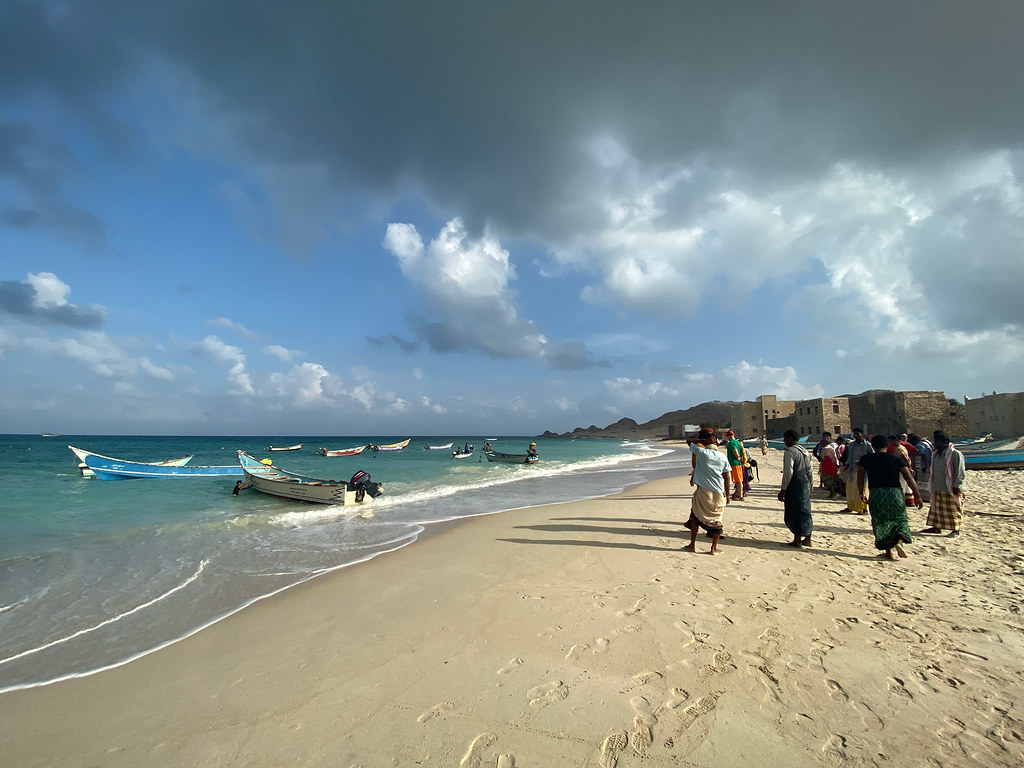 All things must come to an end. On our last official day in Socotra and from our campsites at Detwah, we woke up to take a 2 long rocky boat trip to Shuaab. 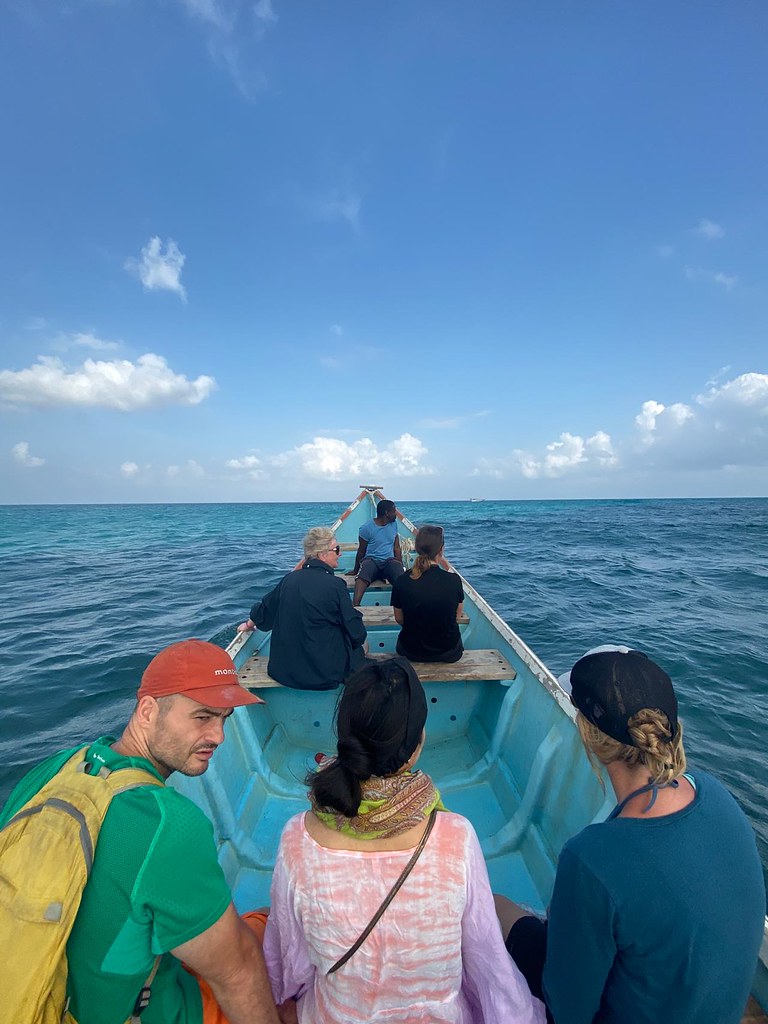 The waves were rough, as we almost capsized more times I would have wanted to count. But we passed by huge rock formations, countless jellyfish and a few dolphins:

There we quickly dipped in at the most beautiful beach of Socotra: 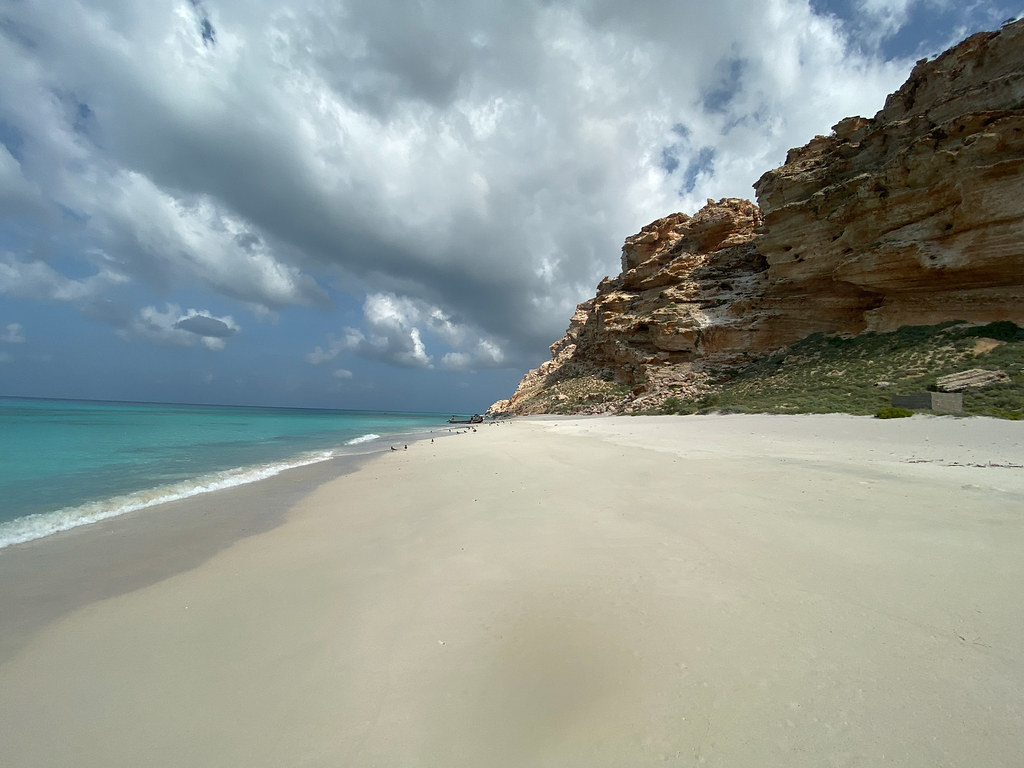 We then quickly returned back on the 2 hour ride back to shore and after a detour for lunch in a cave, drove onwards to Hadibo. 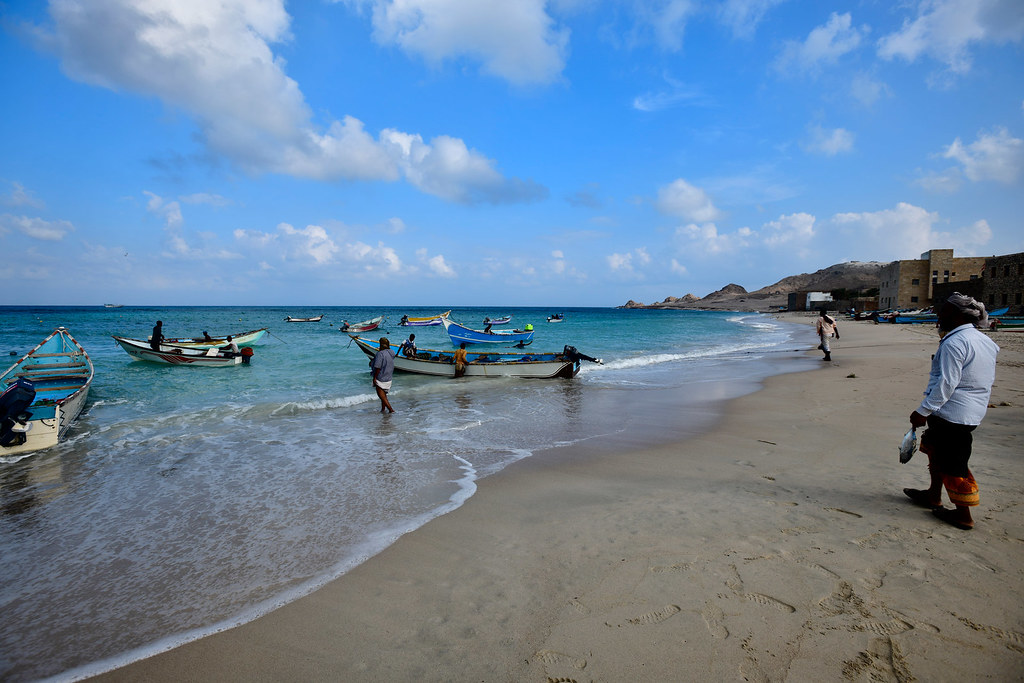 Before arriving at our hotel, we stopped by at a khat market, where the stimulating narcotic — all the rage in Eastern Africa — is sold: 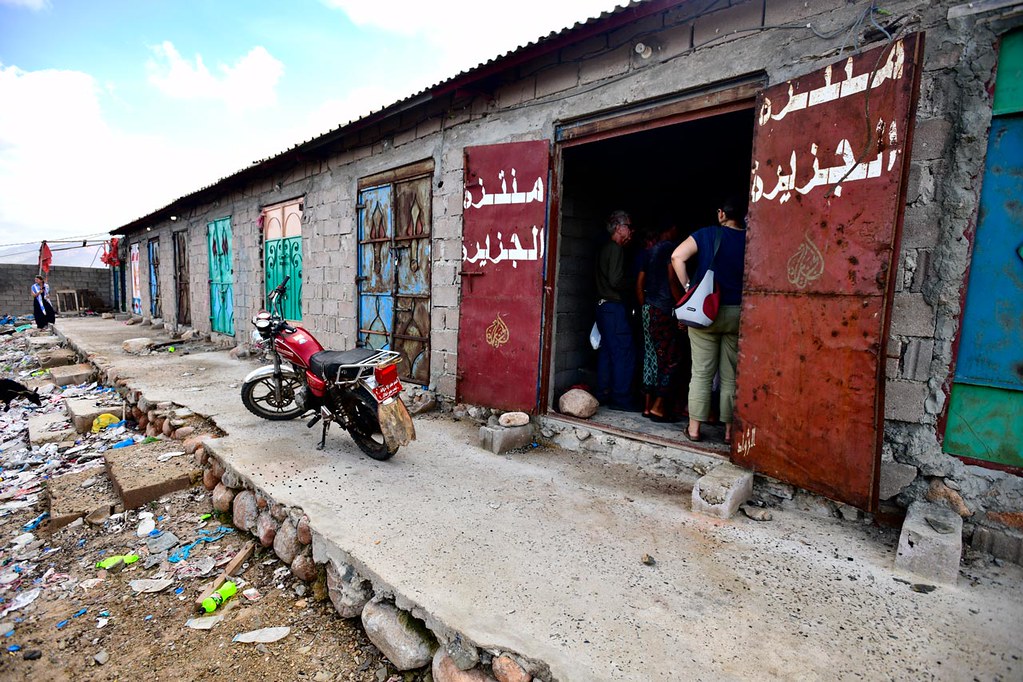 We then stopped by the streets of the manufacturers of doors; these artists make ornate doors that can be found around many countries in the Middle East.

Each door is unique and is supposed to represent the family that lives inside the house it protects. 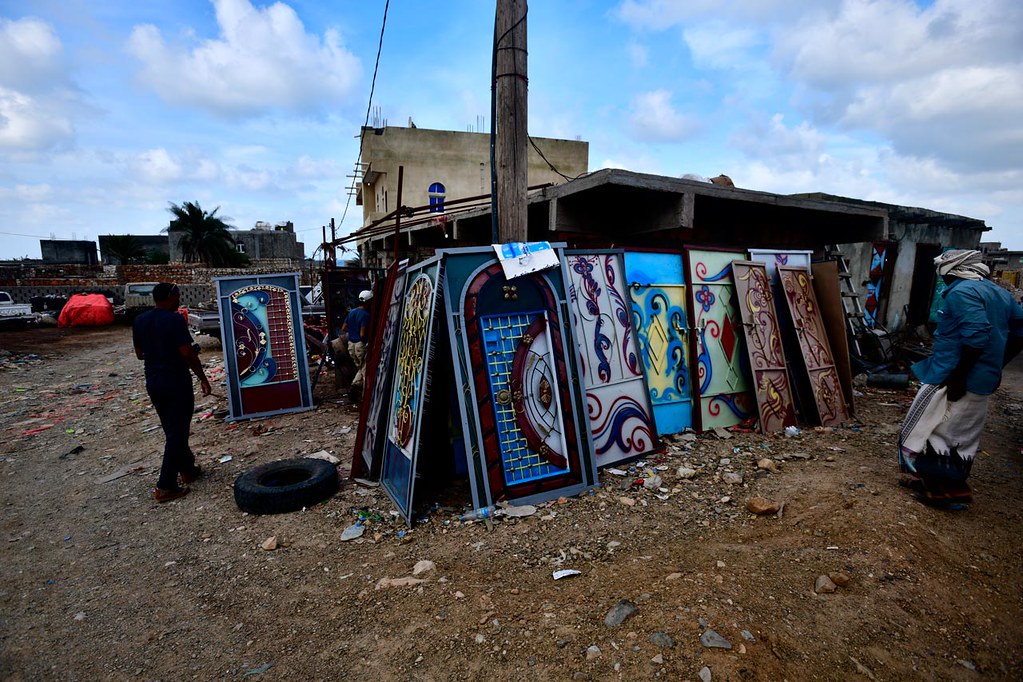 Once we arrived back at our hotels, we freshened up and drove to a beach to the east for a farewell ceremonial dance by a few locals. 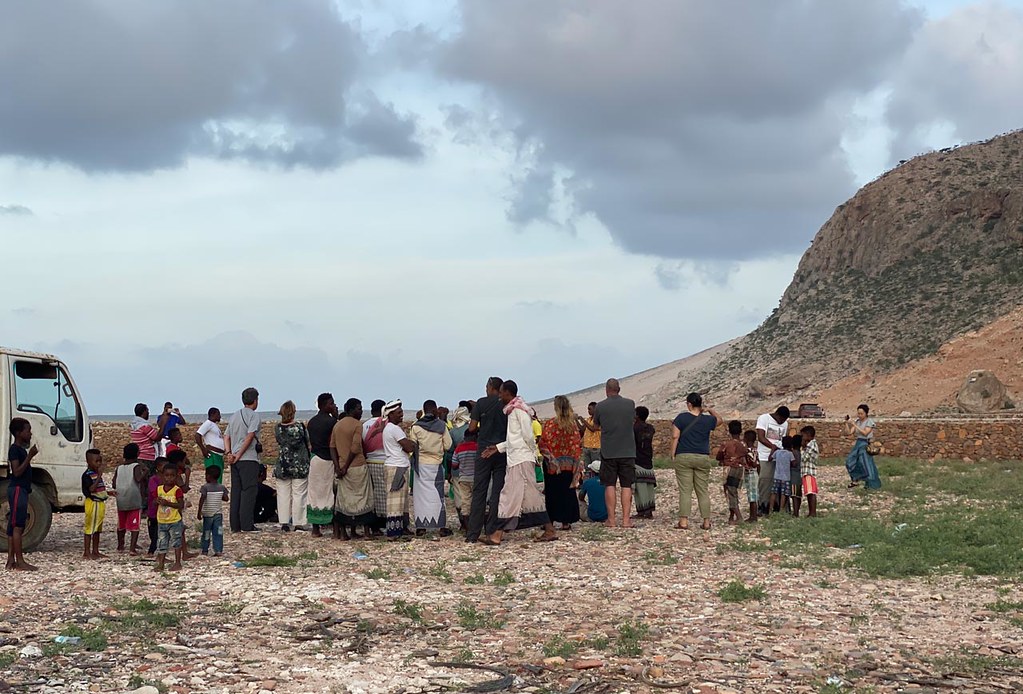 Then as the next morning arrived, we woke up early at 6:30am to catch our 9:45am flight back to Cairo. 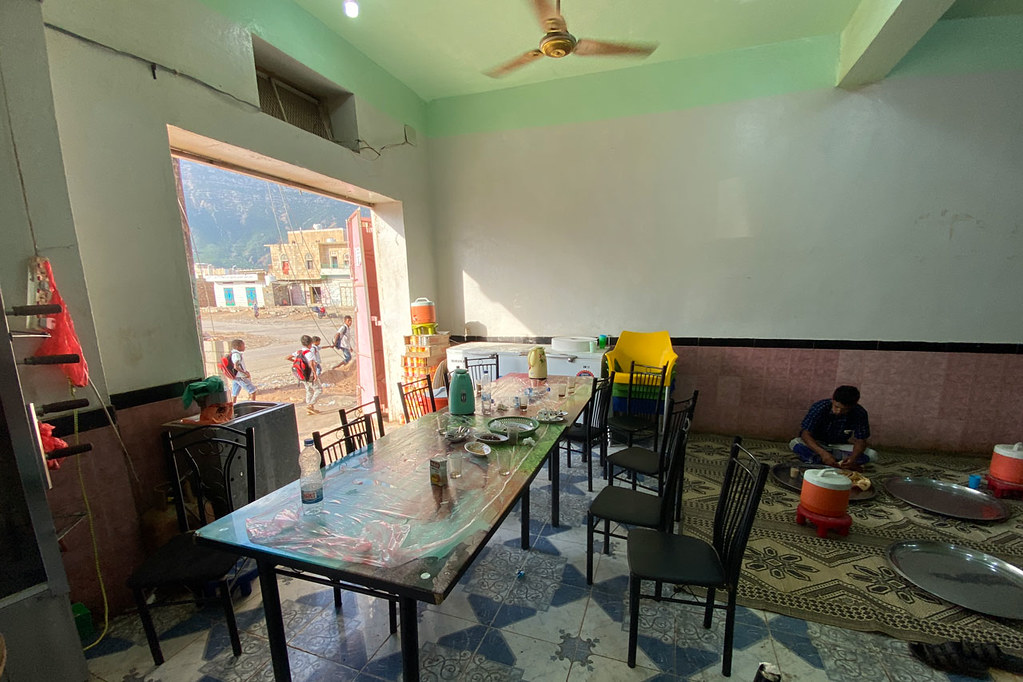 On the wait towards the airport, we decided to make a quick detour to the fish market. Here the fishermen bring a cornucopia of sea creatures and try to sell them to make ends meet, turning this area into Japanese style auctions! 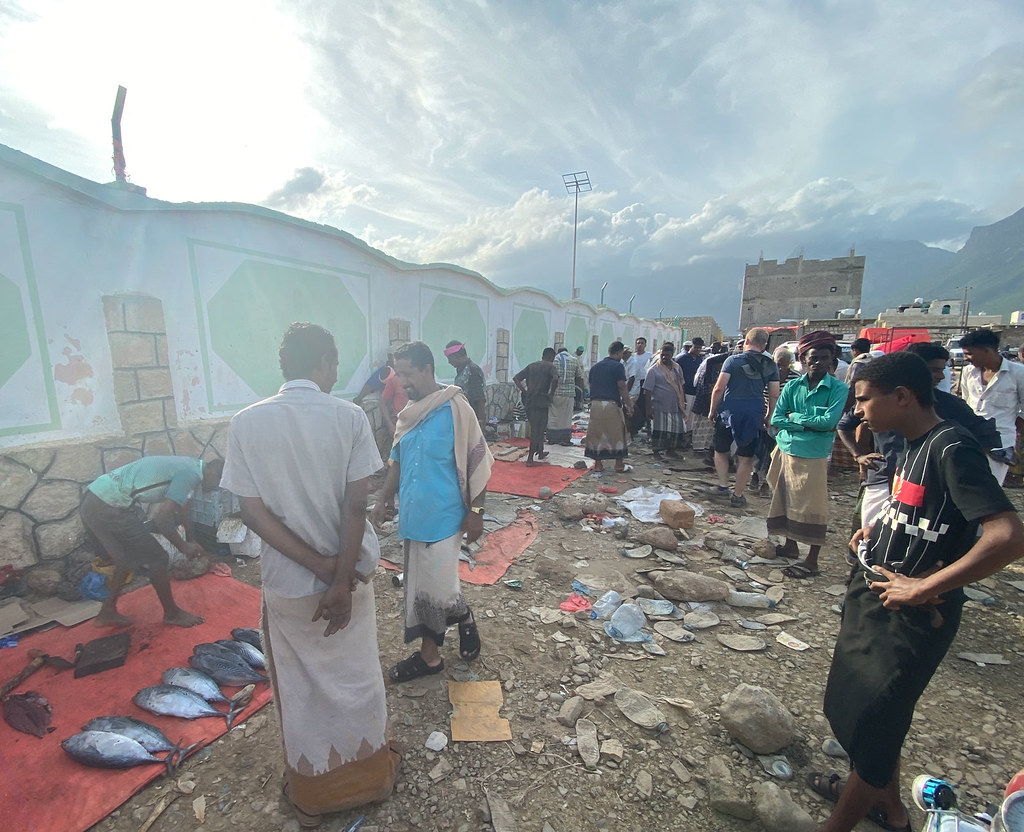 Then I quickly bought a keffiyeh as a keepsake before driving off to the airport where we waited for hours for our notoriously delayed return flight to arrive. 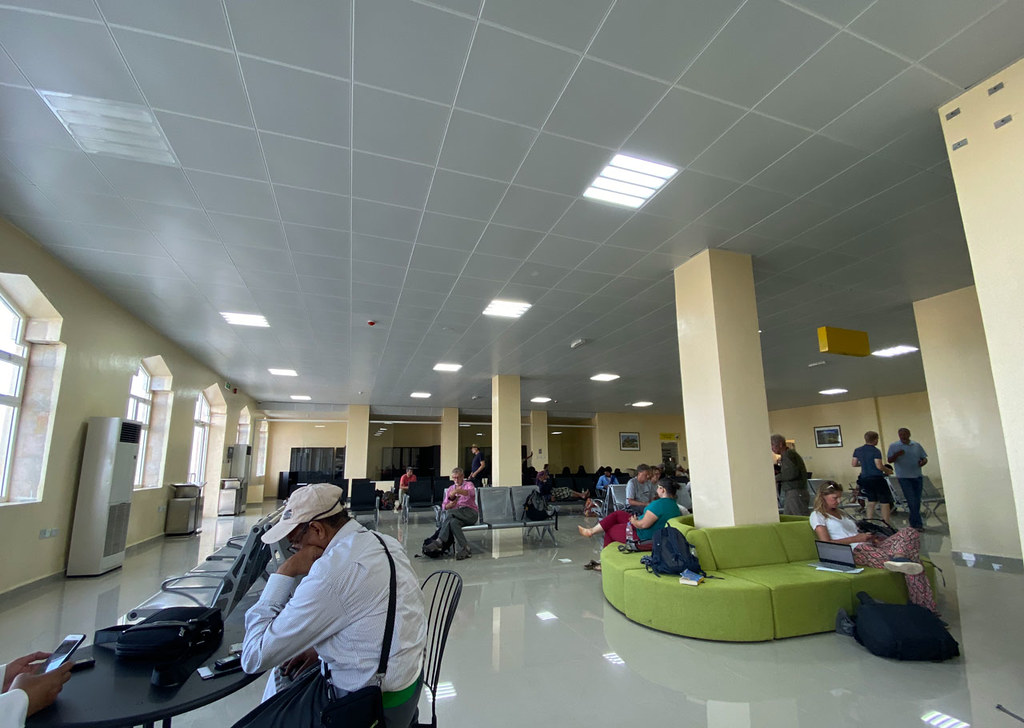 Time to begin the next monsoon!