Onwards to another monsoon! After being approved for a last minute Algerian visa only yesterday, I spent the last 24 hours scrambling for flights out of NYC. Thanks to Evan Danek’s advice, I quickly cashed in 47,500 British Airways Avios miles (that were going to expire on me anyways in 2 days!) for a Premium Economy itinerary consisting of 2 flights from NYC to LON to BCN.

Don’t let the “economy” in “Economy Premium” fool you — the seats in this cabin are wider, the cabin is more secluded, the cushion is comfier, and the food is fantastic. I even got free champagne to begin the flight. For the value, I would consider spending a couple hundred dollars extra to upgrade next time if I didn’t have the Avios miles. 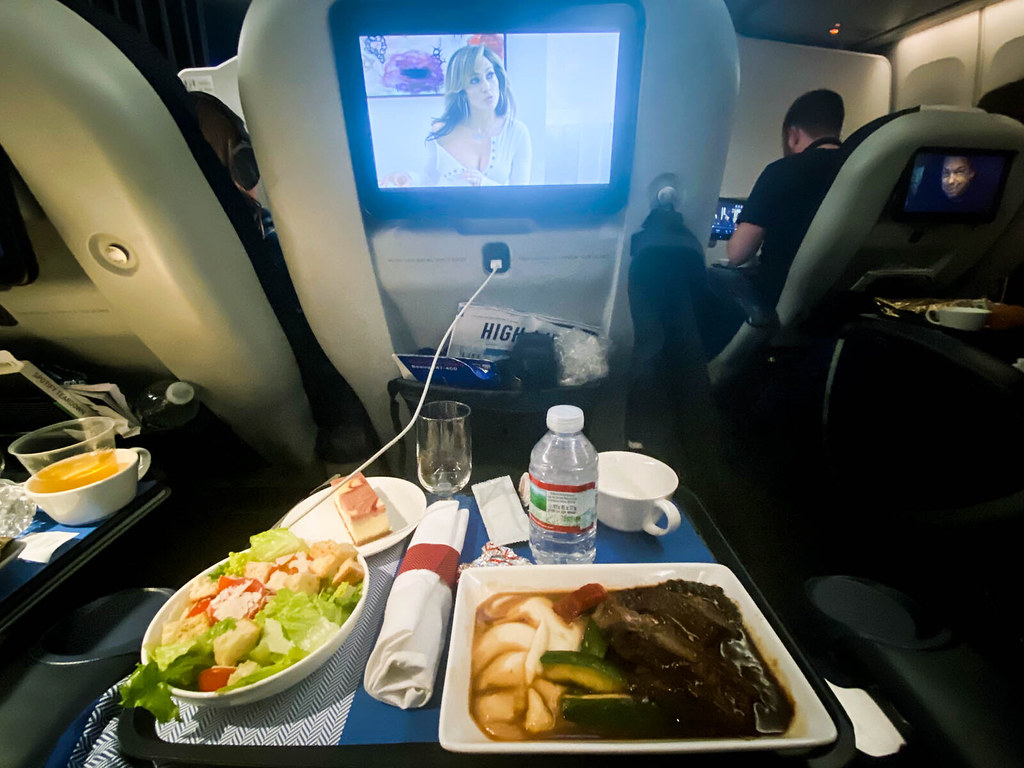 After arriving at BCN airport in Barcelona, I then spent around $200 for a budget Vueling flight from BCN to ALG, arriving into the capital city of Africa’s largest country, Algiers, at 10:30pm.

To add to the tough visa process and probably due to the recent civil wars that has made Algeria very difficult tourist destination, they still gave me a hard time at passports control even with an official visa. 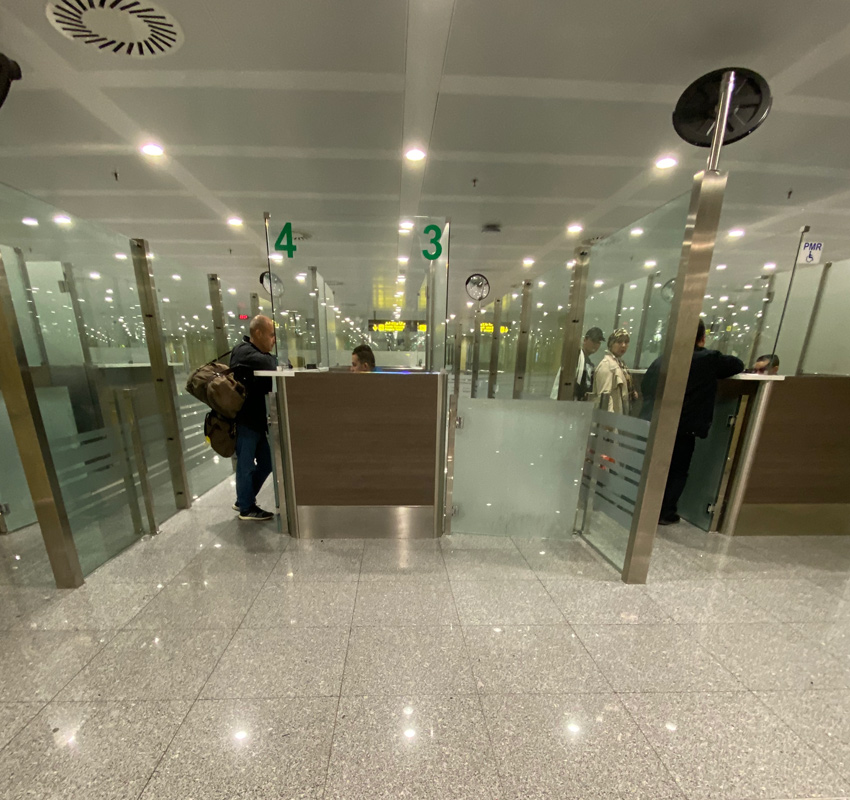 There before stamping me in the immigrations officer ordered me to show him my invitation letter (which I had to produce by turning on my laptop and then waited for him as he wrote down its details) and then was asked to wait about another 10 minutes without my passport before they let me on my way.

Then I had to go through another formal security screening (as if I was entering the airport!), before I was allowed further on to baggage claims and customs. 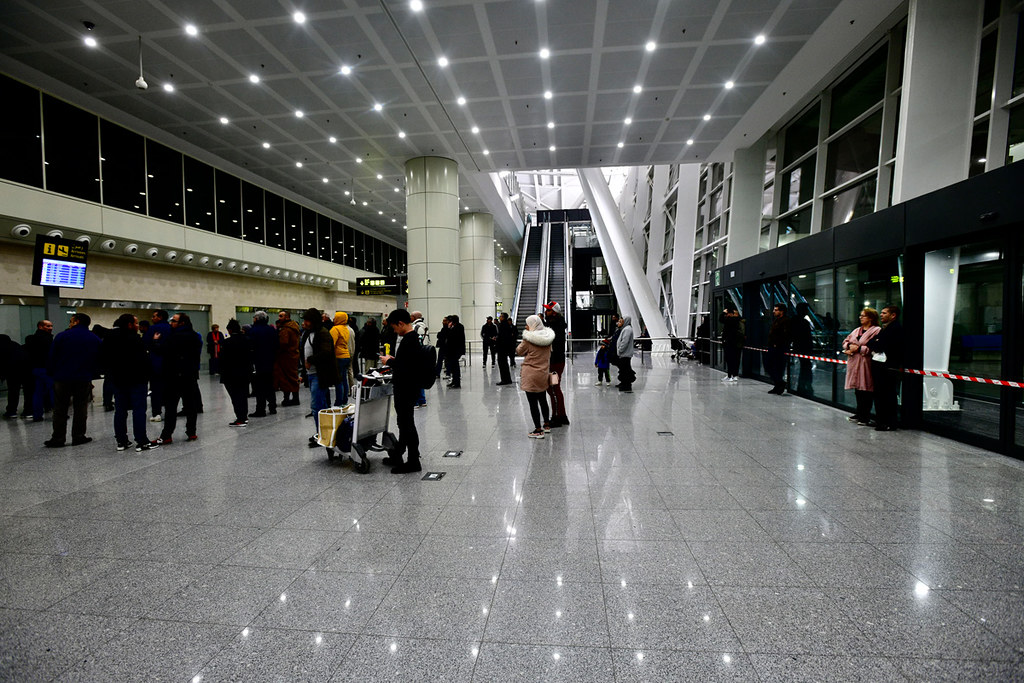 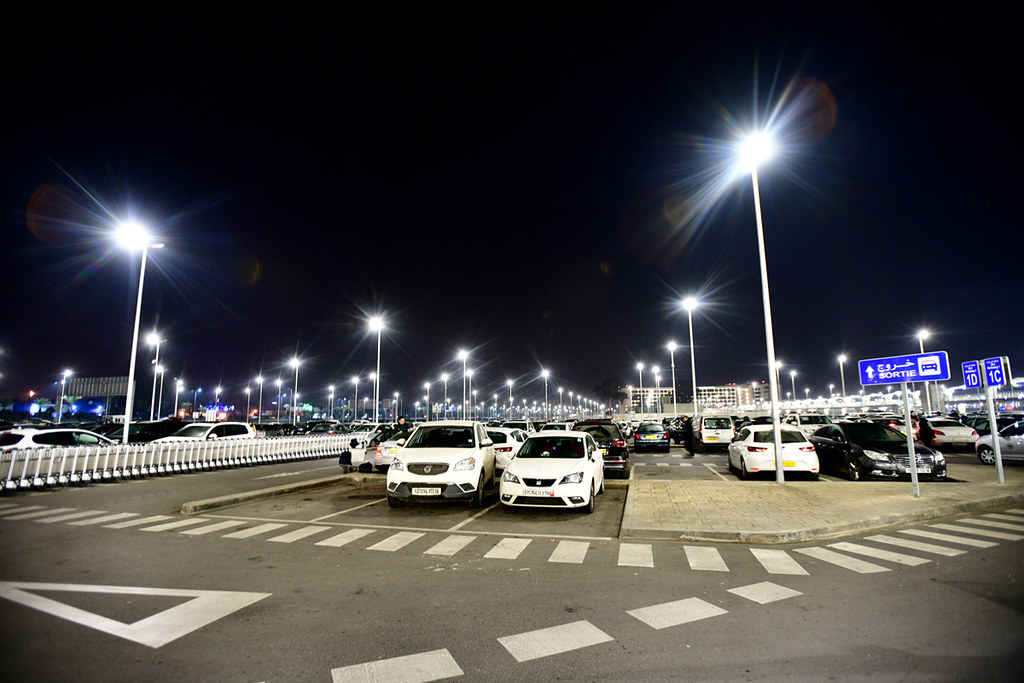 I was then picked up by my pre-arranged driver, checked into my single room at Hotel Samir, and passed out. 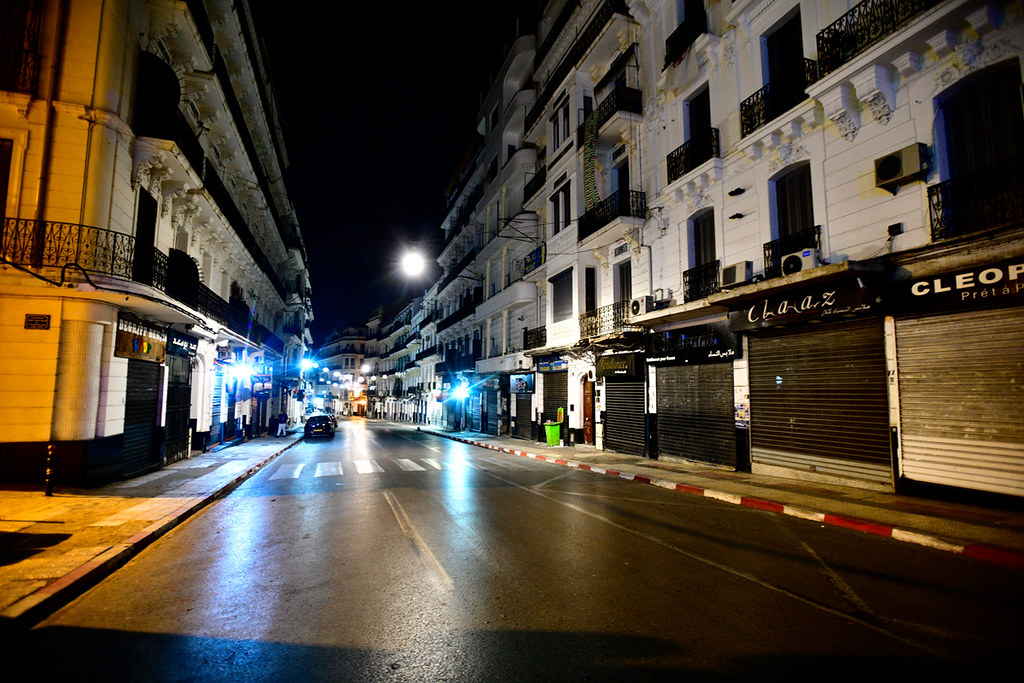 The next morning after breakfast and a round of introductions to the rest of the group (and reuniting with William, Waka and our YPT guide Pier, whom I traveled with only a month ago as we were Socotra-pped on an Island!), we headed out with a drive uphill to the Basilica Our Lady of Africa, emblematic of the French colonial influence still present in Algiers. 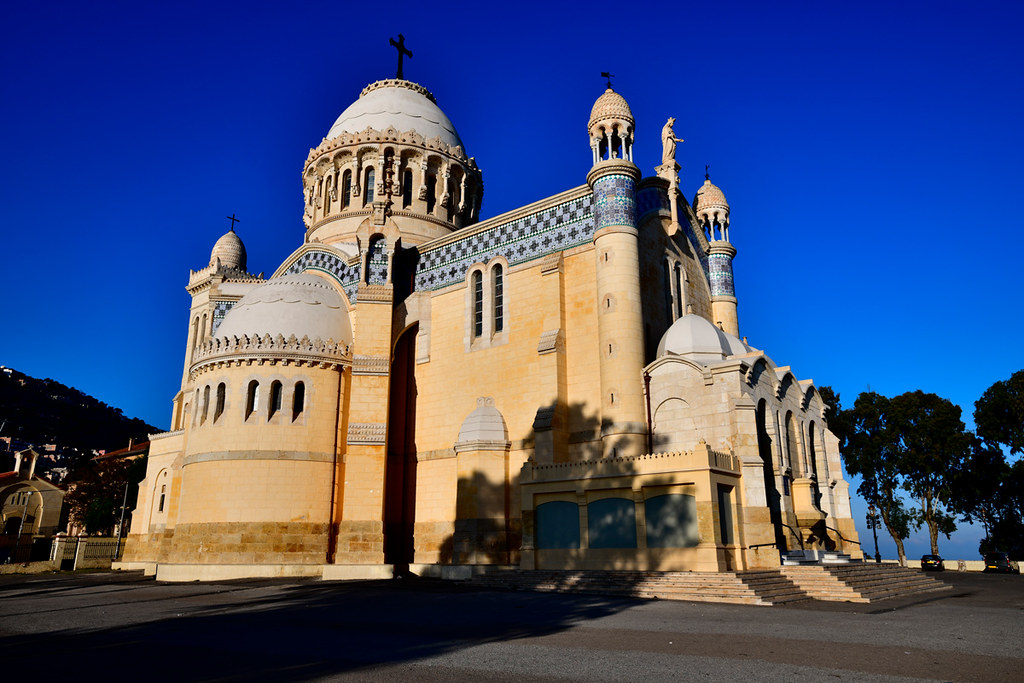 From there we began our walking tour of the Kasbah of Algiers. You should start with a panoramic view of the Kasbah either from the Basilica or any of the houses at the top:

One of the oldest parts of Algiers and now a UNESCO World Heritage Site, the Kasbah is a large triangular-shaped citadel on a hill, filled with winding streets and hidden treasures. 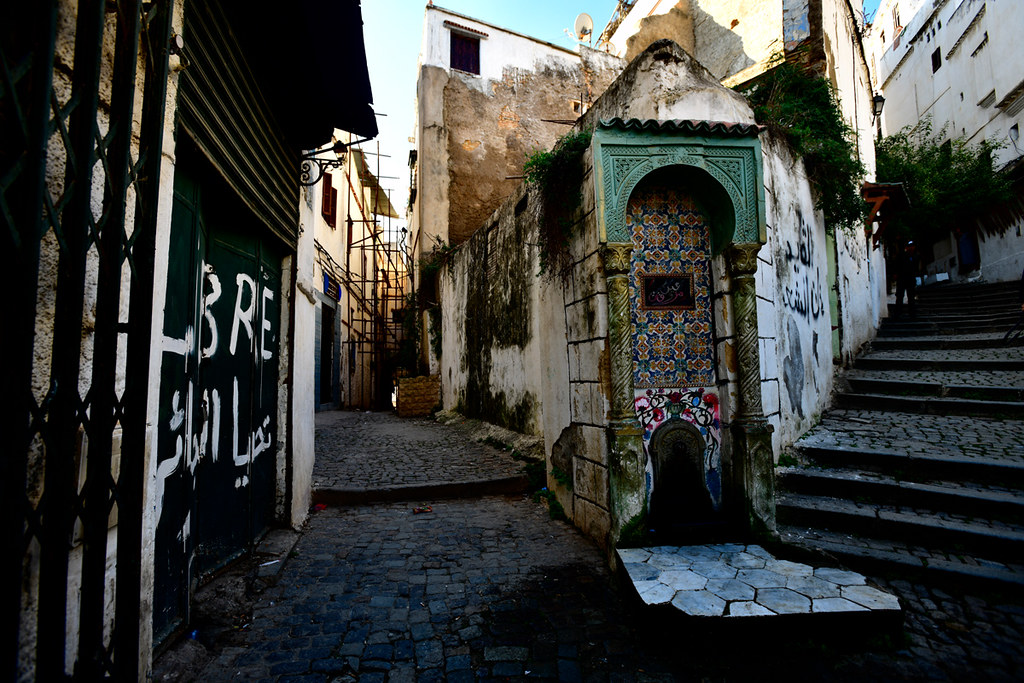 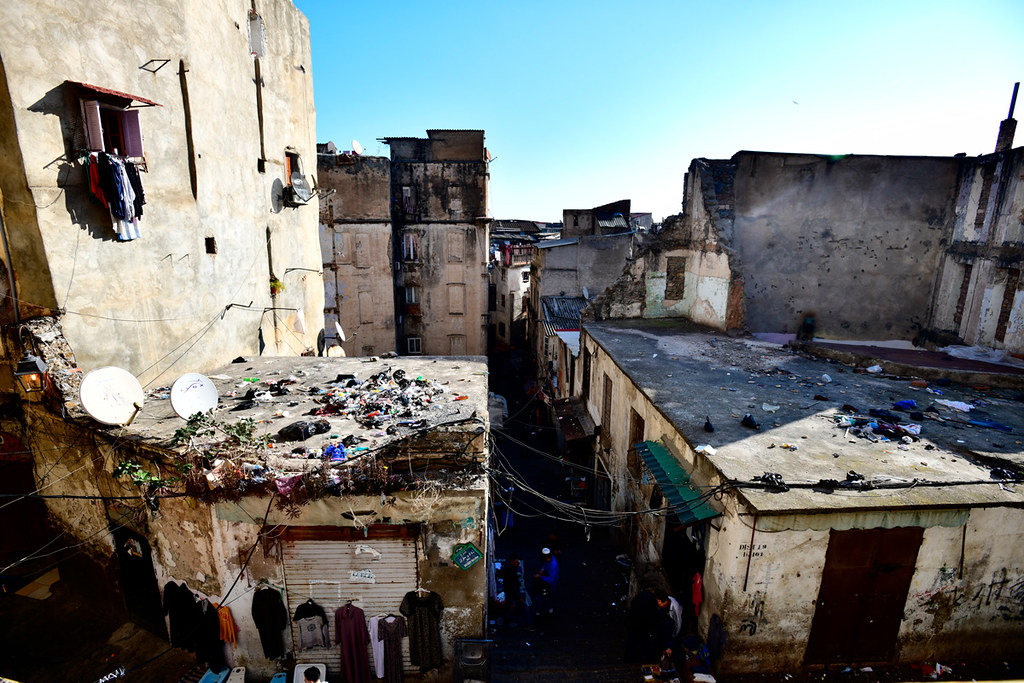 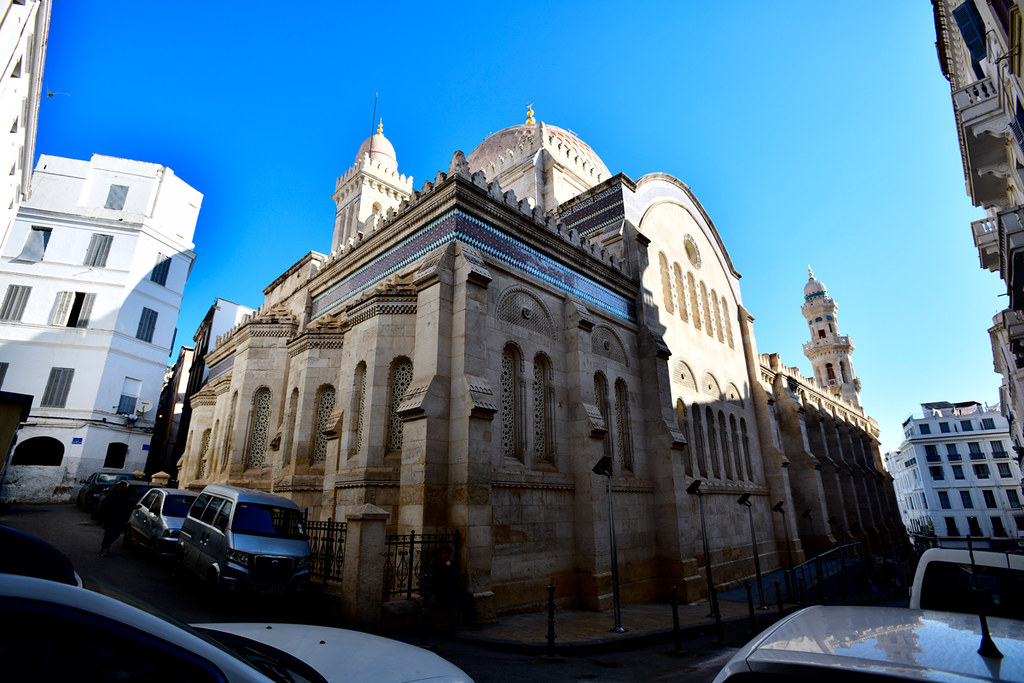 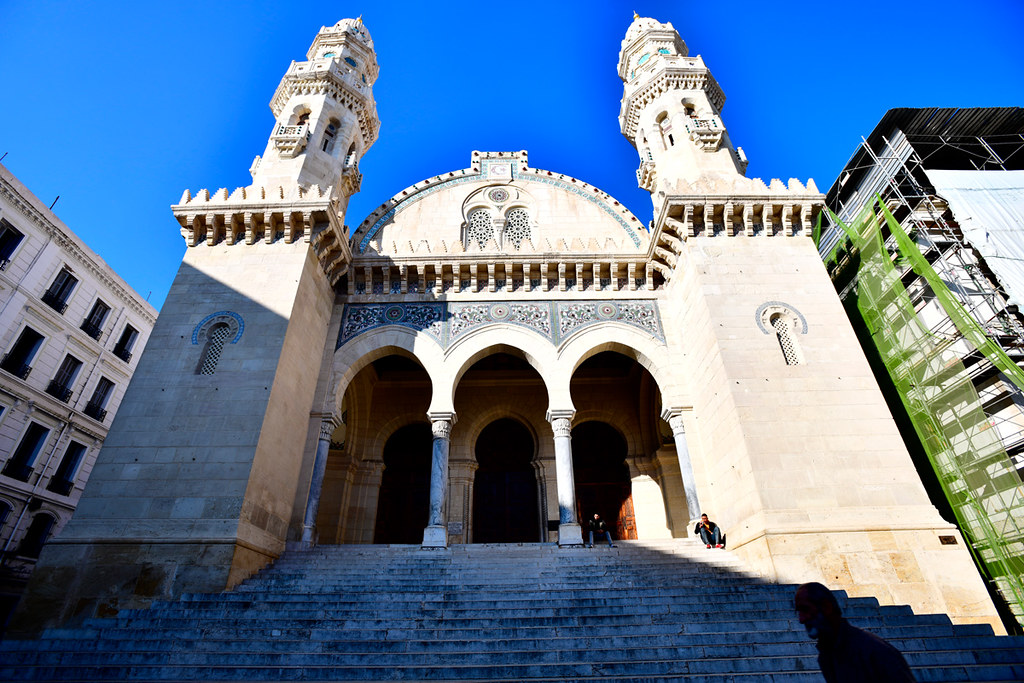 Within the Kasbah we briefly stopped inside Dar Khedaoudj el Amia, a former palace built in 1570. 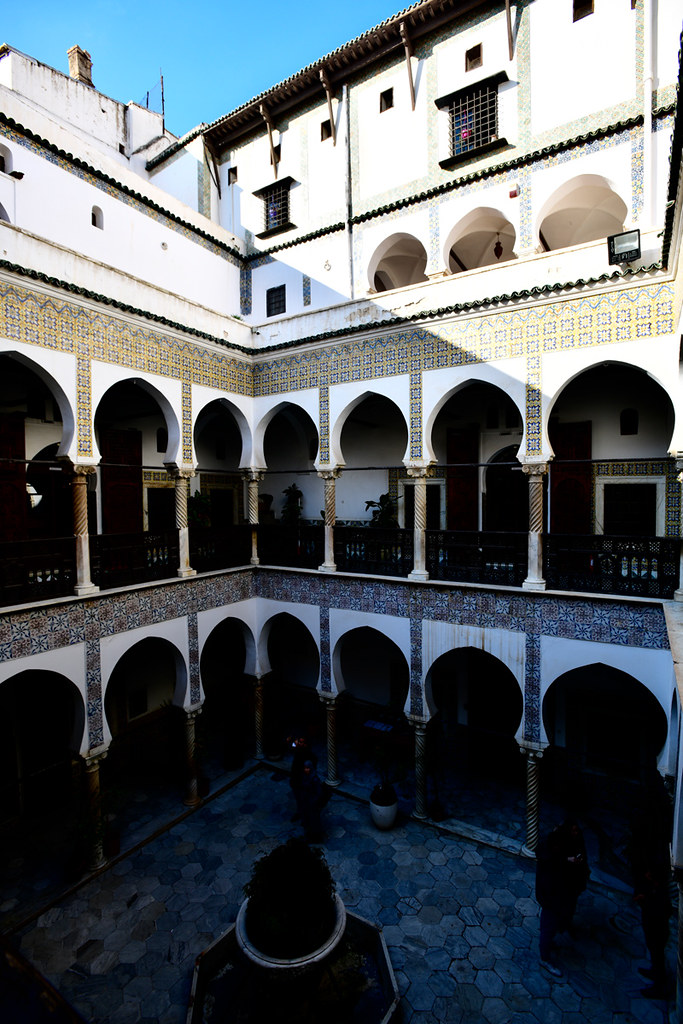 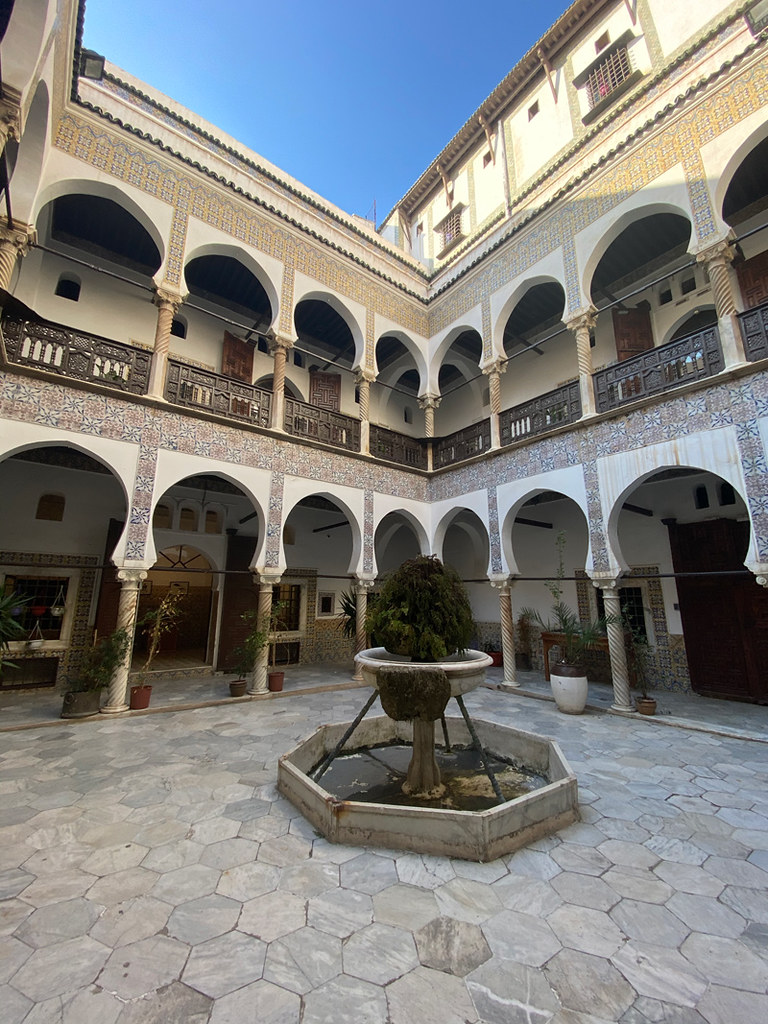 At some point you’ll arrive at Martyr Square, home to both Algiers’ oldest and newest mosques, as well as an excavation site of local ruins dating back to the Phoenicians (discovered when they were building the subway): 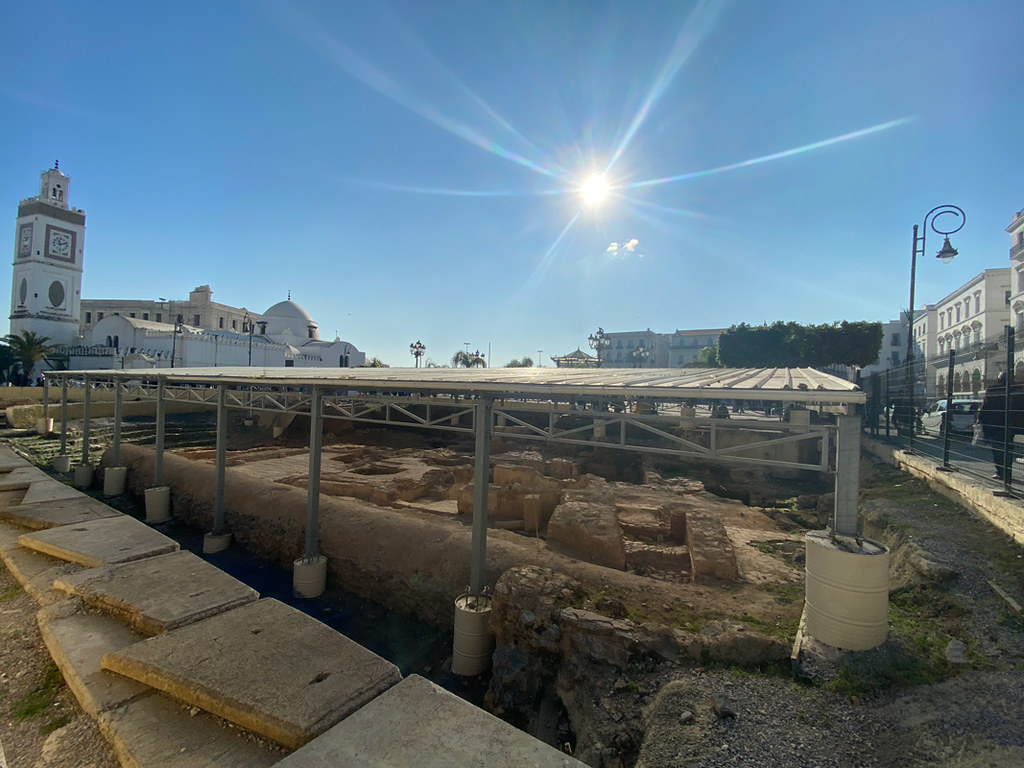 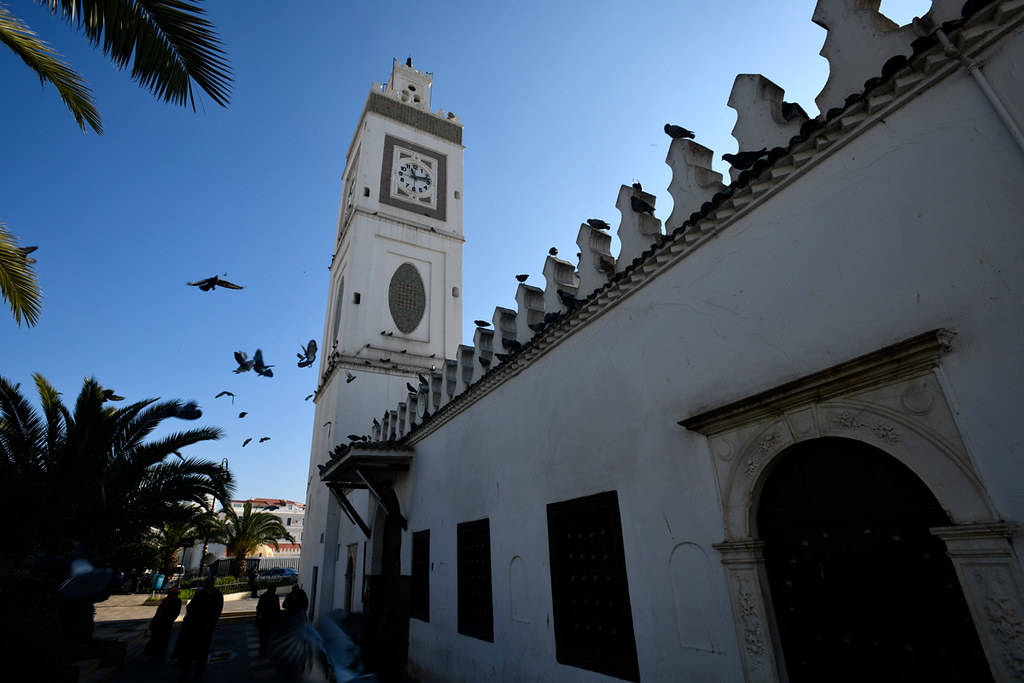 From the square we walked towards the sea to visit Bastion 23, also known as the Palais des Rais, one of the last standing example of what the Kasbah used to be like and a masterpiece of Moorish architecture.

After the independence of Algeria, the palace was occupied by beggars before being reopened as a museum in 1994. 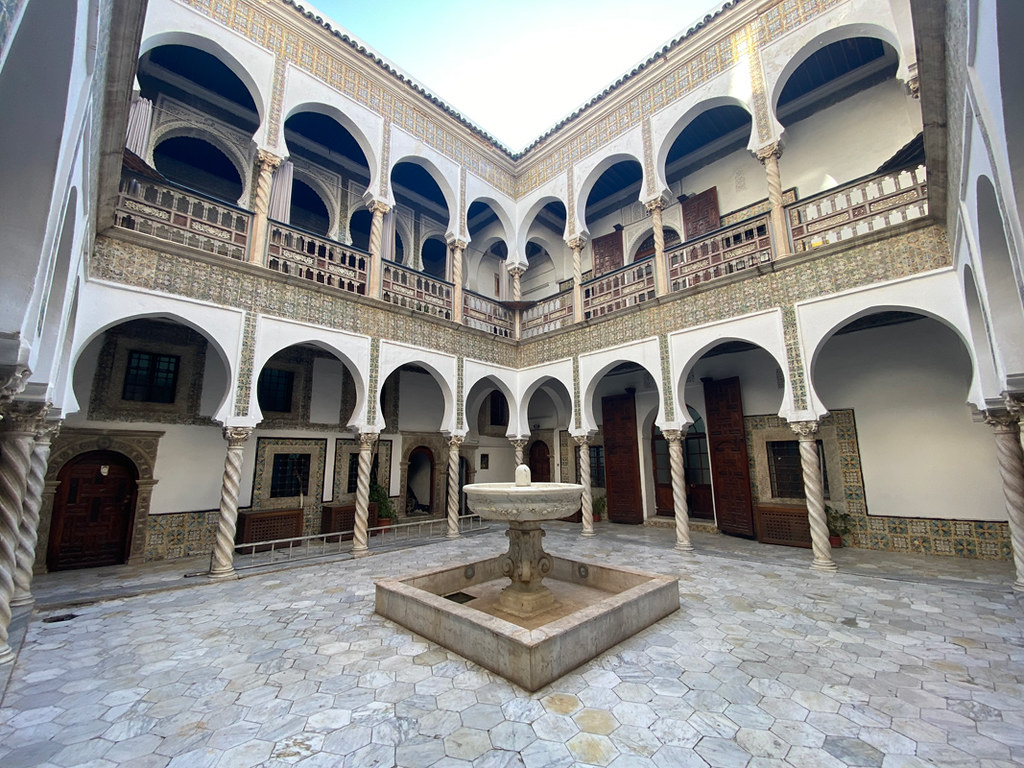 Our finished our tour of the Kasbah at the Grande Poste or the General Post, an important building during the French period and once the largest post office in the world. 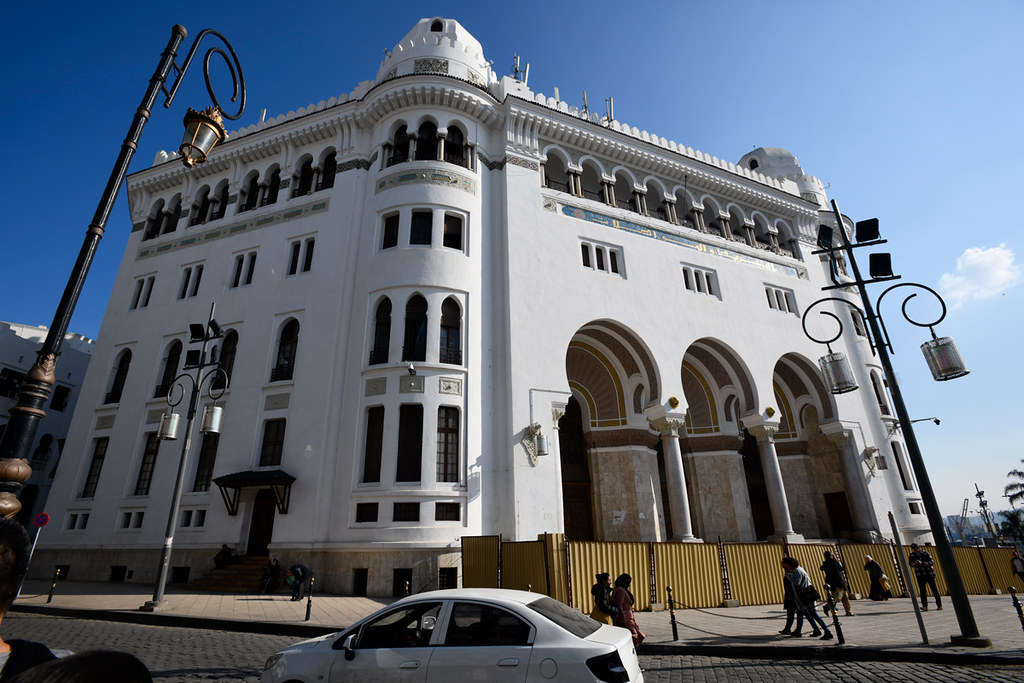 After a quick cafeteria style lunch in the neighorhood, we then headed into Algiers’ relatively new subway that took decades to complete before it opened 9 years ago in 2011. 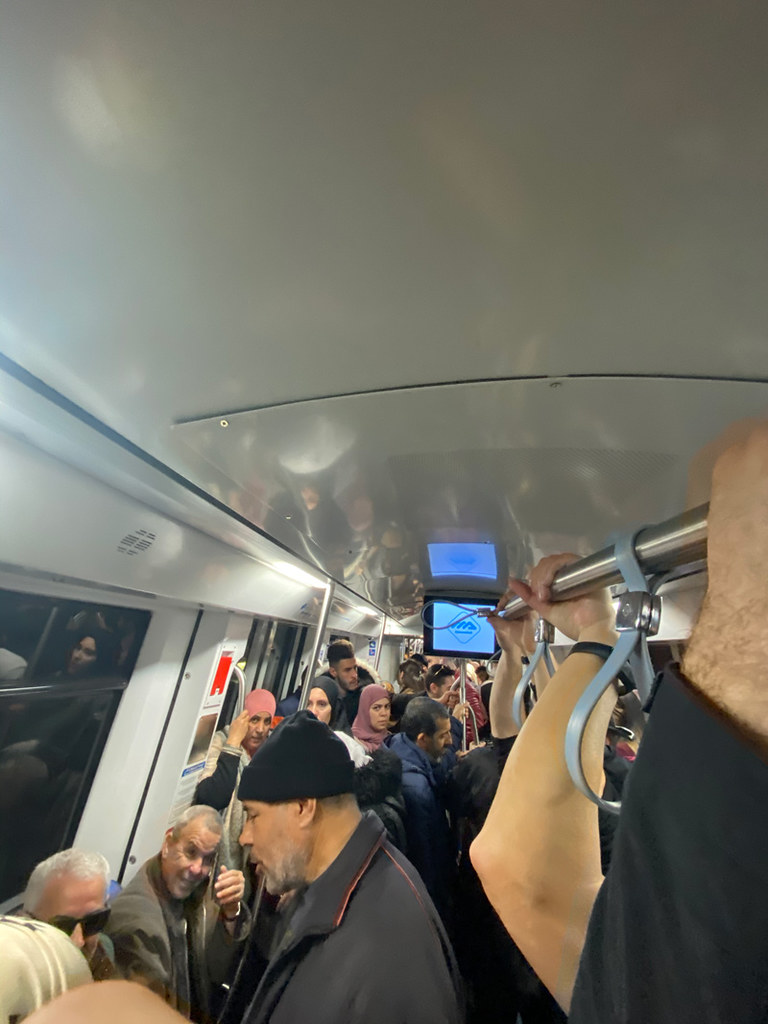 Taking 4 stops to the El-Hamma Jardin d’Essai Botanical Gardens, we then took the cable car (20 dinars each) up to the Martyr’s Memorial. 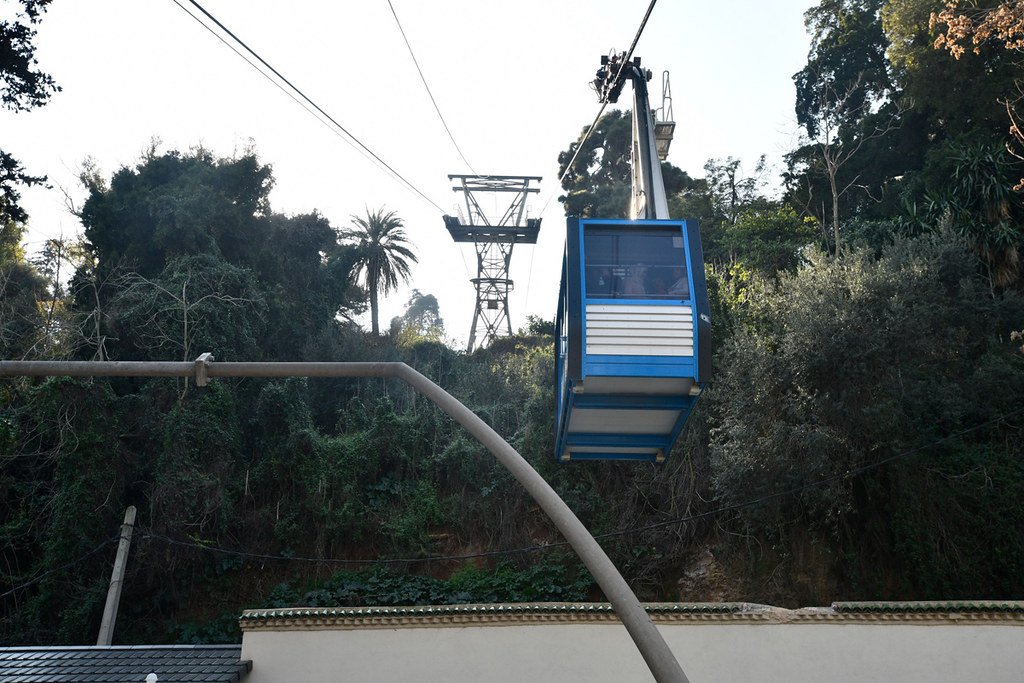 This structure is one of the most iconic monuments of Algiers and was erected to commemorate the sacrifice of those who fought for Algeria’s independence. There’s a war museum inside detailing Algeria’s military efforts against French and Ottoman occupation. 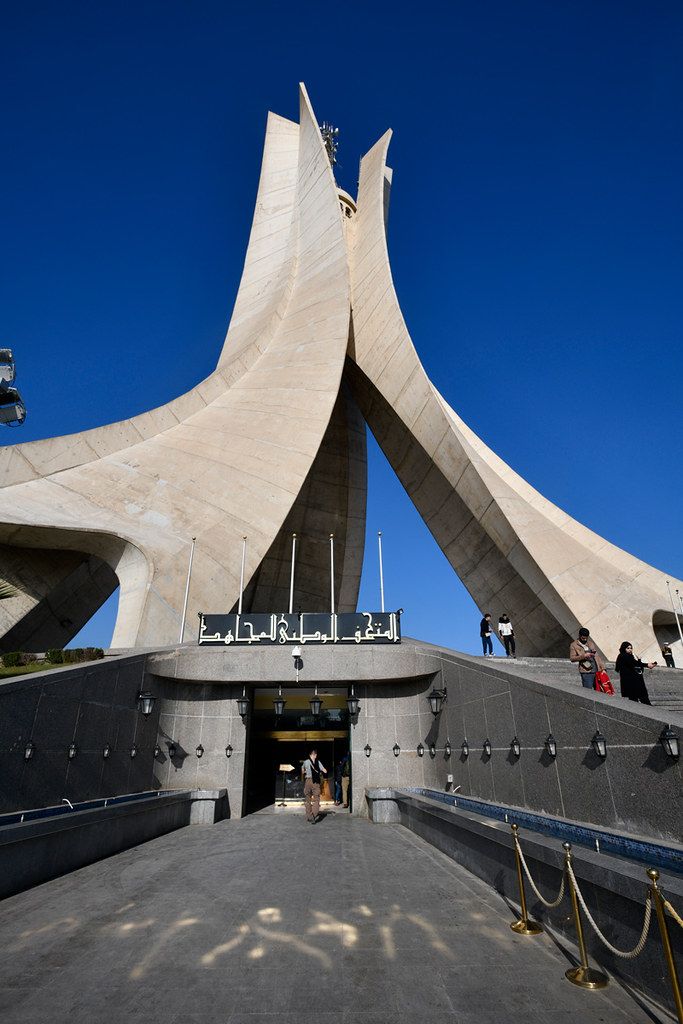 Afterwards we headed back down to sea level . . . 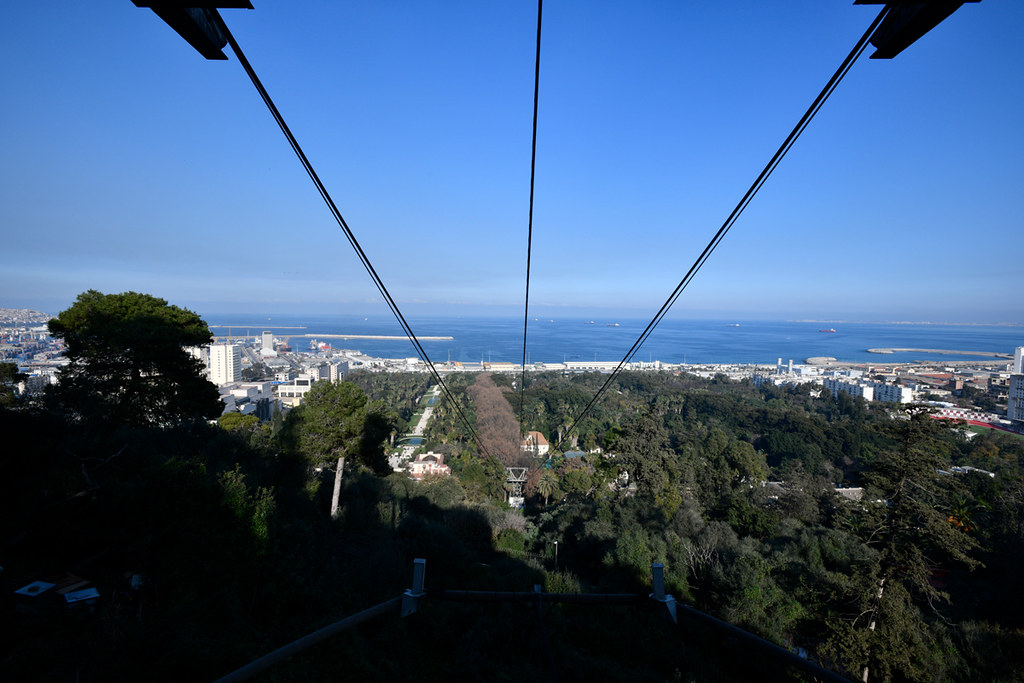 . . . and took a stroll in the Botanical Gardens, where the 1935 film version of Tarzan was filmed. 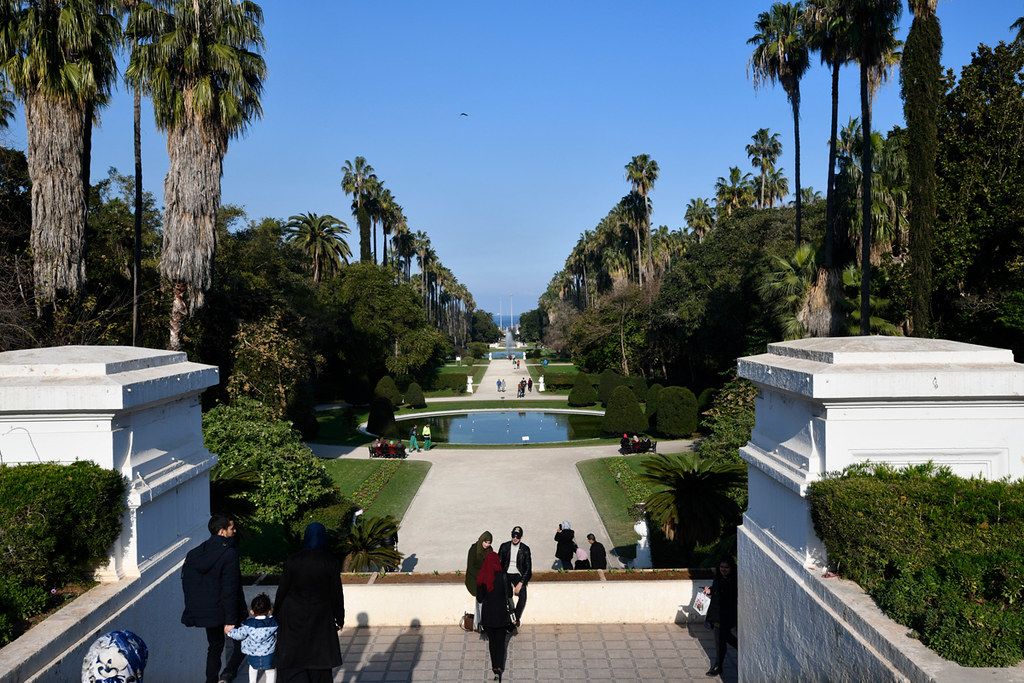 After about half an hour here we then took the subway back to our hotel where we enjoyed a few hours of free time before an early dinner. And through it all, I currently have been struggling with the jet lag and nodding off multiple times, even while standing up!

Thankfully we can call it an early night tonight, as tomorrow morning we need to wake up early for a 5 hour drive to the ancient Roman ruins of Djemila Timgad before reaching Constatine tomorrow night.