Aim High And Keep Your Eyes On The “Taghit”

After 1 day in the City of Bridges and driving back 5 hours to Algiers’ domestical terminal, we caught the 10pm Air Algiers flight to Bechar, close to the Moroccan border.

Curiously they’ll check (but won’t stamp) your passports even when flying a domestic flight. There’s also at least 3 security screenings (one at the airport, one before passports, and one before the gate itself) so don’t put on that belt so quickly. 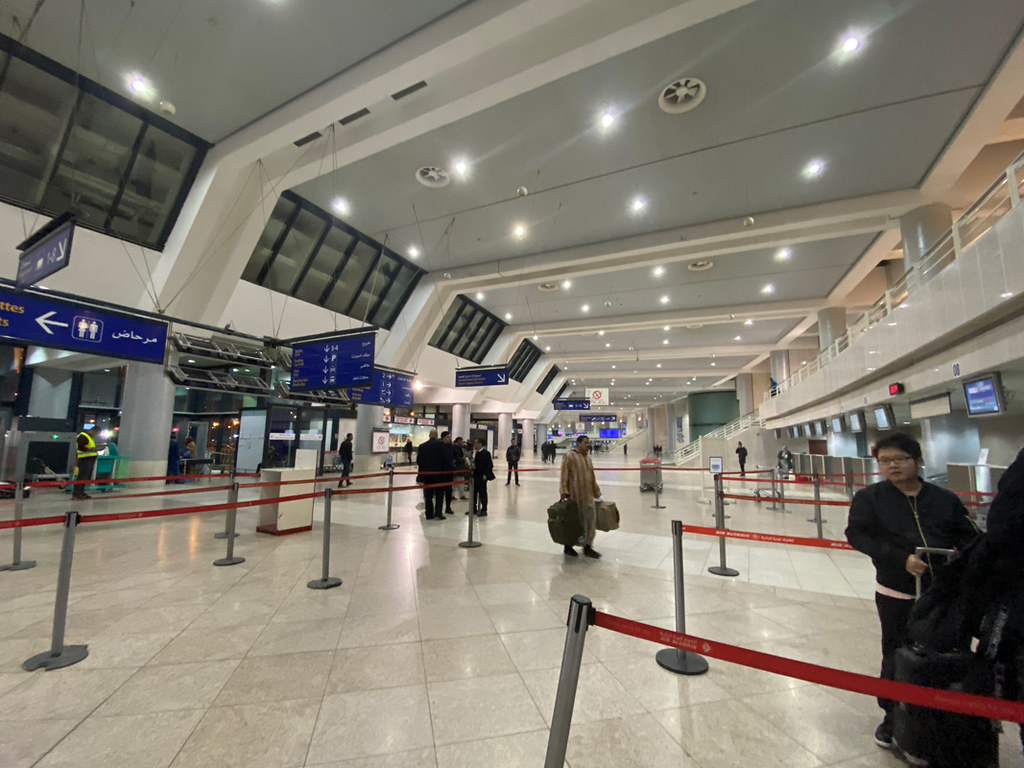 We landed in Bechar an hour after take-off. It takes at least 30 minutes before anything comes out of baggage claims, so if you checked a bag, grab a seat at arrivals before they fill up. 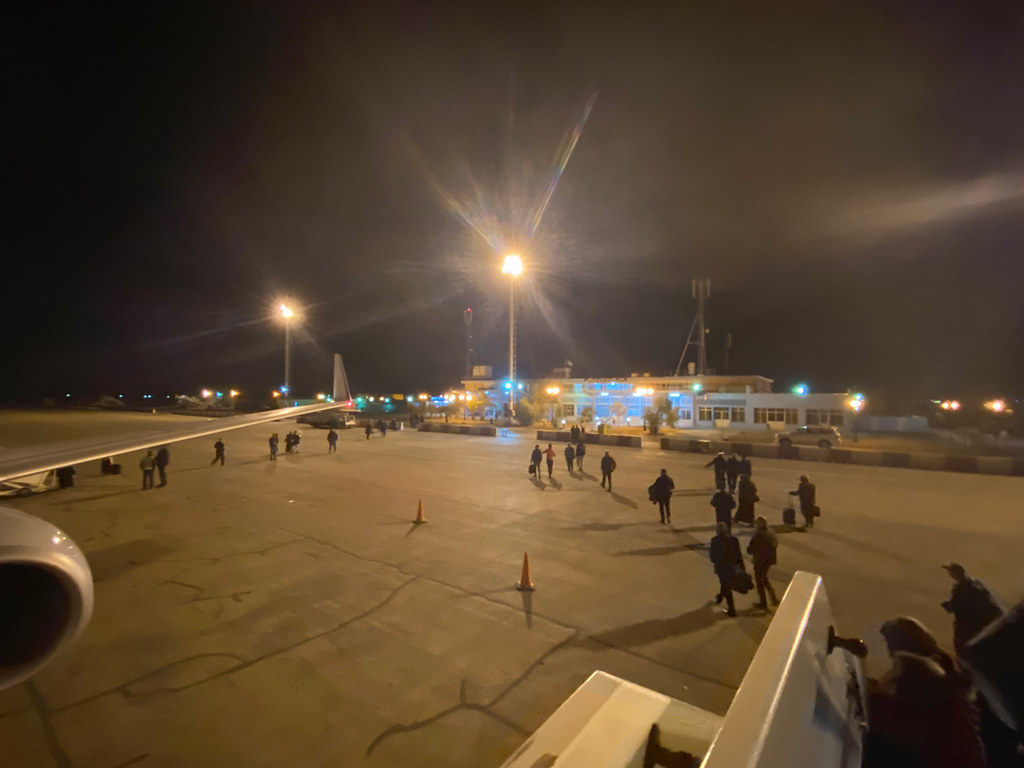 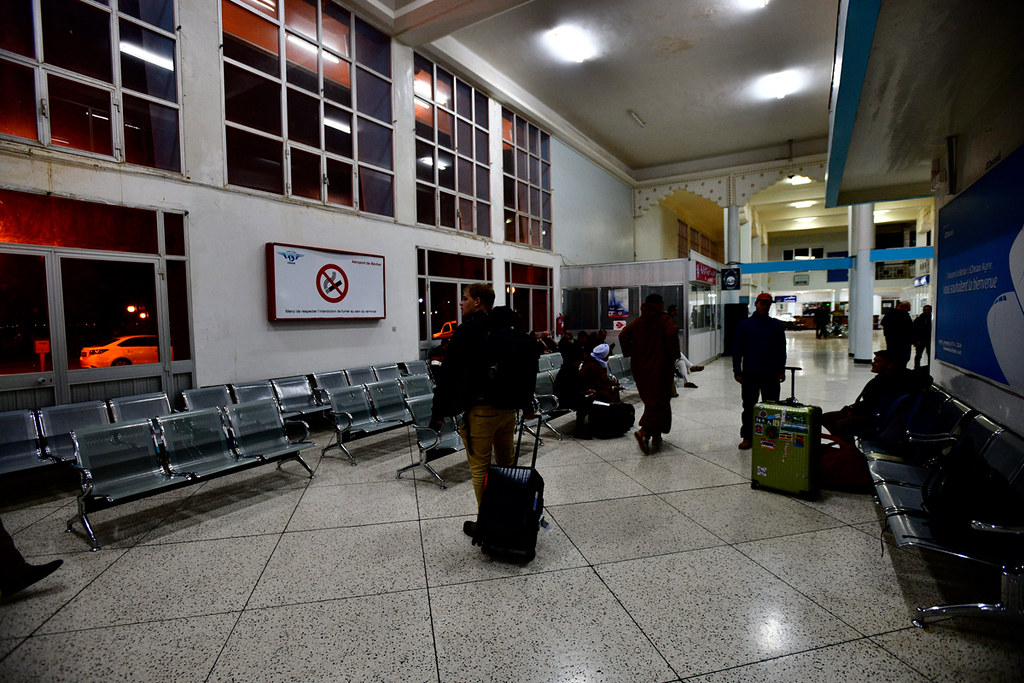 After picking up our bags, we then drove another hour towards Taghit (along with a provided police escort), finally arriving at Hotel Le Saoura, the town’s only hotel, at 2am.

The next morning we woke up at 10am, having a small breakfast before setting out to a lovely little hamlet surrounded by sand dunes! 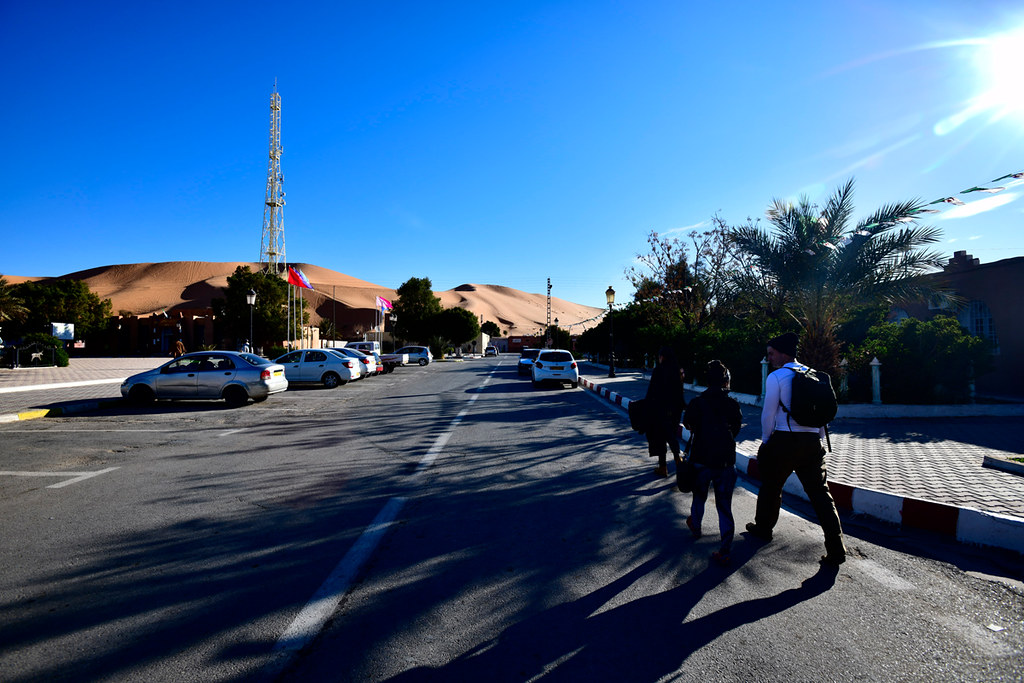 We then drove about 20 minutes outside of the town to the literal “end of the road.” 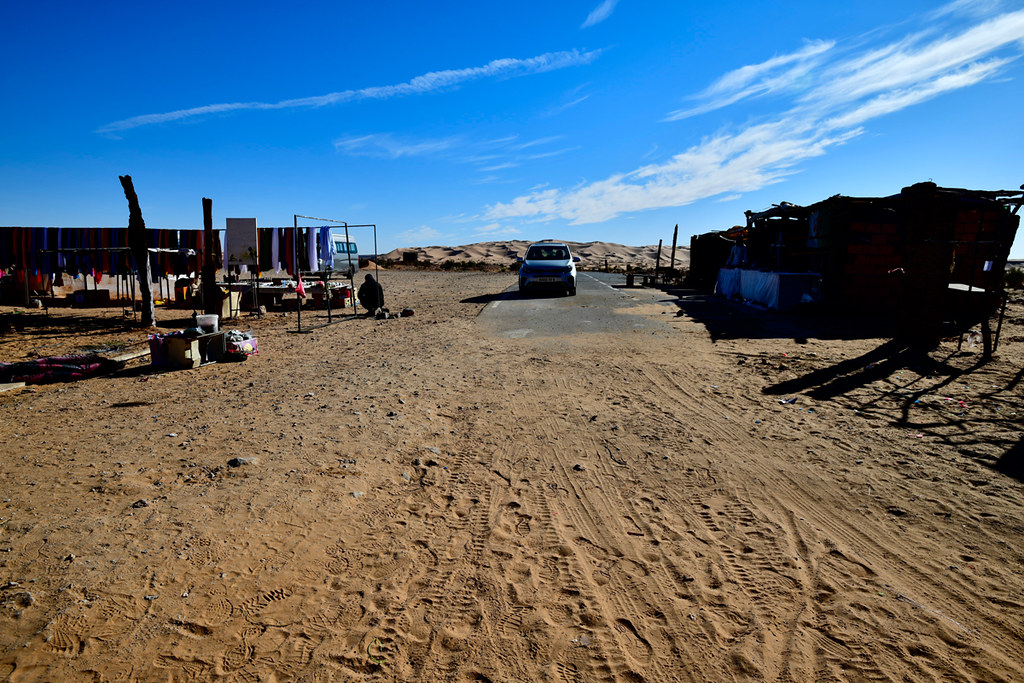 The main sight are these well-preserved prehistoric carvings (or “paintings”?) of animals dating 5000+ years old. No rope, no security, and nobody to give a rat’s ass here. 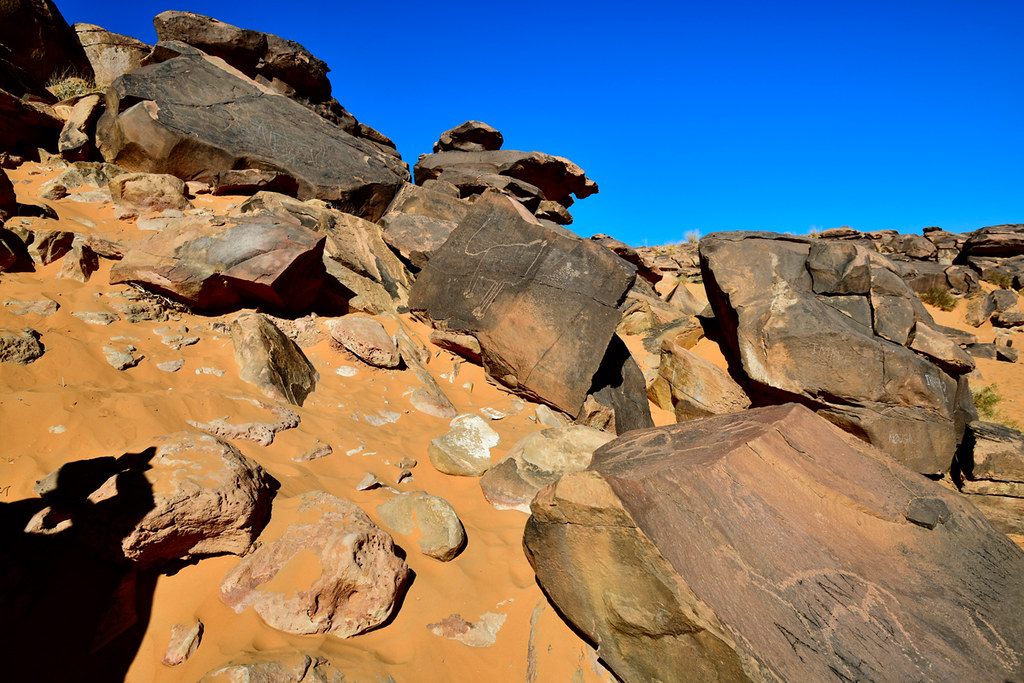 Uhm reality check. What are we doing here anywhere? 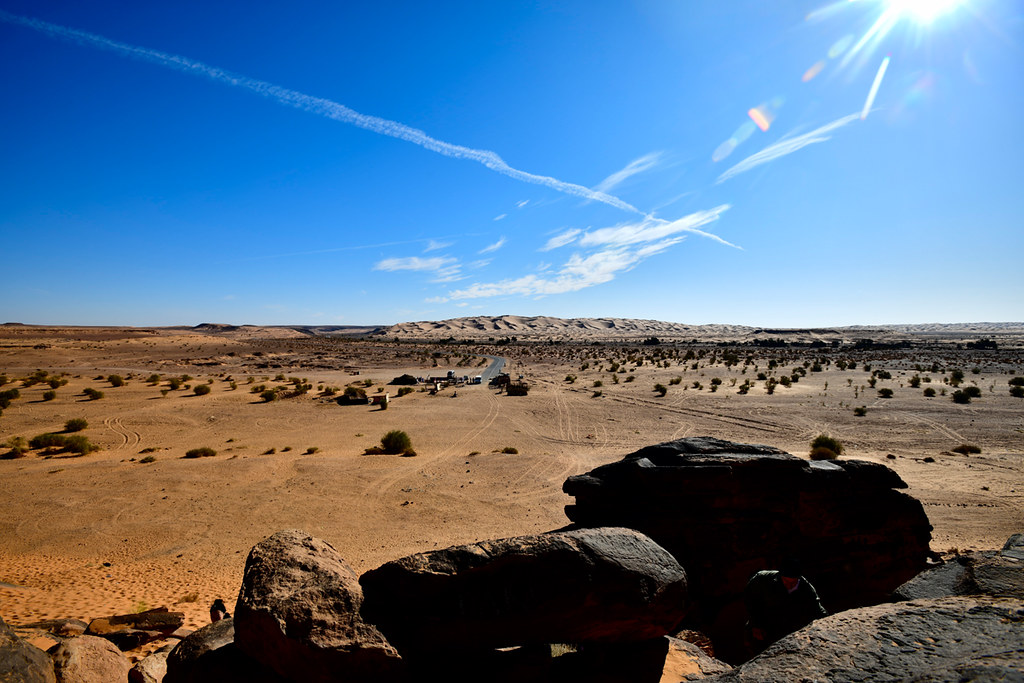 Well for one, Taghit was settled because this was where desert sands met desert rock in the Sahara. 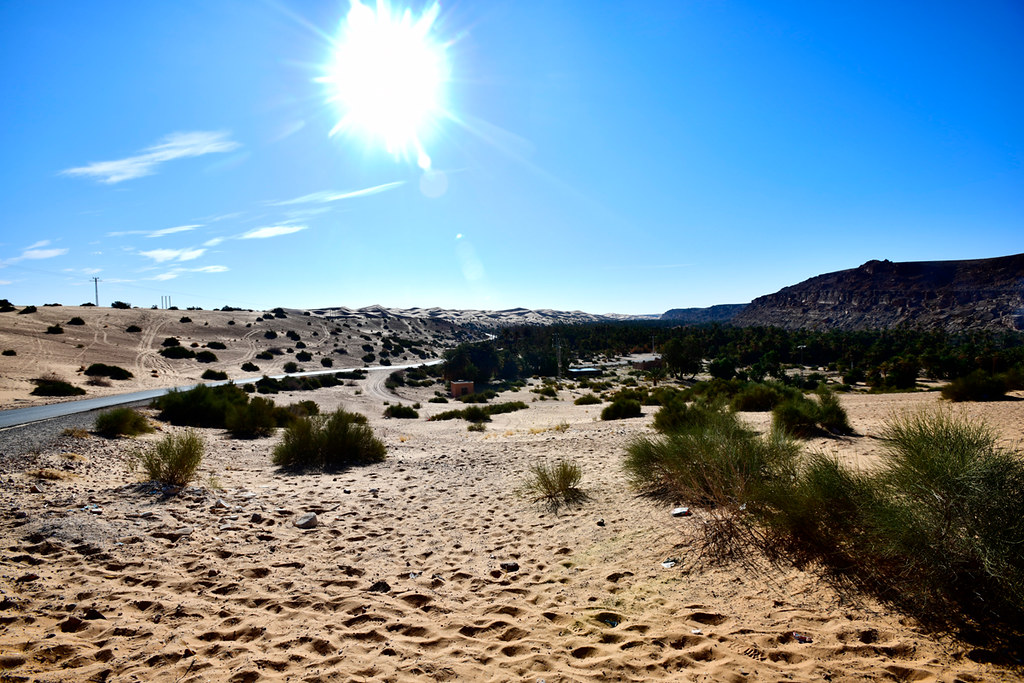 There’s also a much depended upon 14km river that begins here in Taghit. 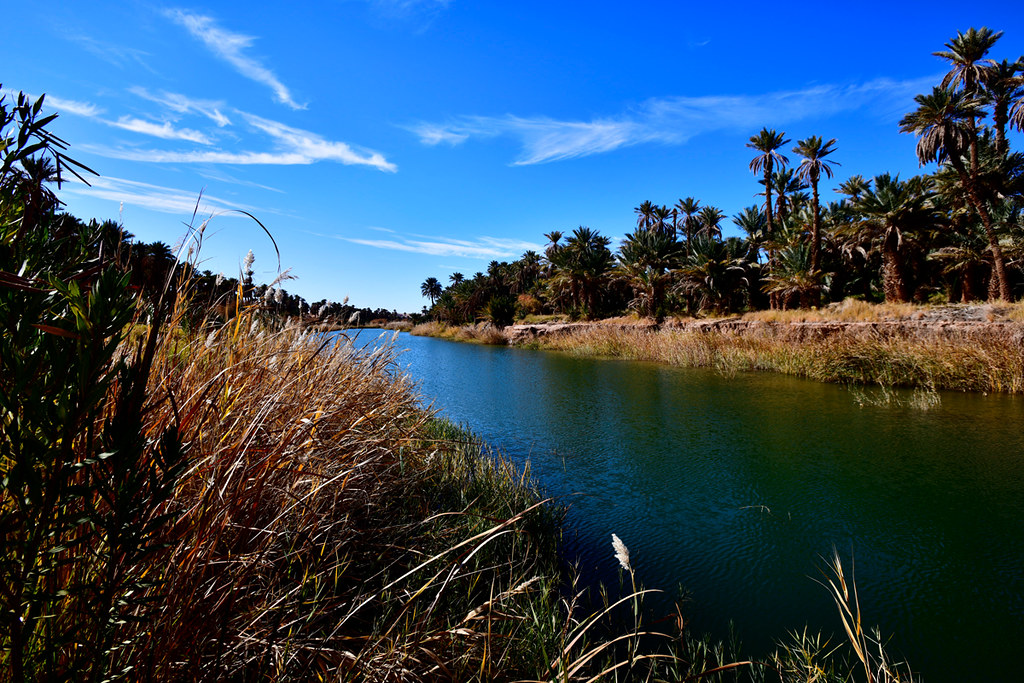 Taghit thus has become the most well known oasis of Algeria. And if you “need things to do” you can hike down to its “mouse” shaped cave: 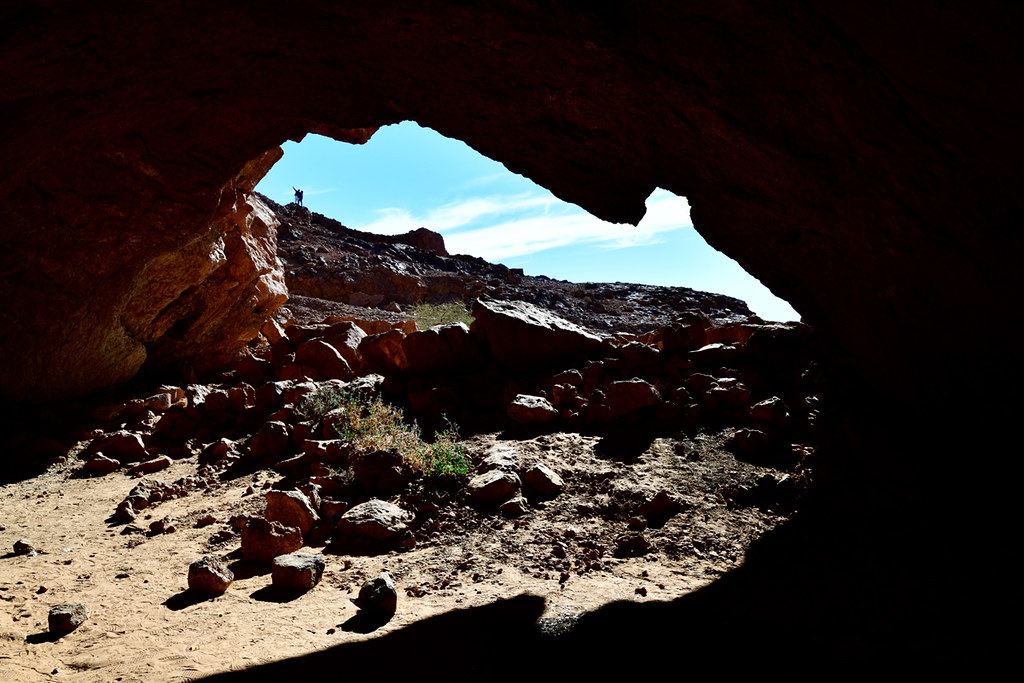 And up to the ruins of an abandoned village on a hill which once housed the villagers who now live in modern day Taghit. 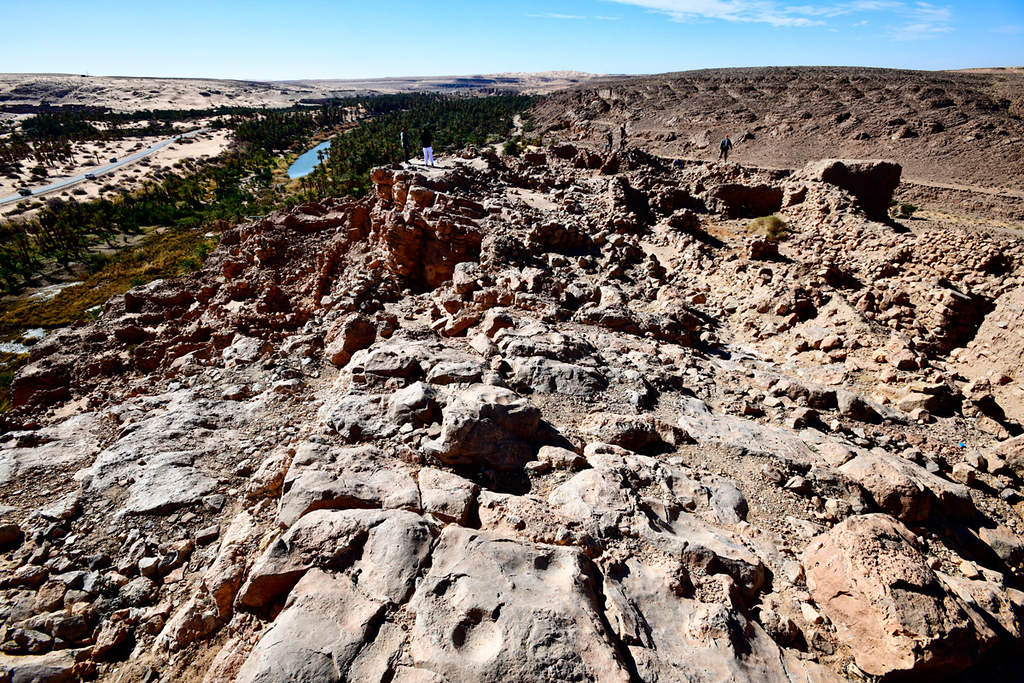 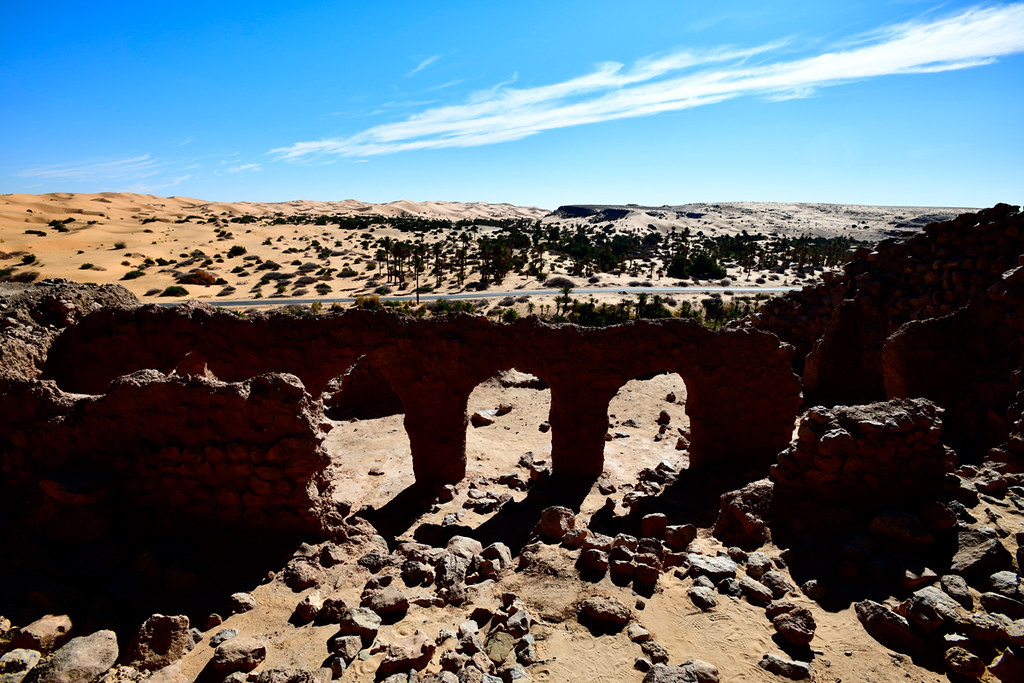 After lunch at our driver’s home, we returned to Taghit to briefly walk around and through its UNESCO World Heritage citadel: 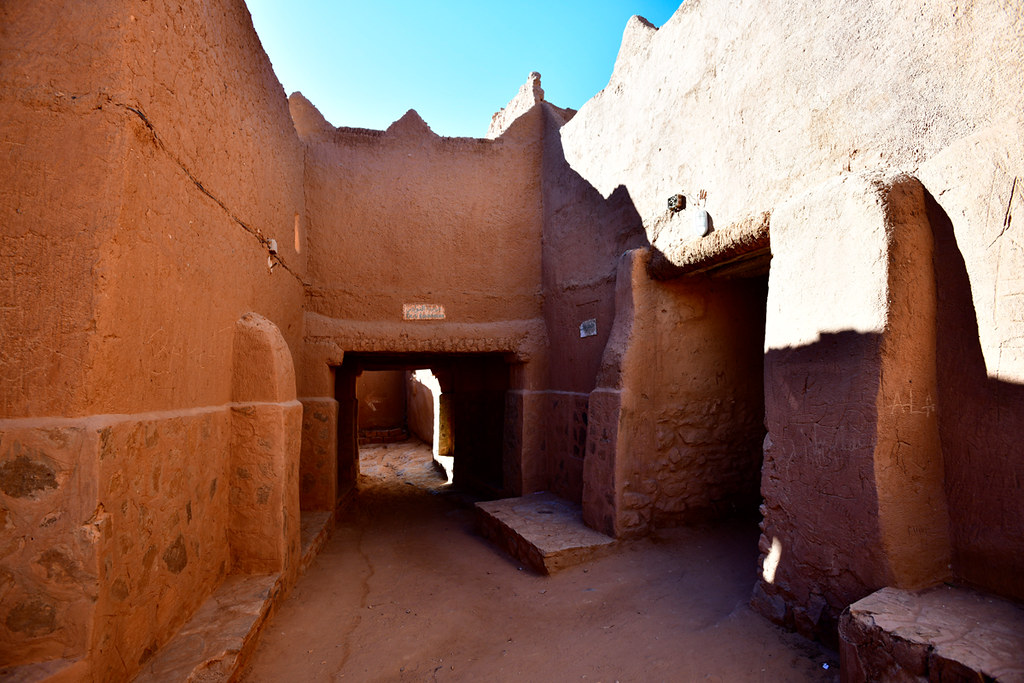 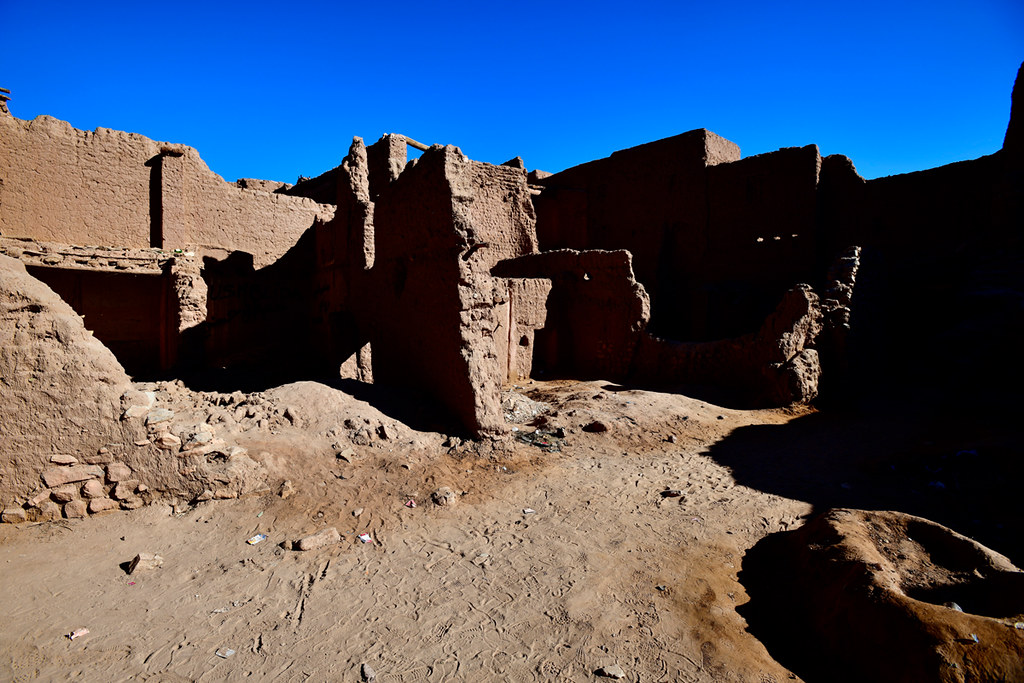 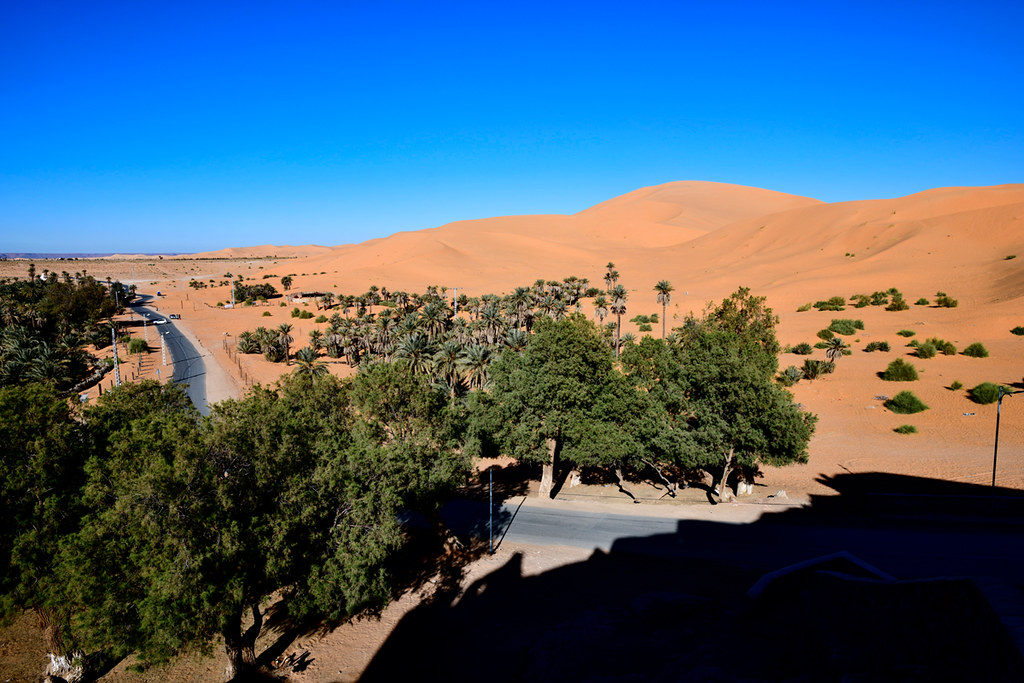 We then enjoyed some free time by the oasis market, sipping tea with the very curious locals who don’t see foreigners that often, or riding around on ATVs for 3000 dinars per vehicle. 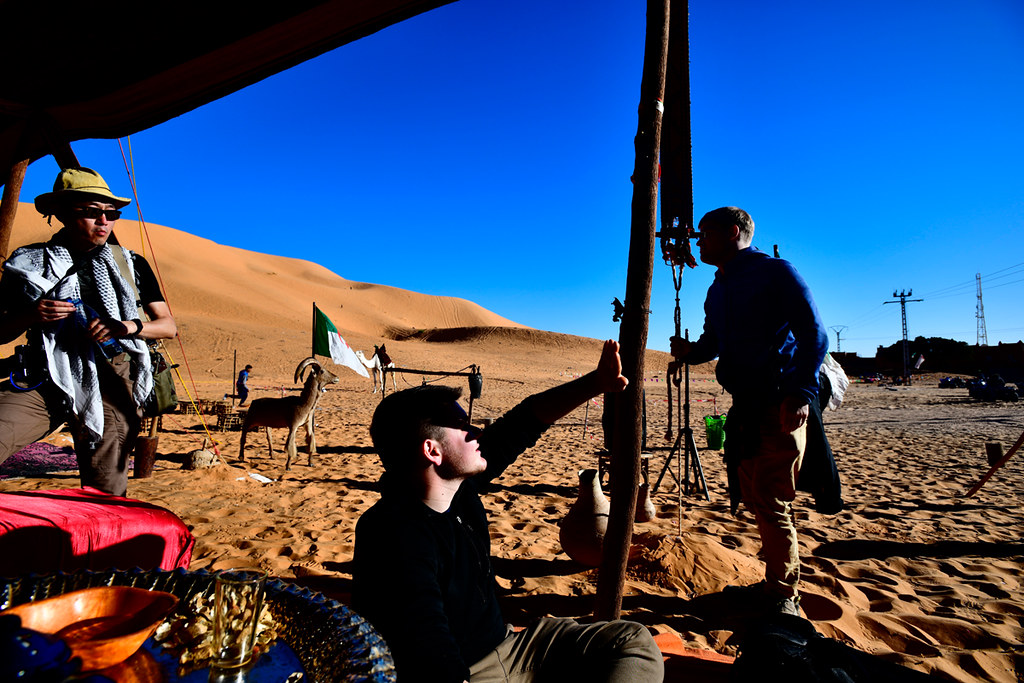 Then before retiring for dinner we hiked 20 minutes up the biggest sand dune of Algeria in time to catch the sunset: 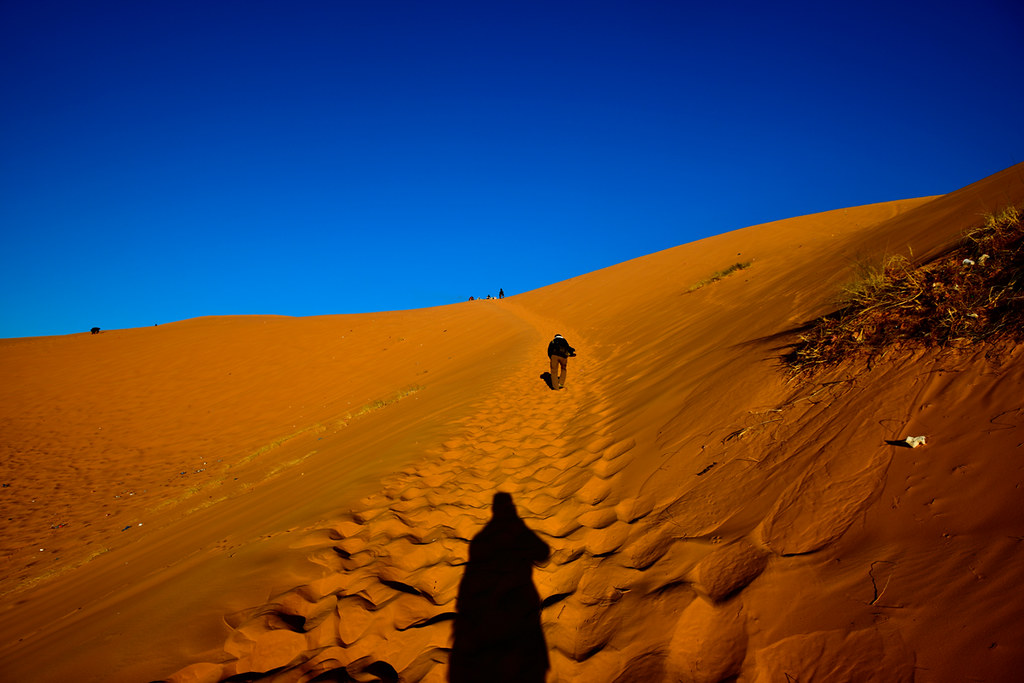 Here you can get great views of the entire hamlet of Taghit! 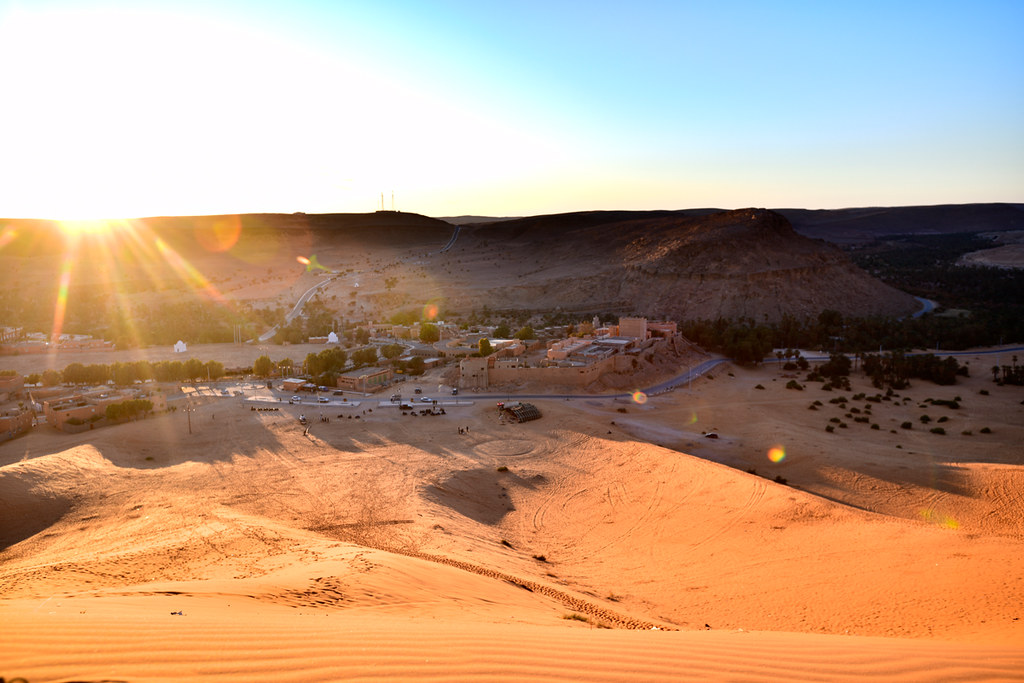 Or look back to see more of the famous dunes of the Sahara: 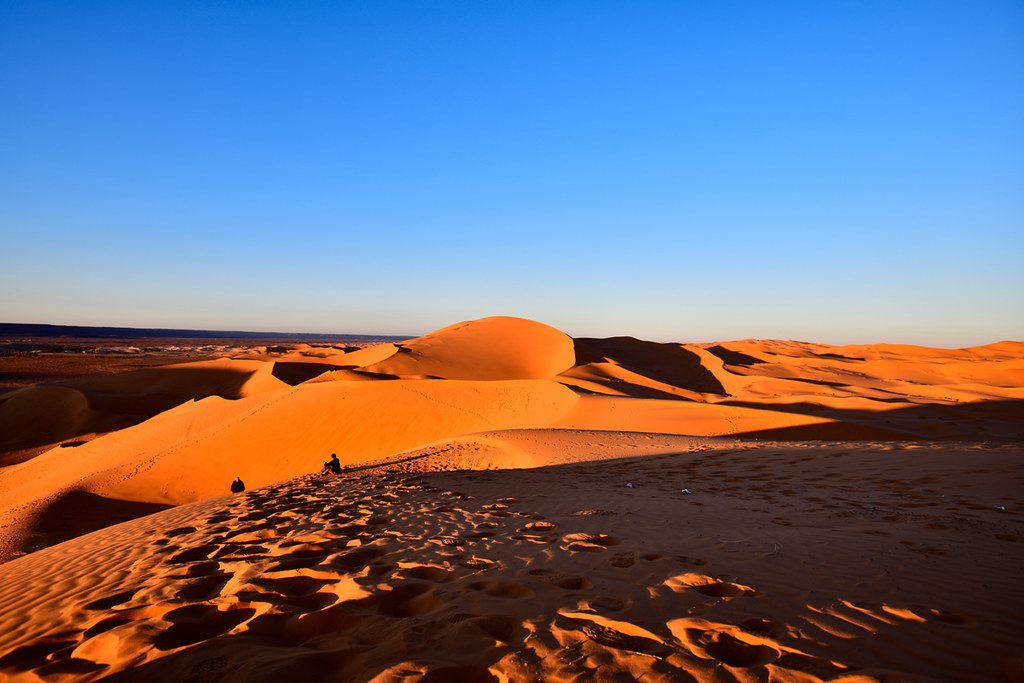 You can also rent snowboards for 400 dinars each if you want to slide down the dunes when you’re ready to return to town: 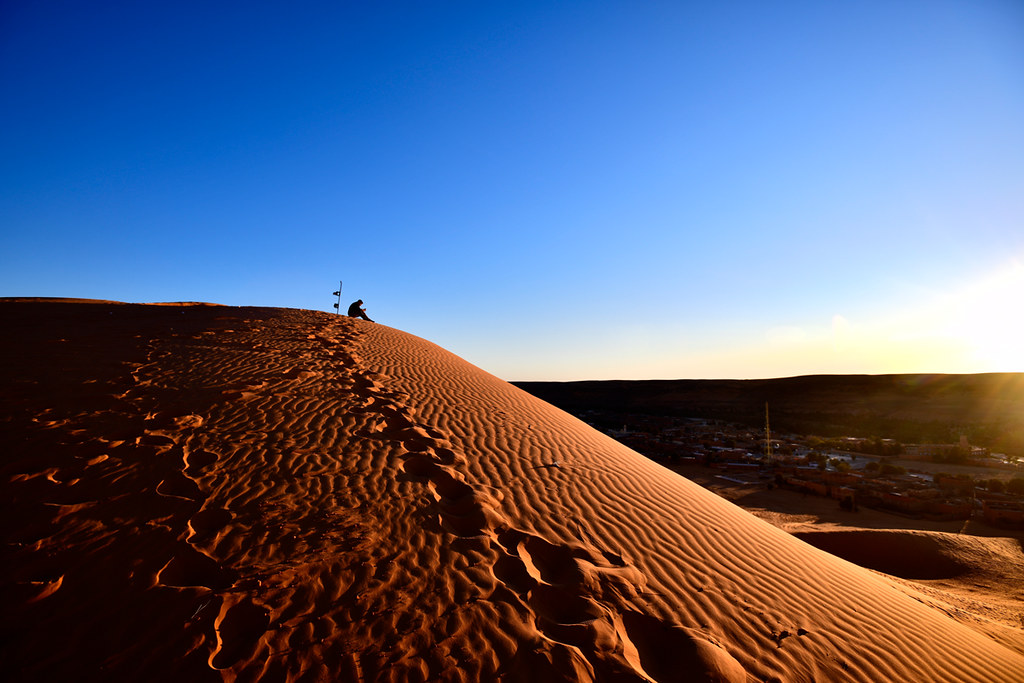 And you know what I love as much as a good sunset? An equally impressive moonrise: 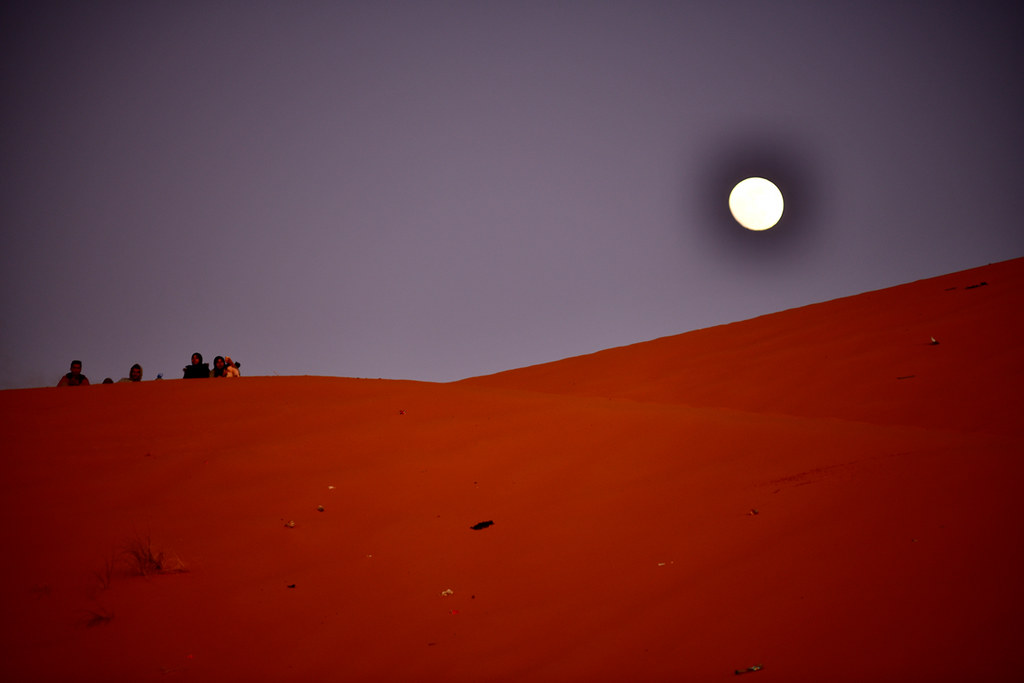 Tomorrow we set off for a 9 hour bus ride for Timimoun and its famous ochre colored buildings (made in the same style of architecture as the buildings of Djenne or Timbuktu in Mali!).