After breakfast in Taghit, at 9am we hopped on our mini-van heading to Timimoun while being accompanied by a police escort the entire time.

It was 9 hours of this outside: 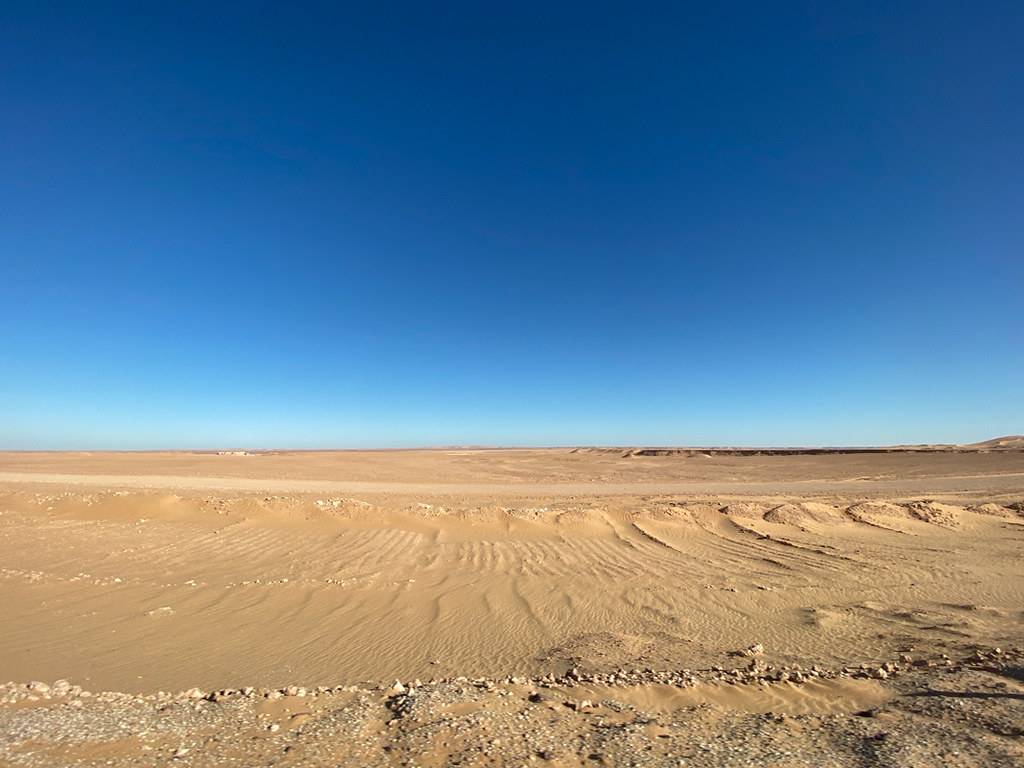 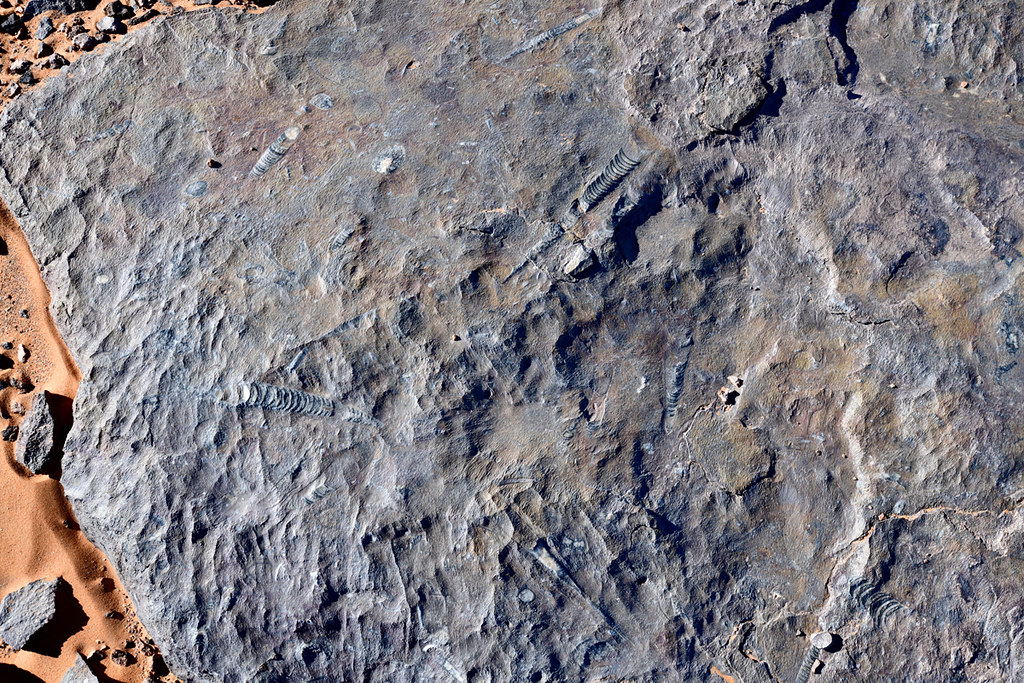 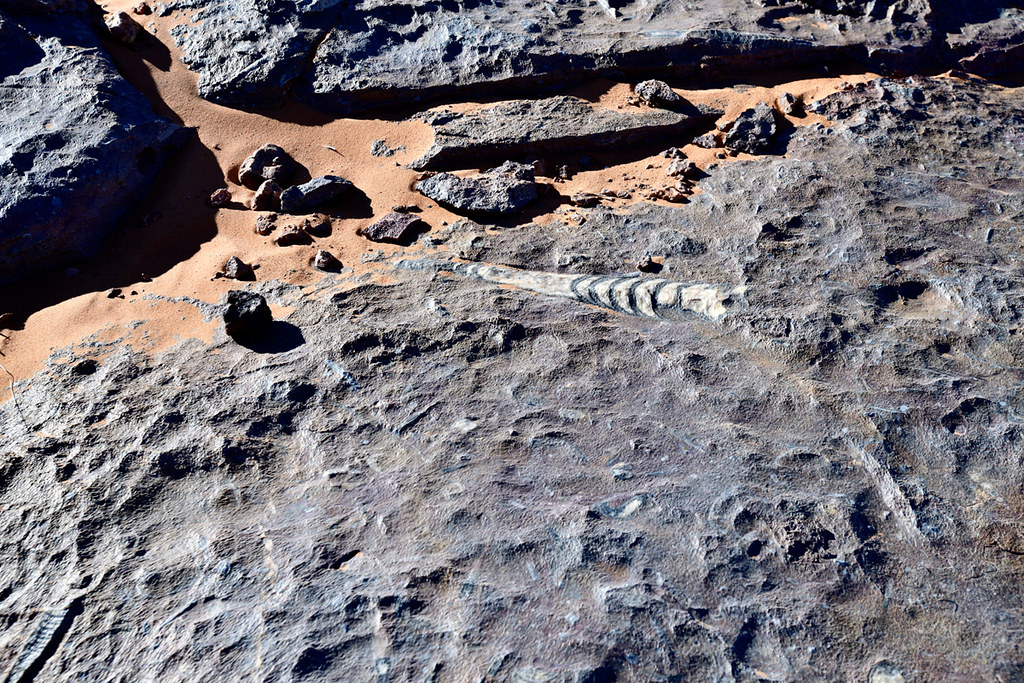 There was one rest stop: 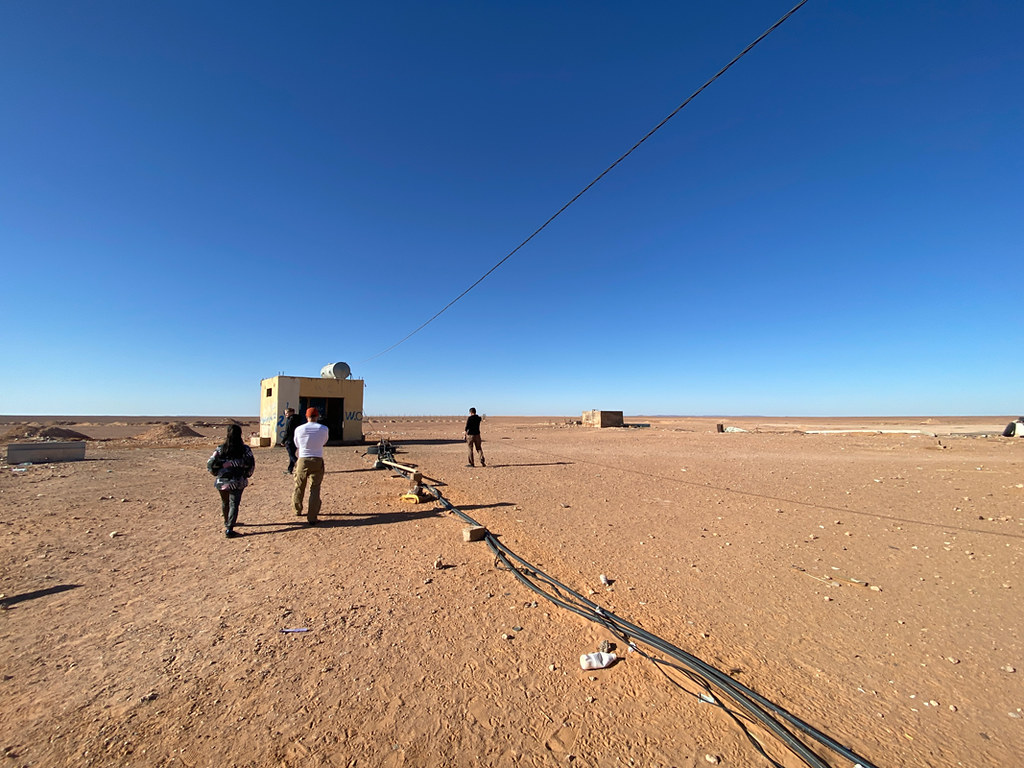 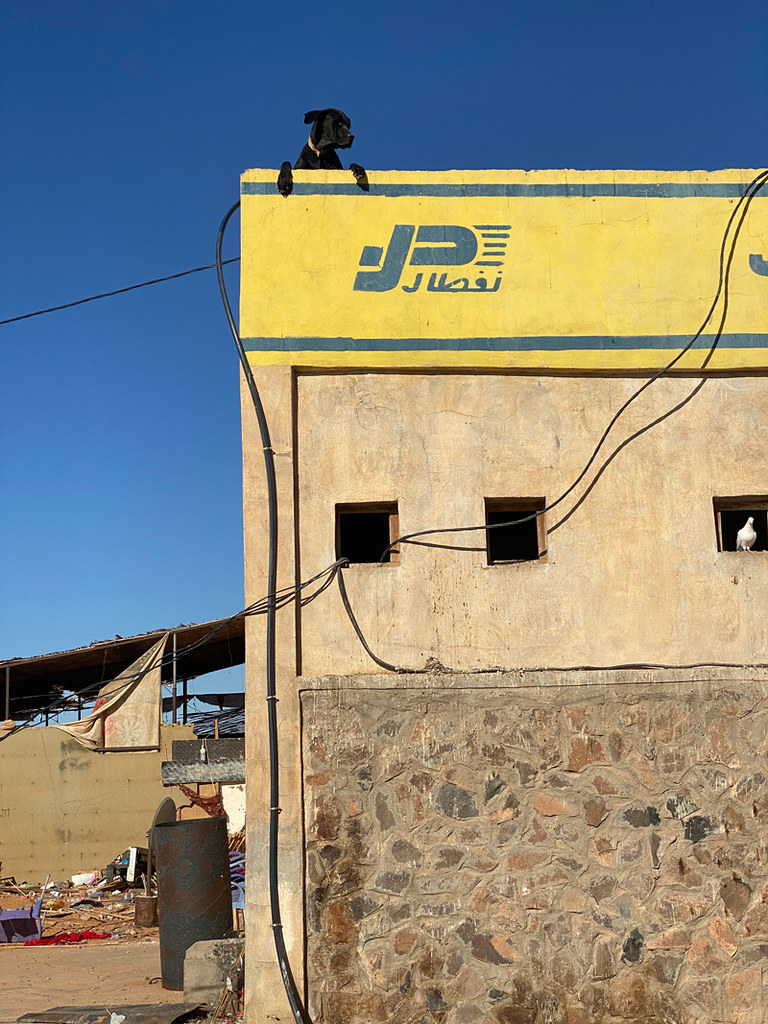 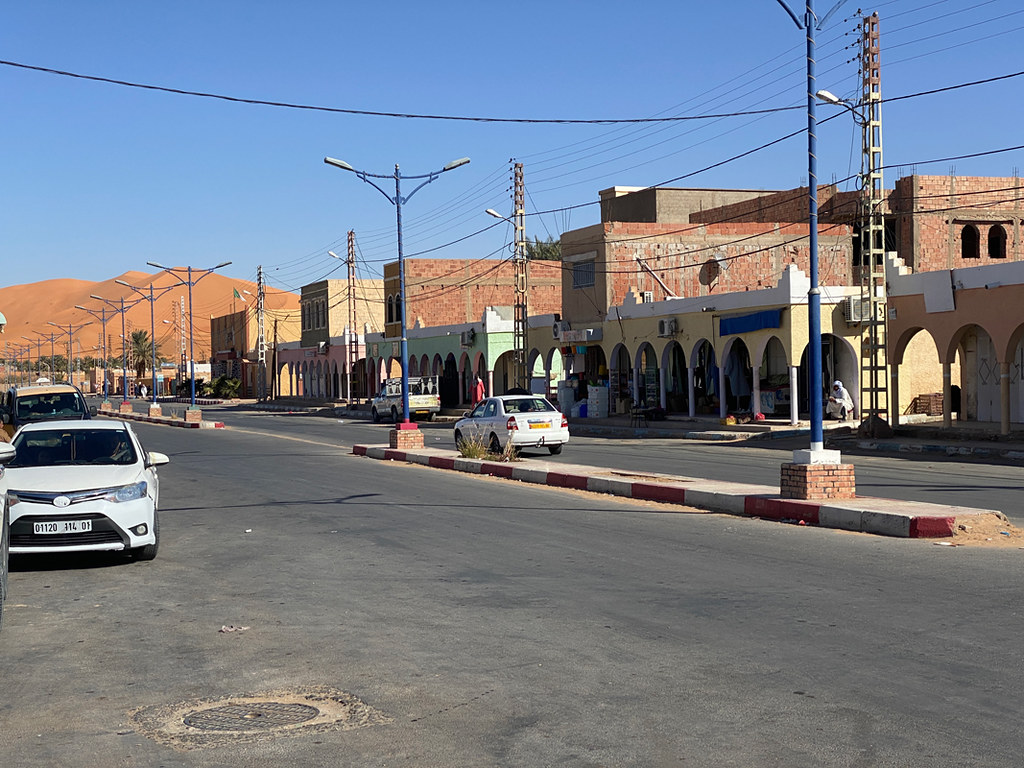 And we then continued onwards, which soon after lunch the police jeep “escorting” us forced us to make a round trip back to a gas station we had passed 30 minutes prior because his vehicle was running out of gas. Uhm you couldn’t fill up while we were eating?!

We eventually reached Timimoun at around 5:30pm.

If you’re wondering why we’re here, we are too. But do enough digging and you’ll find that Timimoun is known for the ochre colored buildings made in the same style of architecture as the buildings of Djenne or Timbuktu in Mali. 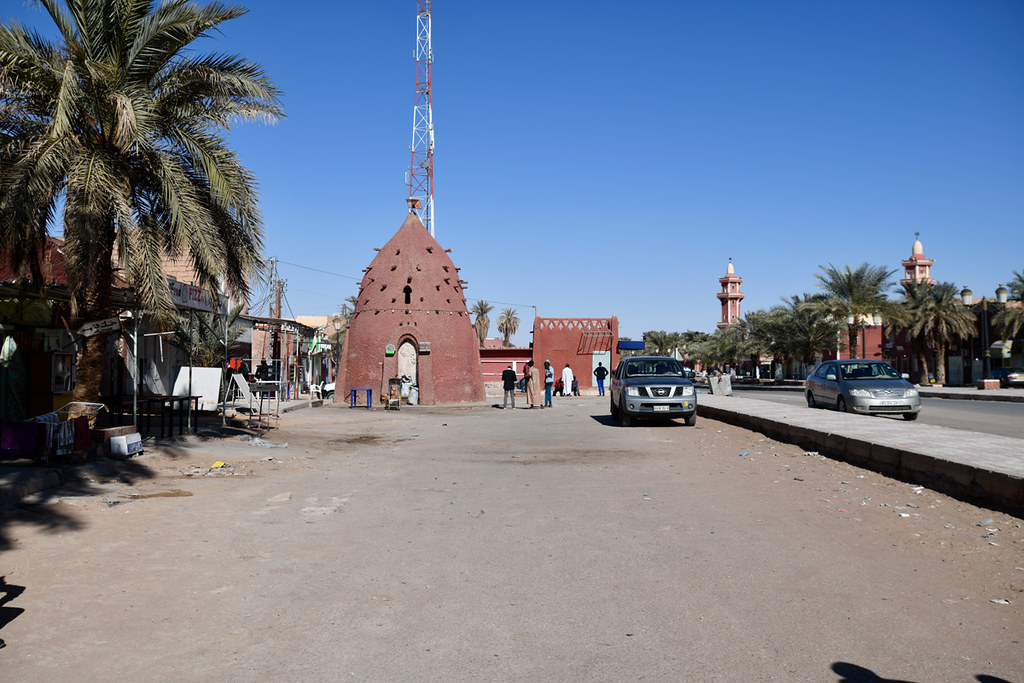 After settling in at our lodgings, we set off for a walk in the city outskirts. . . 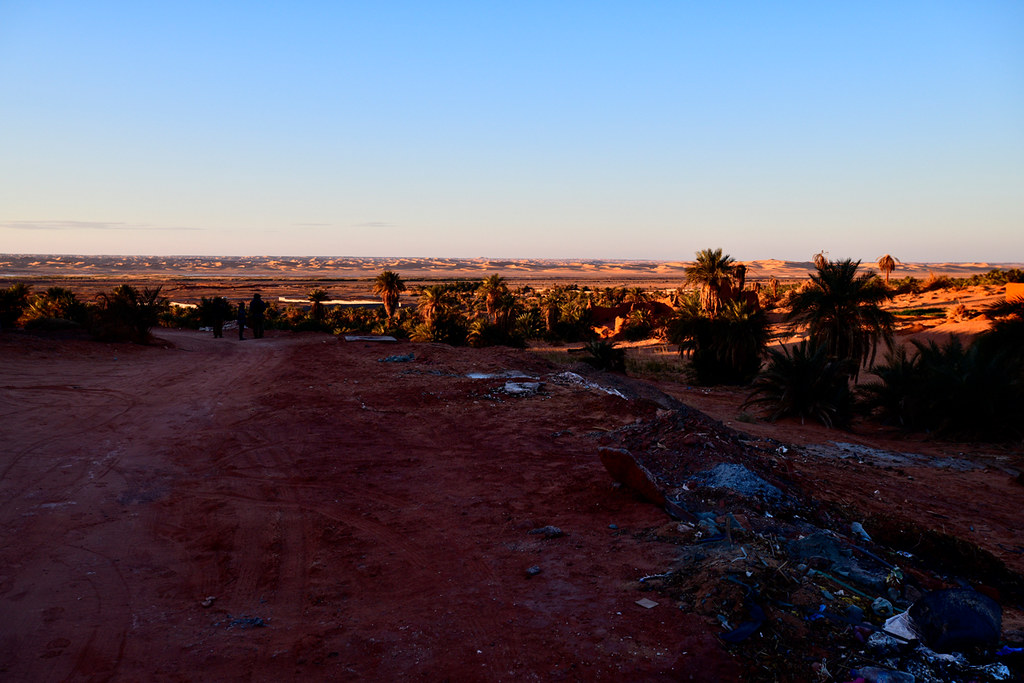 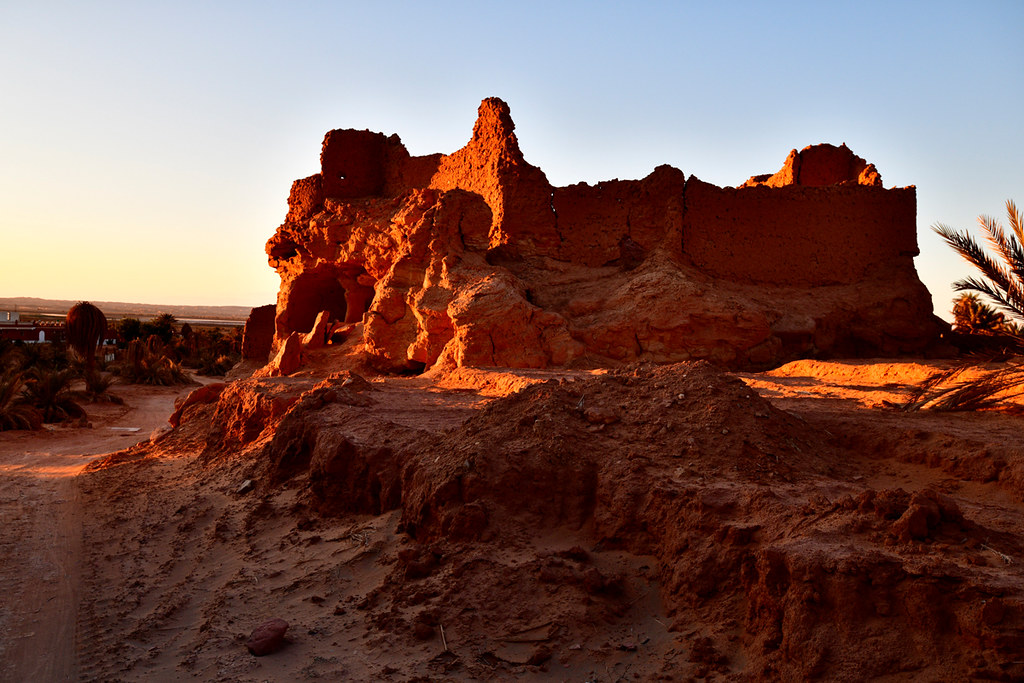 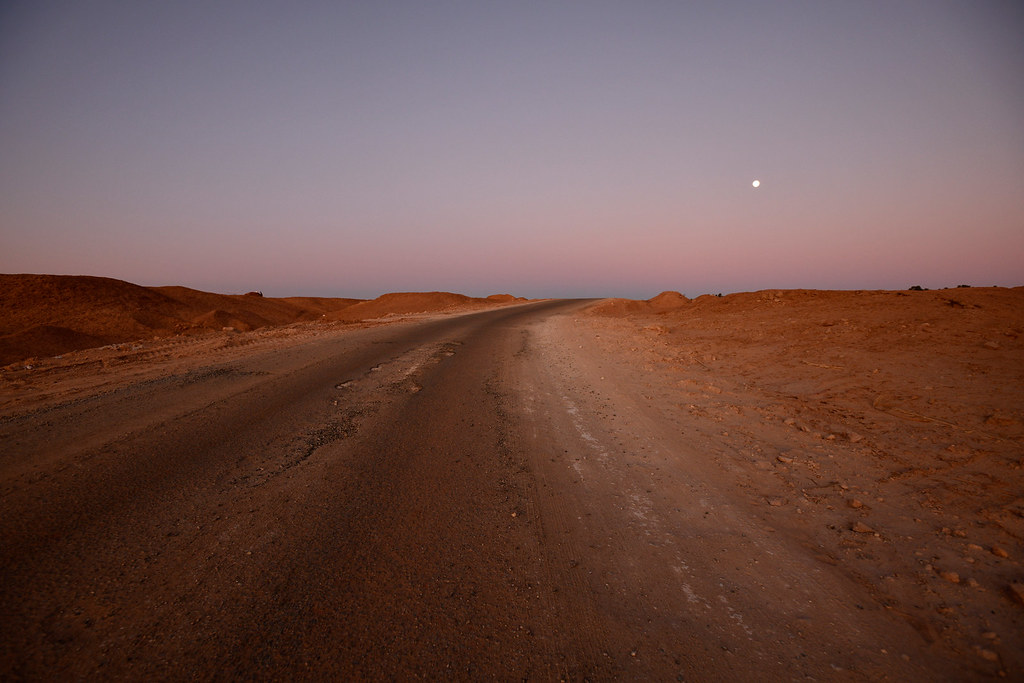 . . . and then through the entire town proper as the evening dusk took over. I liked this part — There was this kind of mood you can only get while traveling. 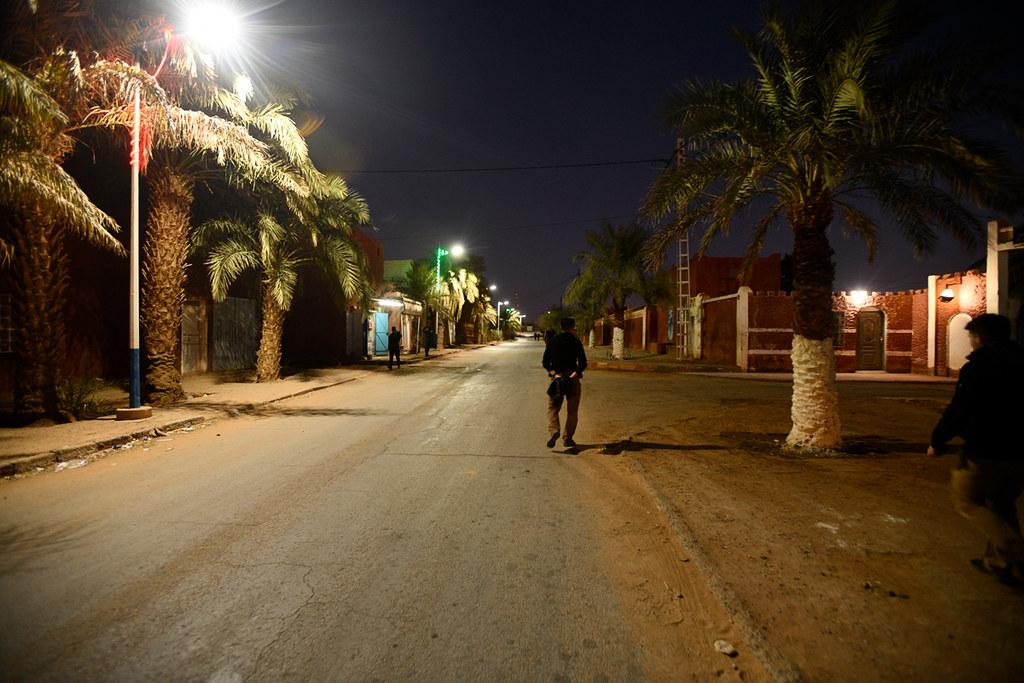 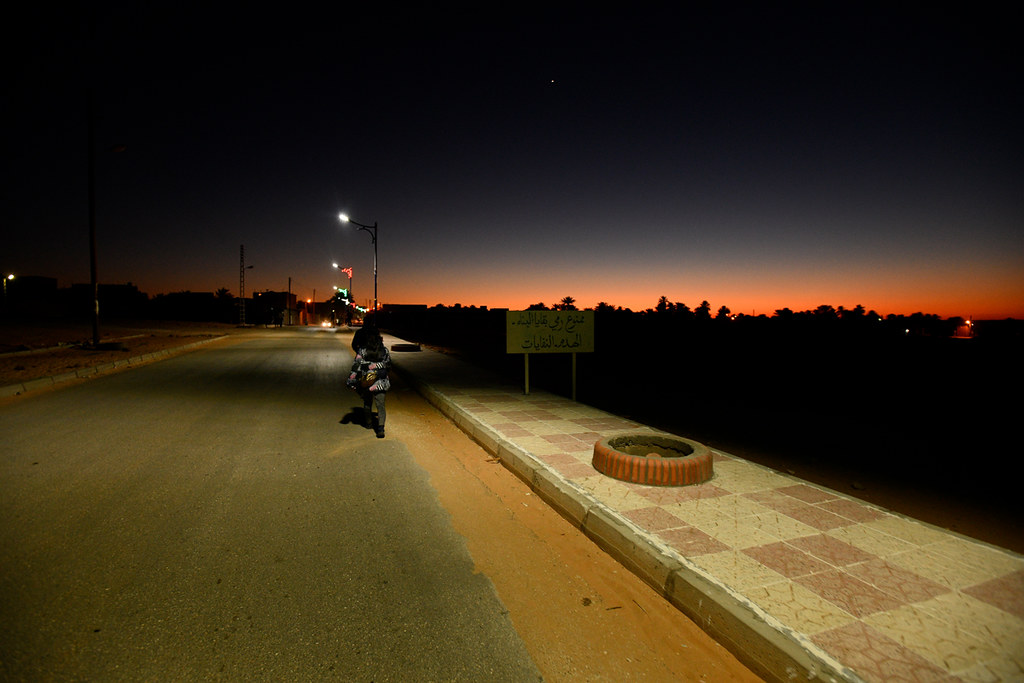 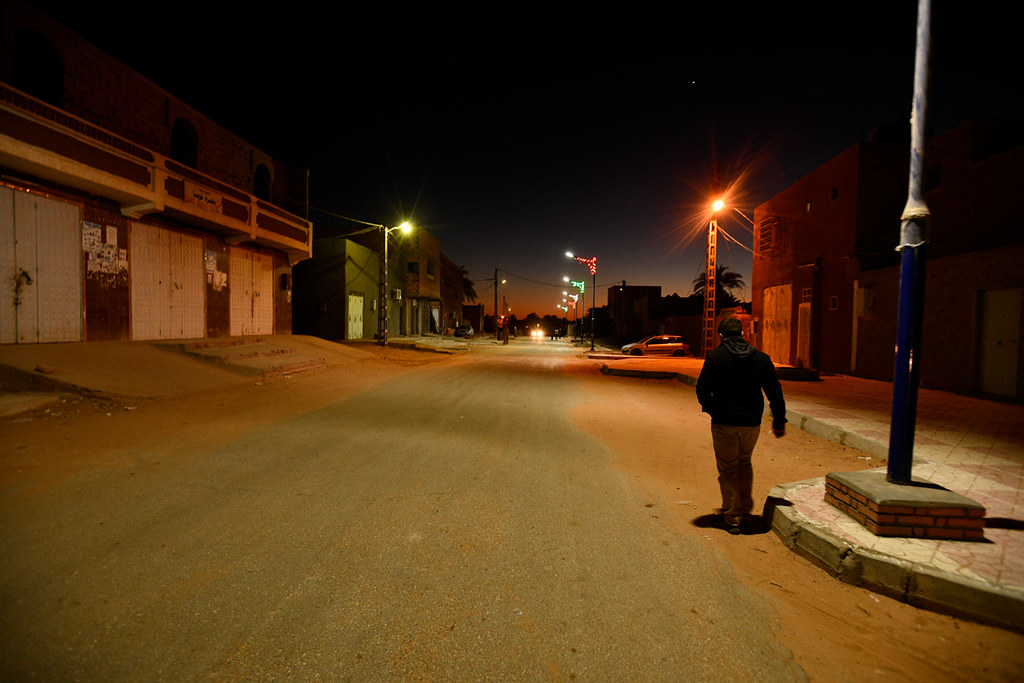 If it seems like there’s nothing else to do here, know that on the bright side they serve killer fresh lamb chops everywhere. 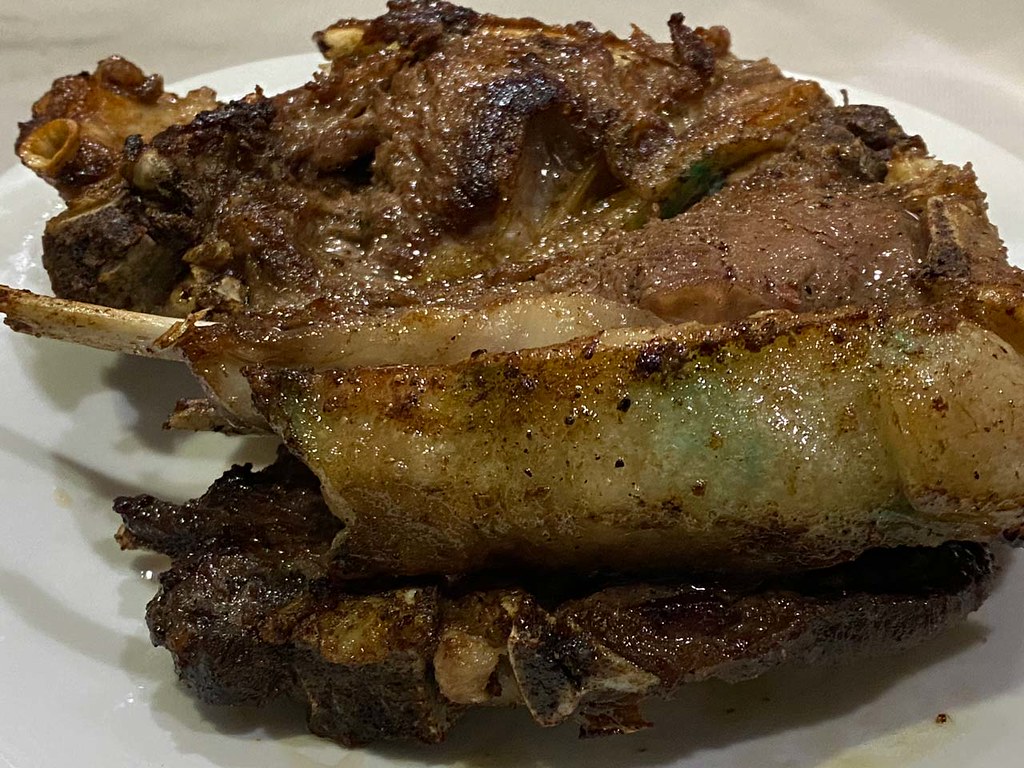 We then spent this morning setting off on the Sebkha Circuit to ruins of medieval era fortresses (aka “ksars”) outside of Timimoun.

The only Ksar that had an official “name” would be Ighzer, the largest fortress ruin in the Timimoun area: 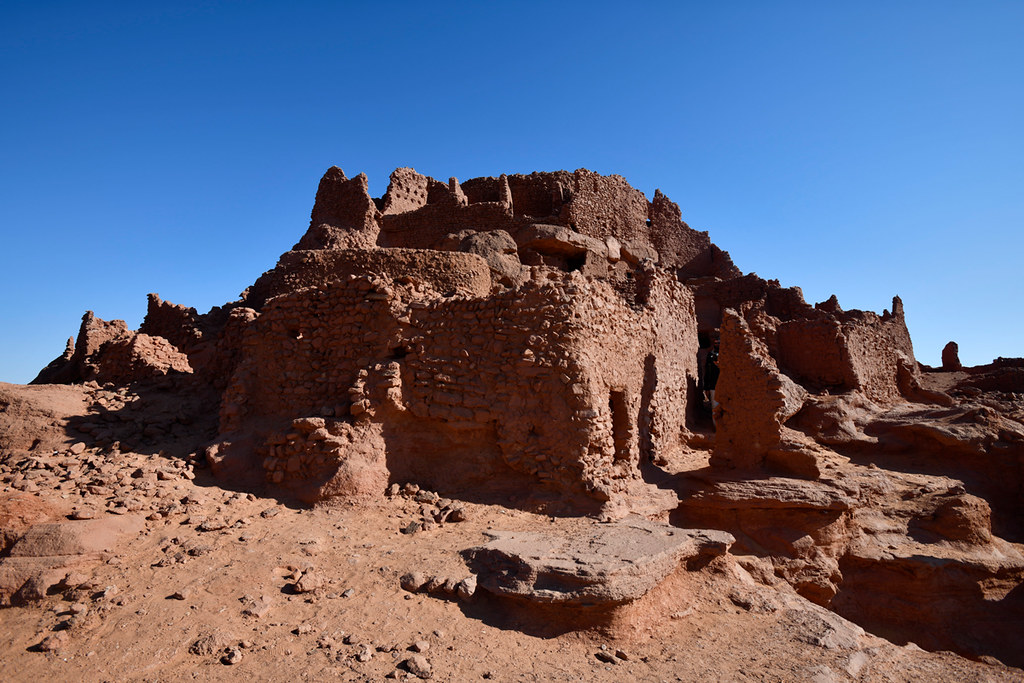 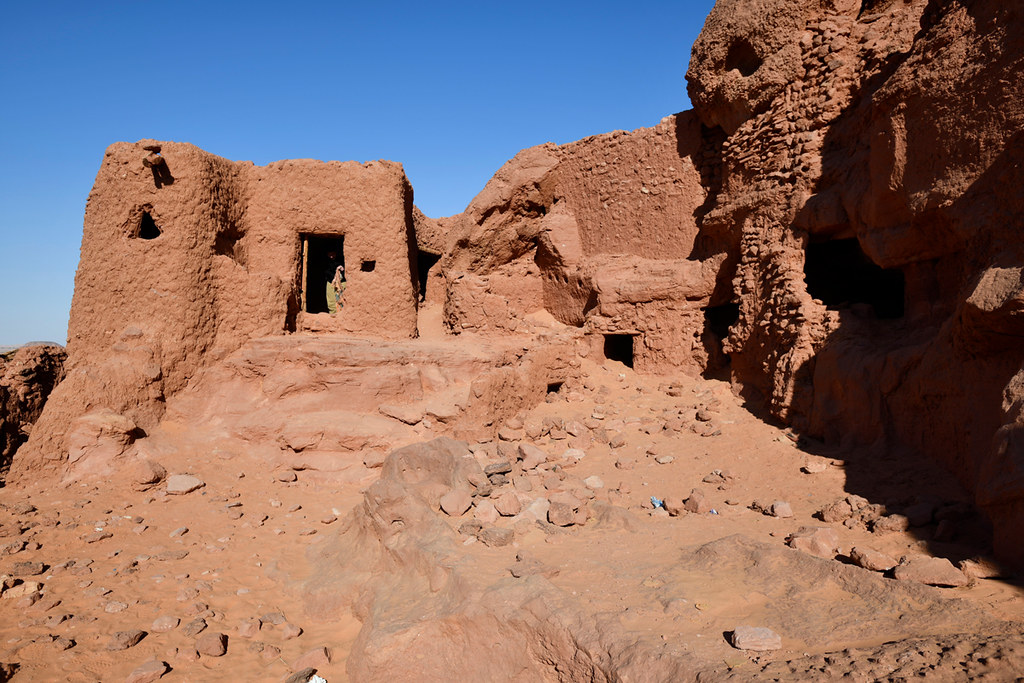 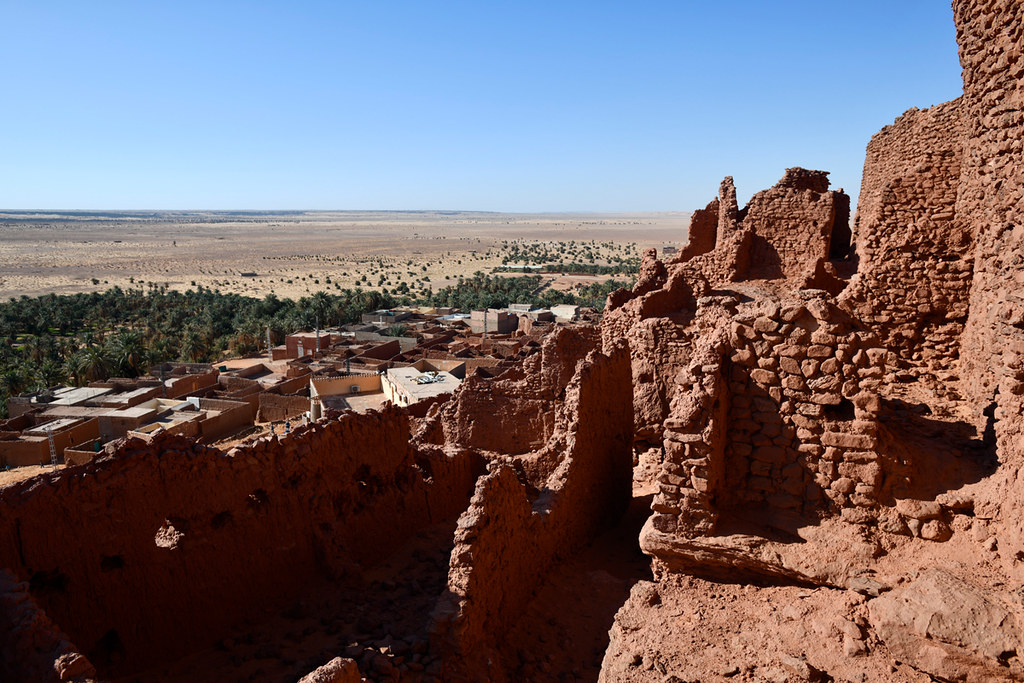 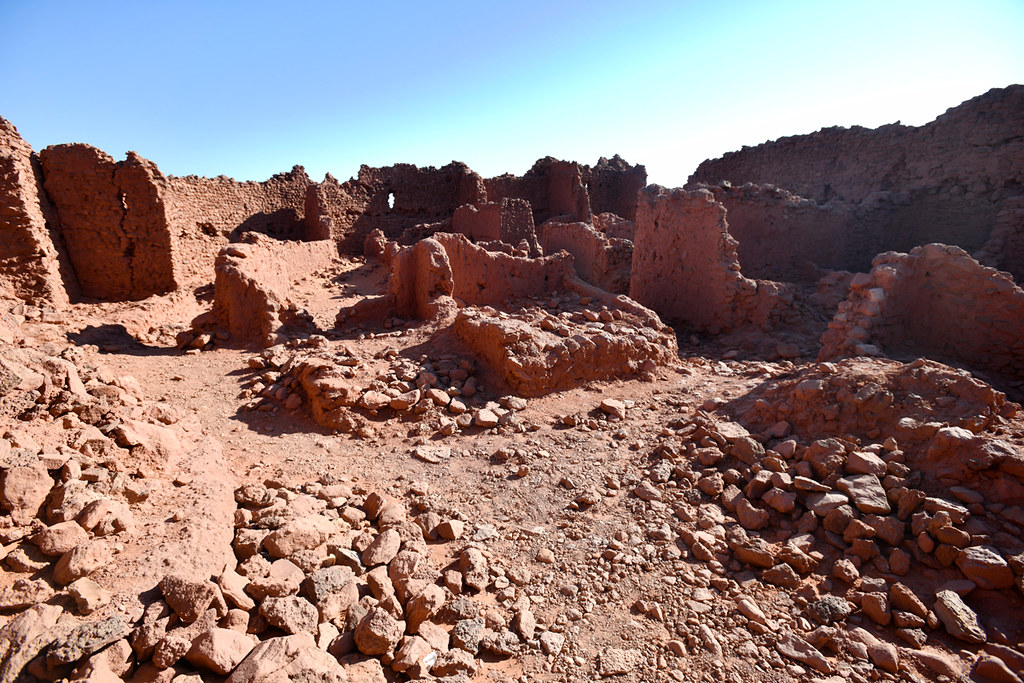 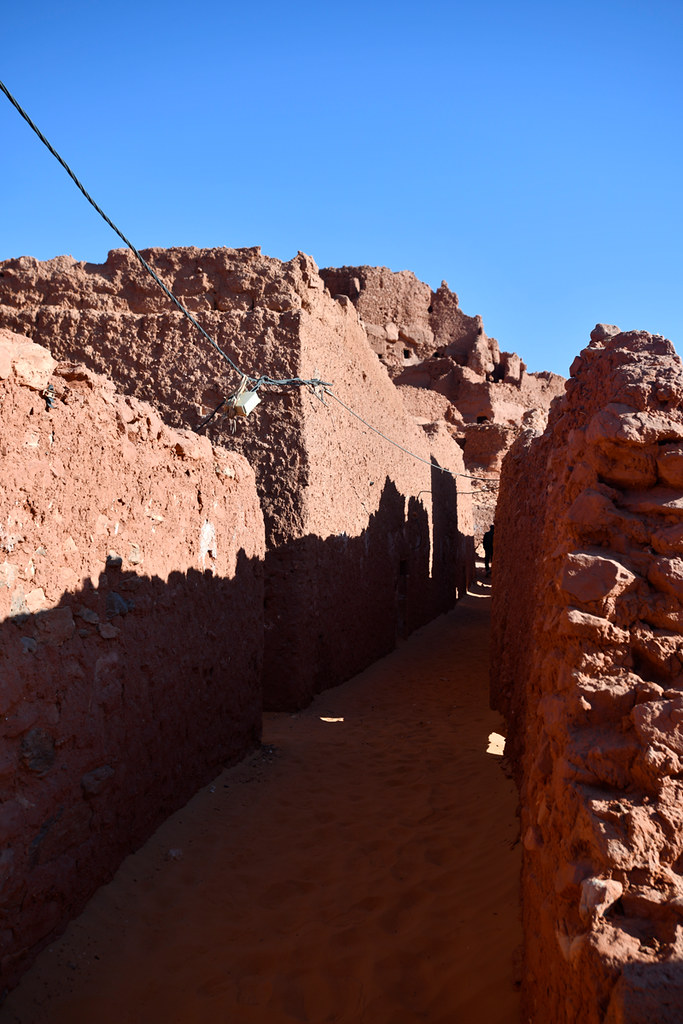 This Ksar might be Ouled Said, but as of time of posting, nobody could really answer this for me: 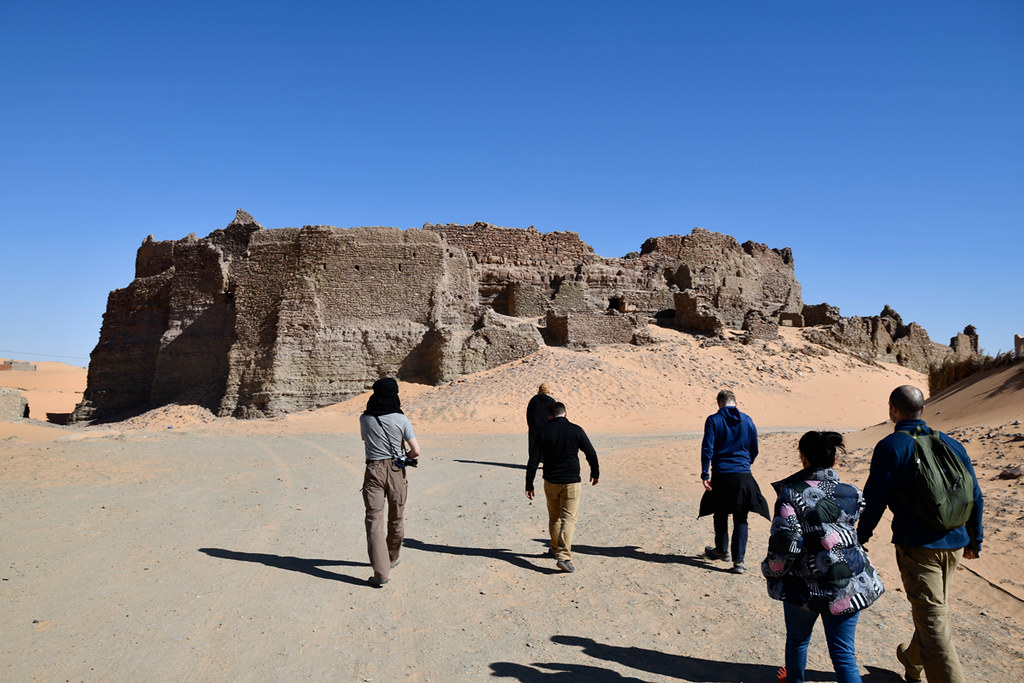 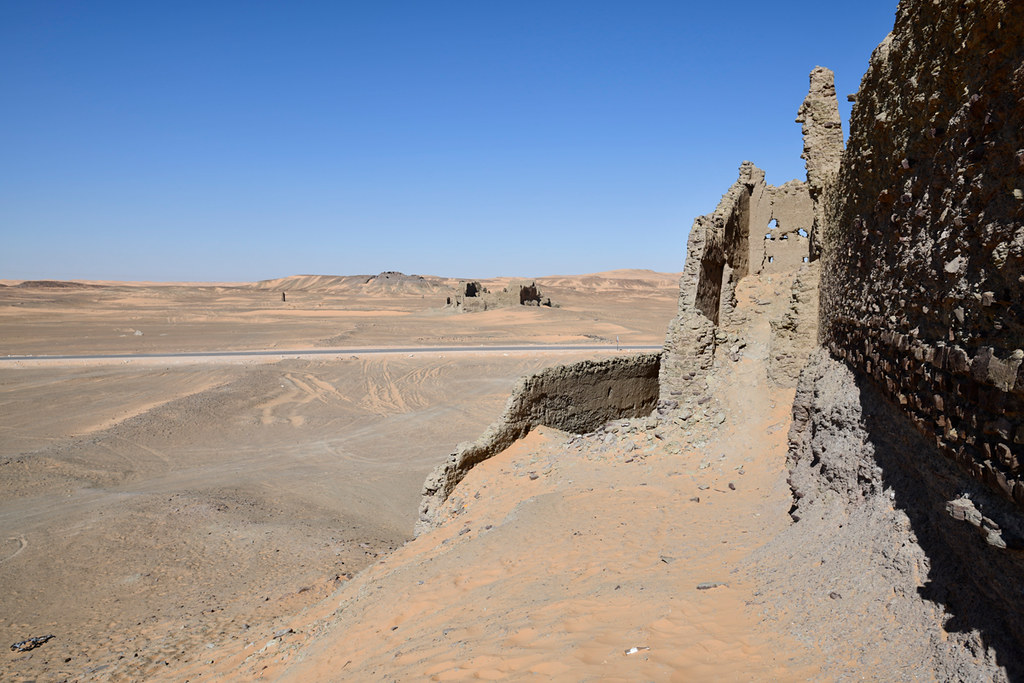 In the middle we tried to enjoy a brief tea break, but the tea guy never showed up probably due to Friday prayers: 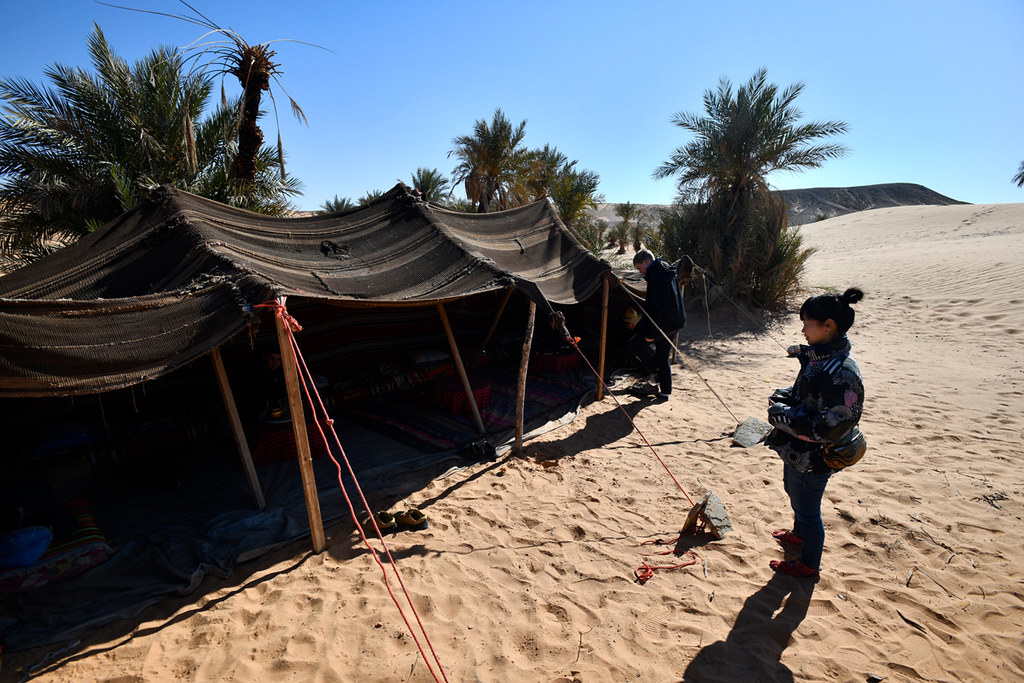 We then walked up and through another random Ksar . . . 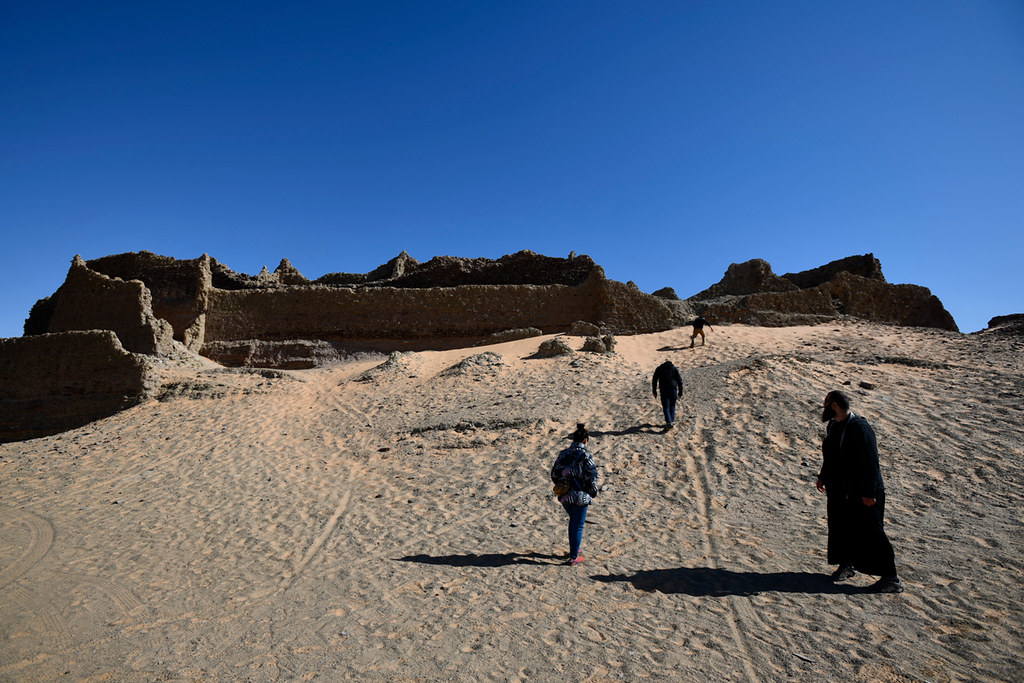 . . . before finally finishing at a random souvenir shop. Yes exiting through the gift shop also happens out here! 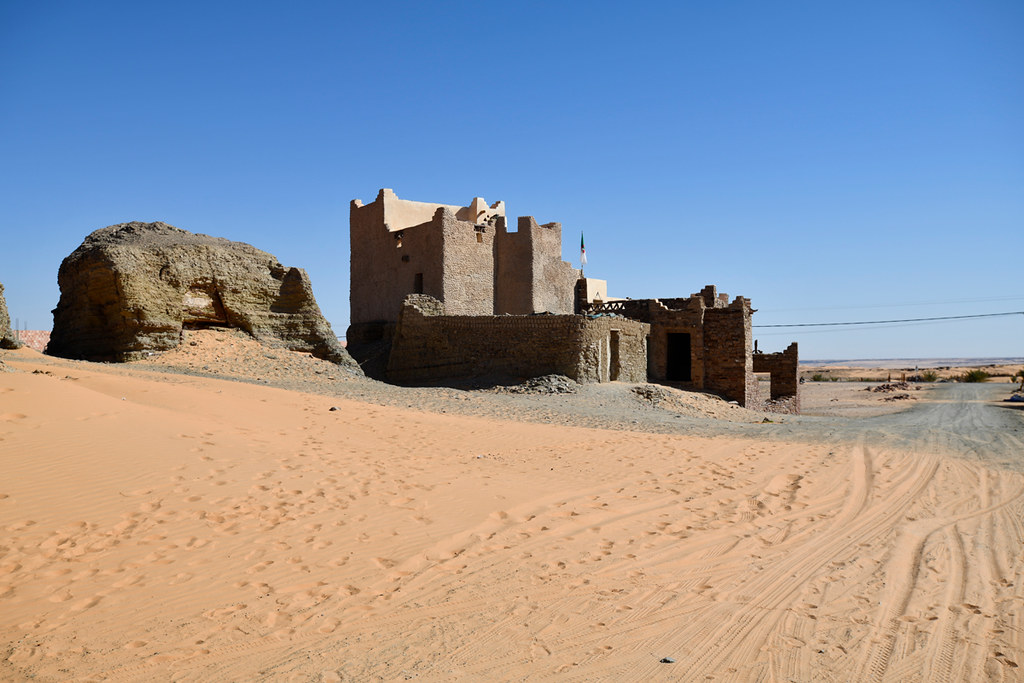 Afterwards we enjoyed a picnic lunch in the oasis: 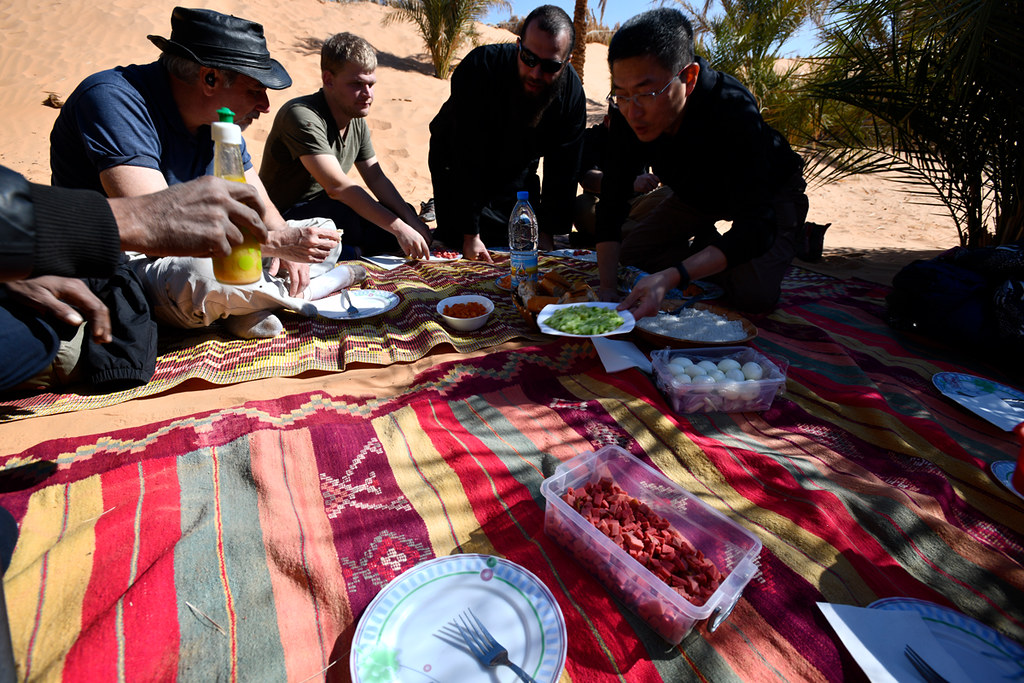 Then it was a quick break coffee break back in the town of Timimoun while watching “The Day After Tomorrow” in a tea shop before heading off for our 5:10pm Al Algiers flight to Oran. 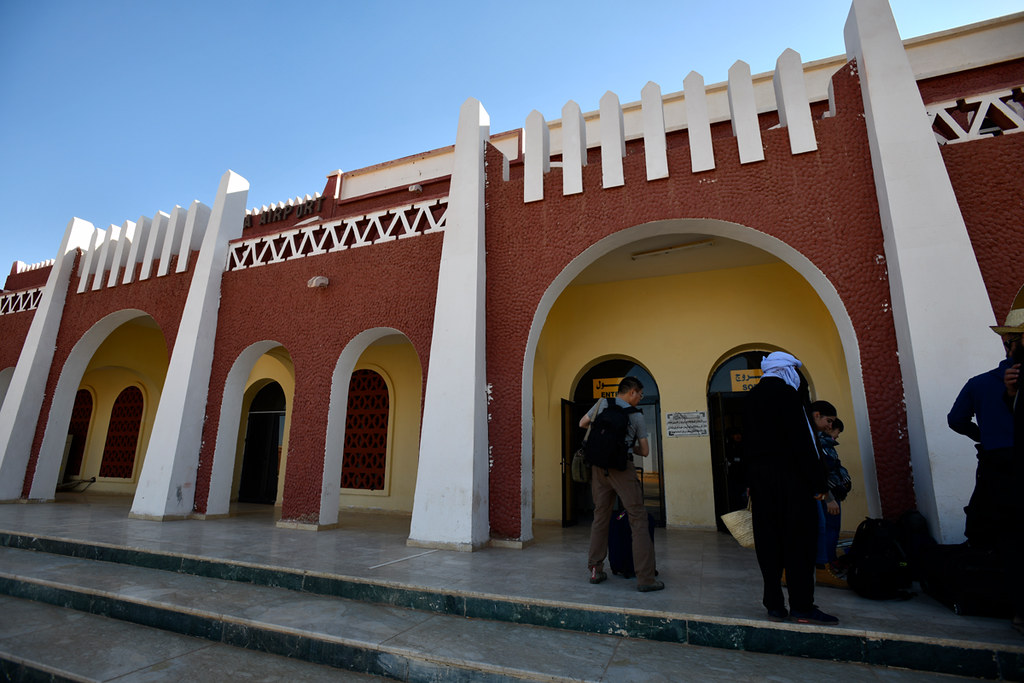 Like flying within Comoros, they conduct a security screening and check your bags right on the tarmac: 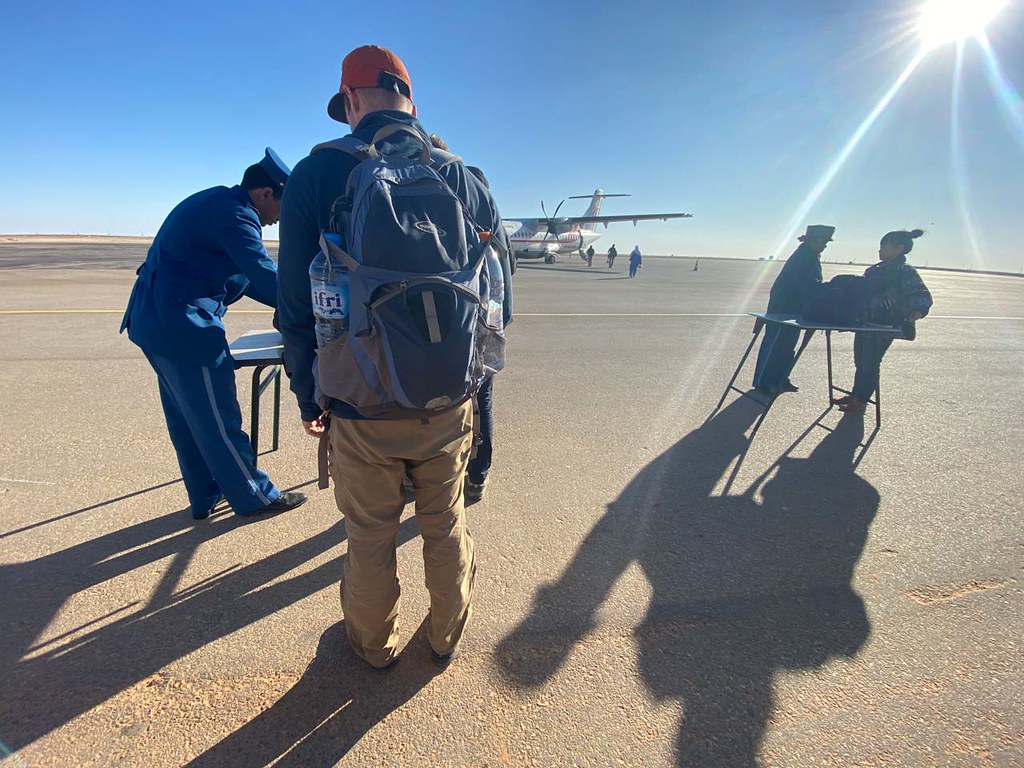 Now we’re in Oran settling in, getting ready for our day trip to Tlemcen tomorrow!