After disembarking from a train journey of a lifetime, we drove out towards a campsite outside of Choum by 1am and spent the rest of the night in our tents. 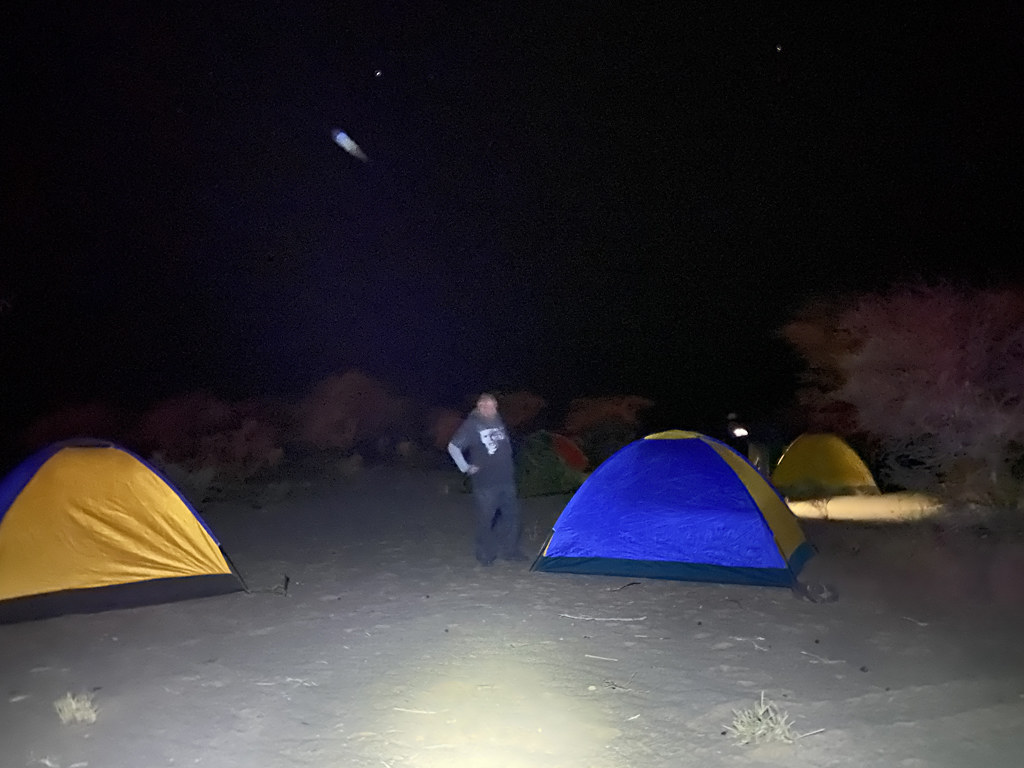 The stars here are unbelievable. 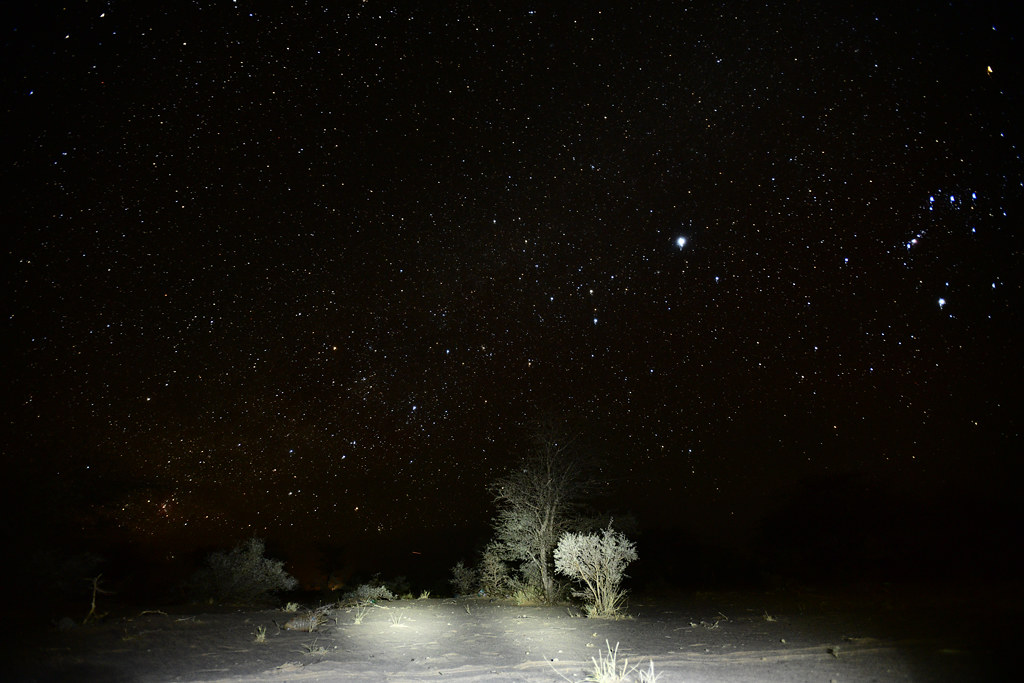 When the sun rose at 8am, we woke up to a picnic breakfast. 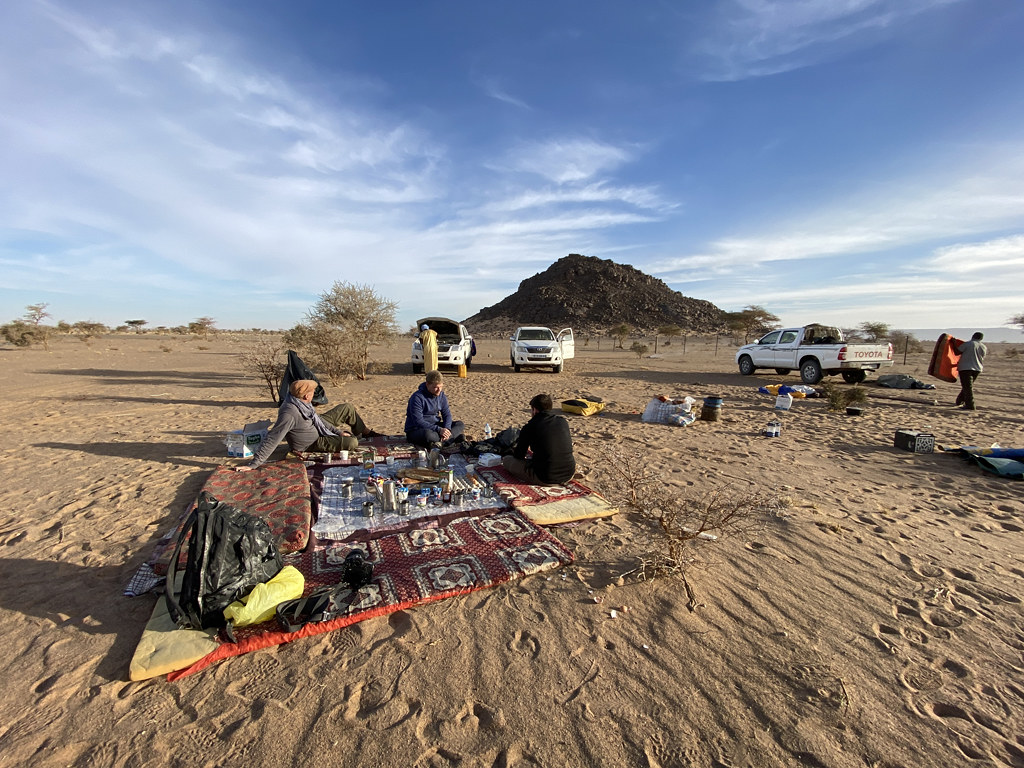 After packing our tents, we then drove up towards Atar and took a break with lunchtime and a much needed shower at hotel Mer et Desert.

Here we met the owner, a French doctor who had fallen in love with a local guide here many years ago while on vacation and subsequently left everything behind to become member of the community. 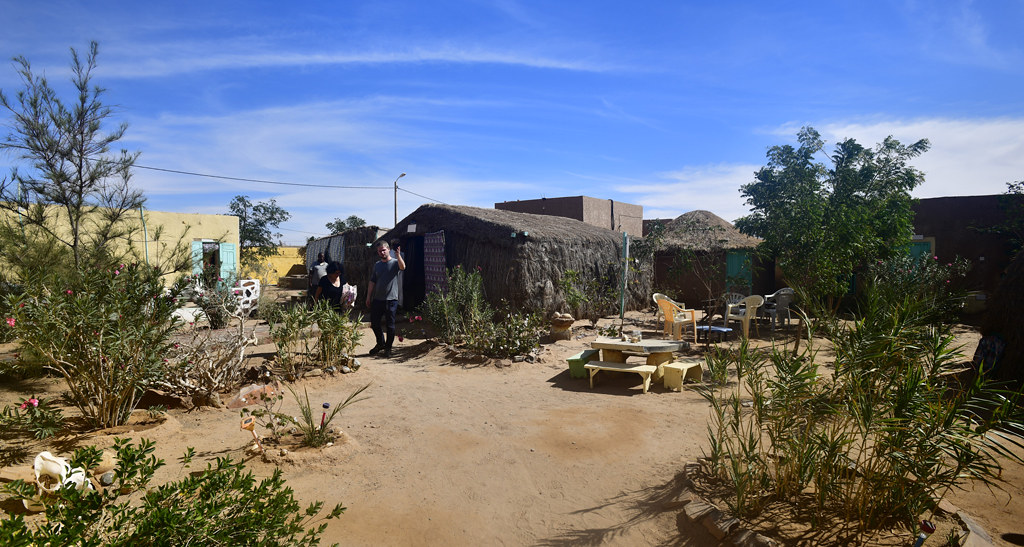 After a pleasant, slow lunch and washing off the dust from the train, we stopped in Atar for a quick sim card purchase (although I wandered off, had a kismet moment of my own and made a few friends, which I describe in the previous post). 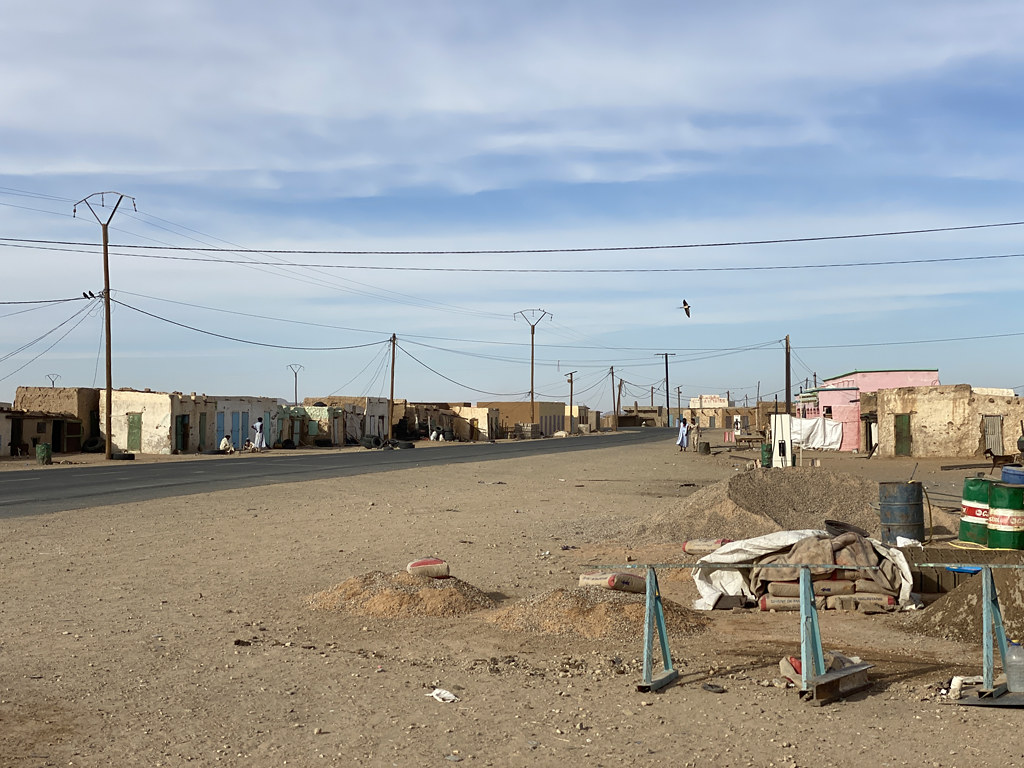 After an hour in Atar and saying goodbye to my new friends, we then set off for an evening sunset from the huge sand dunes outside of Chinguetti before turning in to catch up on much needed sleep at their Hotel Caravanes: 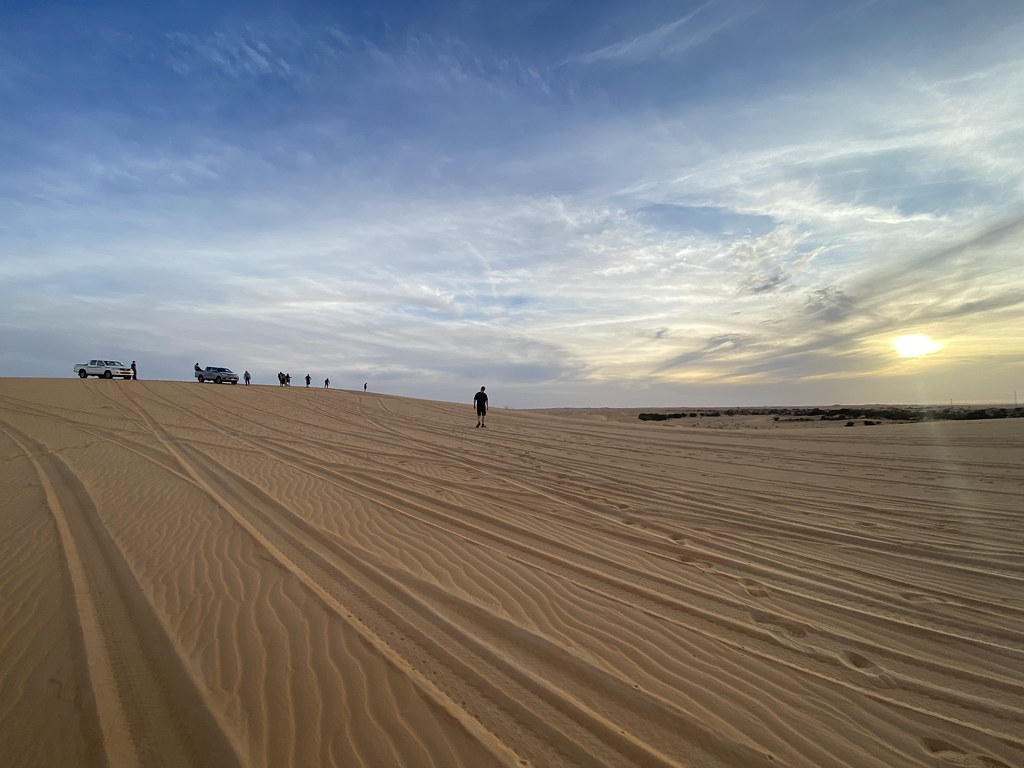 The next morning we set out early at 8am to explore more of the UNESCO world heritage site of Chinguetti. 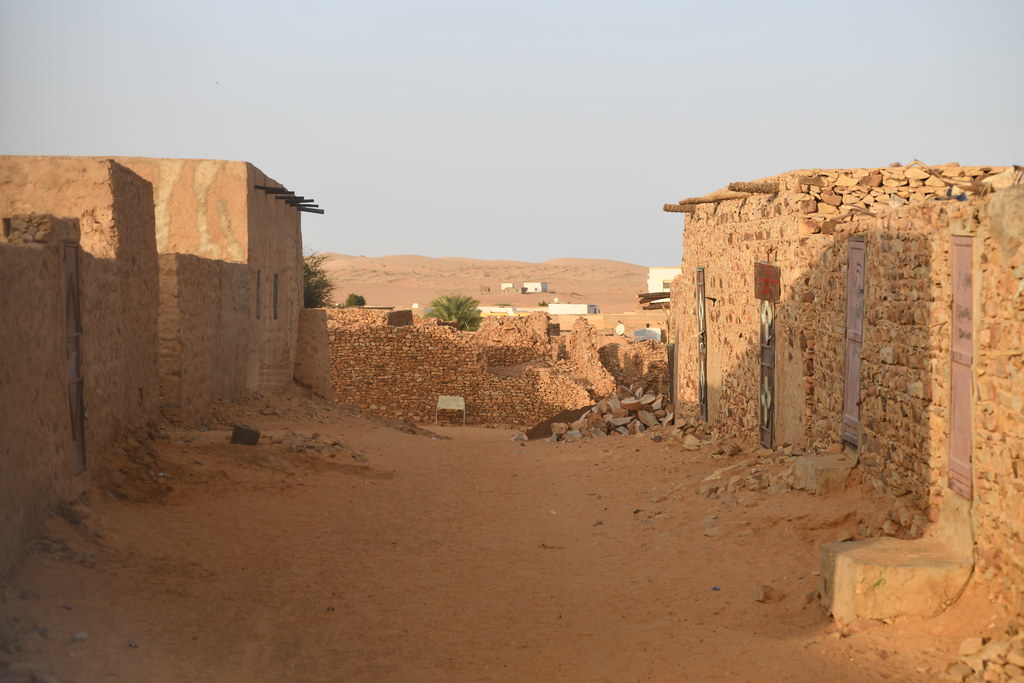 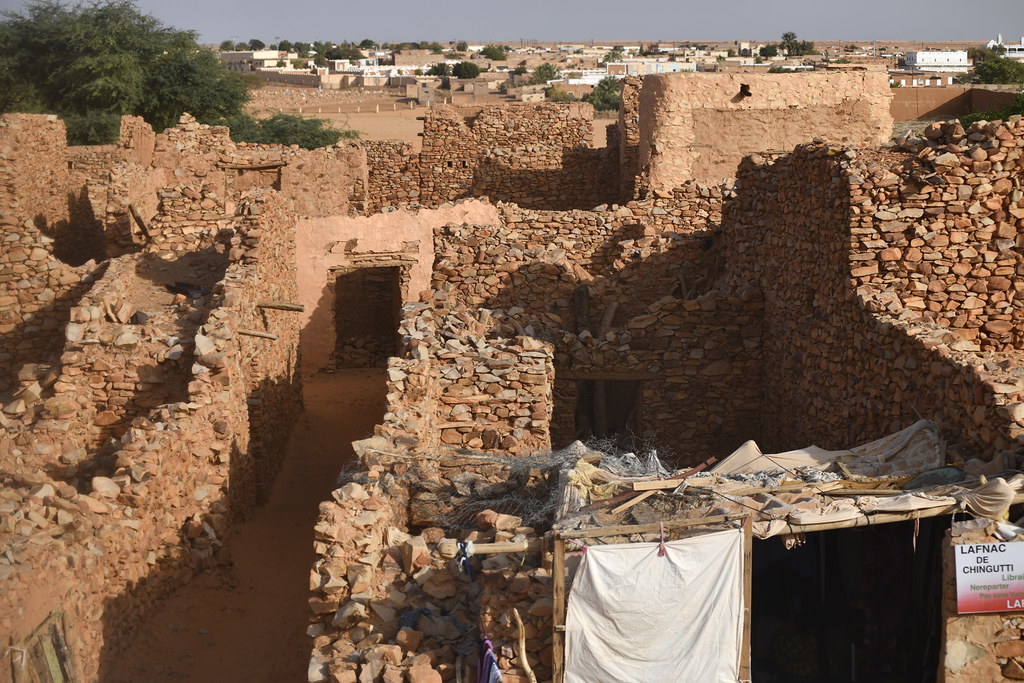 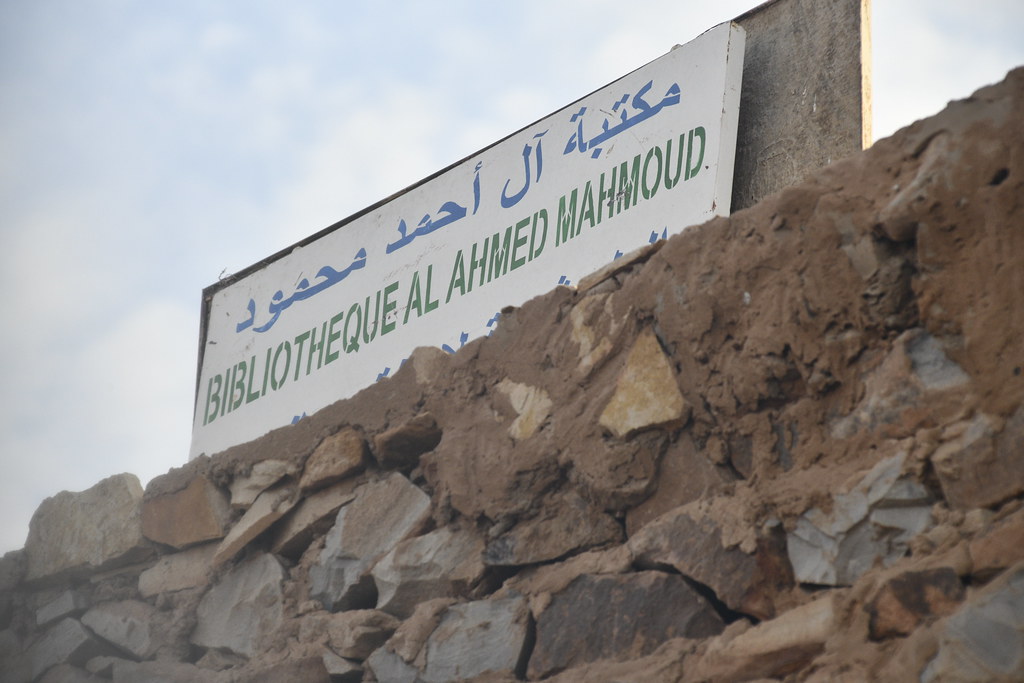 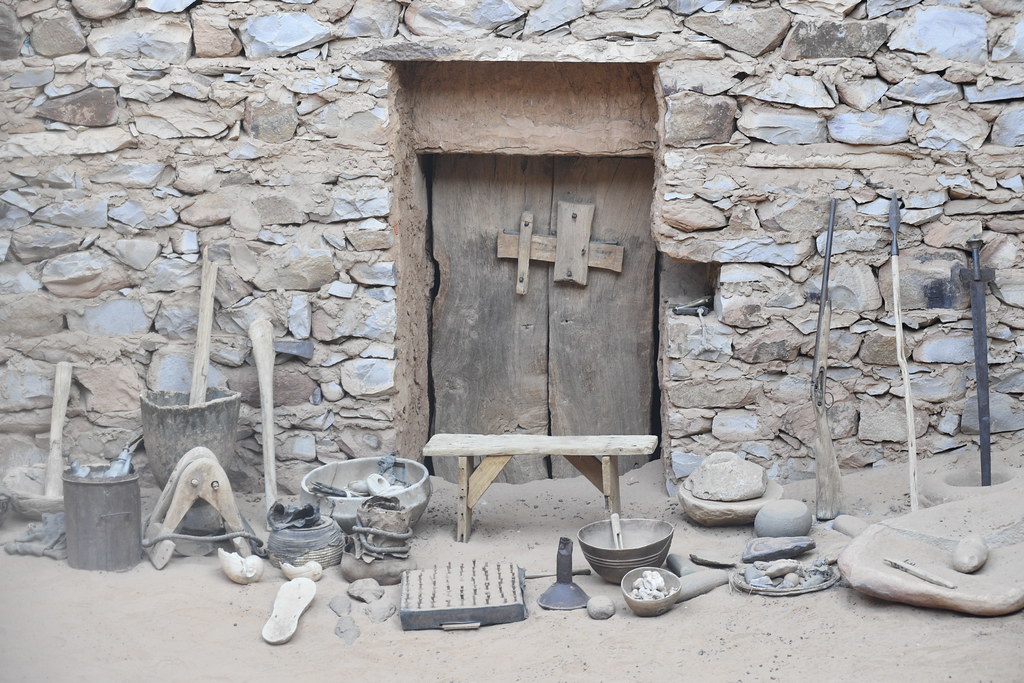 . . . where its very famous librarian (I see a photo of him in anyone’s album of Mauritania and Chinguetti) sat down with us and spoke at length on the dire need for greater education within the Islamic world to prevent further radicalism of their religion. 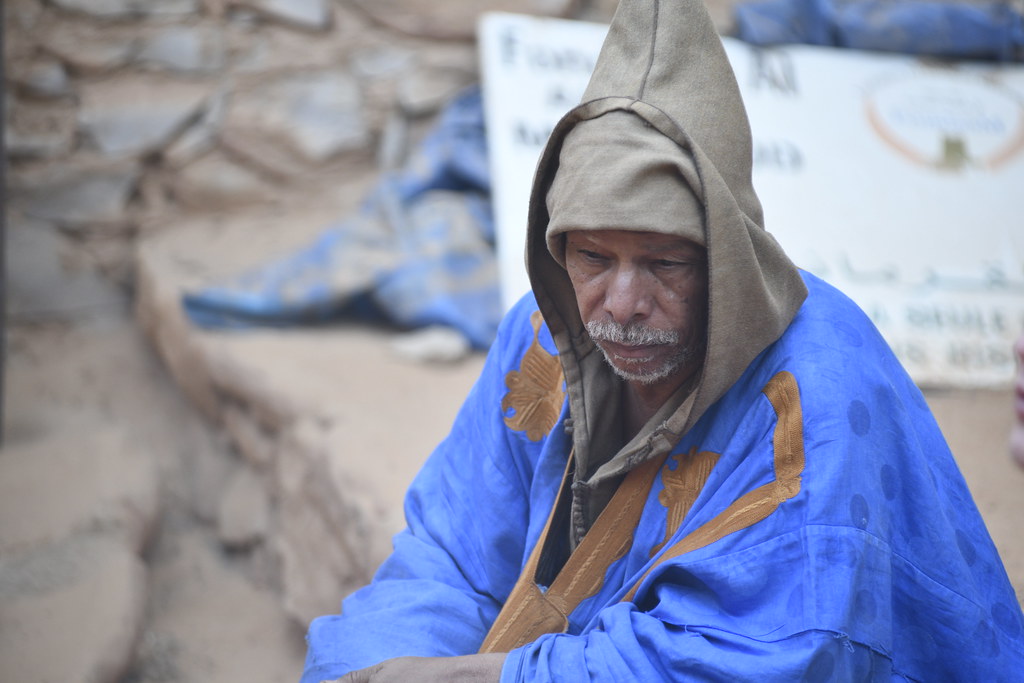 After 20 minutes chatting, he then showed us his tremendous archives of historical Islamic texts dating as far back as a millennia prior. 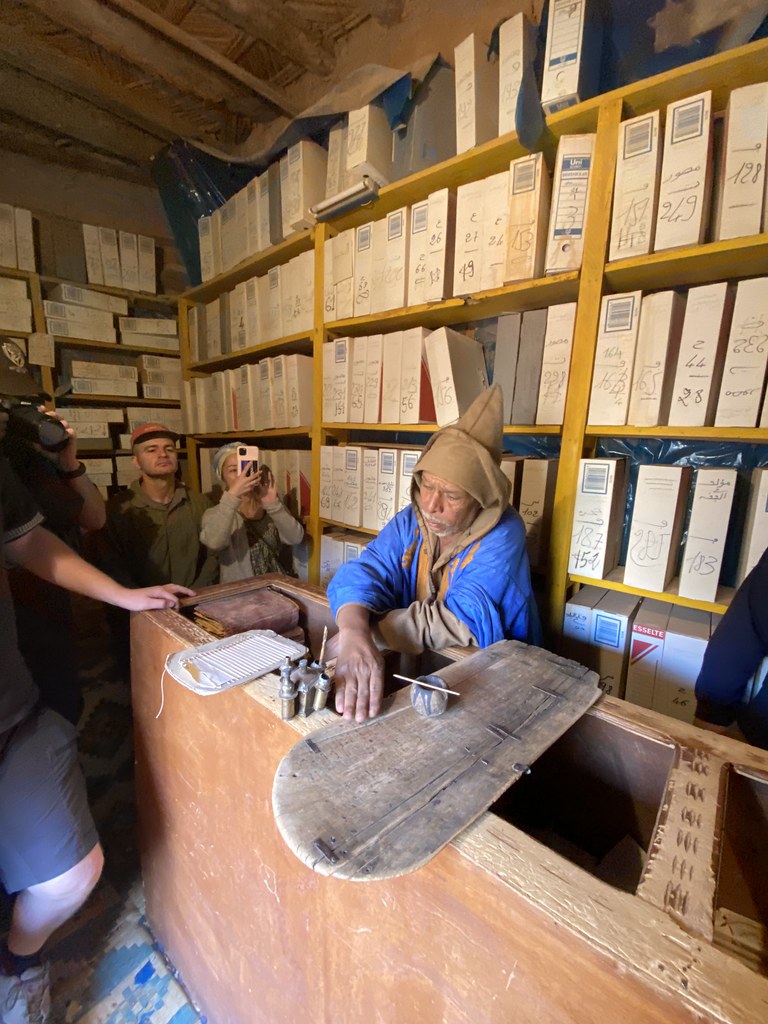 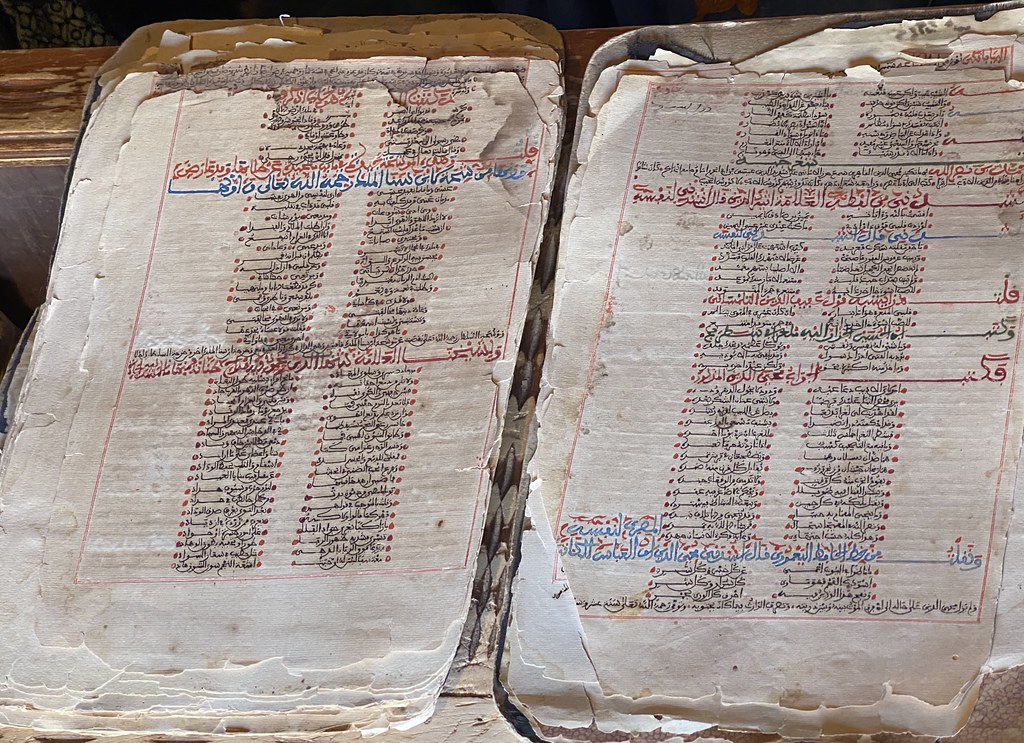 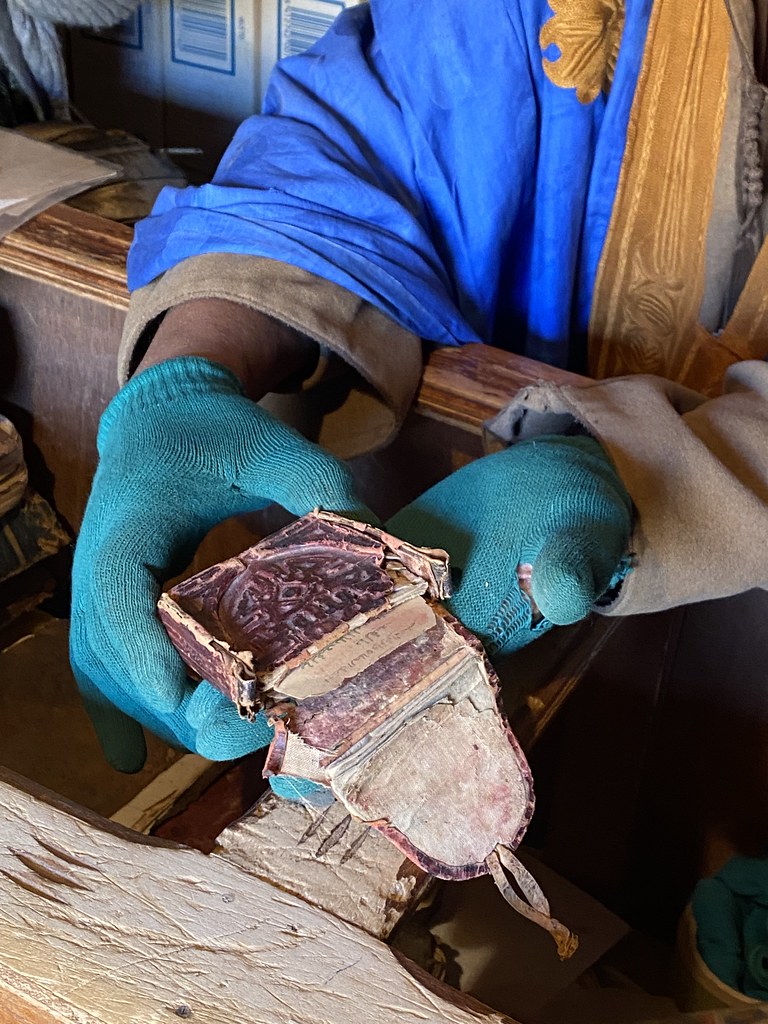 The next important stop here is the Friday Mosque of Chenguitti, the national symbol of Mauritania. 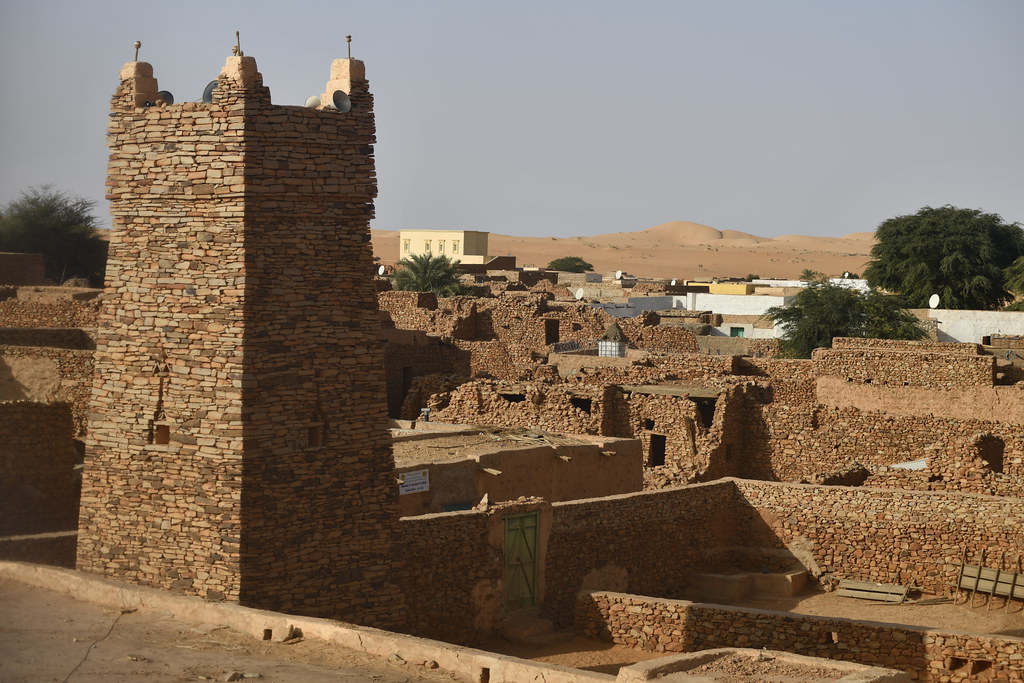 You can get a great panorama of it from the library’s rooftop. Much of the old centre dates from the 12th century:

For centuries this city was the gathering point for pilgrims of the Maghreb to gather on their way to Mecca. Africans claim it as the 7th most holy city of Islam. 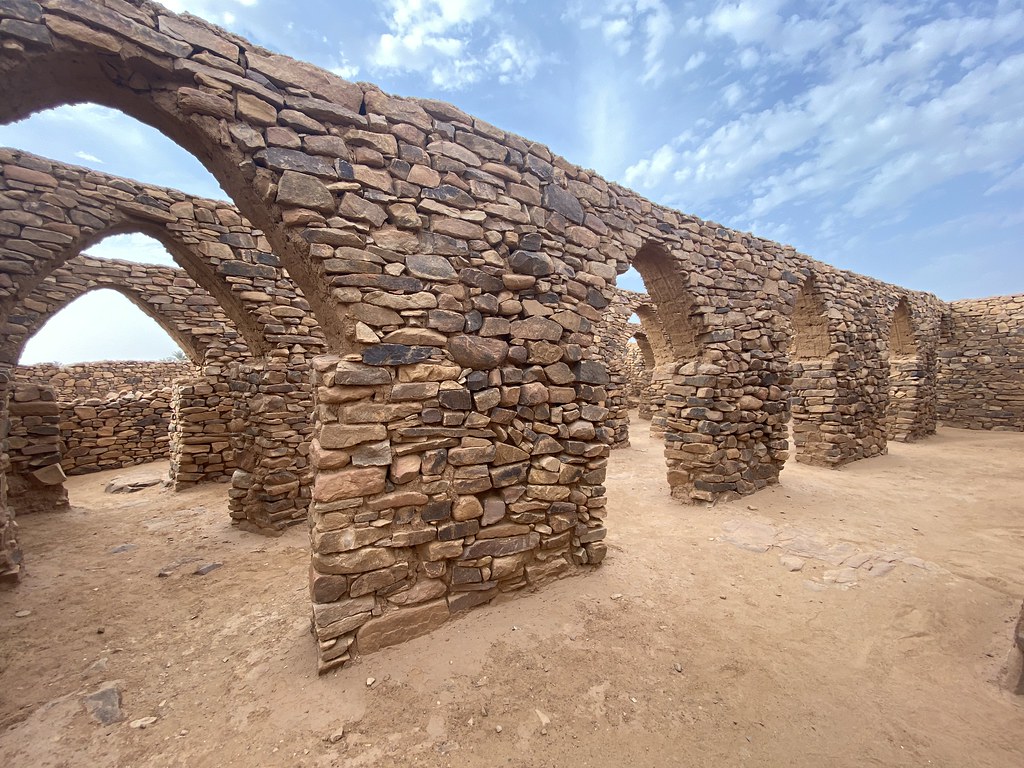 We then continued onwards towards Ouadane.