Not A “Ouadane” Soul In Sight!

After exploring Chinguetti early this morning we then headed off for a 1-2 hour drive into the Adrar region of Mauritania, stopping at isolated and lost cities of the Sahara where empires were founded and felled. 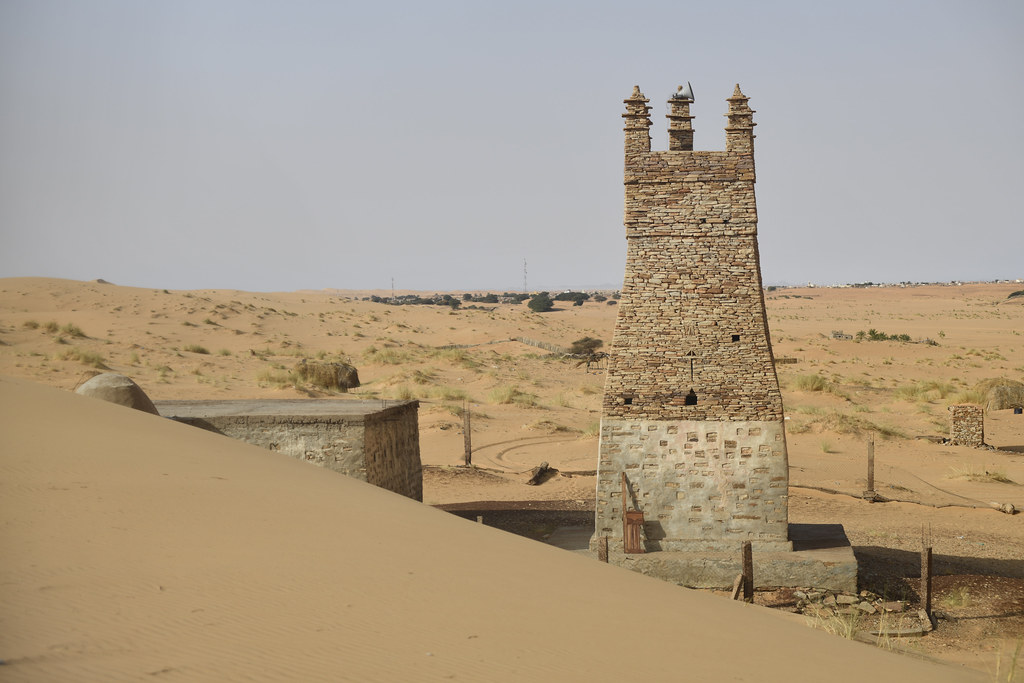 Once upon a time these were important stops of the trans-caravan routes of the Sahara. 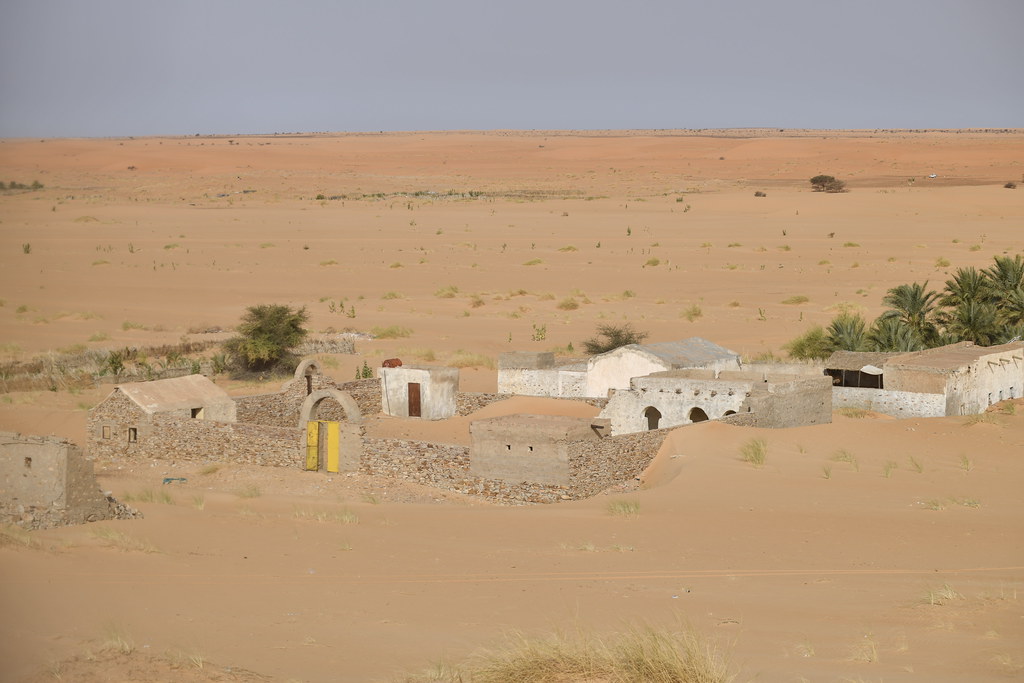 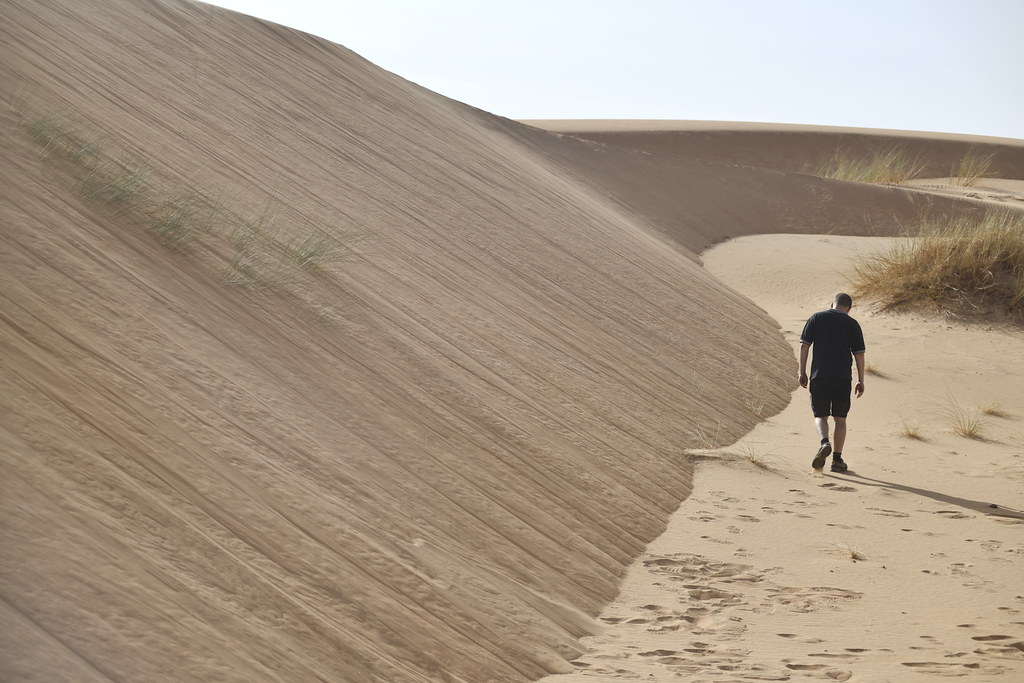 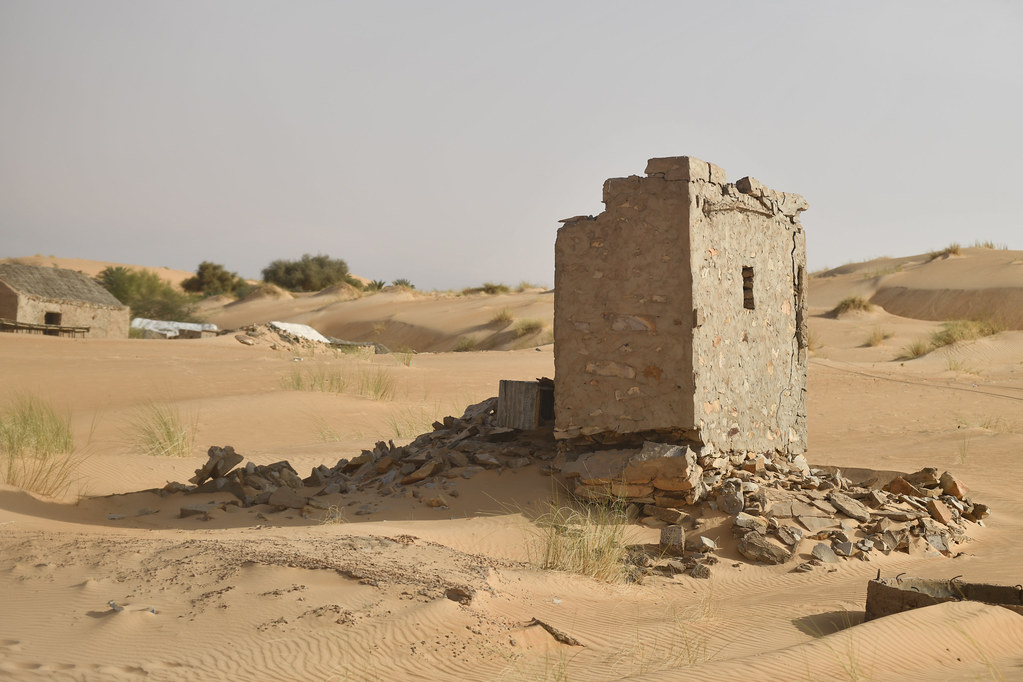 About another 2 hours into the drive, we made a quick pitstop at a remote yet still very active village in the oasis. 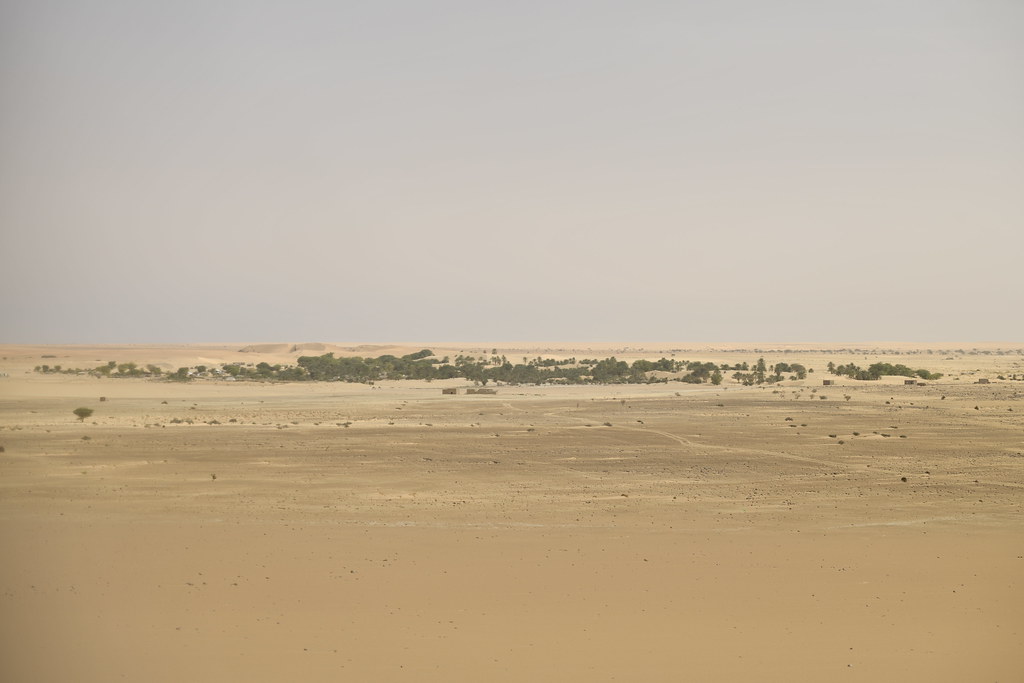 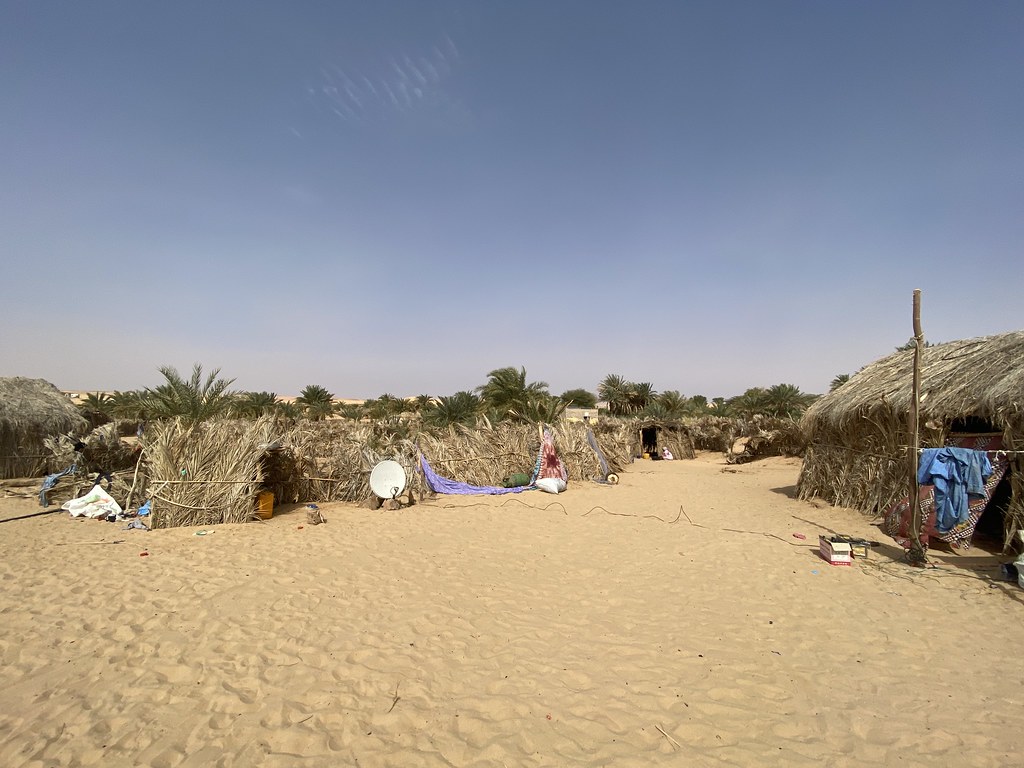 We stayed for an hour here for some tea and souvenir shopping. 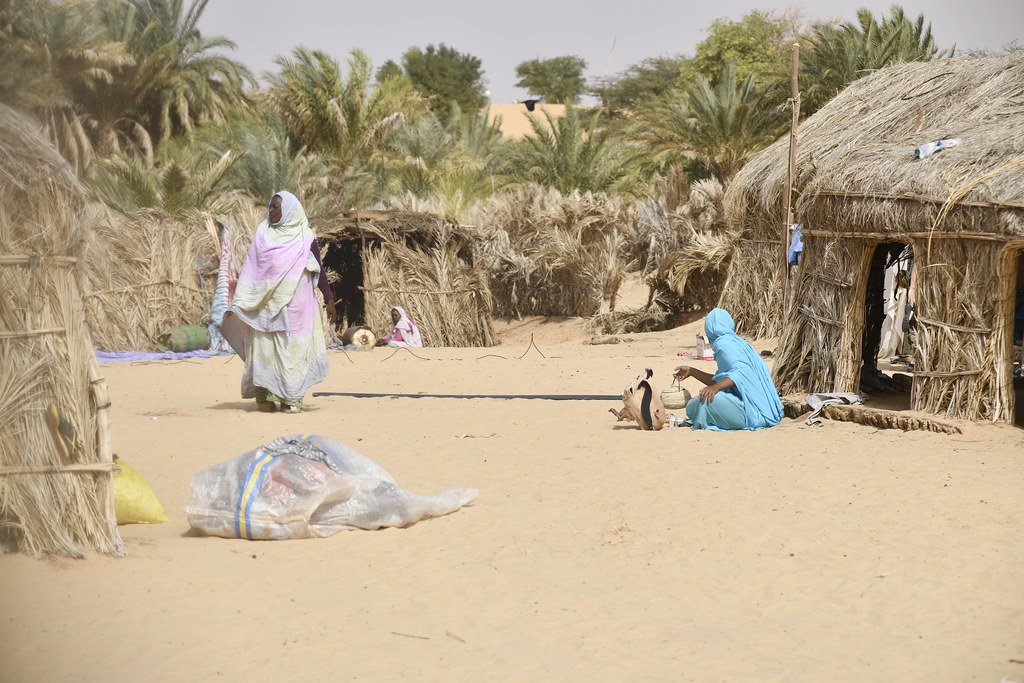 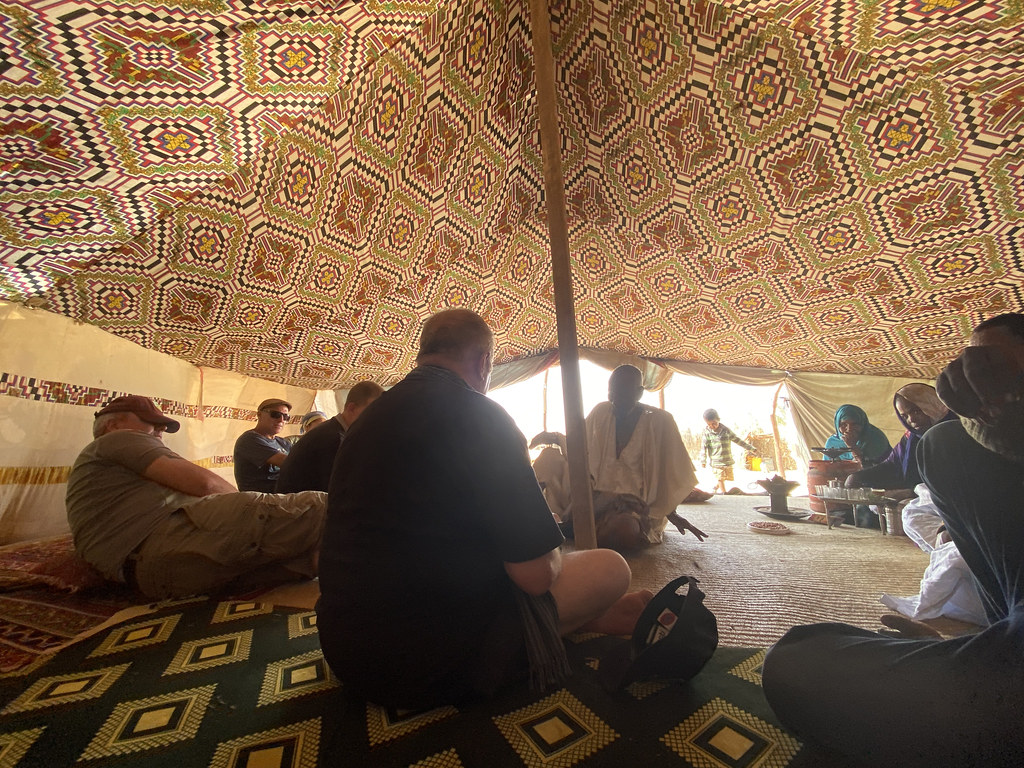 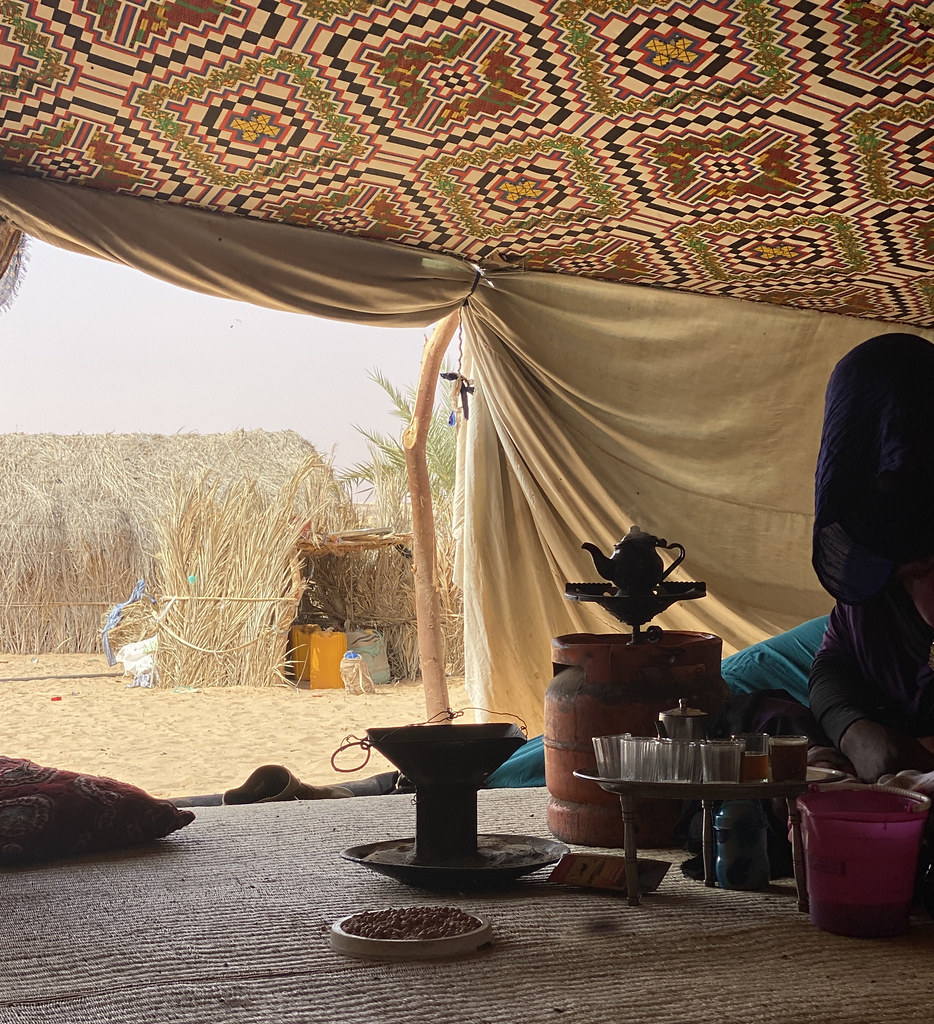 After another 1 hour’s drive we reached Ouadane aka the “Pompeii of Mauritania” for its sprawling city in ruins: 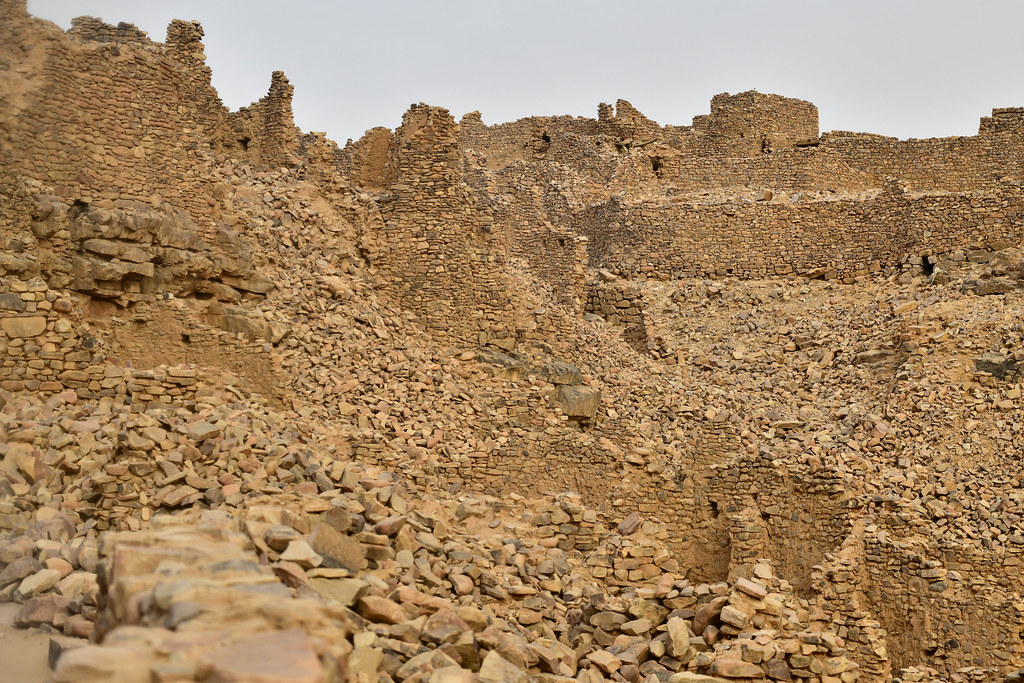 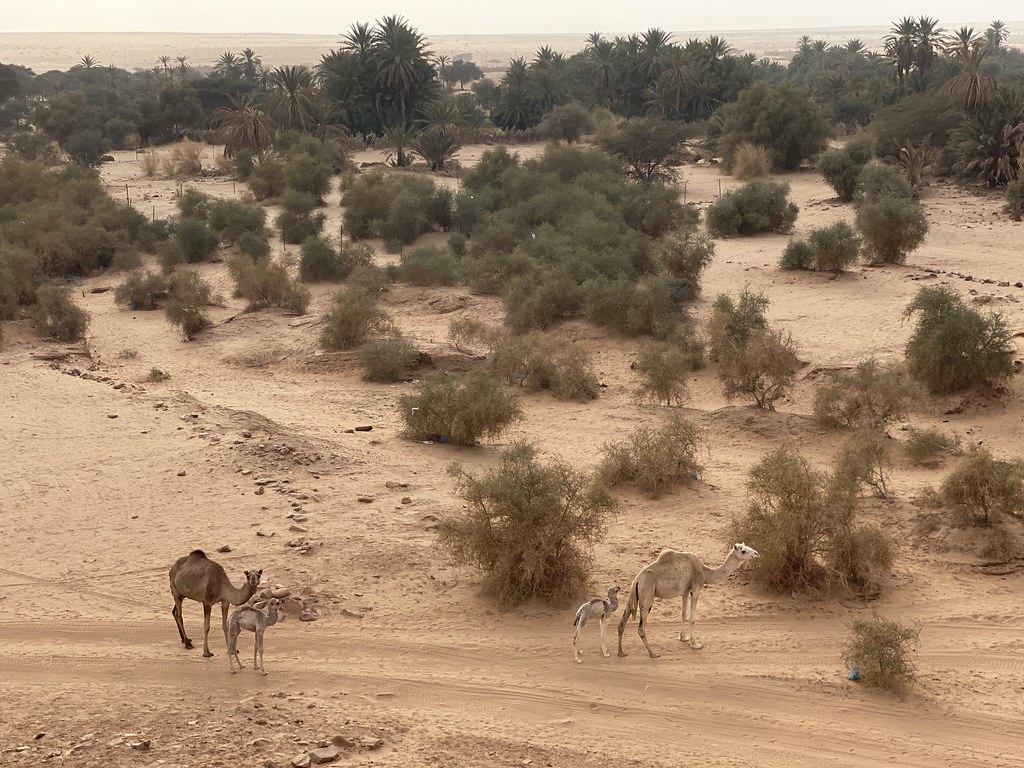 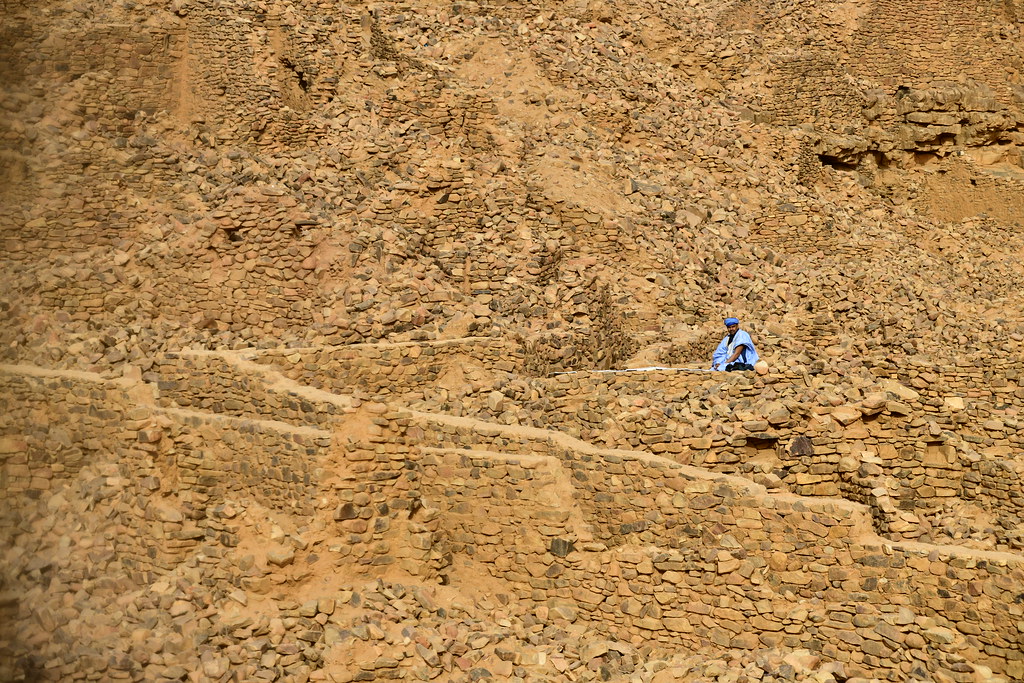 It was here that products of sub-Saharan Africa were traded with those of the Maghreb. Then the Portuguese arrived in 1487 and transformed the city into a local center of cultural, economic and scientific advancement before the town was moved due the need for sturdier structures. 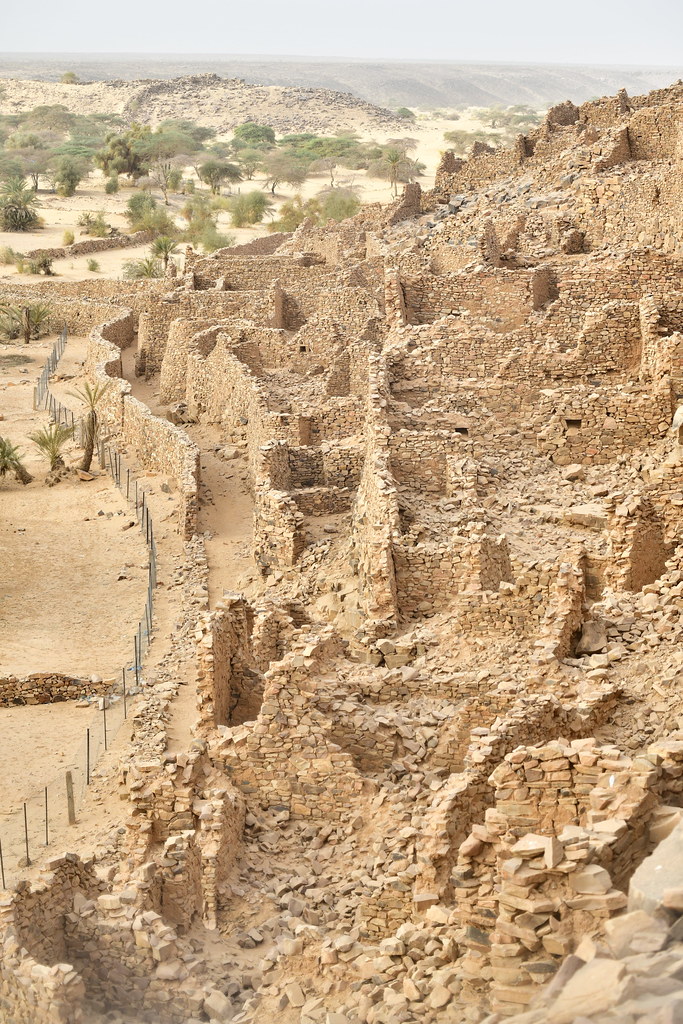 We walked the streets from old town . . . 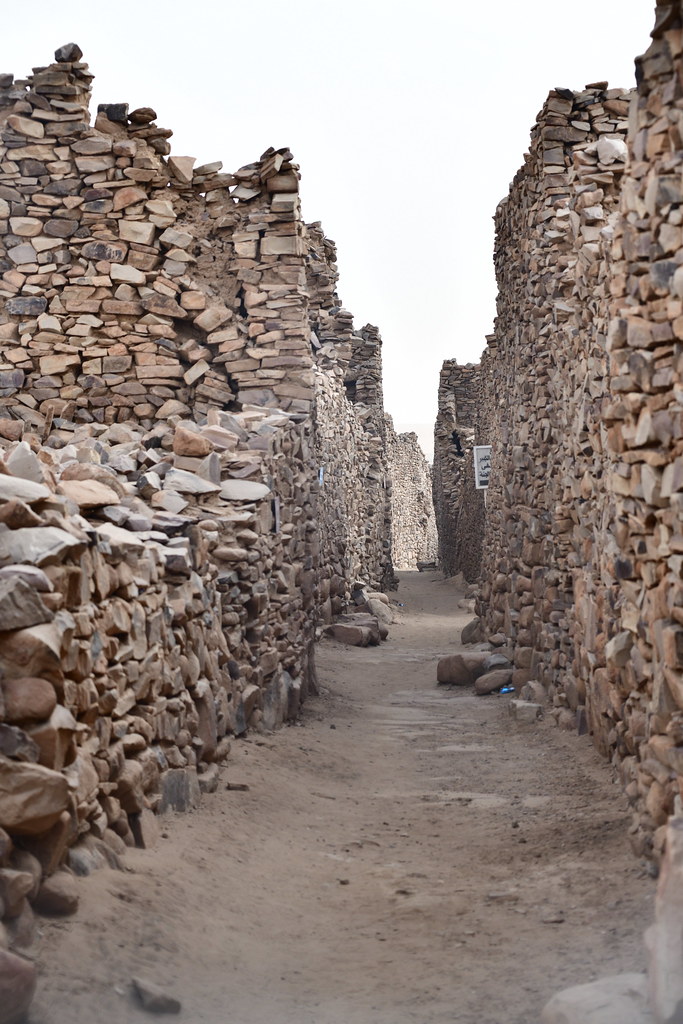 . . . into the new town where we found a working foosball table and locals playing bocce. 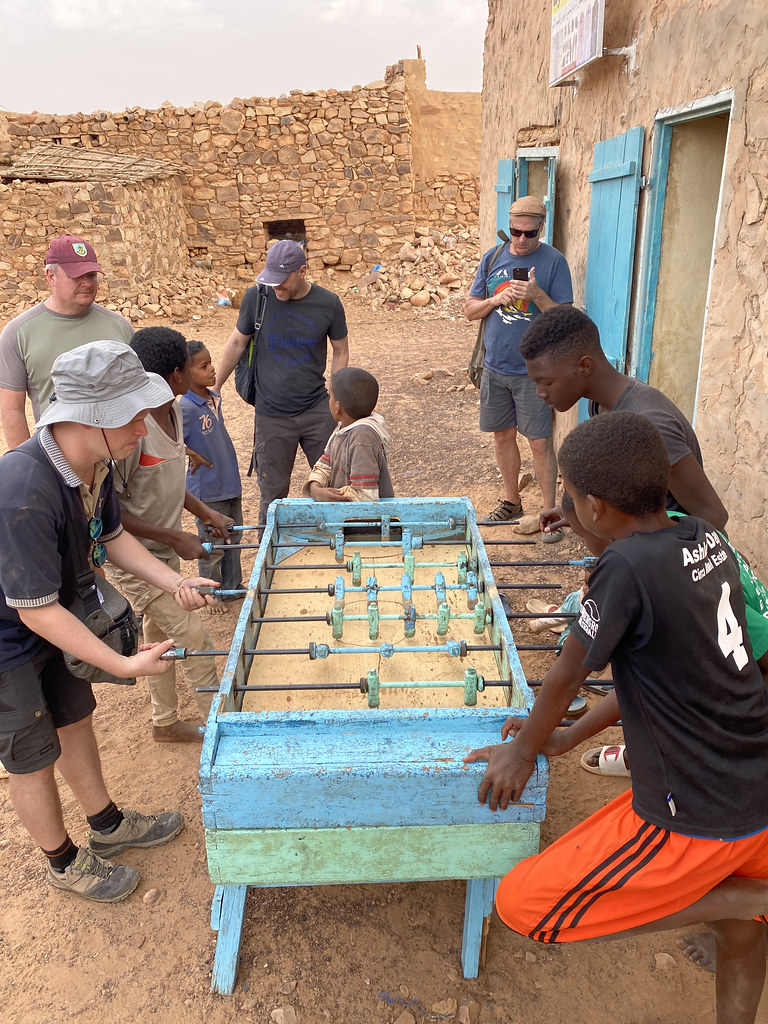 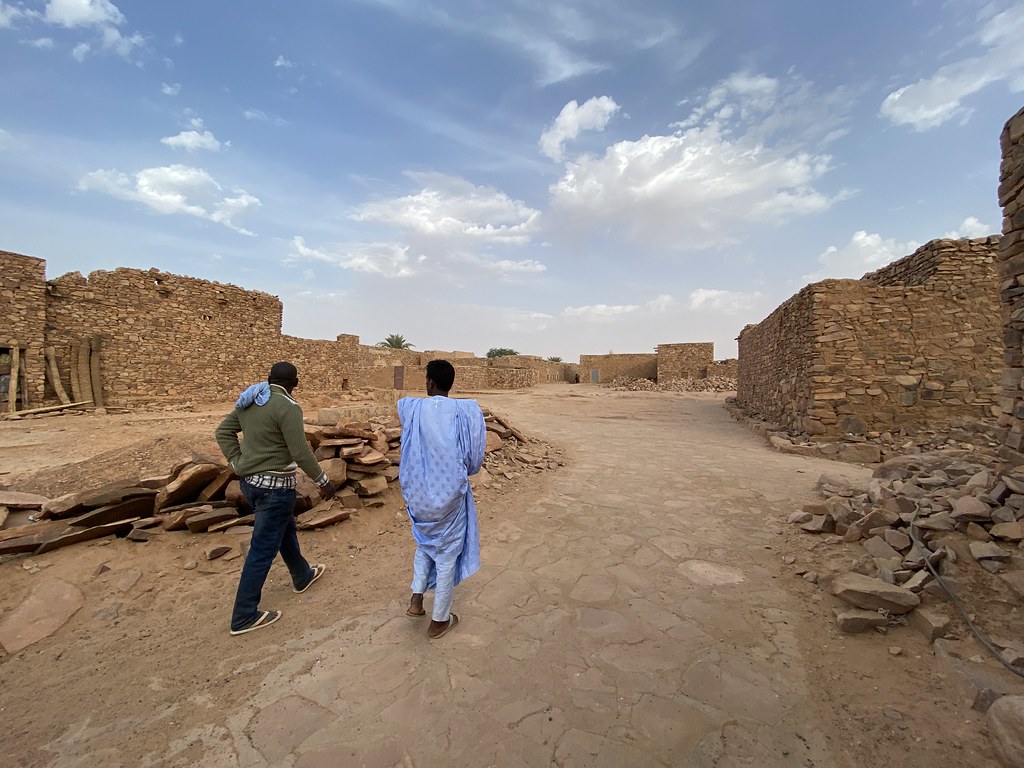 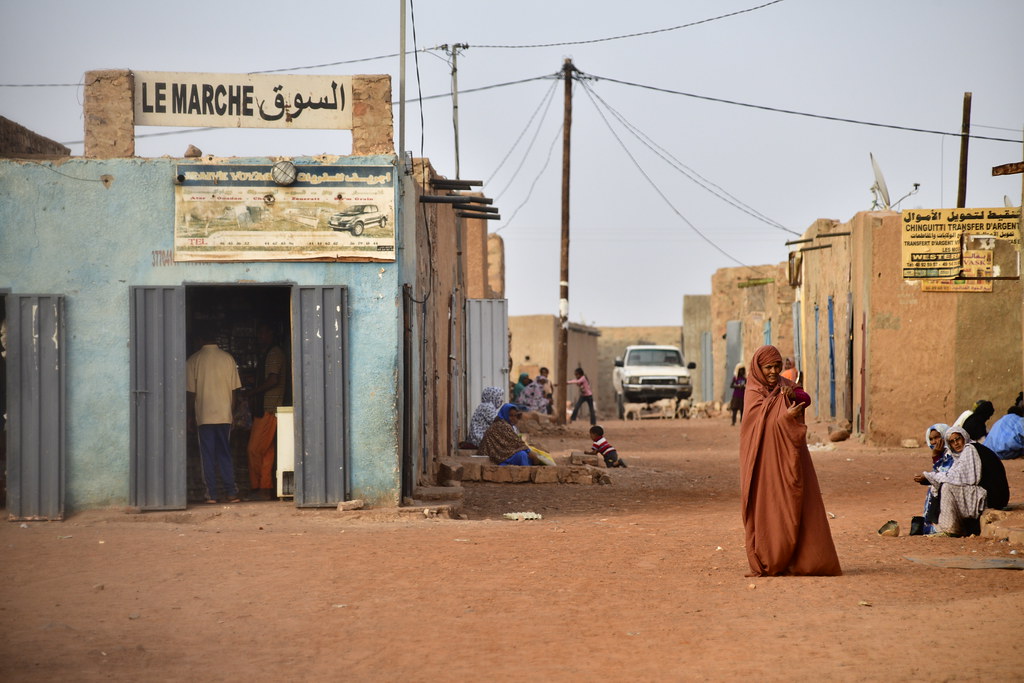 The kids loved us: 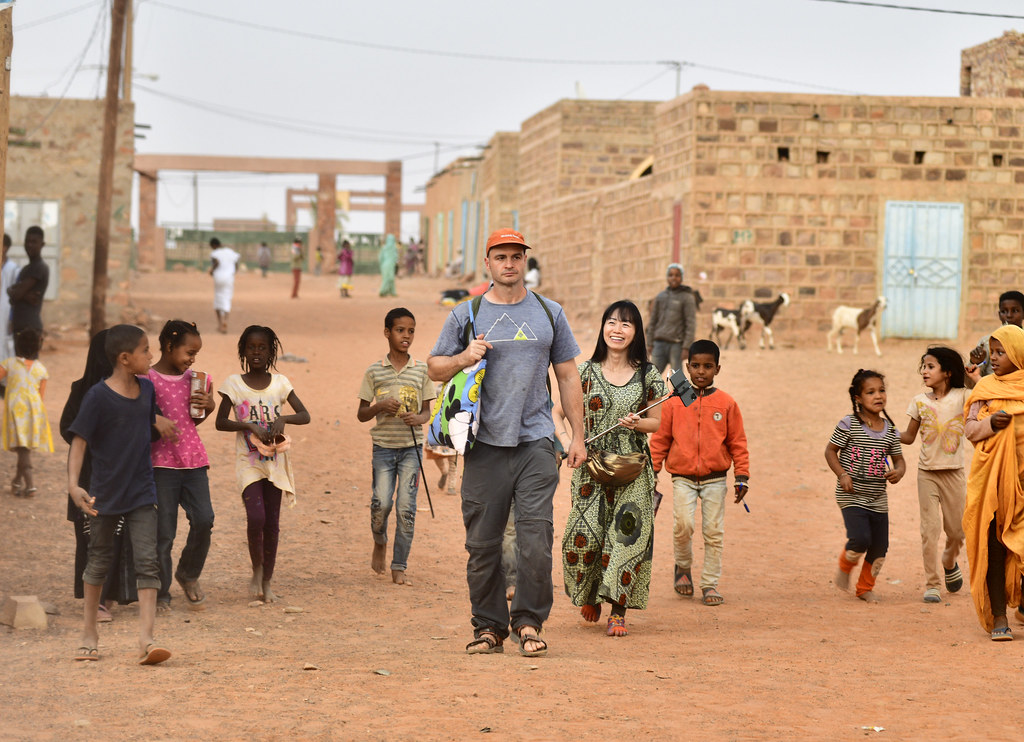 Although authentic, overall the new town vibe somehow had an unexplainable bizarre feeling to it that was shared by others in our group. For some reason the mood felt suspicious and expensive military-grade barbed wire was seen everywhere — including the new hospital as well as the new square — protecting them both from…? Goats? Camels?

Our guide demurred at the question. 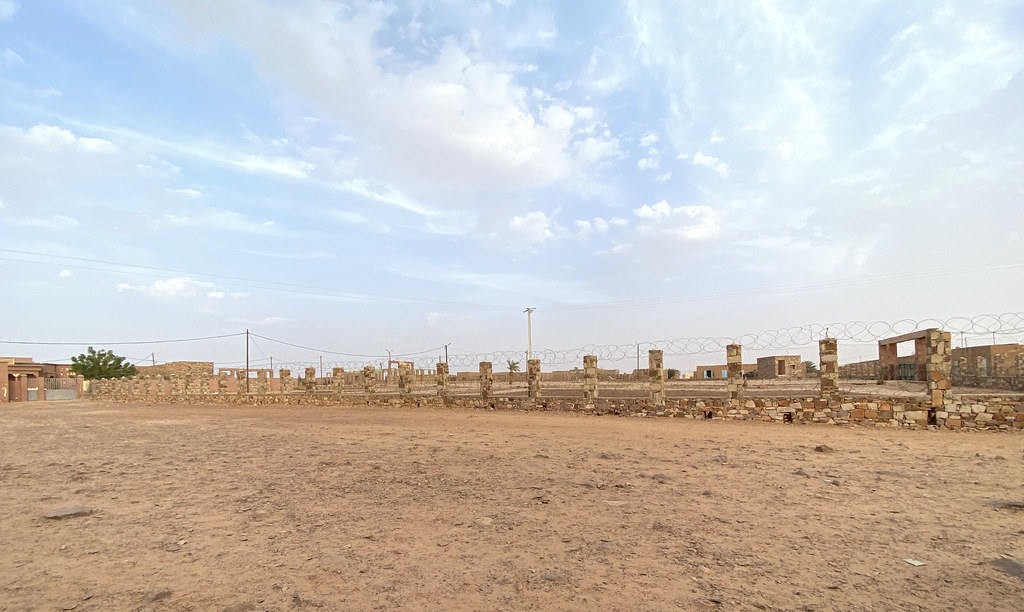 We then returned back to our lodgings, finishing with a traditional dinner and an overnight stay at Hotel Vasque. 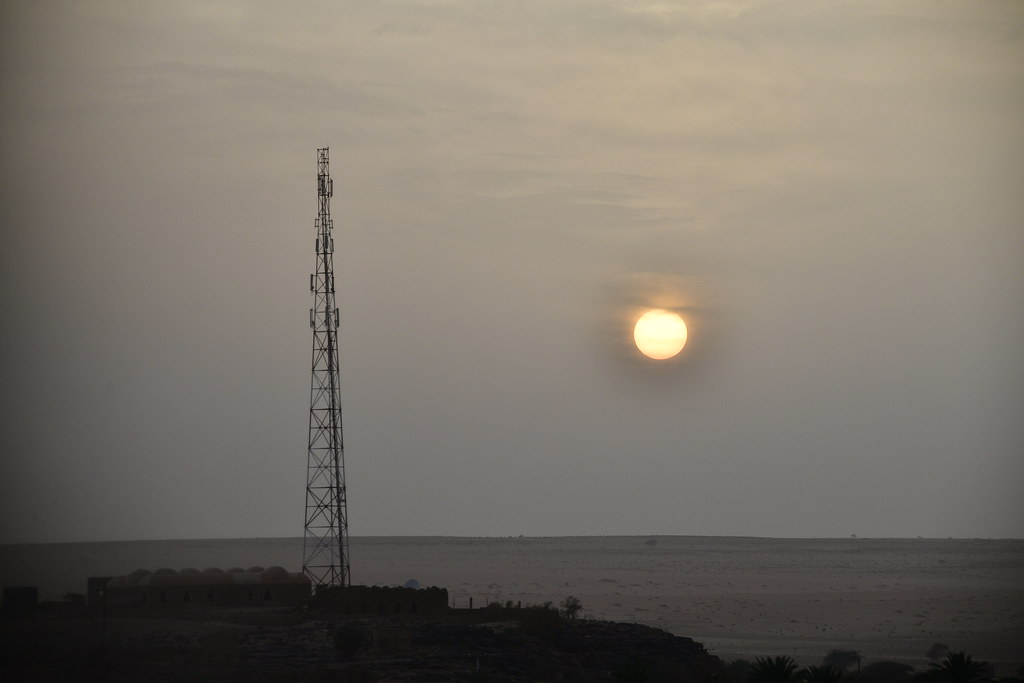 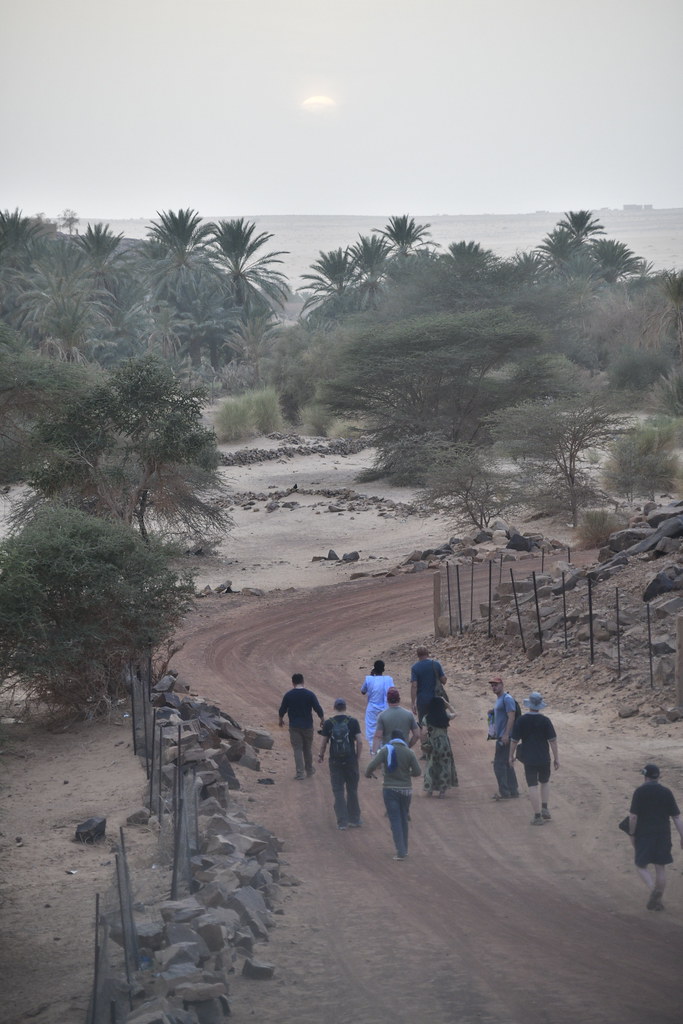