Not Cutting Out the Karb-ala!

For our second morning in Iraq, we drove an hour onwards to Karbala, the “mecca” for Shi’ite Muslims where tens of millions of Shi’ite Muslims visit twice a year to commemorate the martyrdom of Husayn ibn Ali. 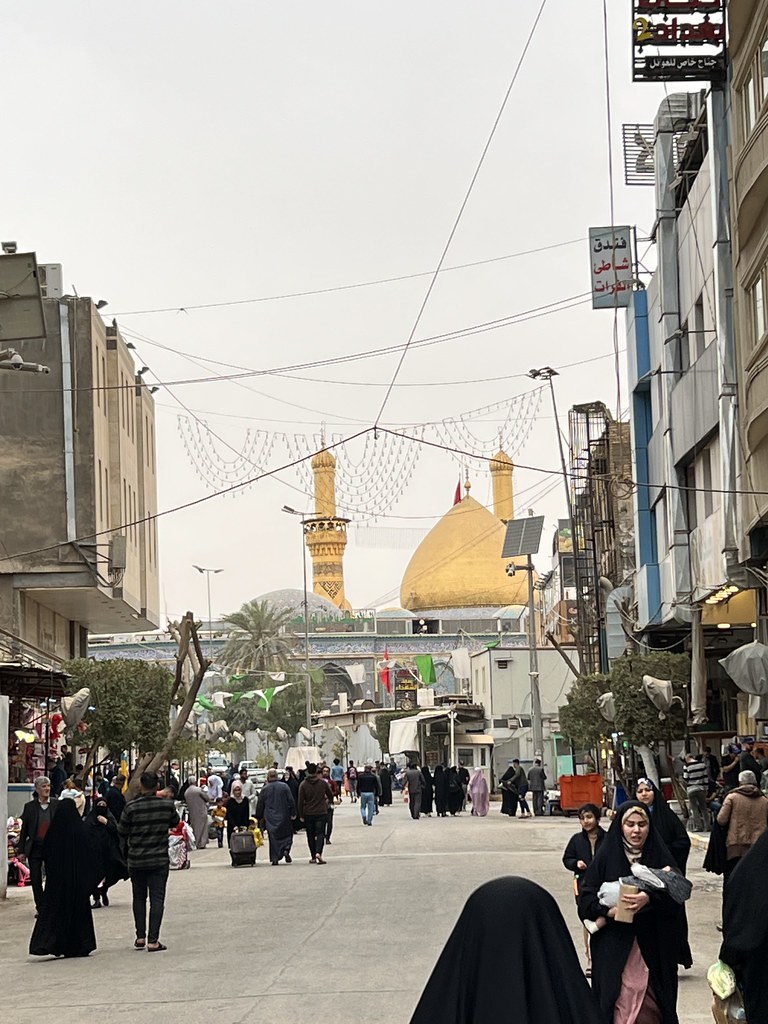 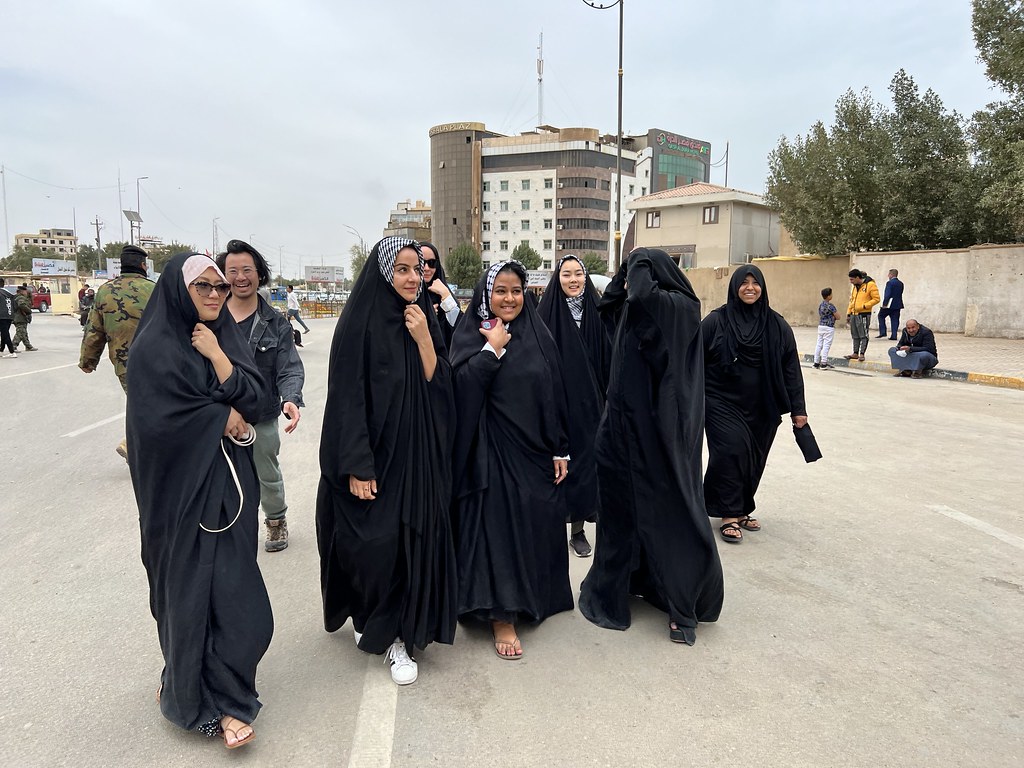 As we approached, they made sure all the women on our trip were in tip top abaya shape: 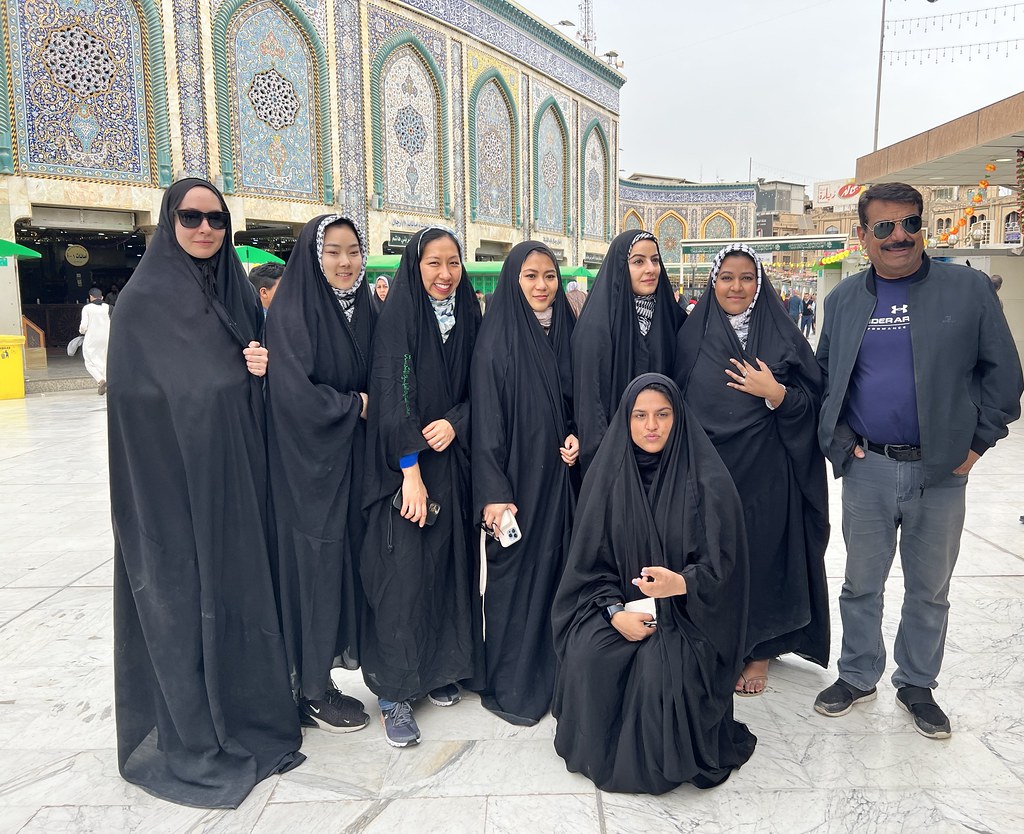 We then walked another 20 minutes towards the holy area where the pilgrimages here rival even Mecca itself in terms of annual number of pilgrims. 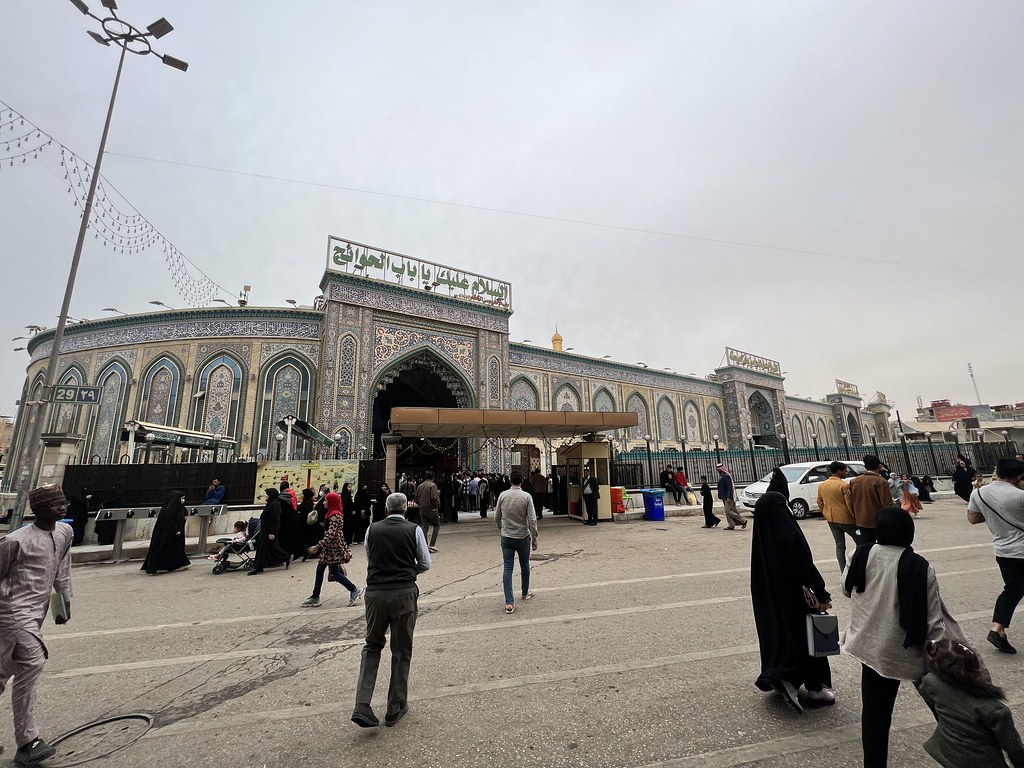 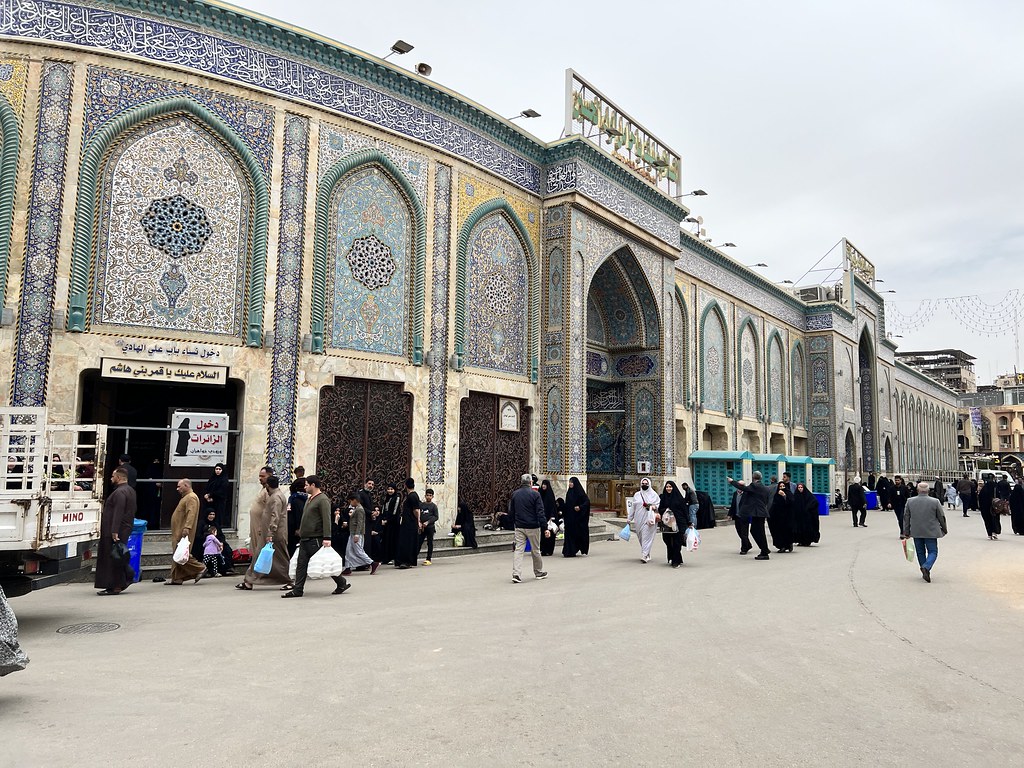 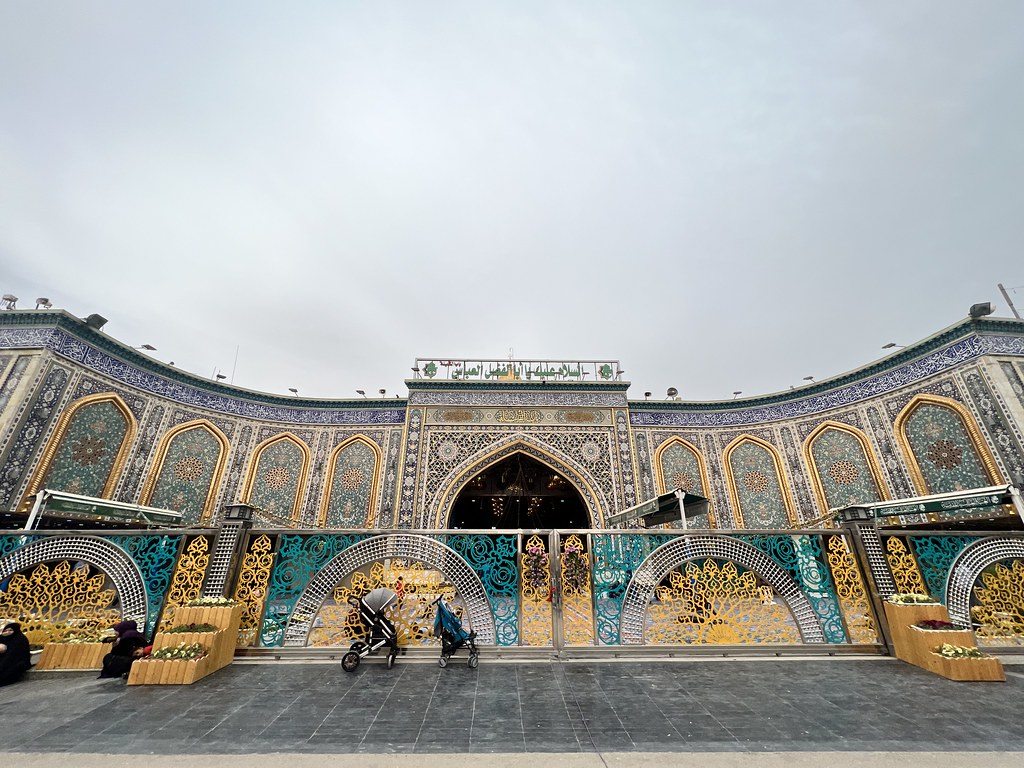 Whether at Imam Hussein Shrine (where Imam Hussein is buried) or at Al Abbas Mosque (where Abbas ibn Ali is buried) the setup at both shrines are the same: get inside, go through security, and be respectful as you walk with the crowds. 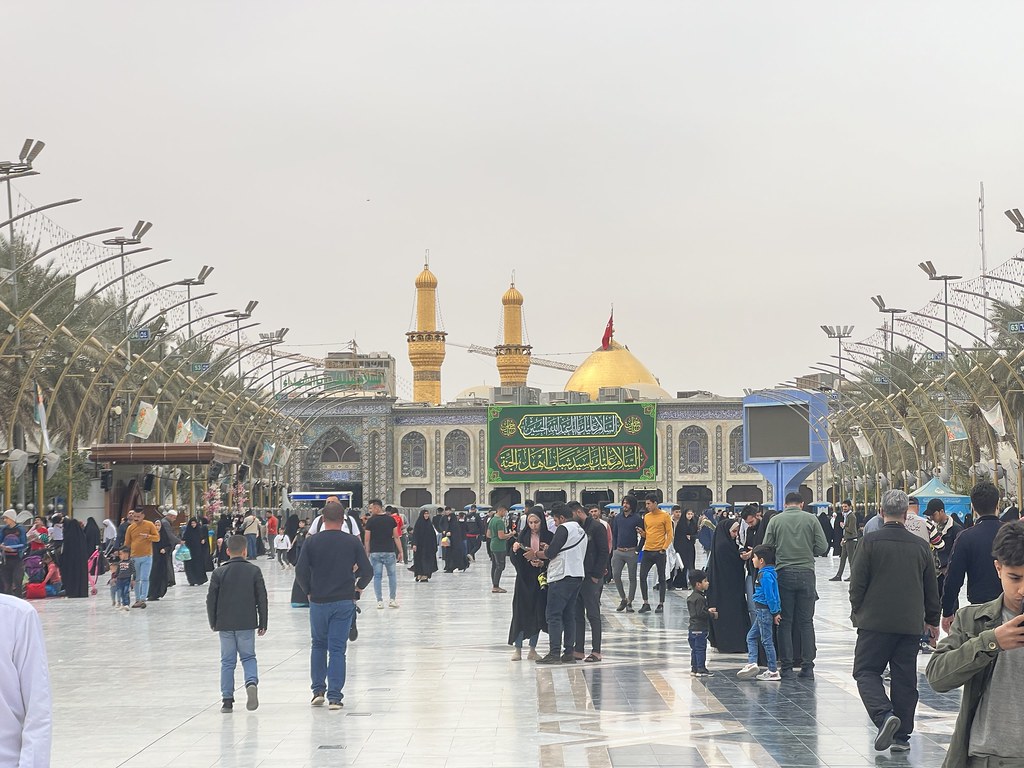 No formal cameras are allowed, but phone cameras seemed to be fine. The worst that can happen is being waved at with feather sticks by the staff before the move on to wave at other people taking photos of the shrine (and there are a lot of locals who do). 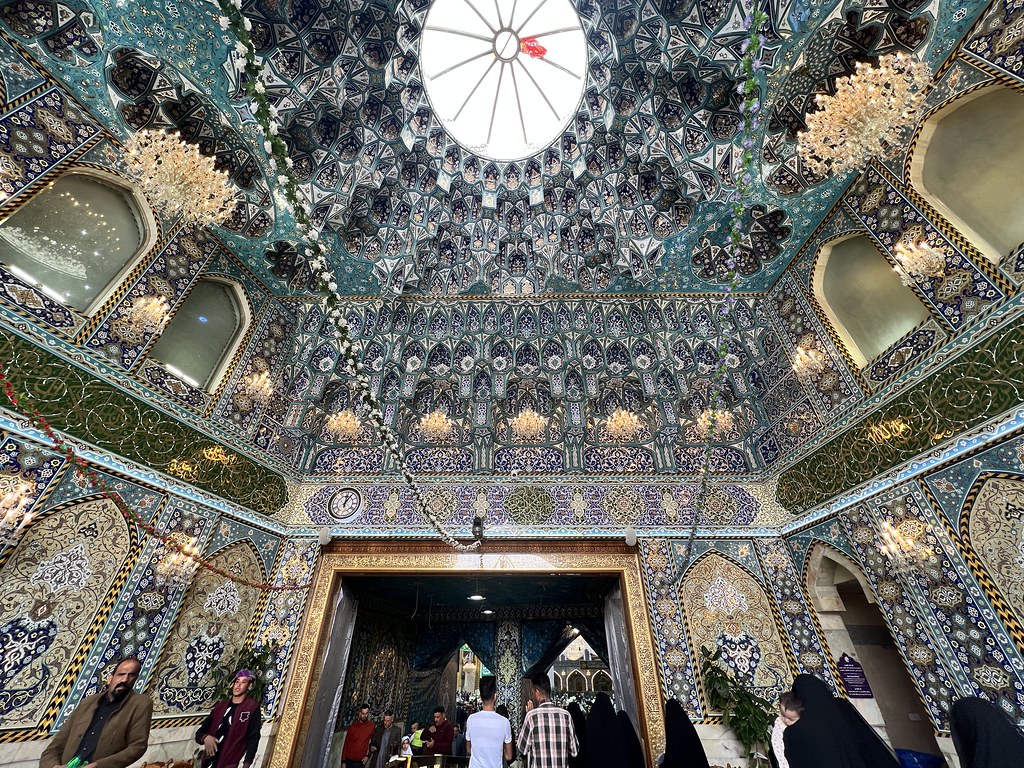 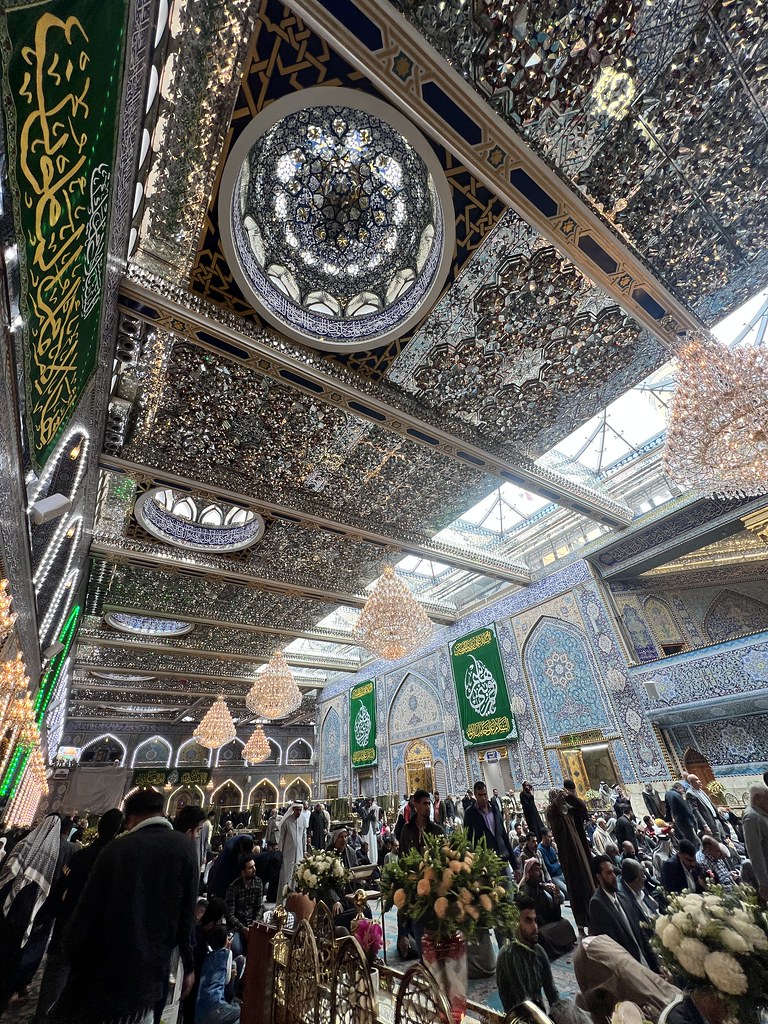 The energy of their devotion to both revered figures in Shia Islam is intense; they really wail and go all in here. 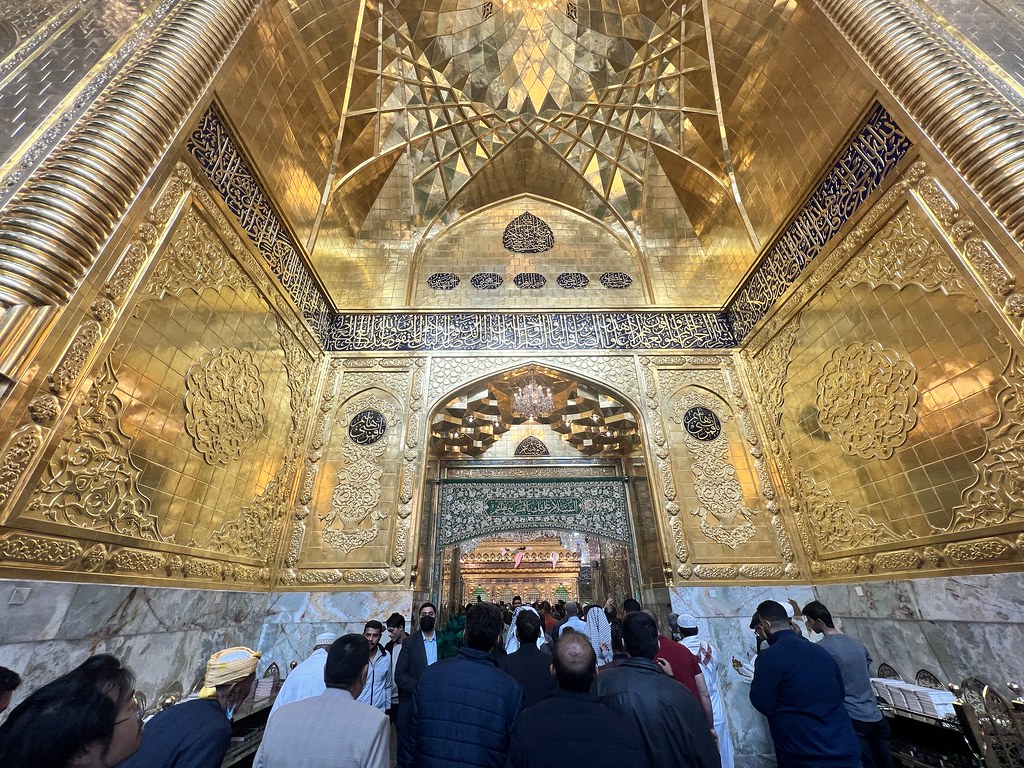 After about 2 hours here, we headed back out, returned the abayas, and set out for a quick lunch on the road before continuing onwards to Babylon.