What Are You Babylon About Again?

After a morning paying our respects in the holy city of Karbala, we enjoyed a private chicken and lamb lunch at a rest stop in Hillah before another 30 minutes’ drive to Babylon.

Upon arrival we first posed in front of the only remaining (and bullet-riddled) depiction of Saddam Hussein in Iraq: 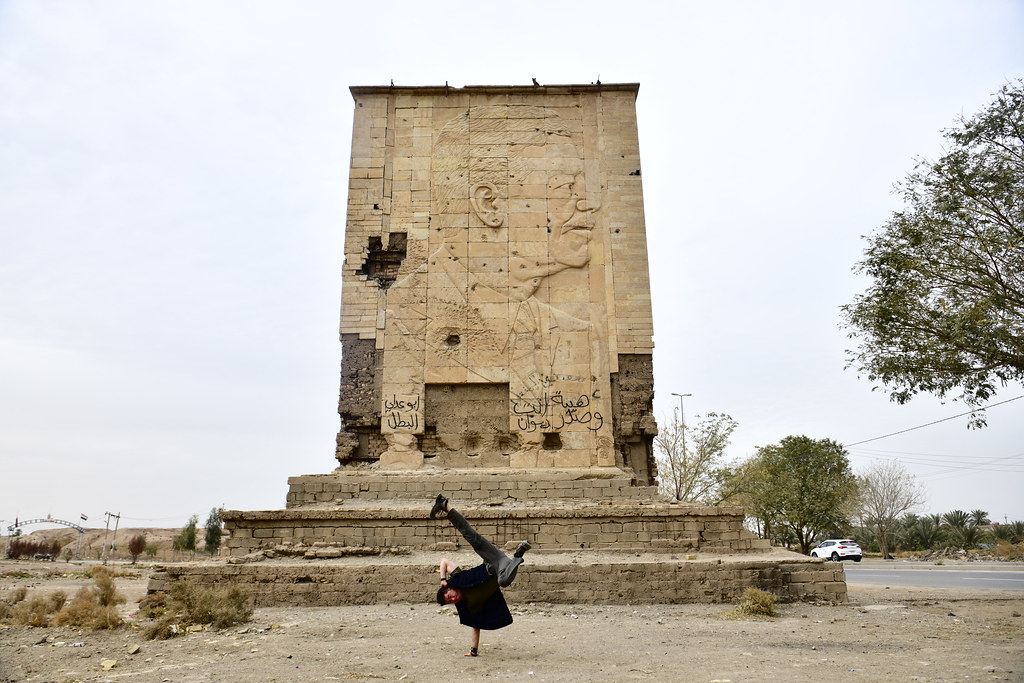 Then it was a “oh this is it” feeling as we approached the famous Gate of Ishtar. The original gate having been patronized and moved in Berlin, another one was renovated and rebuilt on its exact original location here. 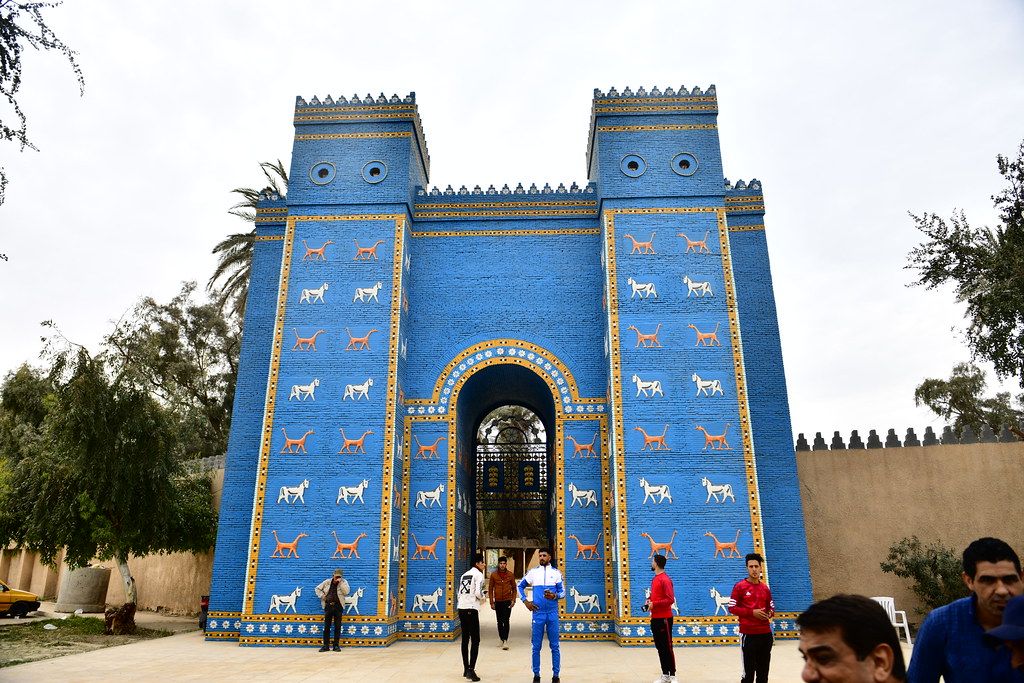 From here we were taken on a guided tour of the ruins of Babylon. 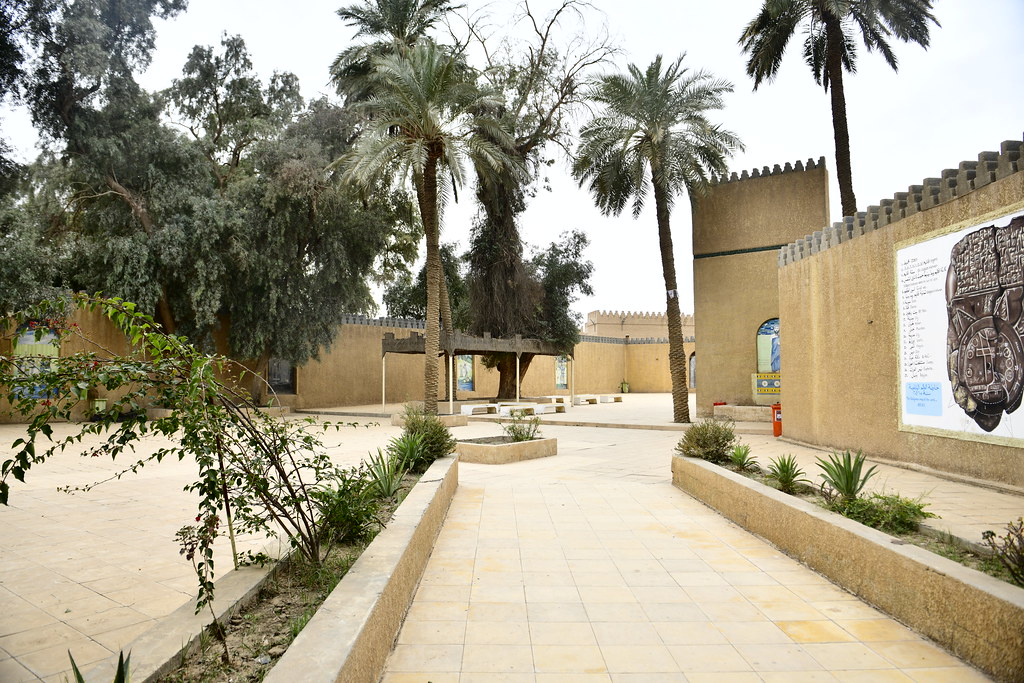 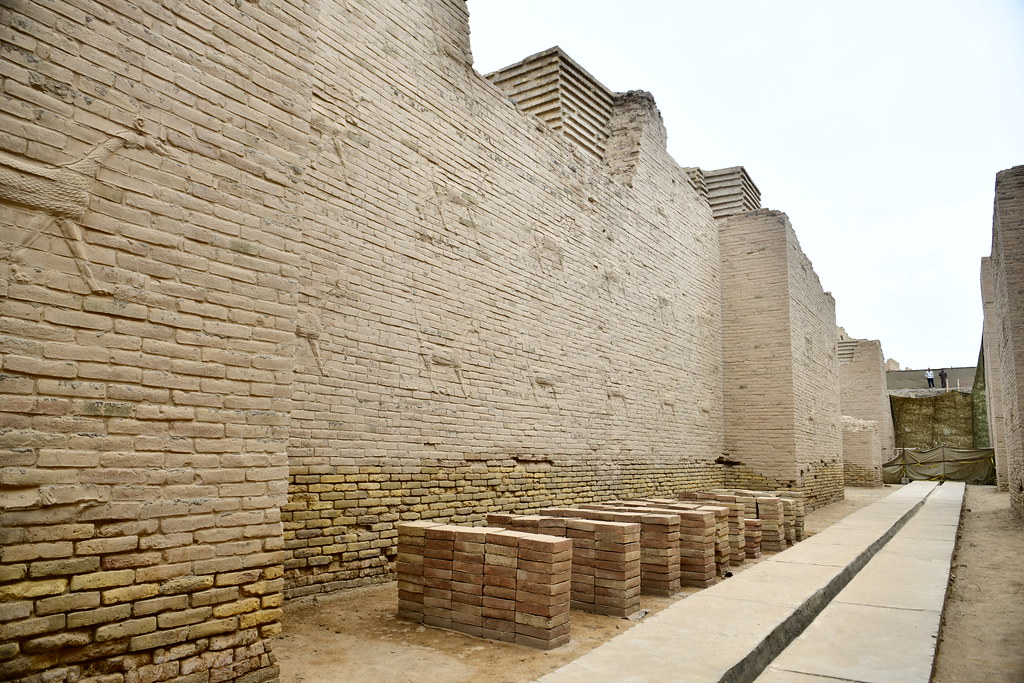 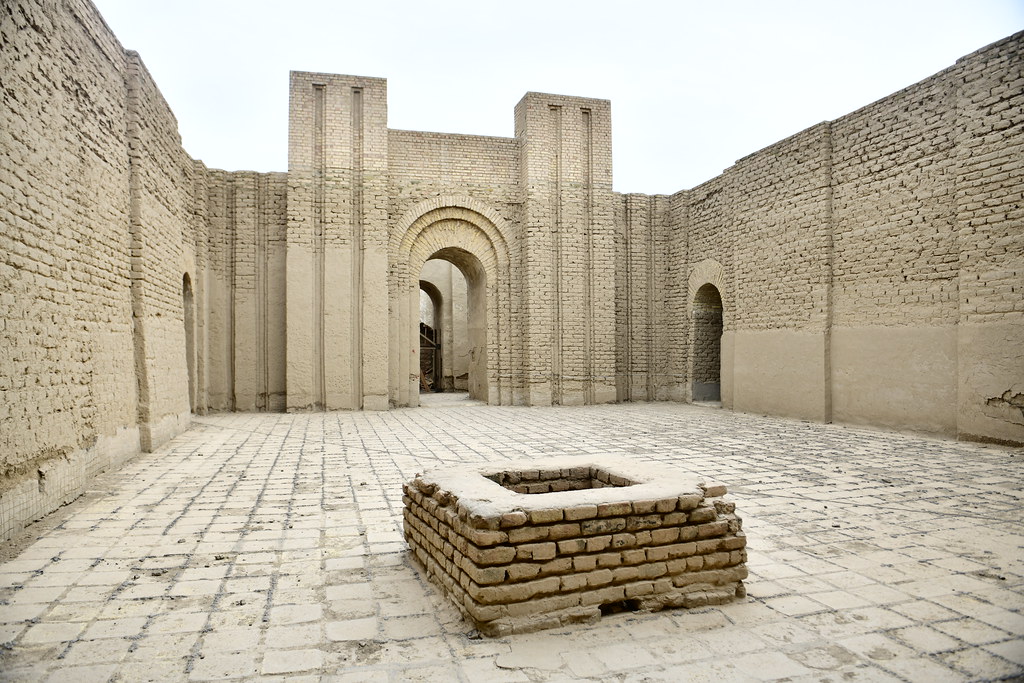 Everything you learned in your Bible study classes and the Seven Wonders of the World is here . . . 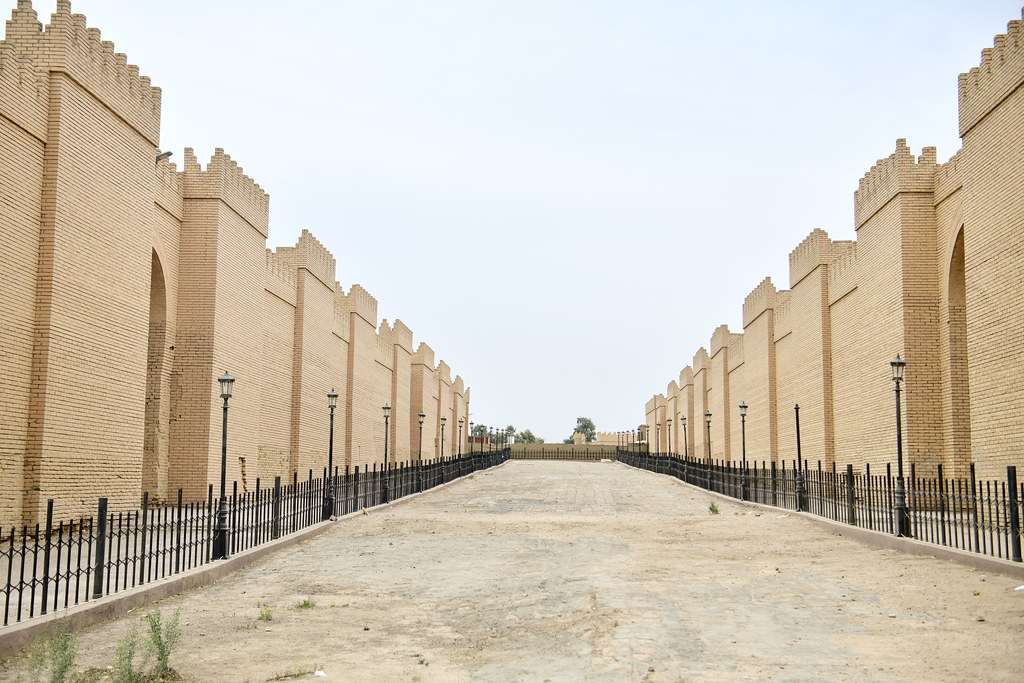 We were also allowed inside an otherwise locked active excavation area! 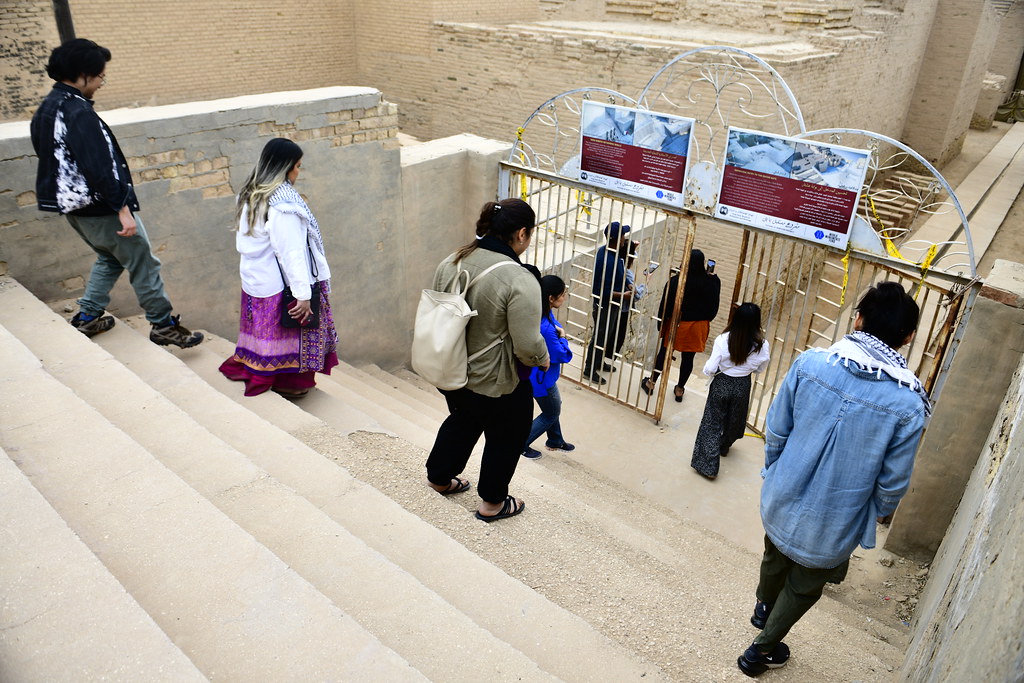 It’s here where we posed with and held a 2,500 tablet with the legible inscription mentioning King Nebuchadnezzar II. Literally holding history — dare we pun (Thanks Mihalea) with “cradling it” in the Cradle of Civilization. . . . 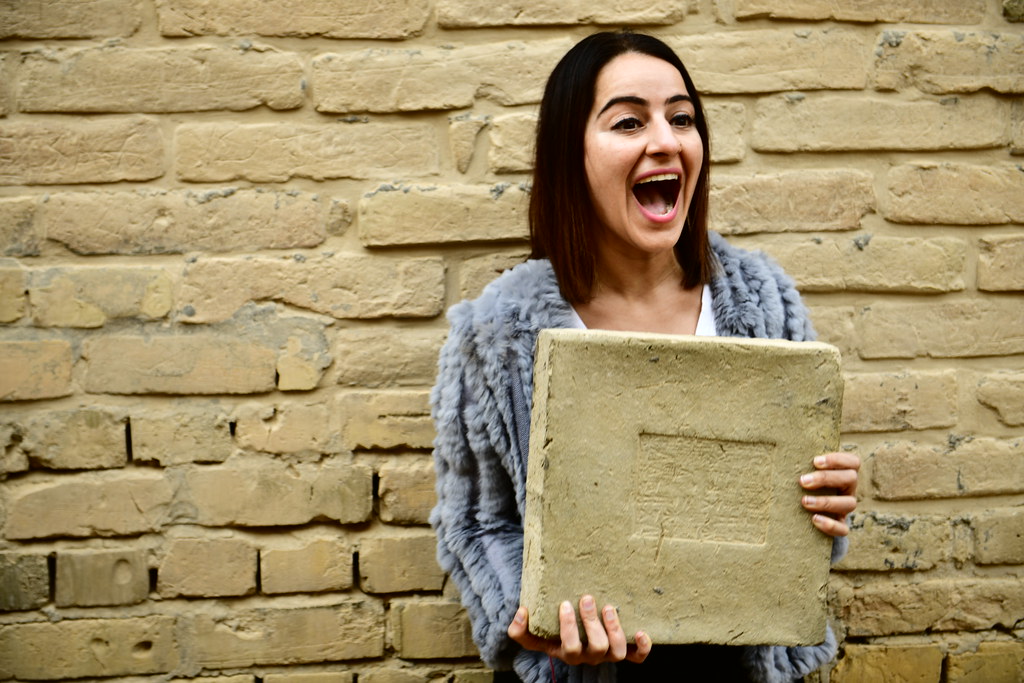 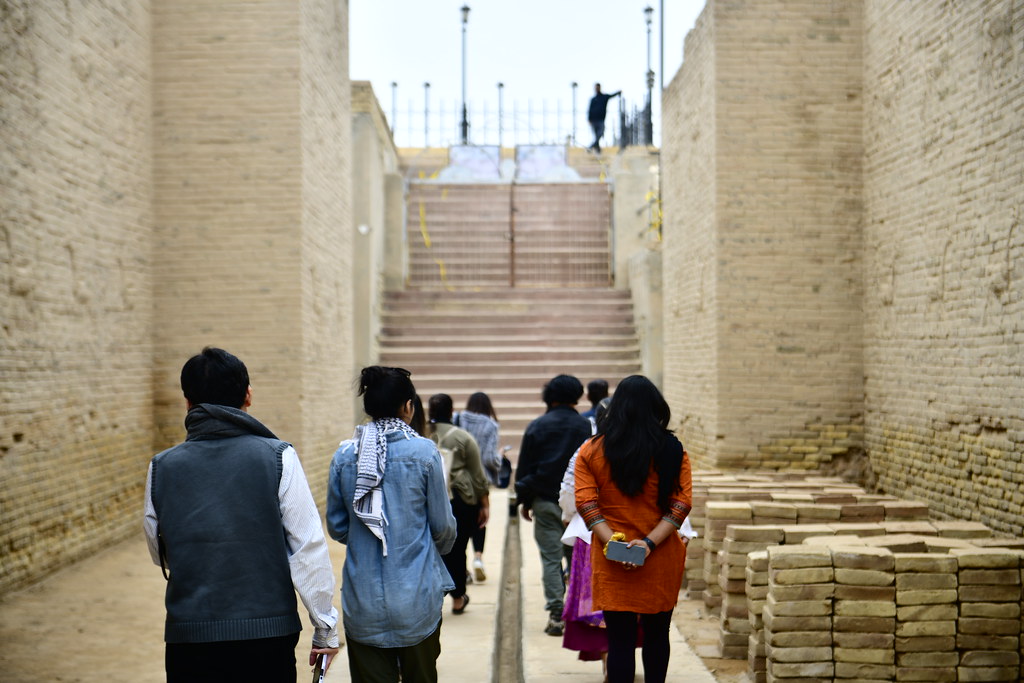 It has been believed that this grand hall would be the exact place where Alexander The Great died. 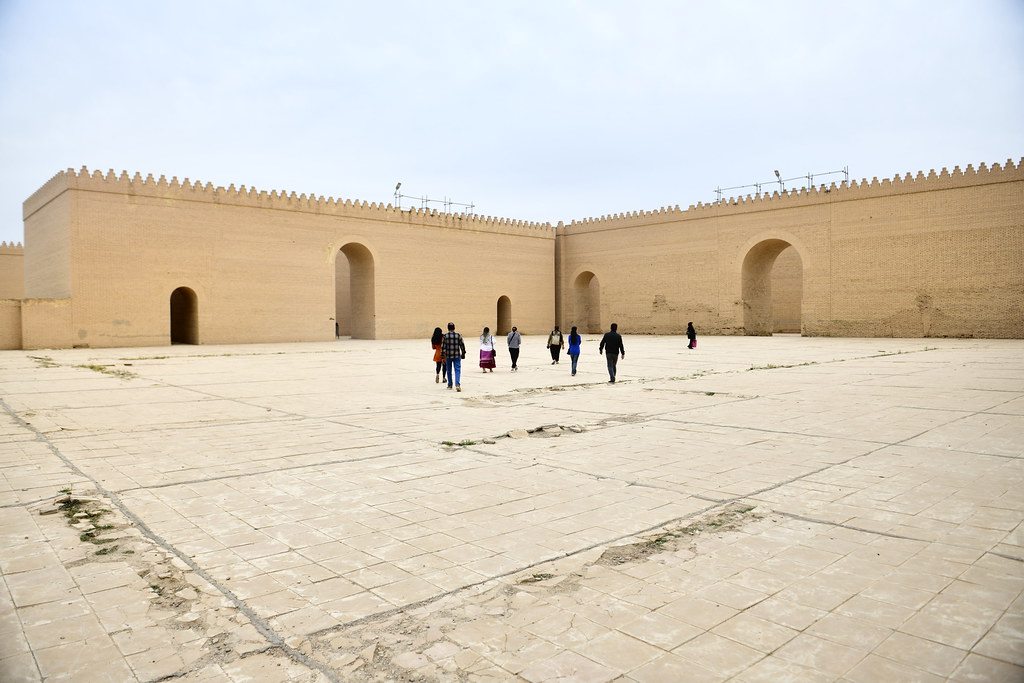 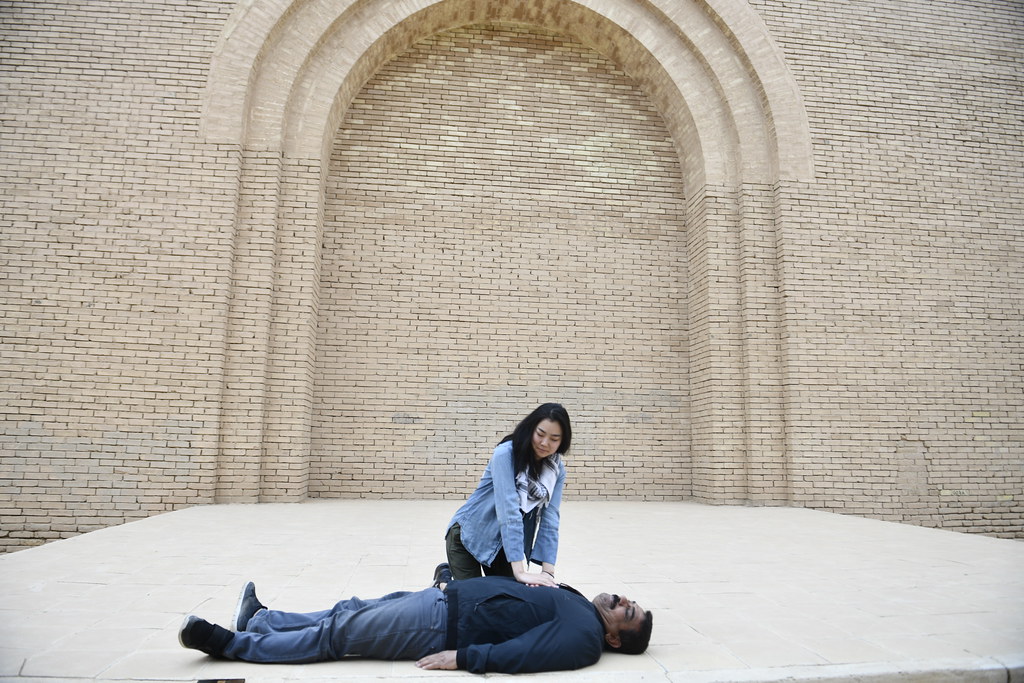 Once you step outside of the complex, don’t miss the famous Lion of Babylon, defaced when treasure hunters thought there would be gold hidden in the head. 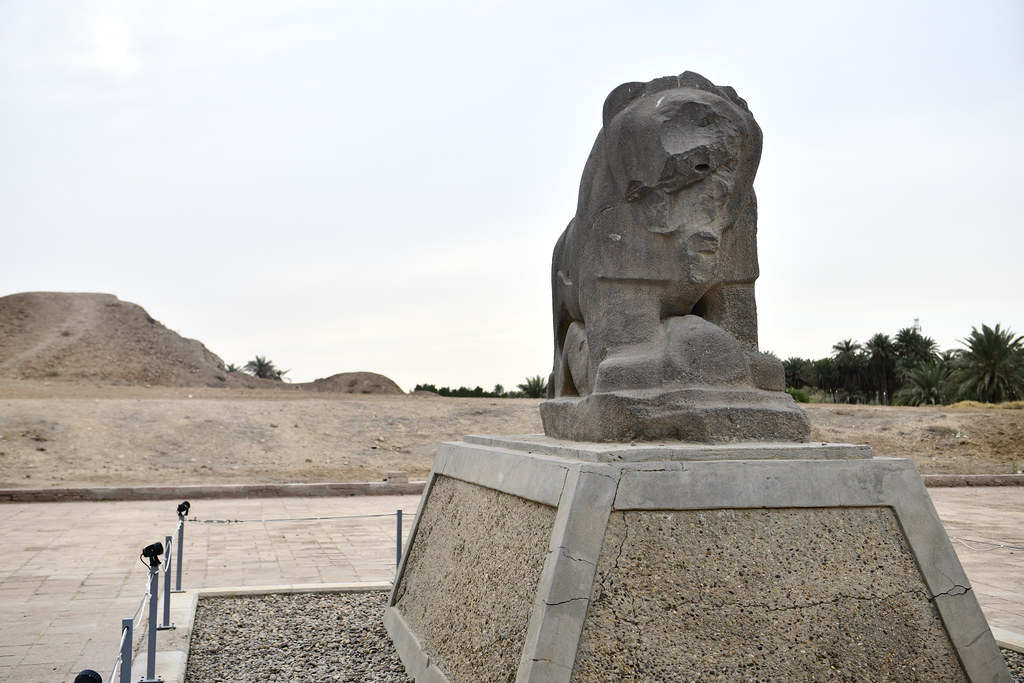 Take it all in; the Hanging Gardens and the Tower of Babel all stood on these lands. 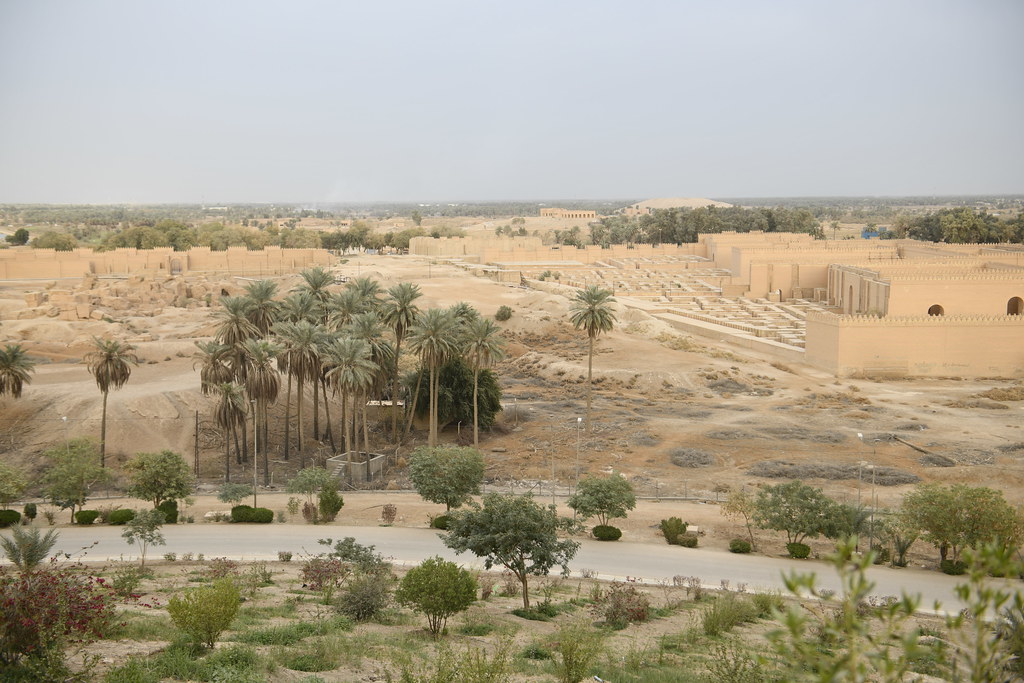 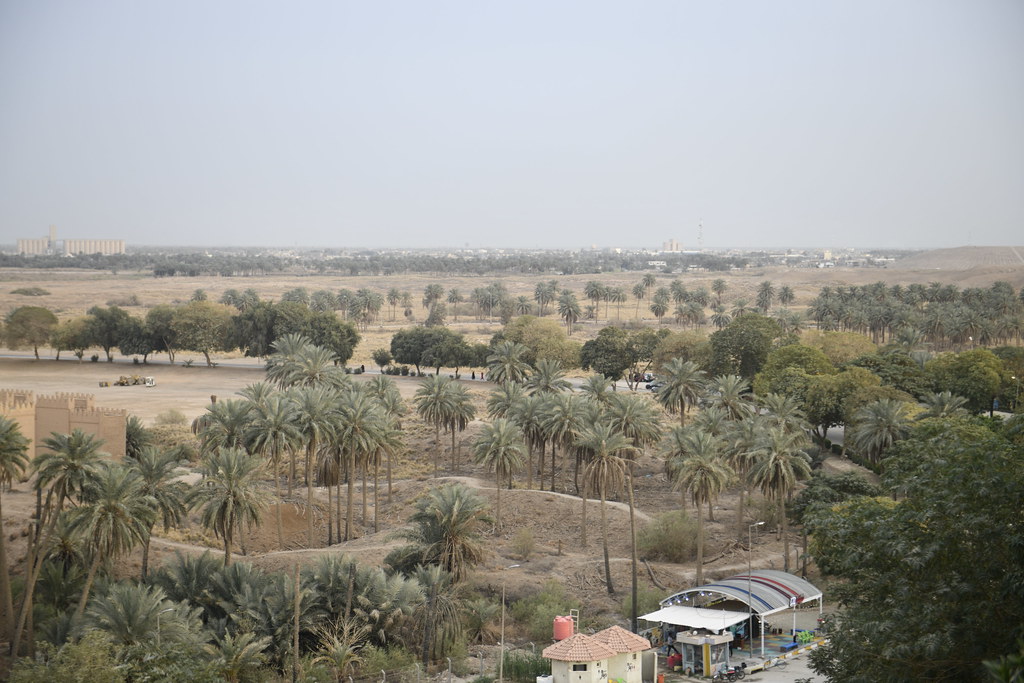 Afterwards we drove to the abandoned and former Palace of Saddam Hussein, located on top of a hill overlooking Babylon. 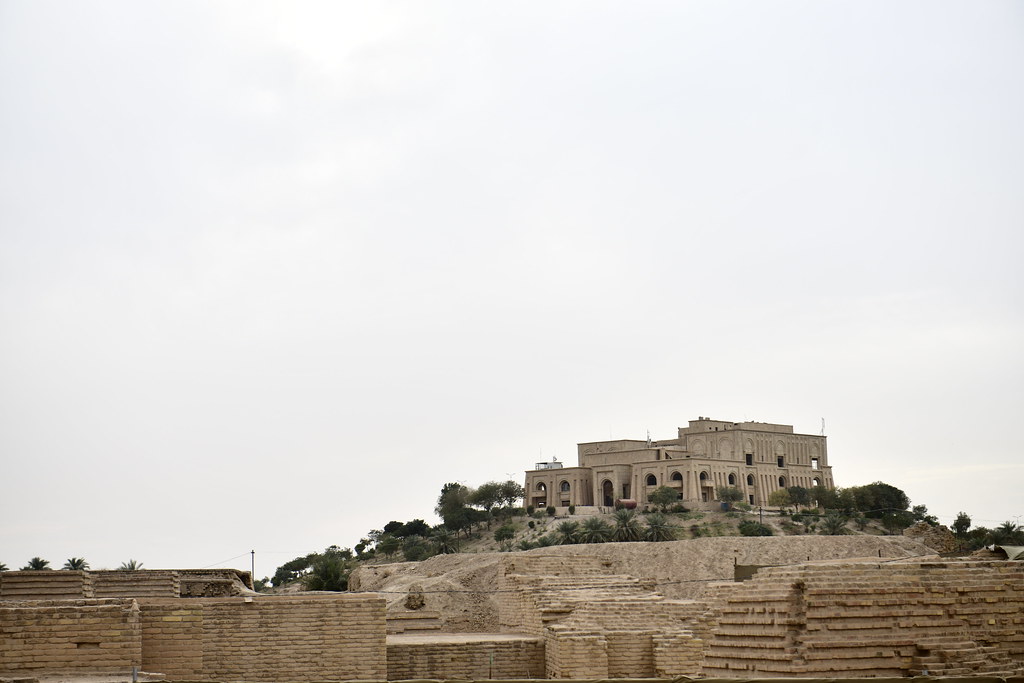 This palace is an urban explorer’s dream: No rules, no entry process, no admission fee, and all yours for the taking. 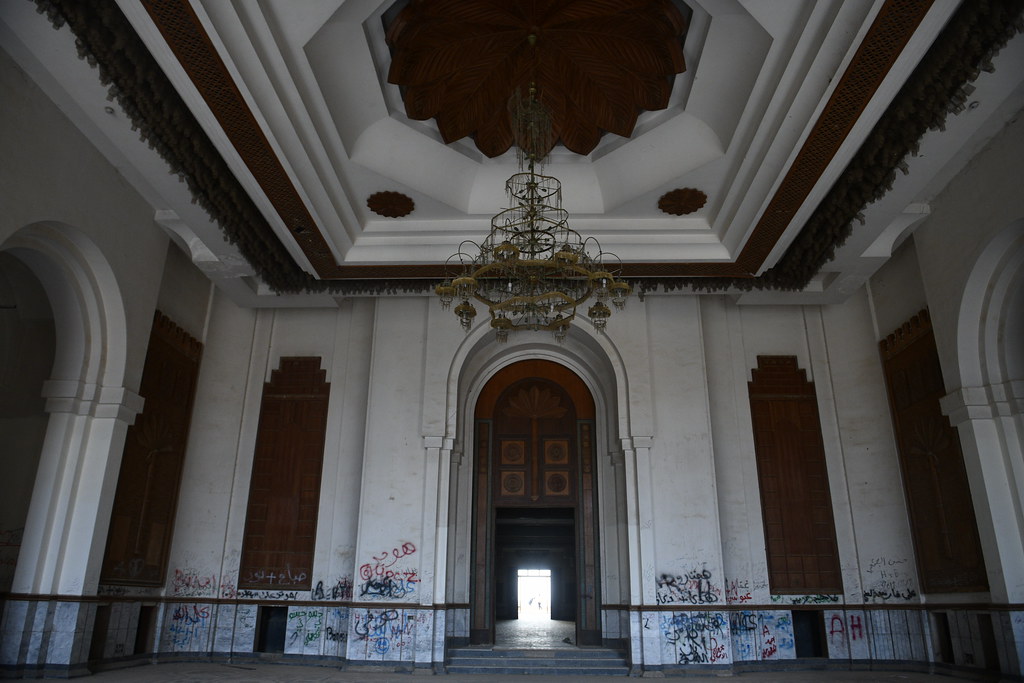 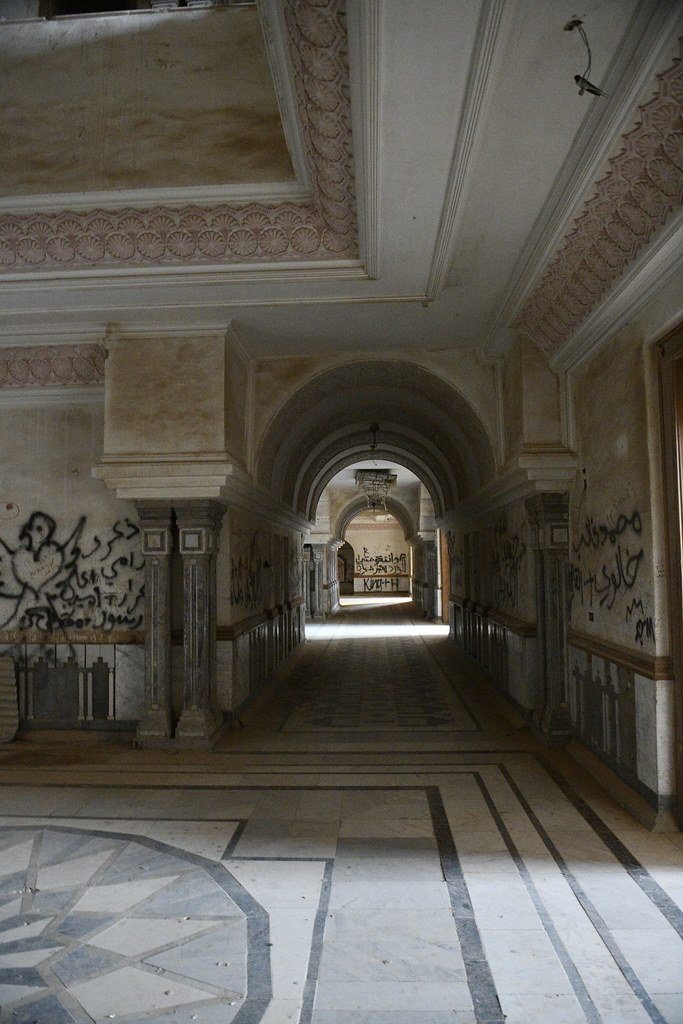 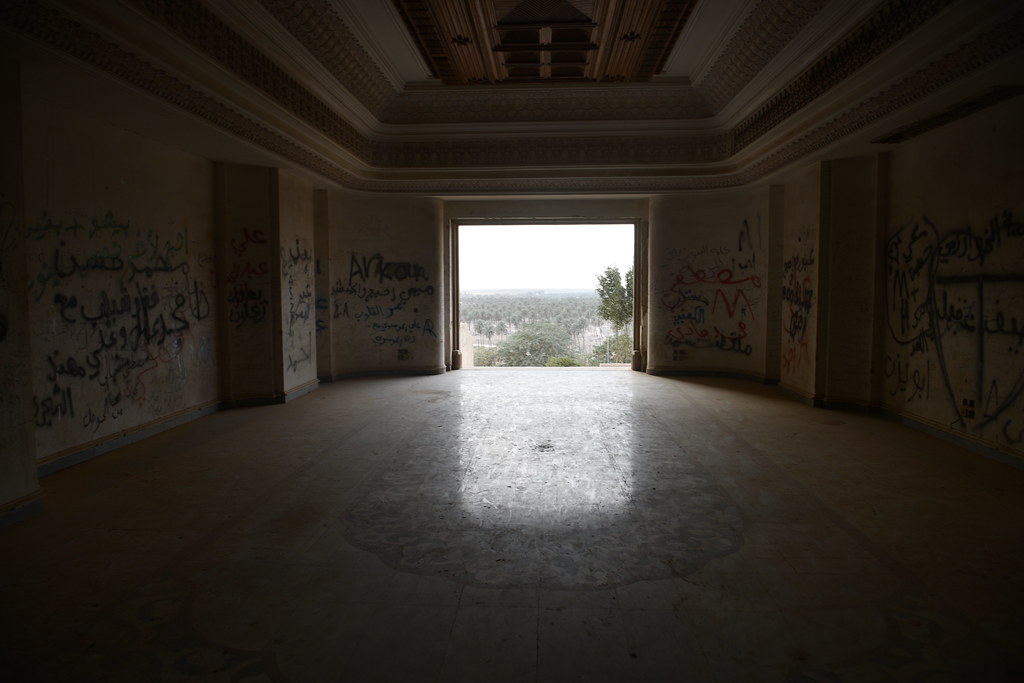 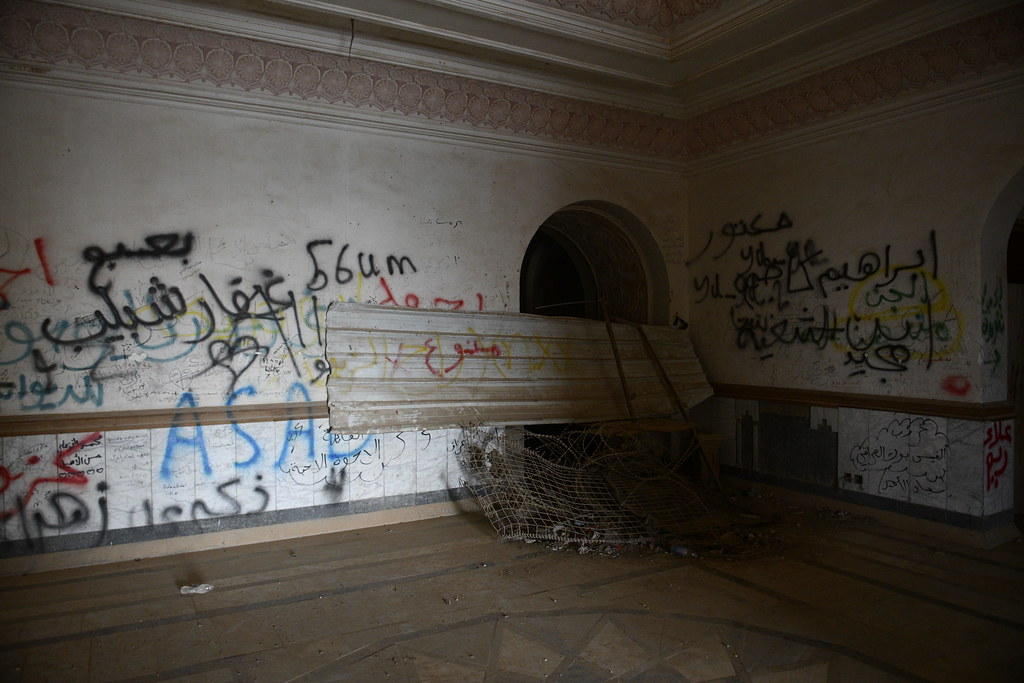 While some of the palace ghosts and artwork remains . . . 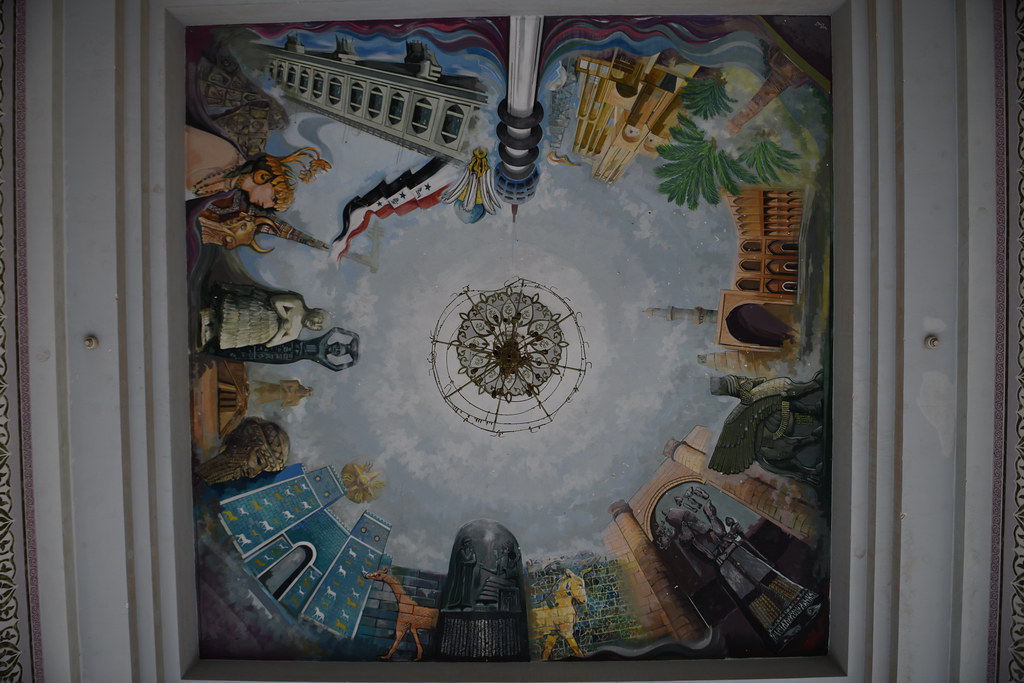 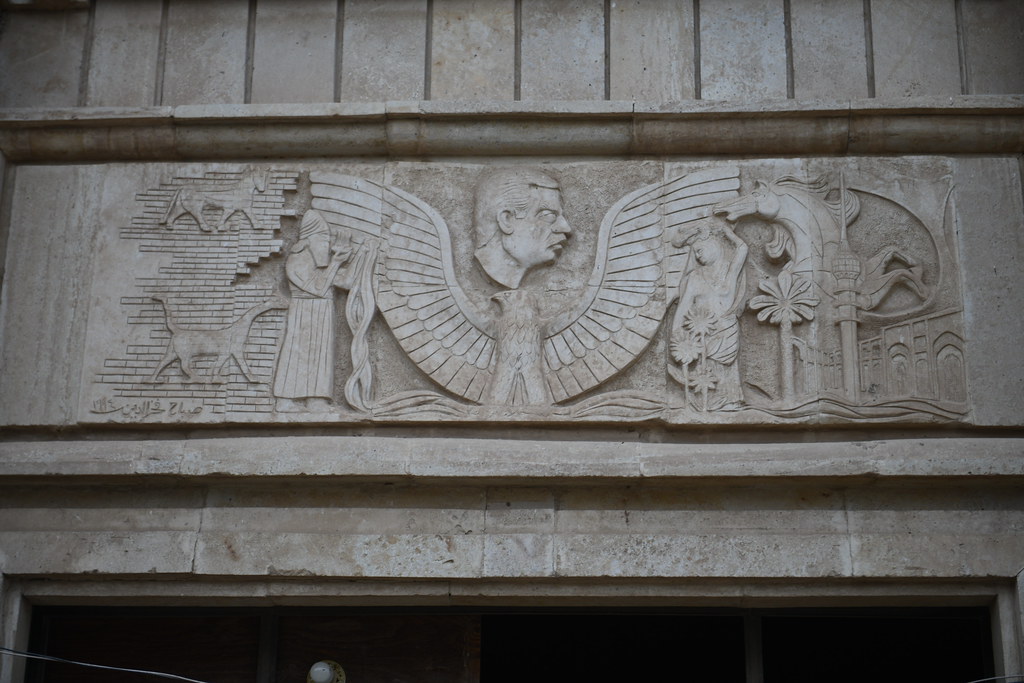 . . . so does an everlasting heart for adventure. 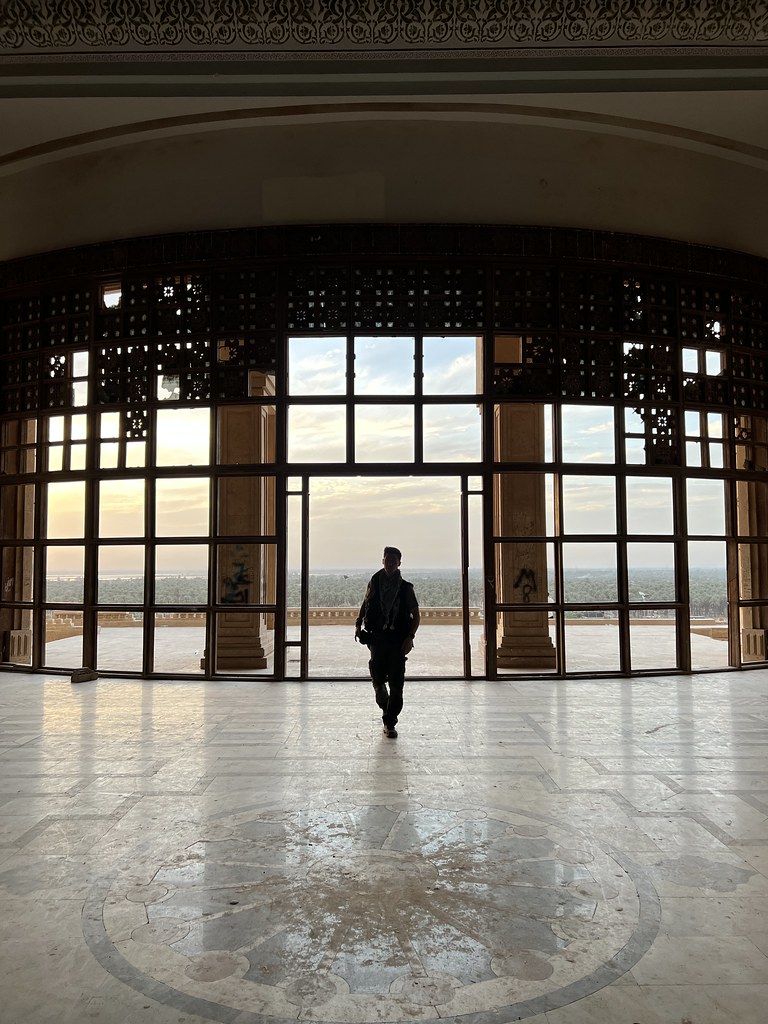