From Stonehenge we debated whether to drive an hour and half further to Tintern Abbey. But given that it was already getting late we sucked it up headed directly into Cardiff for our 7:30pm reservations at The Clink.

Never one to give up, we still managed to visit the site: 10 of us morning larks headed to Tintern Abbey the next morning while the rest of the 6 visited later in the afternoon. The best part was other than the place itself was that we were able to use our unused pre-purchased tickets the day before. They were so nice about it! 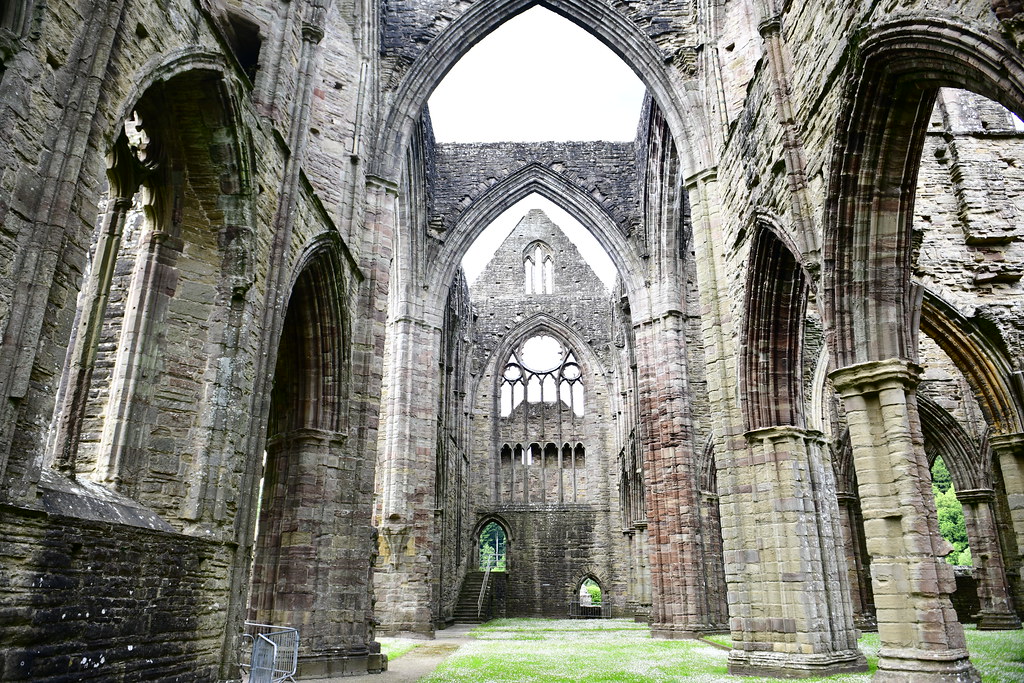 An evocative set of ruins from a Cistercian abbey founded in 1131, the entire site boasts a very photogenic Gothic West Front. 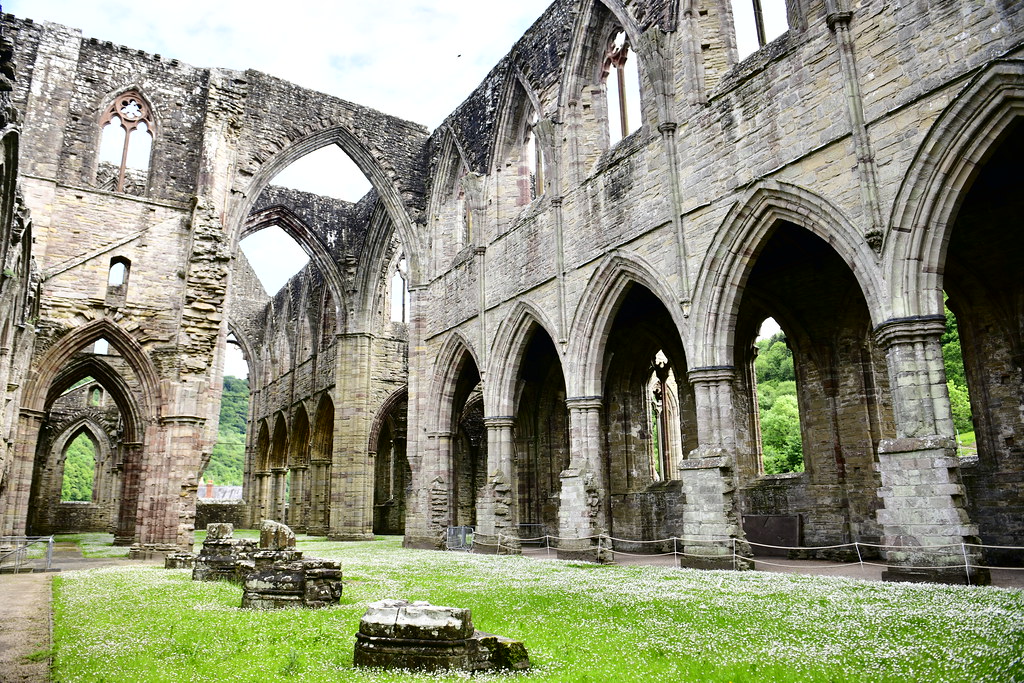 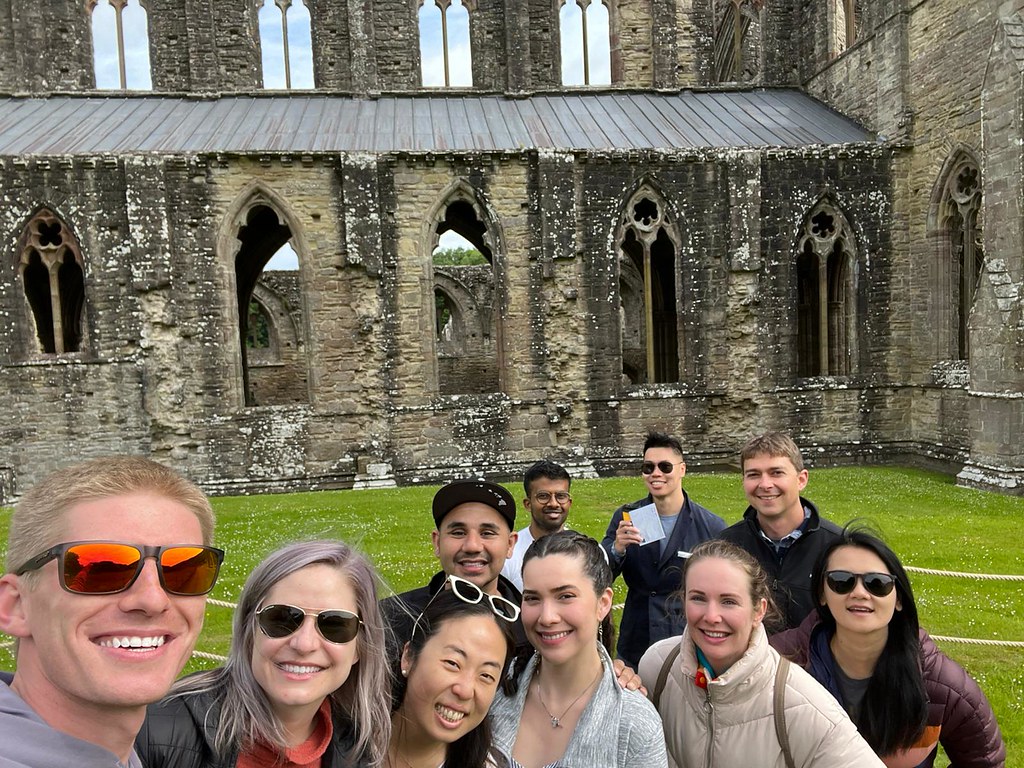 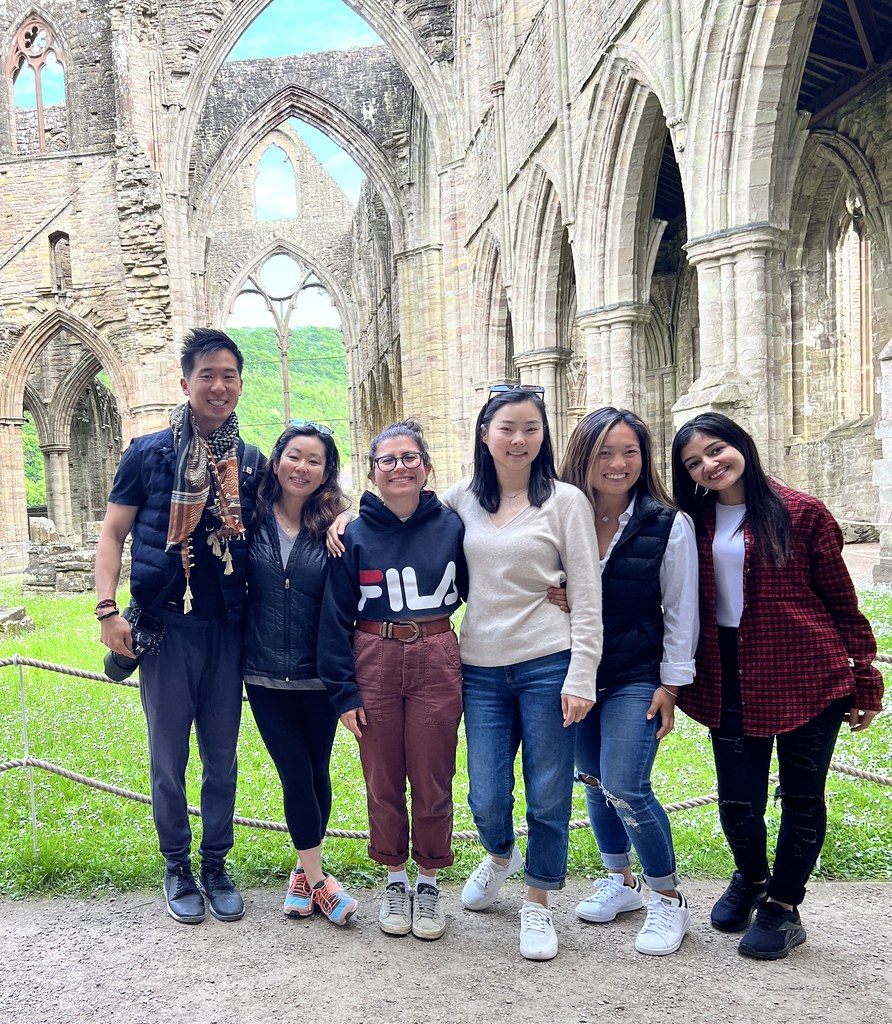 After about 45 minutes here each group returned back on the road for an hour’s drive to Cardiff, the capital of Wales.

From our base lodgings right outside the city center at Willow Serviced Apartments on our maiden arrival, we freshened up for a few minutes before heading over the 6 minute walk for our 7:30pm reservations at The Clink, unique for not being a stylish fine-dining restaurant, but rather nearly completely run by prison inmates serving dishes made with organic Welsh produce. 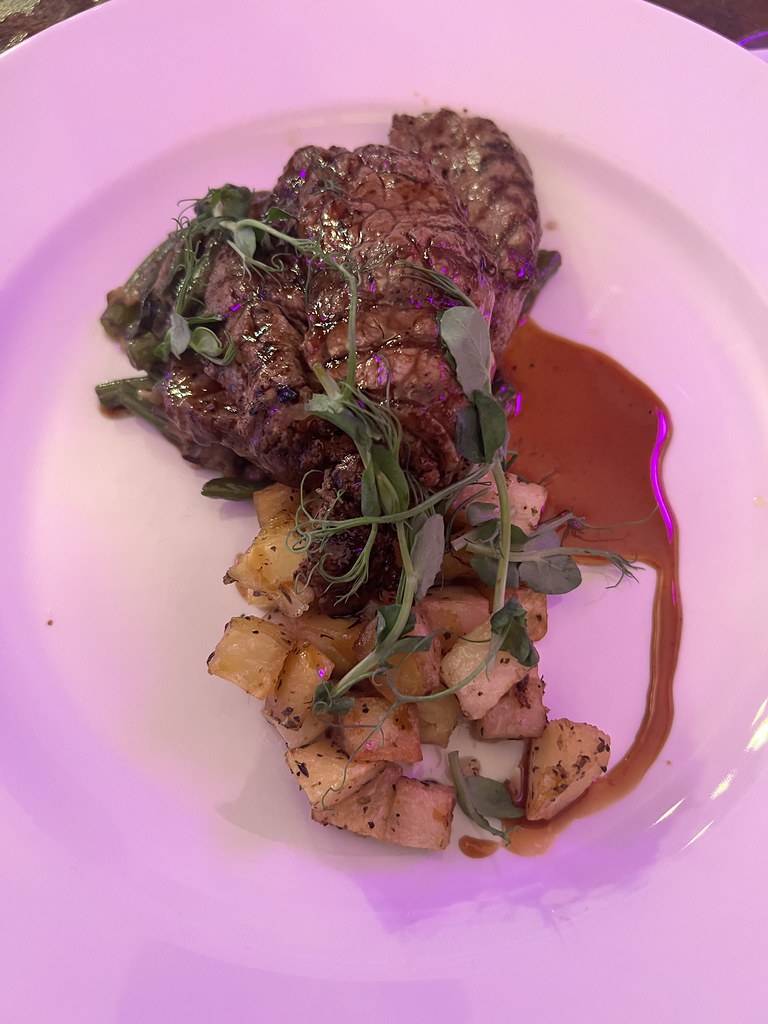 The dishes are cooked and served by the prisoners in training who work towards gaining their City & Guilds NVQs in Food & Beverage Service, Professional Cookery and Food Hygiene.

This venue also allows for prisoners to learn and engage with the public as they take their first steps towards a new life; even all the leather upholstery and boardroom tables are made by prisoners at HMP Frankland and the poetry from former Clink trainees. Even more remarkably, the Clink Restaurant at HMP Cardiff is consistently in the top 10 restaurants in Cardiff on TripAdvisor. 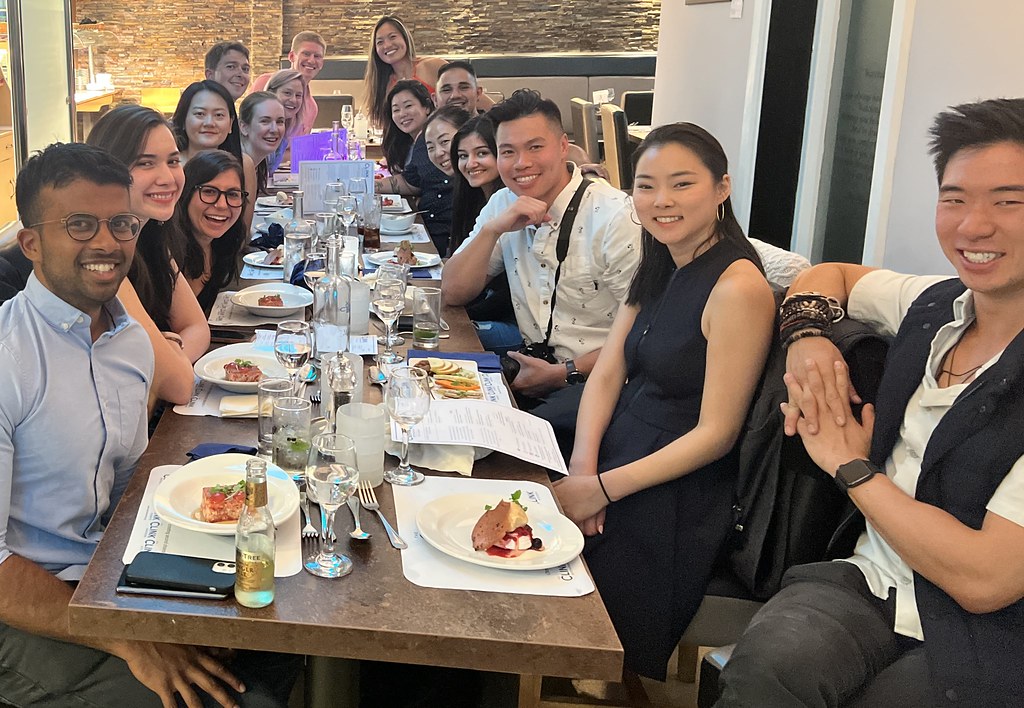 After dinner we walked around the city, taking in the energy at the golden hour as crowds filled up the streets after a nearby Ed Sheeran concert and the Liverpool vs. Real Madrid match. 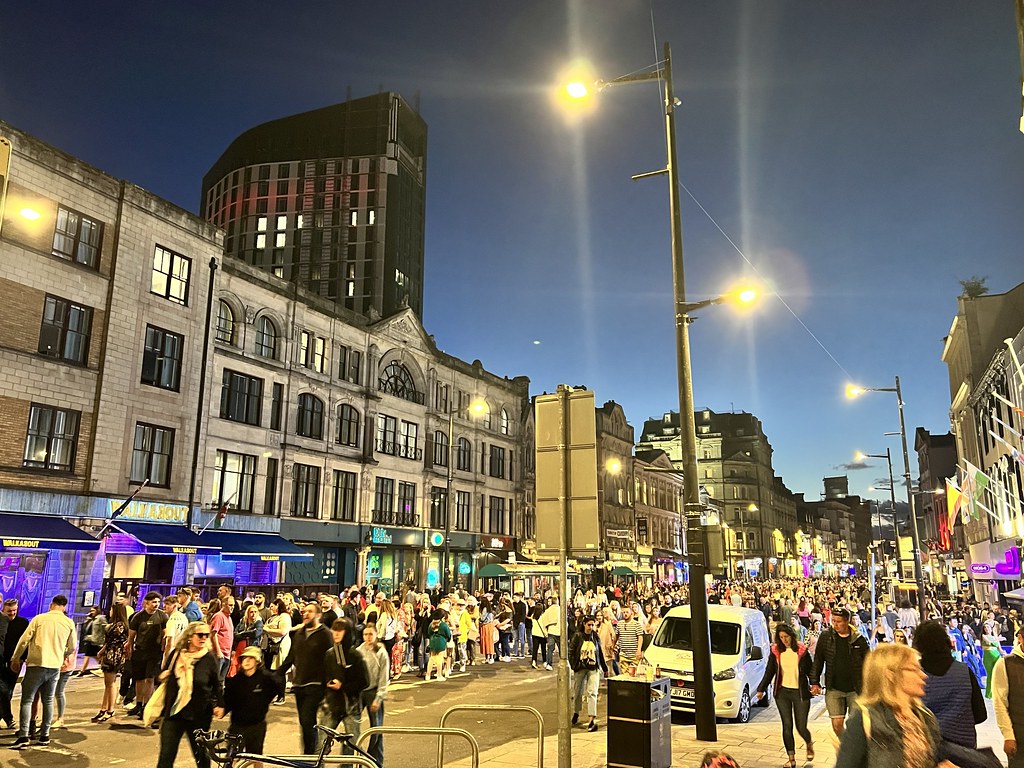 The next morning we did a bit of sightseeing, first walking by Cathay Park and the University area and strolled south by City Hall before grabbing breakfast at bigmoose Coffee co., renowned for their charity work and proceeds going to mental health.

We toured Cardiff Castle first when it opened at 9am. Built on the remains of Norman and Roman ruins, it has a colorful interior. 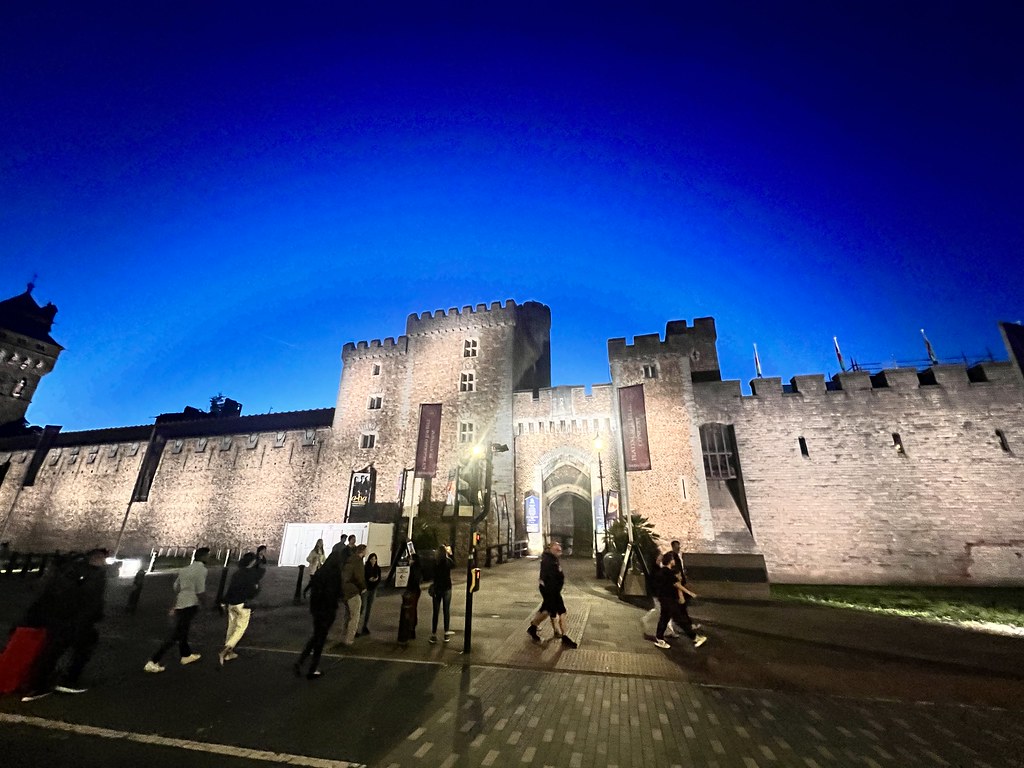 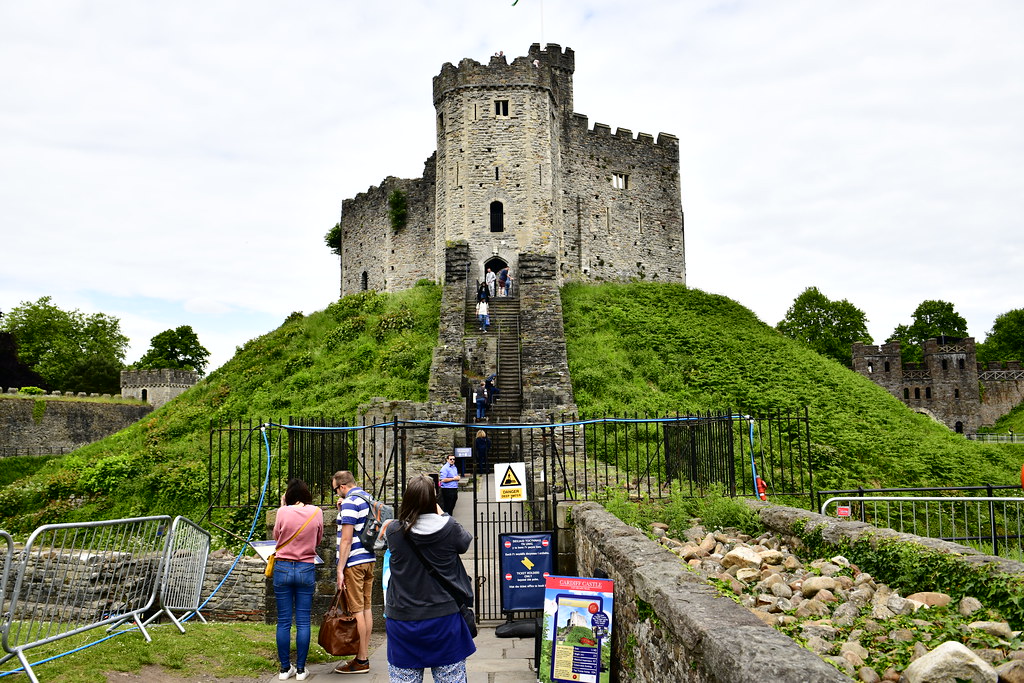 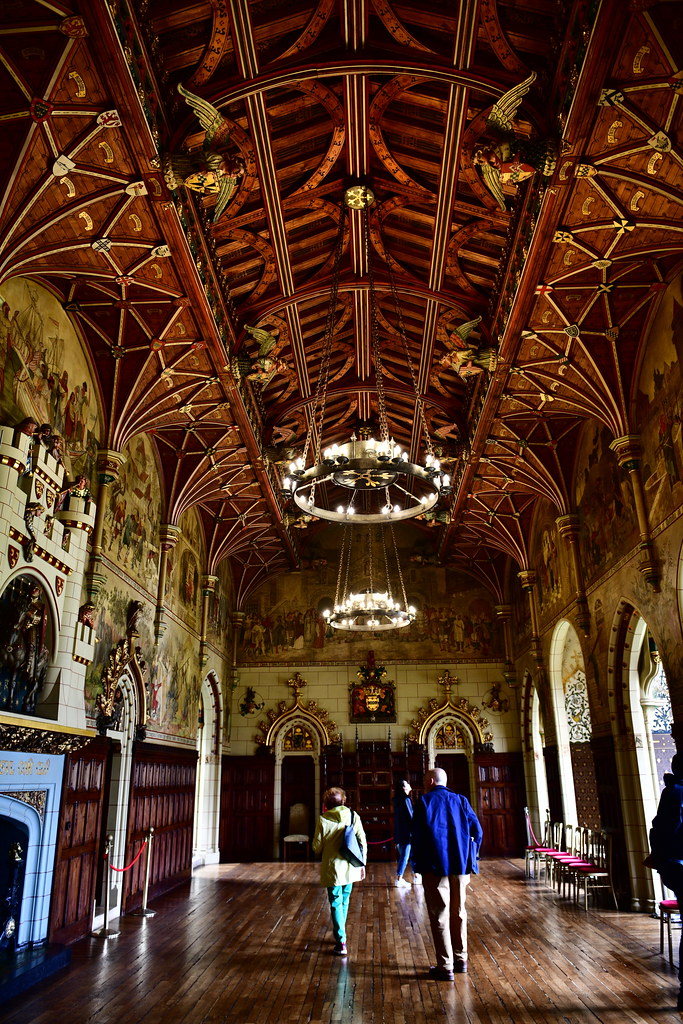 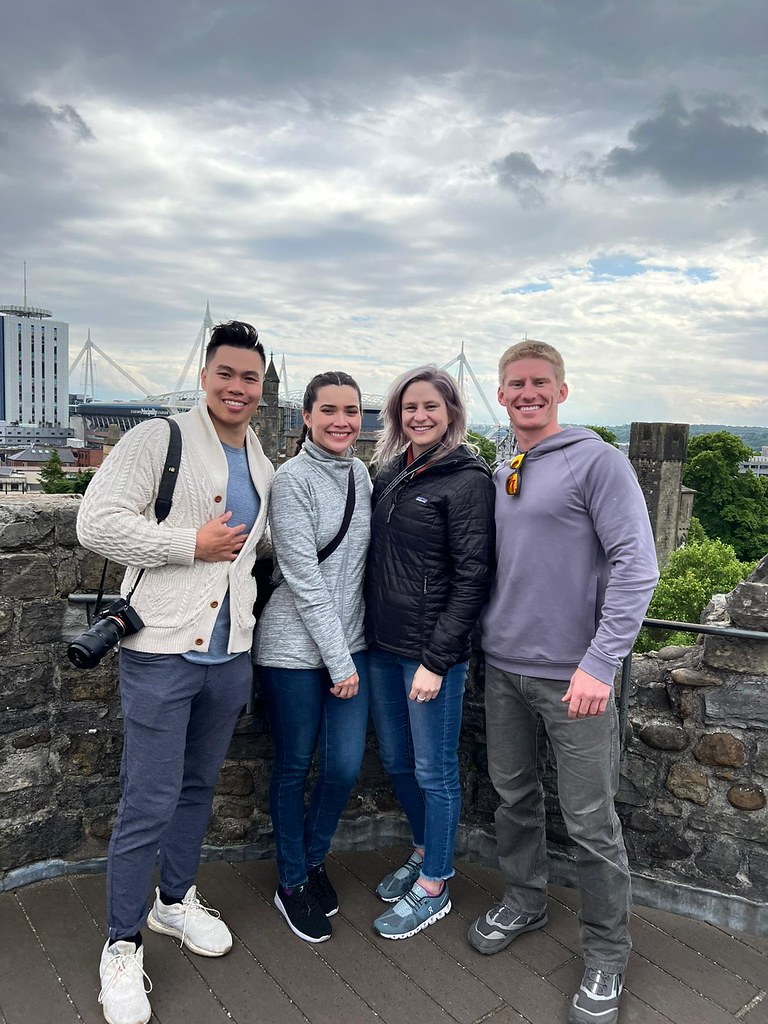 With some extra time left in the day, we then visited beautiful pier esplanades at Penarth: 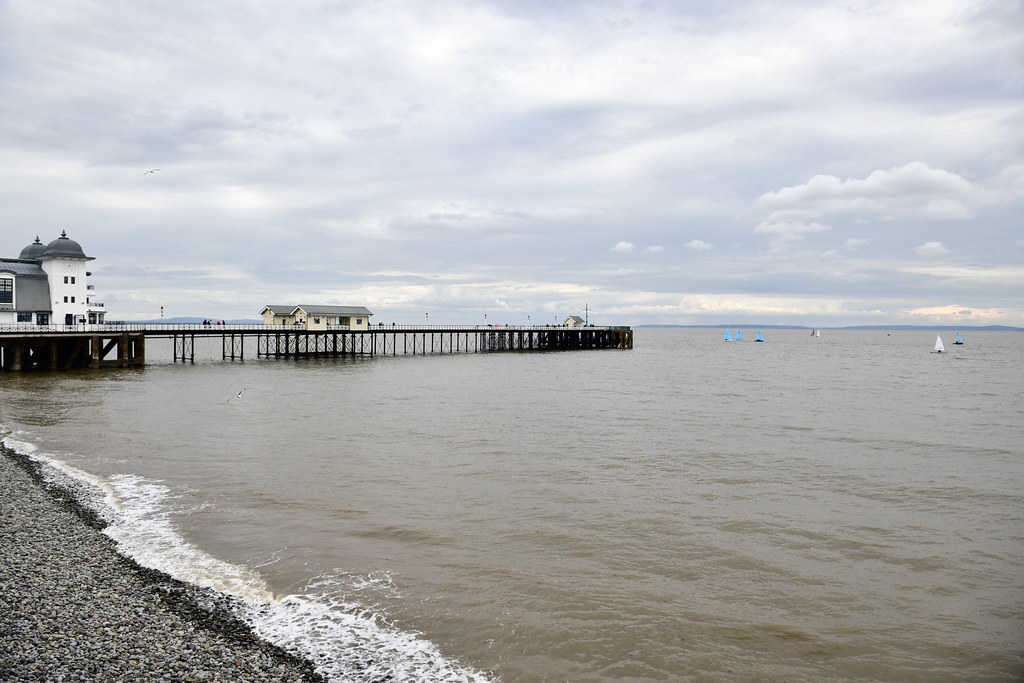 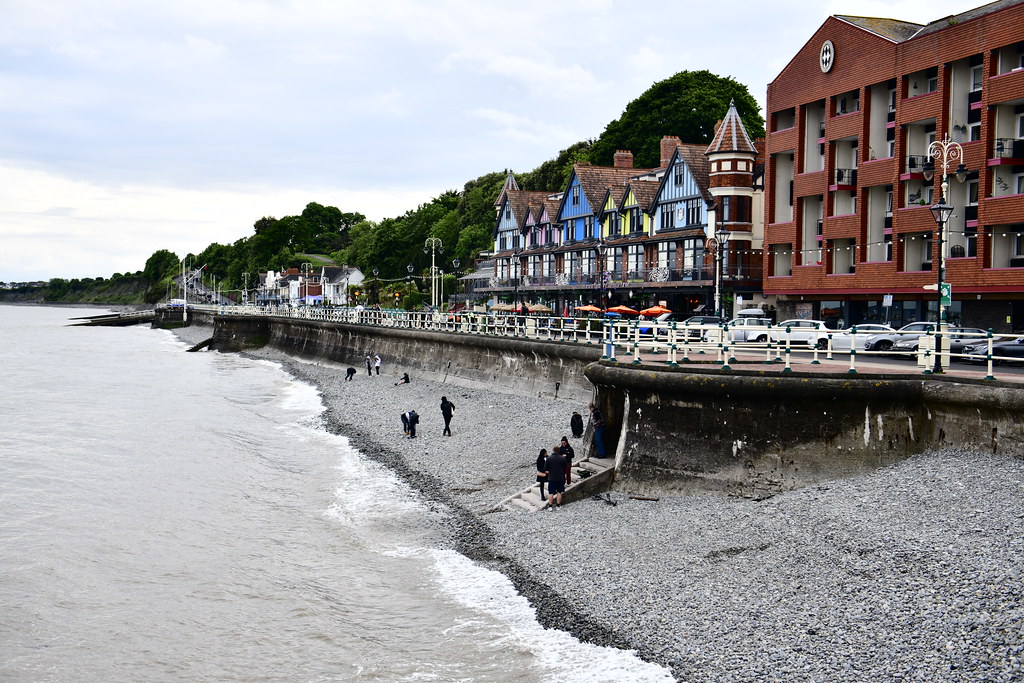 Pick up some pebbles, skip some rocks, walk the pier, or chat with a treasure hunter. Any conversation is possible in a place like Penarth. 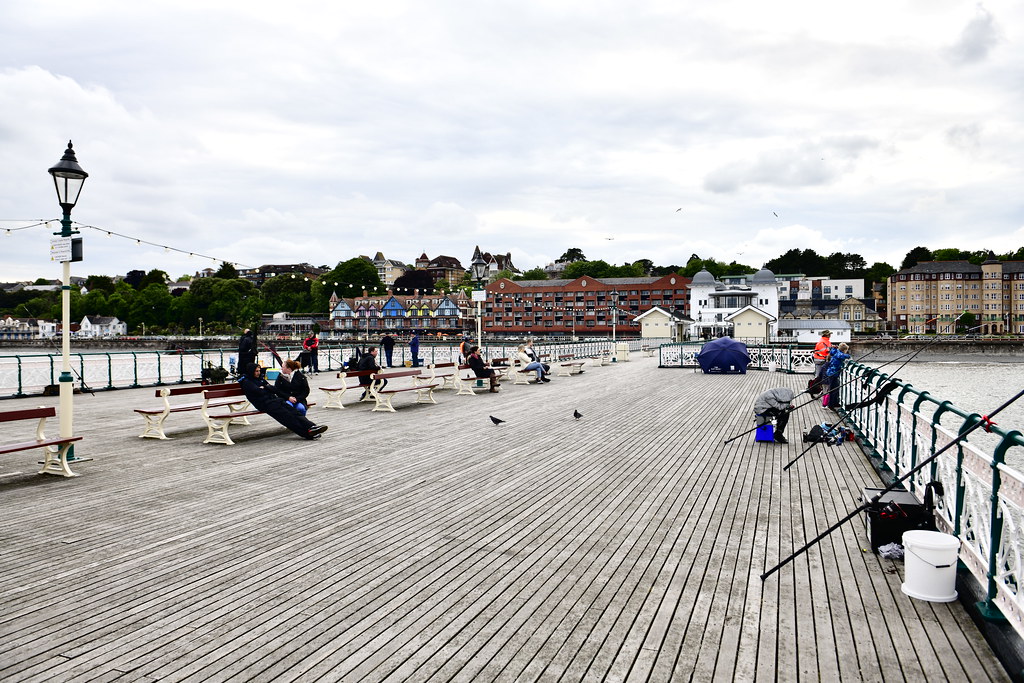 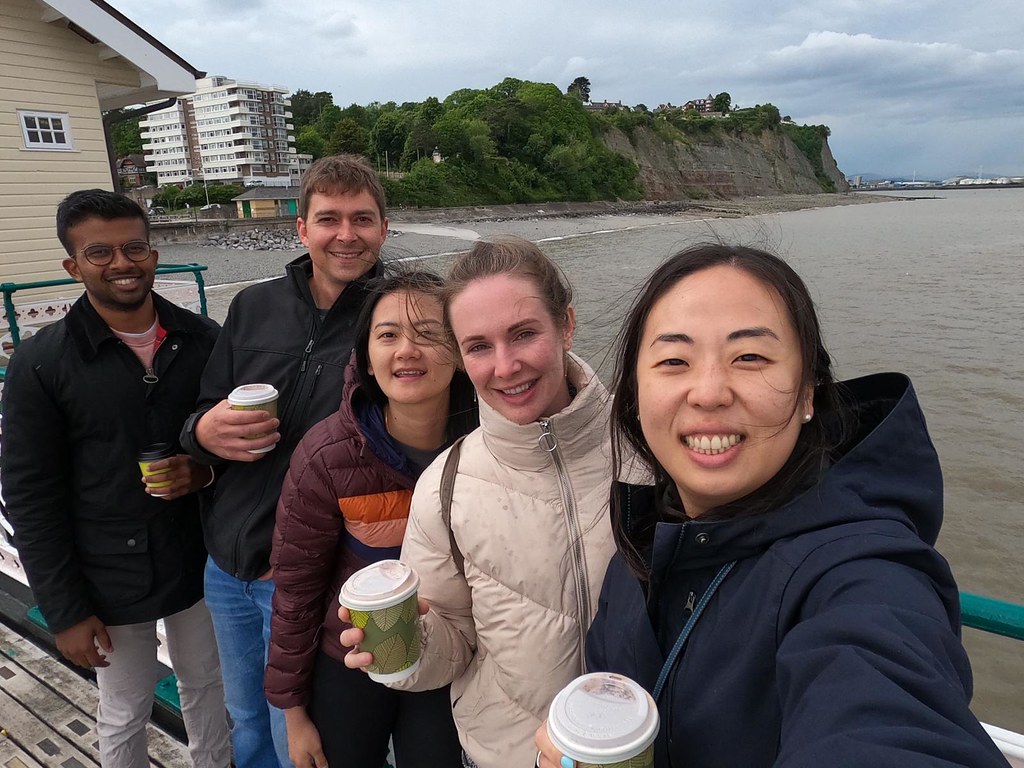 We all then returned southern Cardiff to pay respects to our childhood at Roald Dahl Plass, an oval plaza named for Roald Dahl of Matilda fame; did you know he was born in Cardiff? 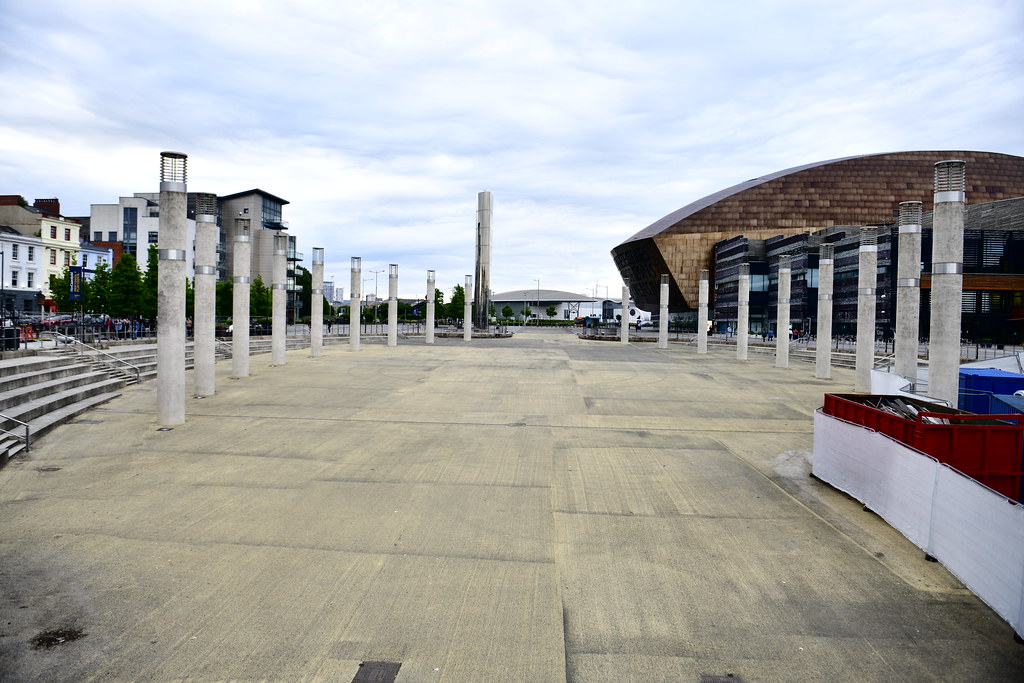 Pass by the Pierhead Building: 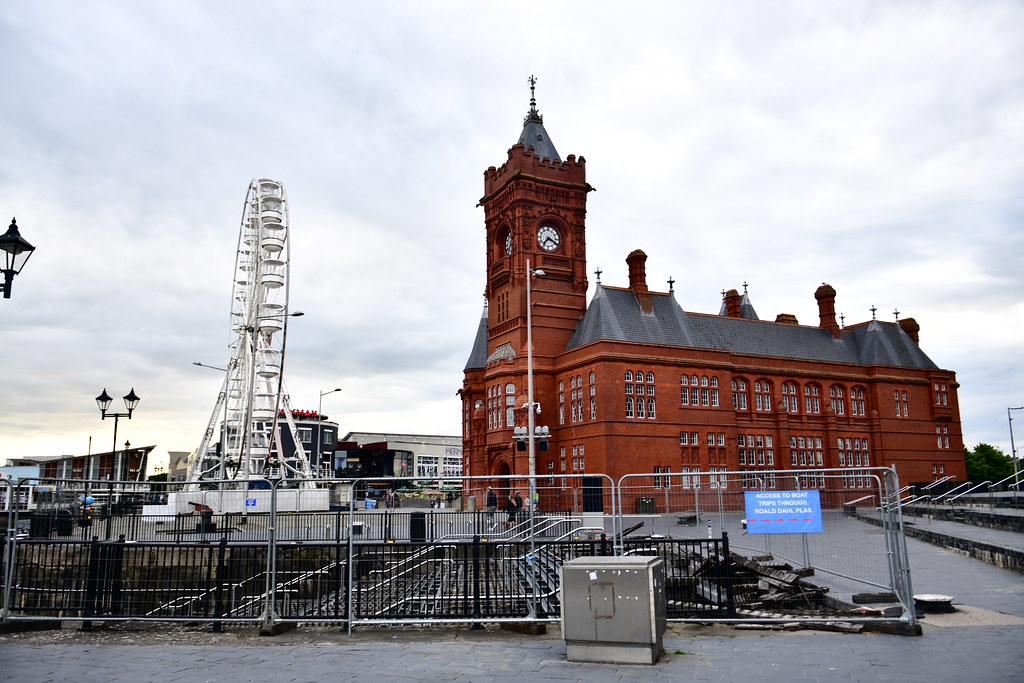 … and take in the views of Cardiff Bay from the Norwegian Church Arts Centre: 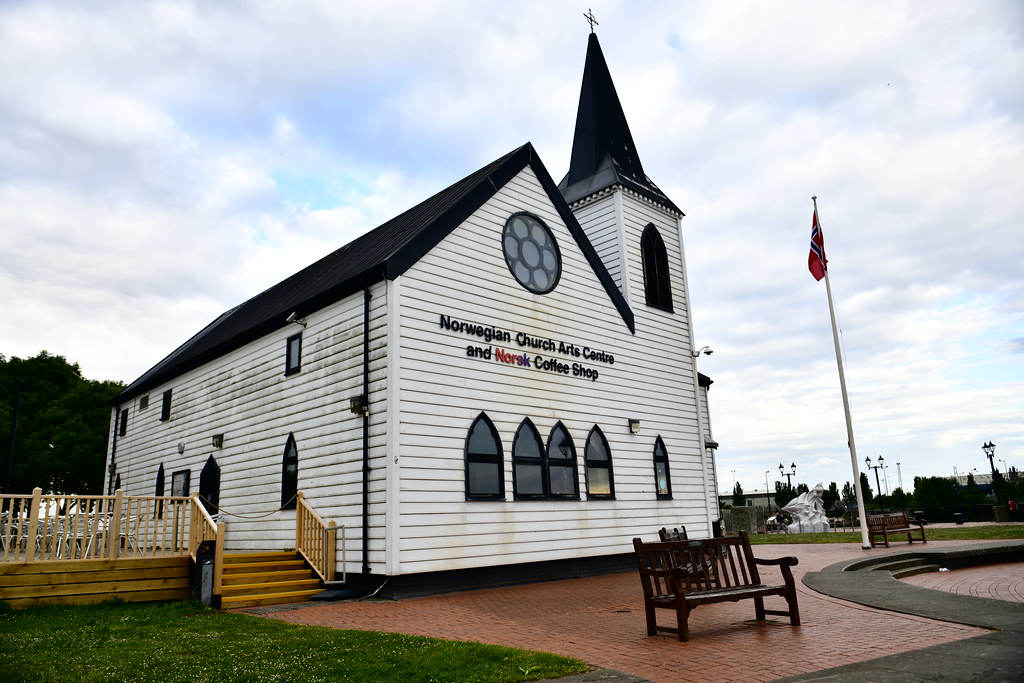 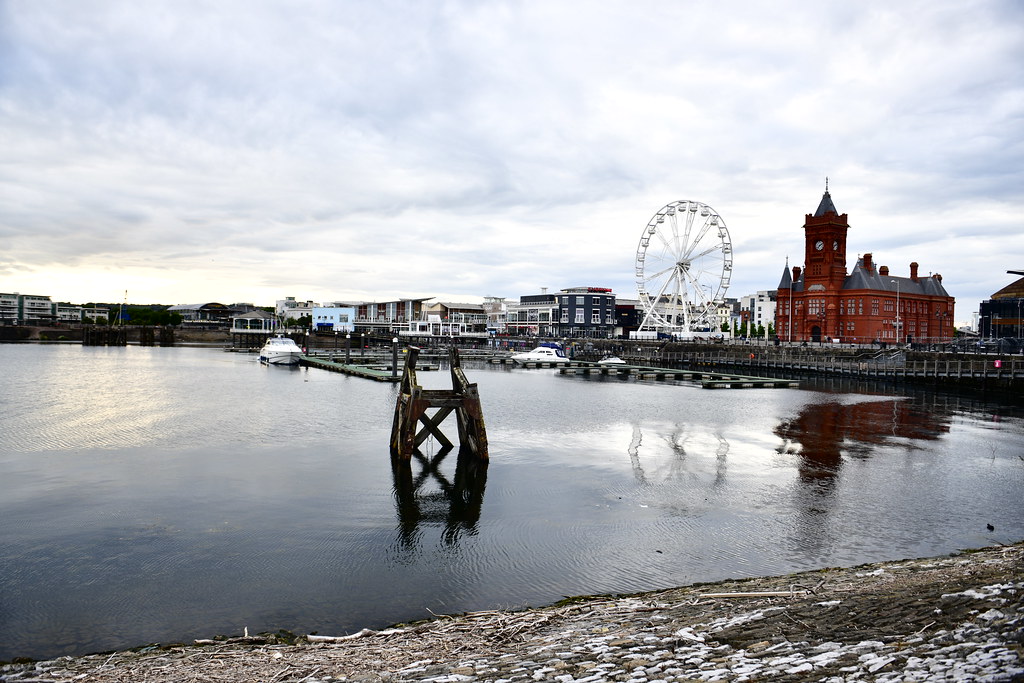 We then got together for dinner at the cosy club before retiring for social hour back at our apartments.

The next morning we taking a quick 10 minute drive to Llandaff Cathedral where Evie got to sing “Amazing Grace” along with the organist there. 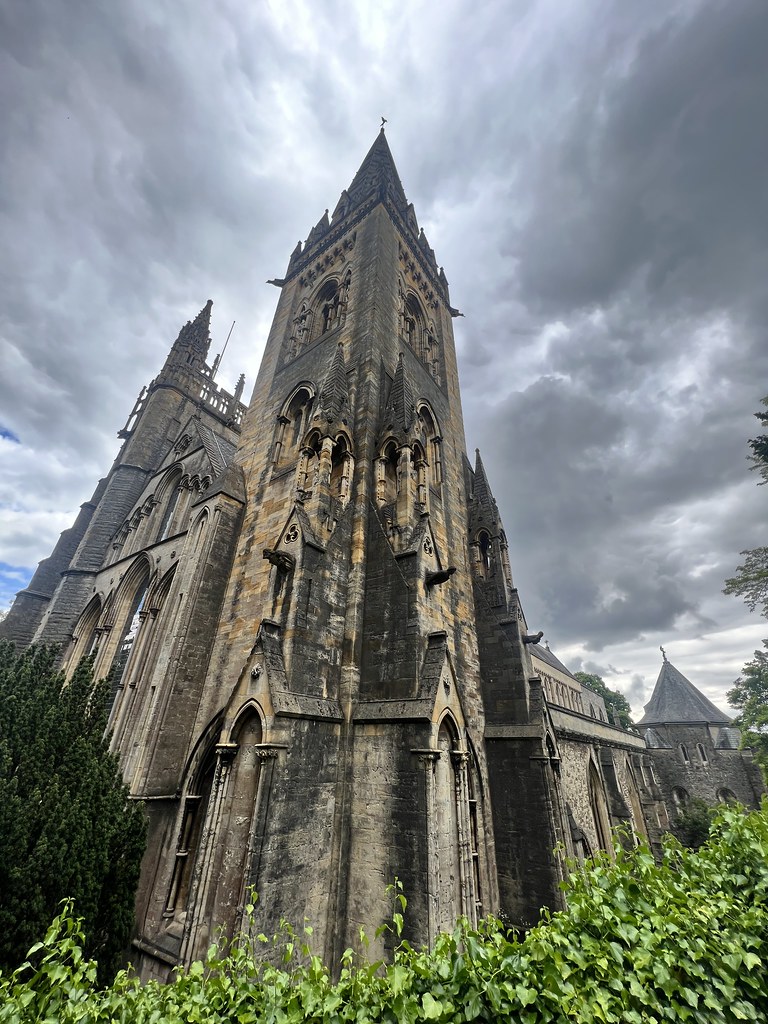 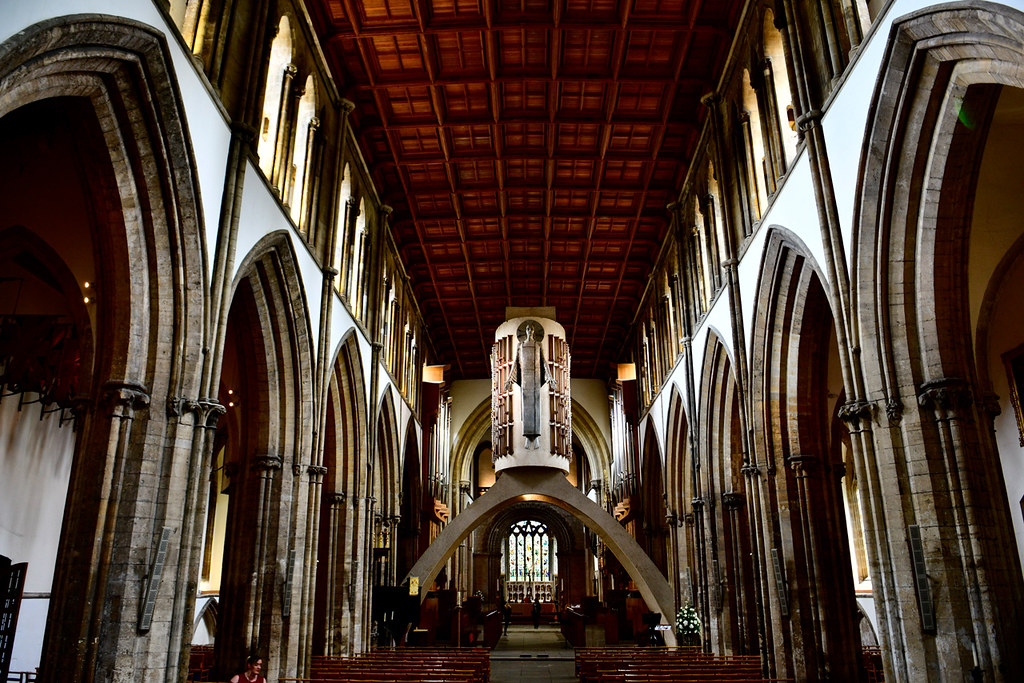 …and then onwards to Castell Coch, a grand 19th-century castle built in the gothic-revival style. 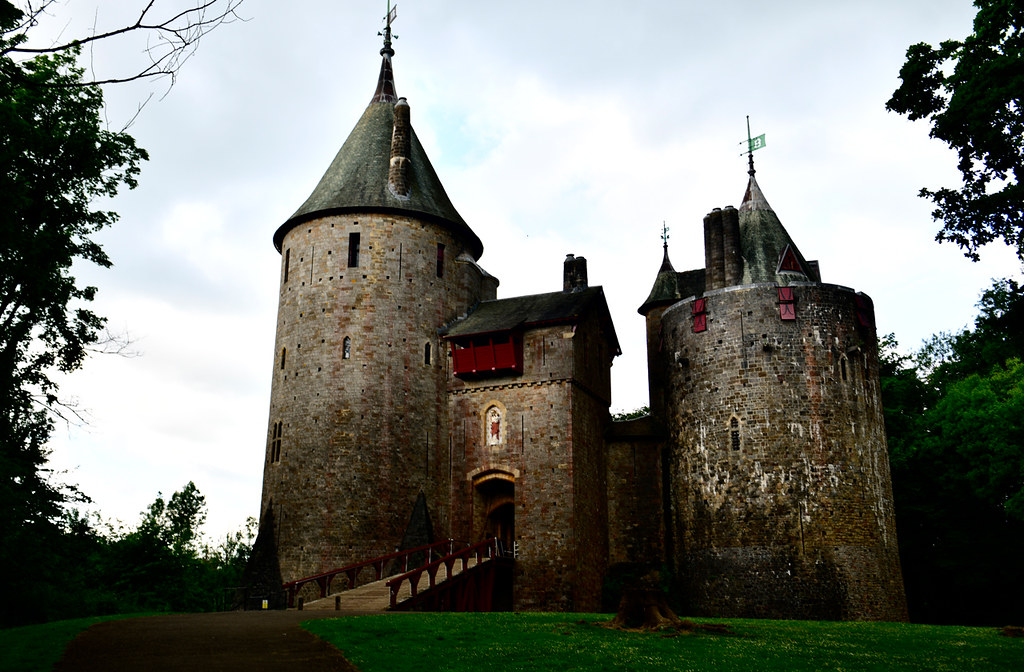