After breakfast on the ship for our third day we approached Virgohamna.

Our group would luck out this morning in getting randomly selected first for kayaking, taking advantage of the low wind speed and calm waters here. 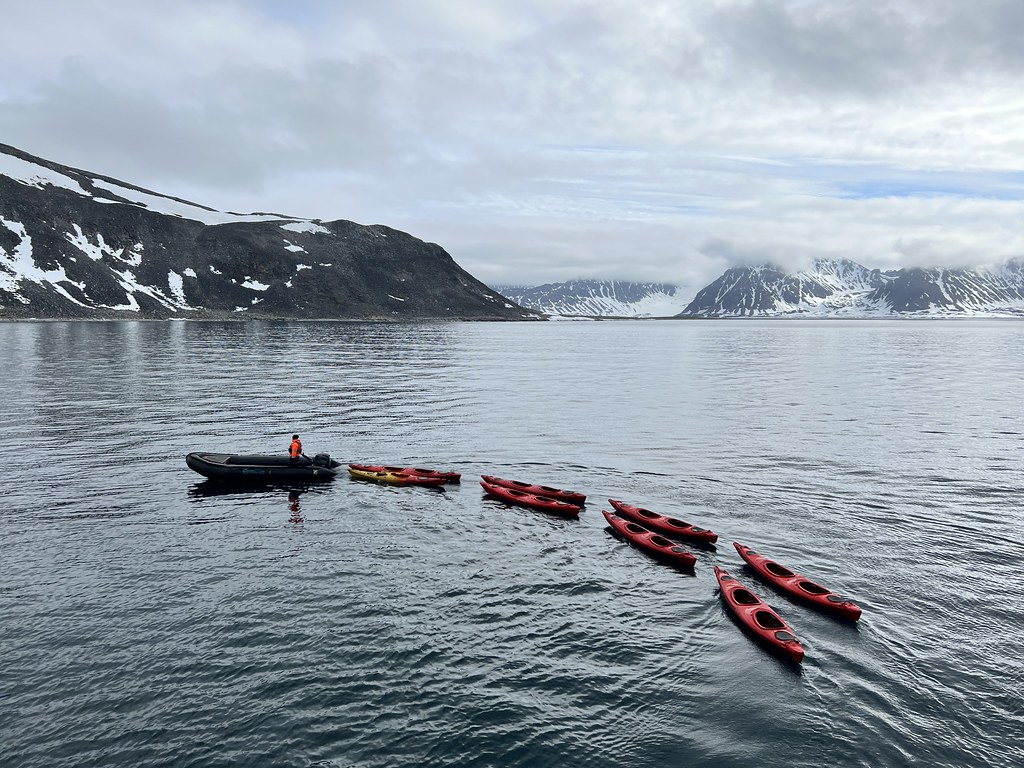 So at 9am we headed up to the helipad for a gear fitting. Wearing only our thermals and gloves, we took the ships’ supply of wet suits, pairs of waterproof booties, CAG windproof jackets, life vests, and a spray skirts. 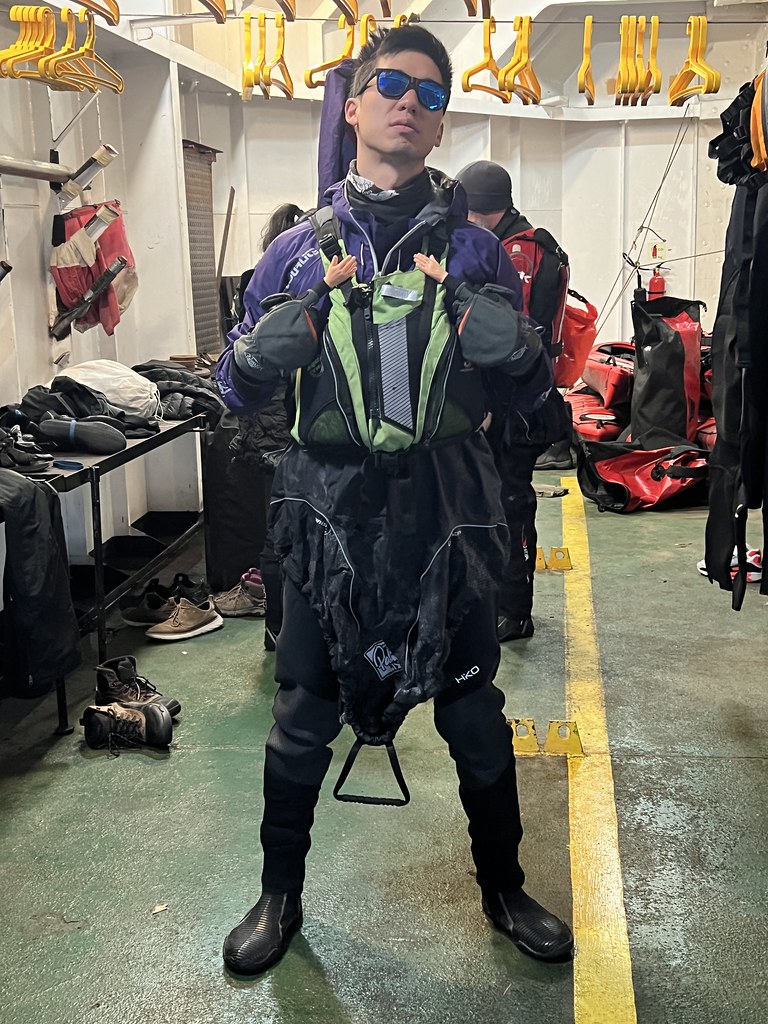 Felt like we were about to go parachuting from the helipad! 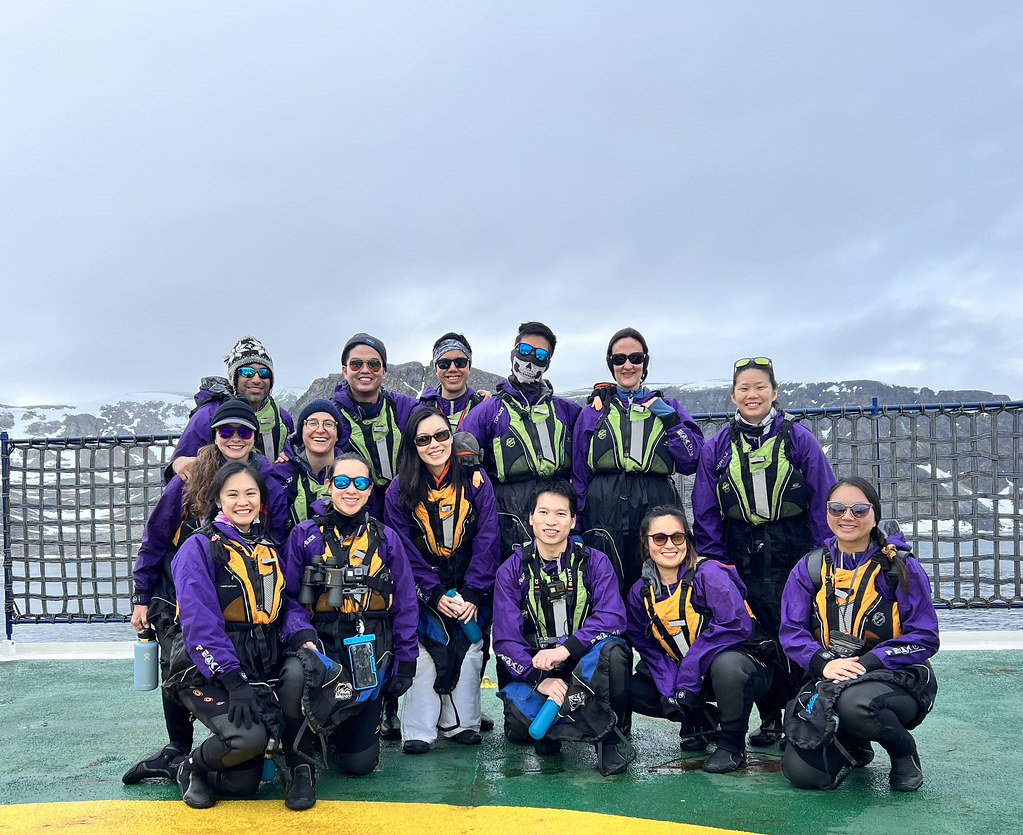 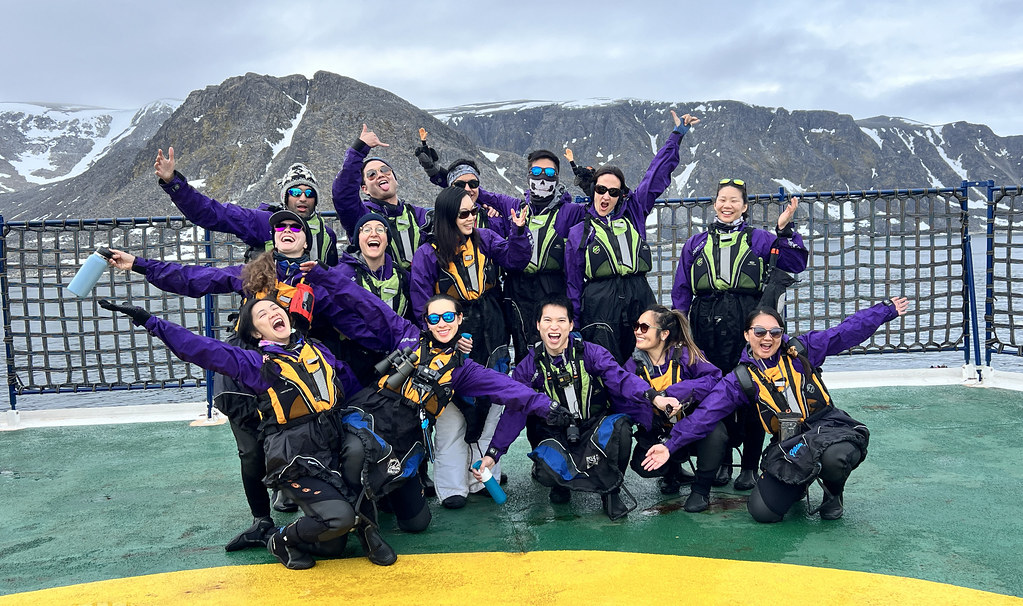 After carrying our kayaks across for the boat crane to lower in the waters, we then attached them to the zodiacs, and headed out into the bay to begin our 2 hour tour around Virgohamna and Smeerenburgsleta, also known as the most famous whaling station in Spitsbergen where 200 men worked until the late 17th Century. 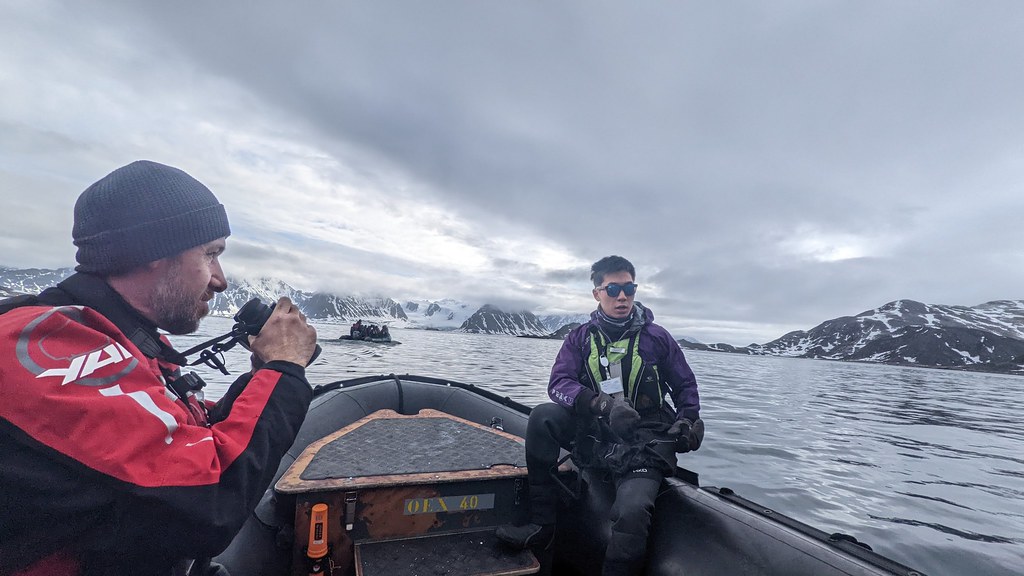 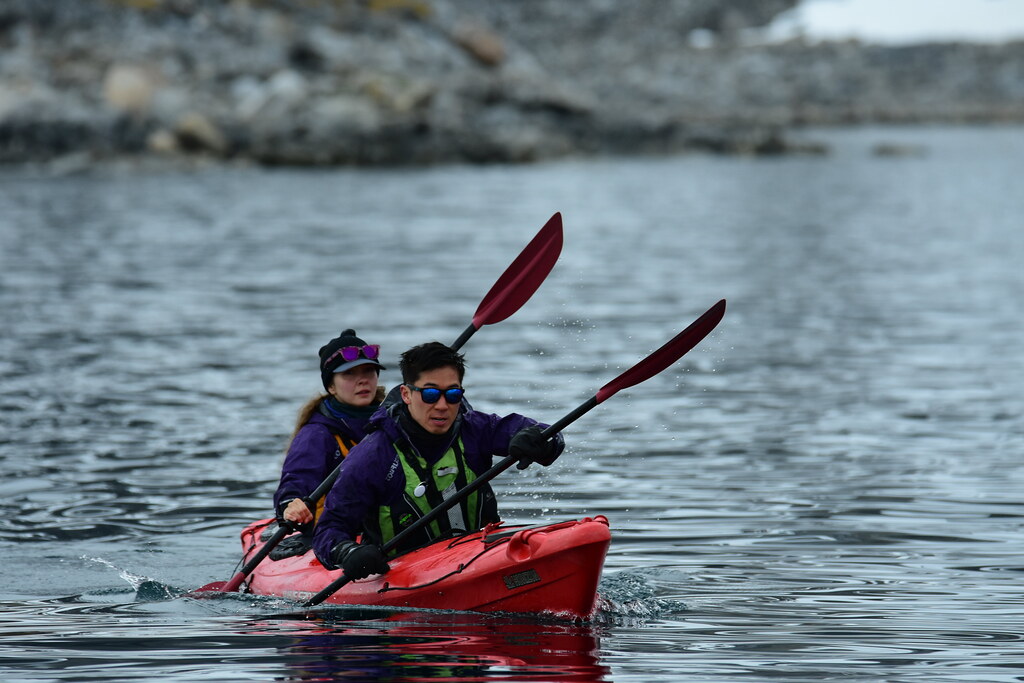 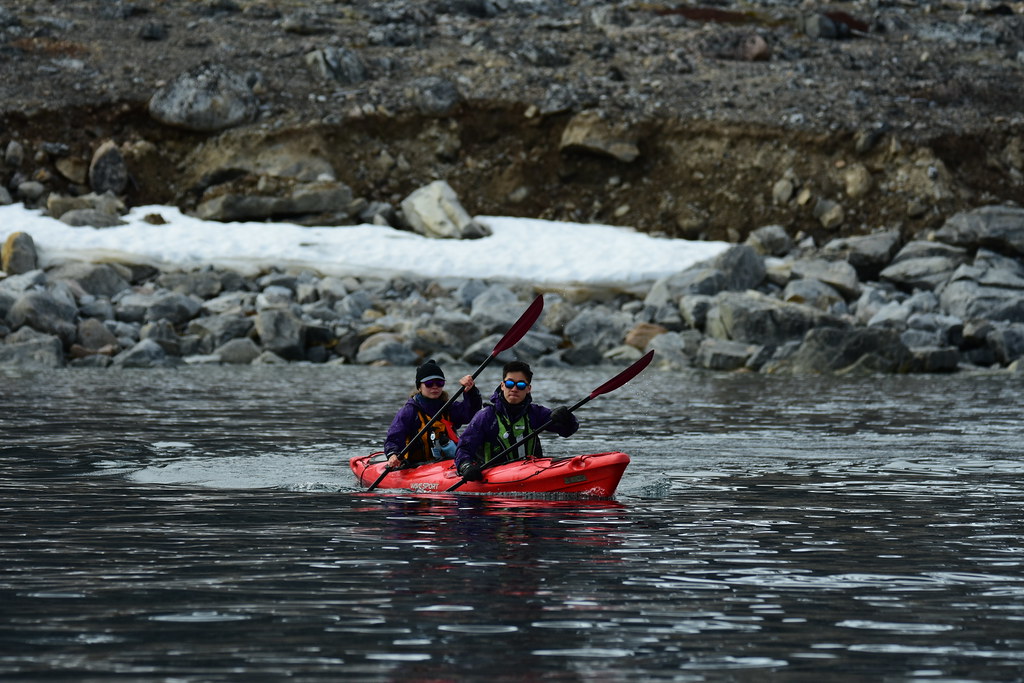 OK, it wasn’t all a struggle. 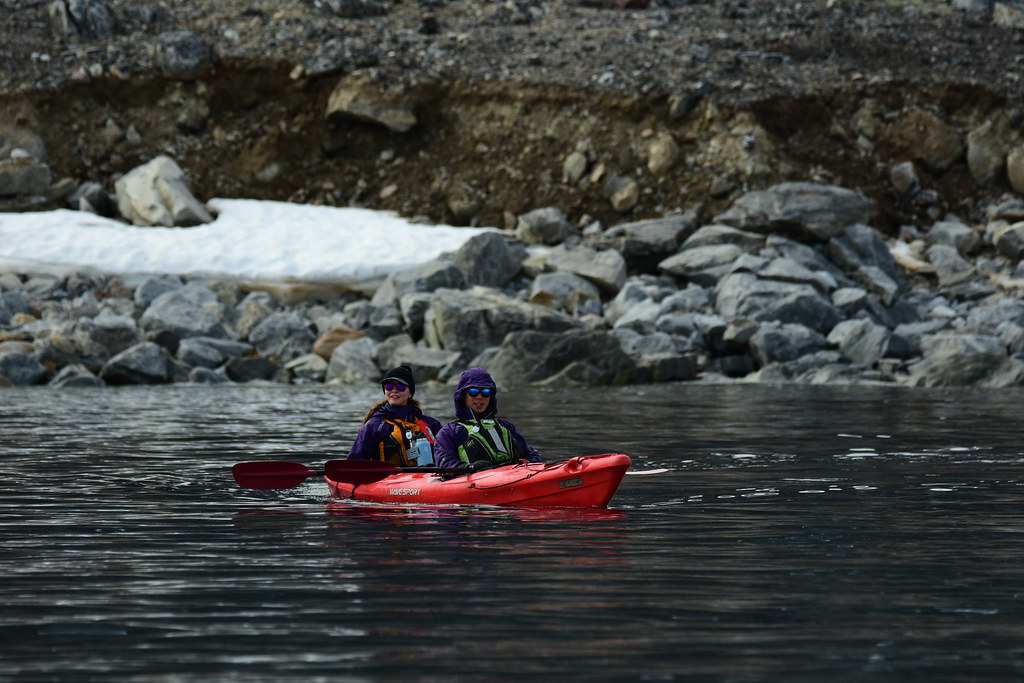 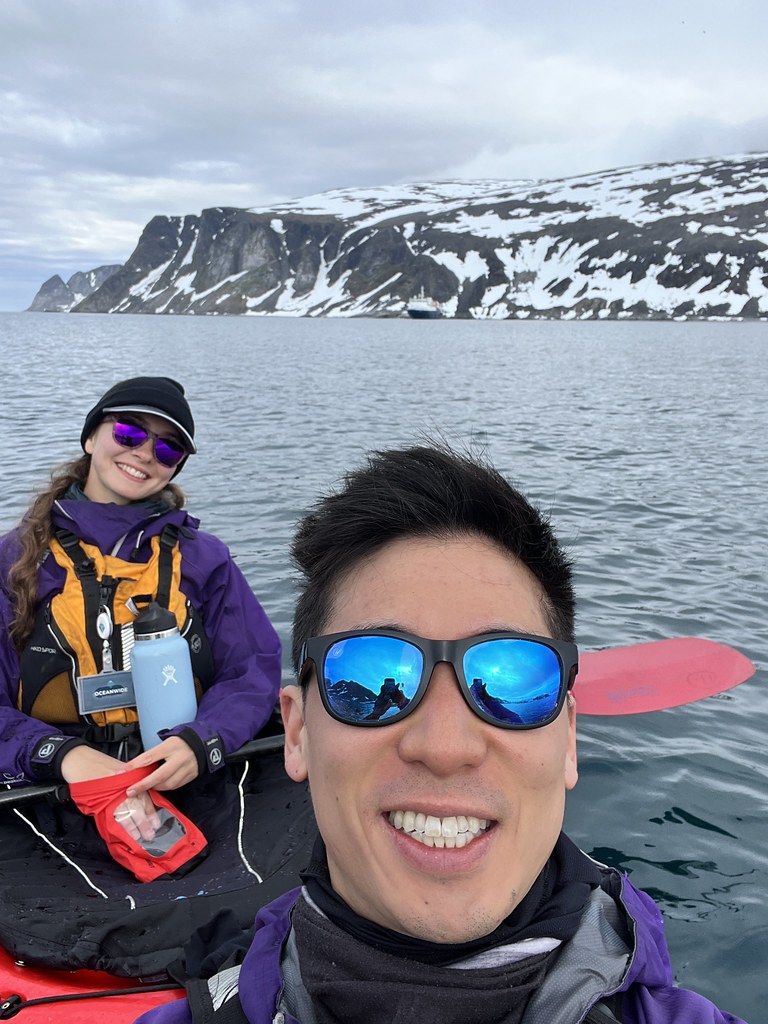 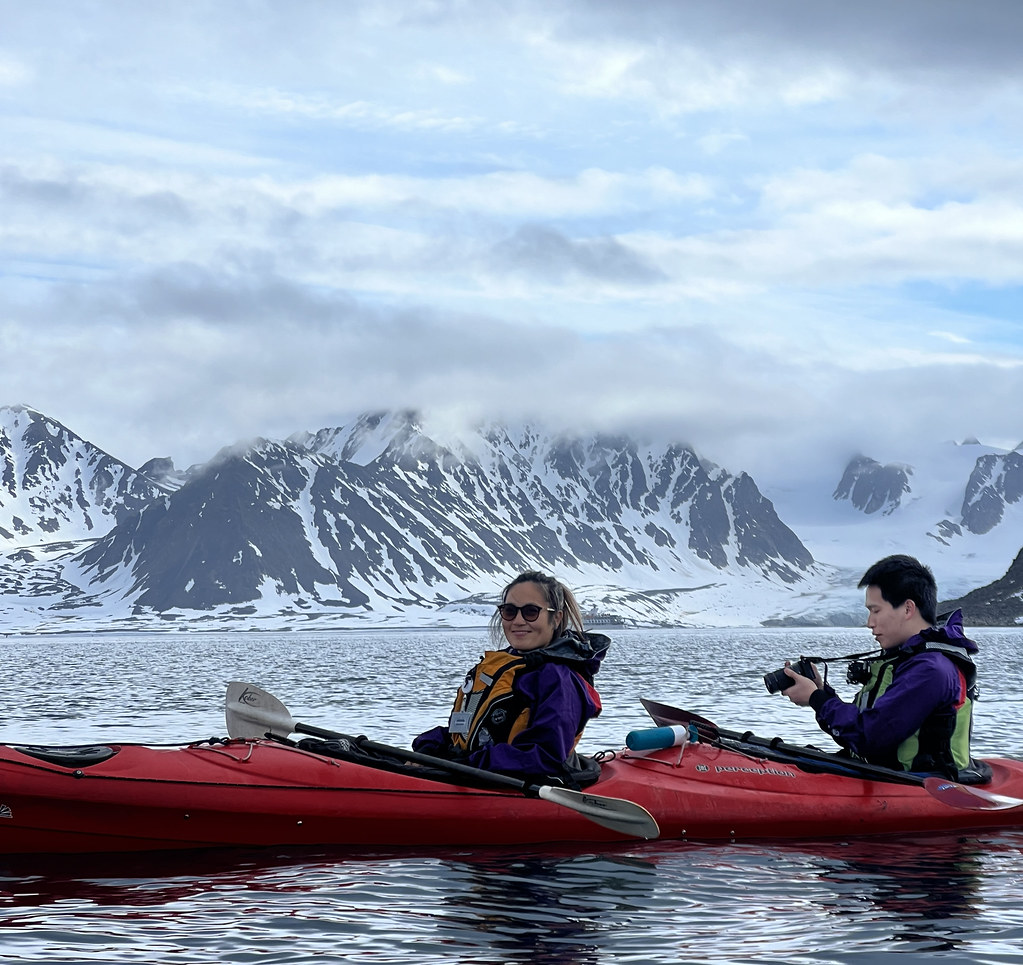 We explored the remnants of the 17th century Dutch whaling station when the bay was called Houker Bay, and that of the old balloon hanger. There’s also bearded and ringed seal colony, also known as the northernmost seal colony in the world. And with them in the background, we took some group photos! 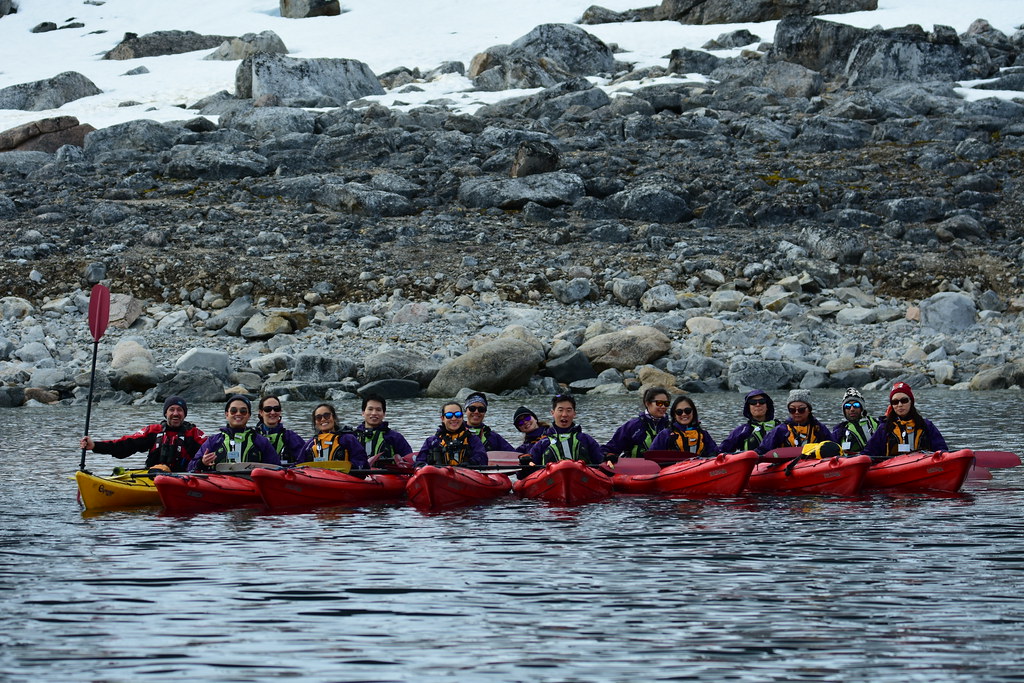 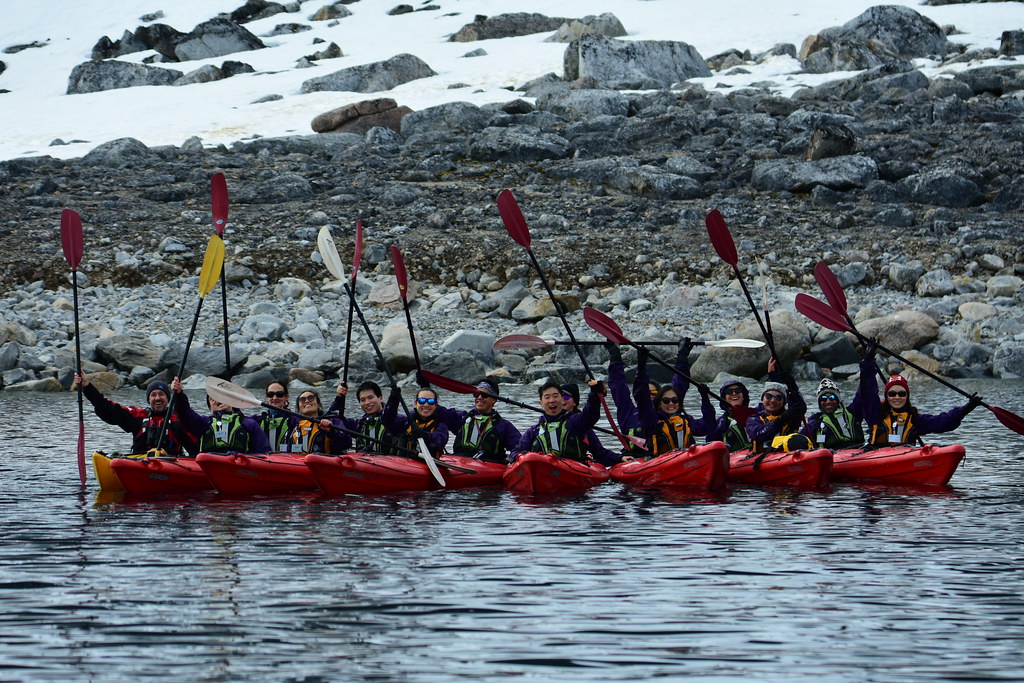 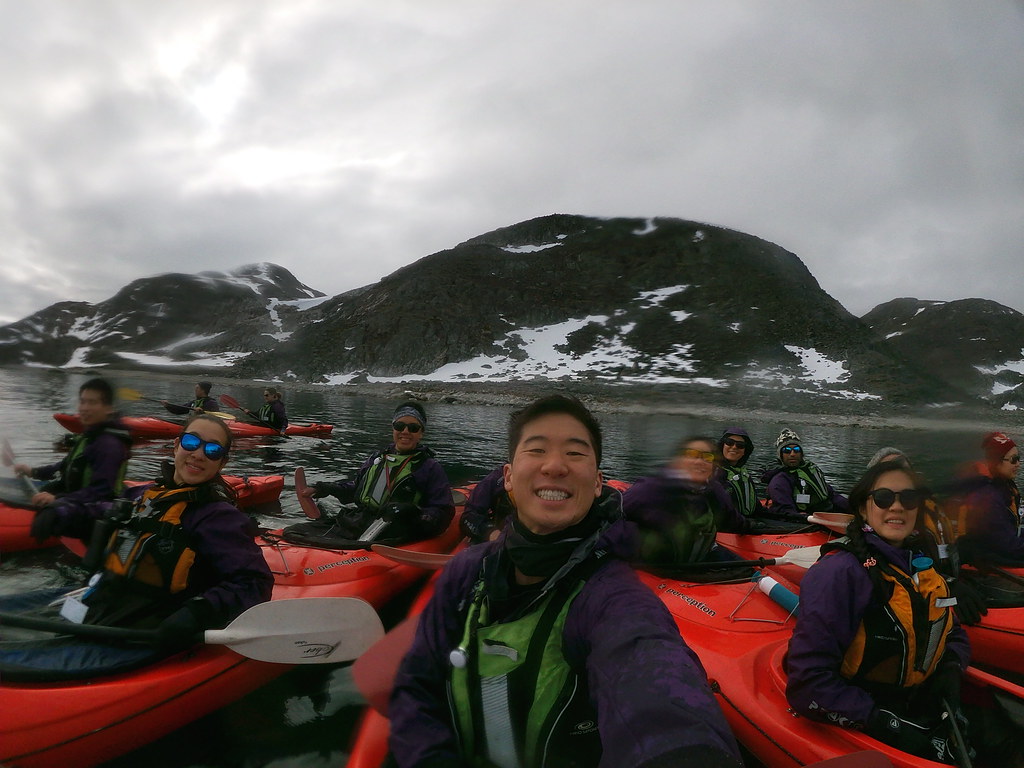 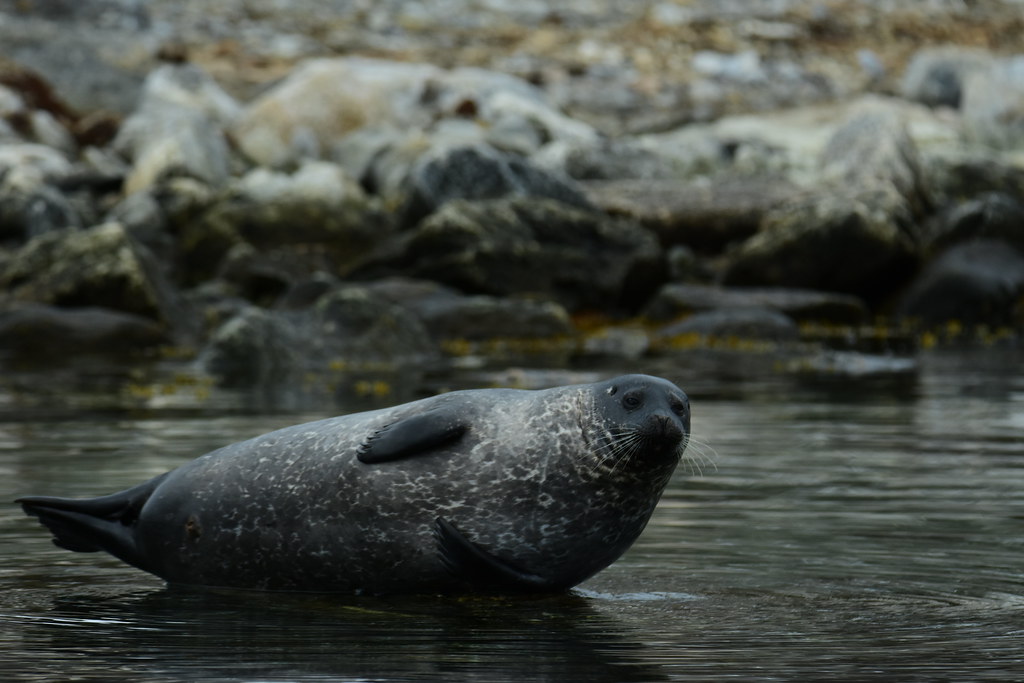 After 2 hours on the water we hopped back on our zodiac for lunch. 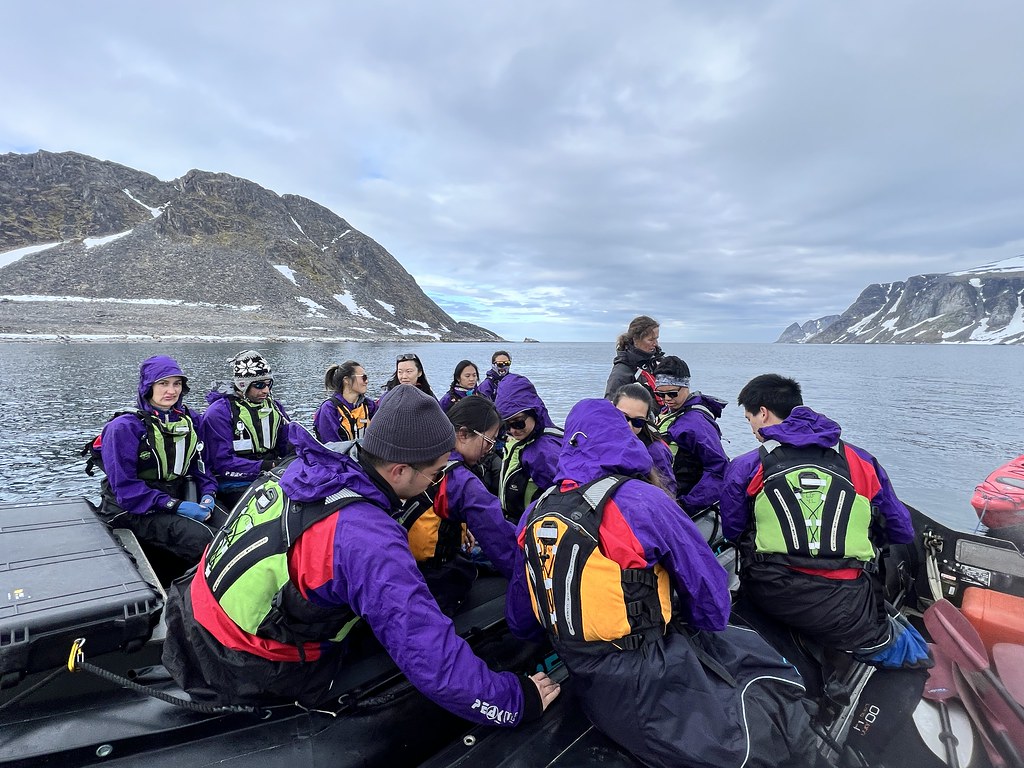 In the afternoon we boarded for zodiac tour around Ytre Norskøya and Fuglehomane. I noticed the moon and sun side by side here. 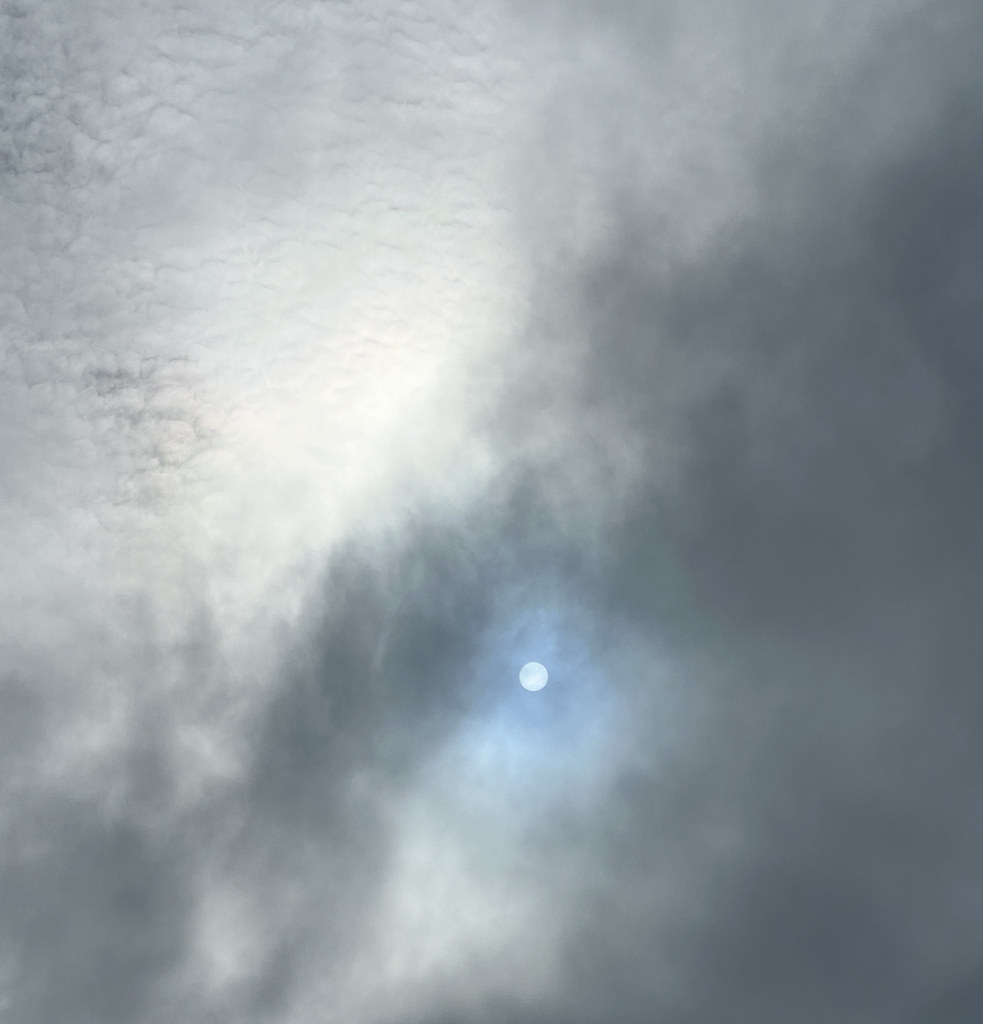 But to us, it’s known to us for finding a beached minke whale carcass . . . 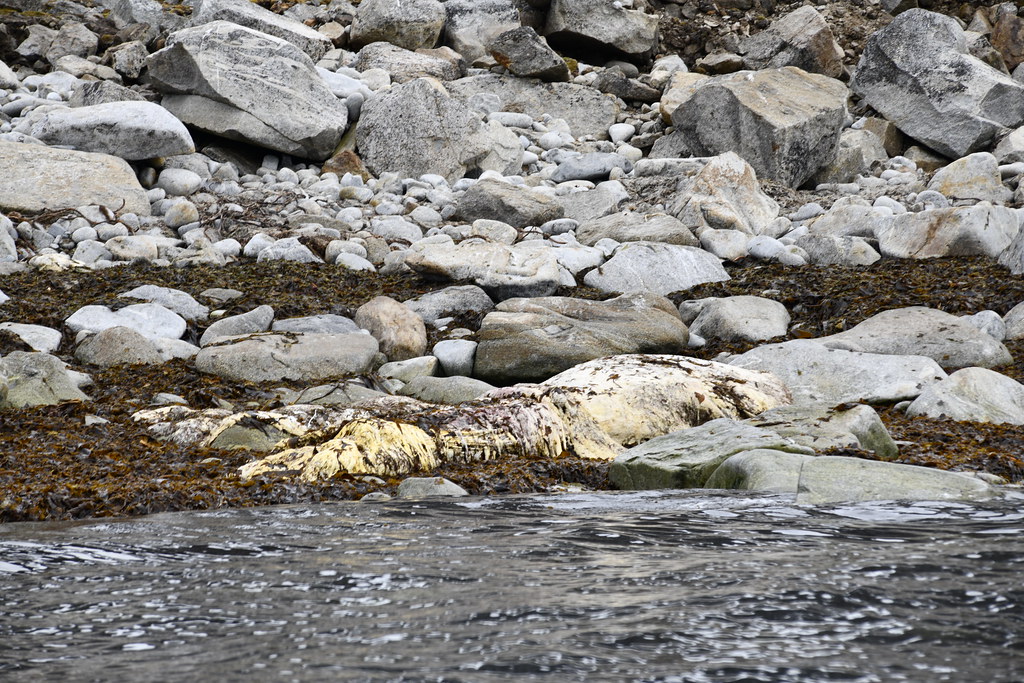 . . . and recently well-fed napping polar bears (mommy and her 2 cubs) a few hundred meters away. 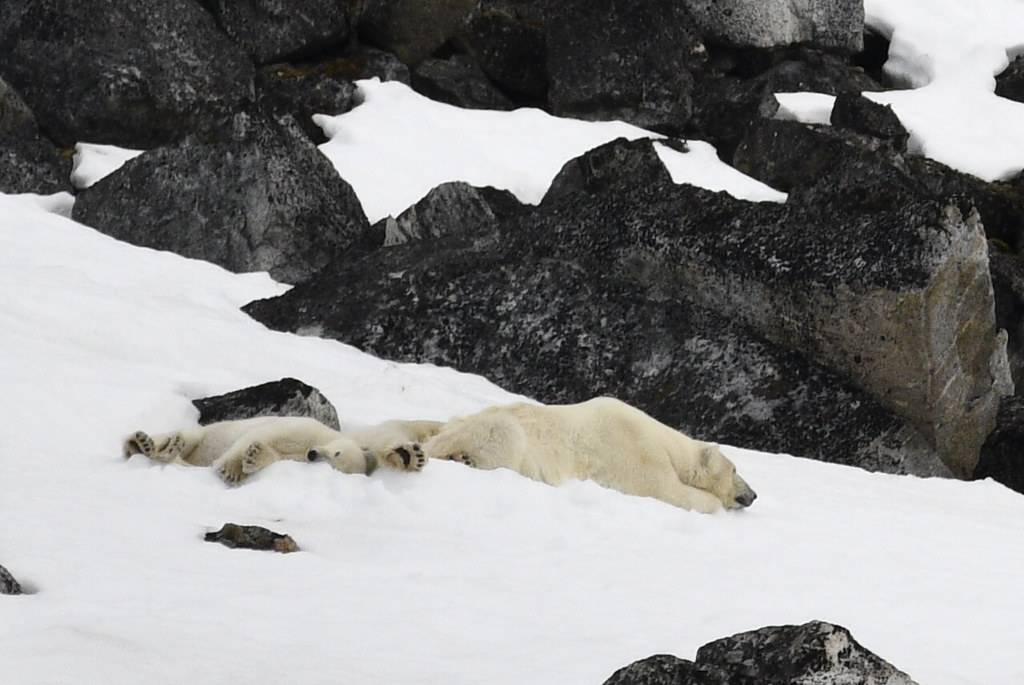 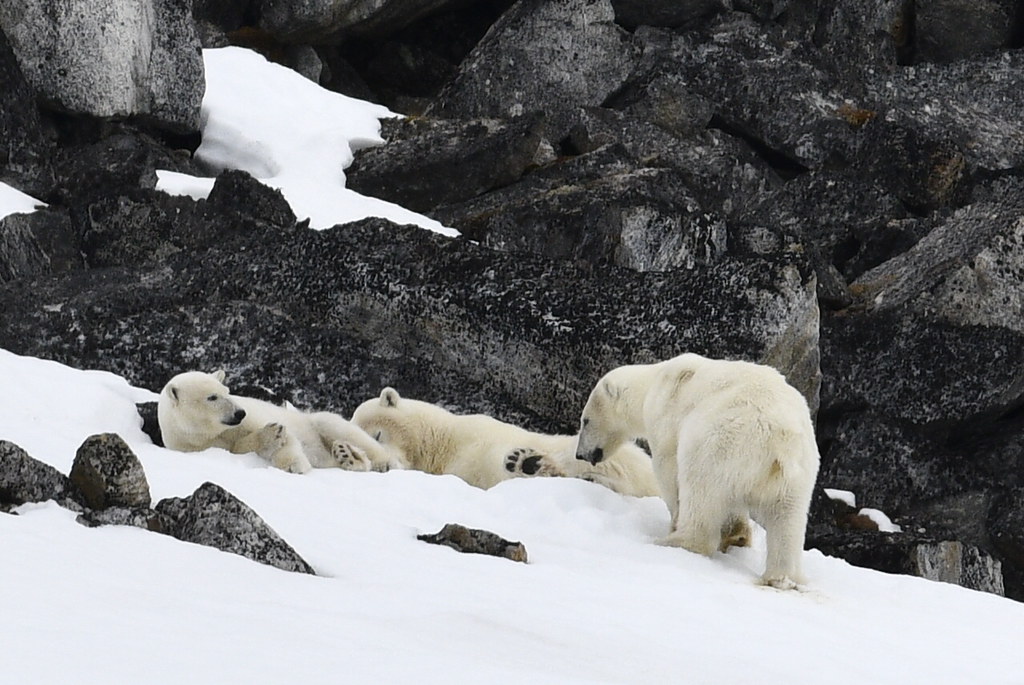 We then returned for dinner and another night of Karthik’s blackjack bootcamp. 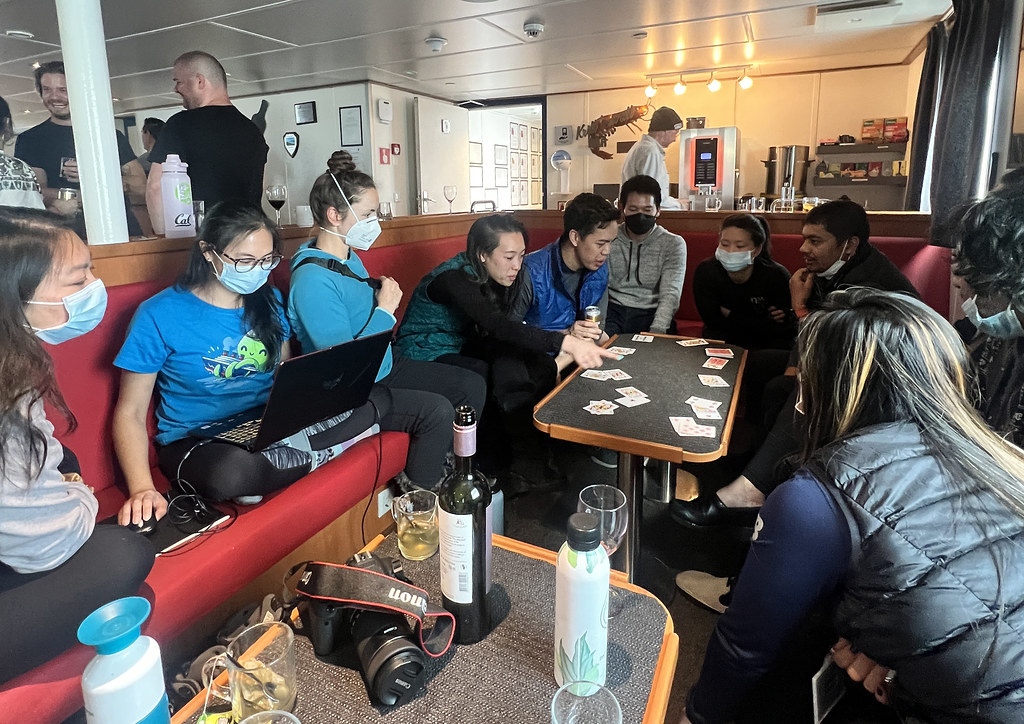