It’s Always A “Praia”-lly a Good Time To Travel!

5 days off in the middle of summer, and flights dropping down to $800 roundtrip from NYC to Cape Verde…what’s not to like? Taking advantage of the new (just opened up 10 months ago!) Air Senegal Flight HC408 route, direct from NYC to DSS (NYC to Dakar), my partner Mel and I booked the 8 hour flight at midnight from JFK Airport. Air Senegal is one of the first airlines to fly the Airbus A330neo craft, now in its 5th year.

If you are going to go with this flight, make sure you come early if you want to save yourself the loooonnnnggg check-in line. Although online check-in seemed to have worked for us, they still needed paper tickets at JFK security. 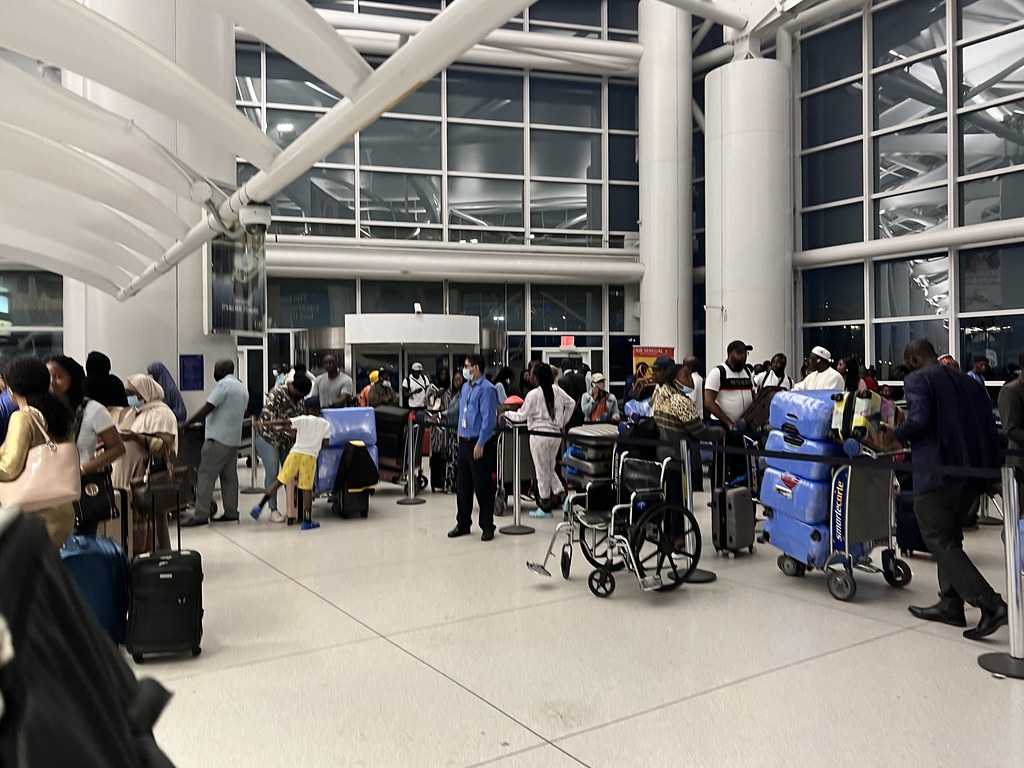 OR just don’t check in any bags; if you only need the physical copy of your tickets you can skip the line like we did, walk to the front, and tell them you have no bags and just want the paper tickets. And within a few minutes we were hanging out downstairs at the Primeclass Lounge in Terminal 1!

We boarded at 11:45pm where they don’t really check for class; you can board ahead for your economy seat even if they announce they’re “only boarding business class first.” 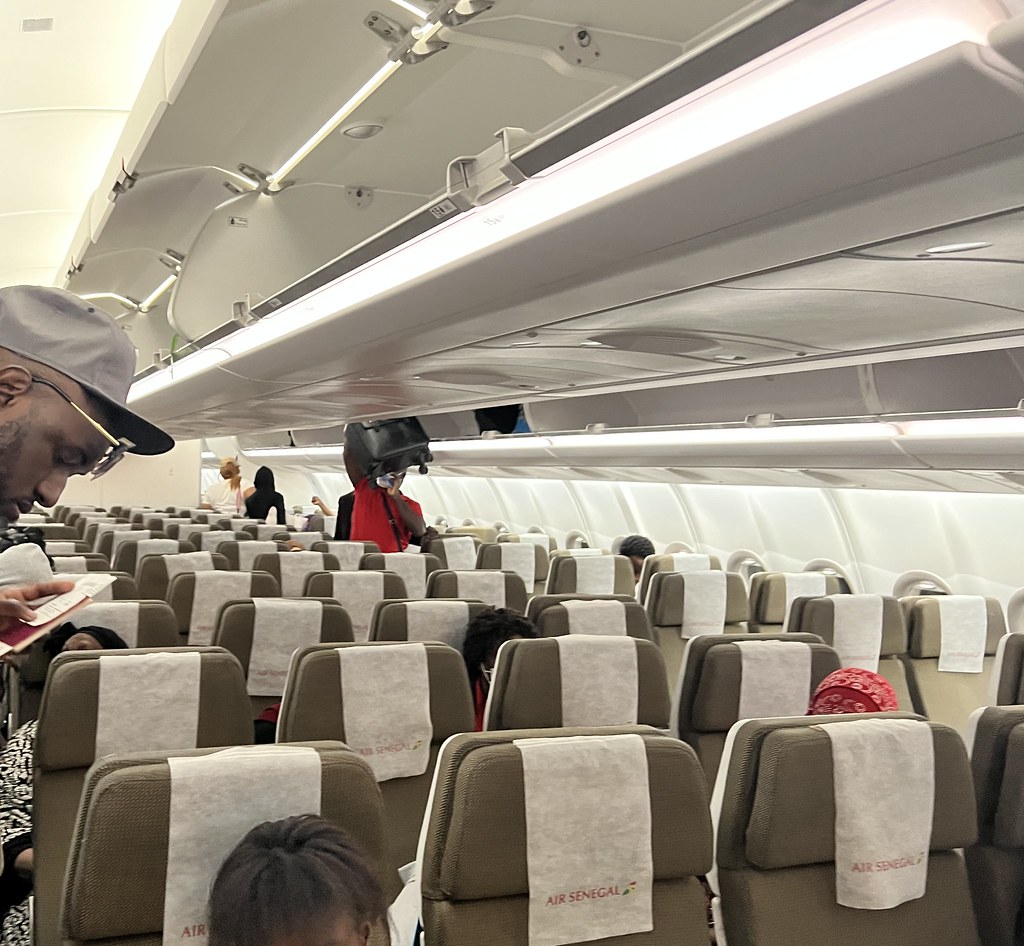 After 8 hours in the air where I surprisingly slept nearly the whole way through, we landed in DSS airport in Dakar, Senegal at their noon local time. We went through a ton of security checks even as a connection. At least at Dakar DSS airport, every agent wanted to see a copy of our return ticket home from Cape Verde. 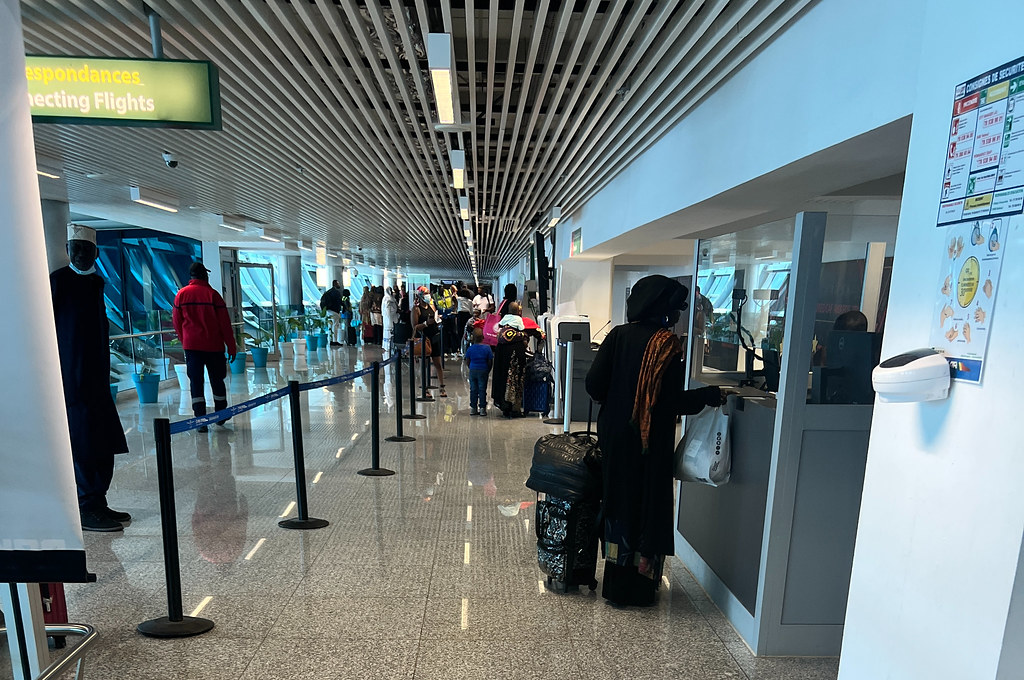 We then enjoyed a chill 3-4 hour layover at the Odyssee Lounge before boarding our onward flight from DSS to RAI at 5:15pm local time. It got a little weird here when we arrived at gate 201 at 5:00pm to board our 5:15pm flight; although the boarding screen said “PRAIA,” the line we were standing in was actually boarding for a 6:00pm flight to Conarky, Guinea. Luckily we narrowly avoided the wrong airplane when the ticket agent asked for a visa for Conarky (you don’t need a visa for Cape Verde if coming from the USA).

It was only after this line for Conarky was finished boarding when they then were ready to board our flight to Praia 30 minutes later at 5:45pm. So make sure you’re not lining up for the wrong bus to your aircraft! 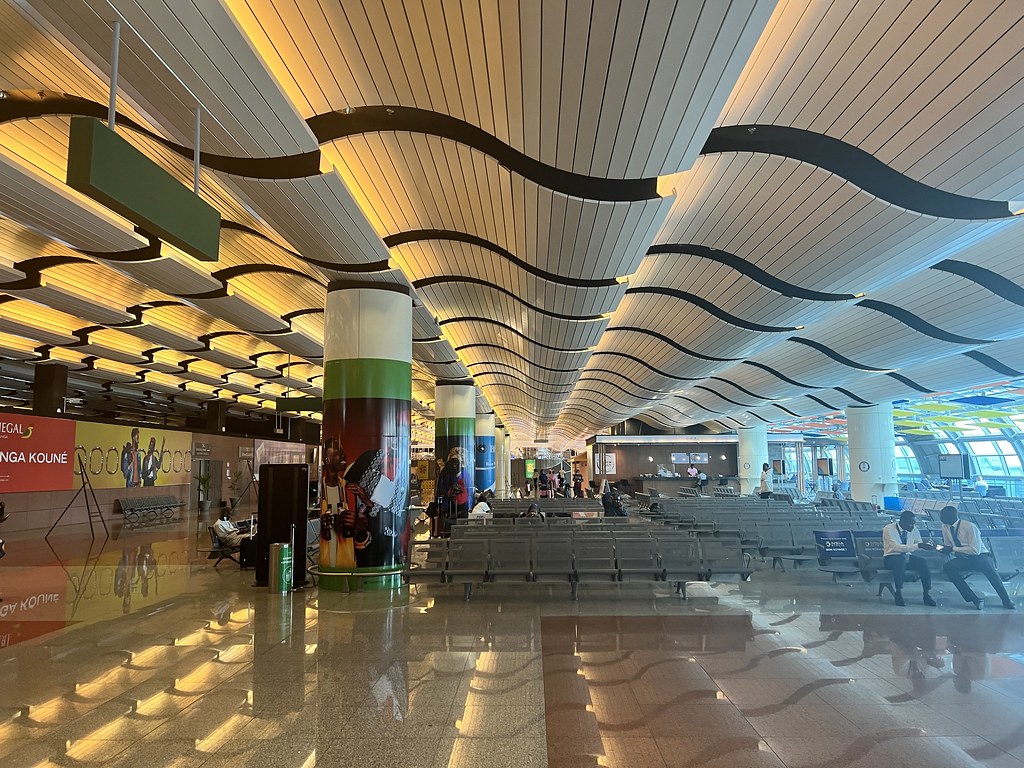 We landed approximately 45 minutes later at RAI airport in the capital city of Cape Verde: Praia. 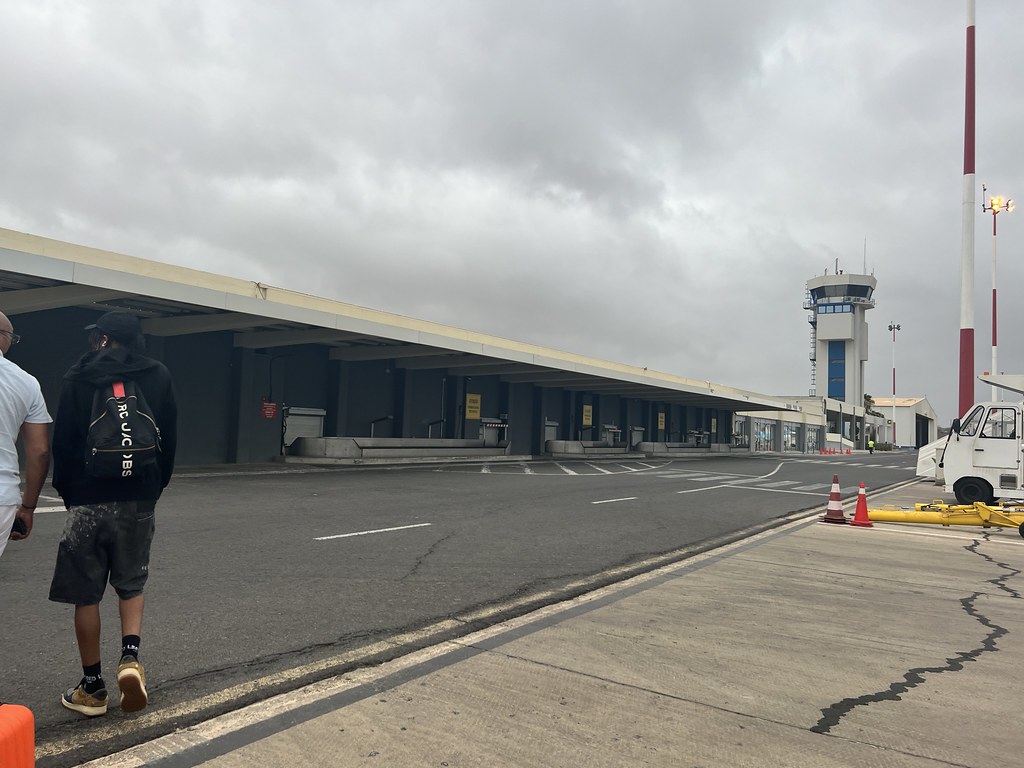 If you own a passport hailing from one of the 61 countries Cape Verde allows in without a visa (for tourism less than 30 days), you can register and pay the airport tax ahead on their online portal EASE and theoretically can skip the visa line when you arrive.

If the EASE website isn’t working for you (it didn’t for me), you can get a local third party provider such as Bu Country Tours to arrange the pre-arrival logistics for you for a nominal extra charge of 2 euros each. You can email Bu Country Tours your passport and flight info and they’ll email you back a PDF and QR code with which you can then show at arrivals. Print out the PDF to save time.

Unfortunately, since nobody was manning the e-gates on our left at passports, we waited as the family ahead of us spent a good 20 minutes paying for the airport tax one by one since they did not register ahead on EASE. 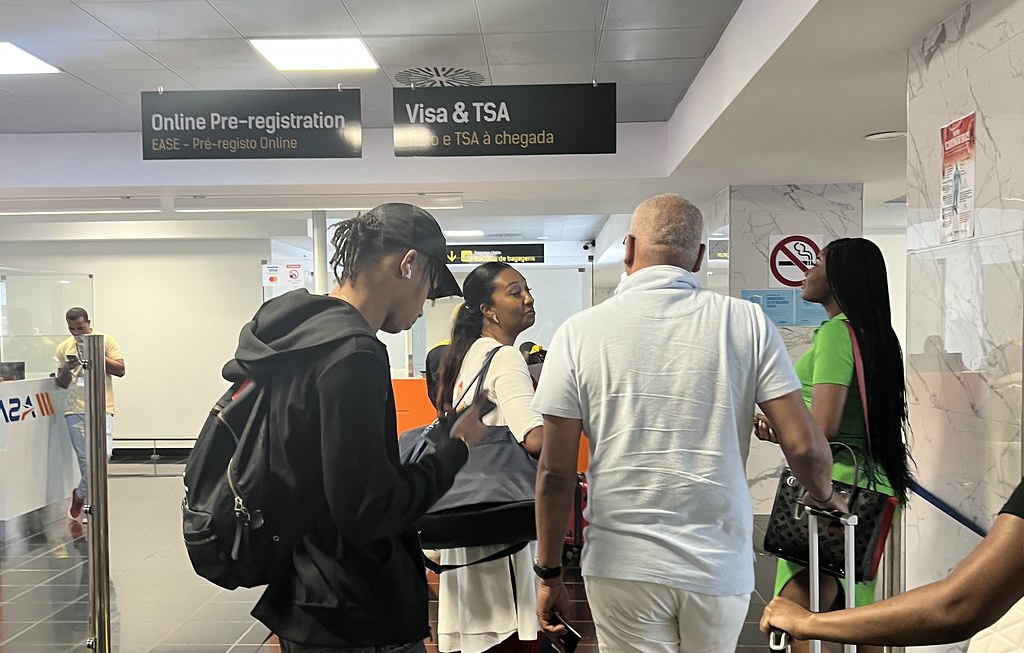 After getting through, we were led out of customs through a door outside where cab drivers waited for us. There’s no official arrivals halls.

I ran around back inside at departures to withdraw some local currency (CVE) at their only ATM. Since we had Bu Country Tours help us with EASE, we were picked up with a free ride to Praia from the airport! Our alternative would have been to hail a taxi from the airport for 800 CVE. 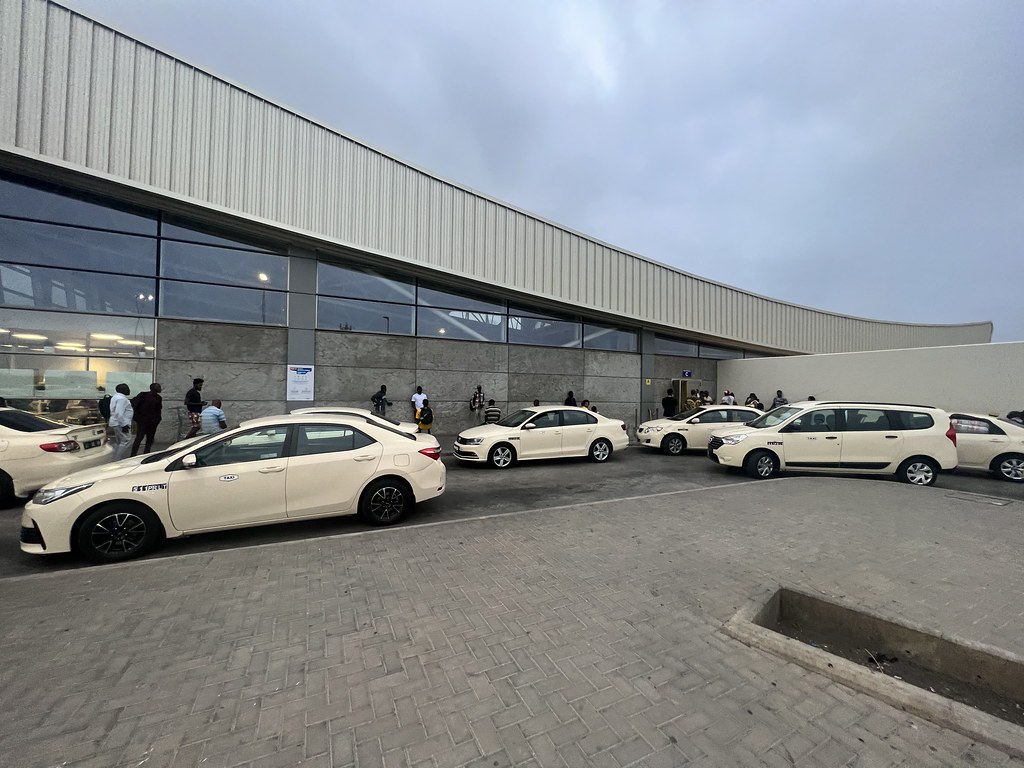 After a 15 minute drive, we arrived at our lodgings at Techas Place: the swankiest café in town! 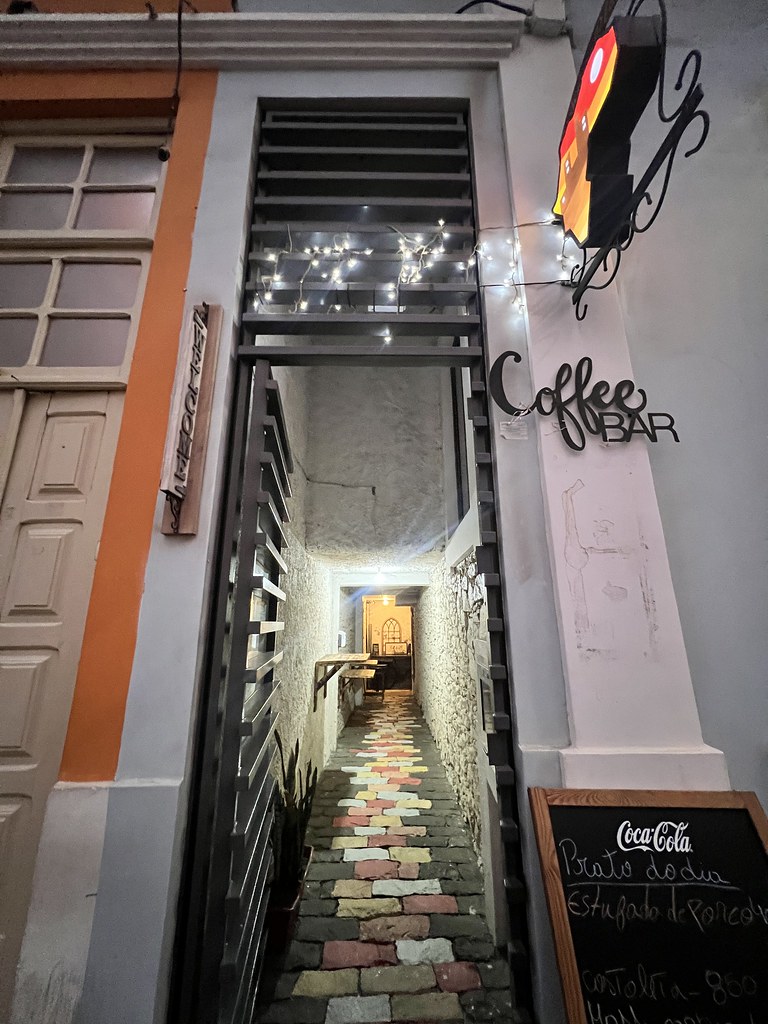 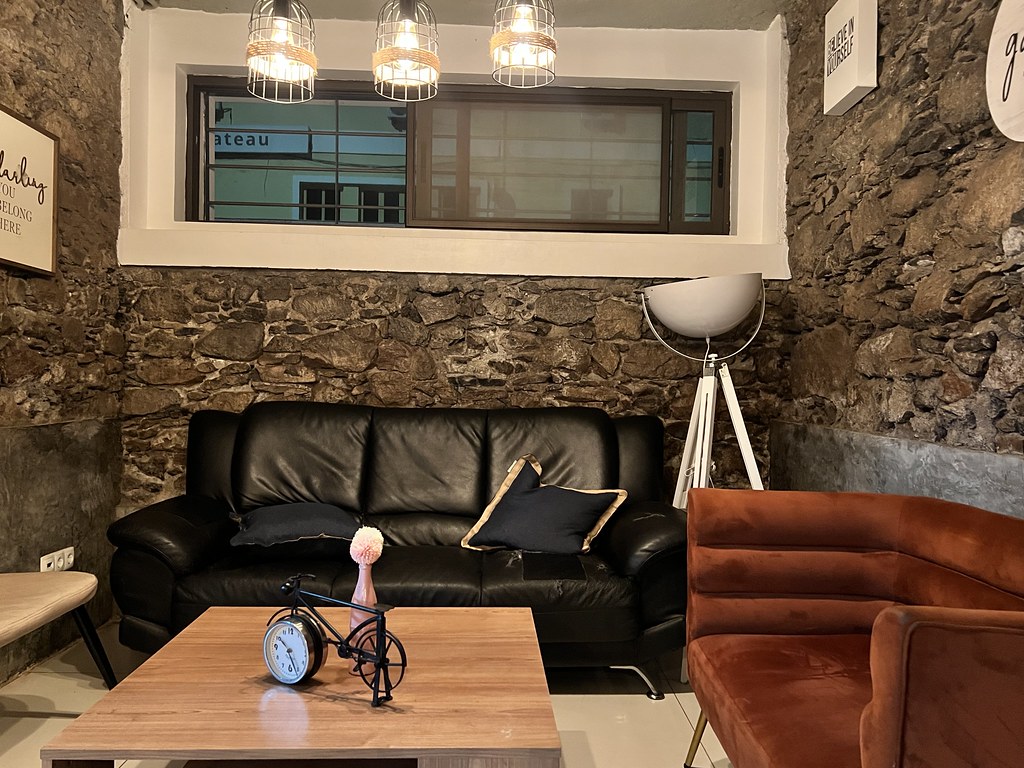 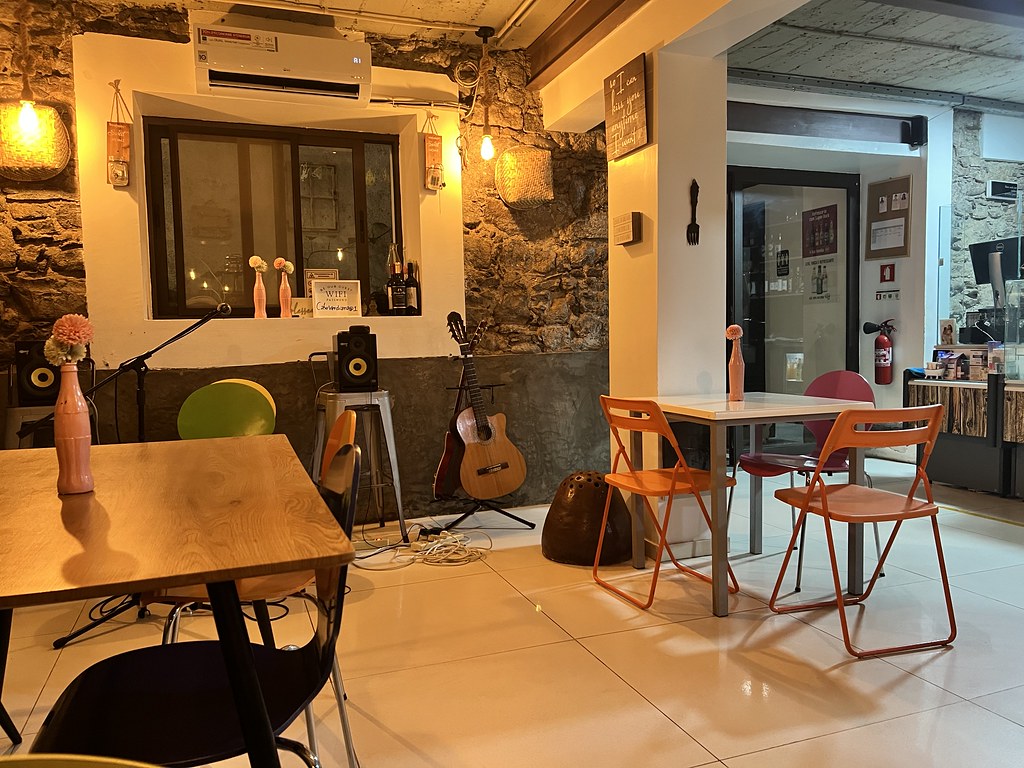 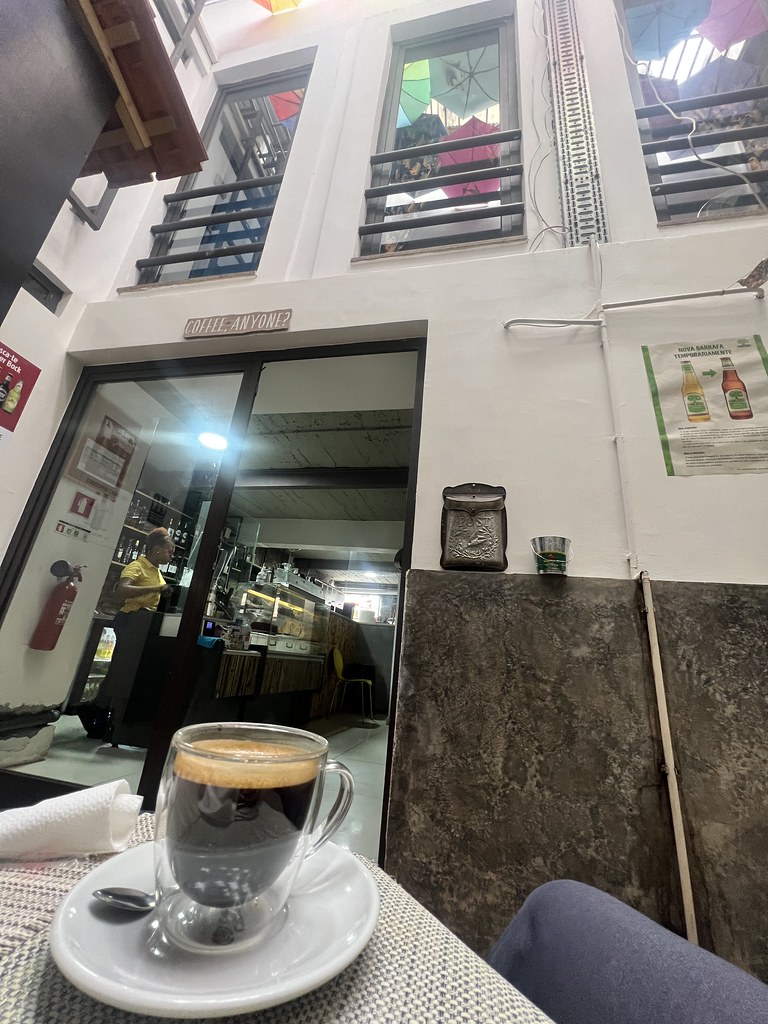 Right upstairs from the café and connected all in the same building are 2 beautiful homey studios; one seems to have a full kitchen while the other has a humungous bathroom and probably the largest I’ve ever encountered on my travels. We were helpfully selected into the latter. 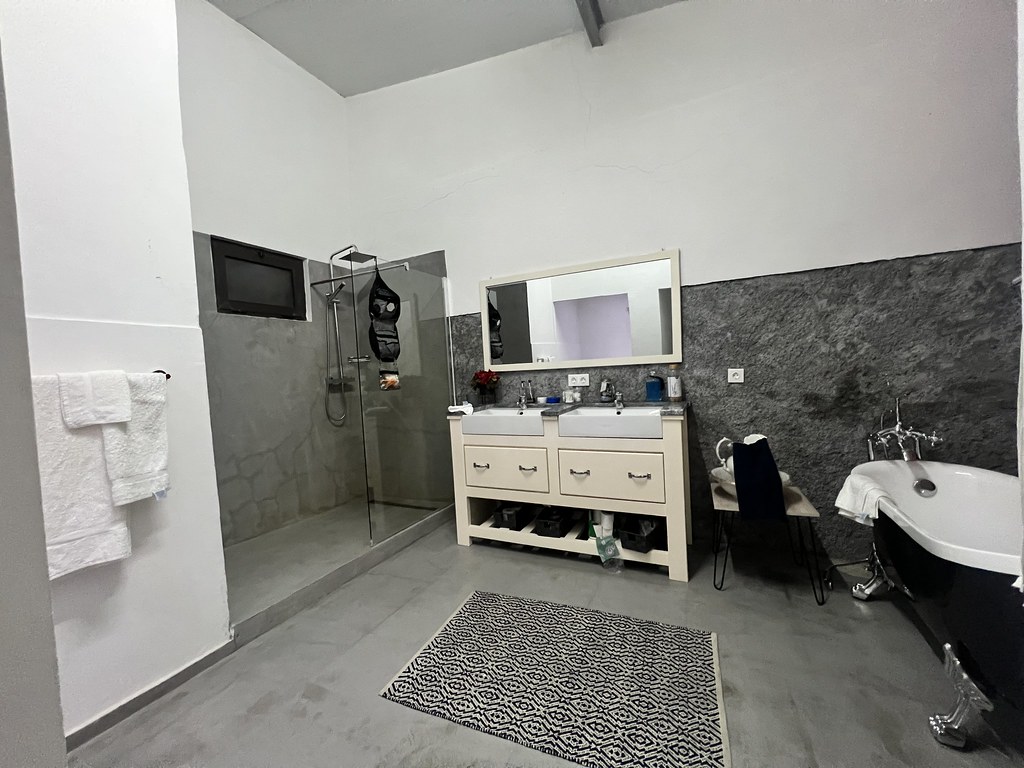 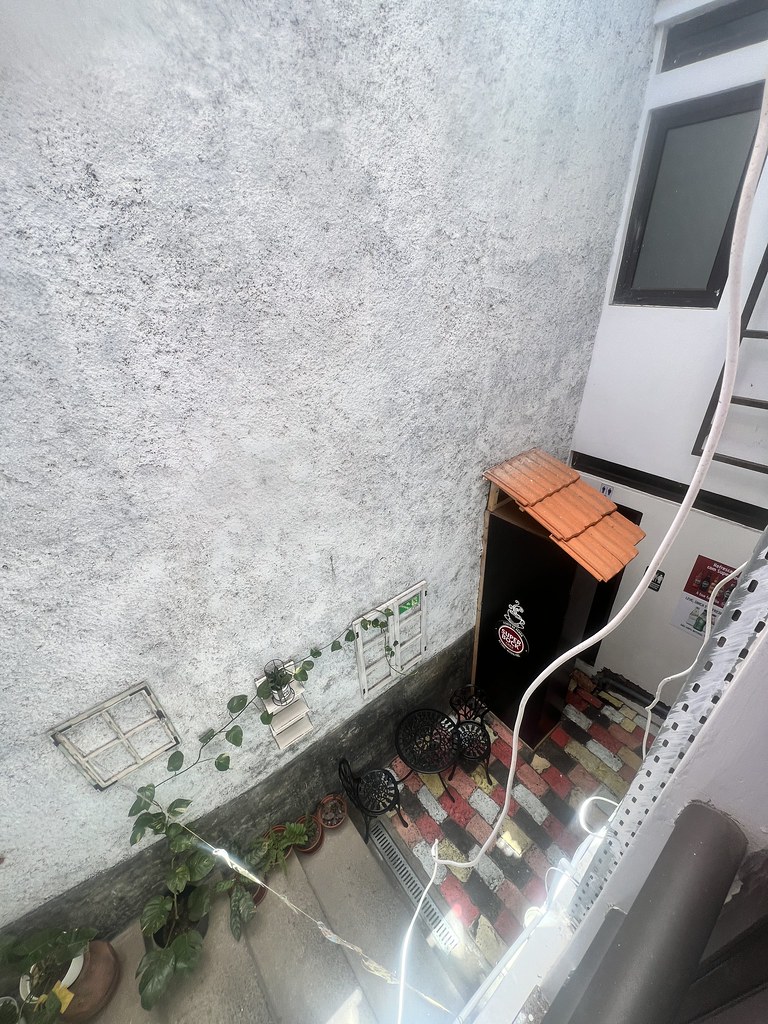 After settling in, we set off for a walk around the plateau neighborhood of Praia, ending up 10 minutes away at Bistro Noventa 90 for the town’s best BBQ dinner. Although they do their meats very well here, vegetarians will be left wanting (your best bet if you want to stay is that every meat dish comes with a healthy portion of black beans, chips, and salad). 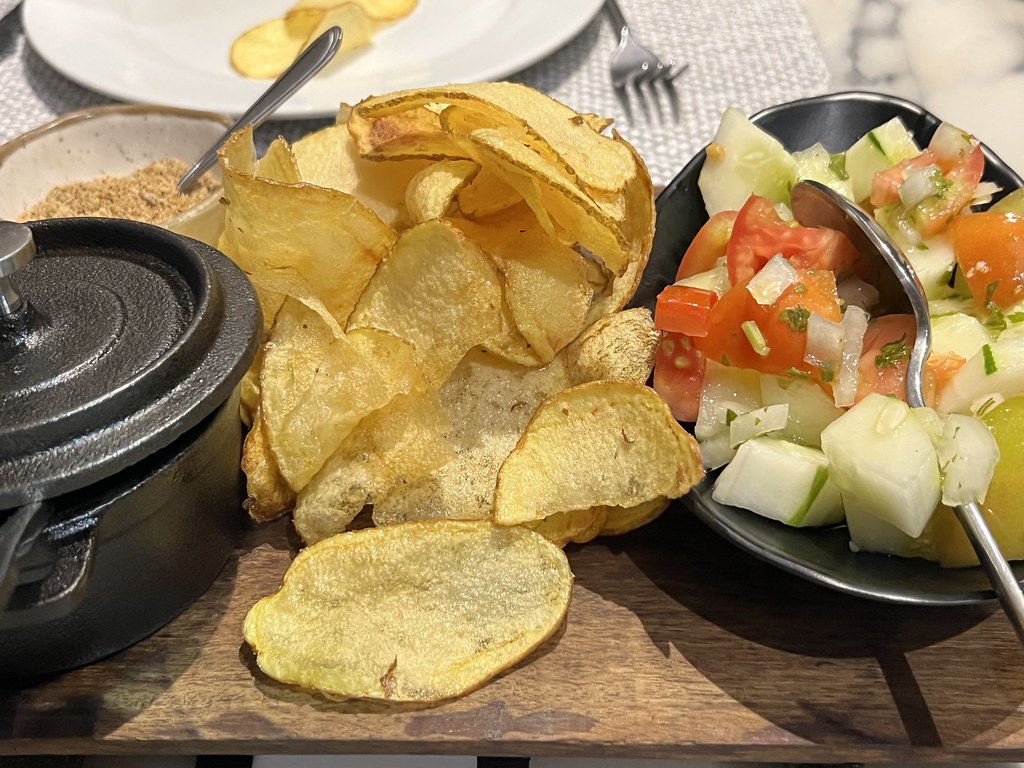 After dinner we then enjoyed another slow stroll around Praia at night, which feels very safe if you stick to Plateau. The best walk will be down the pedestrian mall of Rua 5 de Julho. 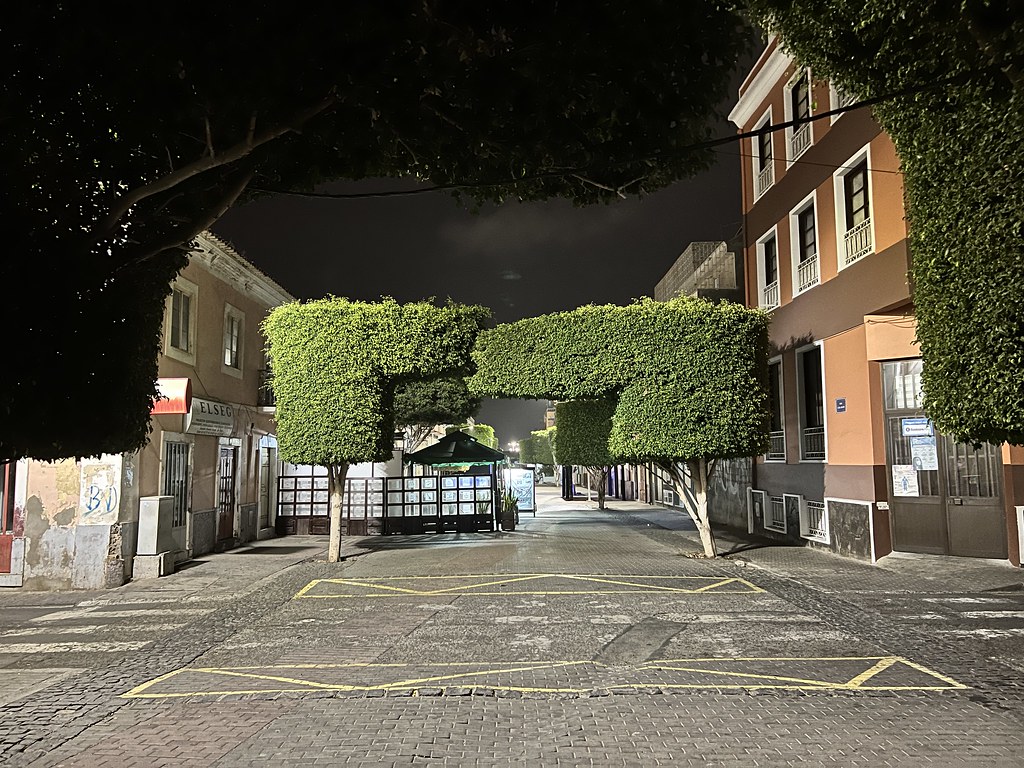 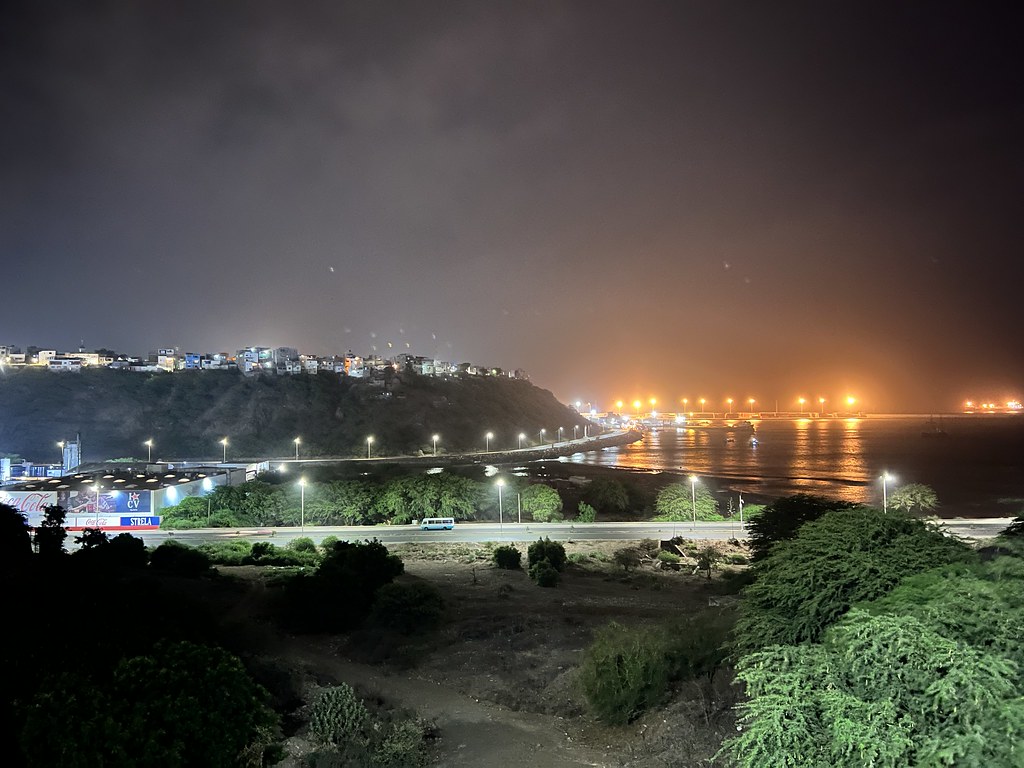 The next morning we were met after breakfast at 11am by our guide Rita (who moved here in 2018 from Lisbon, Portugal) of Bu Country Tours. She first drove us to Cidade Velha before we returned in the afternoon for a walking tour around Praia proper —

Starting off from the military base of Quartel Jaime Mota … 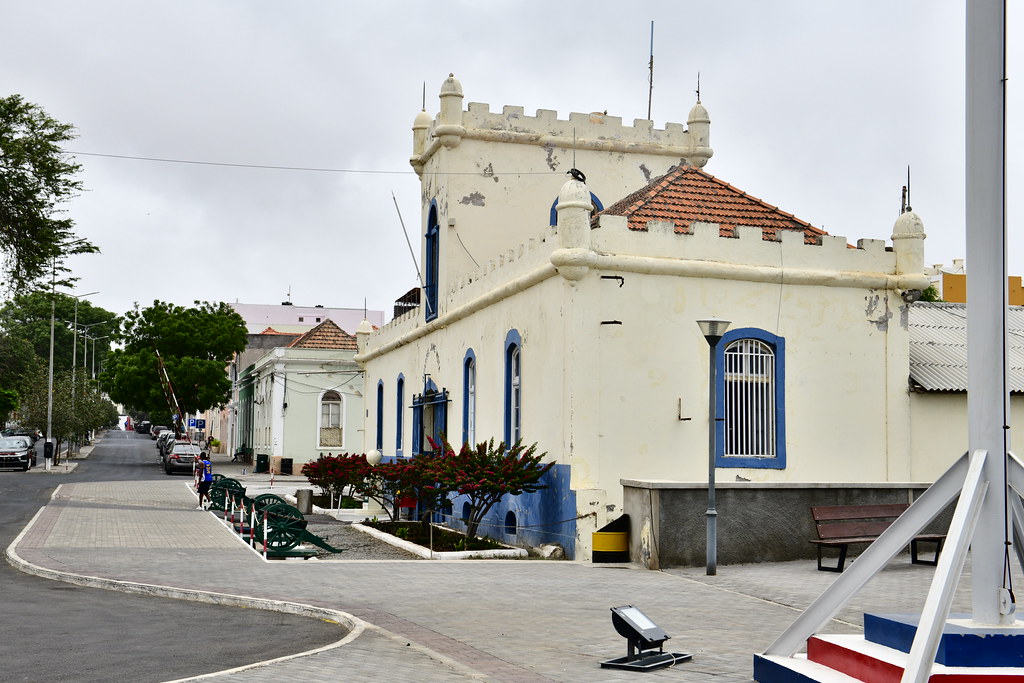 …we learned about the history of Cabo Verde politics at the Presidential Palace. 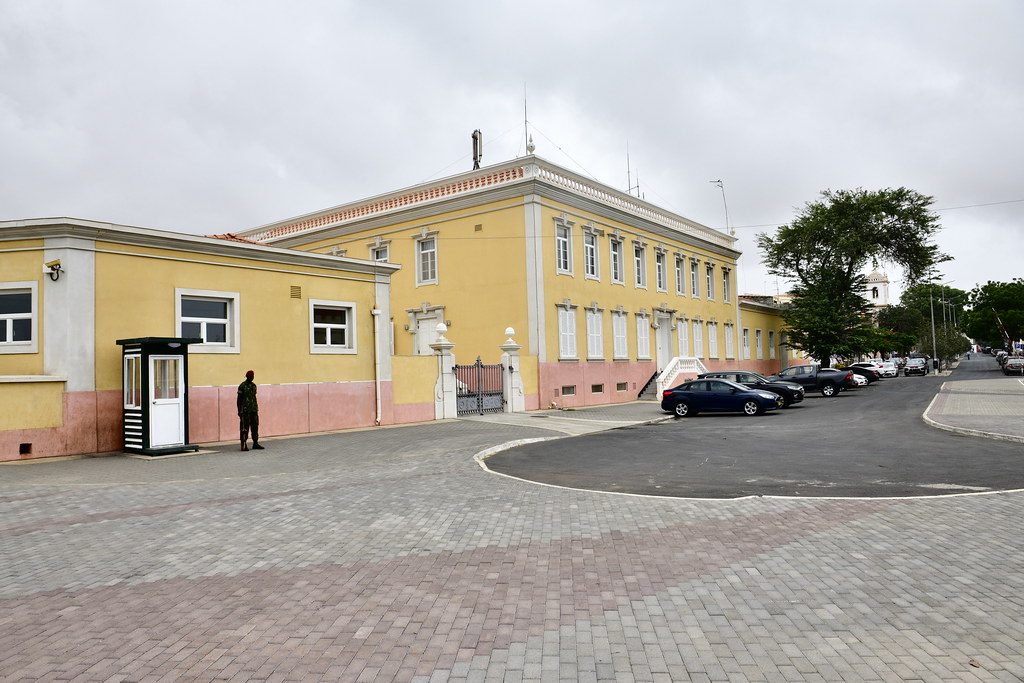 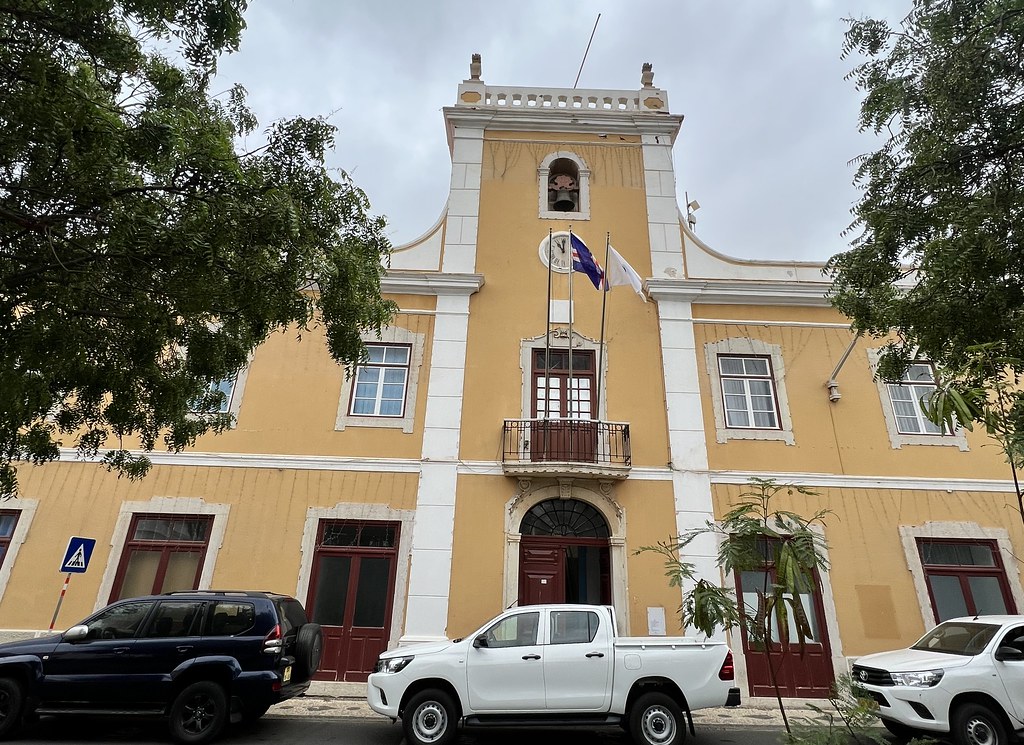 …reaching the center of city life at Praça Alexandre Albuquerque, named after the colonial Portuguese governor Alexandre Abuquerque who is said to have enjoyed playing chess here. 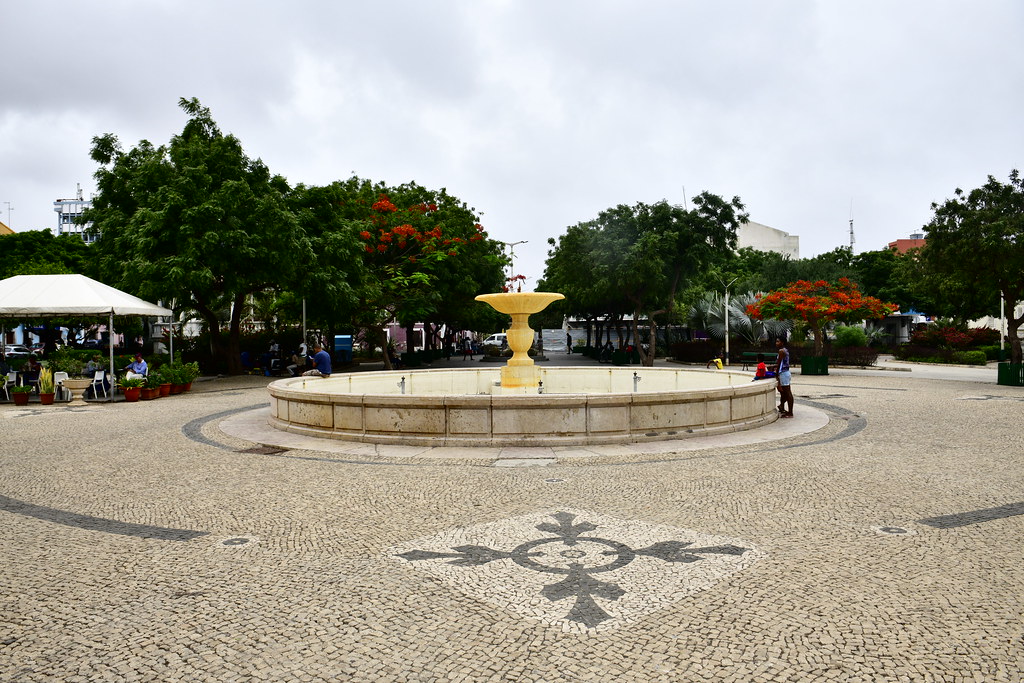 Across the street from the plaza is Church of our Lady Grace (Igreja Nossa Senhora da Graca). 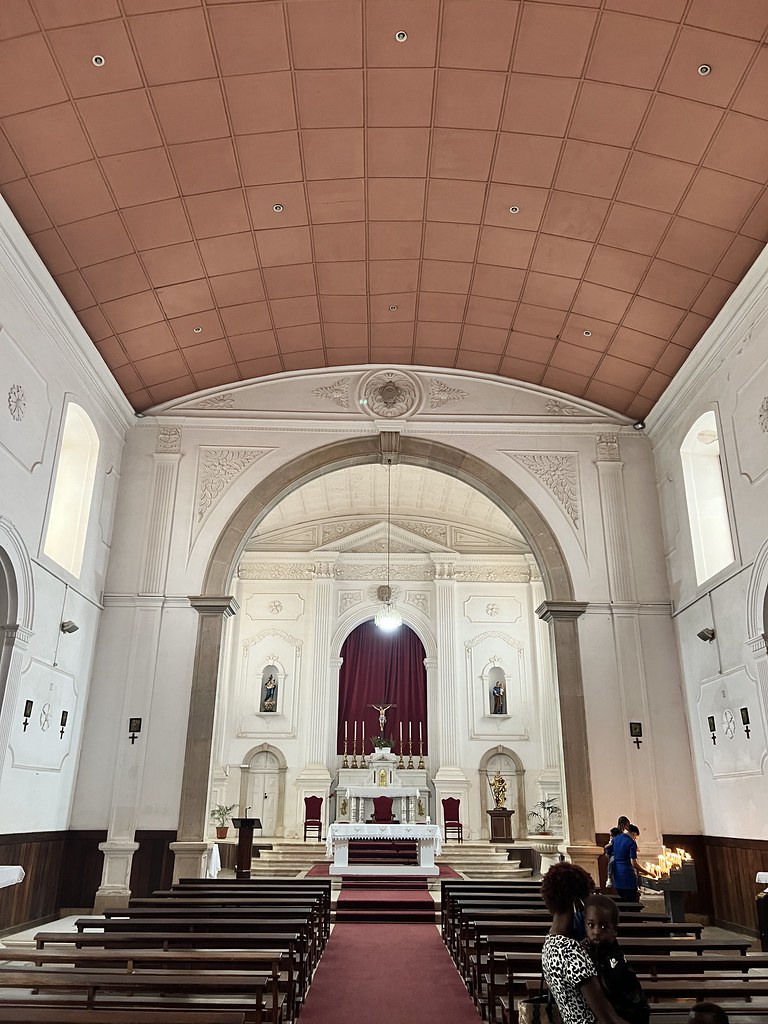 We then back headed up the pedestrian mall of Rua 5 de Julho for a visit to the Municipal Market (closed on Sundays) where we took in the everyday life of locals. 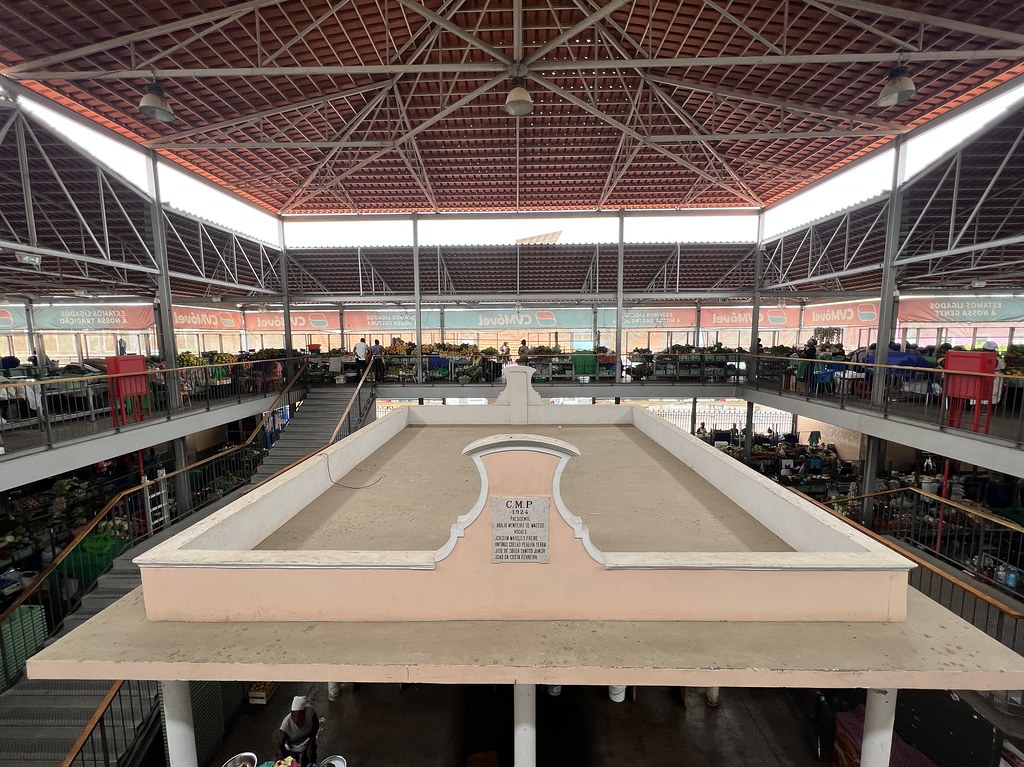 If you have time for museums, the Museu Etnográfico da Praia may be worth a stop, as well as the Palácio da Cultura Ildo Lobo for live music and local art exhibitions. 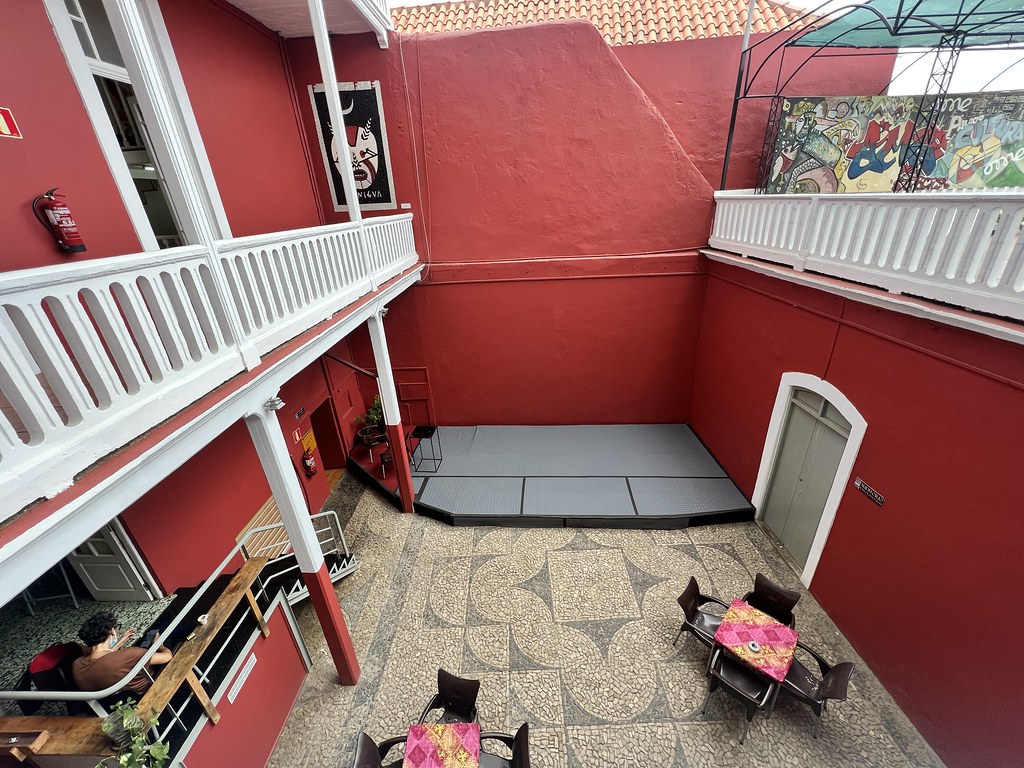 Or head up to their balcony for their views of the rest of Praia from plateau:

If you venture past plateau north toward the neighborhood of Fazenda, head down the stairs to stroll around Sucupira Market, where literally anything a local Cape Verdian would want is sold here. 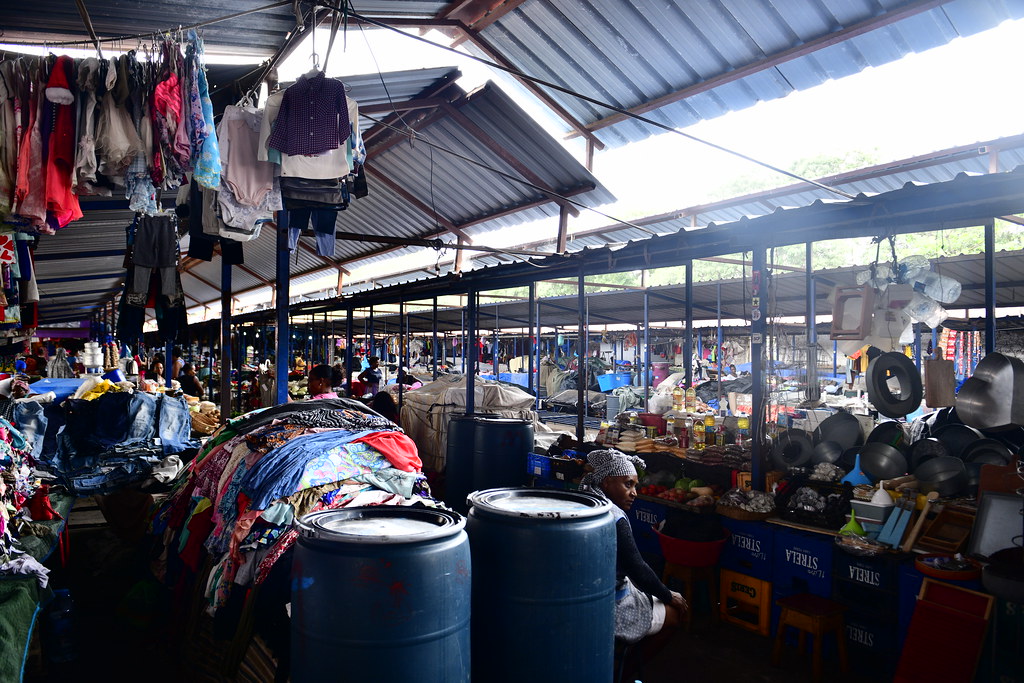 We then walked back for some gelato mixes at local favorite Ice Love You before calling it a day relaxing back at Techas Place for afternoon naps and dinner.

And speaking of food, Techas Place is my favorite for breakfast — 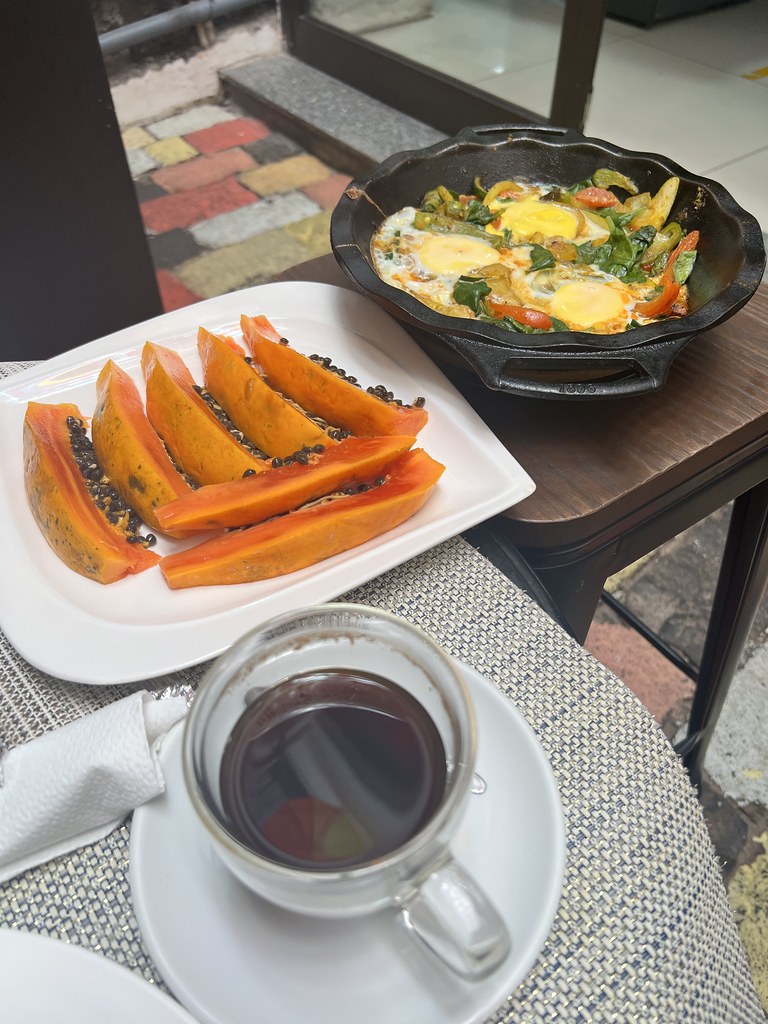 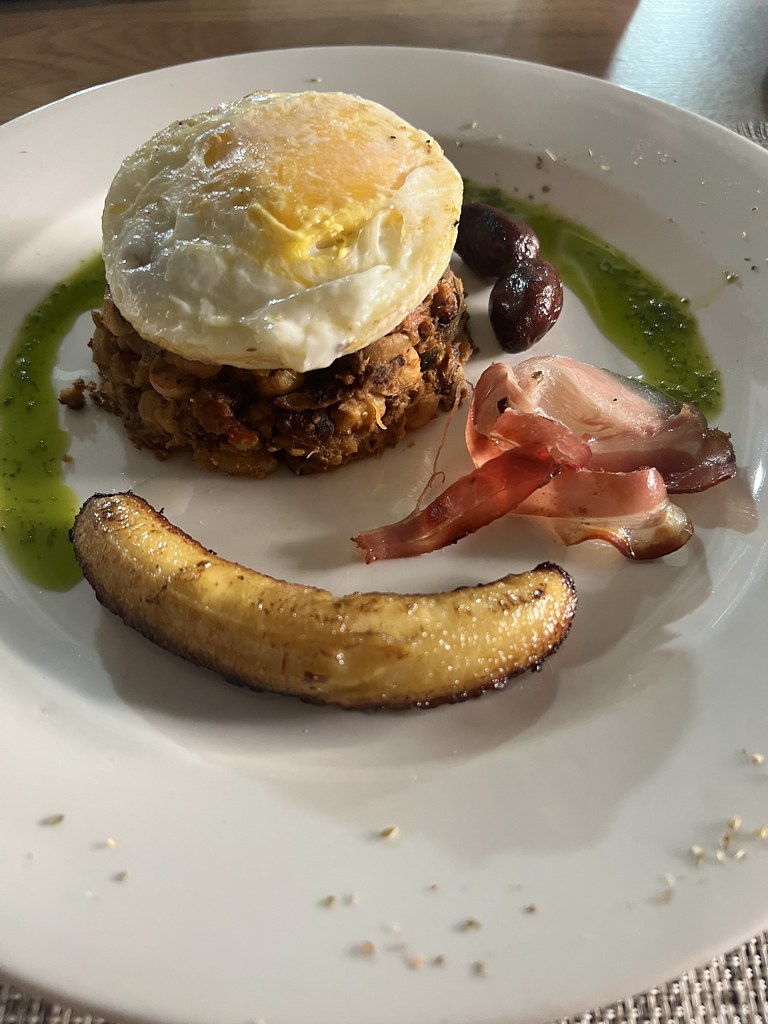 Those of you who want the original soupy one can dine at nearby Kasa Kaxupa about a 5 minute’s walk away, arguably the best in the city. However, my favorite of the 3 was at Quintal da Música.

Pro-tip: Book a reservation a day ahead (or morning of) for dinner there for 8:30pm-11:30pm on Tuesdays and Thursdays; they offer live Cape Verdean music that you can’t miss while you’re here. 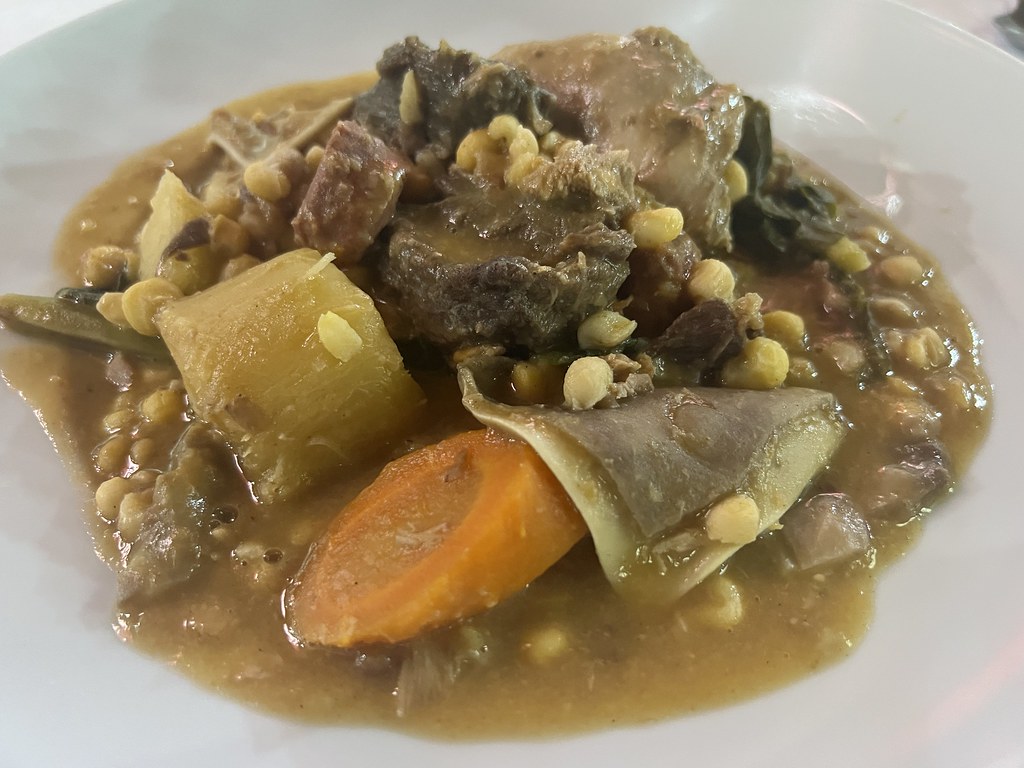 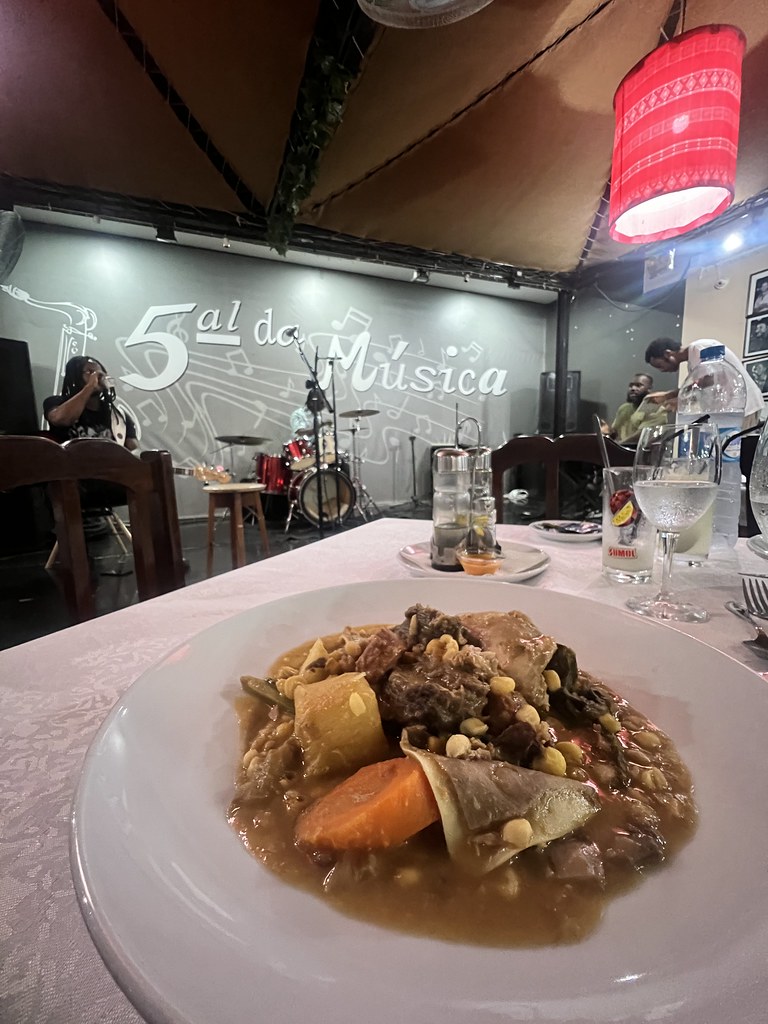