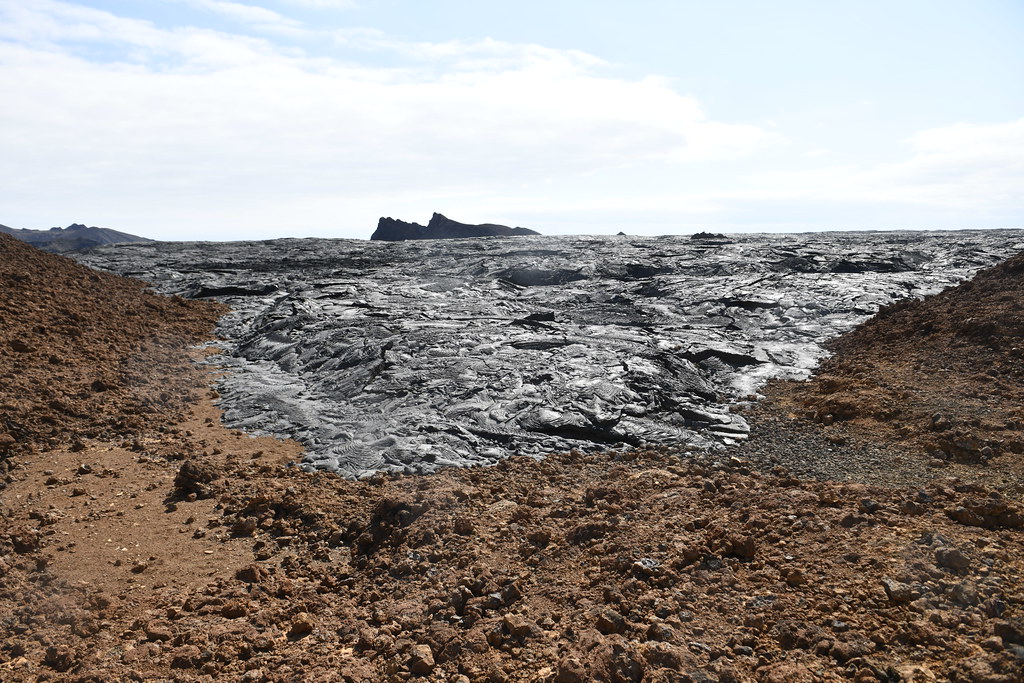 For our fourth and last full day in the Galápagos, we arrived at Sullivan Bay on the eastern coast of Santiago Island. 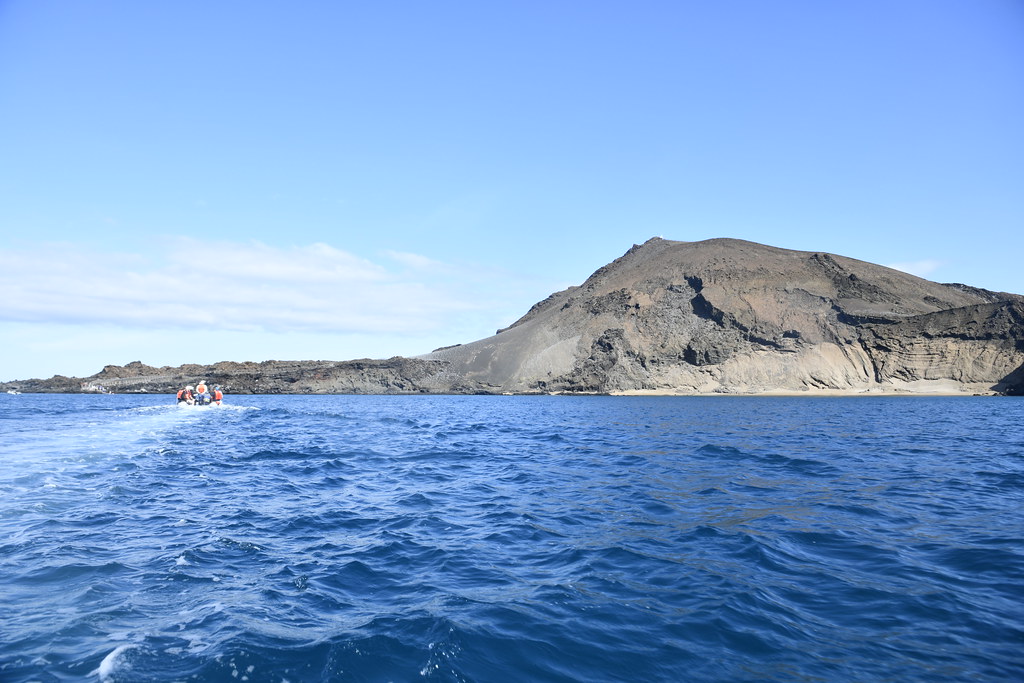 Here we took a break from all the fearless wildlife and focused instead on the lesser known geology and volcanic origins of the Galápagos. 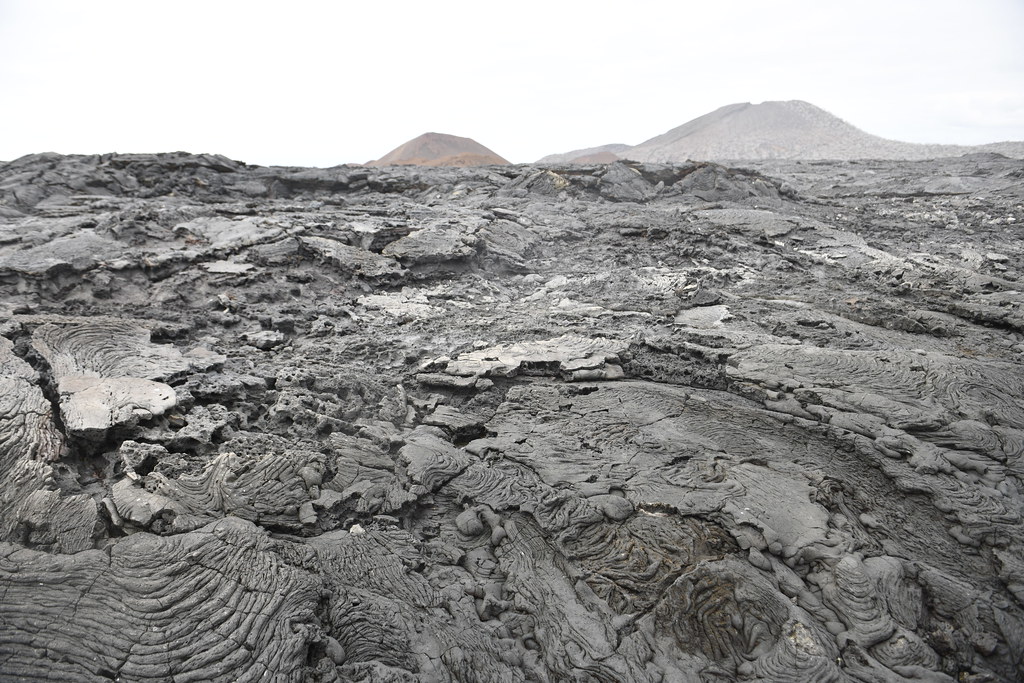 There is little vegetation and hence even less wildlife here since its eerie barren landscape was formed only 150 years ago. Nevertheless, this part of Santiago island boasts a unique beauty of its own. 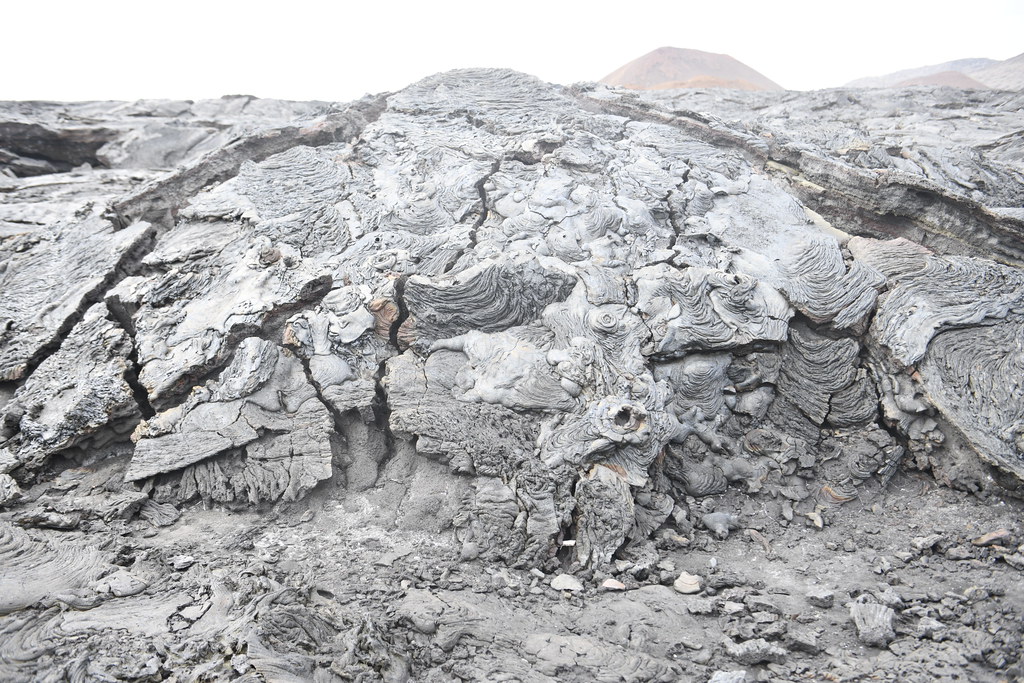 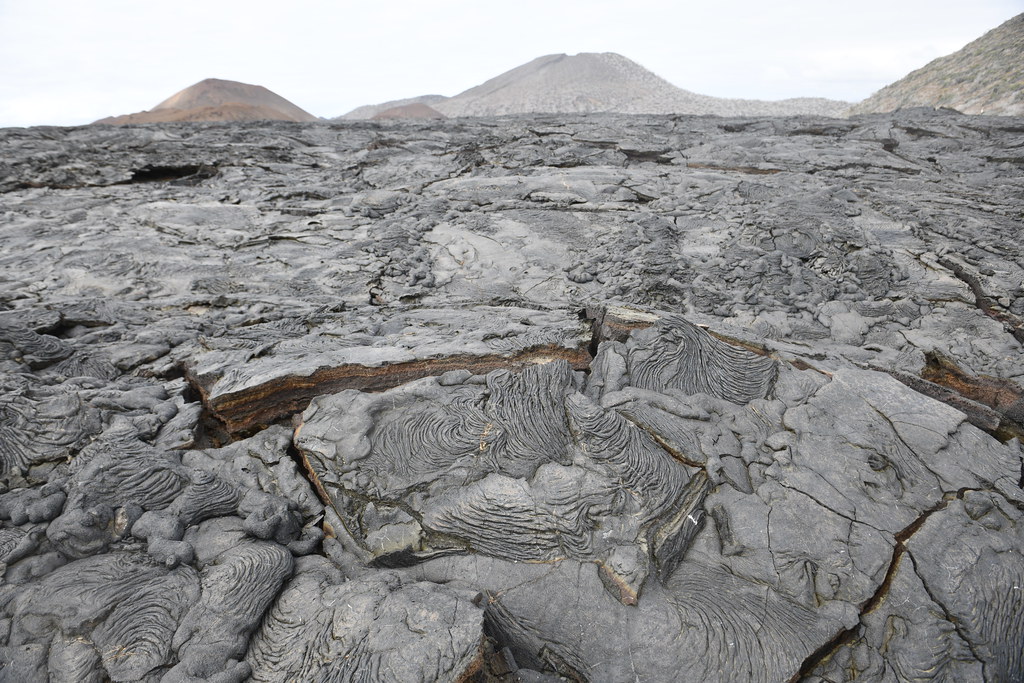 On the “hiking trail” we walked along lava that had once bubbled up from the ground after an eruption, flowing and then eventually solidifying in the second half of the 18th century. 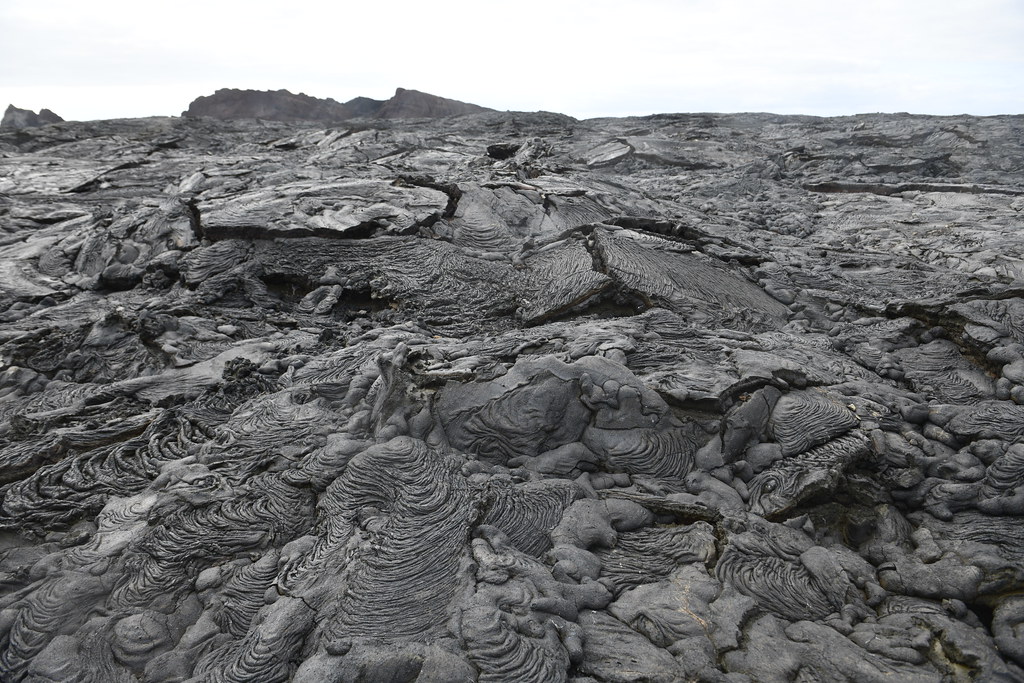 Highly recommend sturdy shoes for walking on these lava fields. I saw an island rife with ankle-twist potential everywhere. 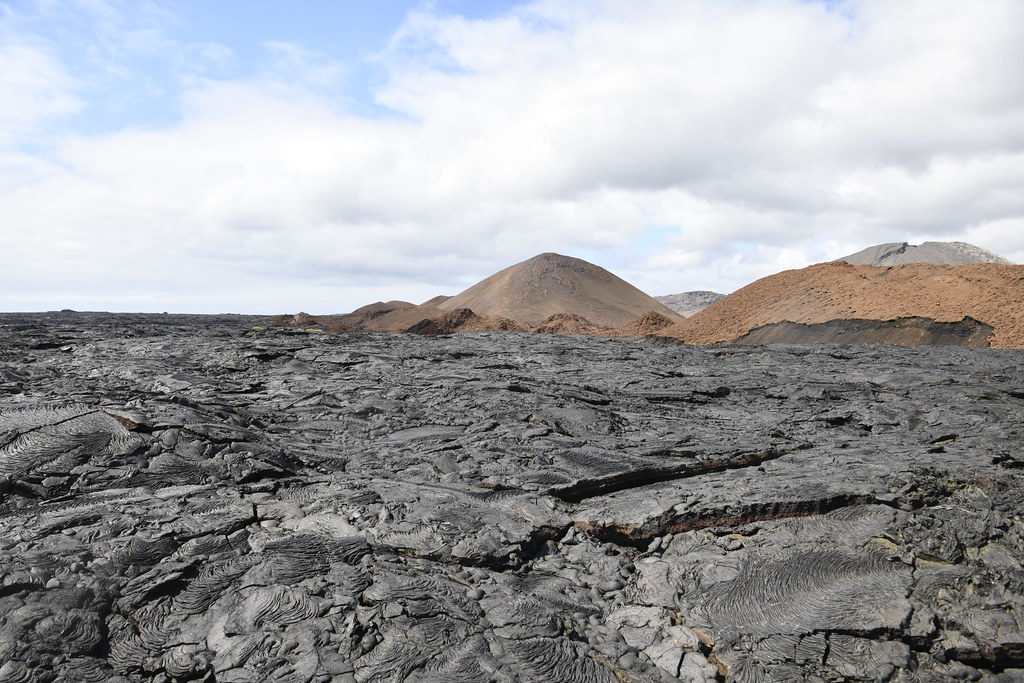 Our group then laid down for a few minutes as if we were channeling some kind of Gaia energy retained within the magma. 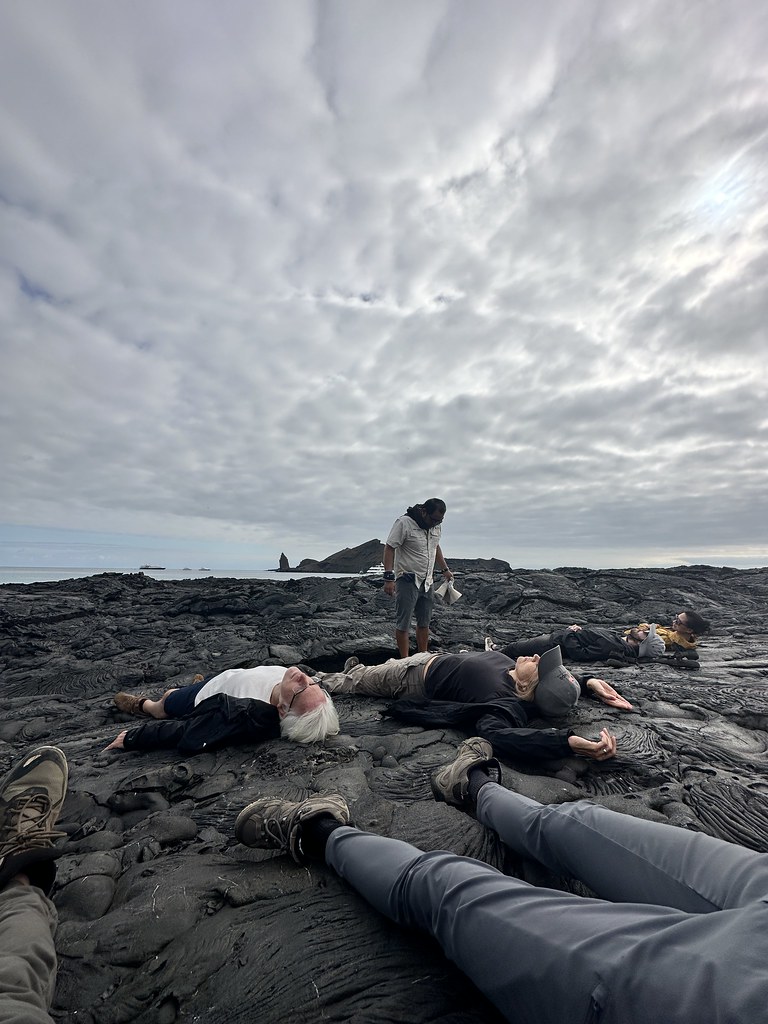 The landscape here might as well be the surface of Mars…the moon…[insert random figurative non-Earth planetary object here]. 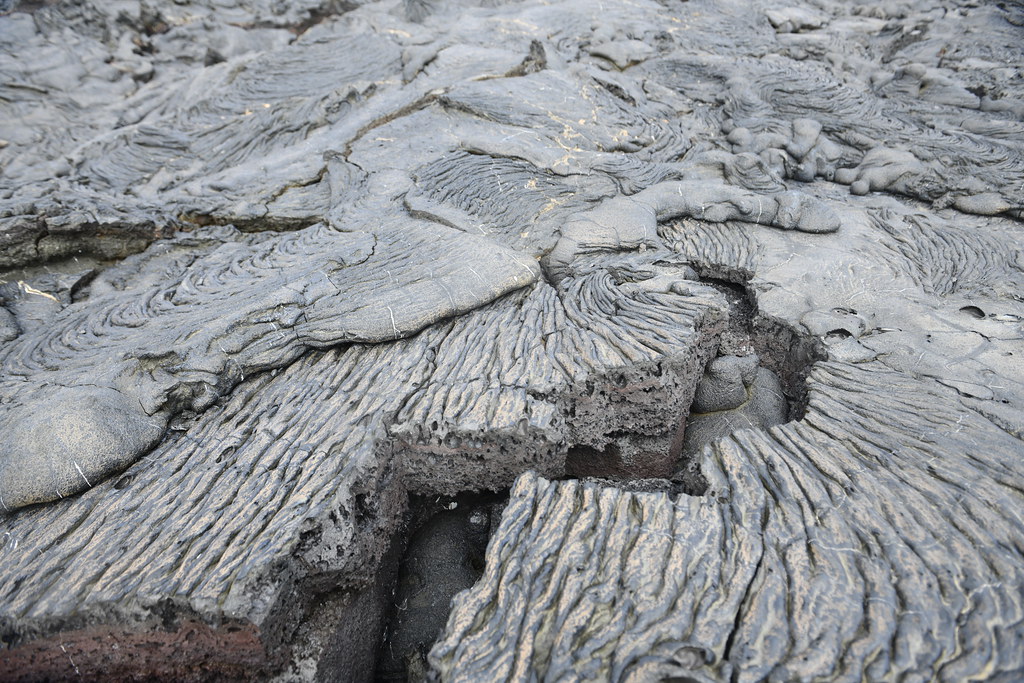 As the trail moves inland, the textures and colors change with much older lava fields. 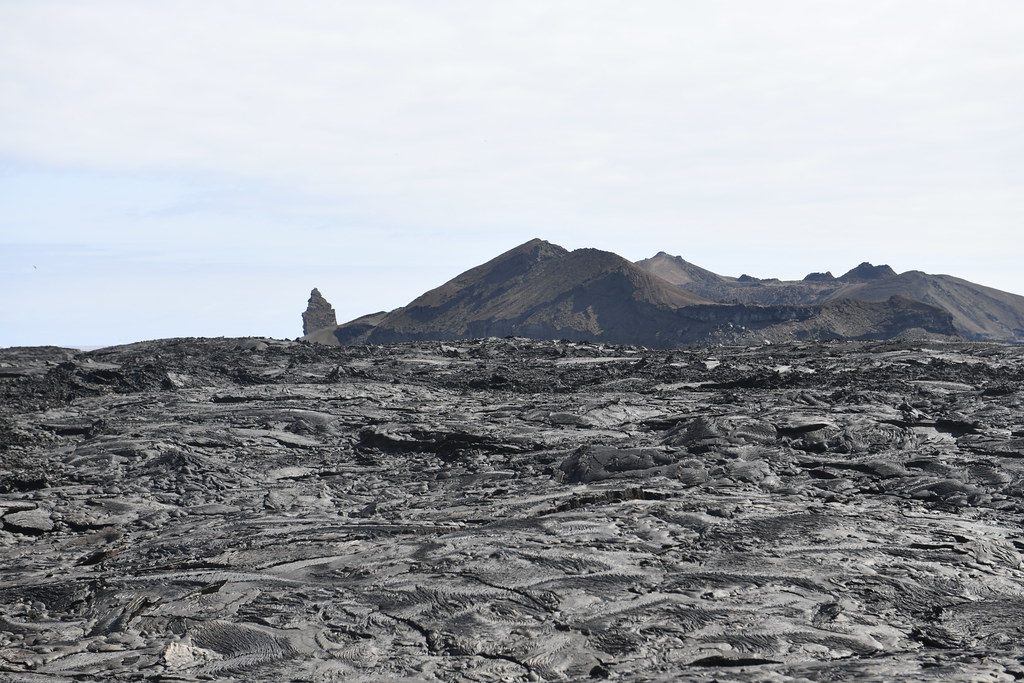 You can even see what appears to be a “lava river” that got as far as it could before it cooled down. 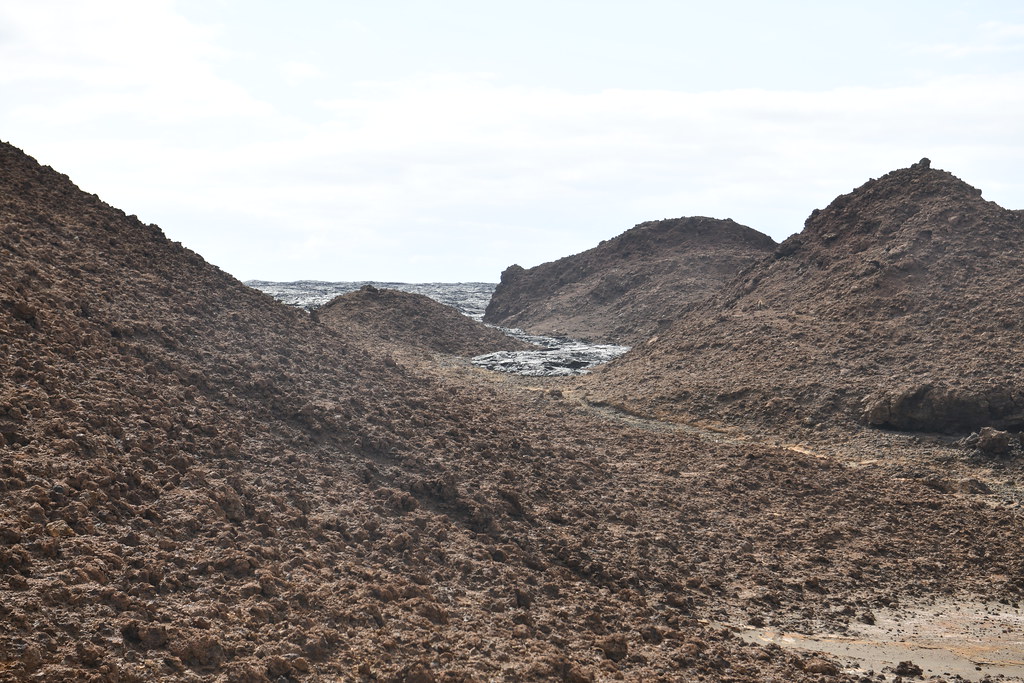 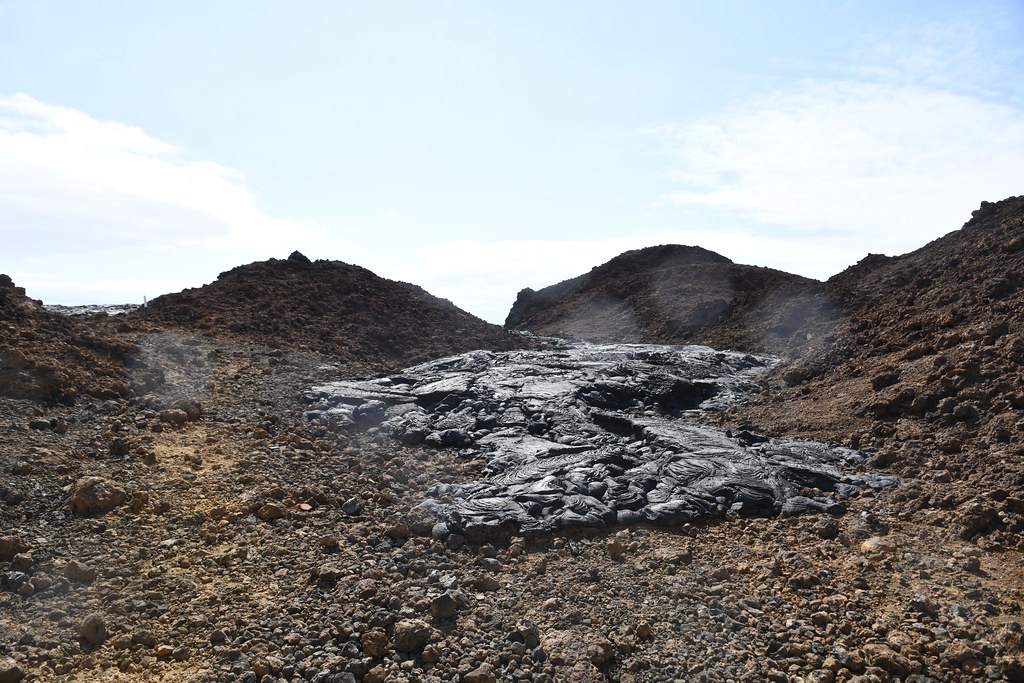 Here we start to see signs of nature beginning to colonize “new land.” The small green plants that have started to grow in the cracks and crevices are called Mollugo. 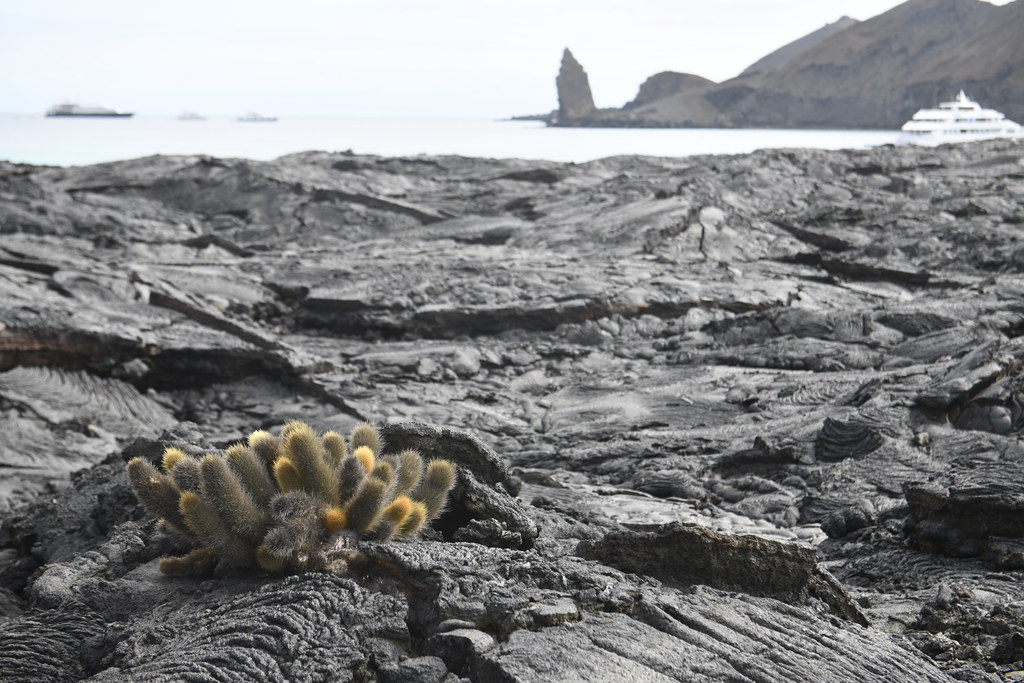 Our group was then lauded by our naturalist Renny for being the most active and youngest he’s ever led in recent memory, as we somehow made it further inland than any tour group he’s had before.

After about 2 hours here we then turned back to change into our wetsuits for another snorkel session to visit the underwater caves and rocks in the area. 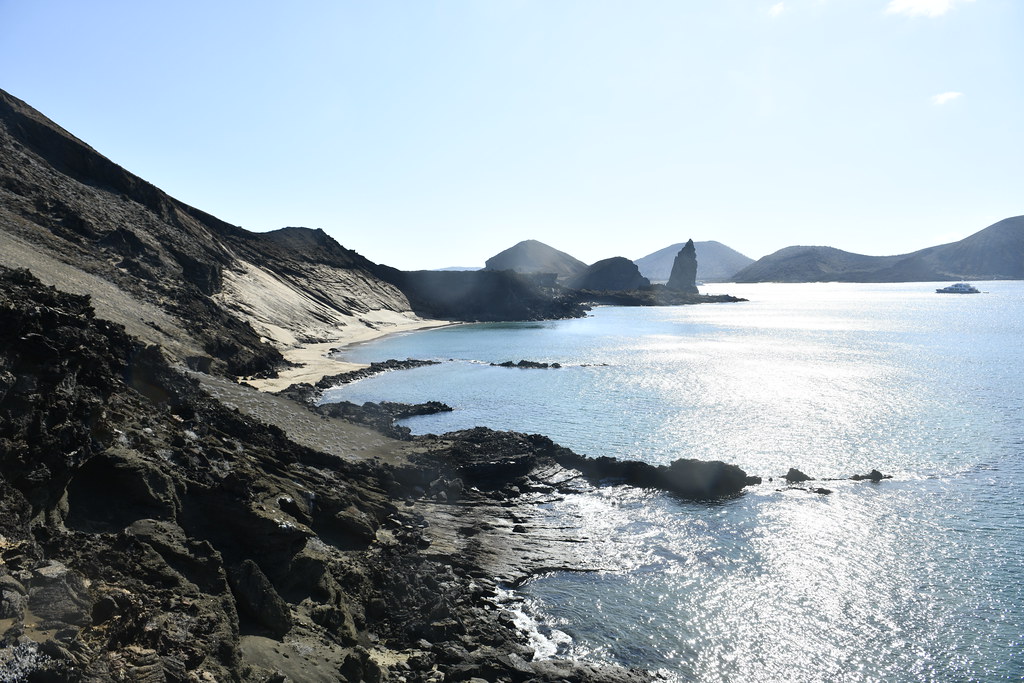 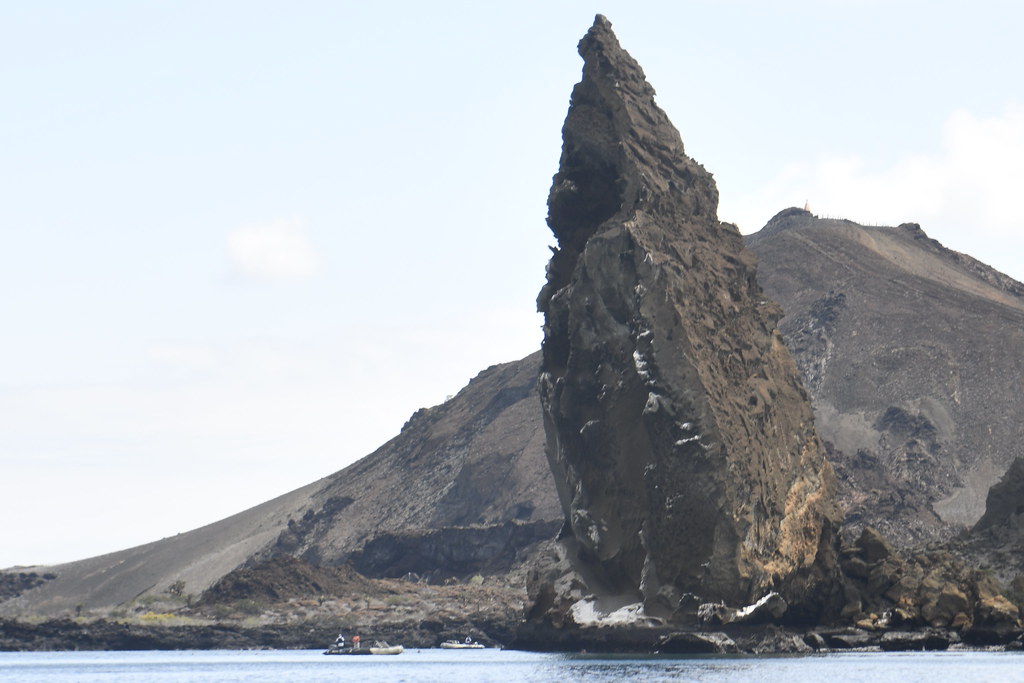 We went for 2 snorkel sessions today, during which we swam with a shark, a few rays and countless tropical fish. 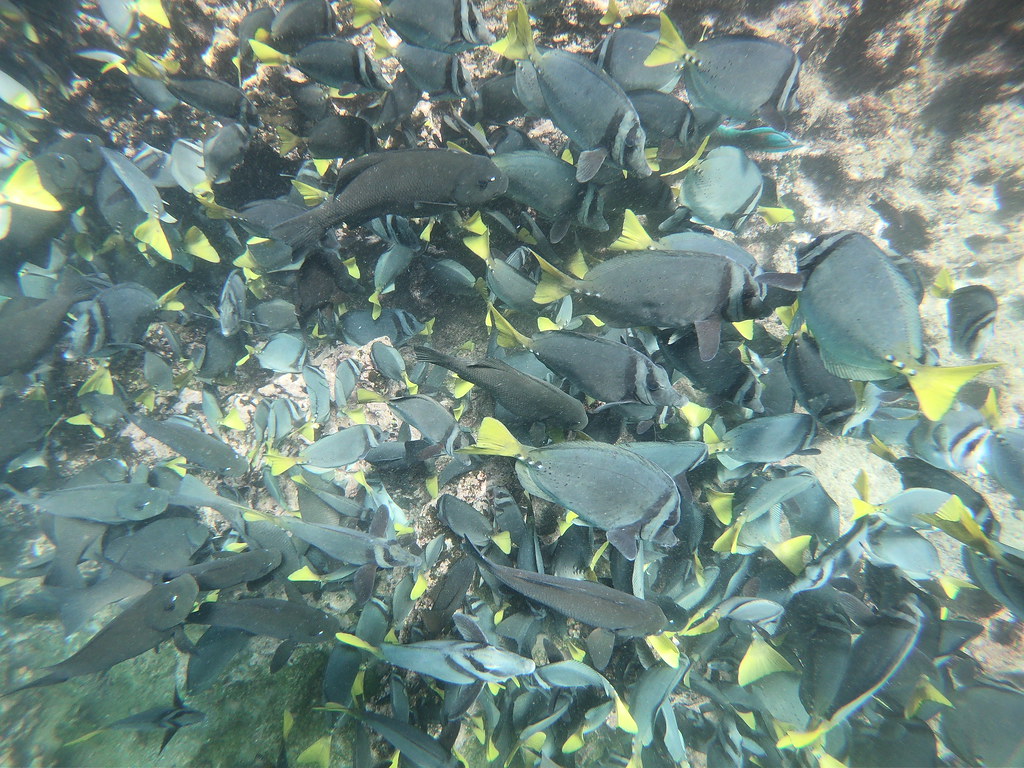 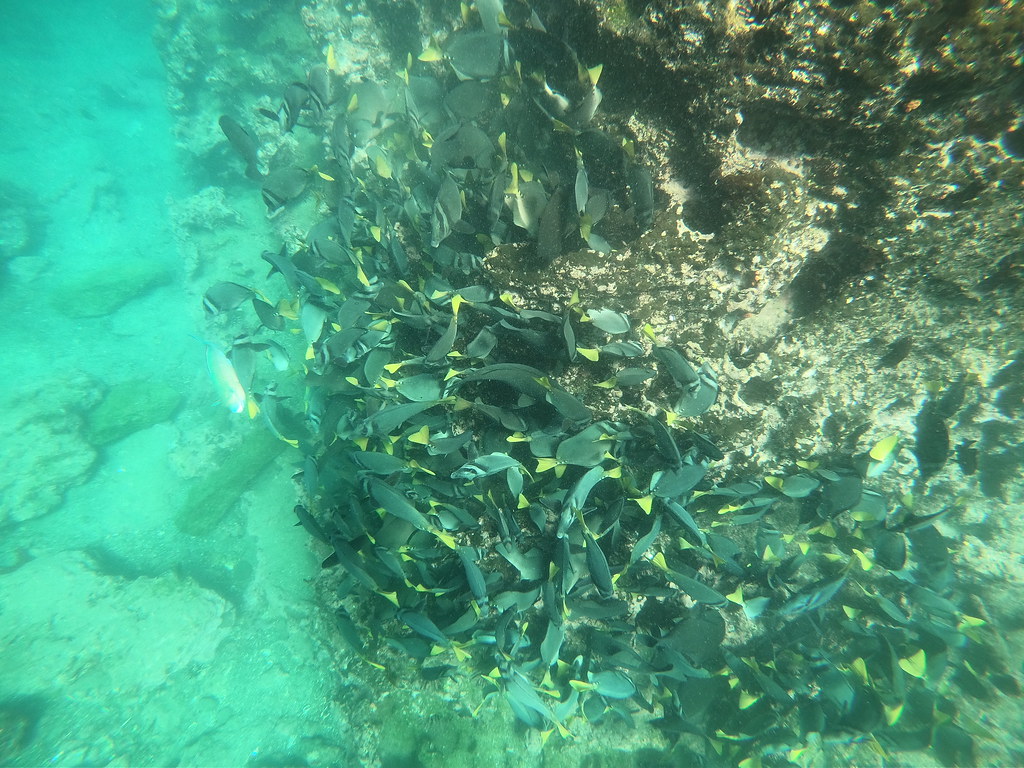 And to everyone’s glee, the Galápagos Penguins also jumped in to swim along with us! 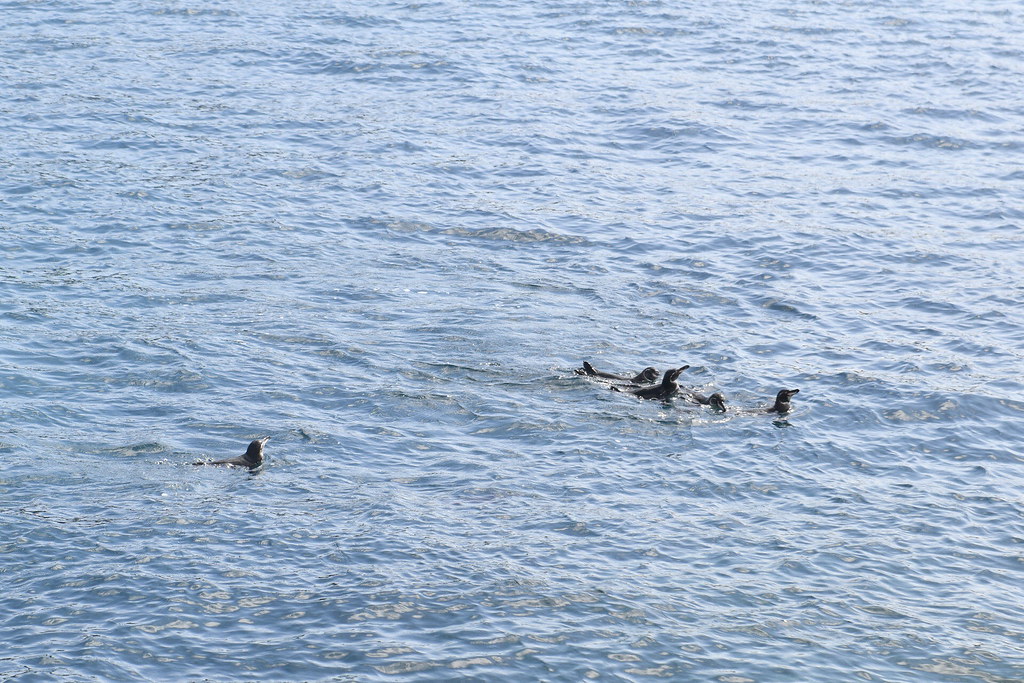 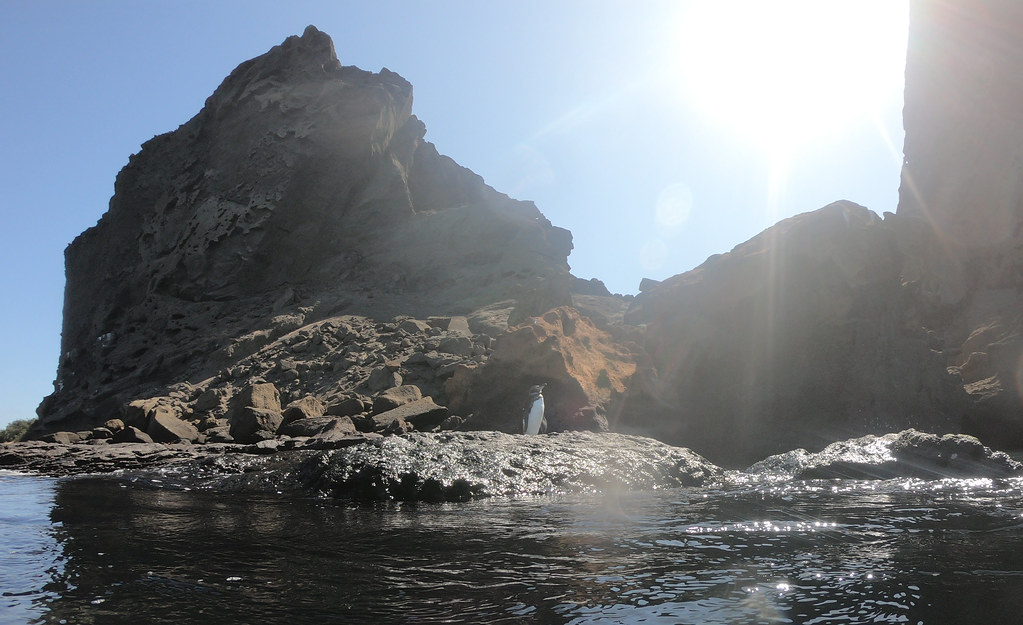 After 2 separate snorkeling sessions from the dinghies, we then enjoyed one more 2 hour siesta before arriving at Bartolomé island, right off the eastern coast of Santiago and the most popular site for Galápagos visitors; its iconic scenery is the most photographed in the whole archipelago. 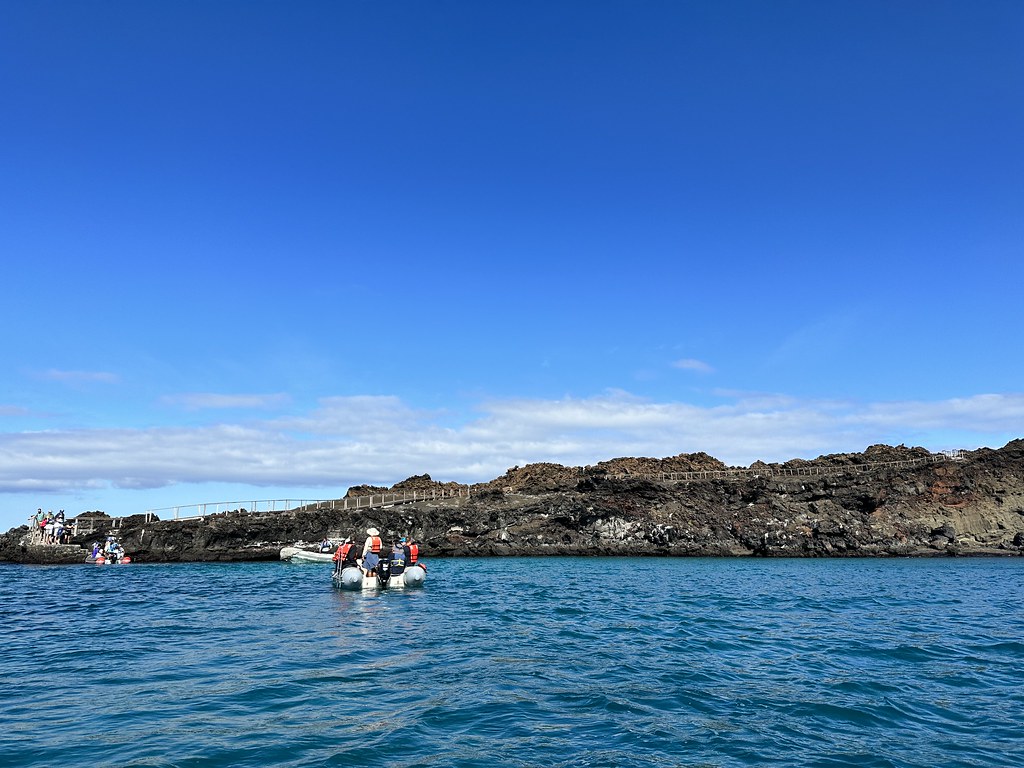 Starting our walk, we landed in the small bay opposite the famous Pinnacle Rock. 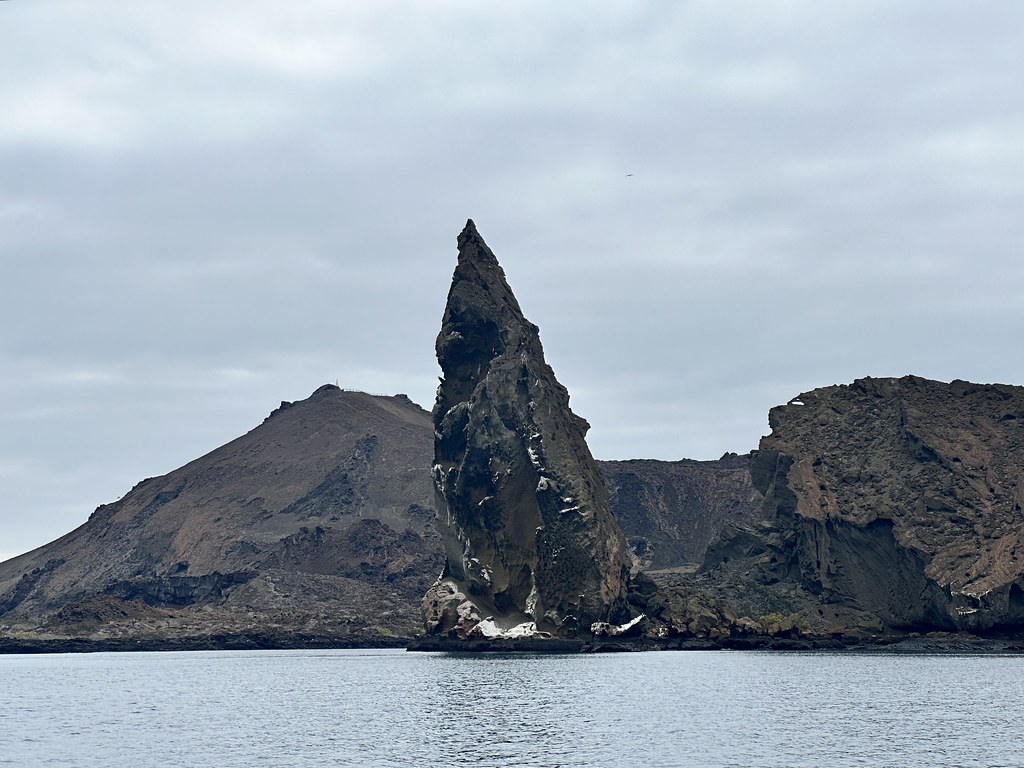 We then climbed the peak of Bartholomew at 375 feet high. On the way up, you can recognize the varied volcanic formations evident on the island, such as tuff cones and volcanic spatter. 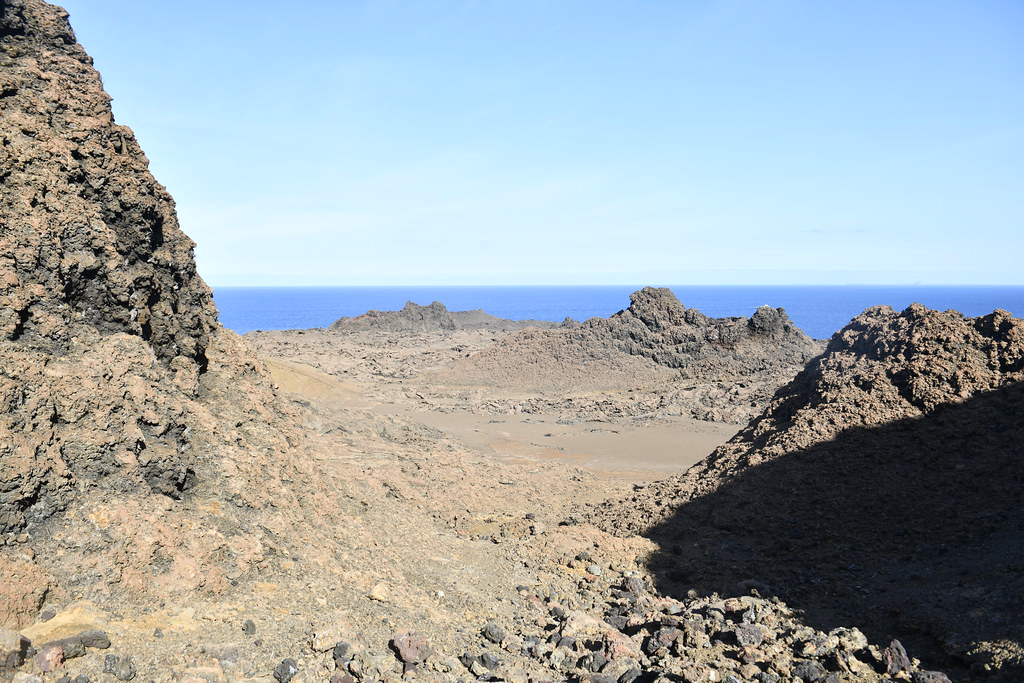 You’ll also see some remarkable examples of the Galápagos’ ability to highlight the adaptation of species; dead appearing bushes are actually very much alive, with special grey hairs acting as “leaves” that reflect the sun and reduce moisture loss for the plants. 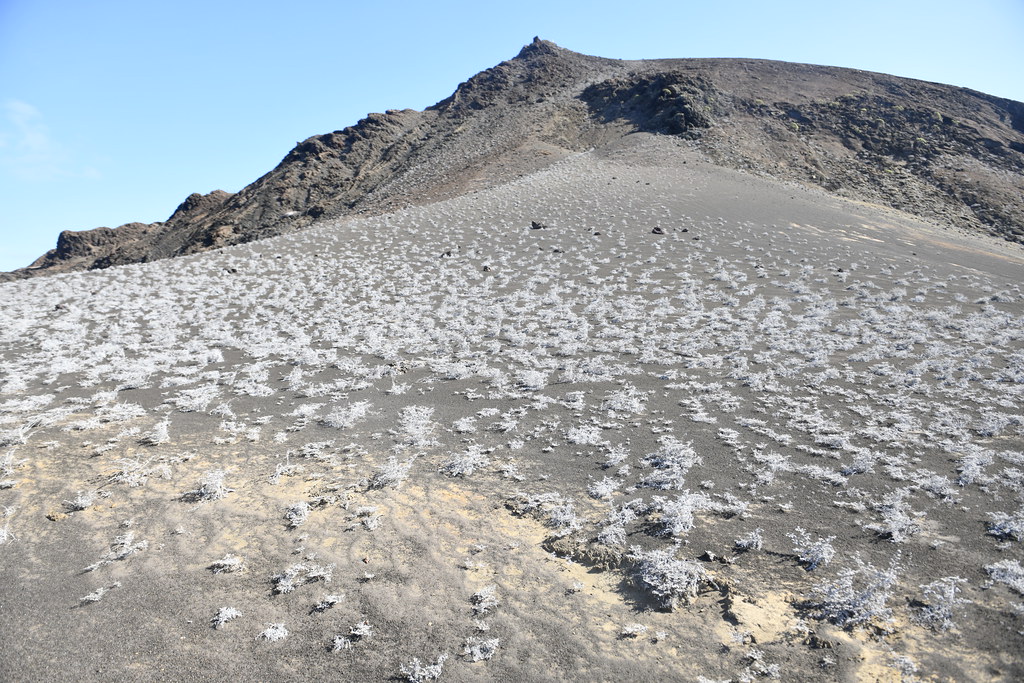 We climbed about 400 steps up half a mile trail along a series of wooden steps built by the National Park Service to protect the ground from tourist erosion.

The wobbly railings leave much to be desired, so don’t trust resting your weight on them. 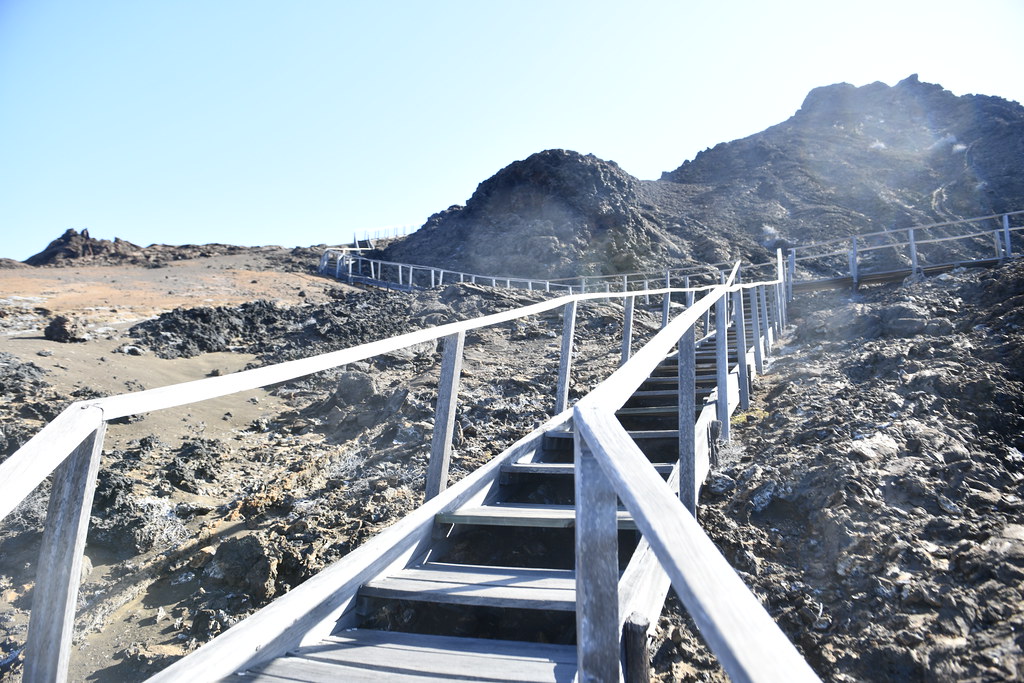 When you arrive at the top of island: 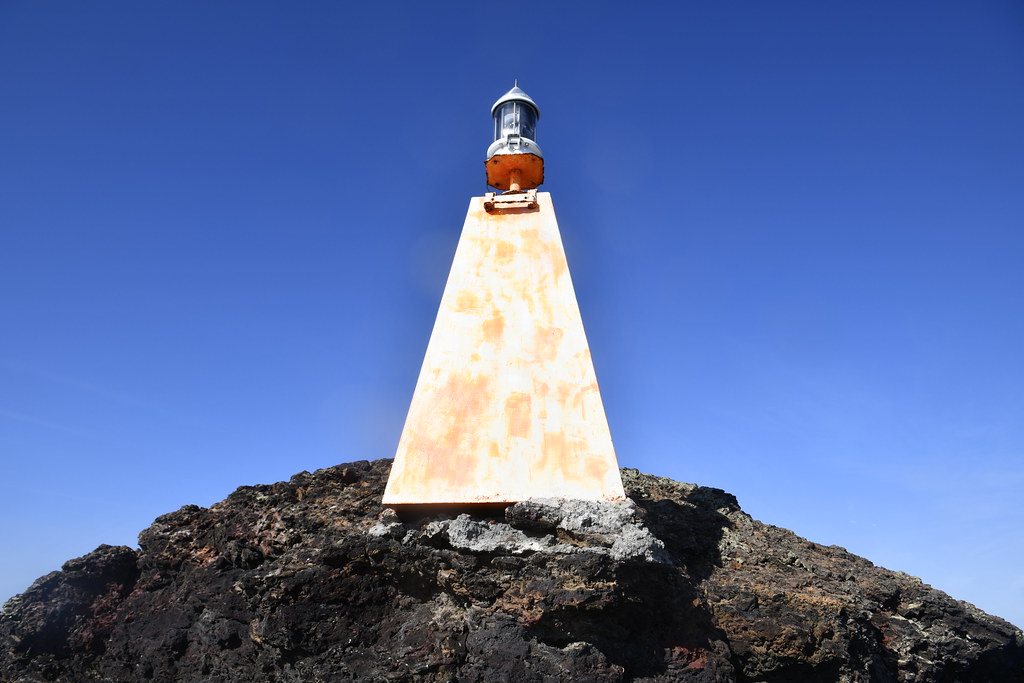 From here you can see Pinnacle Rock, the huge black lava flows of Sullivan Bay, the islands of Daphne Major and Daphne Minor, and old craters of past volcanic eruptions. 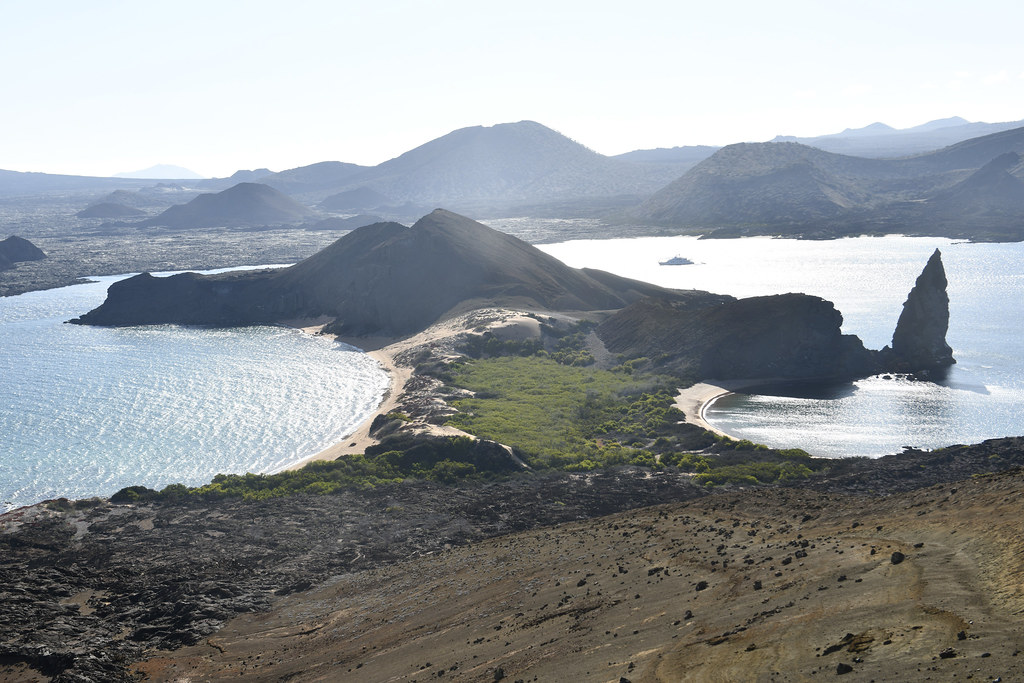 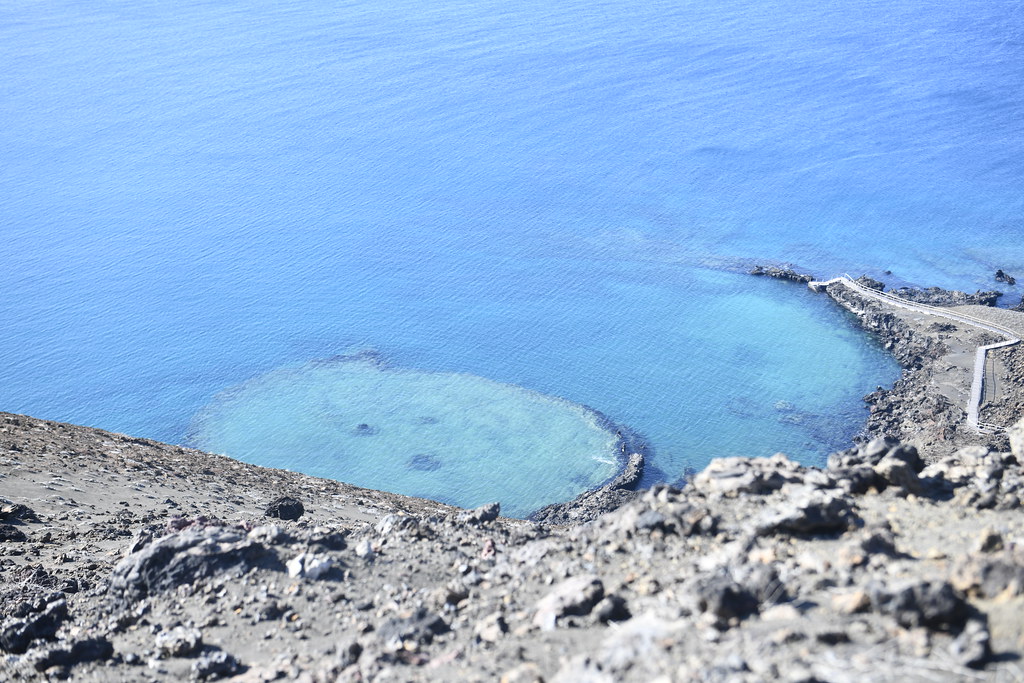 We then headed back down and to the boat for a speedy sail back to Baltra Island, before ending with dinner and farewell cocktails with the ship staff.