On our last morning and right before our 11am flights back to Guayaquil and Quito, we woke up at an early 6am call for a quick last minute morning visit to North Seymour: An island formed at the same time and by the same process – an uplifting of undersea lava – as neighboring Baltra Island. 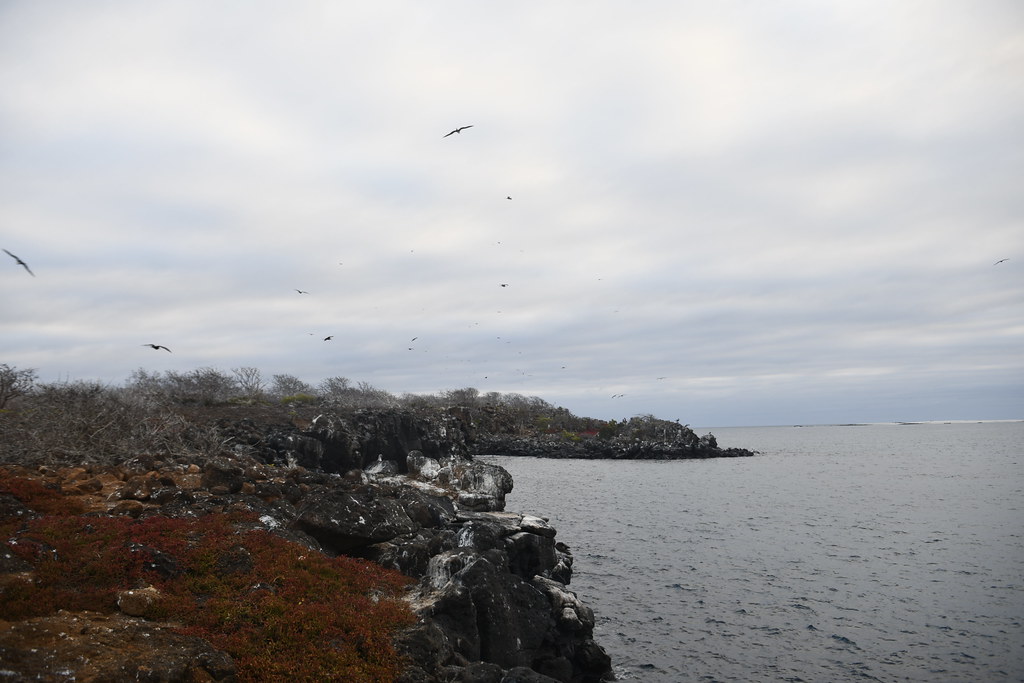 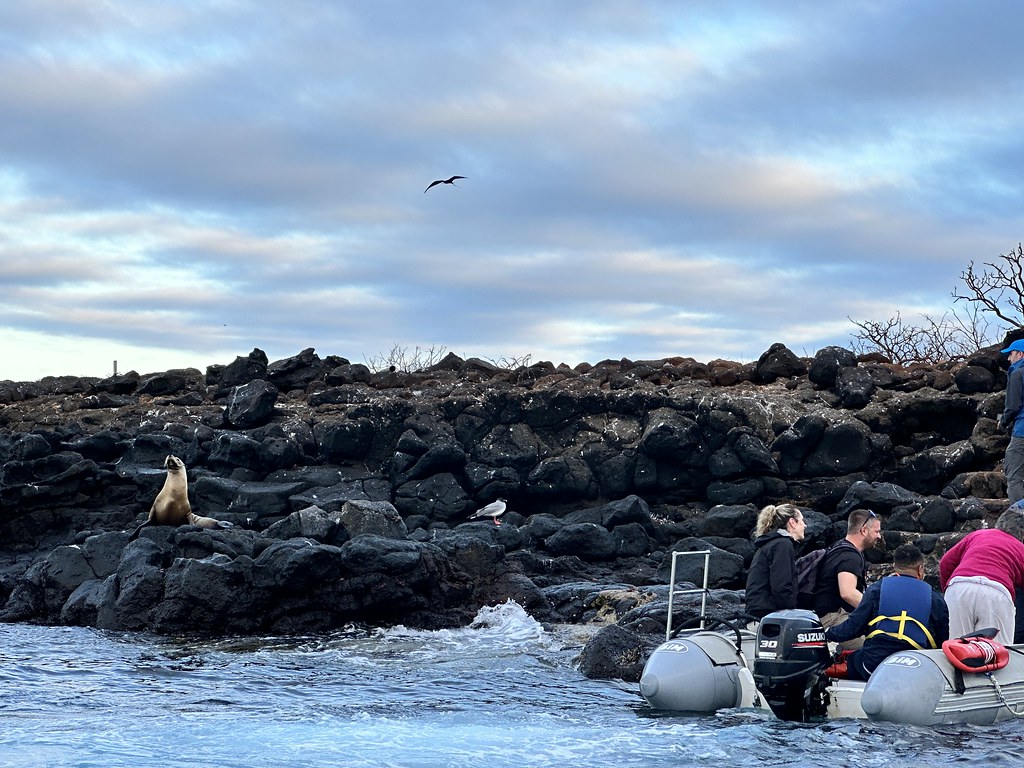 This small, flat island has hiking trails throughout, allowing us to comfortably walk around the arid landscape. 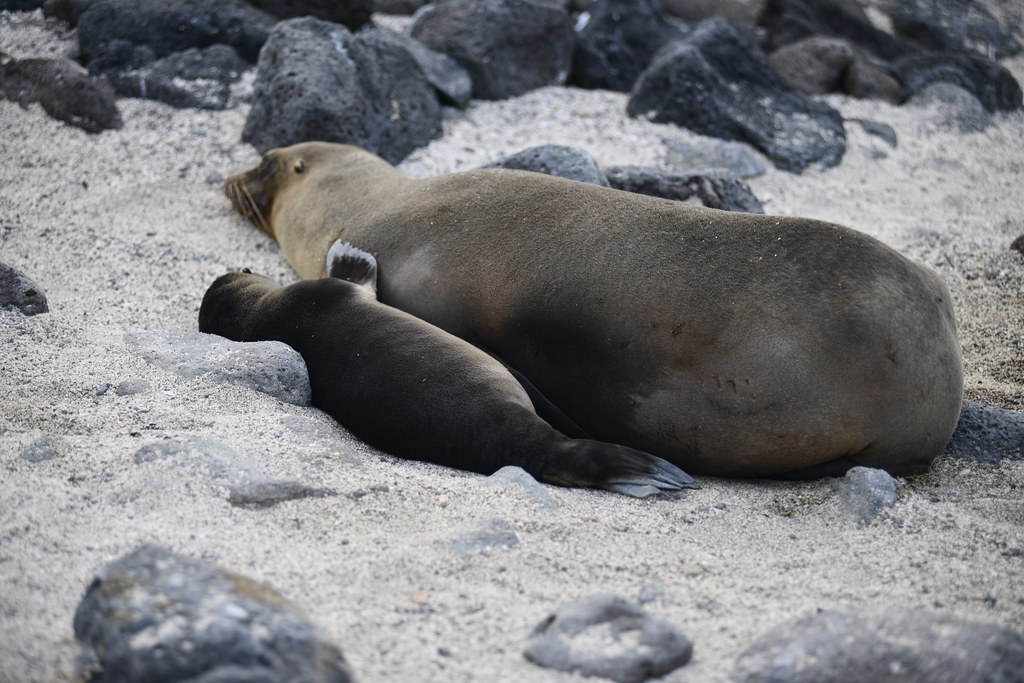 Many seabirds here call North Seymour home, including the Galápagos frigate bird with their red gular pouches that the males inflate to attract their potential female companions. 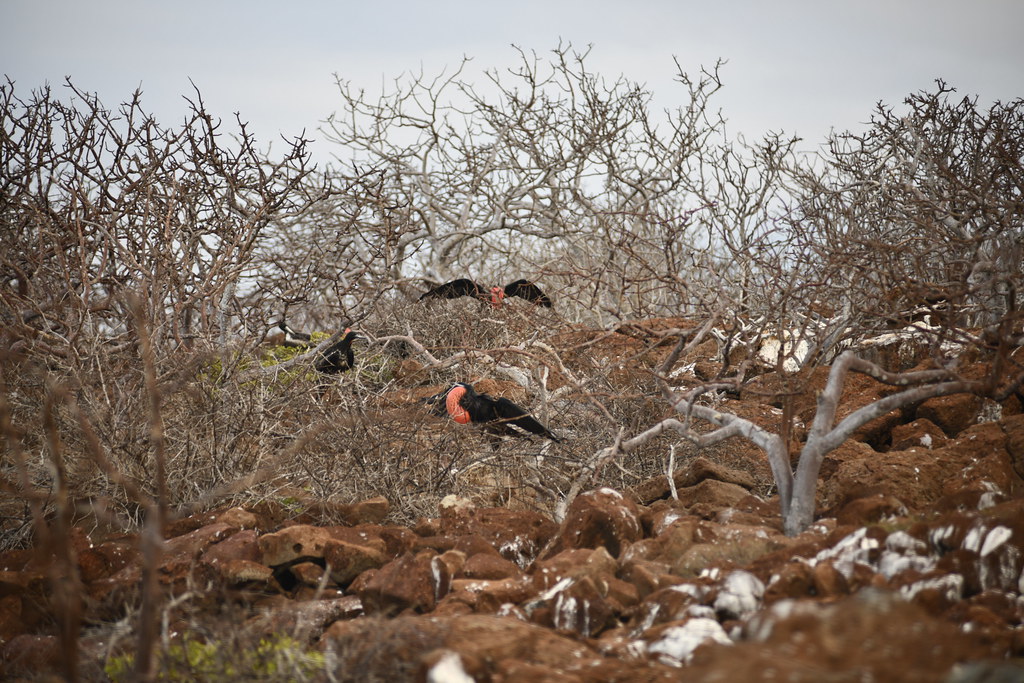 North Seymour was also the site of one of the earliest conservation experiments in the Galápagos where Galápagos Land Iguanas were moved there by Captain Hanckock in 1934. They have since blossomed, and there are now well over 2,500 of them on the island and more than 3,000 on the neighbouring Baltra island. 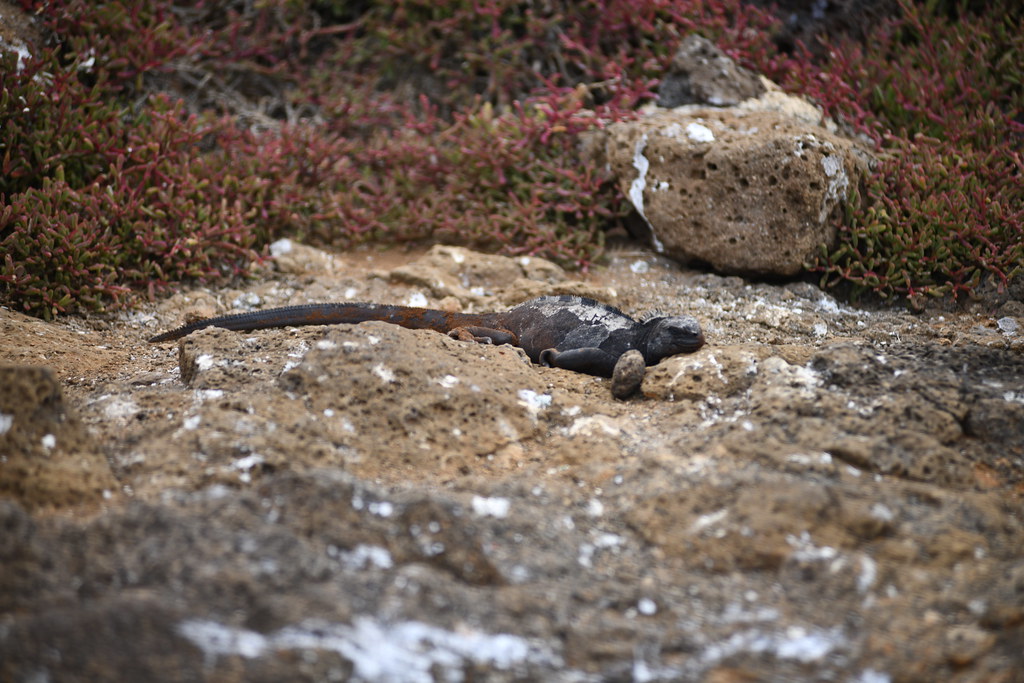 The most popular attraction of this morning, however, were large colonies of Frigatebirds dive-bombing into the waves for food. Frigatebirds and Blue-footed boobies are often found together because the Frigatebirds rely on the Boobies’ fishing abilities by actively stealing their catch! 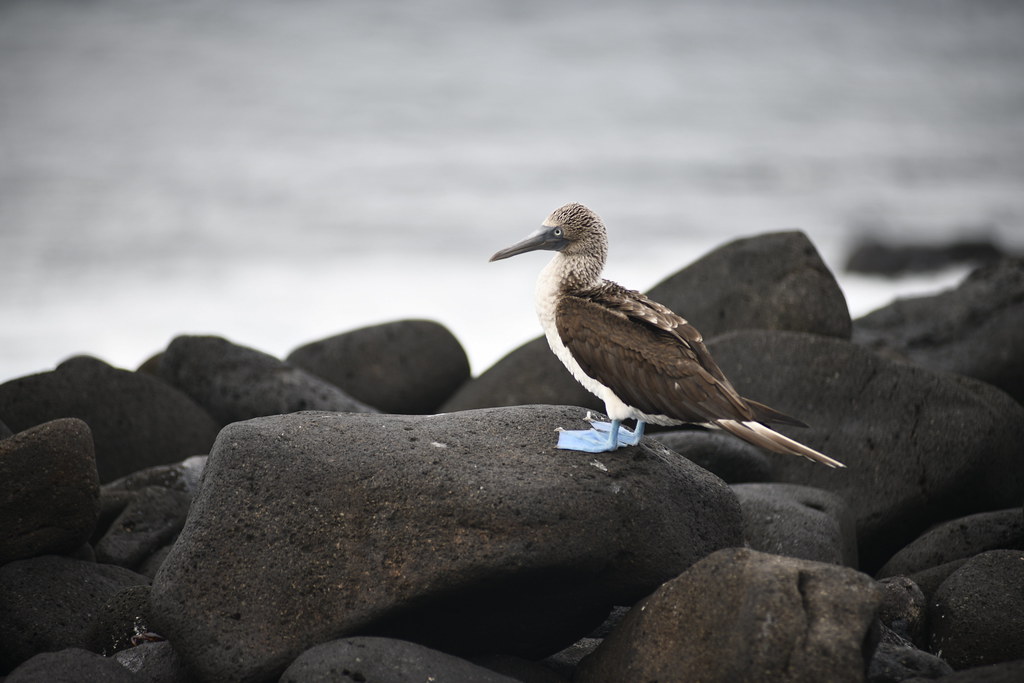 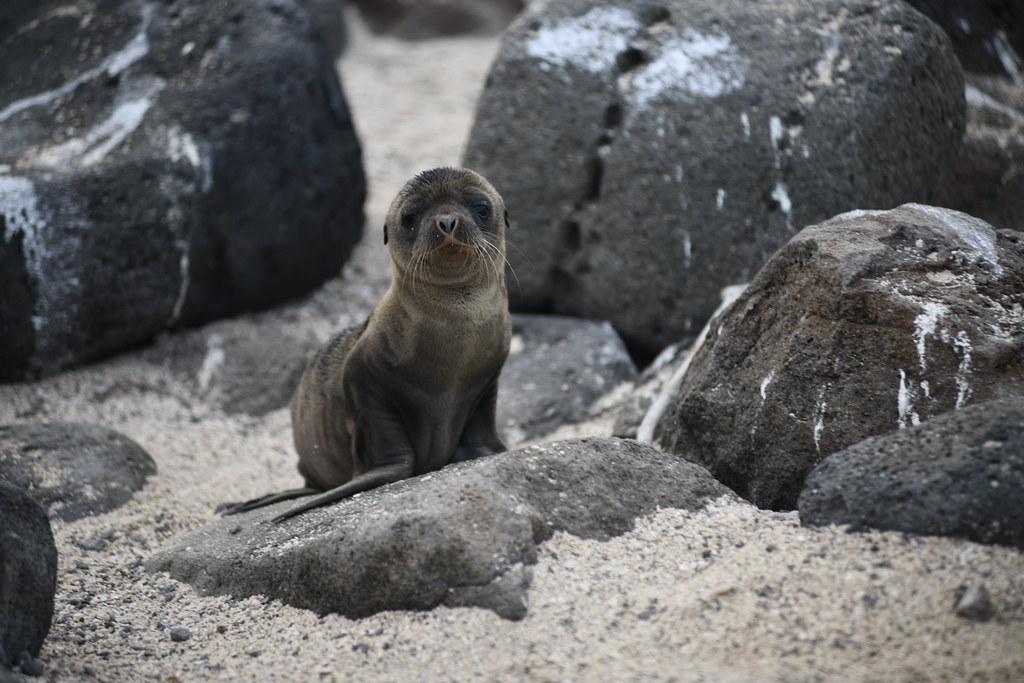 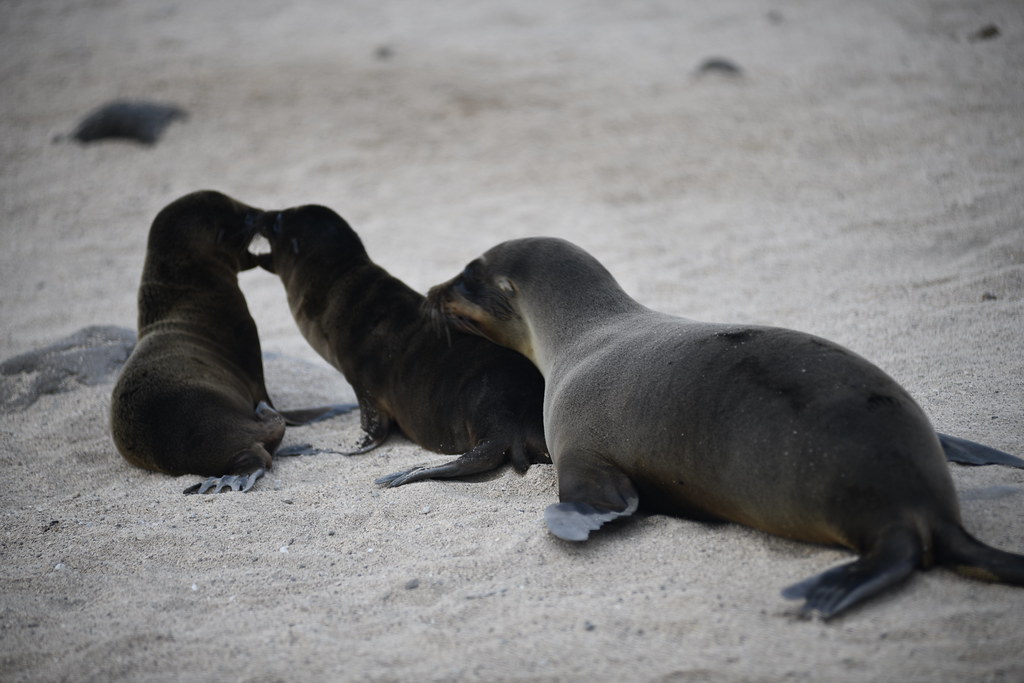 Then as 8am hit, we returned to Baltra Island for a final goodbye to our ship and crew, each of us particularly giving big sea lion hugs to our bartender and server Diana, before boarding our transfer bus for the airport and plenty of time to catch our 11:55am Latam Flight 1412 back from GPS to Guayaquil. 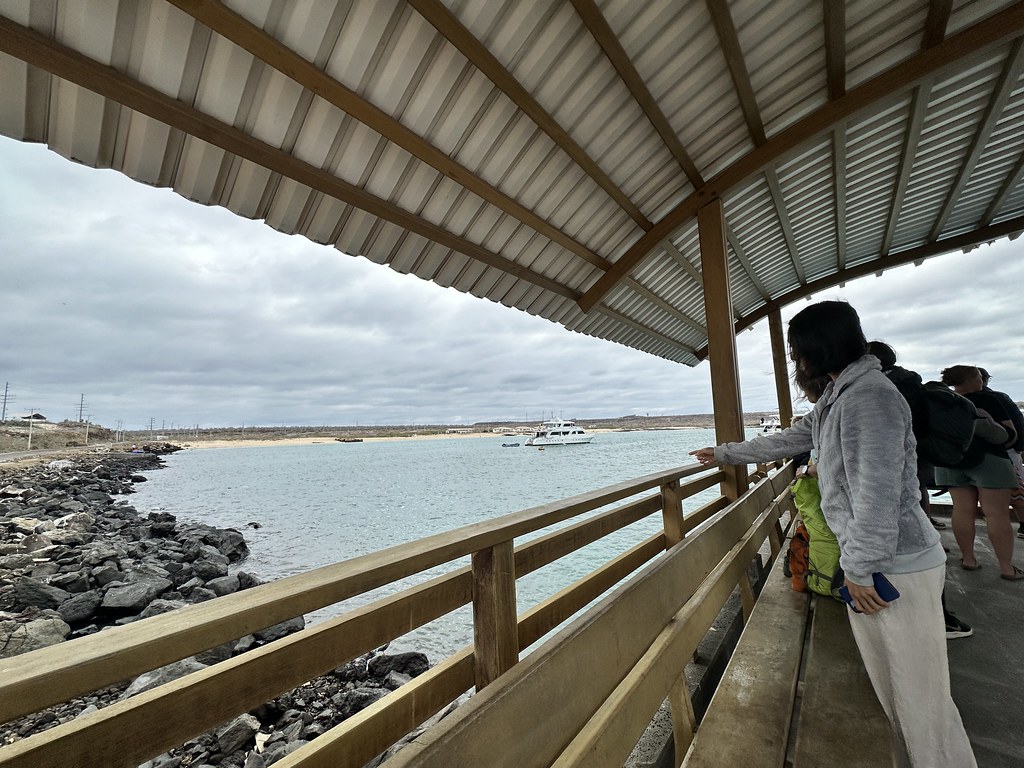 Once in Guayaquil, we enjoyed a whole day and a half being acclimatized back to solid ground catching up after 5 days being off the grid.

Breakfasts at Le Veredita Café and a vegan lunch at La Suculenta made the days go by fast. 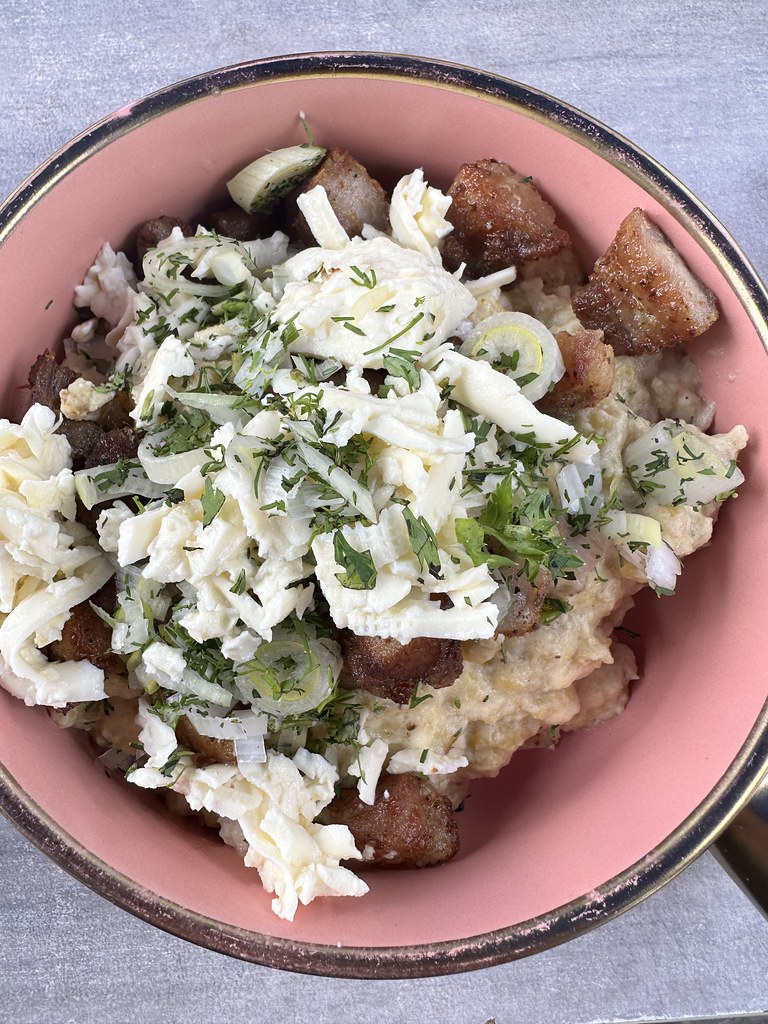 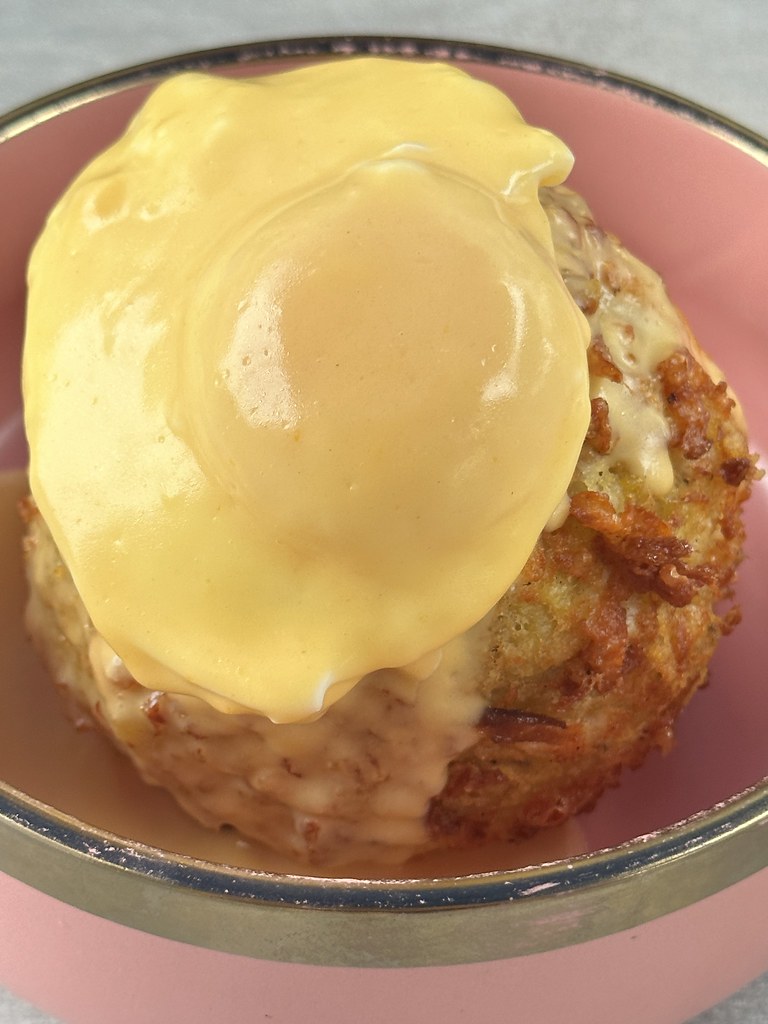 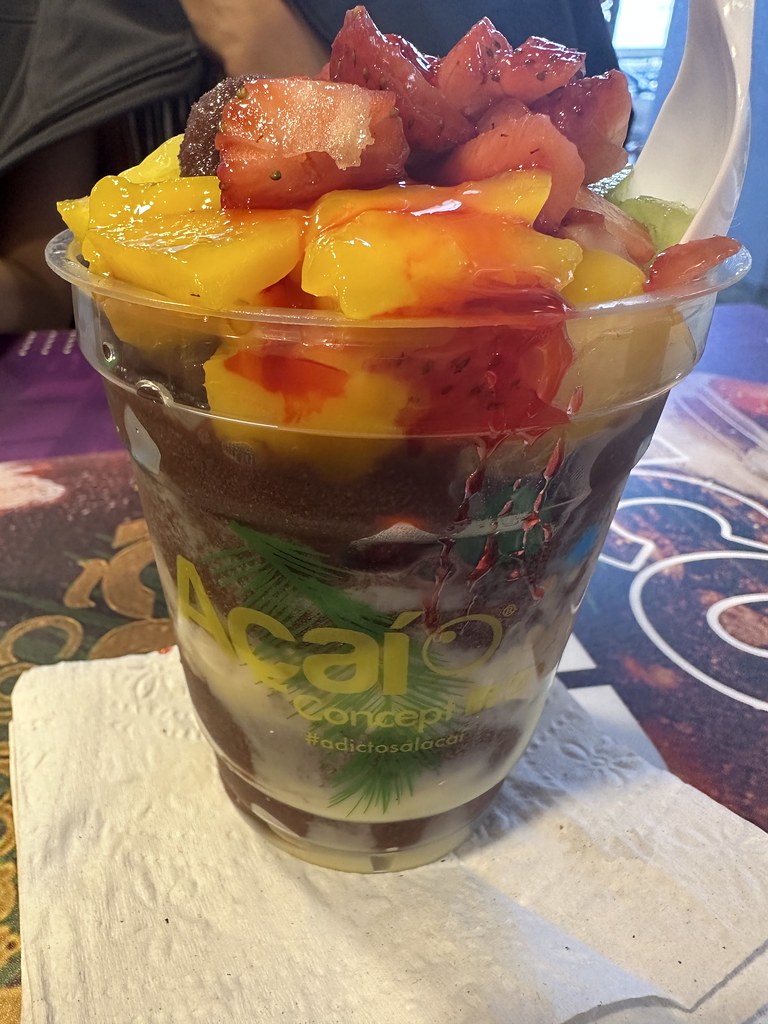 I also highly recommend leaving a little earlier for the SalaVIP lounge at GYE’s international departures hall by Gate 10 as it’s one of the largest and prettiest airport lounges I’ve stayed in South America. 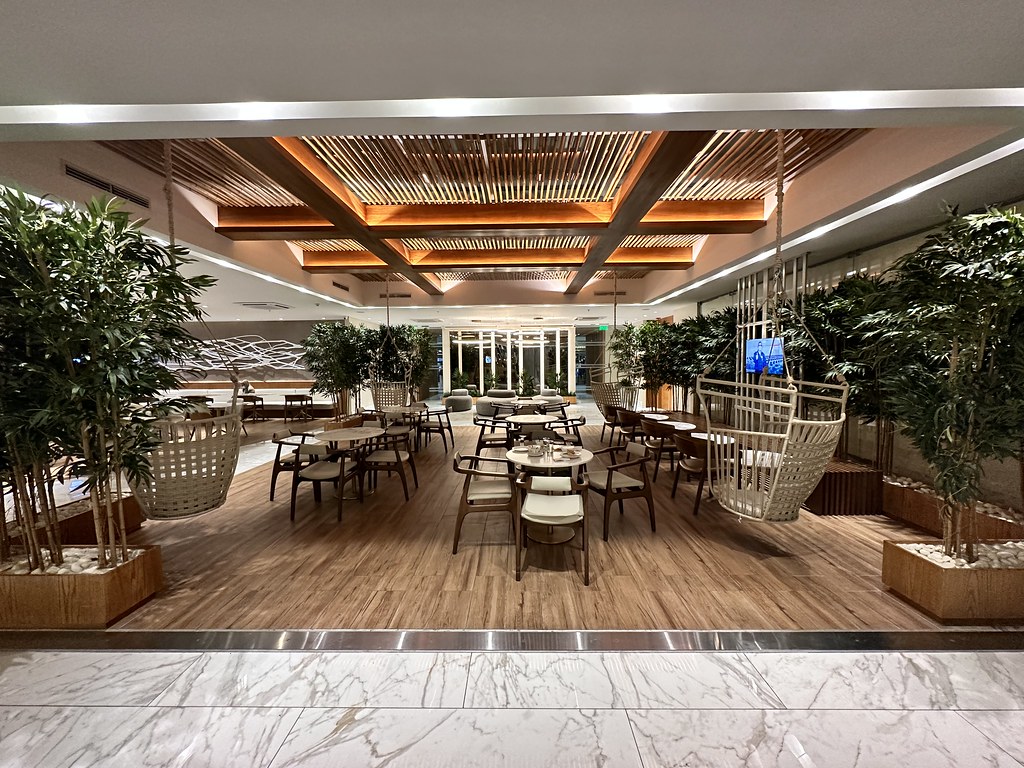 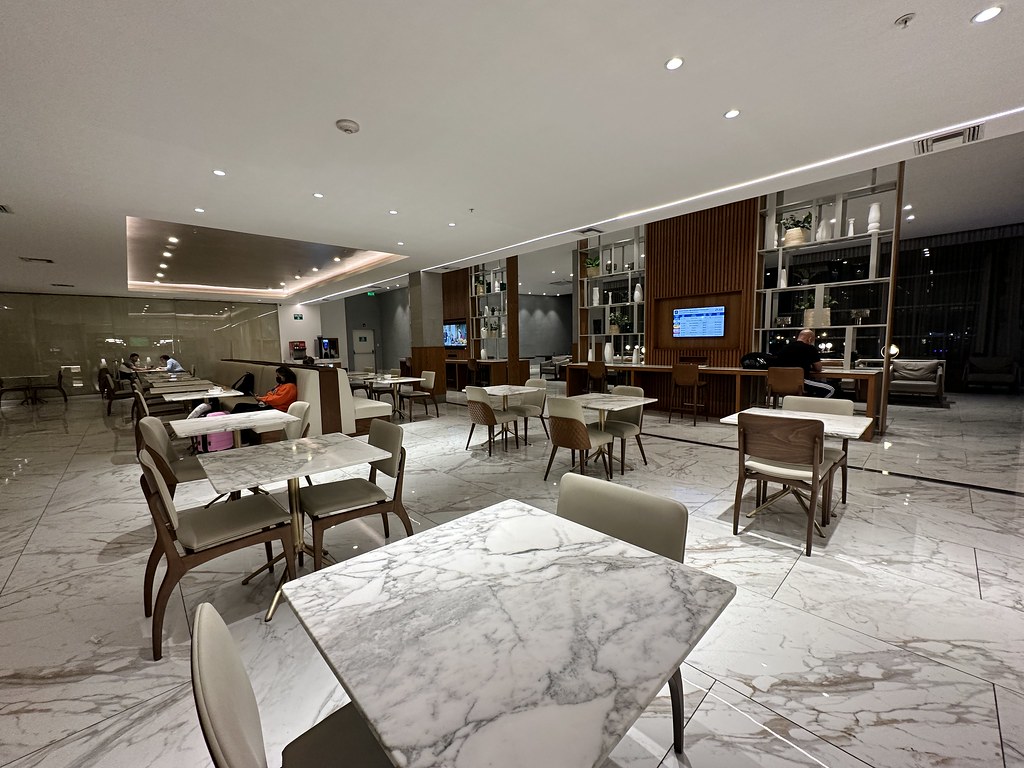