Don’t Tell Me I “Kun’ta-Kinteh” Drive From Senegal to The Gambia!

This morning from Dakar we drive south.

With no way to convince our driver Kemo to turn on the A/C and then finally getting his confirmation he did not get a car with A/C, we took a deep breath, reminded ourselves there are far worse fates in life, that this was the adventure we signed up for, rolled down the windows, and continued our plan to leave by 7am so we could beat the heat (and traffic) and begin our grueling 5 hour drive south past the Senegal-Gambian border between Karang, Senegal and Amdallai, The Gambia. 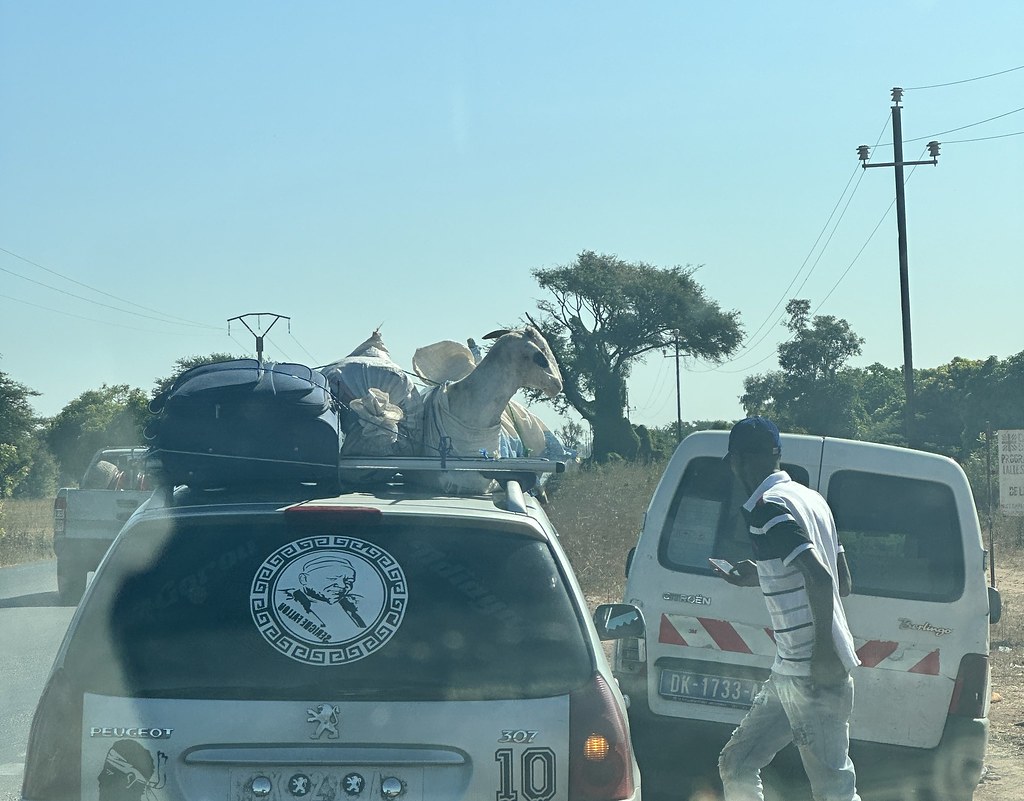 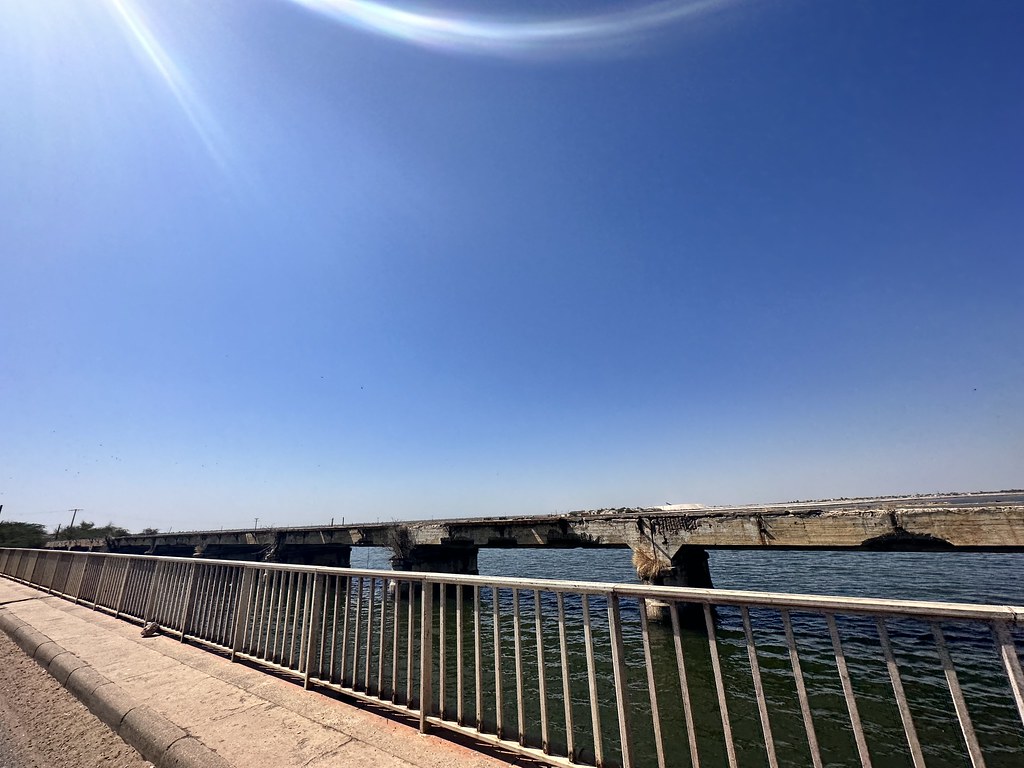 4 hot and tough hours on the road got us to the Senegalese border at Karang. 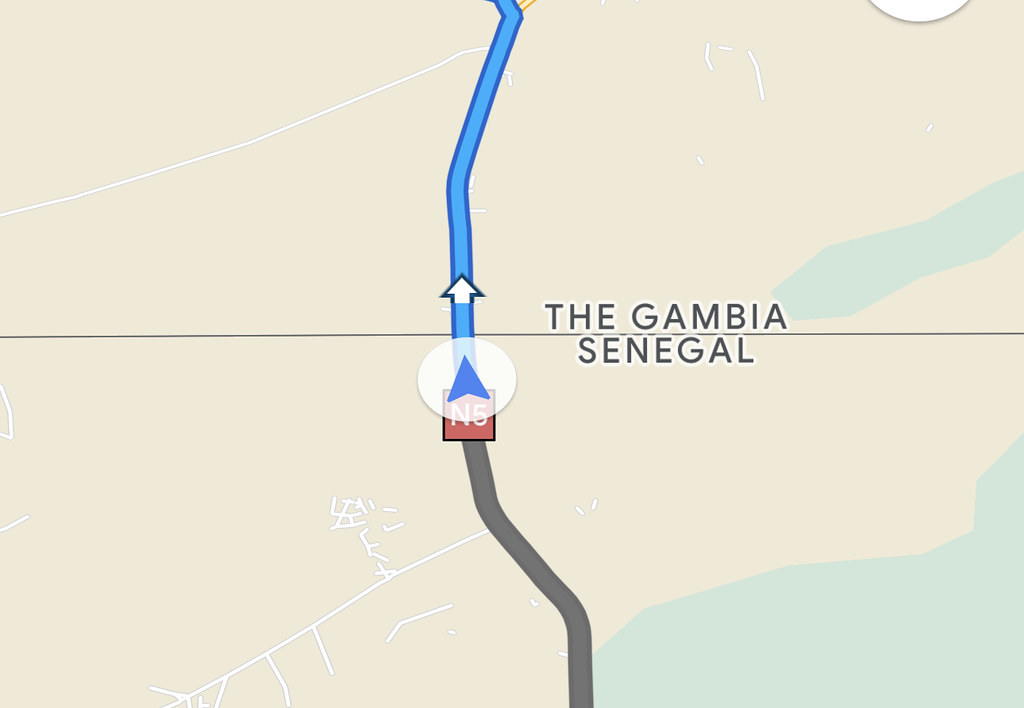 Other than asking for your yellow fever vaccine card here, it’s a seamless process to stamp out, 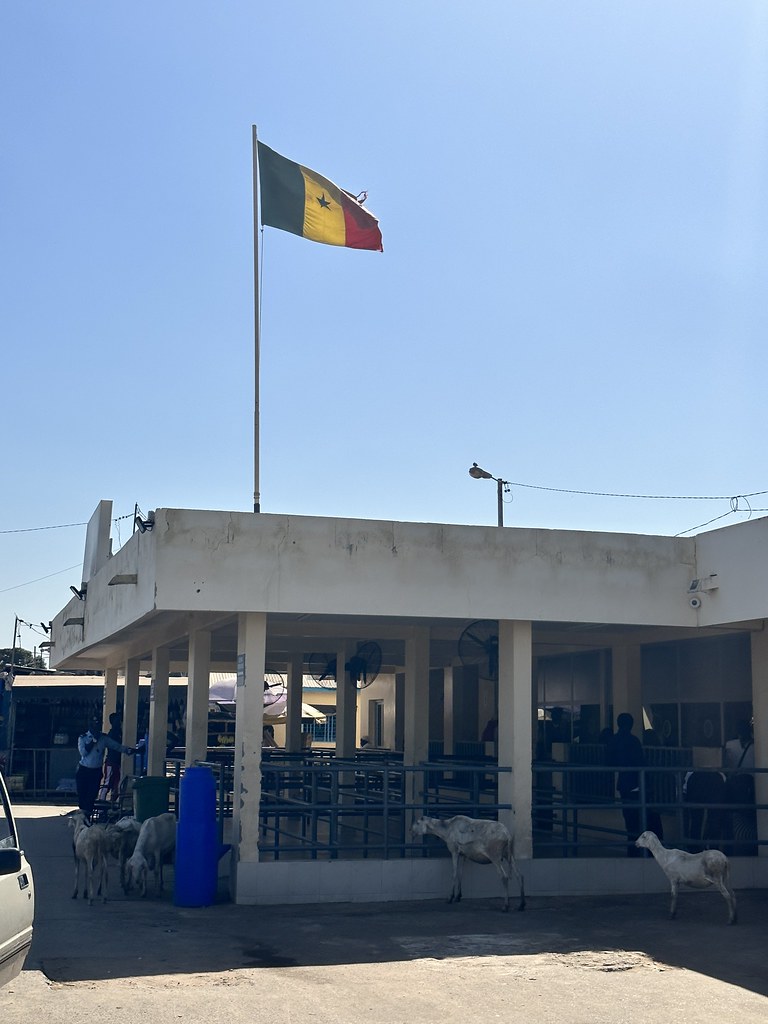 After you receive your exit stamp, walk about 30 paces over into Amdallai in The Gambia, where for many passports — including USA and EU — you can obtain a visa on arrival for $50 USD or 3000 Gambian Dalasis in local currency. 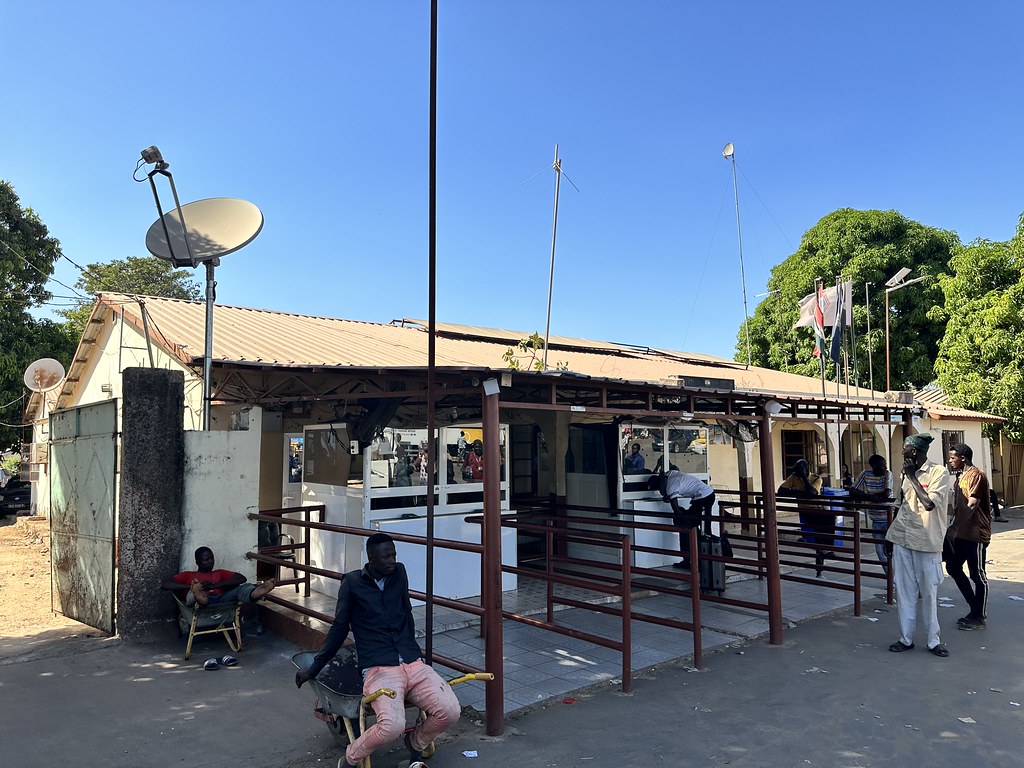 I even took this opportunity to peek inside their office and detention center, where they processed all 6 of our passports within minutes. 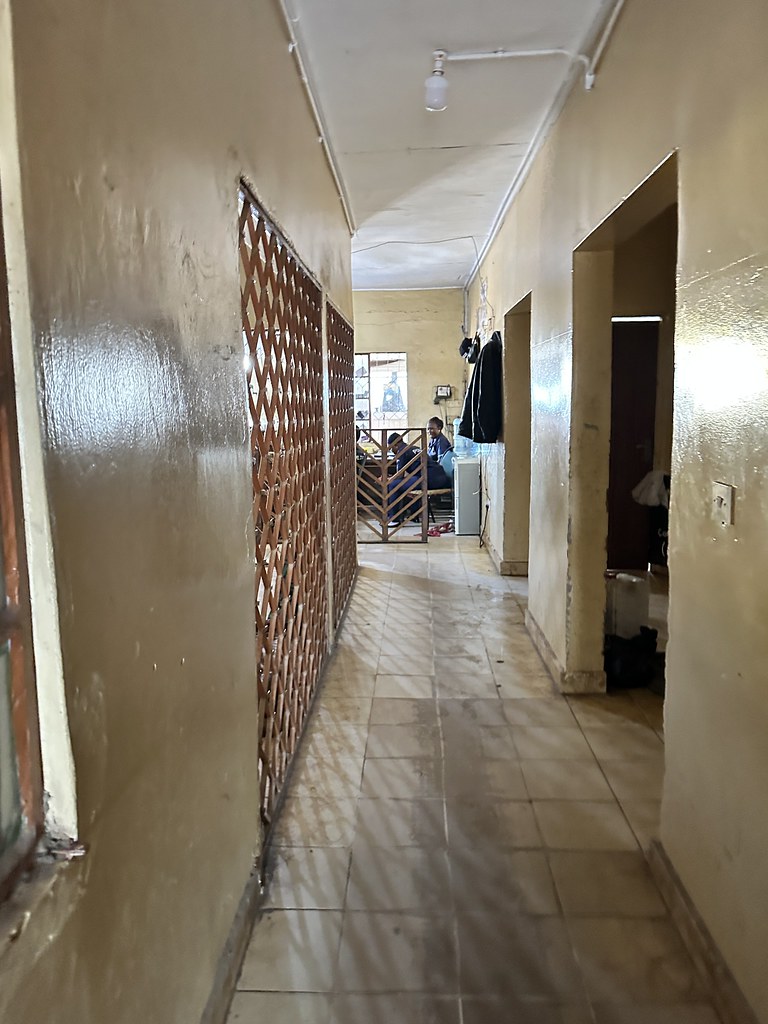 Afterwards, cross on over through no-man’s land to reach your next country! Wanting to get in before sundown, we drove onwards another hour south, reaching the tiny village of Jufureh by 3:30pm. We then dropped off our bags at Kunta Kinteh Roots Camp, which our driver Kemo had recommended us to stay. 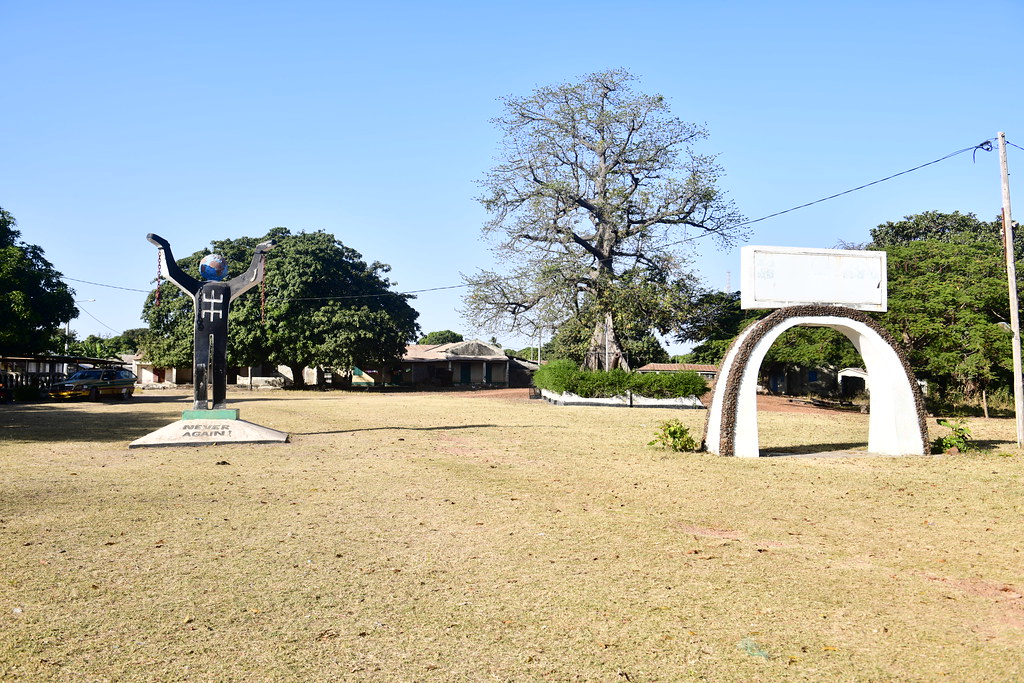 With a guide provided by our host at the Kunta Kinteh Roots camp, we then hopped on a pirogue for 15 minutes across the Gambia River. 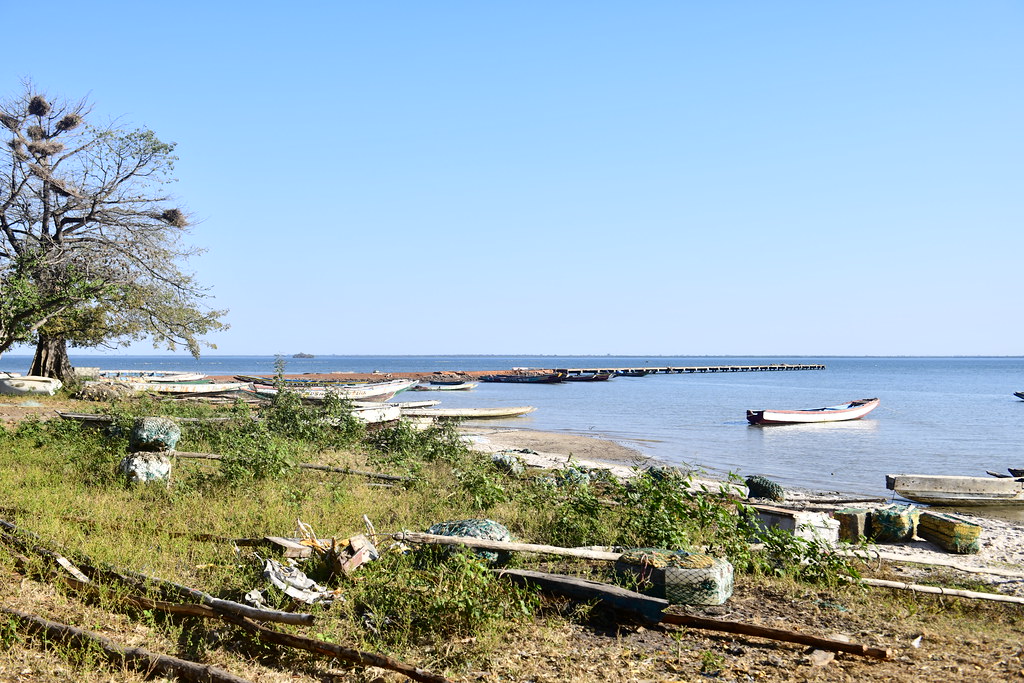 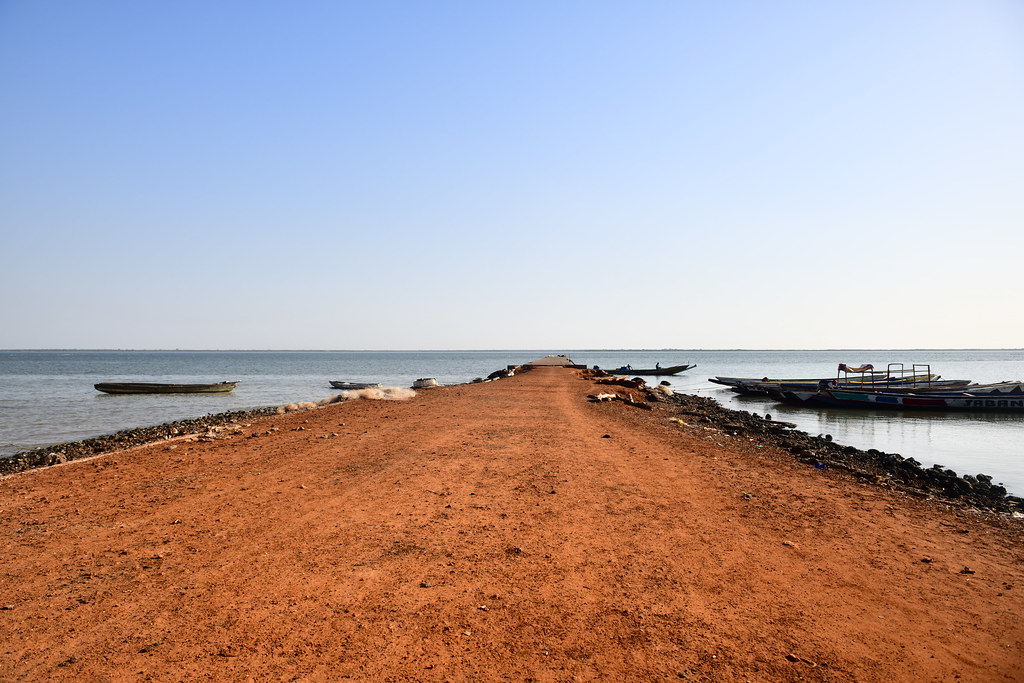 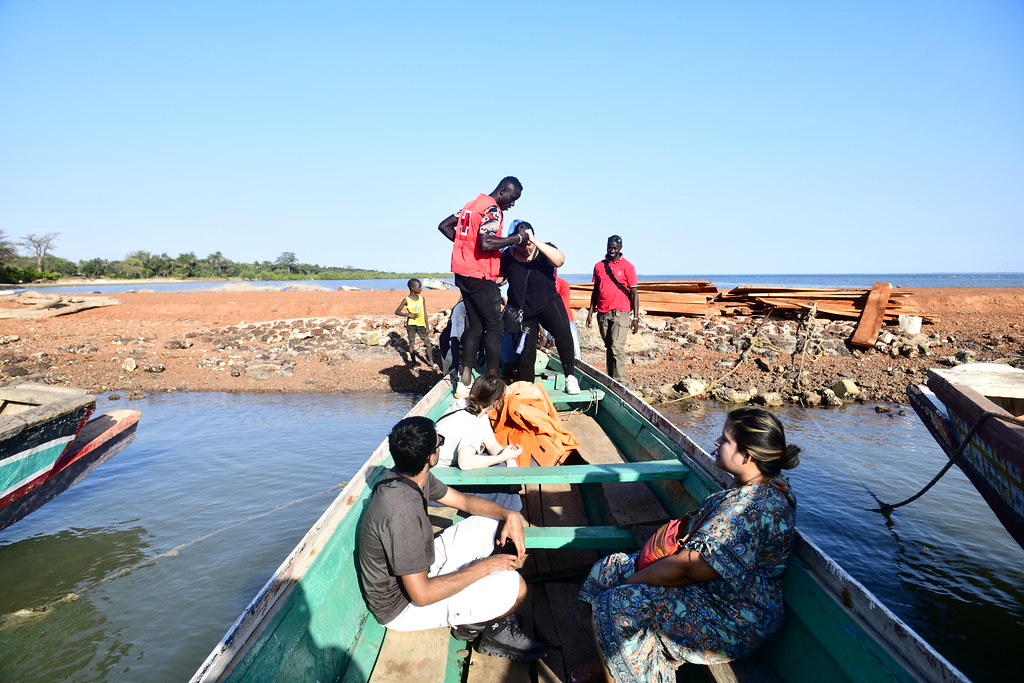 The guides then took us on a 20 minute visit to the tiny UNESCO World Heritage Site of Kunta Kinteh island, formerly called James Island, which was made famous by Alex Haley’s book and 1977 TV series Roots, where the lead character Kunta Kinteh is brought by a slave ship from this very island to Maryland in the US. 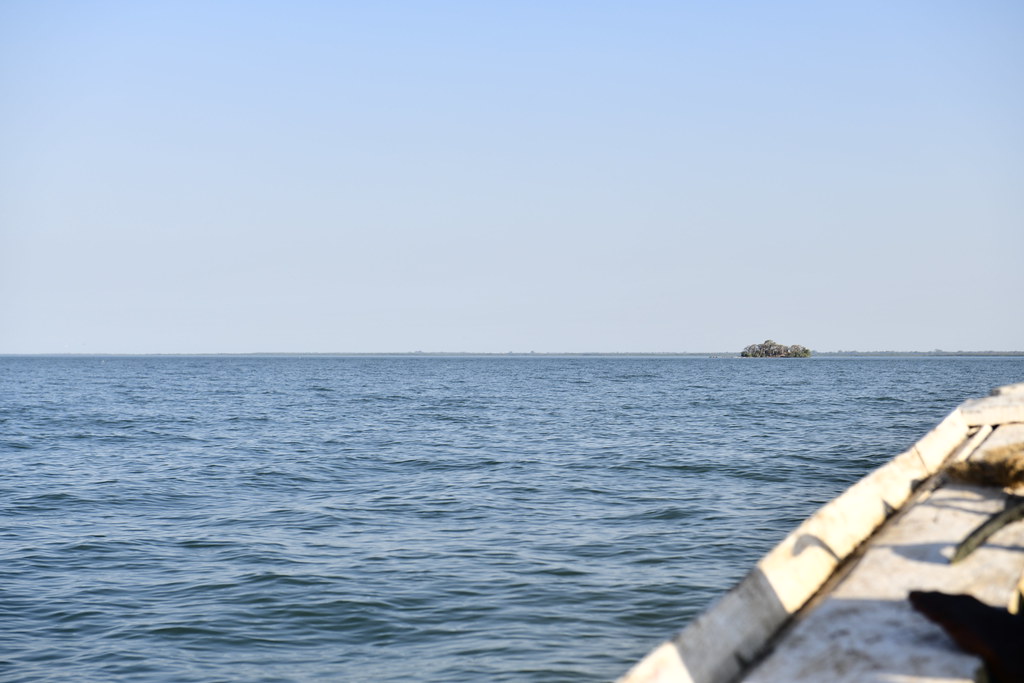 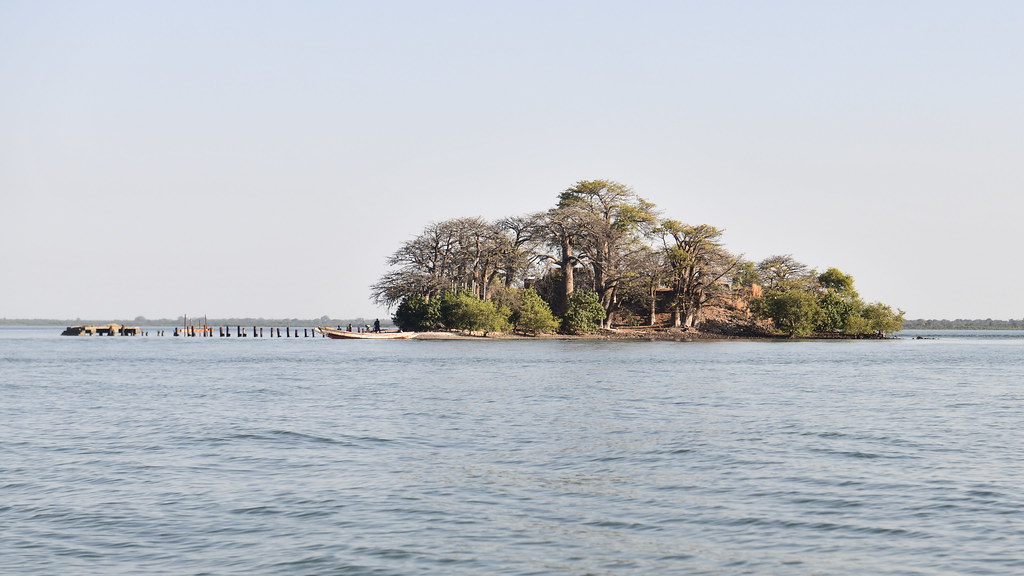 It is now a sixth of its original size since its days of the slave trade. 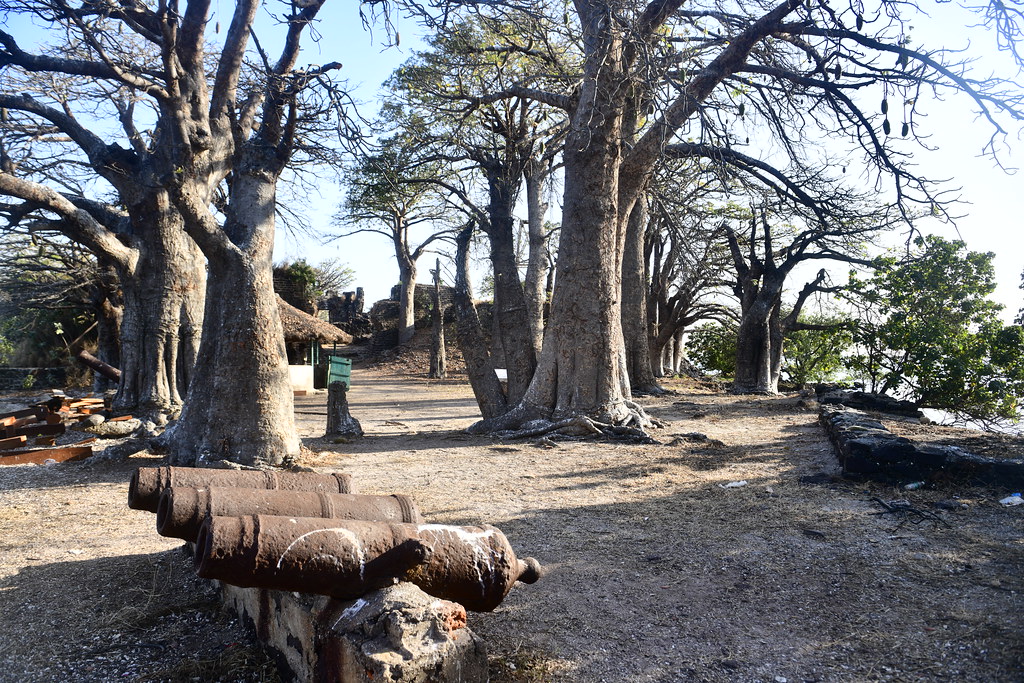 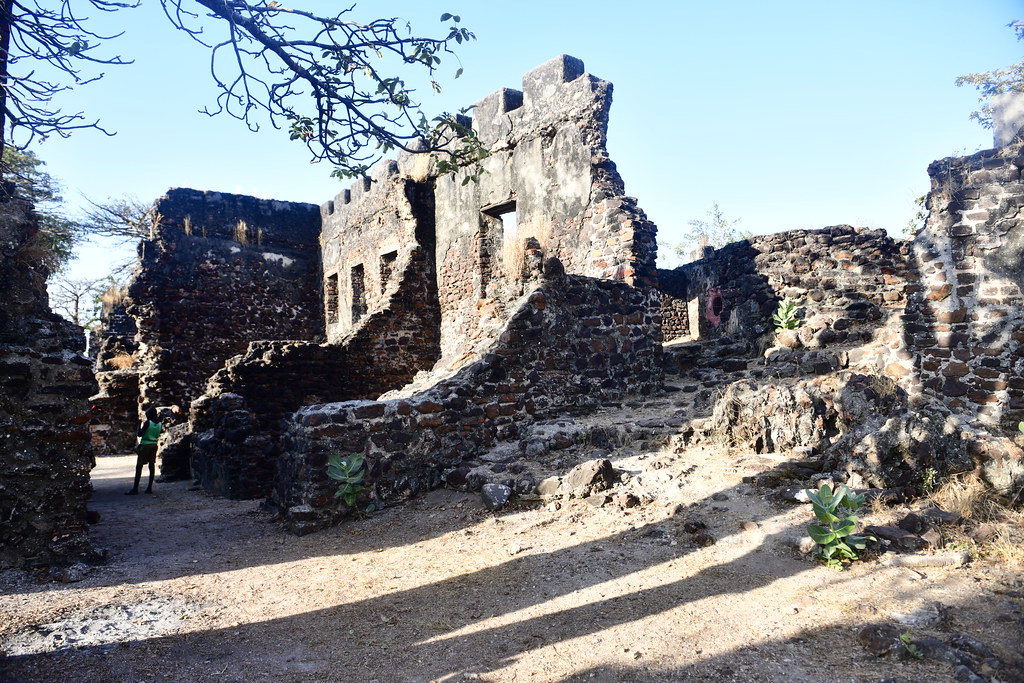 Since the island is tiny, it doesn’t take long to walk around and see what remains of the old fort that used to host Royal African company officials, their soldiers, and enslaved persons. Over 100 people inhabited this island at once. It ironically then became the first military fort to enforce the end of the slave trade after the British Empire both outlawed and abolished slavery in 1833.

After 20 minutes with our guide on the island, we returned back to our camp where Ihita and Noureen wanted to drive over to check out Jerreh Camp as an alternative option to stay due to their larger rooms, fewer insects, and the availability of A/C and Wi-Fi. Although it appeared unavailable online, our island guides responded they never update their online availability and there still should be open rooms.

To keep our group together and the logistics manageable in a place like West Africa (and especially to minimize back-and-forth driving for Kemo the next morning), Kelsey, Evan, Sameer and I agreed to switch after they returned for dinner at Kunta Kinteh Roots Camp. 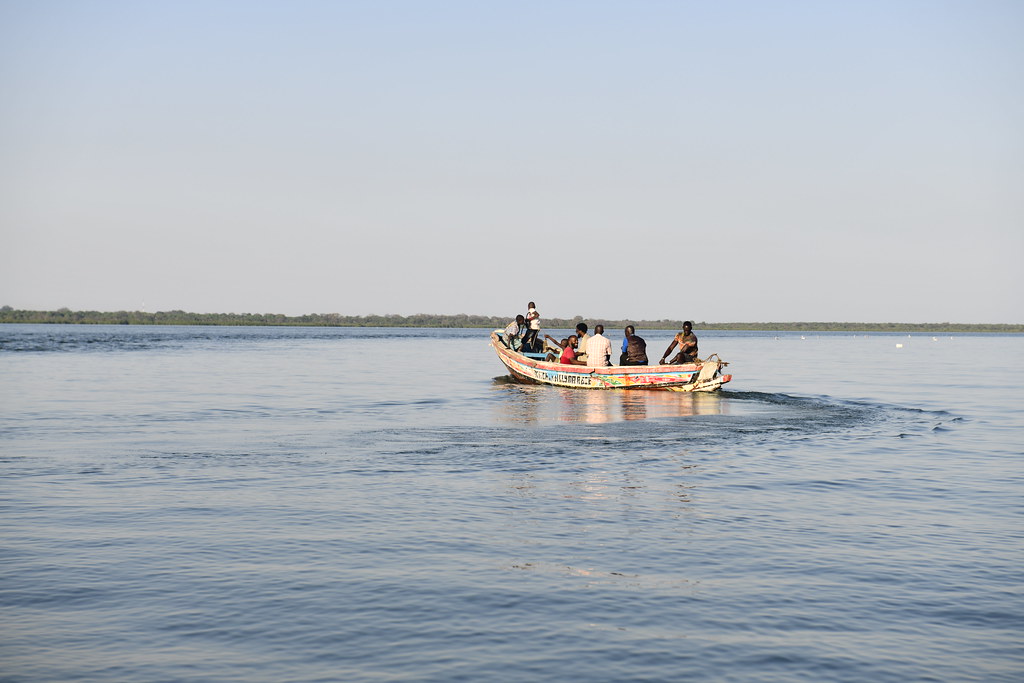