The Many Saints of St. Louis, Senegal

Not Saint Louis, Missouri — we’re now kicking it in the UNESCO World Heritage Site of Saint-Louis island in Senegal, the former French capital city of both French West Africa and then French Mauritania in the early 20th century.

After a brief and disappointing pit stop to visit the not so rosy Lac Rose on our 5 hour drive north from Dakar, we crossed the historic Faidherbe Bridge to reach Saint Louis by the early evening. 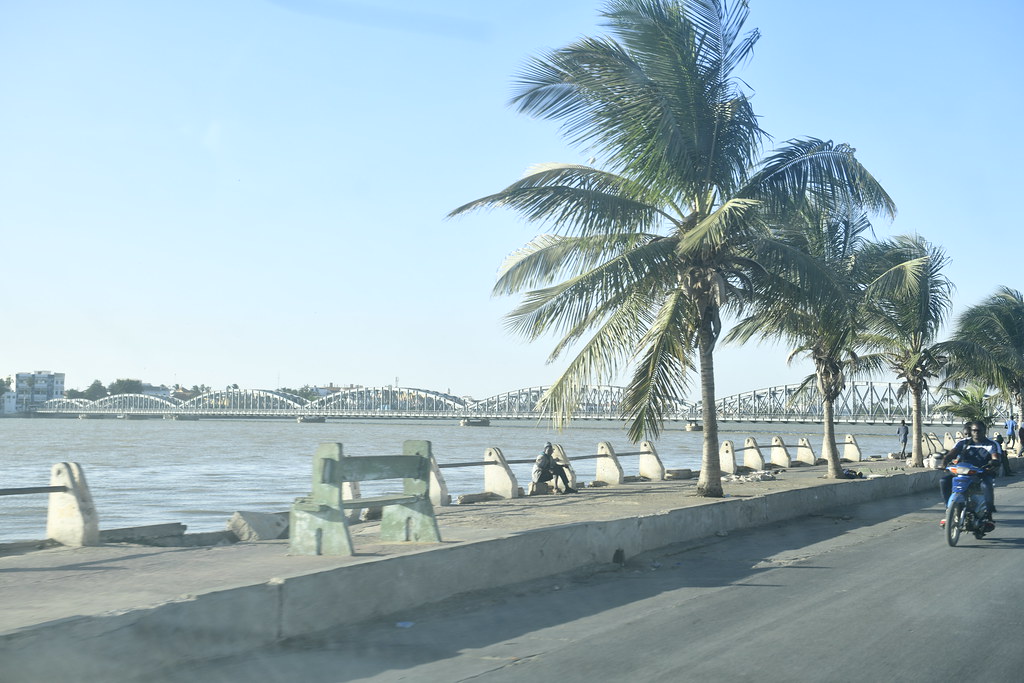 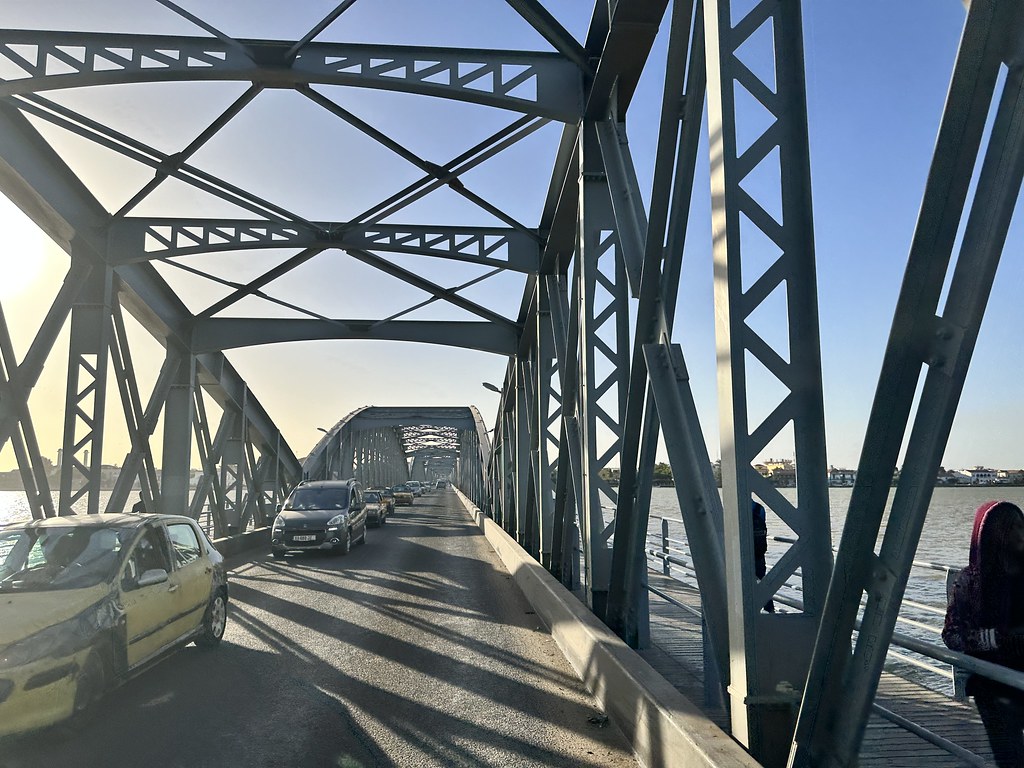 After an hour settling in our lodgings for the next 2 nights at Ndar Ndar House located in the center of the island, we then congregated for dinner at Hotel de la Residence around the corner with prime seats for the Morocco vs. France match in the FIFA World Cup Semifinals. 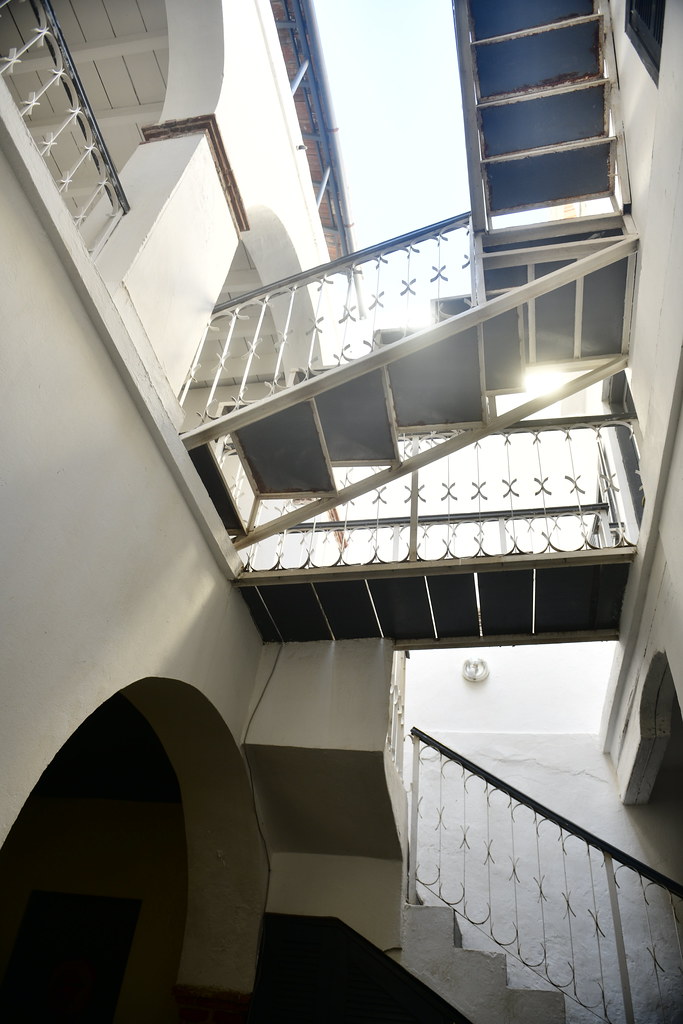 Unlike Dakar, St. Louis is one of the cities you can stroll aimlessly around without much of a plan and still be able to “see everything” within a couple of hours. Take it easy here. 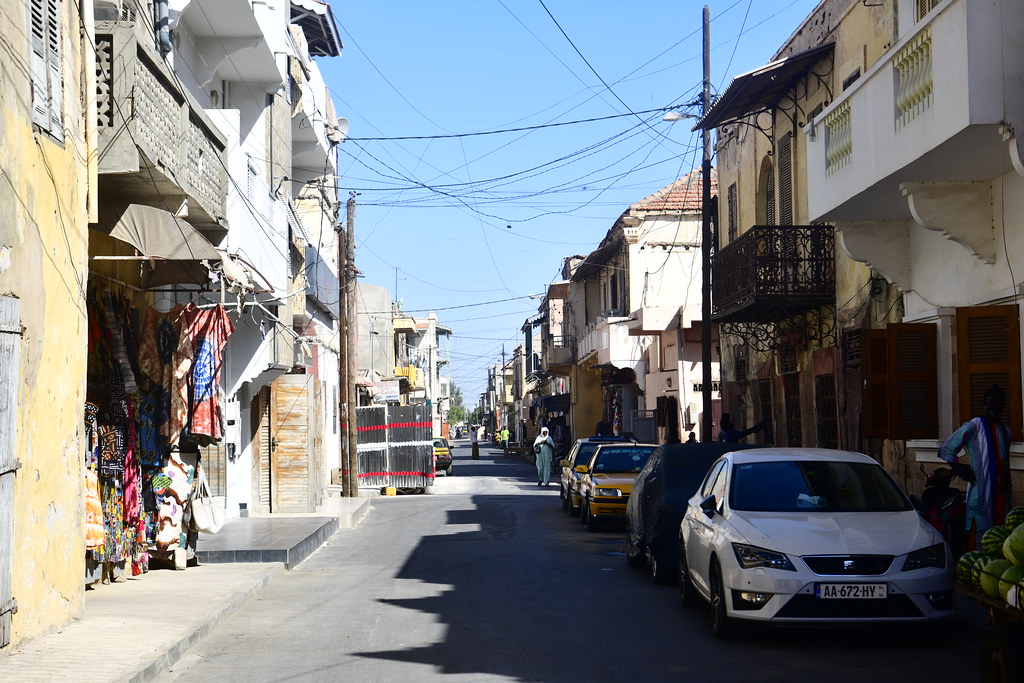 …And we sure did by enjoying a flight of coffees from around the world the next morning after breakfast at the Farmers Coffee Shop: 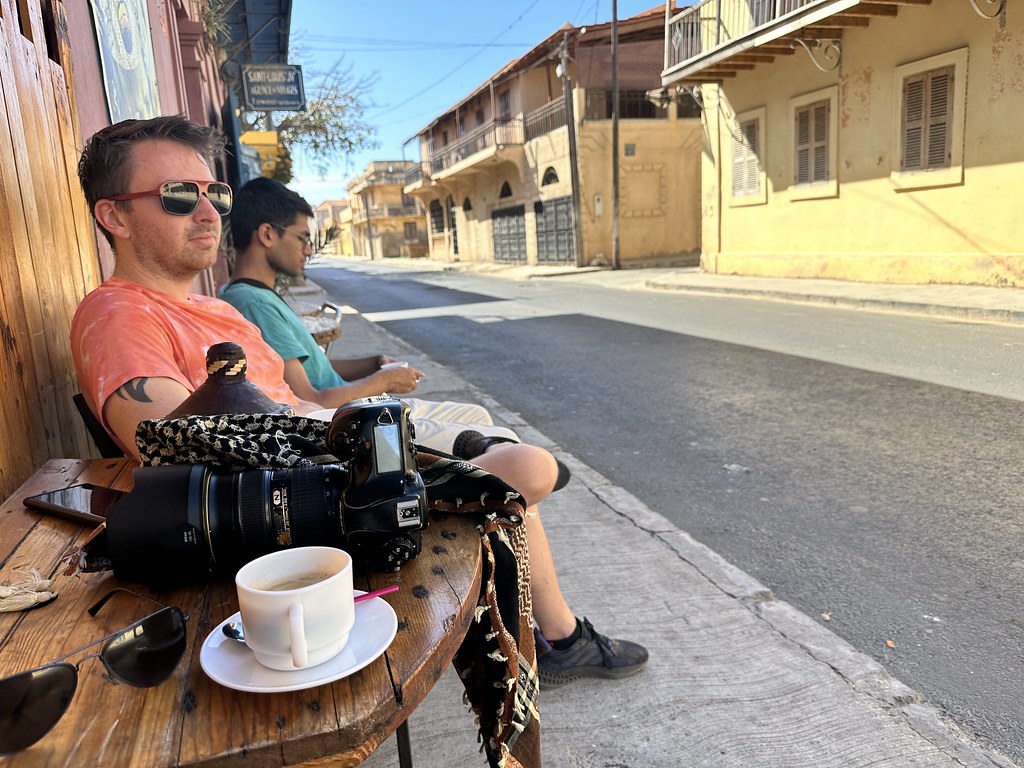 If you need to do sightseeing here, the central Catholic church L’église Saint-Louis-en-l’Île is only a few blocks south: 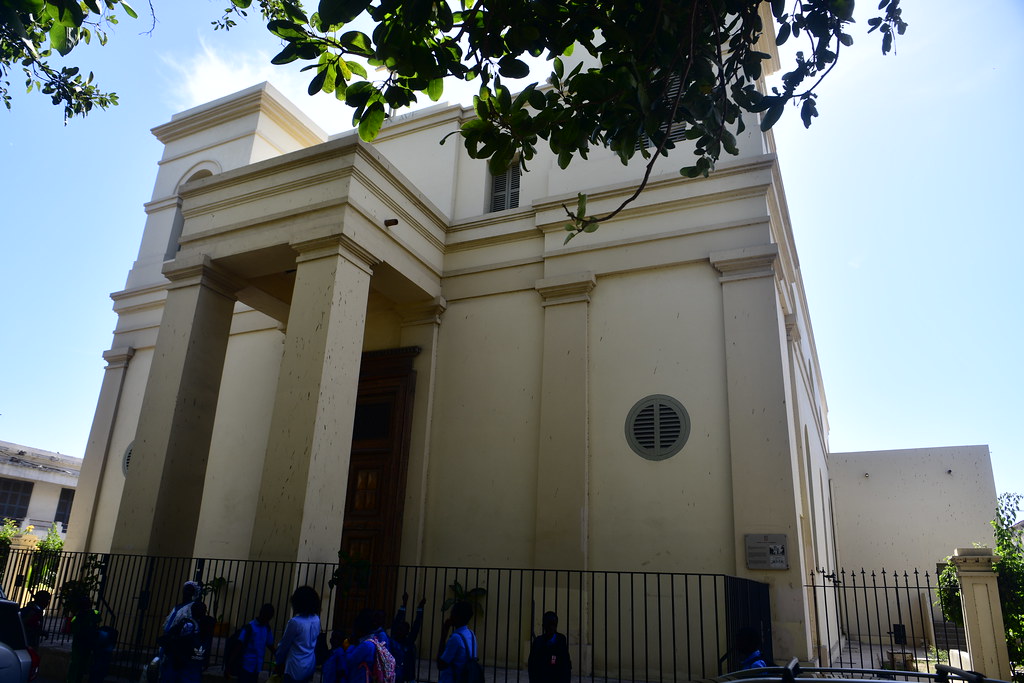 …while The Grand Mosque is a few blocks’ walk in the other direction: 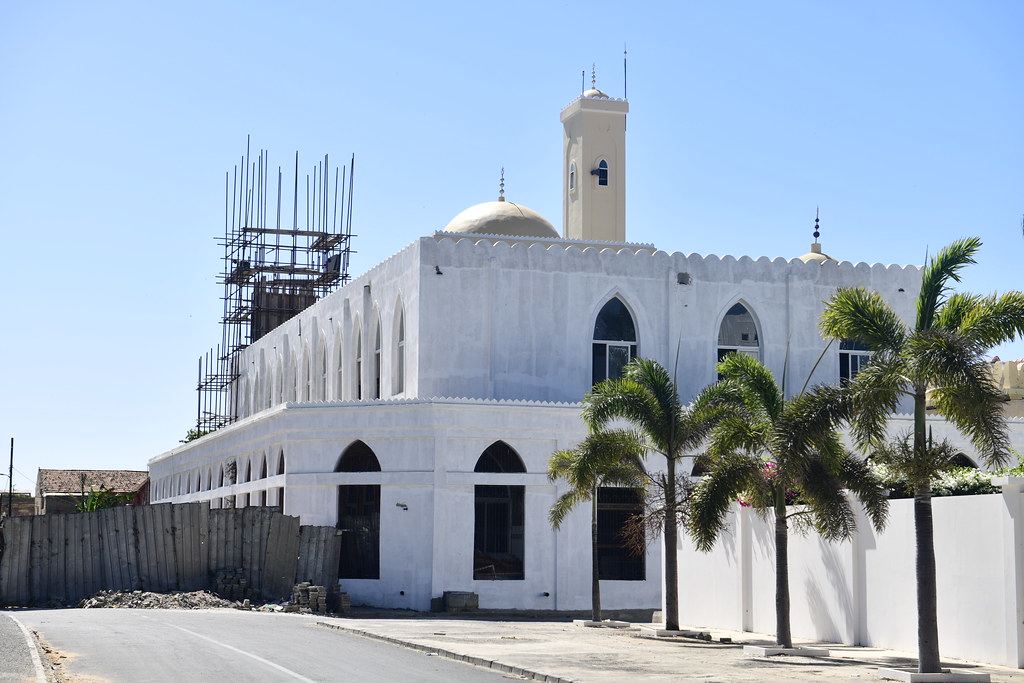 If you want to instead kick back your day at the local cultural center, you can peruse the books, films, and public events offered at the French Institute of Senegal – St. Louis: 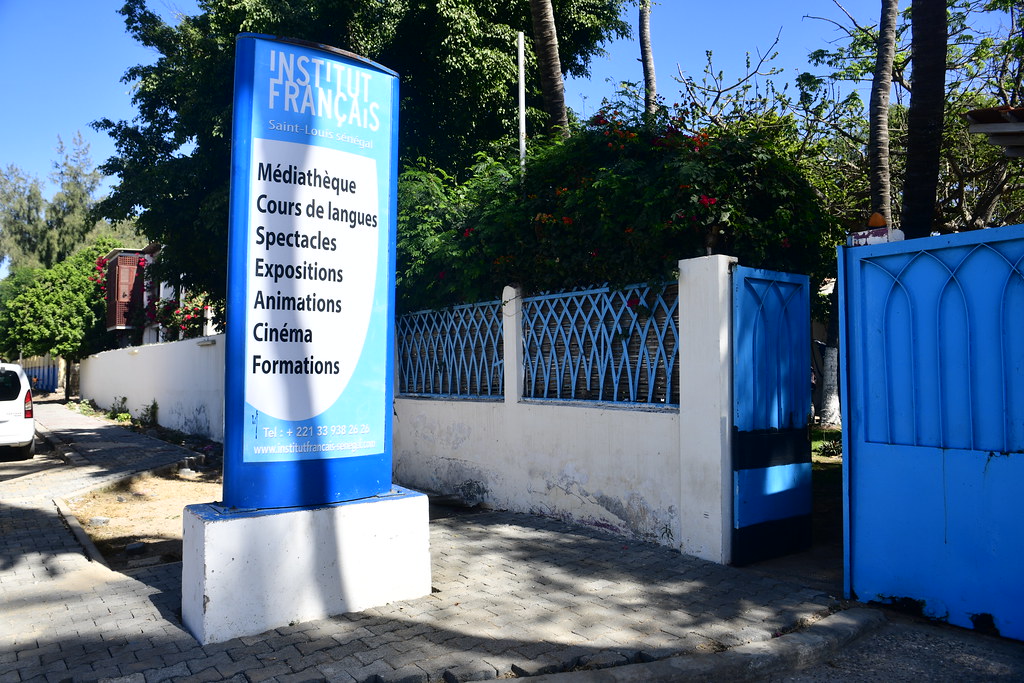 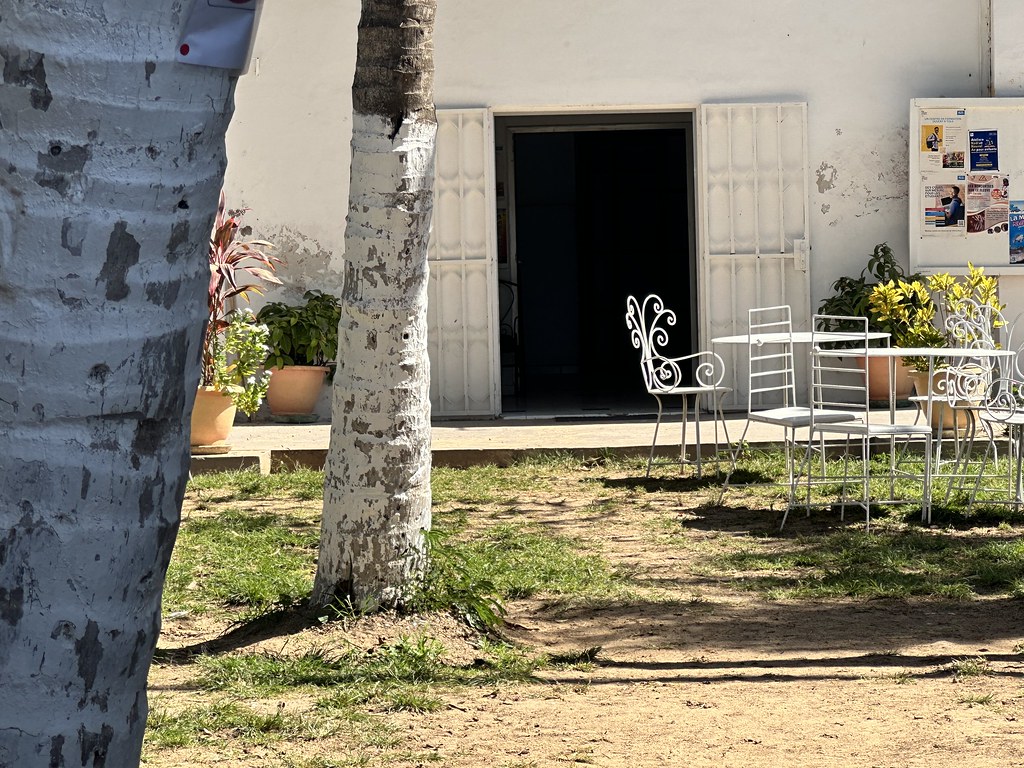 For those who want to take a longer stroll, head across the bridge to the thin, sandy peninsula of Langue de Barberie, which separates the Atlantic Ocean from the end of the Senegal River. 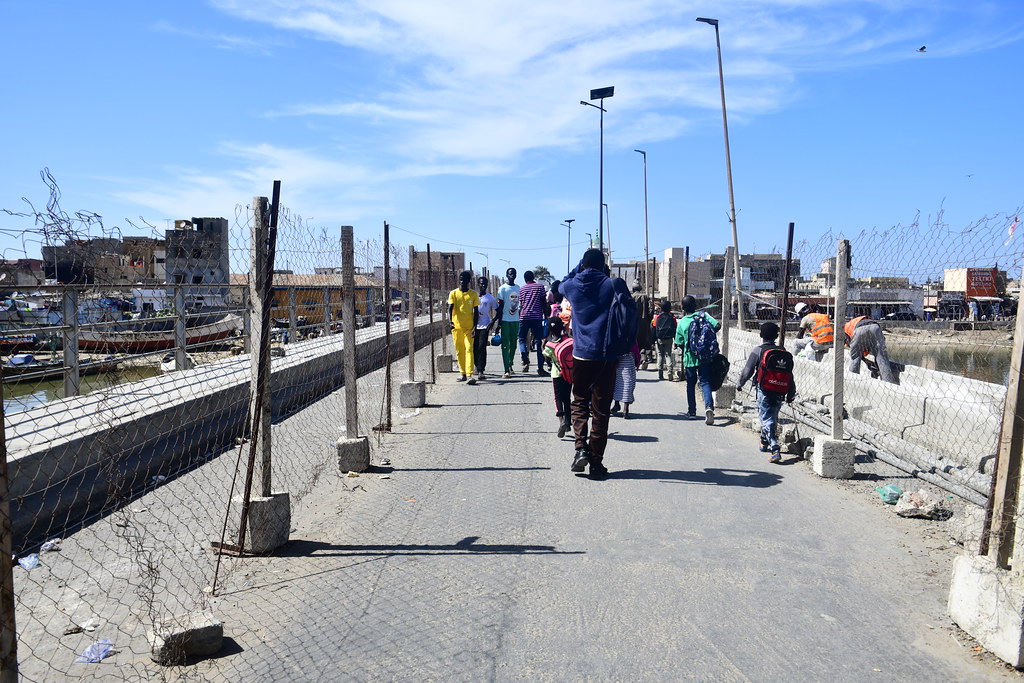 Very little can beat watching another world go by at the fishing village of Guet N’Dar, located on the peninsula and a little south of the bridge. 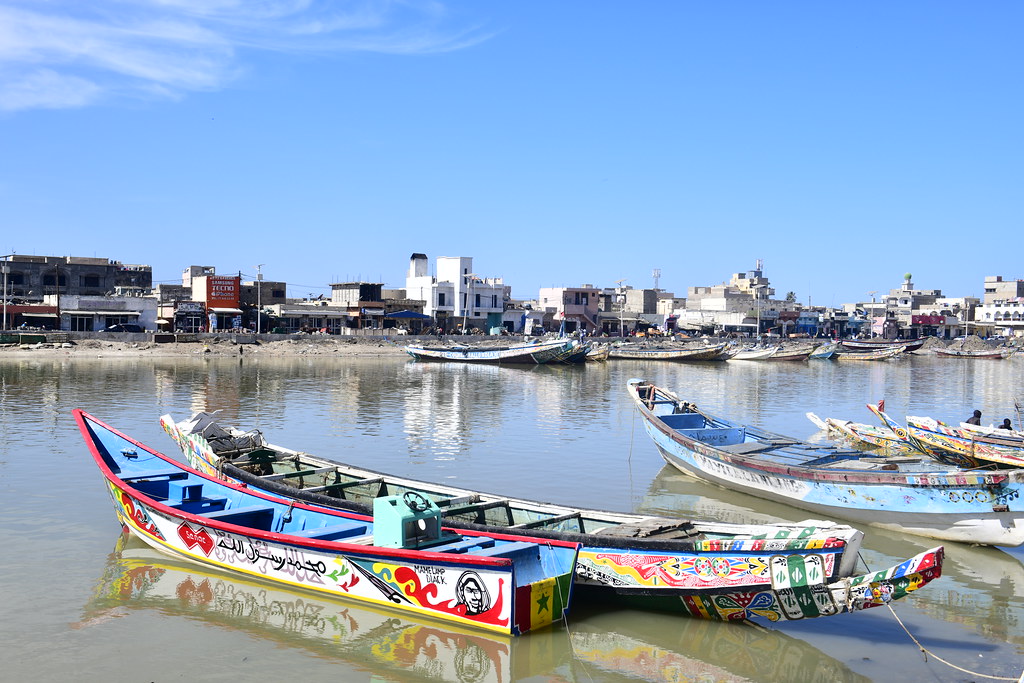 The contrast between the main island of Saint Louis is and the peninsula is night and day. 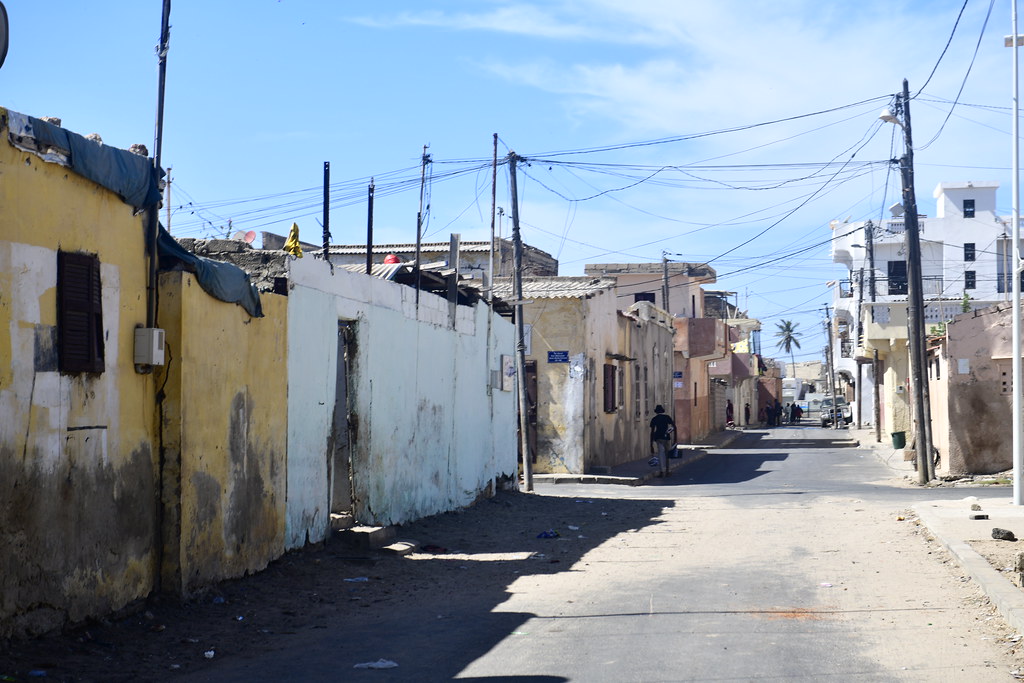 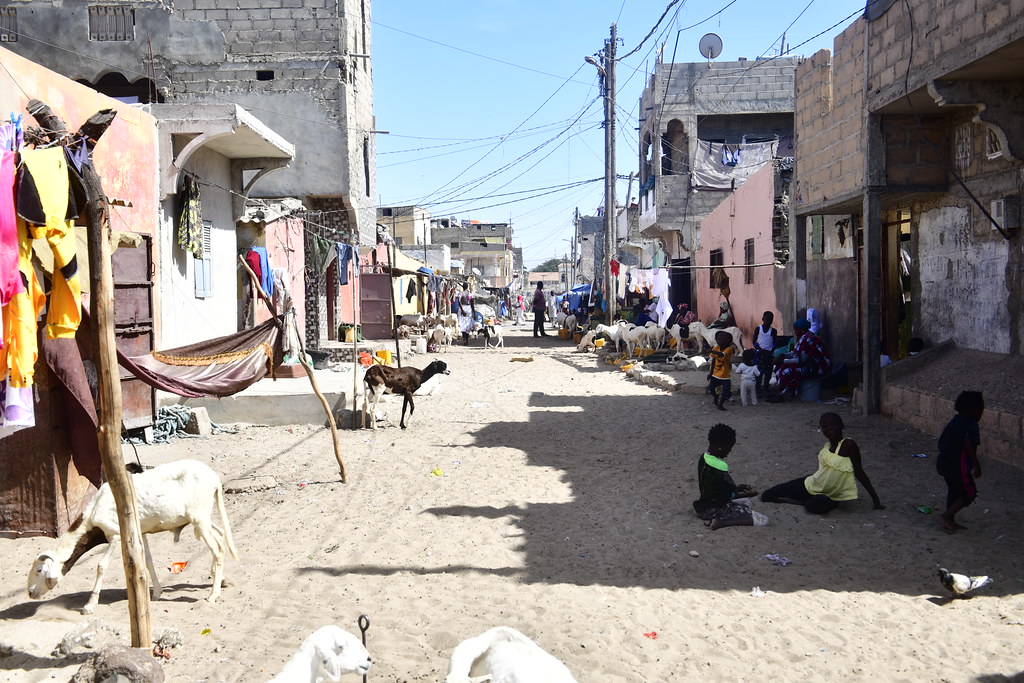 Here by the beach you can watch the fisherman bring in their catch from the colorful fishing boats aka pirogues. 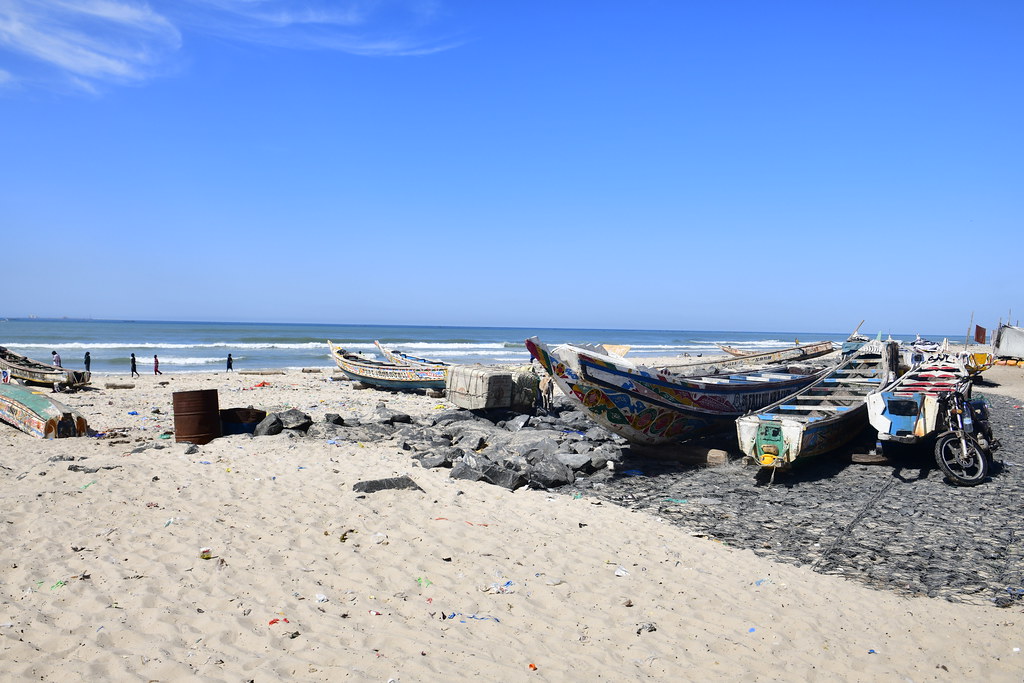 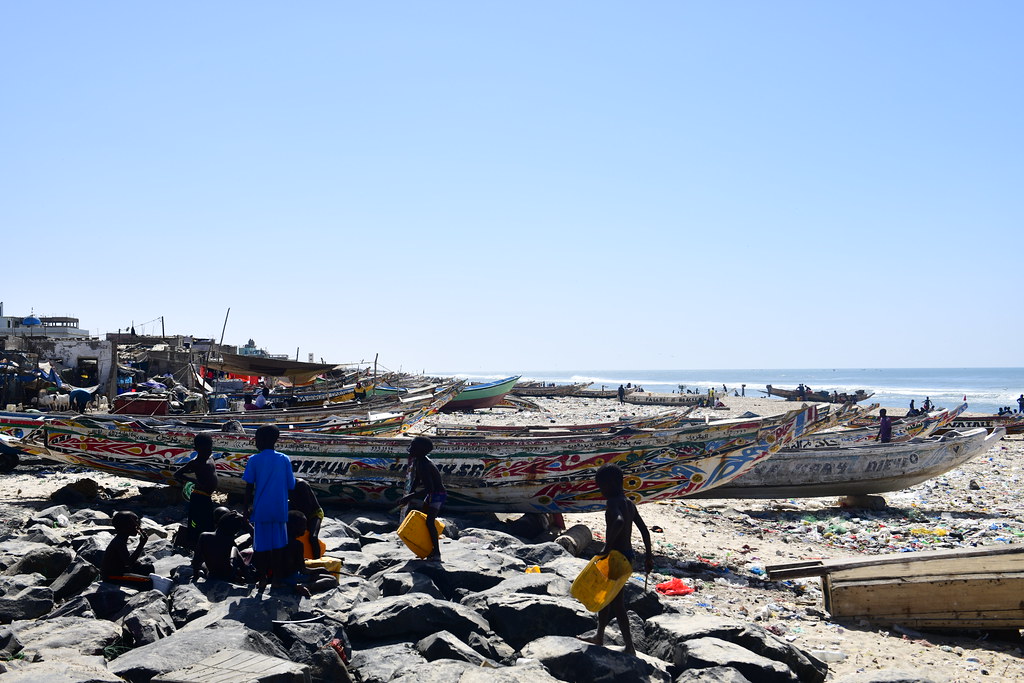 If you can handle another 10 minutes’ walk south in the heat from Guet N’Dar, you can slip in the small entrance to the expansive Muslim fisherman cemetery behind its walls: 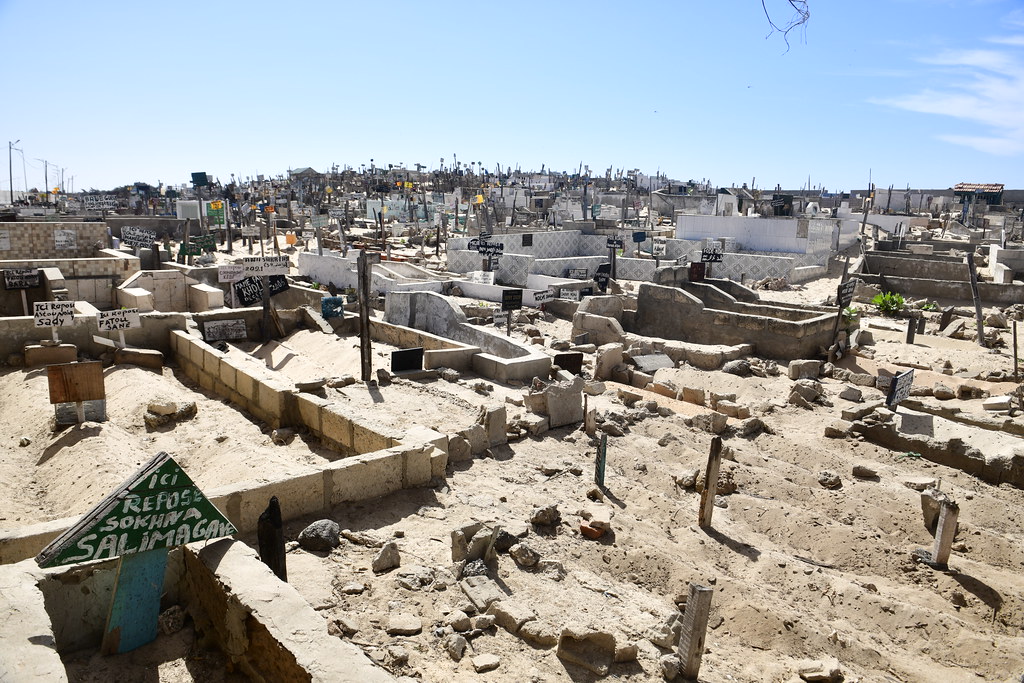 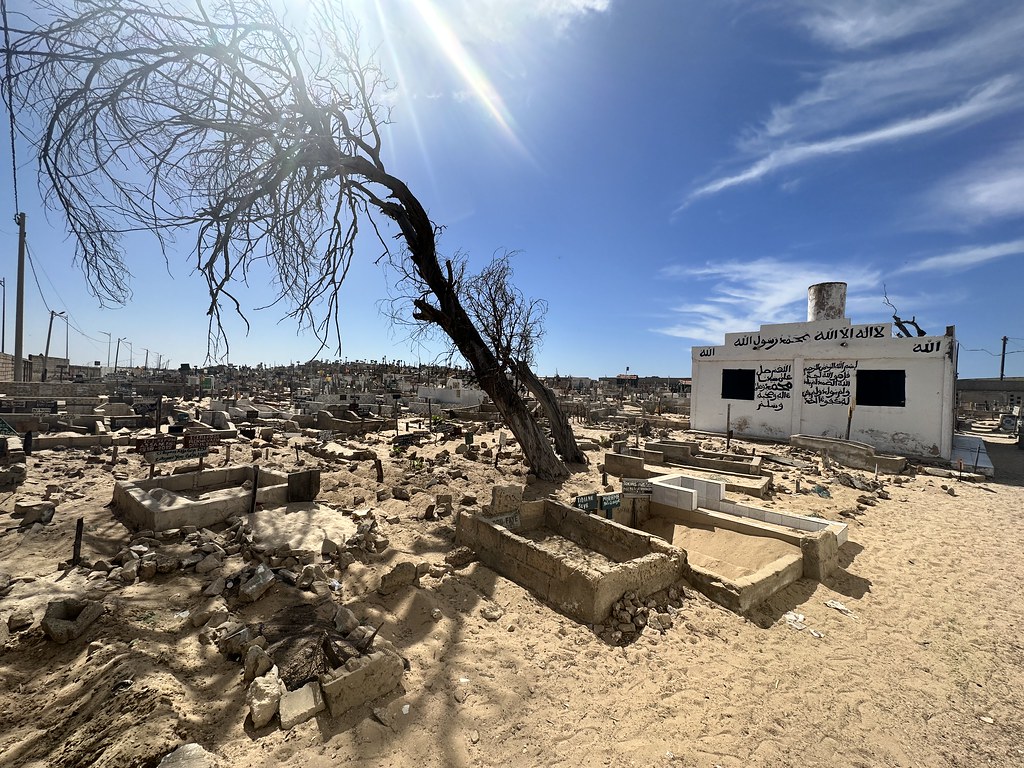 Afterwards we turned back to take shelter from the desert sun while Evan and Sameer recuperated long enough for another afternoon’s hike up one mile to cross the border into Mauritania territory (which I had already done when I crossed a dodgy patch of no man’s land 3 years ago). There’s no Mauritanian visa border post for another 6 miles anyway, and even if they did decide to walk that far, it would be an easy visa on arrival for 55 euros.

The riddle is: Does this count as visiting a new country for them?